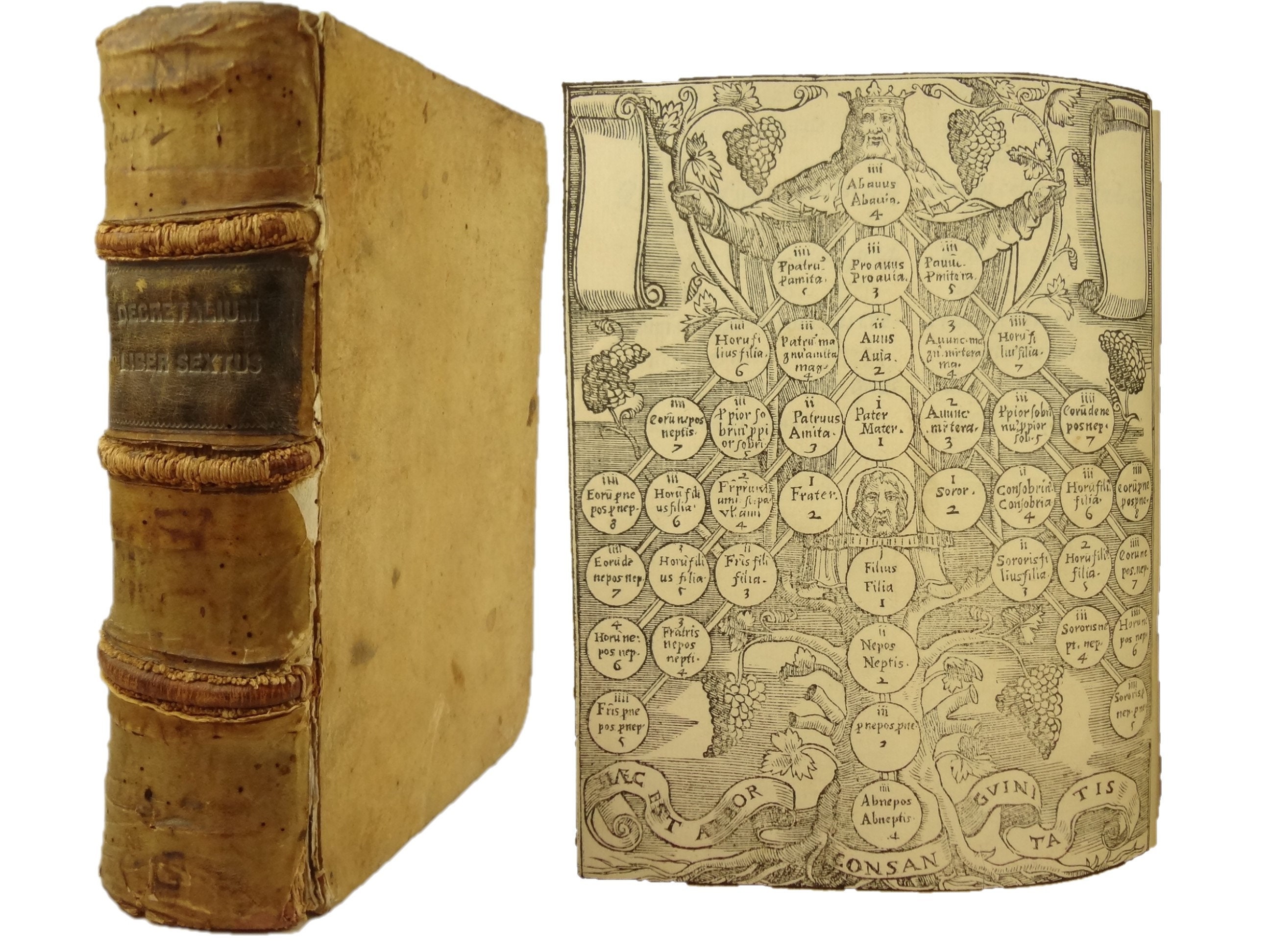 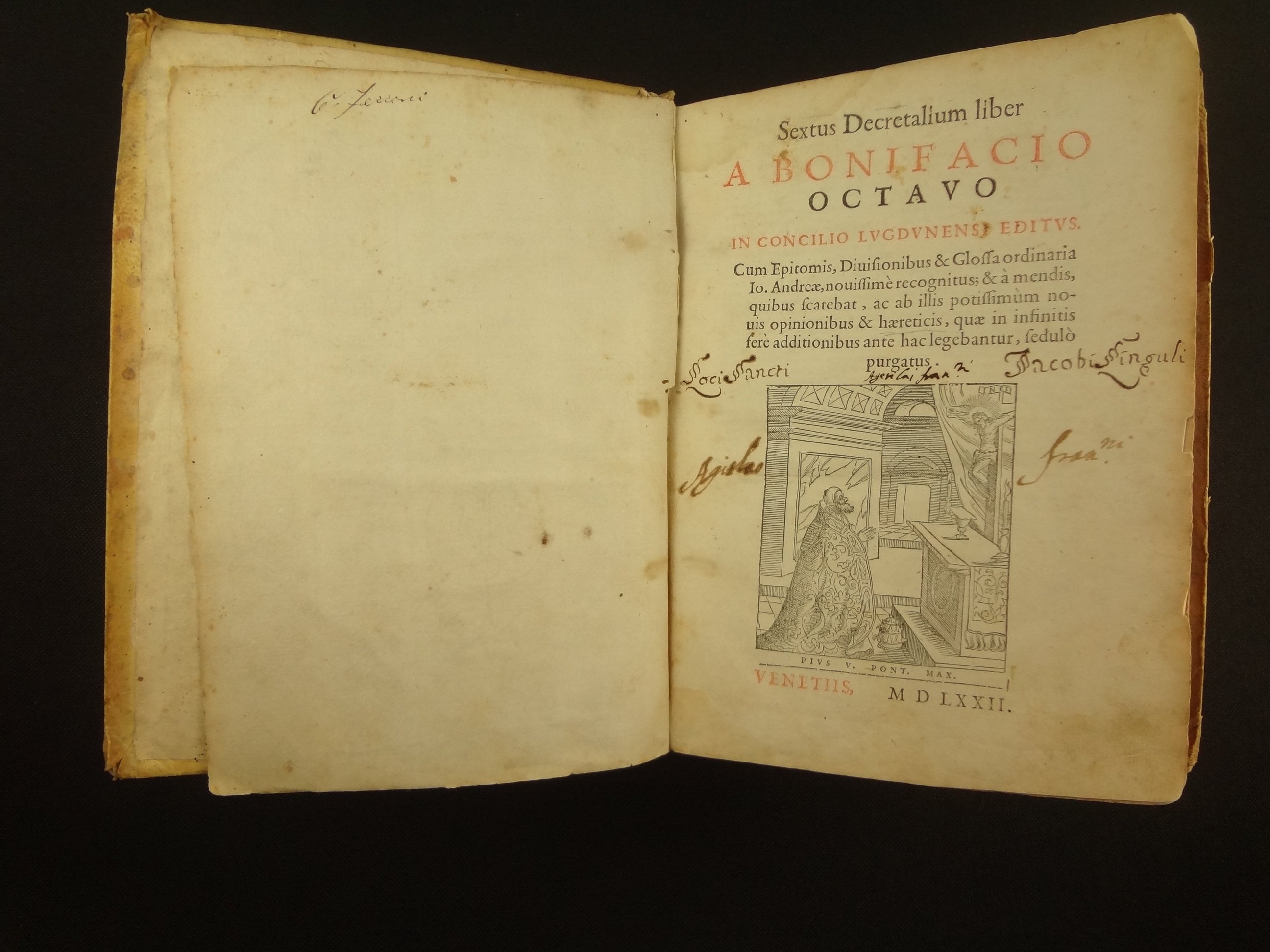 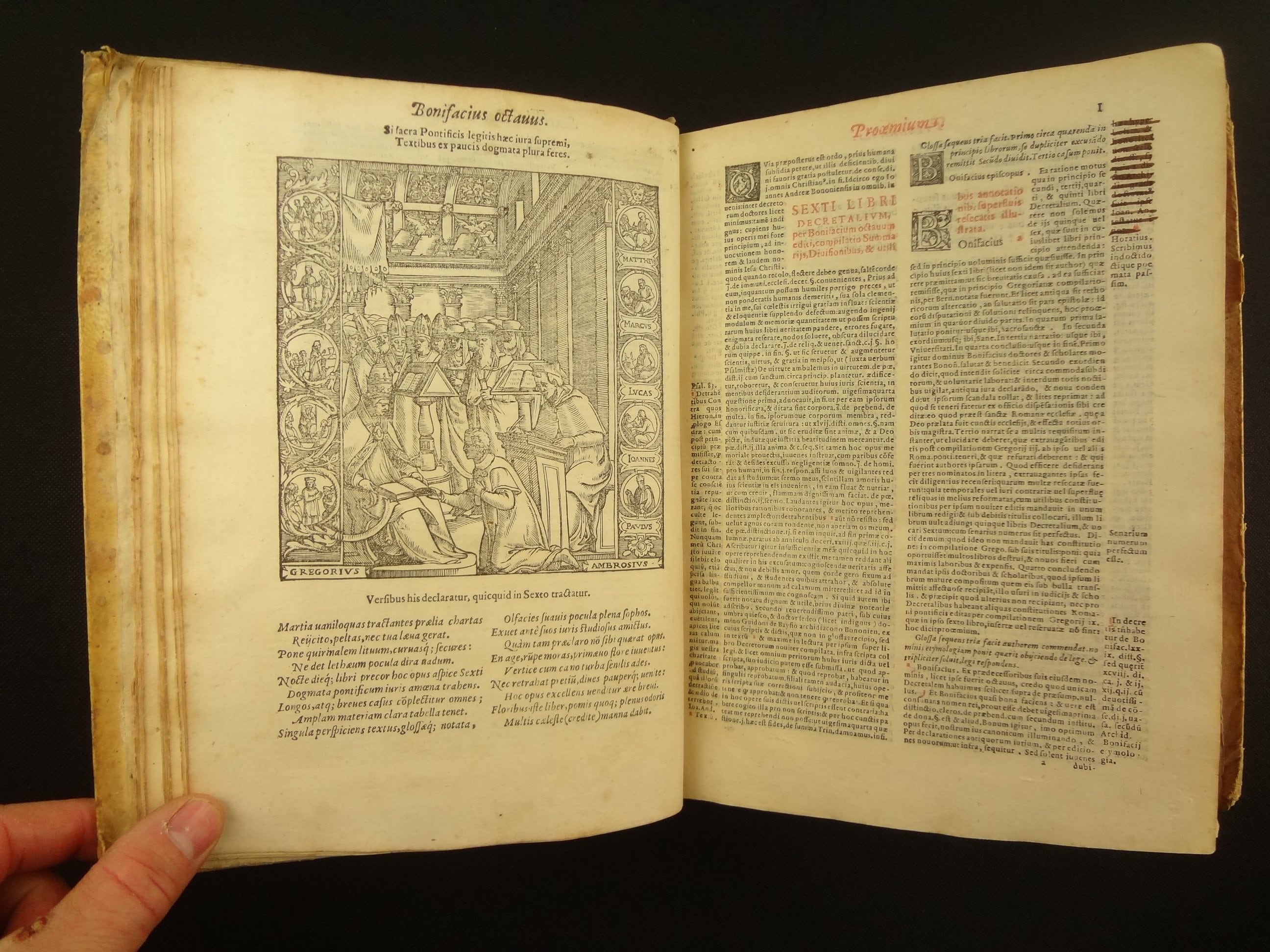 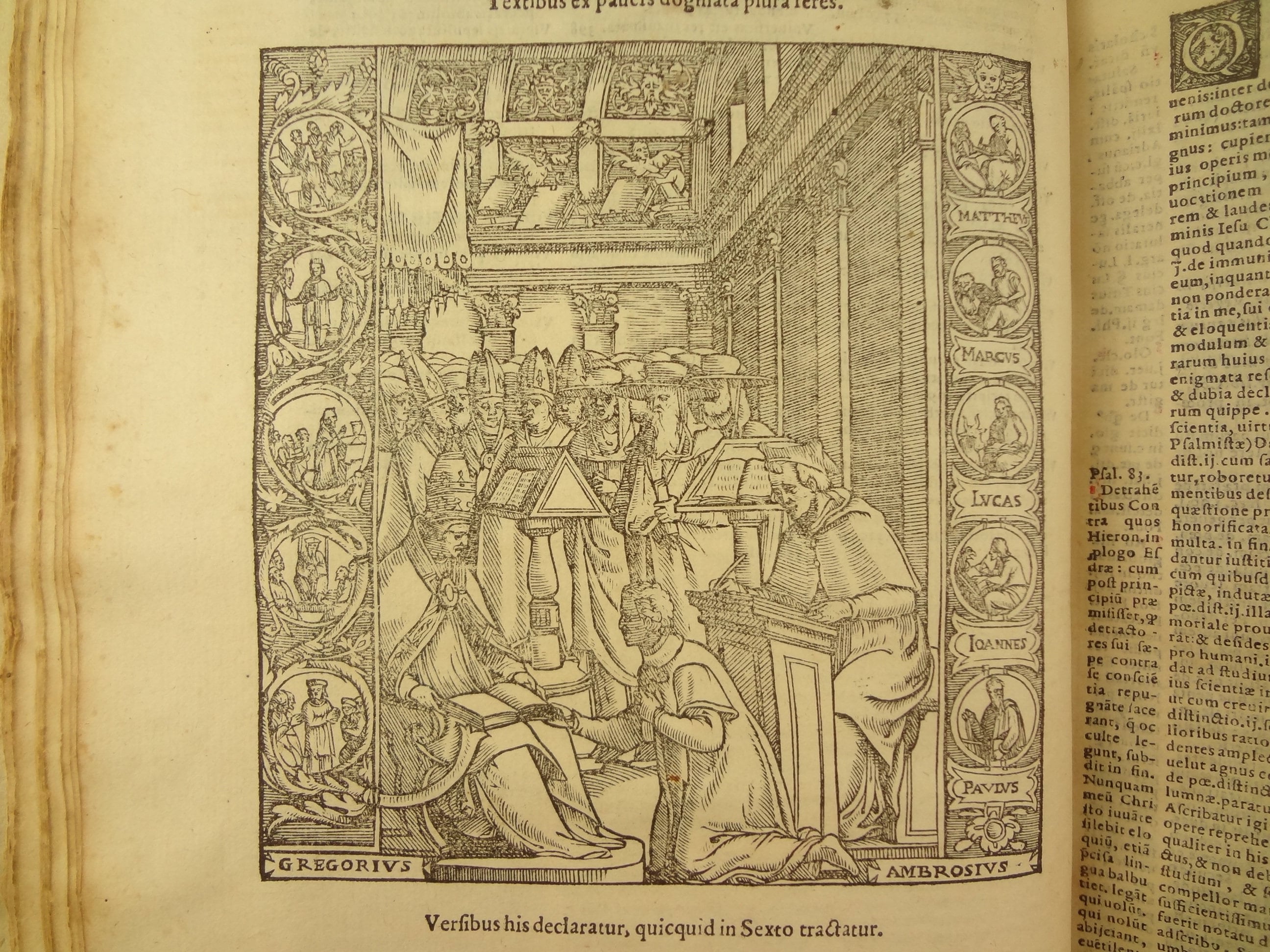 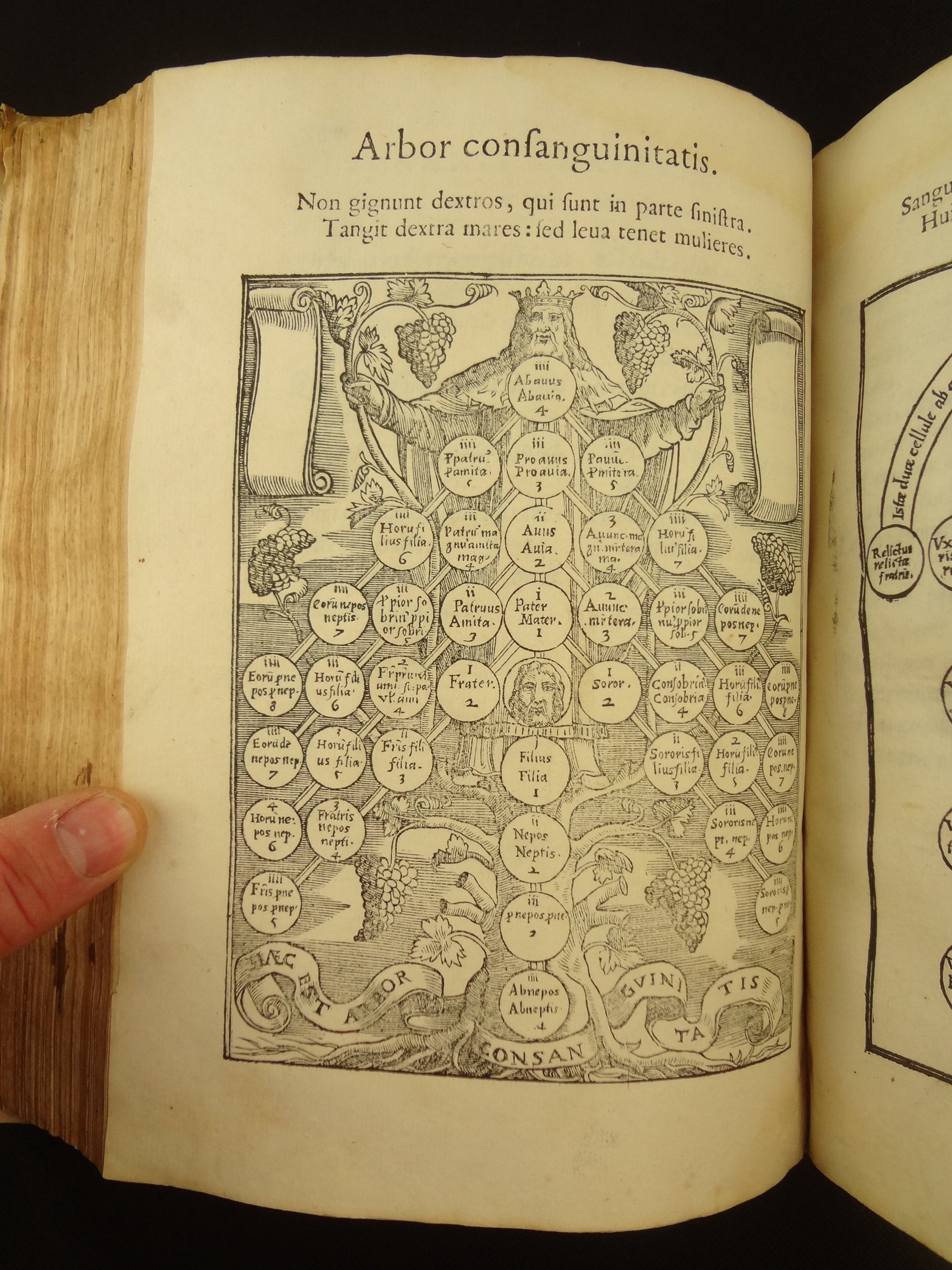 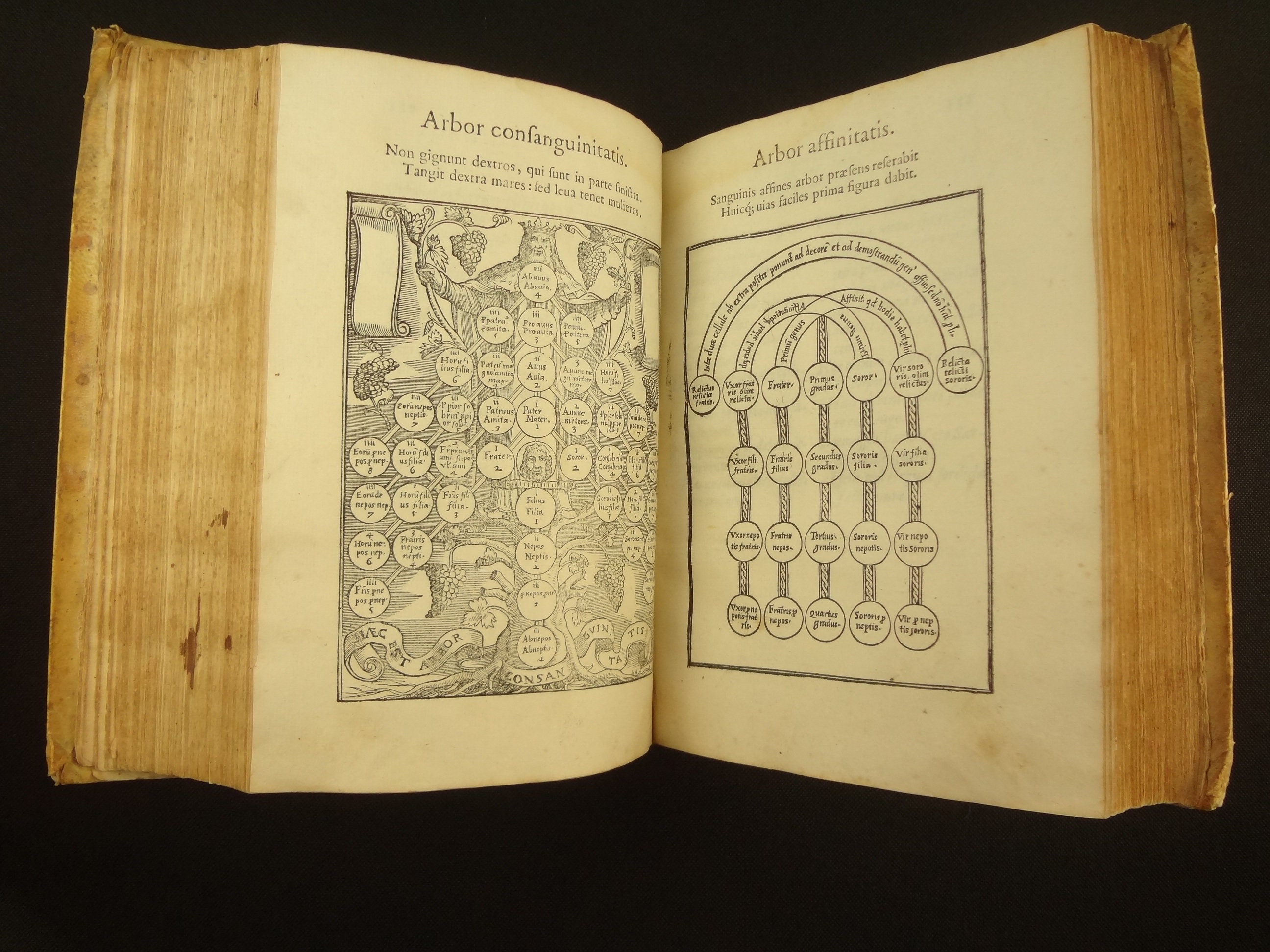 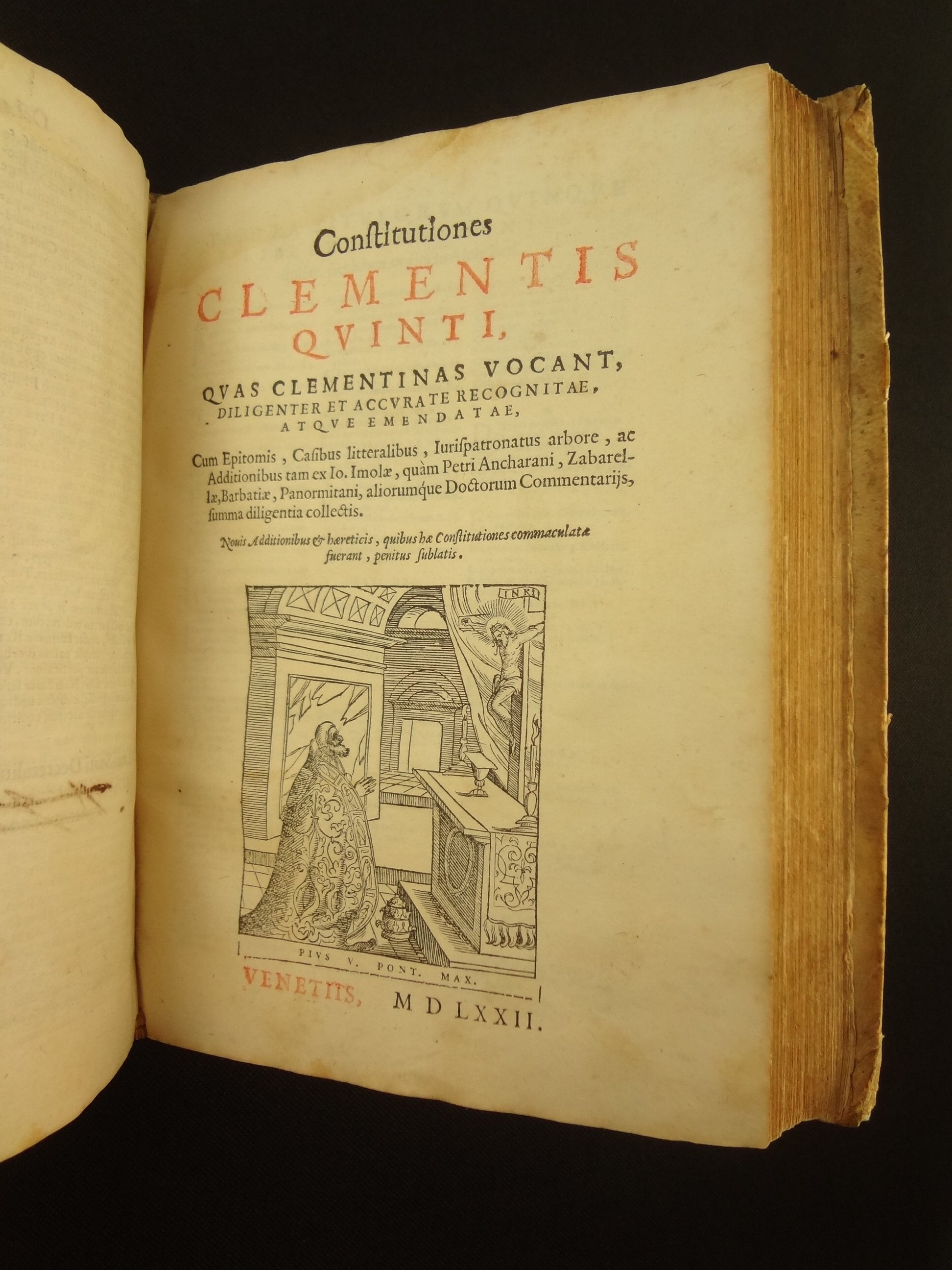 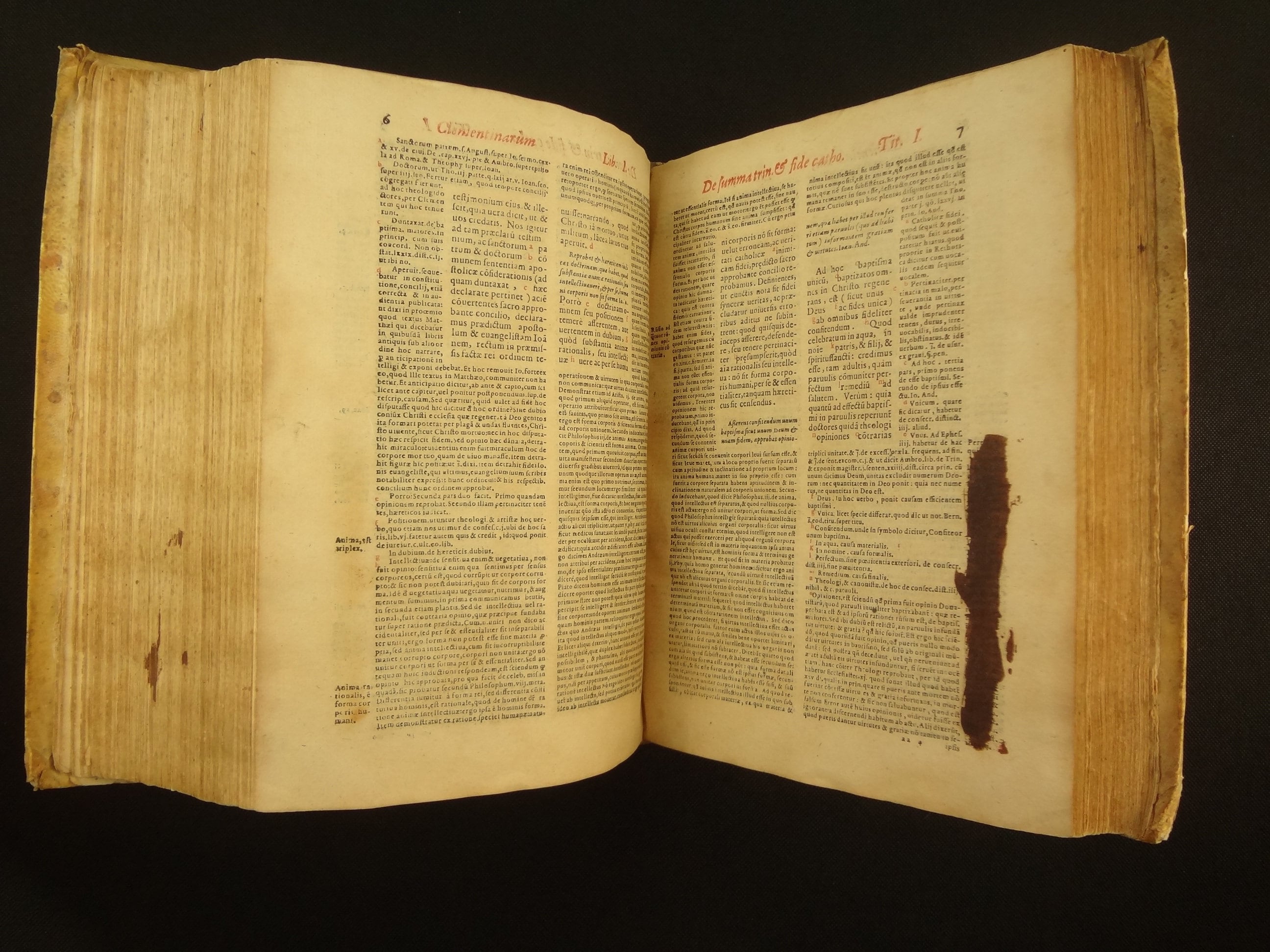 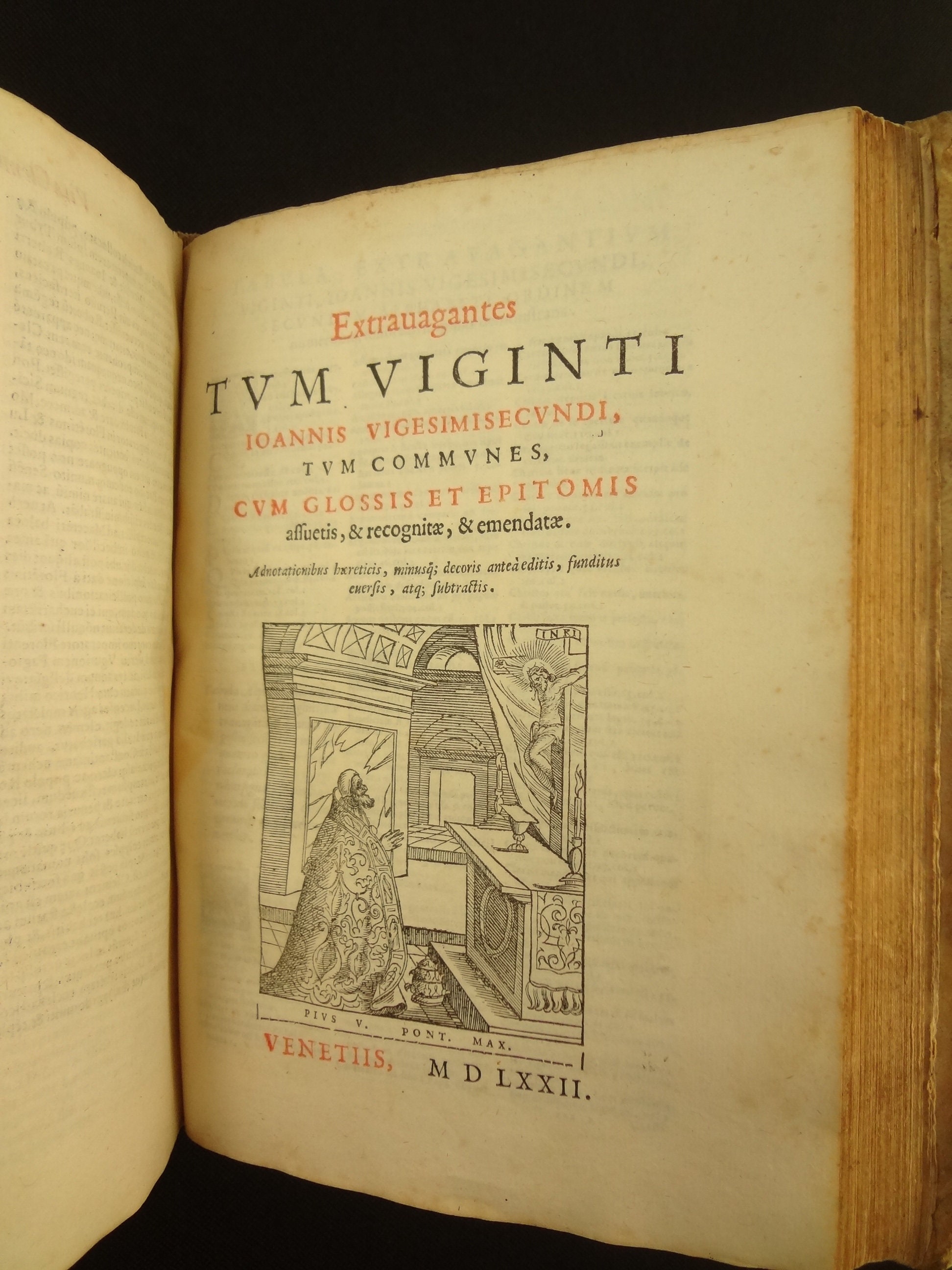 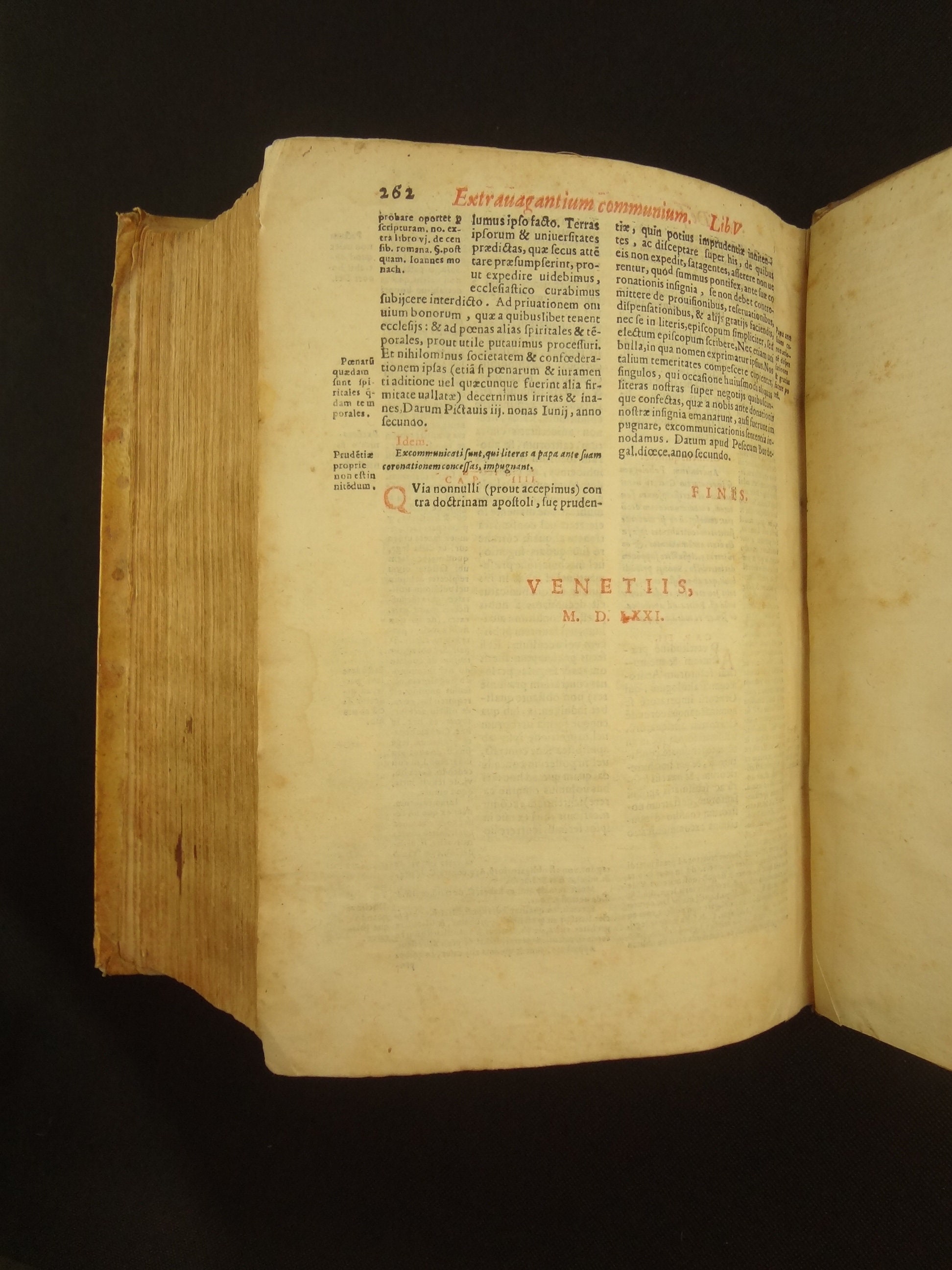 A handsome binding holding three primary works partially forming the body of canon law (Corpus Jurus Canonicas), with nice typology, a repeating title-page image of the pope at the alter, a woodcut of Boniface VIII on the papal throne, and three "arboris" illustrations:

1. Sextus Decretalium liber a Bonifacio Octavo - Boniface VIII's decretals, first published in 1465, are papal letters containing decisions of ecclesiastical law regarding issues such as ordination and privileges of priests, election of bishops, celebration of the sacraments, and veneration of relics. Commentary is by the celebrated canonist, Giovanni d'Andrea.

2. Constitutiones Clementis - This collection of laws, enacted by Pope Clement V at the Council of Vienne (1311-1312) , and promulgated in 1317 by Pope John XXII, govern matters of faith and discipline for members of the Catholic Church

The title page has a number of inscriptions, two of which read "Soci Sancti" and "Fran.ni.", indicating the book was in the possession of the Franciscan society.

Measures approx. 24.5 x 18.5 x 6 cm. Vellum binding with three raised bands to the spine; title impressed on black morocco in one compartment. Also, faded old manuscript inscriptions on spine. Three works in one. Each repeats the the title-page illustration of Pious V praying at the alter.