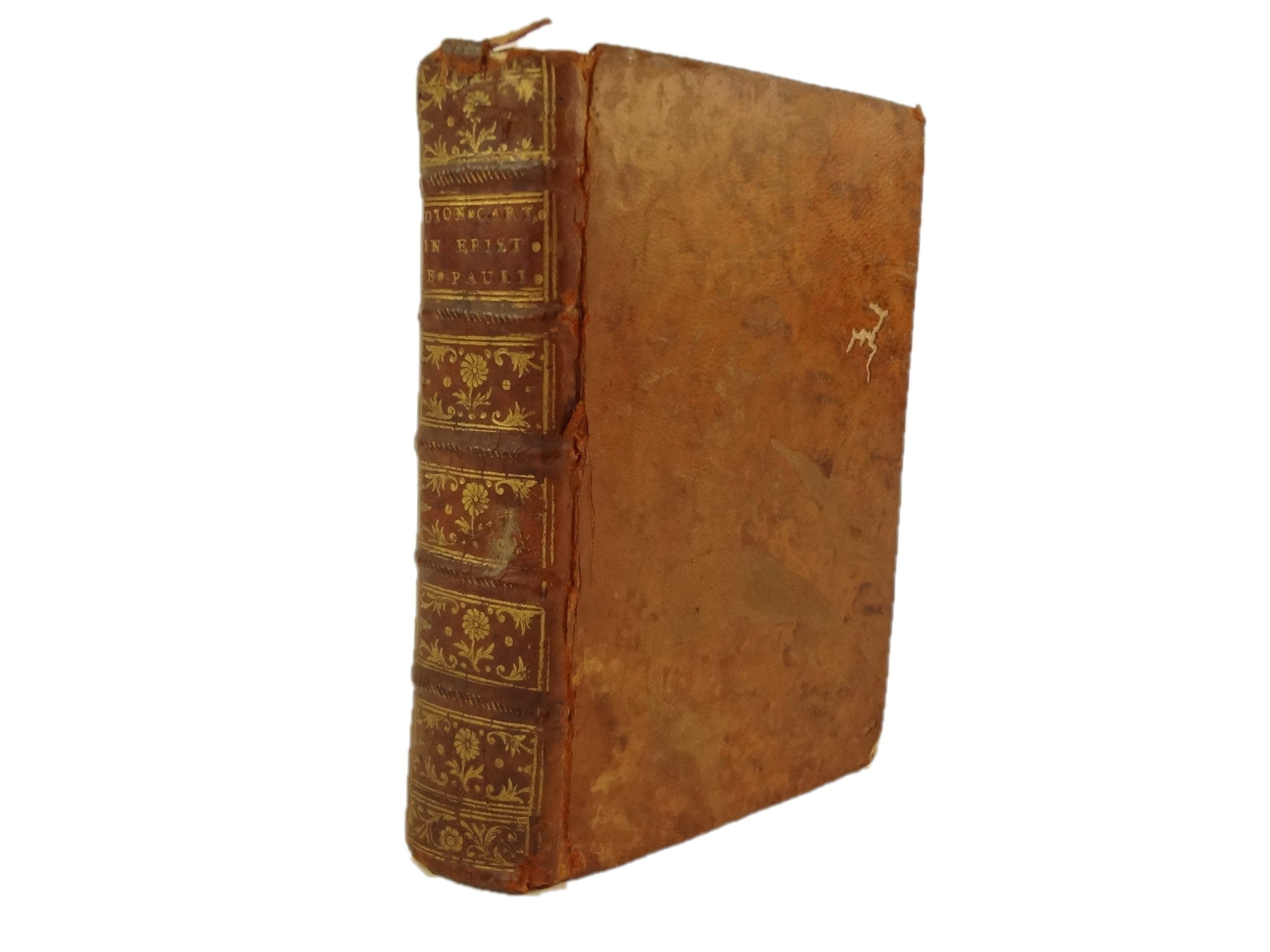 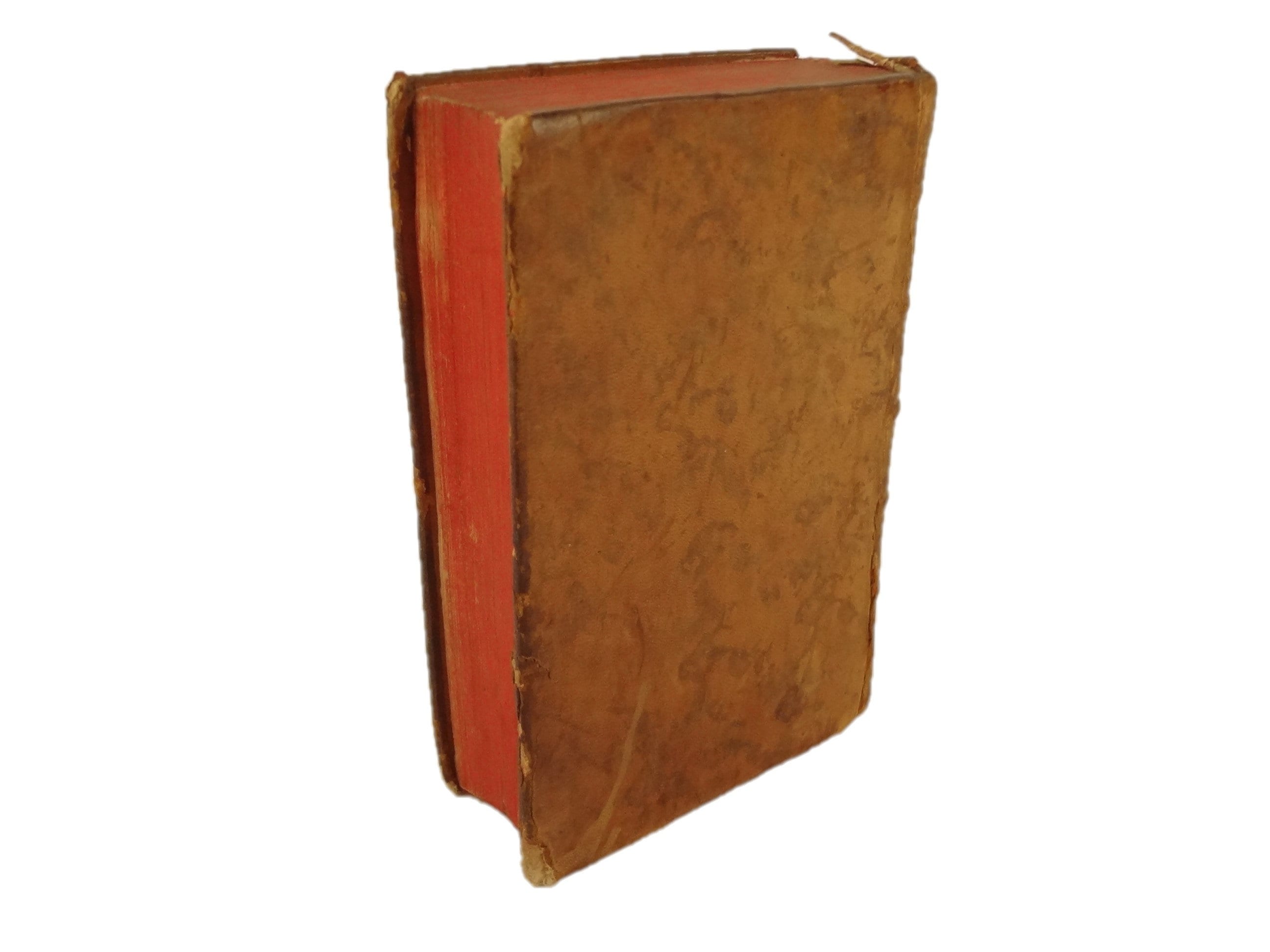 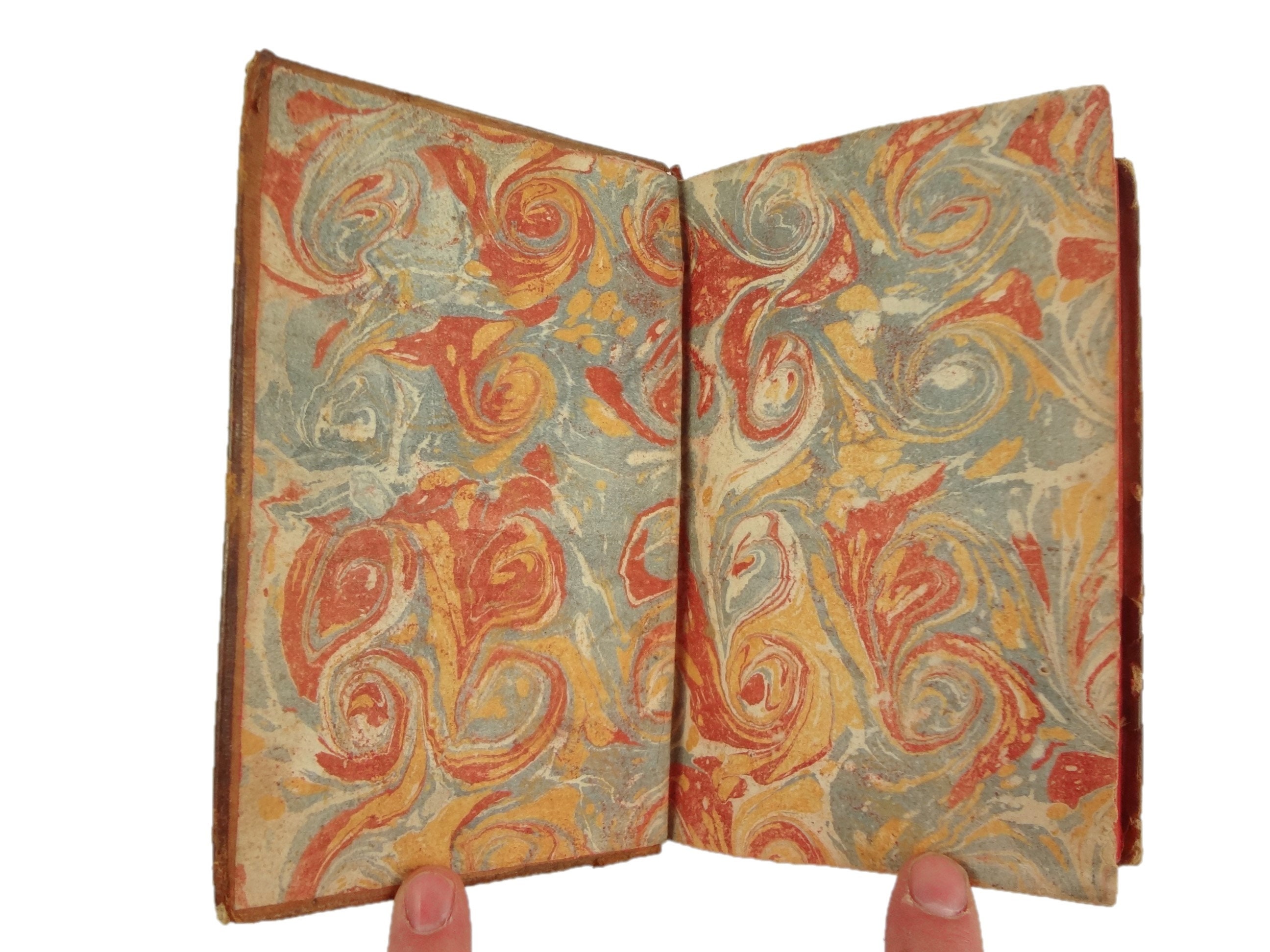 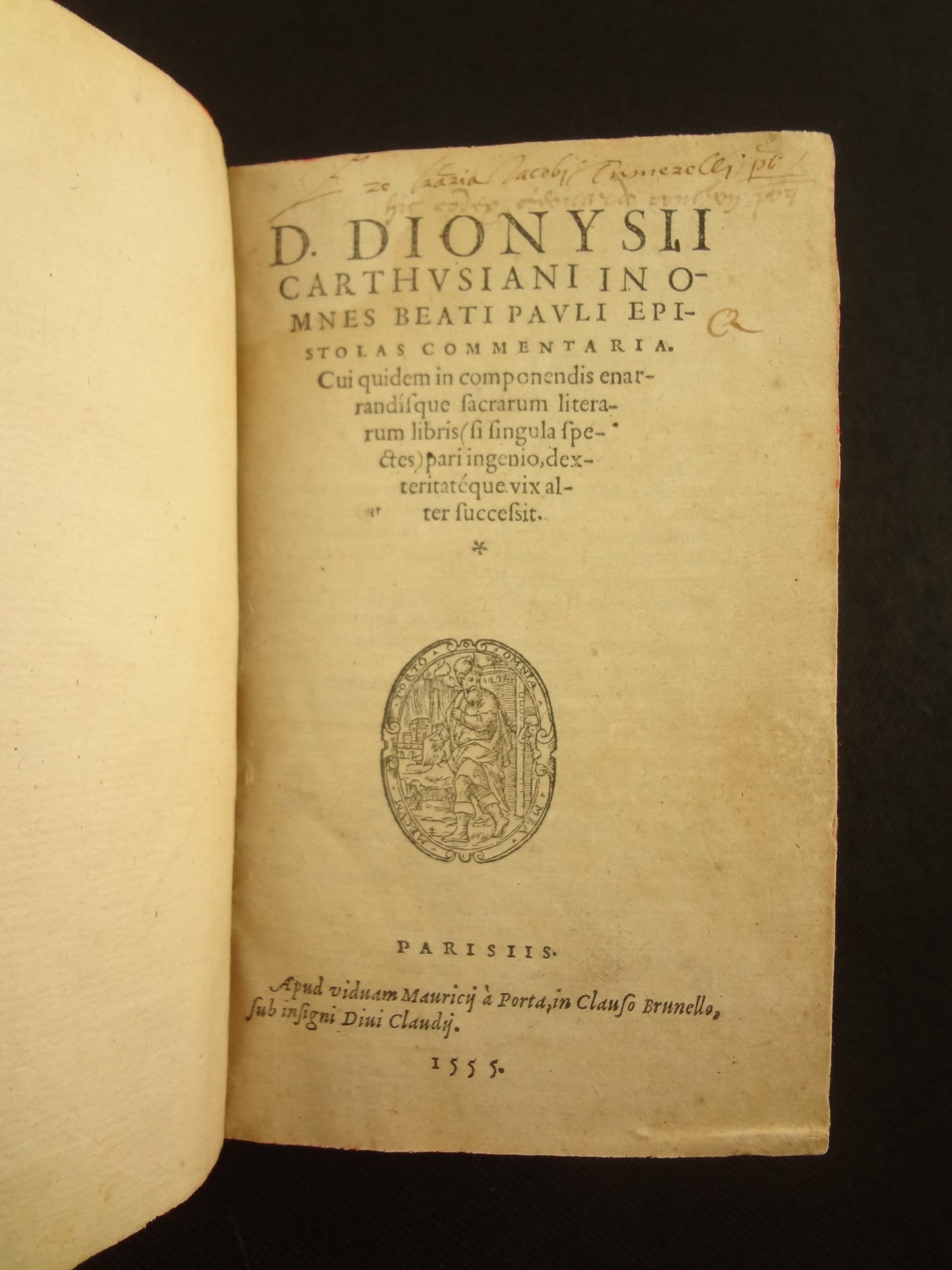 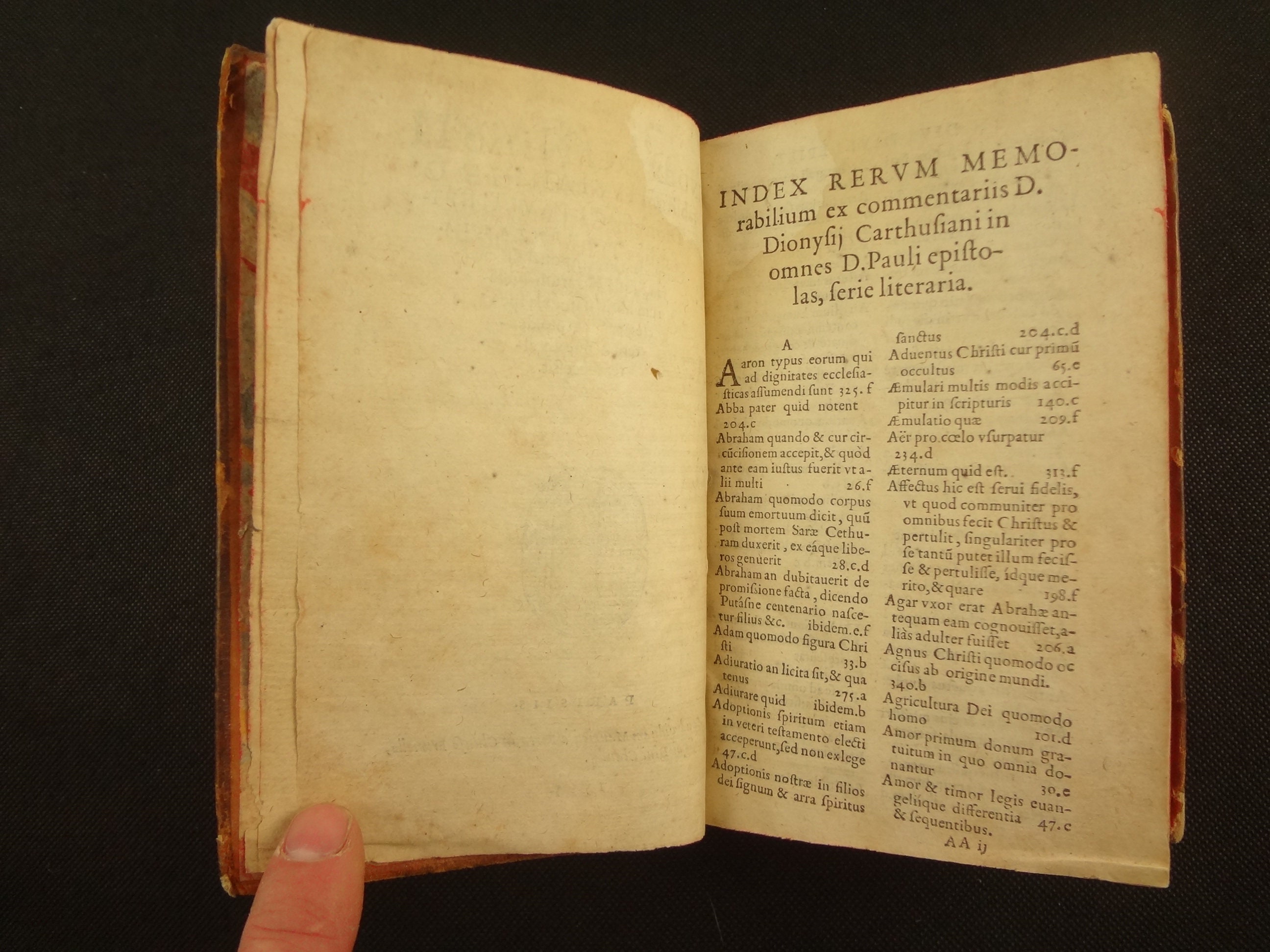 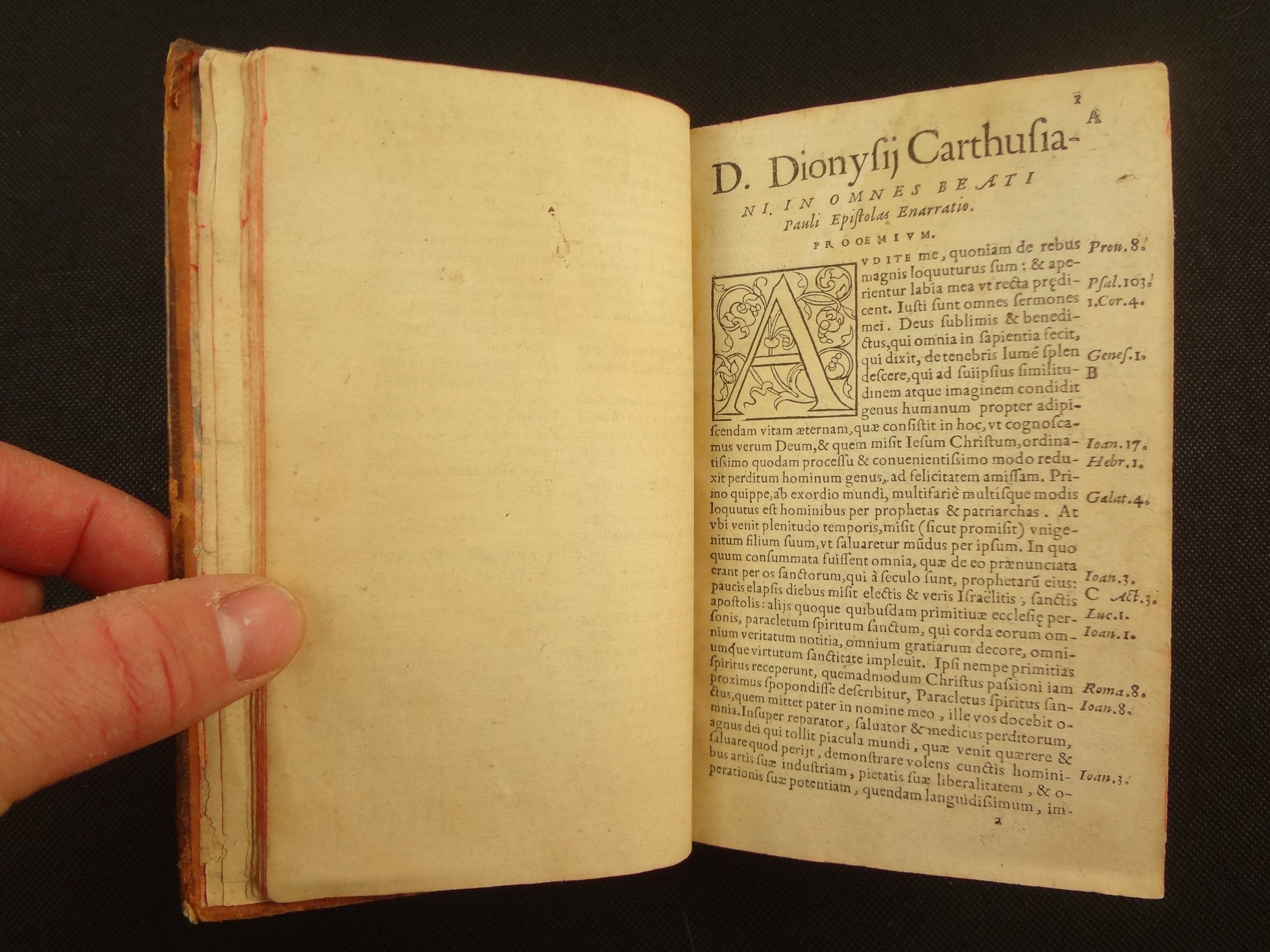 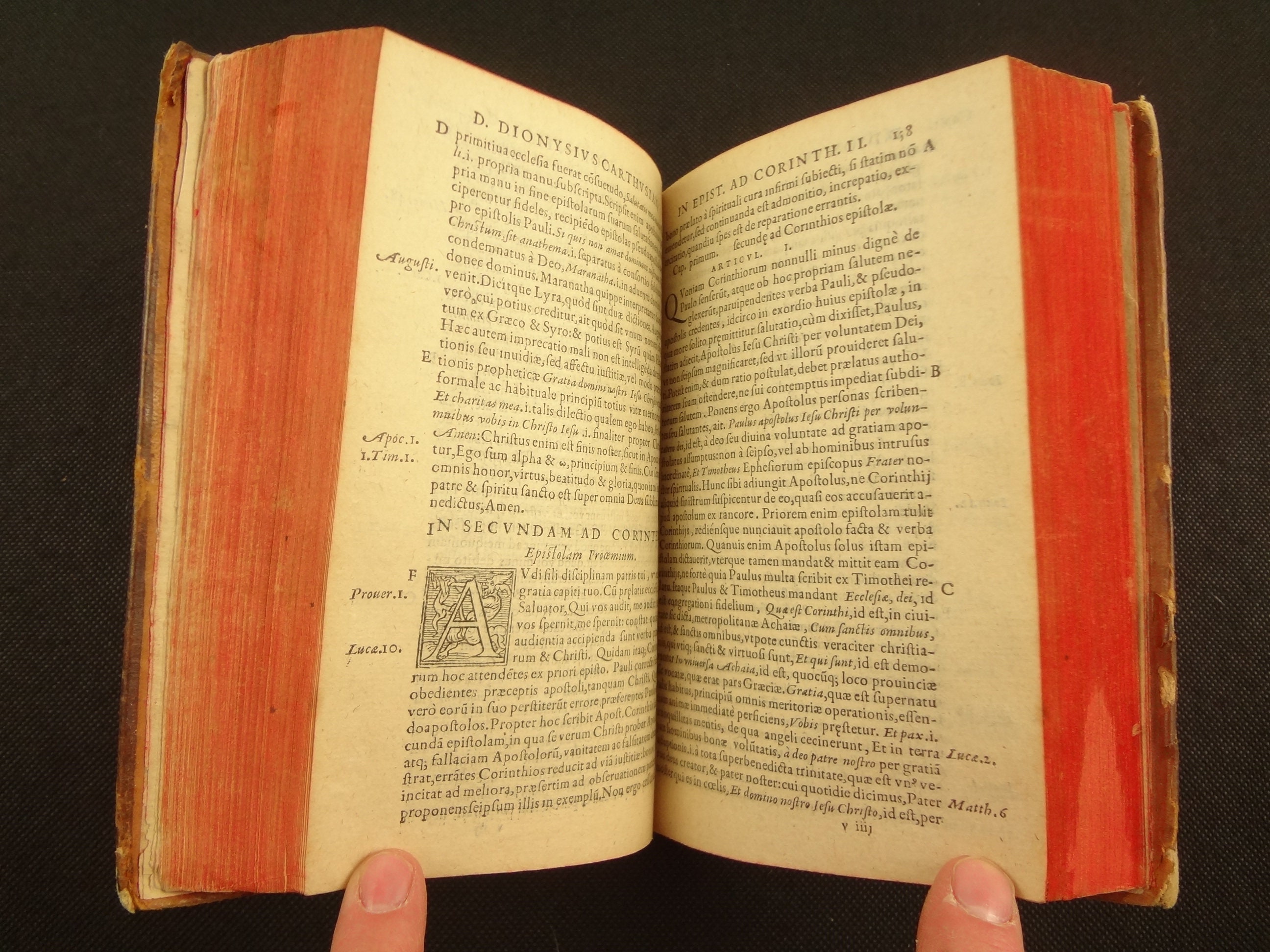 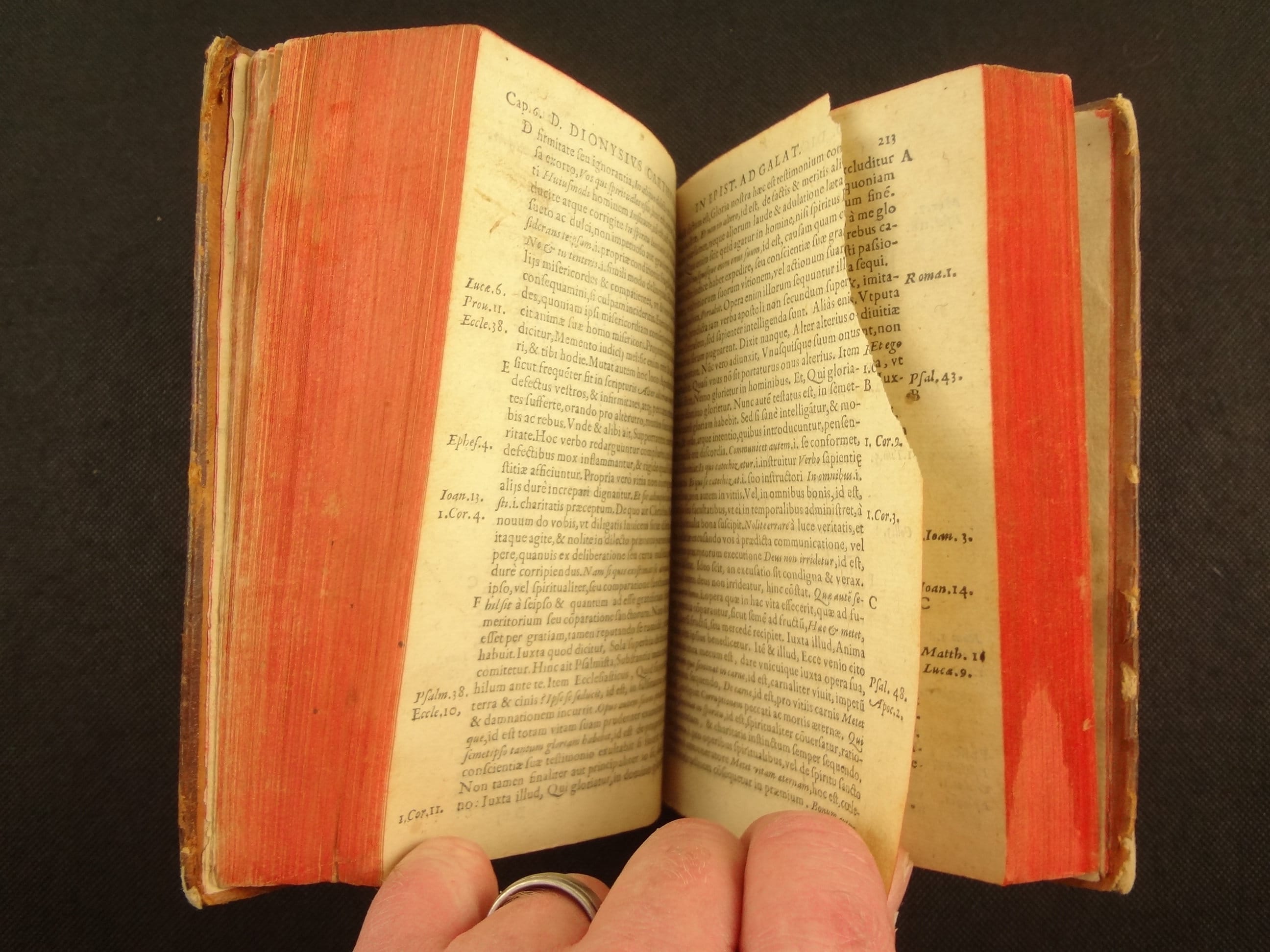 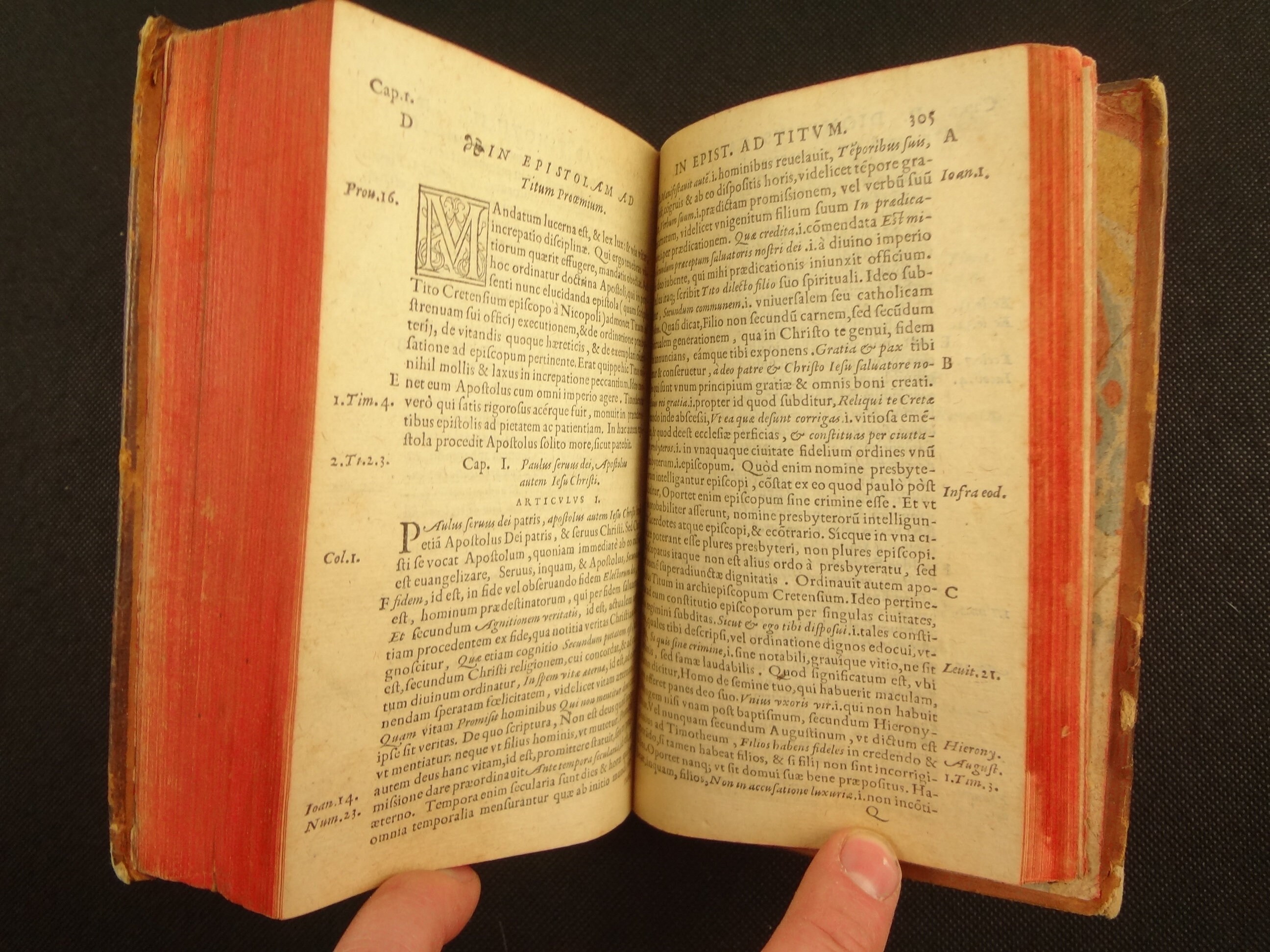 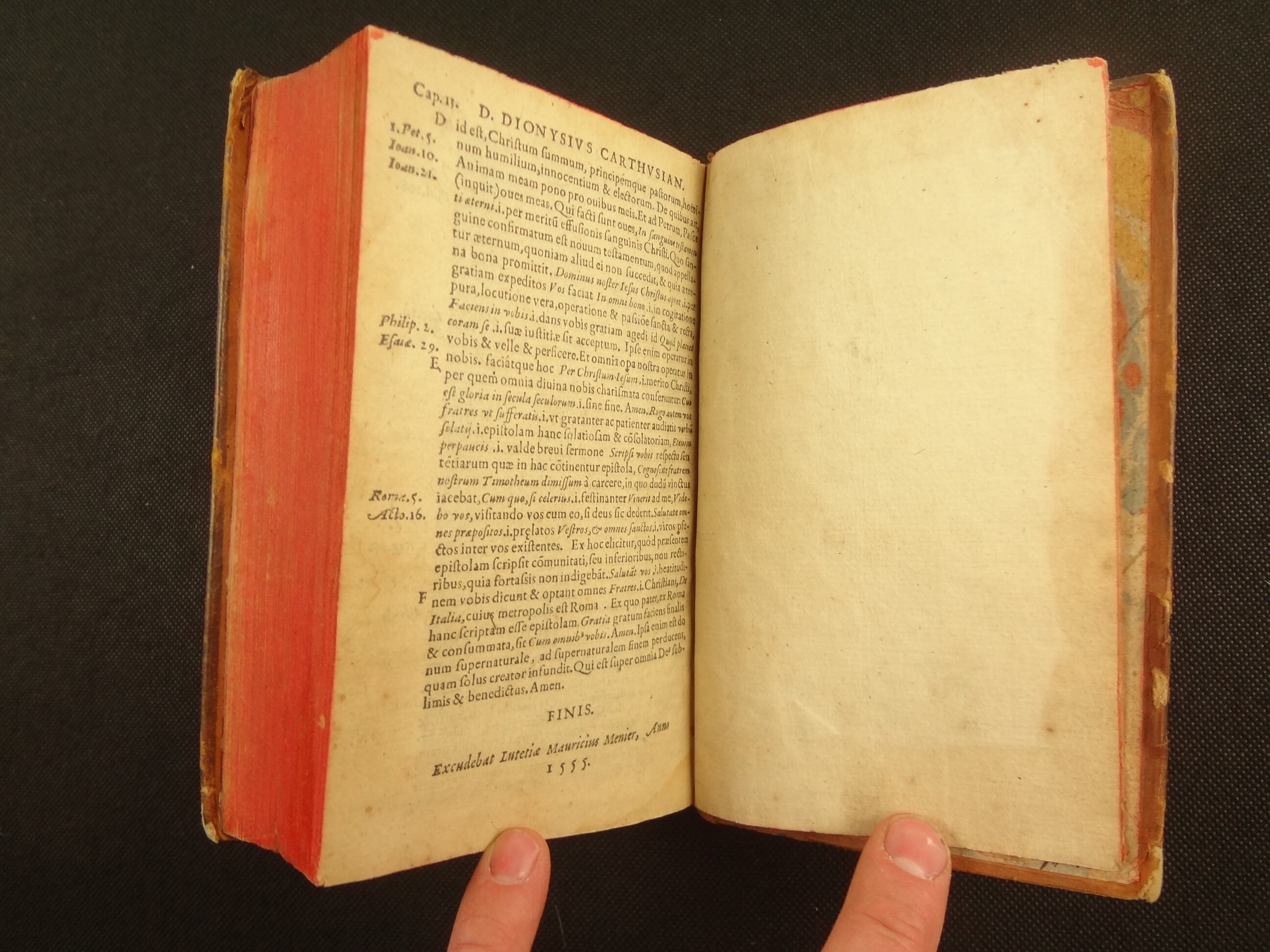 Per the rules of the guild halls, the only women who could become printers were widows and/or bereft daughters; some enjoyed great success, like Charlotte Guillard. Catherine de La Porte did not continue in the business of printing as long as some other 16th century widows; the University of St. Andrews rare book blog states, "Gabriel Buon first began actively printing in Paris in 1558, after he purchased the tools and device of another Paris printer, Catherine de La Porte, widow of Maurice de La Porte." (Cicero's Importance to Scholars of All Ages, Drew Thomas, Sept. 5, 2018)

Note: The verso of the FFEP, and top of the title page mention "v1", indicating a volume one, but neither Worldcat (library database) or the Universal Short Title Catalogue note that it's a first volume of two. That being said, there were many Denis the Carthusian works (circa 150), and it's entirely plausible a previous owner considered this commentary a pair to another commentary.


About Denis the Carthusian -

Denis the Carthusian (1402–1471), also known as Denys van Leeuwen, Denis Ryckel, Dionysius van Rijkel (or other combinations of these terms), was a Roman Catholic theologian and mystic.