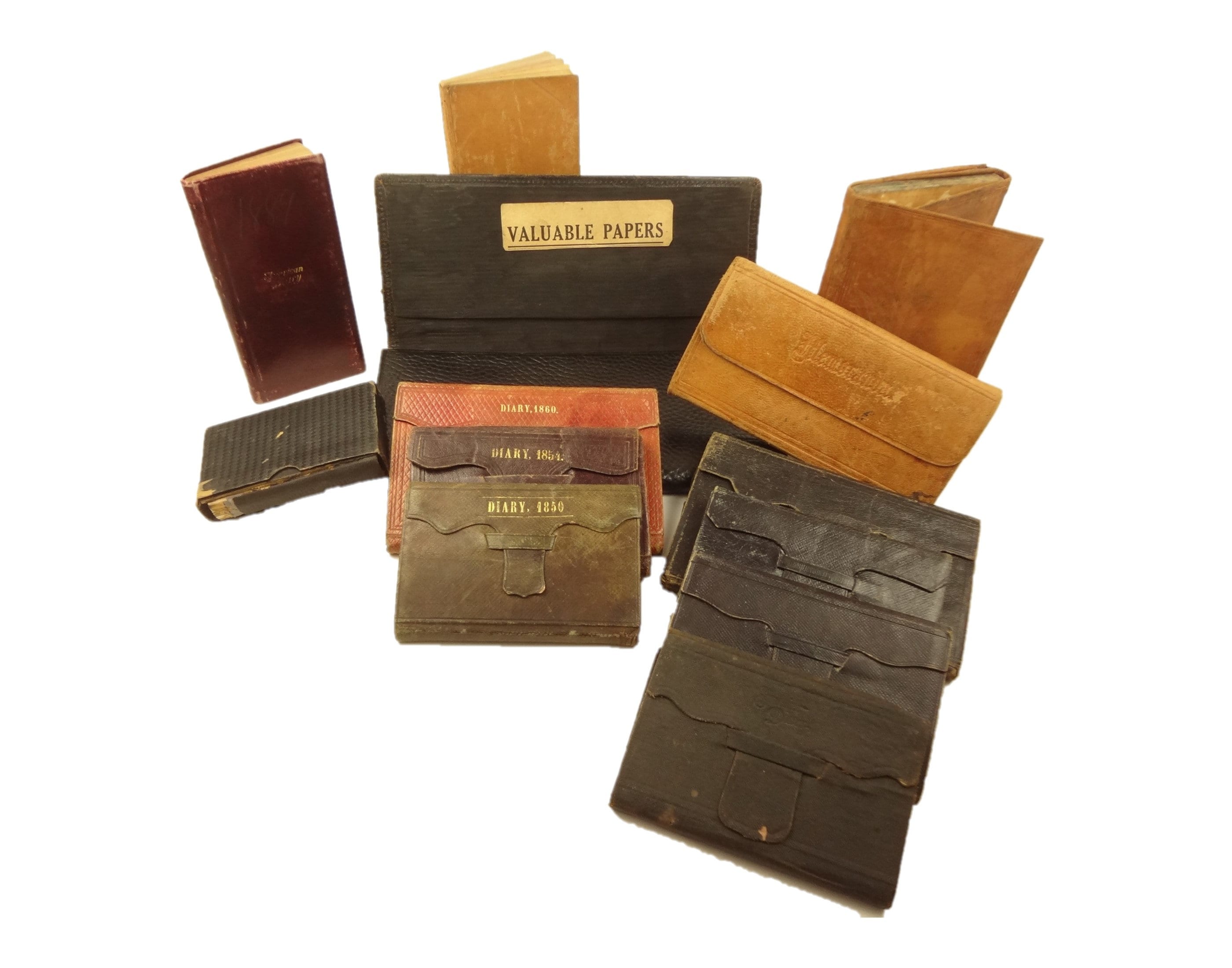 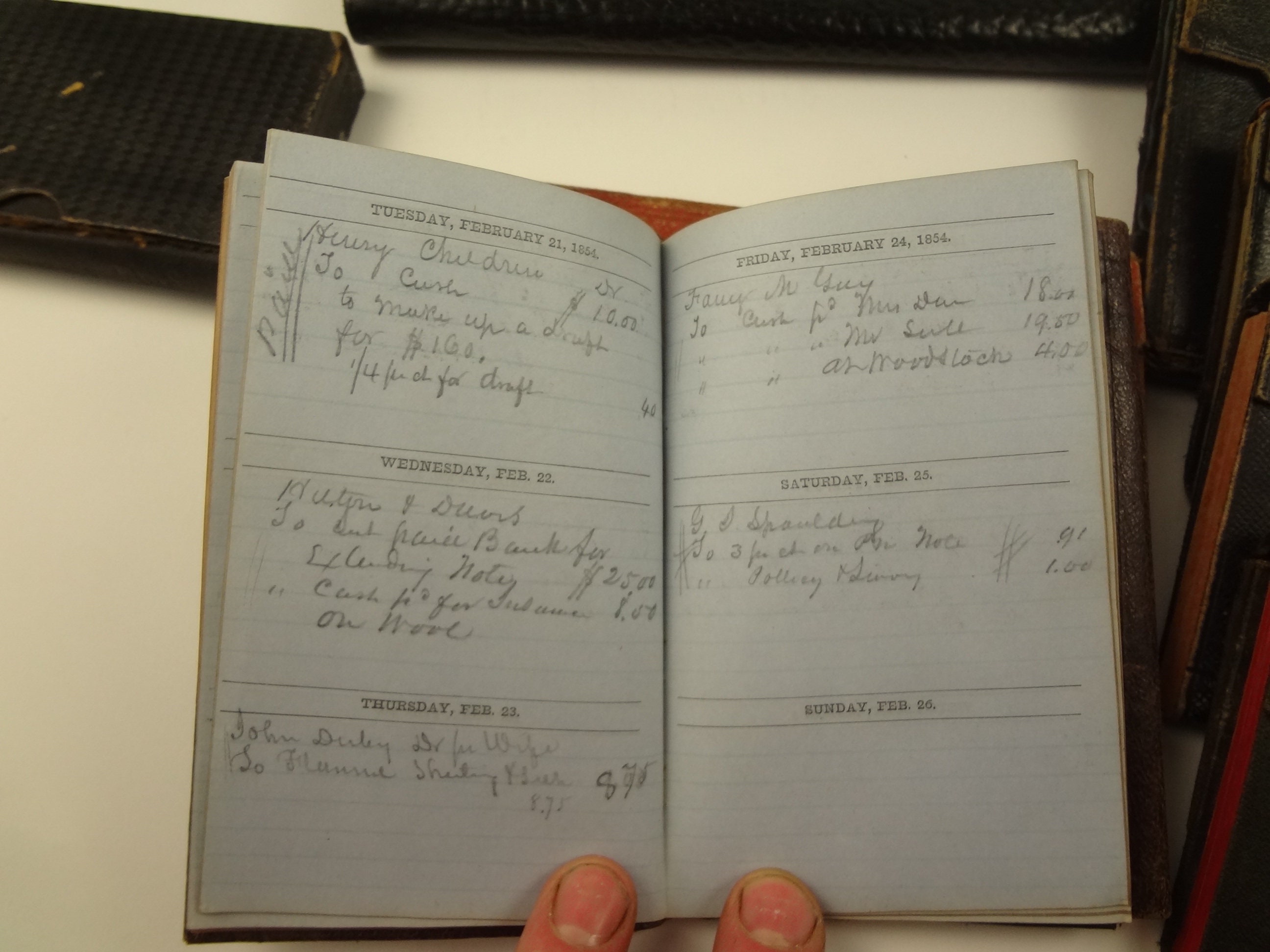 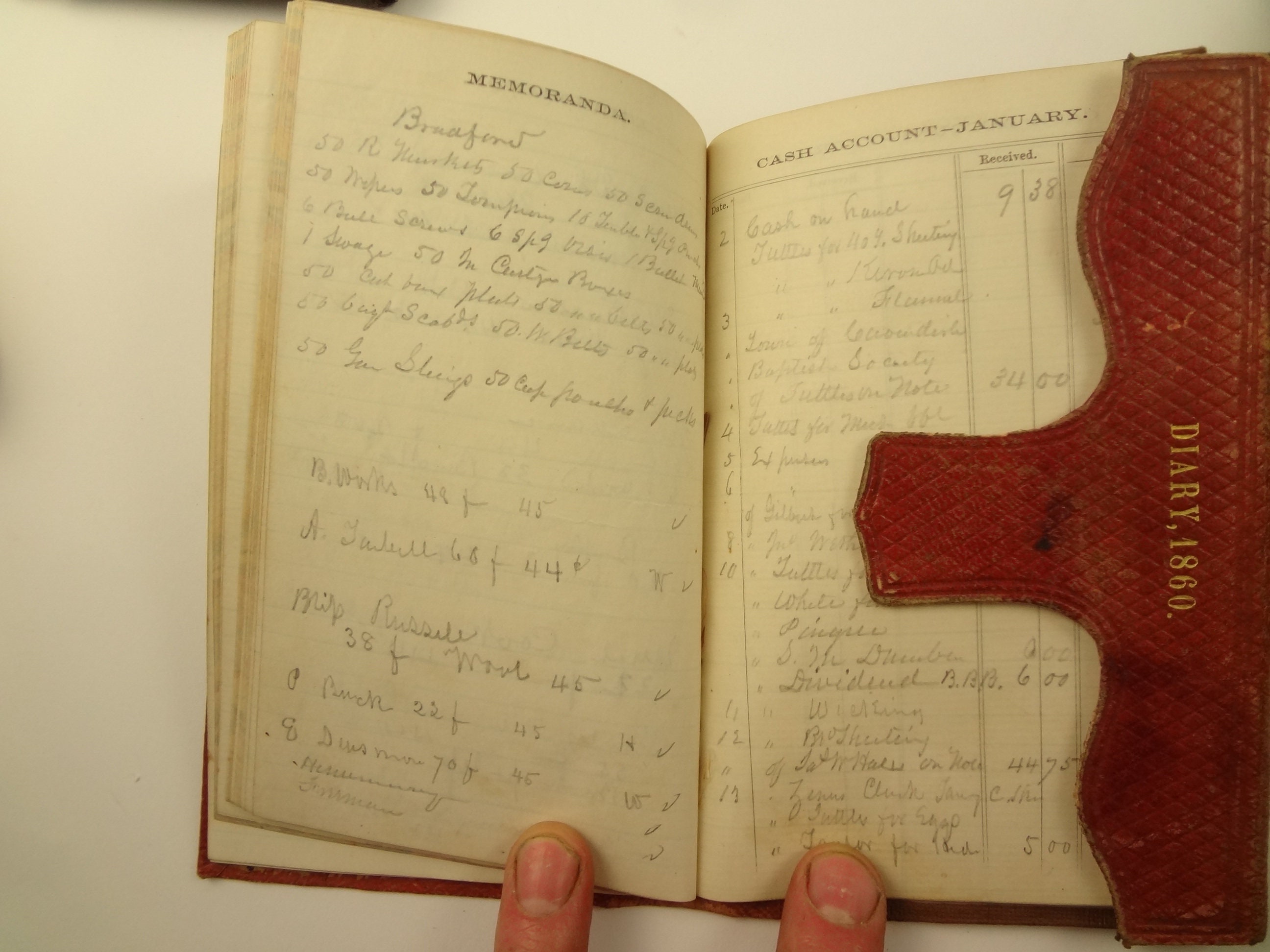 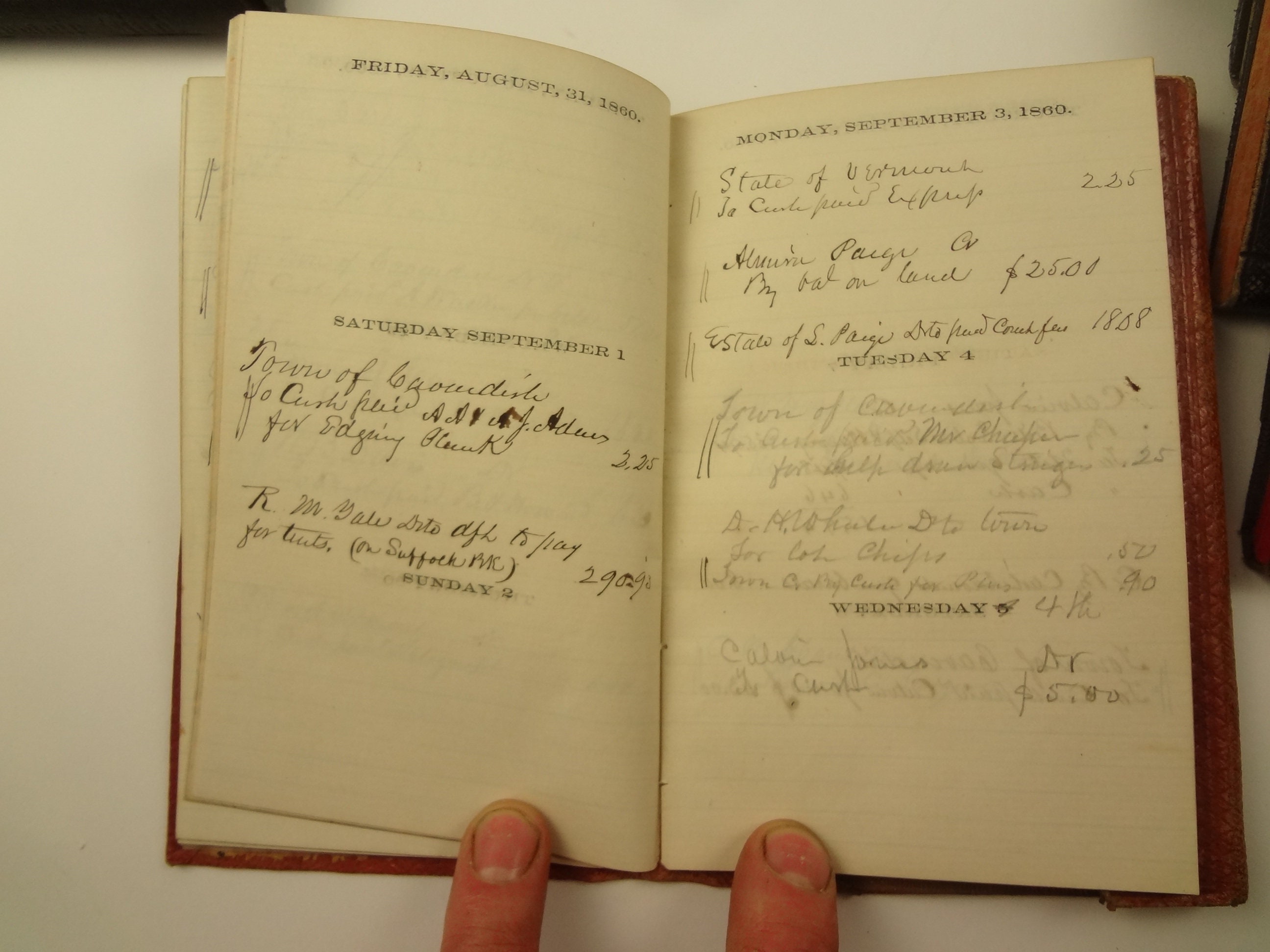 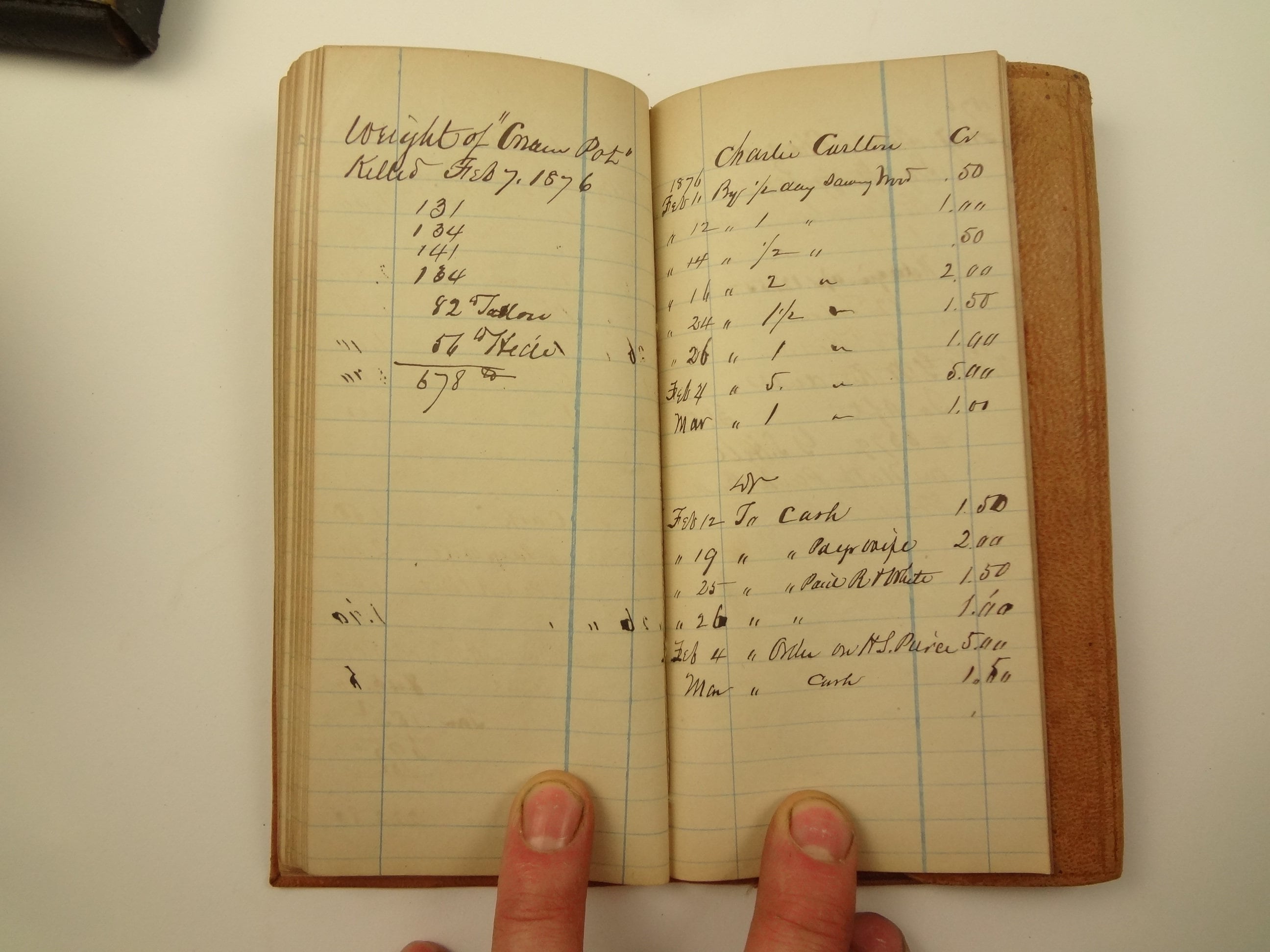 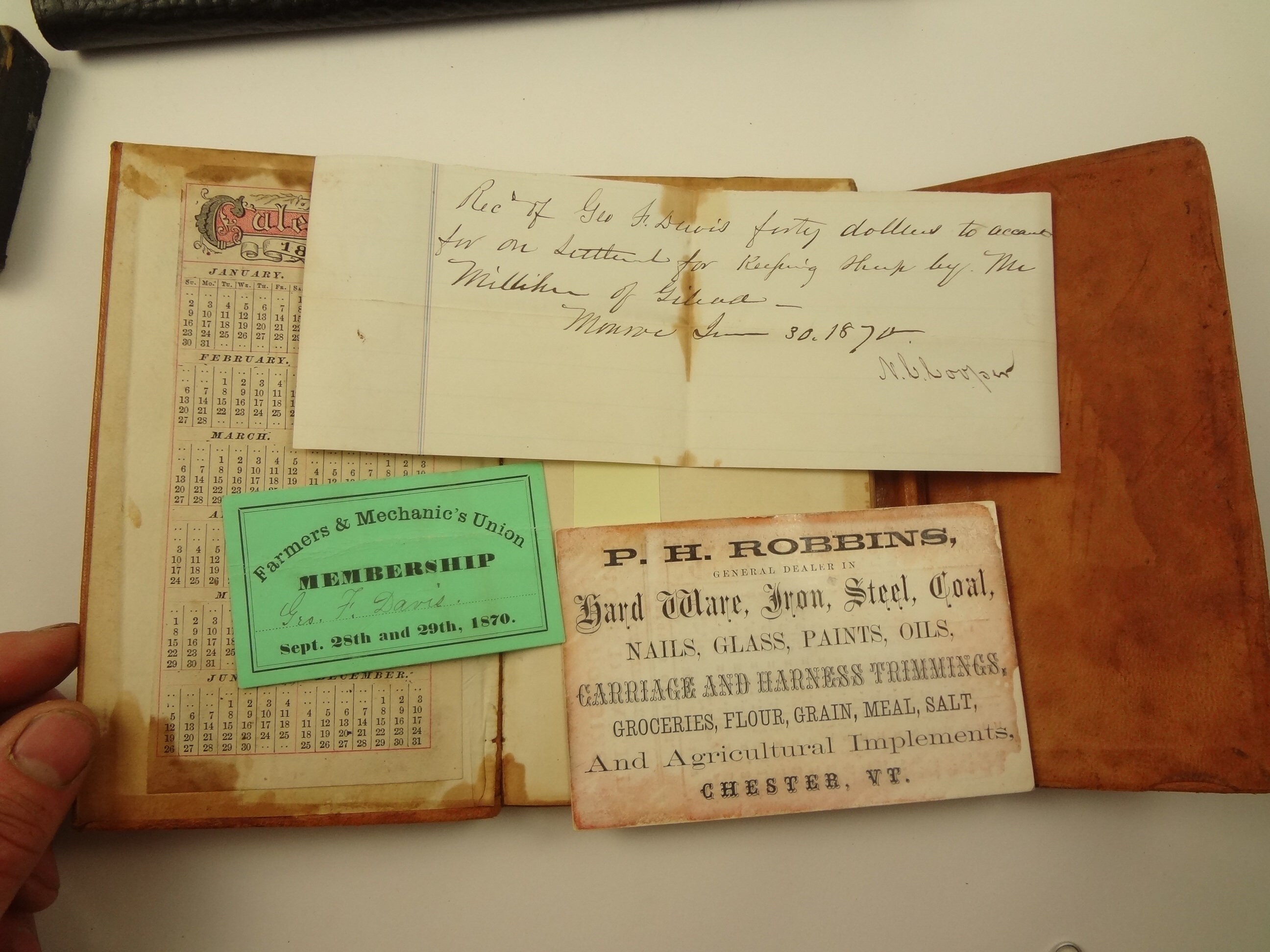 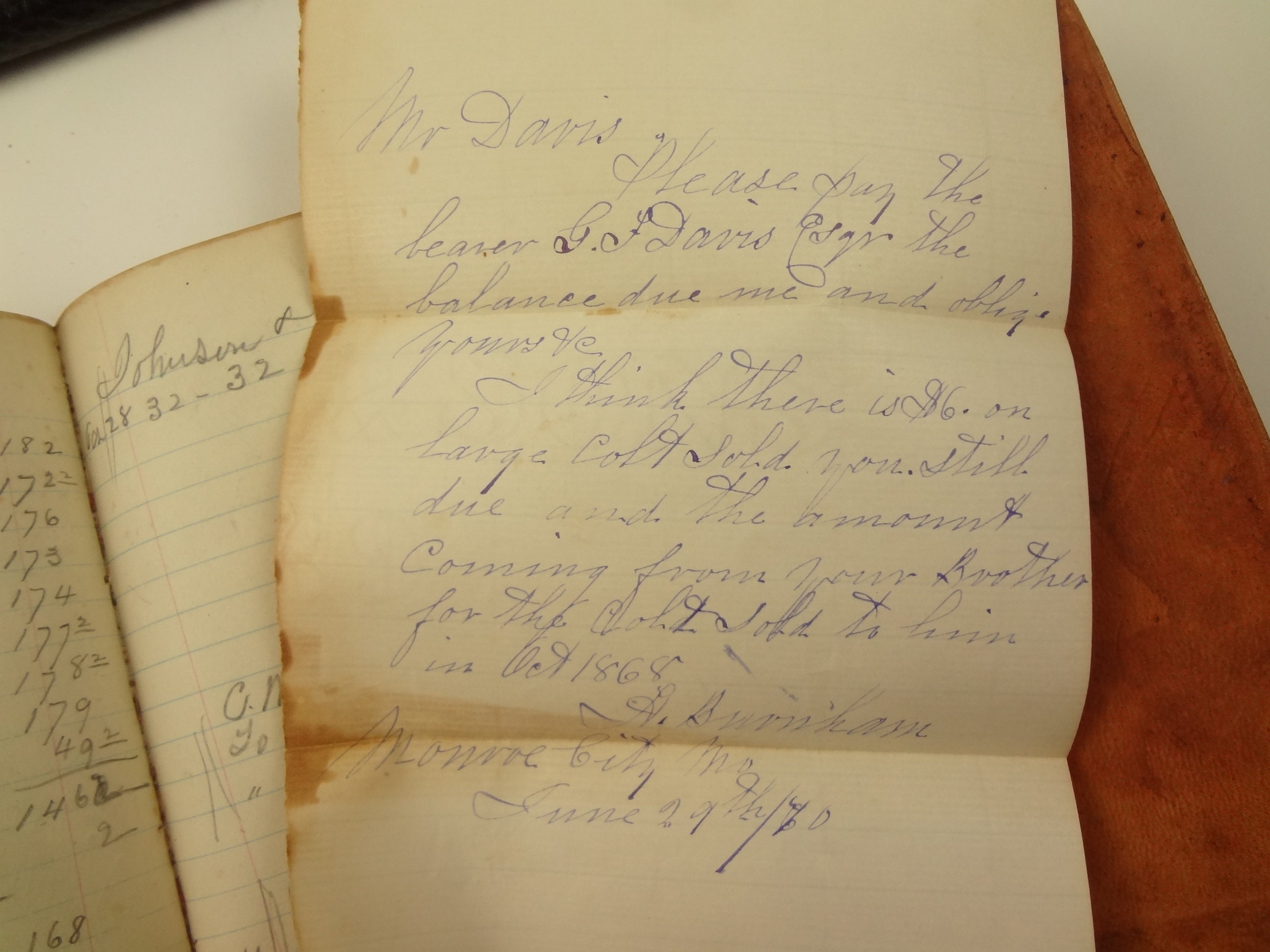 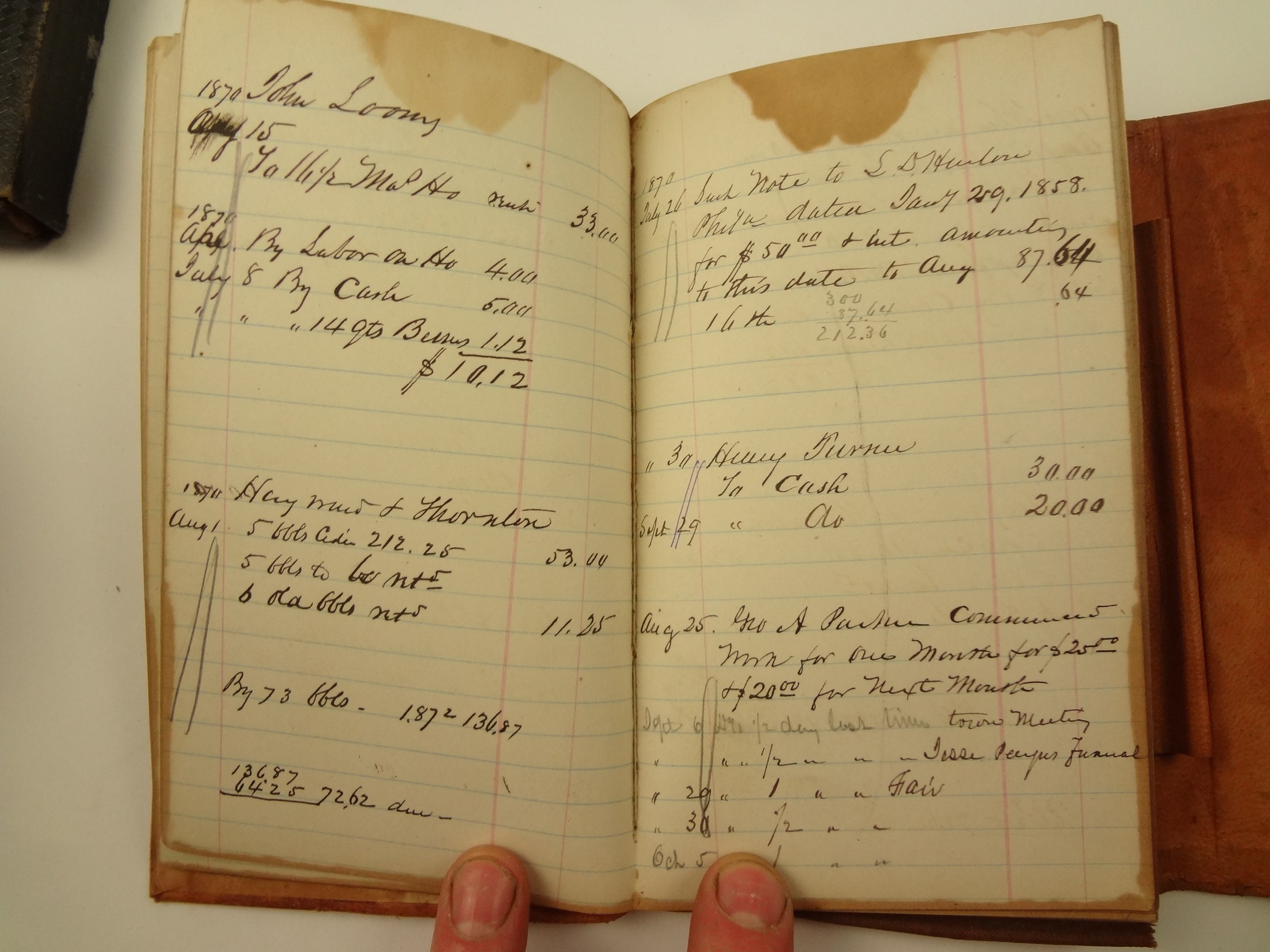 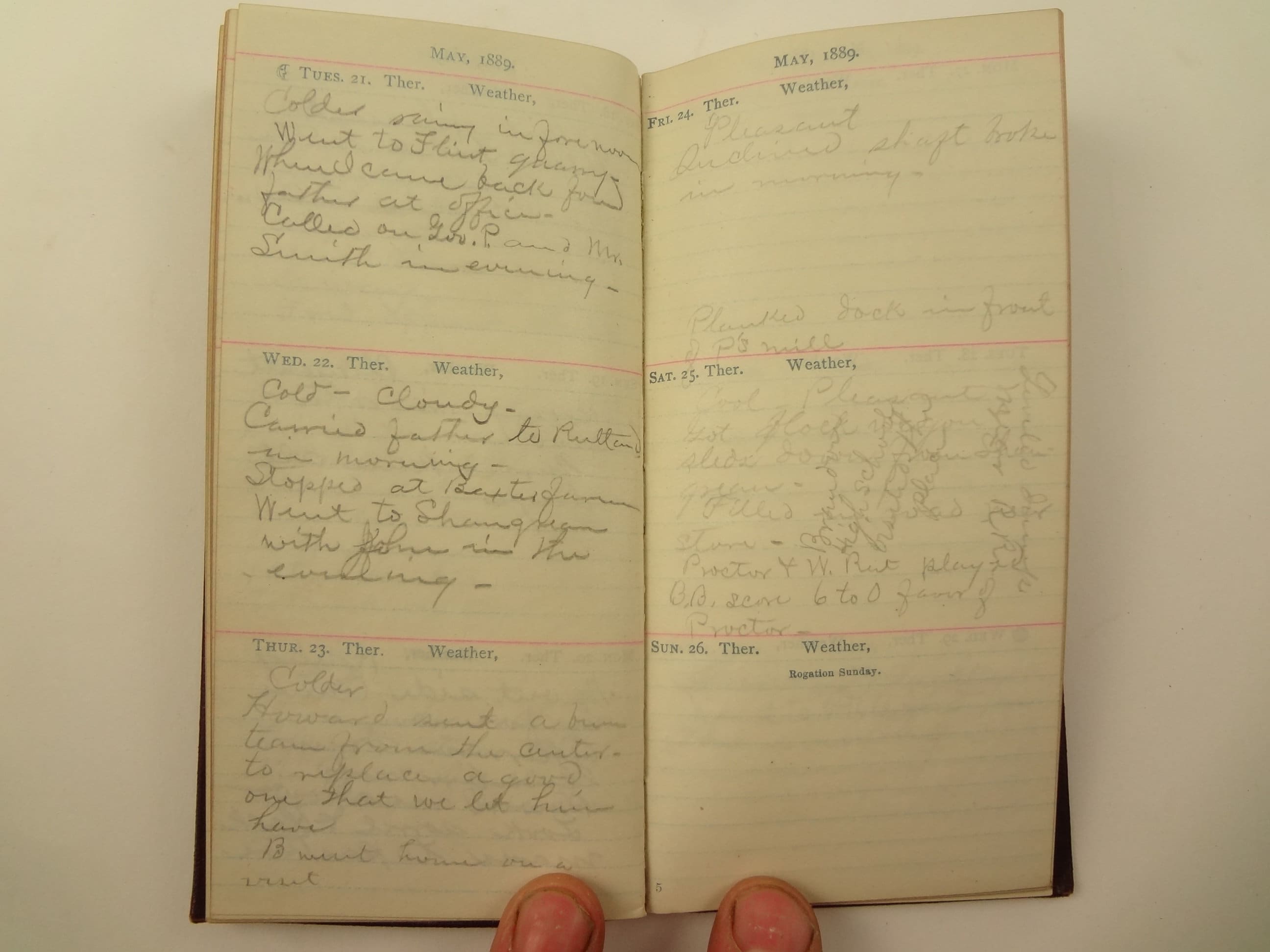 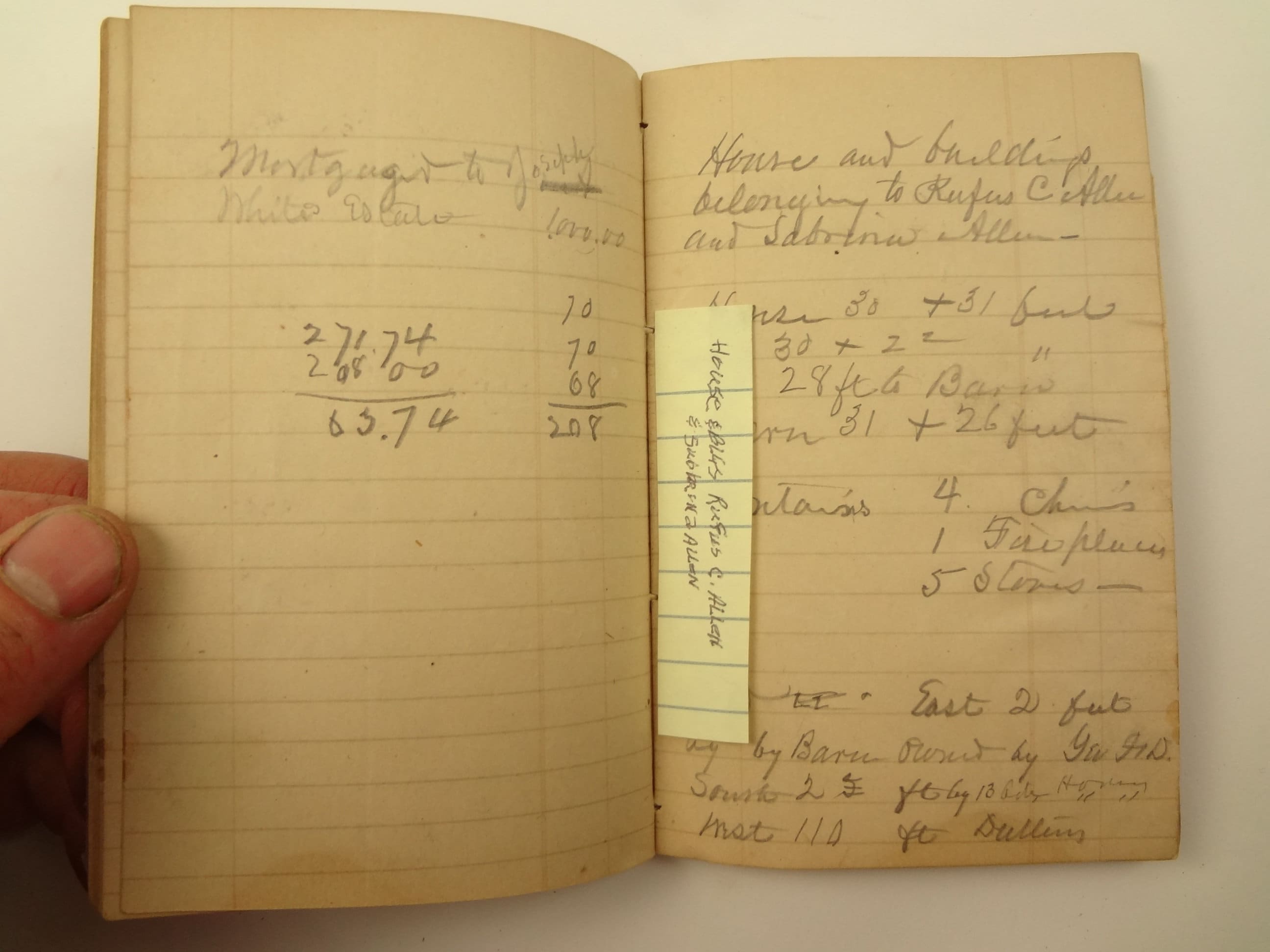 Ten diaries of Quartermaster General George Franklin Davis of Cavendish Vermont. They do not cover all years (notably missing are the war years 1861-65) but they do span the years 1850 to 1889. The diaries (with a few highlights I noticed) are for:

A large part of the diaries are for trade. Many, many transactions are recorded. I saw road building, hogs, colts, wool (lots of wool), inventories of the Cavedish estate and other estates, guns, groceries, "gave to wife", etc.. Accounting. Etc.

Lots of dealings with the town of Cavendish throughout the diaries.

Mr. Davis was born in 1815, and attended Cavendish Academy. In 1838 he began operation of the "Hotel Elliot", until 1853. He was married with children. He took a post at the National Black River Bank, served as state senator, then in 1857 was elected Quartermaster General for the State of Vermont. During the Civil War he was noted for supplying the Vermont troops well. He oversaw the building of several hospitals during the Civil War. In the 1870 census he was a farmer with real estate valued at $10,000. He died in 1905.

See pictures. All are used, but the leather is in decent condition (no dry rot). Occasional cracked hinges, torn pages, etc.. Each with wear consistent with a diary that was used throughout the year.