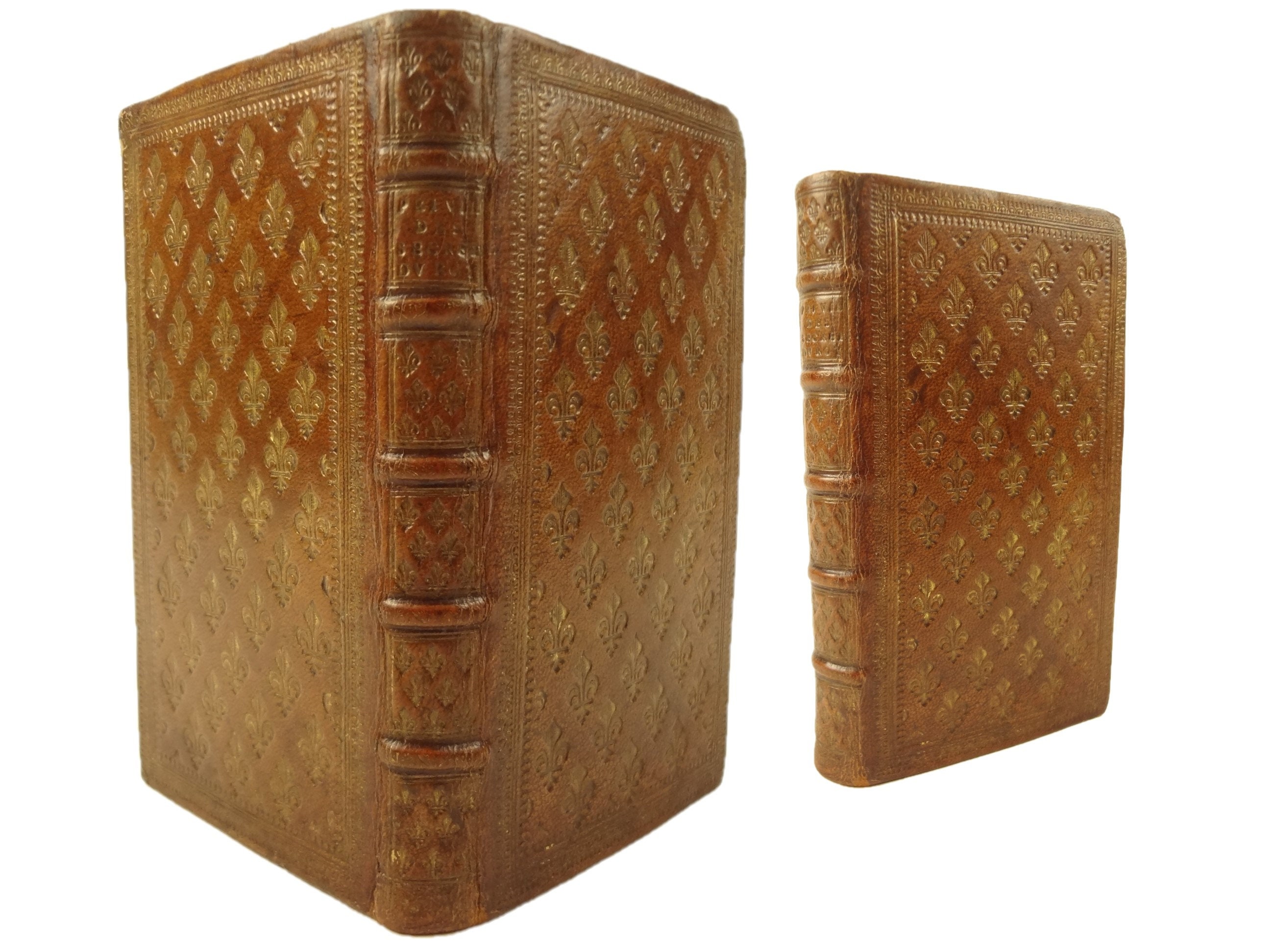 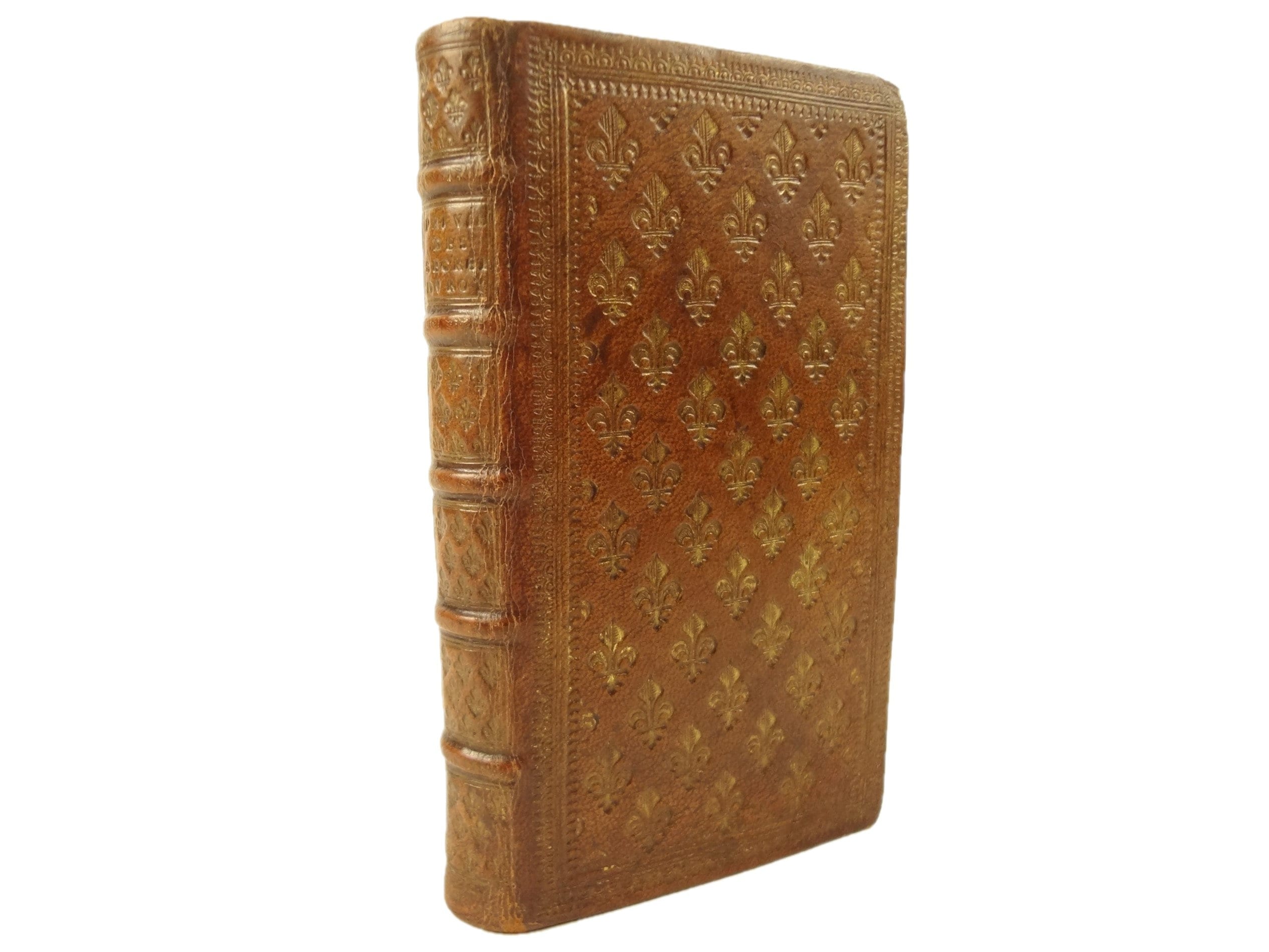 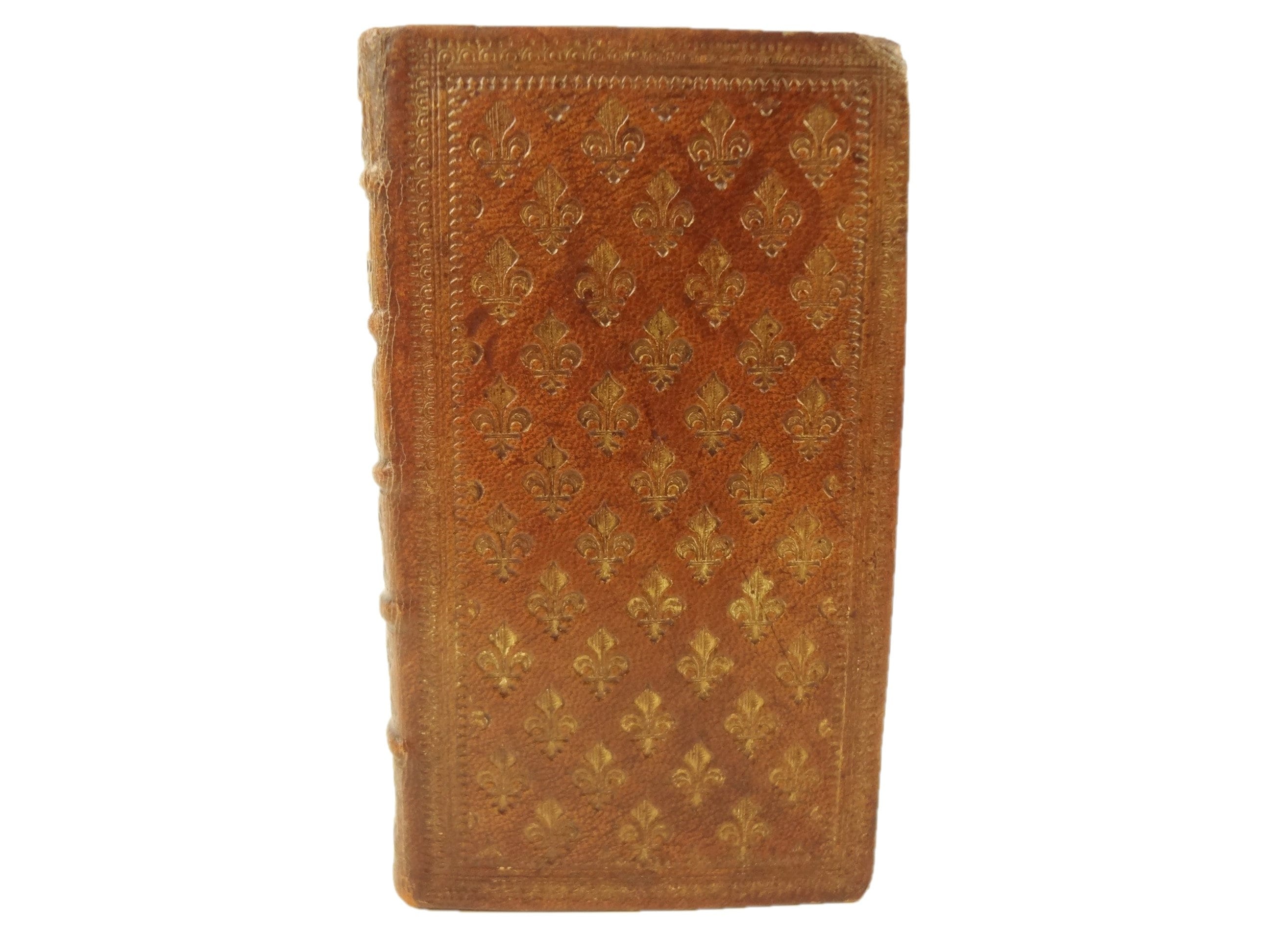 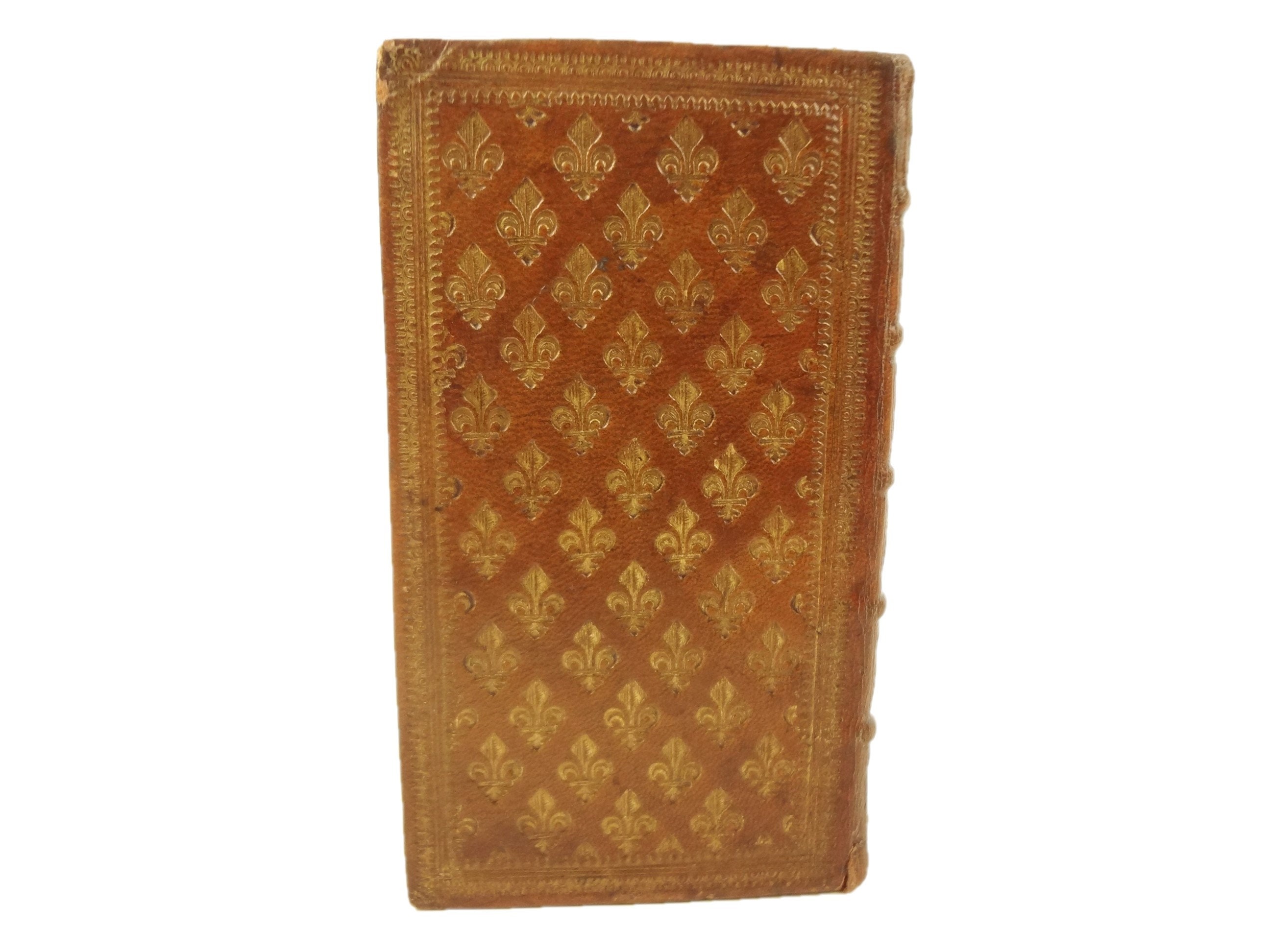 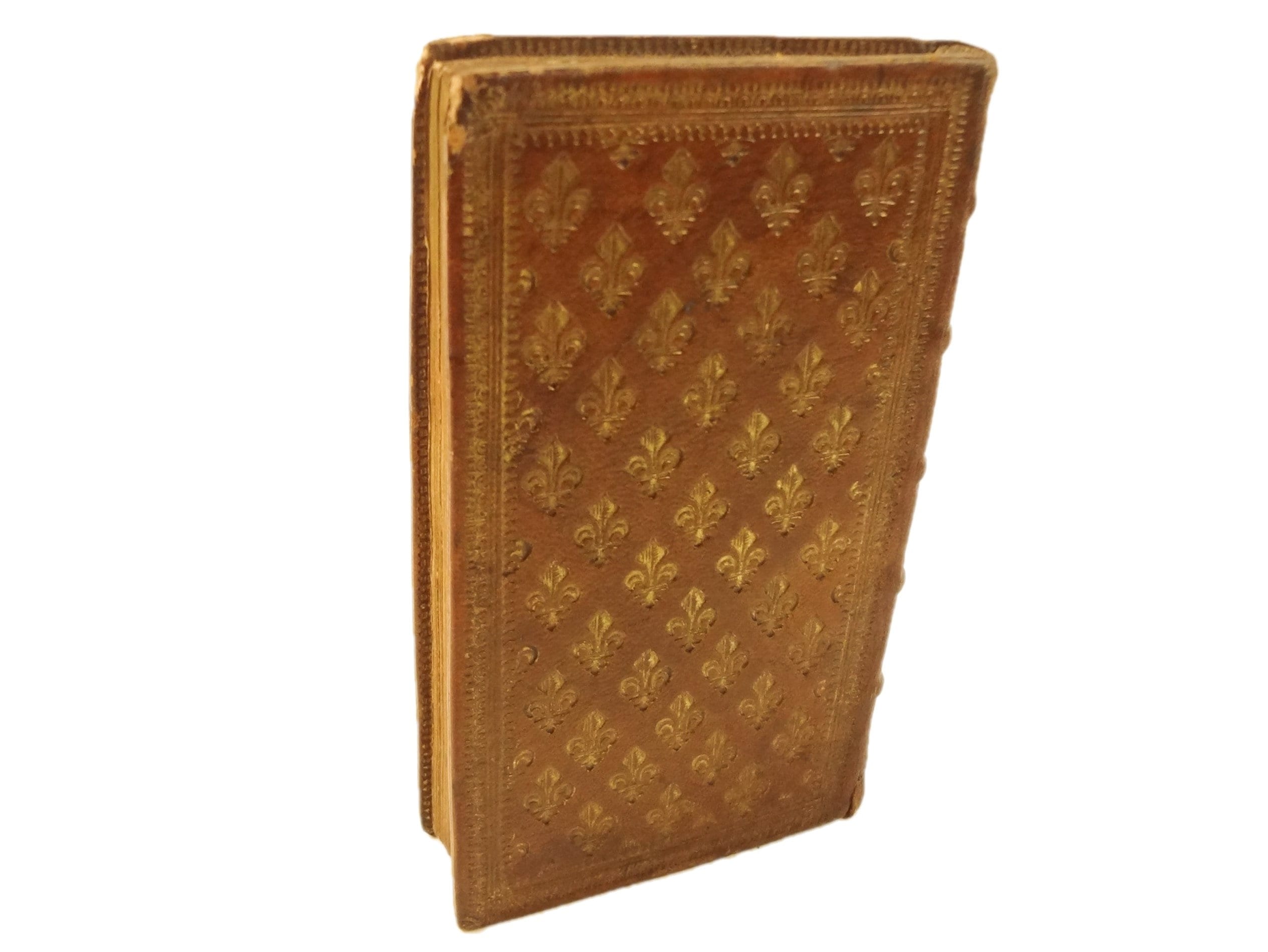 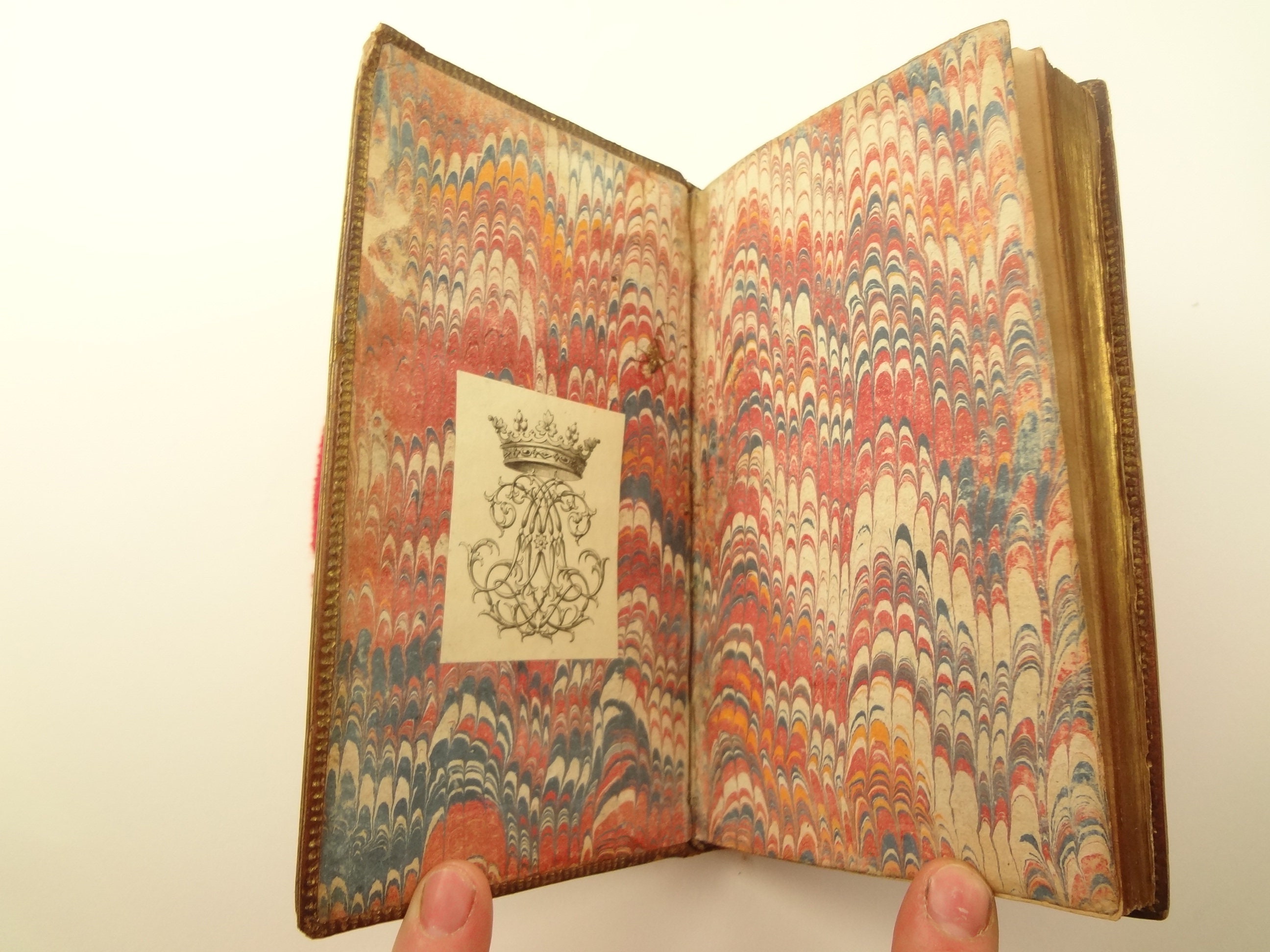 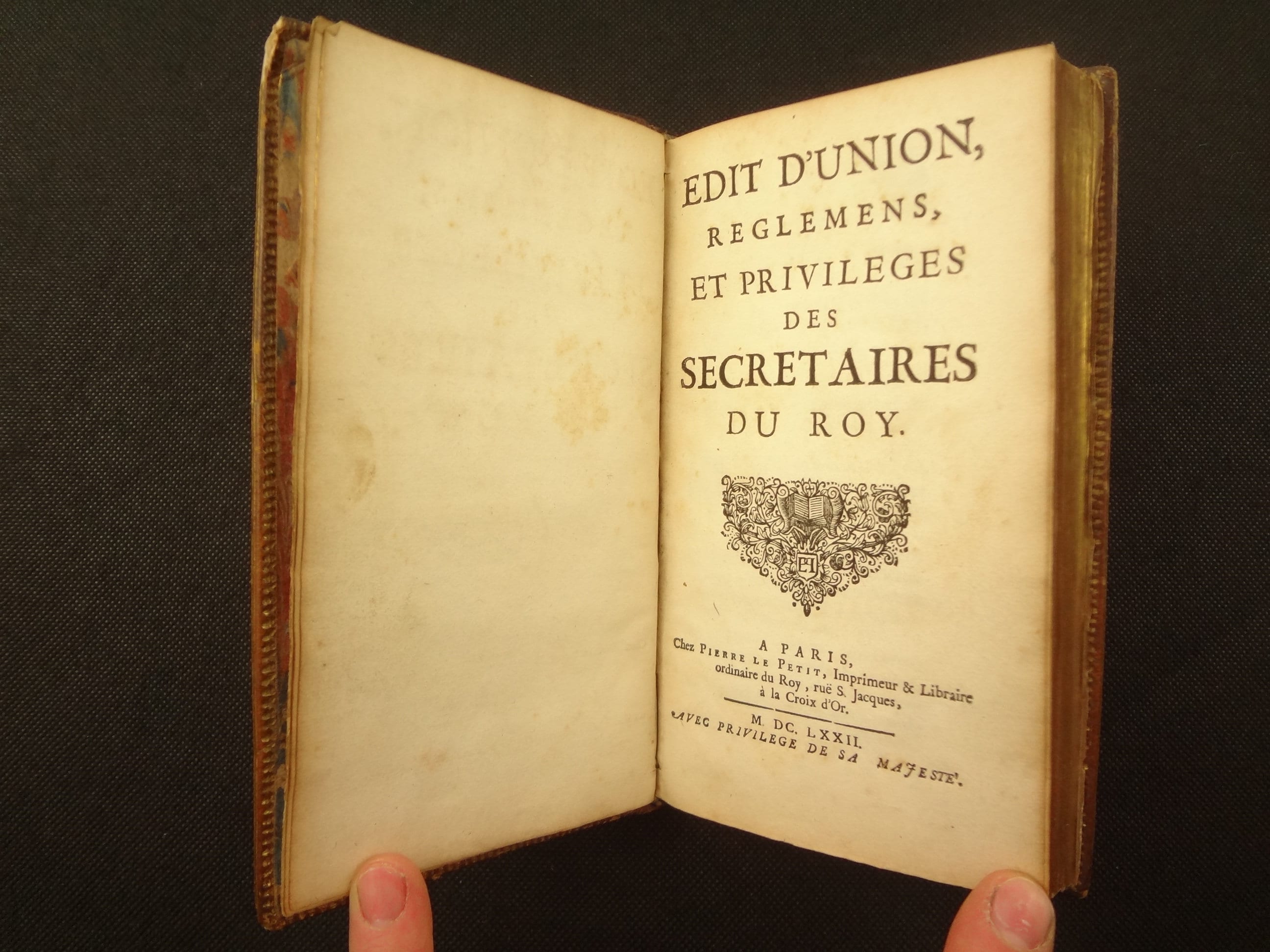 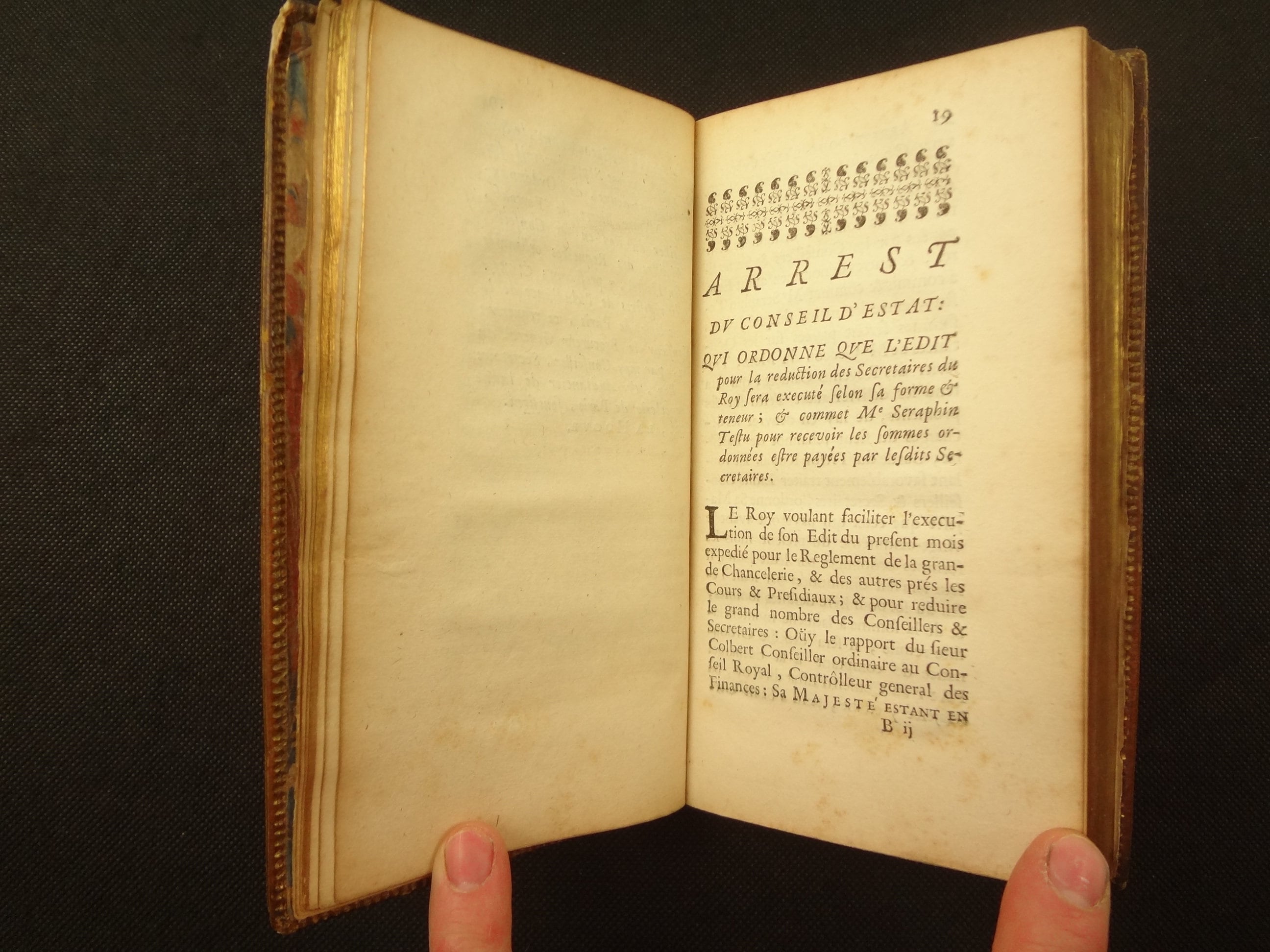 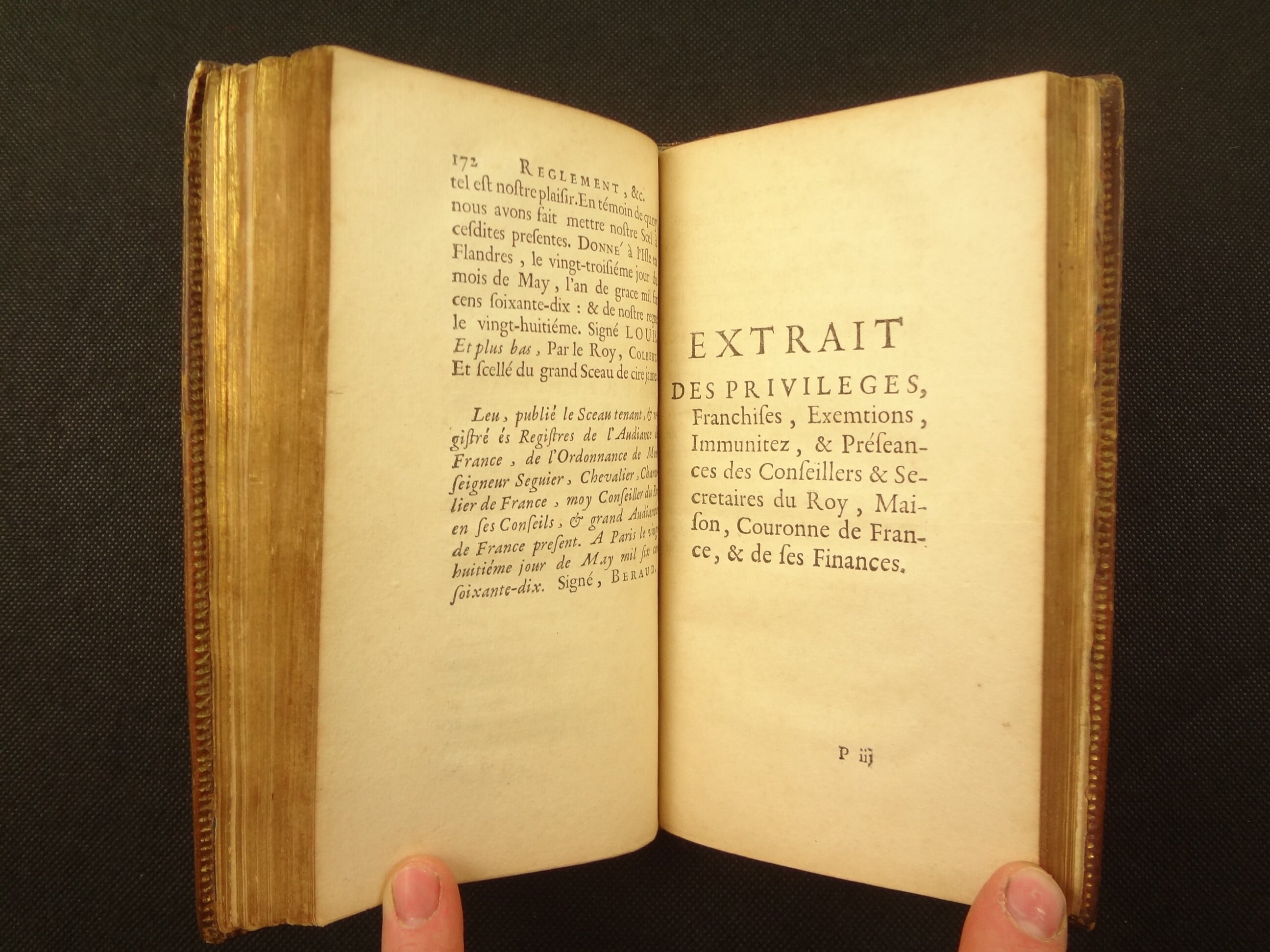 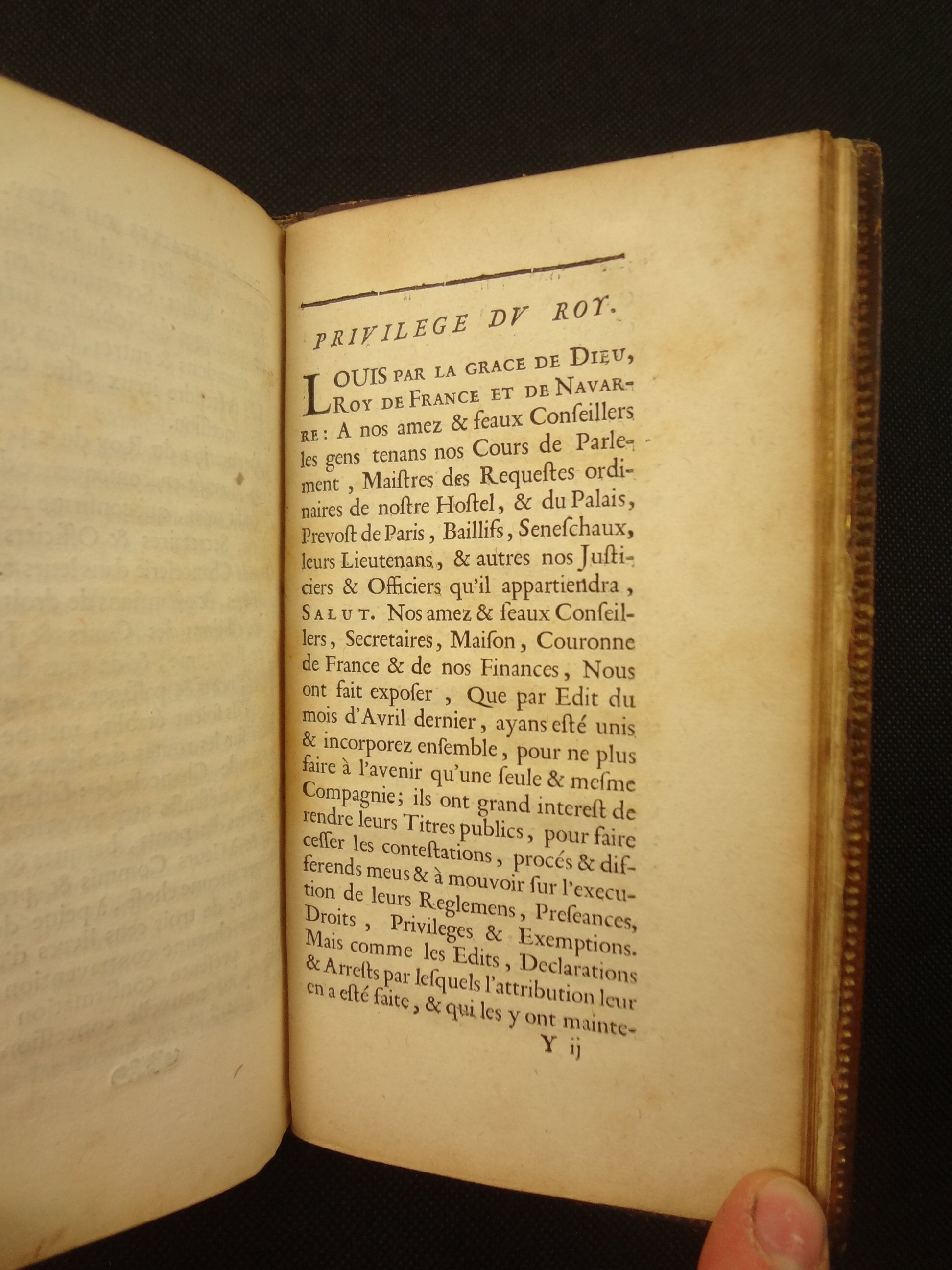 A handsome seme de fleurs de lis design adorns this 17th century French, an edict explaining the union, regulations, and privileges of the Office of Secretary to the King. This copy with the ex-libris plate of the Marquis du Lau d'Allemans.

The privilege was bound out-of-order, at the rear. This is the same as the three copies at the BNF, Worldcat OCLC number 494619566.