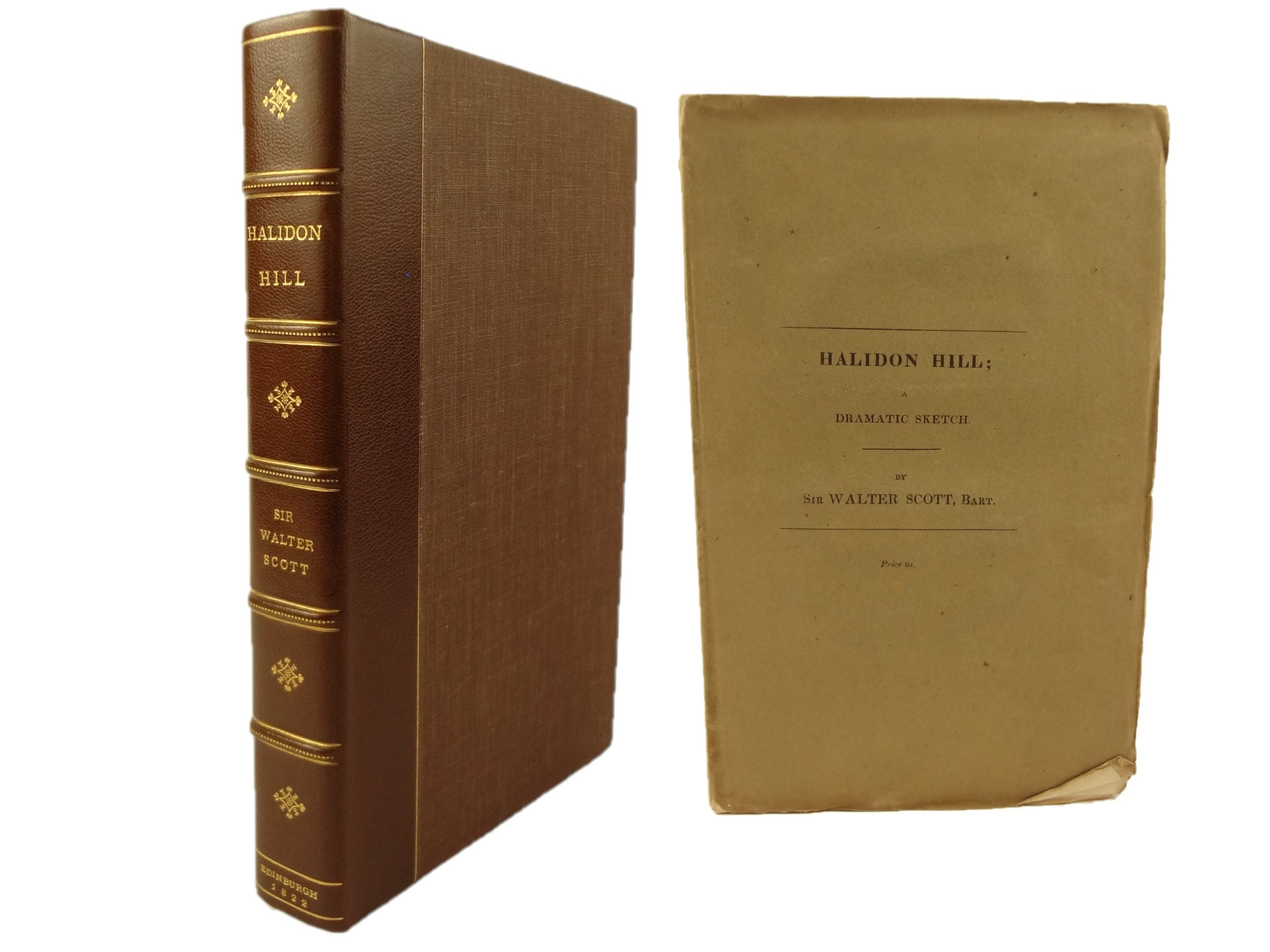 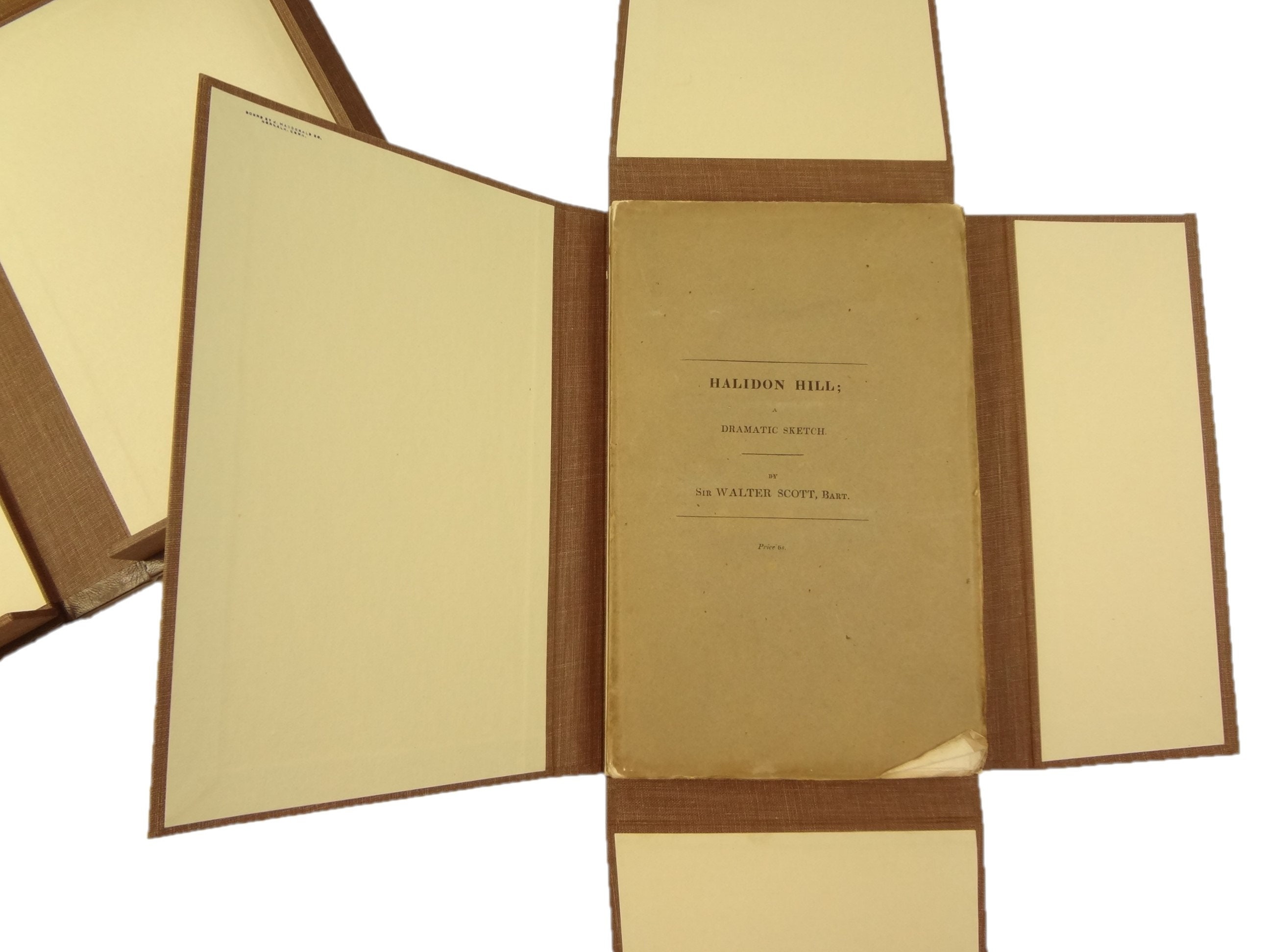 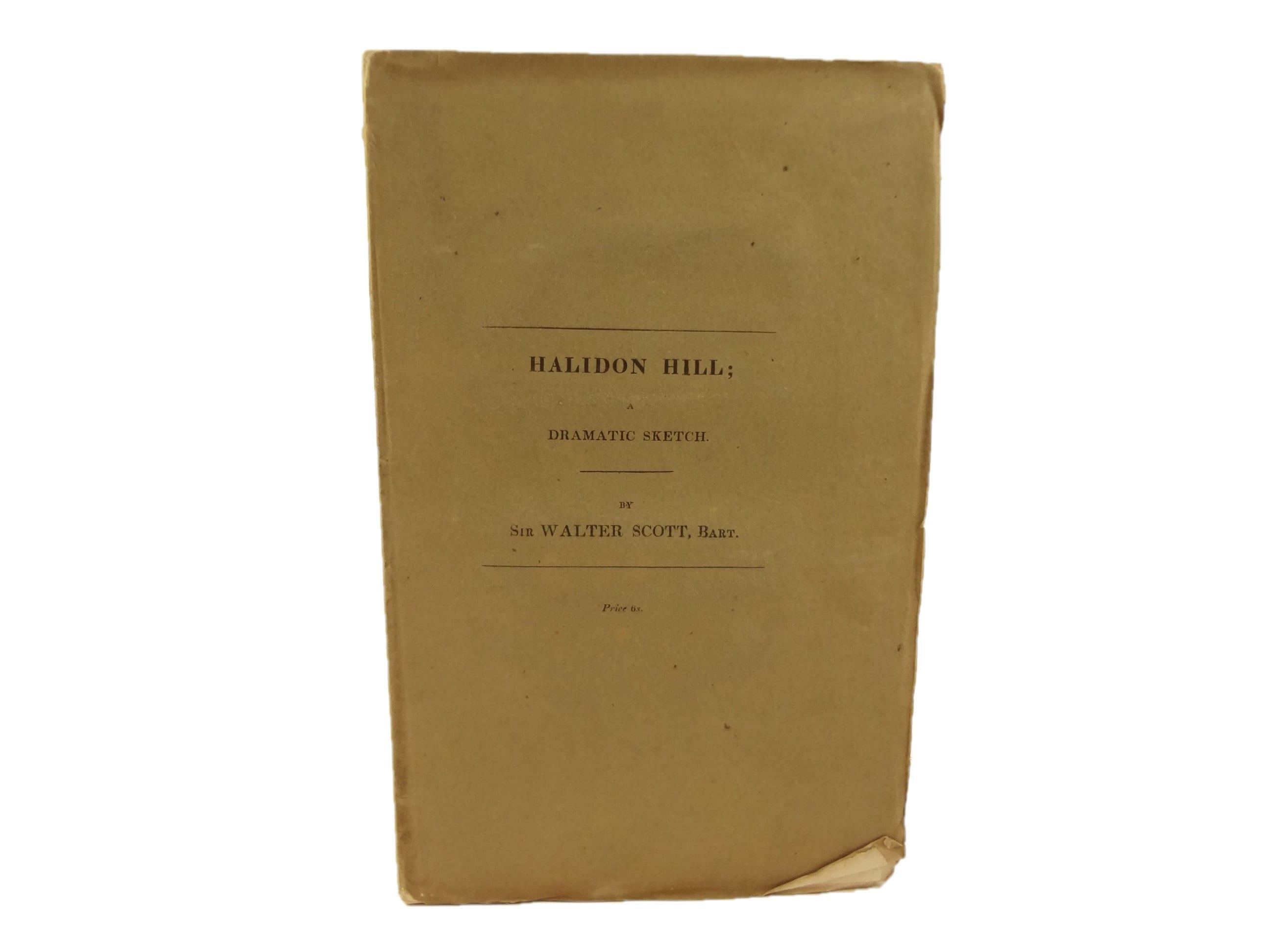 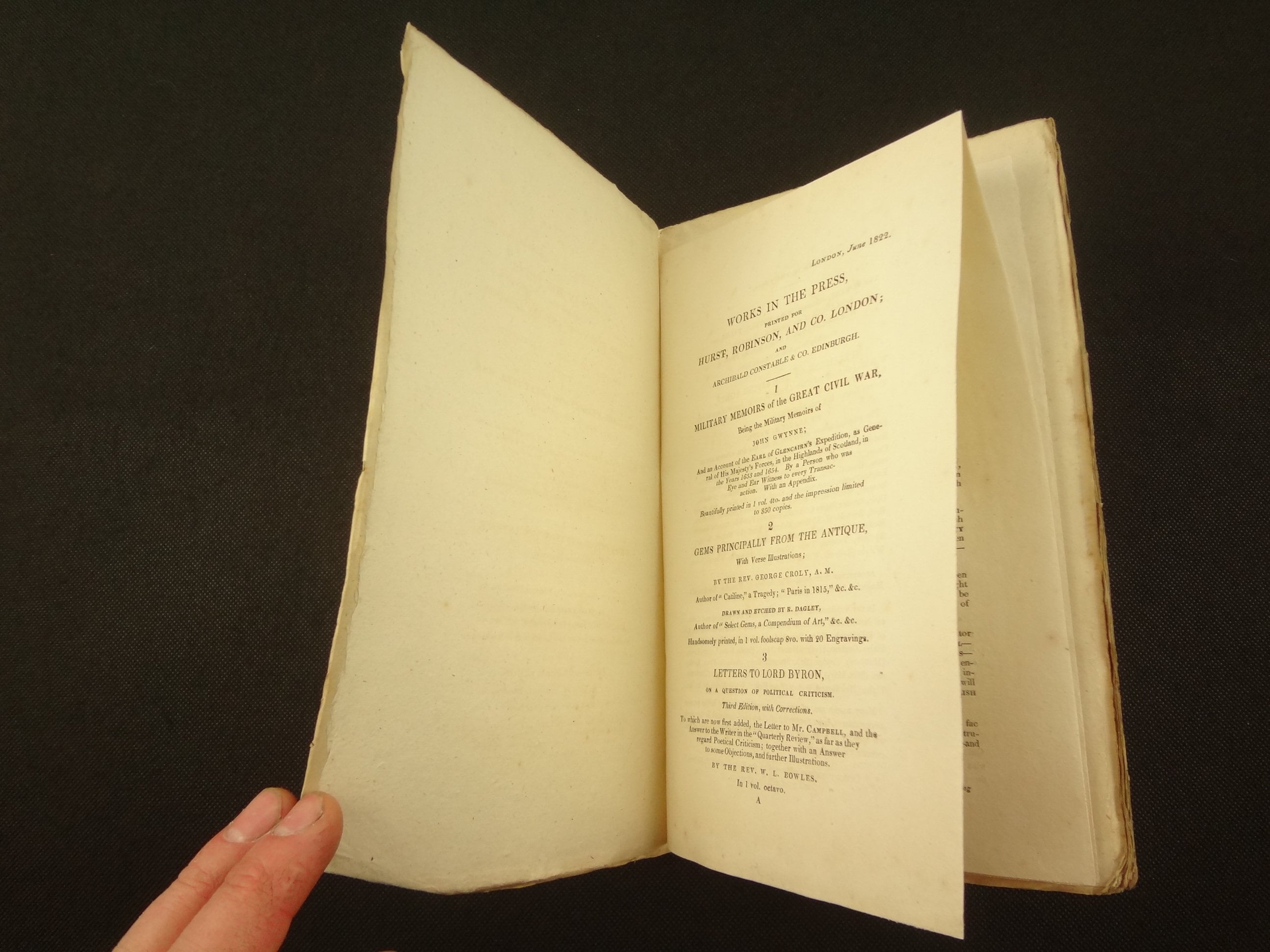 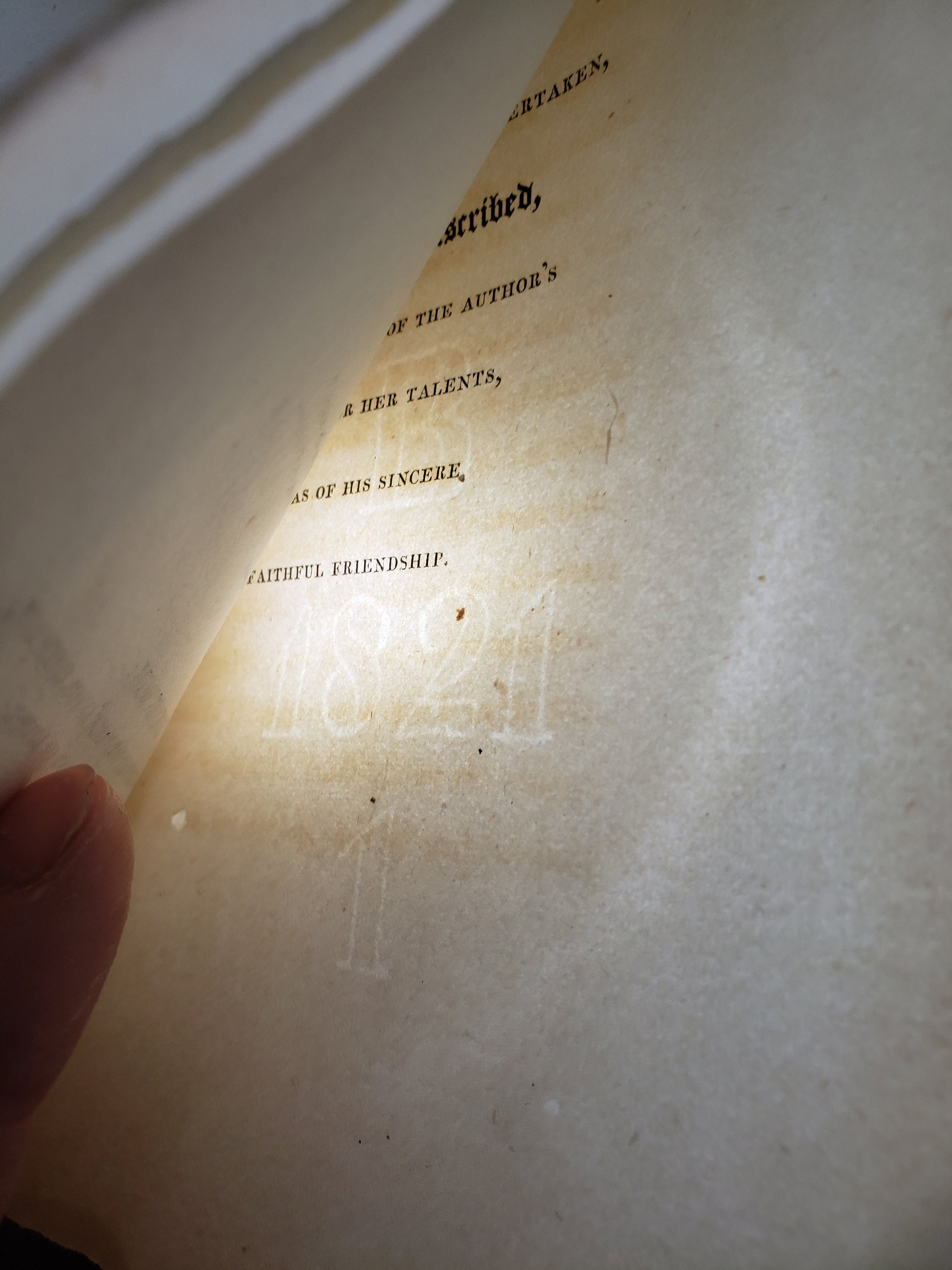 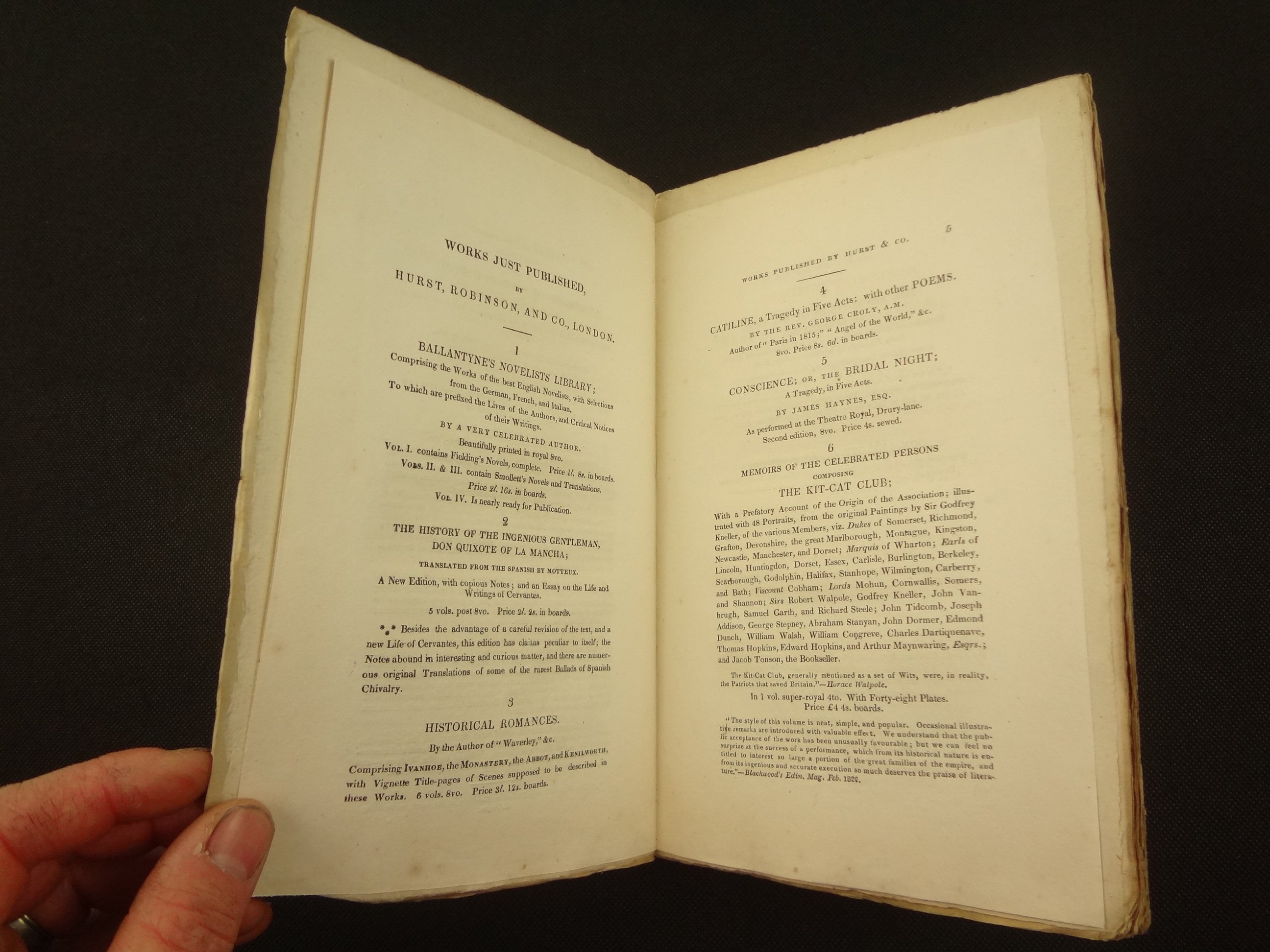 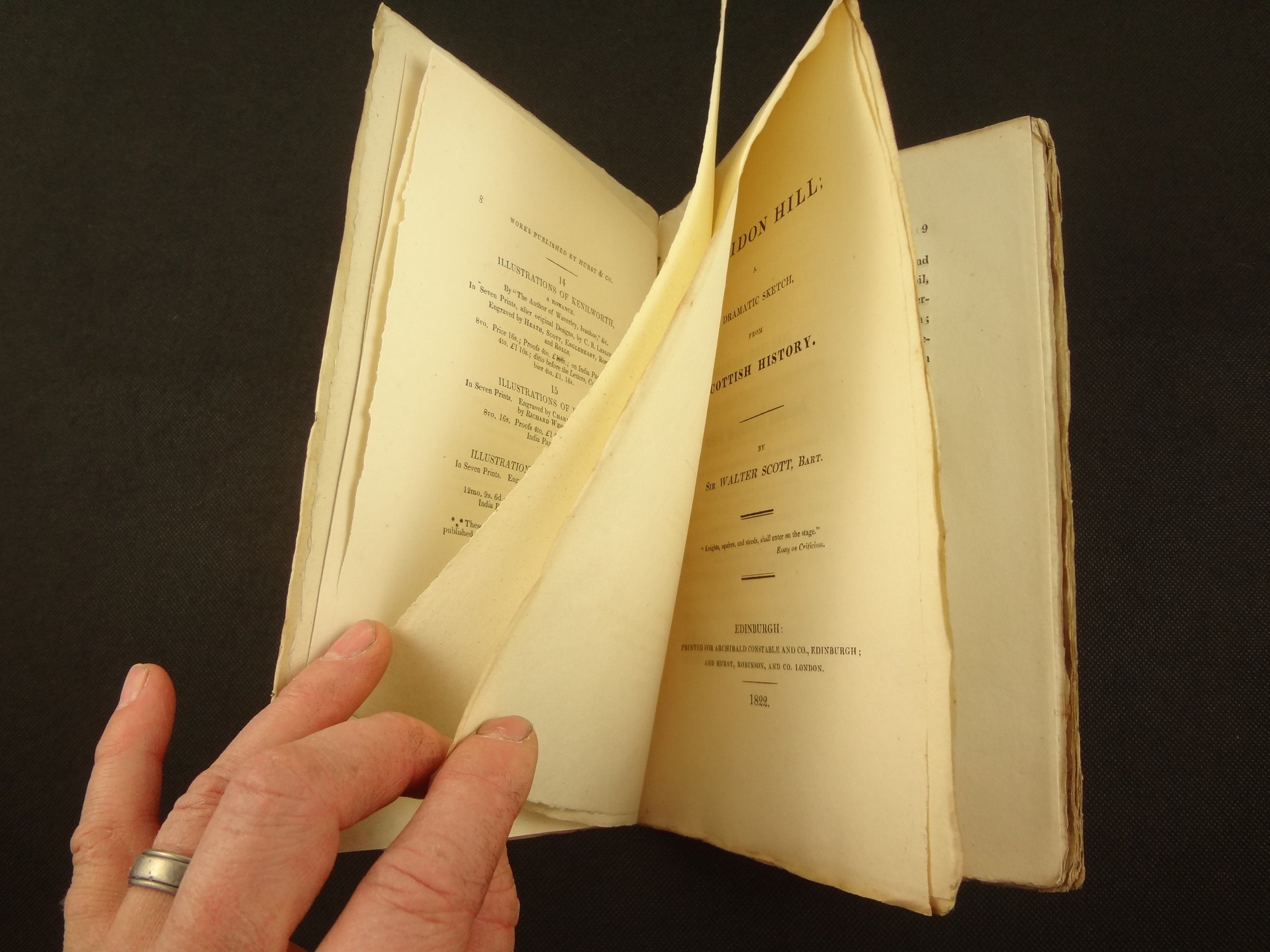 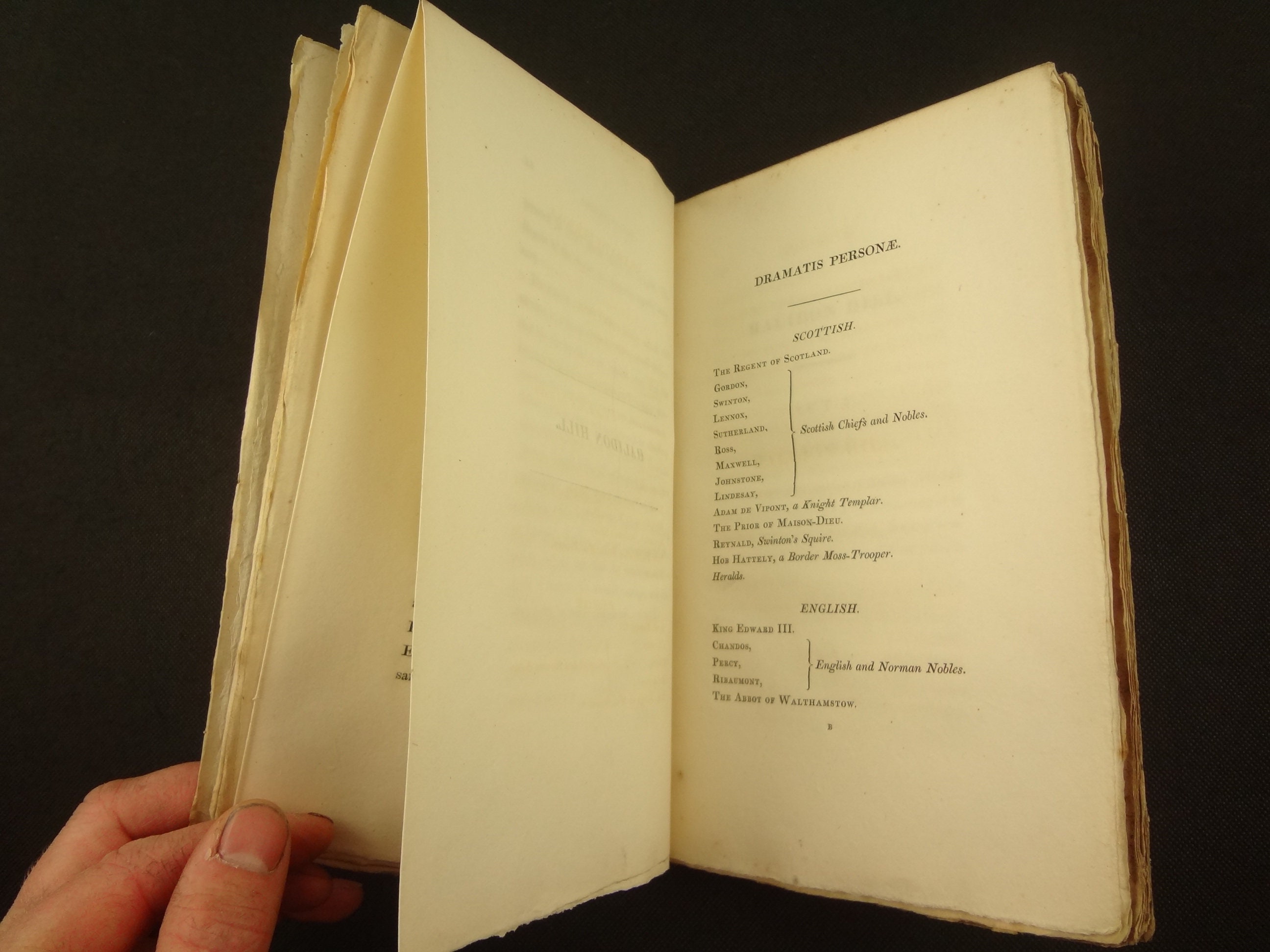 Unopened, 1st edition, 1822 Halidon Hill by Sir Walter Scott, protected by a leather clamshell case and an enclosure; certainly, one of the best copies in the world.

This example with "Works in the Press" (8 pages advertisement) at the front and "Works Published by Archibald Constable..." 8 pages at the rear.

Sold by Sumner and Stillman in 1989, from their catalogue 31.

“This is a ‘Dramatic Sketch from Scottish History.’ Halidon Hill is situated about two miles northwest of Berwick-on-Tweed, England, where, July 19, 1333, the English under Edward III, defeated the Scots under the Regent Archibald Douglas. The scene utilized by Scott was really Homildon Hill, a height near Wooler in Northumberland, England, where the English under Percy defeated the Scots under Douglas in 1402. The Regent of the play is a purely imaginary character."

"Messrs. Constable, without seeing the manuscript, offered £ 1000 for the copyright, which was accepted.” - Descriptive Catalogue of the Writings of Sir Walter Scott, Thomson, pp. 33, 1898.

See pictures. Case with little to no wear. Book - Binding with a little darkening and rubbing around the edges; front and rear board with some creasing at bottom corner.

Internally, unopened, with a little toning and foxing at the deckled paper edges exposed to air (edges of paper). The "Works published by Archibald Constable", at the rear, seem like they may have been opened at the fore-edge, but the top-edge is still unopened.