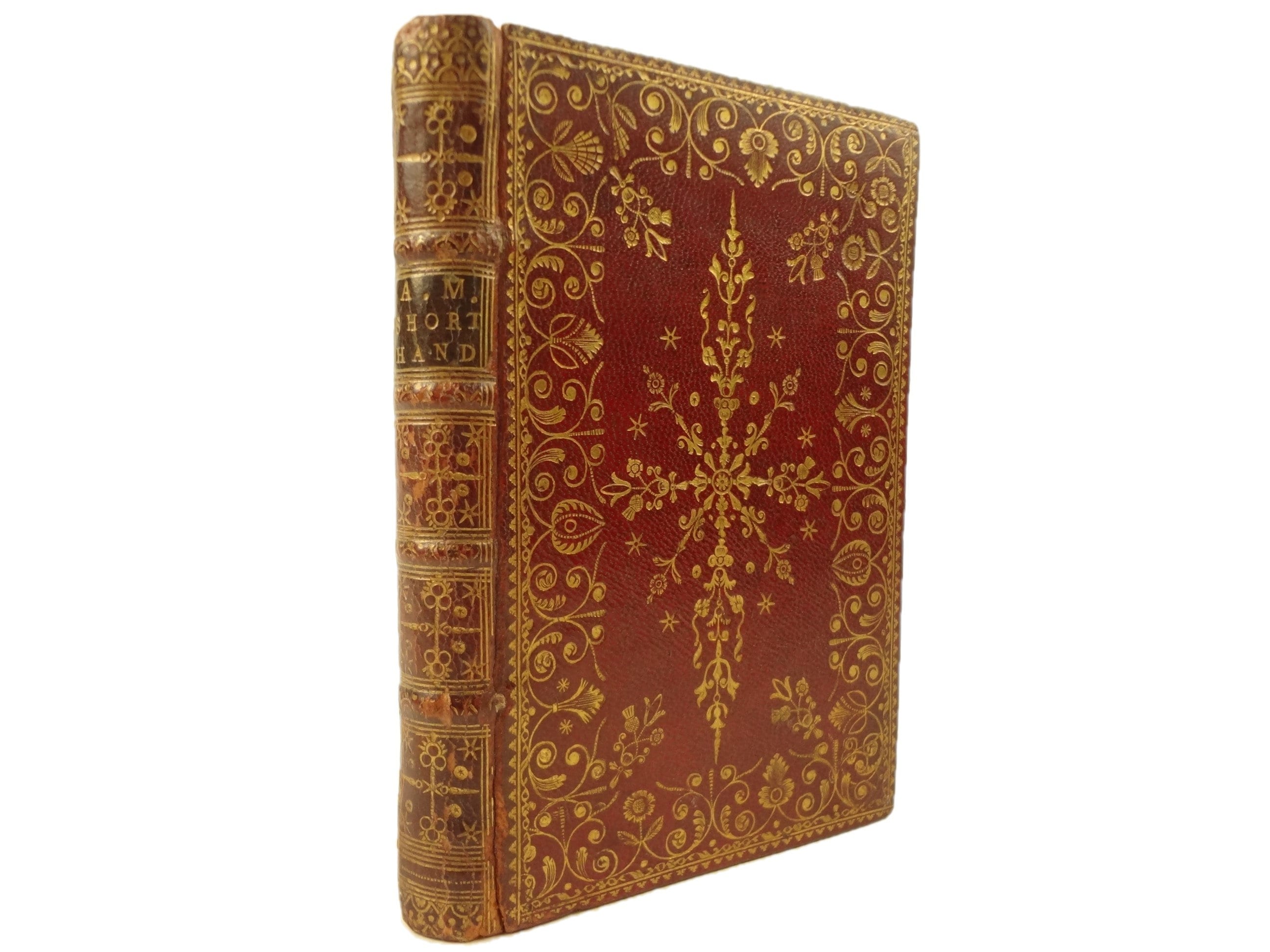 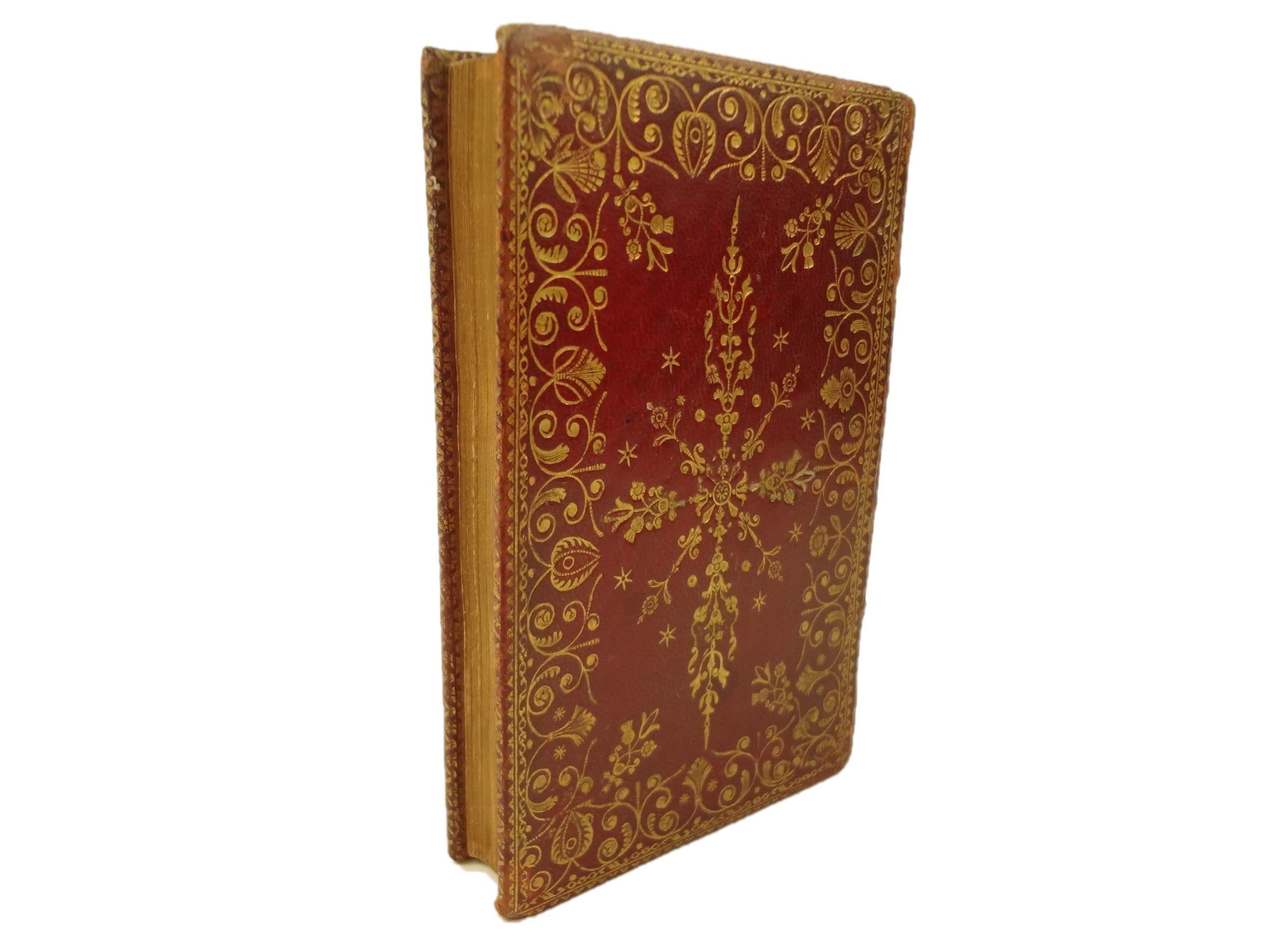 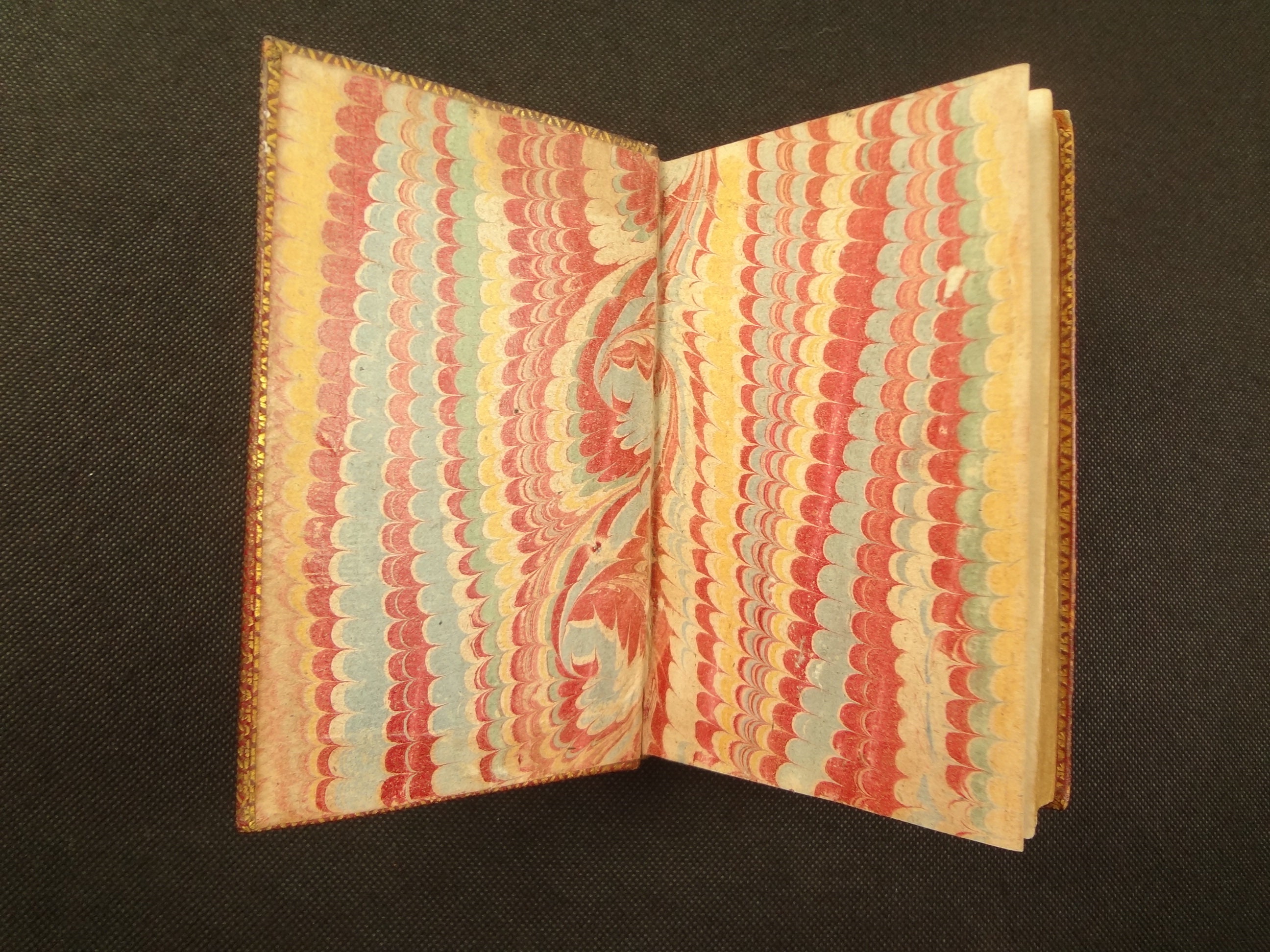 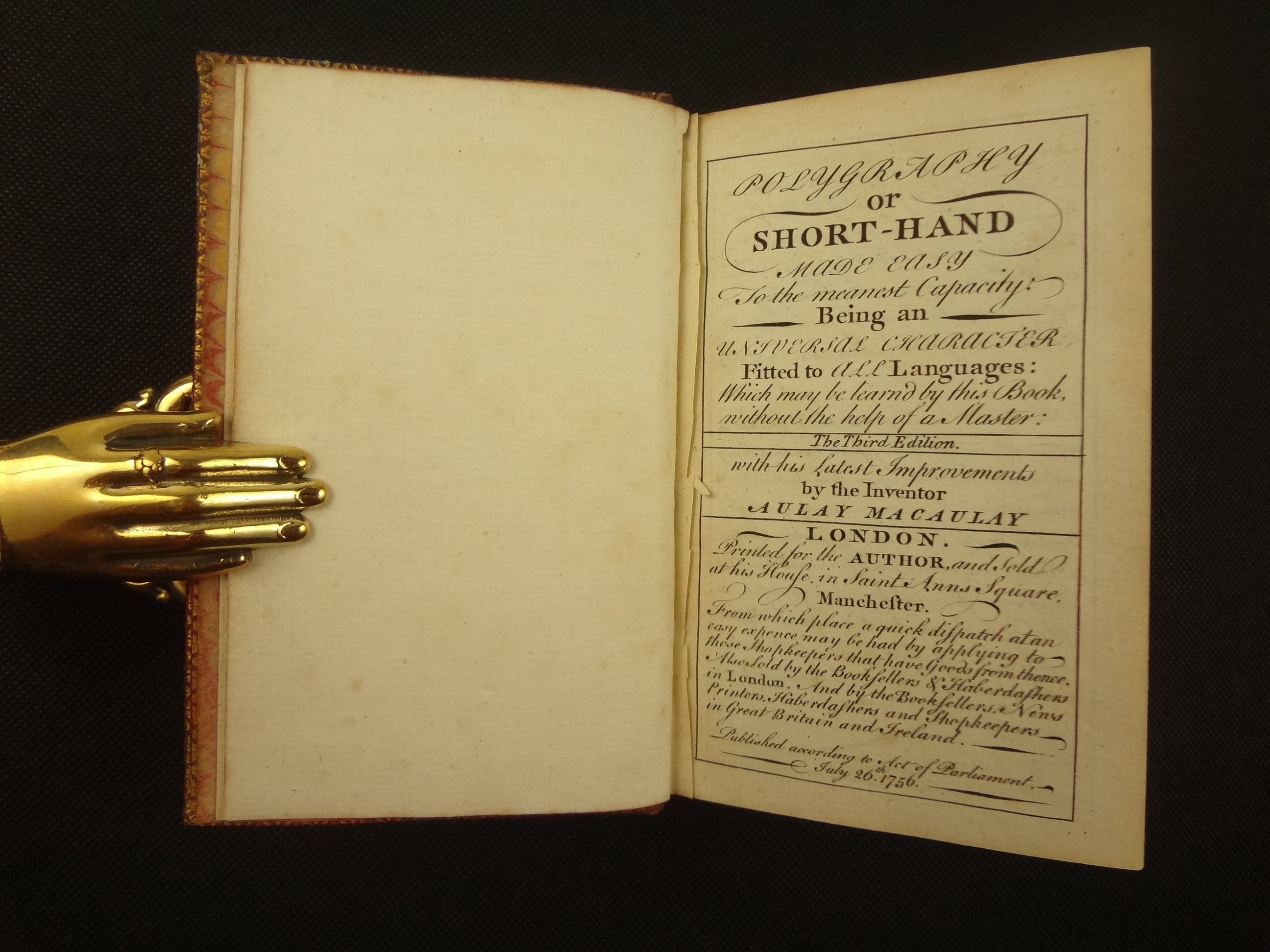 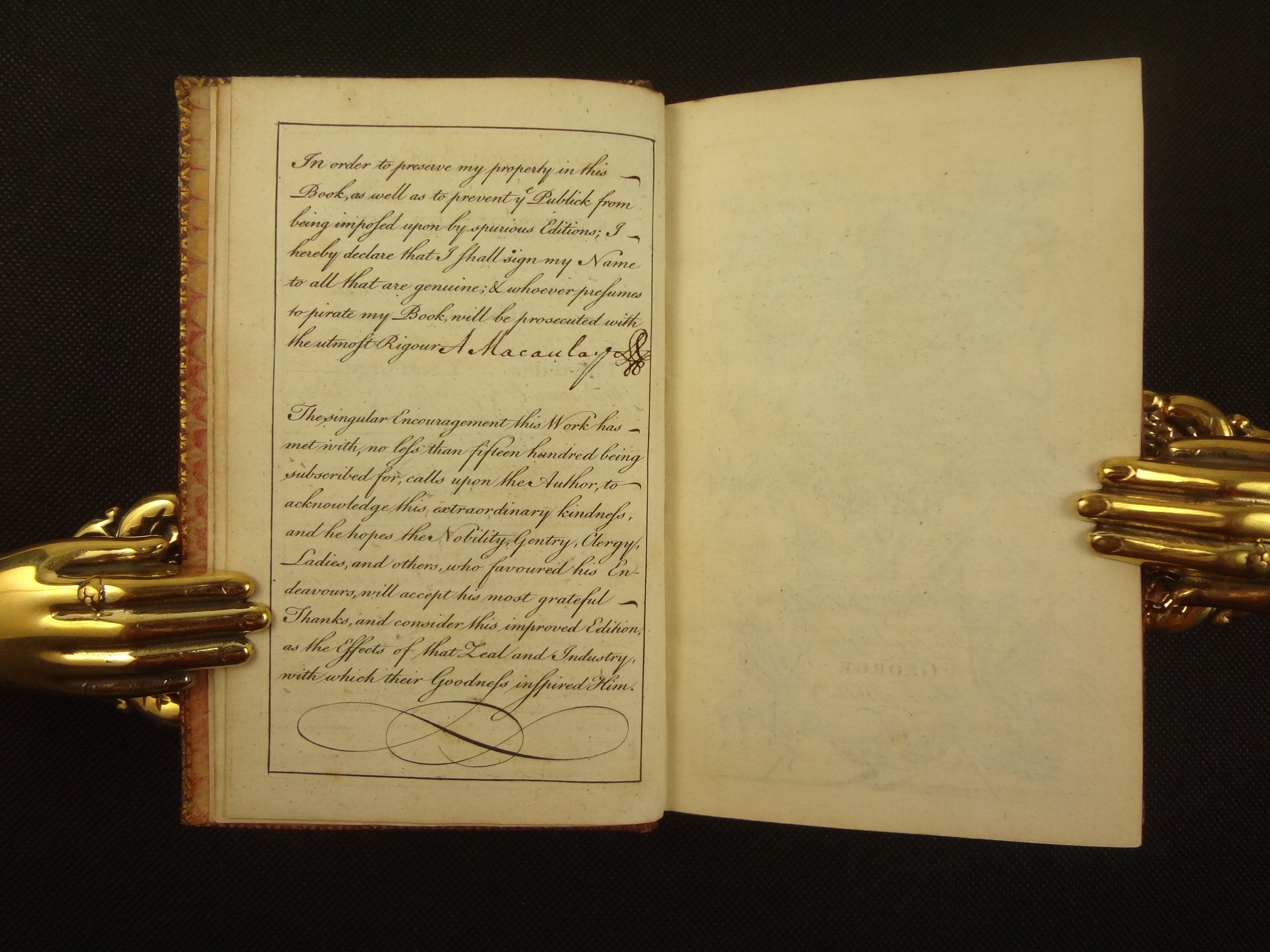 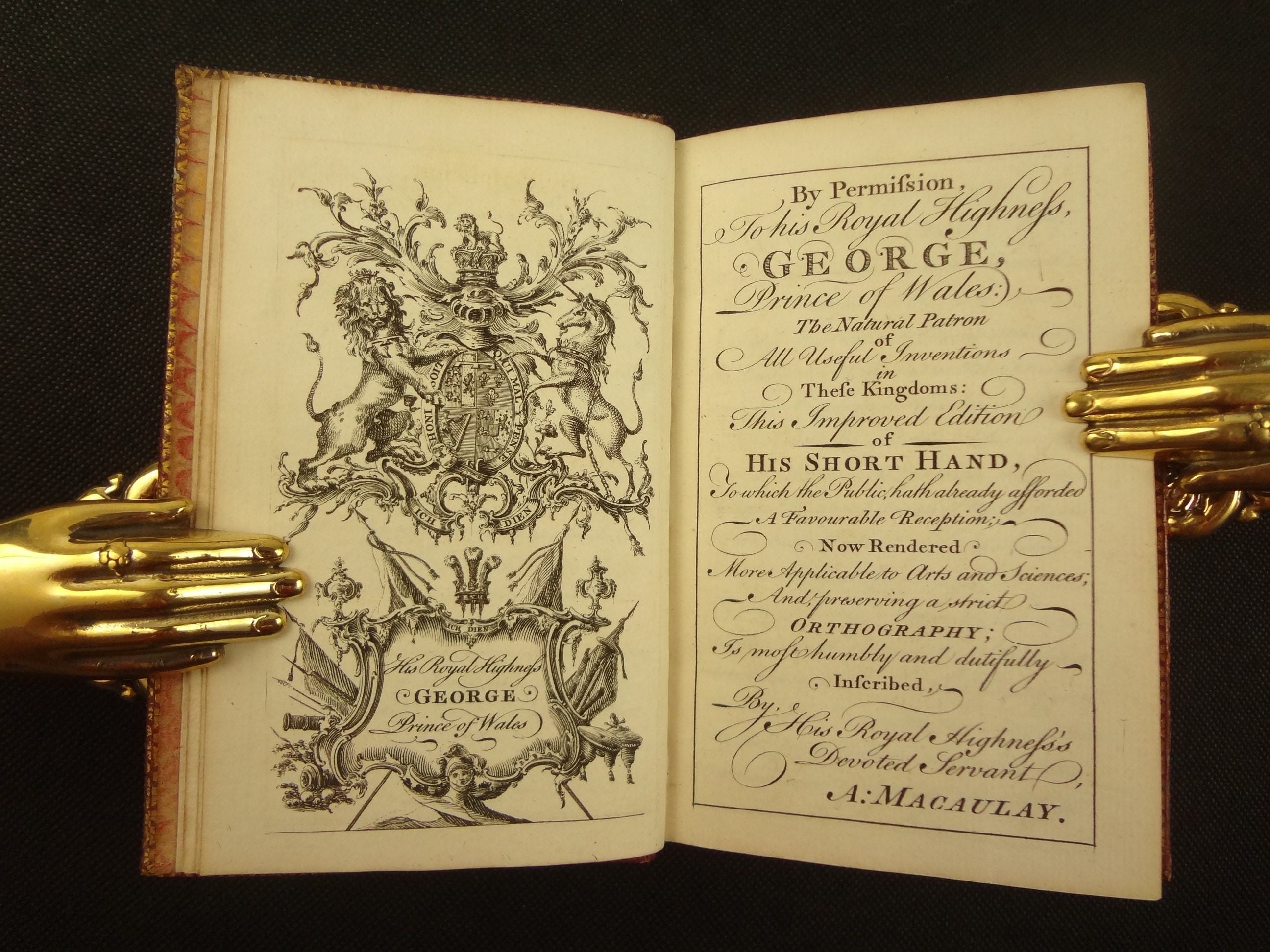 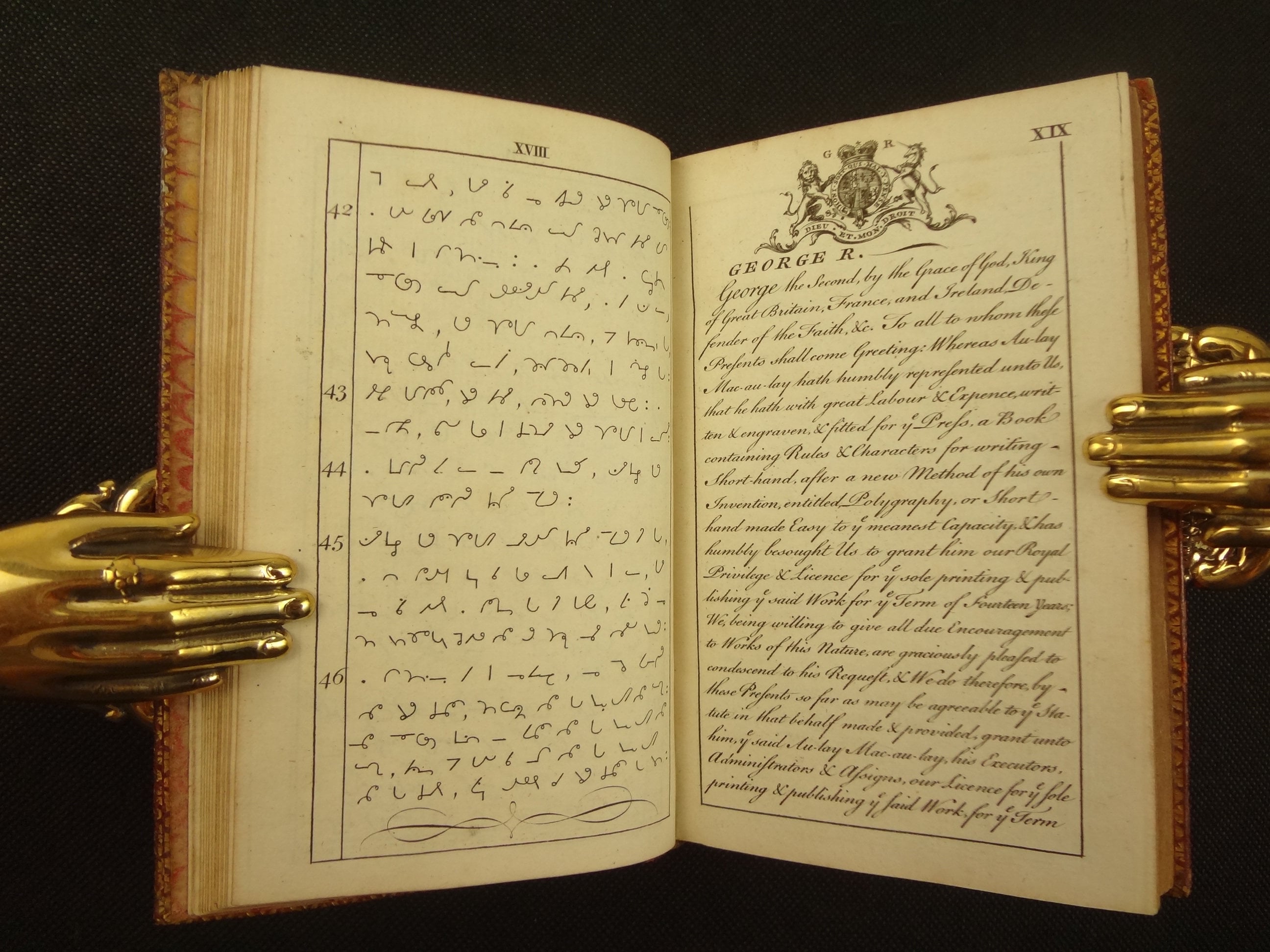 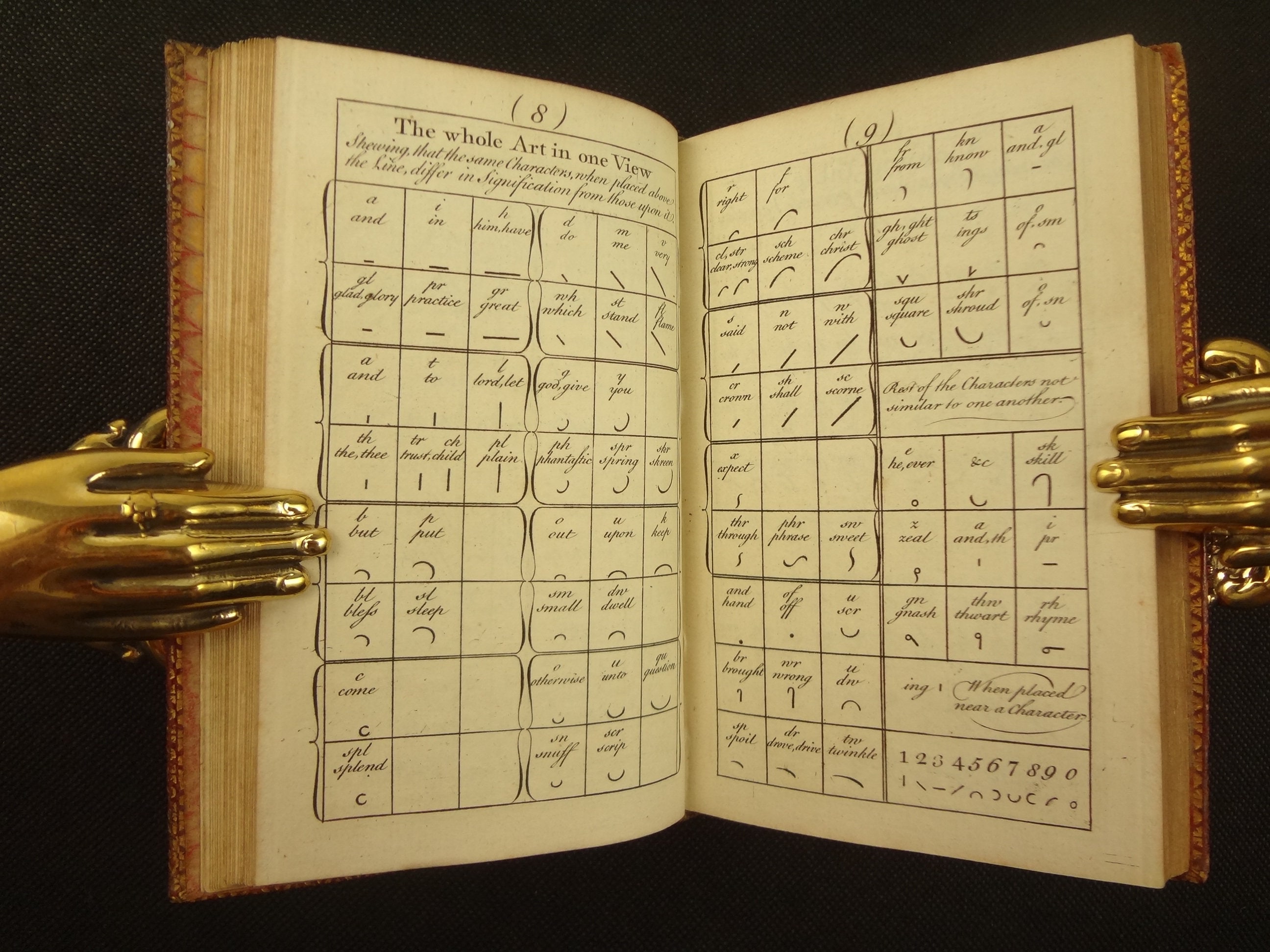 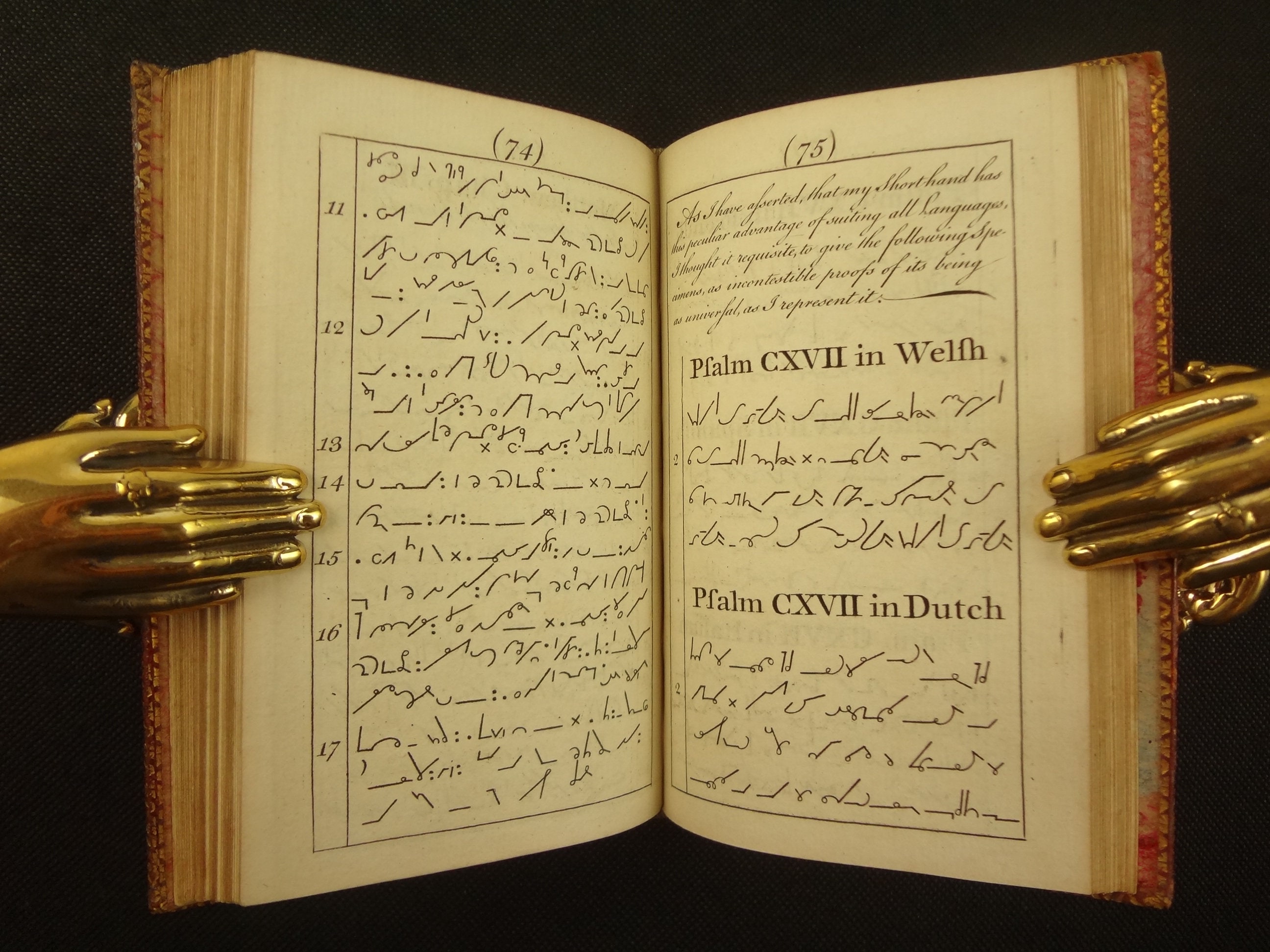 A beautiful 18th century English binding graces this 1756 edition of Macaulay's Polygraphy, or Short-Hand Made Easy...

Of note, the author signed this copy, at the verso (rear) of the title page; Macaulay was so concerned about the theft of his intellectual property that he had this third edition printed, he sold the copies from his home in Manchester, and he signed the rear of each title page to certify that it was not a pirated copy!

Handsome typography throughout; the type is a cursive, and the royal arms attached to George's license are well-executed.

Note, this copy is missing the frontis illustration.

Macaulay's Short-Hand is noted for improving upon what previously existed, but was still too complicated for great success.

“Mr. Macaulay again, having observed the faults of all the alphabets that were then contrived, began to improve them; but this he has carried to such an extravagant degree of refinement and minuteness , that it has rendered the practice of his method very troublesome , and in some cases almost impracticable .” – Shorthand, A Scientific Magazine, Wade, 1882, p.23

See pictures. Attractive binding. With some edge and corner wear. Joints lightly cracked near edges and crazed lightly along joint. Frontis illustration has been removed, with stub visible at gutter. A little toning to paper. Occasional fox spot throughout. Rear endpapers with a little foxing.