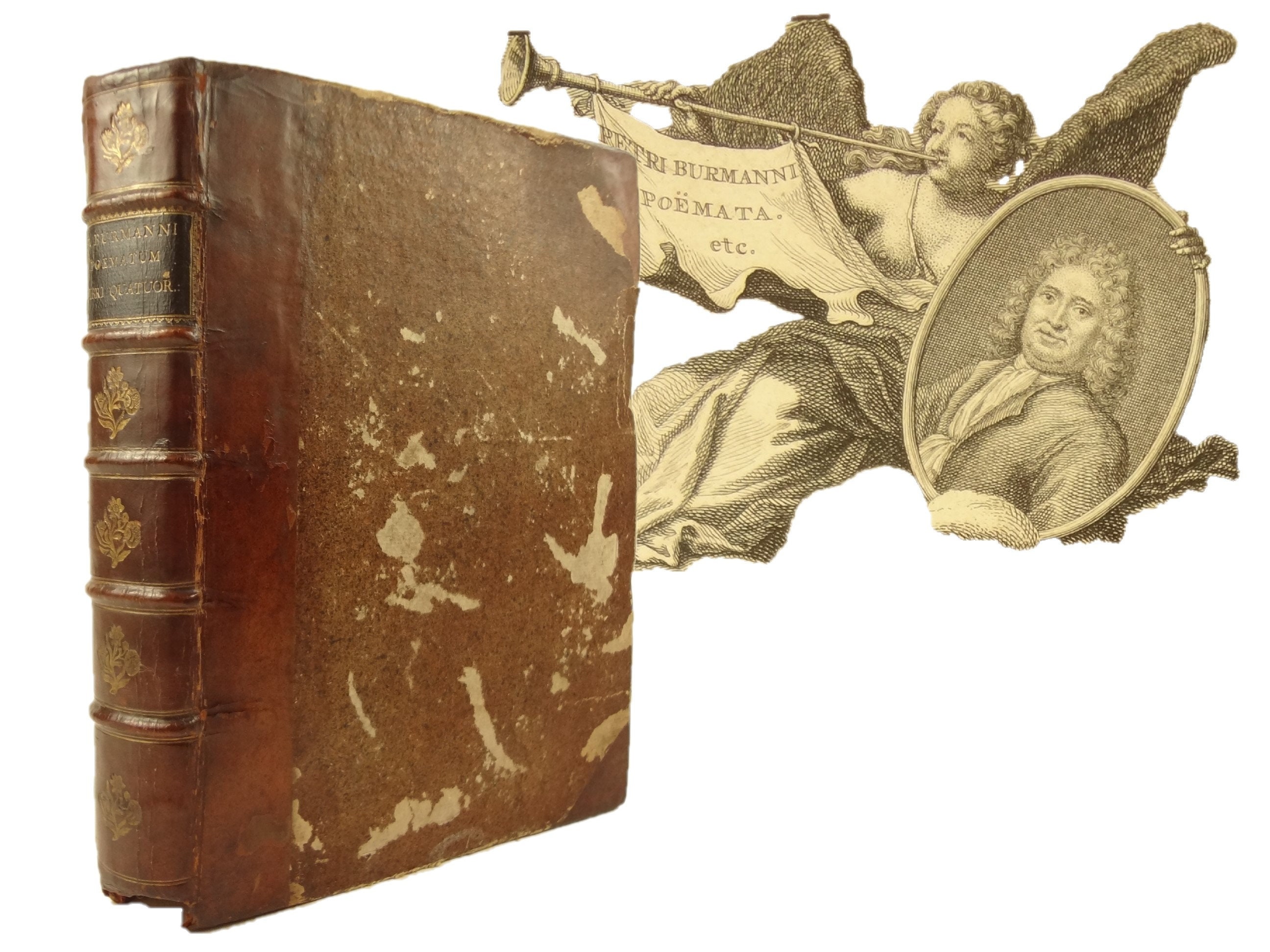 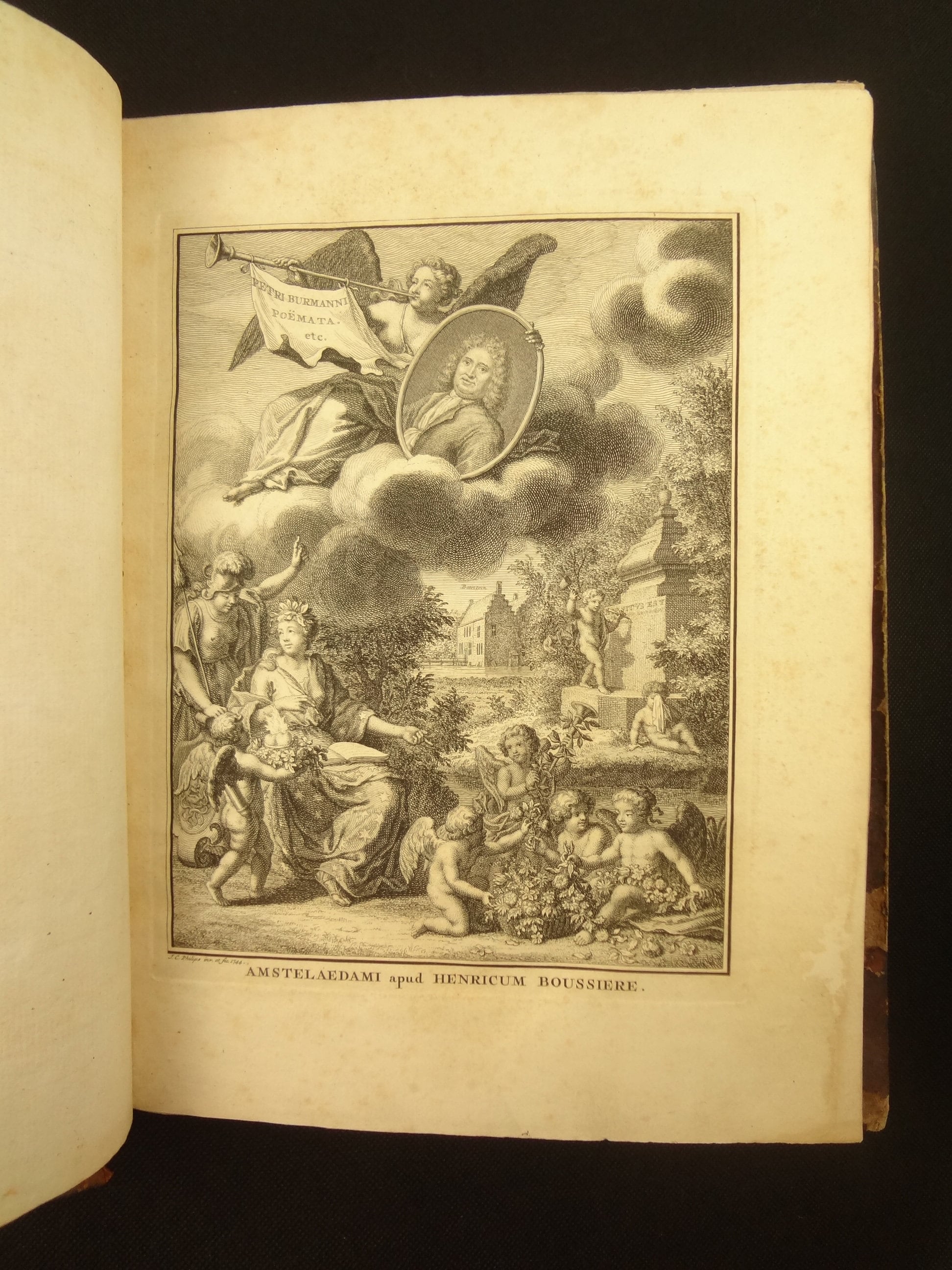 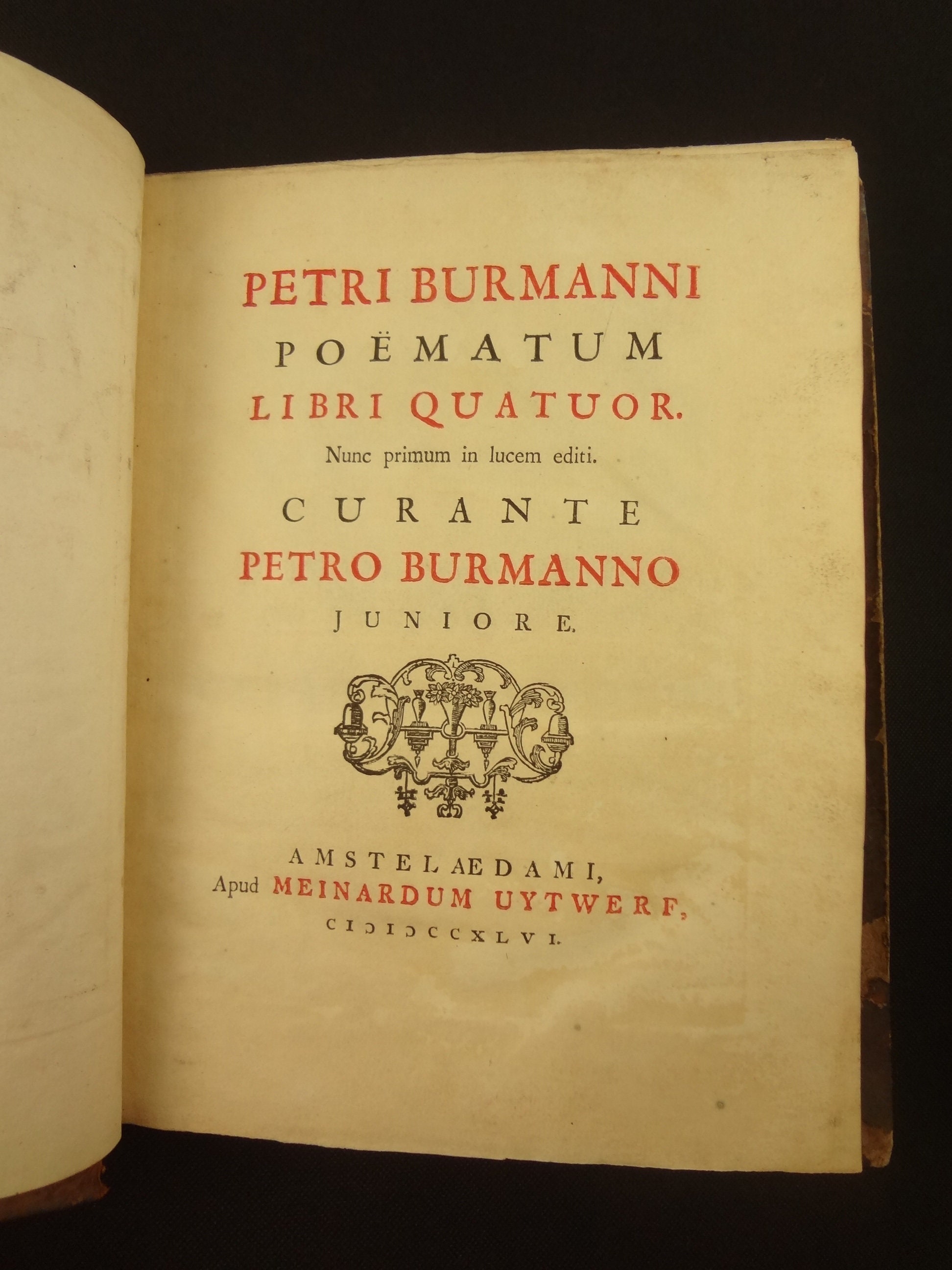 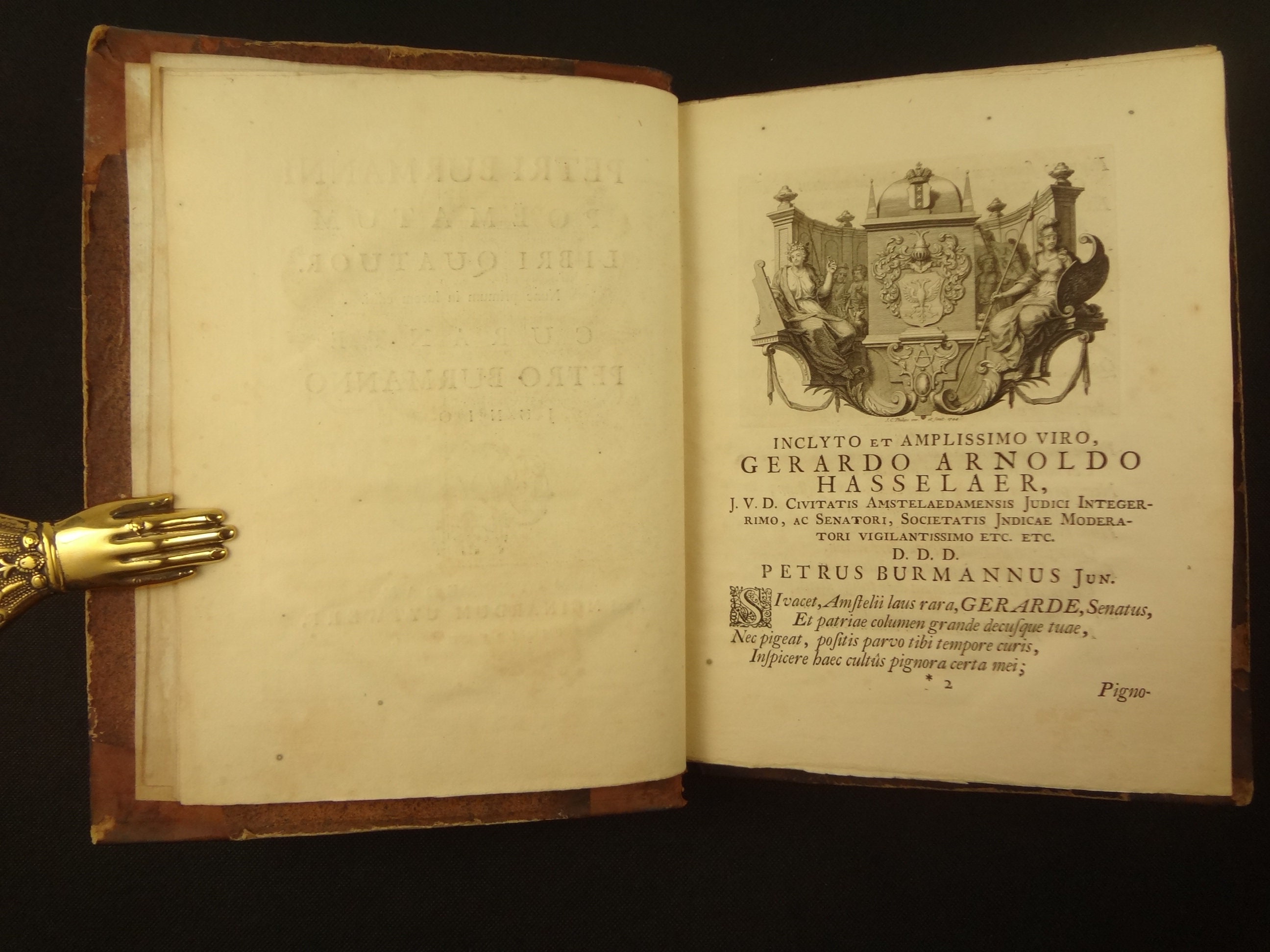 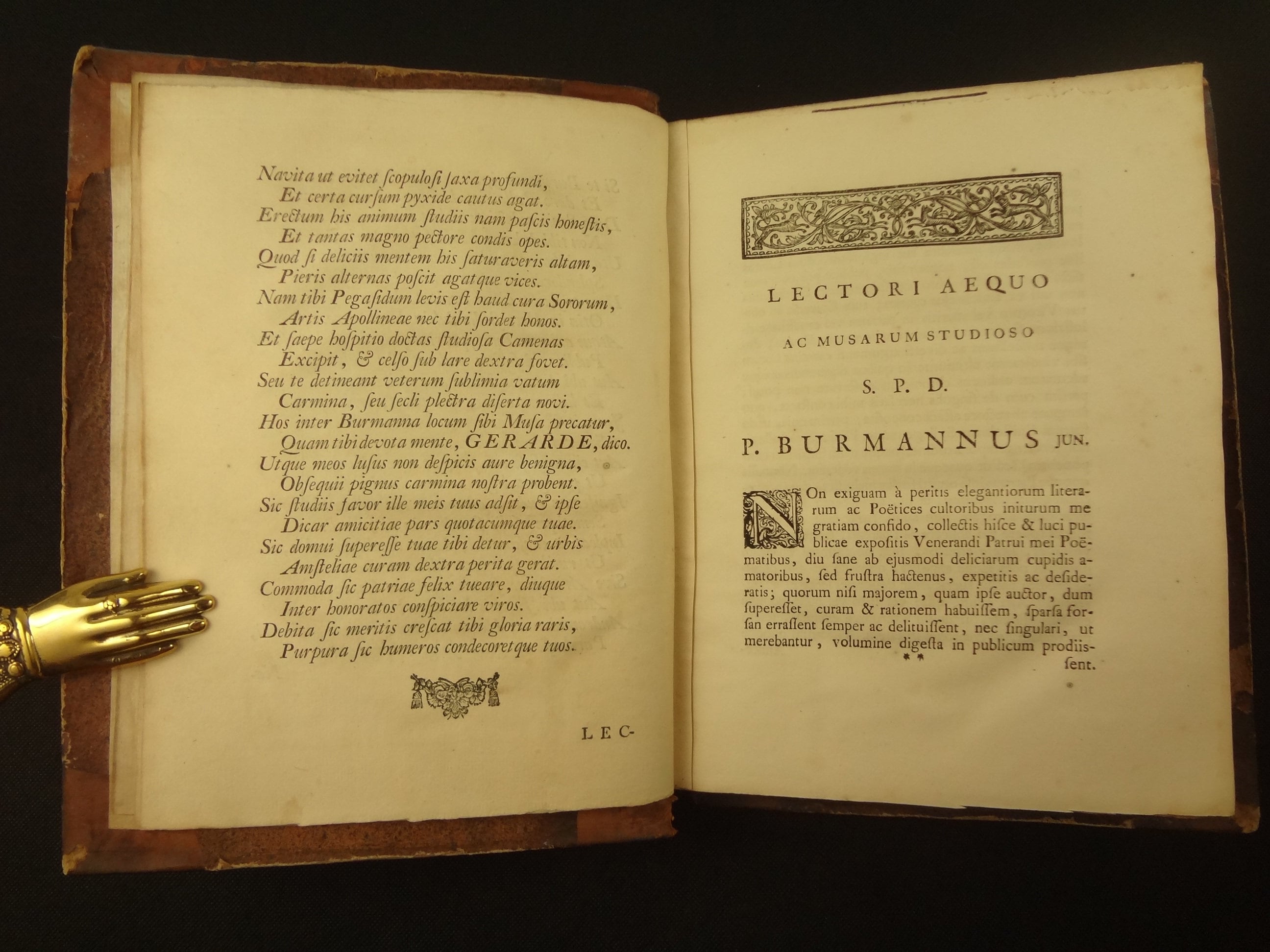 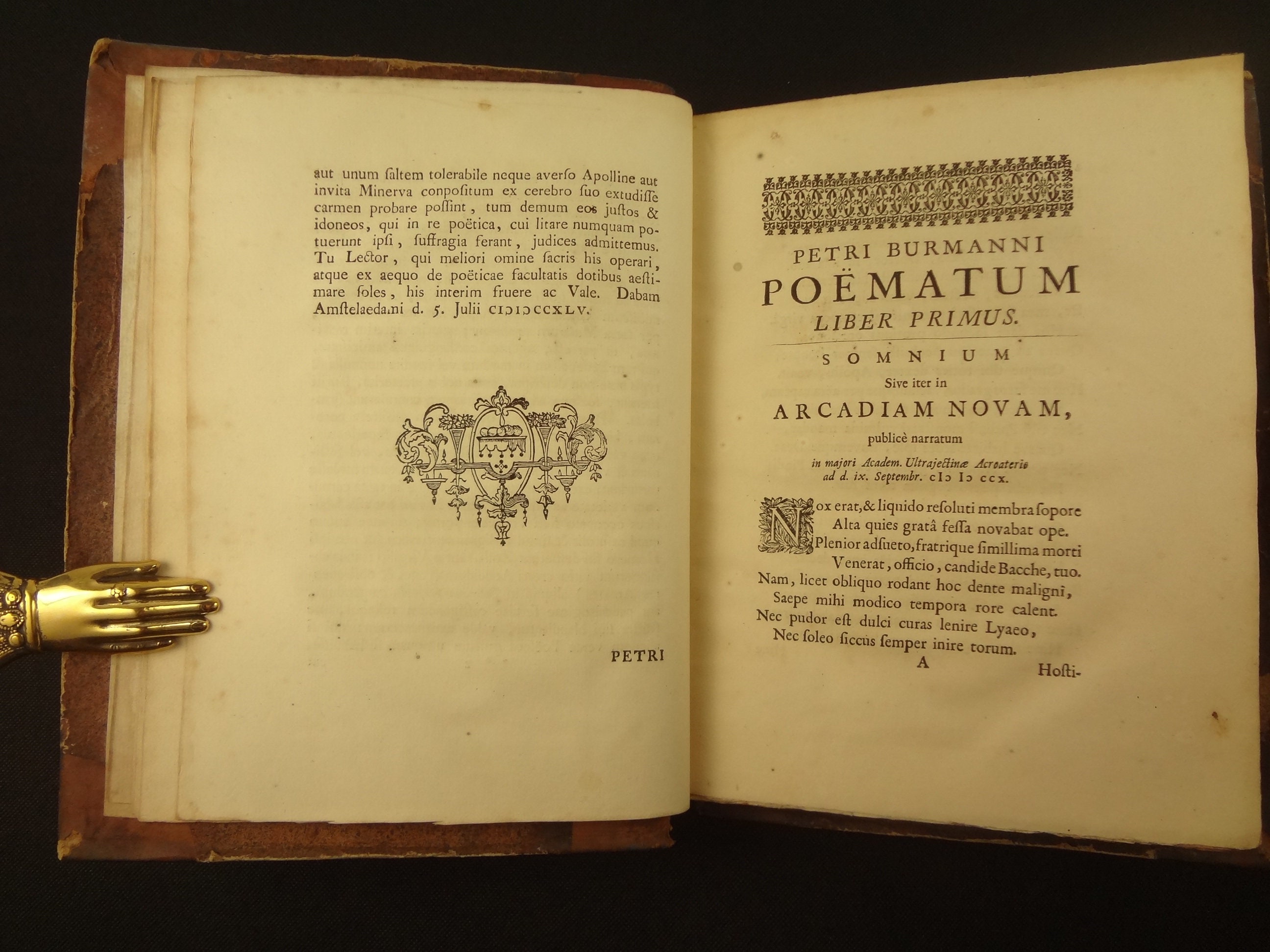 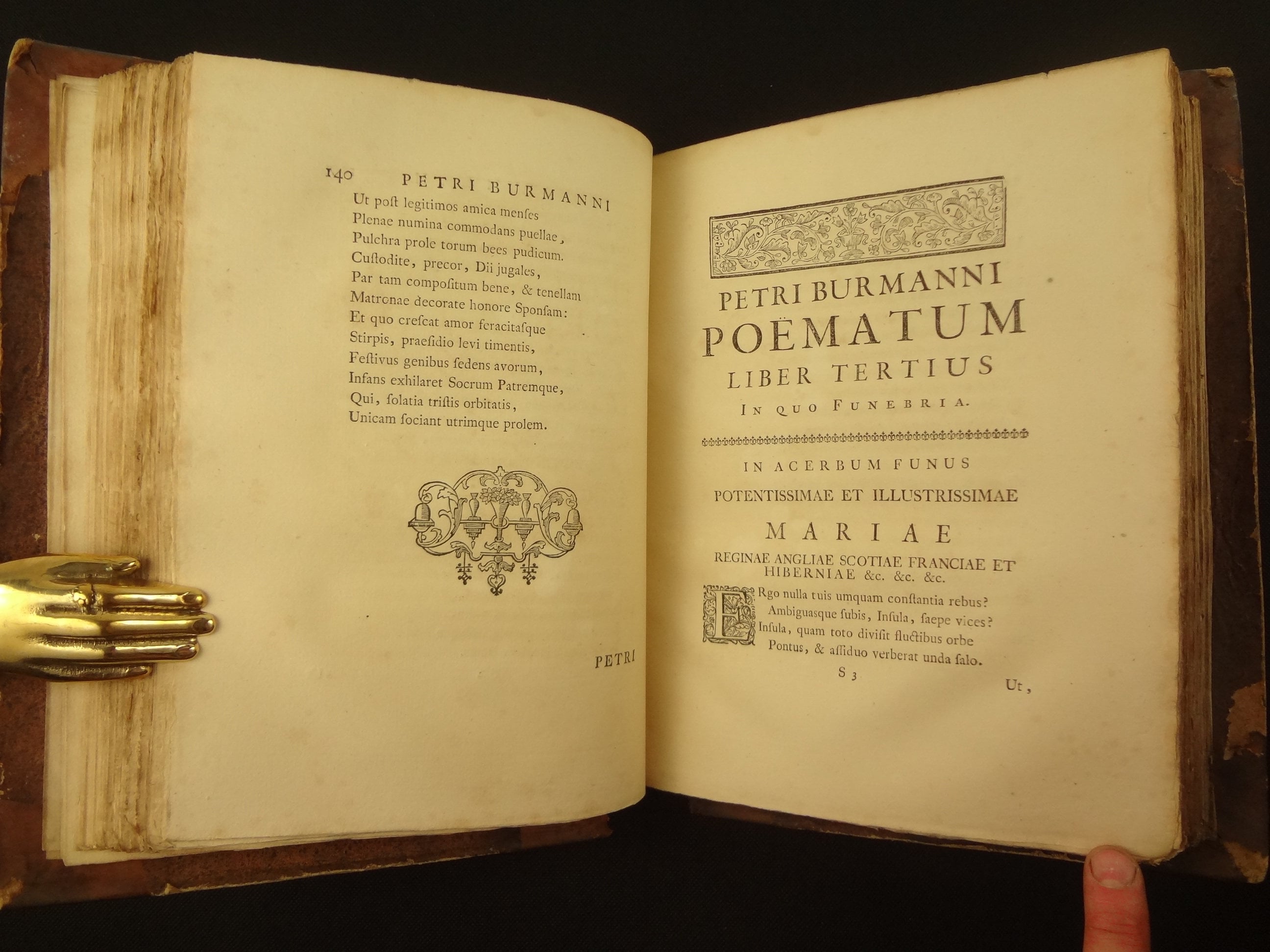 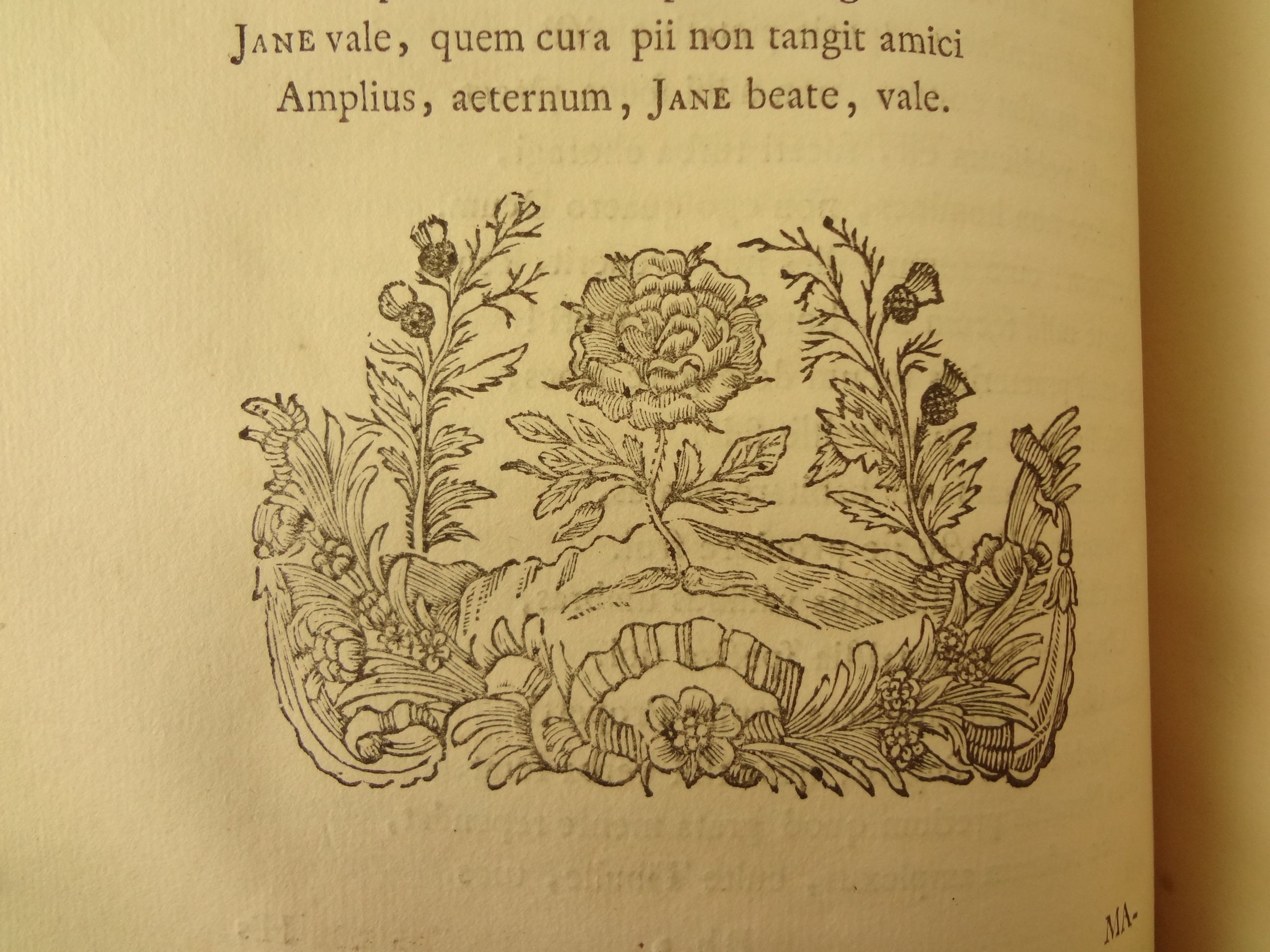 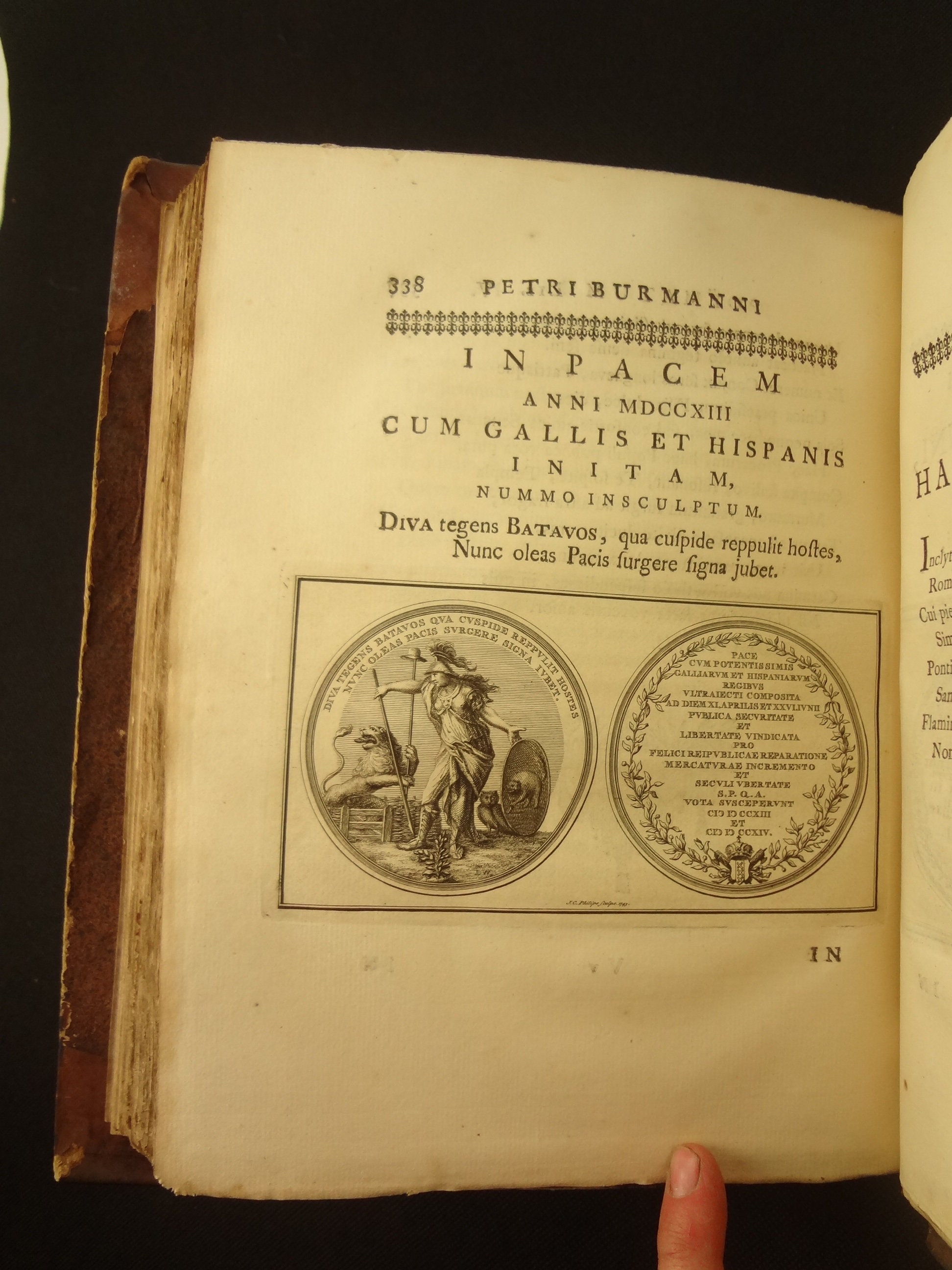 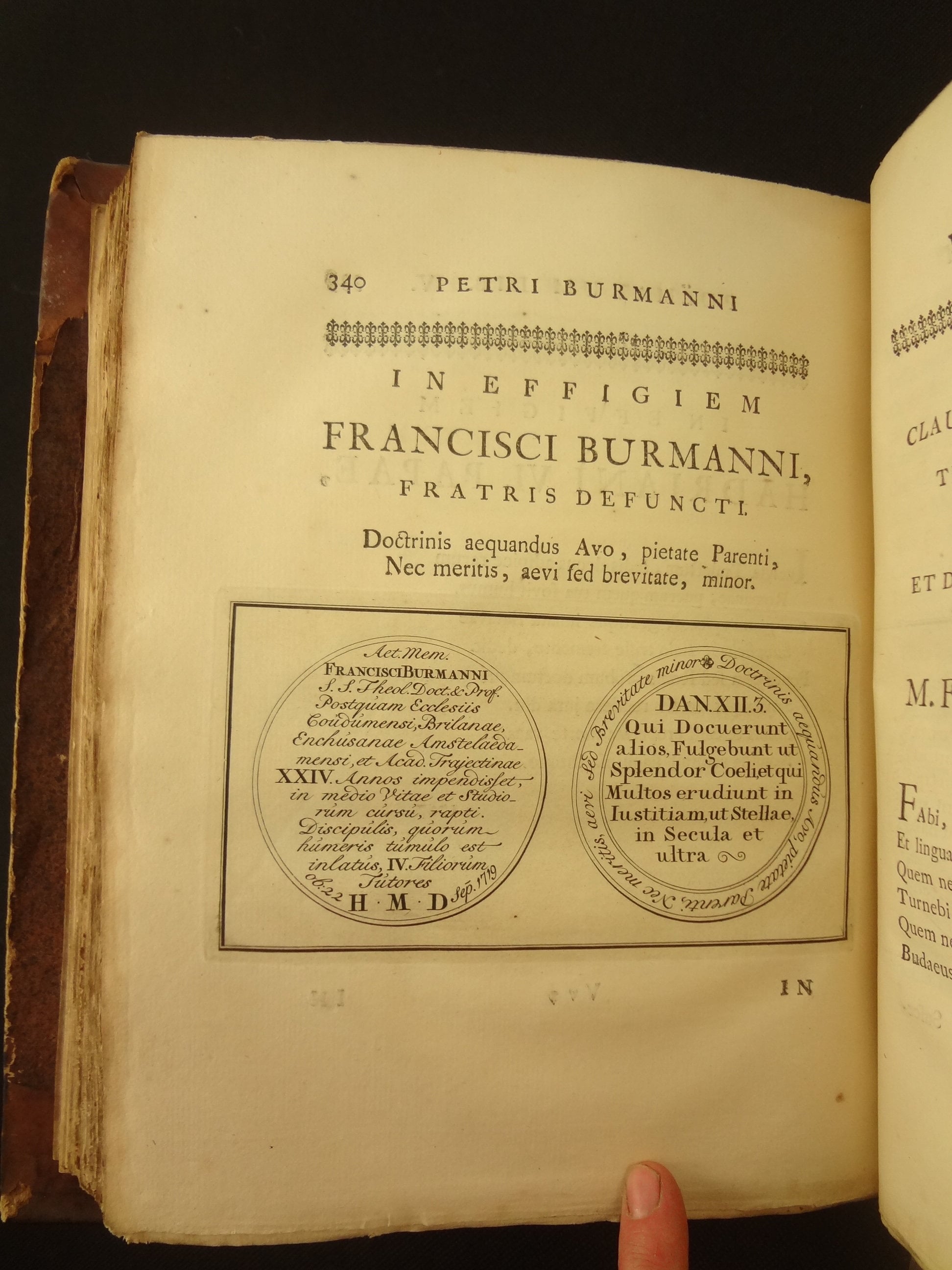 1st edition of this collection of Peiter Burman the Elder's Latin poems, as collected and edited by Pieter Burman the younger. Pieter Burman was an 18th century Dutch classical scholar. He was the 9th Librarian of Leiden University after a number of professorships.

I found a Dutch review of the work which gave these details:

Book 1 - "A lavish poem" in which the poet introduces the wrongness in the pursuit of civilized letters, nicely mocked...

Book 3 - Twelve poems on the death of the "learned"; one is dedicated to Queen Mary of England, in which the poet broadly praises the house of Orange and that of Willem the III.

See pictures. Binding with edge, corner and joint wear, and rubbing; some loss to paper covering boards. Spine with chip from bottom. A bump to the fore-edge of the front board. Turn-ins ghosted flyleaf. Occasional moisture mark right at fore-edge bottom corner. Some toning and foxing throughout. Two small spots on the title page and some thumbing. Occasional thumbing, dog-eared paged, etc. throughout. Nice thick paper with wide margins. Blank unpaginated rear endpapers with moisture marks.