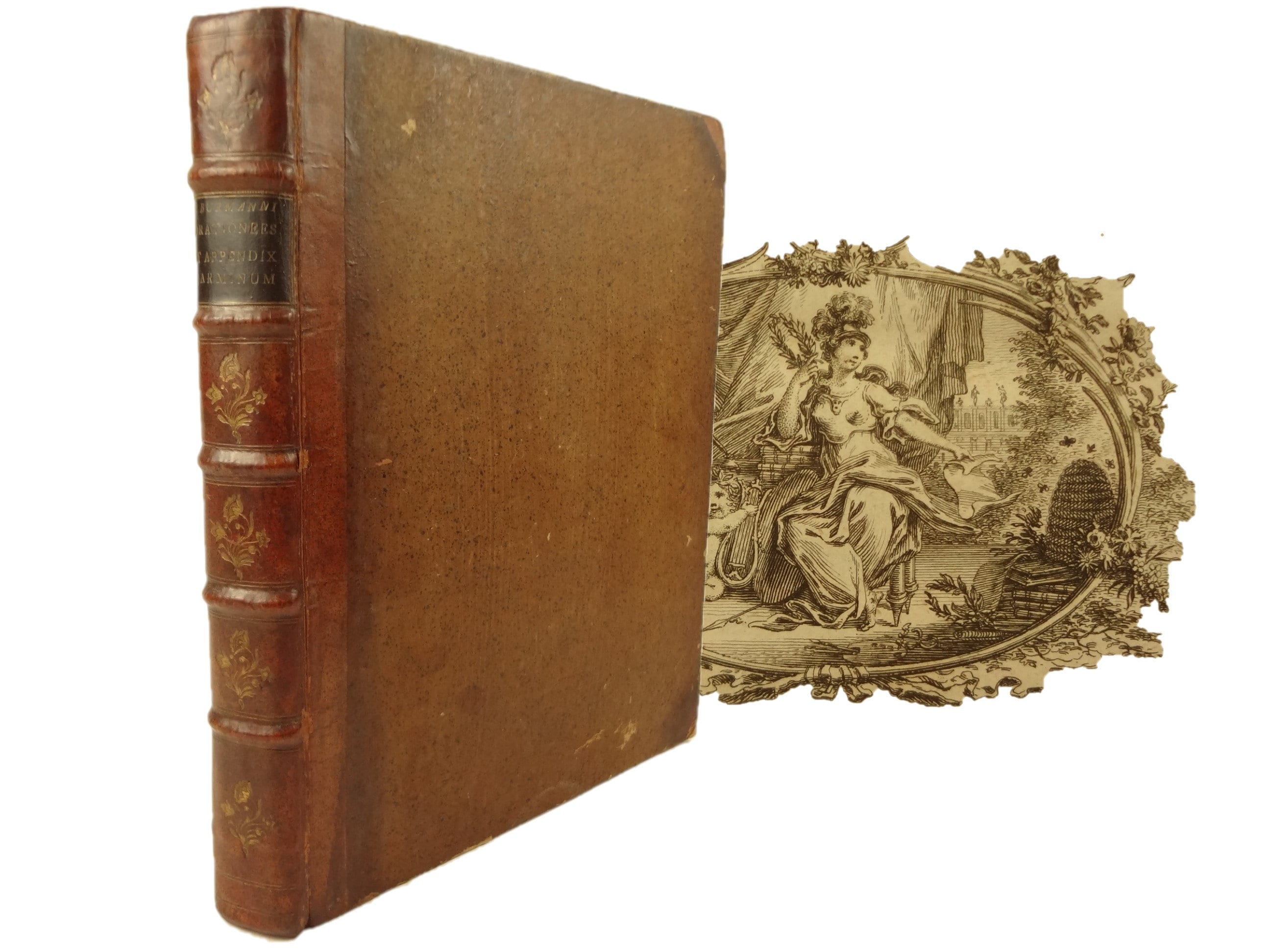 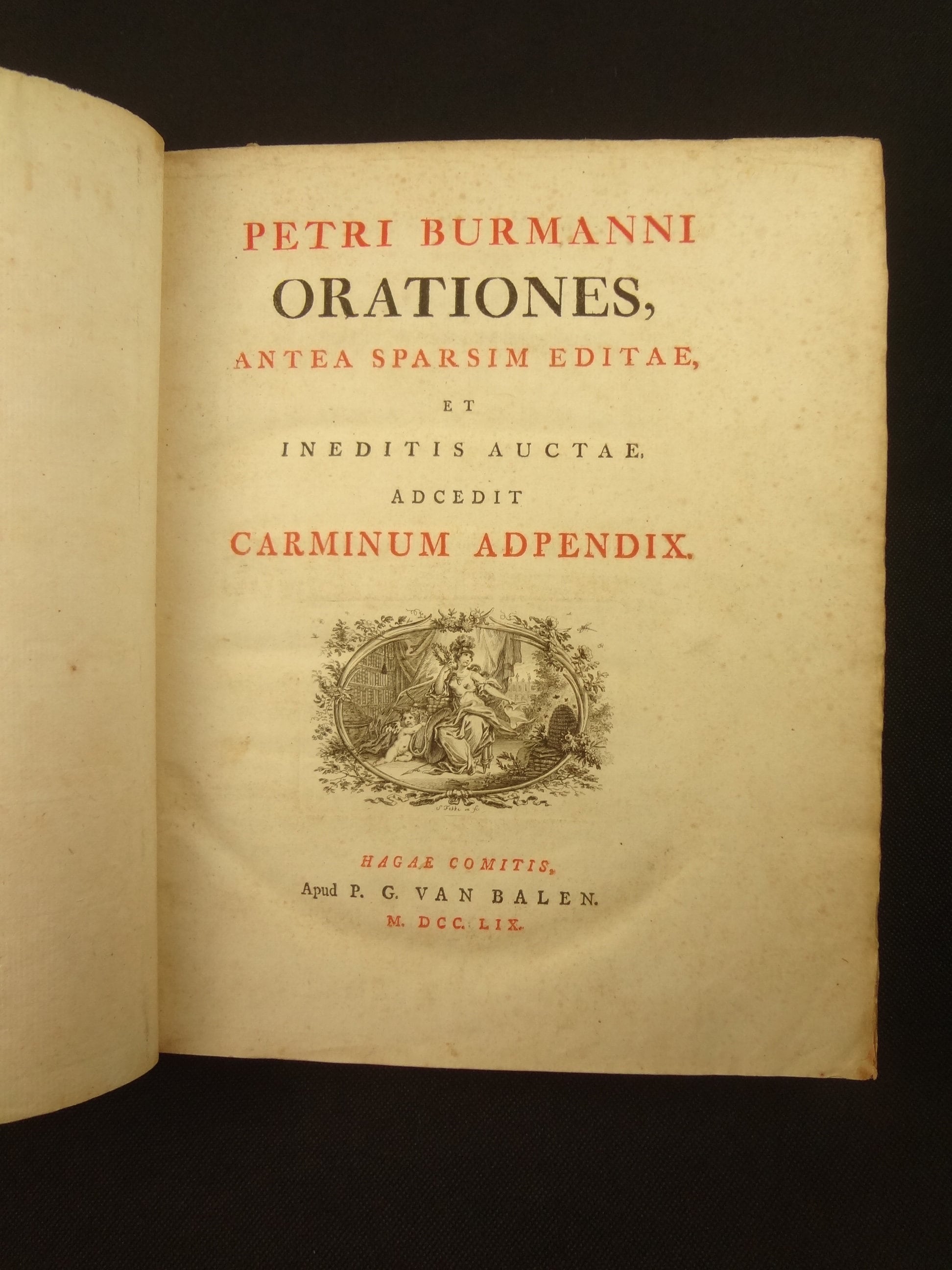 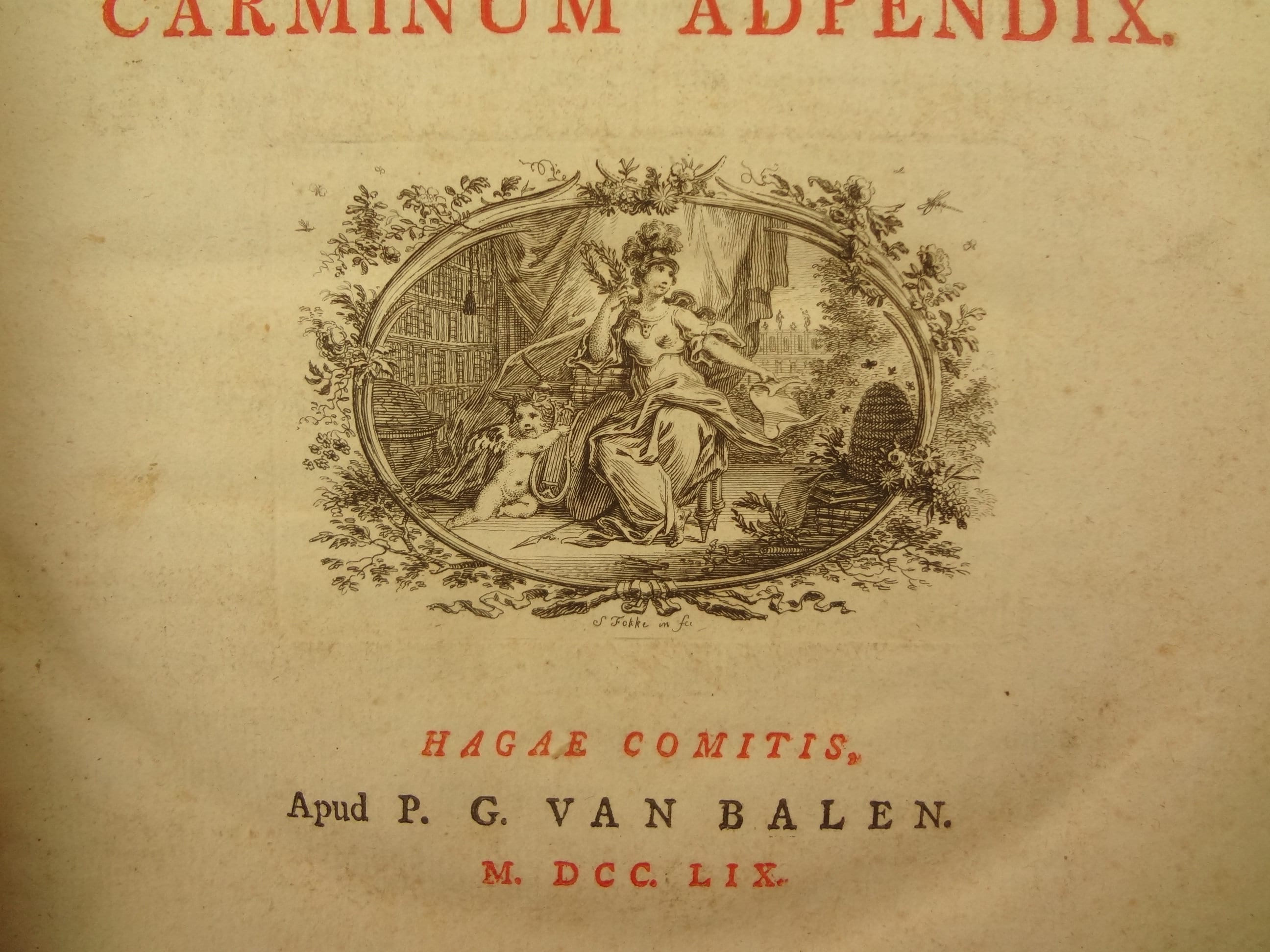 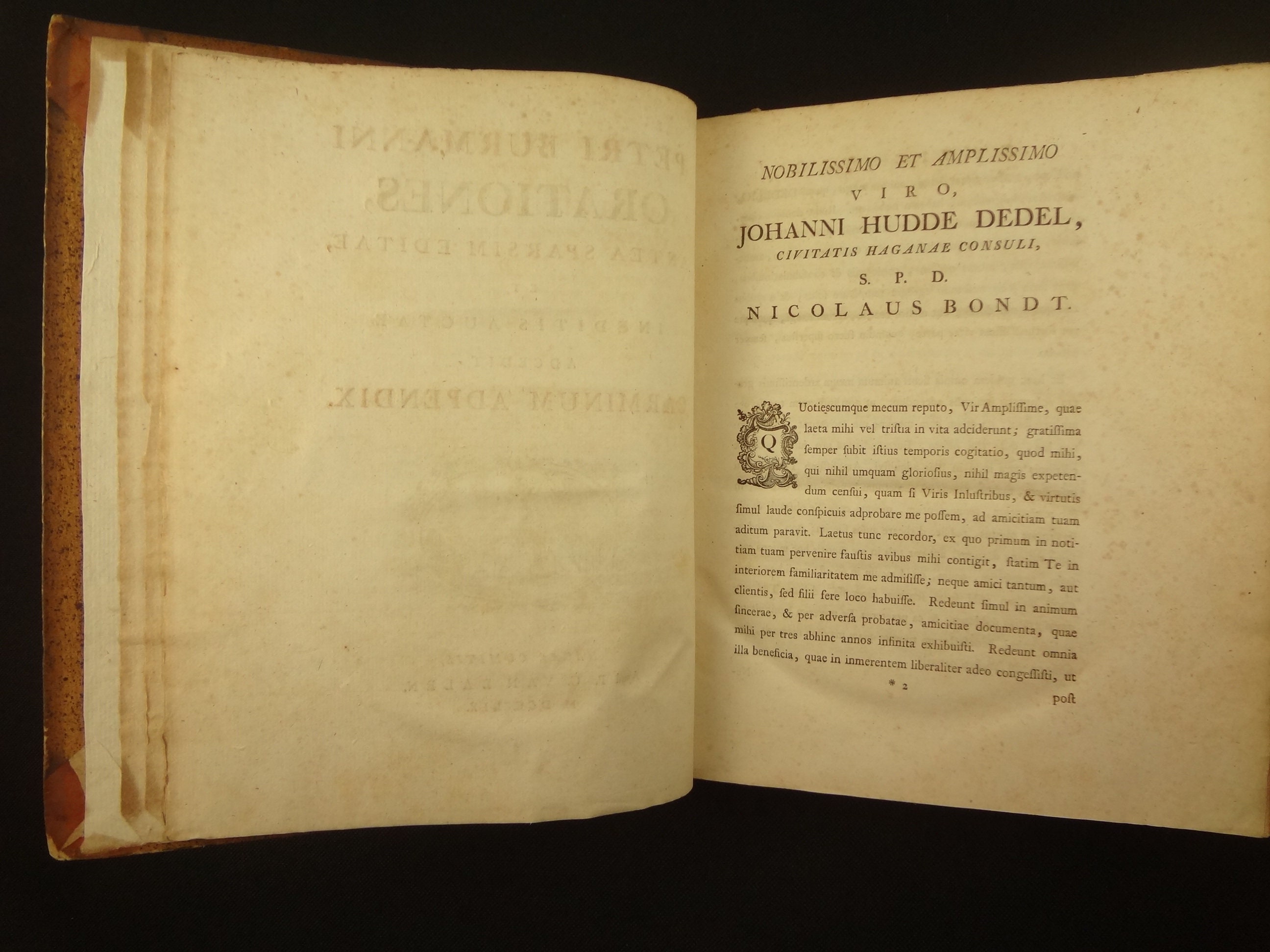 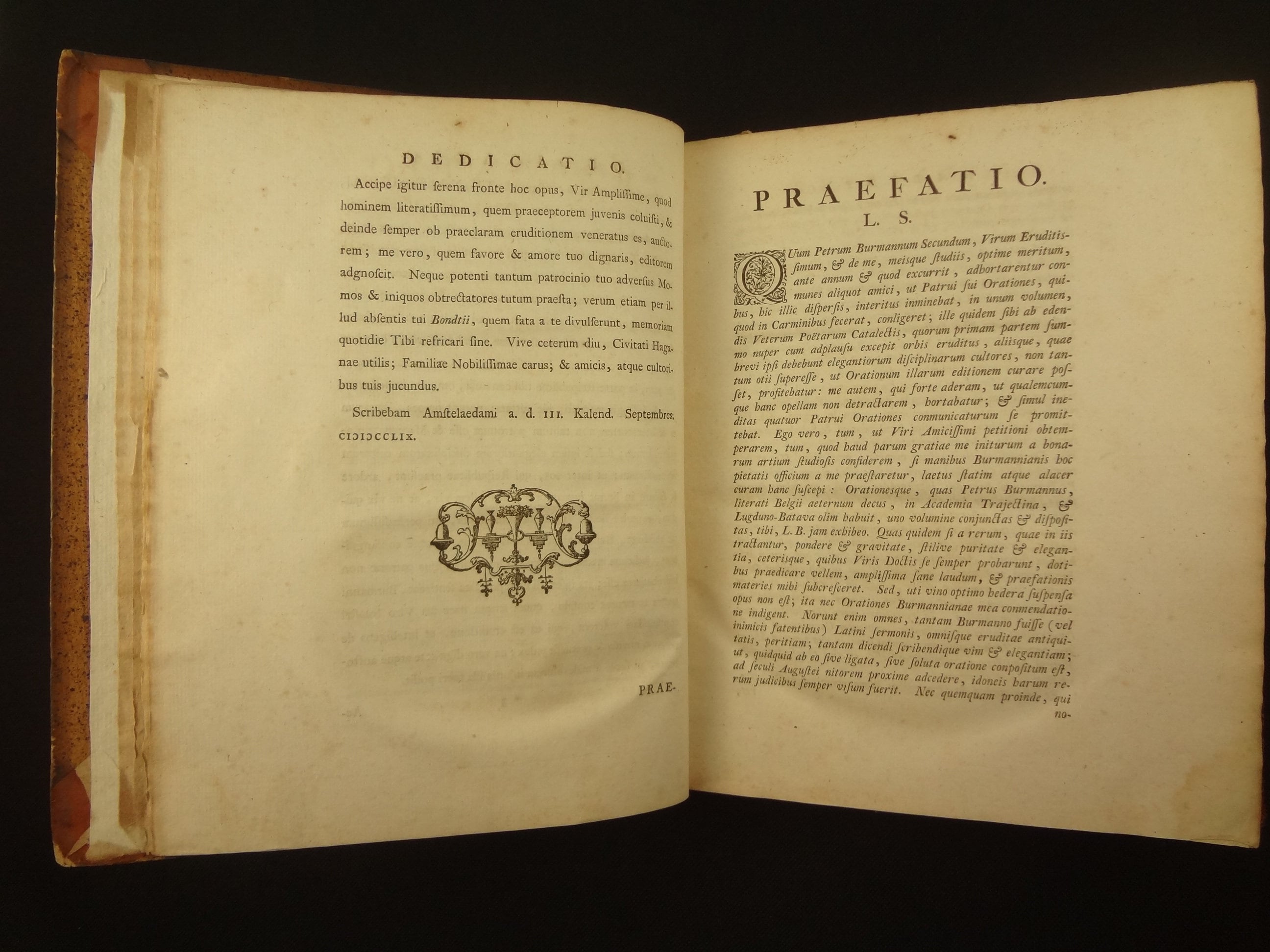 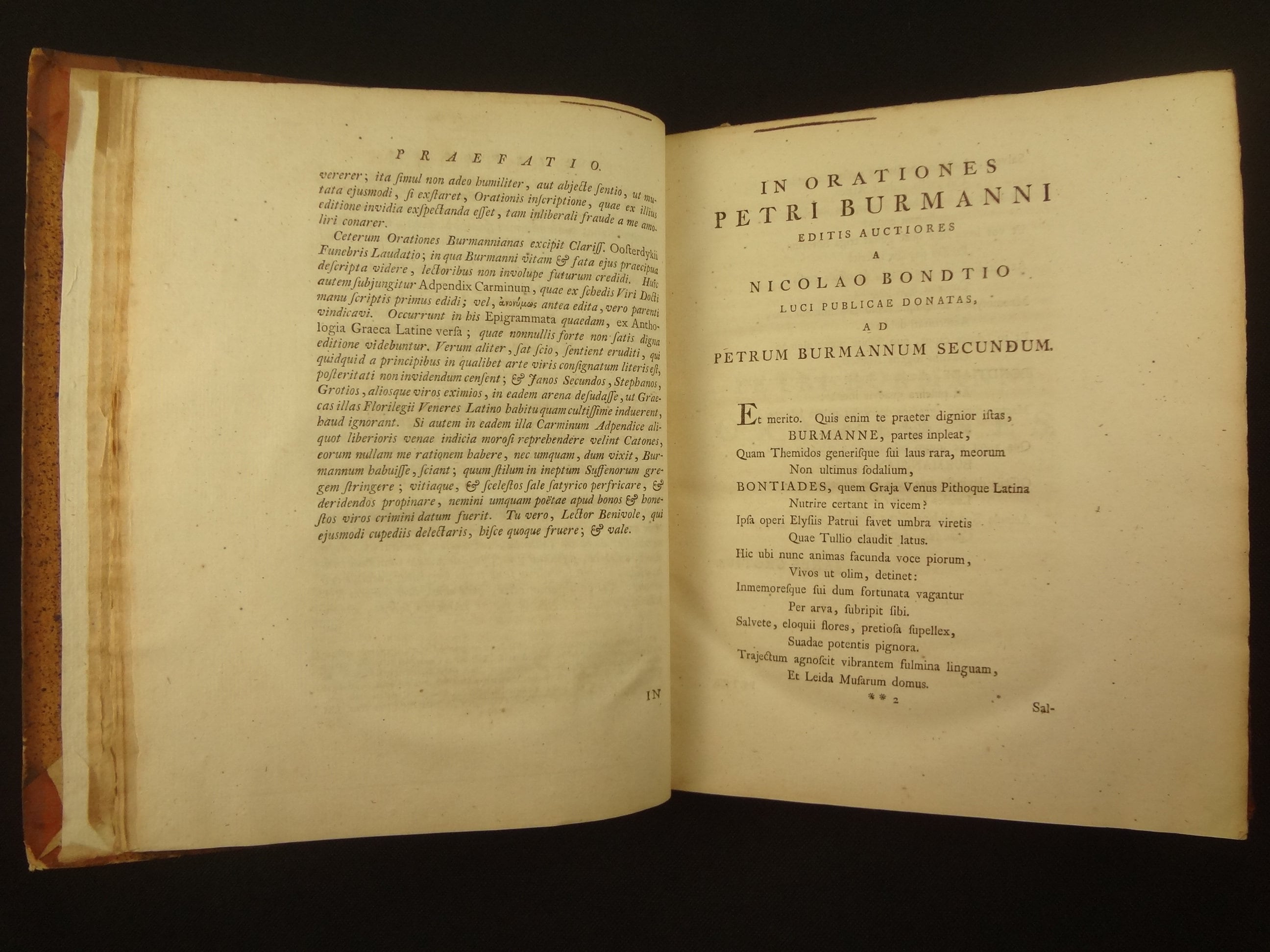 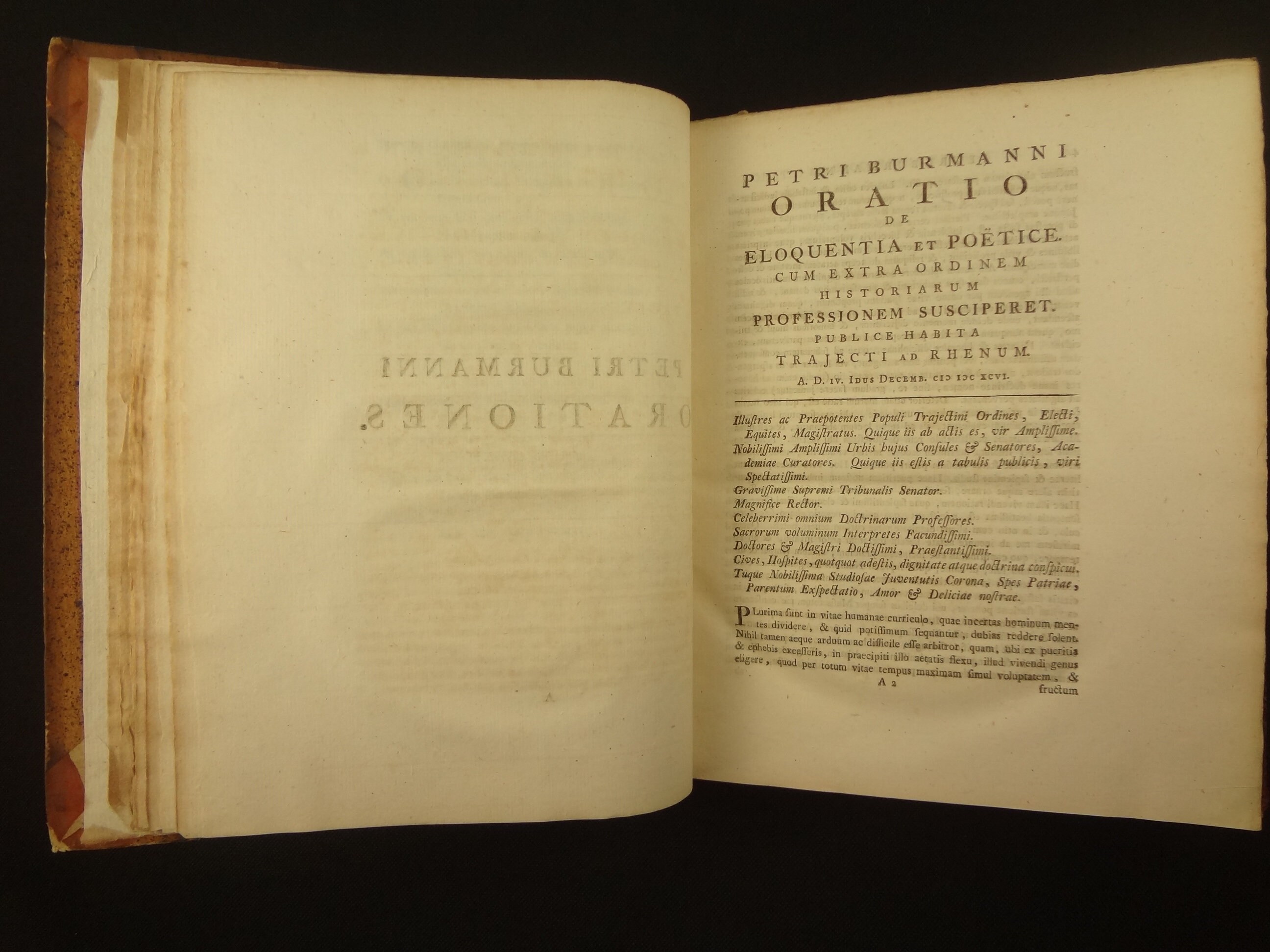 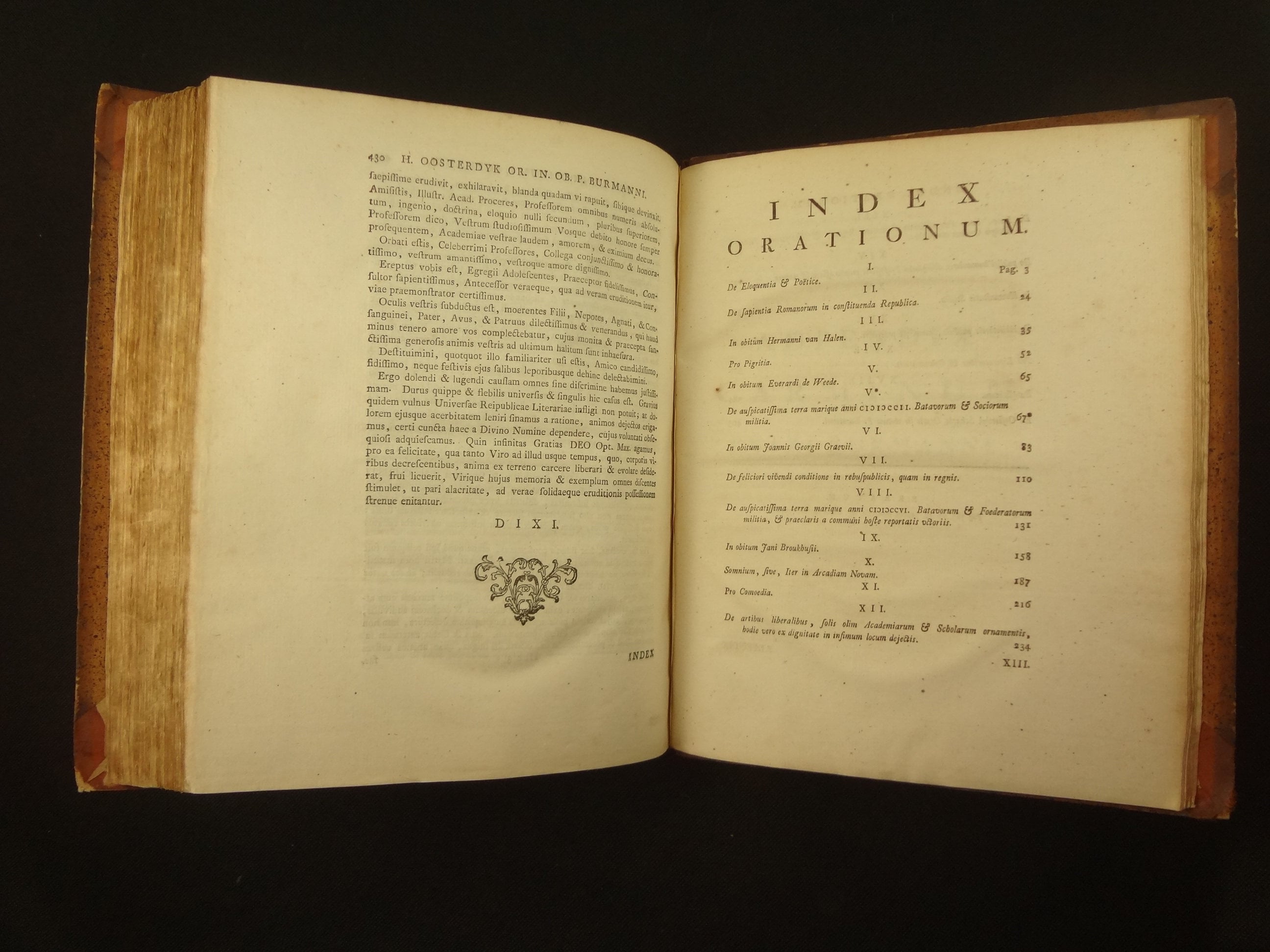 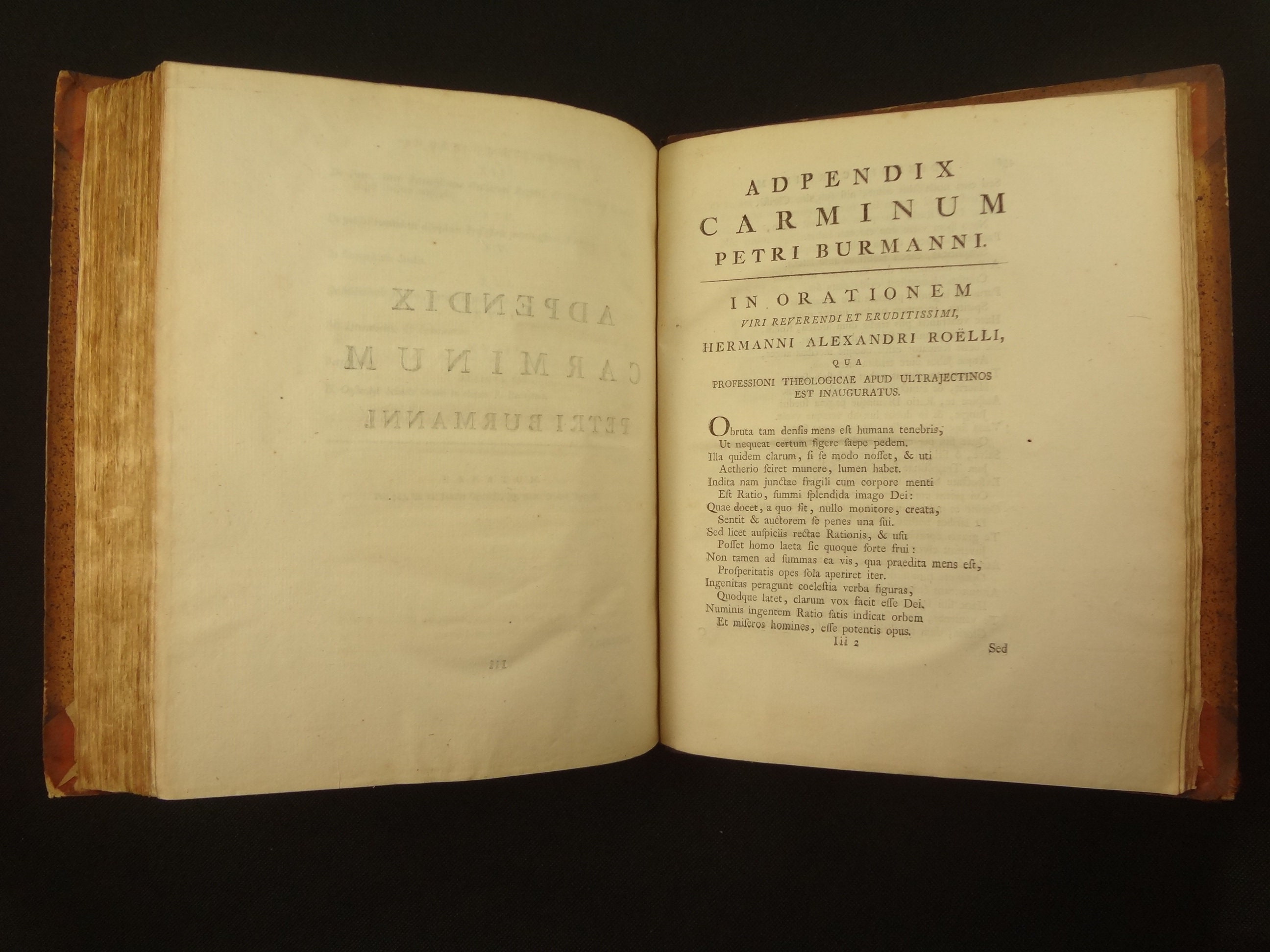 1st and only edition (saving modern reprints) of this collection of the Orationes of Pieter Burman. Scarce to market, due to only having one edition, there are no copies available on the market, per Vialibri at the time of this listing. The latest auction listing I could find was Pierre Berge, Paris, 22 April 2009; Lot 90 with an estimate of 400/500 Euro.

"Every lover of polite learning will be pleased with complete and accurate edition of the works of Burman, so deservedly celebrated over Europe for the chasteness of his Latinity, and the fineness of his genius . In this new edition we have four orations, never before published , which add greatly to the value of the volume , as they appear to be inferior in no particular to those upon which the best critics in Europe have already be stowed their applause . Besides a fund of literature , and refined imagination , there is in these discourses a certain purity of diction and Attic elegance , that would not be thought unworthy of Pliny himself . The subjects are important , and well chosen for the member of a republican government . They are as follow":

"The second of these orations it was , that probably gave birth to the report of M. Burman's having left among his papers a bitter invective against the stadtholdership , which the ingenious editor assures us was entirely groundless . To these orations of Burman , the editor has very judiciously annexed his funeral oration , pronounced by the learned Mr. Oorterdyck Schacht , professor of medicine in Leyden , from whence we are able to collect many interesting particulars of Burman's life ; interesting at least to scholars , because they regard a man so highly esteemed in the republick of letters."

The General Biographical Dictionary (Chalmers) tells us that Dr. Johnson drew his biography of Burman from the Schacht funeral oration.

See pictures. Binding with corner/edge wear and some rubbing. Some cracking along joints but boards holding well. A 2" loss of leather/rub on rear board. Top-edge of textblock darkened. Turn-ins have ghosted facing leaves. Paper throughout with some toning and light foxing. No writing (not even on the preliminaries) and nice wide margins. Preface two leaves with a moisture mark at the bottom corner, no text affected. 65/66 with 2" tear from fore-edge. Tiny worm track at top margin of 80-105. Stub at Hhh4; it's like the inserted another "Index" after printing, this is the same in the scanned copy online housed at the British Museum. Moisture mark at top of gutter, 437 to end; no text affected. A moisture line on the rear blank two unpaginated leaves.