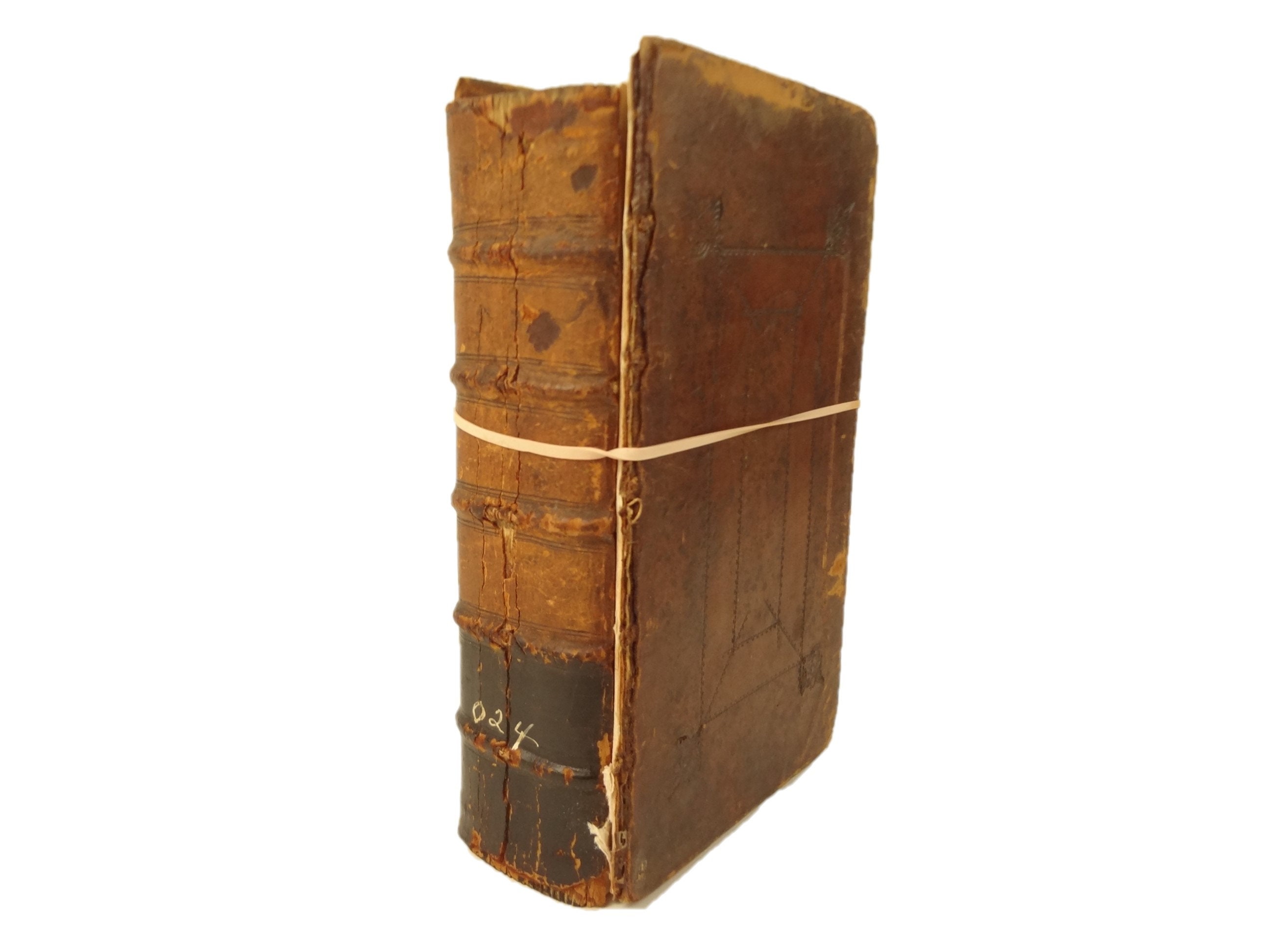 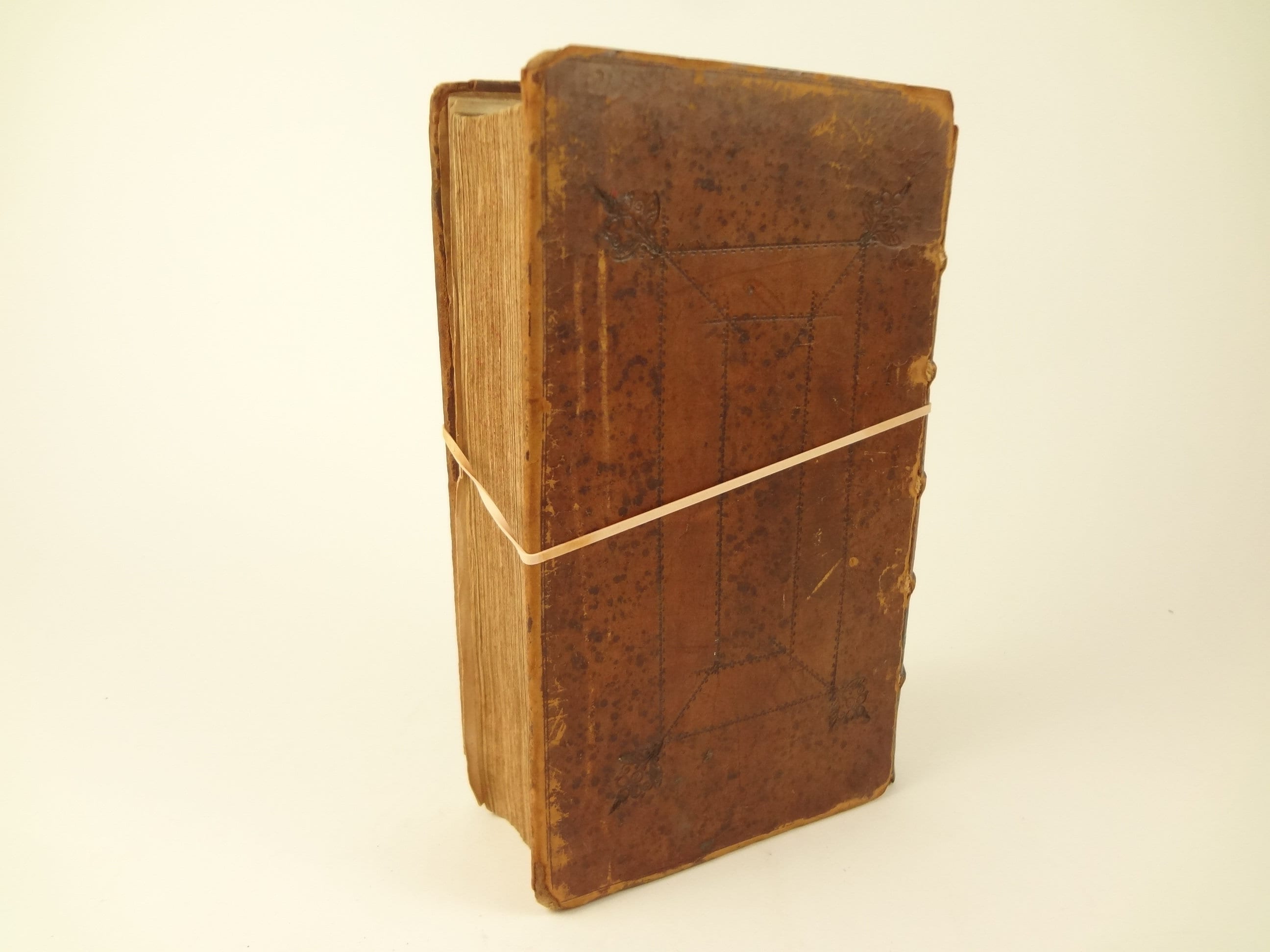 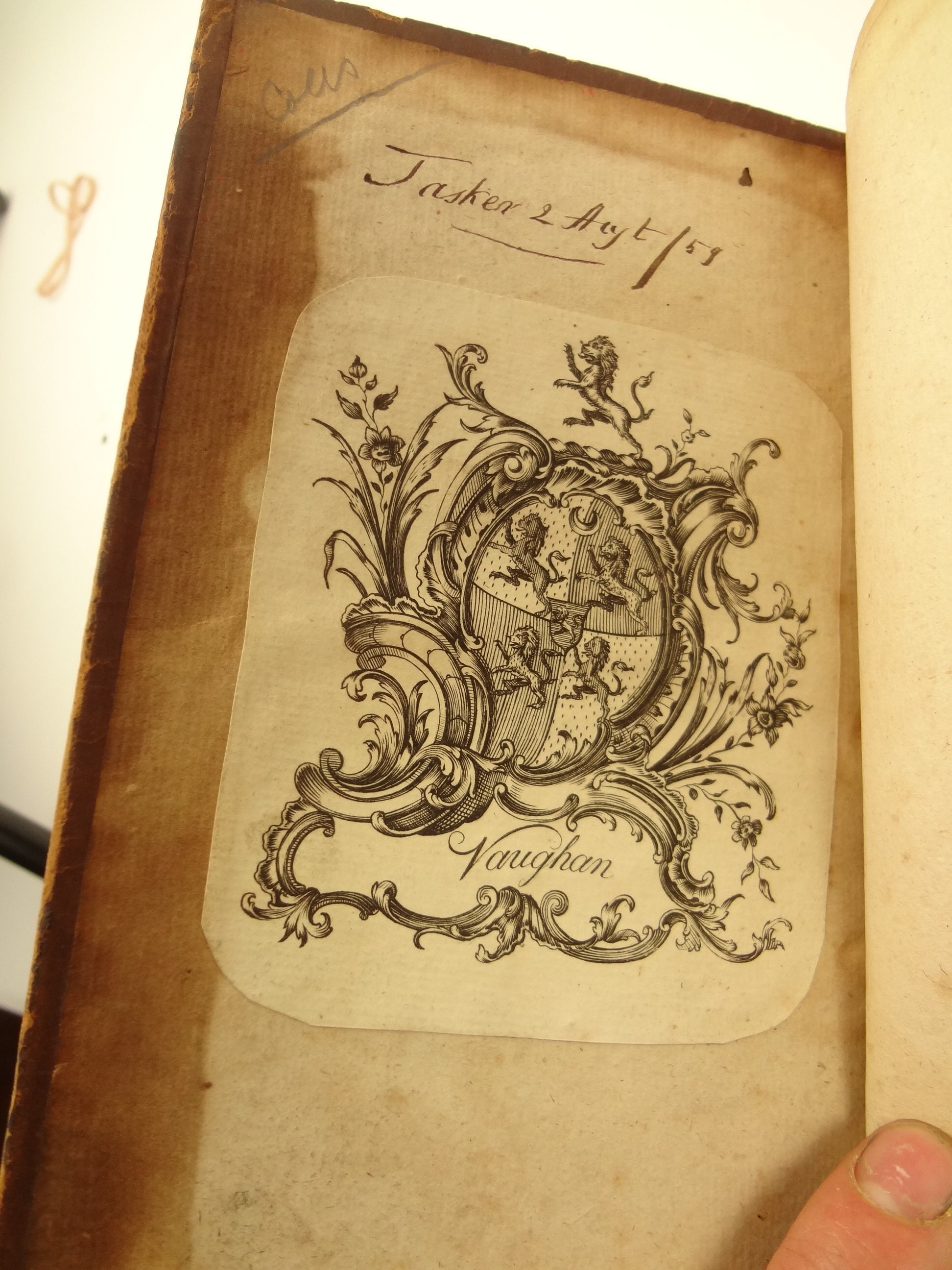 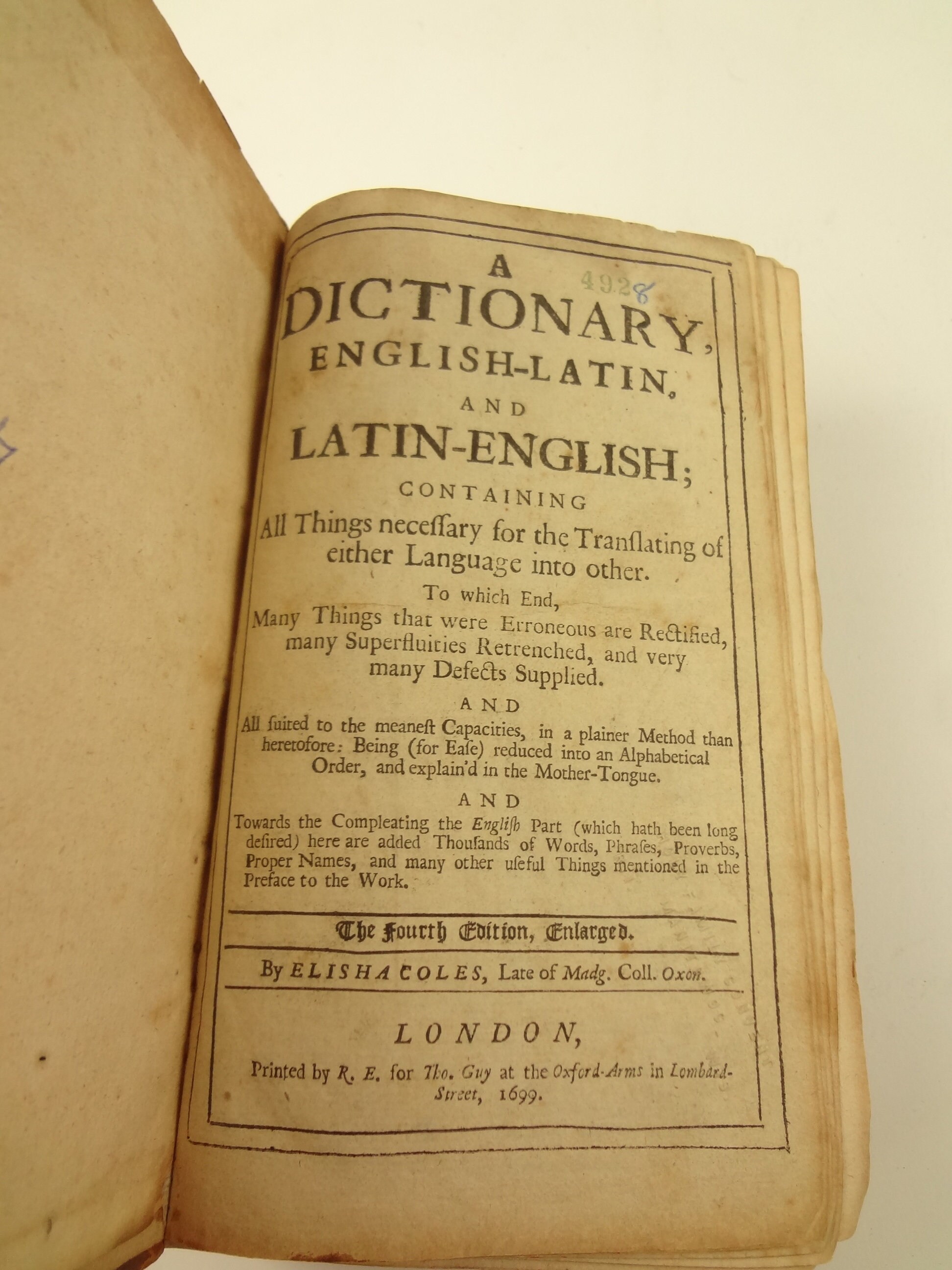 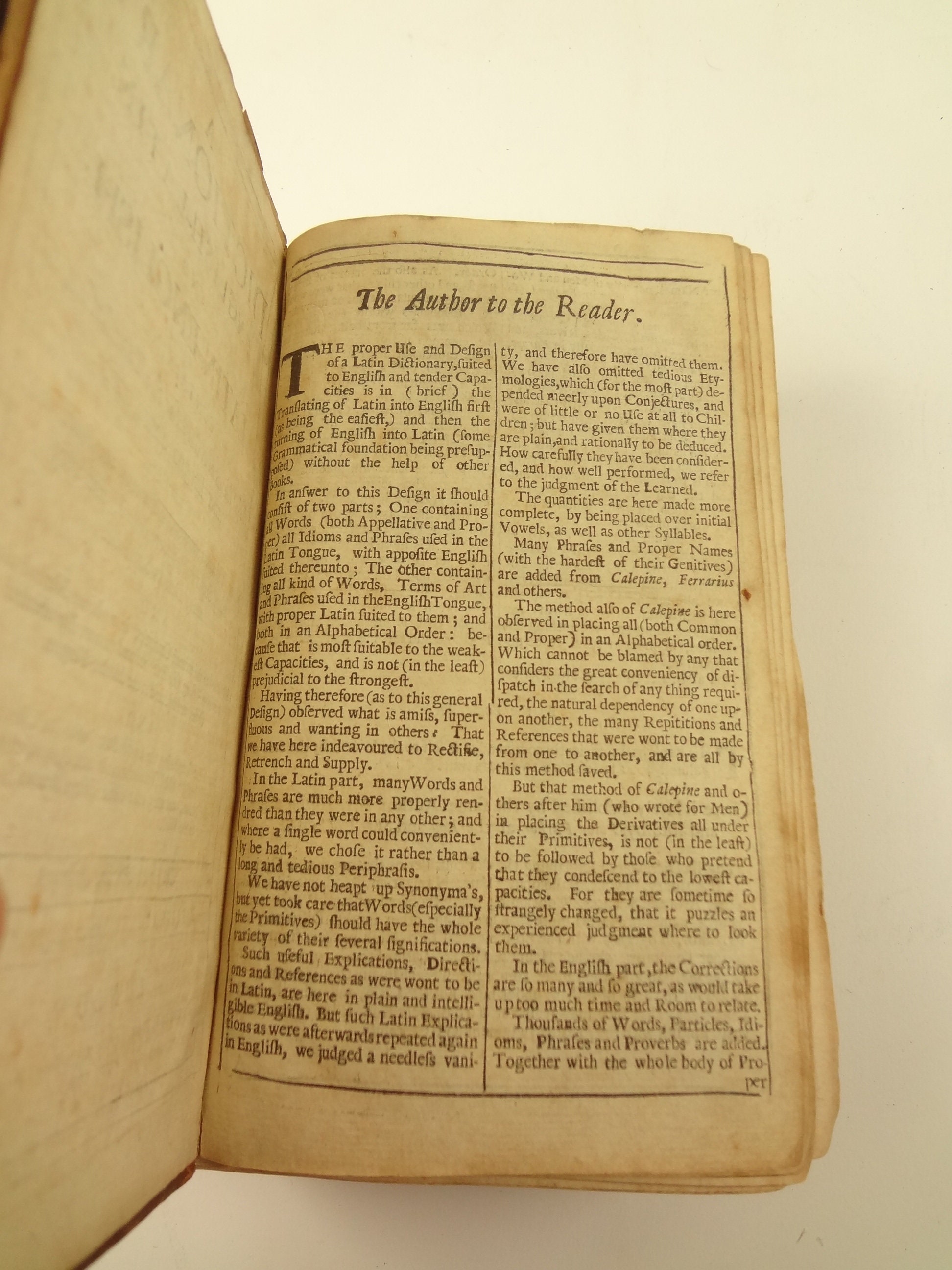 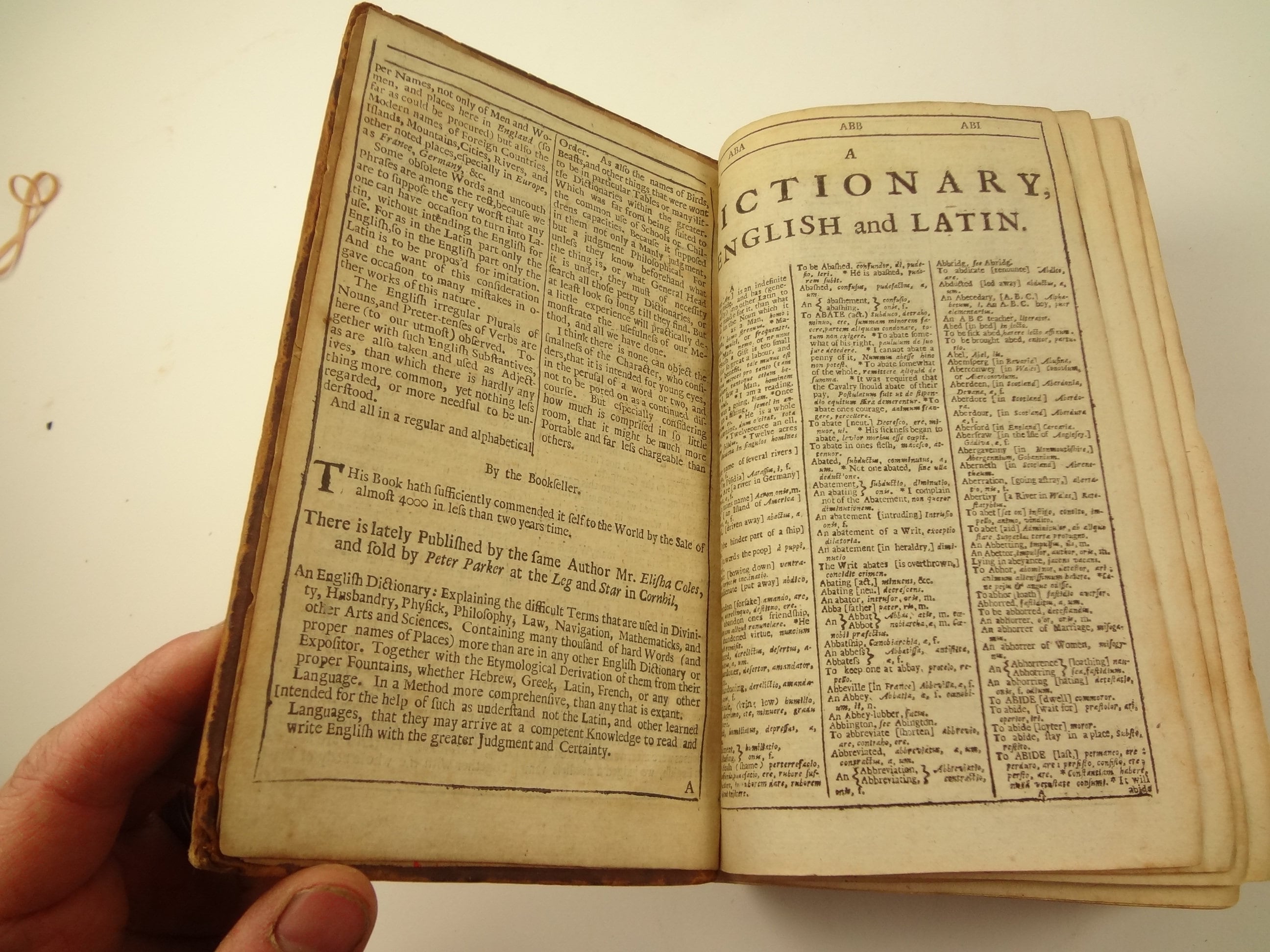 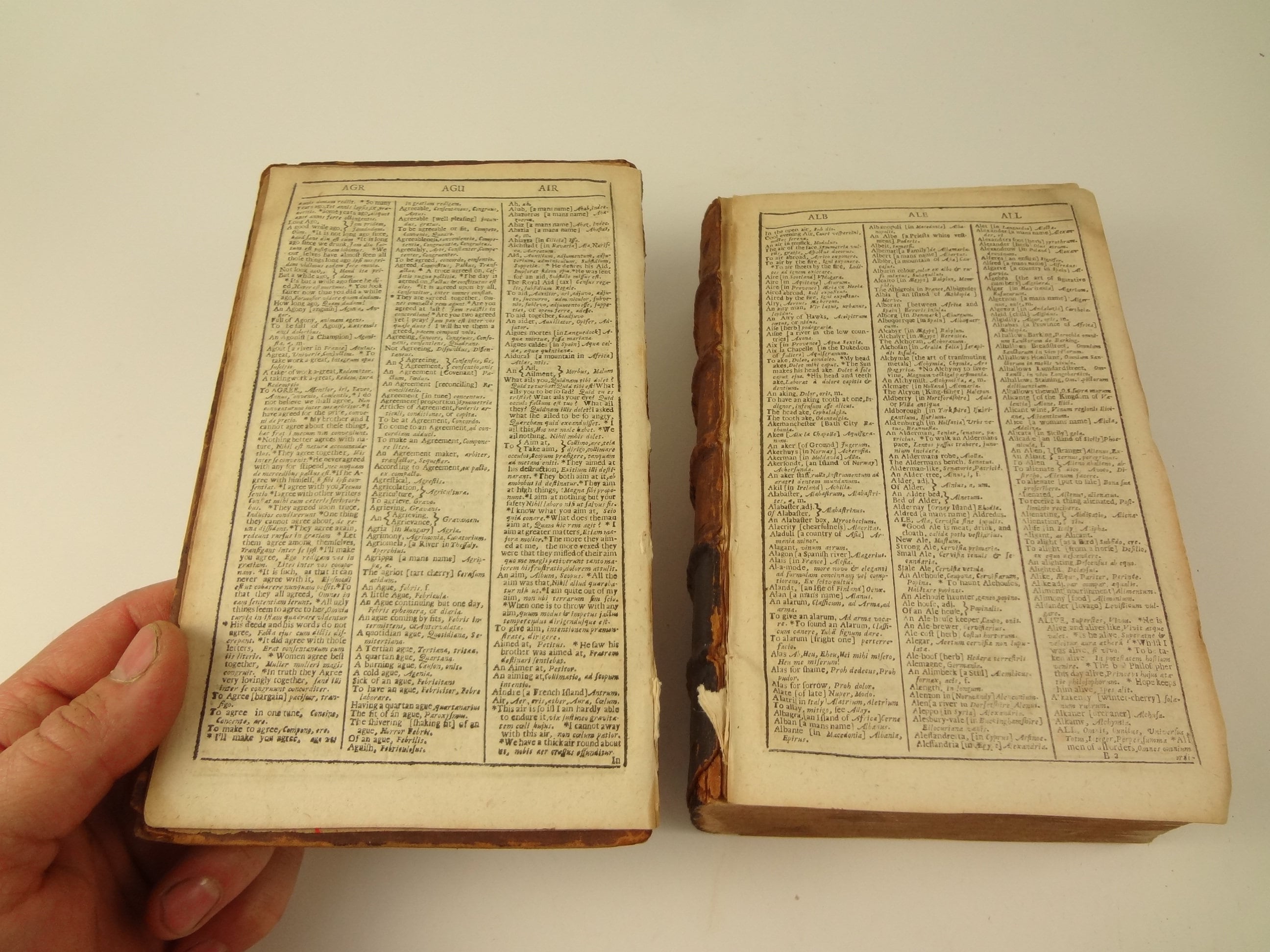 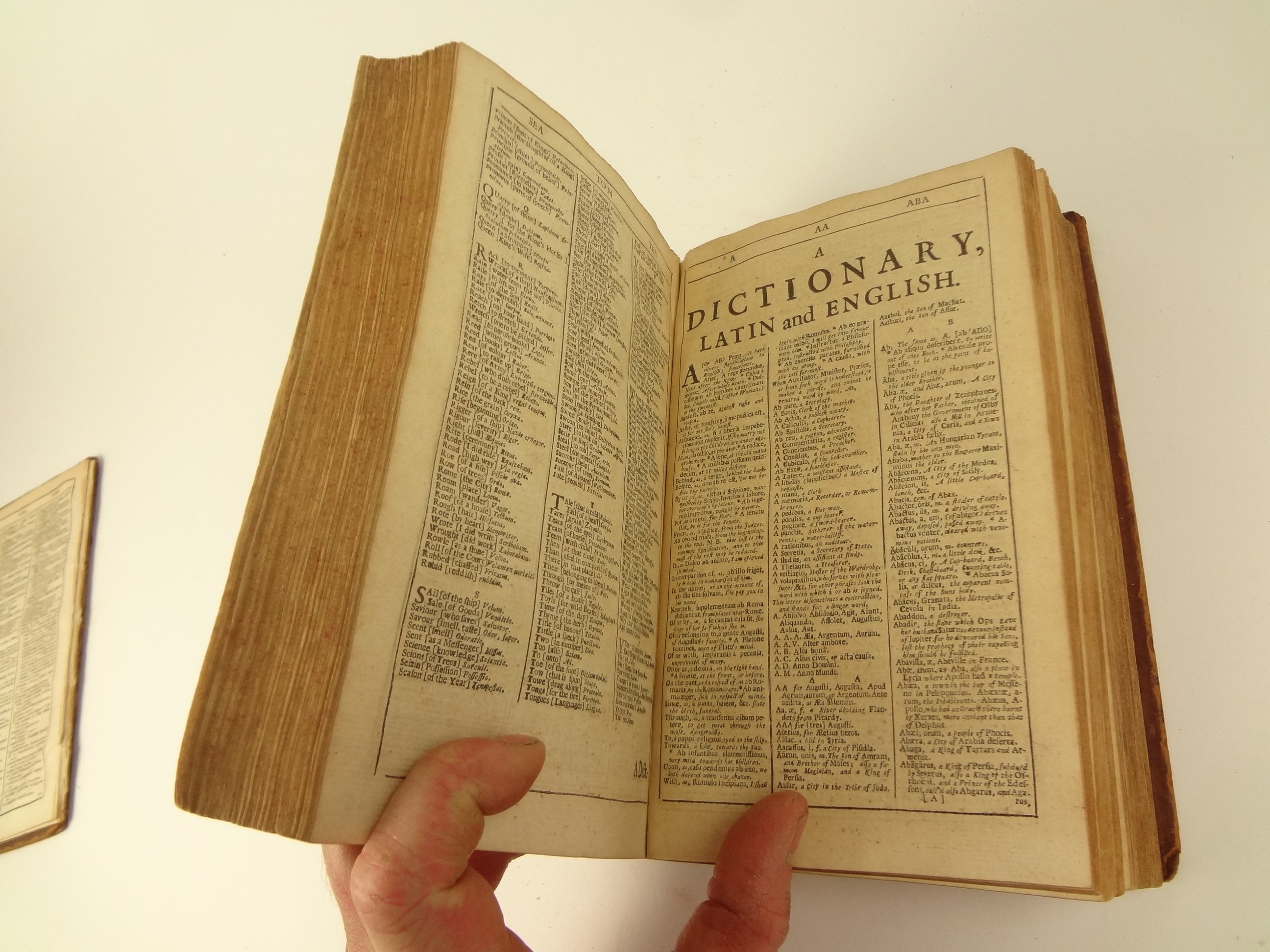 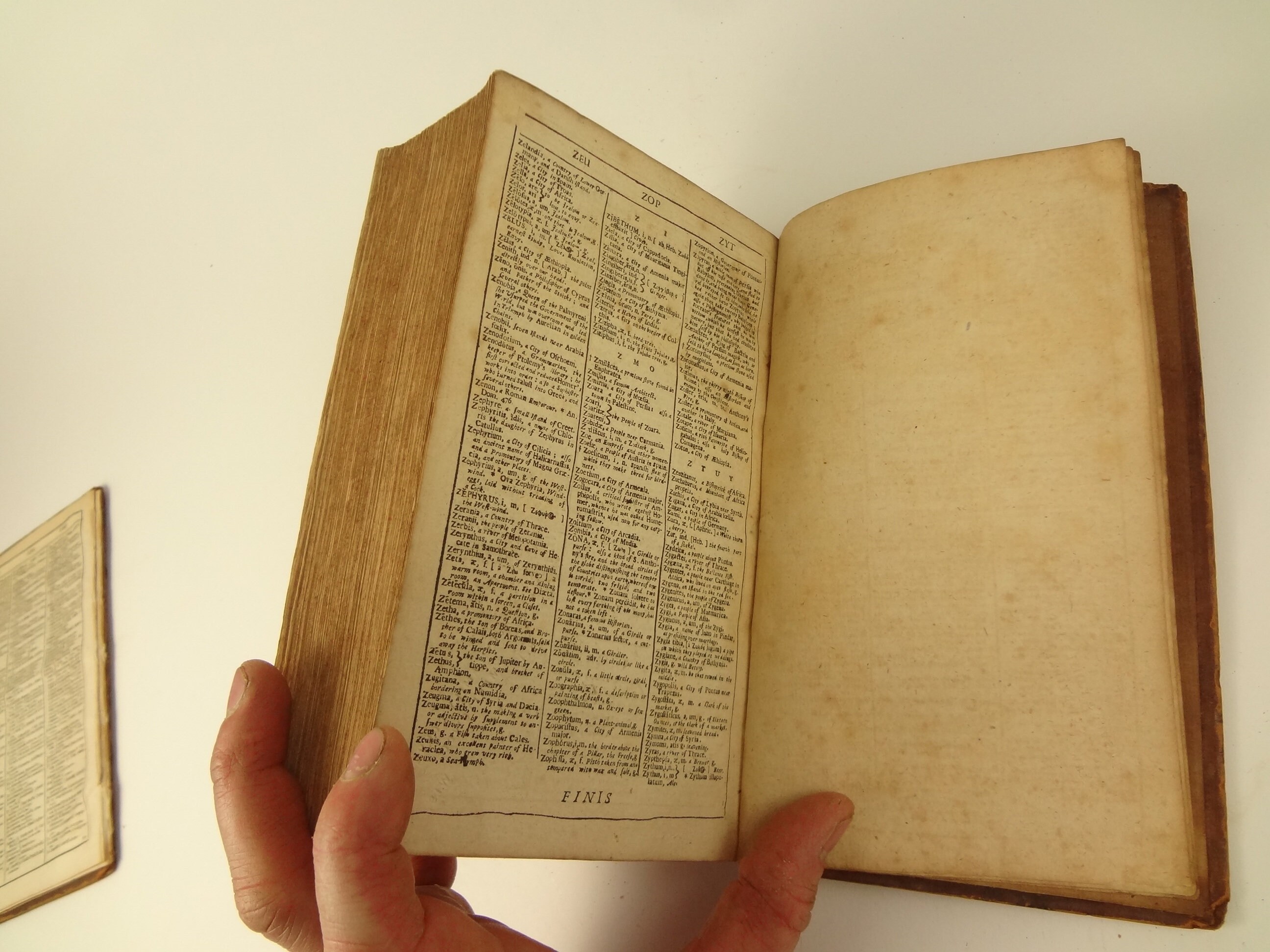 Scarce to market and rare in the world's libraries (3 copies), Elisha Coles expanded 1699, 4th edition, A Dictionary, English-Latin, and Latin-English...

This copy needs to be rebound.

Coles dictionaries were very successful in the 17th century, and editions were printed late into the eighteenth century.

At the time of listing, I could not find another 17th century copy, of any edition, on the market using Vialibri. Auction records are also sparse. Antiquates Fine and Rare Books recently offered a first edition for 900 British pounds (catalogue 15, number 75)

The ESTC and Worldcat suggest there are few copies of this 1699 edition in the world's libraries. I'll go out on a limb here, and use the word... this is a rare edition.

A dictionary, English-Latin, and Latin-English; containing all things necessary for the translating of either language into other. To which end, many things that were erroneous are rectified, many superfluities retrenched, and very many defects supplied. And all suited to the meanest capacities, in a plainer method than heretofore: being (for ease) reduced into an alphabetical order, and explain’d in the mother-tongue. And towards the compleating the English Part (which hath been long desired) here are added thousands of words, phrases, proverbs, proper names, and many other useful things mentioned in the preface to the work. The fourth edition, enlarged. By Elisha Coles, Late of Magd. Coll. Oxon.

Elisha Coles was a 17th-century English lexicographer and stenographer. Coming to London about 1663, he taught Latin to youths and English to foreigners, and afterwards he 'continued that employment, with good success, in Russell Street, near Covent Garden.' In the epistle-dedicatory to one of his works, published in 1675, he states that he had practised the principle of 'syncrisis' in learning for above twenty years, and in teaching Latin for about fourteen. On 3 Aug. 1677 he was appointed second under-master of Merchant Taylors' School, which post he resigned, 14 Dec. 1678, on being appointed master of Galway school by Erasmus Smith, the founder. He died on 20 Dec. 1680, and was buried in the collegiate church of St. Nicholas in the town of Galway. His epitaph describes him as a master of arts, but it is doubtful whether he ever took that degree. Wood says he was 'a curious and critical person in the English and Latin tongues, did much good in his calling, and wrote several useful and necessary books for the instruction of beginners.

See pictures. Binding broken, front board and the pages through signature B1 are attached to the front board. Ex library book with numerous impressions of a Catholic library in the pages, and occasional call numbers written/stamped on the pages. Pages toned with some foxing and thumbing. Ex-libris plate of Vaughan on pastedown. Small chip at the bottom margin of A2. B2 and B3 leaves loose. B4 with a 1" damage at gutter, and shaken. C gathering also with a little damage at bottom of gutter. Ink mark on E2 verso and ghost on facing leaf. A little separation at gutter at second O gathering. The issues at the front would be easily remedied with a new binding; still, it would always have the signs of being ex-library thanks to the impressions and call numbers, but else there was no other writing or annotations.