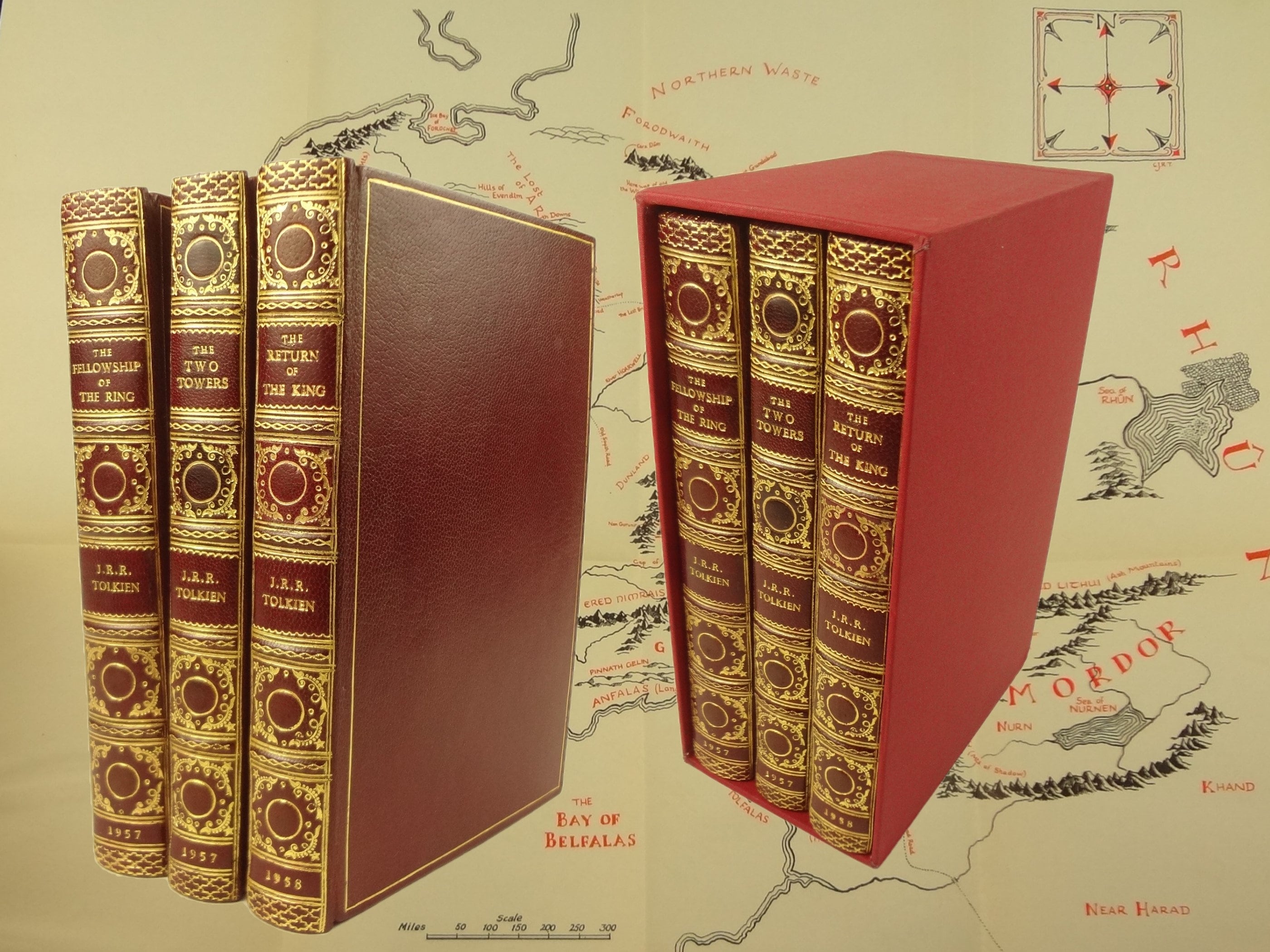 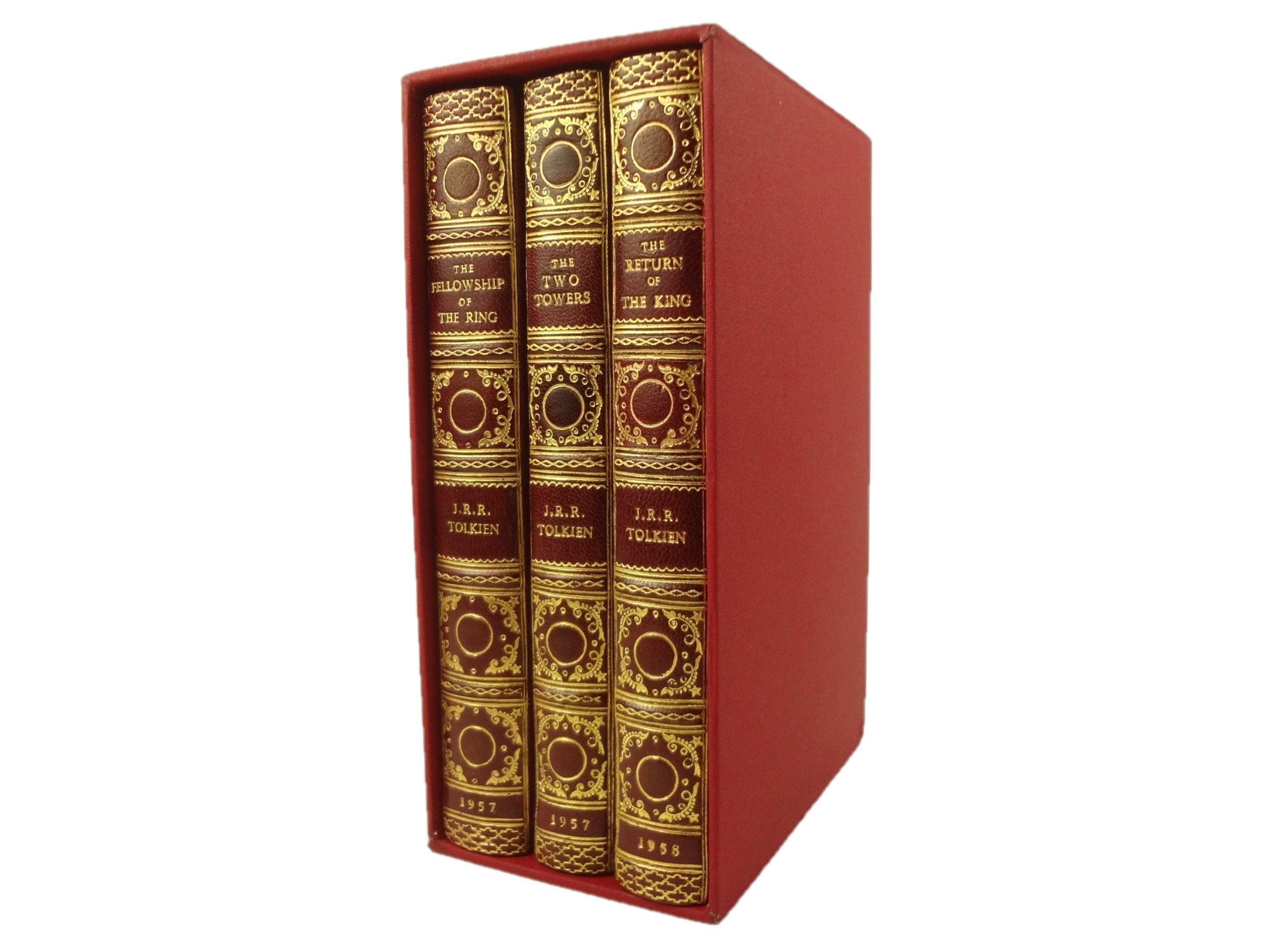 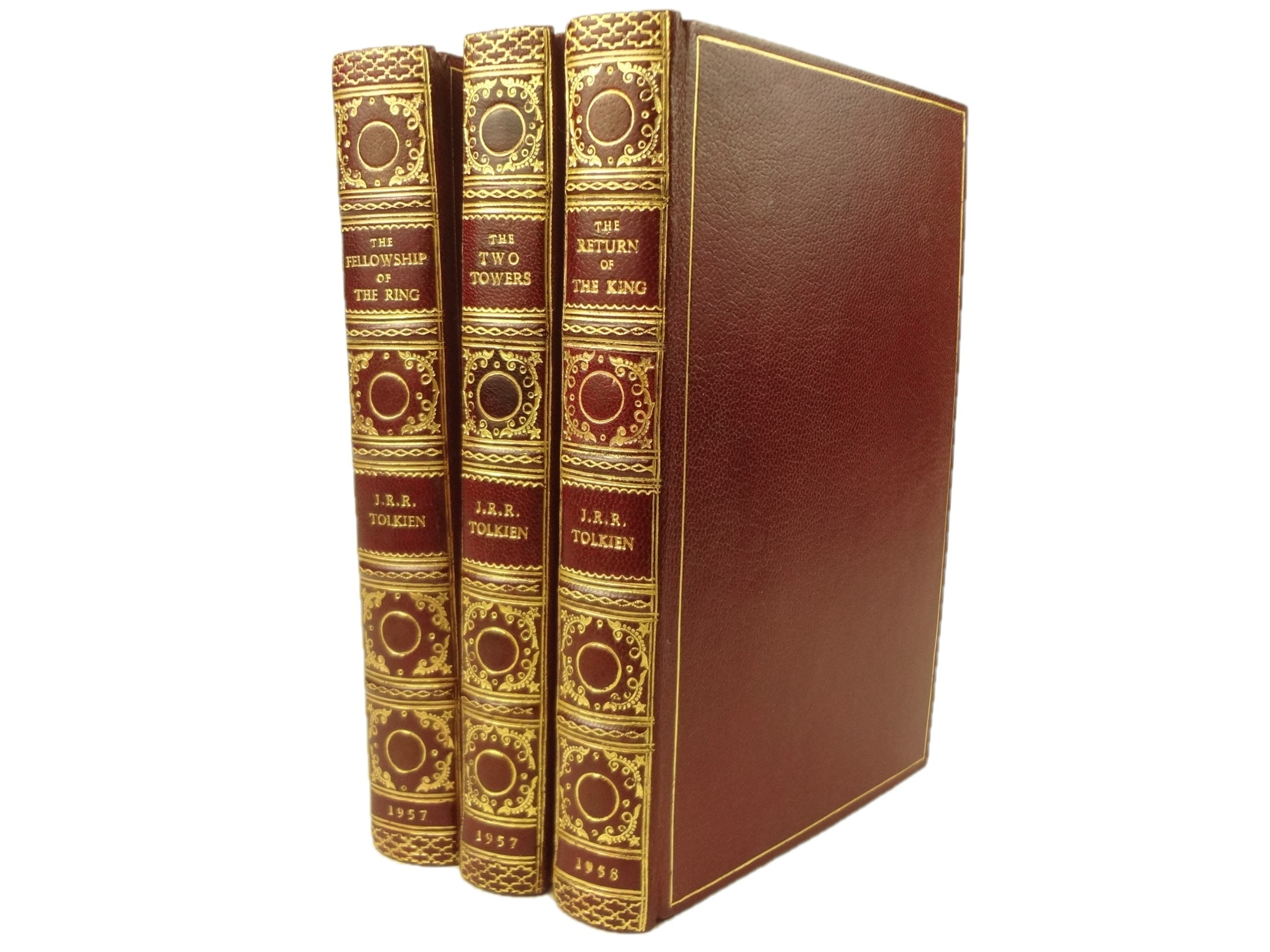 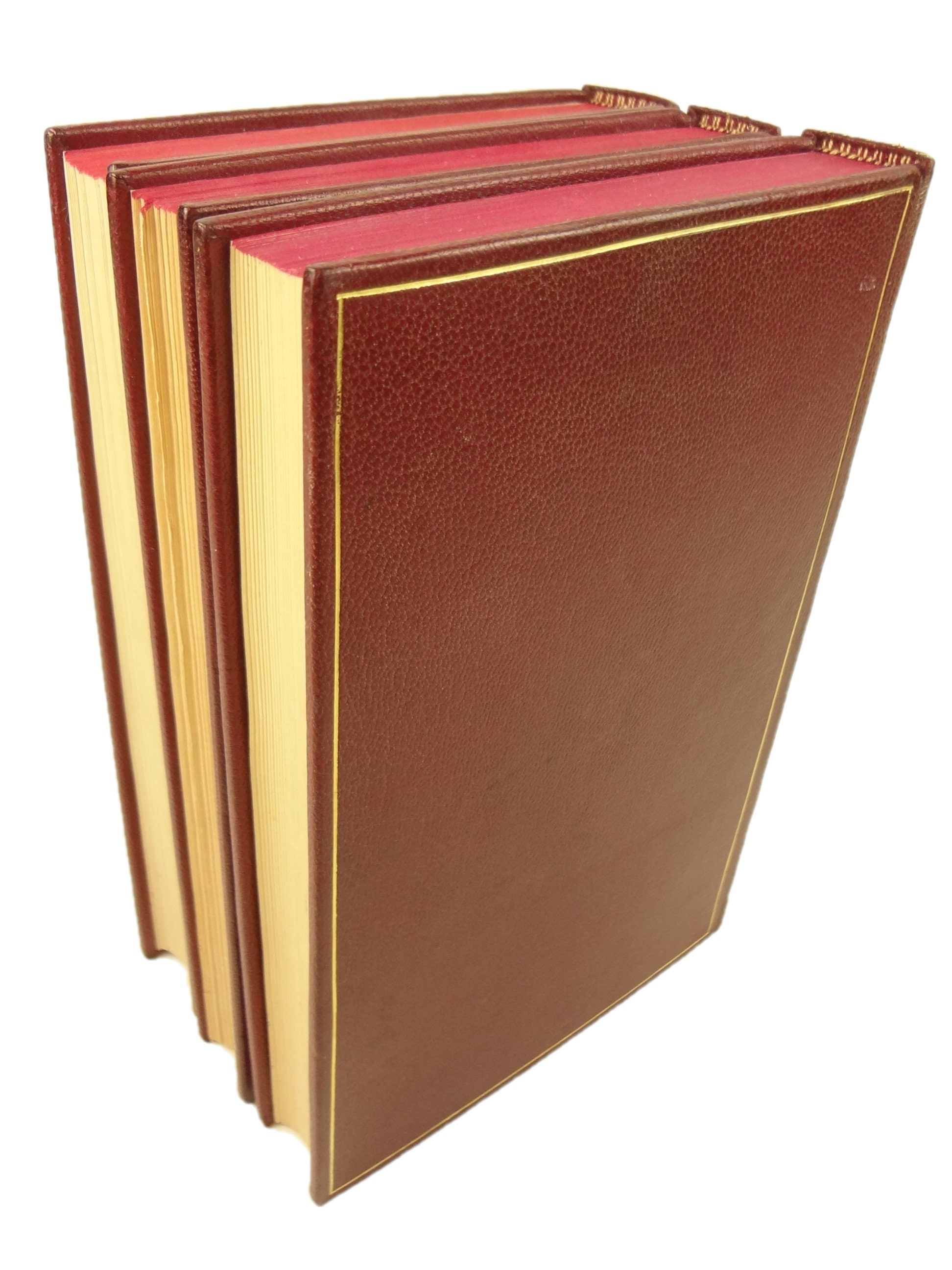 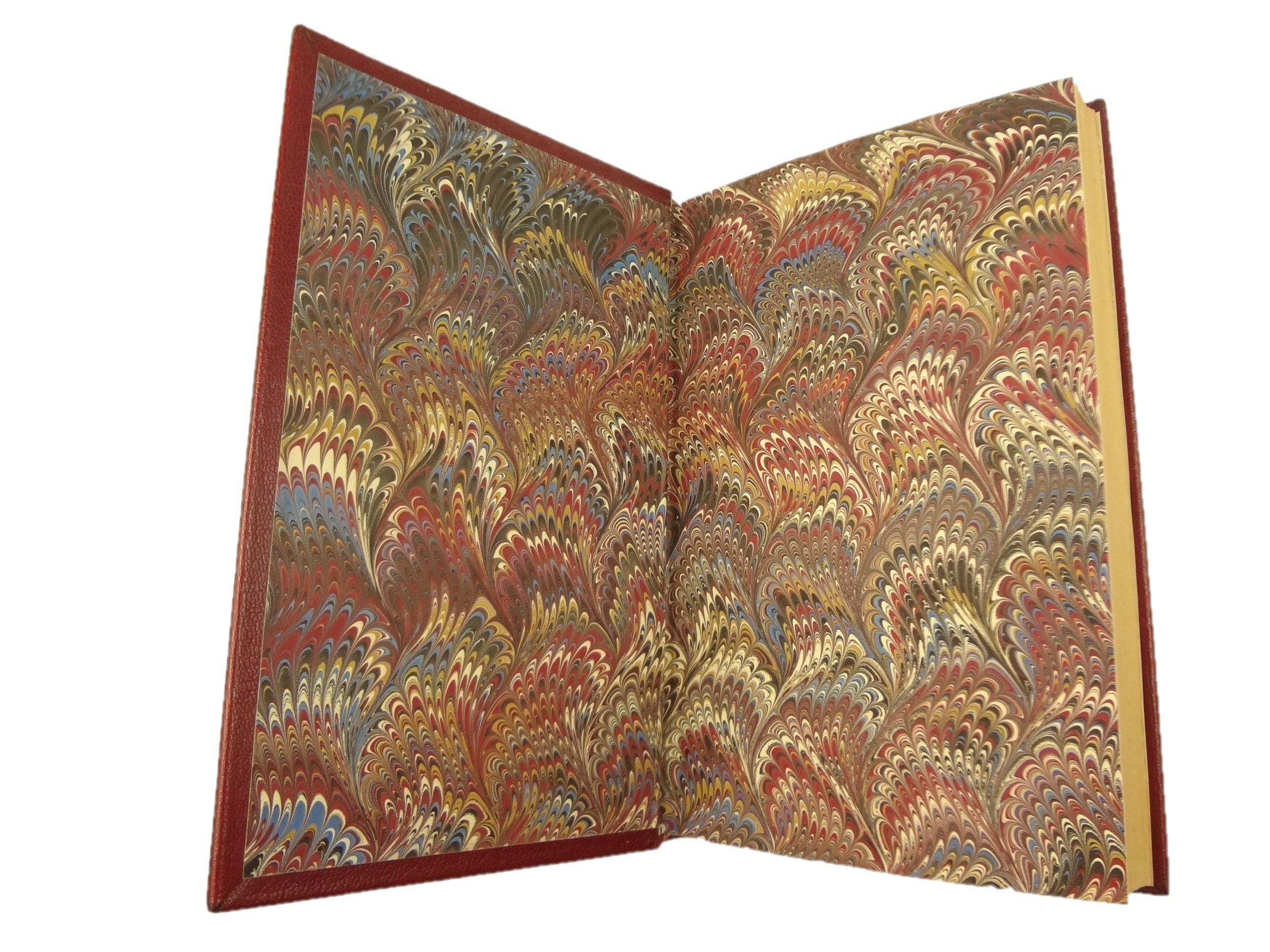 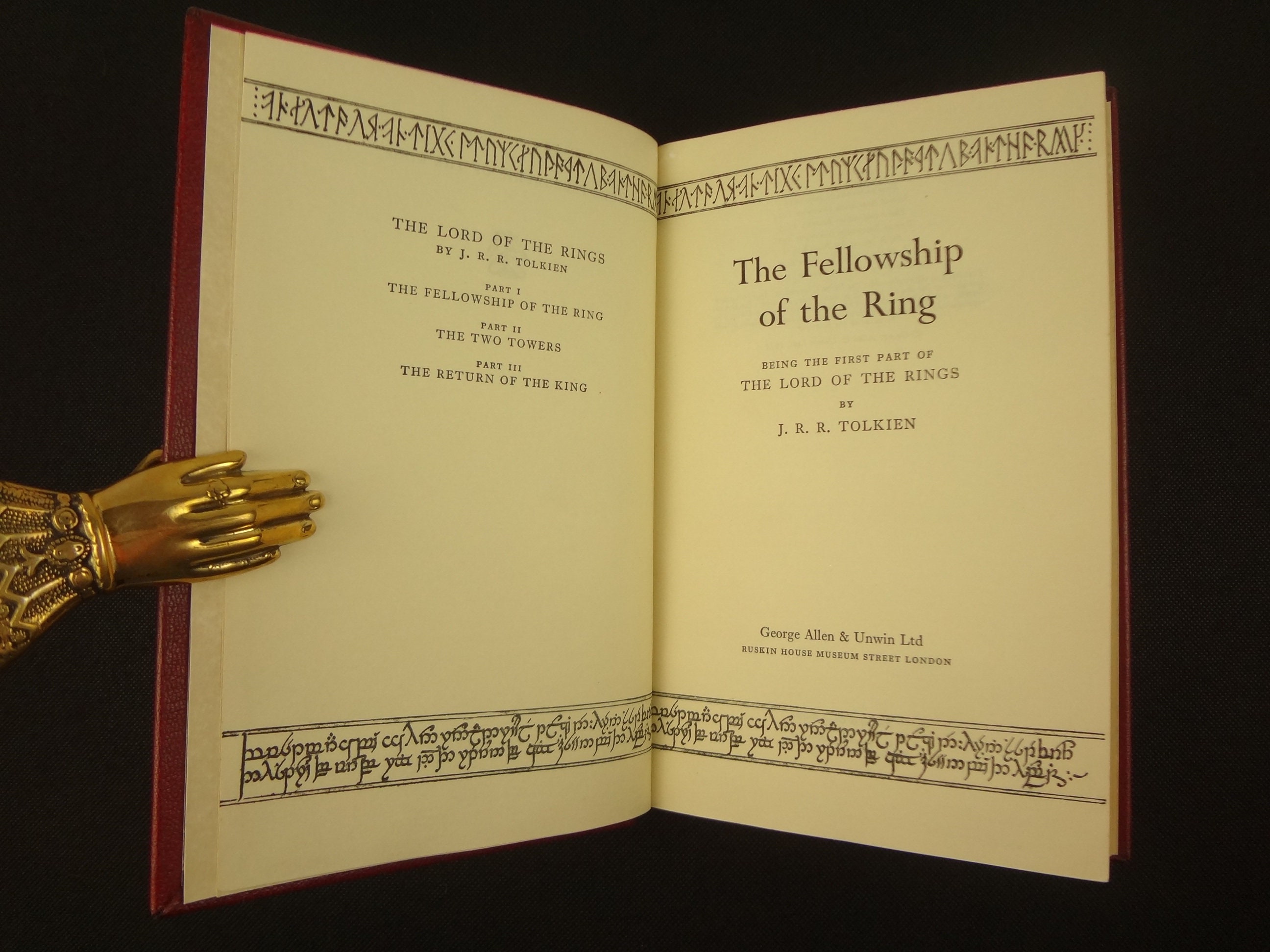 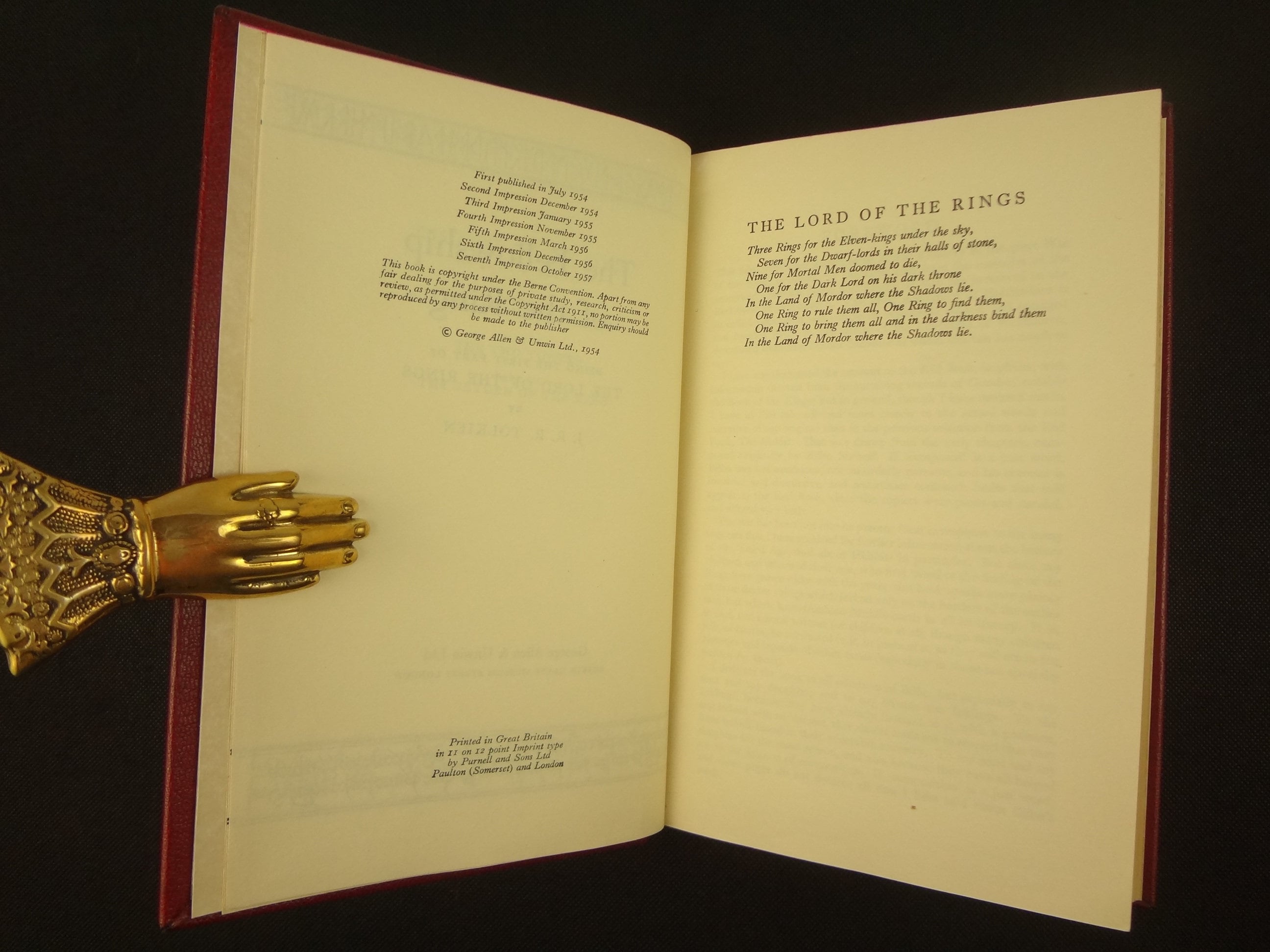 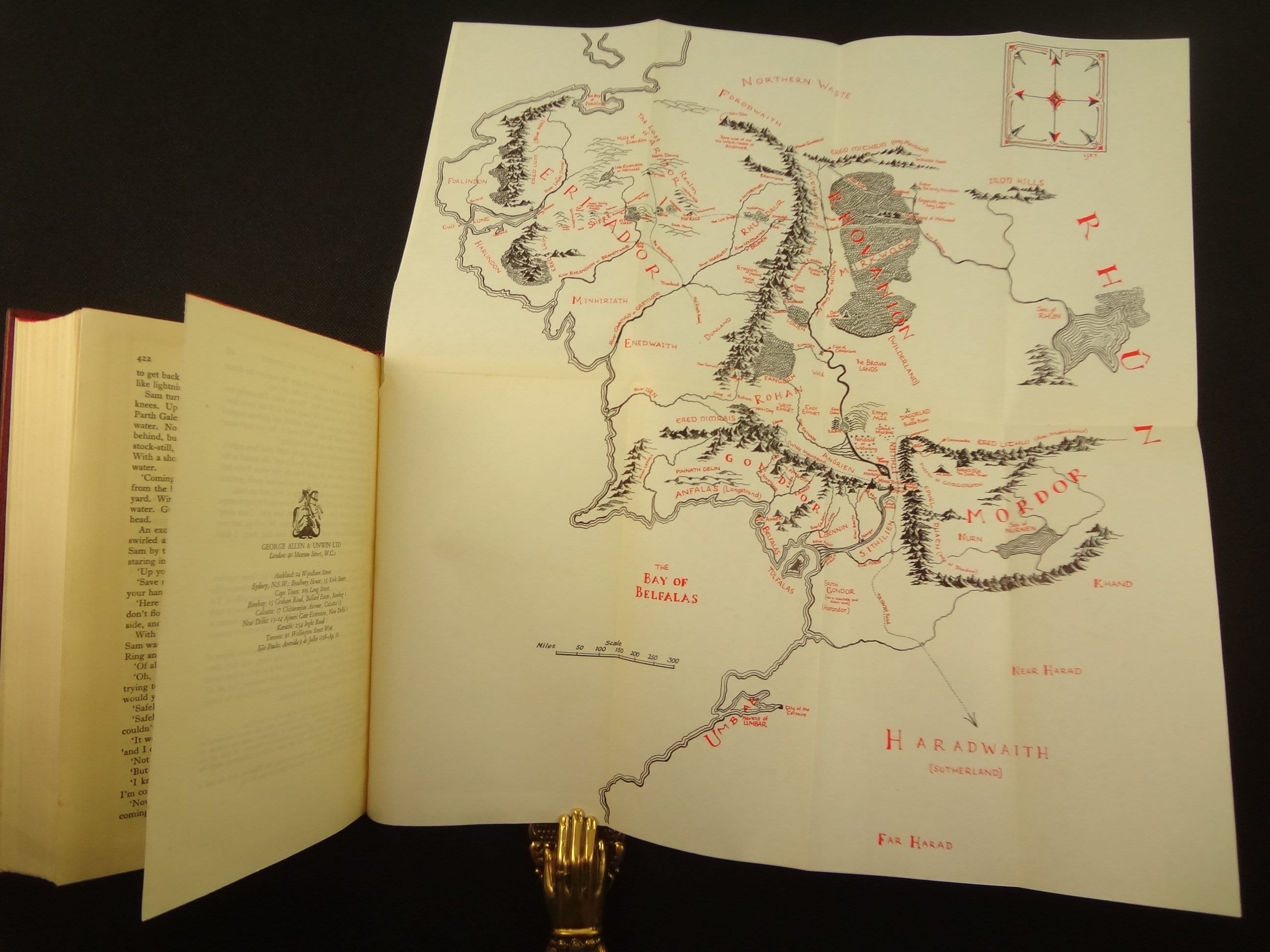 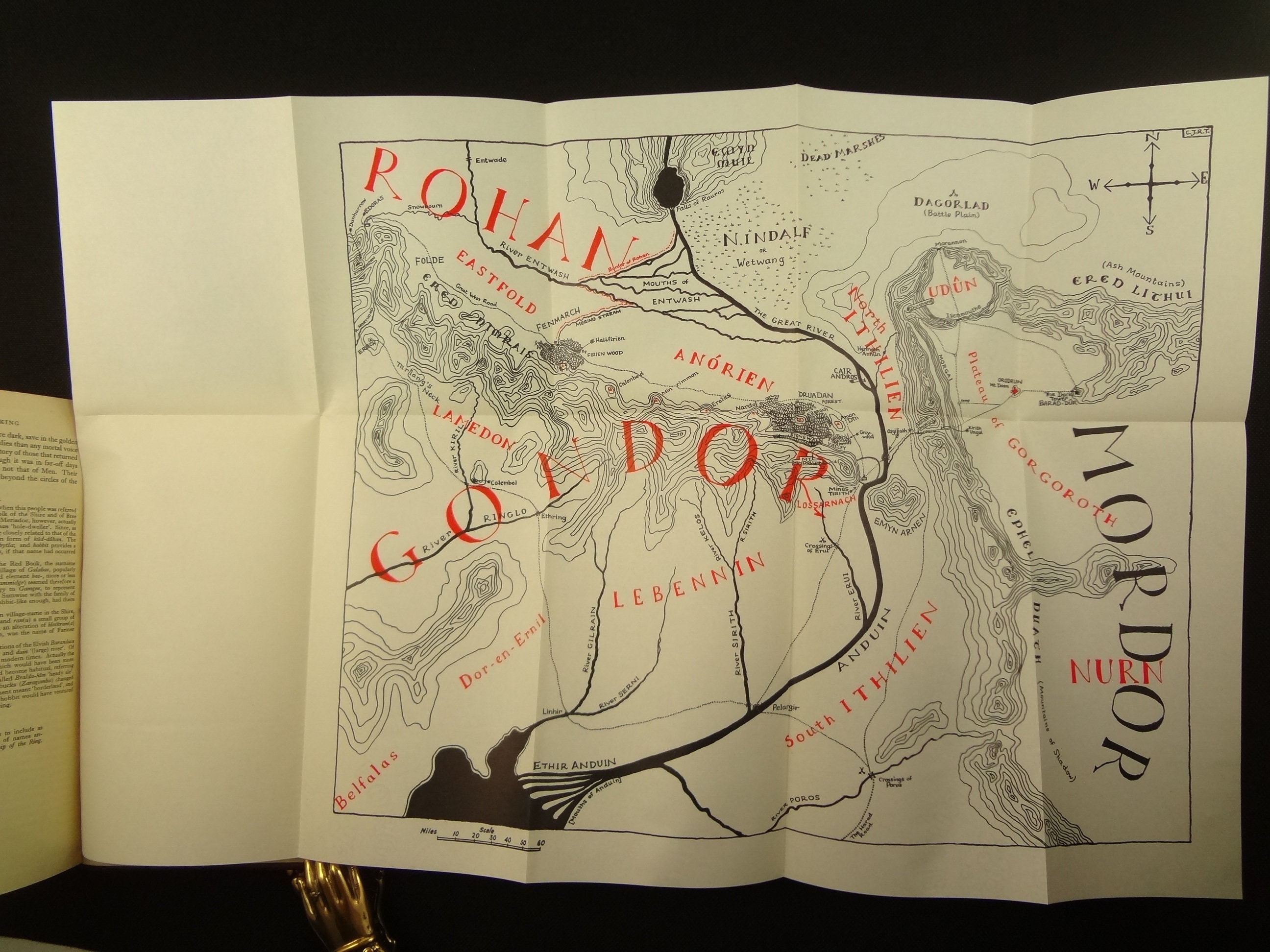 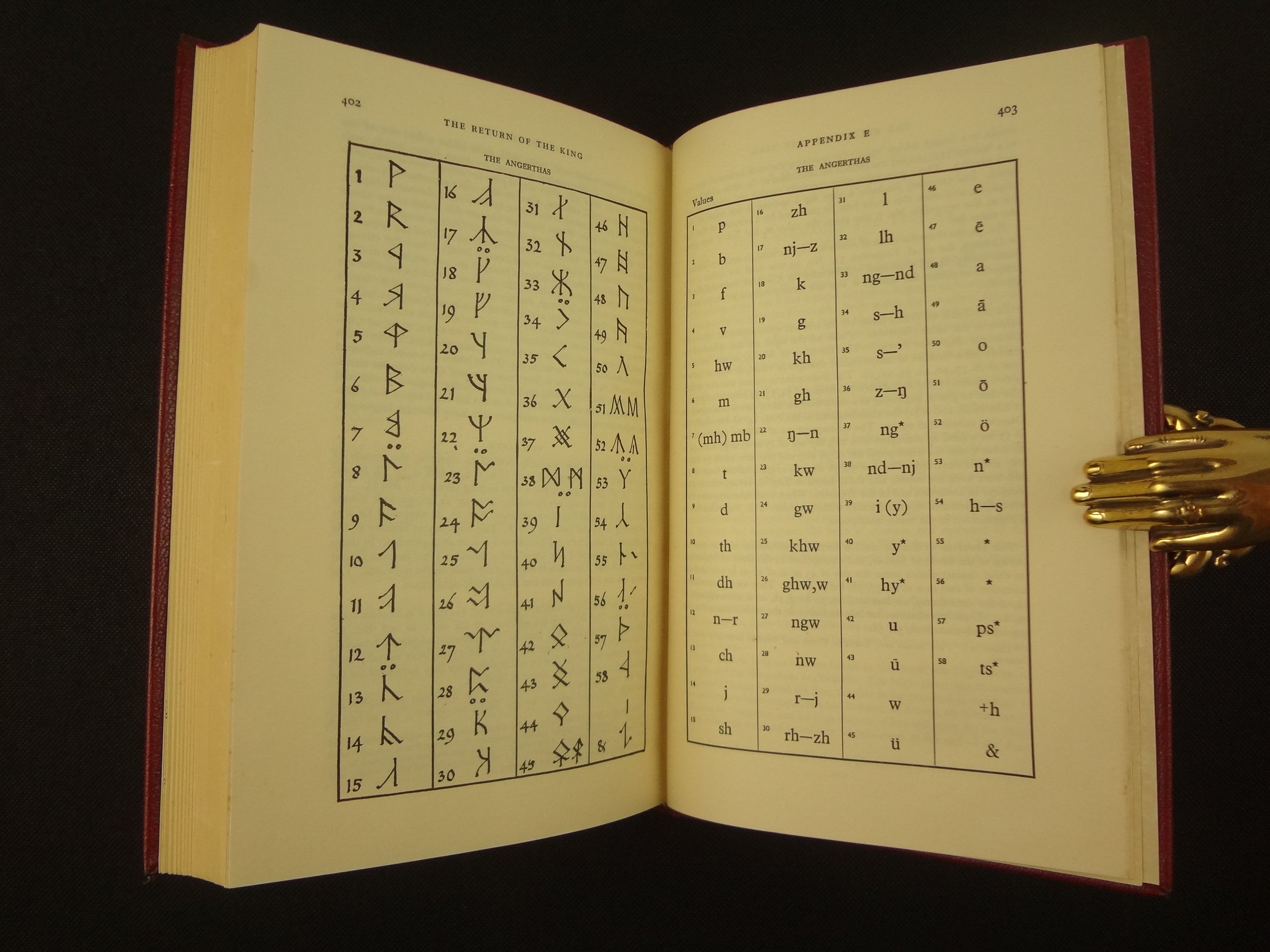 
About The Lord of the Rings (in extreme brief) -

The Lord of the Rings is an epic high-fantasy novel by English author and scholar J. R. R. Tolkien. Set in Middle-earth, intended to be Earth at some time in the distant past, the story began as a sequel to Tolkien's 1937 children's book The Hobbit, but eventually developed into a much larger work. Written in stages between 1937 and 1949, The Lord of the Rings is one of the best-selling books ever written, with over 150 million copies sold.

The title refers to the story's main antagonist, the Dark Lord Sauron, who, in an earlier age, created the One Ring to rule the other Rings of Power given to Men, Dwarves, and Elves, in his campaign to conquer all of Middle-earth. From homely beginnings in the Shire, a hobbit land reminiscent of the English countryside, the story ranges across Middle-earth, following the quest to destroy the One Ring mainly through the eyes of the hobbits Frodo, Sam, Merry and Pippin.

The Lord of the Rings has since been reprinted many times and translated into at least 38 languages. Its enduring popularity has led to numerous references in popular culture, the founding of many societies by fans of Tolkien's works, and the publication of many books about Tolkien and his works. It has inspired many derivative works, including paintings, music, films, television, video games, and board games. It has helped to create and shape the modern fantasy genre, within which it is considered one of the greatest books of all time.

An oversimplified description of impressions - As the book succeeds, the printer can use the printing plates to produce another batch, if demand warrants; these are still the first edition, but they are not the first impression. The Lord of the Rings met with great success, so these three are later impressions of their first editions.

Each book with a folded map at the rear.

See pictures. Bindings are fresh, with very little wear. I notice some slight paper discoloration at the top-edge of the Fellowship's gutter; no text affected. Also, the bottom corner has very light creases, indicating the corner was once bumped (barely noticeable now). The last page, with the colophon, has several tiny fox spots. Left edge of v1 map has been folded over. One gathering of Two Towers slightly proud at fore-edge; that same quire has evidence of a tear repair in the gutter; excellent repair. There is a small mark at the bottom margin of Two Towers p. 304-305, no text affected. Very small, very light mark on 1/2 title page of Return. Fore-edges of last several leaves has light fox spots.

I nitpicked. This set is mostly quite clean and handsome, with no thumbing; I'm left wondering if this set was ever read.