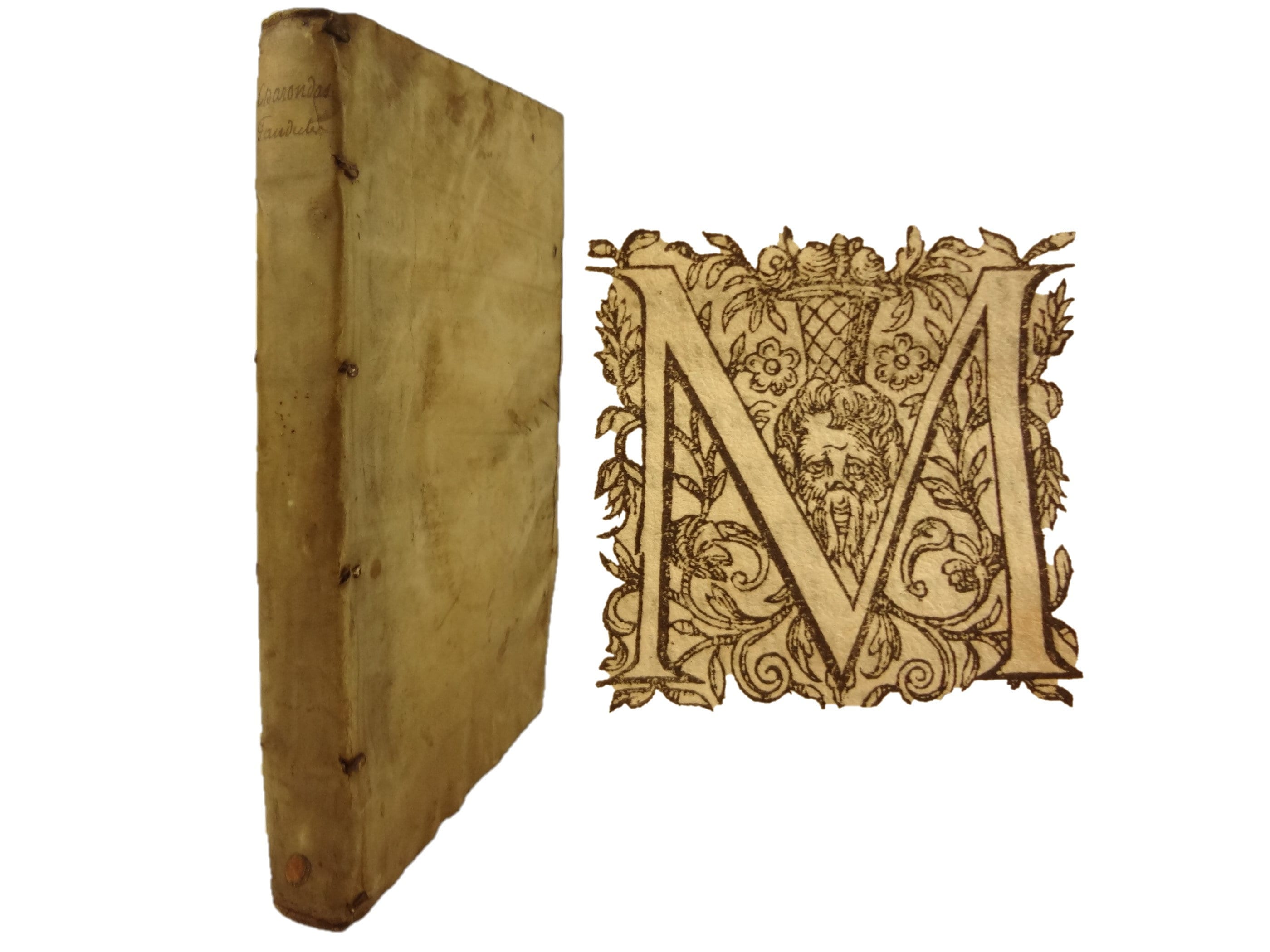 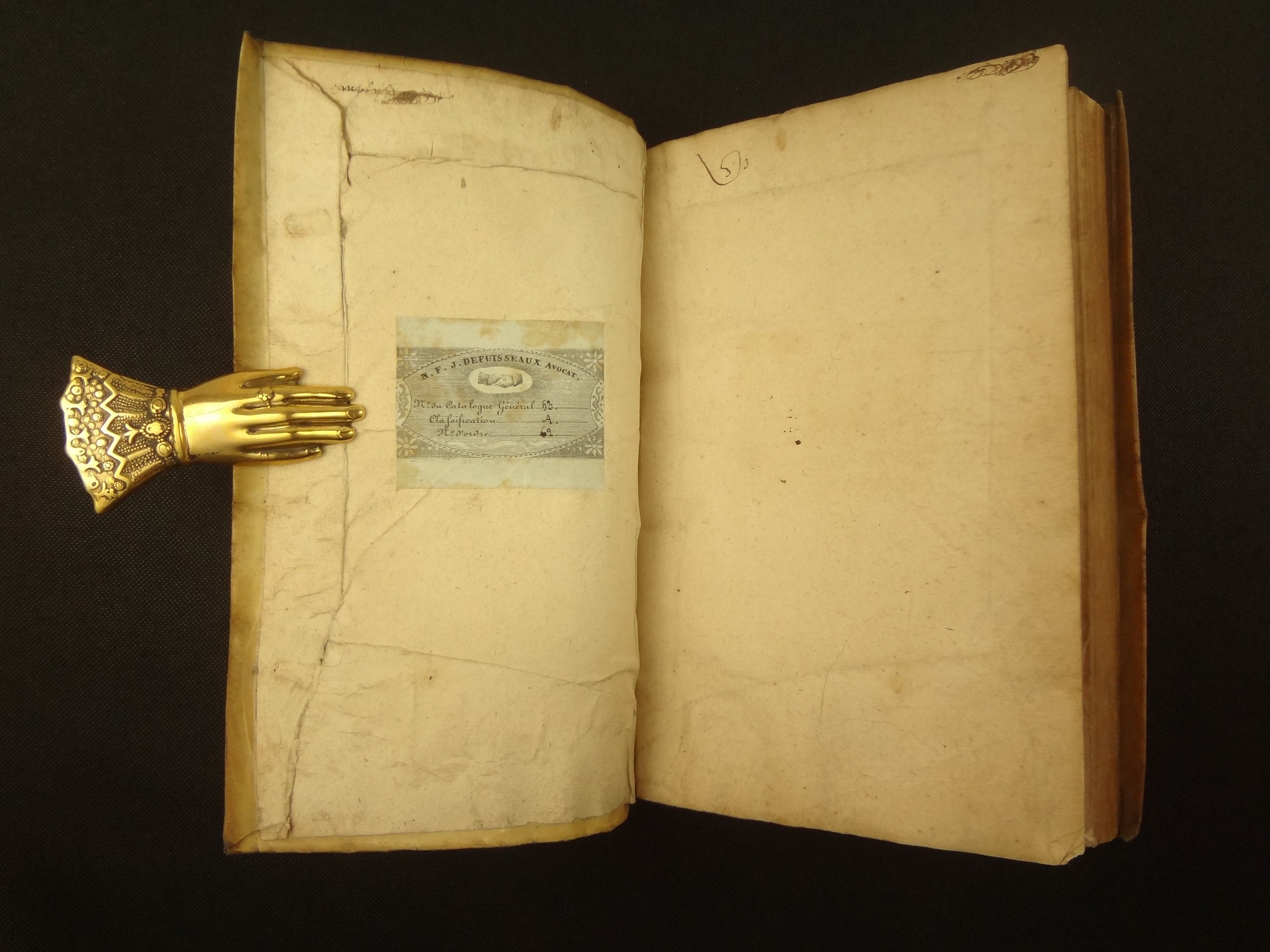 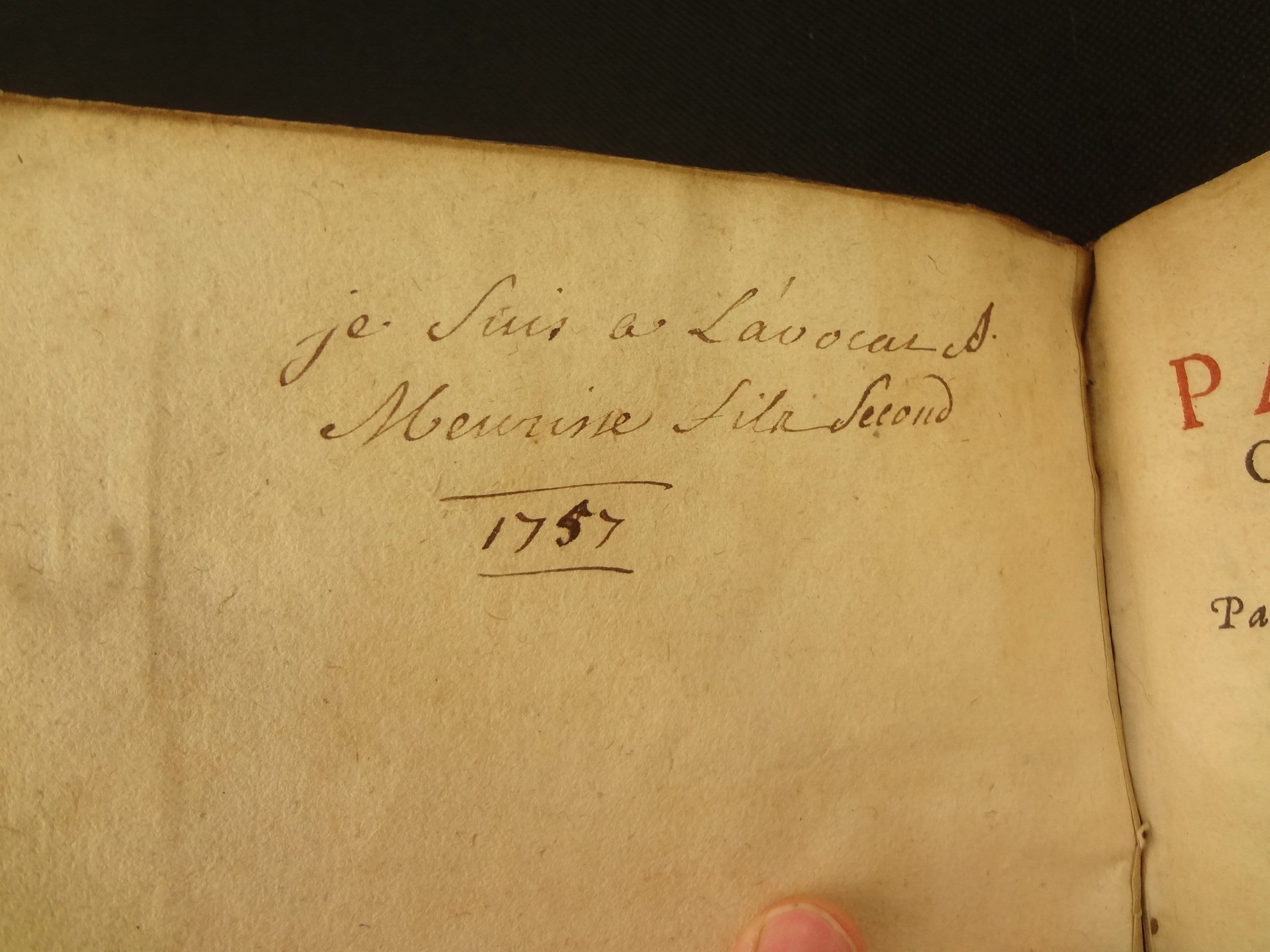 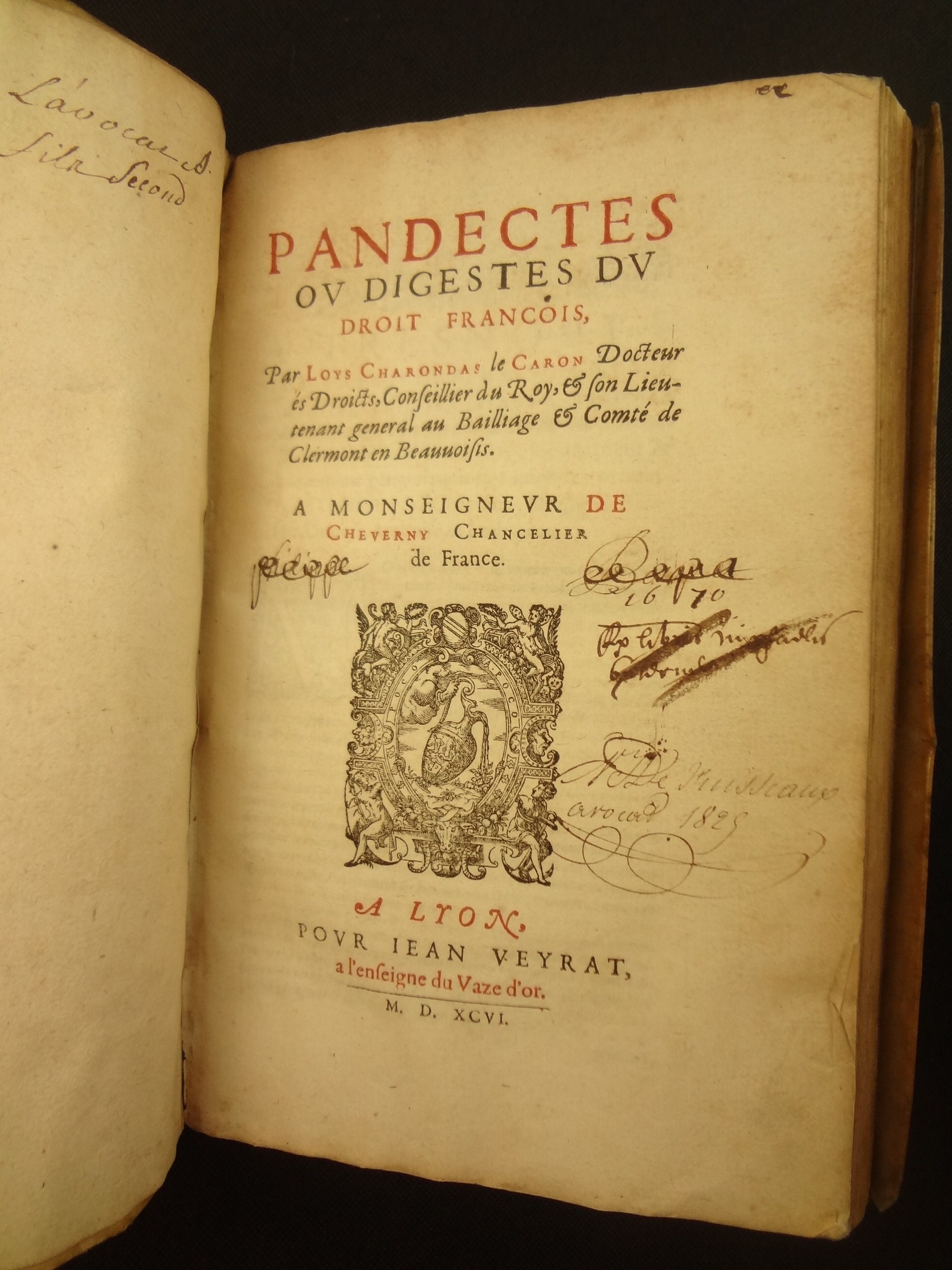 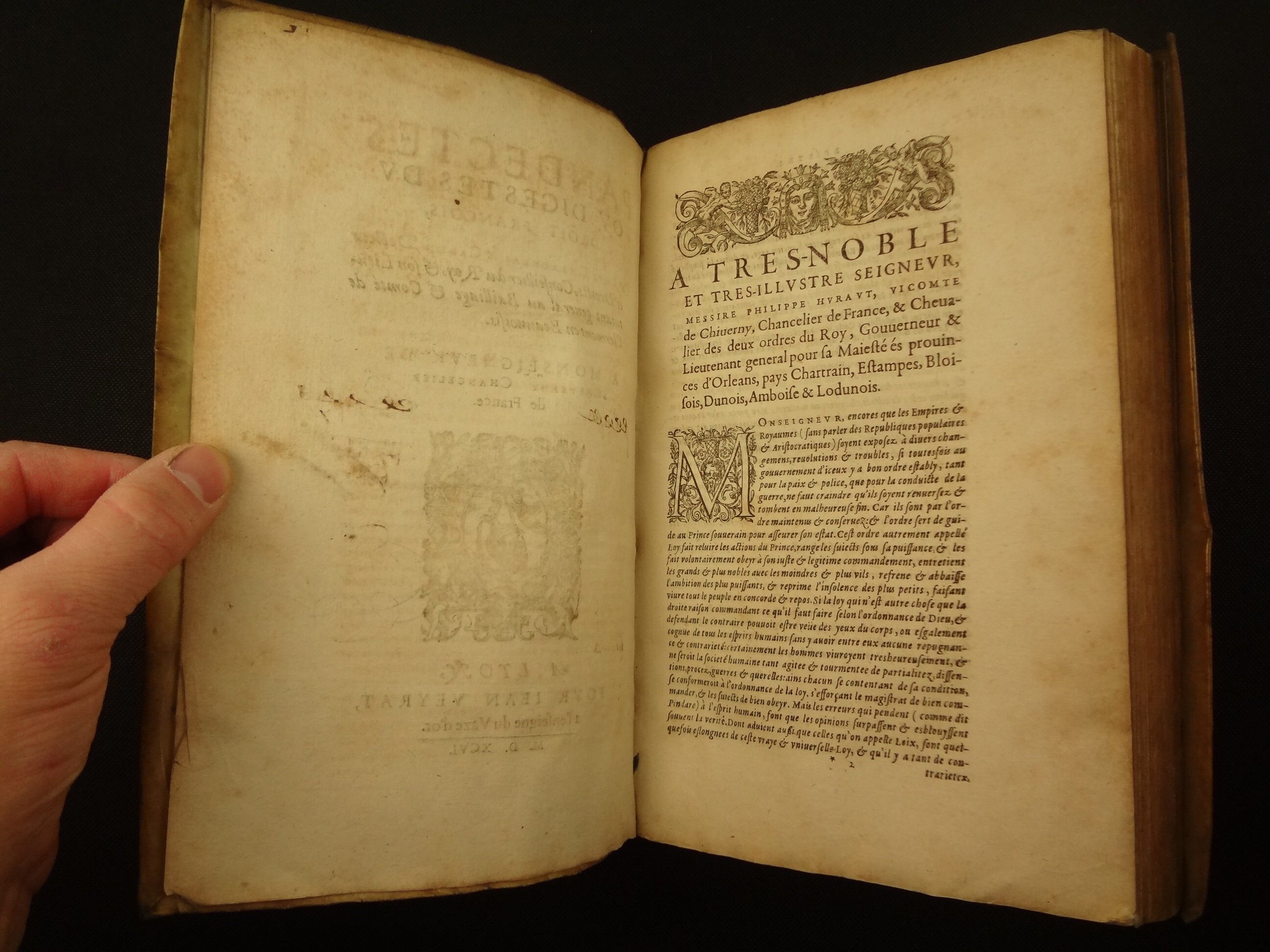 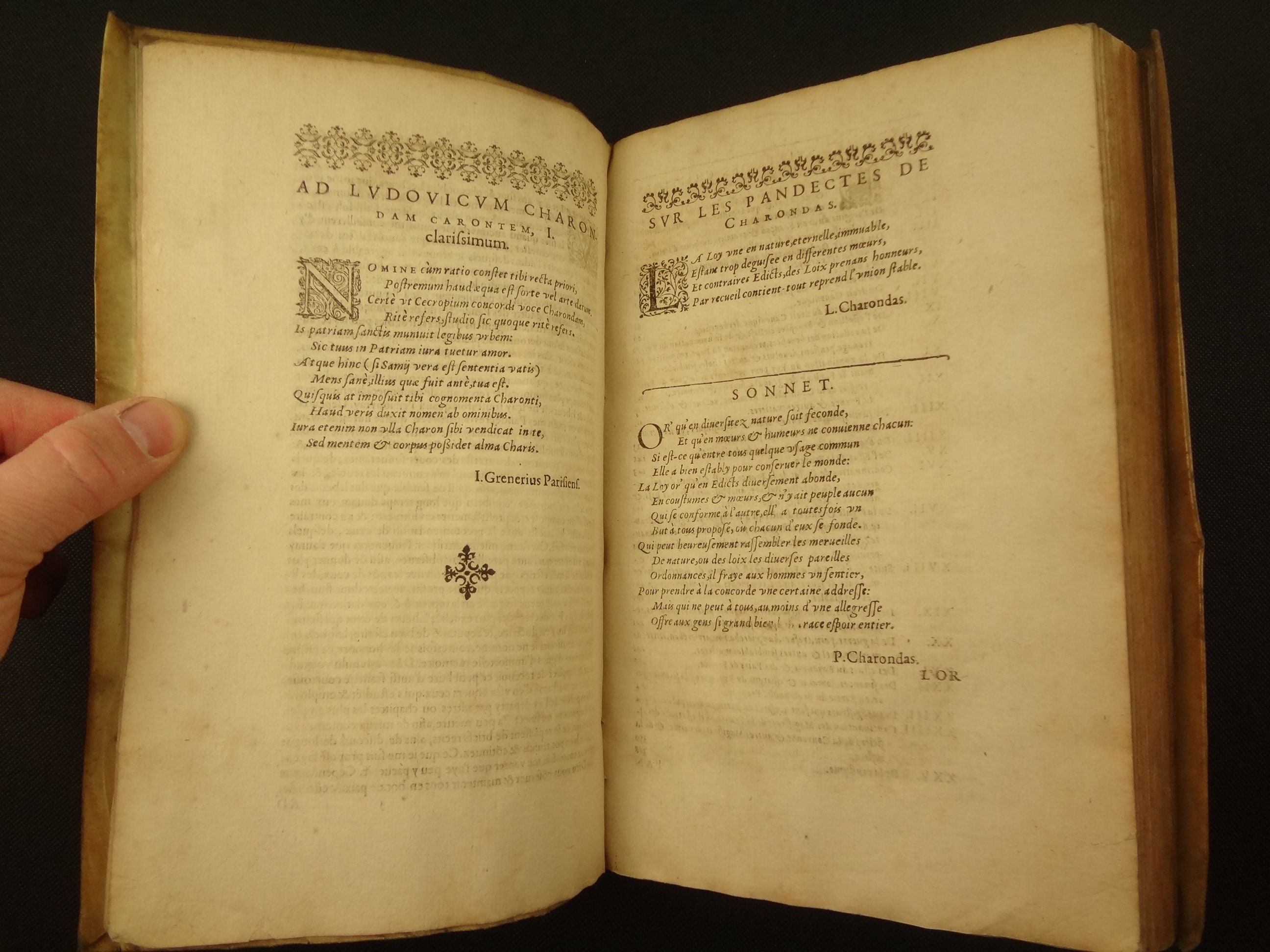 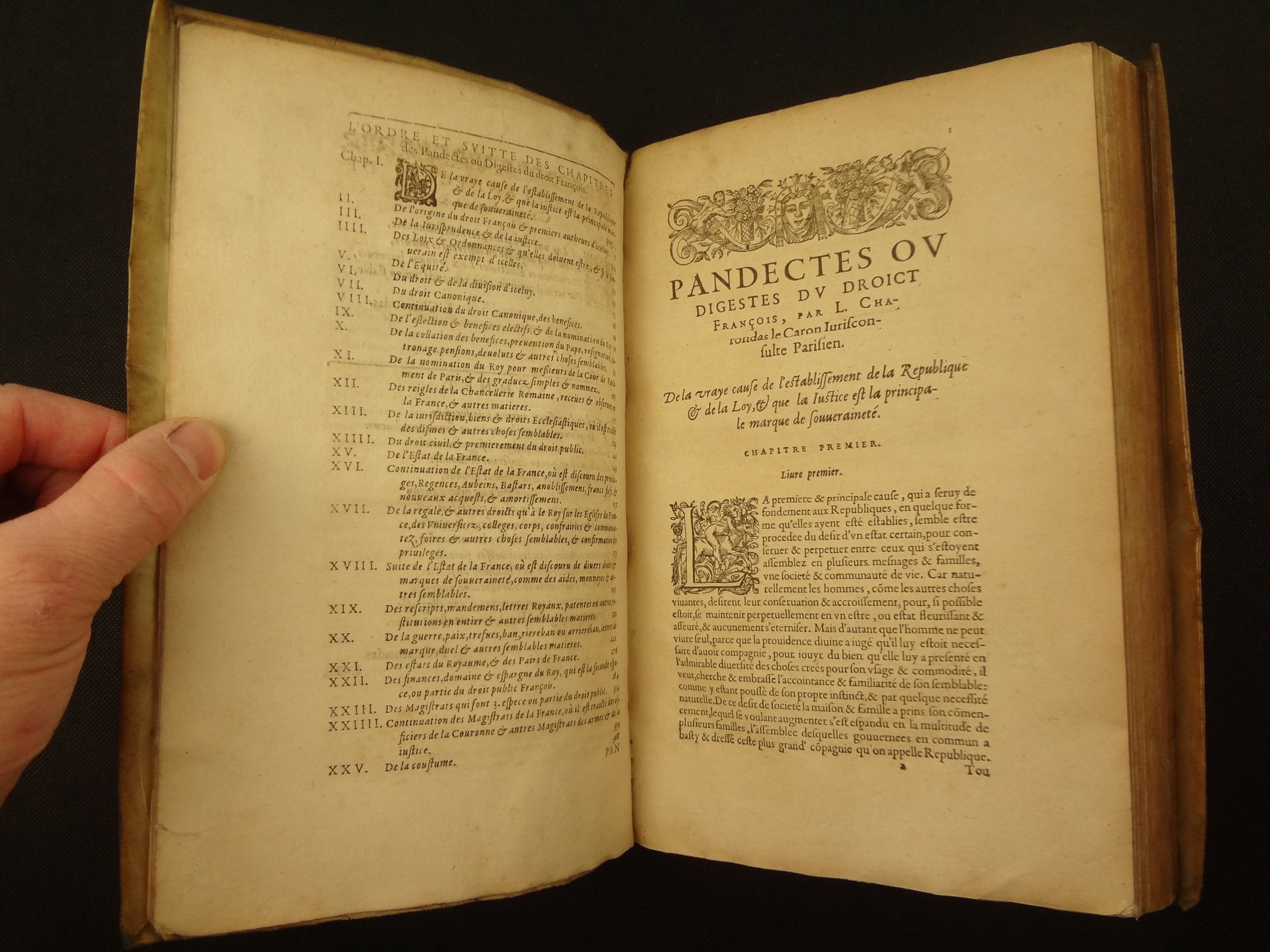 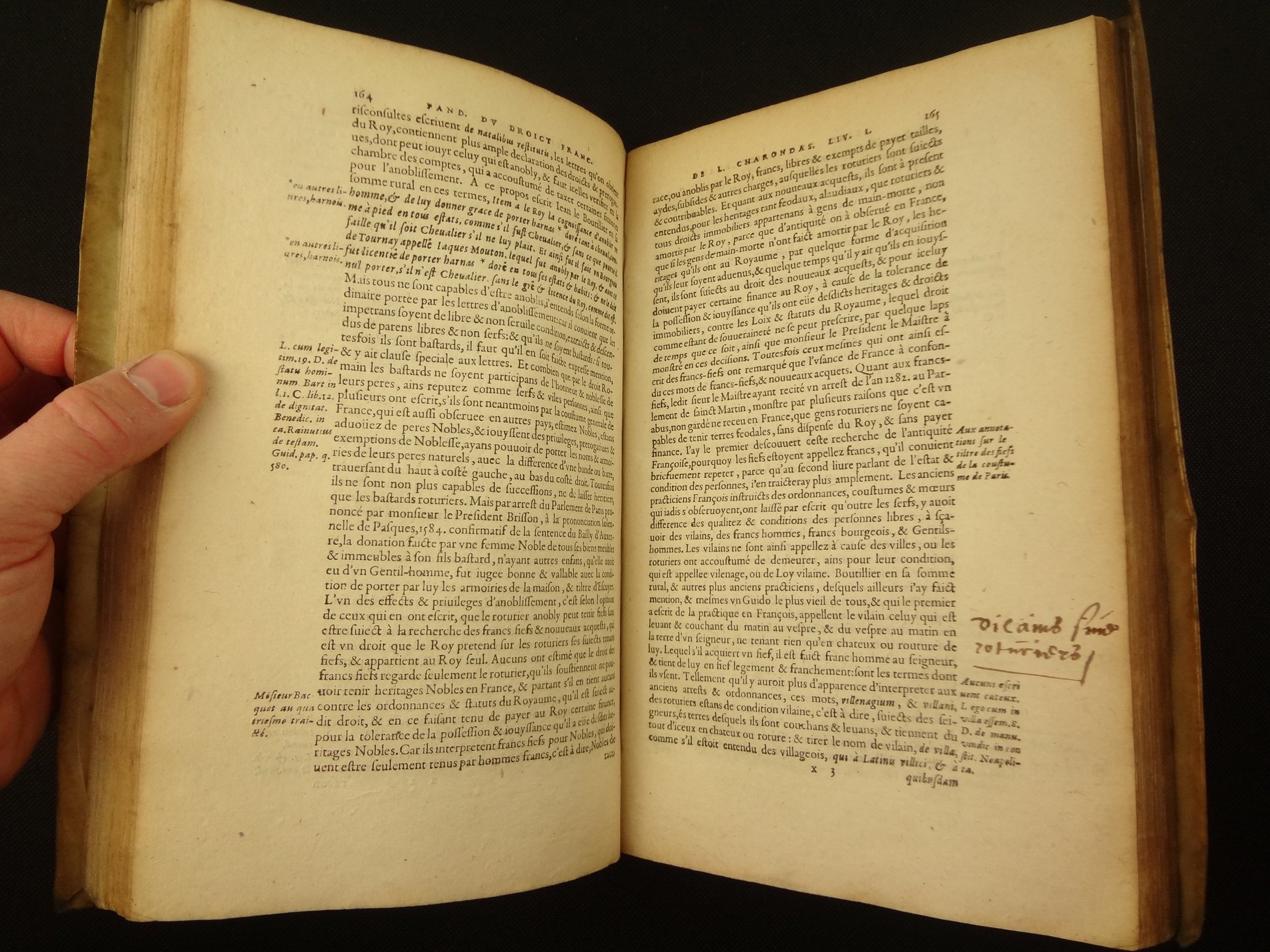 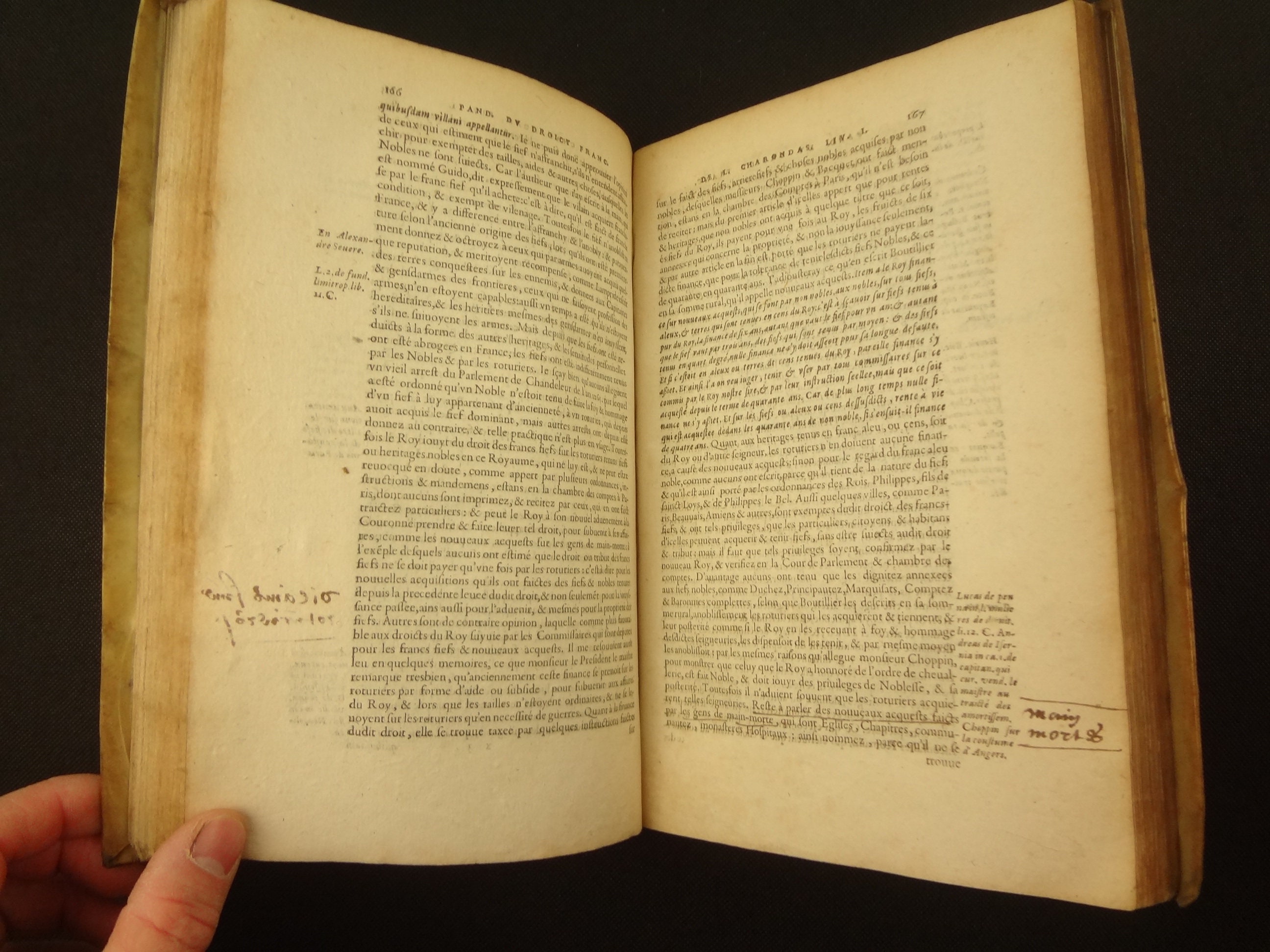 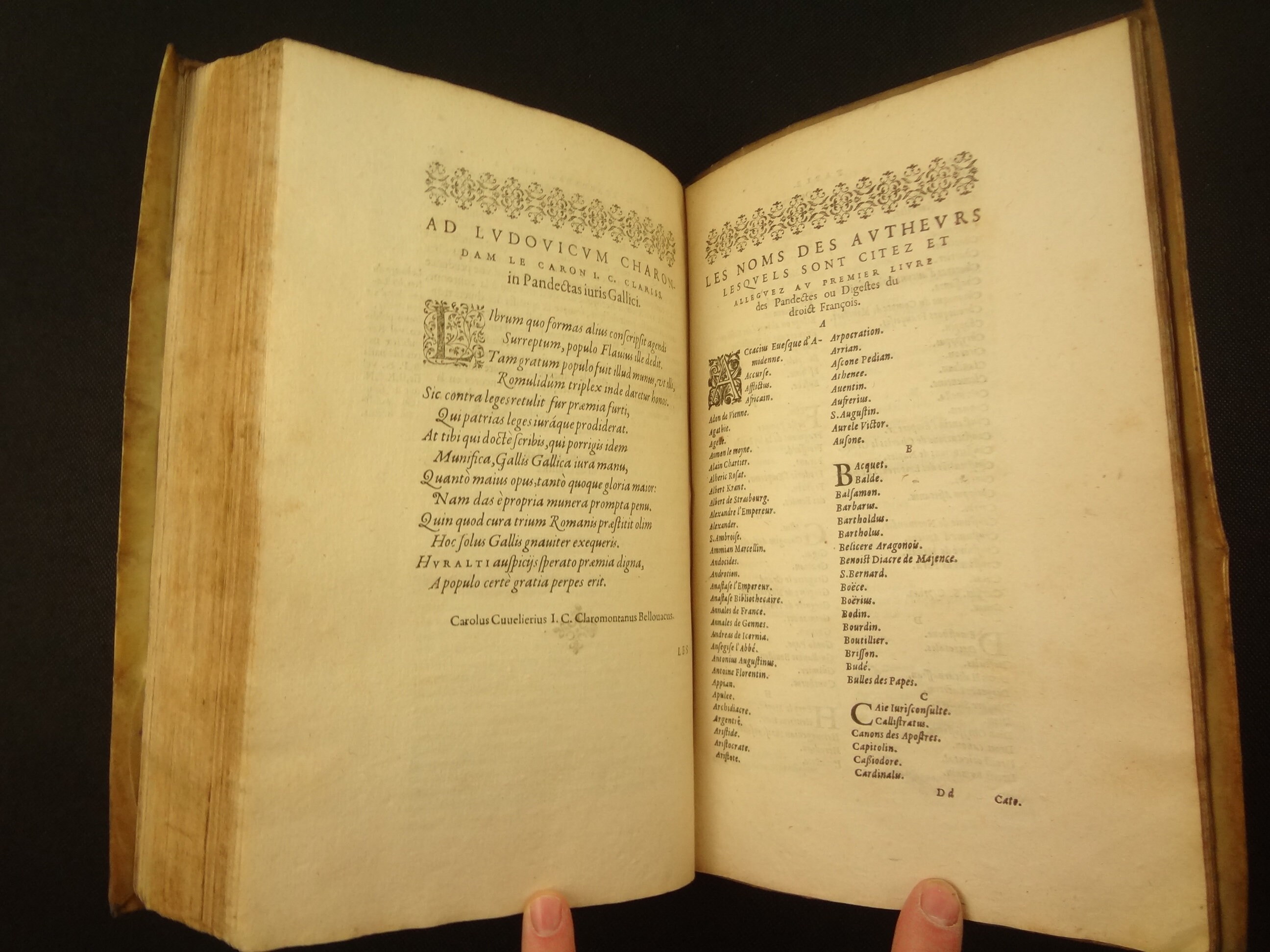 16th century work exploring the body of French law by Louis Le Caron. Caron was a French Jurist Consul (lawyer) who worked for Catherine de Medici, working from Beauvais. This copy in French law offices in the 18th and 19th centuries.

From the table of contents, this work covers a wide overview of all things French law. Topics covered include the genesis of French law, the legality of the King, jurisdictions, canon law, elections, mandates, war law, finances, domains, magistrates, etc..

Manuscript note on the blank leaf facing the title page stating L'avocat ownership in 1757. Bookplate on pastedown, and signature on title page of NIcolas Defuisseaux, 19th century lawyer and Belgian politician. From 1825-1847 he practiced at Mons Bar, and in 1854 he took over the Baudour Porcelain Factory.

A handful of editions were printed in the late 16th century. It looks like this is the third edition, after an 1587 and a 1593.

See pictures. Some wear, waviness and darkening to binding, a few of the ties cracked at the joint. Spine a little darkened. Ties to close fore-edge non-extant. 19th century lawyer bookplate on pastedown. Some previous ownership marks on flyleaf and blank unpaginated binder's leaves. Numerous ownership inscriptions on title page. Some toning throughout. Dog-eared pages, some thumbing, occasional fox spot, etc. throughout. Some underlining and marginal annotations. Some deckled edges at bottom edge.