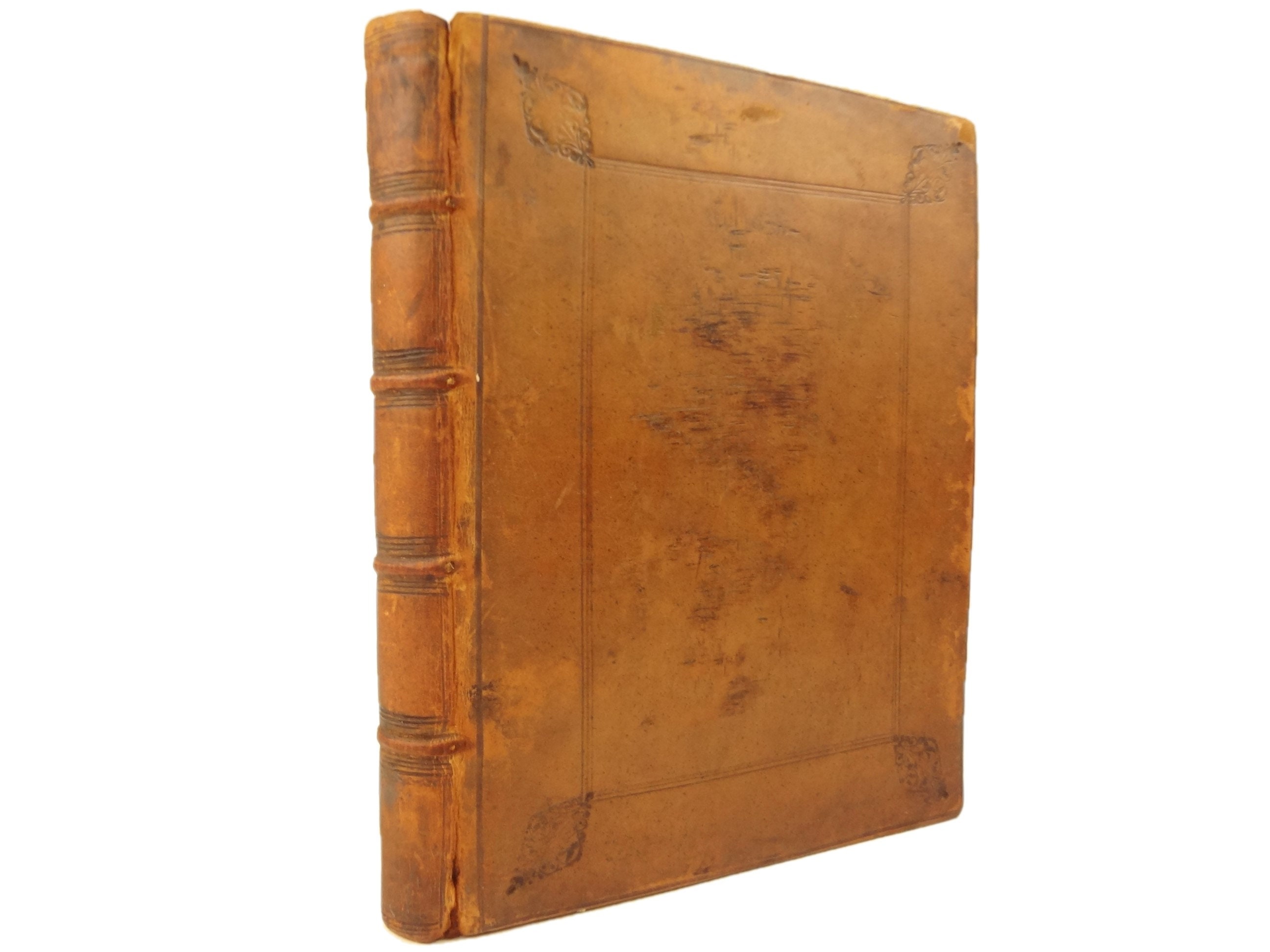 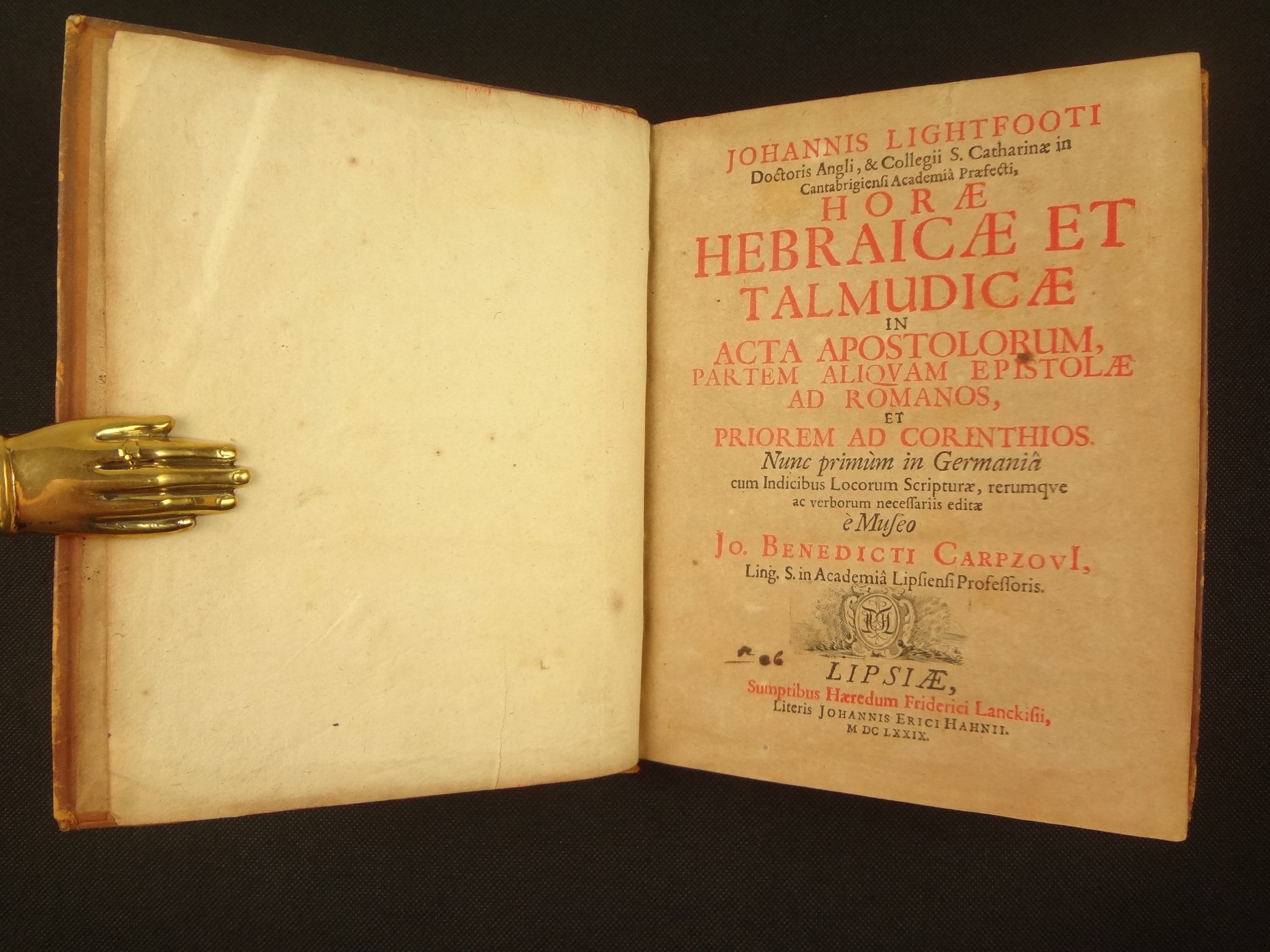 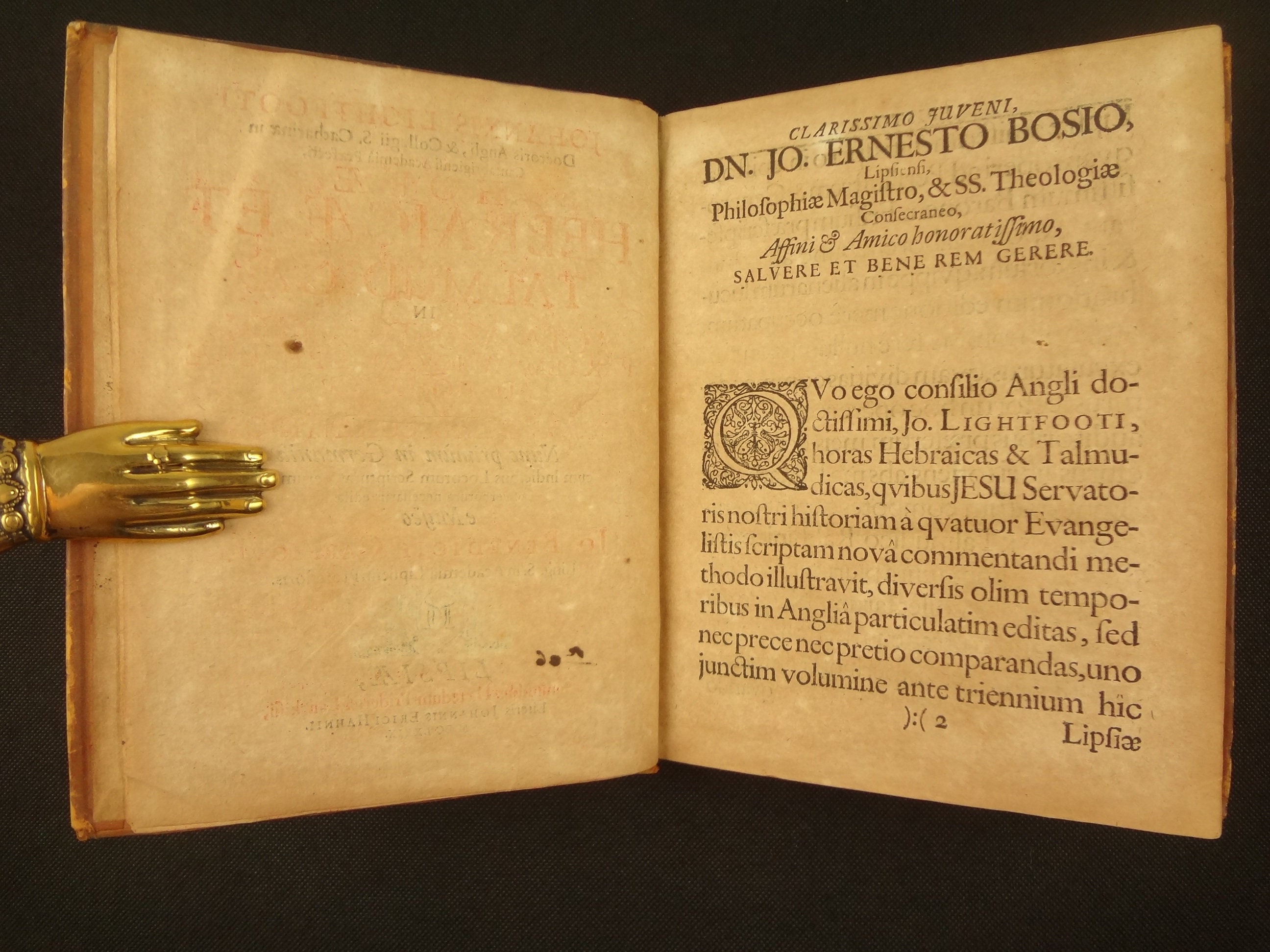 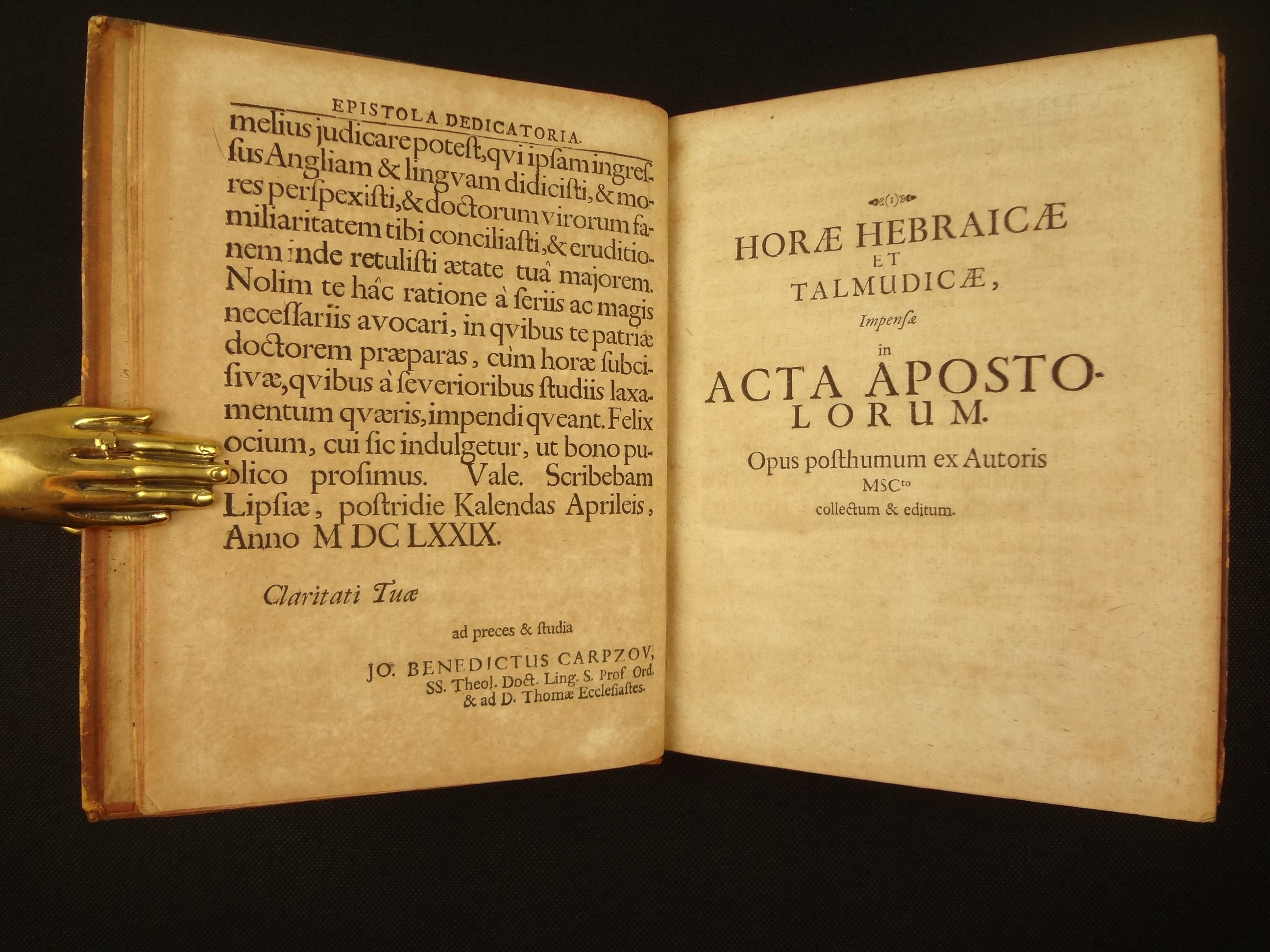 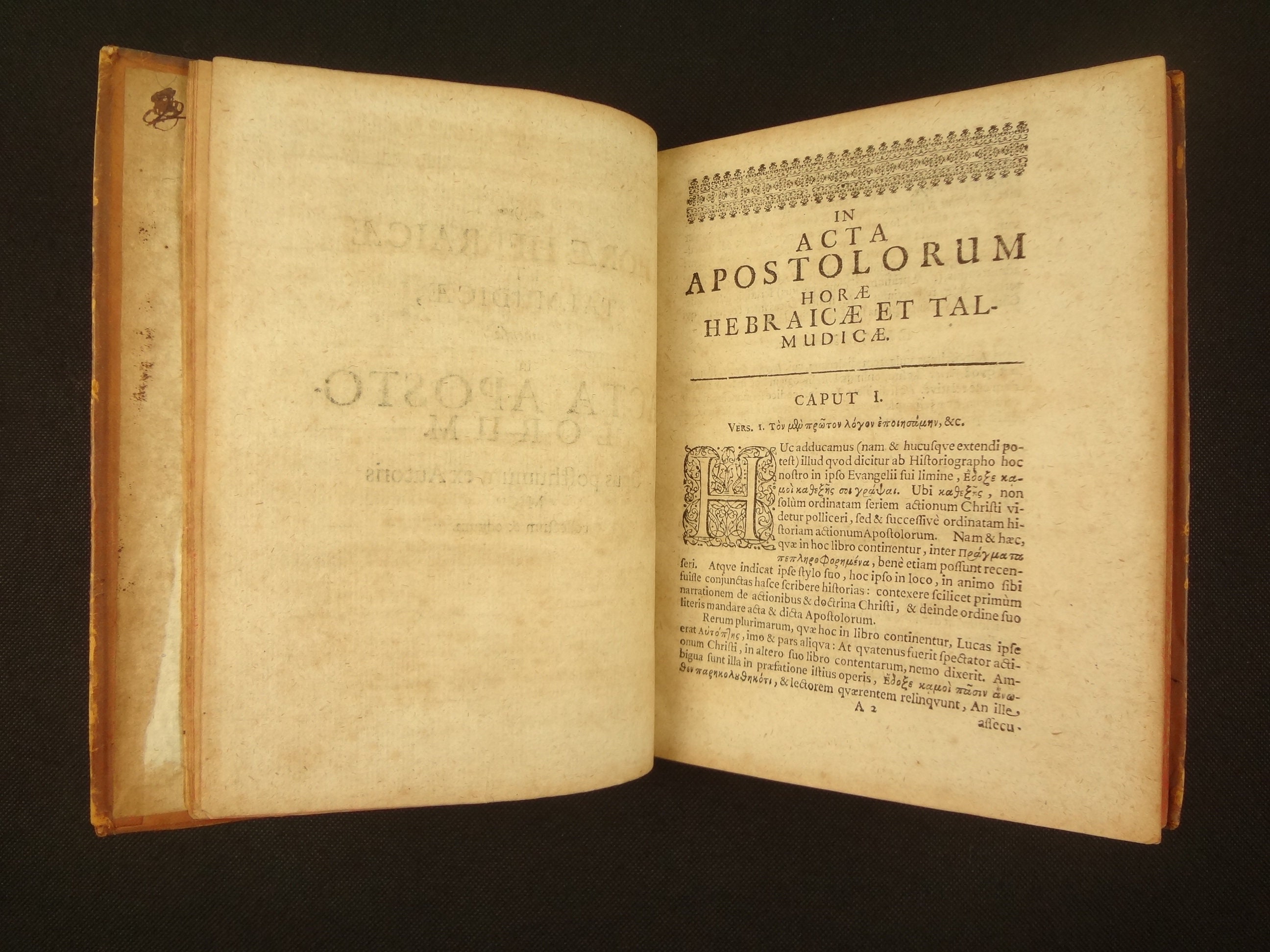 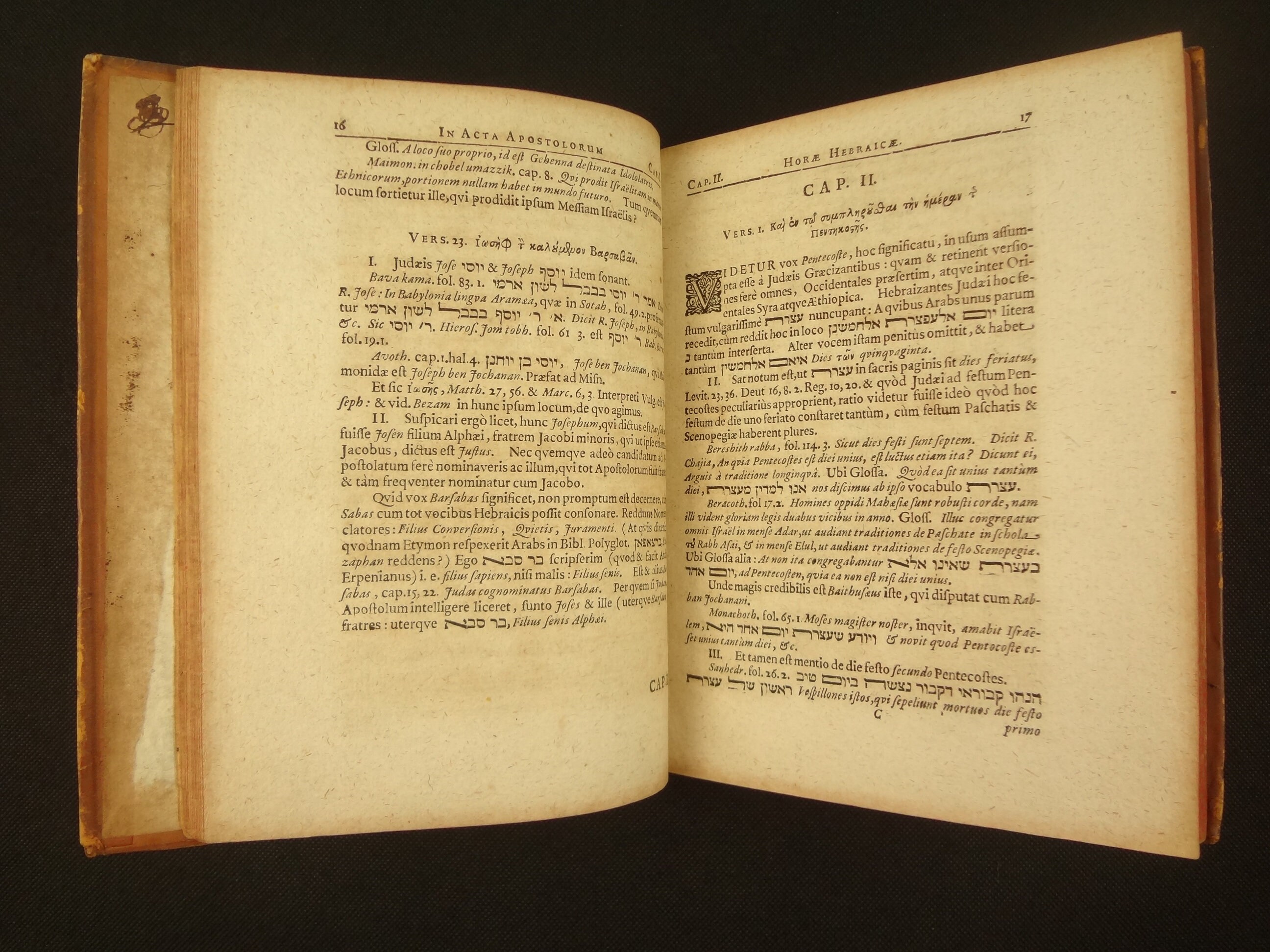 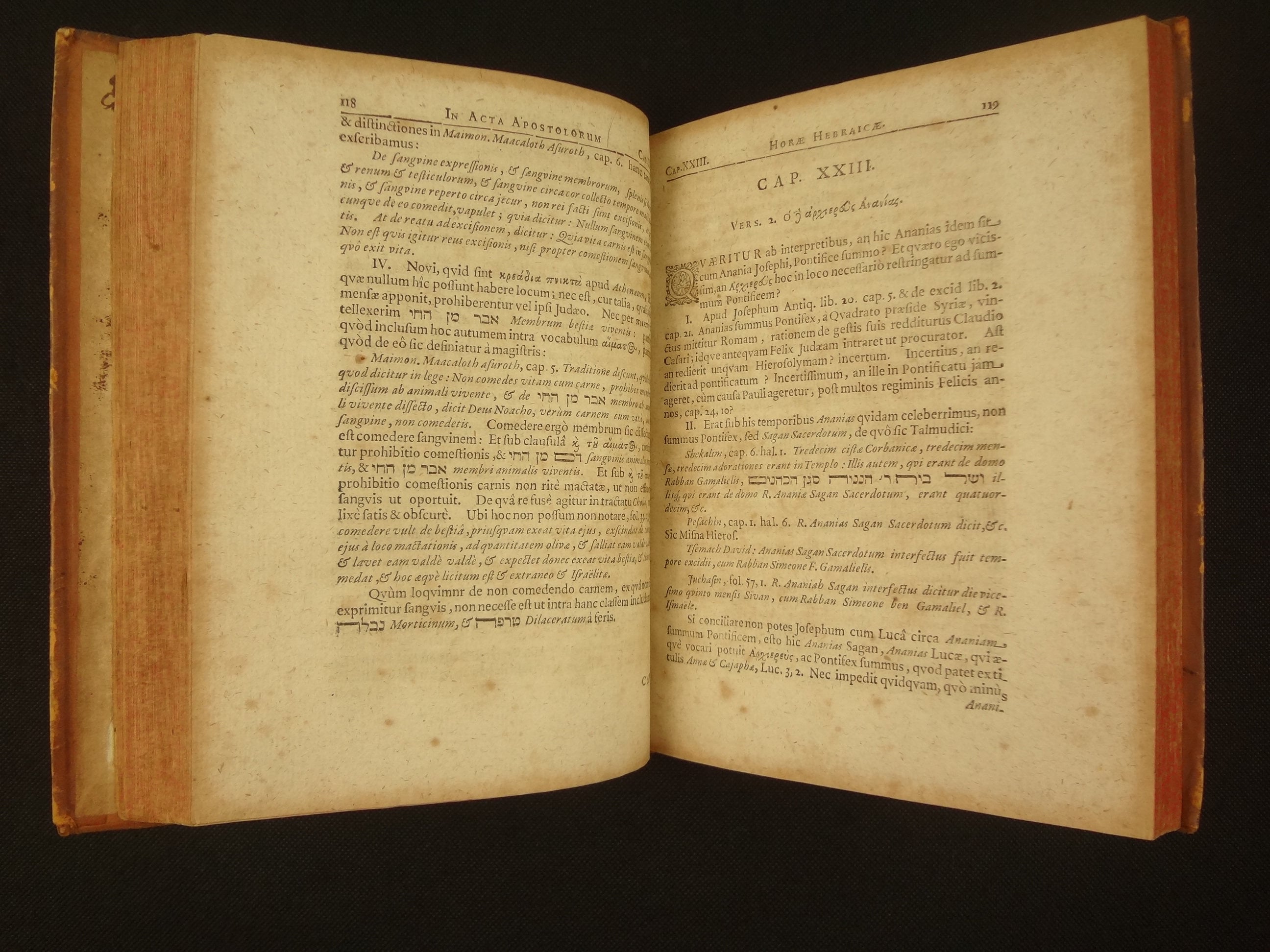 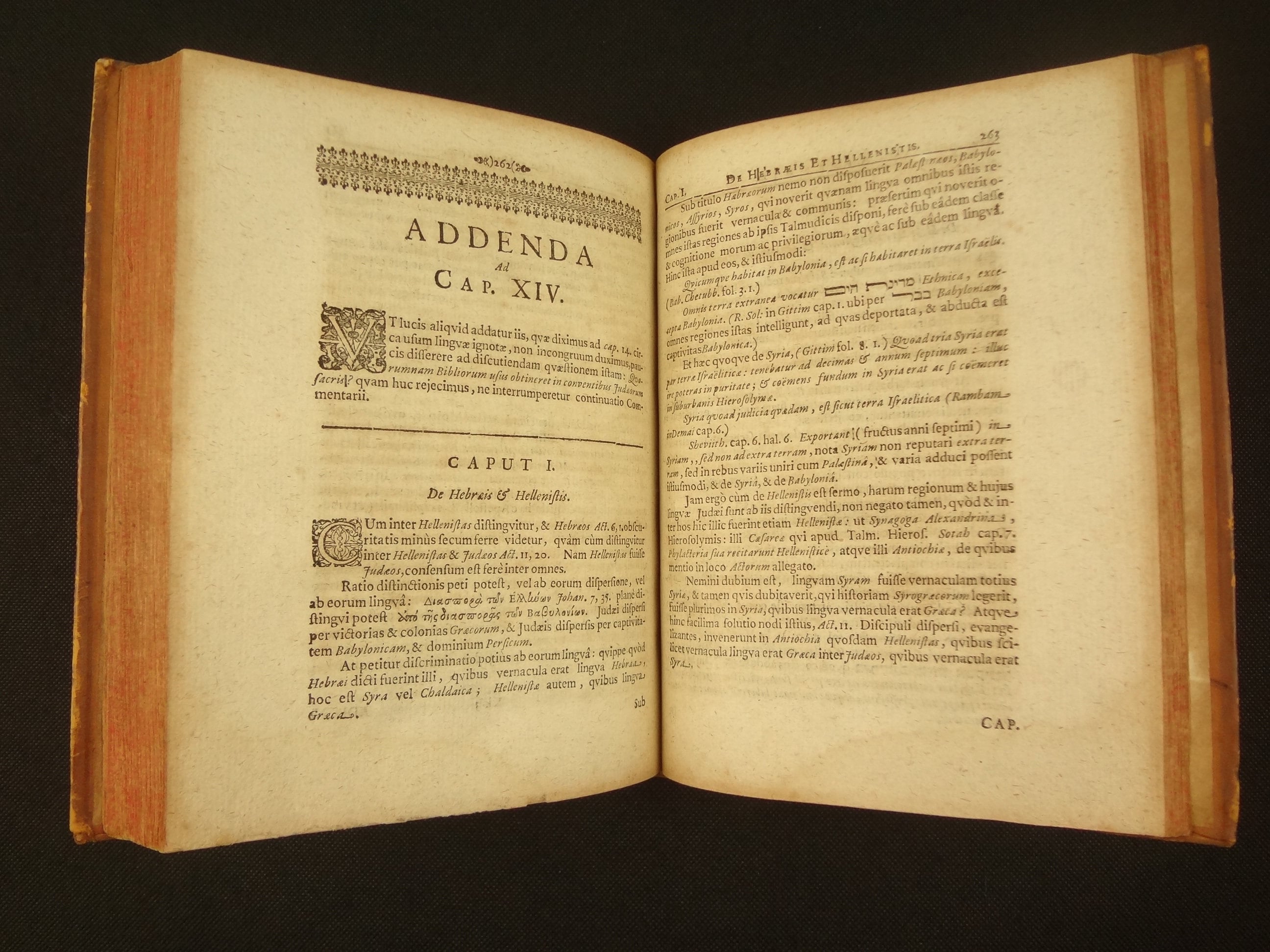 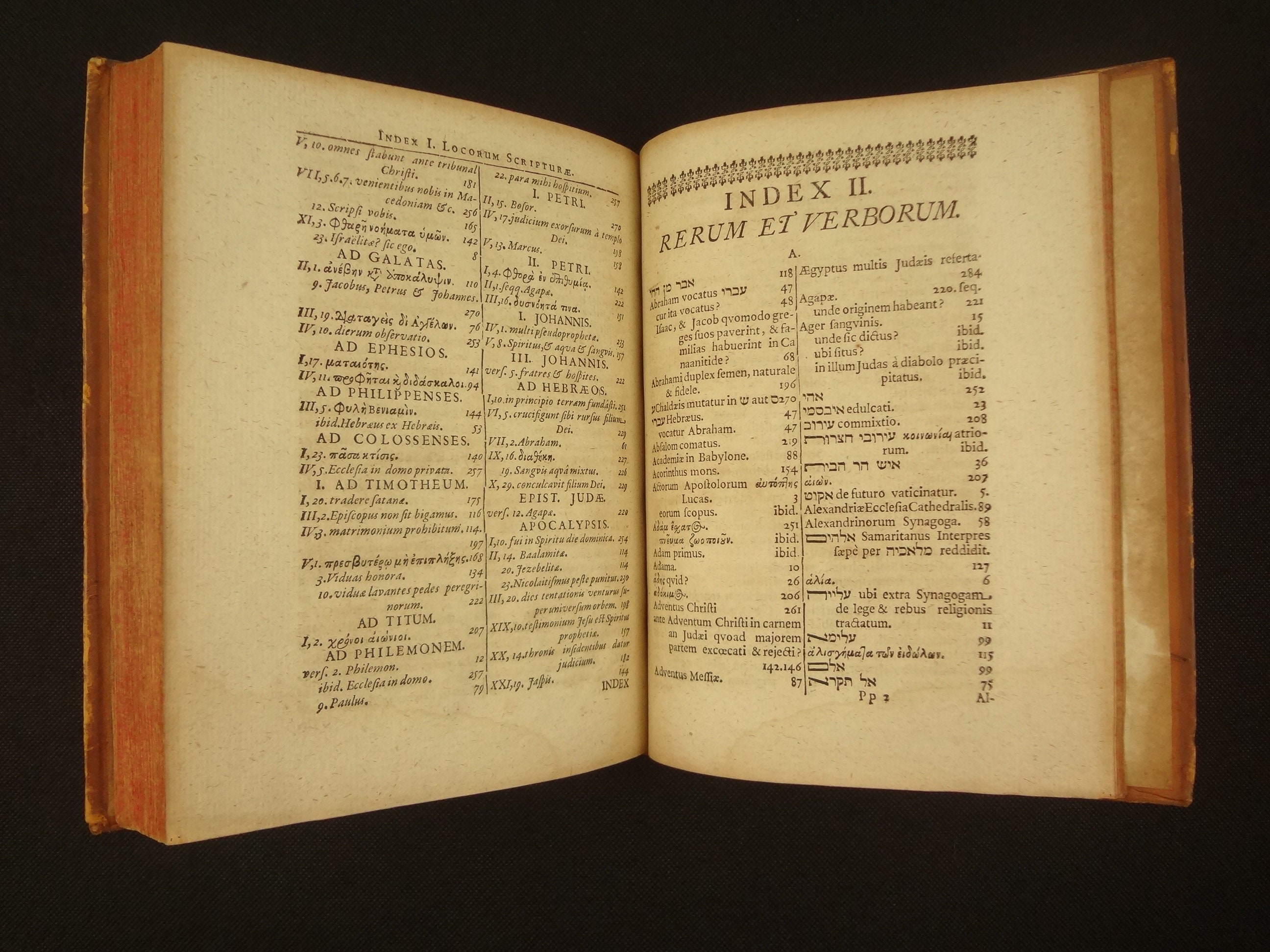 John Lightfoot's thoughts on Acts, Romans and Corinthians, in consideration of his Hebrew scholarship. Printed in 1679, this German printed edition followed the British edition, as the continental edition. Lightfoot's thoughts on the New Testament in light of Hebrew traditions were important and challenging to a church that had long dismissed the Israel setting of the New Testament's events.

These notes on Acts, Romans and Corinthians were issued after earlier considerations on the works of the four evangelists, among others.

"Lightfoot’s Horae Hebraicae was one of the most important works of biblical scholarship produced in early modernity. Even within the century succeeding its publication its significance was recognised, with the German scholar Johann Christian Schöttgen imitating Lightfoot’s endeavour to the title, and adapting the much-adapted couplet to declare that “nisi Lightfootus lyrasset, multi non saltassent" ("If Lightfoot hadn't sung, many wouldn't have danced)." According to William Horbury, Lightfoot’s Horae “remained the standard rabbinic commentary on the NT until Strack-Billerbeck began to appear in 1924”, while others chart Lightfoot’s influence into the 1970s." - Kristin Macfarlane, Keble College, University of Oxford

John Lightfoot was a 17th century Vice-Chancellor of the University of Cambridge and Master of St. Catherin's College, Cambridge. Known for his rabbinic studies. He was an active participant in the Westminster Assembly, journaling the proceedings.