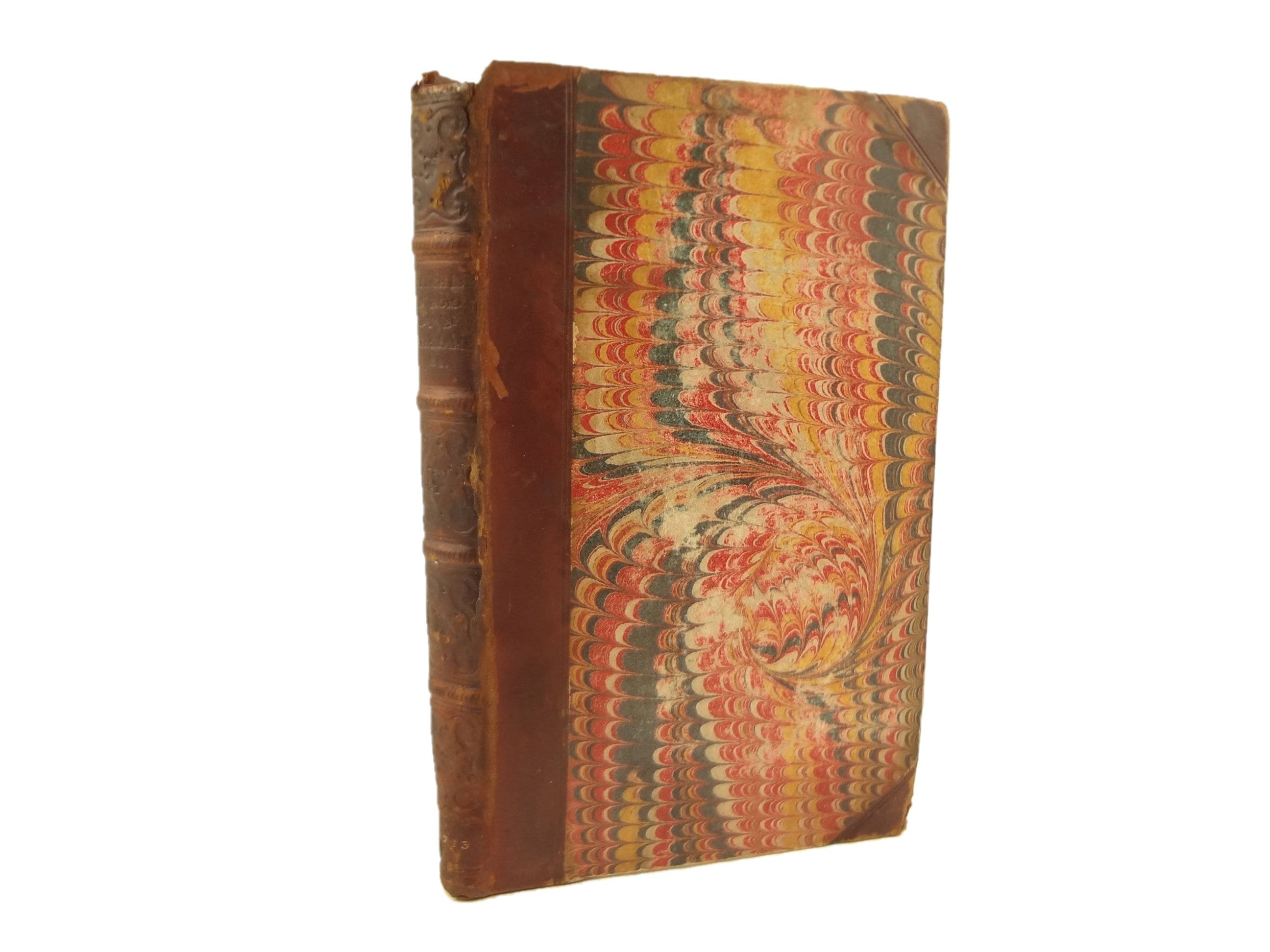 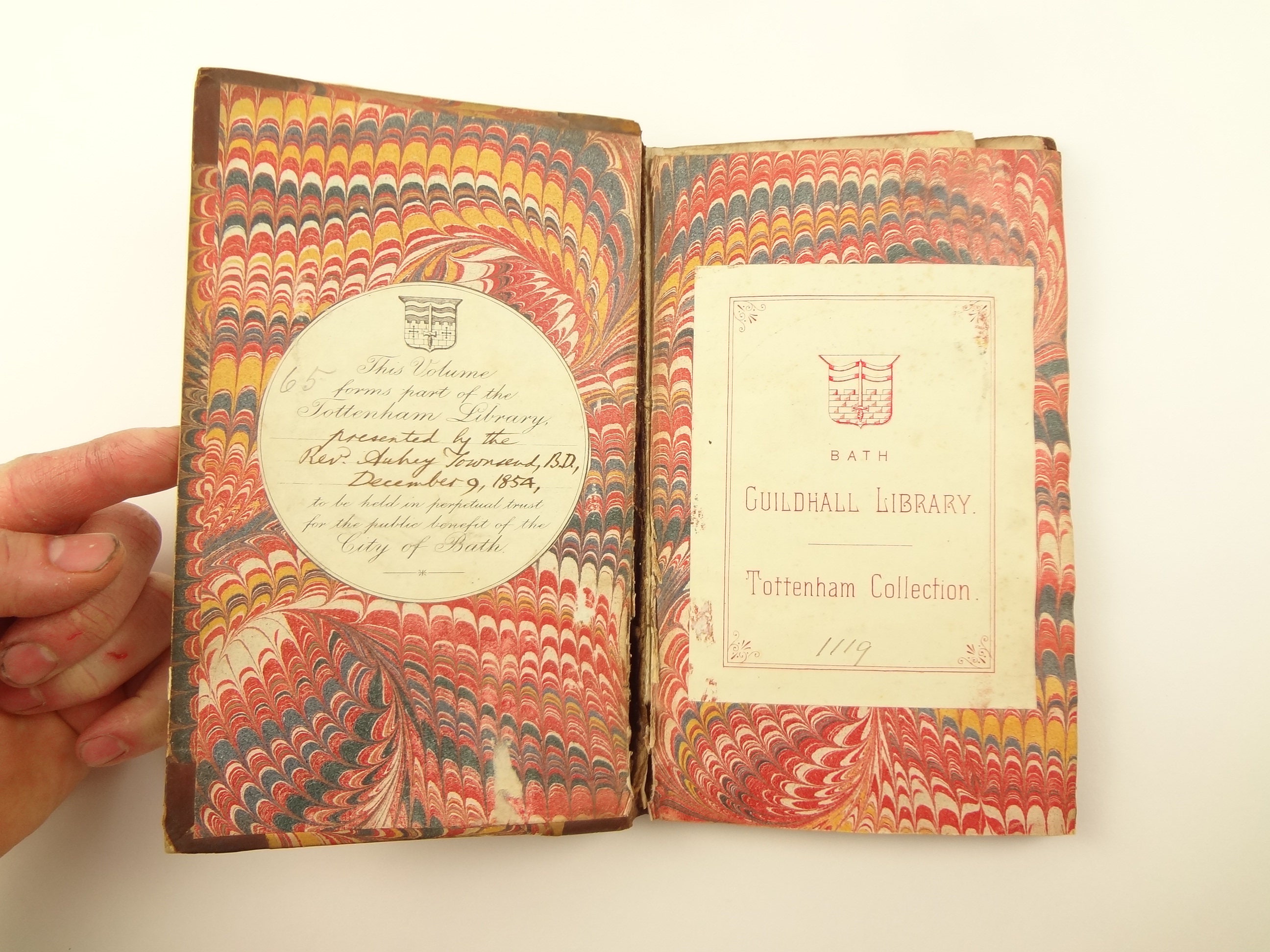 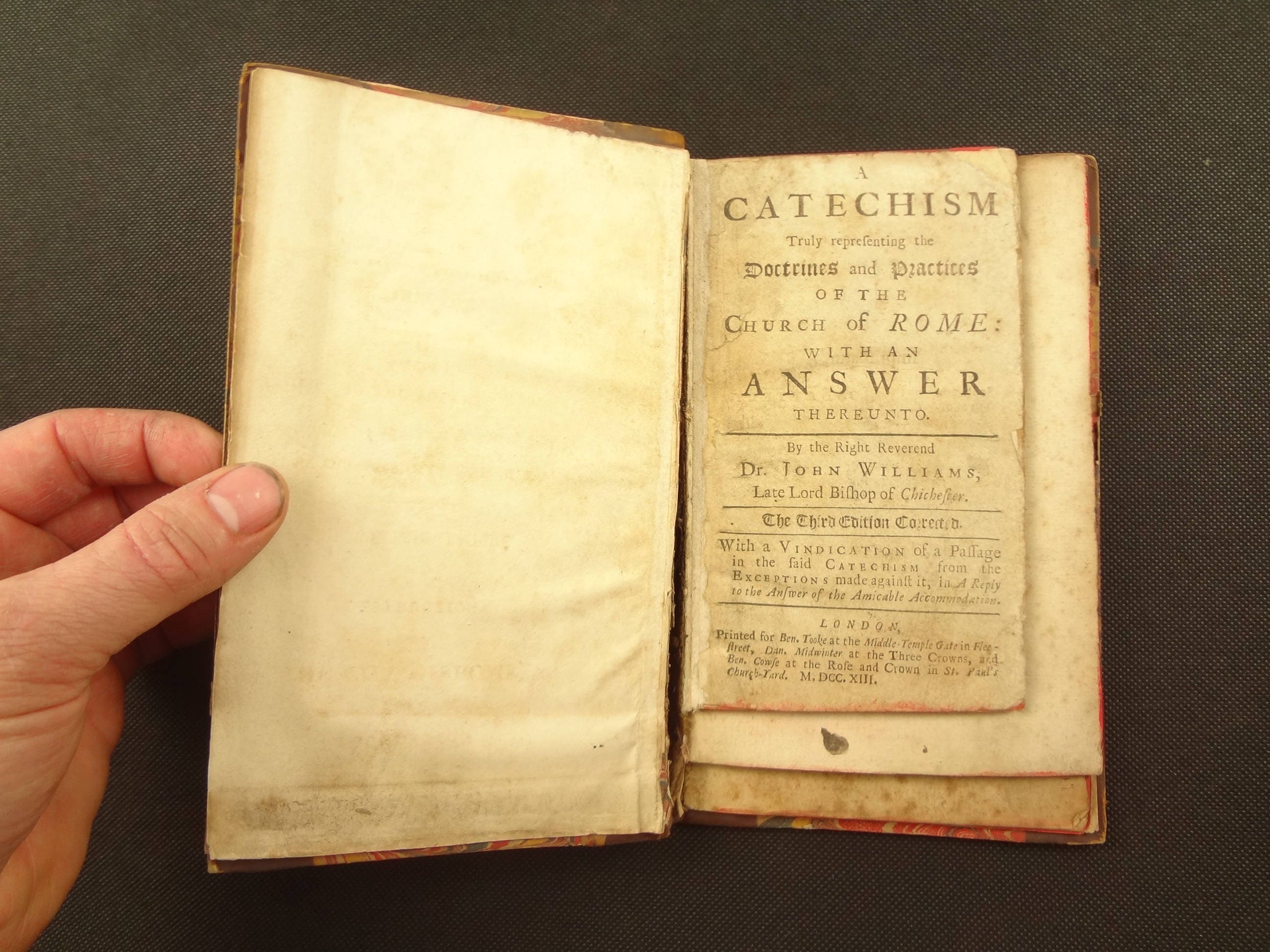 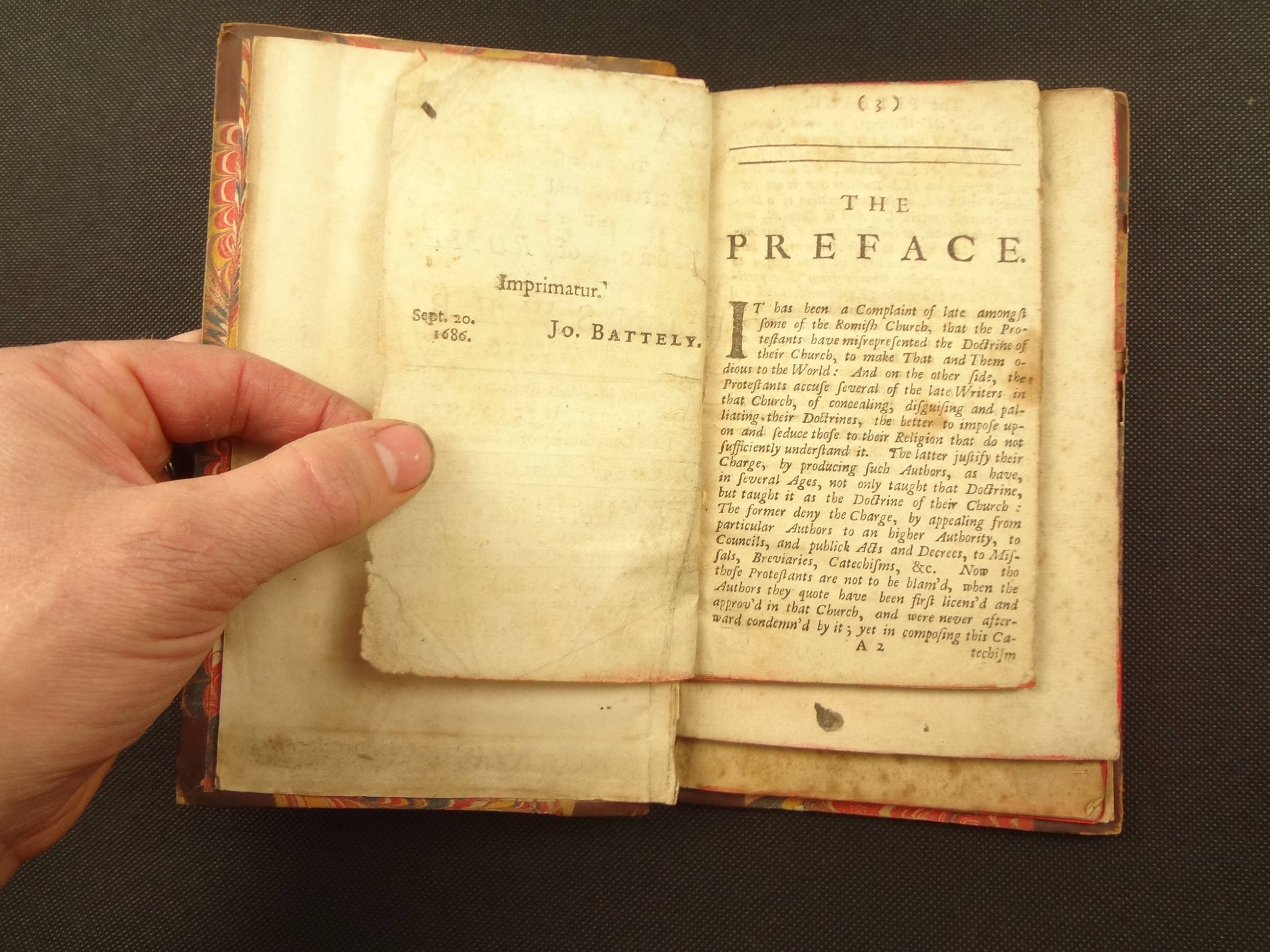 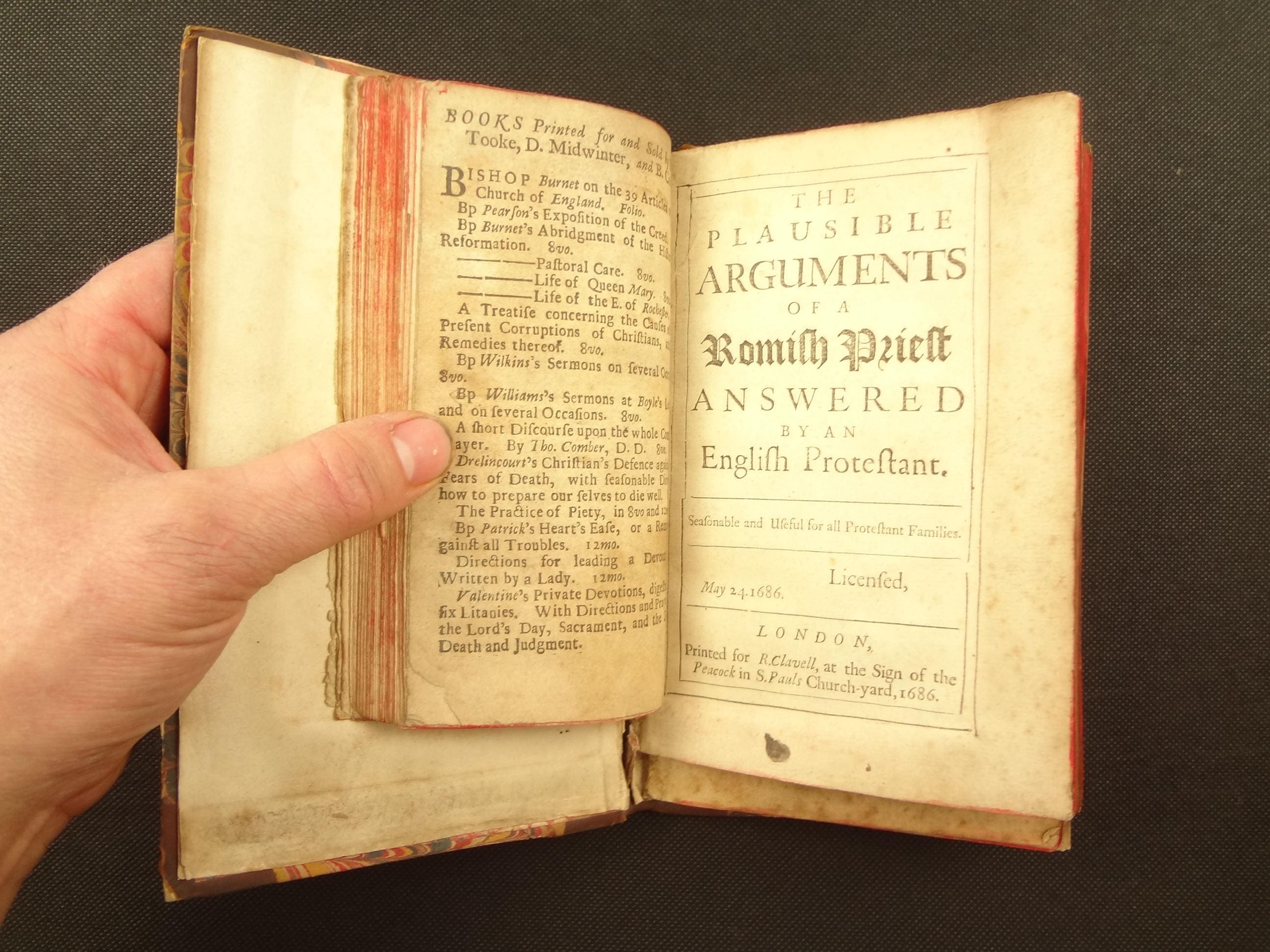 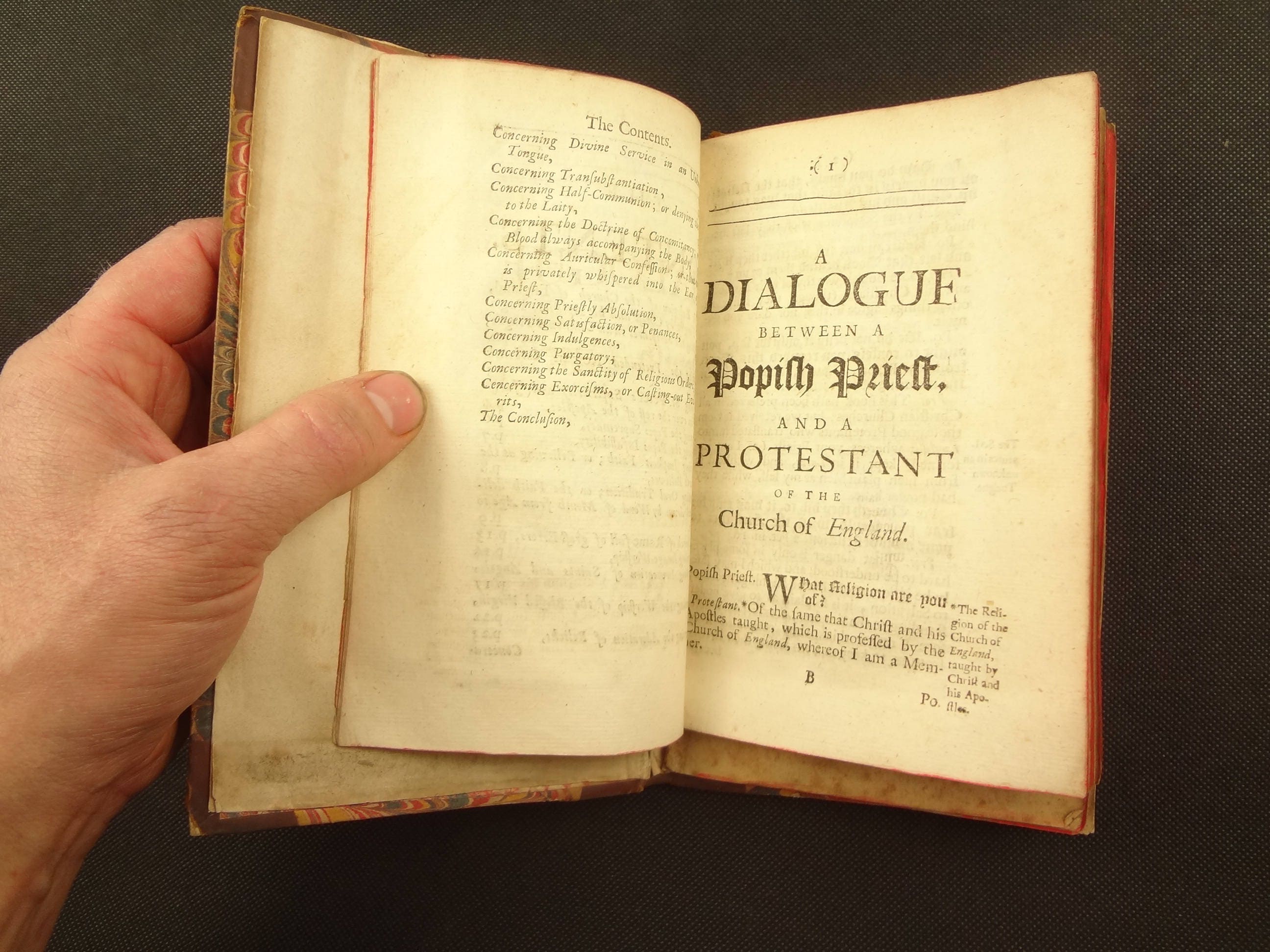 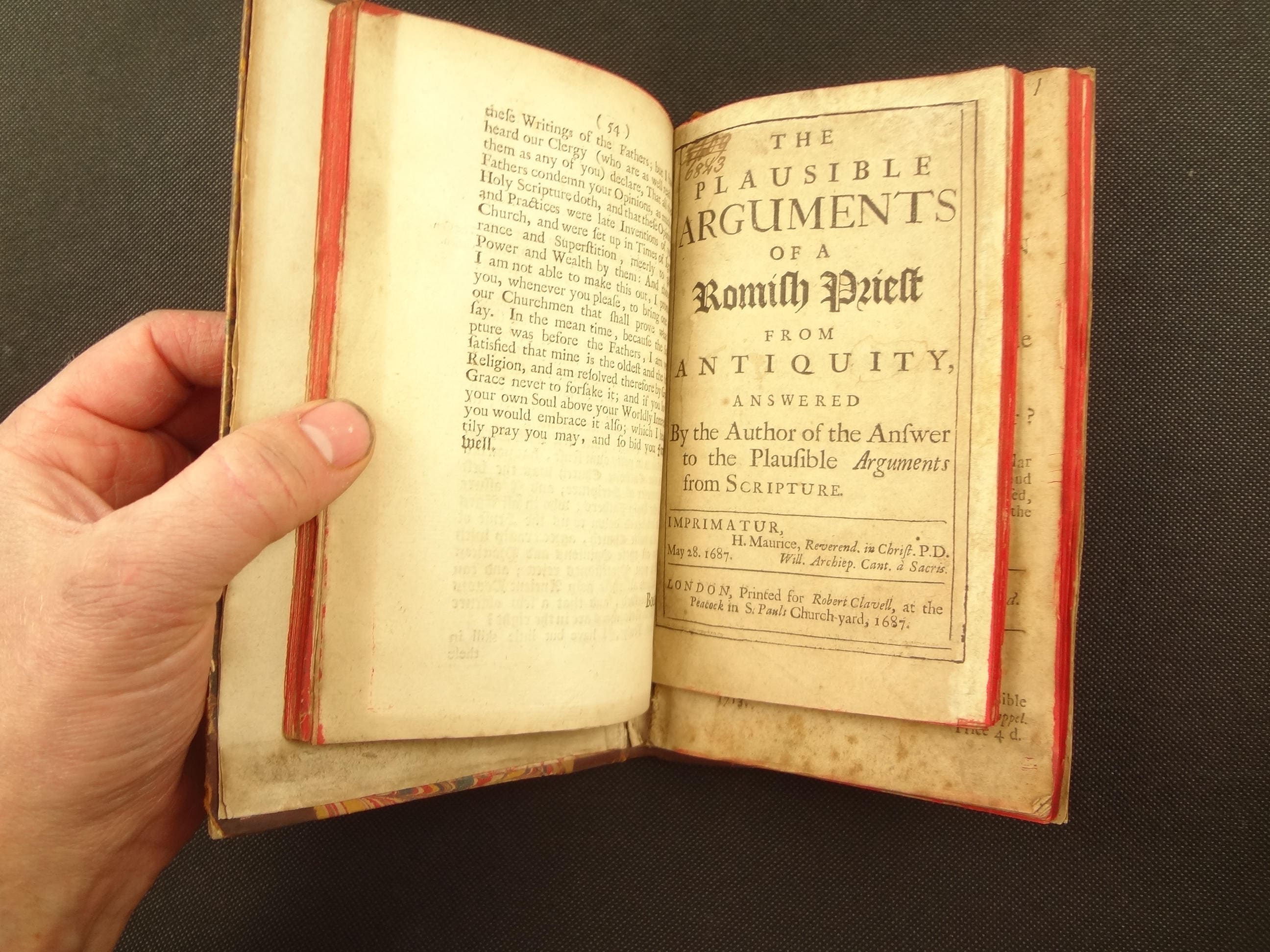 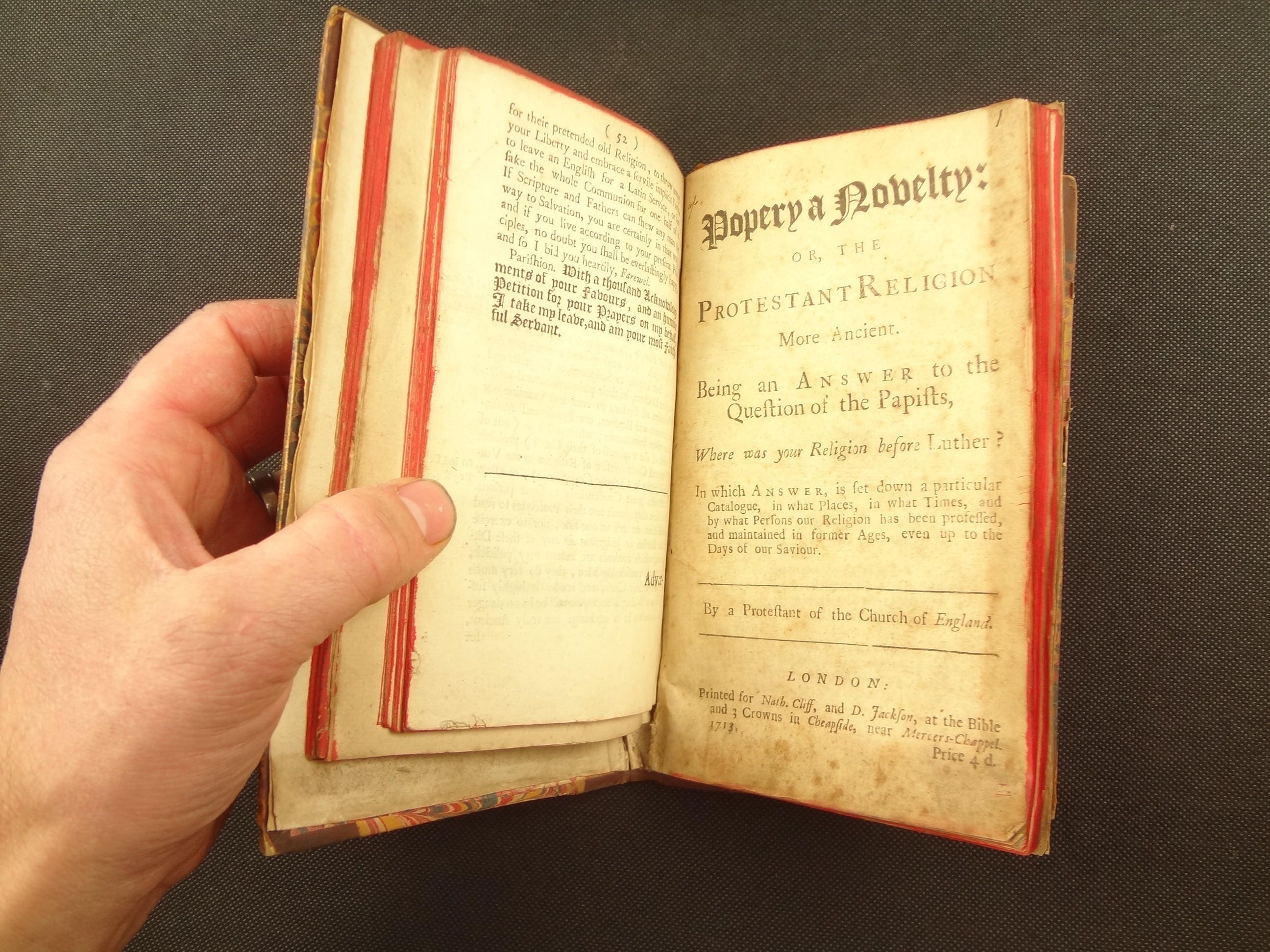 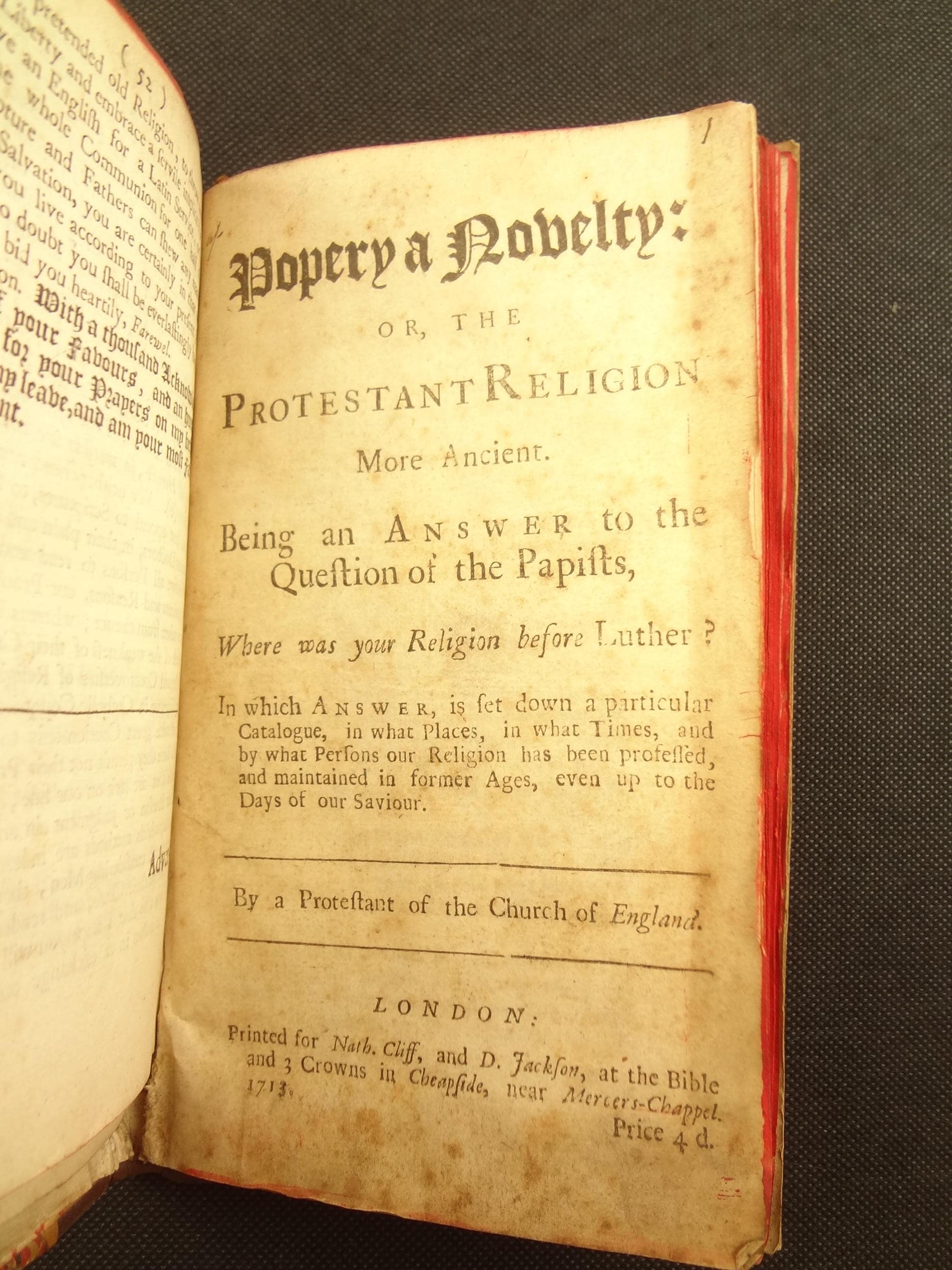 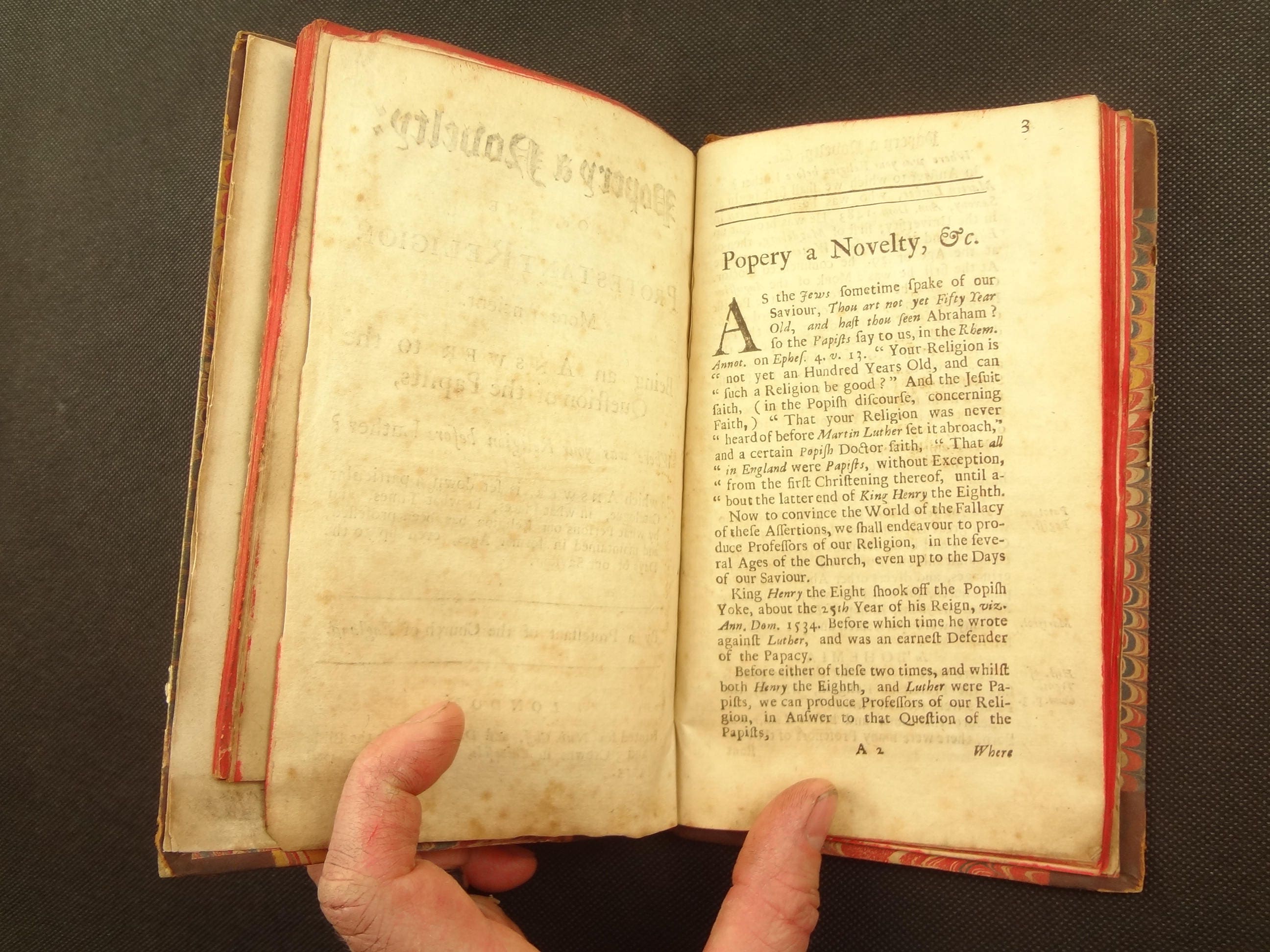 Just in time for the 500th anniversary of Martin Luther's famous treatises, here we have a collection of late 17th and early 18th century English works against the Catholic Church. Recently released by the Library of Bath (I have an email from the library verifying it was legally withdrawn, which I will provide), it has fitting English heritage (with a bonus of one of the more interesting ex libris plates I've seen).