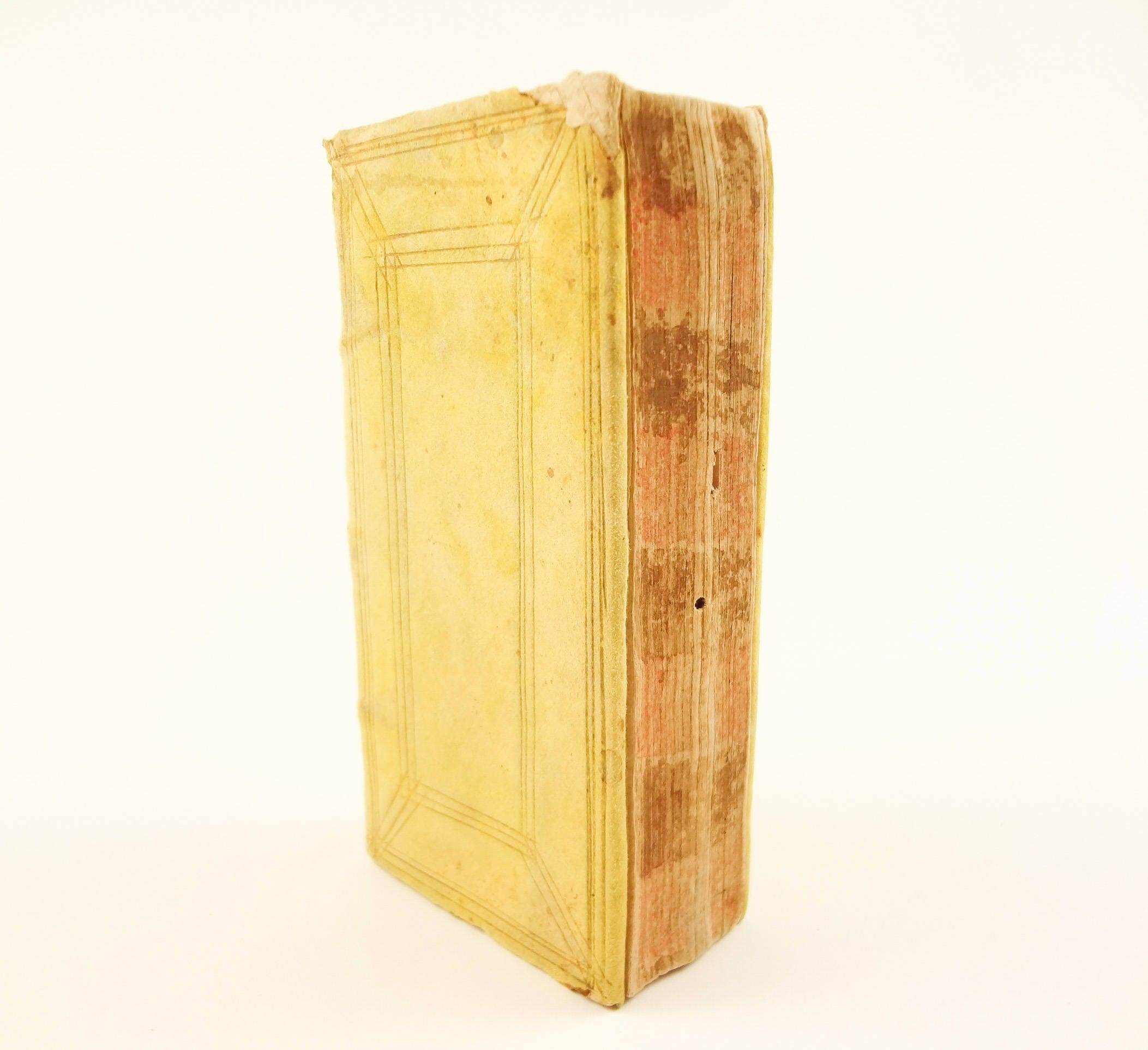 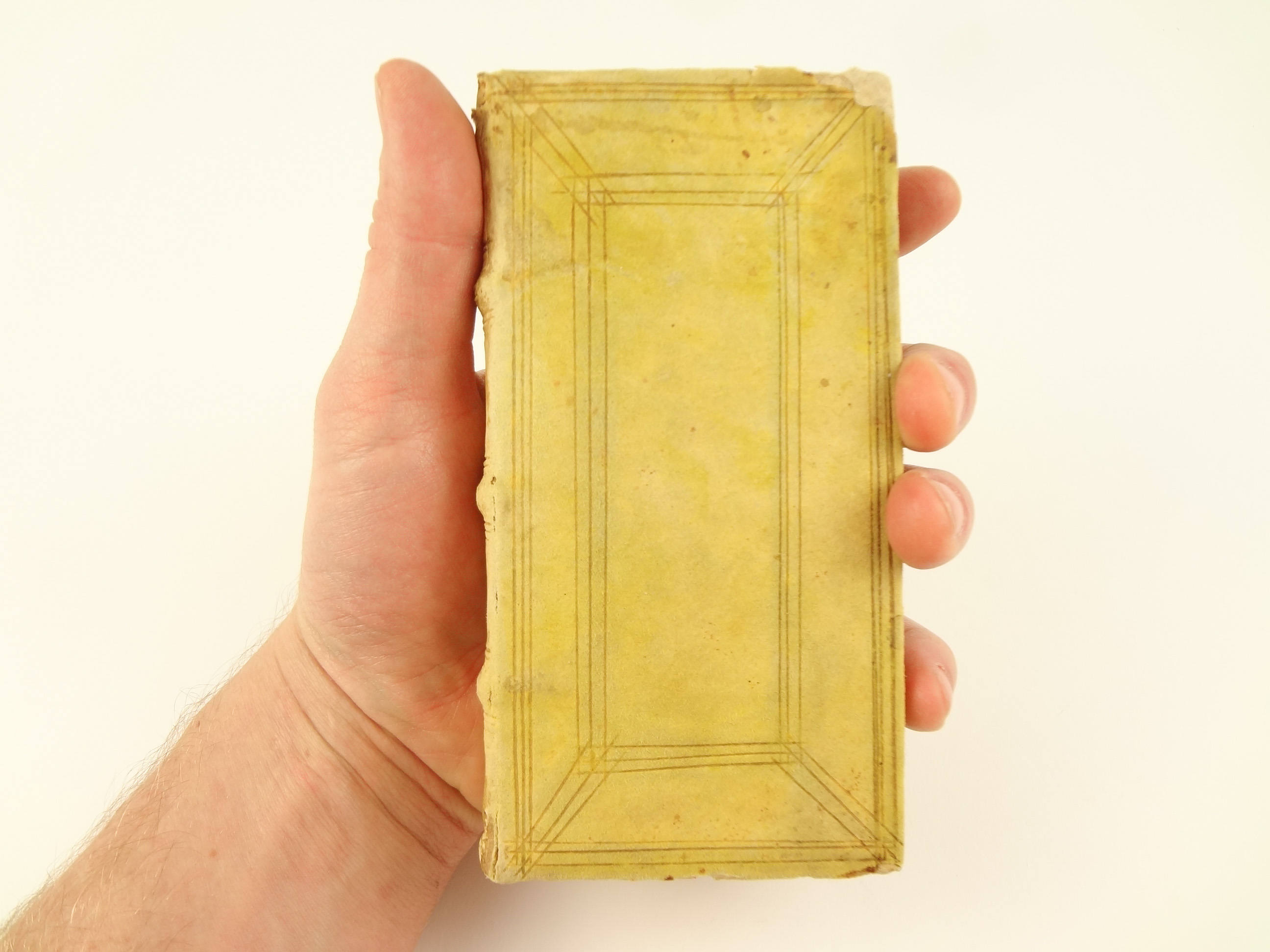 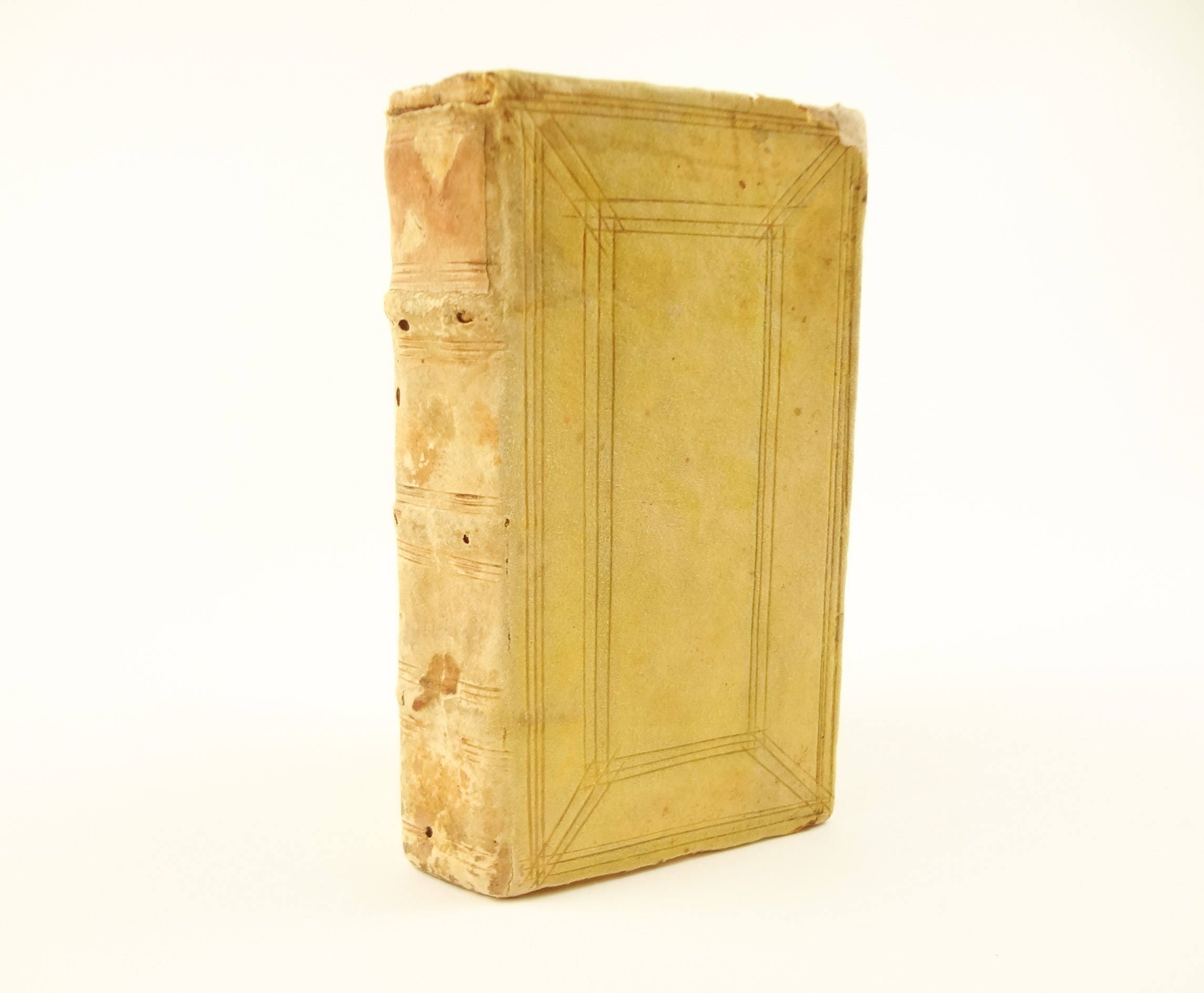 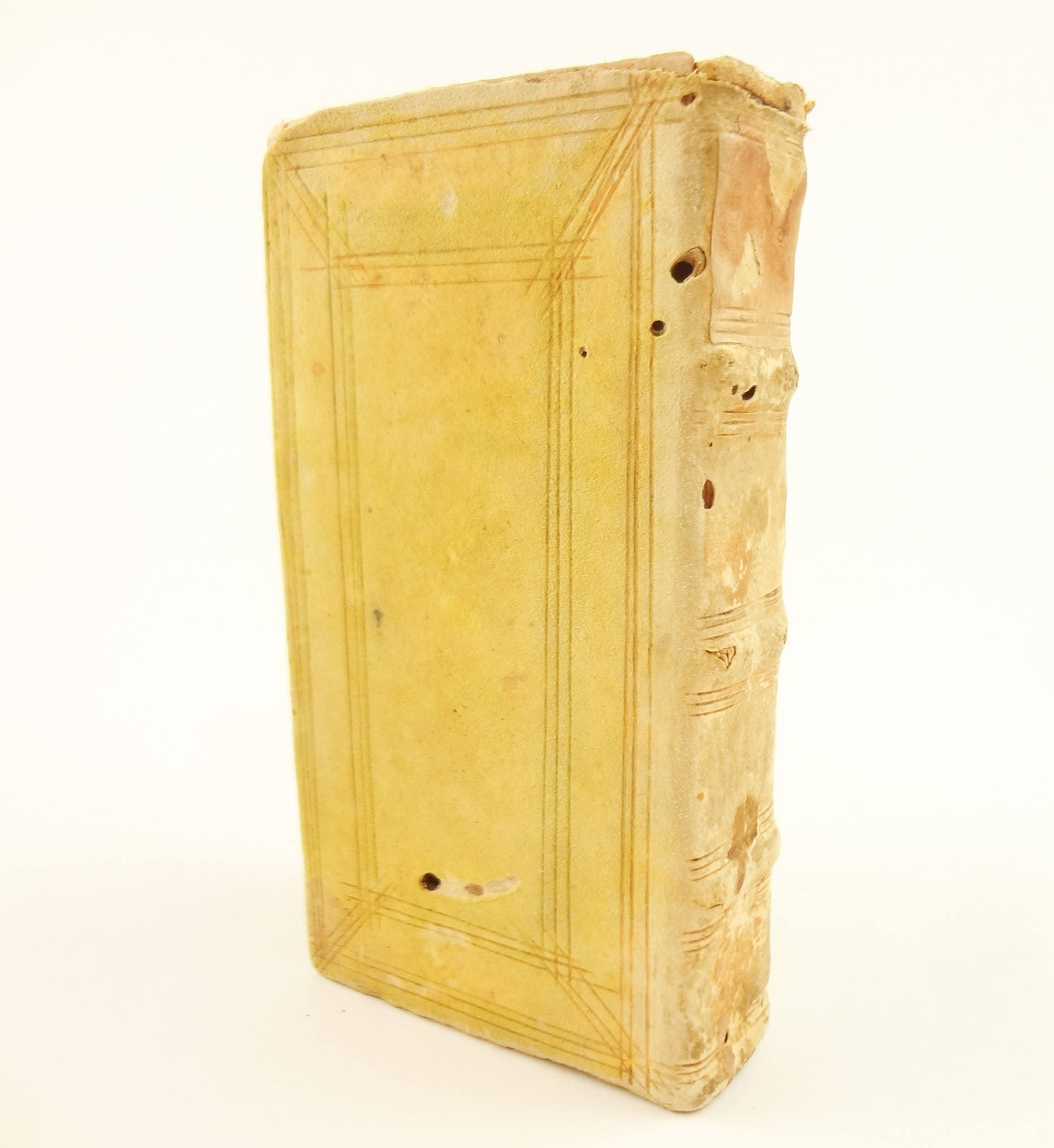 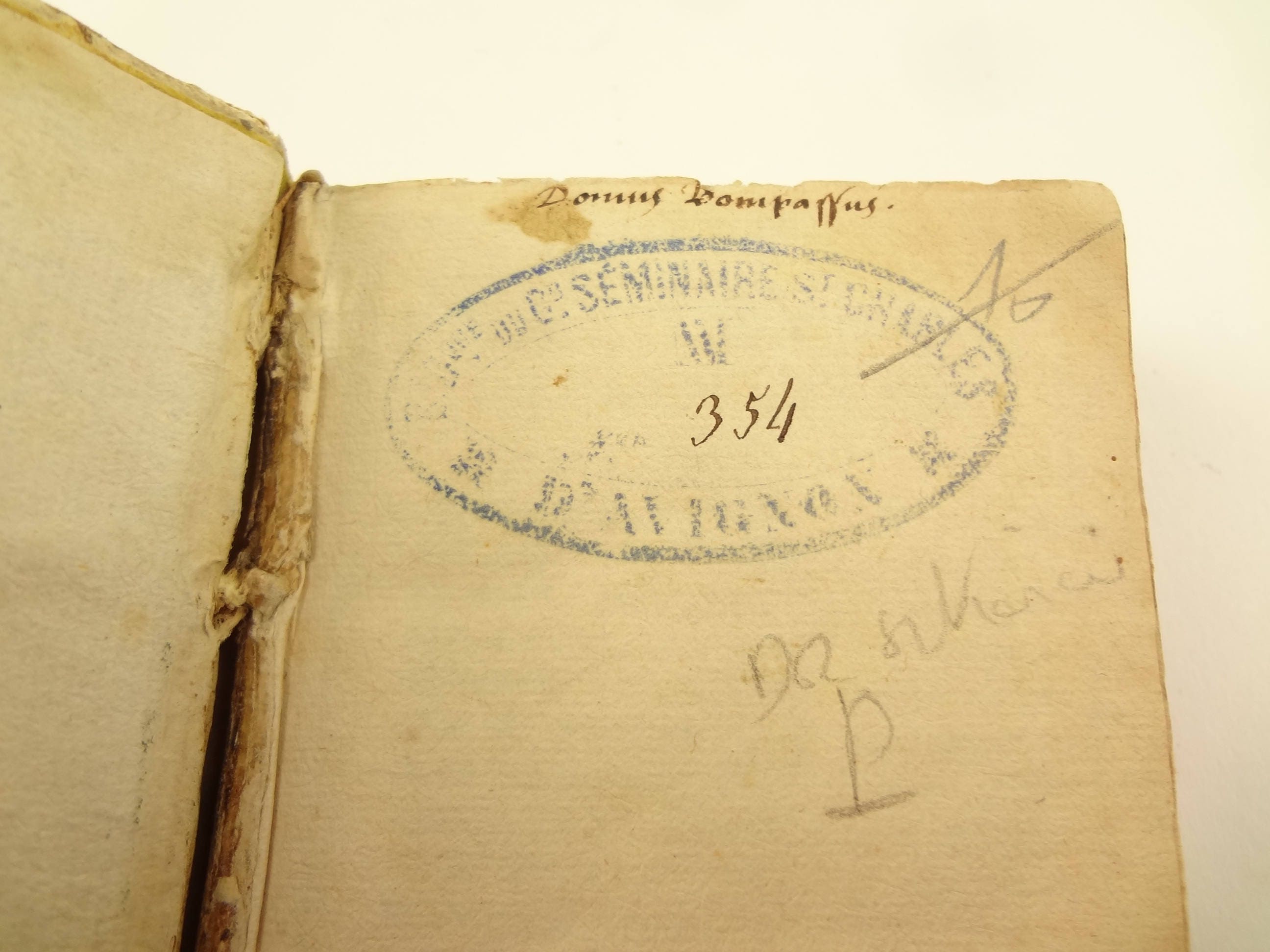 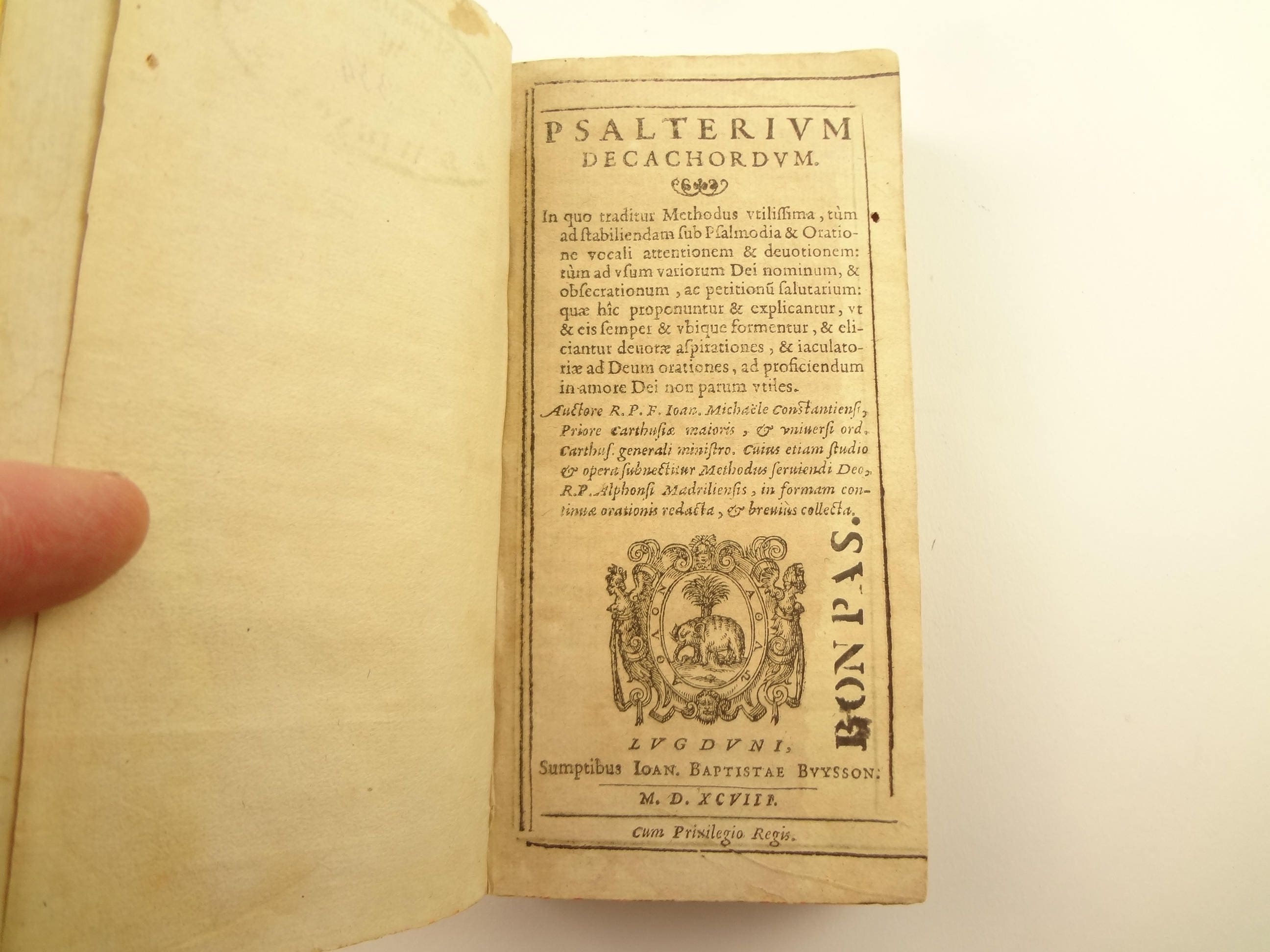 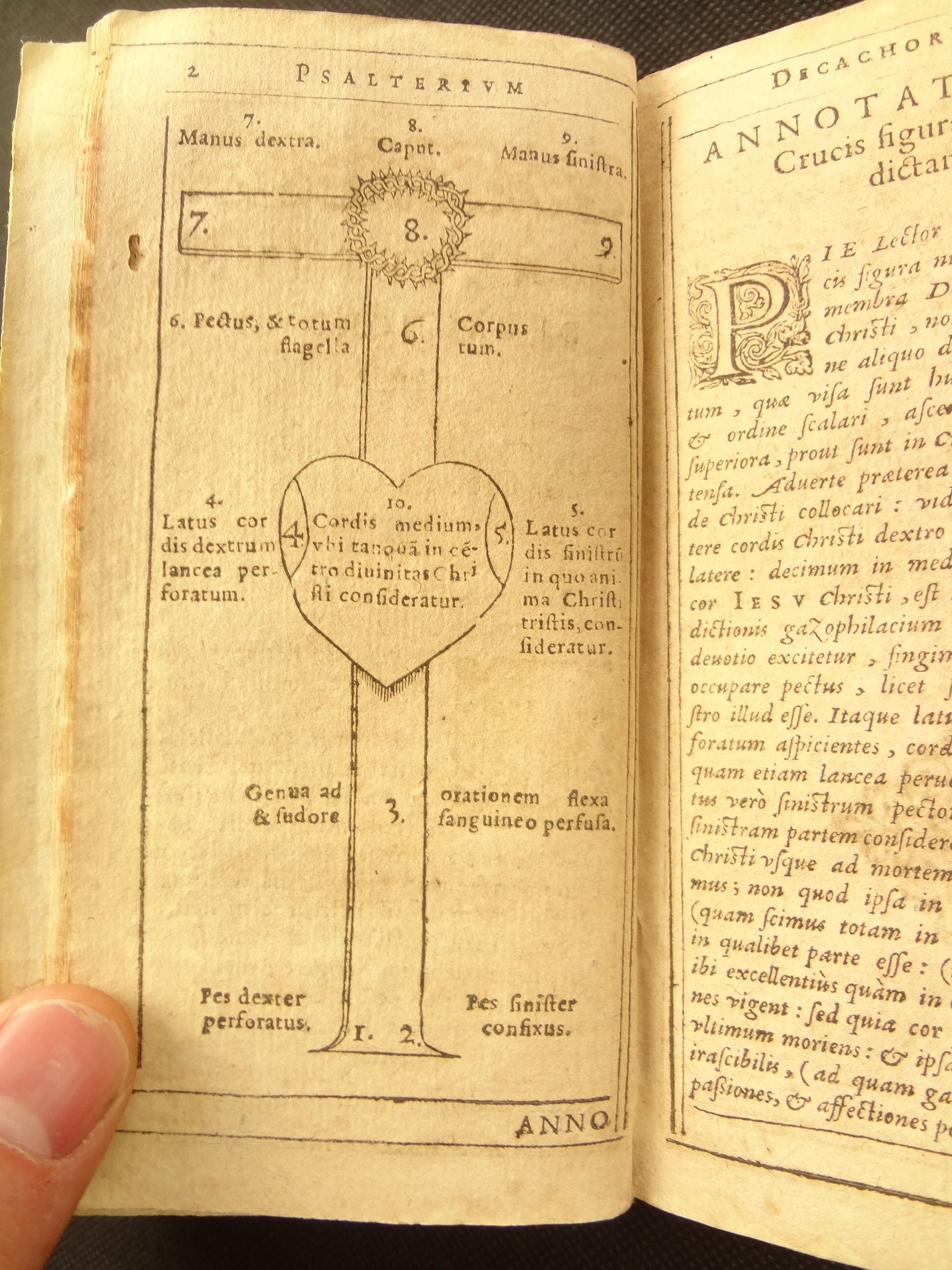 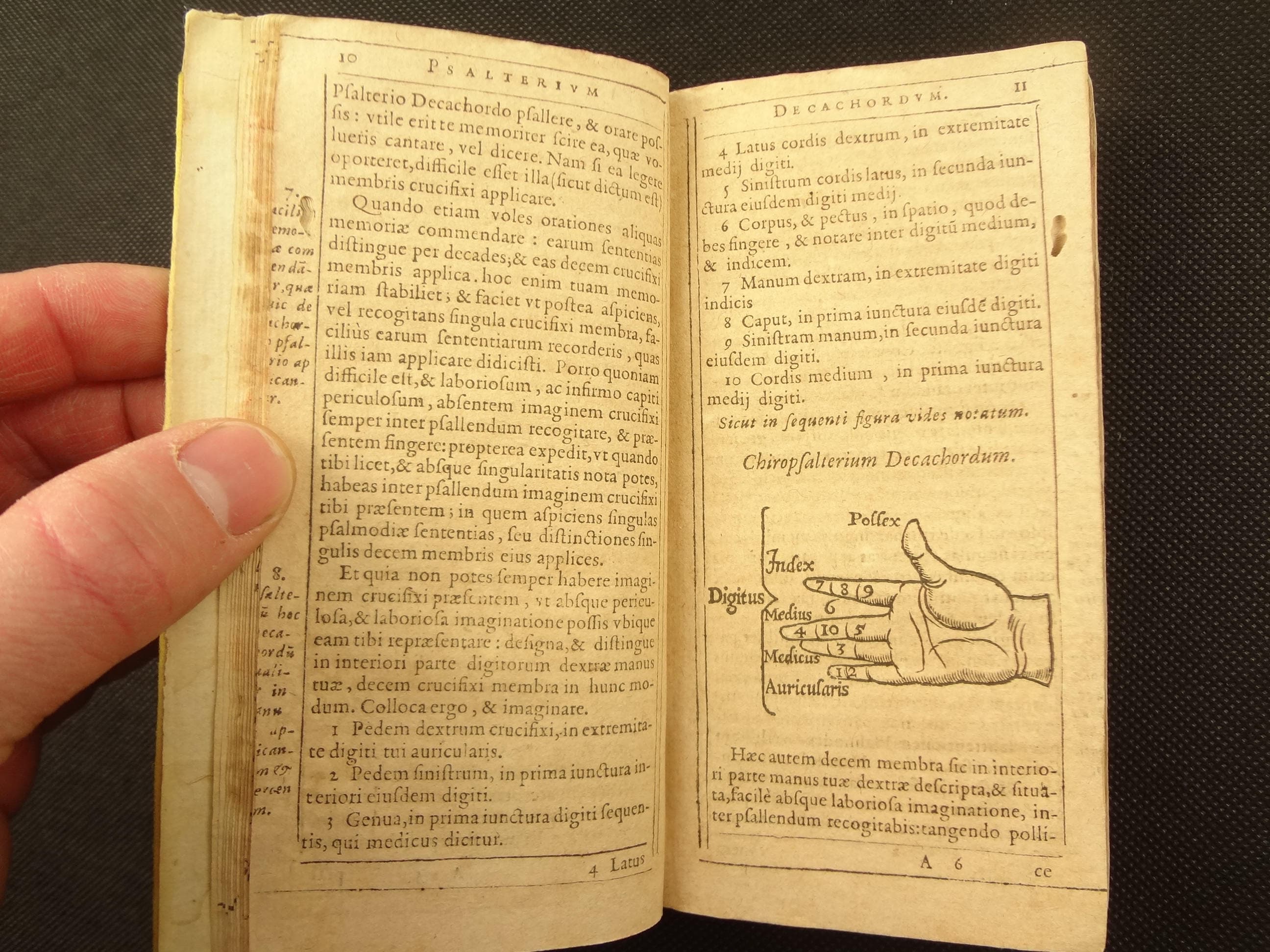 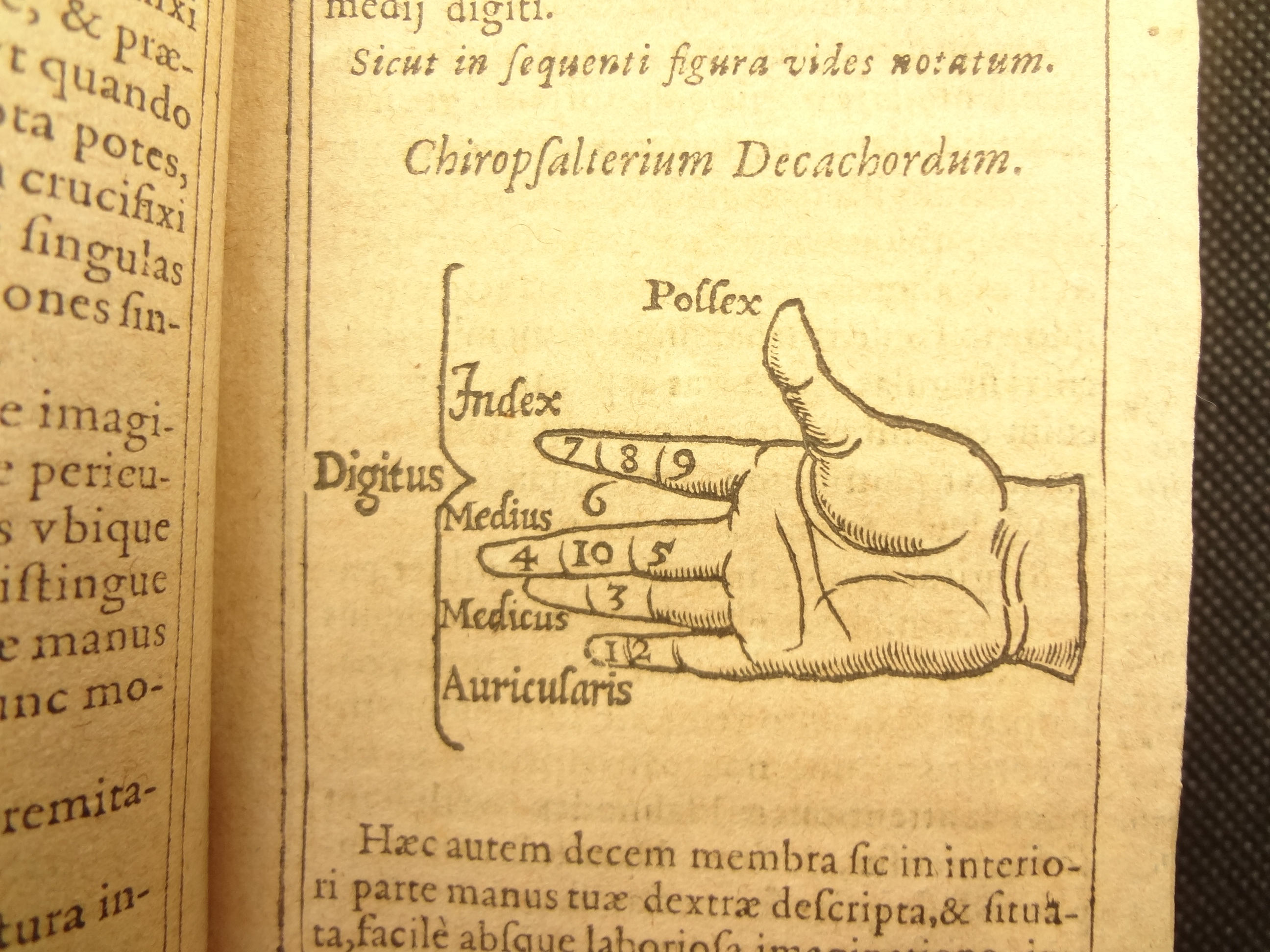 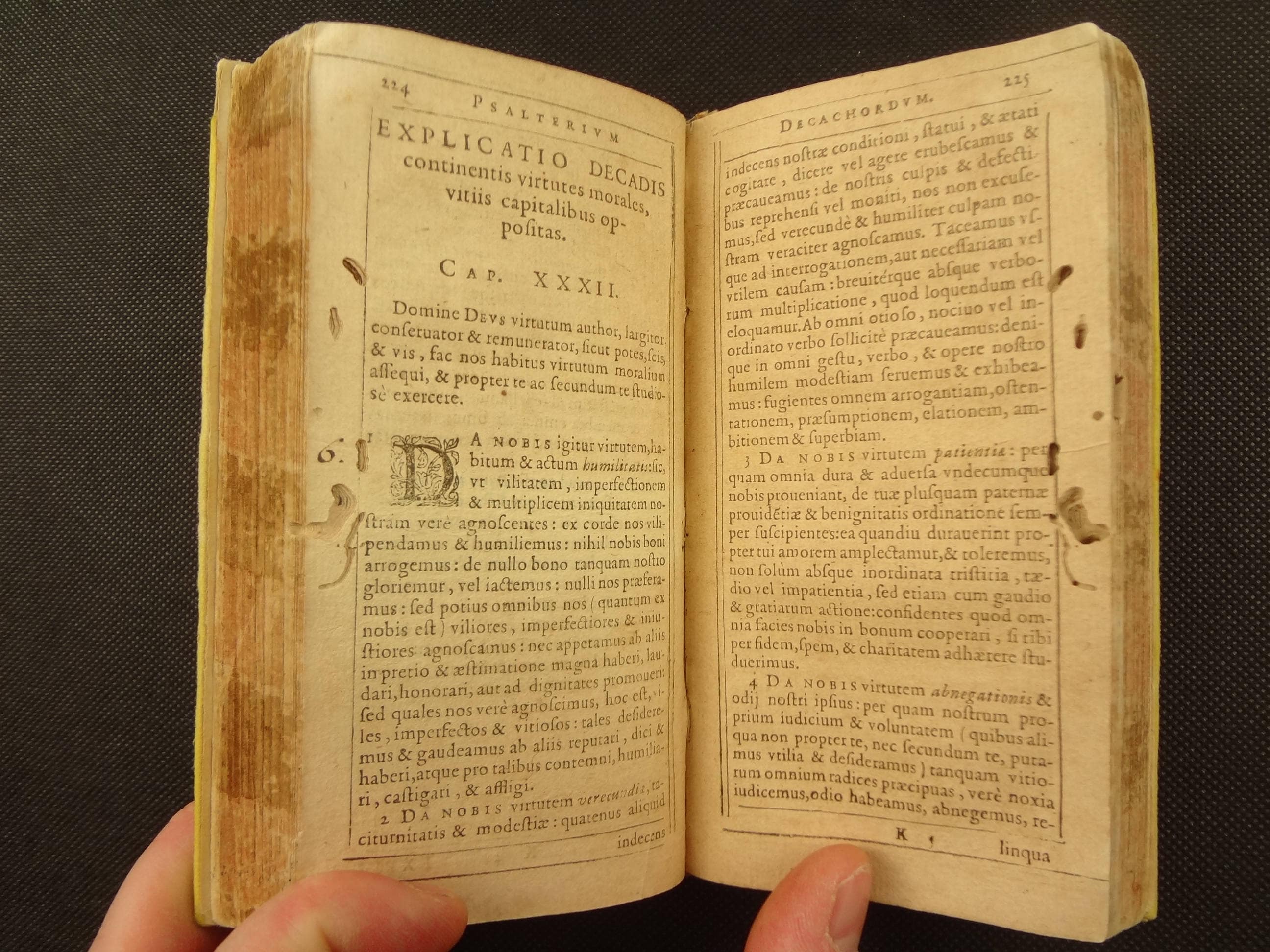 1598 Psalterium Decachordum, or Psalter of the Ten Strings, with a unique binding, several woodcut mnemonic devices (one being a manicule), and fascinating provenance.

About the Author & Literature -

1st edition of this 16th century work, which is described as a devotional and Psalter. Within there are prayers, petitions, biblical studies, etc.. Of note are two woodcuts which demonstrate mnemonic (memory) devices for reciting memorized prayers, one of which is in the form of a "chiropsalterium", or "hand psalter".

About the Provenance -
Note the two stamps, one mentioning Avignon (with "Domus Bonpassus" written above it), and the title page "Bon Pas"; these point to a fortified river crossing of the Durance in France. Originally a ford from ancient times, it was known as "maupas" (bad passing) through the dark ages. A large monster carved in stone, devouring men was found at the site, likely a warning to ancient travelers. But in the 12th century monks took over the site and provided bridge/ferry services. The name changed to Bon (good) Passus. The bridge only lasted a century or so, but the ferrying went on and it became an important source of income and place of passage. A fortified structure, Chartreuse de Bonpas, was built and the monks continued their service into the 17th century. The fort/chapel is now a wine cellar, open to visitors.

See pictures. Worn but still bound well (not loose/shaken); vintage patina. Shelf wear, with edges, spine top/bottom, and corners worn. Endbands still present. Some worm holes to binding, 1 cm crack at bottom of front cover joint. Binding is slightly splayed (vellum tight pulling book open slightly). Endpaper and title page stamped by ex-libris. Some graphite bookseller notes on blank endpaper. Worming in the book, mostly within fore-edge margin (not text) until near the rear where there is some in the text (but not excessive). Very occasional marginal annotations. Despite wear and some worming, it's a unique binding style (and decoration) still holding together well.