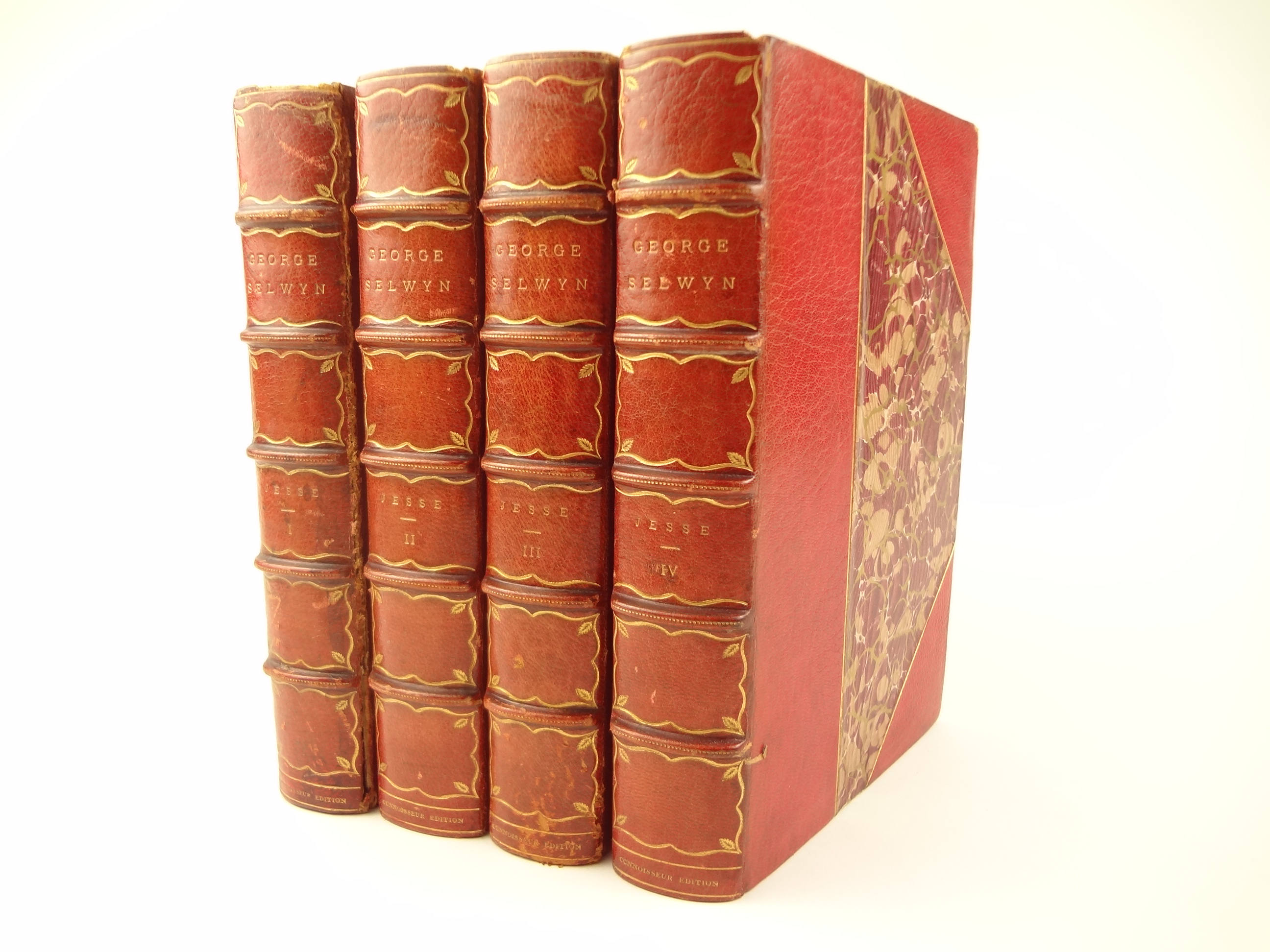 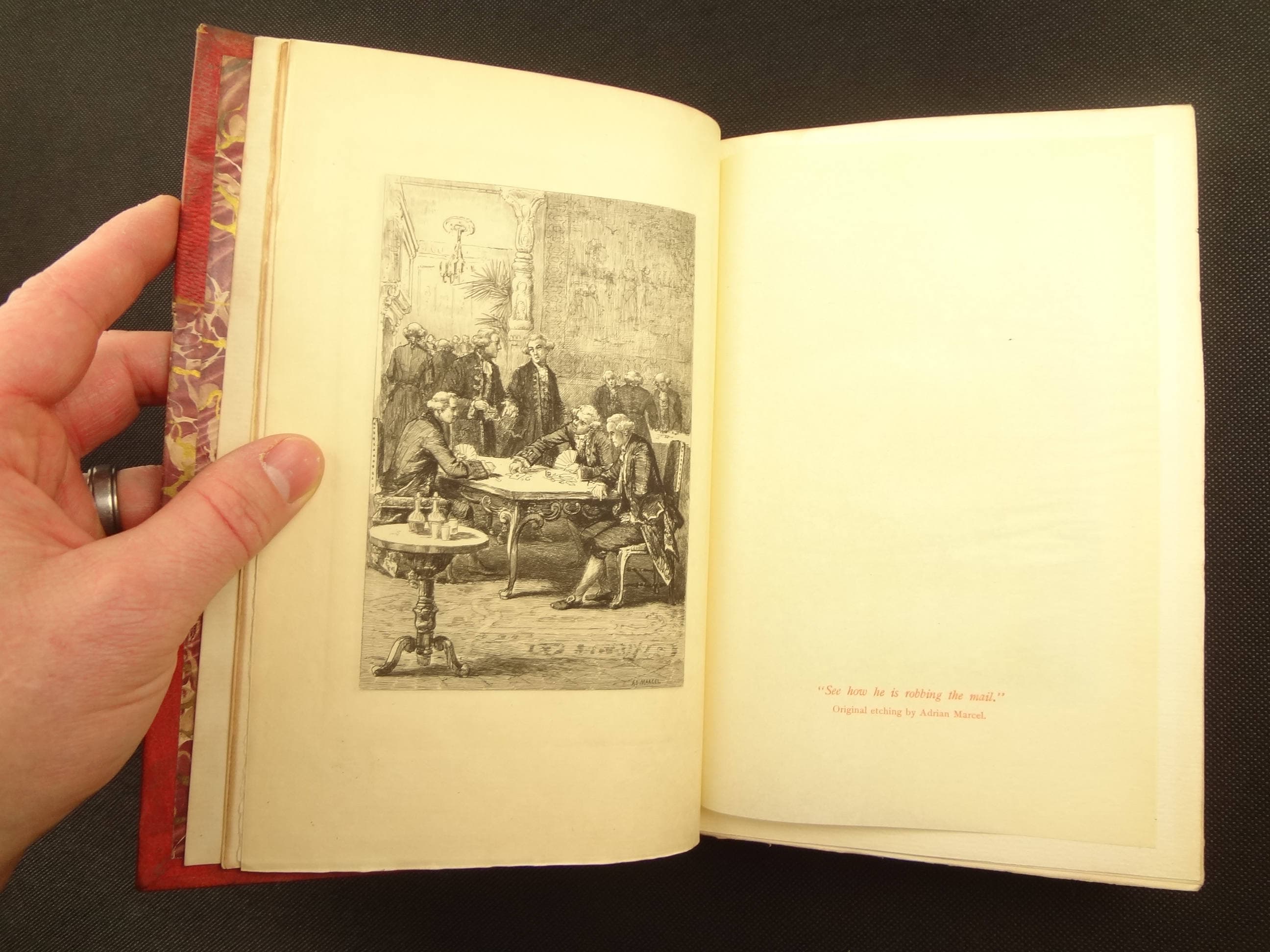 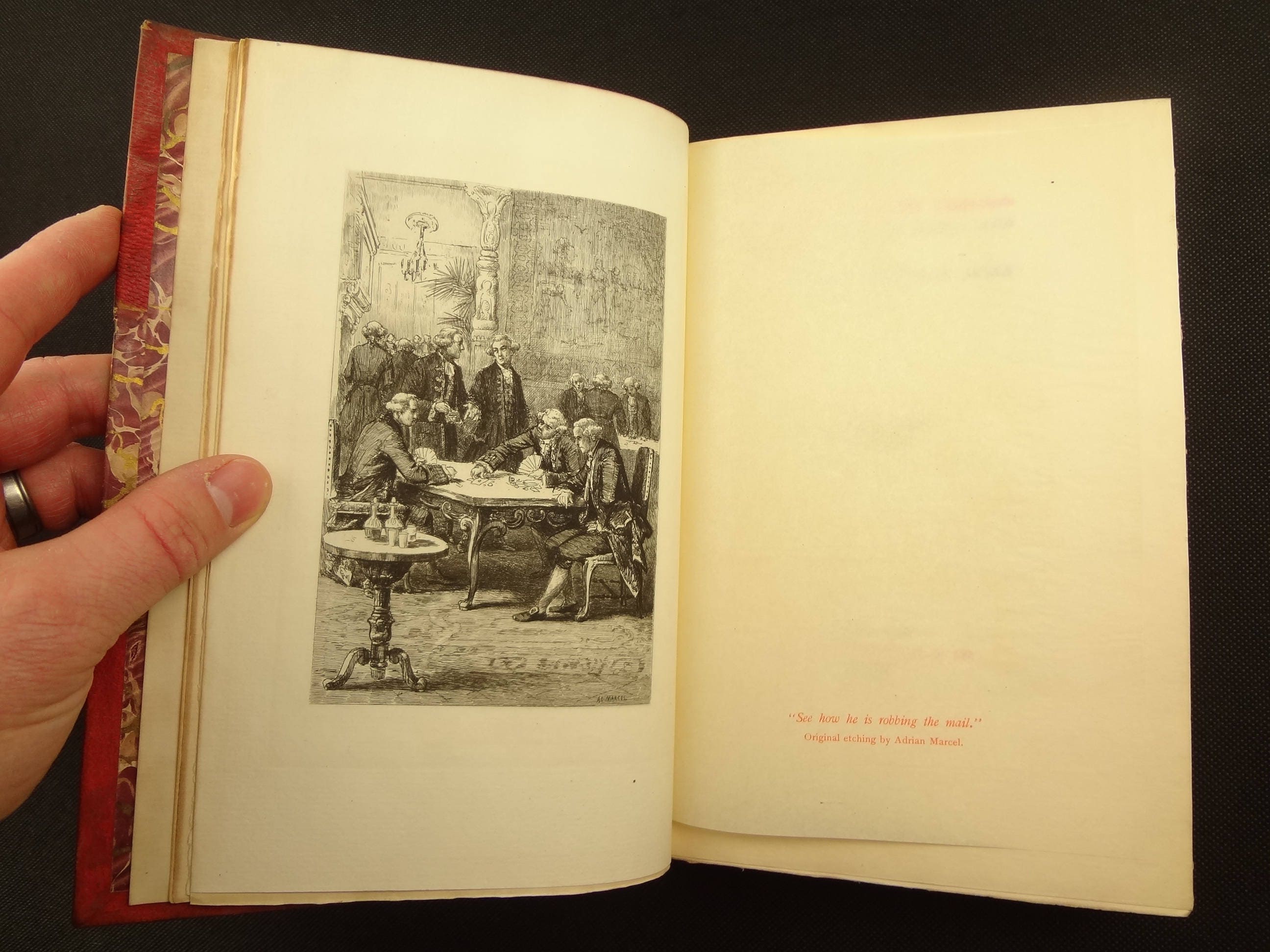 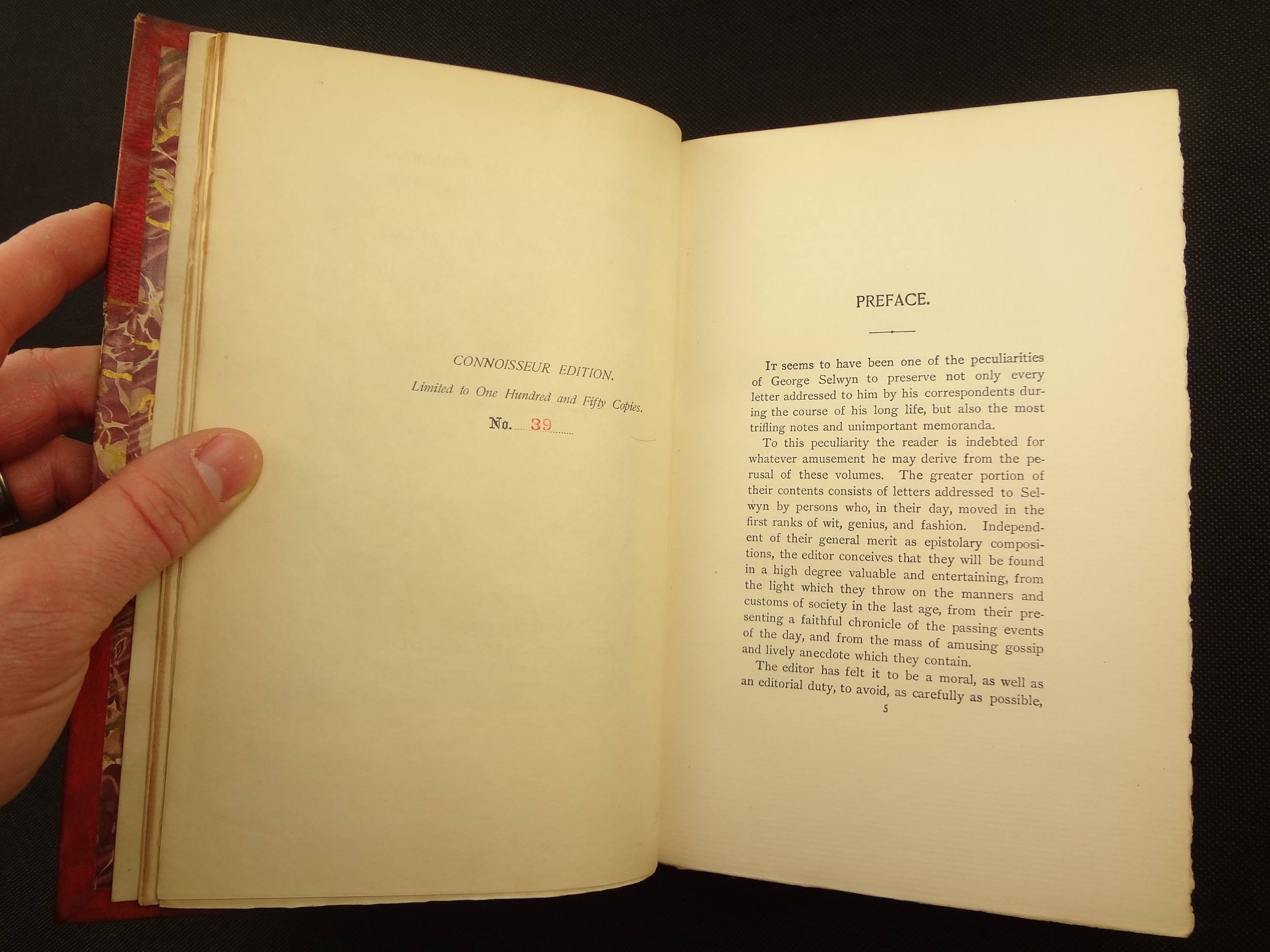 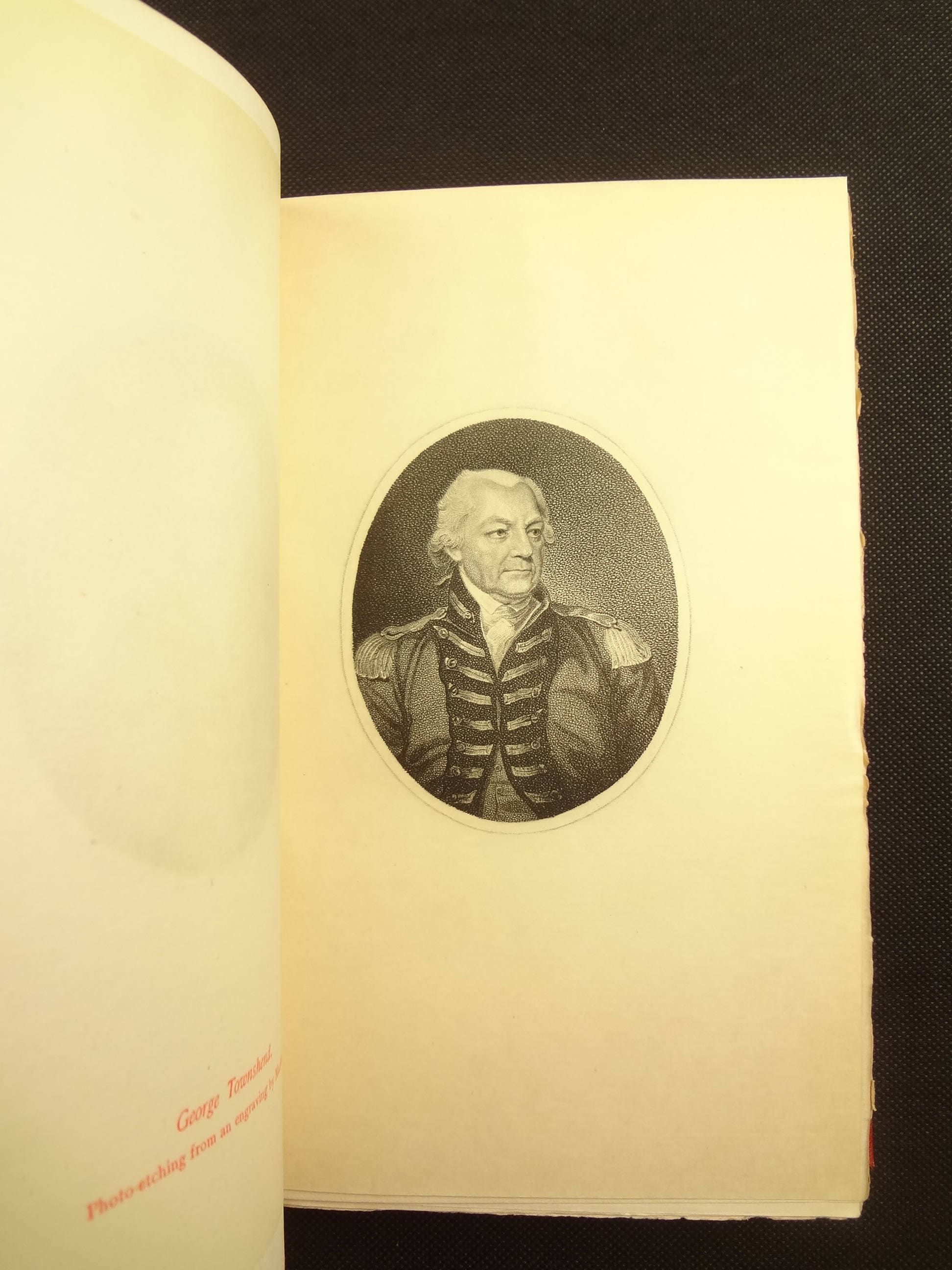 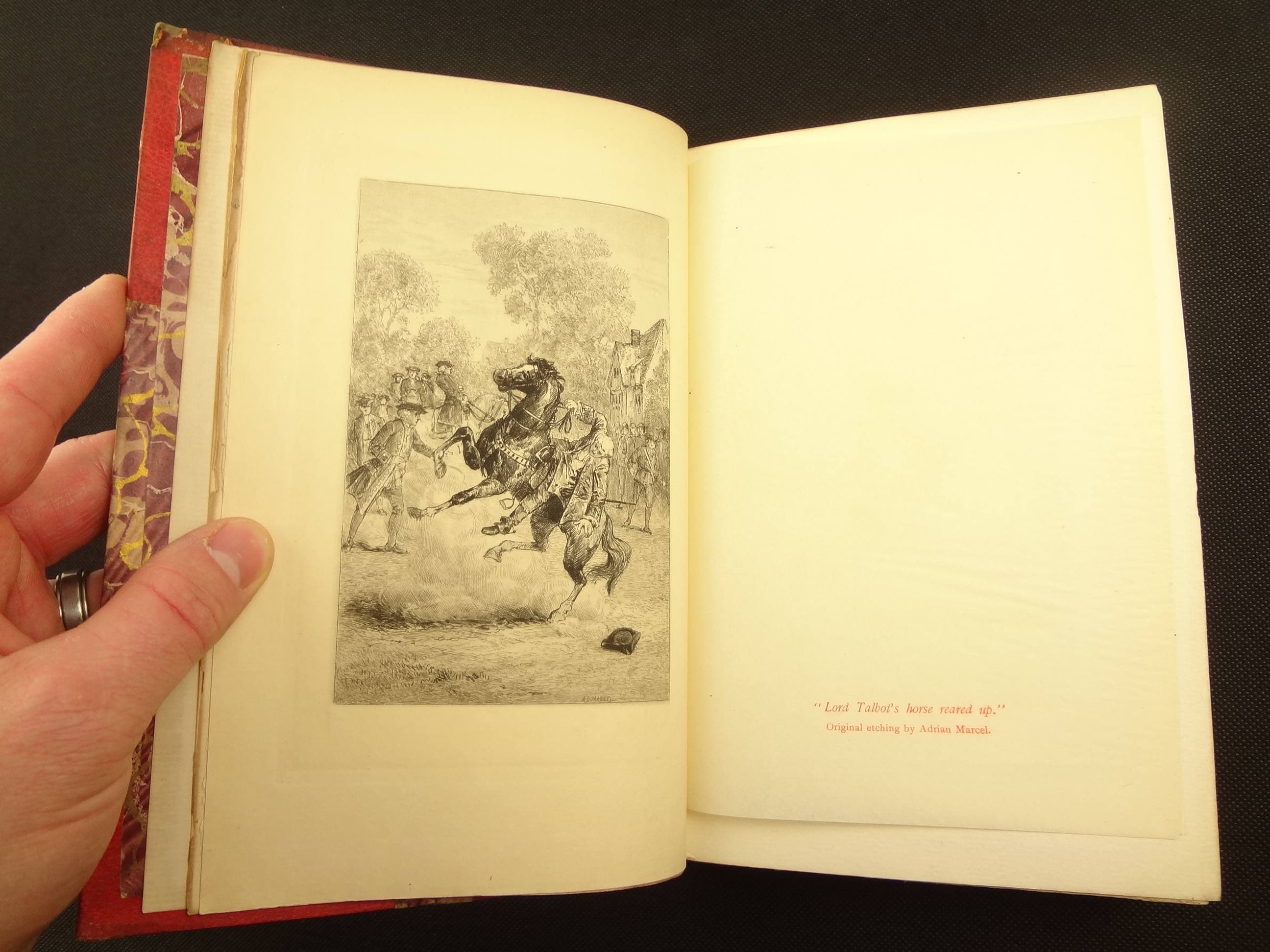 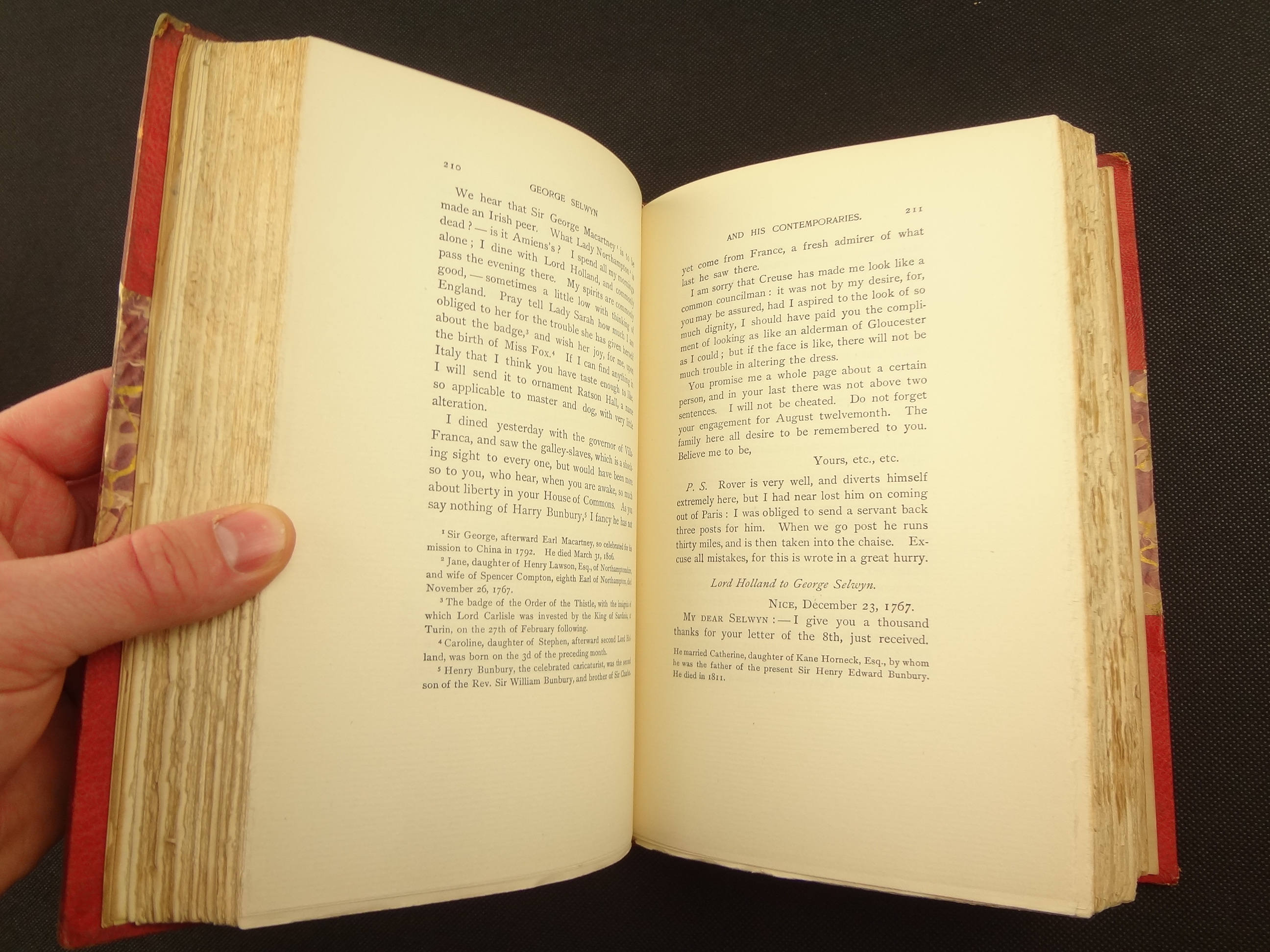 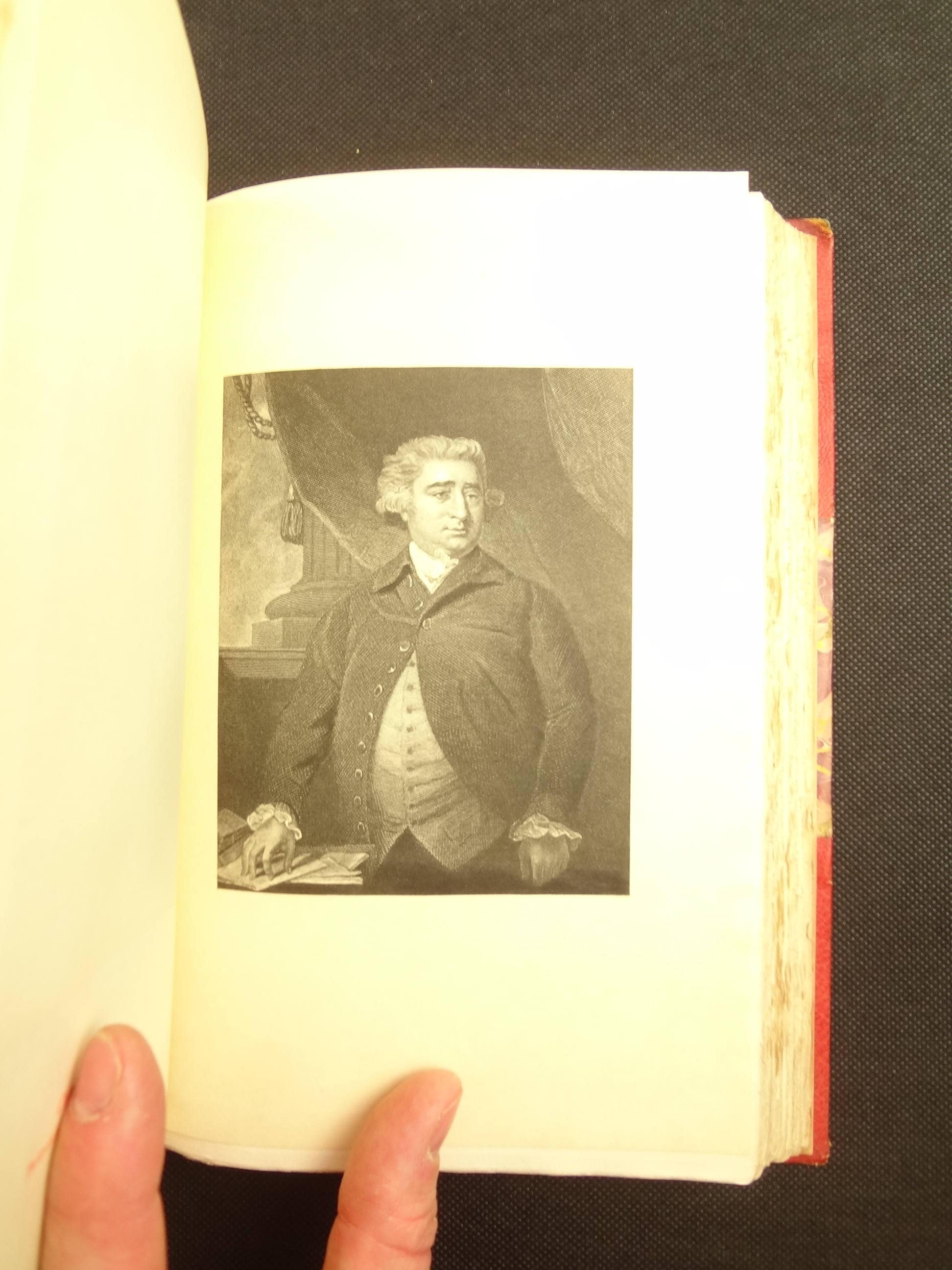 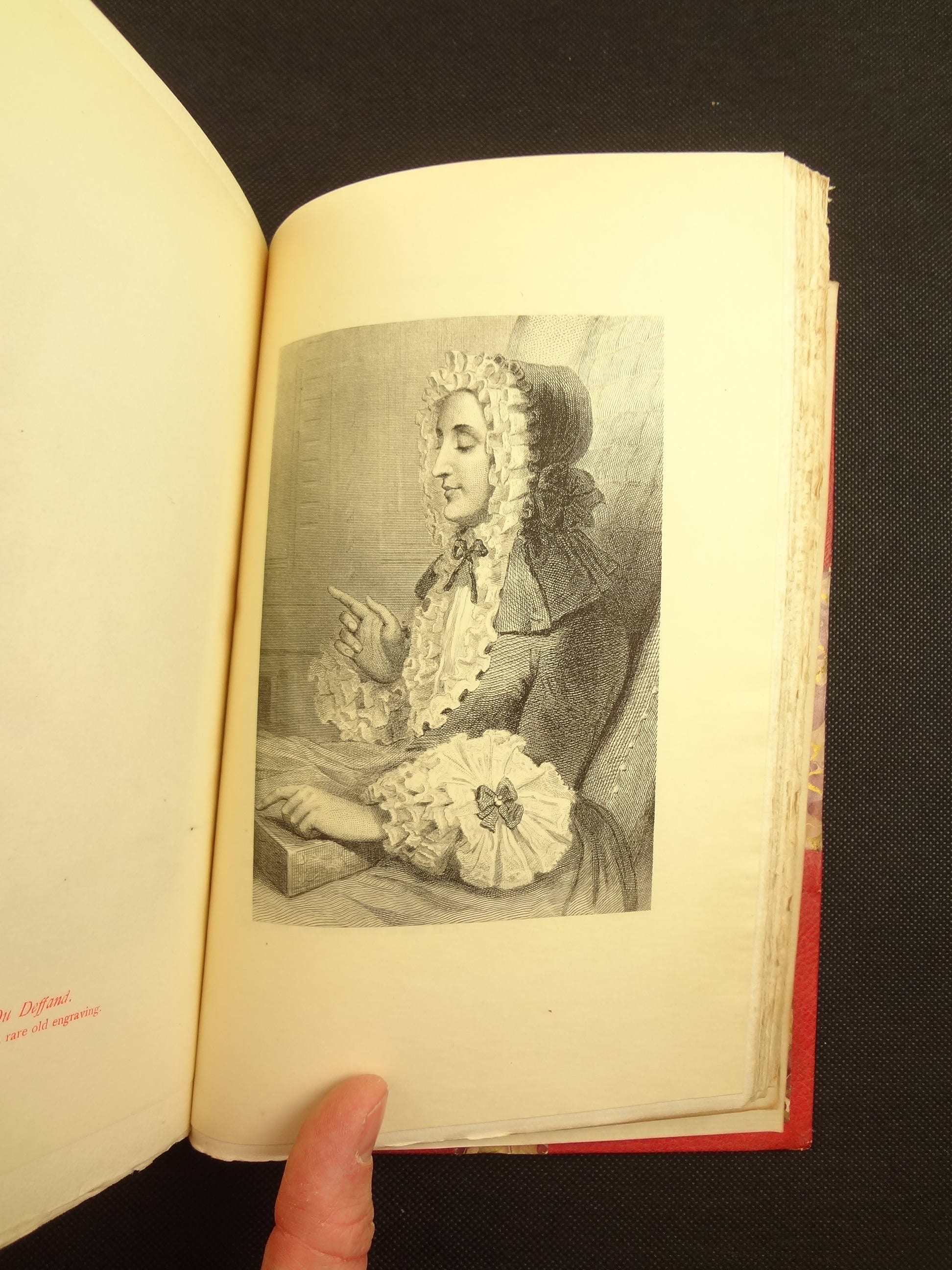 Beautifully bound and illustrated "Connoisseur Edition" of John Heneage Jesse's biography of George Selwin and his Contemporaries. Double illustrated, with one plate on paper and the other on a Japanese paper. Limited to 150 copies, this is number 39. Unfortunately volume one has some light damage (see notes below), which makes this rare and finely bound set very affordable.

About the Literature -
John Heneage Jesse’s numerous historical works are written with vivacity and interest, and, in their own style, are an important contribution to the history of England. George Selwyn spent 44 years in the House of Commons without being recorded as making a speech. He put his electoral interest, as the person who controlled both seats in Ludgershall and one in Gloucester, at the disposal of the King's ministers (whoever they might be), because he was financially dependent on obtaining (a total of three) sinecure offices and a pension, which offset his expenses of bribing the electorate, and his gambling debts. He was MP for Ludgershall in 1747–1754 and for the constituency of Gloucester 1754–1780. After he lost his interest in Gloucester, Selwyn was again member for Ludgershall from 1780 until his death in 1791. He was known for his fascination with the macabre and other forms of sexual eccentricity. When Selwyn visited a dying Henry Fox, he was refused admission. When Fox learned of this he quipped, "If Mr. Selwyn calls again, show him up. If I am alive, I shall be glad to see him, and if I am dead, I am sure he will be delighted to see me!"

See pictures. Volume one had moisture go down the front of the book which stained the front board and left a slight wave (but no moisture mark to the top of the 1st half of the text block, and it also weakened the front joint which is now largely disconnected except one binding. Also a chip at the top of Vol. 1's rear board. Pencil bookseller notes to front blank endpaper. All four volumes have some shelf wear with occasional marks to boards and spines and corner and edge rubbing. No other writing or notes. Paper white and bright, margins wide, tissue guards in place.