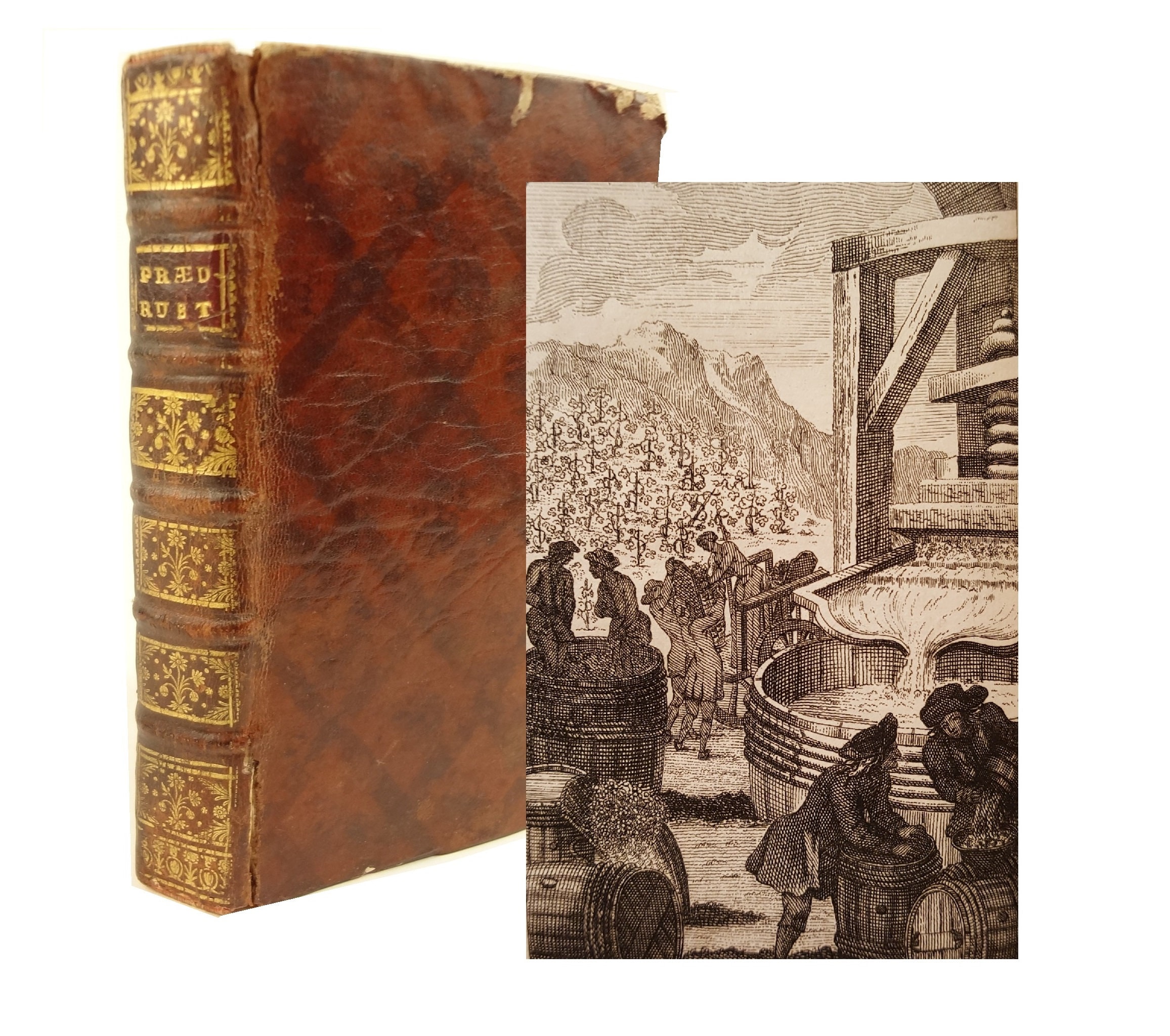 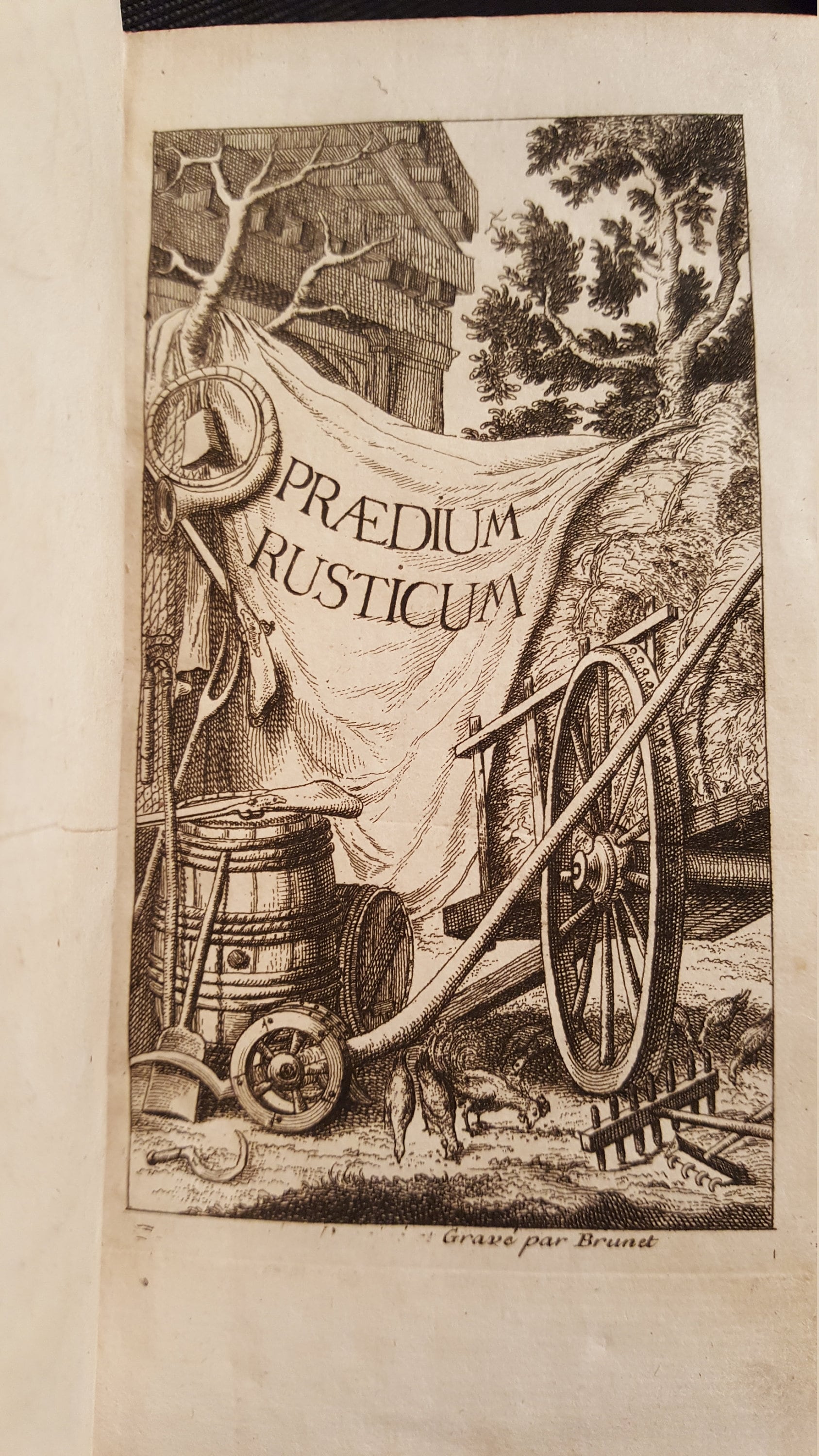 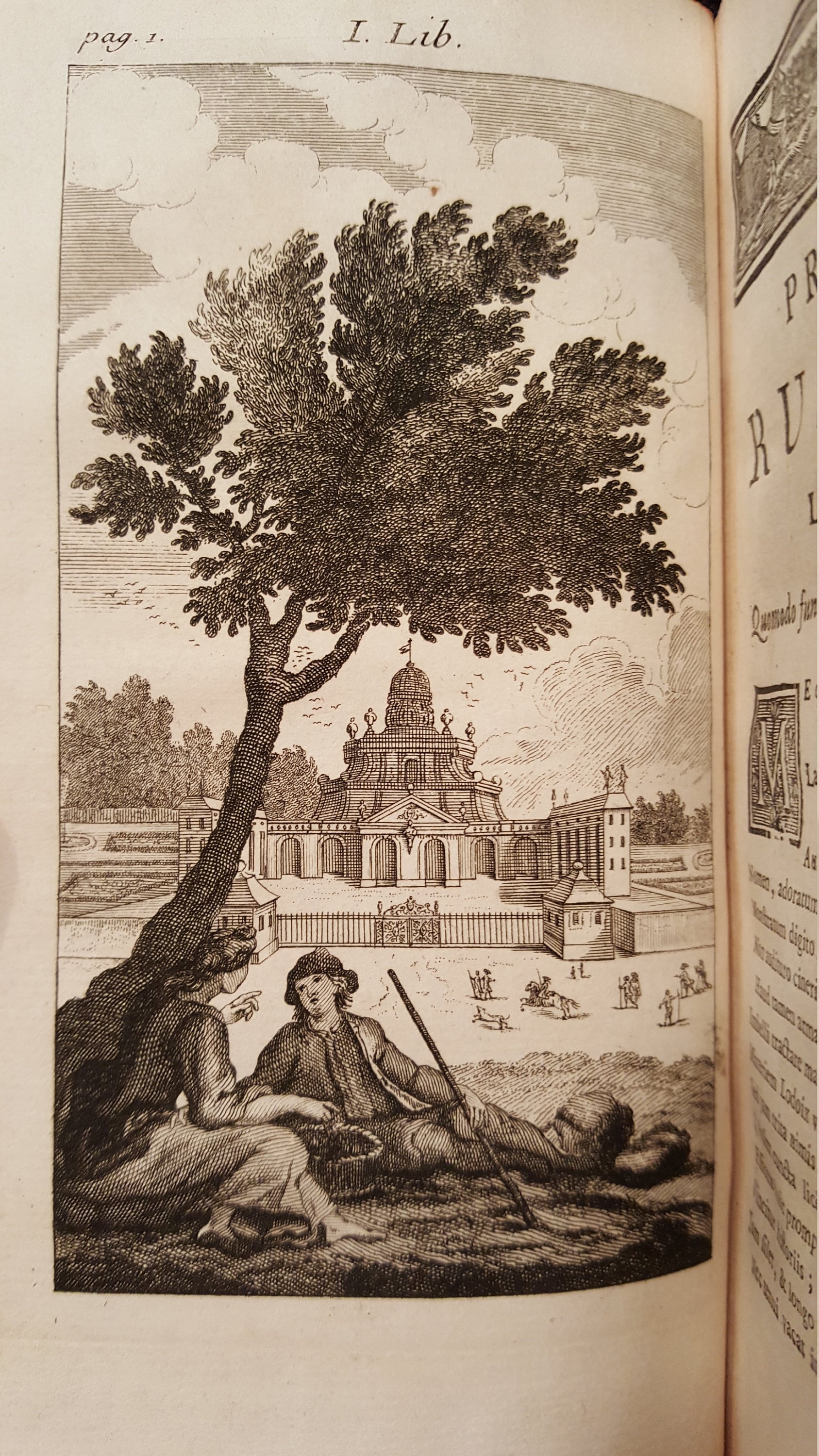 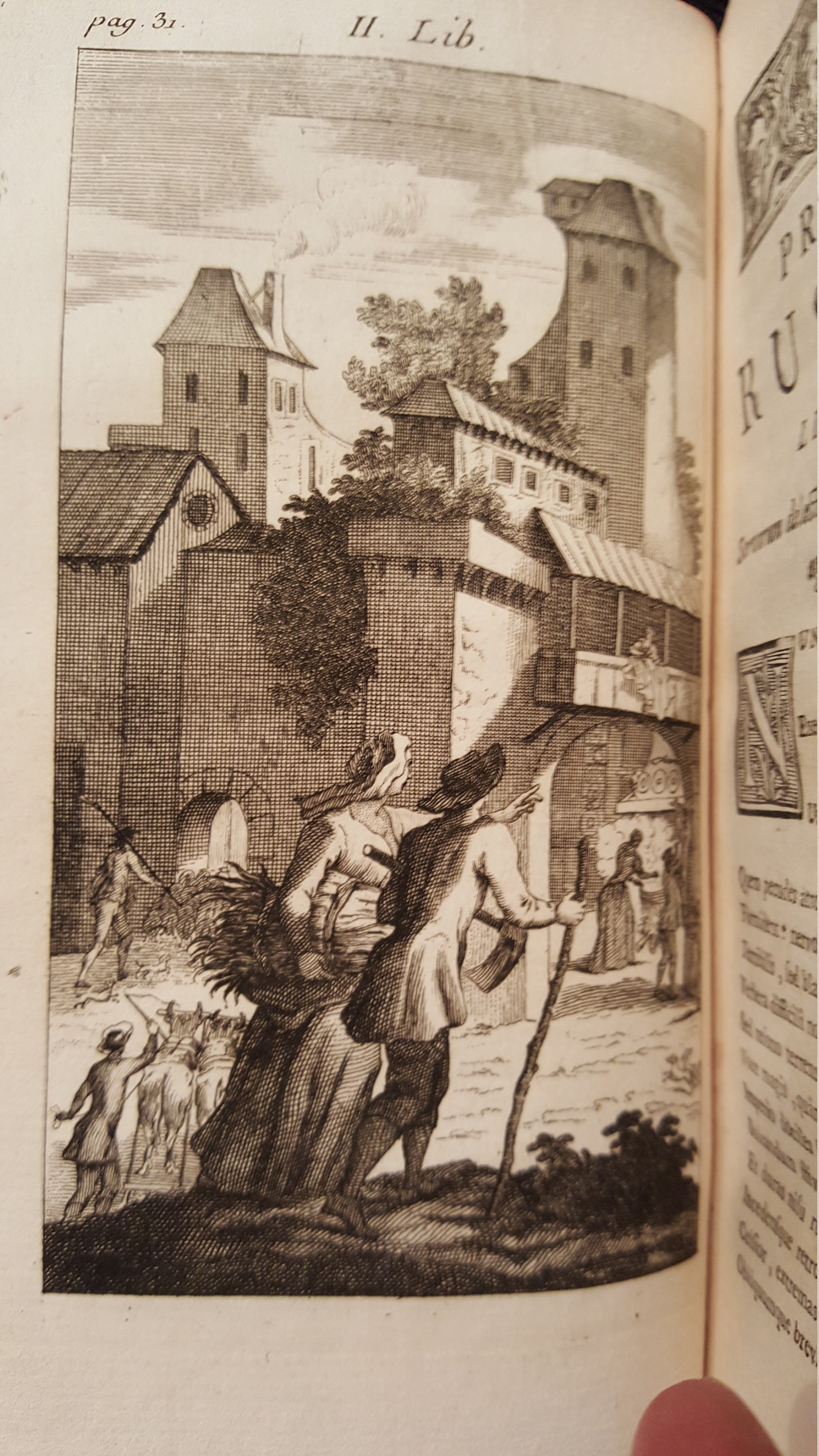 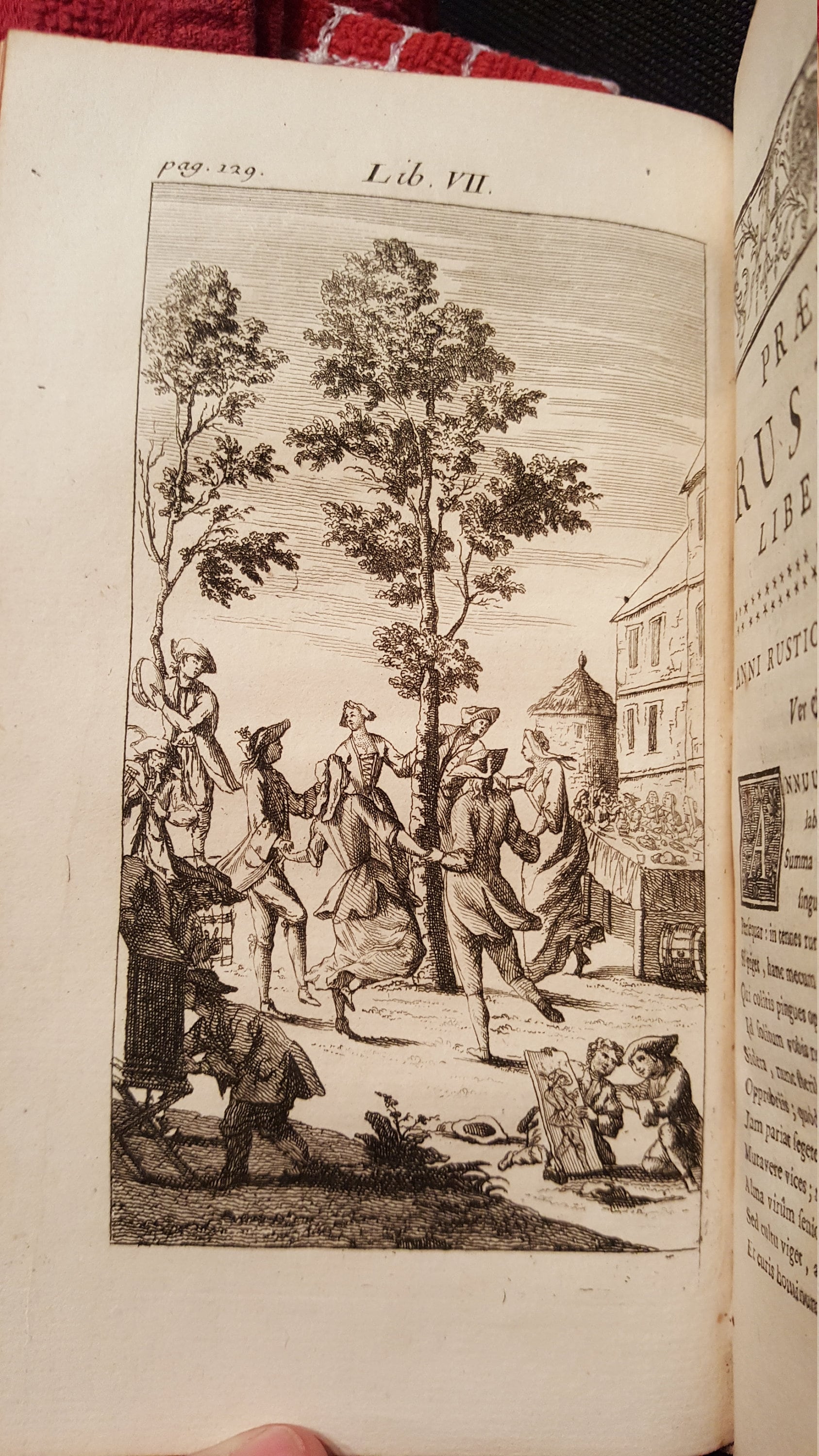 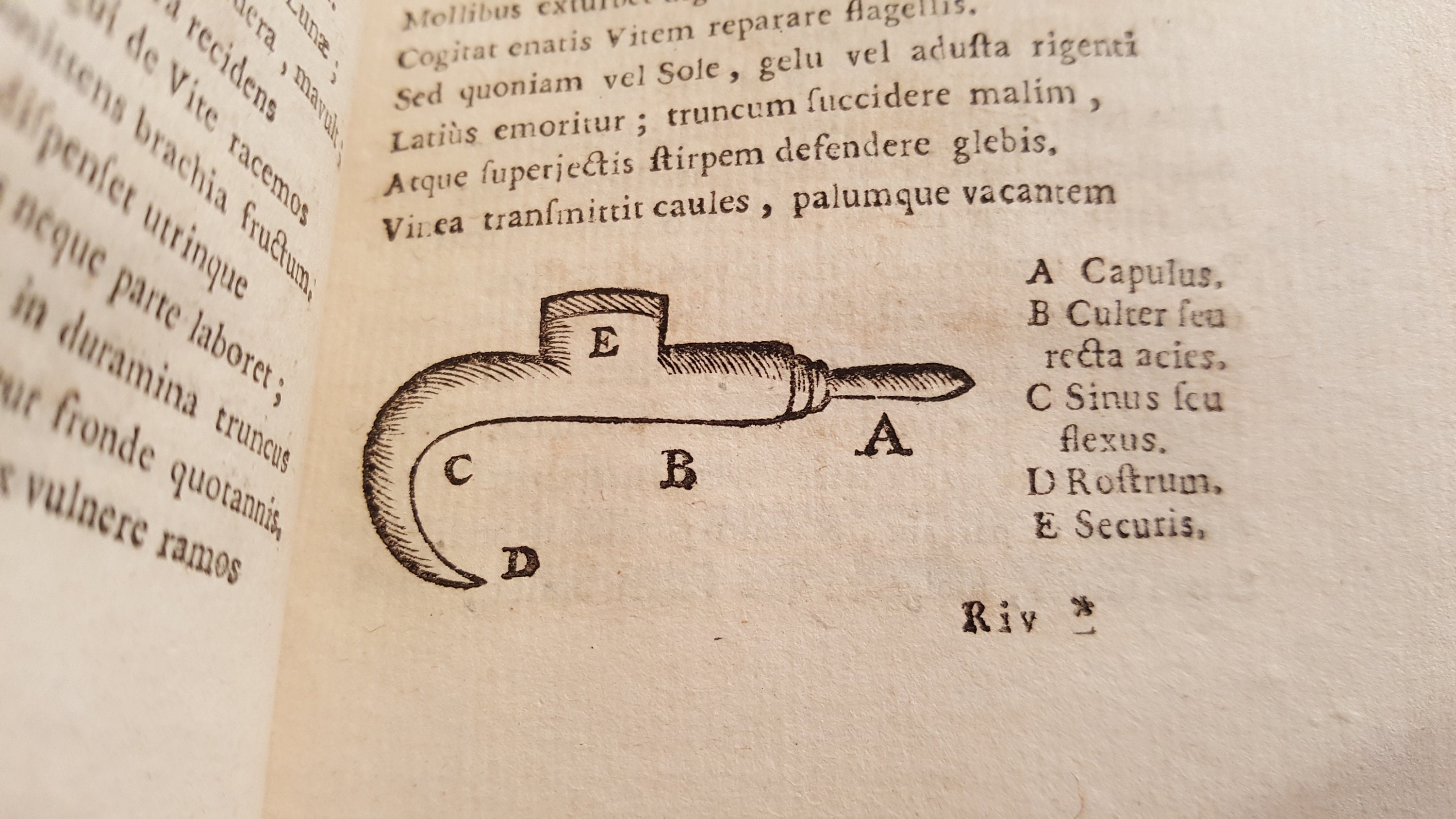 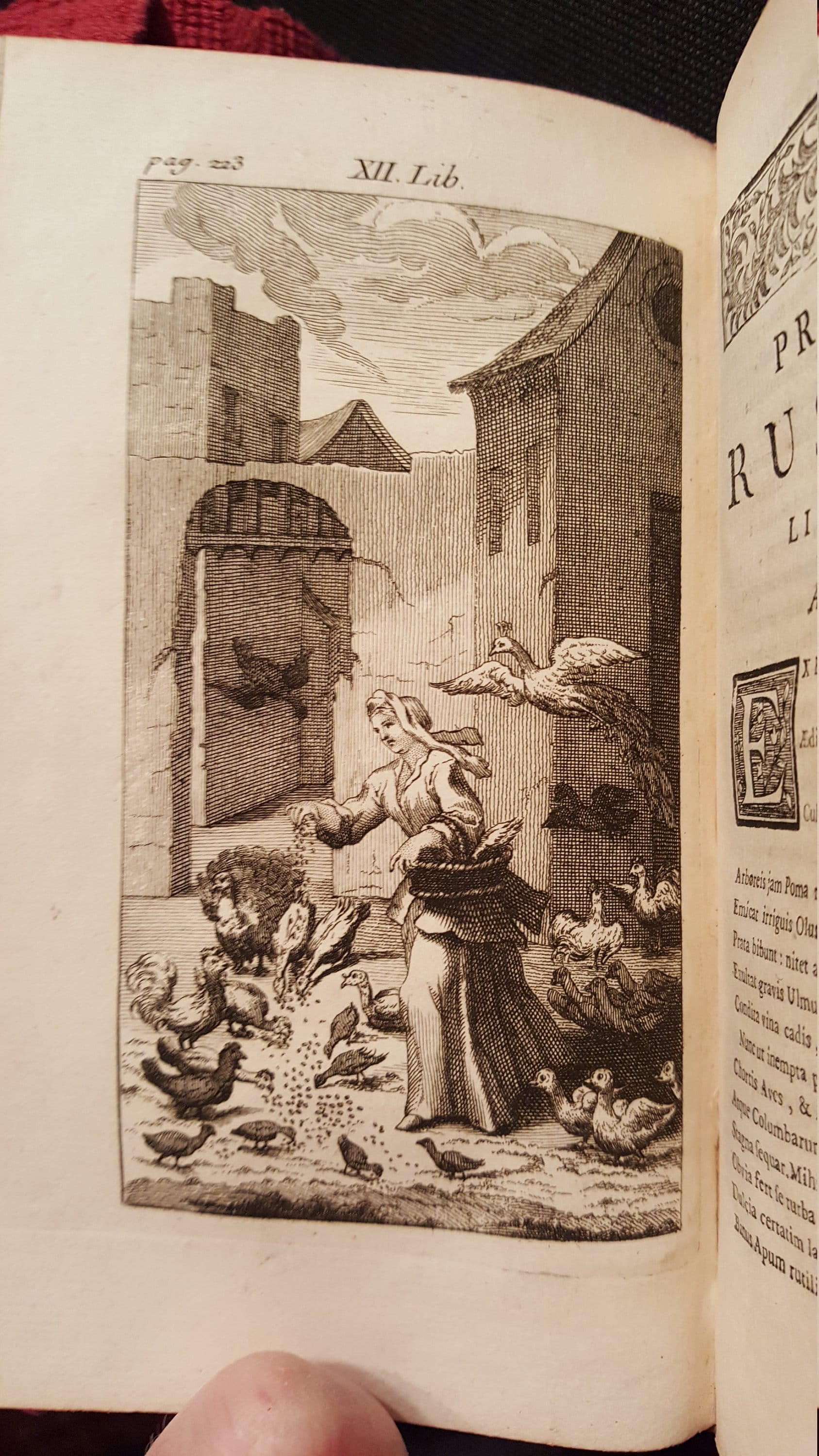 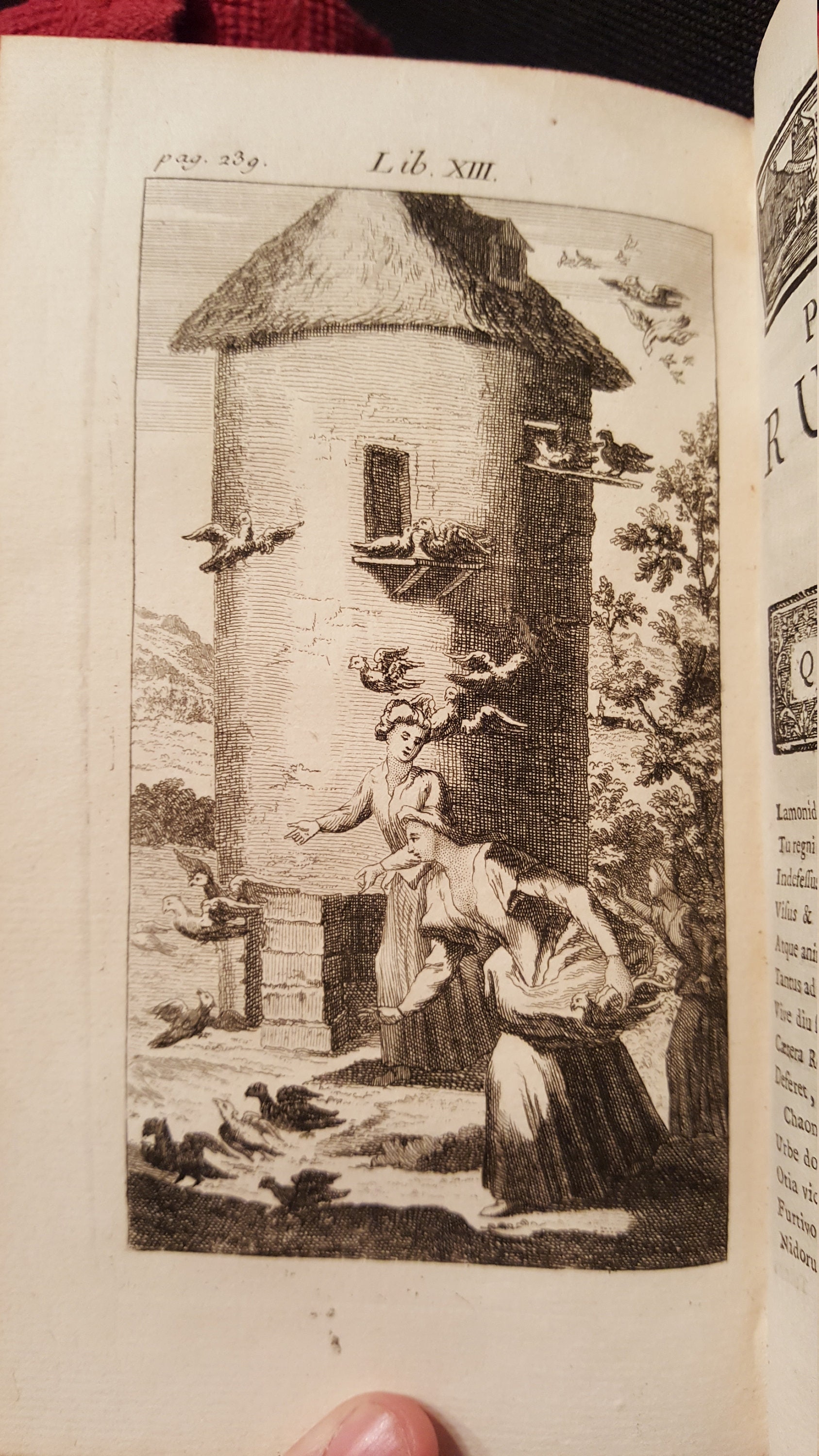 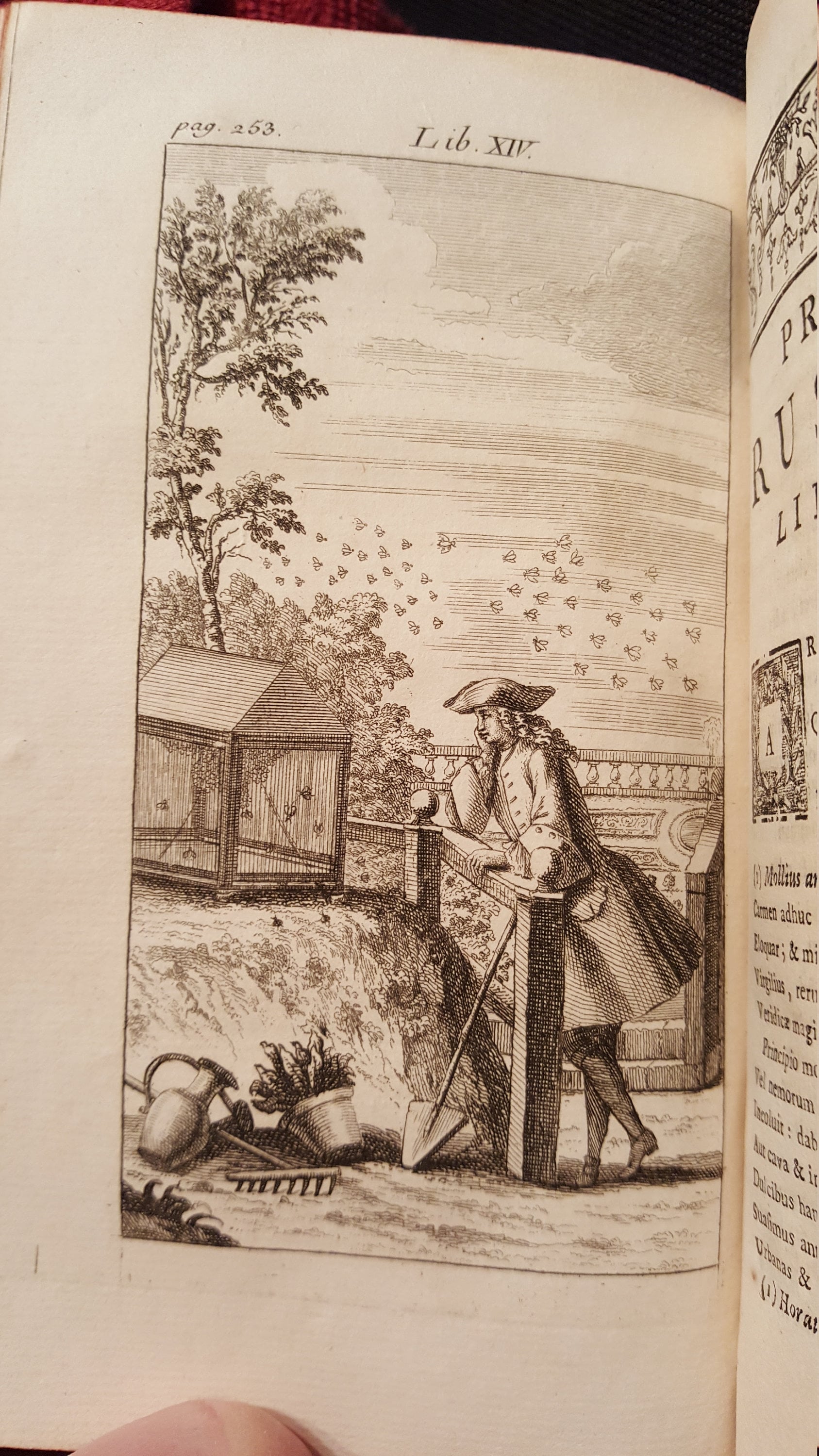 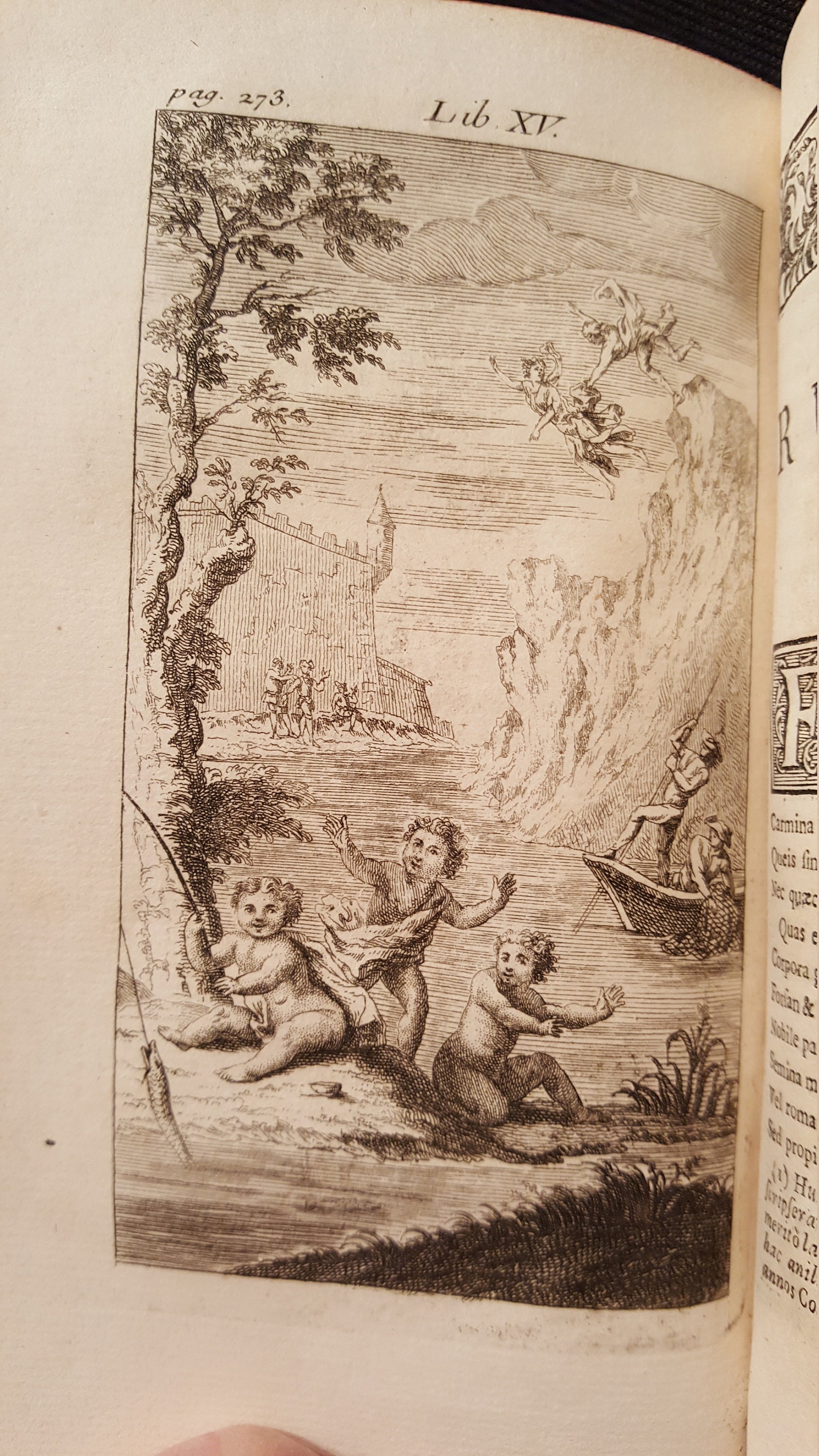 A handsome french binding, housing a beautiful antiquarian work praising the countryside, with 17 equally attractive woodcut illustrations. Praedium Rusticum , in 16 books, where Jacques Vaniere sings the work and the pleasures of the countryside. "In this poem, he has approached the skill of the author of the Georgics, as much as could any modern." - Universal Dictionary of History and Geography 1878

Jacques Vanière was a Jesuit priest and poet born March 9, 1664 in Causses within the diocese of Béziers. He studied under a Jesuit priest, Father Joubert. Vanière developed into a strong writer under Joubert's tutelage infusing his poetry with a deep admiration and respect for the countryside, which he inherited from his parents. Vanière entered the Jesuits to continue his study of the humanities and to teach students of his own. Vanière gained prominence in France when he published two poems: Stagna and Columbae. However, Praedium Rusticum is considered his greatest poetic work. It is comprised of 16 chants in the style of Virgil's Georgics, about his beloved countryside. He died in Toulouse on August 22, 1739.

See pictures. Shelf wear with edges worn, joint cracks, one wormhole on rear board. Blank endpaper stamped and small pen note at top of page. Title page has black dot at top edge. Second page i, is chipped at the bottom right corner (no text). Pages 13-23 have a moisture mark at the top gutter, which does touch the text. Page 298 to the end has toning. There is an occasional spot throughout. Rear endpapers have ink gall notes at the top (circa three words each) that are eating into the paper. Overall, a handsome book, filled with beautiful woodcuts.