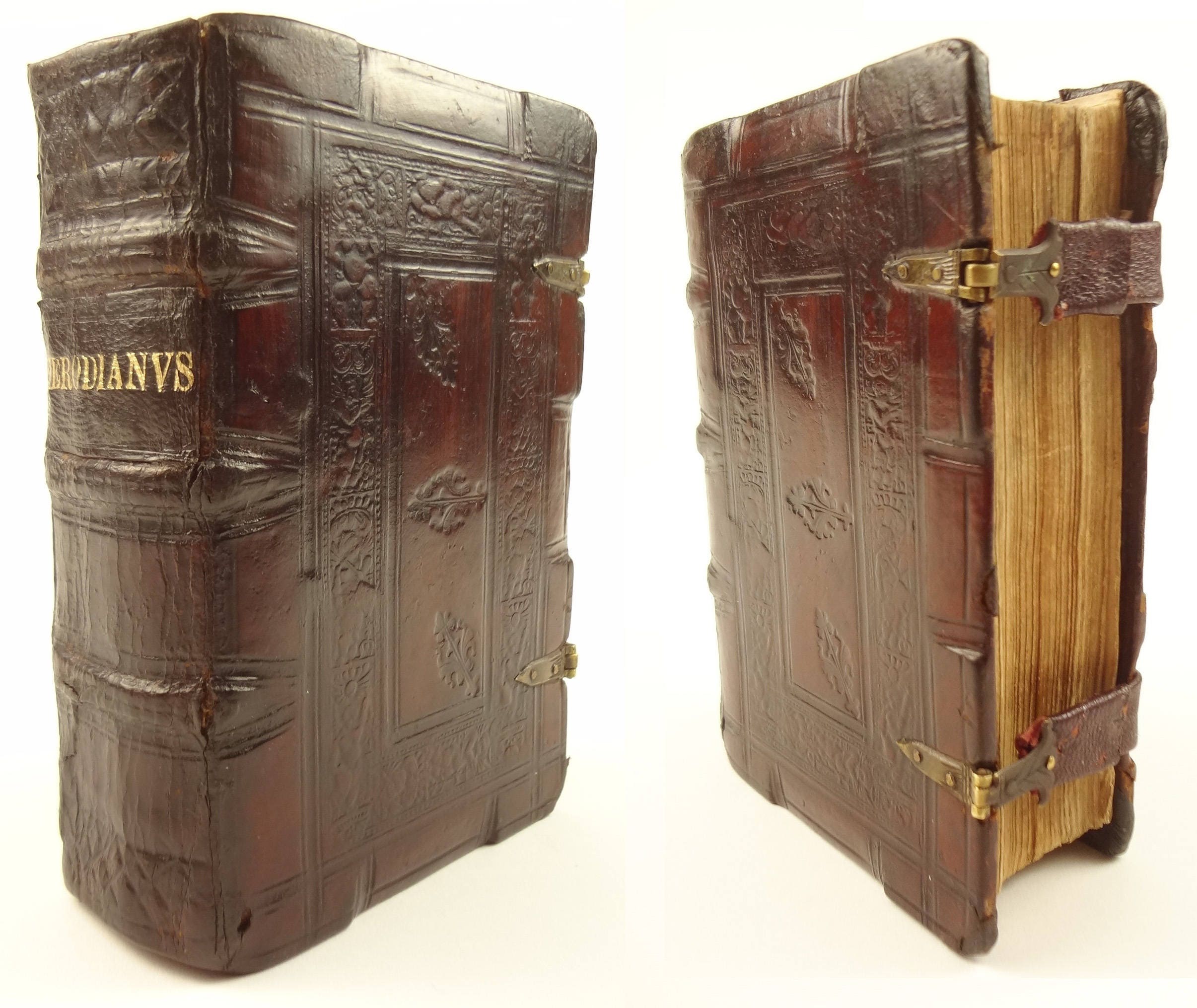 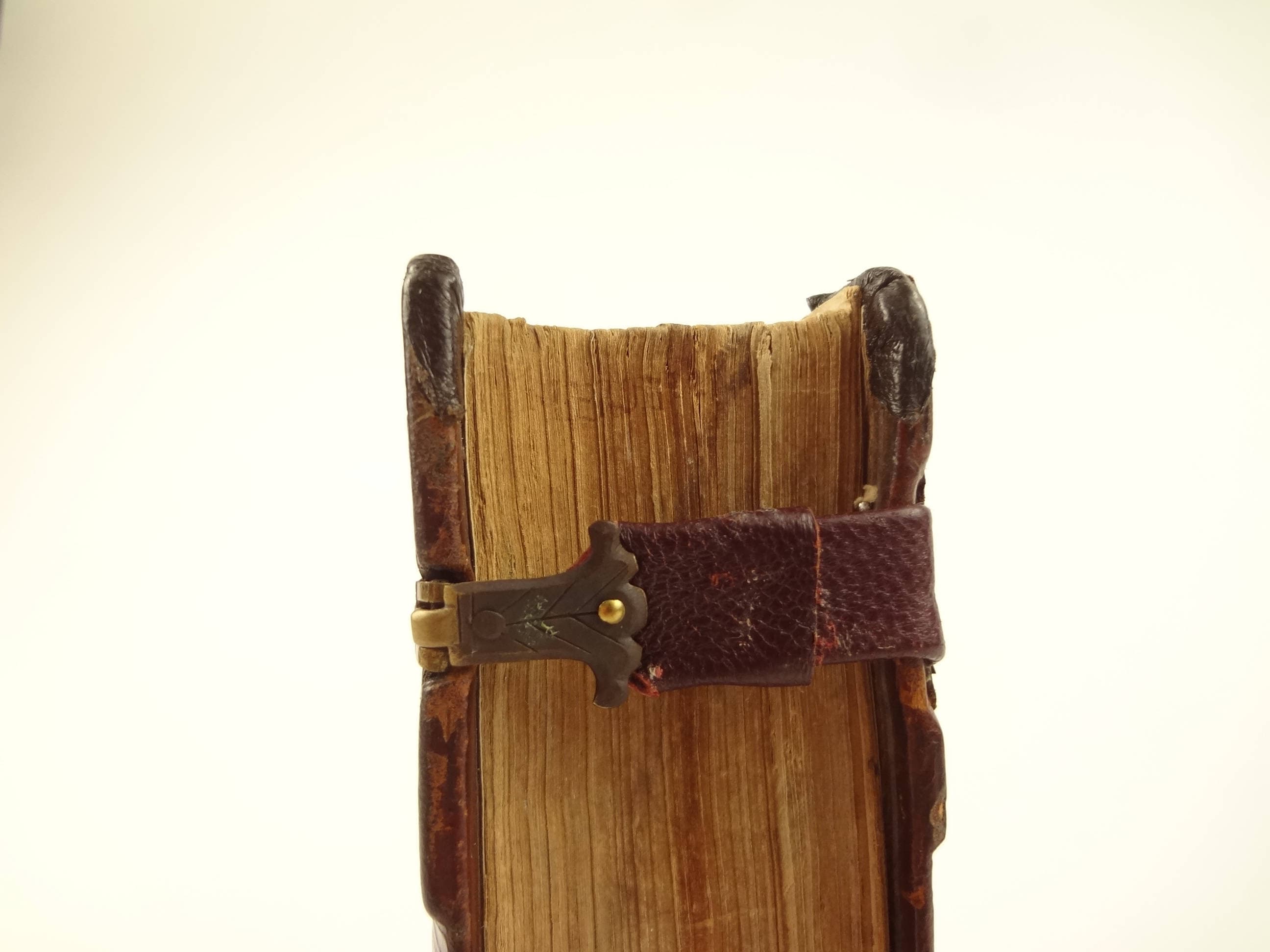 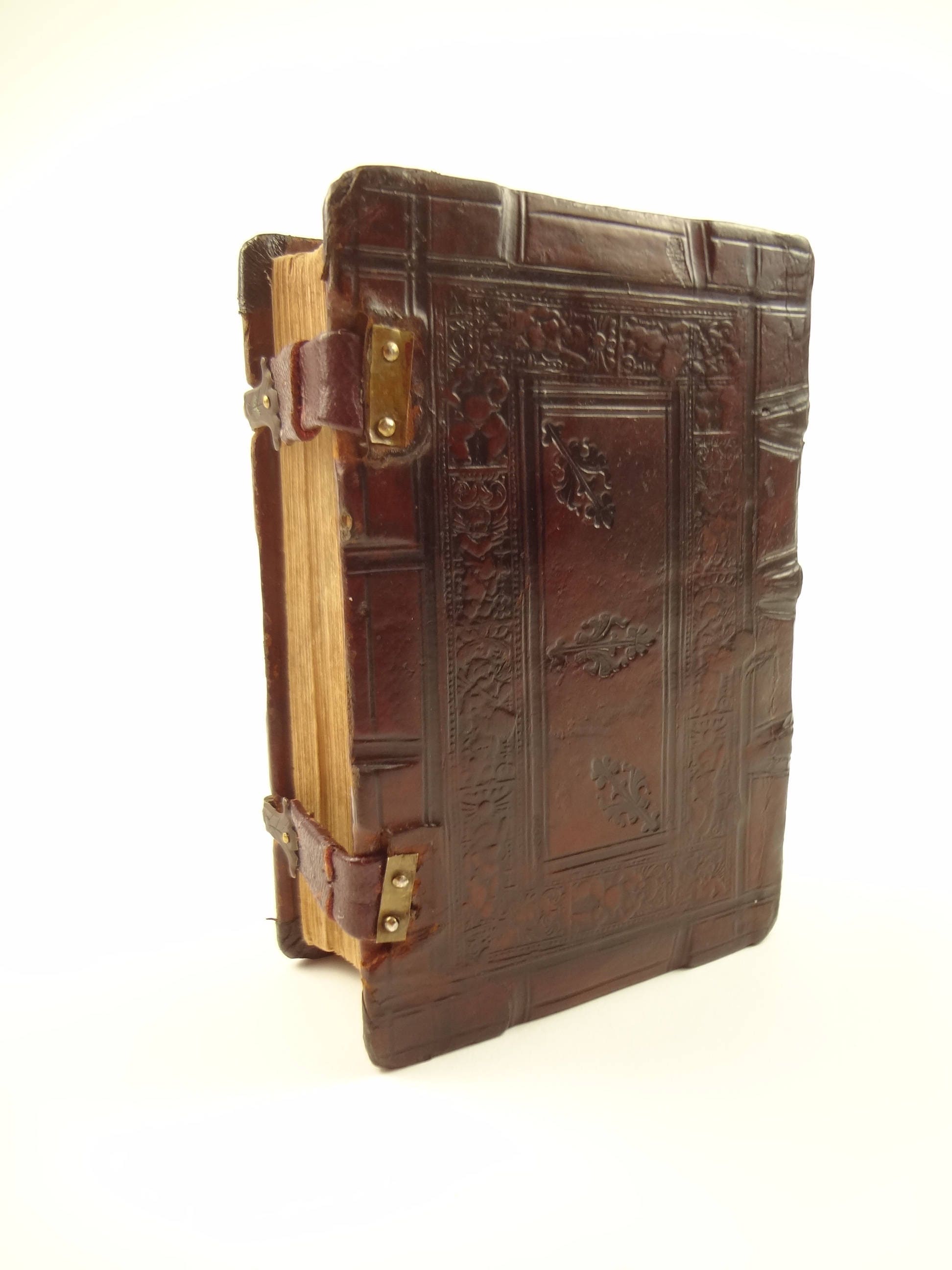 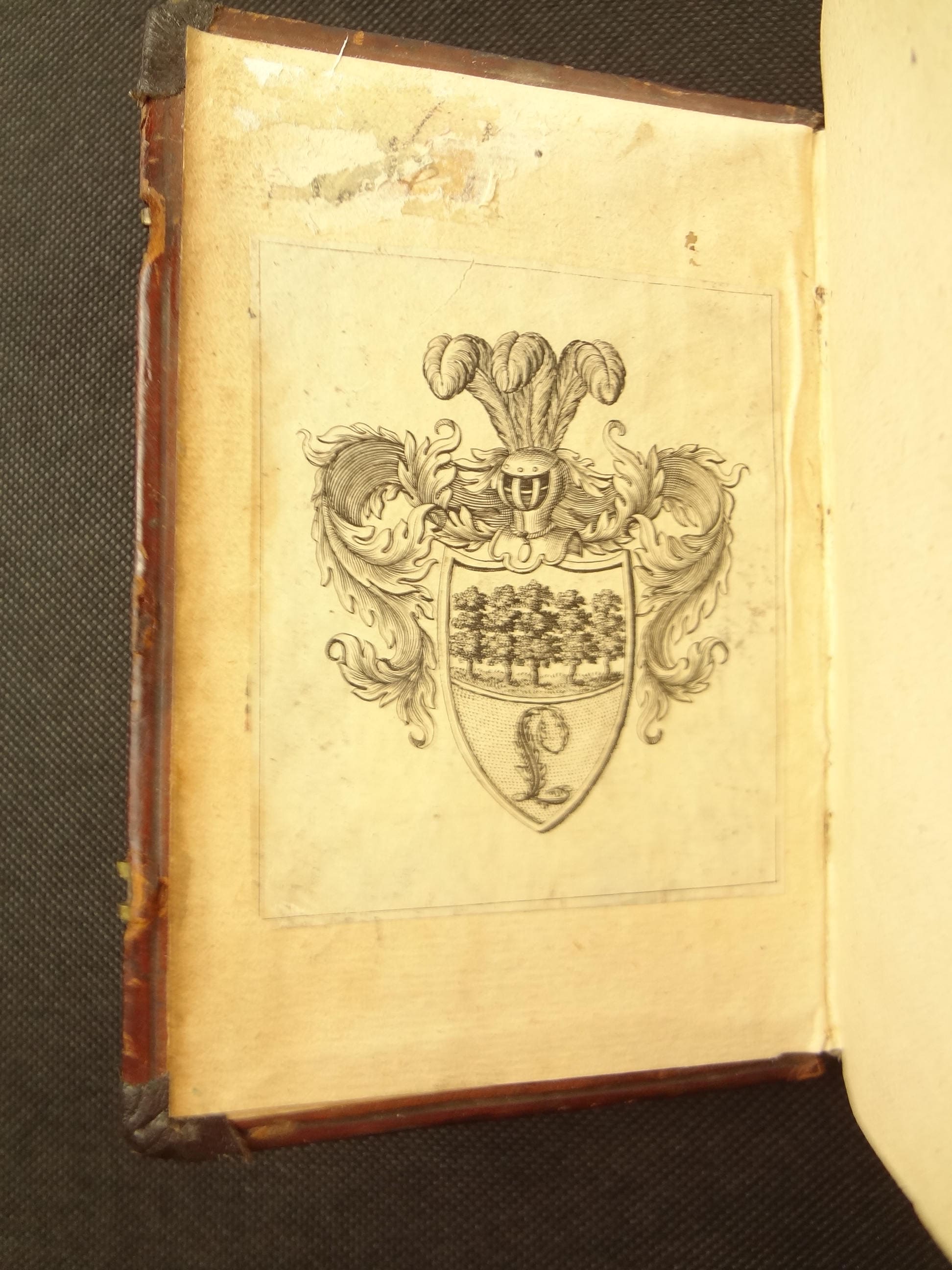 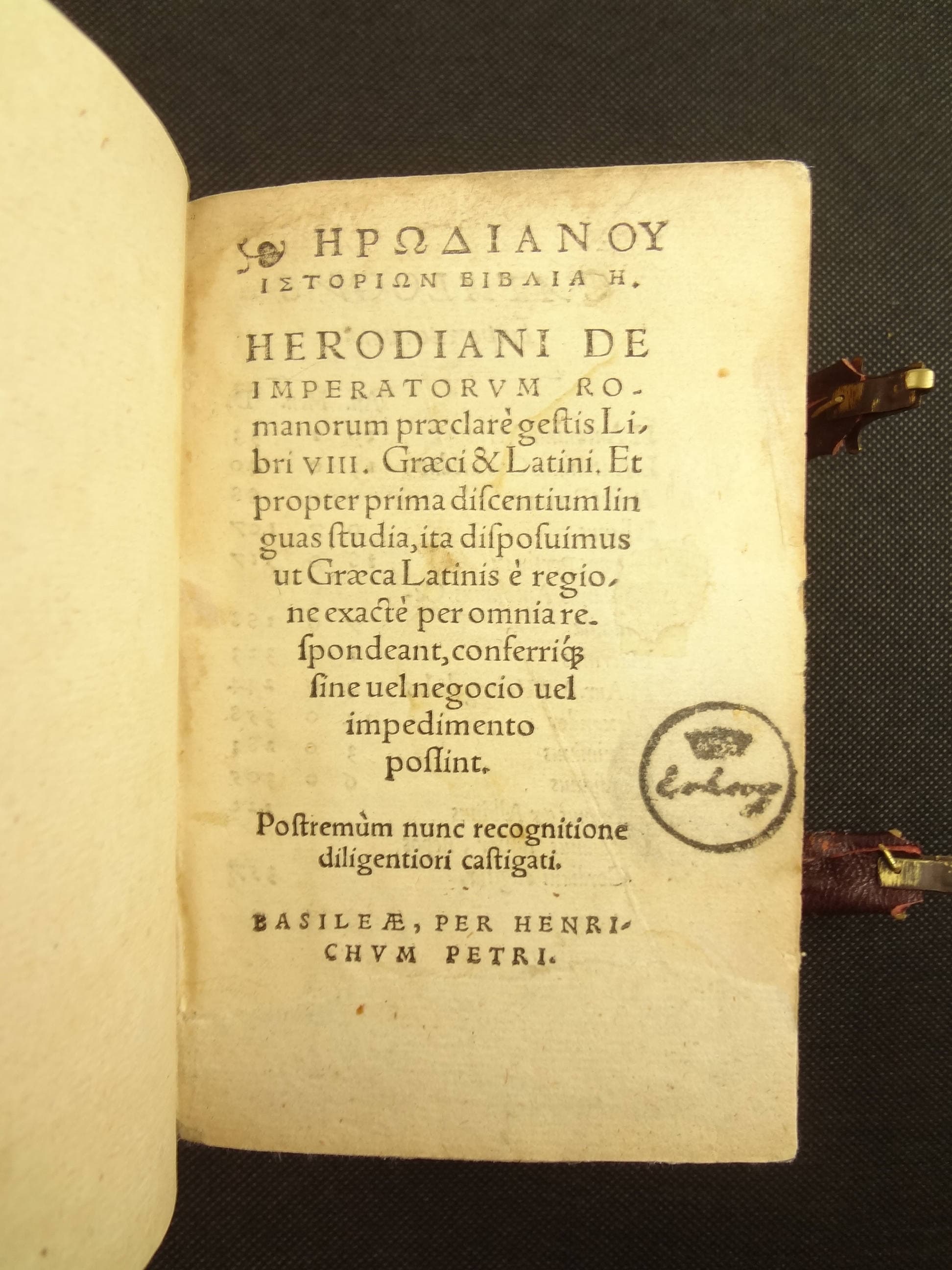 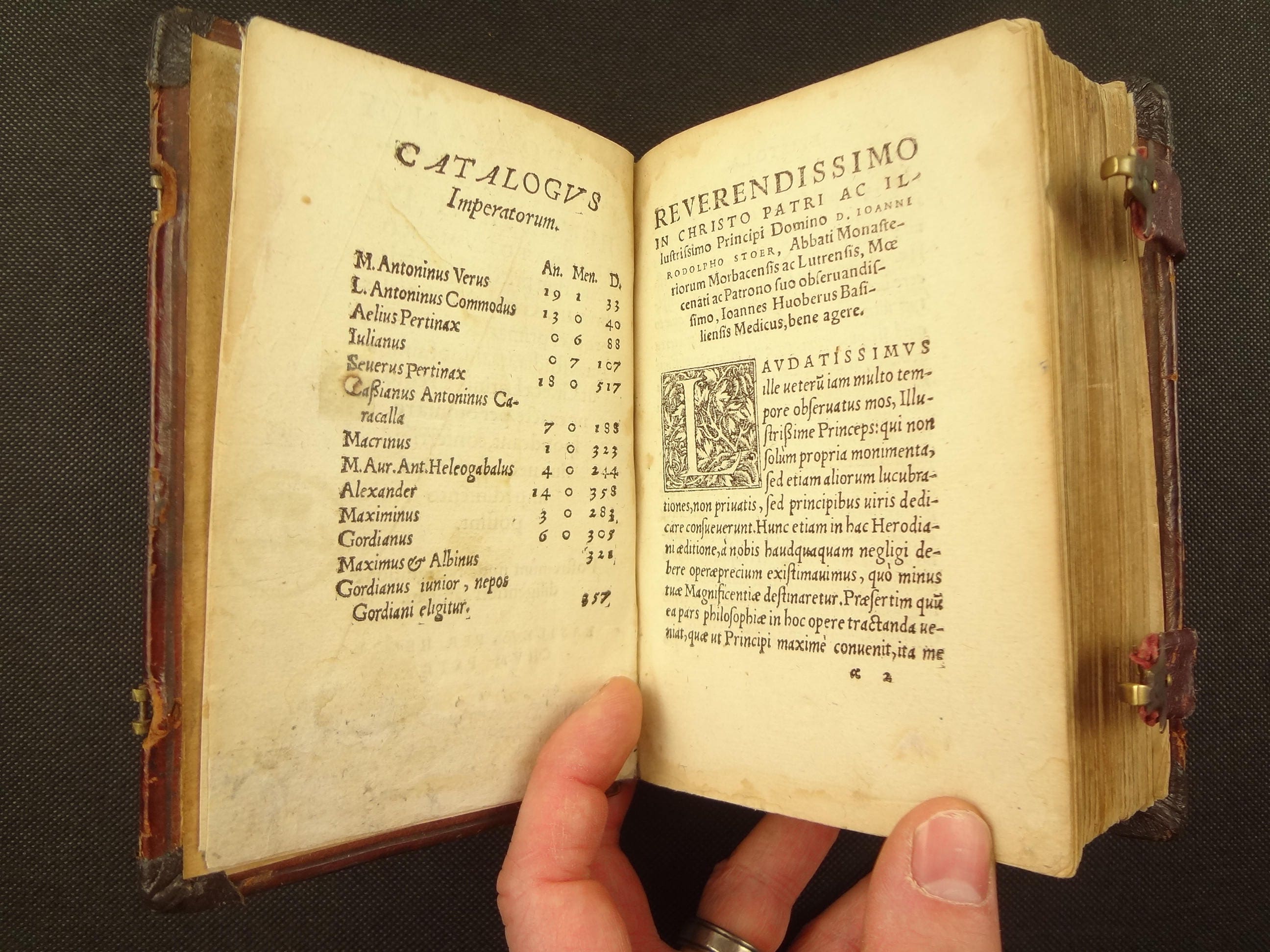 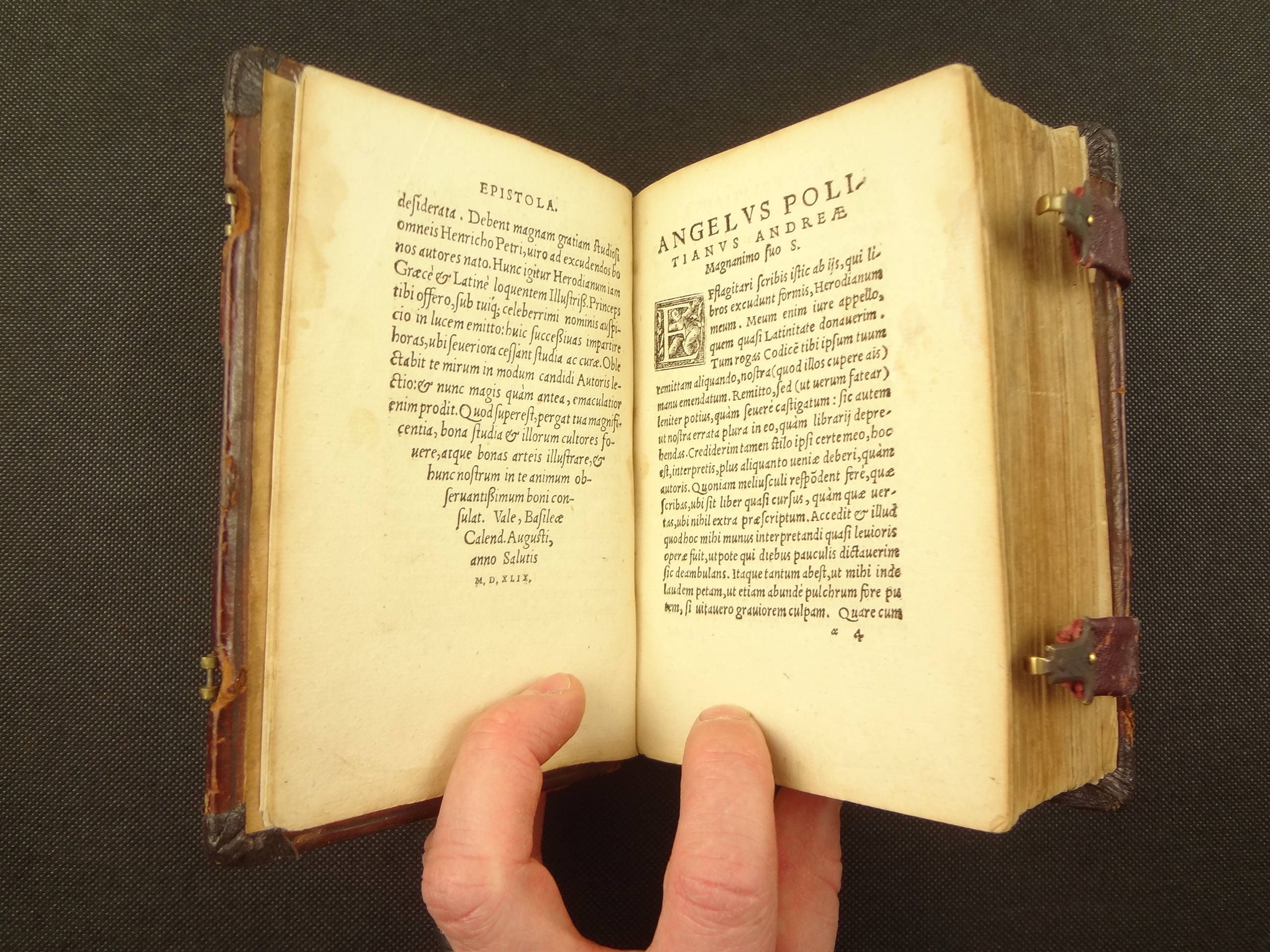 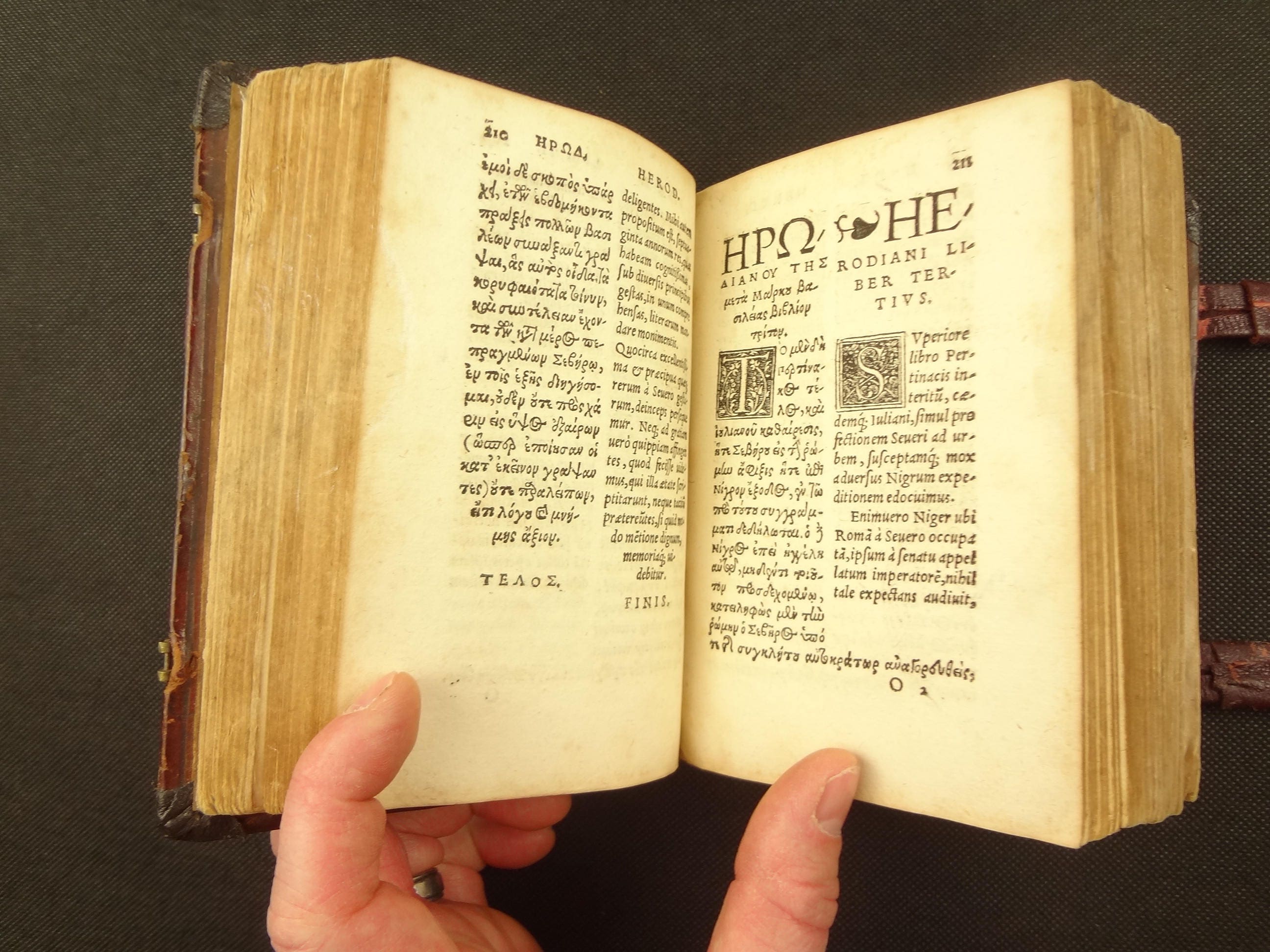 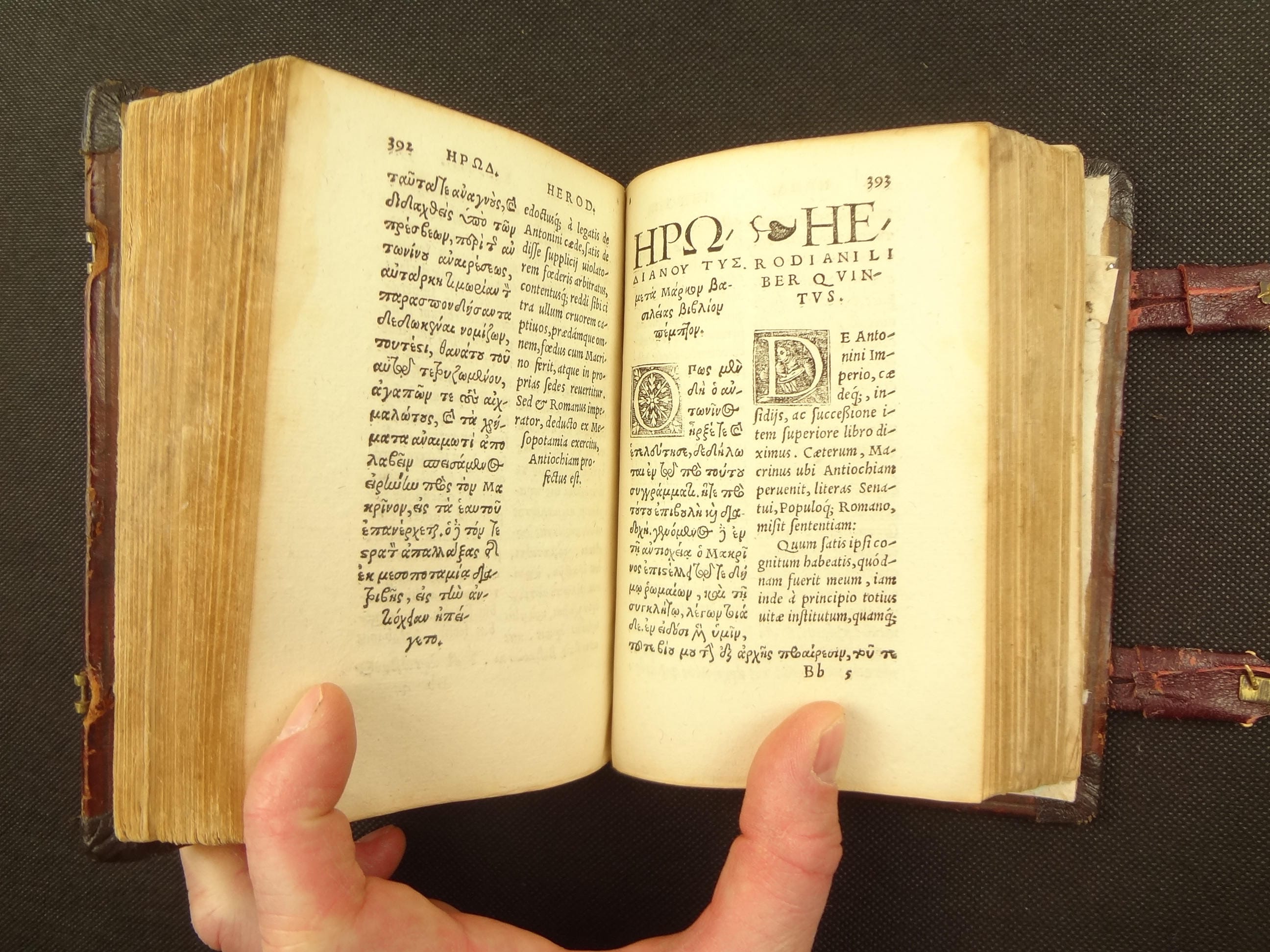 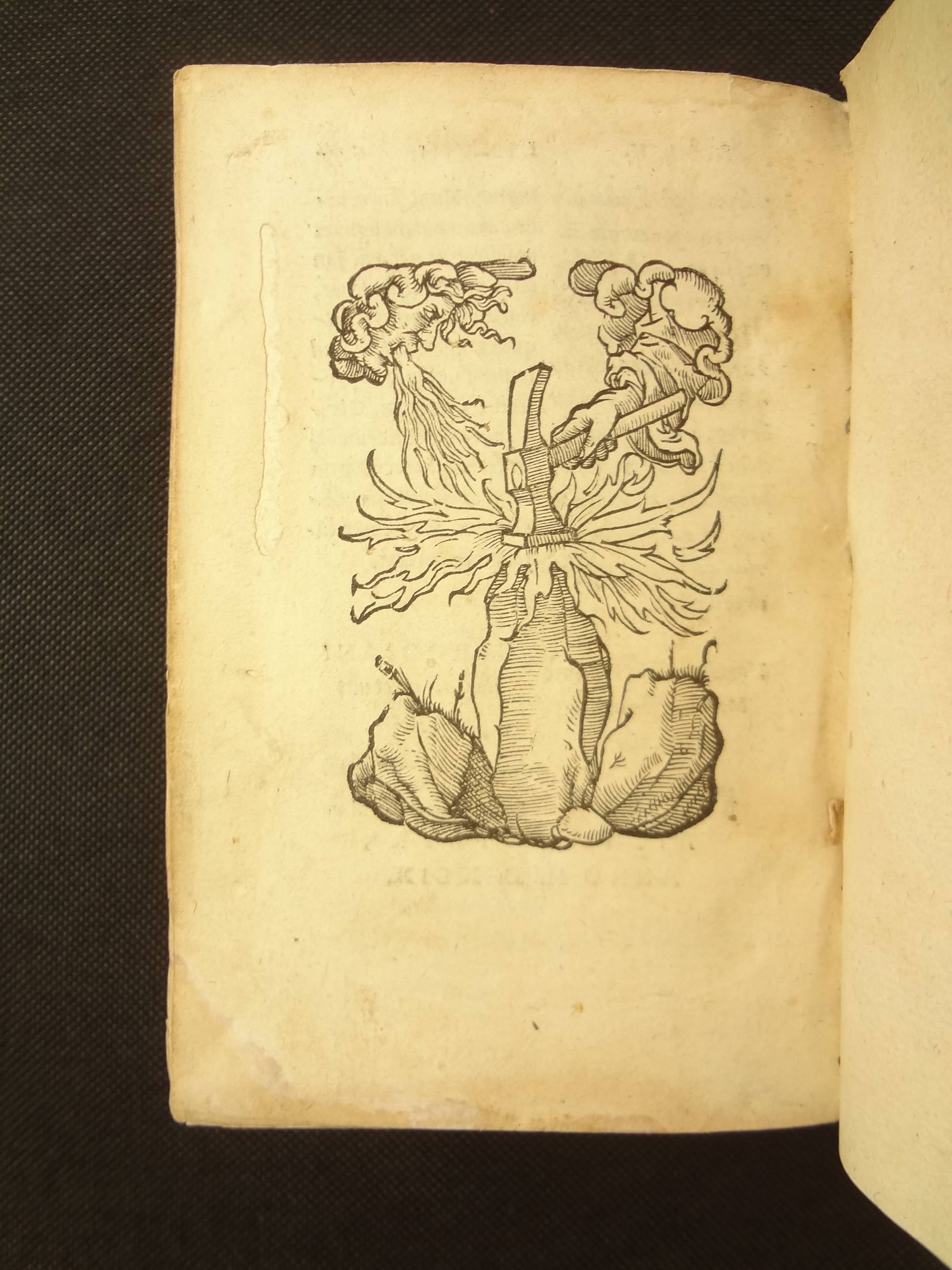 The third Petrus edition (completely redesigned) of Herodian's history of the Roman Empire, complete in all eight books, bound in period beveled boards (joints/corners/straps restored respectfully), with some provenance. Beautifully laid-out and printed by the well-known Basel printer Henricus Petrus, and with his handsome printer's mark; "Henric Petri has a mark of quite a unique character, representing Thor's hammer, held by a hand issuing from the clouds, striking fire on the rock, while a head, symbolizing wind, blows upon it." (p. 166, Printers' Marks, William Roberts, 1893).

About the Author & Literature -

Herodian or Herodianus of Syria, sometimes referred to as "Herodian of Antioch" (c. 170 – c. 240), was a minor Roman civil servant who wrote a colourful history in Greek titled History of the Empire from the Death of Marcus in eight books covering the years 180 to 238. He was a Greek (perhaps from Antioch) who appears to have lived for a considerable period of time in Rome, but possibly without holding any public office. Herodian writes that the events described in his history occurred during his lifetime. Photius (Codex 99) gives an outline of the contents of this work and passes a flattering encomium on the style of Herodian, which he describes as clear, vigorous, agreeable, and preserving a happy medium between an utter disregard of art and elegance and a profuse employment of the artifices and prettinesses which were known under the name of Atticism, as well as between boldness and bombast. In spite of occasional inaccuracies in chronology and geography, his narrative is mainly truthful and impartial.

There is an ex libris on the pastedown I haven't identified yet. This is an opportunity for a future owner to ply their heraldic research skills.