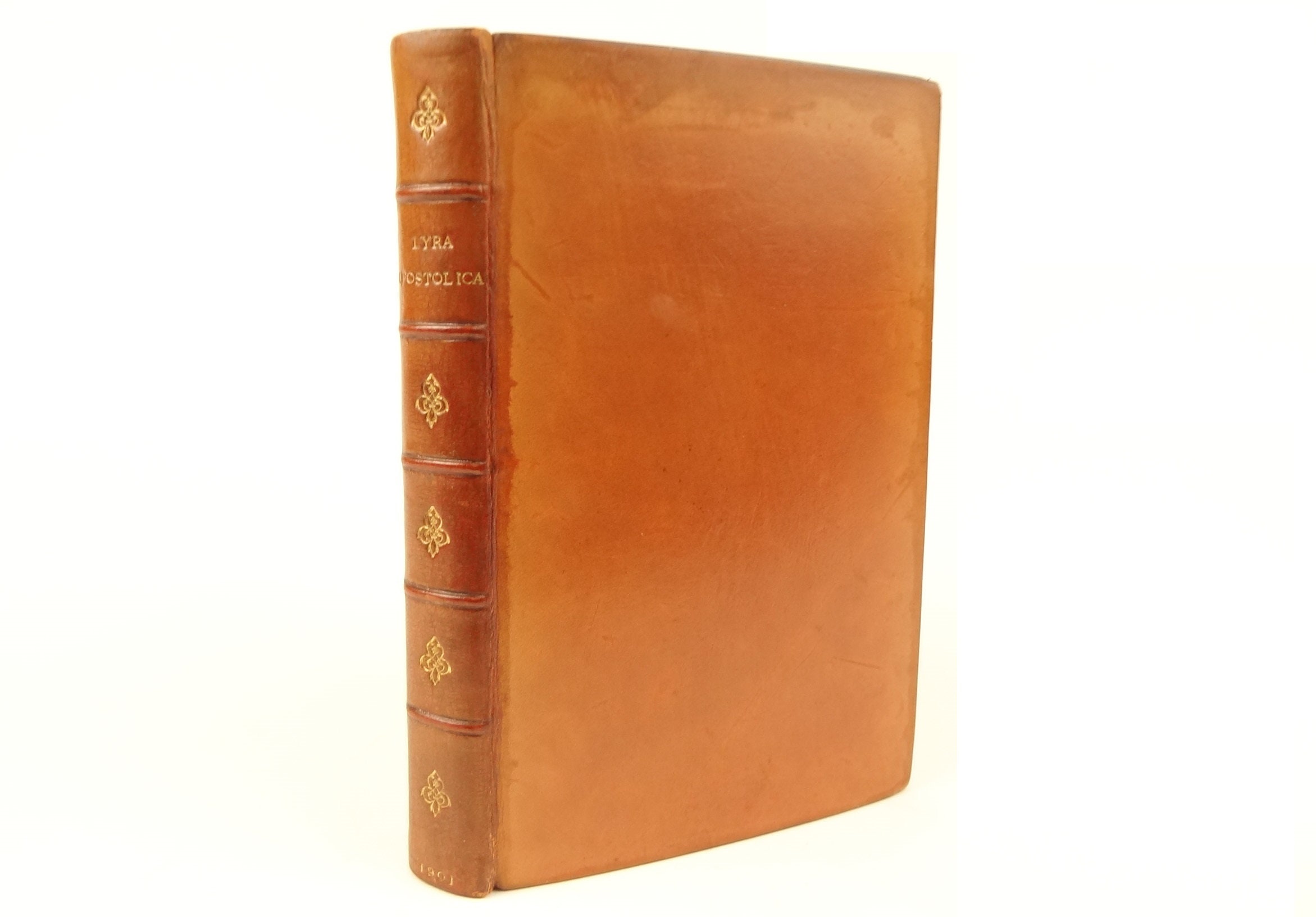 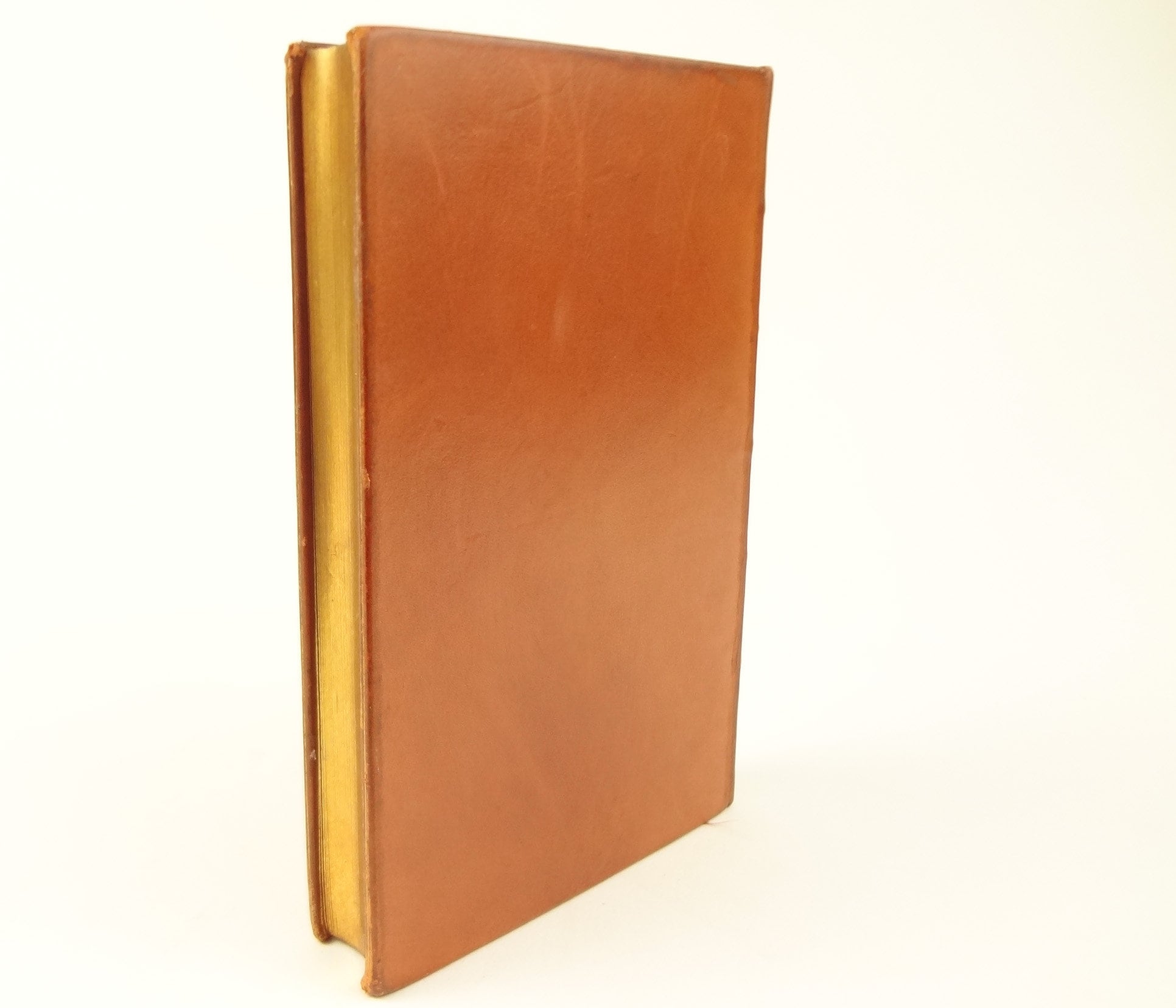 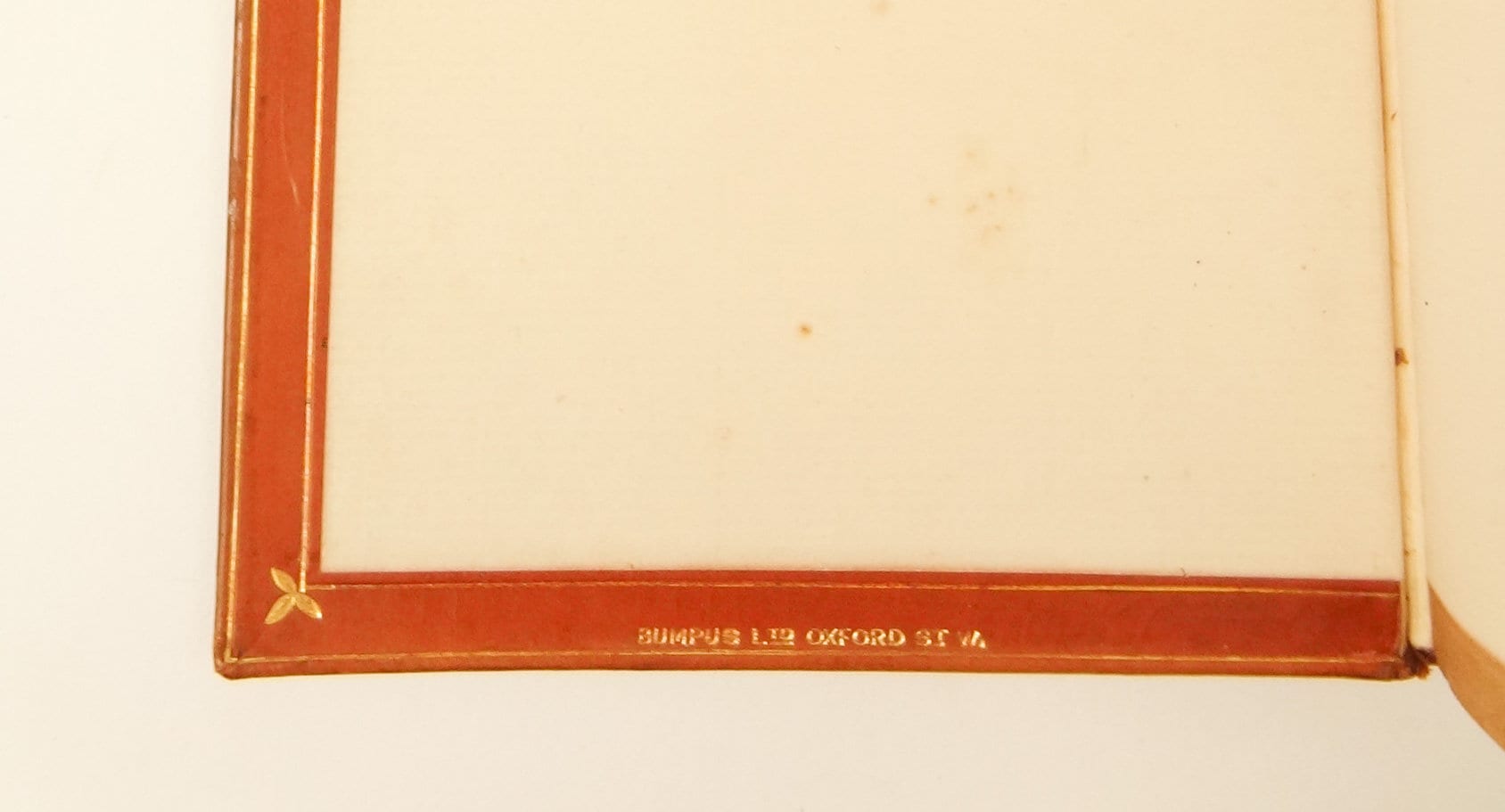 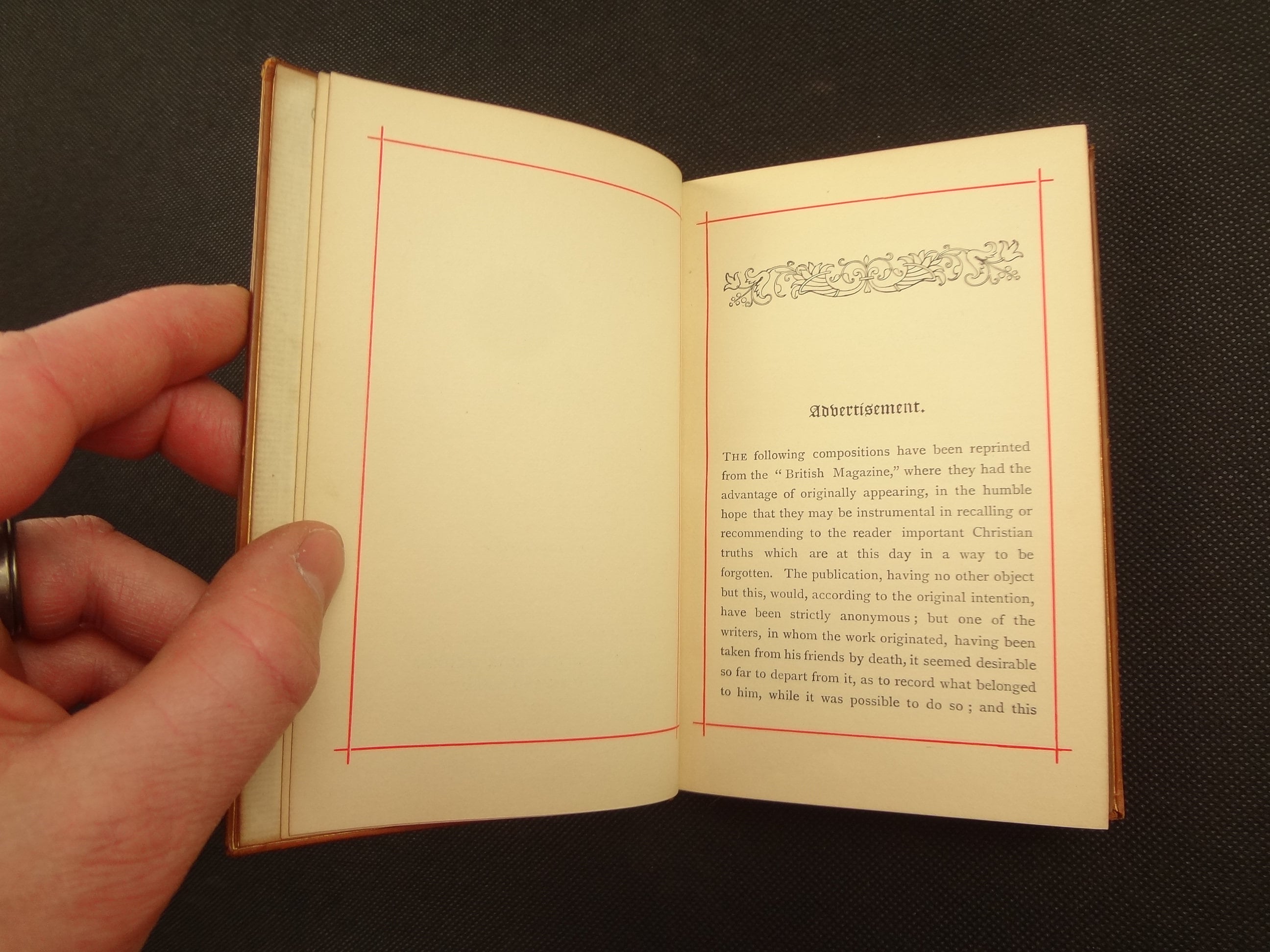 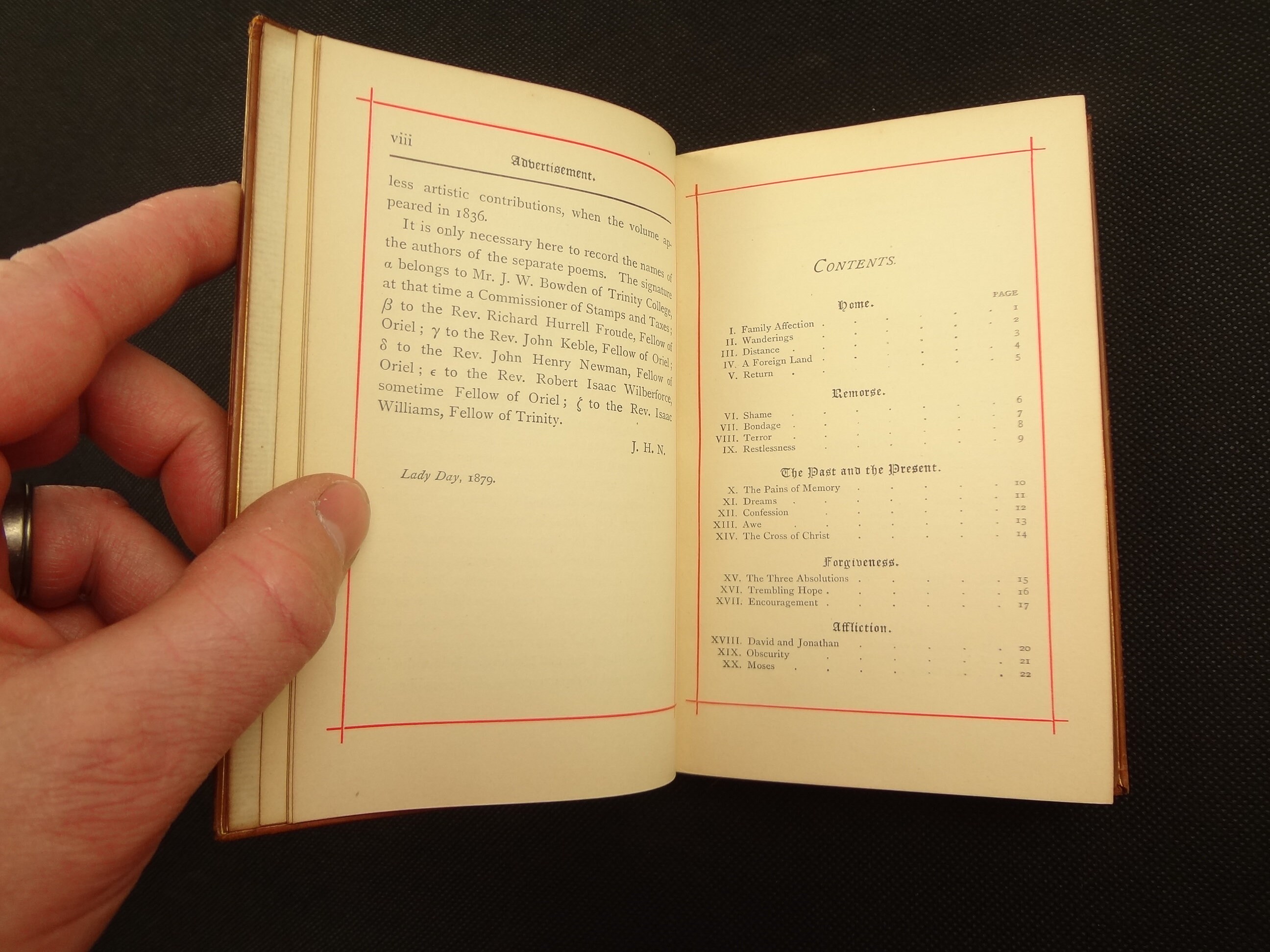 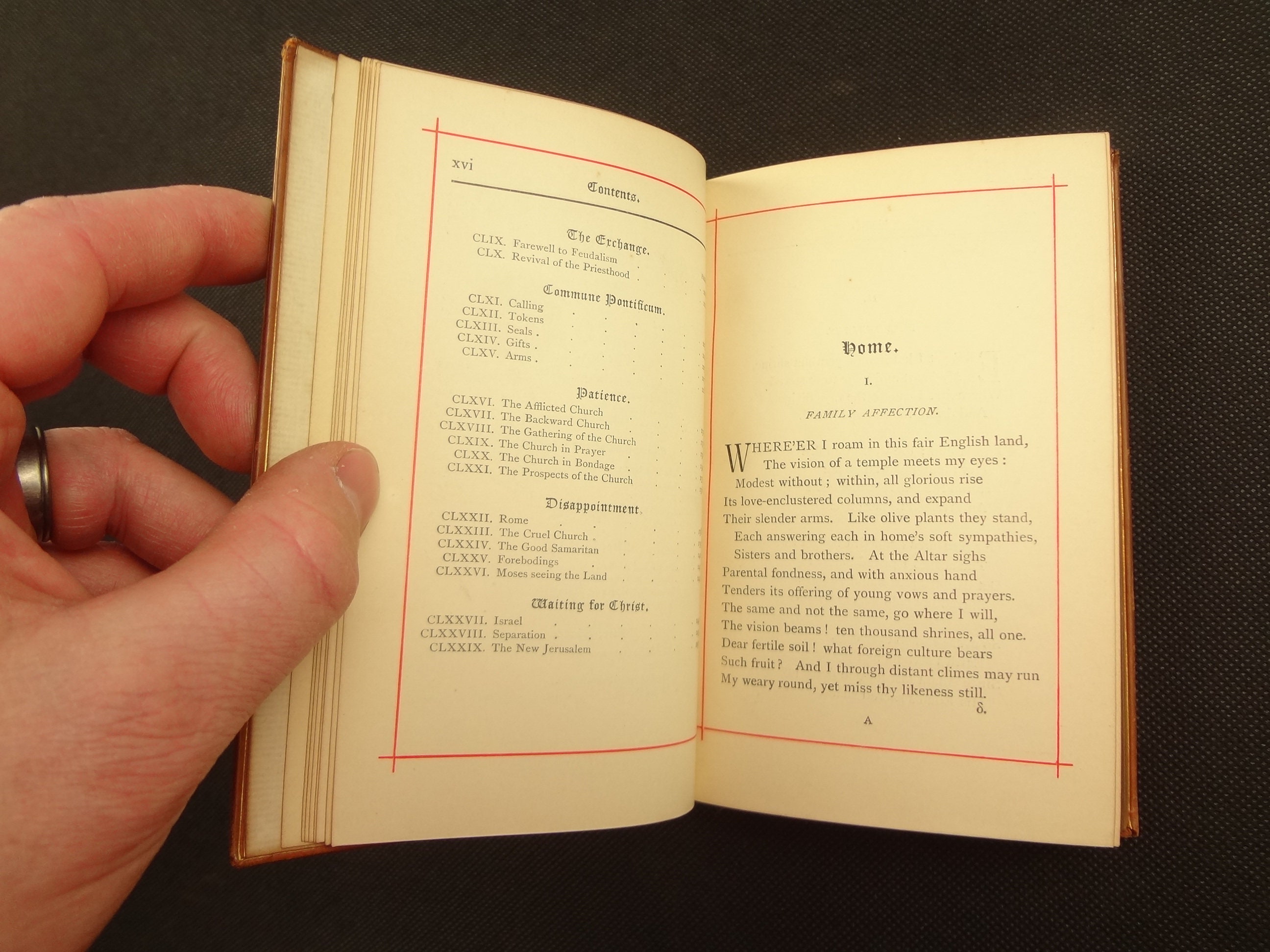 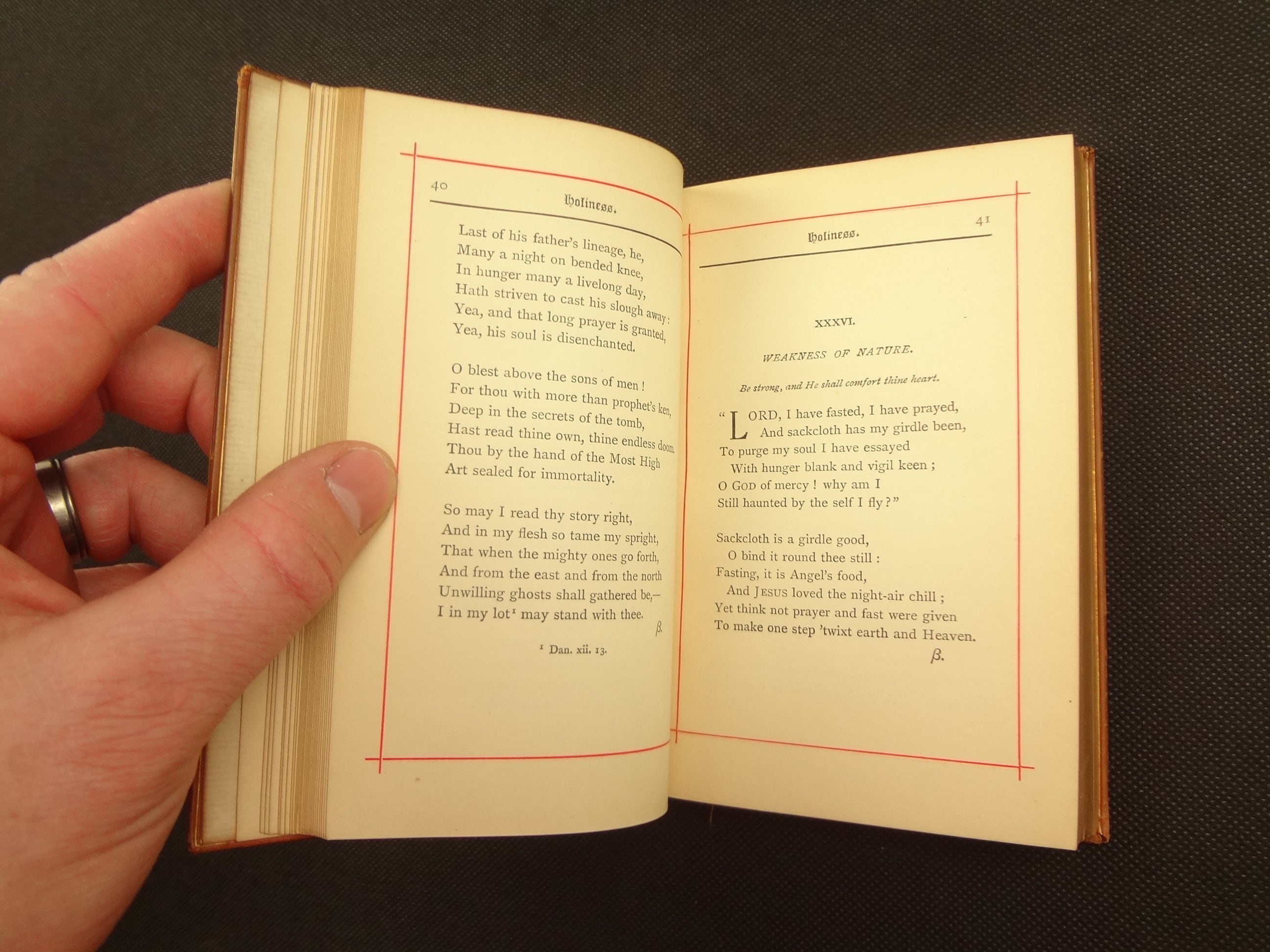 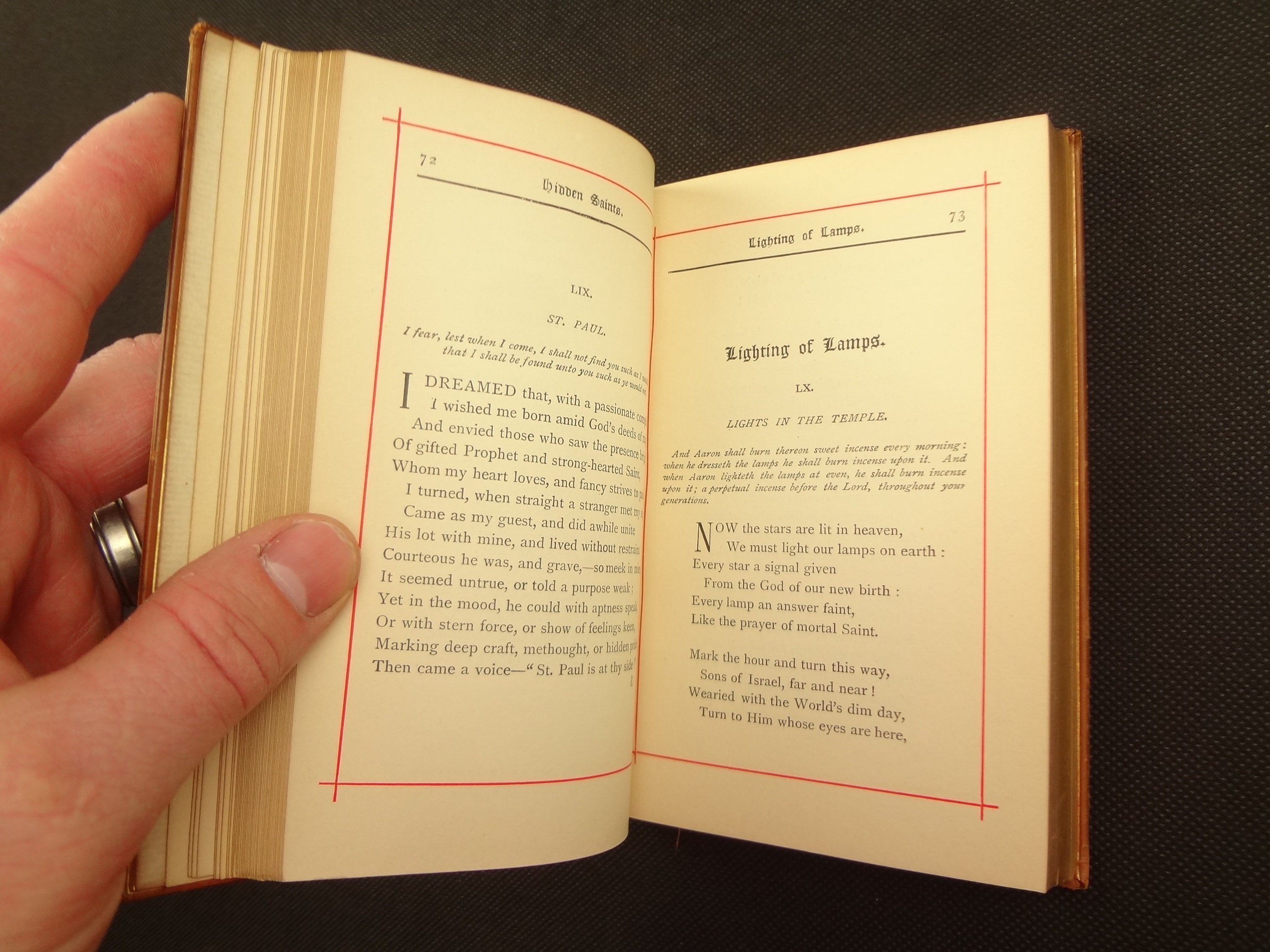 A collection of 179 sacred poems, published 1836, contributed originally to the British Magazine. The poems appeared anonymously; the six authors, all associated with the Oxford Movement, were each designated by a Greek letter: J. W. Bowden (α), R. H. Froude (β), Keble (γ), Newman (δ), R. I. Wilberforce (ε), and I. Williams (ζ).

See pictures. A little shelf wear and edge rubs. Spine a little darker, and around edge of front board (moisture of binding process mark?). Flyleaves have ghosting from the turn-ins, and some yellow spots which bled through to the facing page (at front and rear). Missing one blank endpaper at front. Text block is clean and free of tears, with perhaps only slight toning. A subtle but great looking book bound by one of the premiere binders of the time.