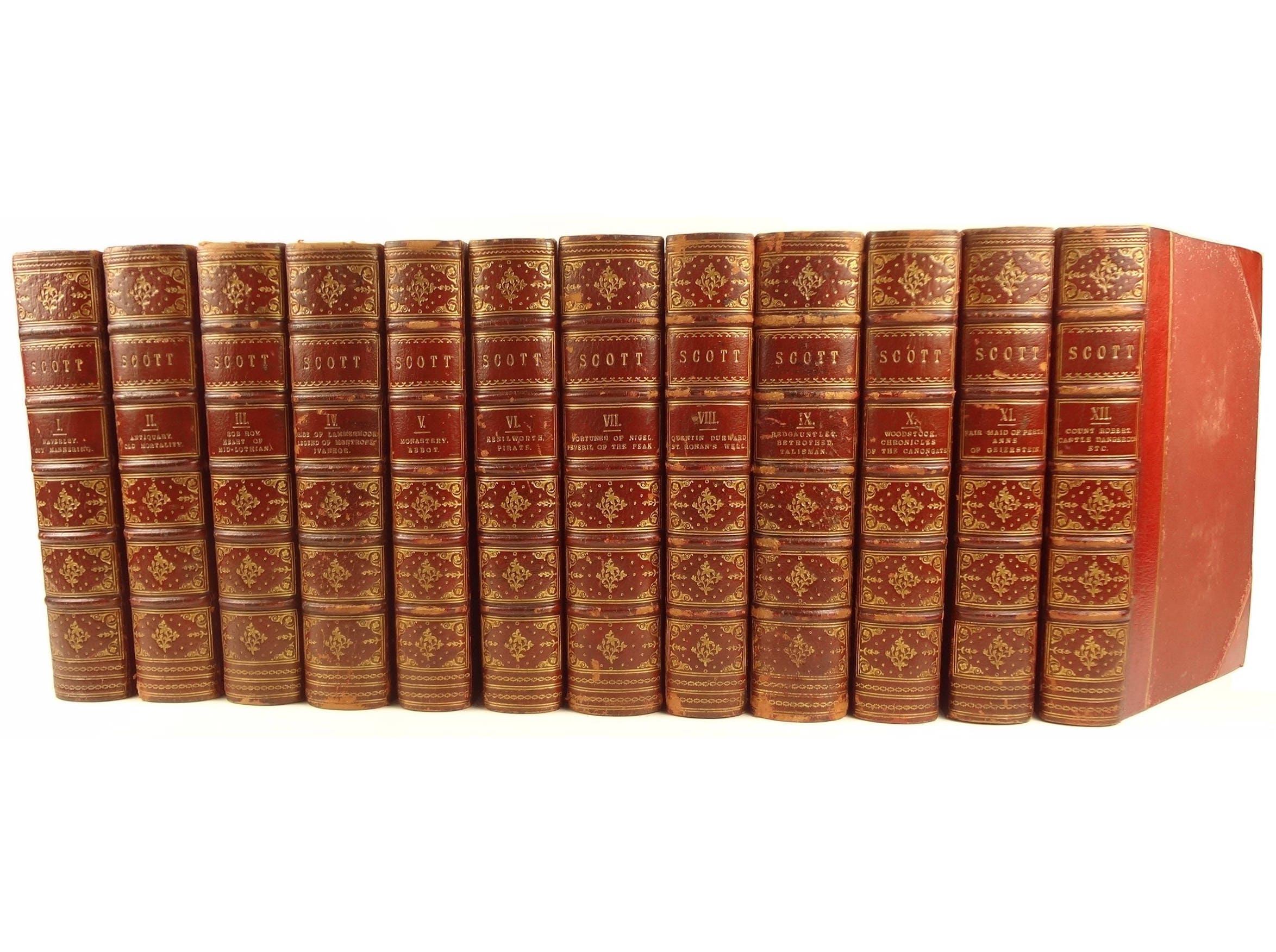 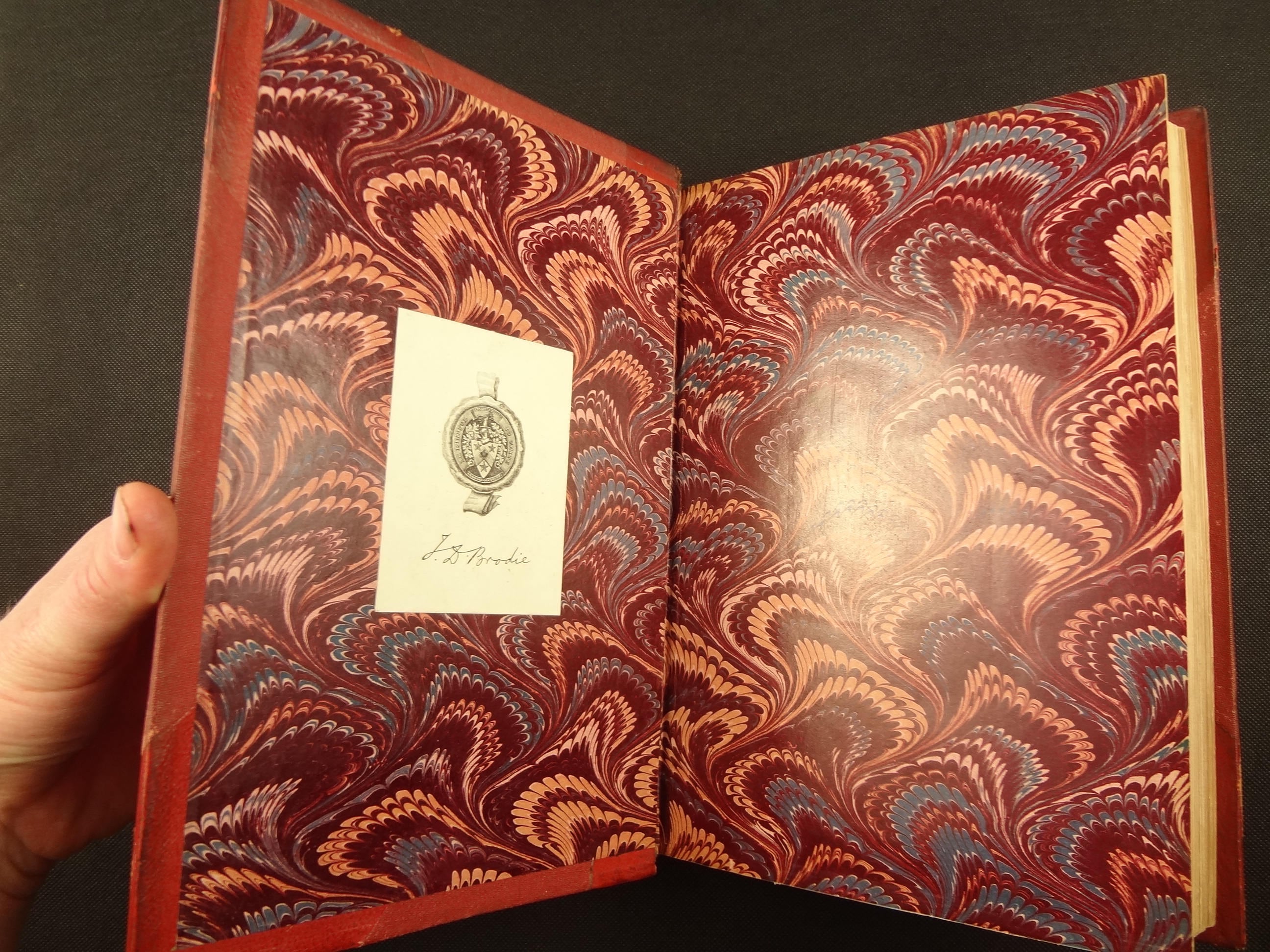 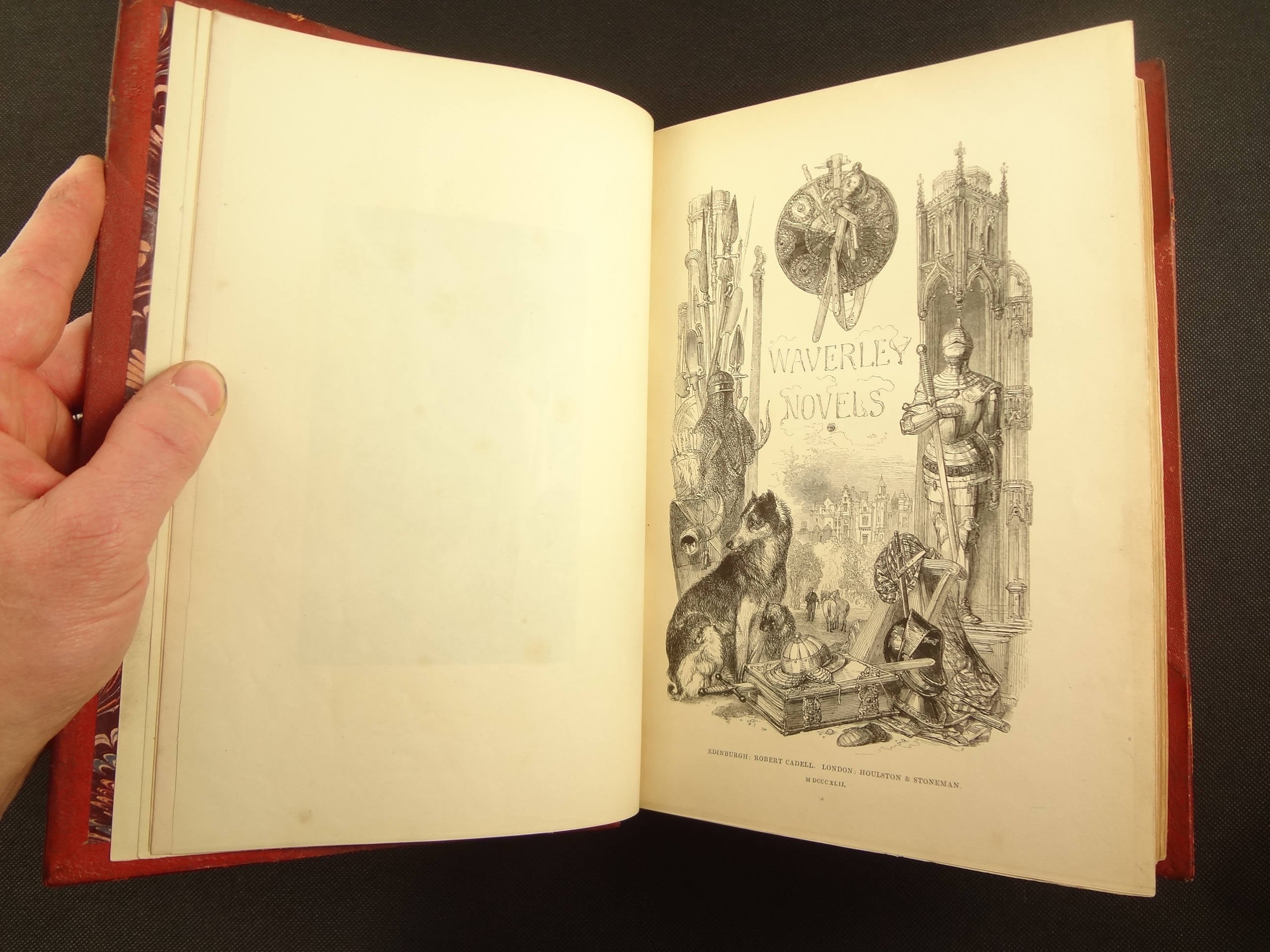 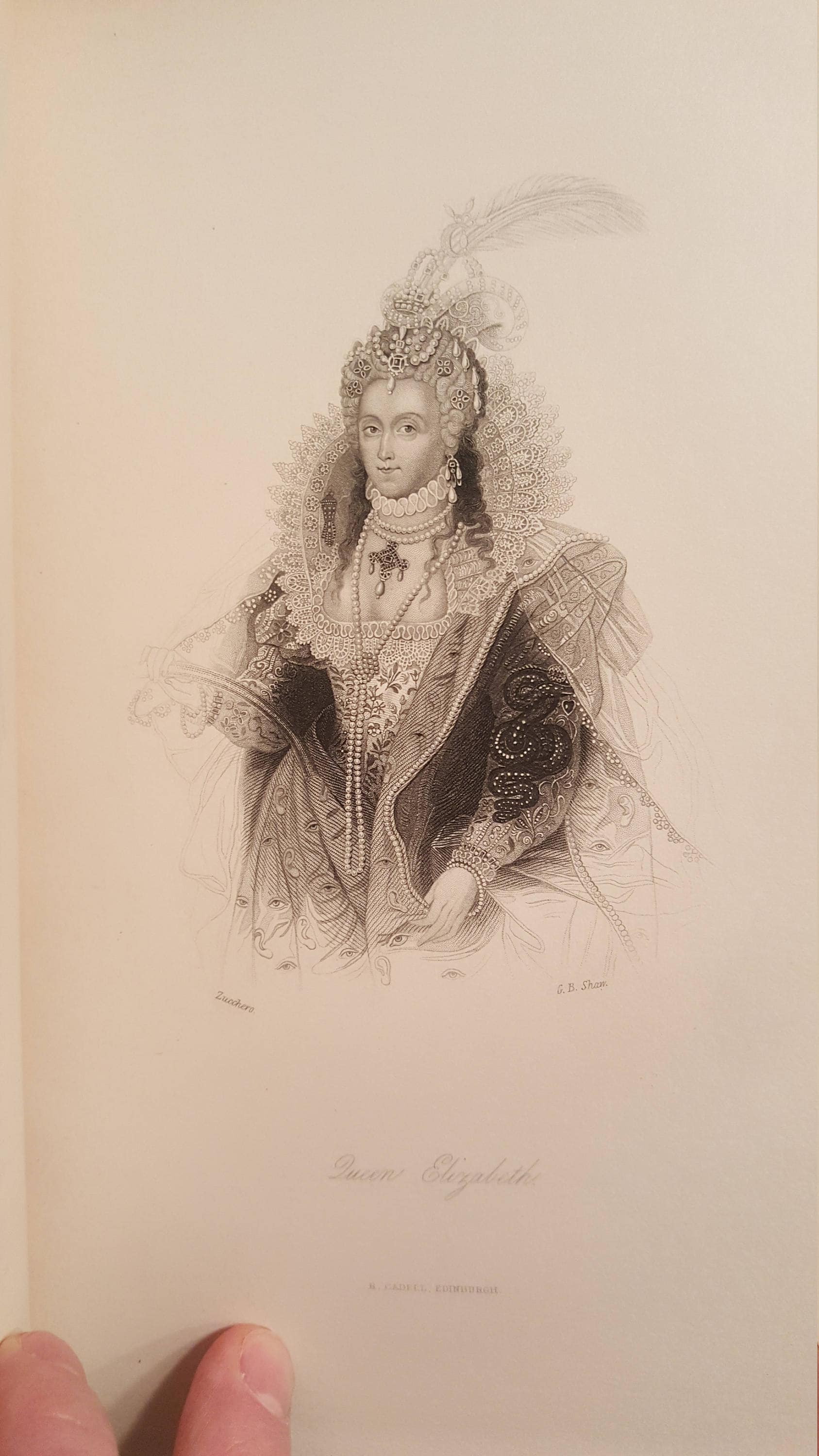 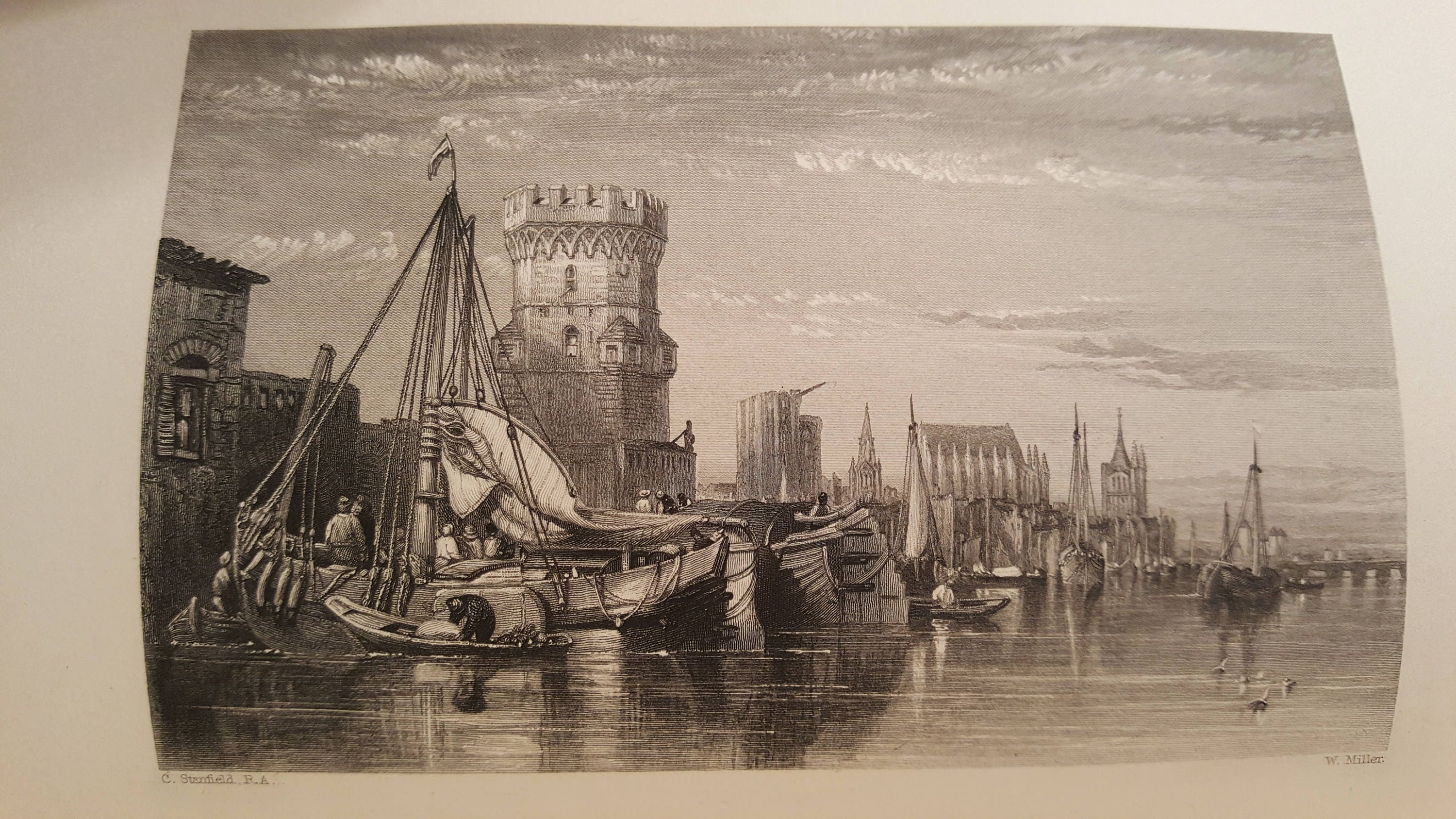 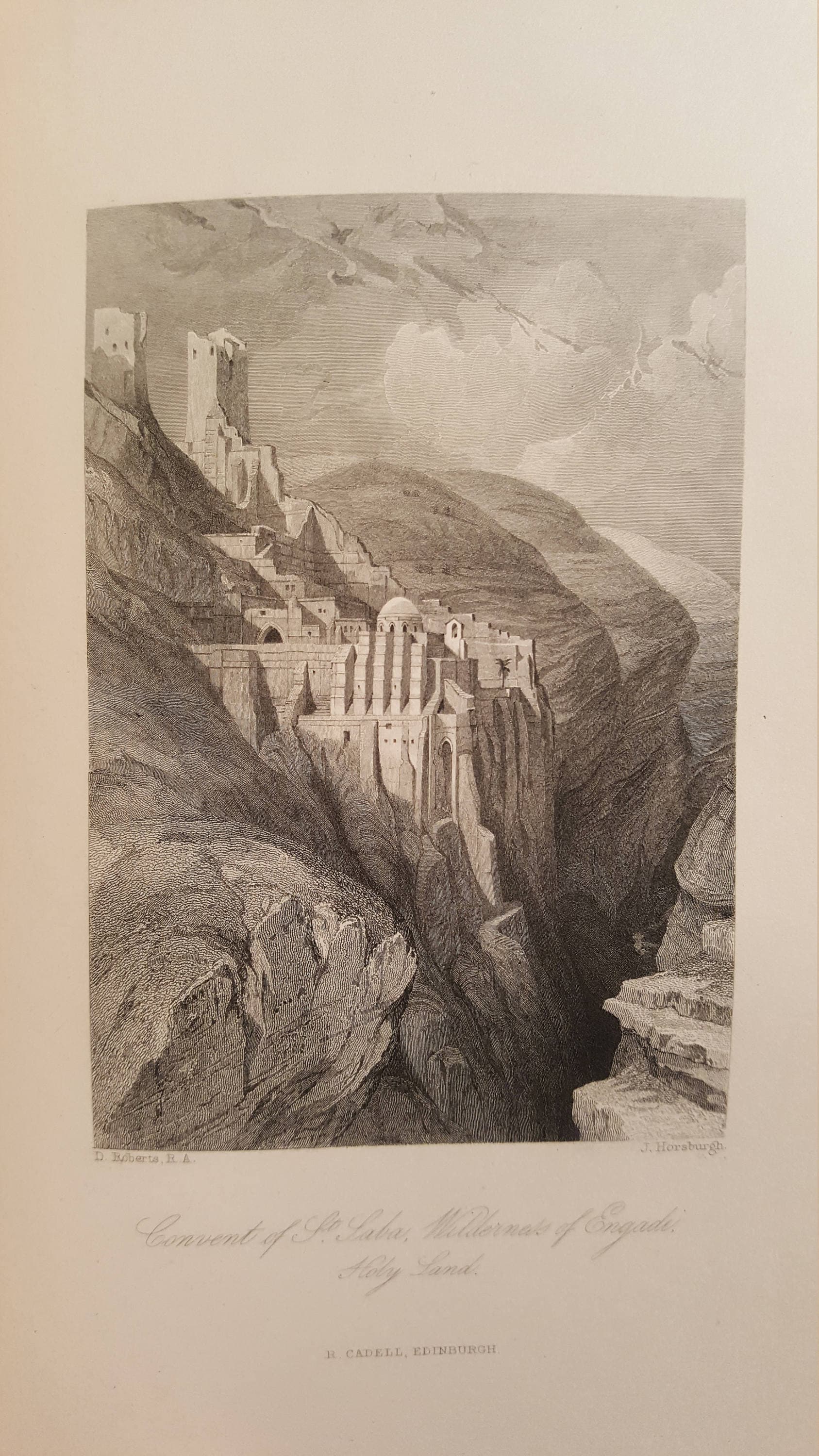 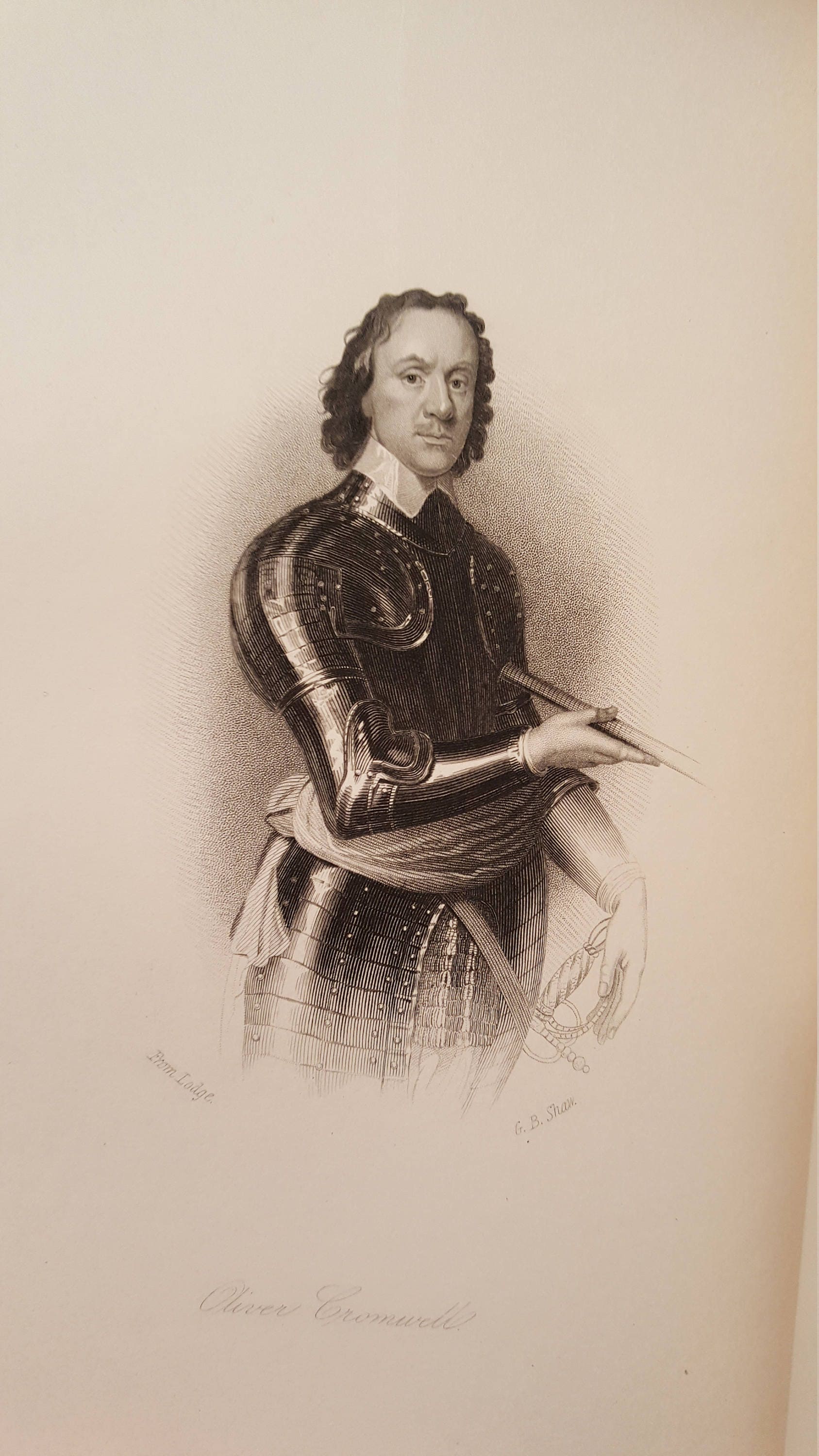 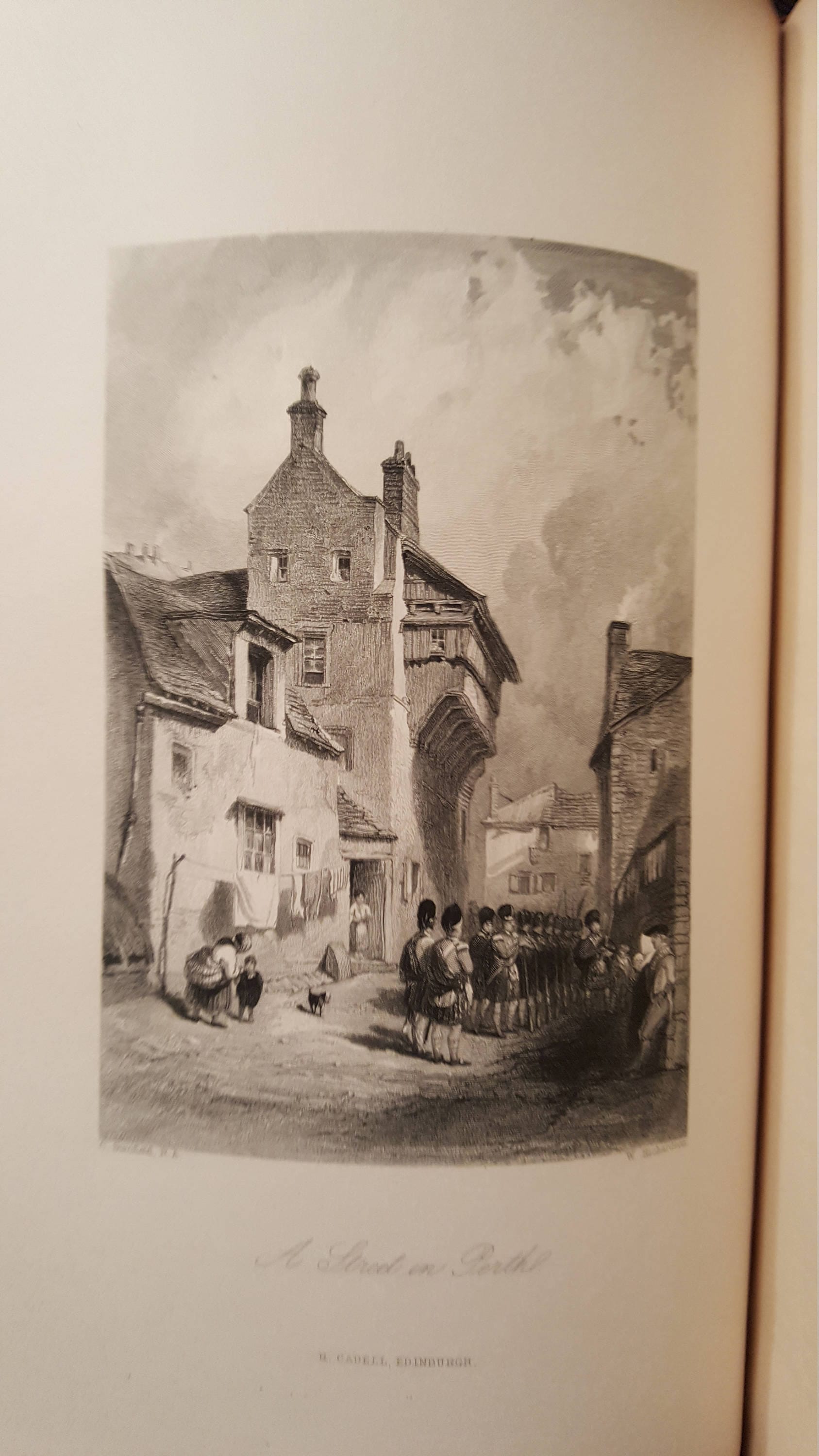 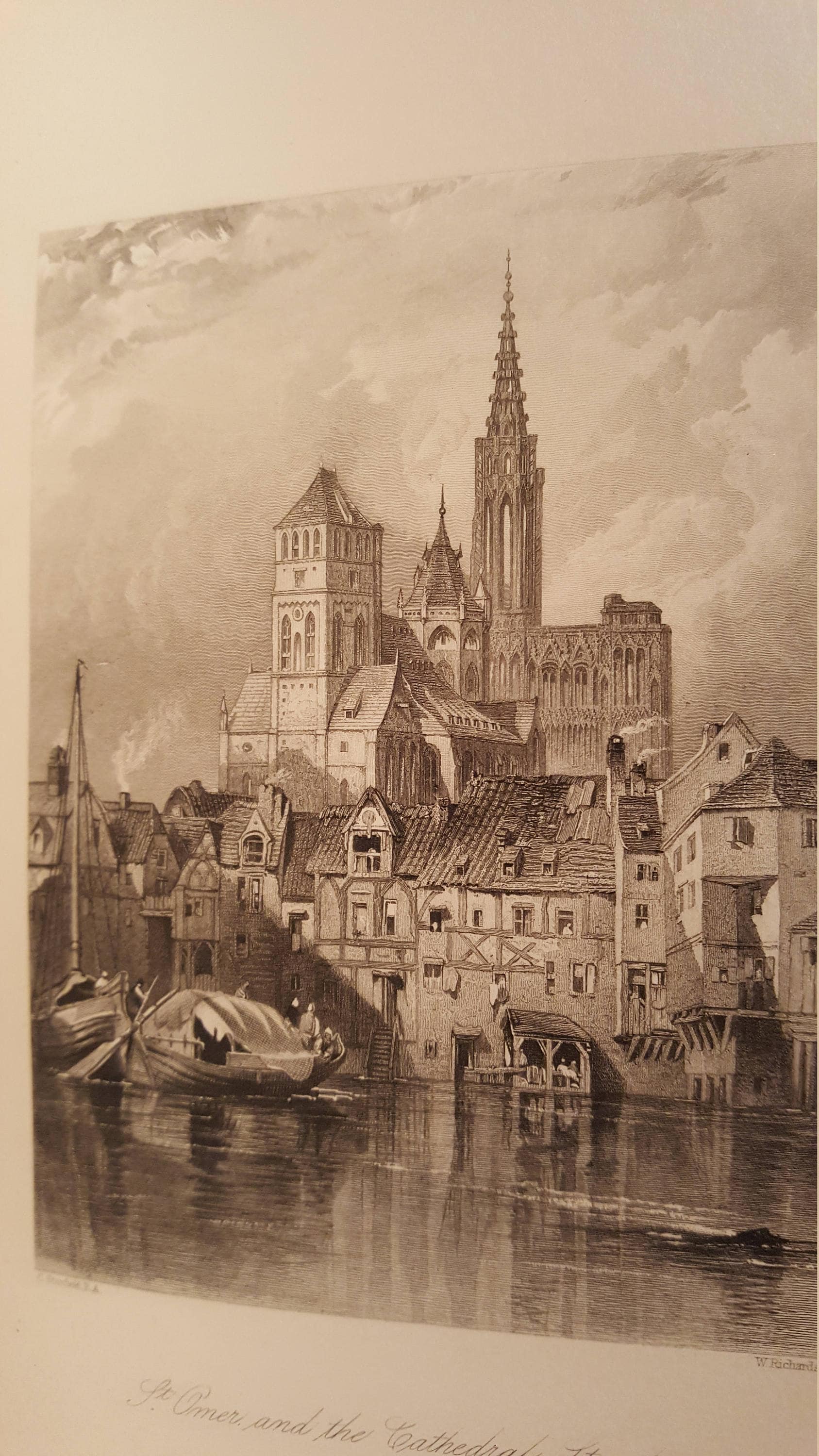 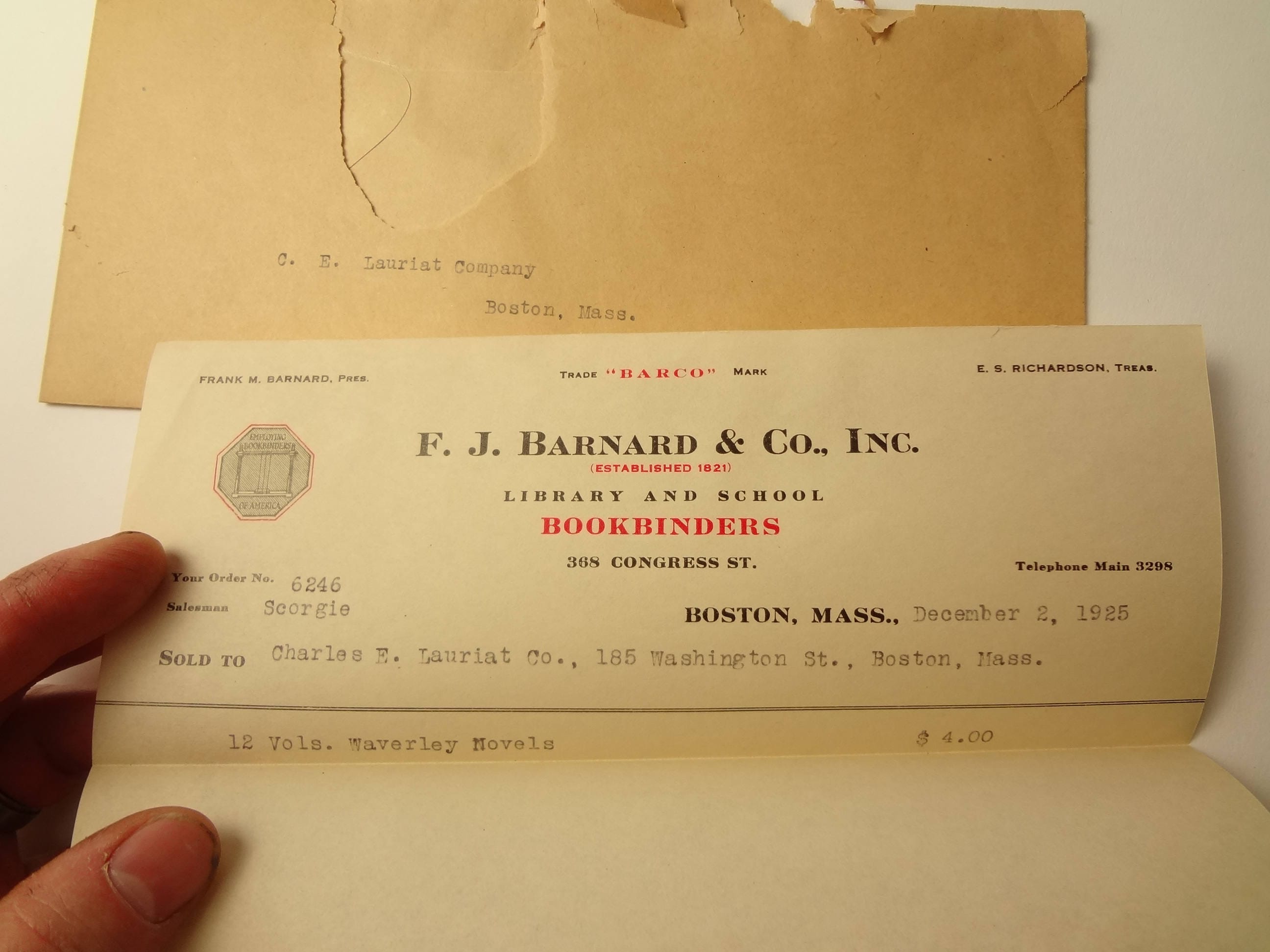 Advertisement (in 1st volume) - "" Accordingly, for this Edition, the real localities of his scenes have been explored; the real portraits of his personages have been copied; and his surviving friends and personal admirers, as well as many public bodies and institutions, have liberally places whatever their collections afforded at the disposal of the eminent Artists engaged by the Proprietors… The embellishments of The Abbotsford Edition will be in number about Two Thousand. The prominent Scenery described in the Novels has been adhered to with the utmost care by Clarkson Stanfield, R.A., who spent last Summer in its investigation, and has already finished whatever was needed for the earlier Novels."

About the Waverley Novels -

Sir Walter Scott, (1771 –1832) was a Scottish historical novelist, playwright, poet and historian. Many of his works remain classics of both English-language literature and of Scottish literature. Although Scott had attained worldwide celebrity through his poetry, he soon tried his hand at documenting his researches into the oral tradition of the Scottish Borders in prose fiction—stories and novels—at the time still considered aesthetically inferior to poetry (above all to such classical genres as the epic or poetic tragedy) as a mimetic vehicle for portraying historical events. In an innovative and astute action, he wrote and published his first novel, Waverley, anonymously in 1814. There followed a succession of novels over the next five years, each with a Scottish historical setting. Mindful of his reputation as a poet, Scott maintained the anonymity he had begun with Waverley, publishing the novels under the name "Author of Waverley" or as "Tales of..." with no author. Among those familiar with his poetry, his identity became an open secret, but Scott persisted in maintaining the façade, perhaps because he thought his old-fashioned father would disapprove of his engaging in such a trivial pursuit as novel writing. During this time Scott became known by the nickname 'The Wizard of the North'. In 1815 he was given the honour of dining with George, Prince Regent, who wanted to meet the 'Author of Waverley'." - Wikipedia

See pictures. For their age, they are in a nice condition with only minor things to note. Spines slightly sunned with lightest hints of cracks in leather. Some edge wear (board edges, ribs, etc.). Some board and spine rubs. General shelf wear. Bookplate on each pastedown "J.D. Brodie, Be Mindful to Unite". Pencil notes on the back of the flyleaf of volume one. Volume one has some light foxing spots on the 1/2 title page and the back of the frontis illustration; through the rest of the novels I found this once more at volume 5. Also, there is an occasional spot here or there (very minor, plates sometimes at edges) throughout. Volume one also has the ghost of an insert on page 185. Occasional dog eared page. Occasional light toning to pages. Volume 6, page 527 has the marks of four fingers in the fore-edge margin. Not all tissues present. Overall, they are a handsome set, well-bound, and ready to give many more generations pleasure.