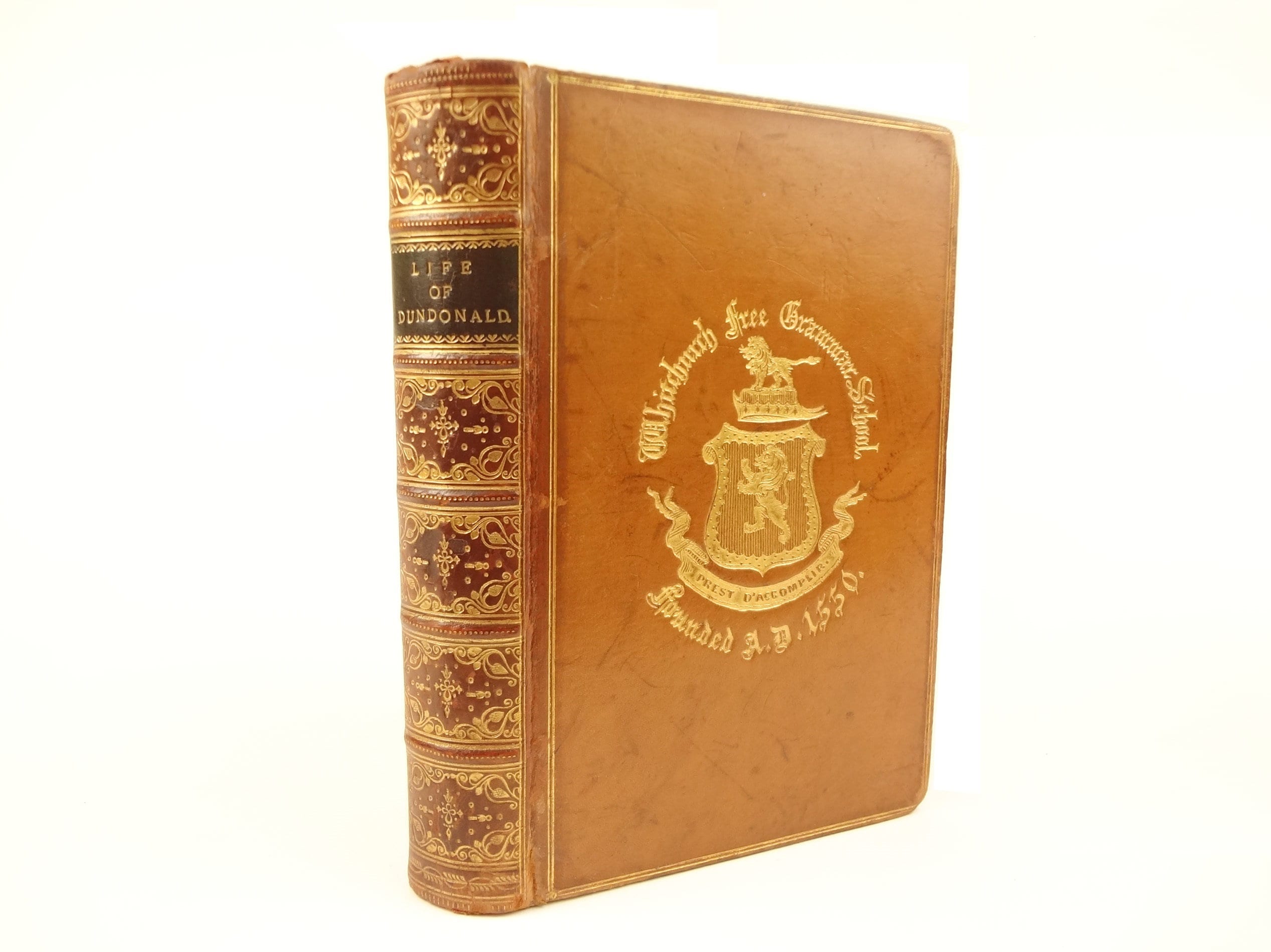 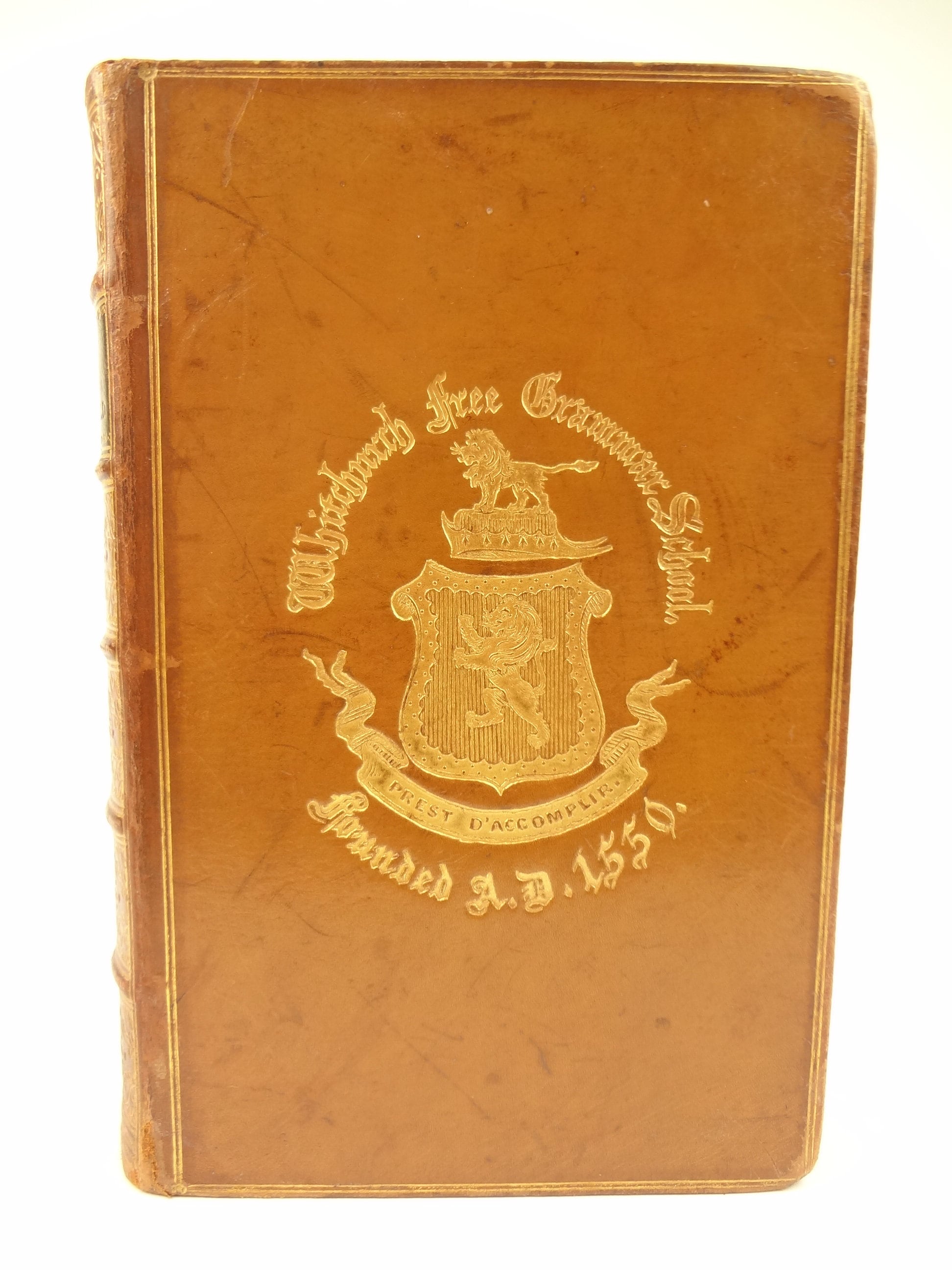 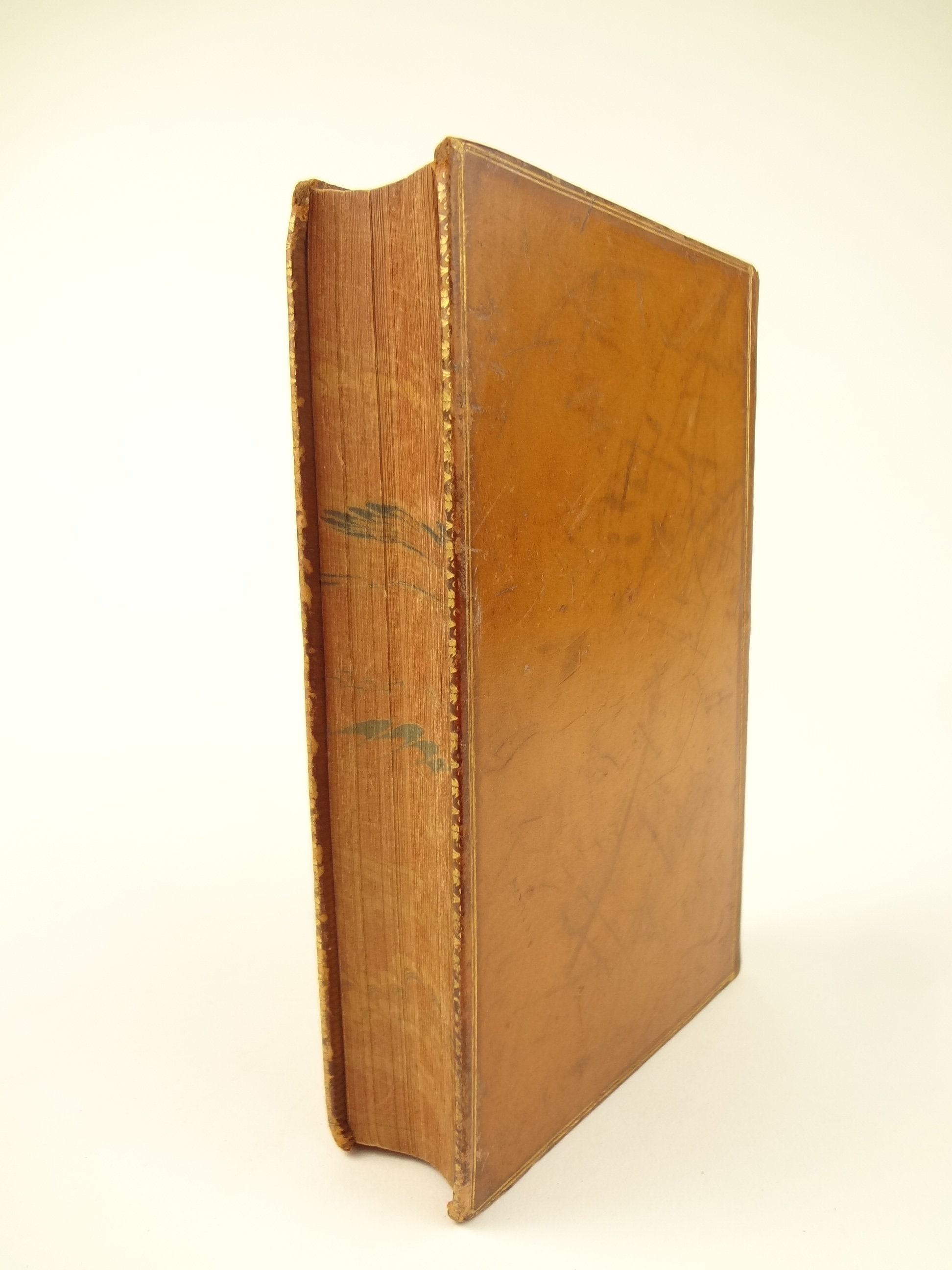 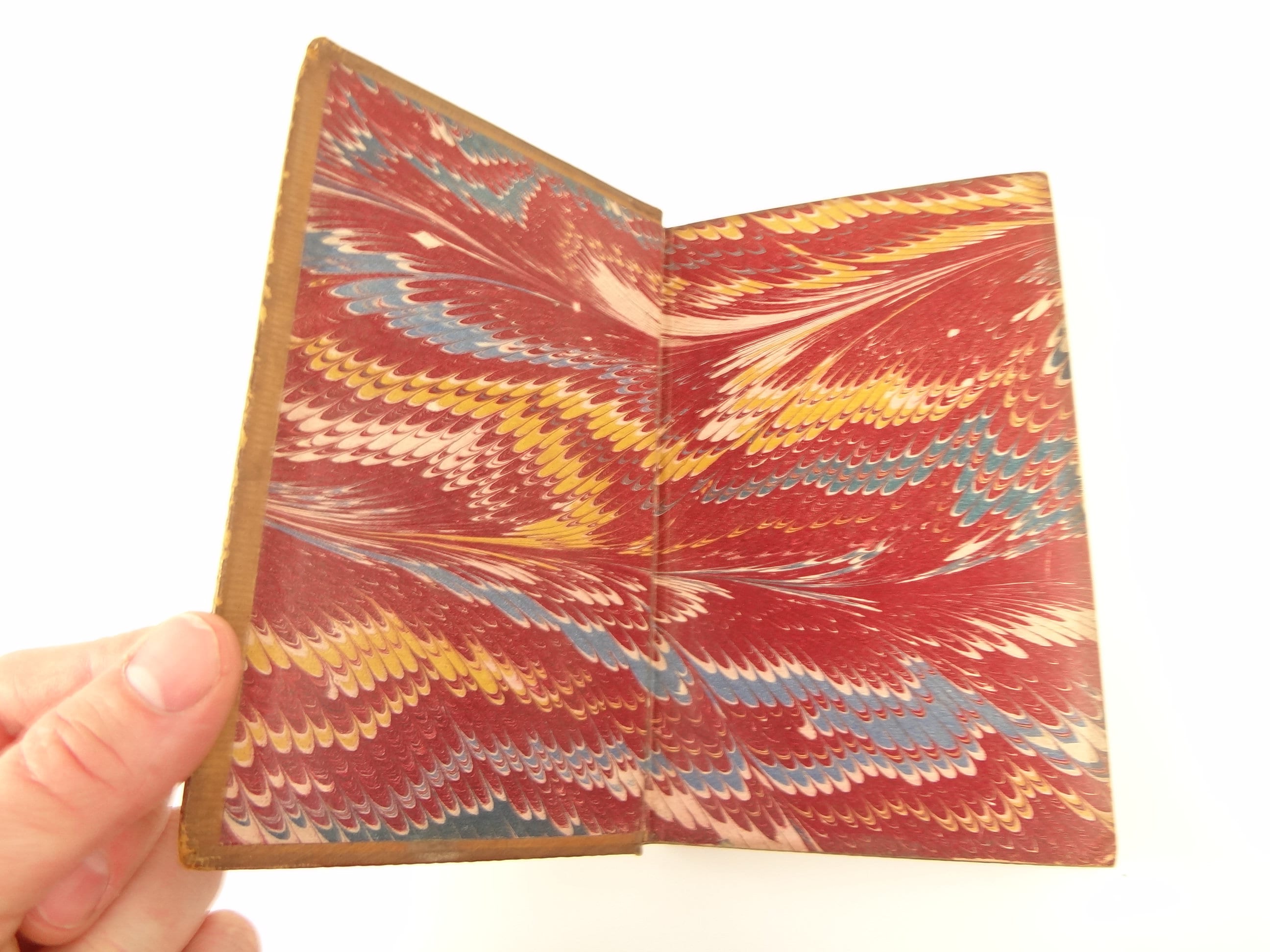 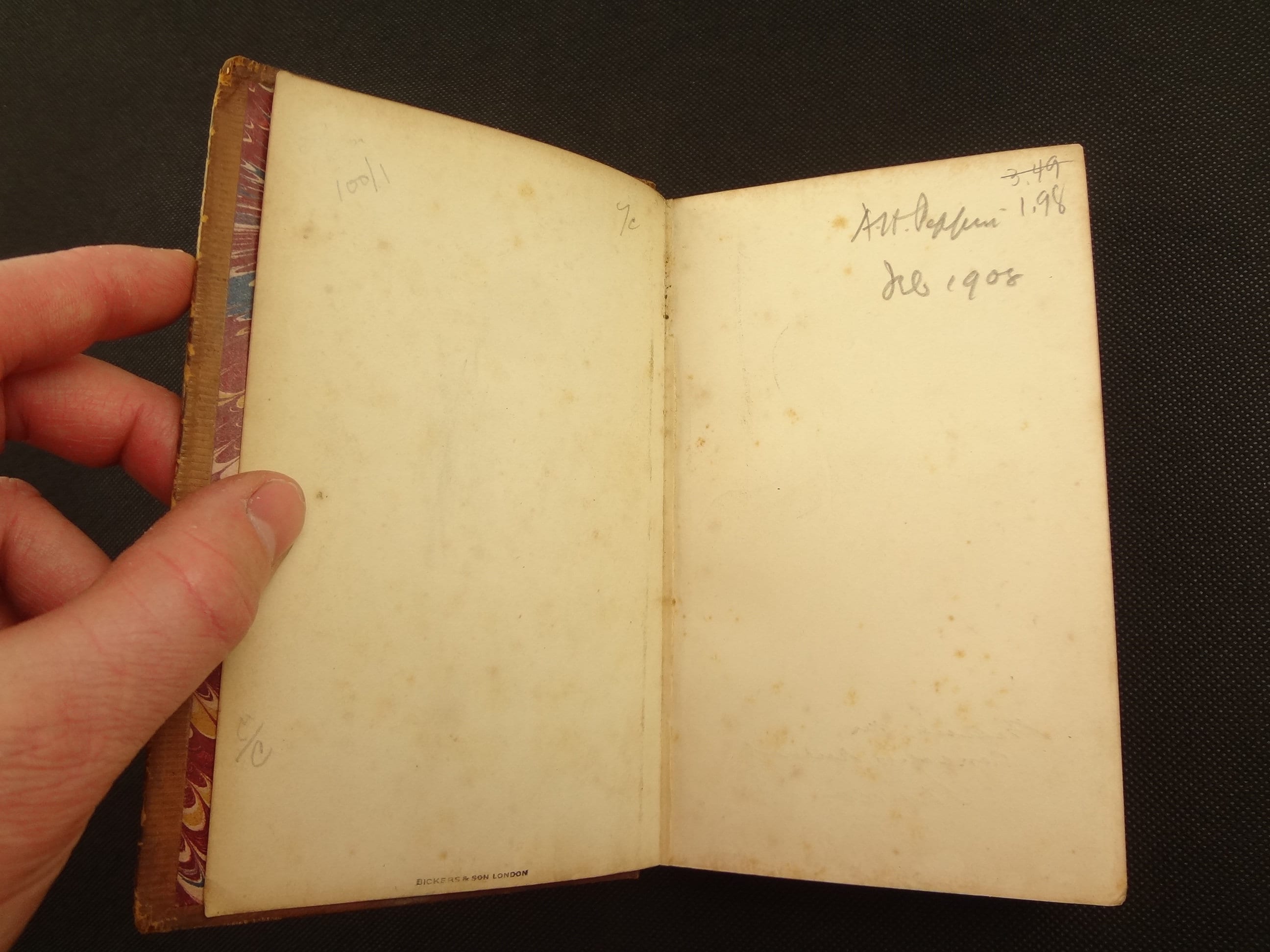 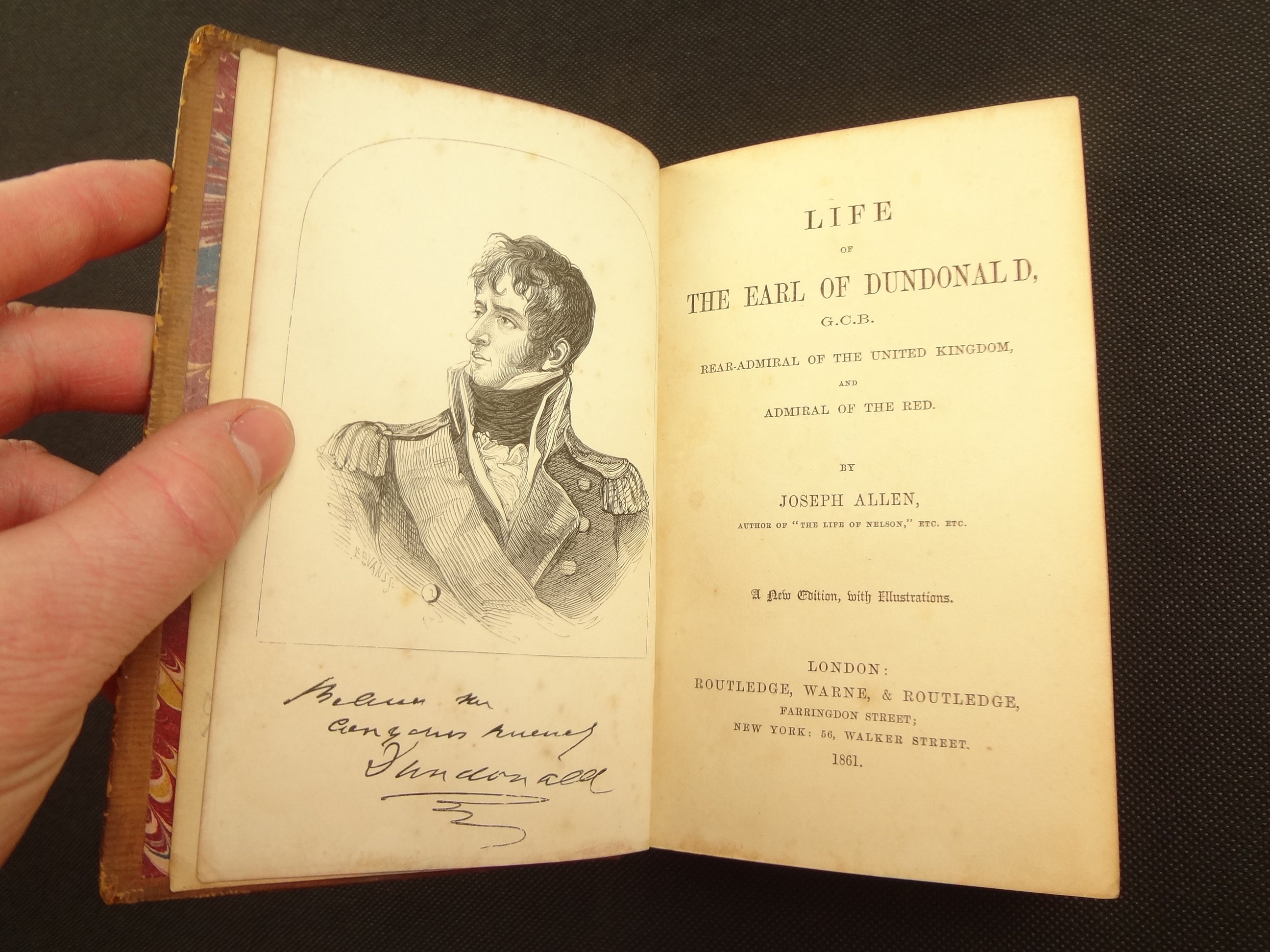 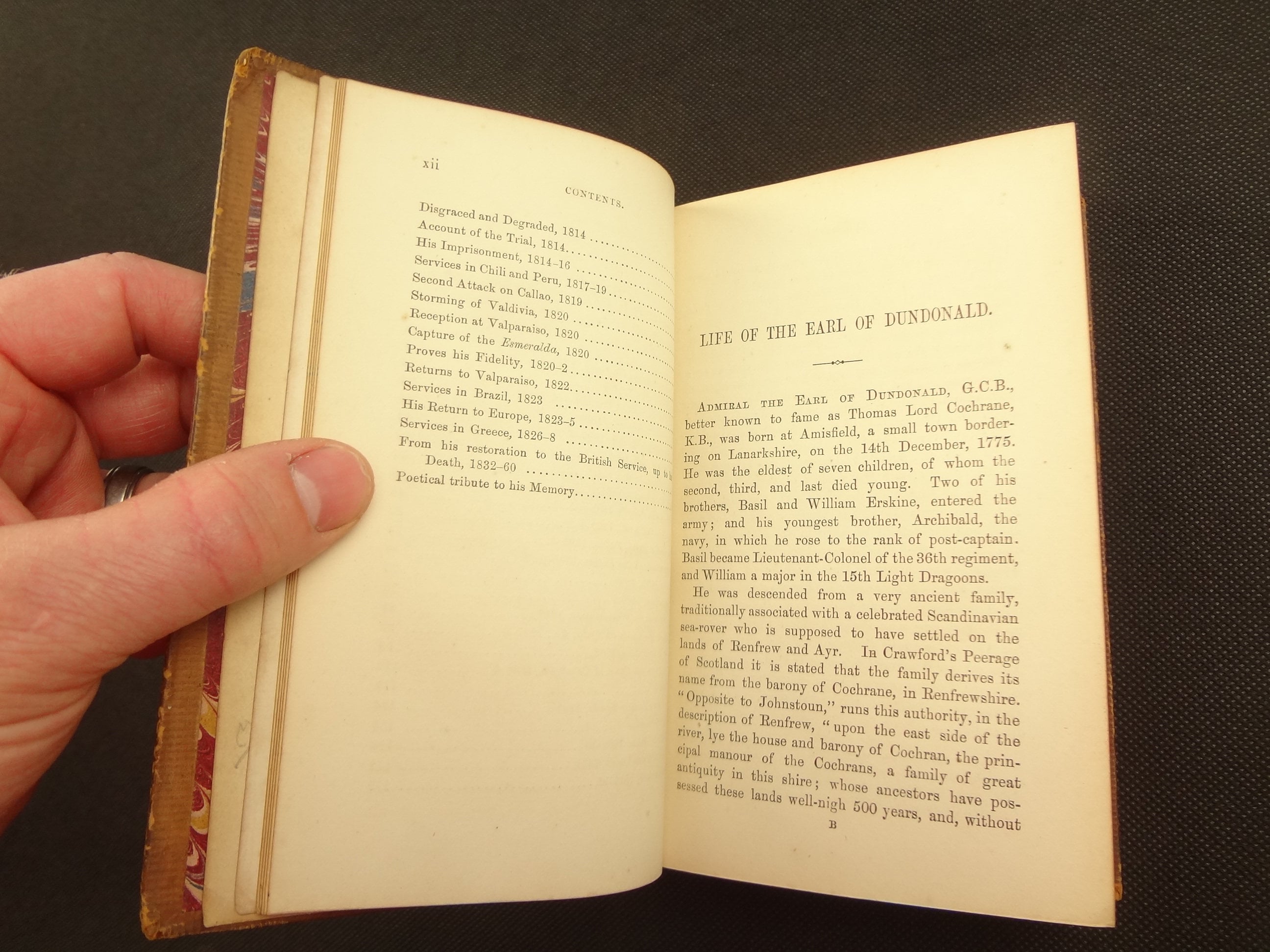 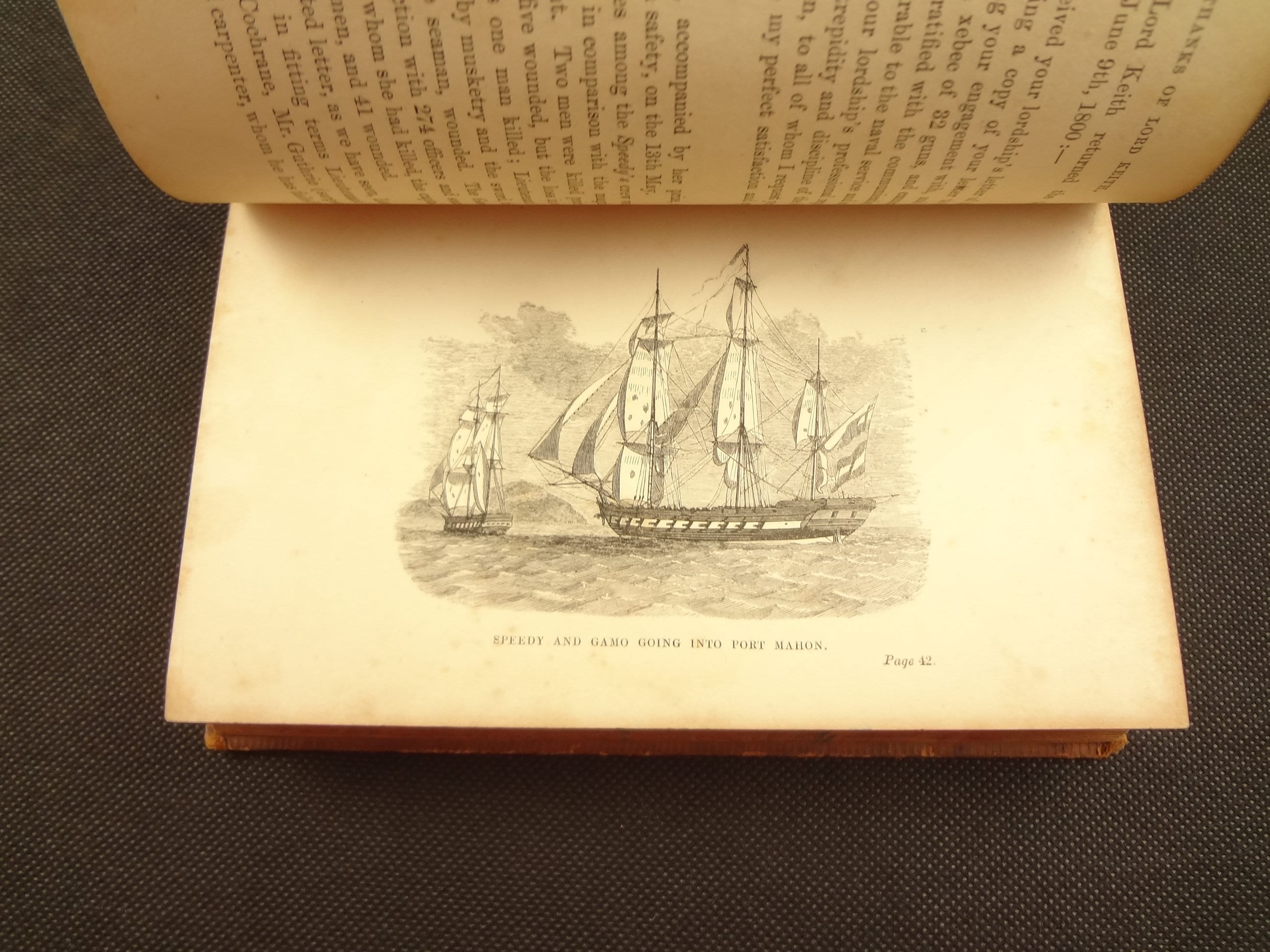 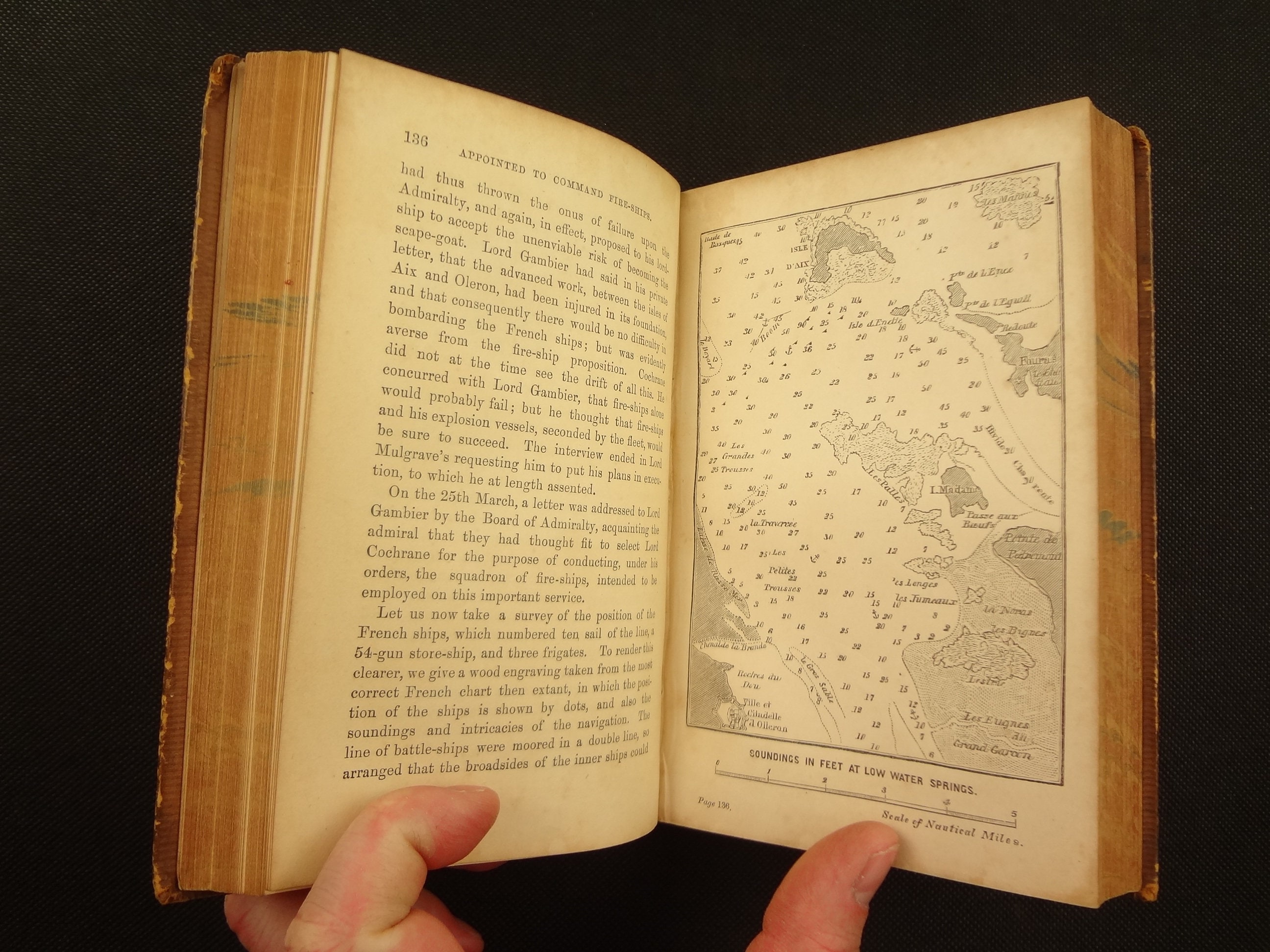 A handsome prize binding decorates this biography of The Earl of Dundonald, nicknamed by Napoleon "The Sea Wolf", Rear-Admiral of the United Kingdom, who was successful in virtually all of his naval actions, his career being ended only by a stock exchange scandal. He is described as a "daring and succesful Captain of the Napoleonic Wars".

Binding is signed by Bickers & Son London. The prize binding is of the Whitchurch Free Grammar School, which was established in the 16th century (as the armorial attests). The remaining 18th century buildings are now flats.
Physical Attributes -

See pictures. Some light shelf wear and rubbing at corners and top and bottom of spine. Some fade to fore-edge marbling. Spots on endpapers through title page. After that, the occurrence of a spot becomes infrequent and singular. Endpapers at rear also have spots, which ghosted on the last page of text. Blank front endpaper with prize inscription has been removed. Bookseller notes on back of flyleaf and frontis. A handsome book, with a bright armorial.