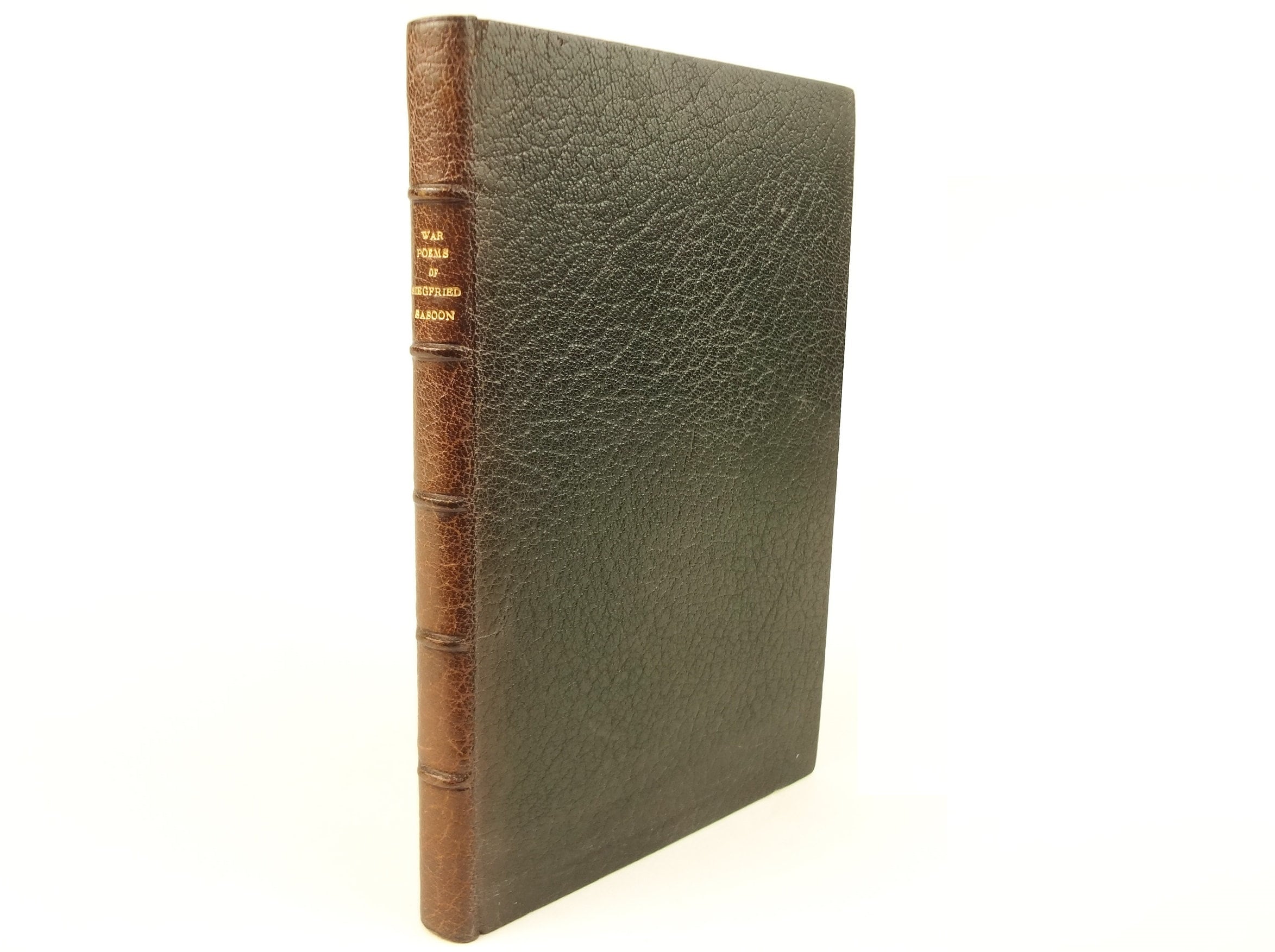 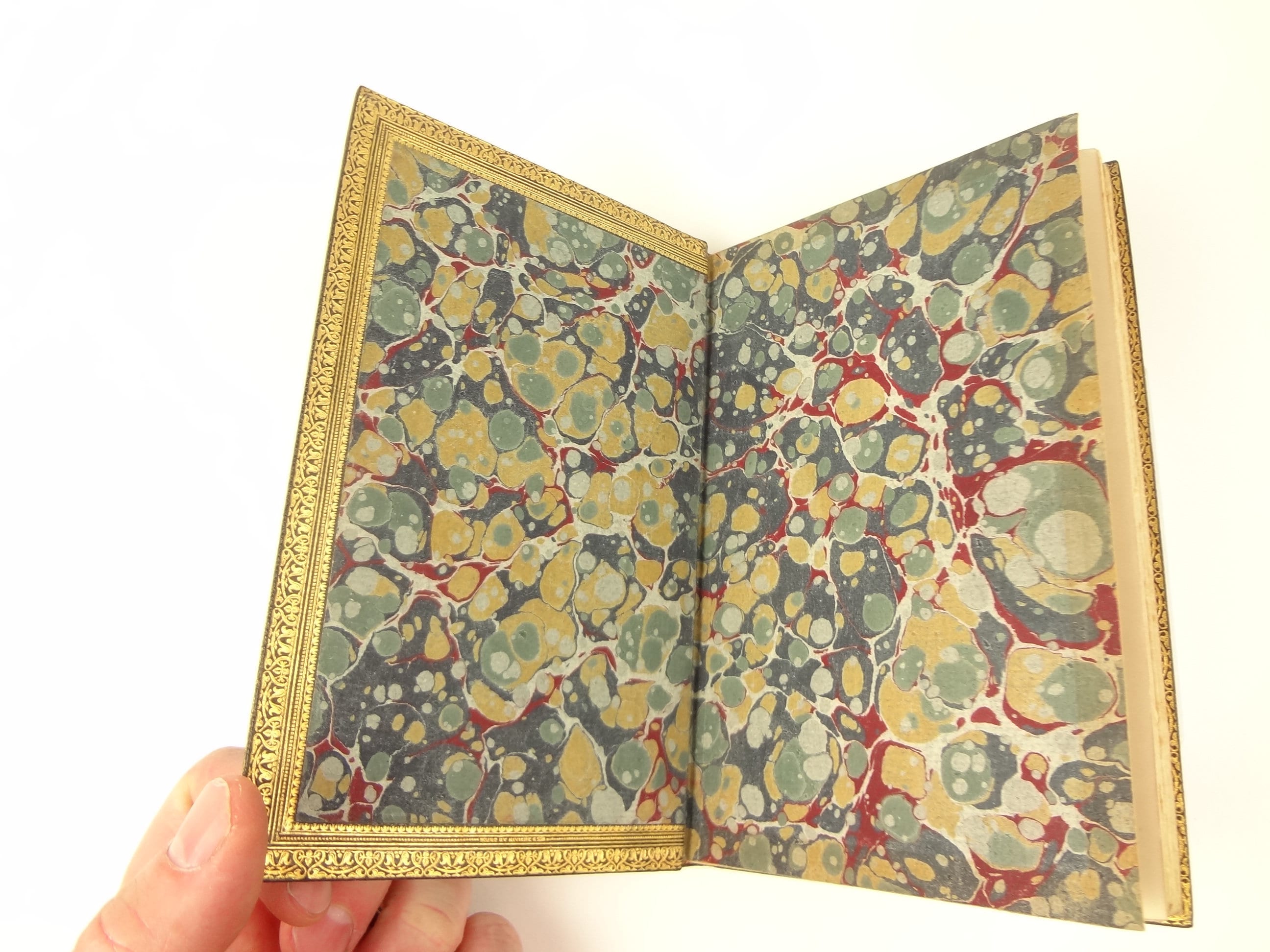 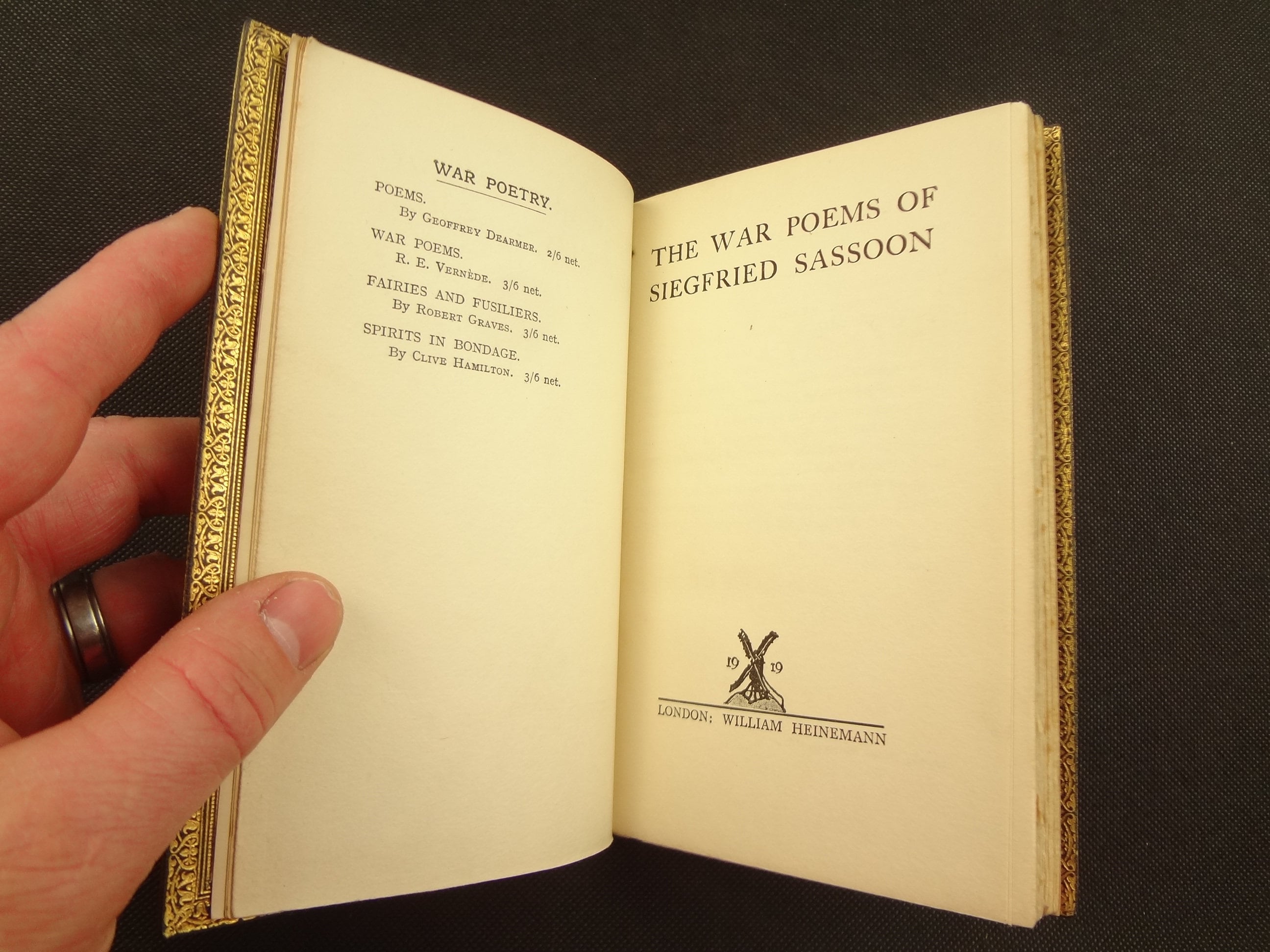 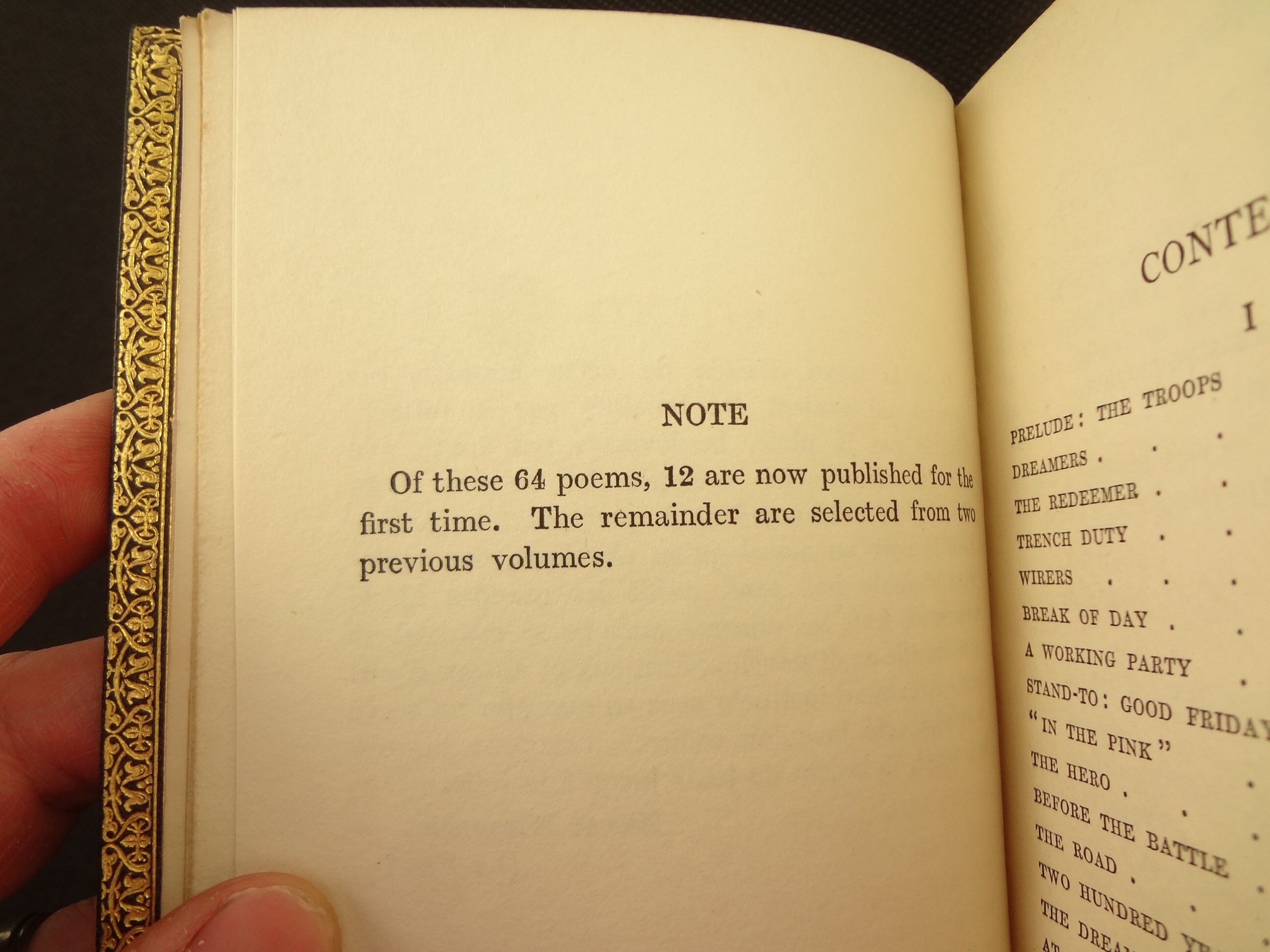 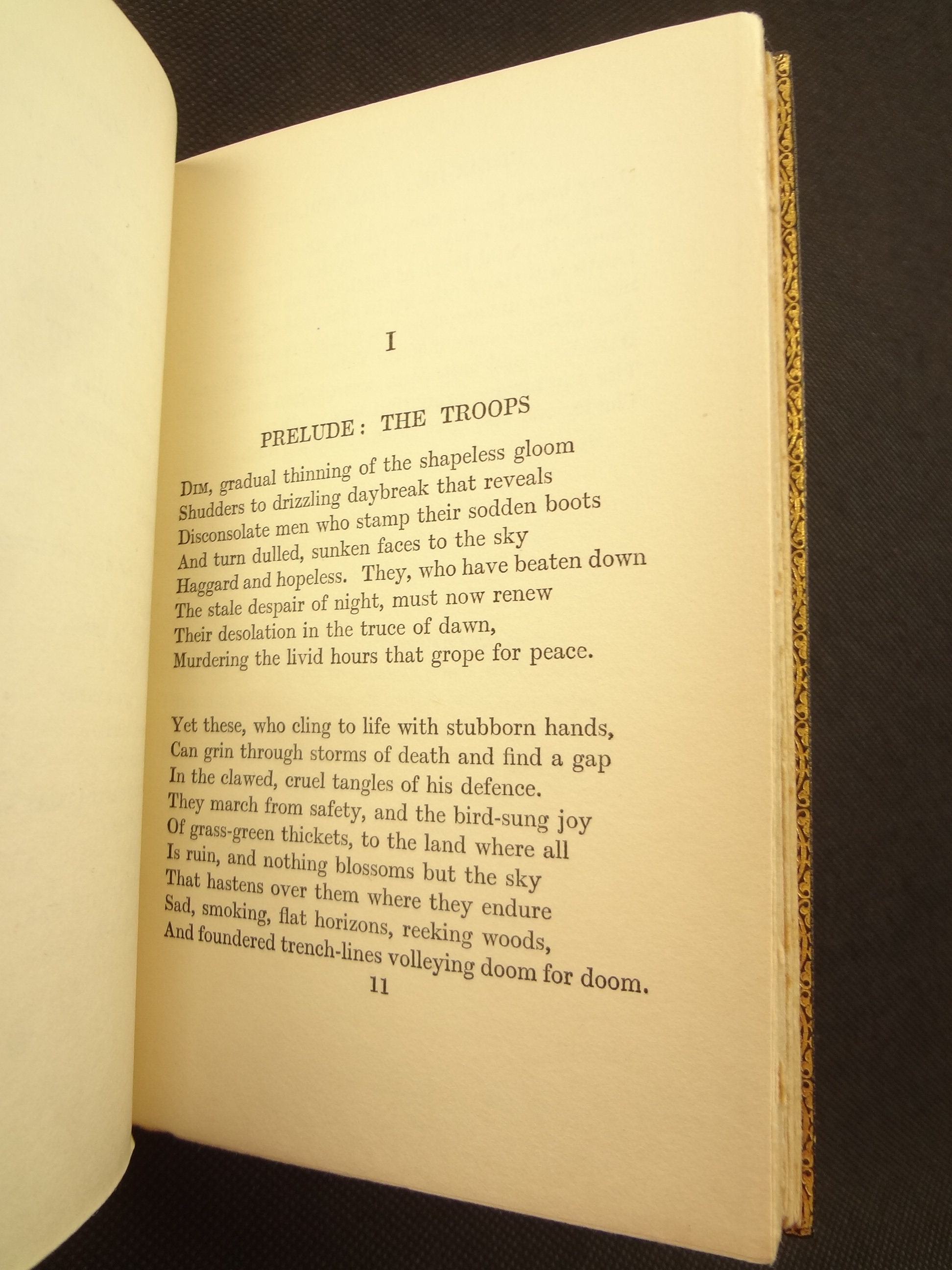 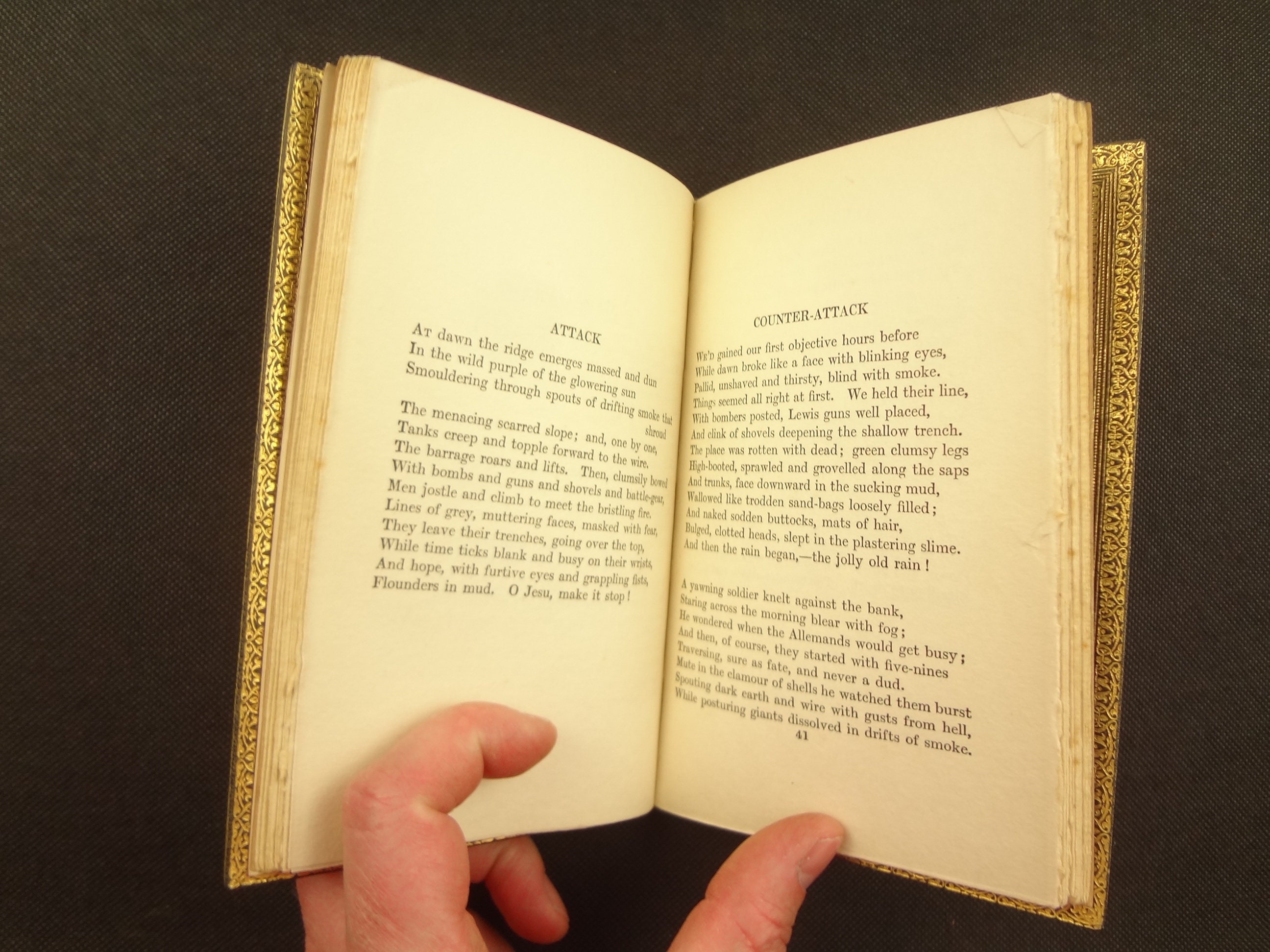 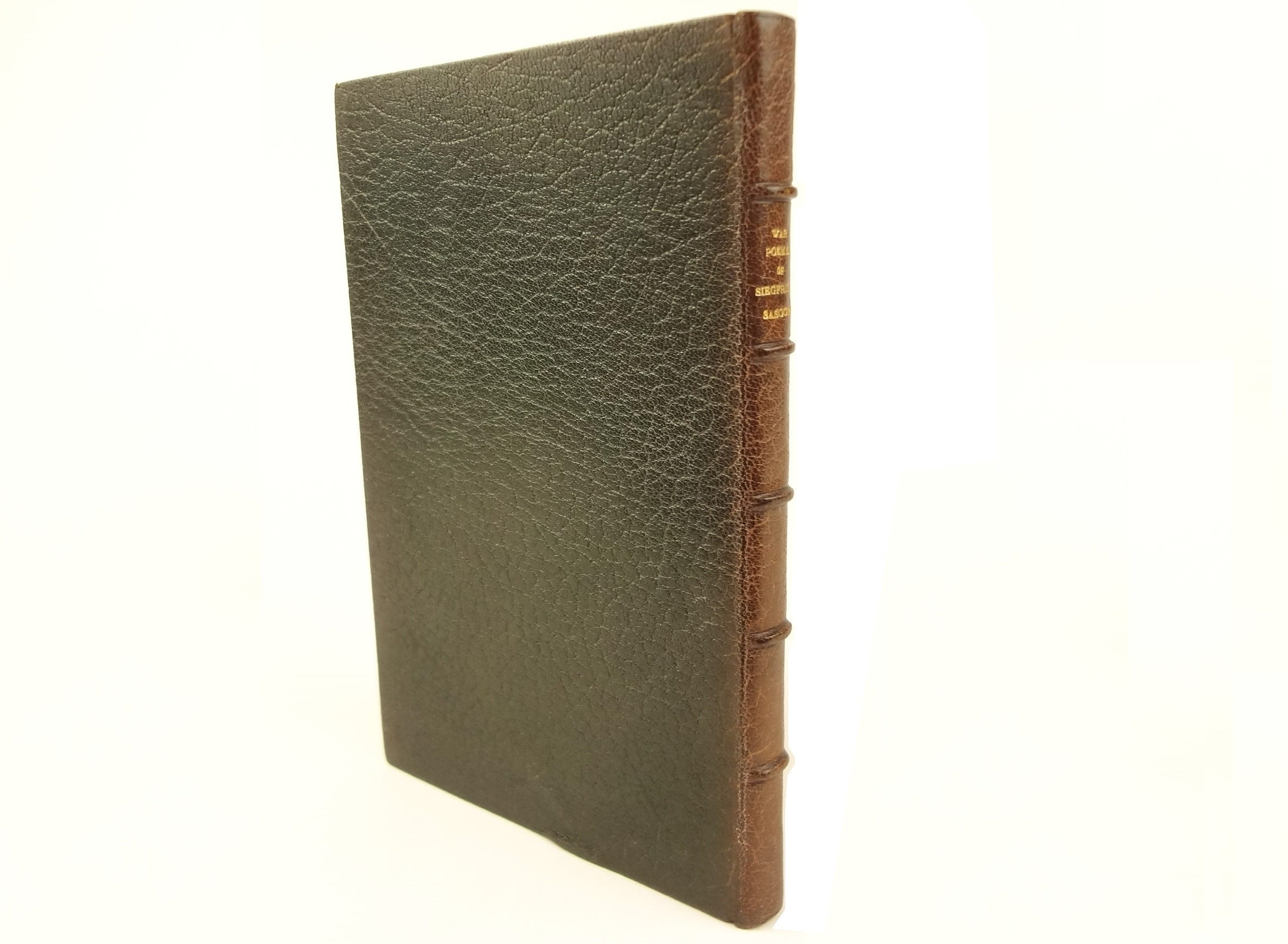 A somber but beautiful Riviere & Son binding decorates this 1919 first edition (12 poems published for the first time) of the collected works of the WWI poet Siegfried Sassoon. Siegfried Sassoon was an English poet, writer, and soldier. Decorated for bravery on the Western Front, he became one of the leading poets of the First World War. His poetry both described the horrors of the trenches, and satirised the patriotic pretensions of those who, in Sassoon's view, were responsible for a jingoism-fuelled war. Sassoon became a focal point for dissent within the armed forces when he made a lone protest against the continuation of the war in his "Soldier's Declaration" of 1917, culminating in his admission to a military psychiatric hospital.

Measures 17 x 11 x 1.5 cm. Crushed leather binding. Five raised bands to spine, title in gilt in one compartment. Board edges are ruled in gilt. Double endbands in alternating white and red. Richly gilt rolled turn-ins, with mark of Riviere and Son in gilt. Marbled endpapers. Top edge gilt. Uncut meaning binder did not cut the fore-edge of pages (they have been opened). Marbled endpapers. Stamp of Sotheran's on back of flyleaf. Pages - (3), ix, x or 10 blank, numbering continues 11-95, (3).

See pictures. Slight discoloration of spine due to sunning. Rear board bottom-edge has a small bump. The book was opened by an owner (fore-edge not cut by binder) and several of the page fore-edges have rough edges (not the straightest cut). Two pages have small dog-ears. Mostly a beautiful book in a nice condition for any collection.