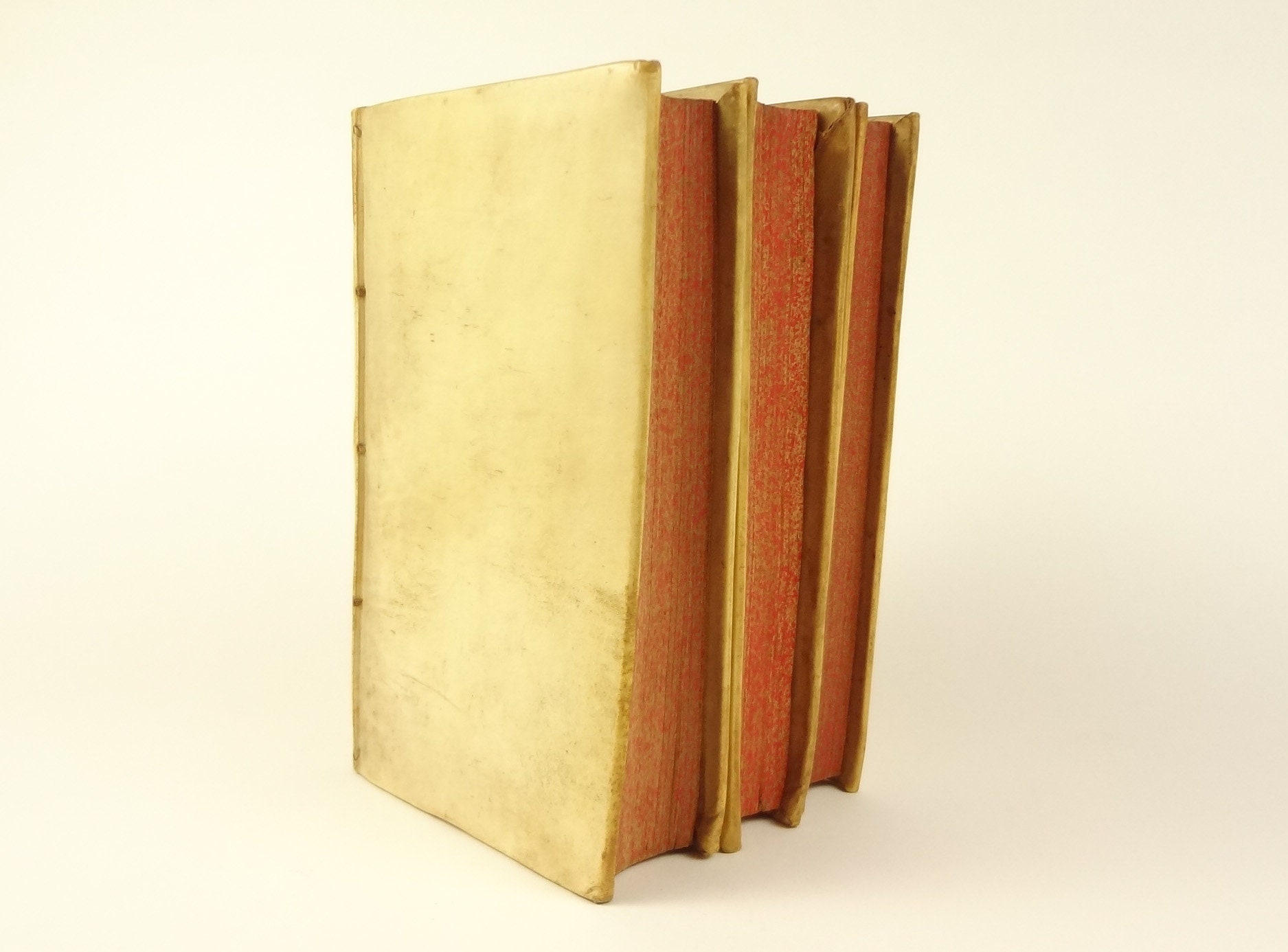 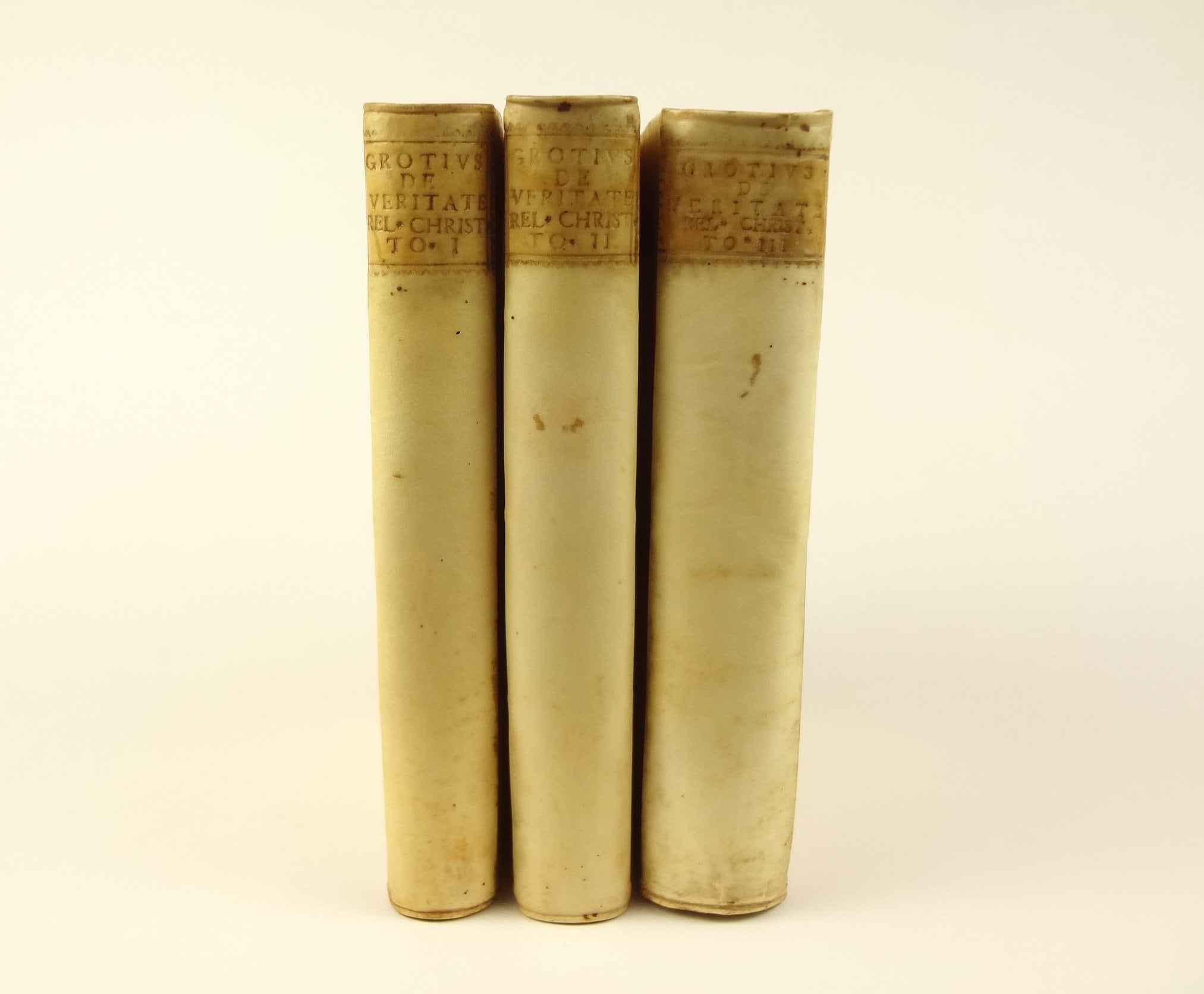 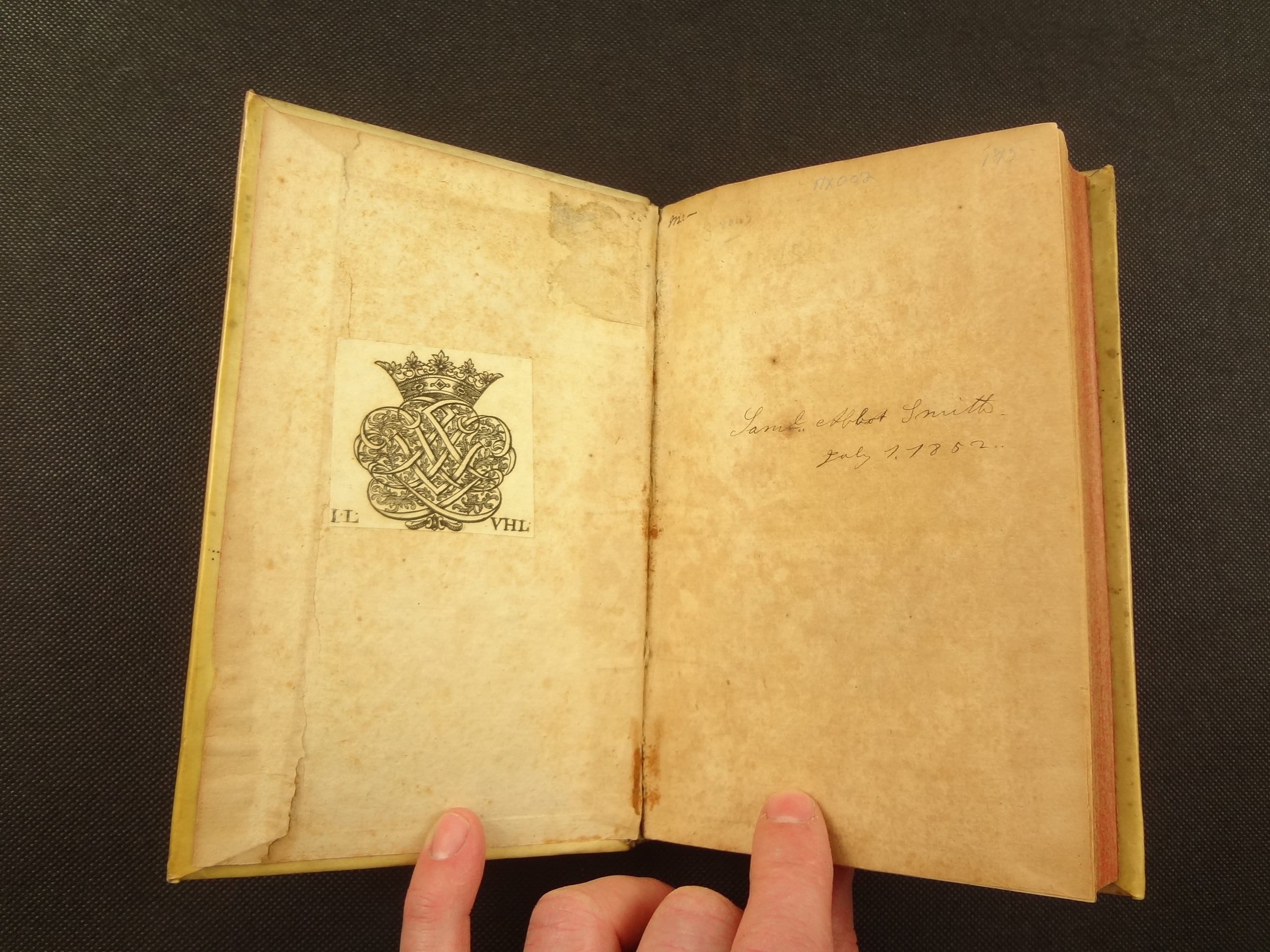 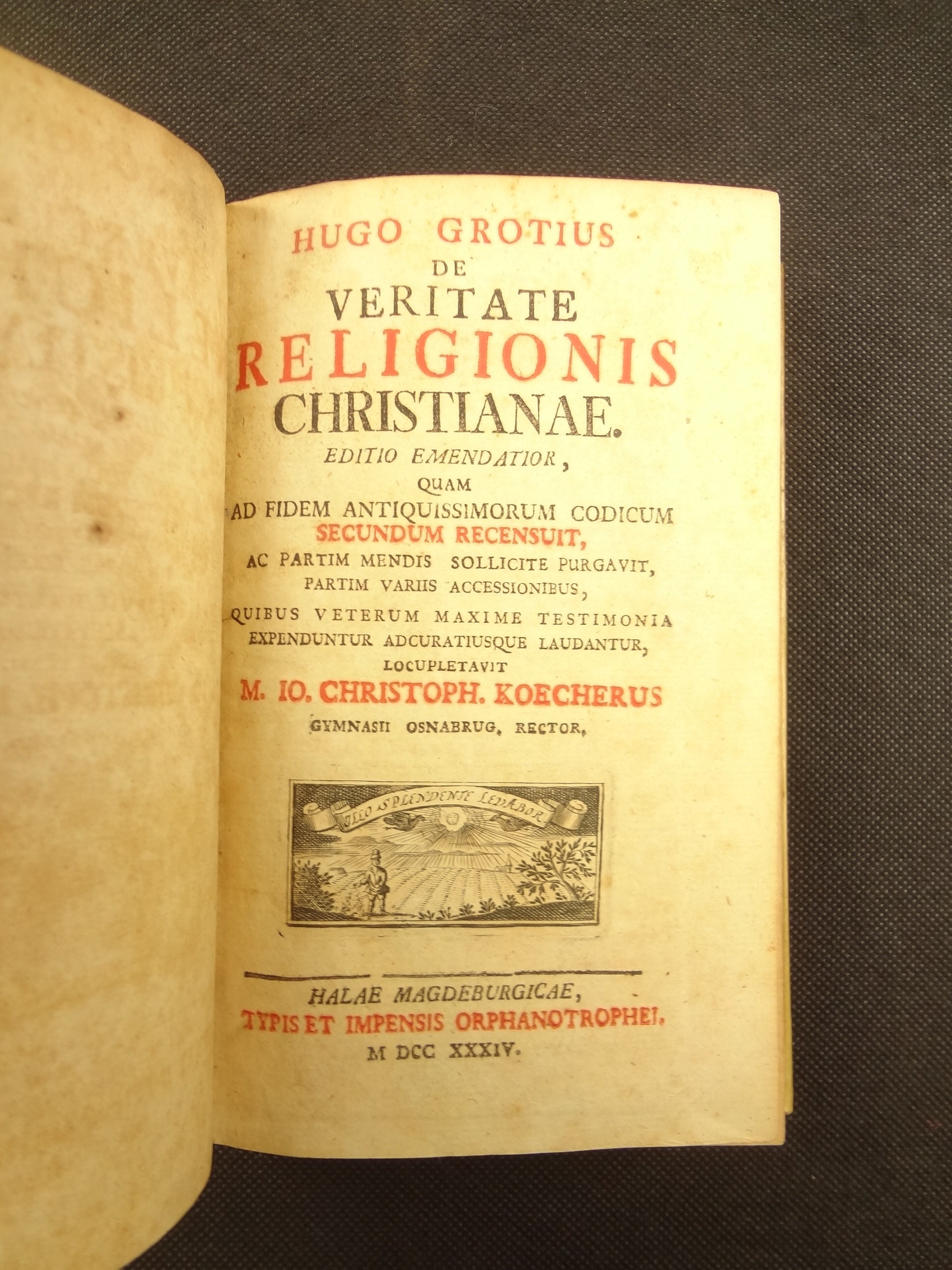 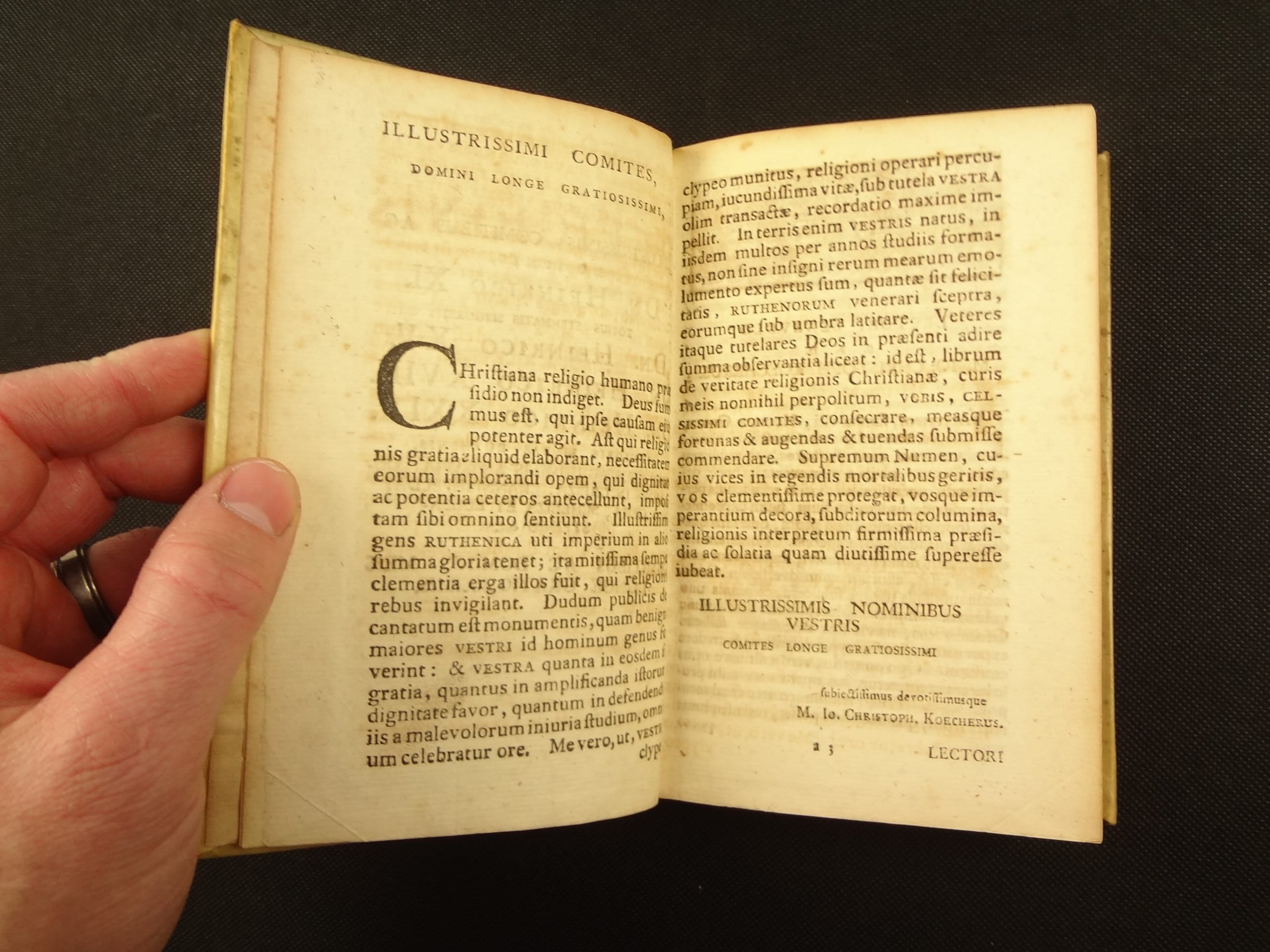 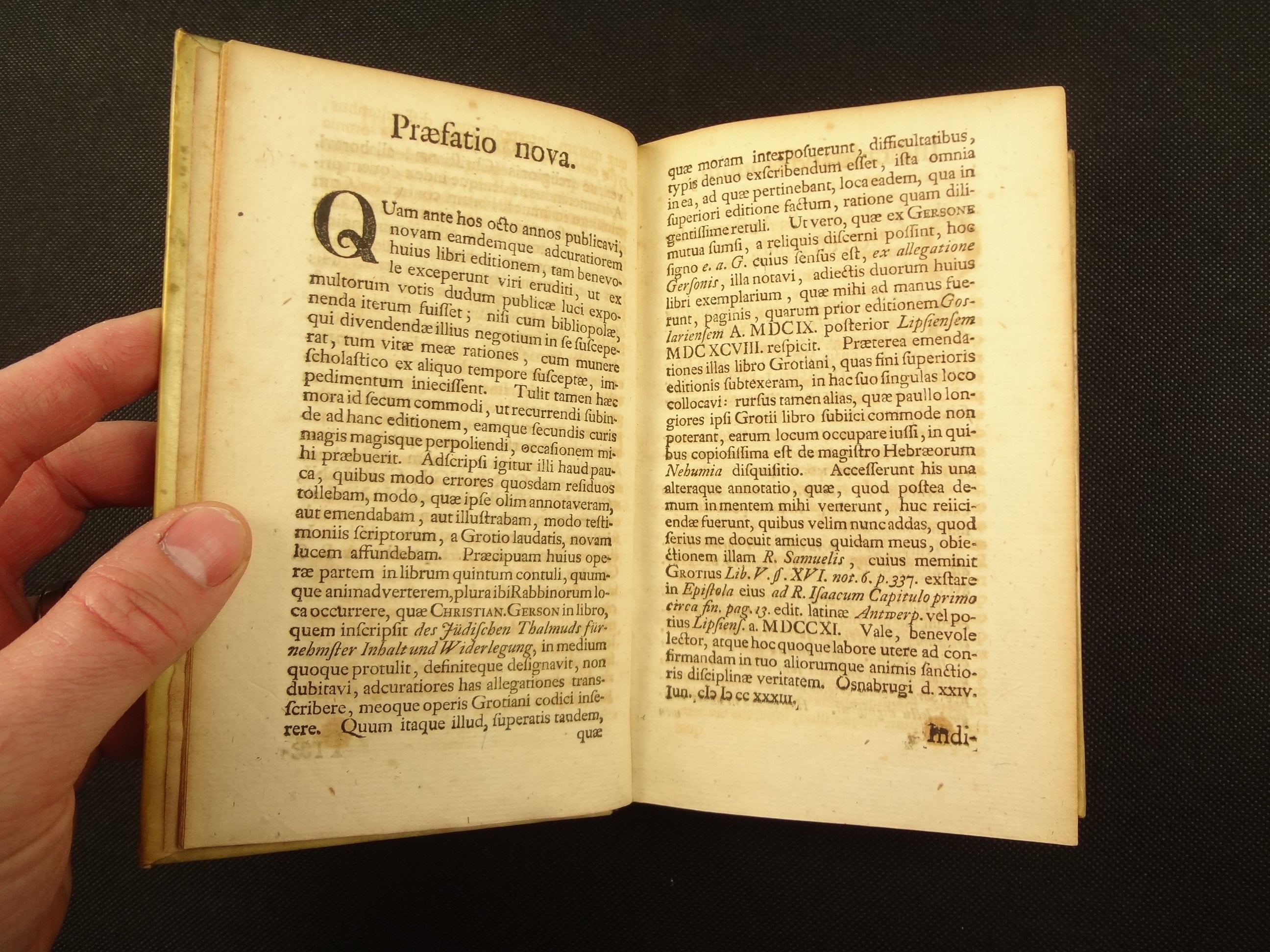 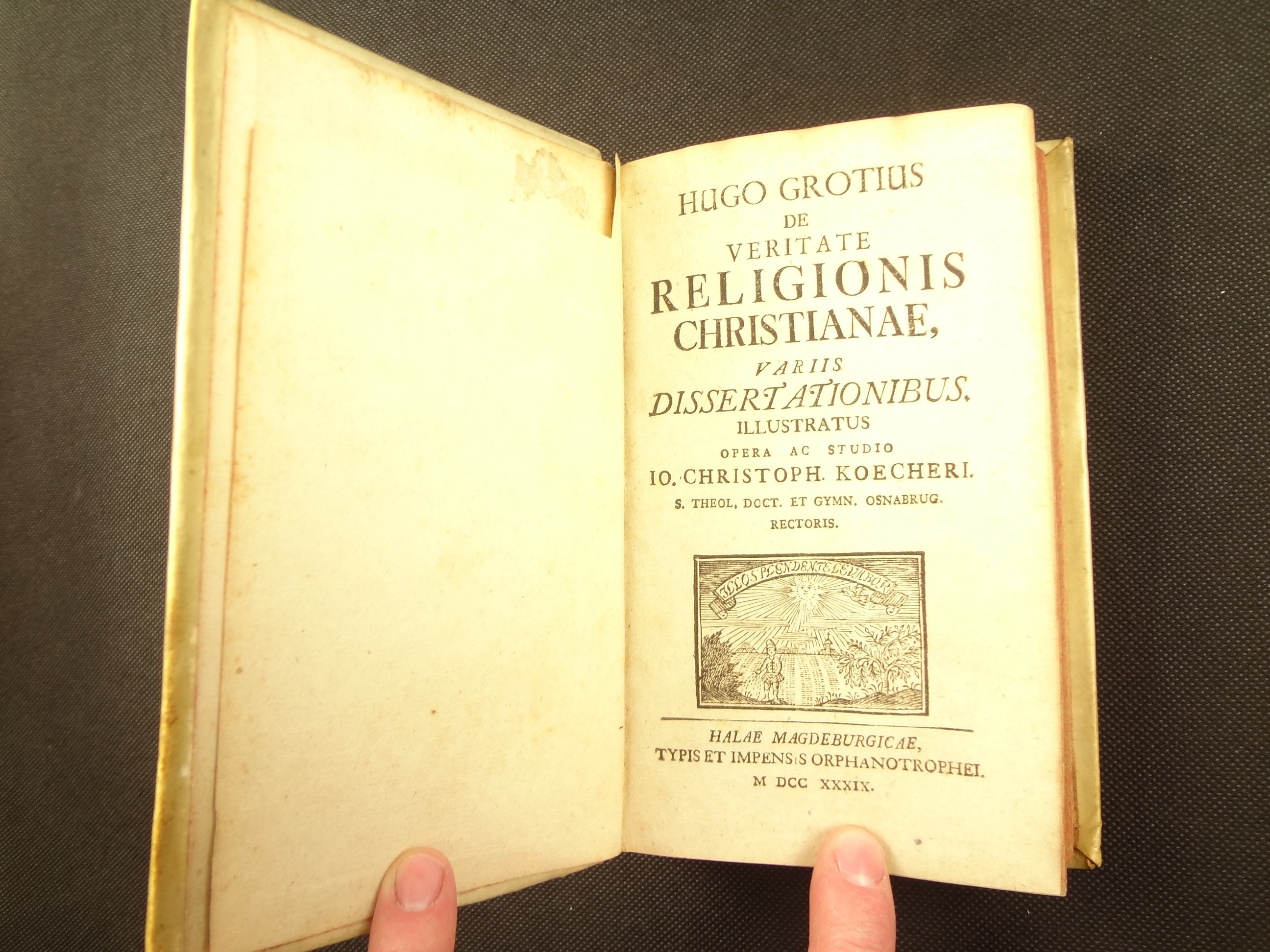 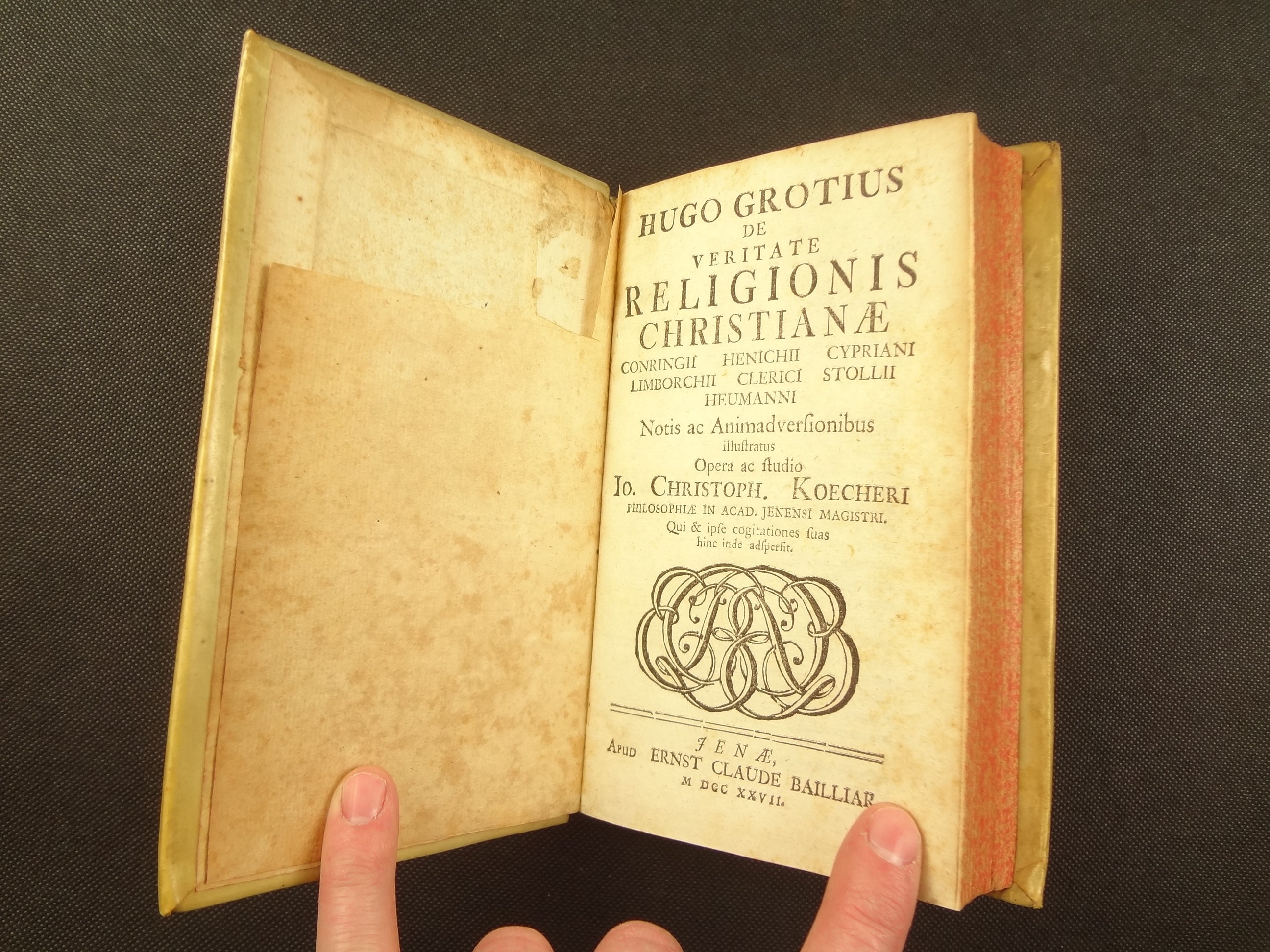 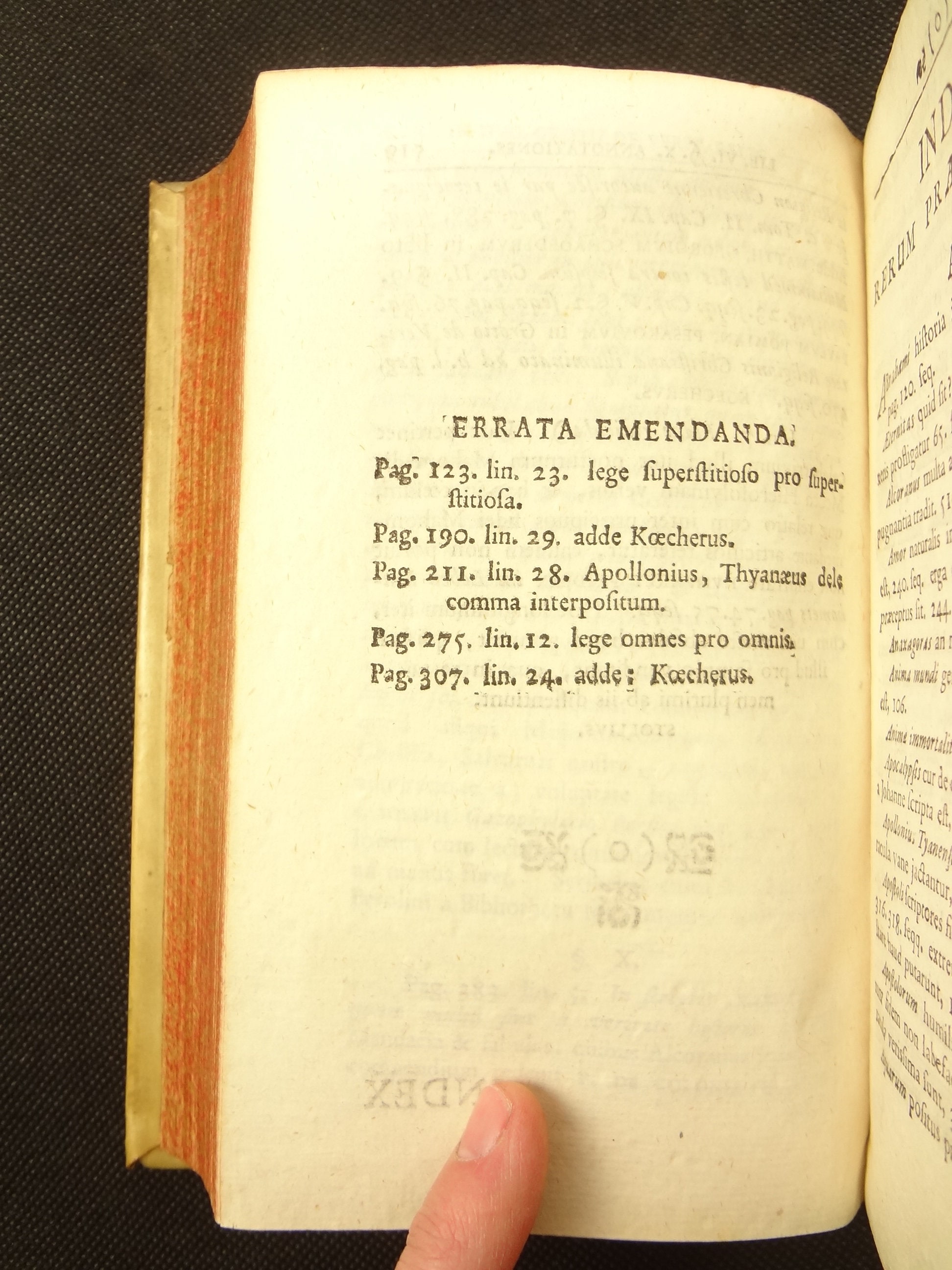 1734 De Veritate Religionis Christianae (On The Truth of the Christian Religion), Hugo Grotius

While in Paris, Grotius set about rendering into Latin prose a work which he had originally written as Dutch verse in prison, providing rudimentary yet systematic arguments for the truth of Christianity. The Dutch poem, Bewijs van den waren Godsdienst, was published in 1622, the Latin treatise in 1627, under the title De veritate religionis Christianae.

Hugo Grotius (1583 – 1645), also known as Huig de Groot or Hugo de Groot was a Dutch jurist. Along with the earlier works of Francisco de Vitoria and Alberico Gentili, Grotius laid the foundations for international law, based on natural law. A teenage intellectual prodigy, he was imprisoned for his involvement in the intra-Calvinist disputes of the Dutch Republic but escaped hidden in a chest of books. He wrote most of his major works in exile in France. It is thought that Hugo Grotius was not the first to formulate the international society doctrine, but he was one of the first to define expressly the idea of one society of states, governed not by force or warfare but by actual laws and mutual agreement to enforce those laws.

See pictures. Some marks, rubs, etc. to boards, and a few corners bumped but mostly nicely bound. Ex libris plate on pastedown, some bookseller and previous owner annotations on blank front endpapers. Volumes II and III have the top of their flyleaf (1st blank endpaper) clipped at the top. Some toning to pages and occasional foxing spot within text block. I don't find any annotations or tears in the text block.