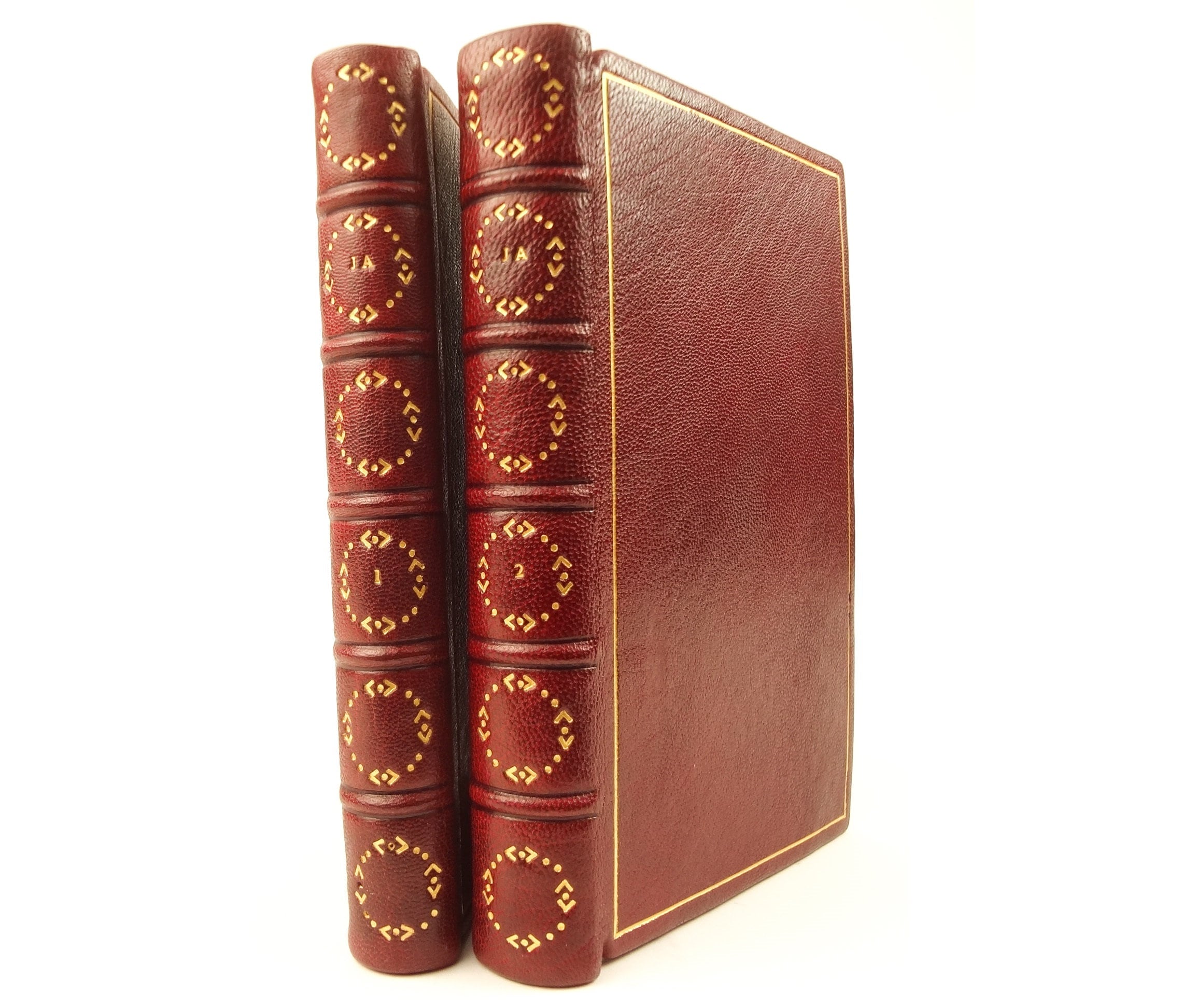 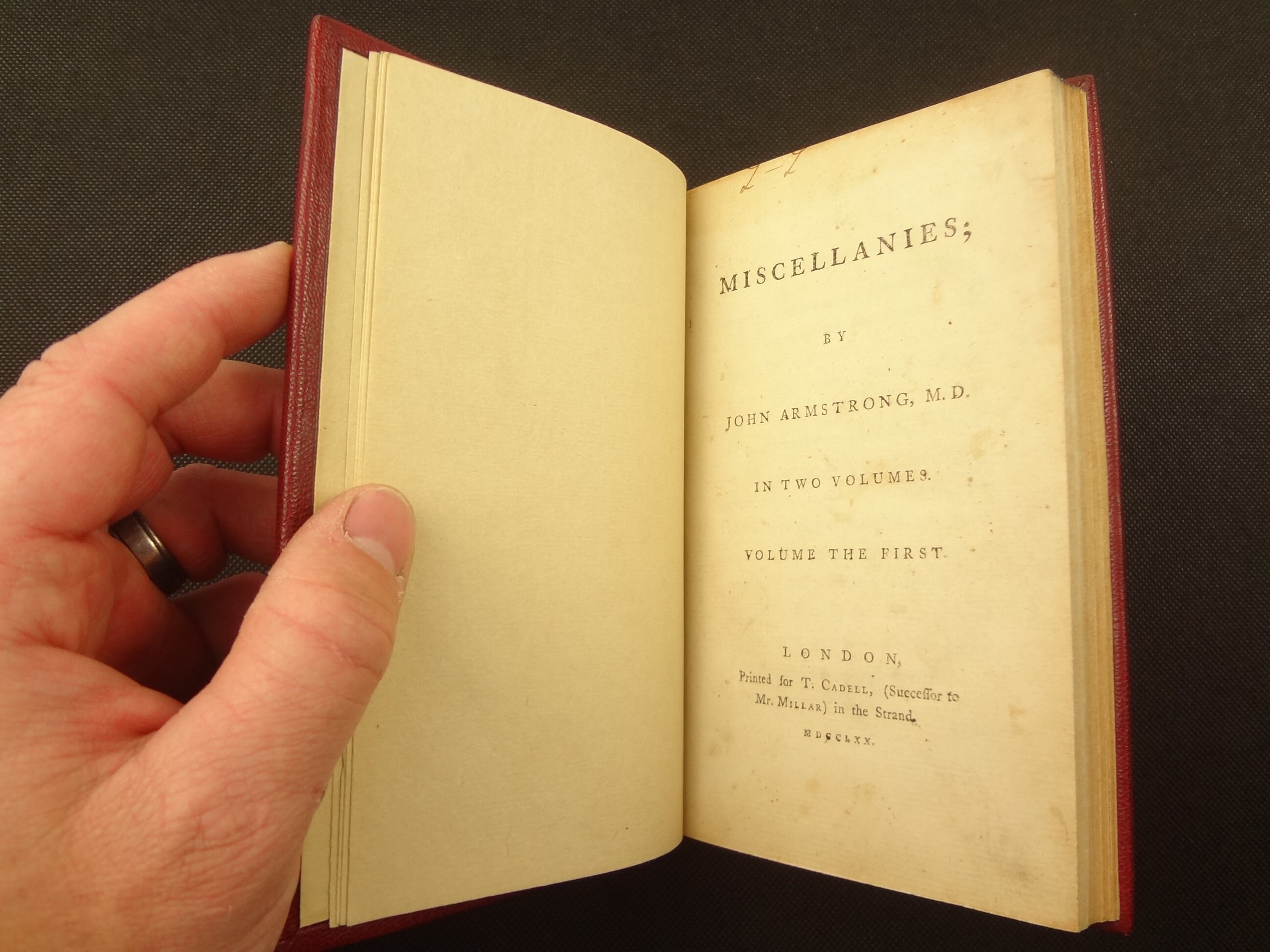 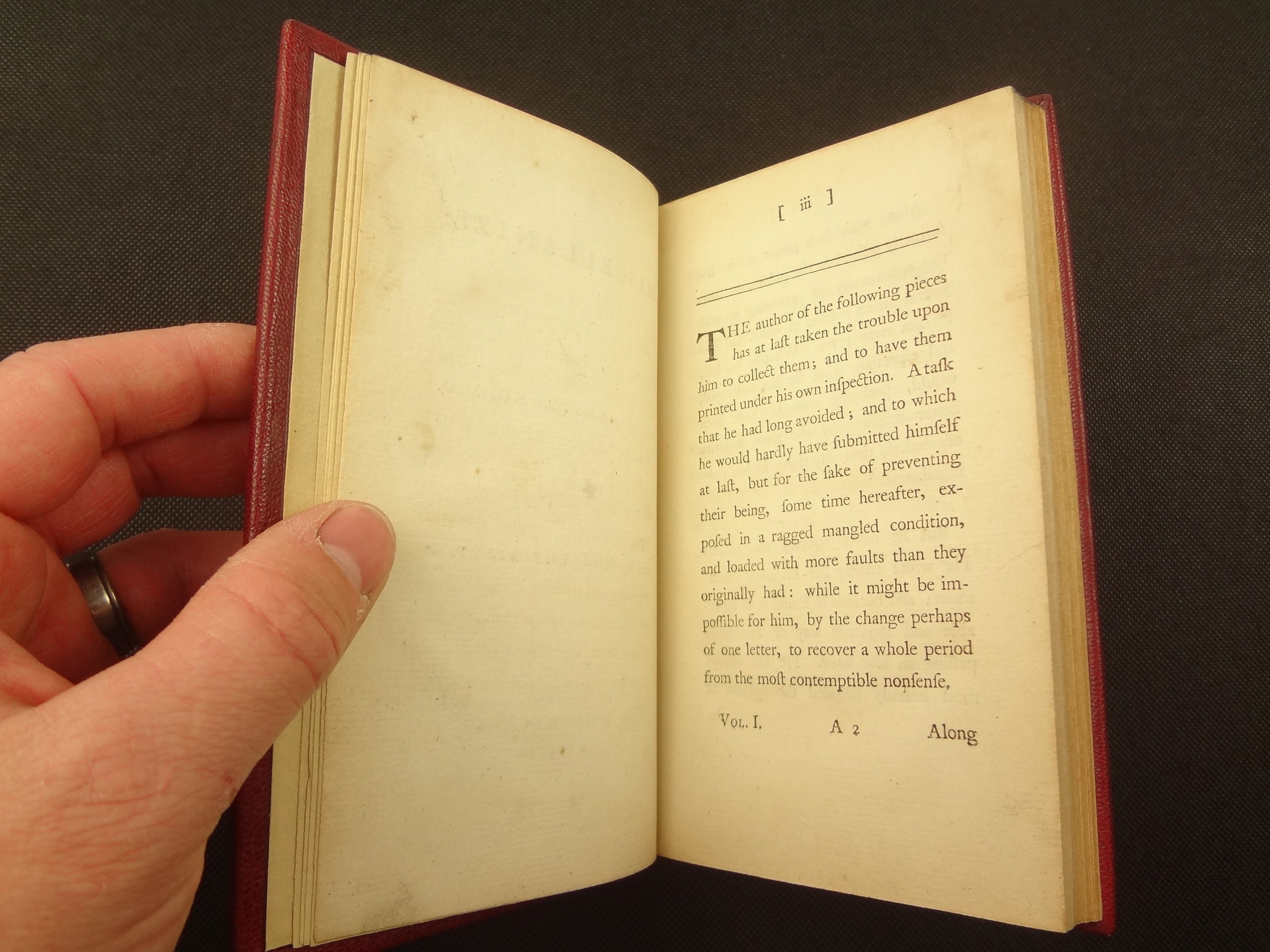 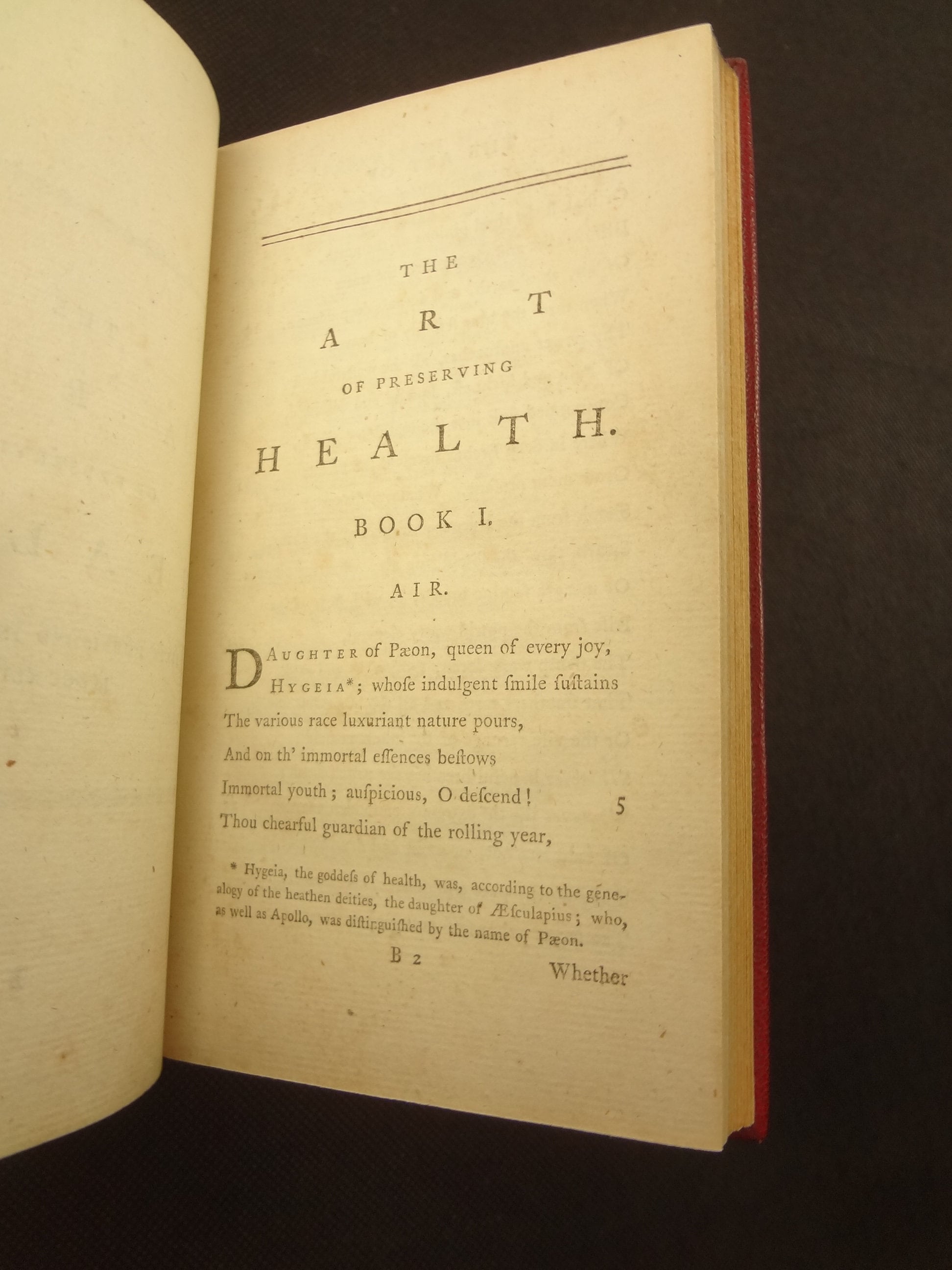 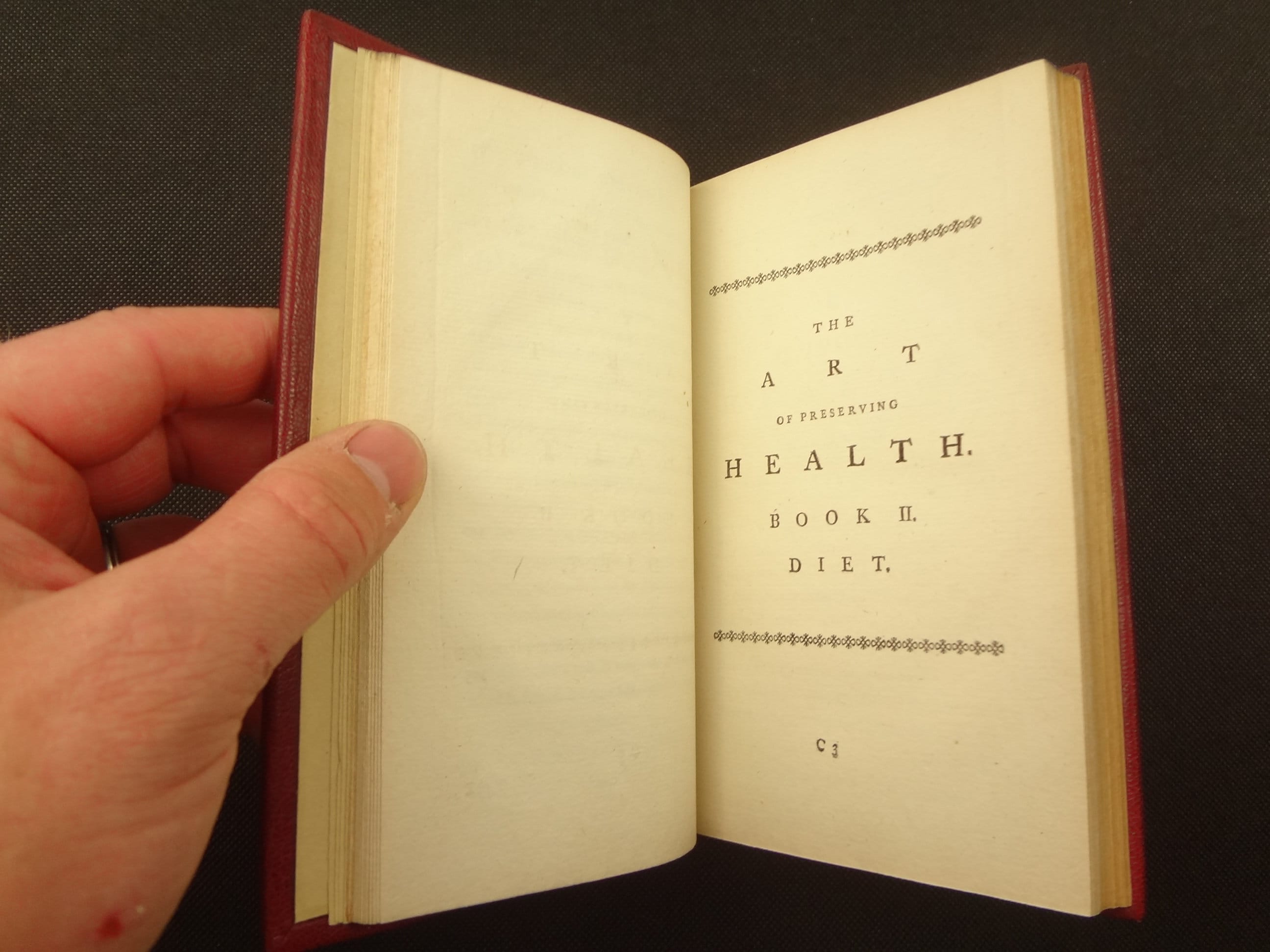 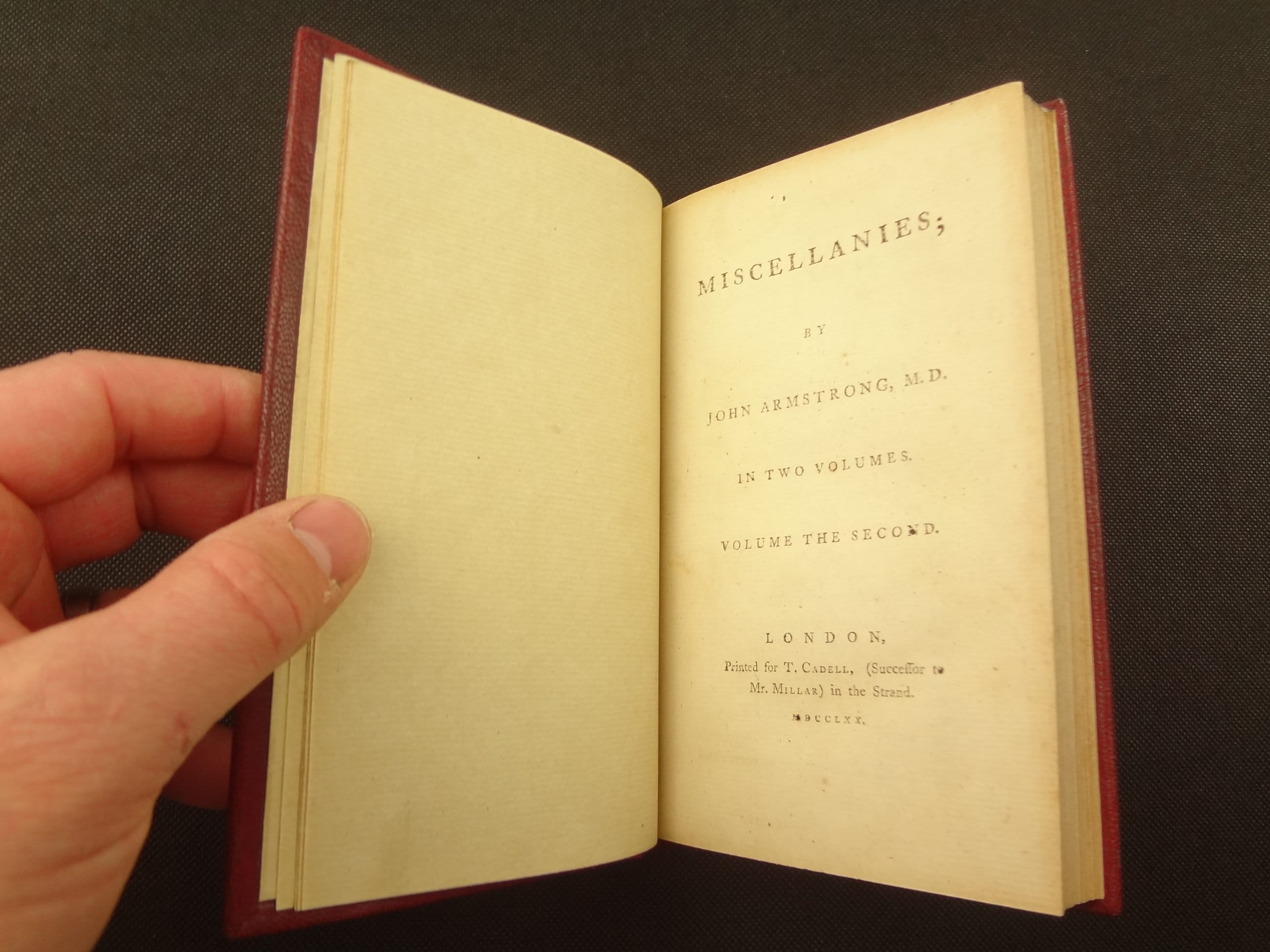 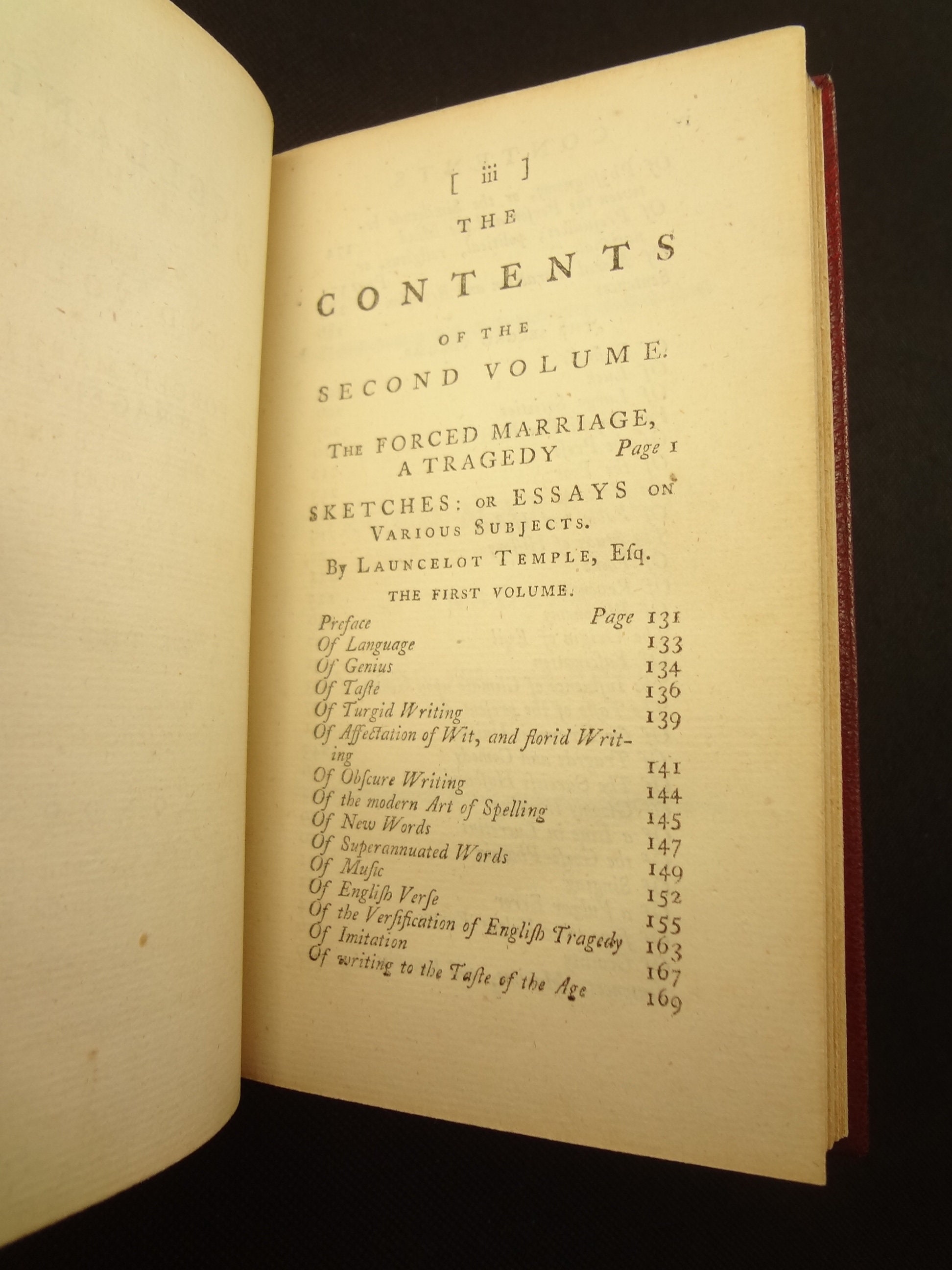 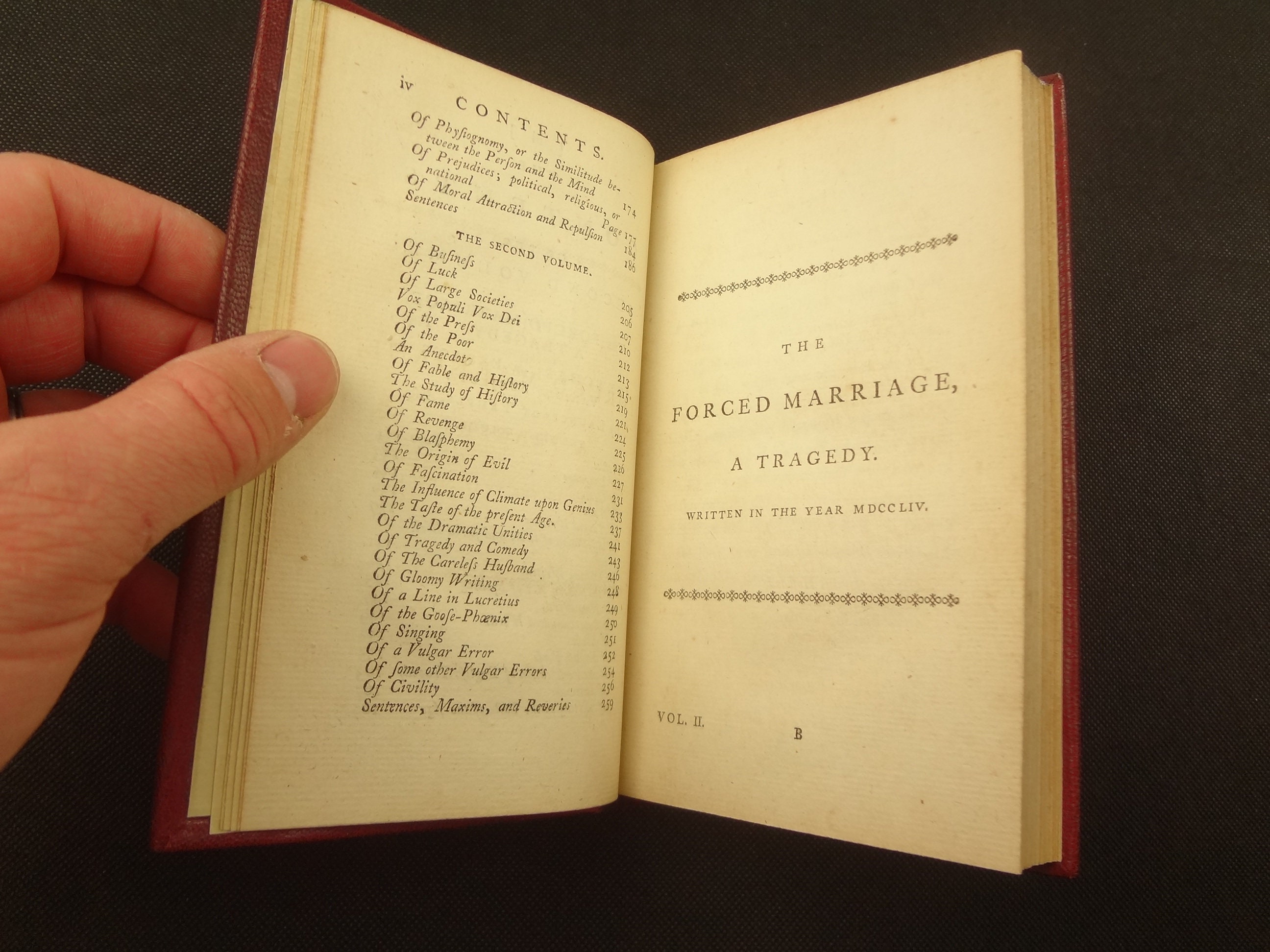 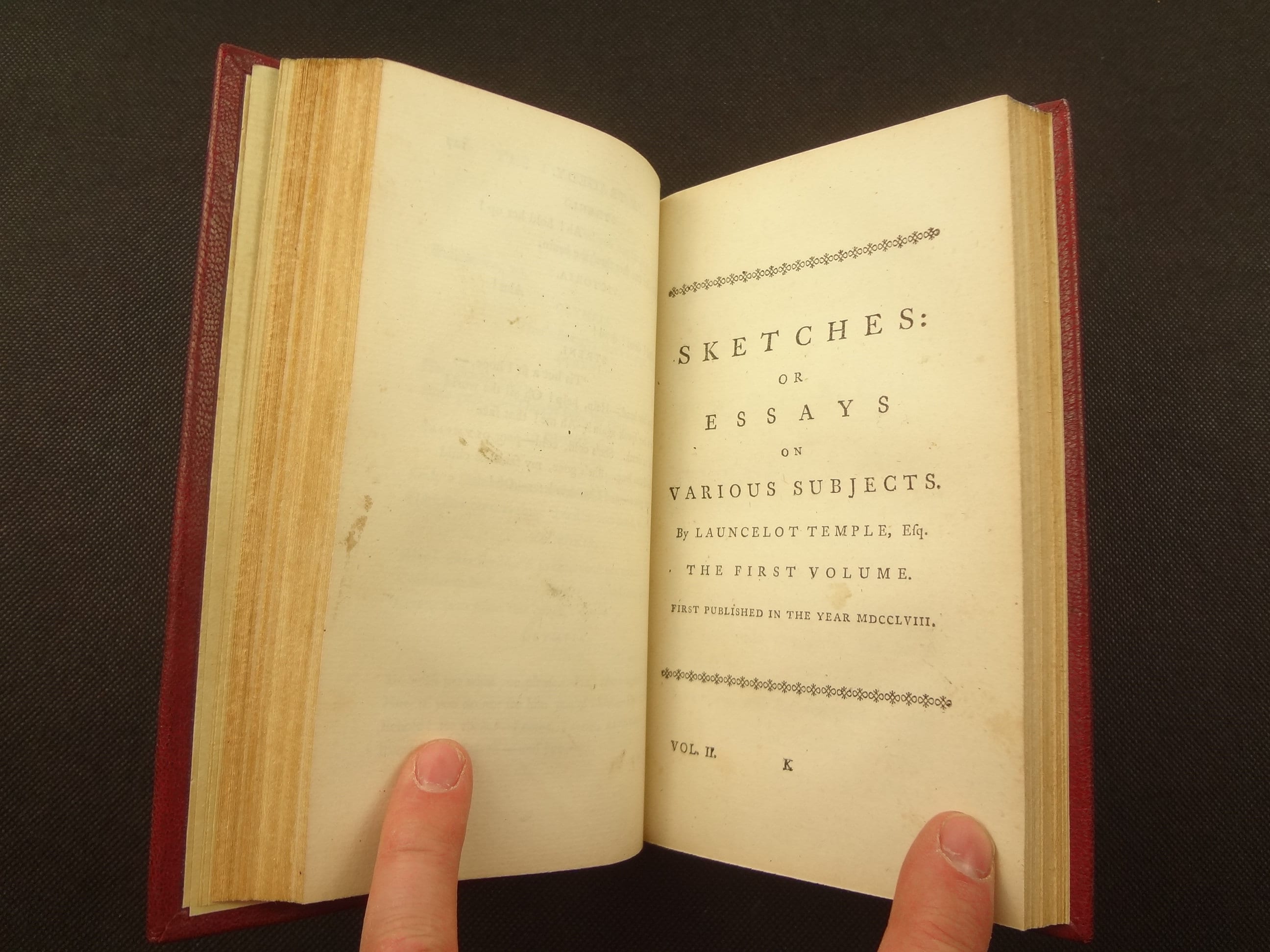 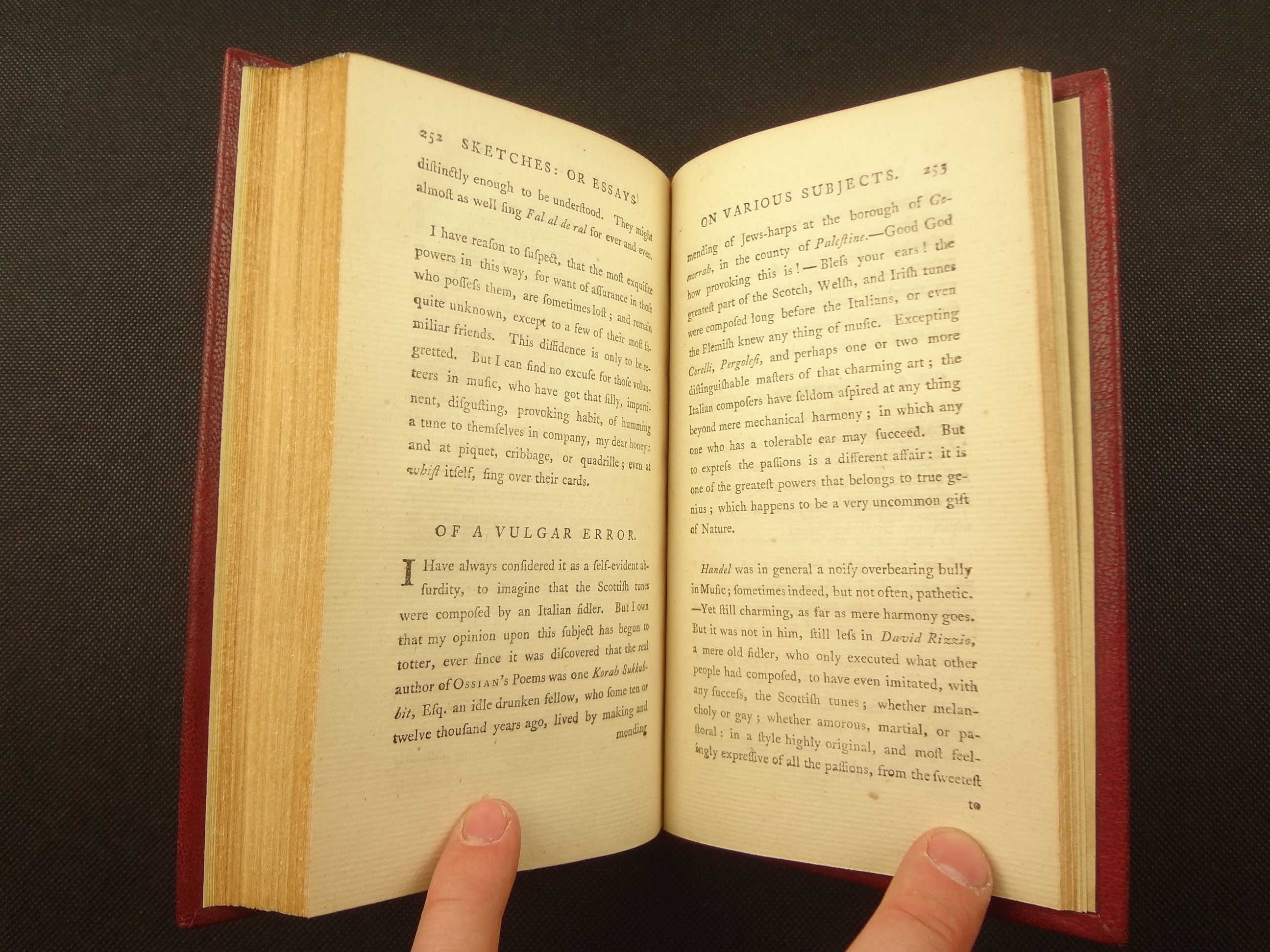 A hearty handsome fine binding , with thick rich leather and strong bird beaks (top and bottom of joints) graces this clean 1770 edition of John Armstrong's Miscellanies (works). Includes such classics as Armstrong's The Art of Preserving Health, The Forced Marriage and his Sketches; I do not see The Oeconomy of Love. A very clean copy, with fresh binding, no thumbing, and little dust to the top-edge; with good care it will provide amusement for hundreds of years.

Dr. John Armstrong (1709–1779) was a physician, poet, and satirist. He was born at Castleton Manse, the son of Robert Armstrong, minister of Castleton, Roxburghshire, Scotland John studied medicine and gained his MD at the renowned University of Edinburgh (being the first to graduate 'with distinction' in 1732) before establishing a successful medical practice in London.

John Armstrong is remembered as the friend of James Thomson, David Mallet, and other literary celebrities of the time, and as the author of a poem on The Art of Preserving Health, which appeared in 1744, and in which a somewhat unpromising subject for poetic treatment is gracefully and ingeniously handled. Under the pseudonym "Launcelot Temple, Esq", he published Sketches, or, Essays on Various Subjects in 1758.

Interesting note, vol. 1 quire signatures O3 and O7 are cancels (cut out at gutter and replaced with new sheets glued to the tab remnant. This was standard for this printing due to some errror in the printing.

See pictures. Very little wear to bindings, .5 cm rub along bottom edge of volume one. Occasional gilt rub/loss along fillet borders. Ex libris removed from pastedown of volume one, leaving faint marks. A few bookseller and owner annotations in graphite on the endpapers. Title page has trimmed initial at top-edge margin. Rear of title page to Letter to the Editor has a quote from Pope in an old hand. Possibly washed, the text blocks are remarkably clean but perhaps the slightest grayed. Only an occasional spot. No thumbing.