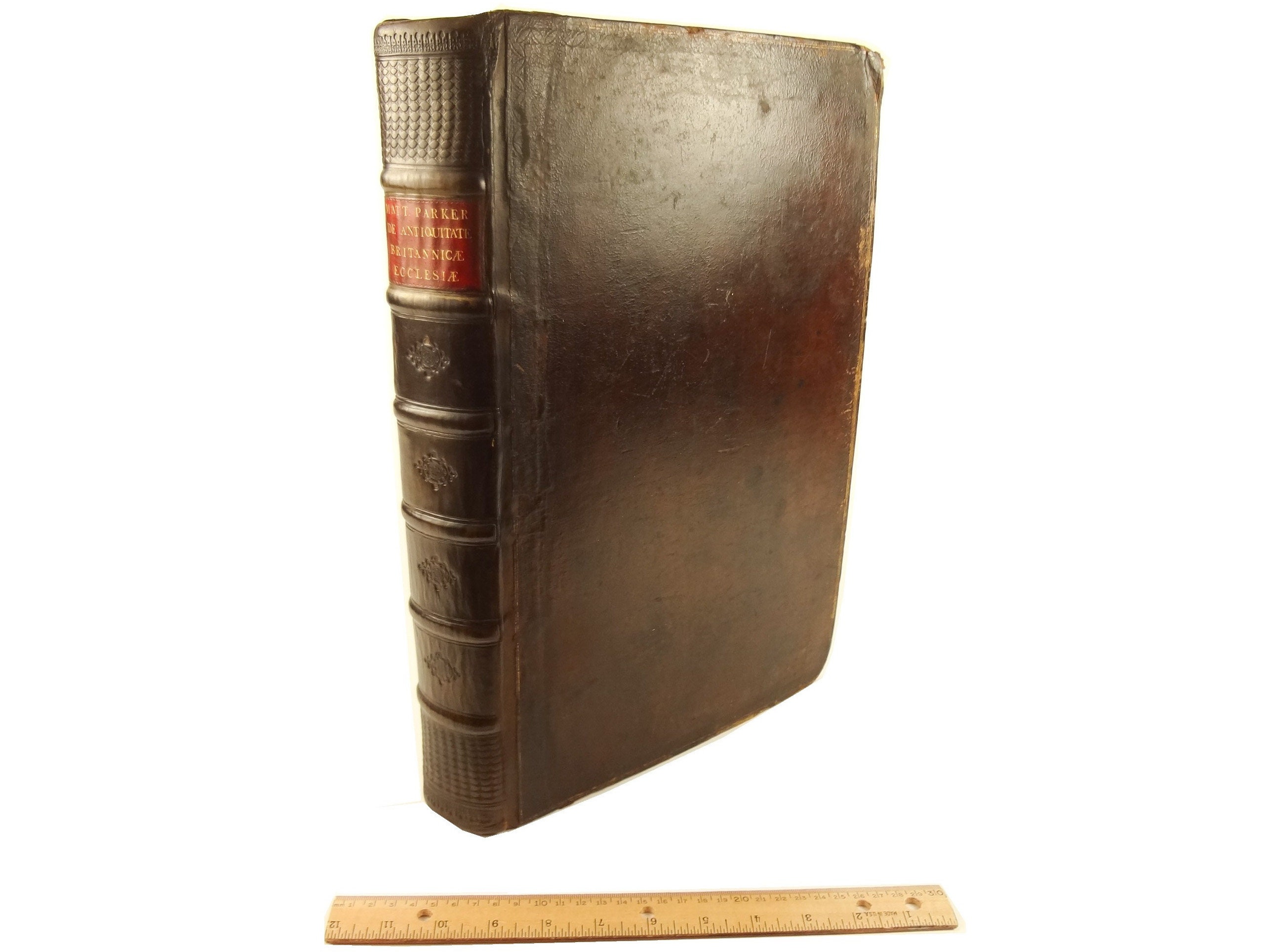 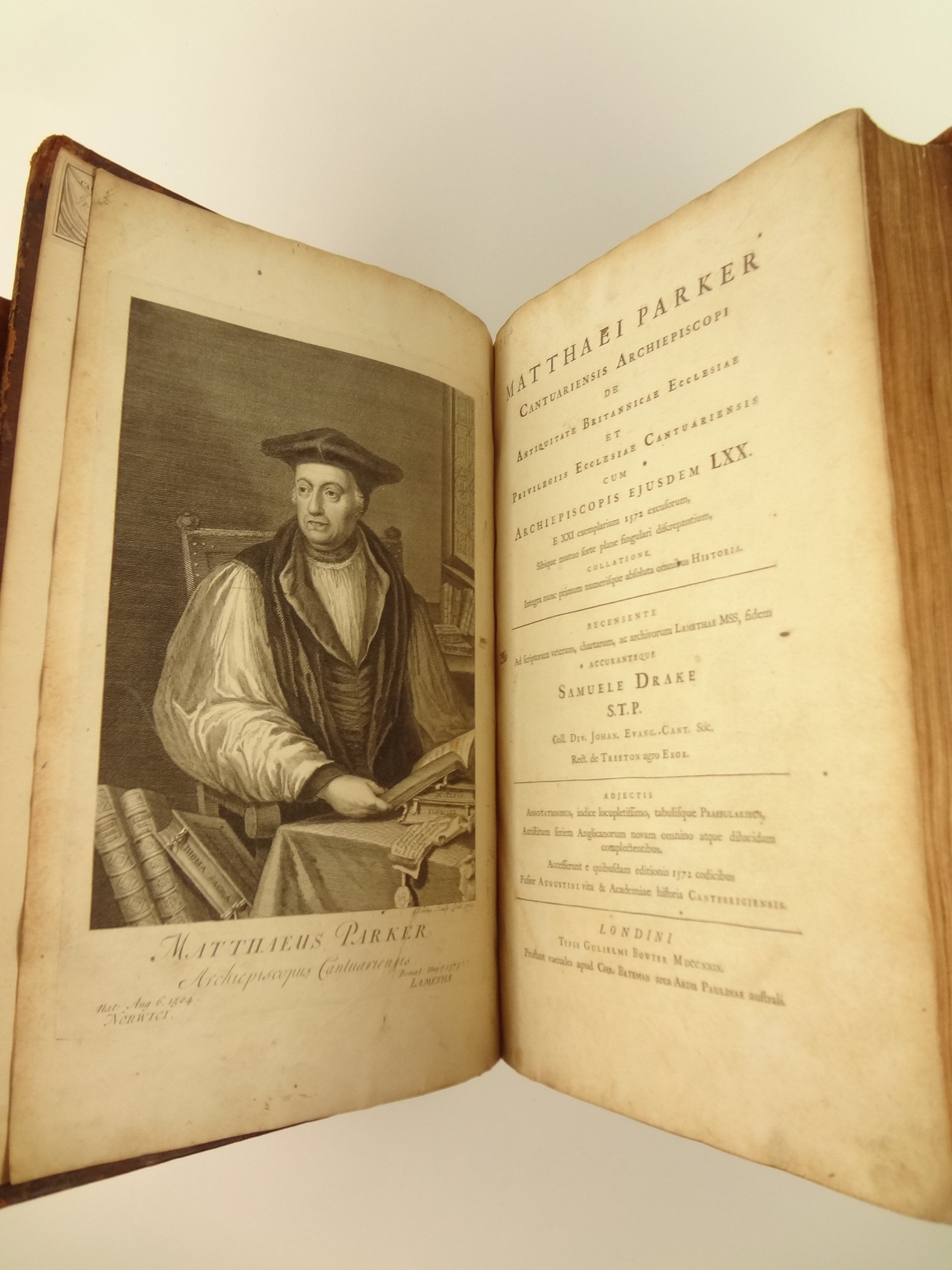 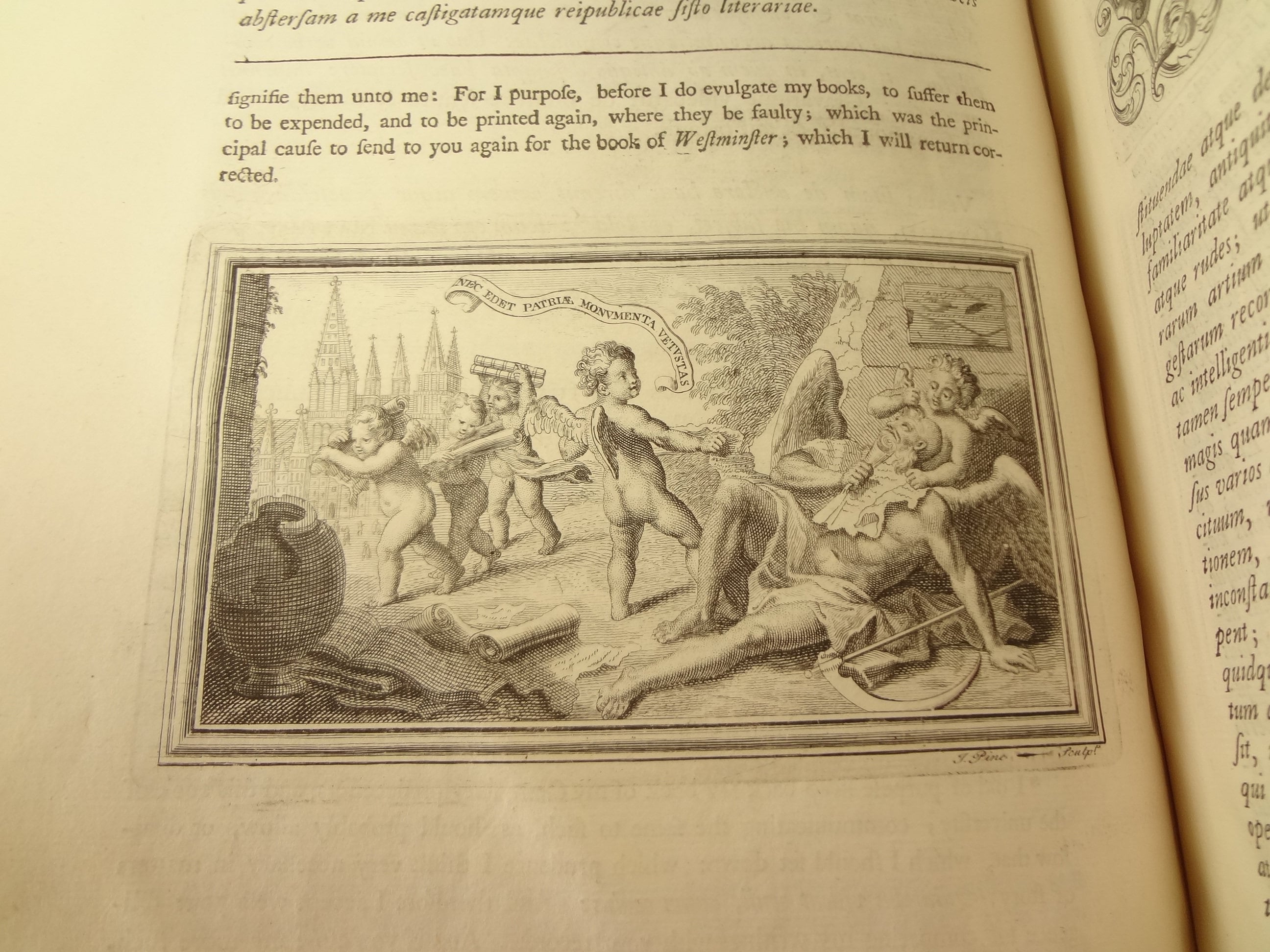 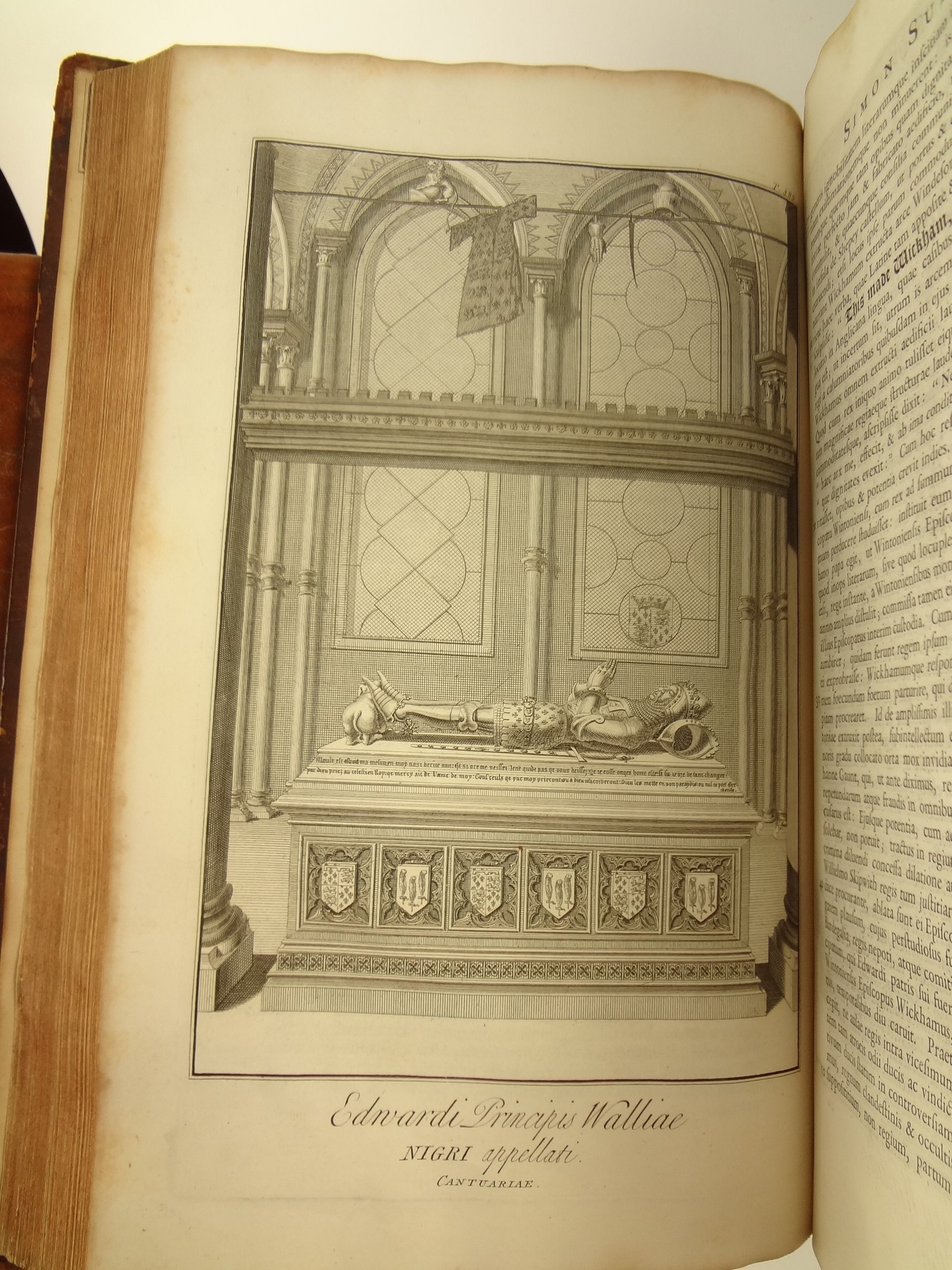 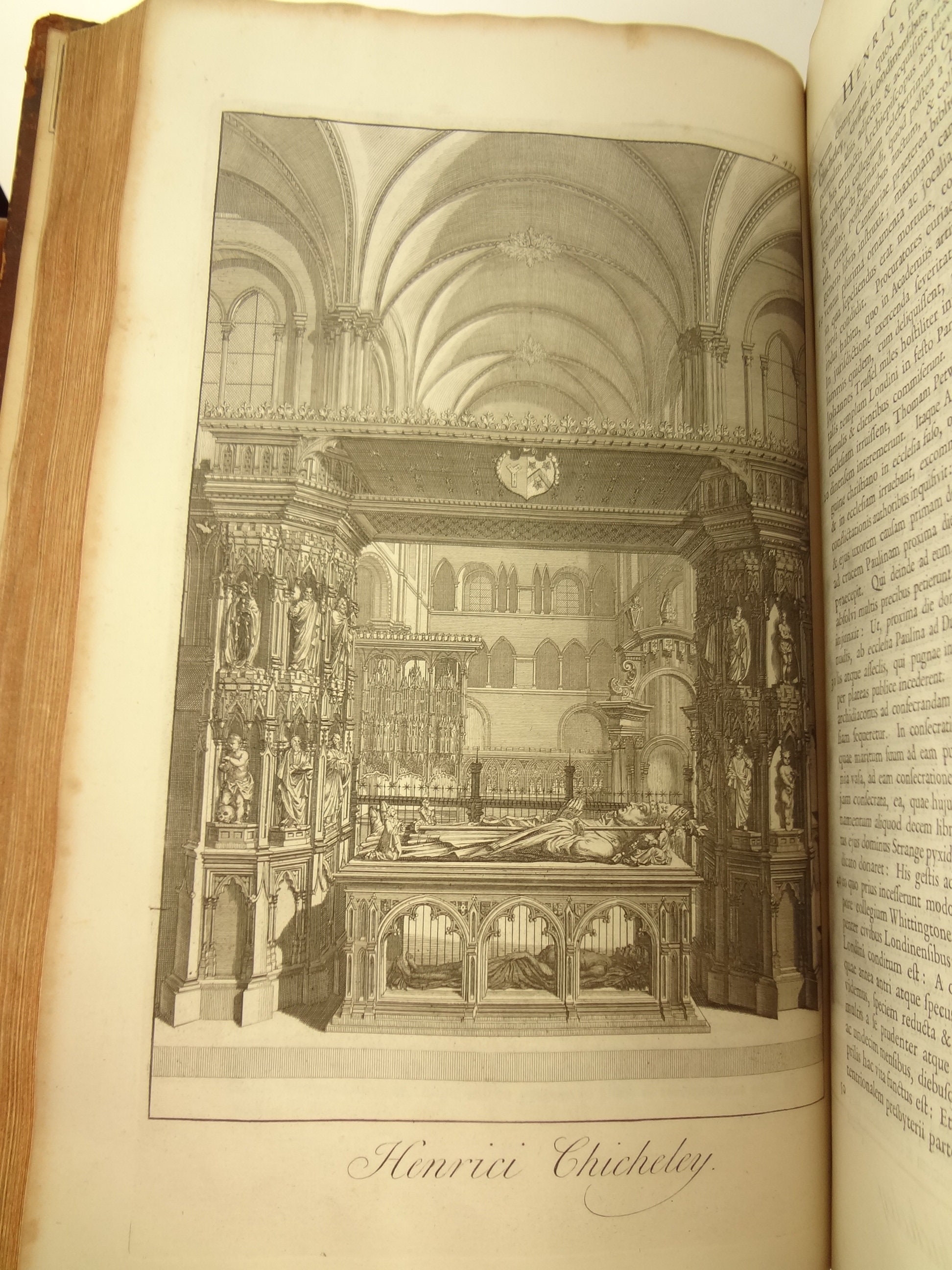 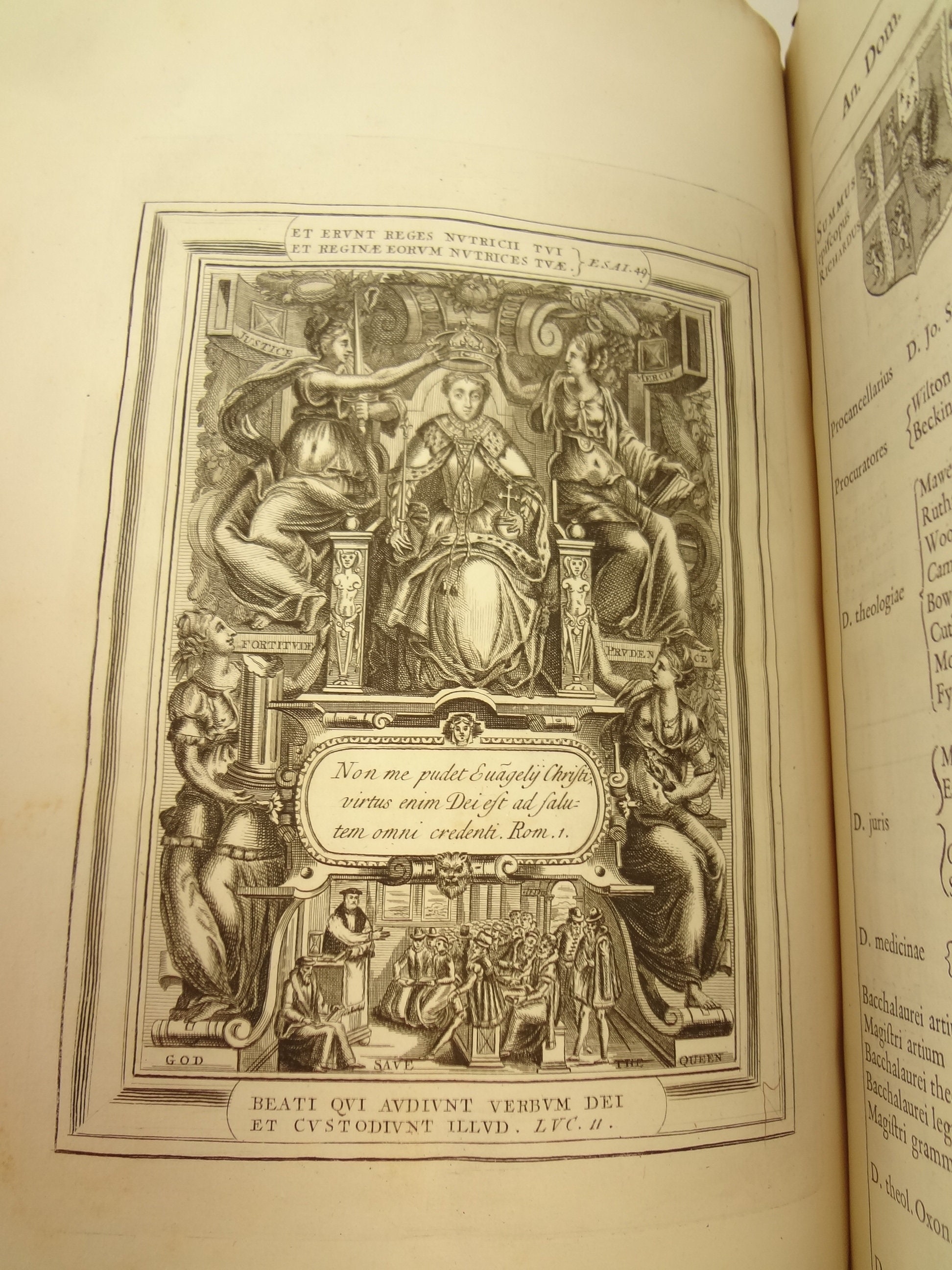 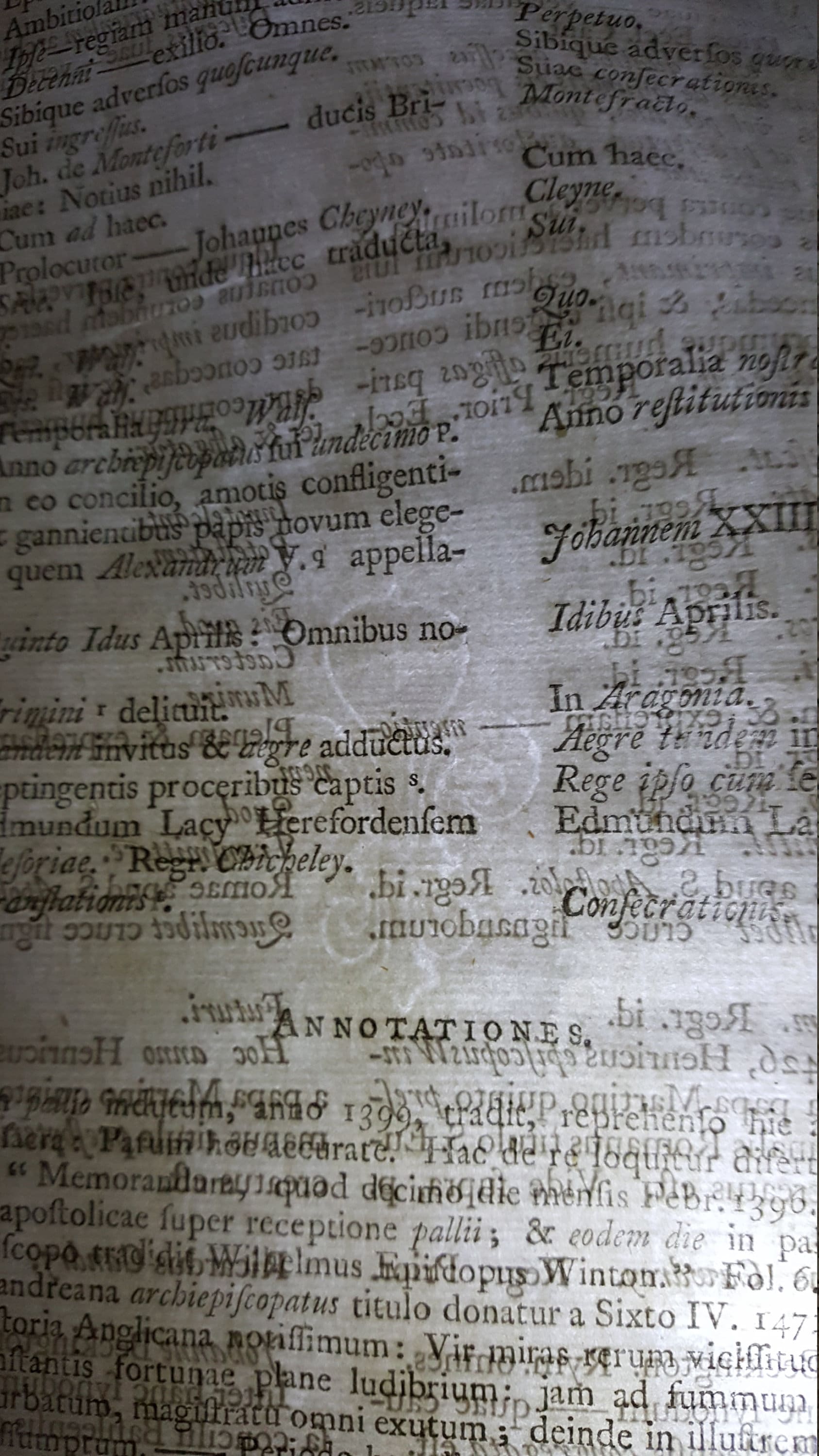 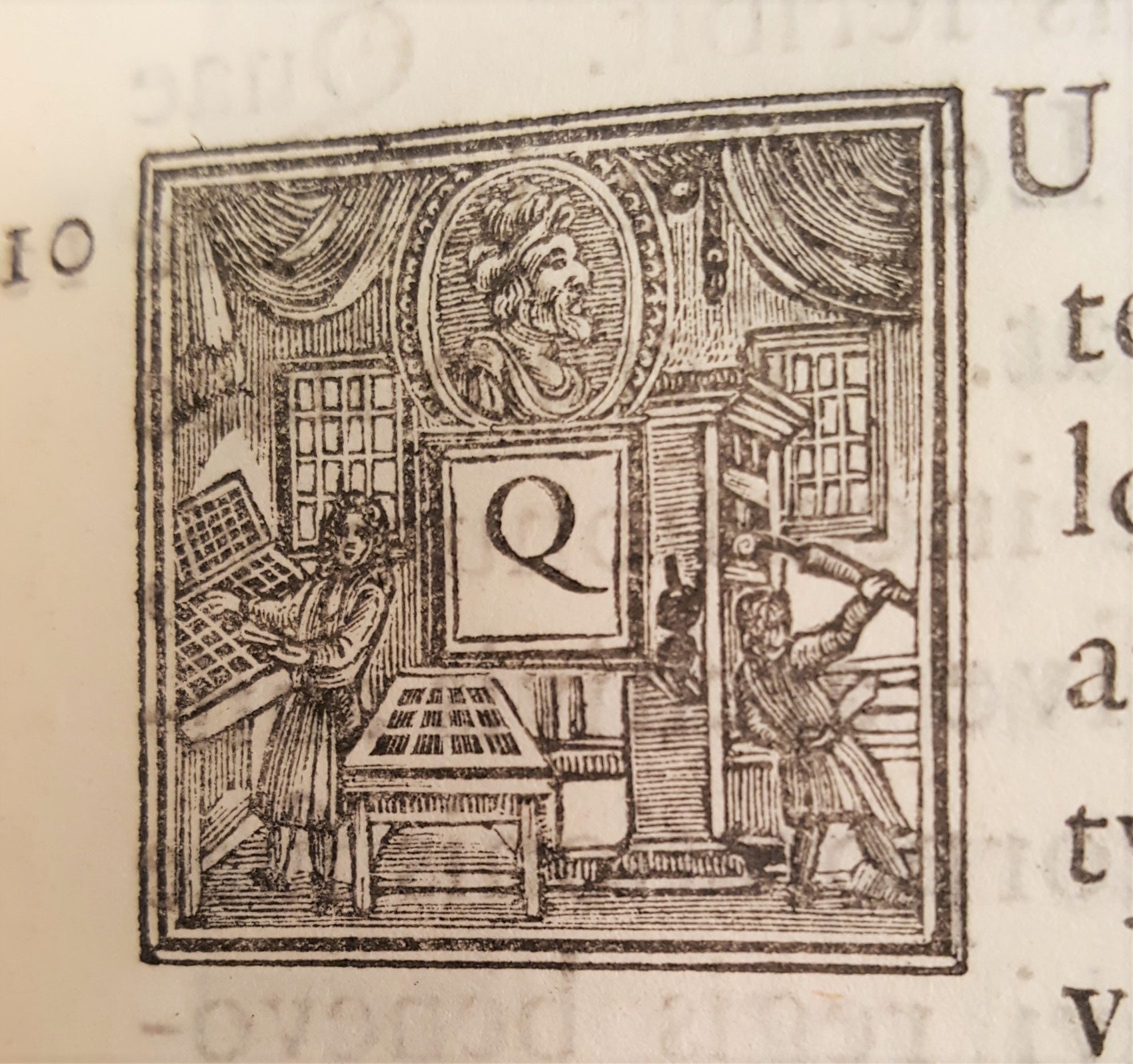 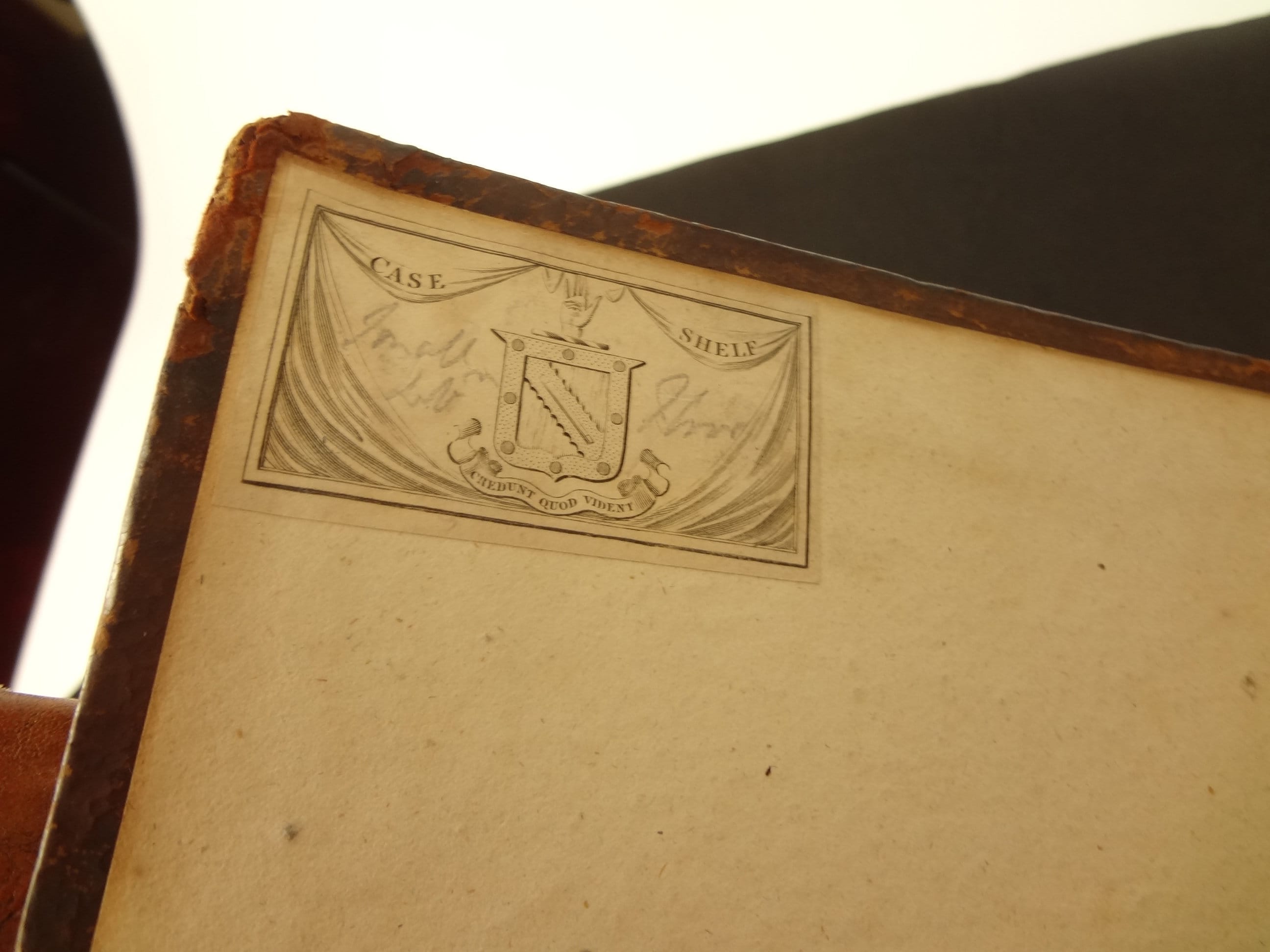 1729 Antiquitate Britannicae Ecclesiae, by Matthew Parker, with 29 plates, and (likely; see note below) on "royal paper". Provenance of Sir Gilbert Elliot (ex libris plate). This printing edited from the 1572 edition by Samuel Drake, with an introduction. Like the 1572 edition, it also has the Academiae Historia Cantebrigiensis at the rear.

“Matthew Parker (1504-1575), Archbishop of Canterbury, was one of the earliest Anglo-Saxonists; his work had the political purpose of attempting to bolster the Church of England's split from Rome by using Anglo-Saxon ecclesiastical texts as evidence that the English Church was the most authentic form of Christianity, especially with regard to episcopal authority and transubstantiation. This work was first printed in 1572 and may be the first privately printed book in England.” (University of Notre Dame Rare Books Collections, web posting)

The printer, Bowyer, kept records which state that 500 copies of this edition were printed on regular paper, 100 on royal paper, and 3 on imperial paper. I cannot find record of how to discern which paper is which, so I conducted my own research. Often this copy has the watermark of a fleur de lis, or Strasburg Lily. Other known "Royal Paper" editions by Bowyer have the Strasburg Fleur de Lis, indicating that what Bowyer considered "royal paper" was produced in Strasburg, and this copy is likely the Royal Paper edition. Also, if you look at the copy scanned to Google Books, it has smaller margins; this might just be through binder trimming, but if you combine the size consideration with the Strasburg Lily watermark, it builds a strong case that this is the "royal paper" edition.