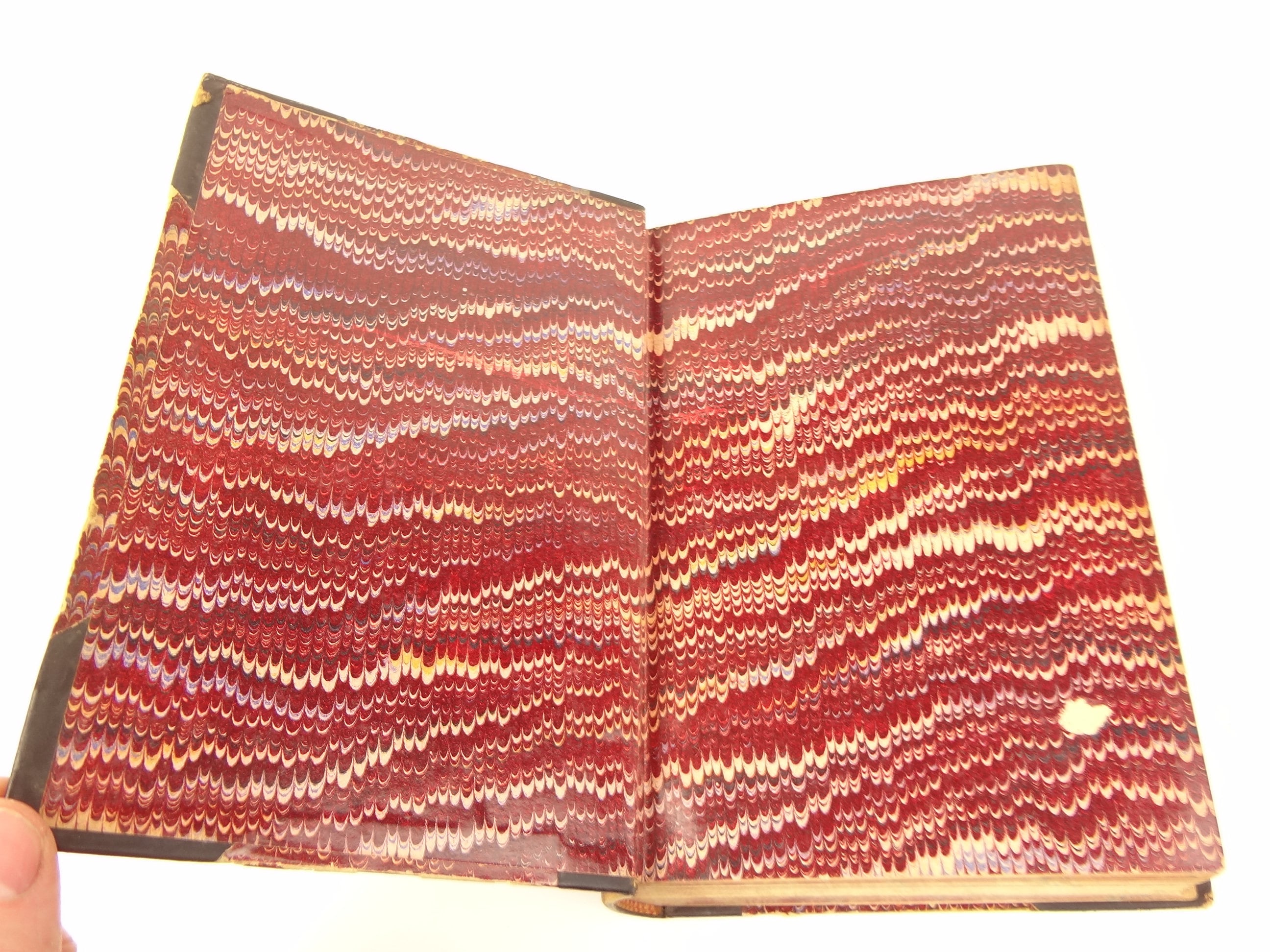 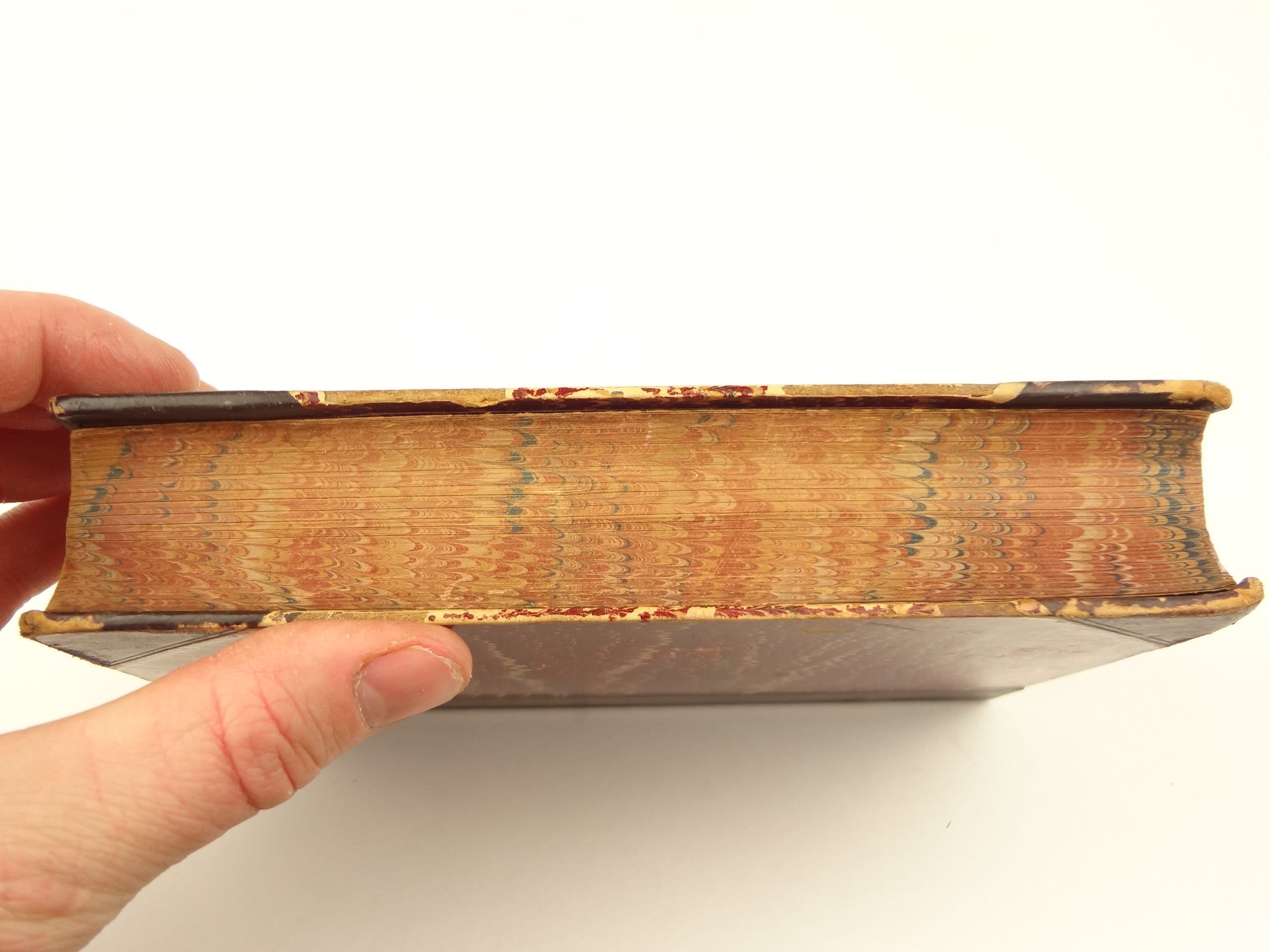 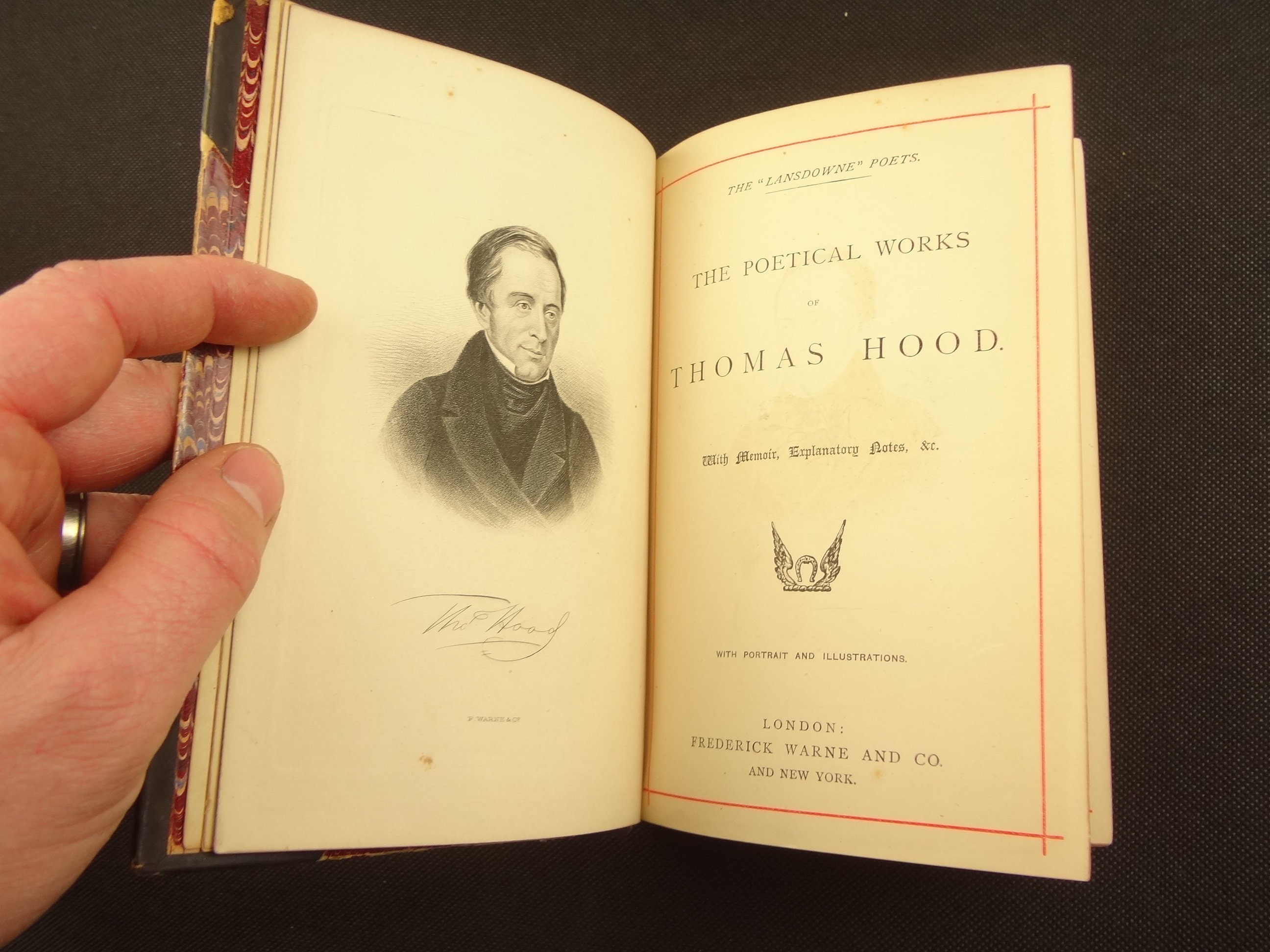 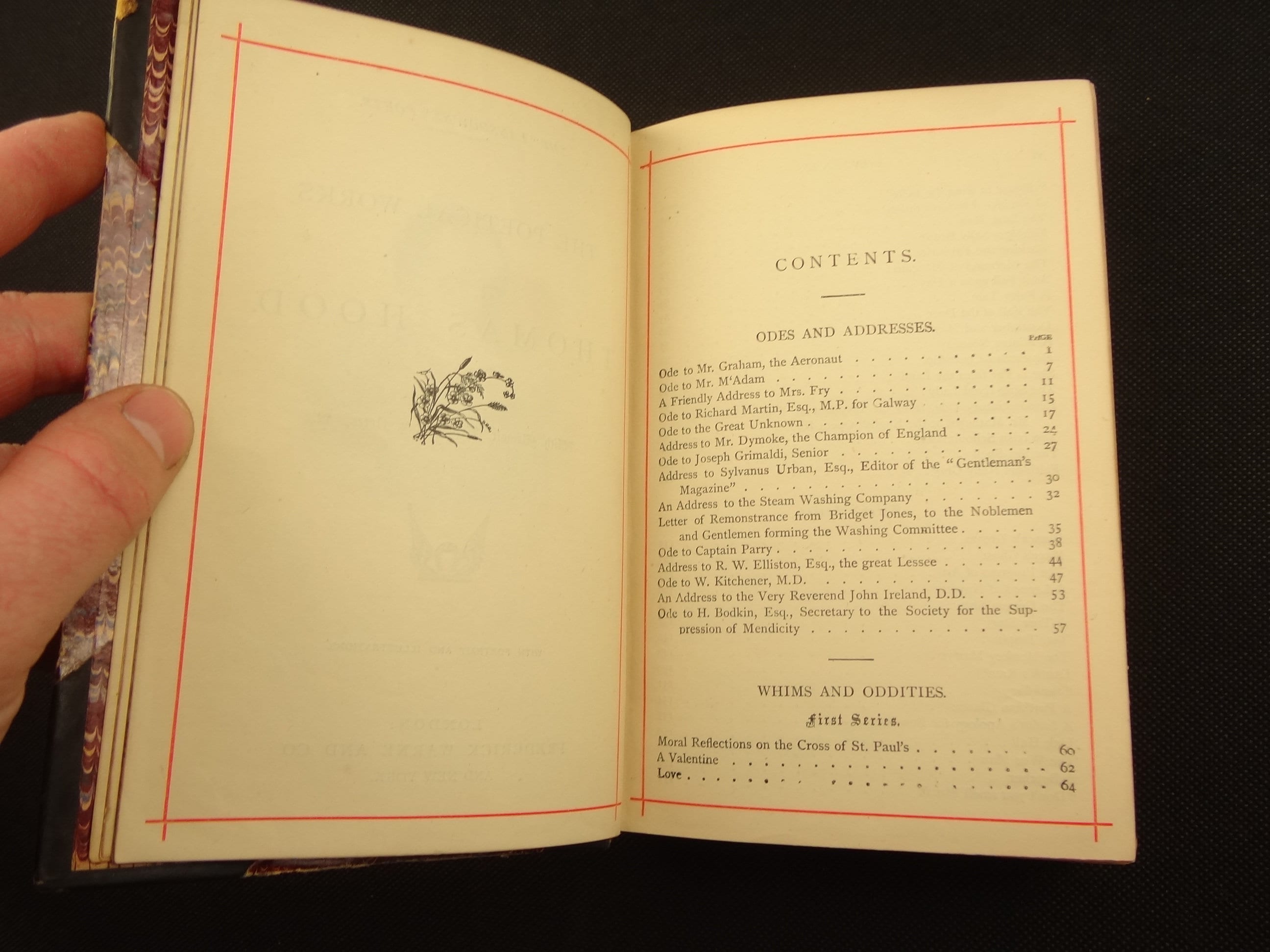 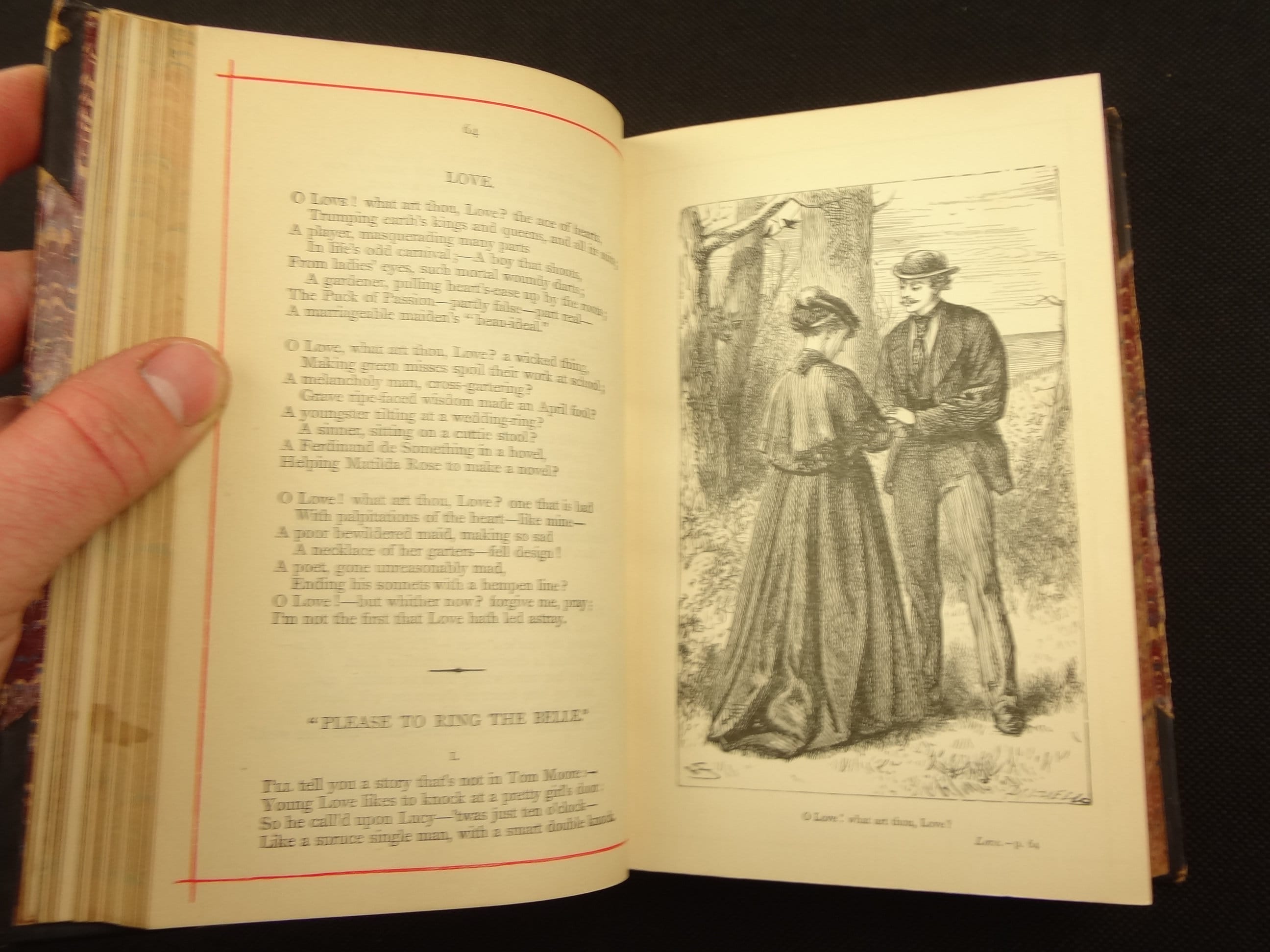 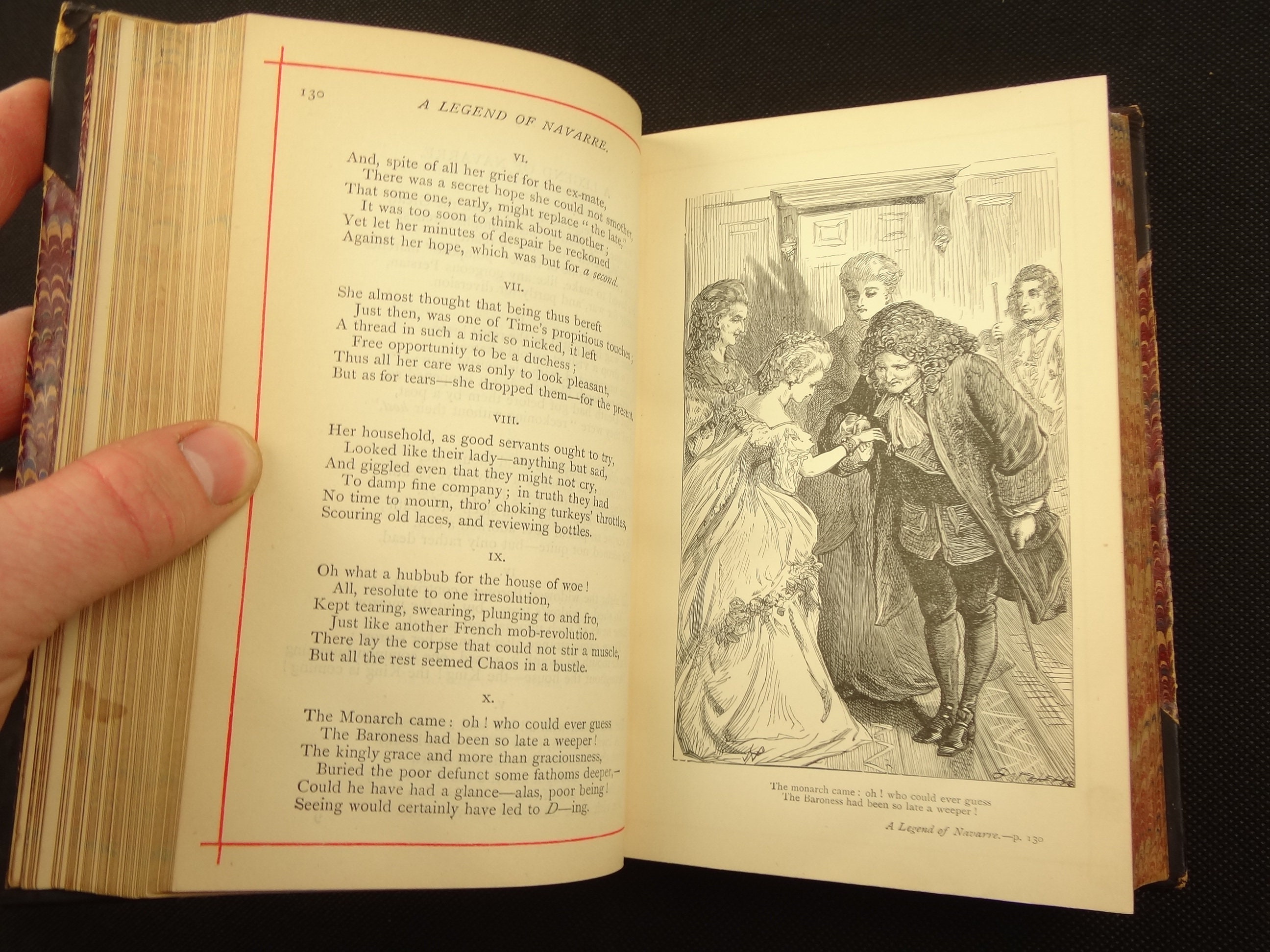 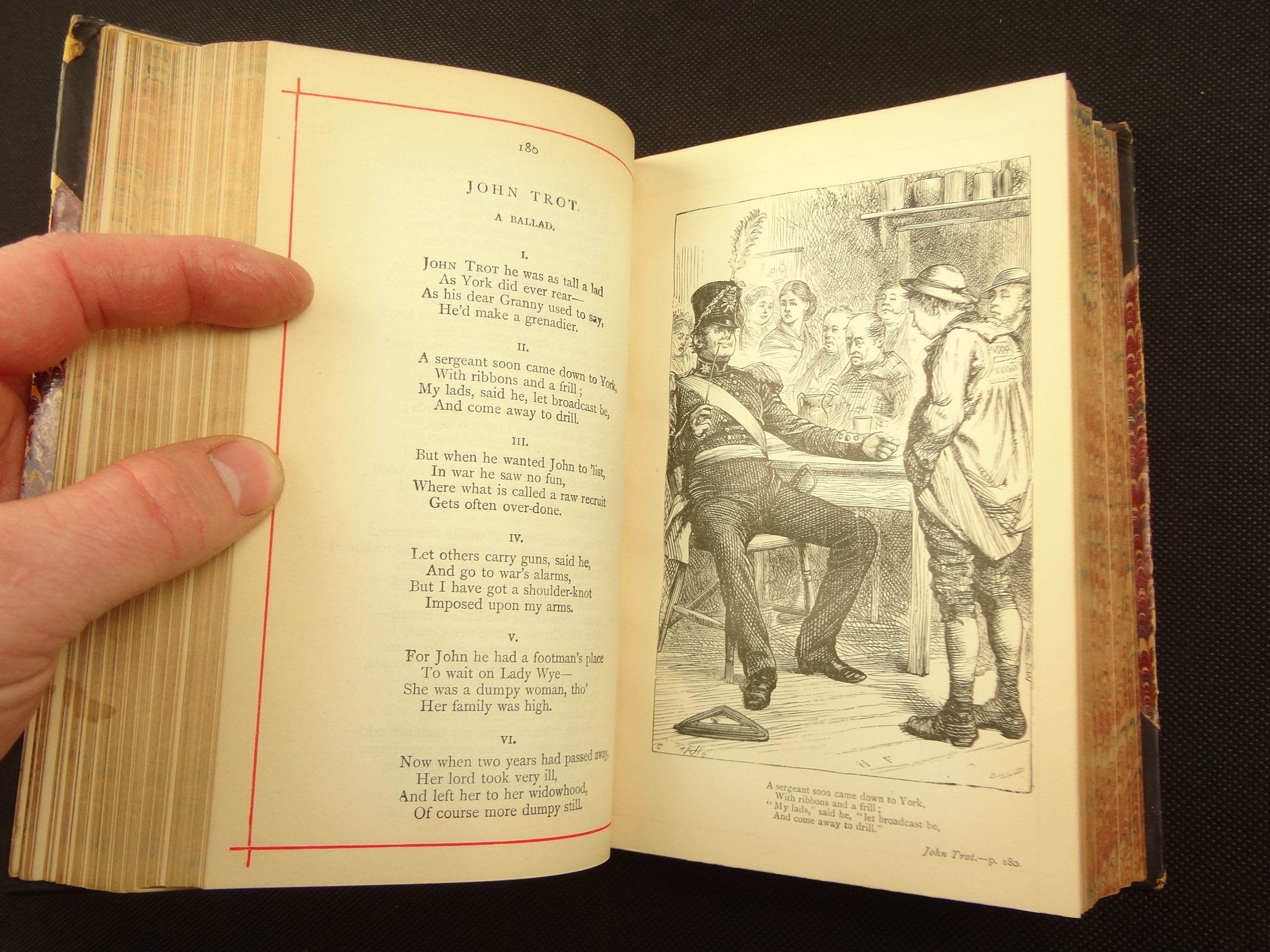 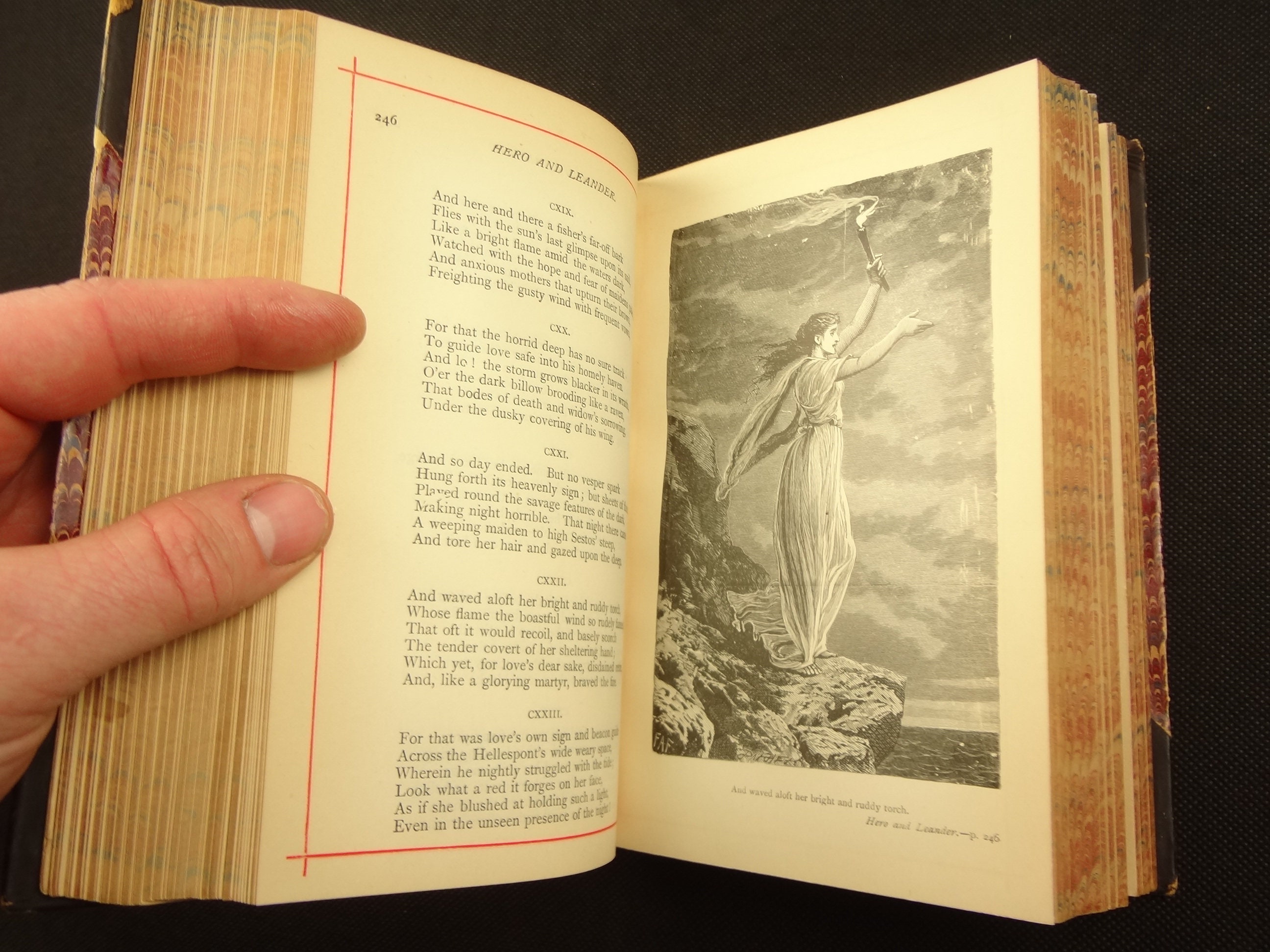 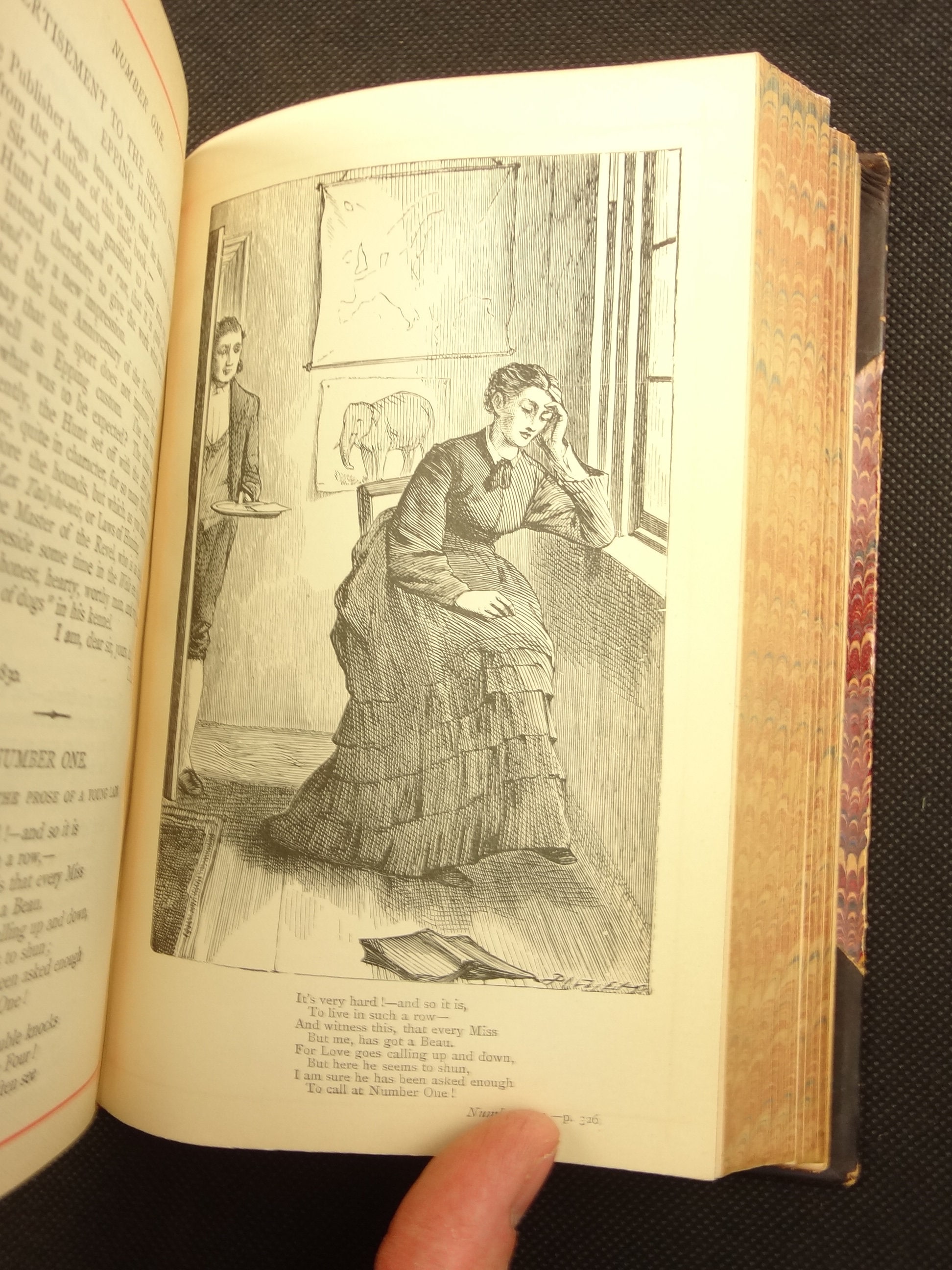 A handsome, well marbled, and illustrated edition of the Poetical Works of Thomas Hood. A bookseller note on the flyleaf states that this includes all his poetical works, including his "humorous works". The book includes Hood's memoir, explanatory notes and a frontis steel engraving portrait.

He was born in London to Thomas Hood and Elizabeth Sands in the Poultry (Cheapside) above his father's bookshop. Hood's paternal family had been Scottish farmers from the village of Errol near Dundee. The elder Hood was a partner in the business of Verner, Hood and Sharp, a member of the Associated Booksellers. Hood's son, Tom Hood, claimed that his grandfather had been the first to open up the book trade with America and he had great success with new editions of old books.

Hood infused humor into his writing throughout his career.

The series of the Comic Annual, dating from 1830, was a kind of publication popular at that time, which Hood undertook and continued almost unassisted for several years. Under that title he treated all the leading events of the day in caricature, without personal malice, and with an undercurrent of sympathy. Readers were also treated to an incessant use of puns, of which Hood had written in his own vindication, "However critics may take offence,/A double meaning has double sense", but as he gained experience as a writer, his diction became simpler.

See pictures. Shelf wear with rubbing at all edges. Bookseller notes on verso of flyleaf. Blank endpaper (front) has pen name on it. No other writing. Some toning to all pages. Occasional spots of foxing (very minor). Some ghosting of illustrations onto facing pages.