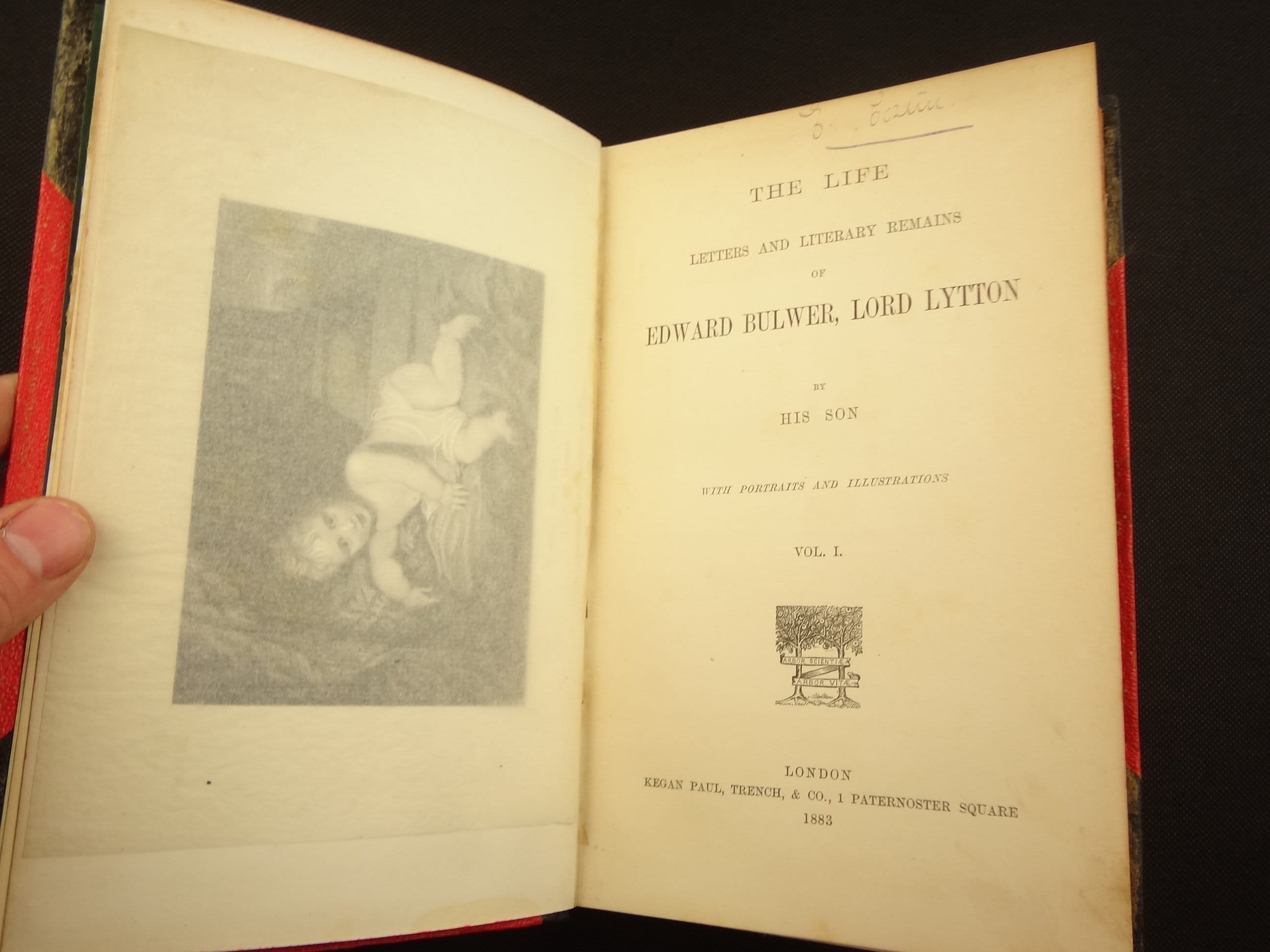 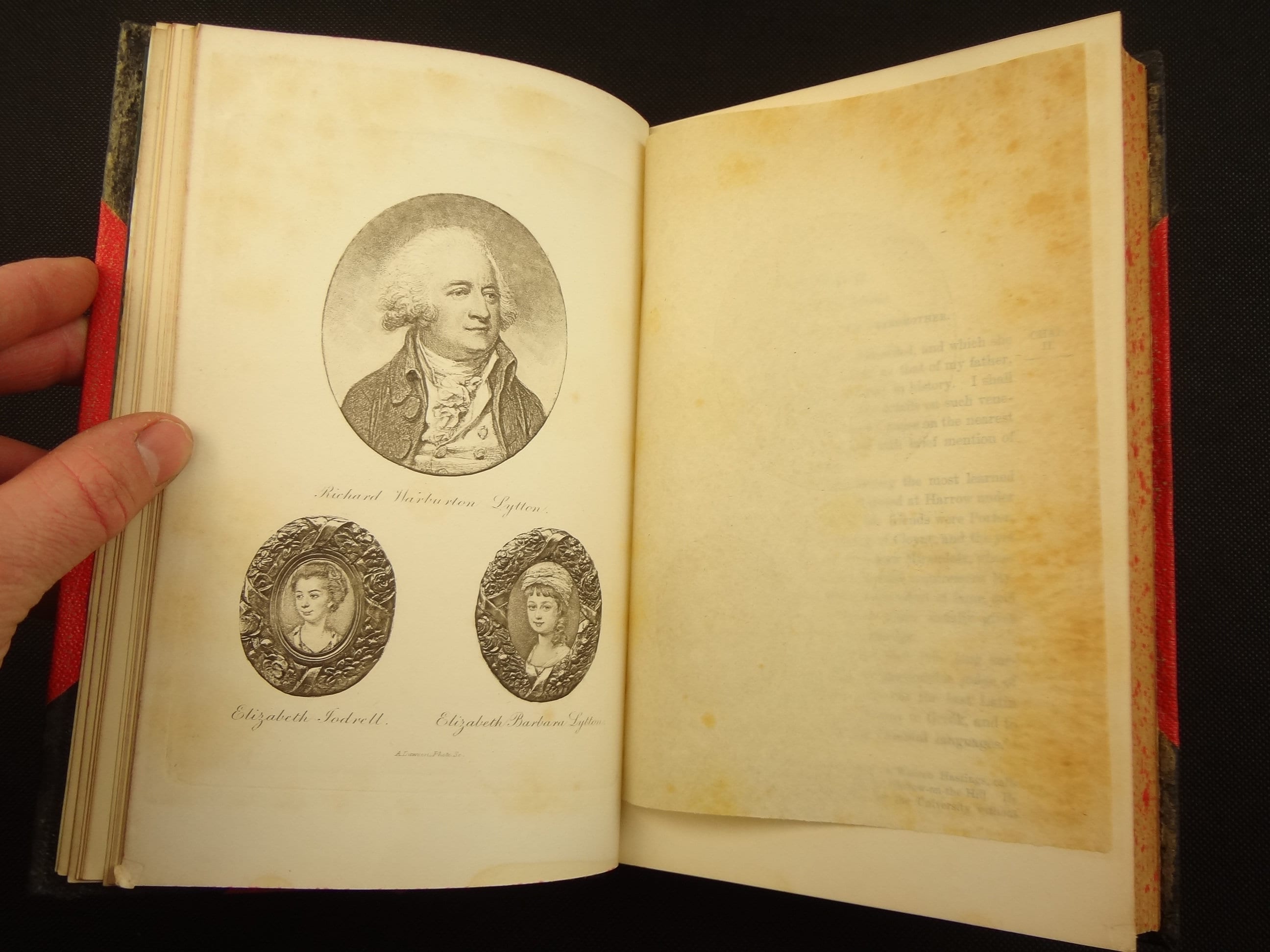 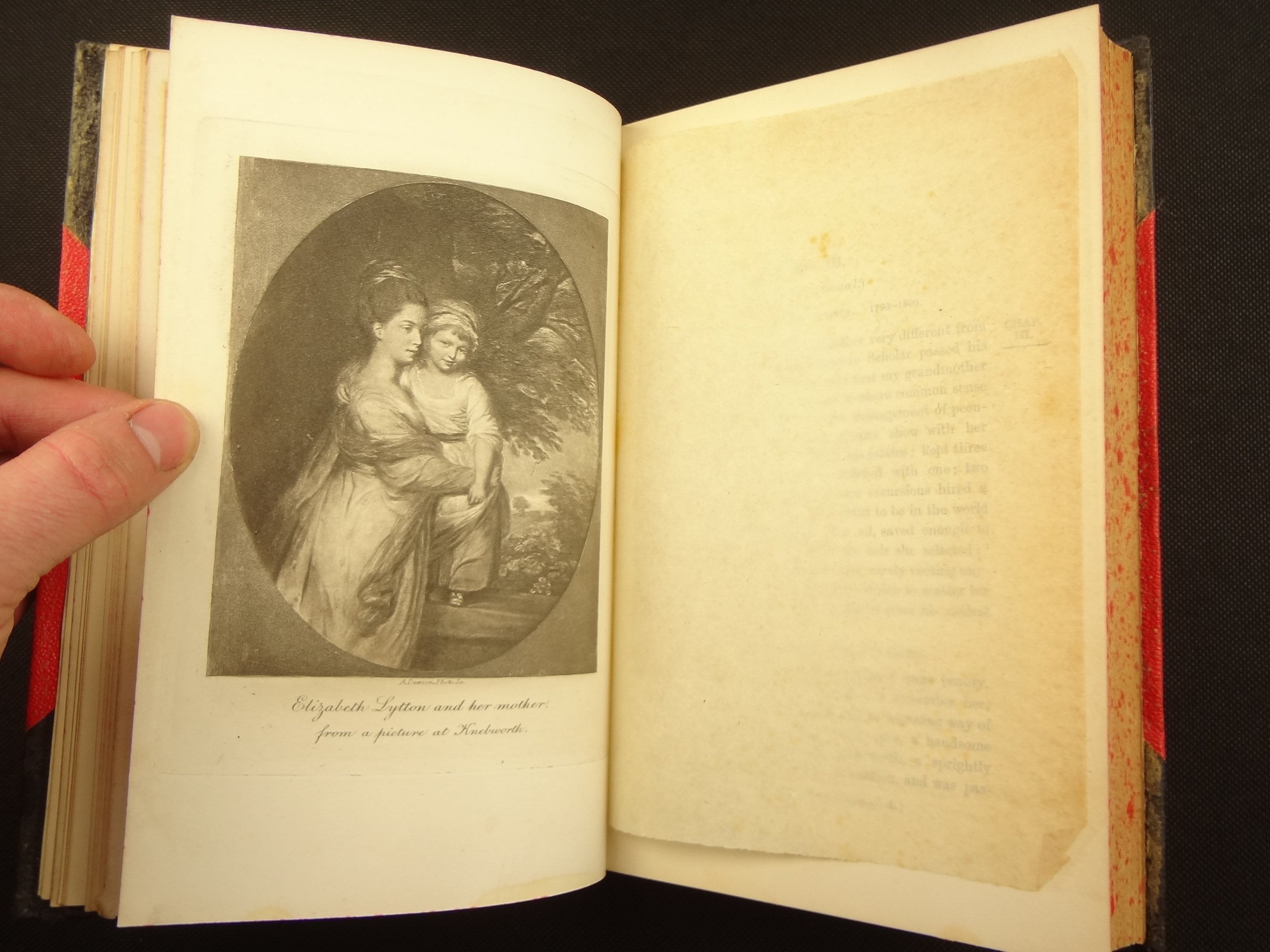 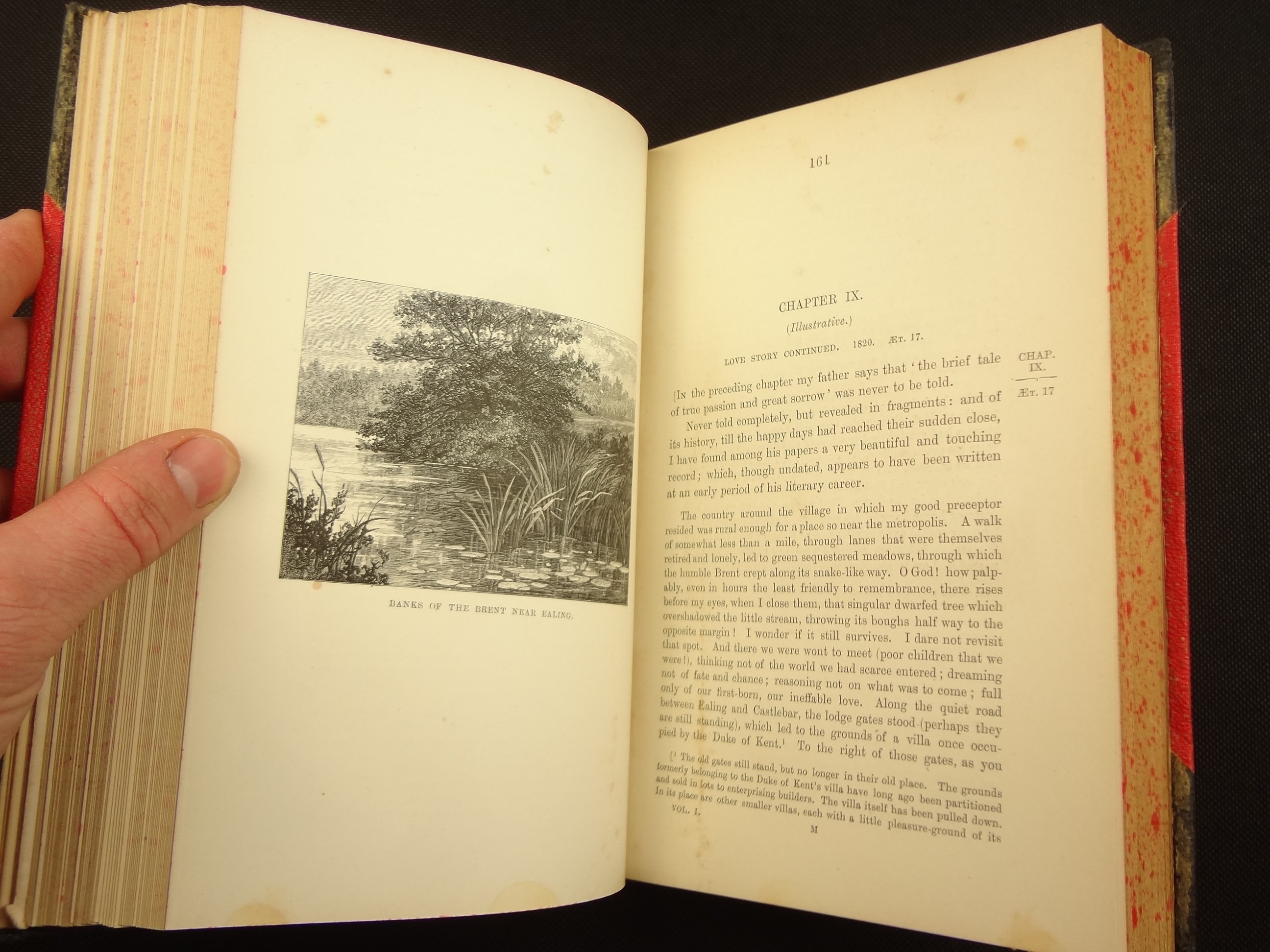 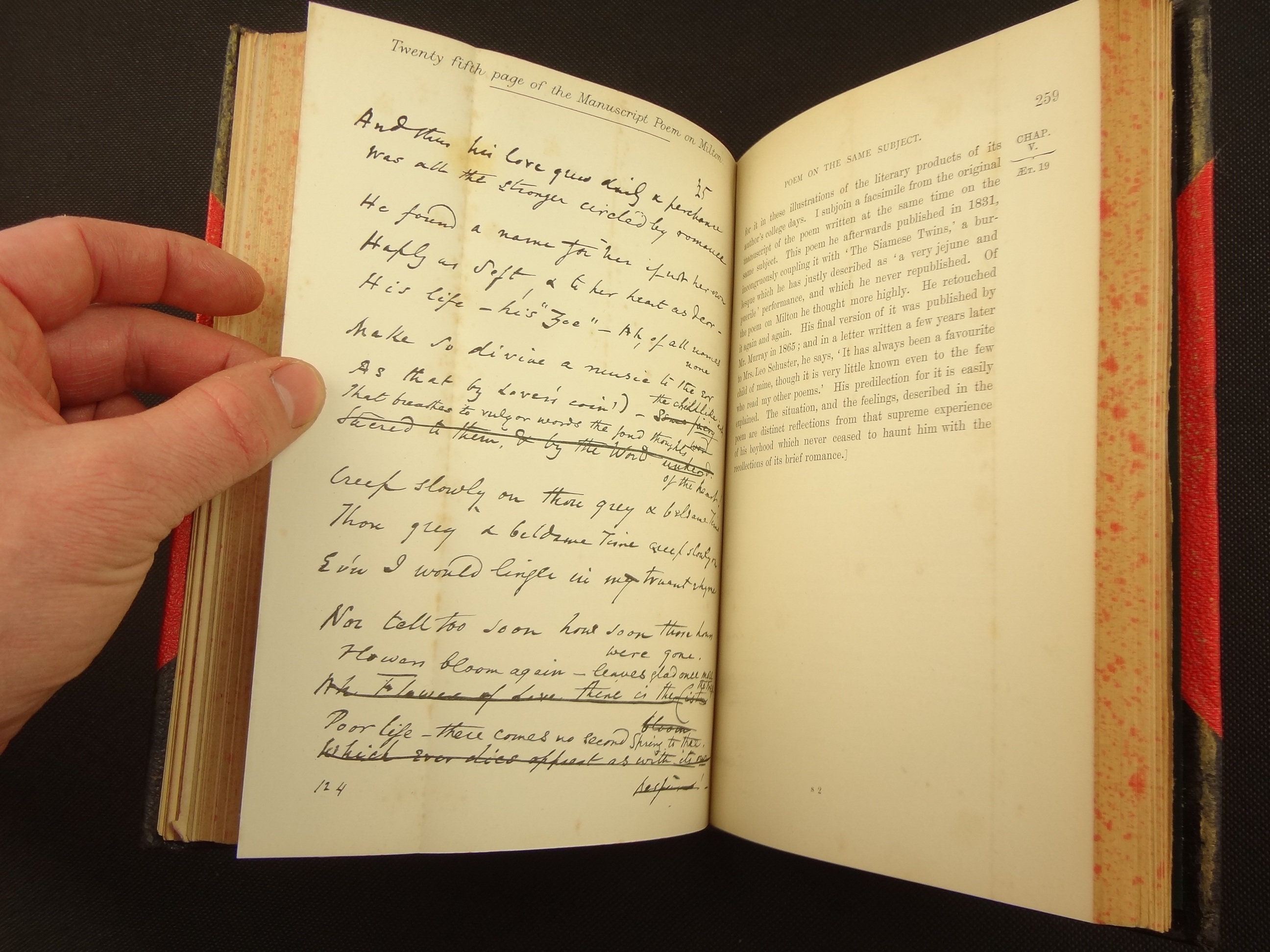 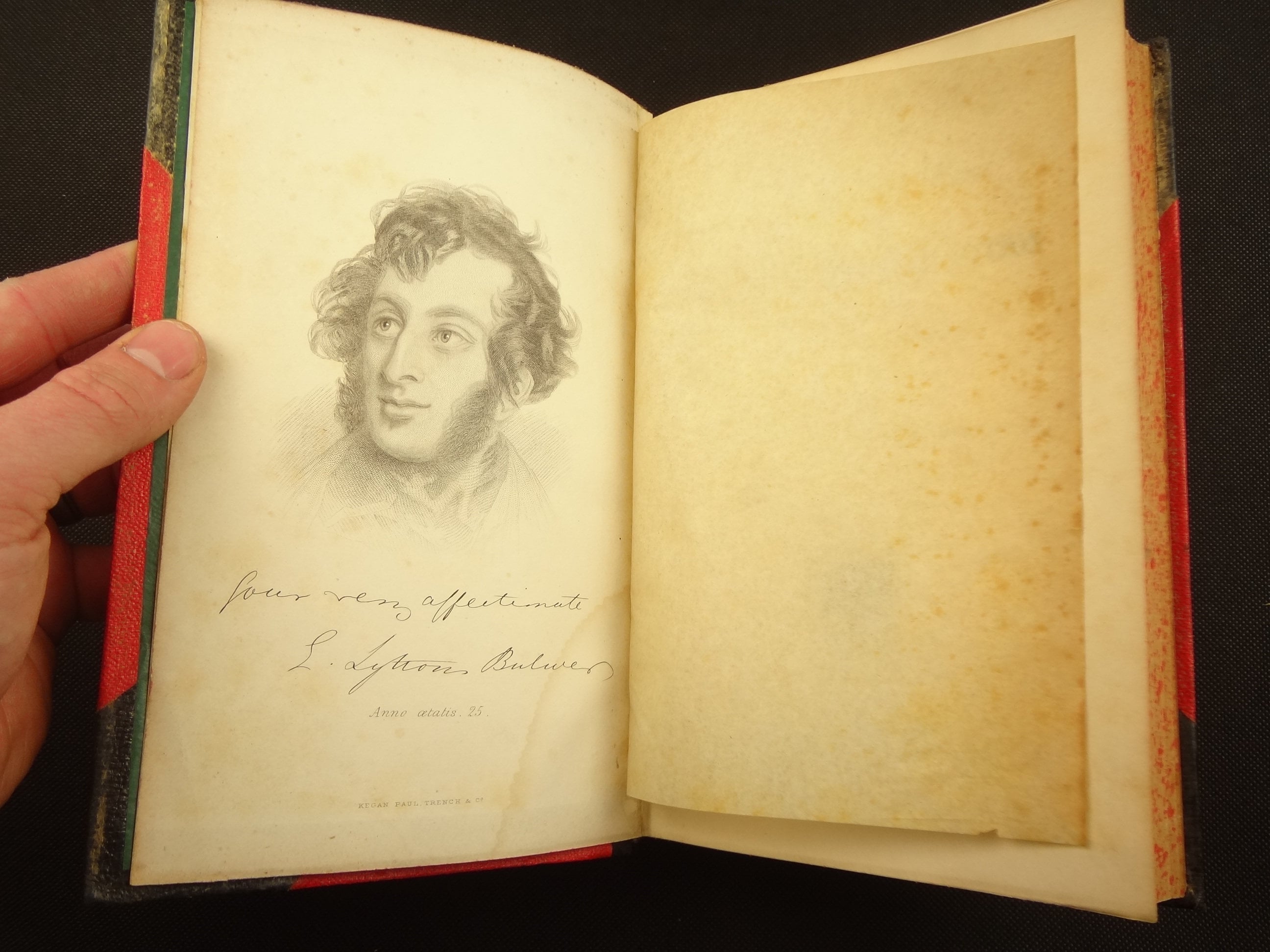 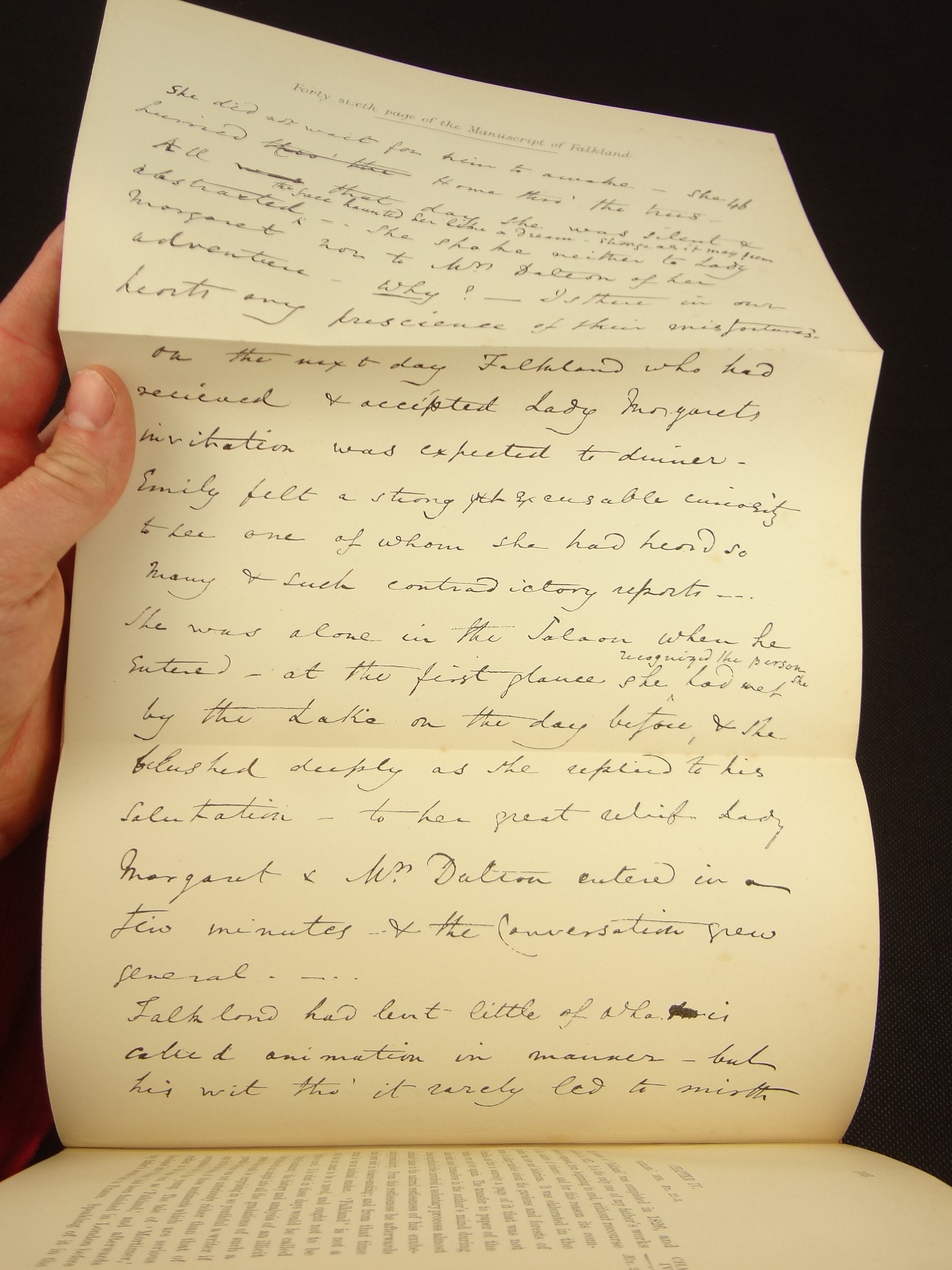 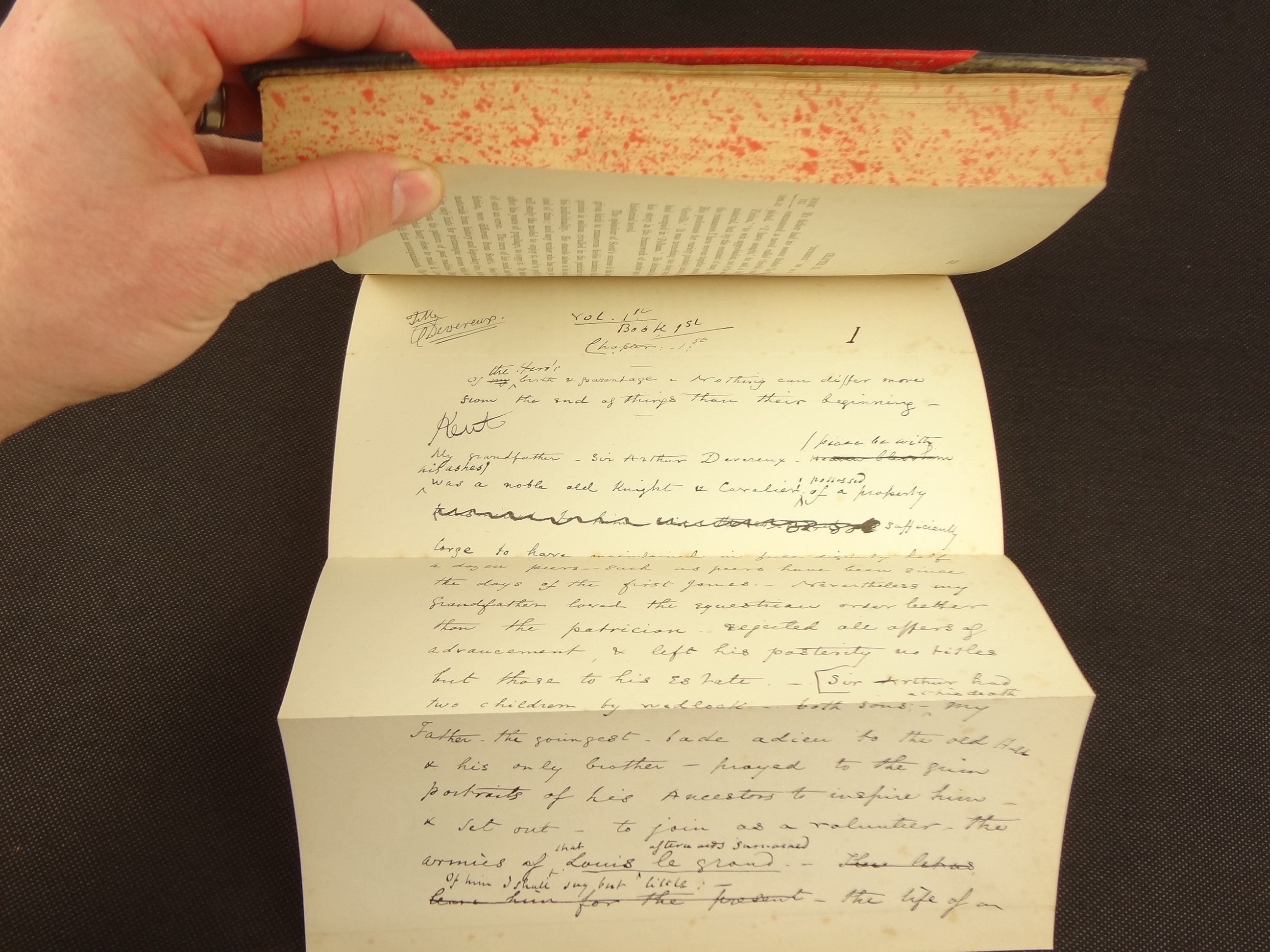 1883 The Life,Letters & Literary Remains of Edward Bulwer,Lord Lytton by His Son (Owen Meredith)

Here's an interesting, first edition, two volume set, authored by the son of Edward Bulwer Lytton, on his father. The son may be more familiar to you under his pen name, "Owen Meredith"; his parents separated when he was a child and it was not a peaceful split. The mother, also being a writer, wrote a parody of her husband (Cheveley), and then revealed in her memoirs that Edward tried to have her committed, but public outcry helped liberate her in several weeks. Well, parental squabbling aside, Edward Robert Bulwer-Lytton was asked to write this by his father before he passed on.

A Review of These Two Volumes -

From the 1884 Fornightly Review anthology, page 99 – “There is a wealth of material in these volumes which reminds the reader of those vast cities built by Eastern despots more for their own pleasure than for the vulgar object of housing their subjects. Imperial Pekin, or those famous 'twice ten leagues of fertile ground' compassed in Xanadhu by Kublai Khan, did not contain more parks, gardens, fountains, palaces, and vacant spaces than this Life, Letters, and Literary Remains of Edward Bulwer, Lord Lytton."

"Here are an autobiography, letters, chapters supplementary and illustrative, sketches, poems, projected histories, novels begun or half written — everything, in fact, that can divert and distract the reader in his passage through a very interesting life. As in those Oriental cities the weary traveler may sit down under shady greenery and fall asleep, lulled by the sound of many waters flowing through delightful gardens, and never arrive at his caravans; so here the reader, allured by enticements to turn aside which continually beset him, might fail to reach his desired resting-place, the end of the book. That end, however, must be gained, and the story of Edward Bulwer's life told, and here it is.”

Each measures approximately 22 x 14 x 4 cm. Interesting bevelled boards. 1/4 leather with shargreen like boards; five raised cords on spine, with one compartment having the title in gilt on red Moroccan and a second having the volume number. Page edges sprinkled with red. Pages - v1, 369 numbered pages. v2, 392 numbered pages.

See pictures. Some sunning to boards. Dust at top-edge. Name at top of both title pages. Most tissue guards still in place. Very occasional damp mark at bottom edge, margin only, of volume one. Very occasional foxing spot also. Foxing spots at rear endpaper of volume one and endpapers of volume two. Volume two has a moisture mark on its frontis portrait. V2 title page is a little toned. Last page of volume 2, crack at gutter.