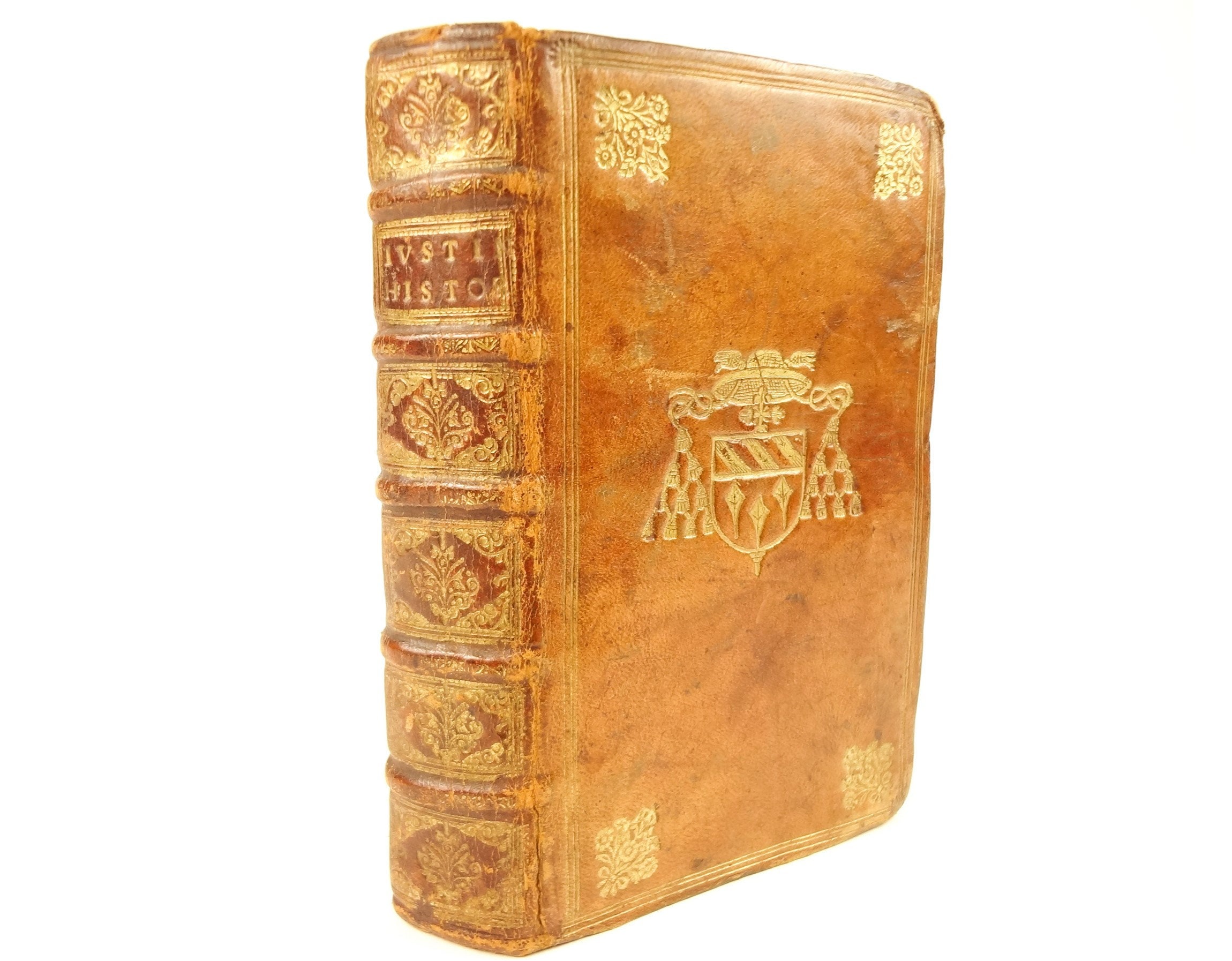 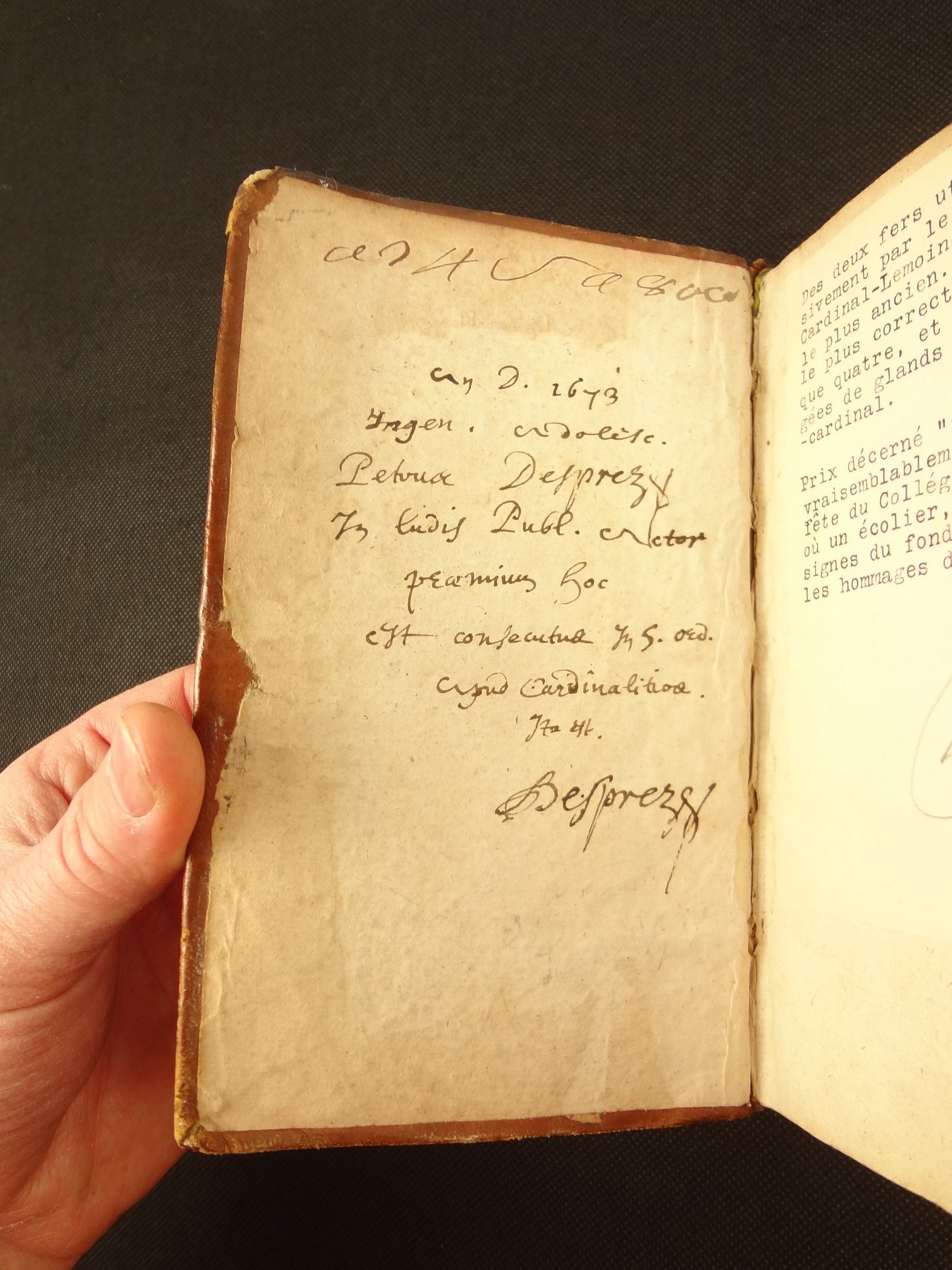 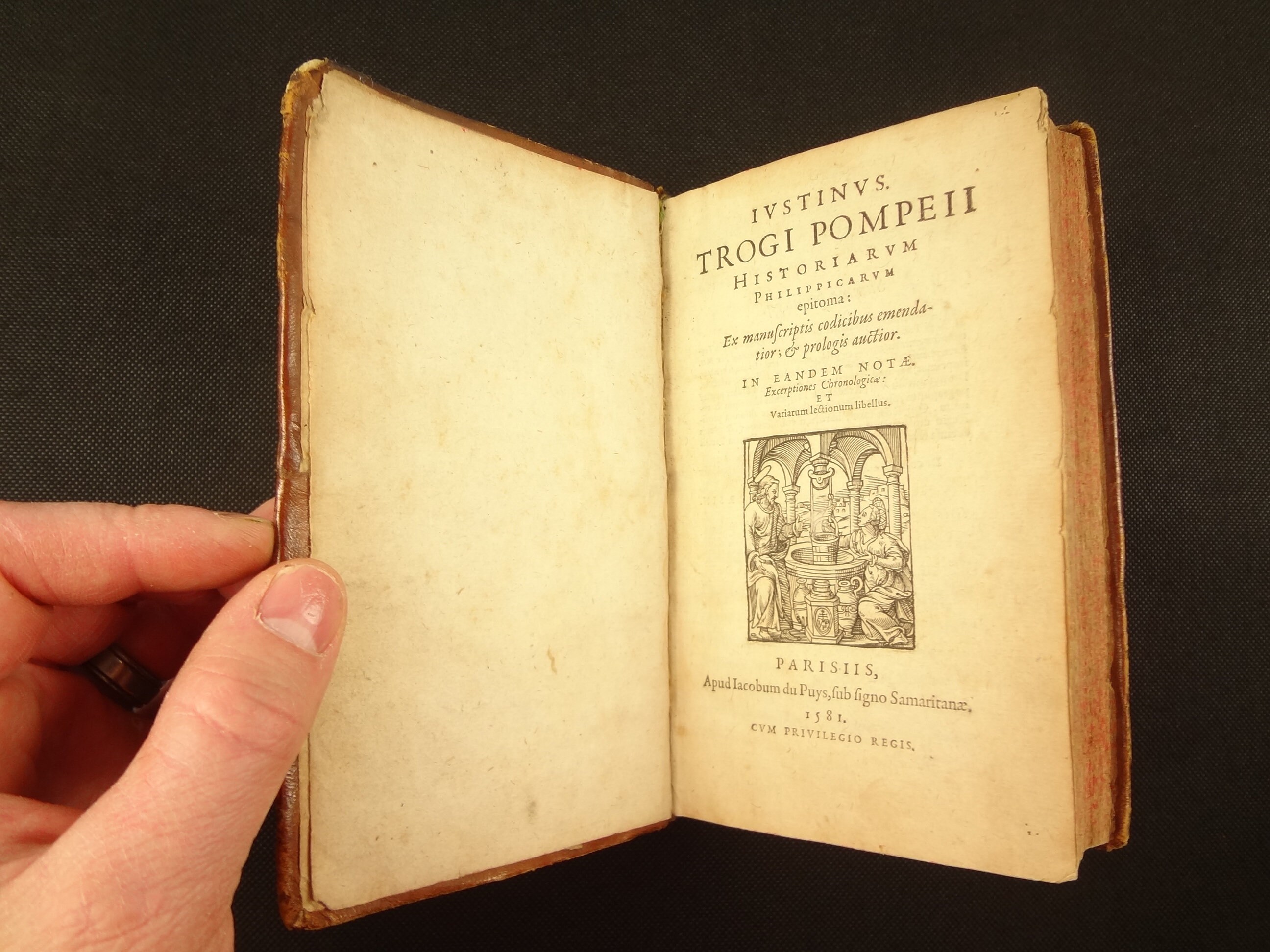 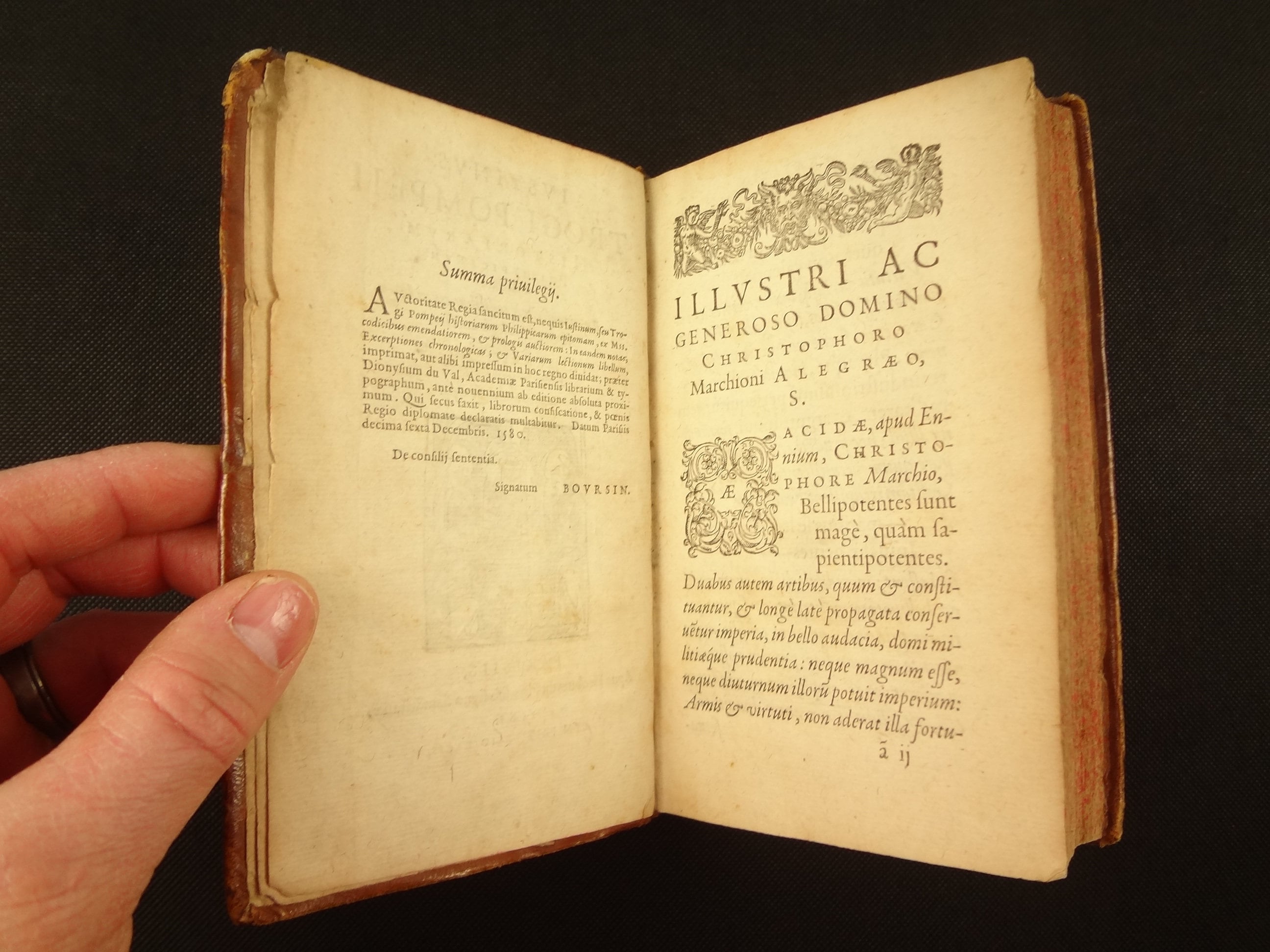 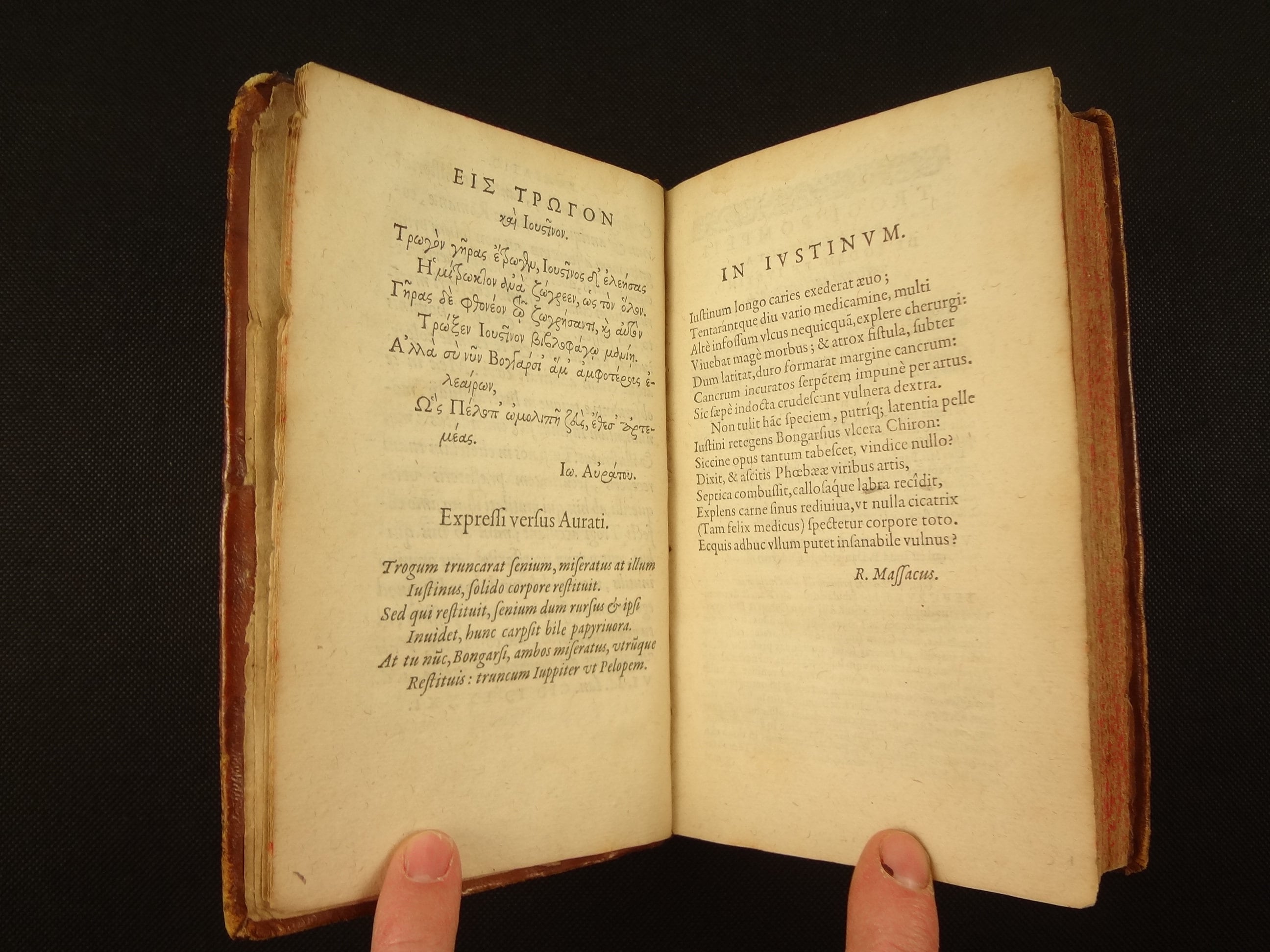 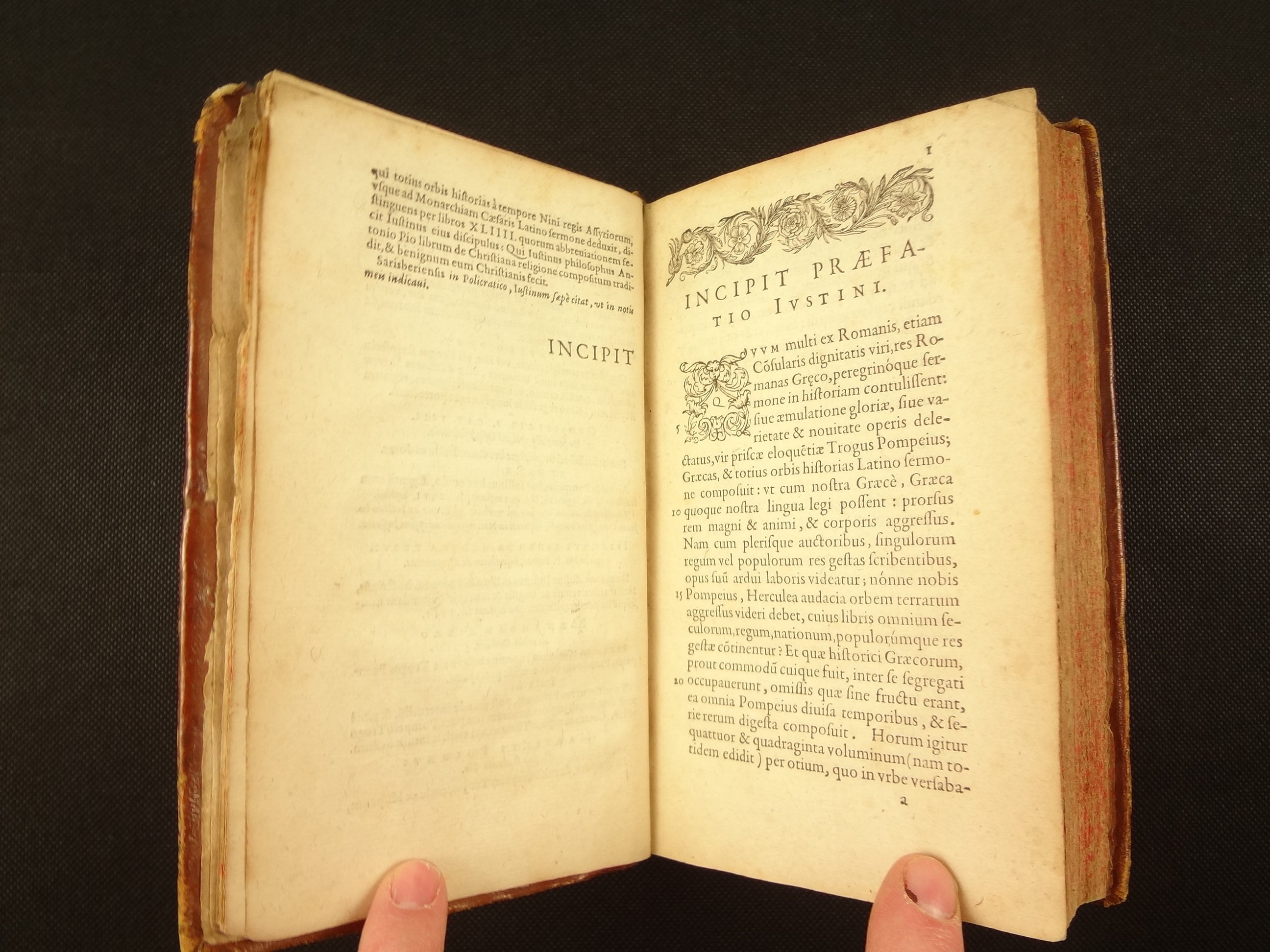 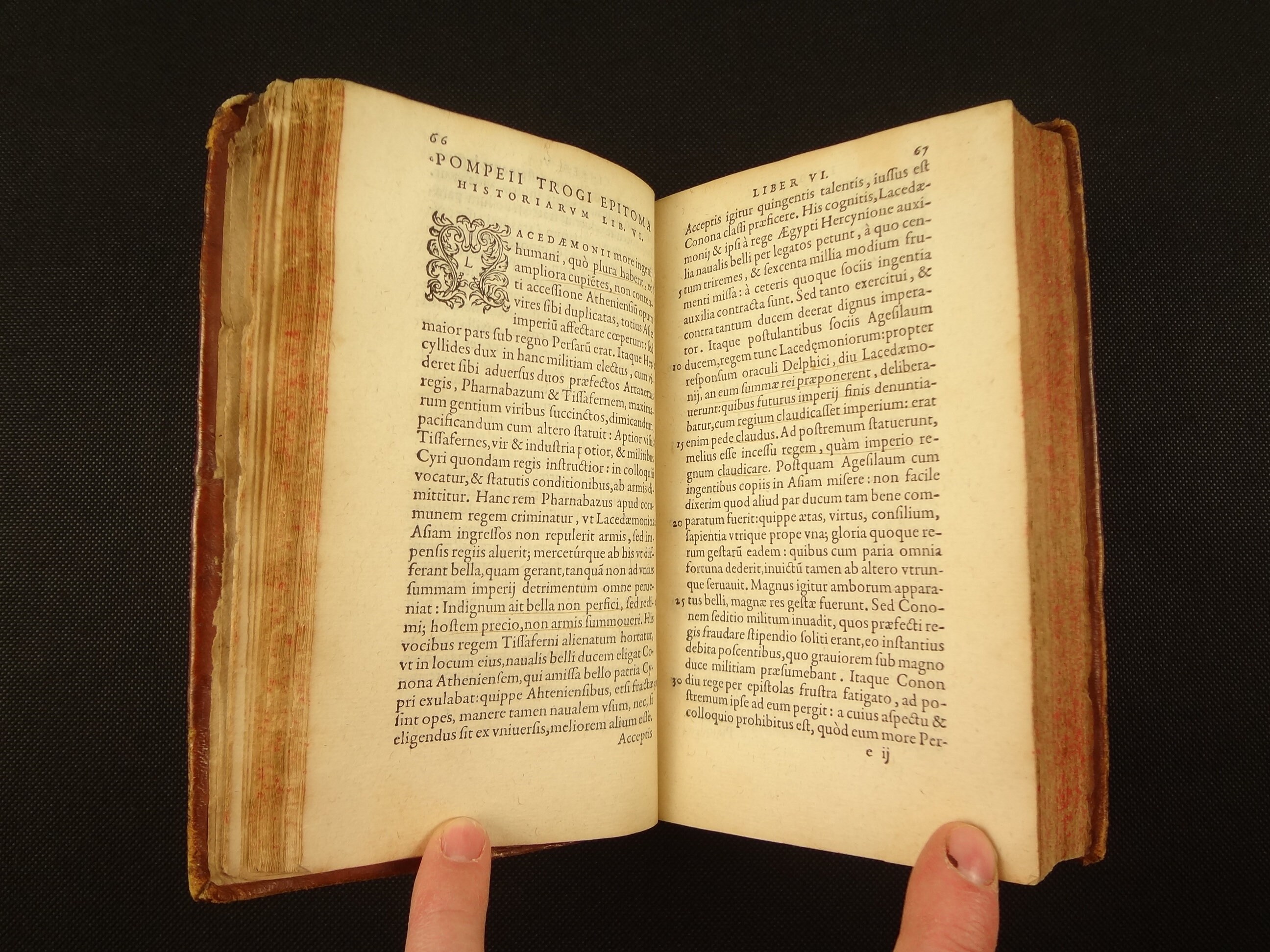 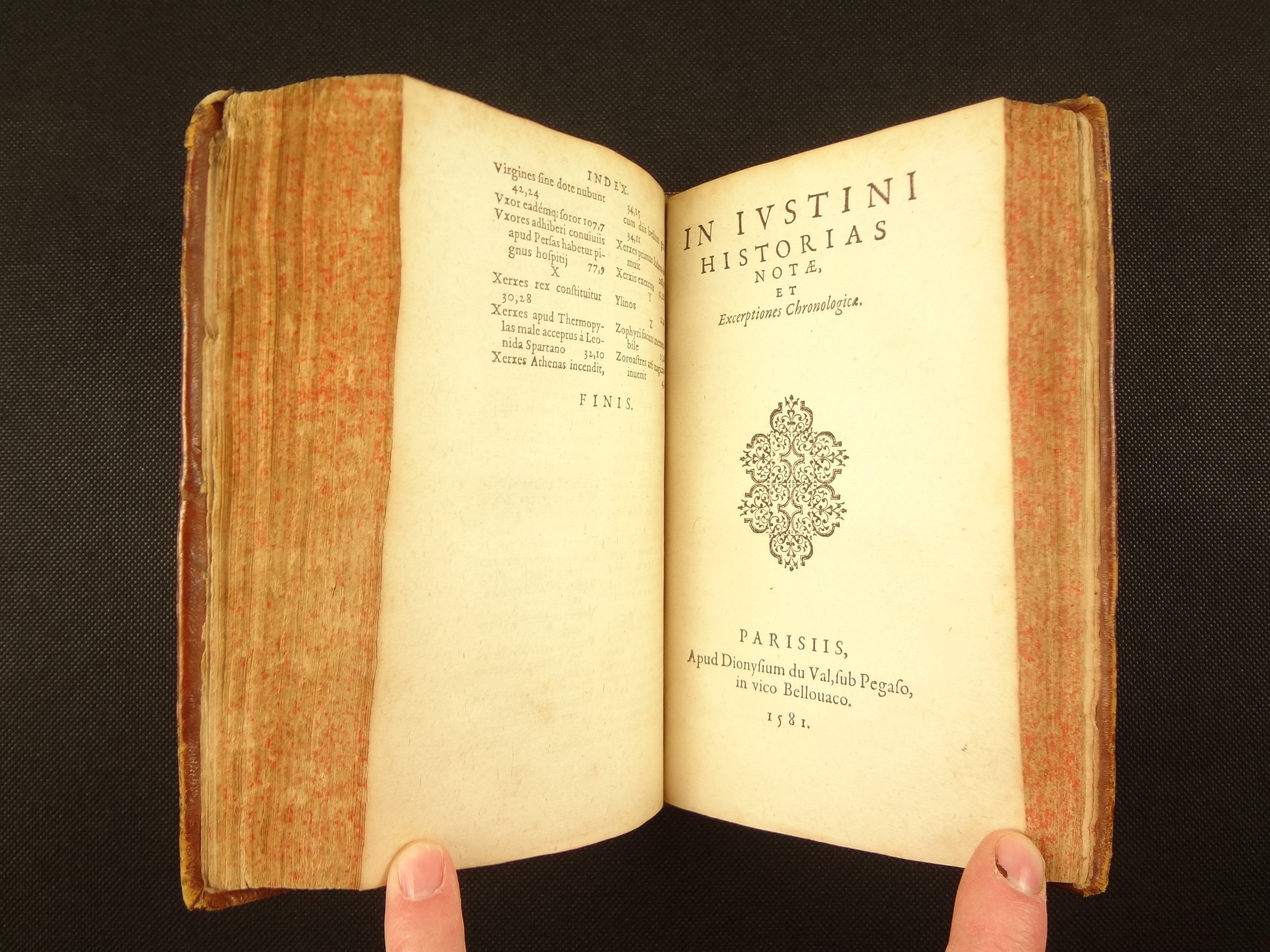 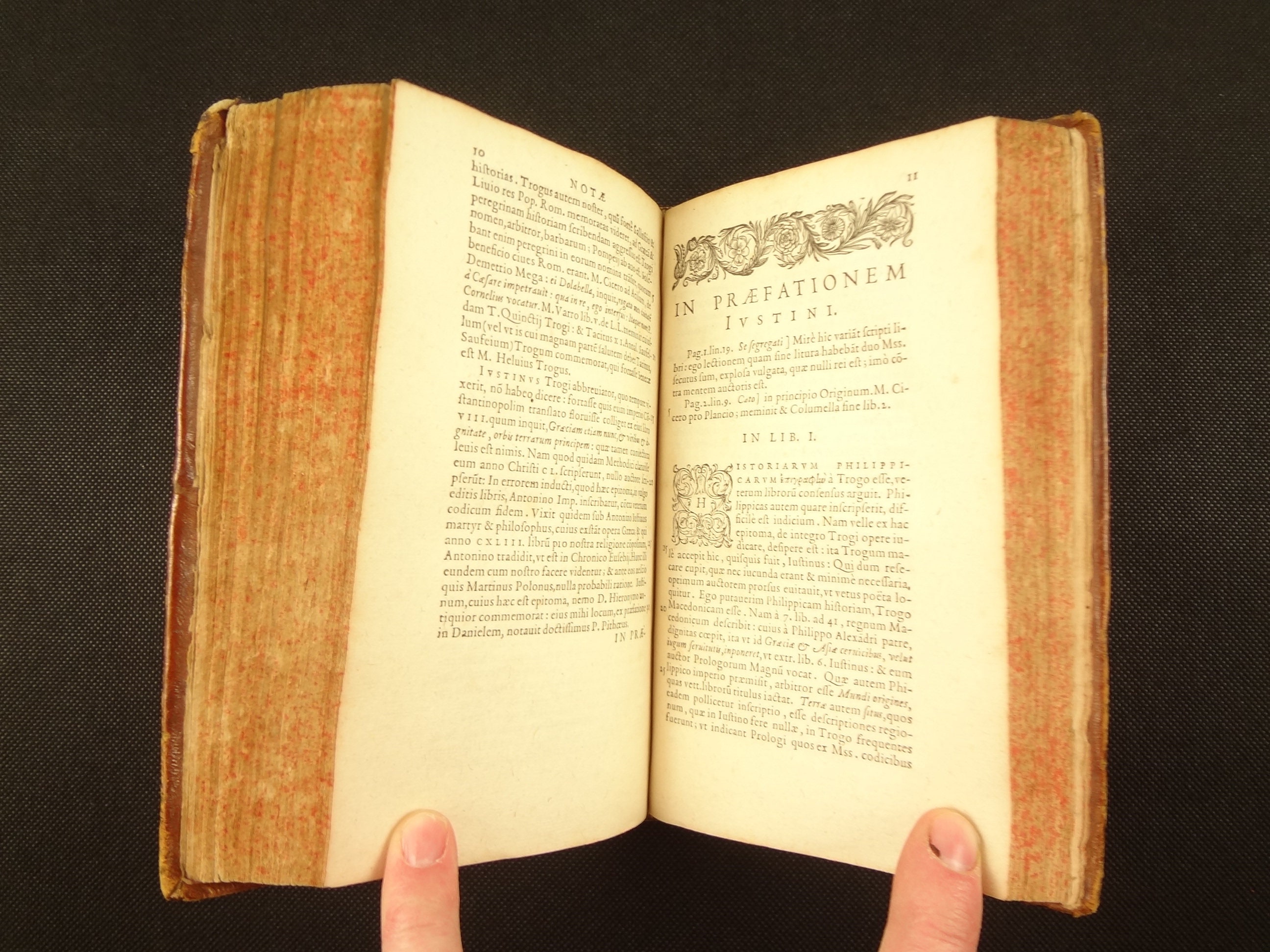 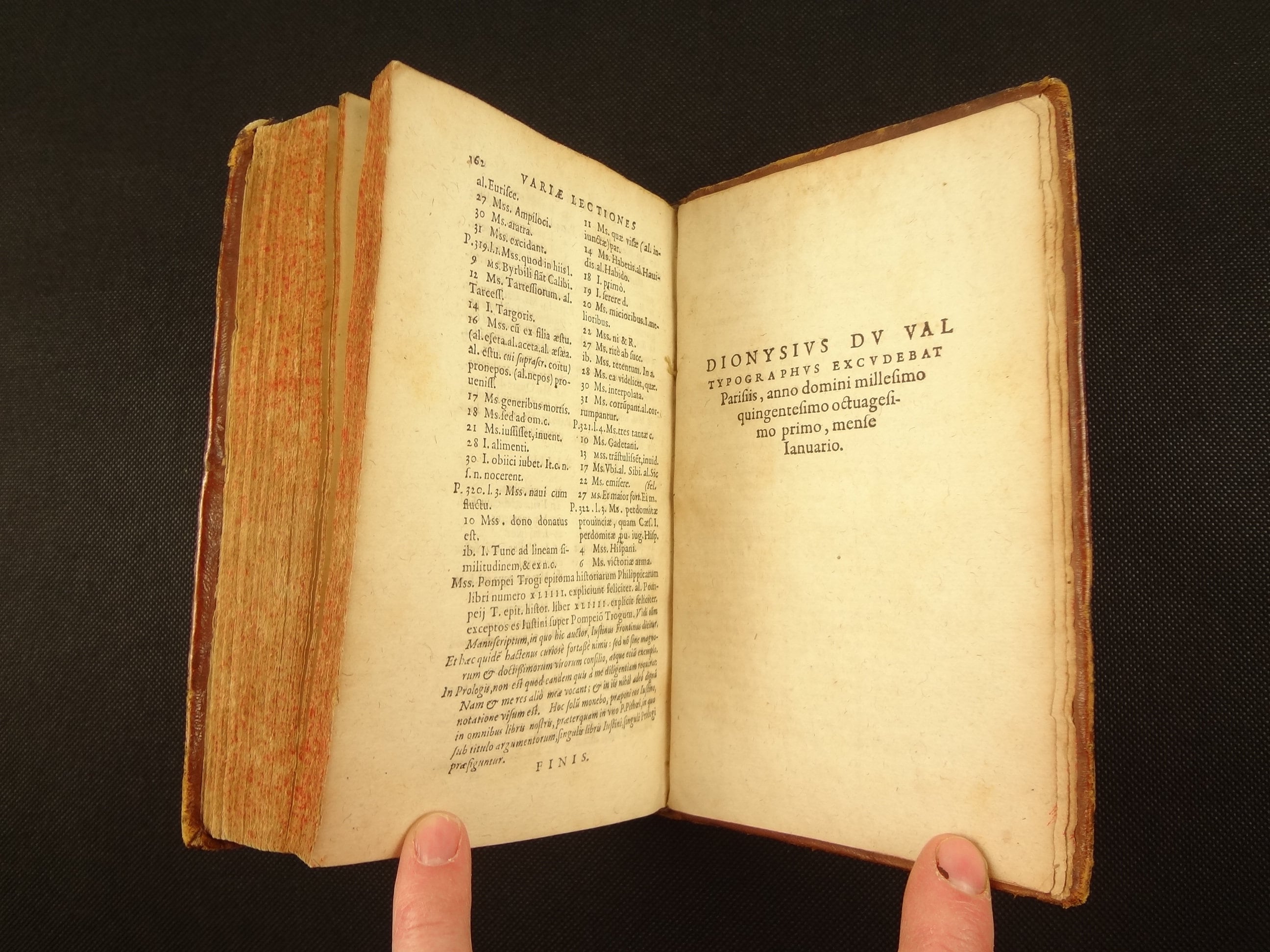 A 17th century prize binding, (likely) signed by a professor and author, graces this 1581 first edition of Jacques Bongars' translation, with notes, prologue, etc., of the second century Justin's excerpts from the writings of the earlier Trogus.

This copy with the rarish, and more-attractive, title page of Jacobum du Puys. There is a second state of this edition, where Du Val supplied the title page.

Both the front and rear boards have the deeply impressed arms of the College du Cardinal-Lemoine, in Paris. The inscription on the pastedown, dated 1673, is signed by Desprez. Louis Desprez was an author, and Professor of Rhetoric at the College Cardinal-Lemoine in the late 17th century; in fairness, the signature might be a second Desprez but it seems likely the professor is whose name is applied. The prize is for "in ludis pub.", or "in public games".

This edition of Justin's excerpts of Trogus is noted; the translator, Jacques Bongars, did his best to prepare this edition from ancient manuscript fragments, and etc.. Bongars also includes, for the first time, his explanatory notes, a prologue (drawing on just-found Trogus manuscripts), and a list of variants (known ms. examples of Justin's work). A very thorough work, and noted as such by Brunet.

Justin was (likely) a 2nd century Roman, who collected (what he considered) the most important excerpts of an earlier Roman, Trogus, into a "history". Although it is labelled as a history of Kings, the text's frequent divergence has earned it a broader "history" label through the ages.

A handsome copy, with nice margins and a great prize binding.