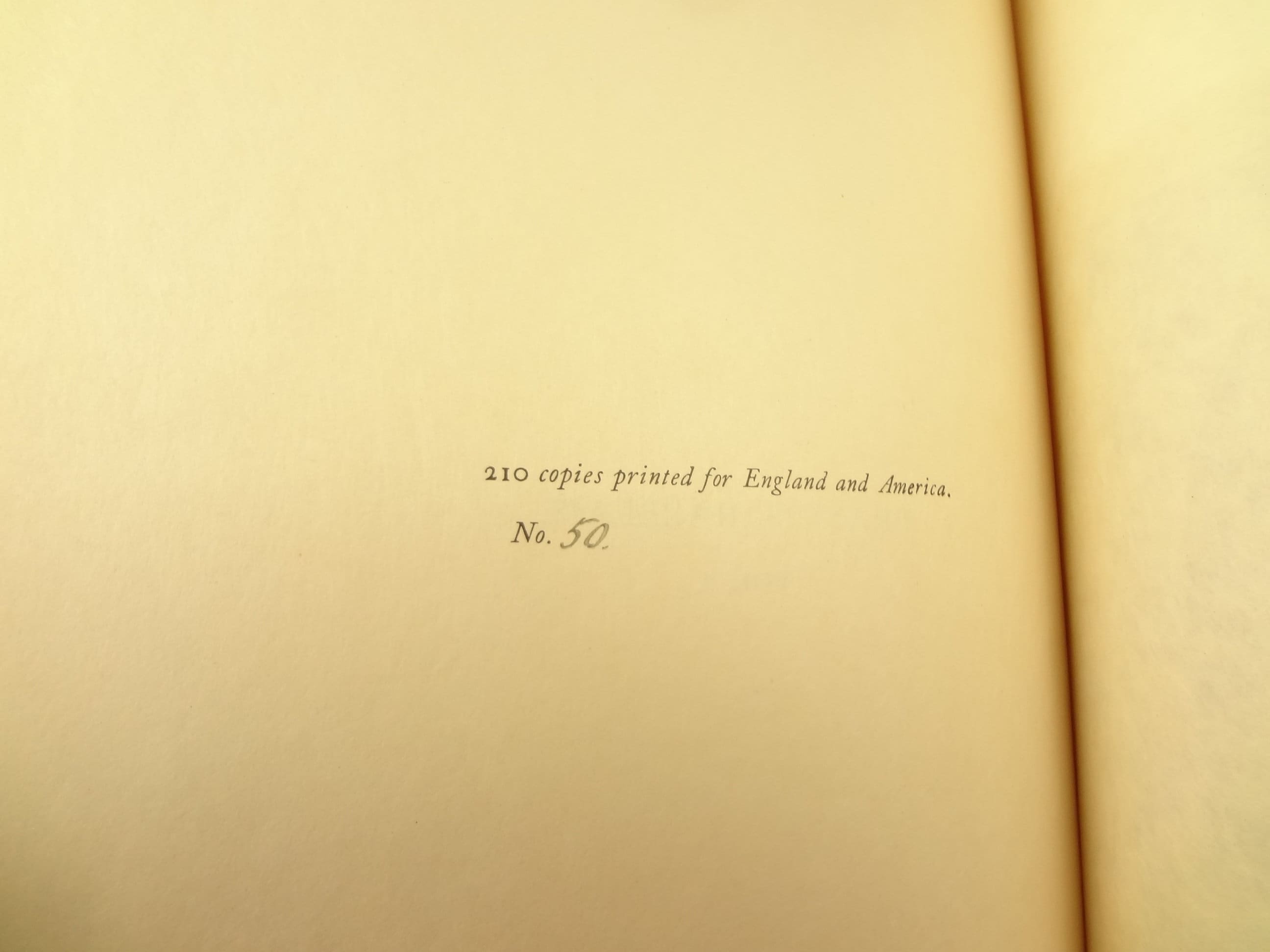 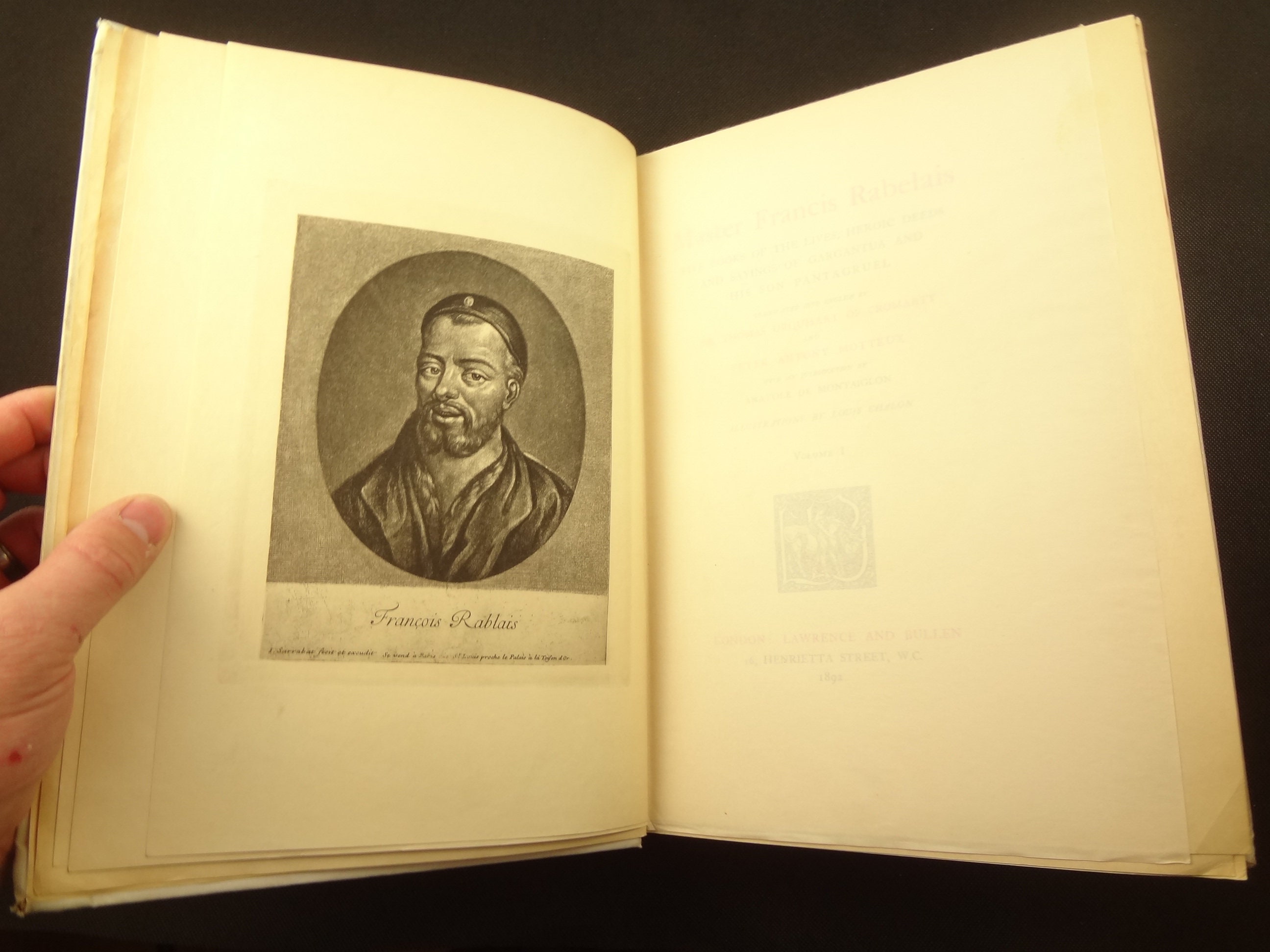 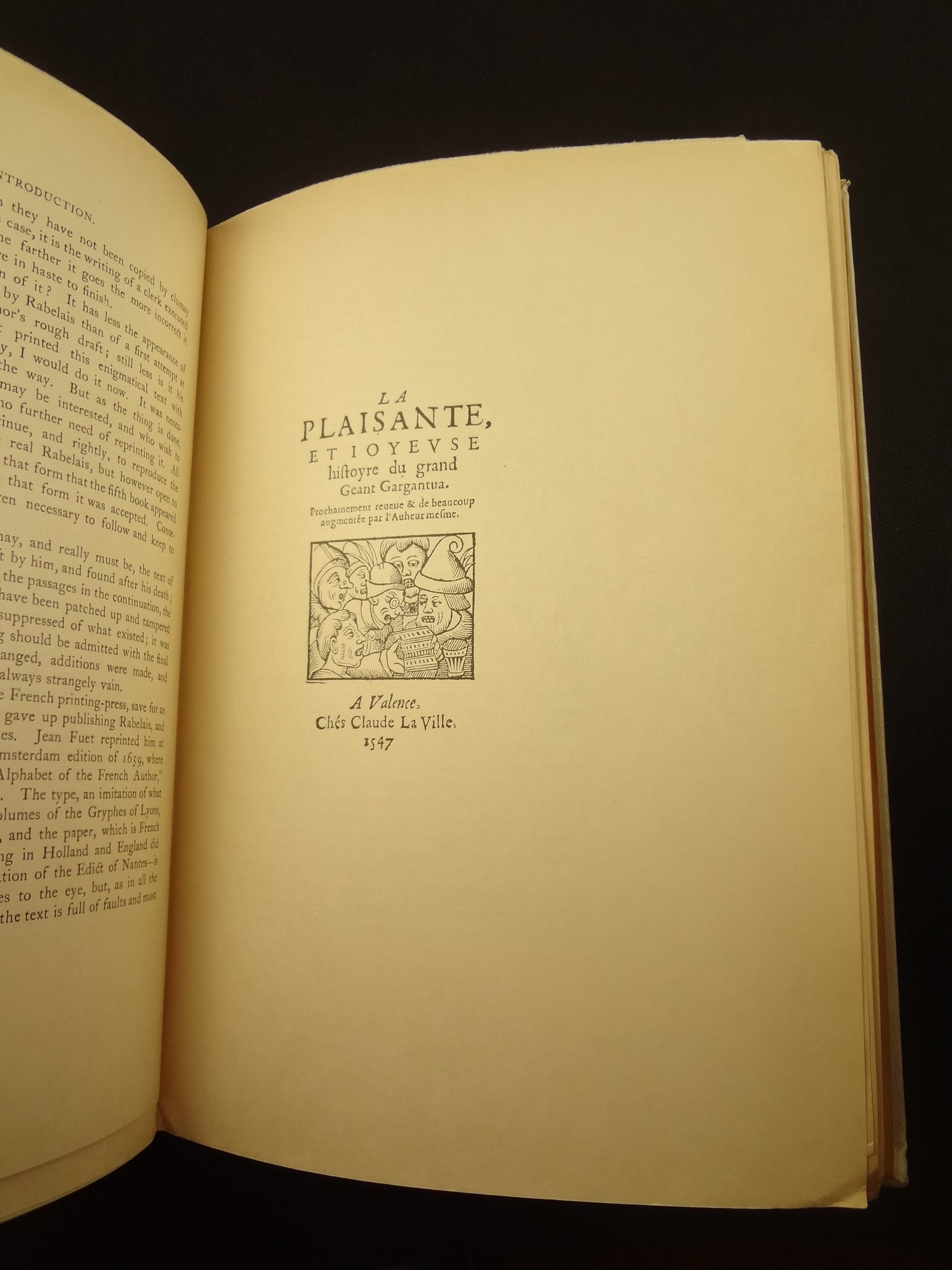 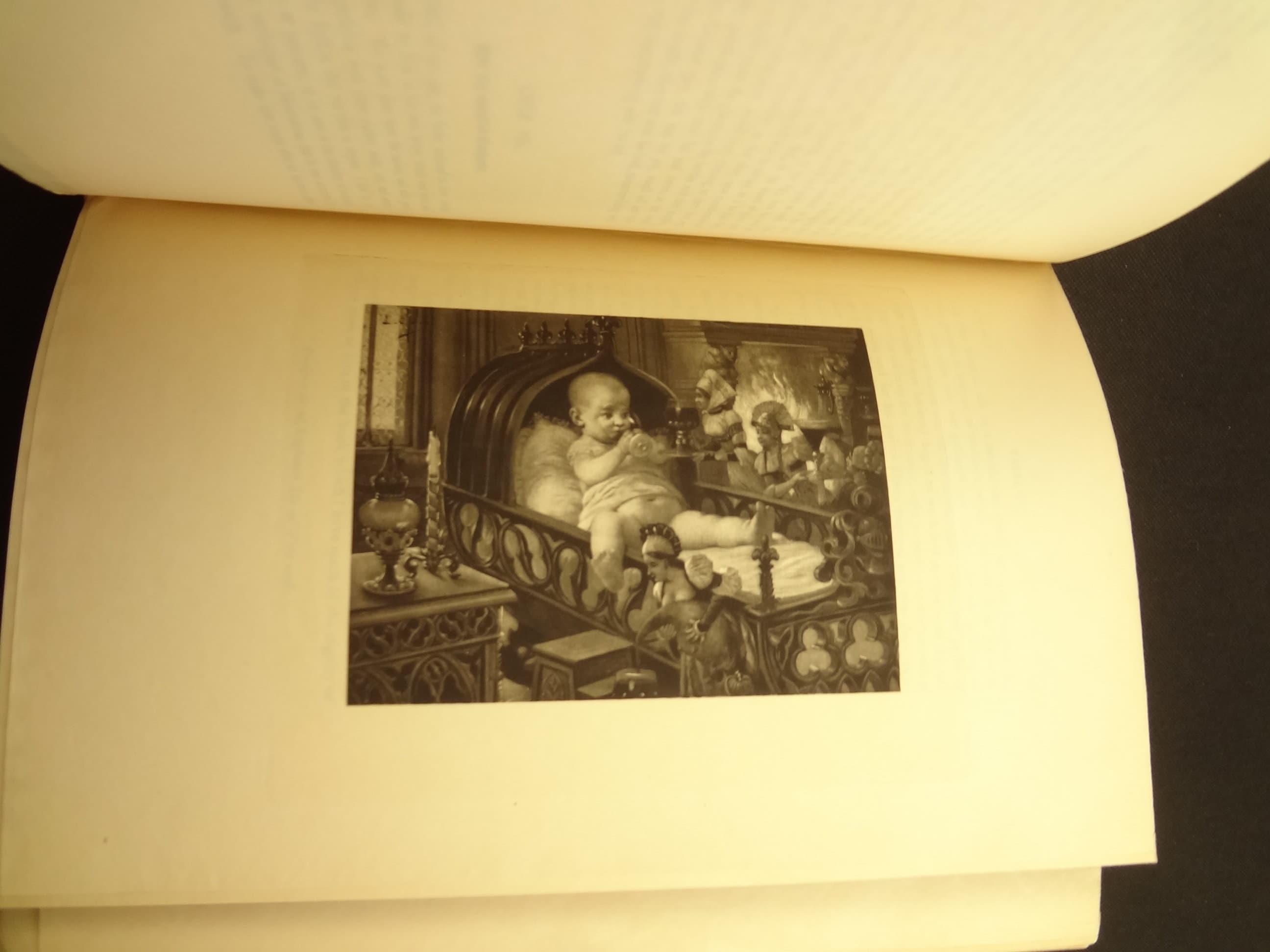 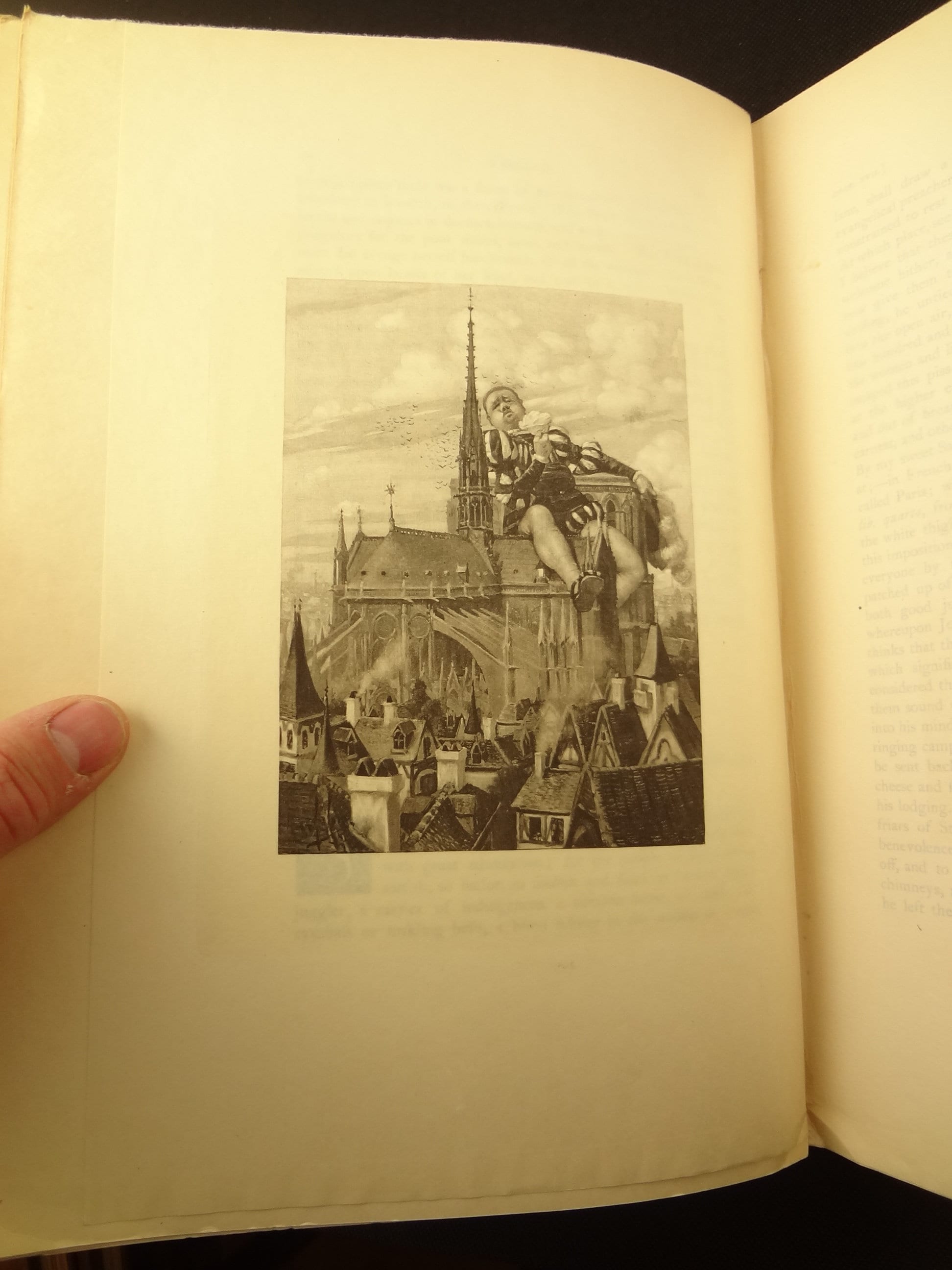 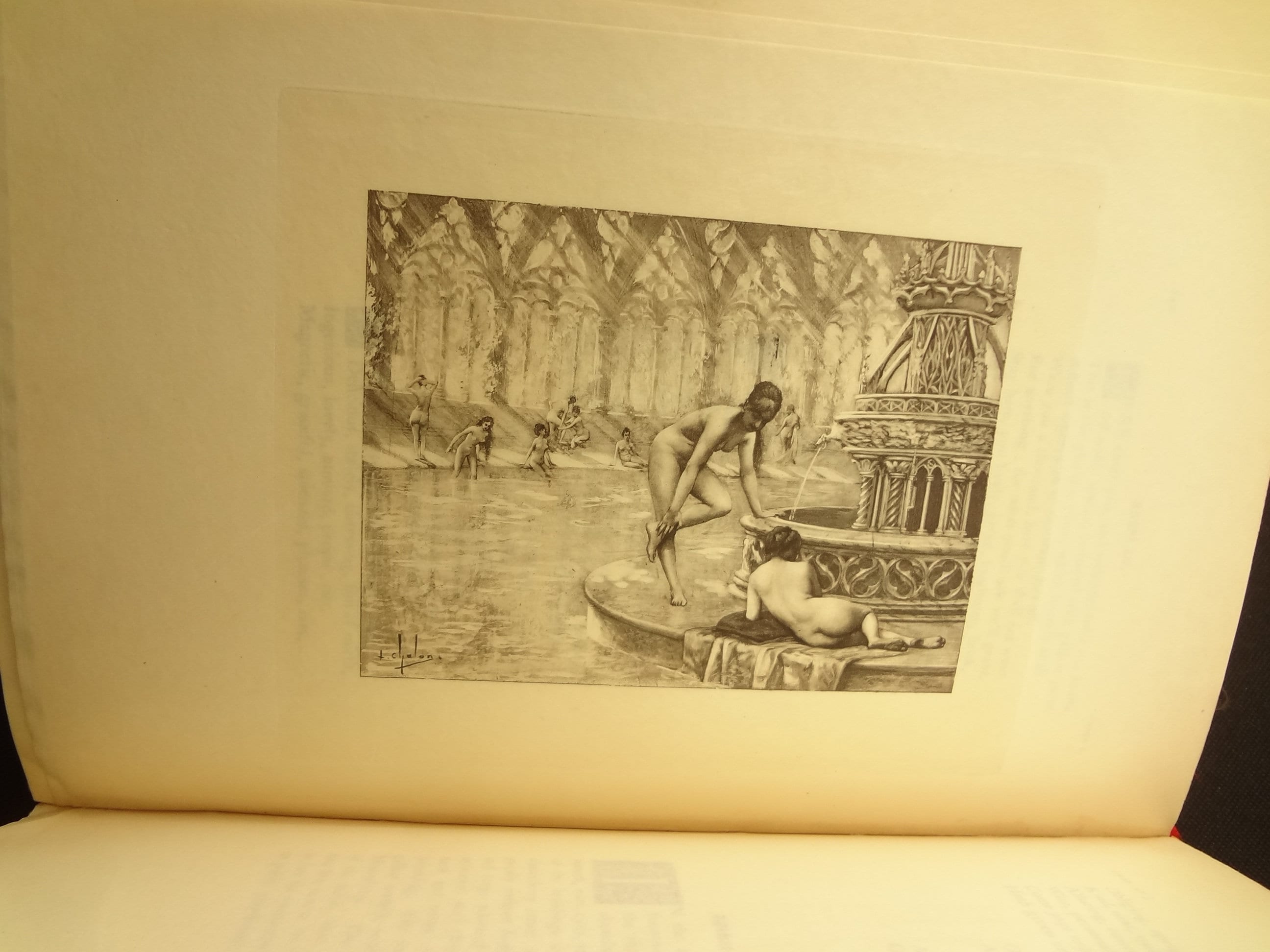 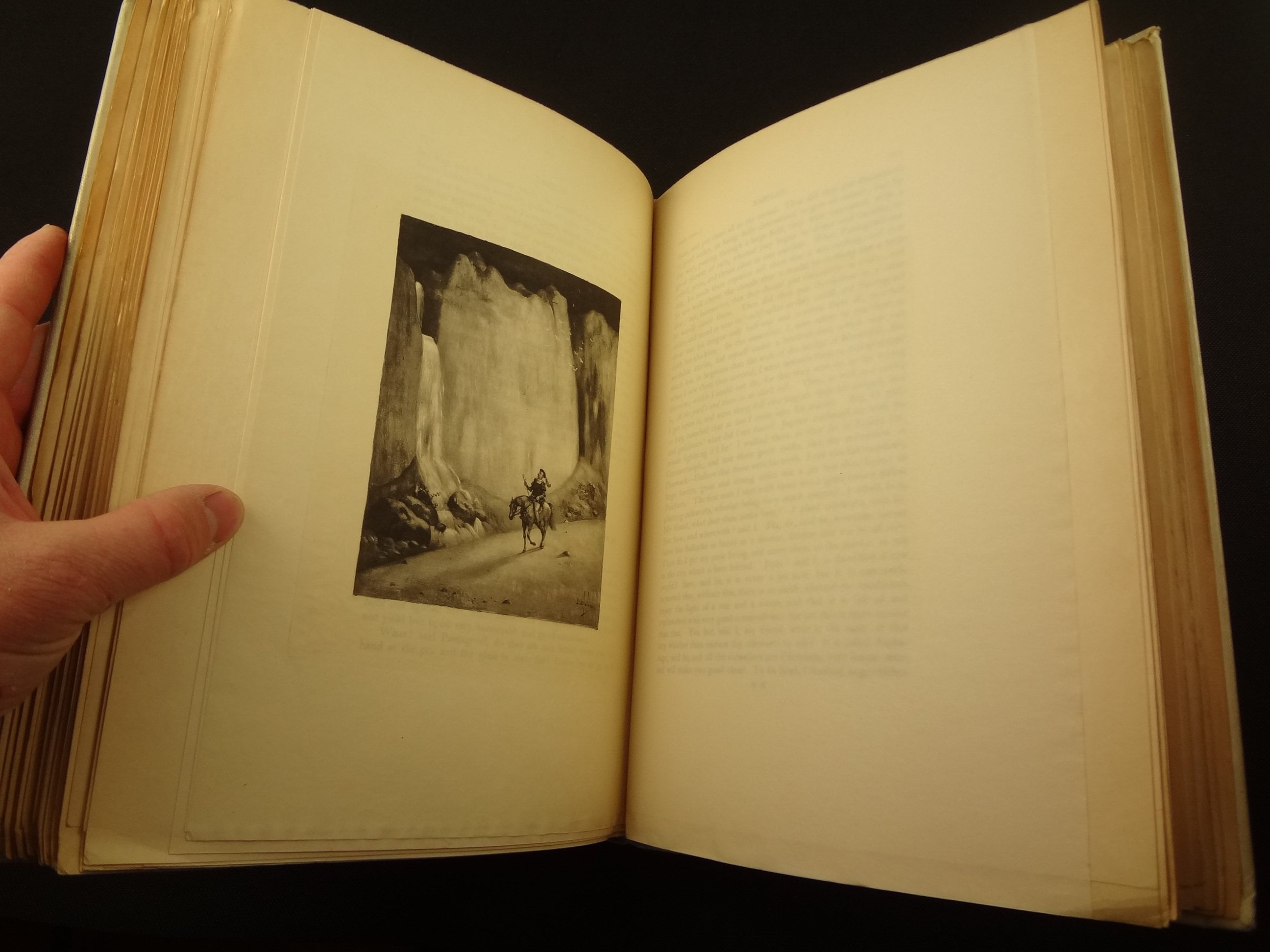 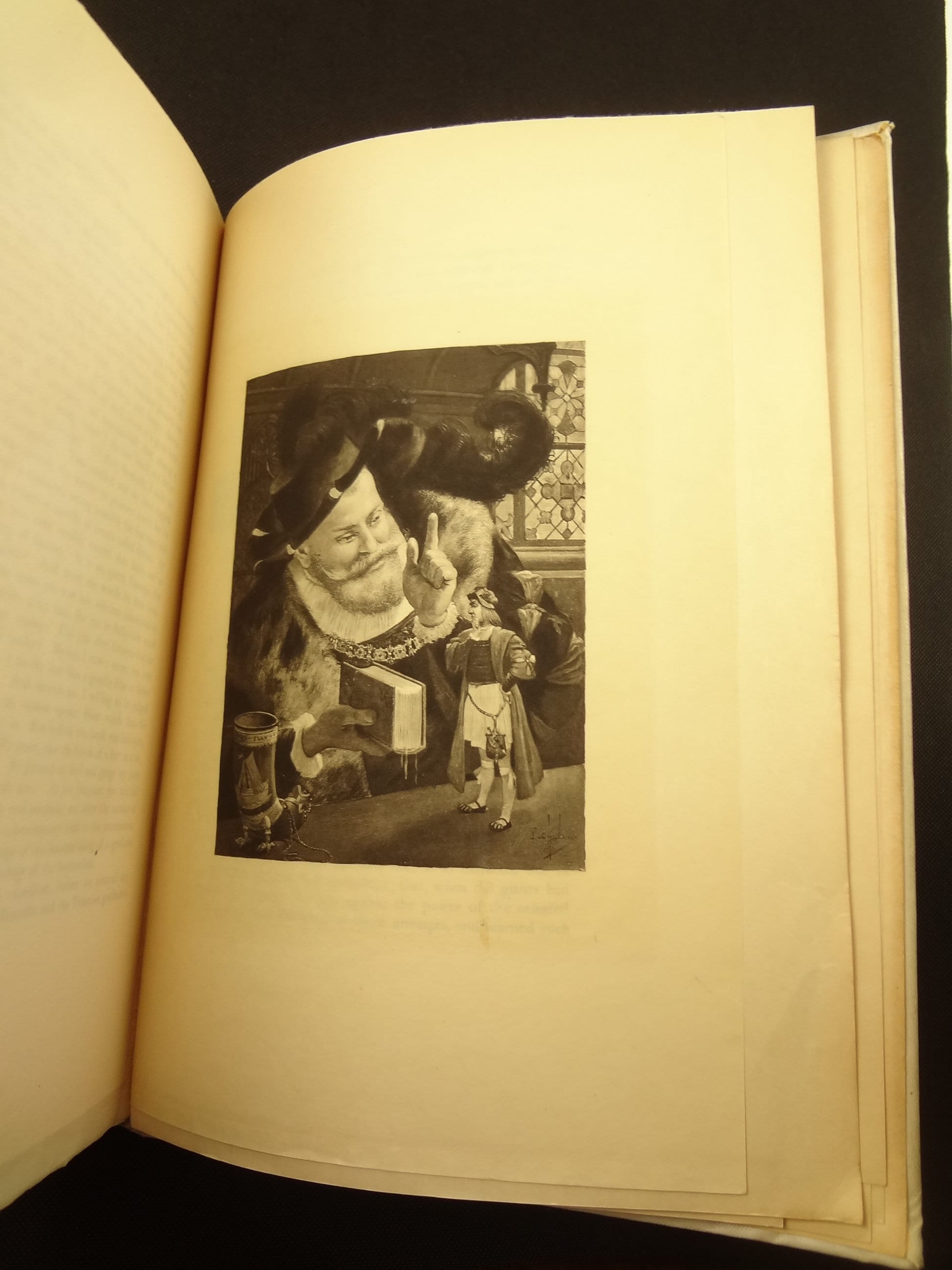 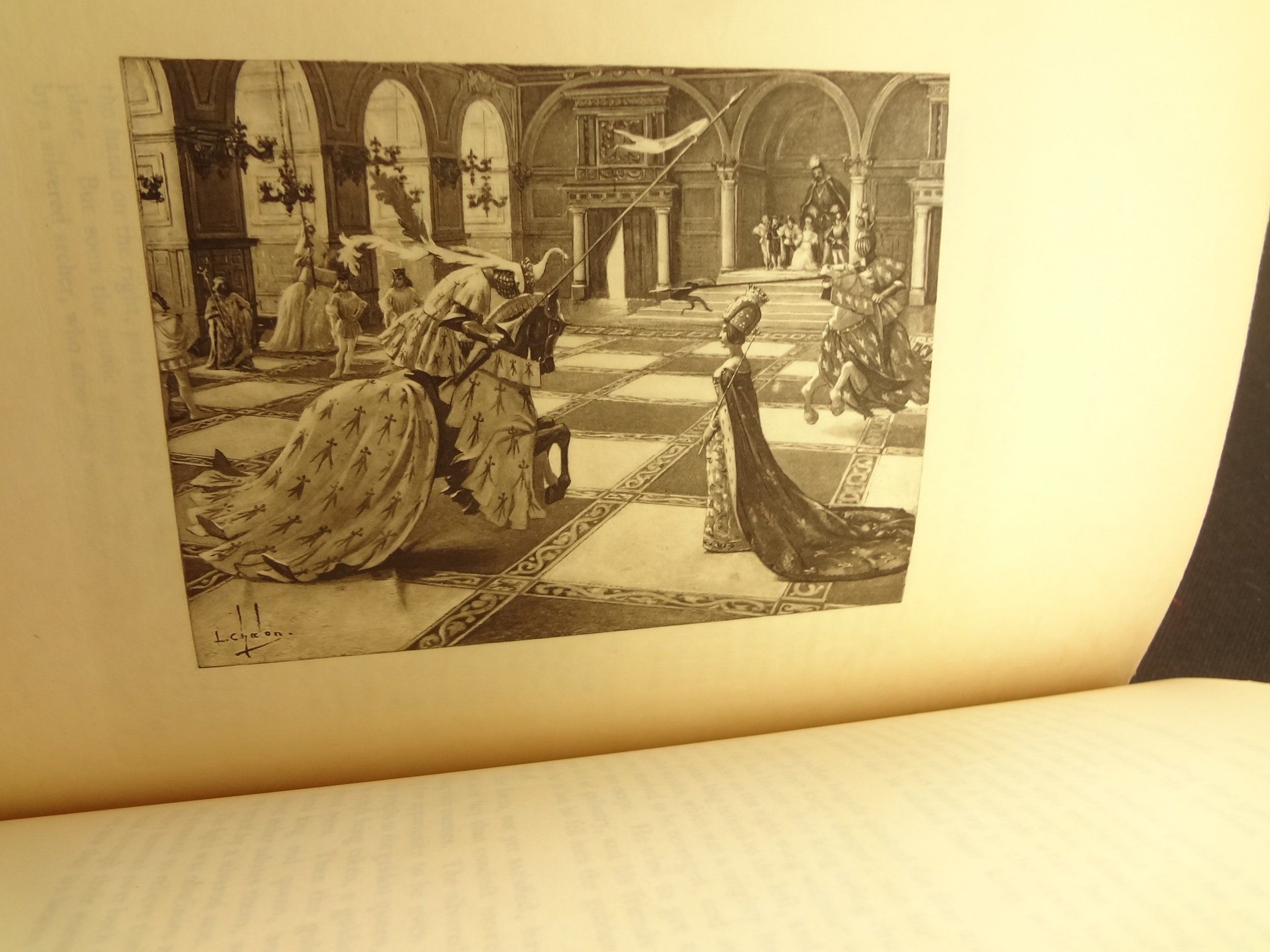 The Works of Master Francis Rabelais, well-illustrated by Chalon, on Japanese Vellum paper, and limited to only 210 copies (this is #50), with two illustrations specific only to this "Vellum" edition.

François Rabelais (? – 9 April 1553) was a French Renaissance writer, physician, Renaissance humanist, monk and Greek scholar. He has historically been regarded as a writer of fantasy, satire, the grotesque, bawdy jokes and songs. His best known work is Gargantua and Pantagruel. Because of his literary power and historical importance, Western literary critics consider him one of the great writers of world literature and among the creators of modern European writing.

Gargantua and Pantagruel relates the adventures of two giants, Gargantua and his son Pantagruel. The tales, celebrating the spirit of "Pantagruelism", are ribald, bawdy, satirical, mock-extravagant, mock-pedantic, and lustily irreverent yet heartily devout. The Author's Prologue opens with fair warning: "Most noble boozers, and you my very esteemed and poxy friends—for to you and you alone are my writings dedicated ...". While the first two books focus on the lives of the two giants, the three books that follow are mainly devoted to the adventures of Pantagruel and his collection of friends—such as Panurge, a roguish, erudite maverick, and Brother Jean, a bold, voracious and boozing ex-monk—on a rambling sea-voyage in quest of the "divine Bottle".

Although most chapters are humorous, wildly fantastic and frequently absurd, a few relatively serious passages have become famous for expressing humanistic ideals of the time. In particular, the chapters on Gargantua's boyhood and Gargantua's paternal letter to Pantagruel present a quite detailed vision of education.

See pictures. Some wear and thumbing to boards, corners lightly bumped. Volume 1 has a 1 c.m. tear at mid-rear joint of cloth hardcover binding. A little sunning to spines. Volume one silk ribbon expired. Due to boards bump, some pages dog-eared at bottom right corner. Each volume slightly out of square. Pencil name at the front of each volume, on blank unpaginated flyleaf. No other writing.