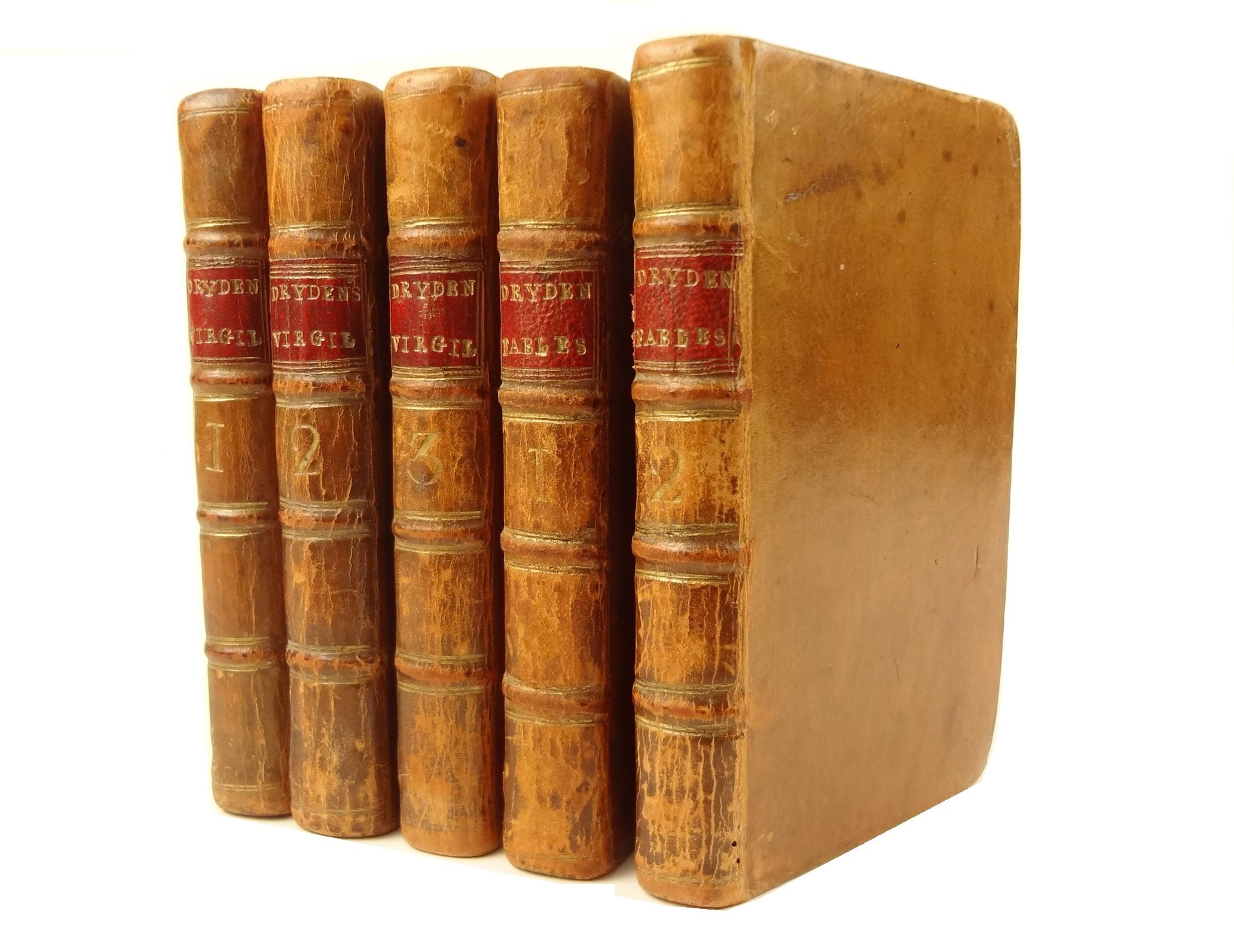 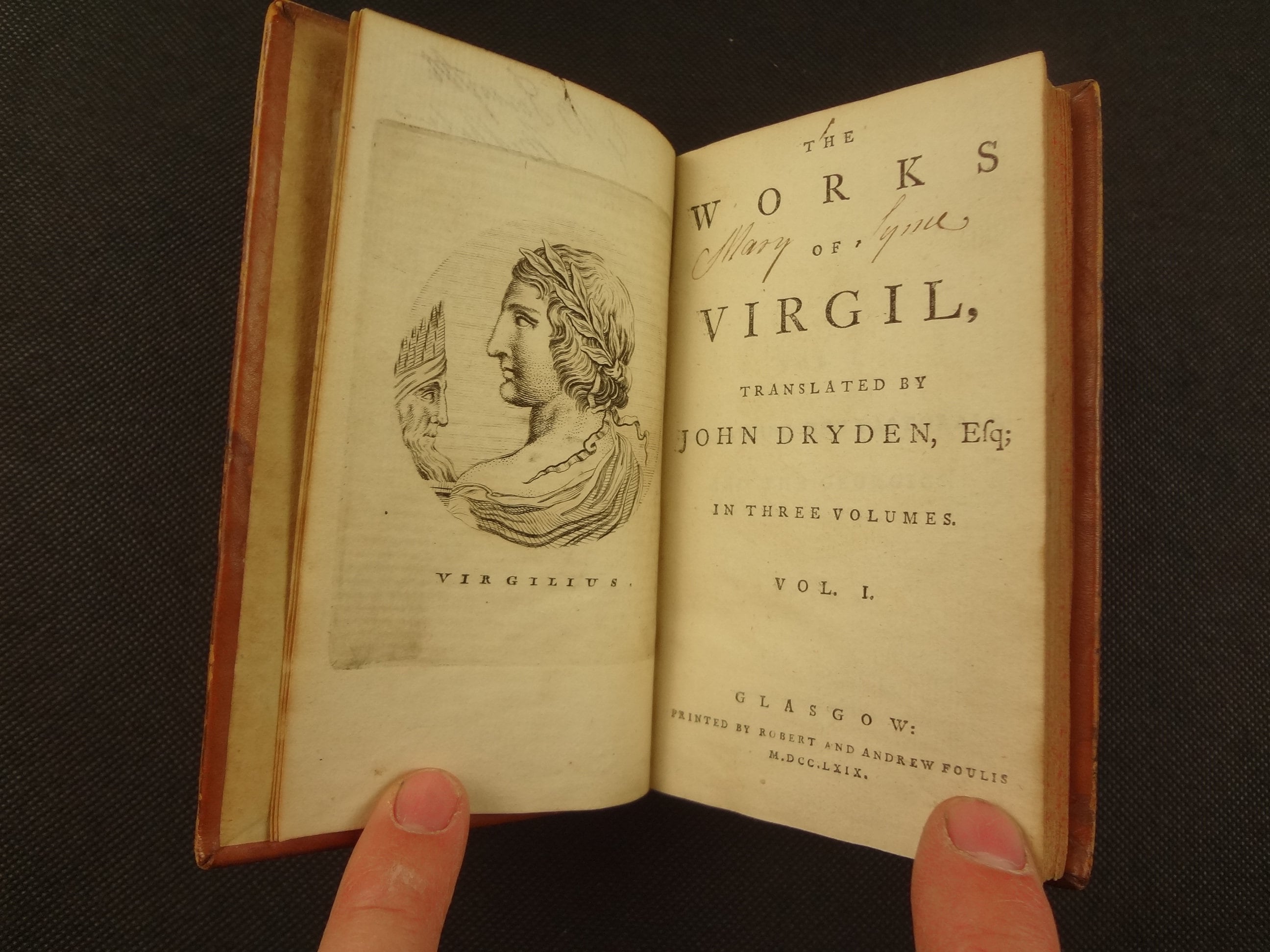 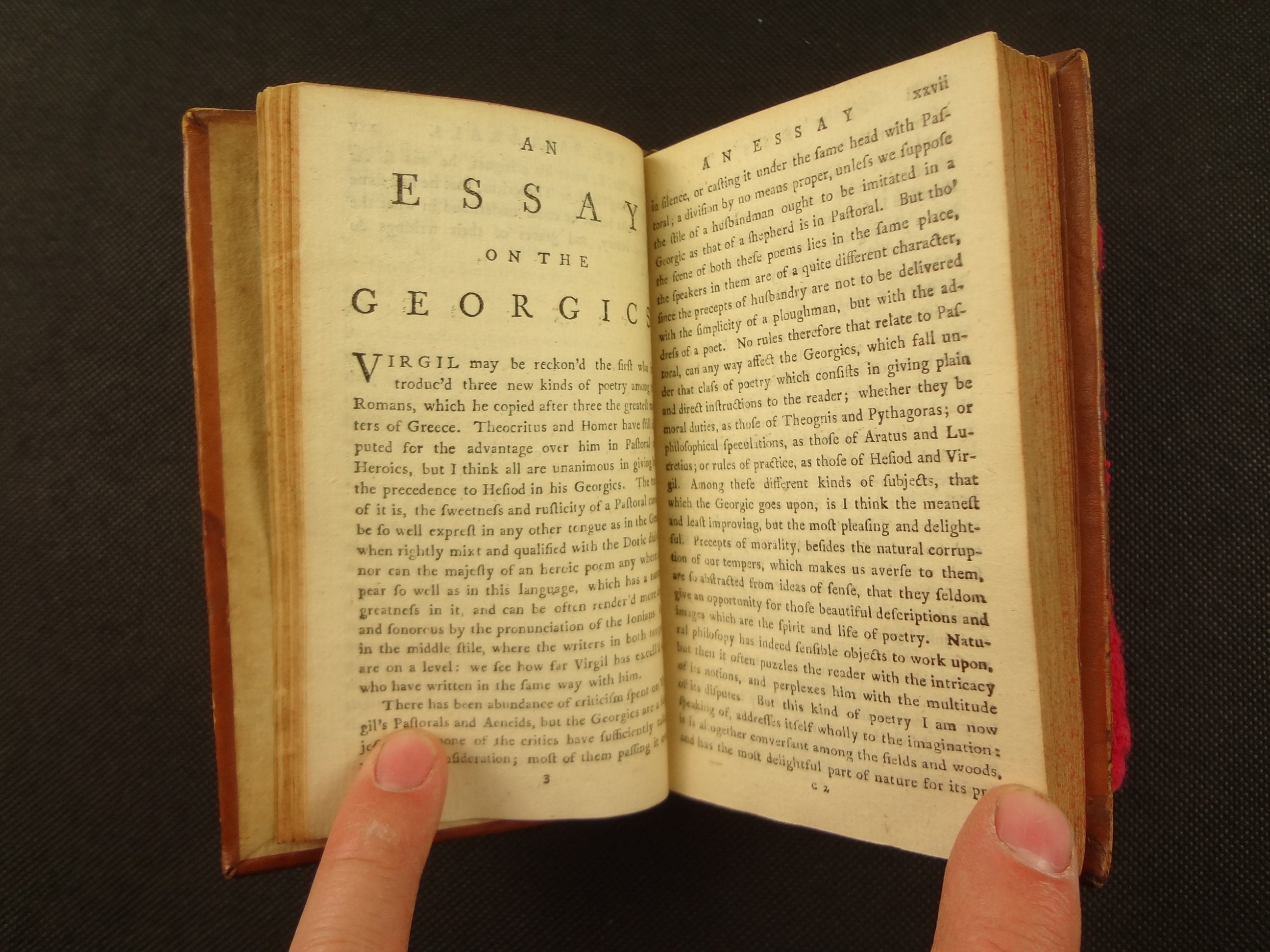 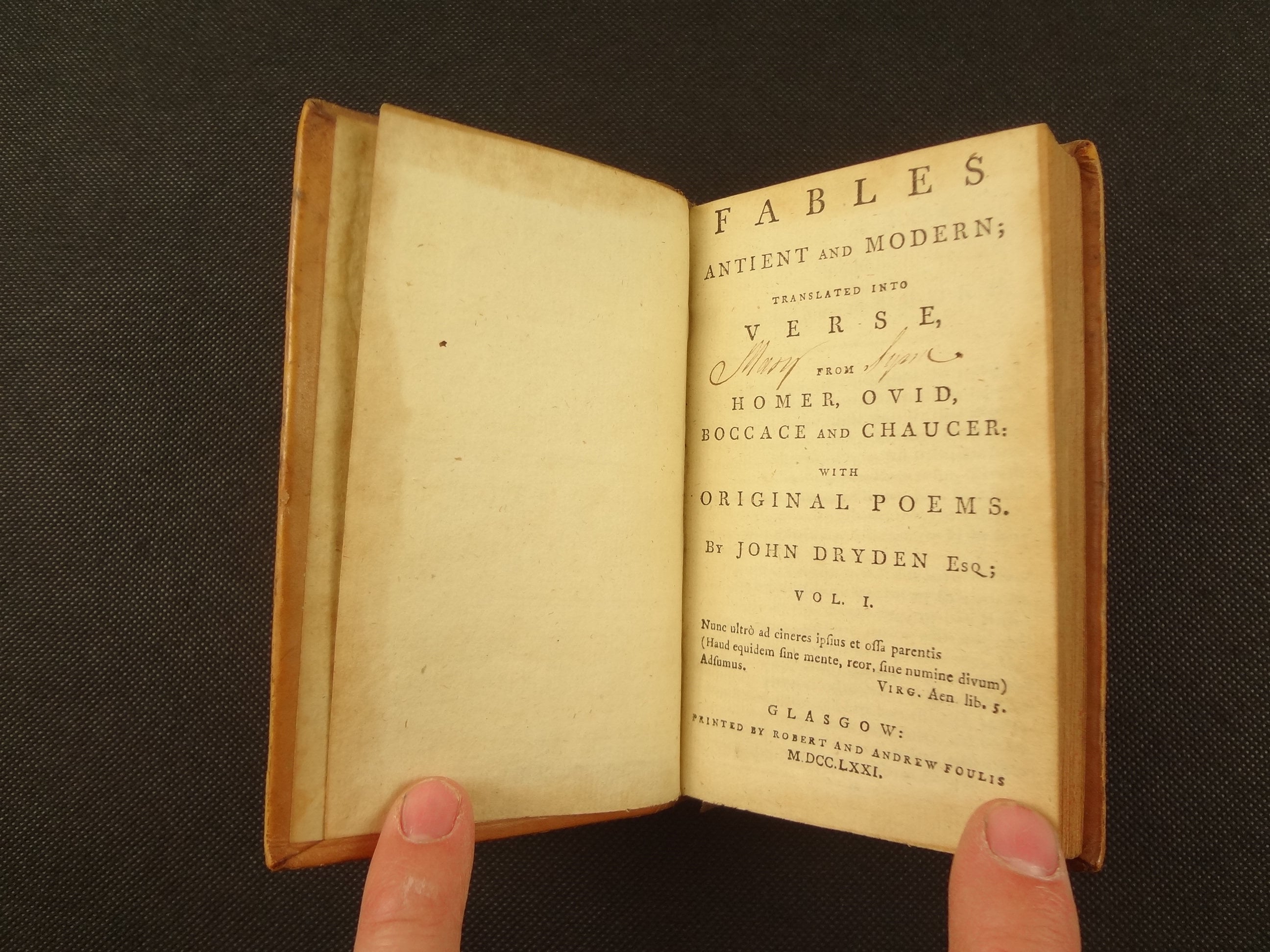 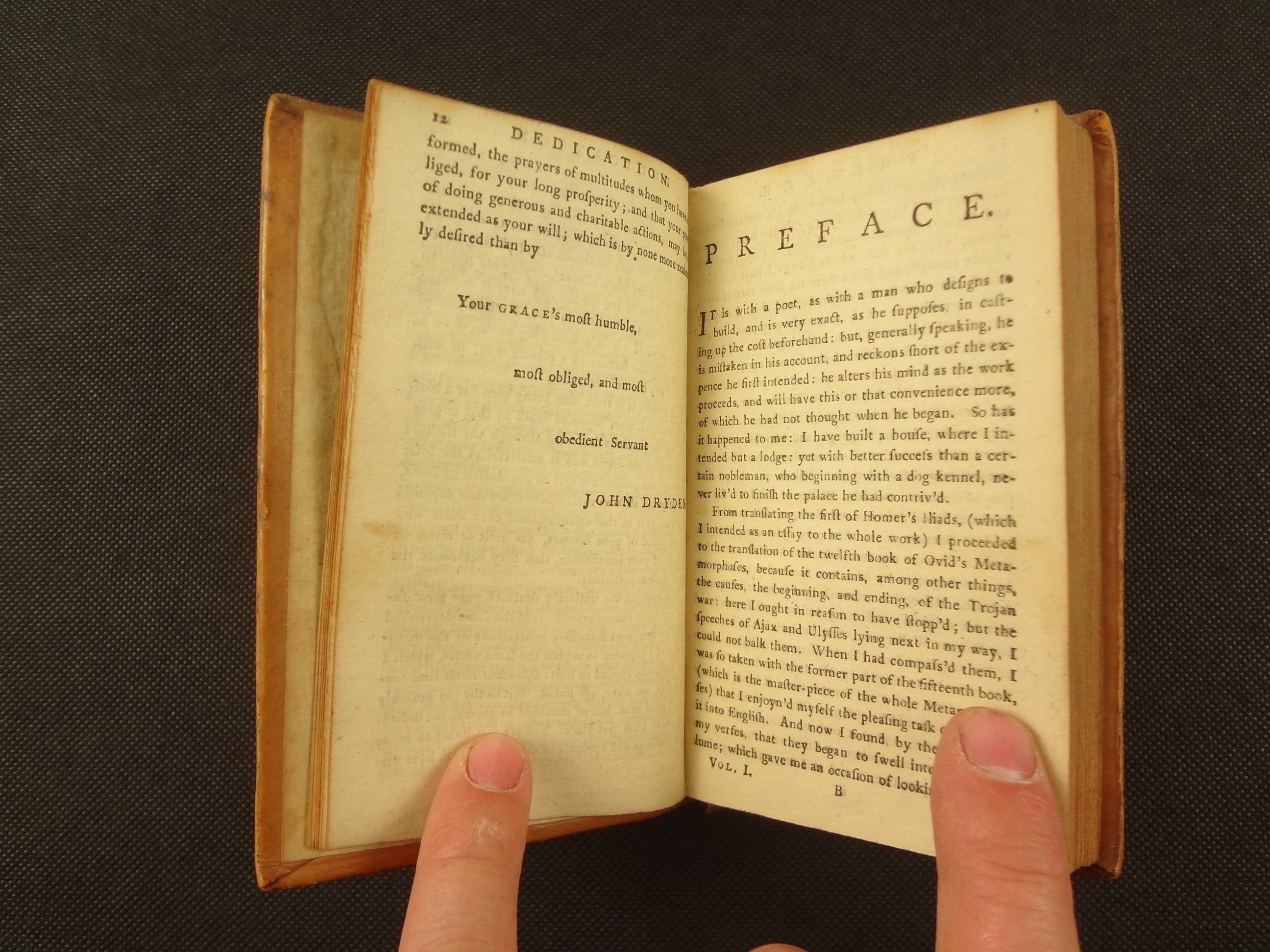 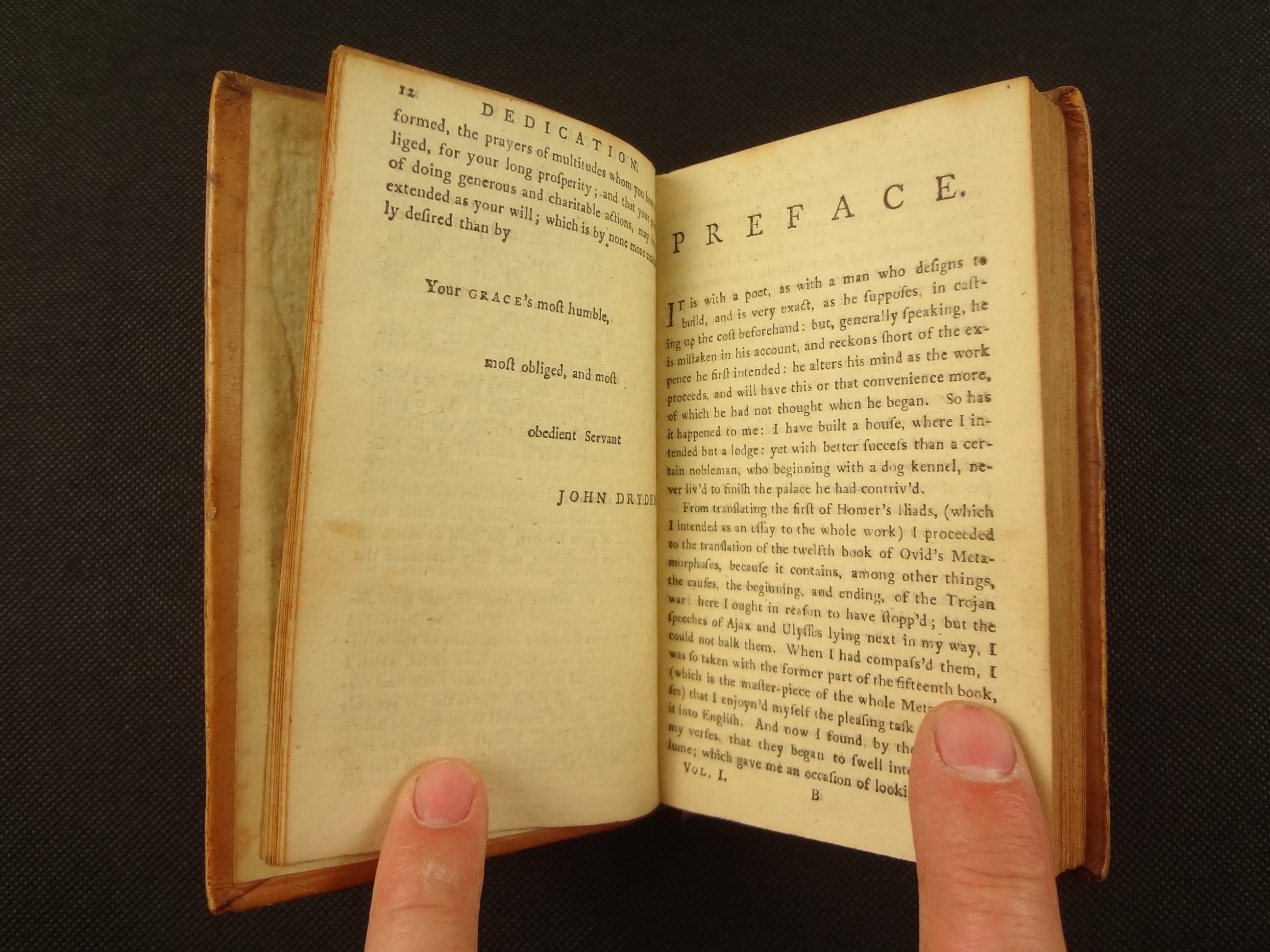 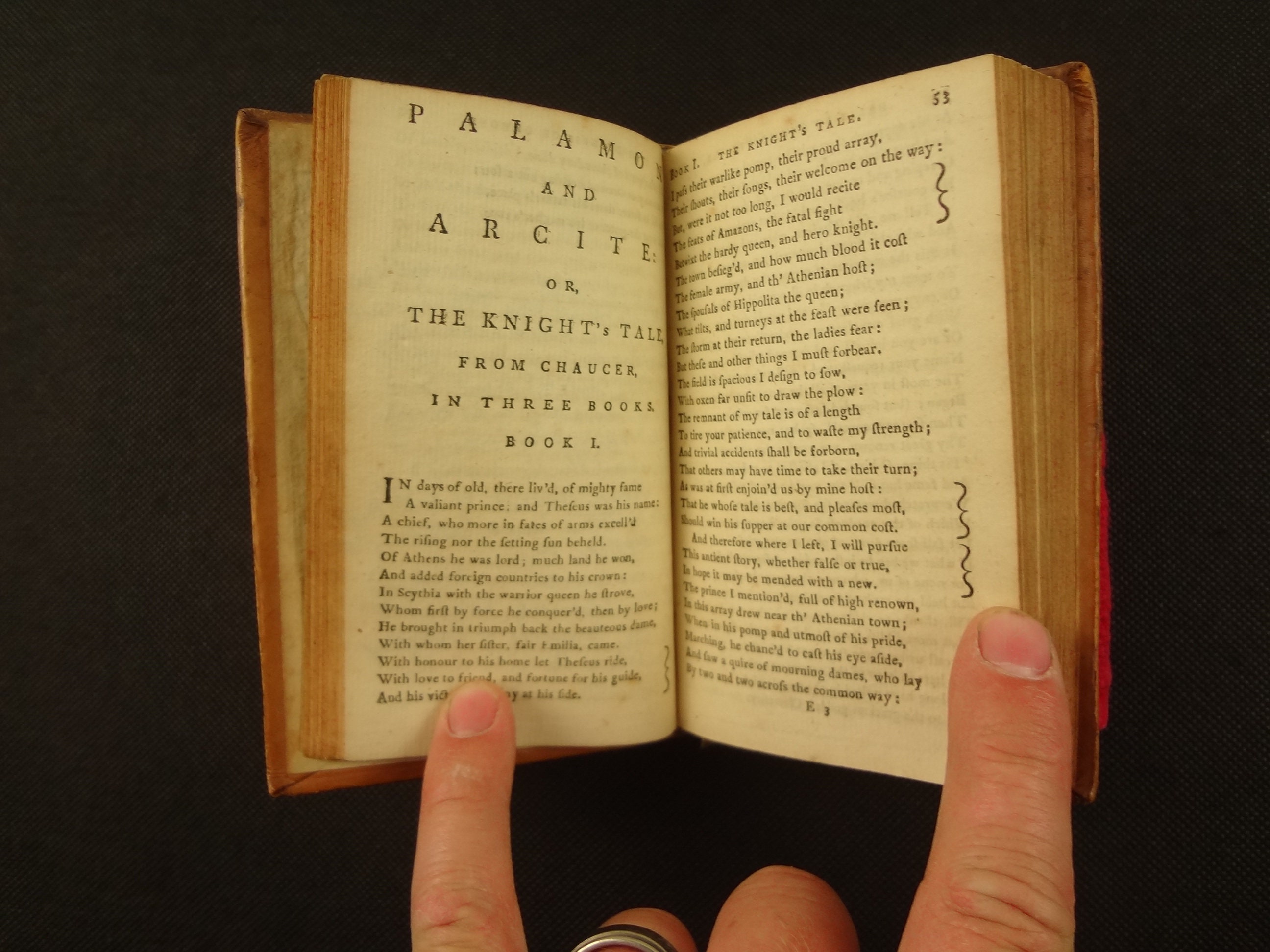 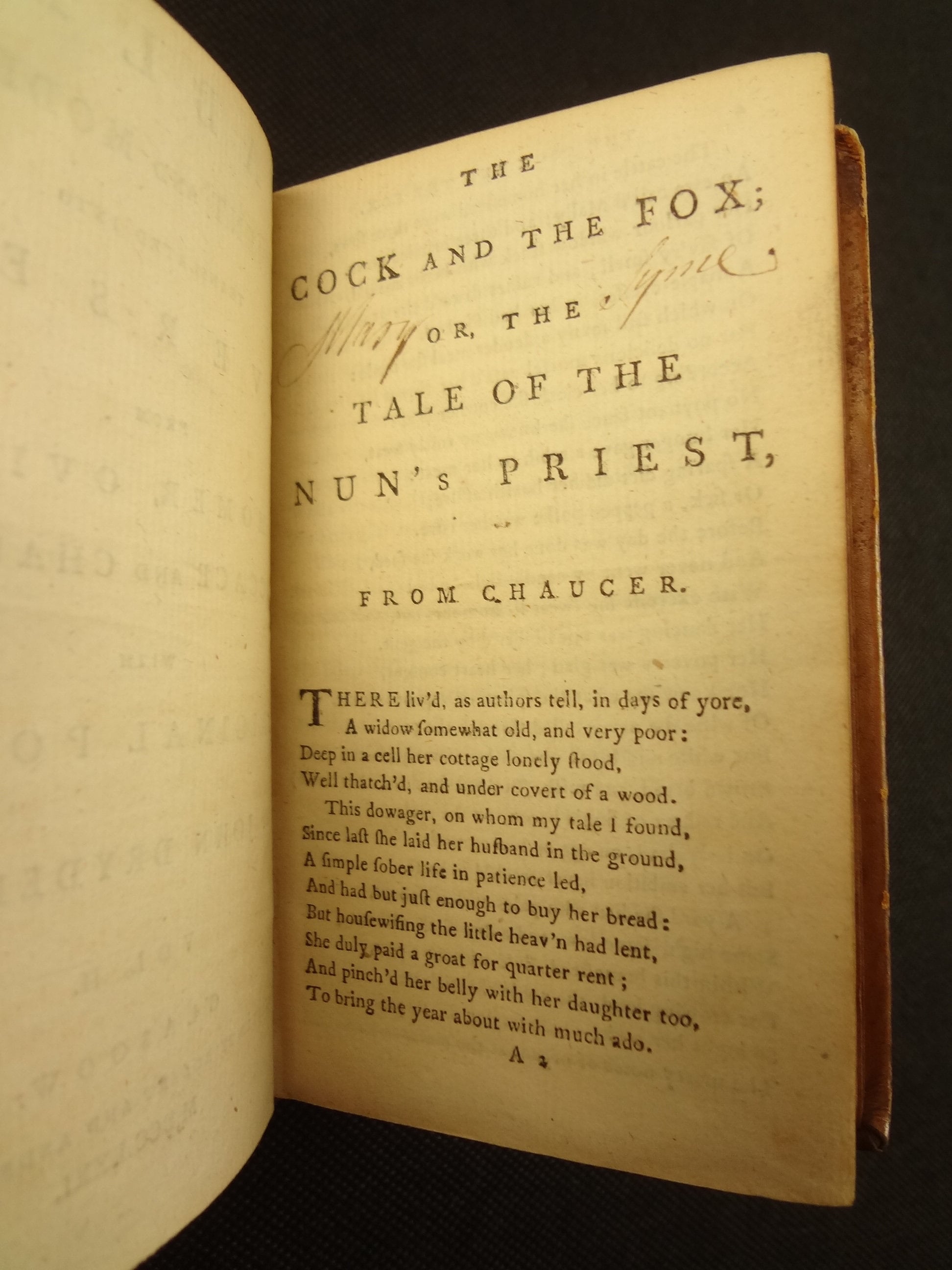 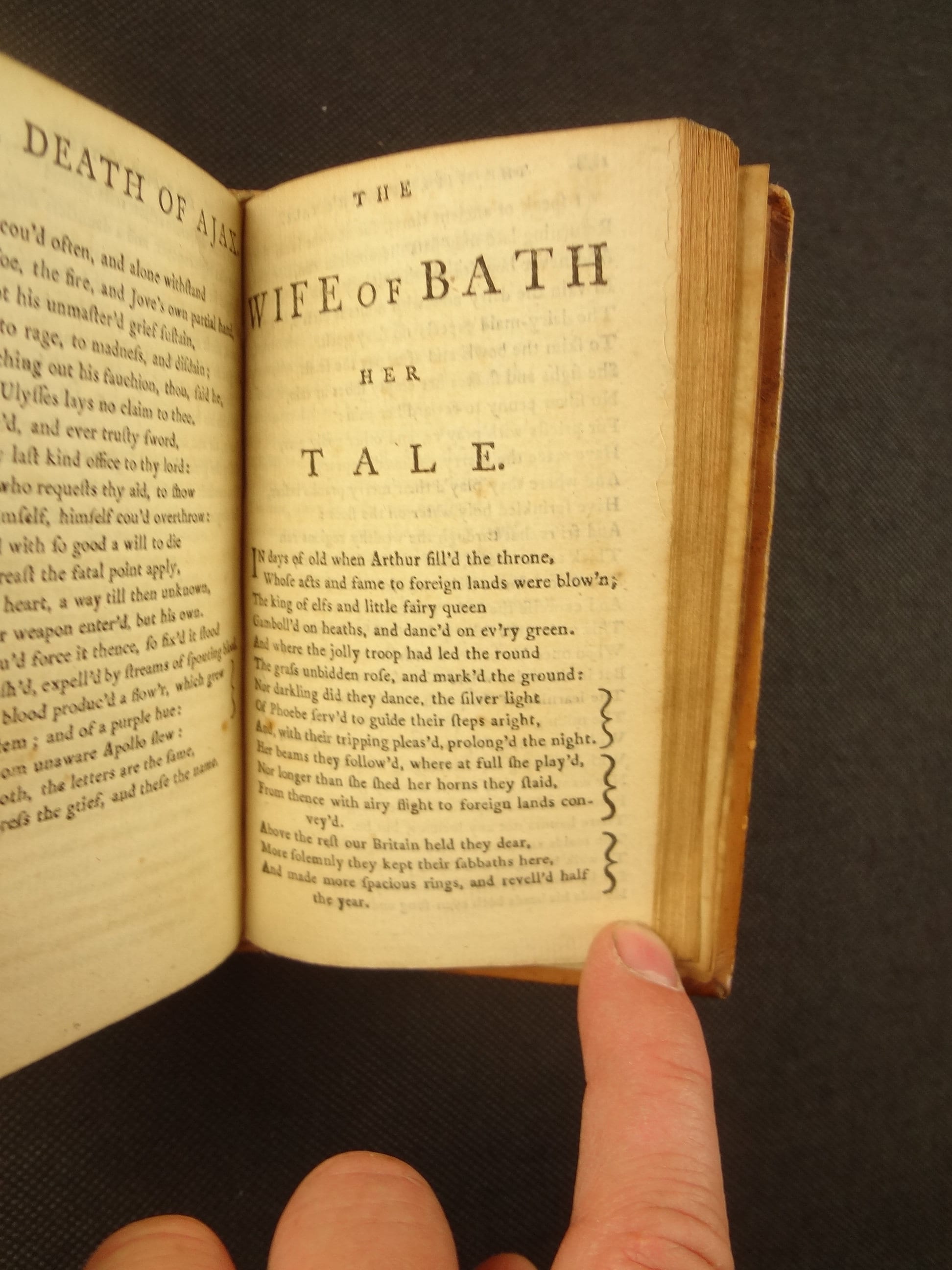 1769 Works of Virgil, translated by Dryden (3 volumes, complete) - the Pastorals, Georgics, and the Books of the Aeneis. At the time of this listing, Vialibri shows no other copy of this set available on the market.

1771 Fables by Dryden (2 volumes, complete) - Passages from Ovid (Metamorphoses), Homer (Iliad), Chaucer (The Knight's Tale,The Wife of Bath, among others) and Boccace (Cymon and Iphigenia, among others).

John Dryden (1631 –1700) was an English poet, literary critic, translator, and playwright who was made England's first Poet Laureate in 1668. He is seen as dominating the literary life of Restoration England to such a point that the period came to be known in literary circles as the Age of Dryden. Walter Scott called him "Glorious John".

These two works are, interestingly, his final two. In 1694 he began work on what would be his most ambitious and defining work as translator, The Works of Virgil (1697), which was published by subscription. The publication of the translation of Virgil was a national event and brought Dryden the sum of £1,400. His final translations appeared in the volume Fables Ancient and Modern (1700), a series of episodes from Homer, Ovid, and Boccaccio, as well as modernized adaptations from Geoffrey Chaucer interspersed with Dryden's own poems.

Robert Foulis was born the son of a maltman. He was apprenticed to a barber, but was encouraged to become a publisher by Francis Hutcheson who was impressed by his ability. After spending 1738 and 1739 in England and France in company with his brother, Andrew, who had been intended for the church and had received a better education, Robert set up a publishing business in 1741 in Glasgow, and in 1742 acquired his own press. He bought type from the renowned type-maker and punch-cutter Alexander Wilson. In 1743 he was appointed printer to the Glasgow University. In the same year he produced the first Greek book published in Glasgow, namely the De Elocutione by Demetrius Phalereus. It was also offered in Latin. Soon he went into partnership with his brother. Their press published books in English, Latin, Greek, French and Italian that were noticeable for their quality. Indeed, the brothers were sometimes referred to as "the Elzevirs of Britain." They spared no pains, and Robert went to France to procure manuscripts of the classics, and to engage a skilled engraver and a copper-plate printer.

See pictures. Spines have crazing (lines like cracks) but they are not flaking. Some edge wear to bindings. Boards of vol. 1 Dryden have two moisture marks (no moisture in book). Volume one of Fables has a small rub on front board. All turn-ins have marked their facing endpaper (oiling of leather bleeding in the past). Name written on each title page. Also a name on each Dryden endpaper, but vol. 1 the name is on the recto of the frontis. Silk place ribbons expired. Some dust on top edge. In all, a handsome small set, easily readable, with leather soft to the touch.