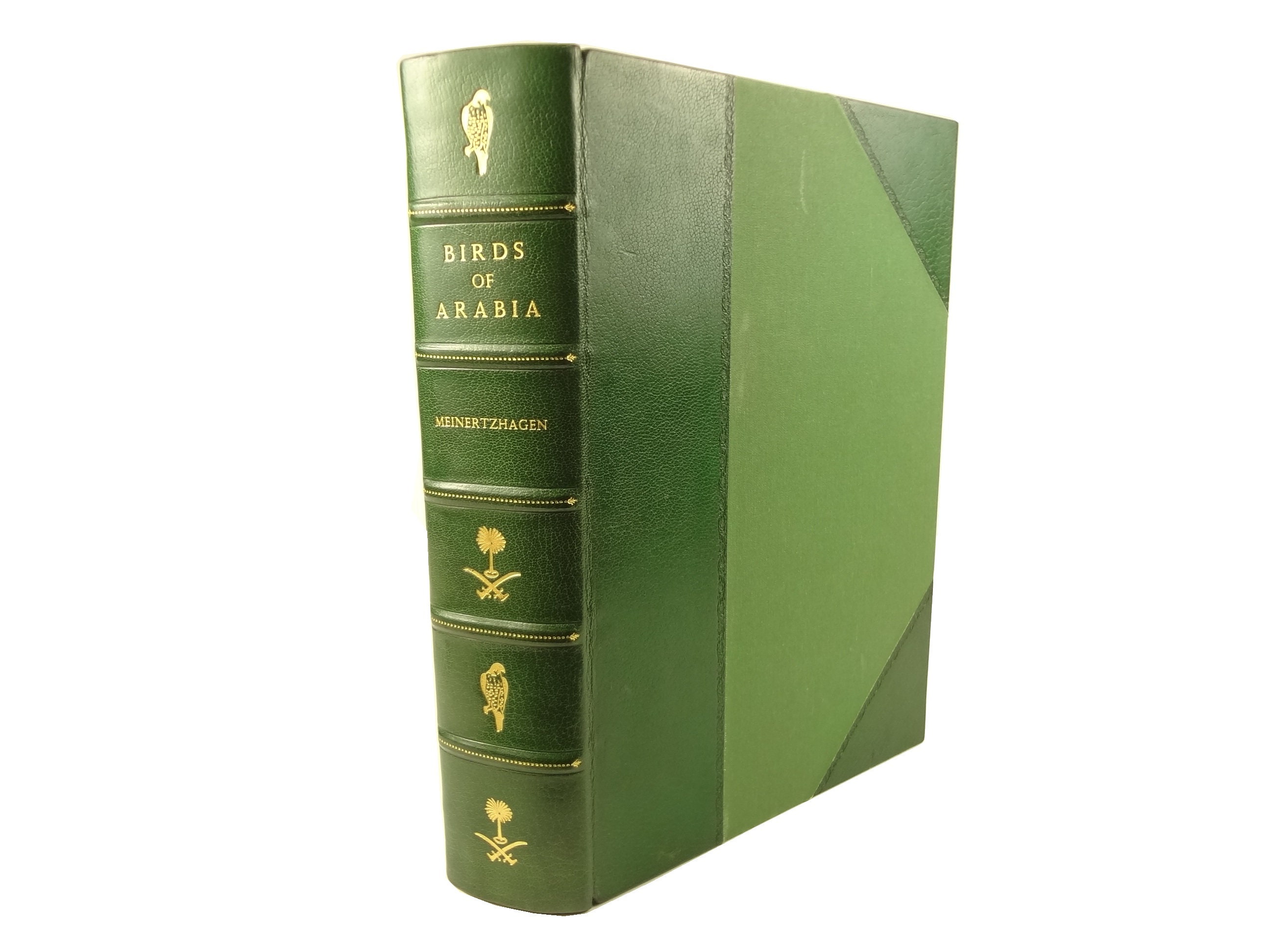 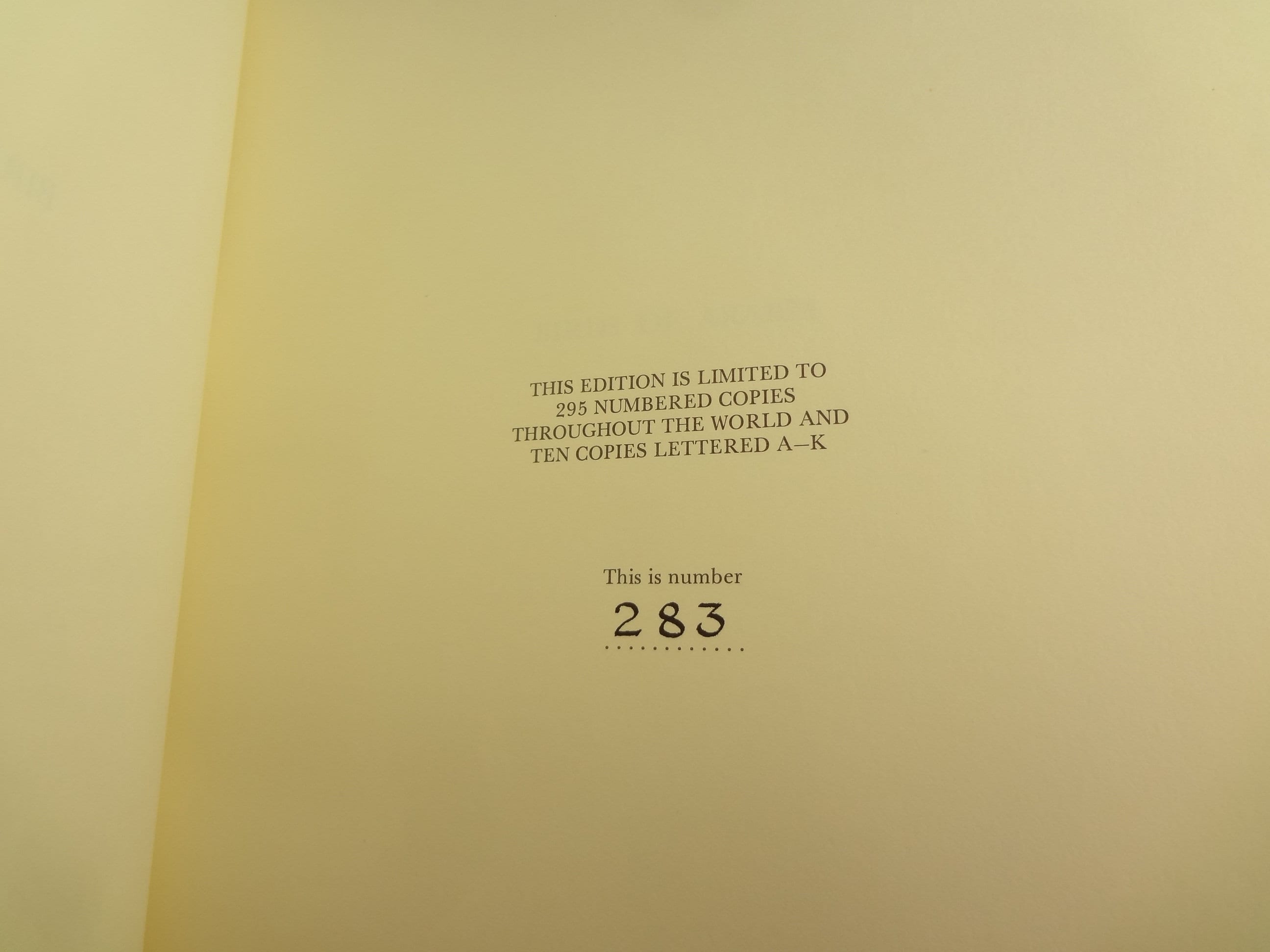 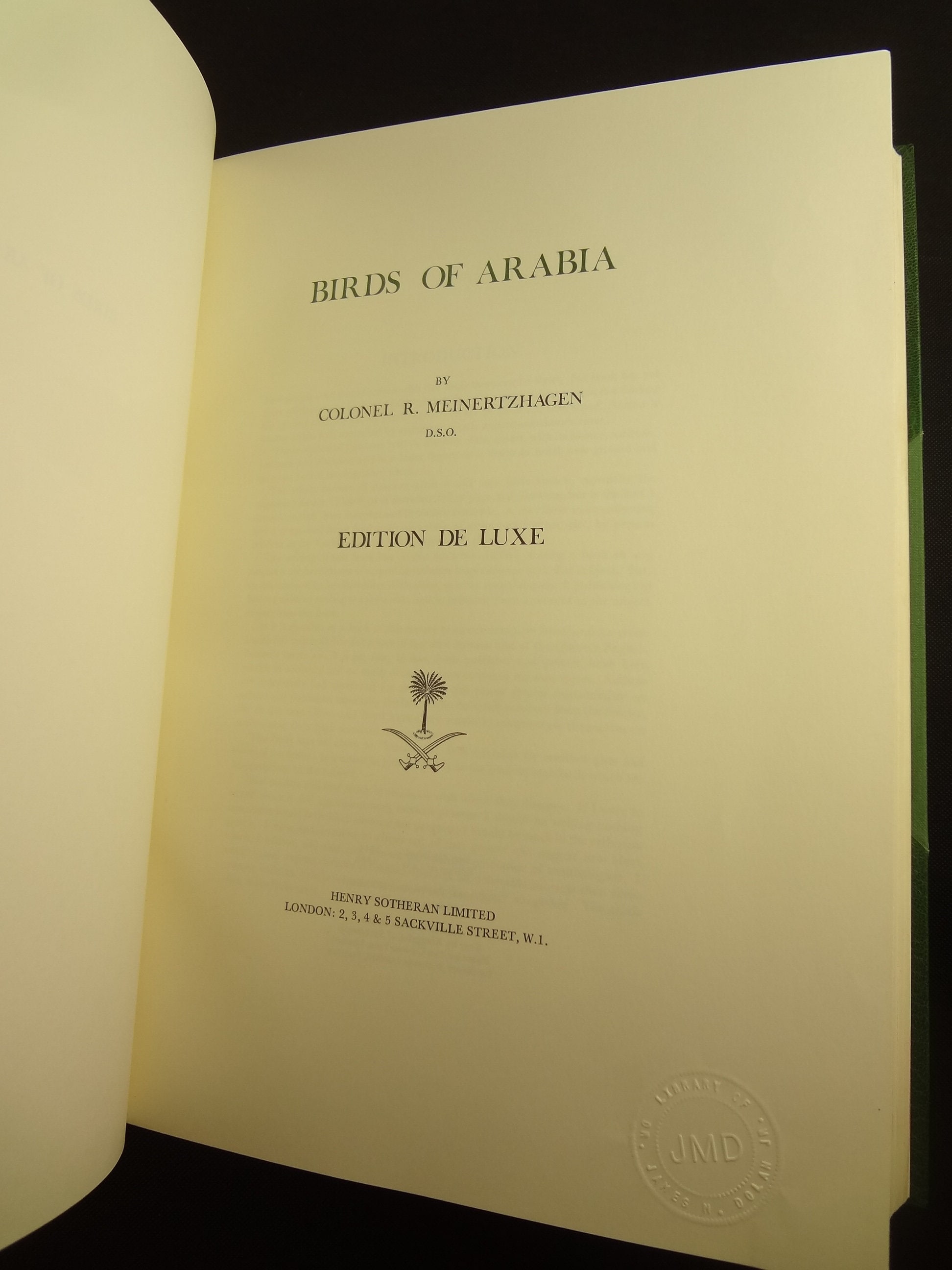 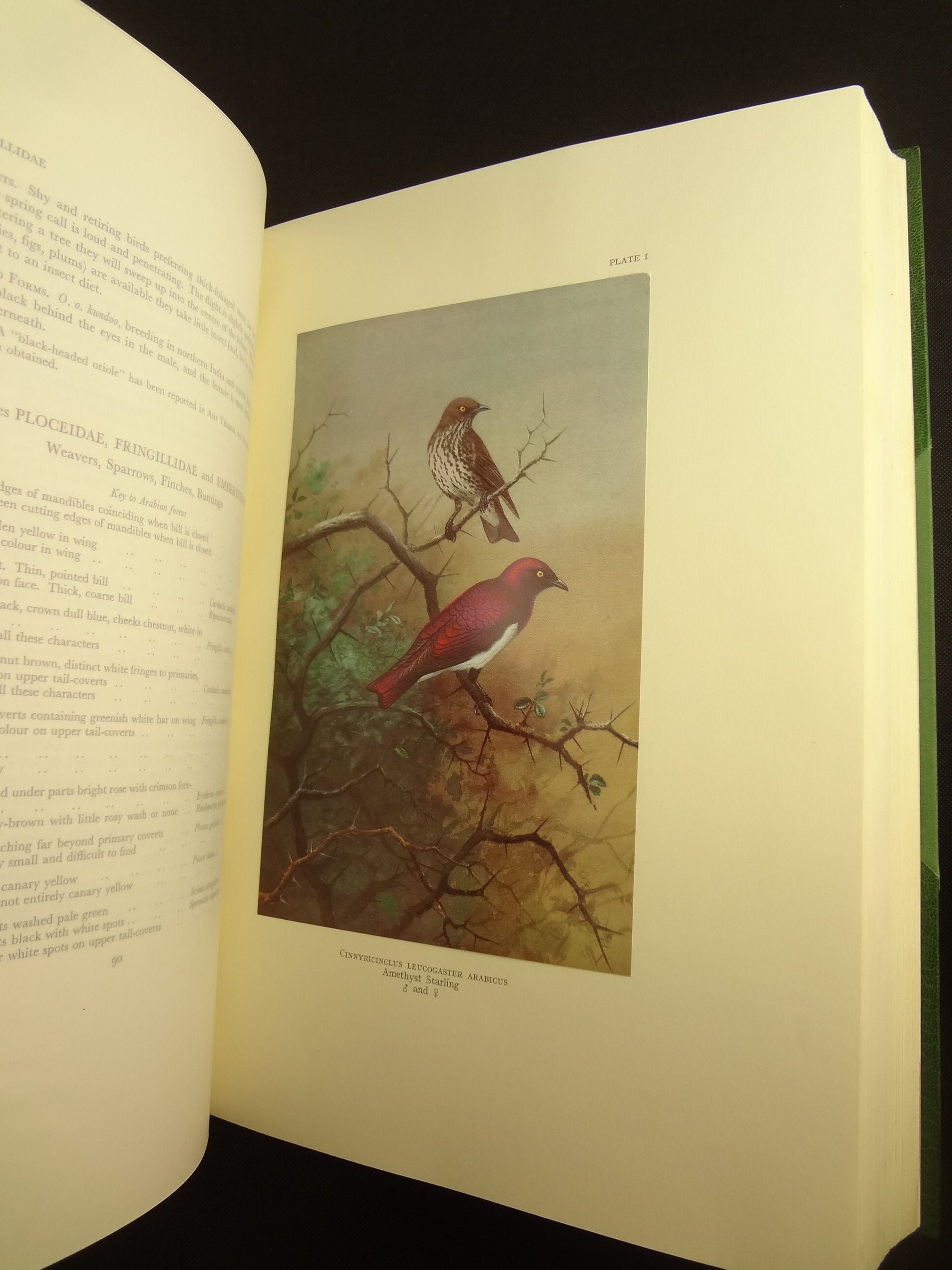 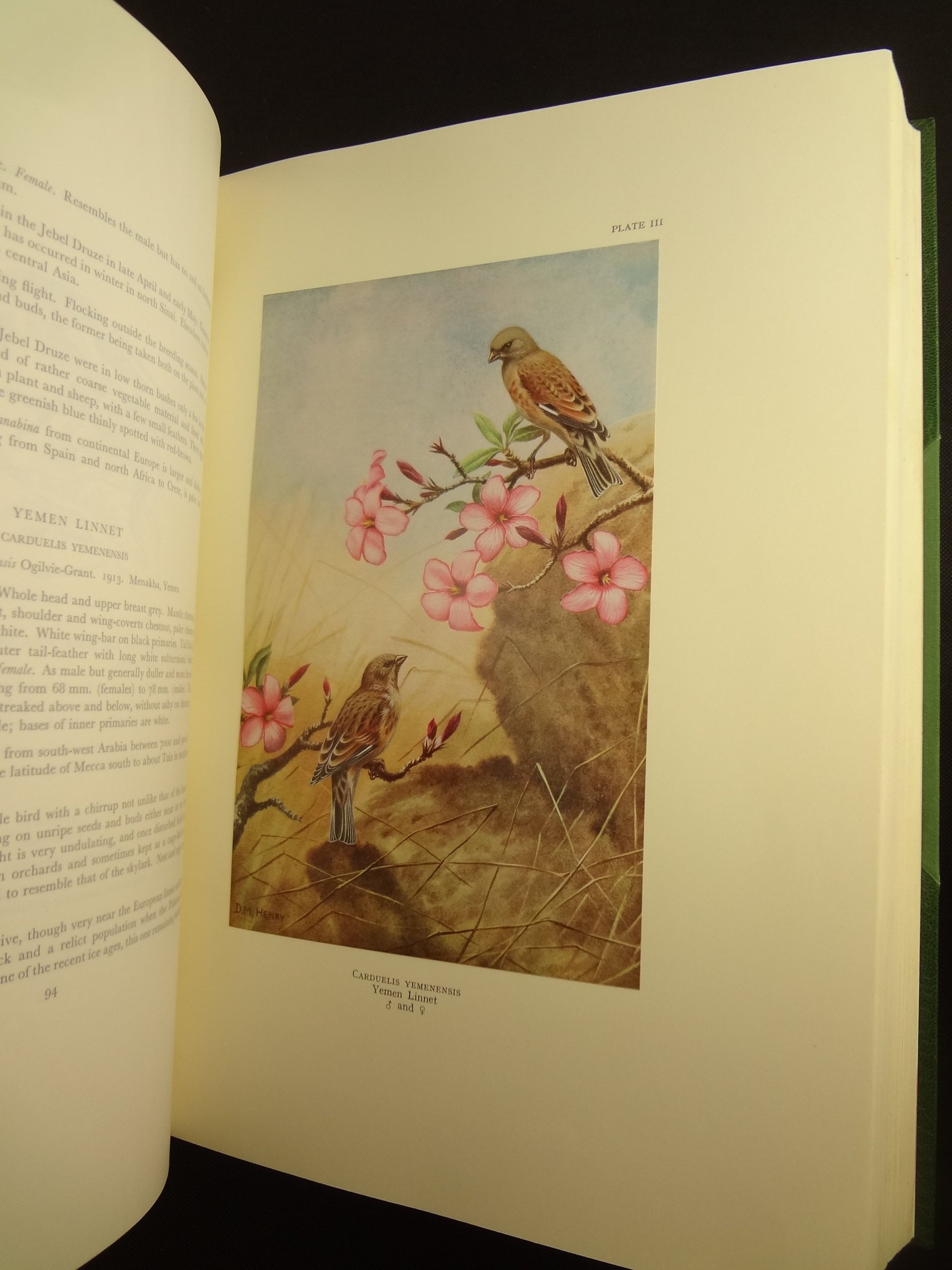 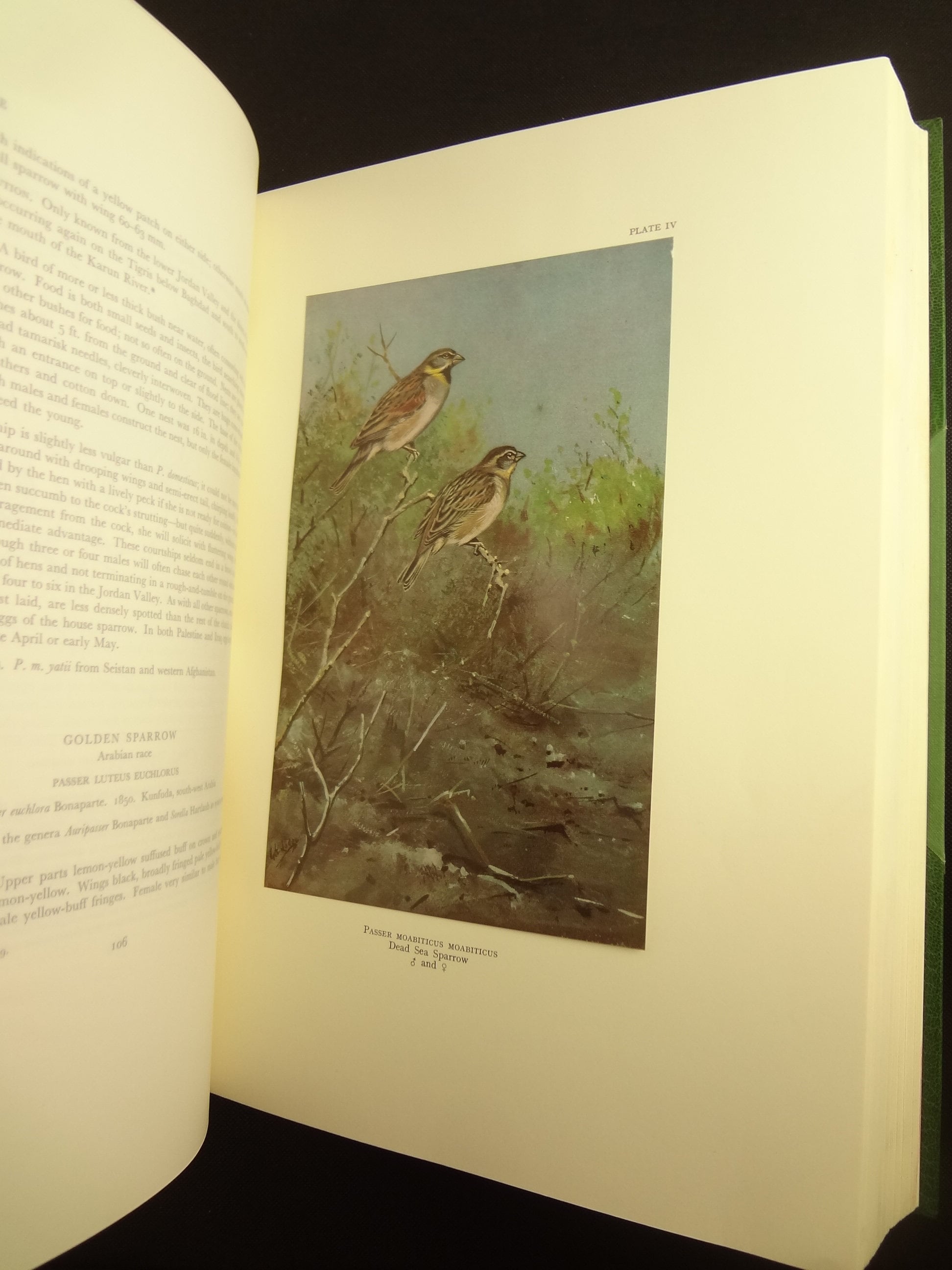 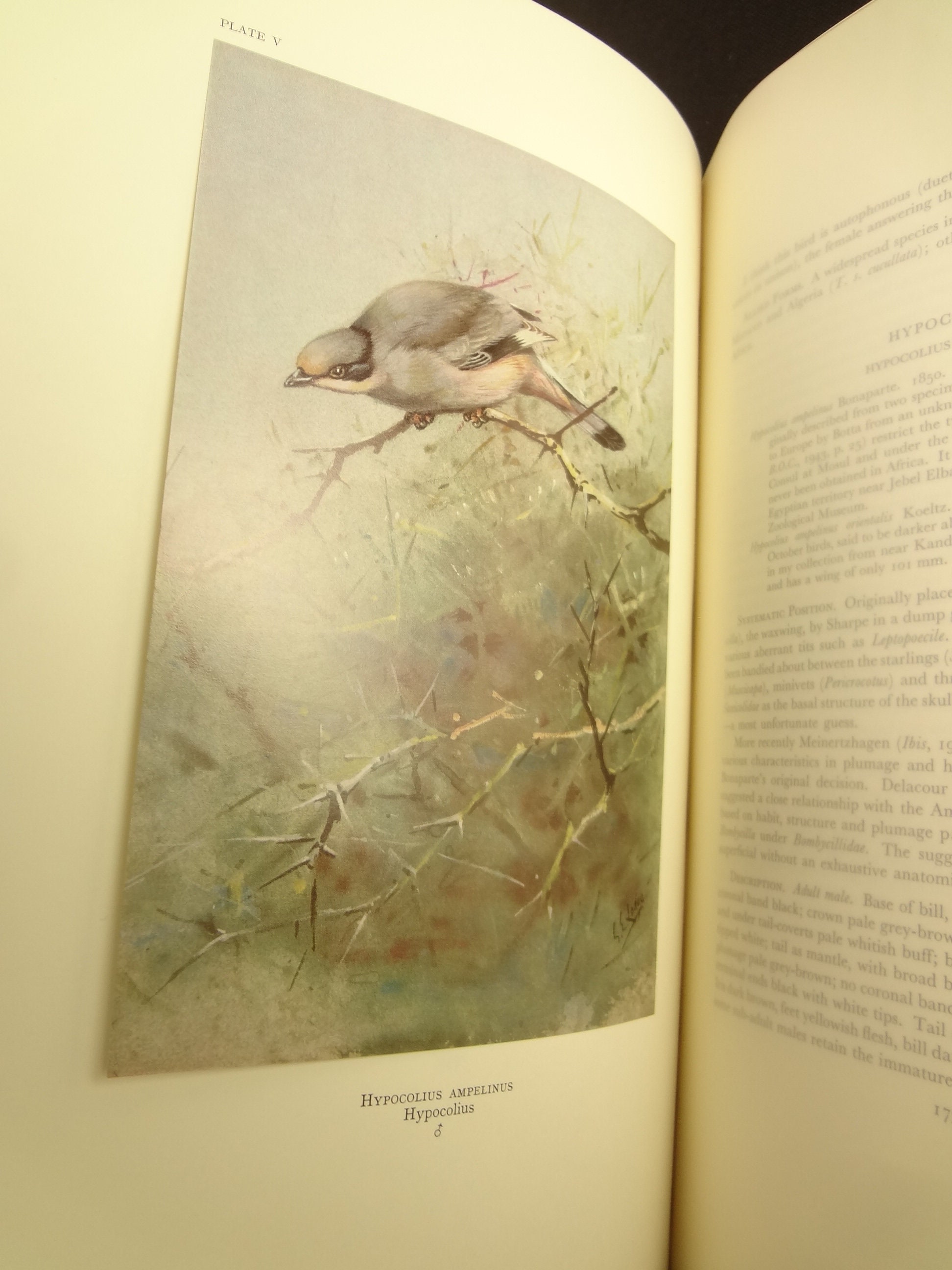 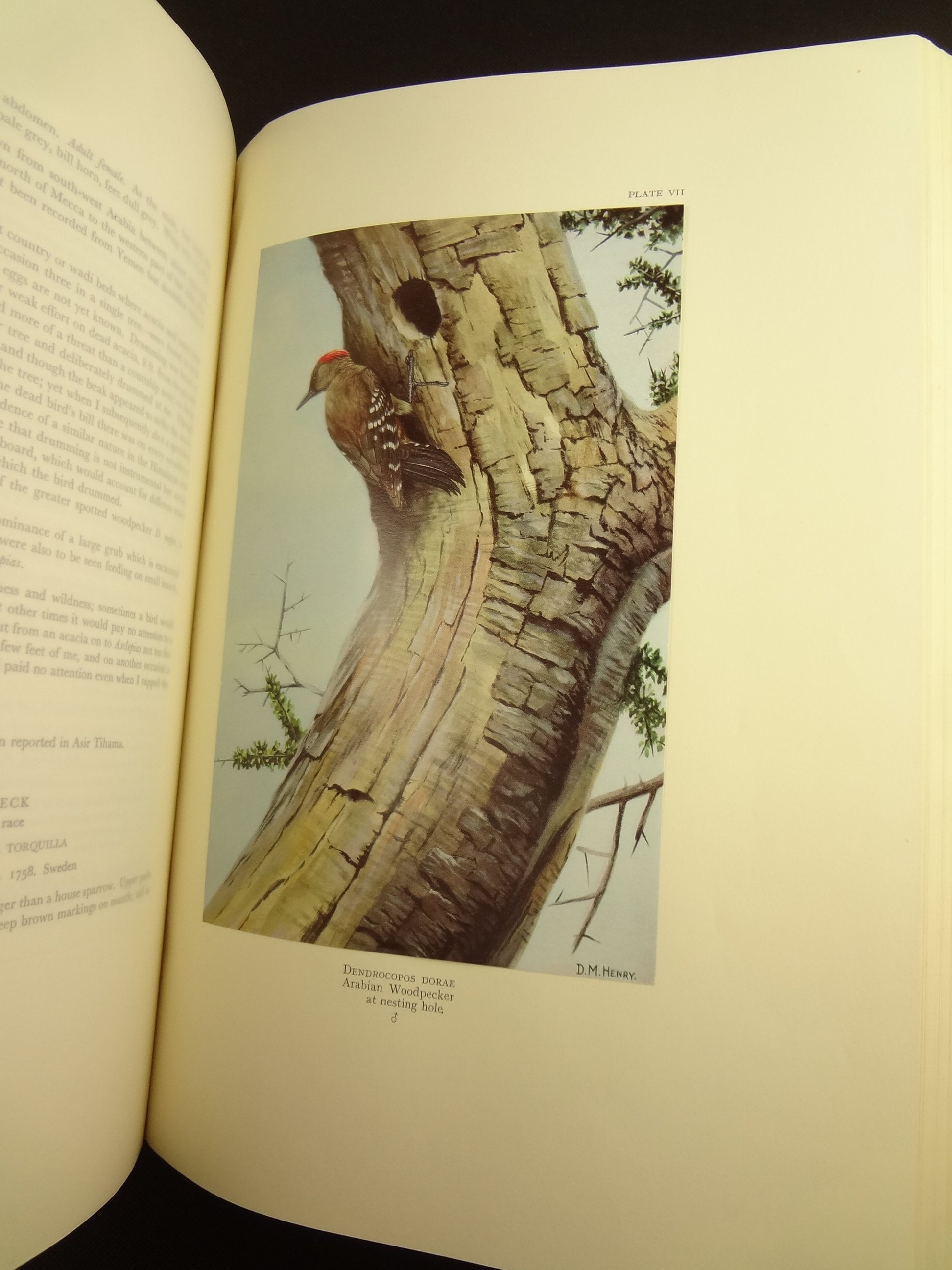 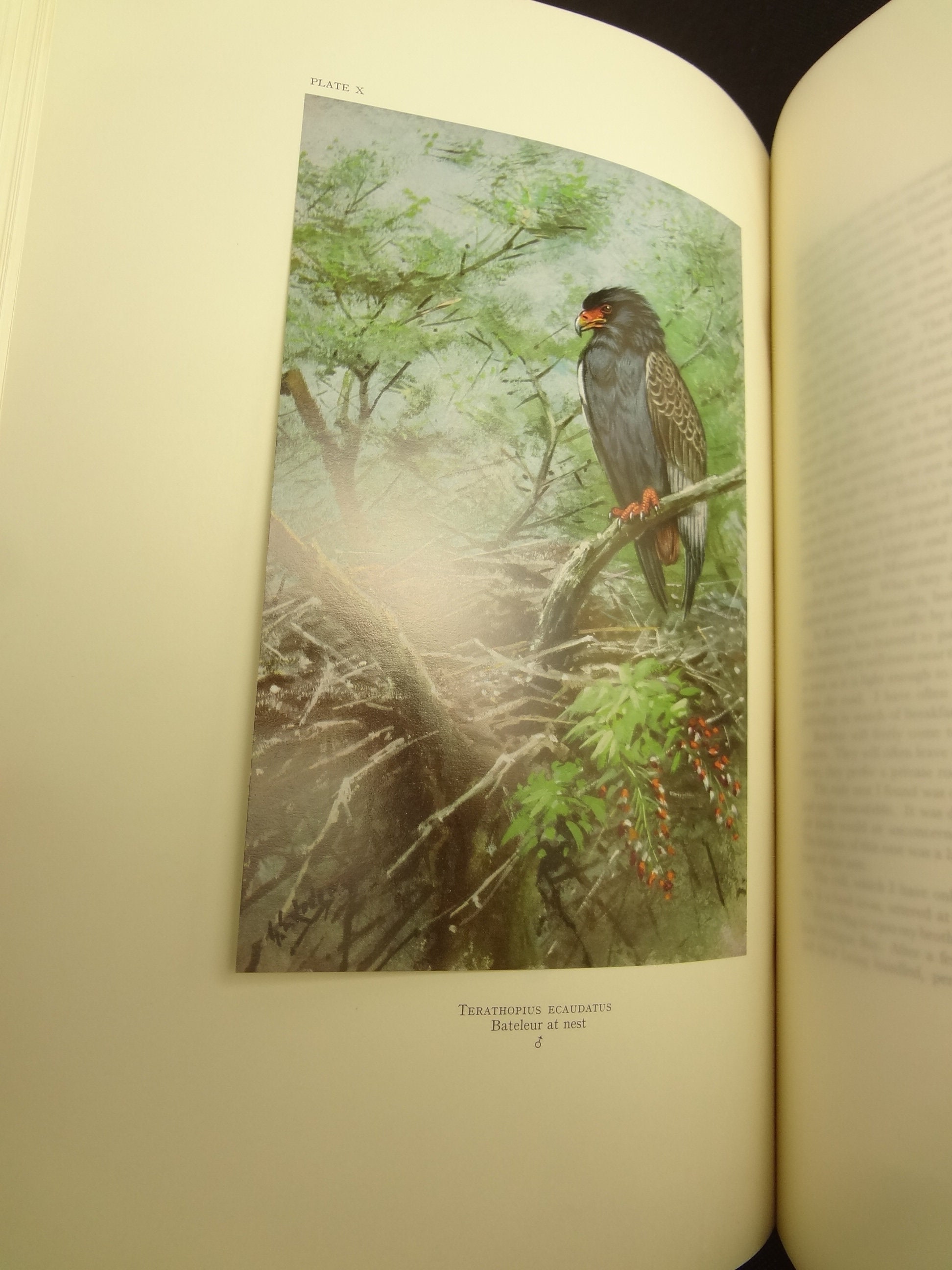 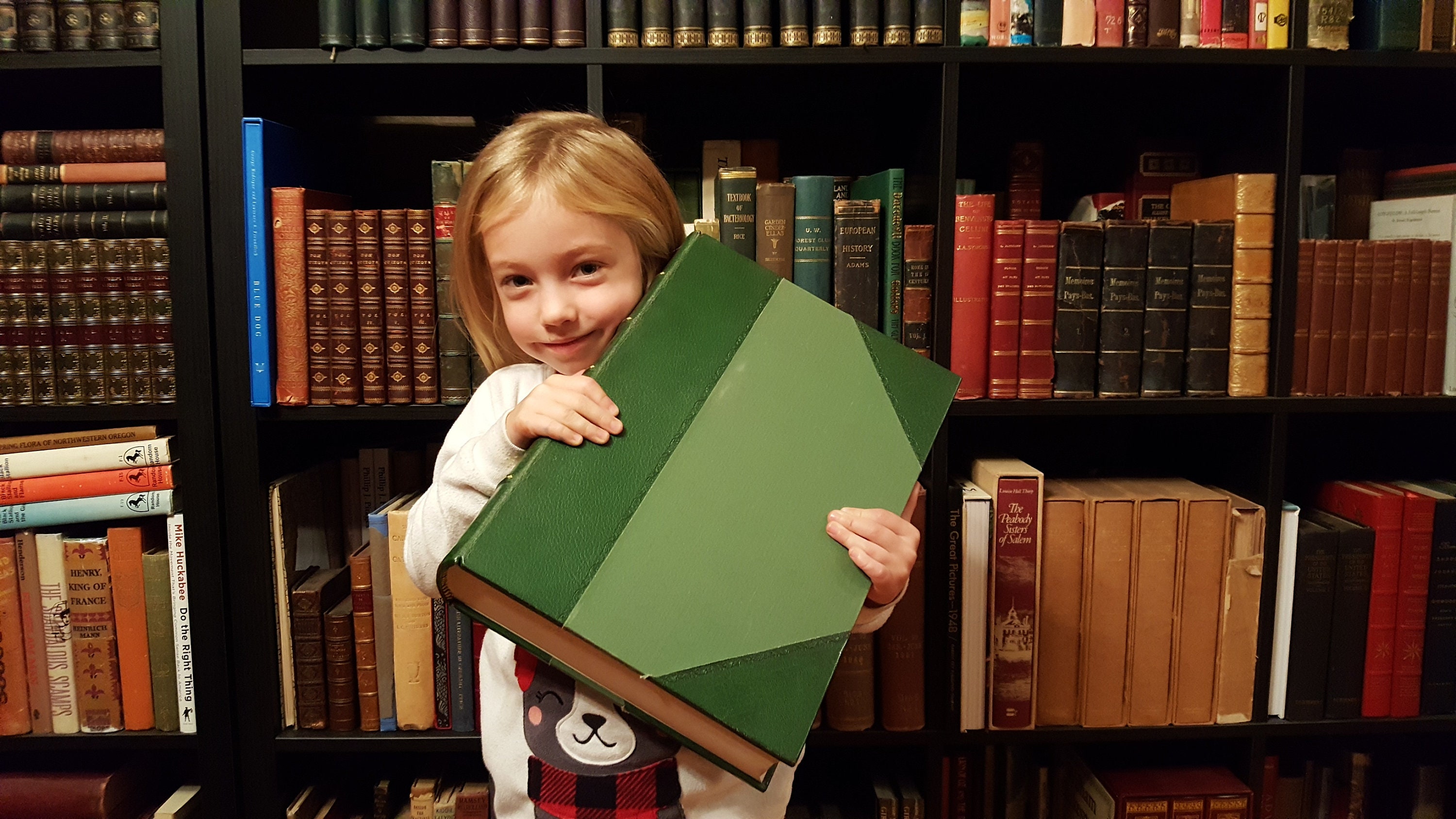 Colonel Meinertzhagen's epic ornithology work, printed and bound by the venerable Sotheran's, in a large "Edition de Luxe". Bound in 3/4 leather, limited to 305 numbered and lettered copies (this is 283), and containing 19 tipped-in colored plates, 9 photographic plates, 53 text figures, and 35 text maps (with one at the rear, fold-out).

Meinertzhagen claims, in the introduction, that no previous work had been produced on the Birds of Arabia, but this book is contentious; there are claims that he stole most of this work from an unpublished manuscript of George Bates.

Meinertzhagen, himself, is quite the character. He claimed the Haversack Ruse as his invention, among other military exploits. His zoological achievements are under scrutiny, to the extant that his stuffed bird collection included stolen examples (from the Natural History Museum). Even his diary was found to have later, wishful, addendums; a notable example being that in 1934, when meeting Hitler, confused by Hitler's salute, he raised his arm and shouted "Heil Meinertzhagen" in response. On the dark side, it is rumored his second wife's shooting range accident might be attributed to Meinertzhagen.

T.E. Lawrence, in The Seven Pillars of Wisdom, wrote - "Meinertzhagen knew no half measures. He was logical, an idealist of the deepest, and so possessed by his convictions that he was willing to harness evil to the chariot of good. He was a strategist, a geographer, and a silent laughing masterful man; who took as blithe a pleasure in deceiving his enemy (or his friend) by some unscrupulous jest, as in spattering the brains of a cornered mob of Germans one by one with his African knob-kerri. His instincts were abetted by an immensely powerful body and a savage brain..."