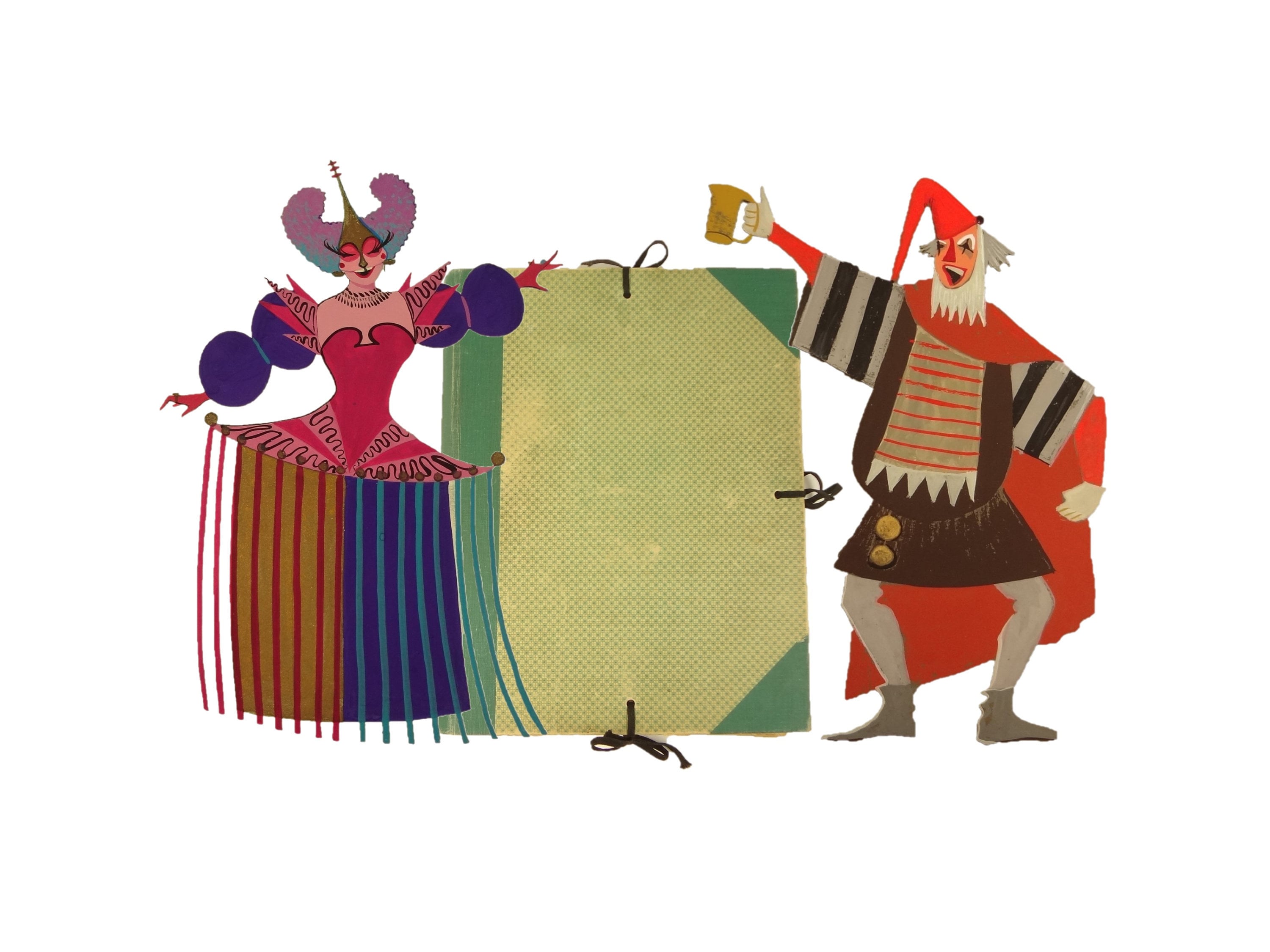 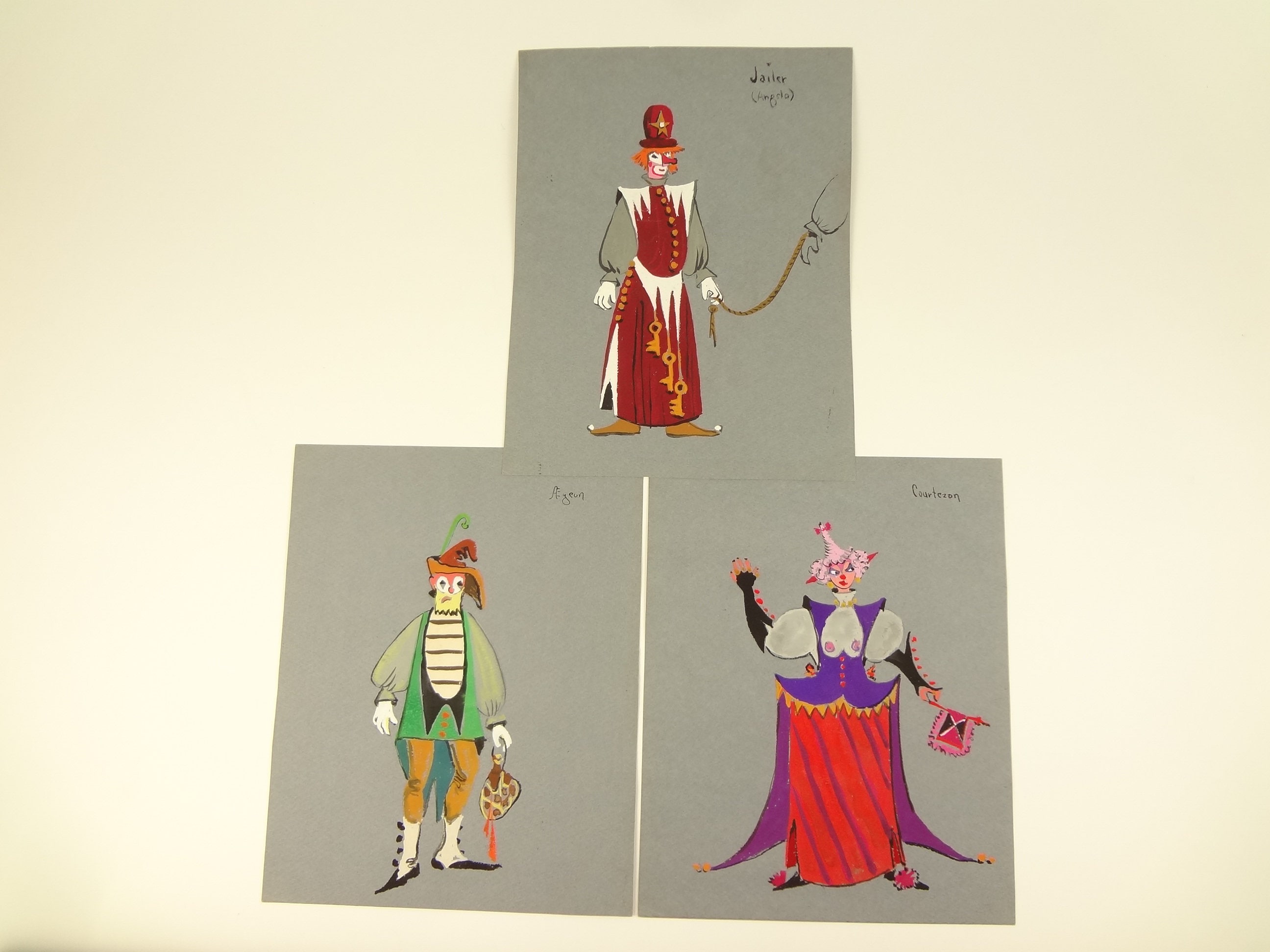 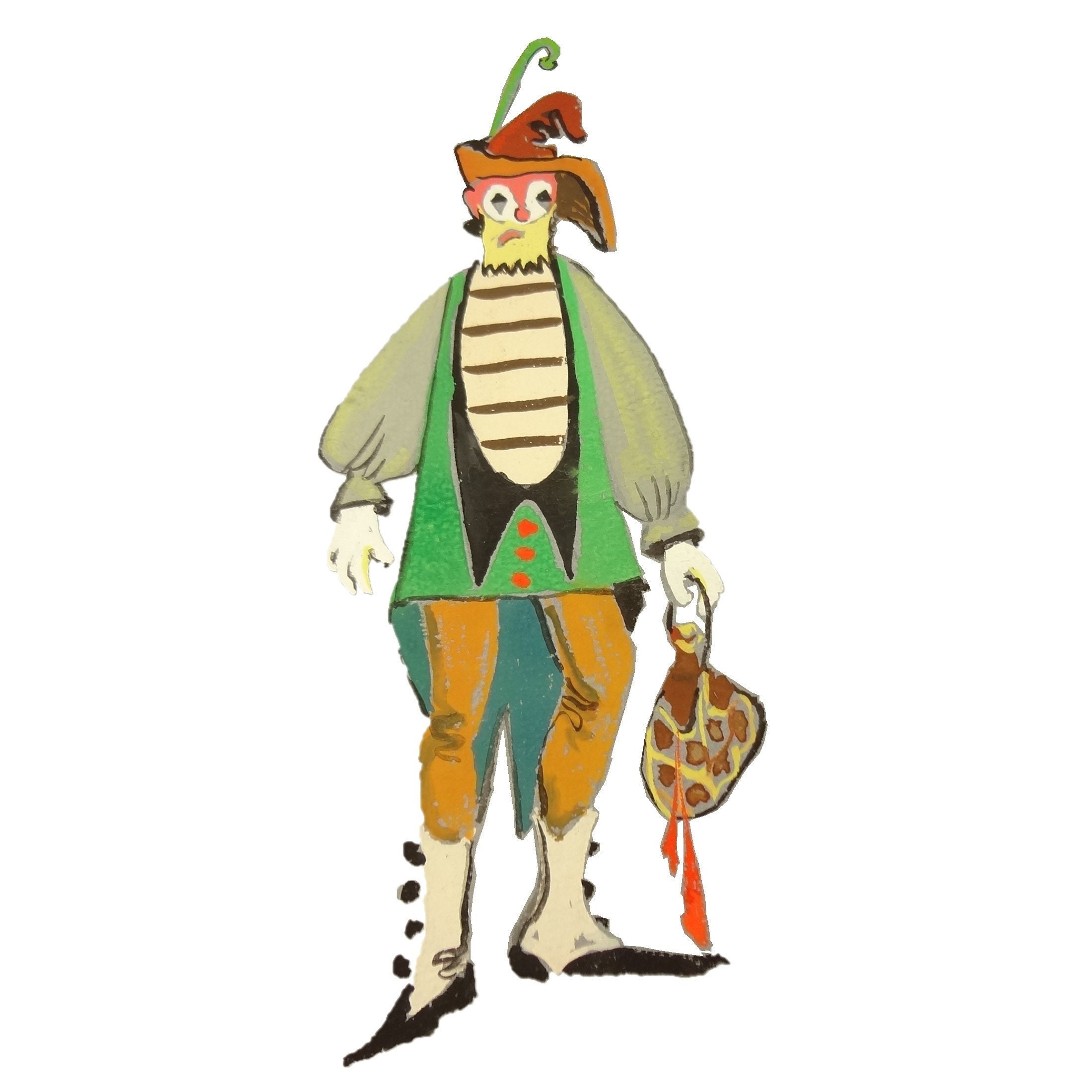 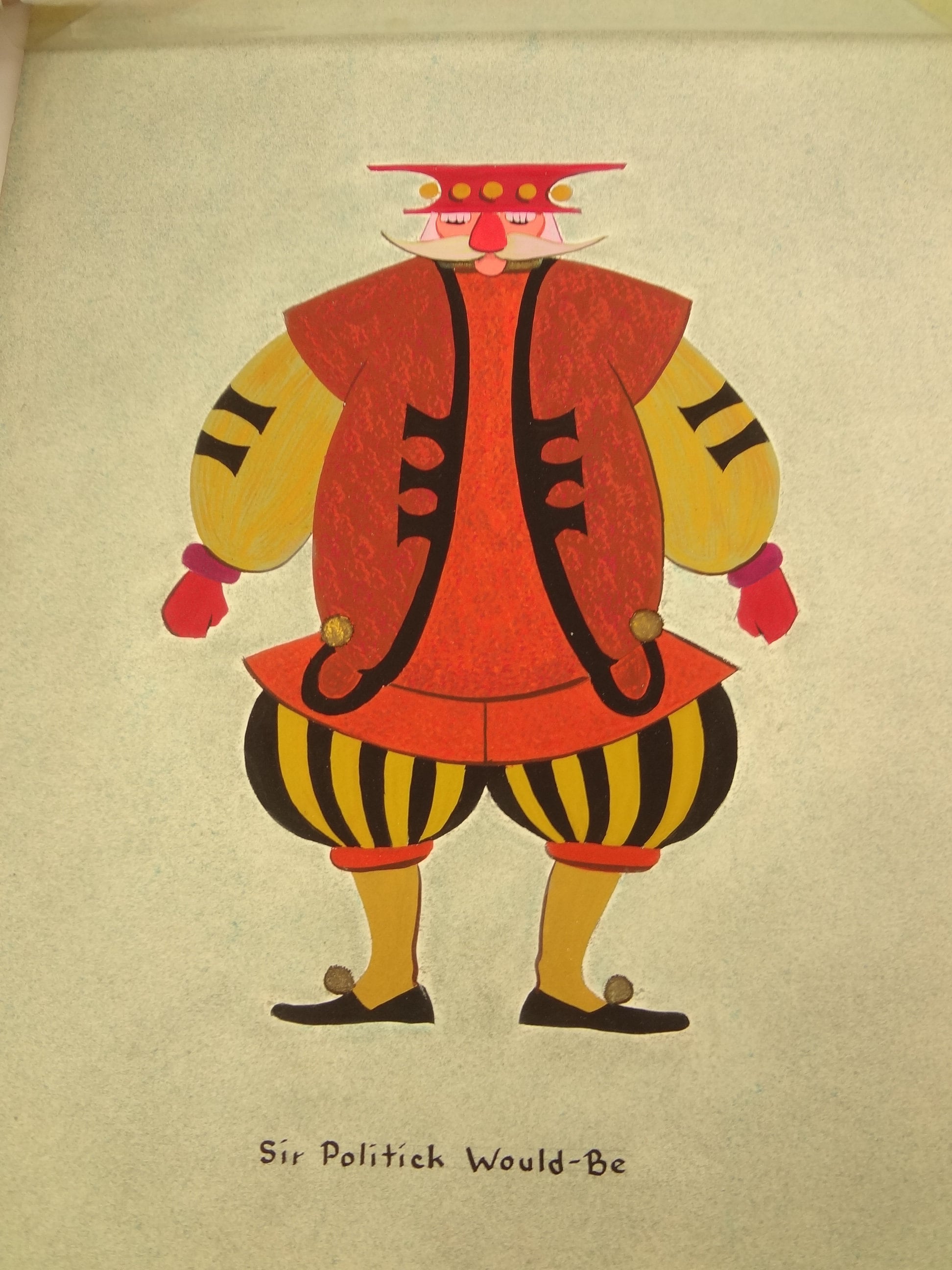 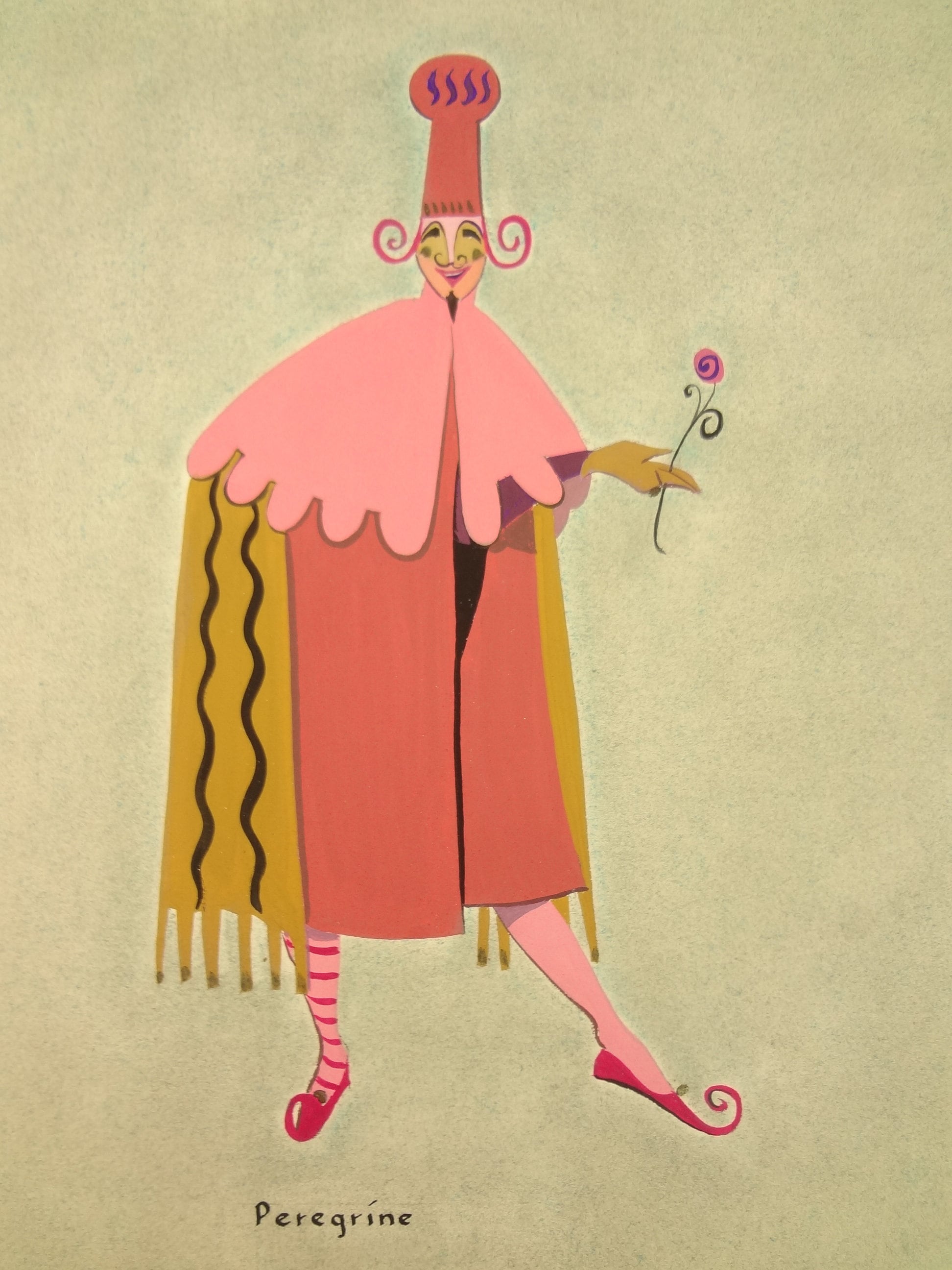 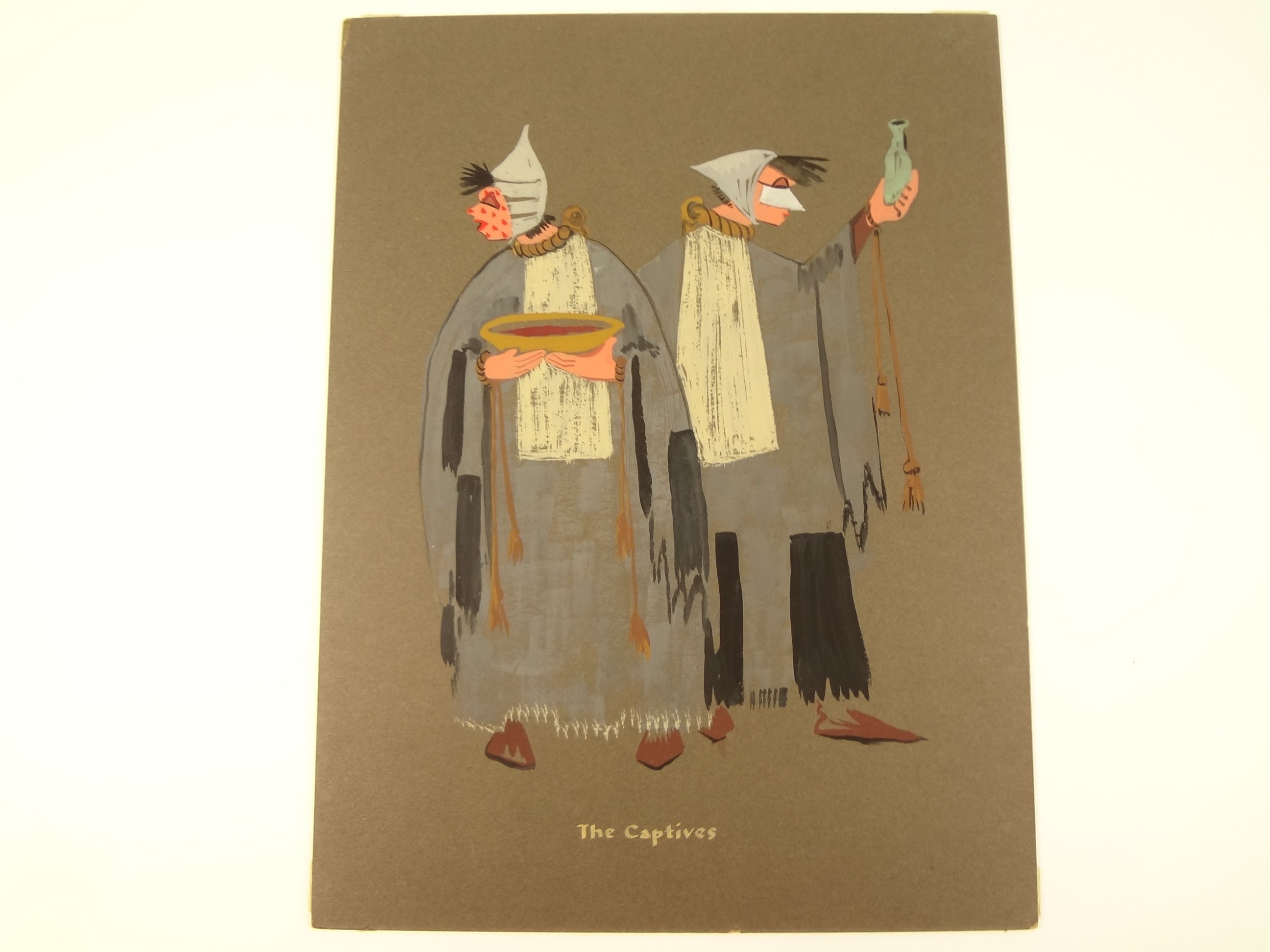 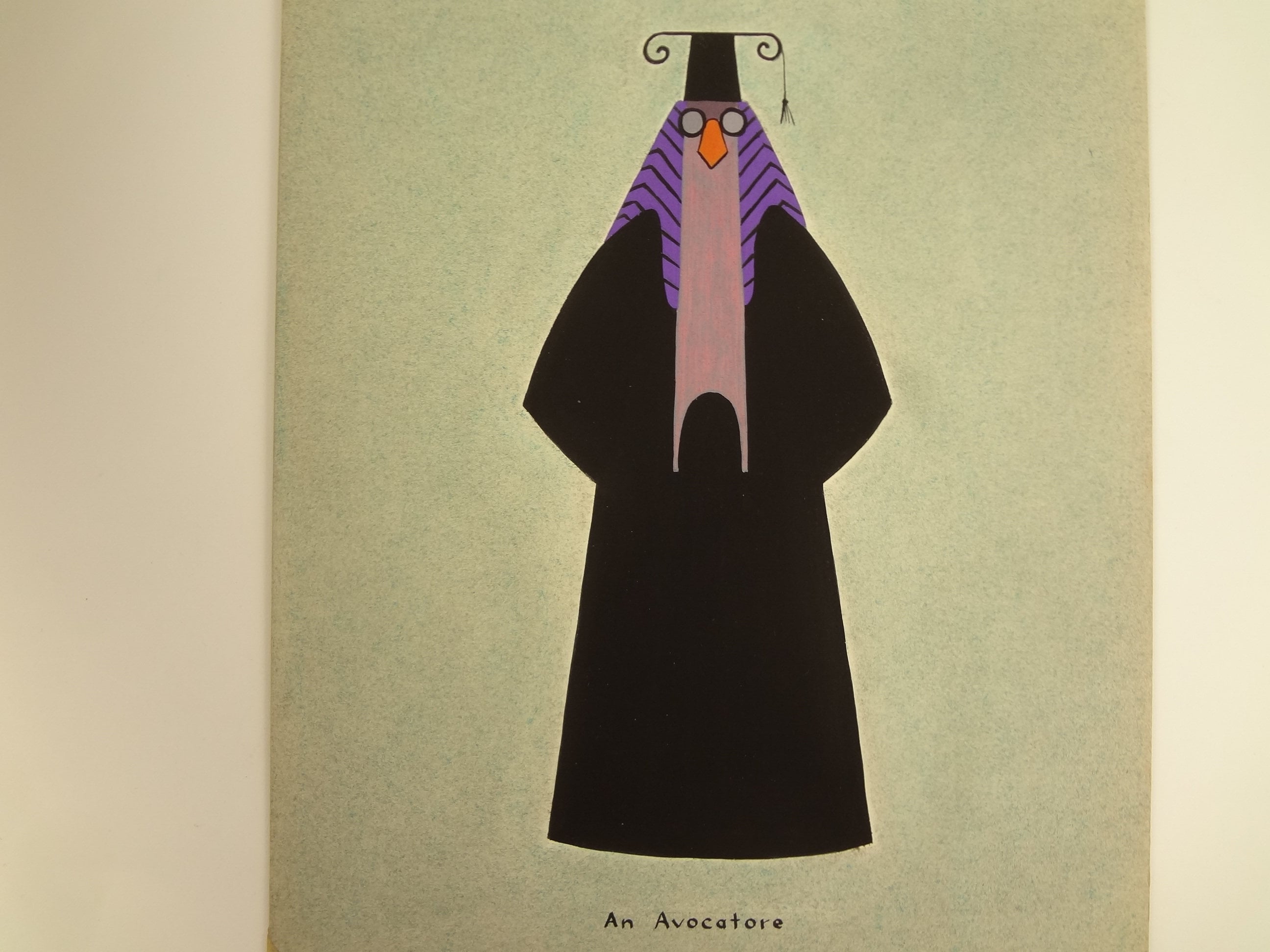 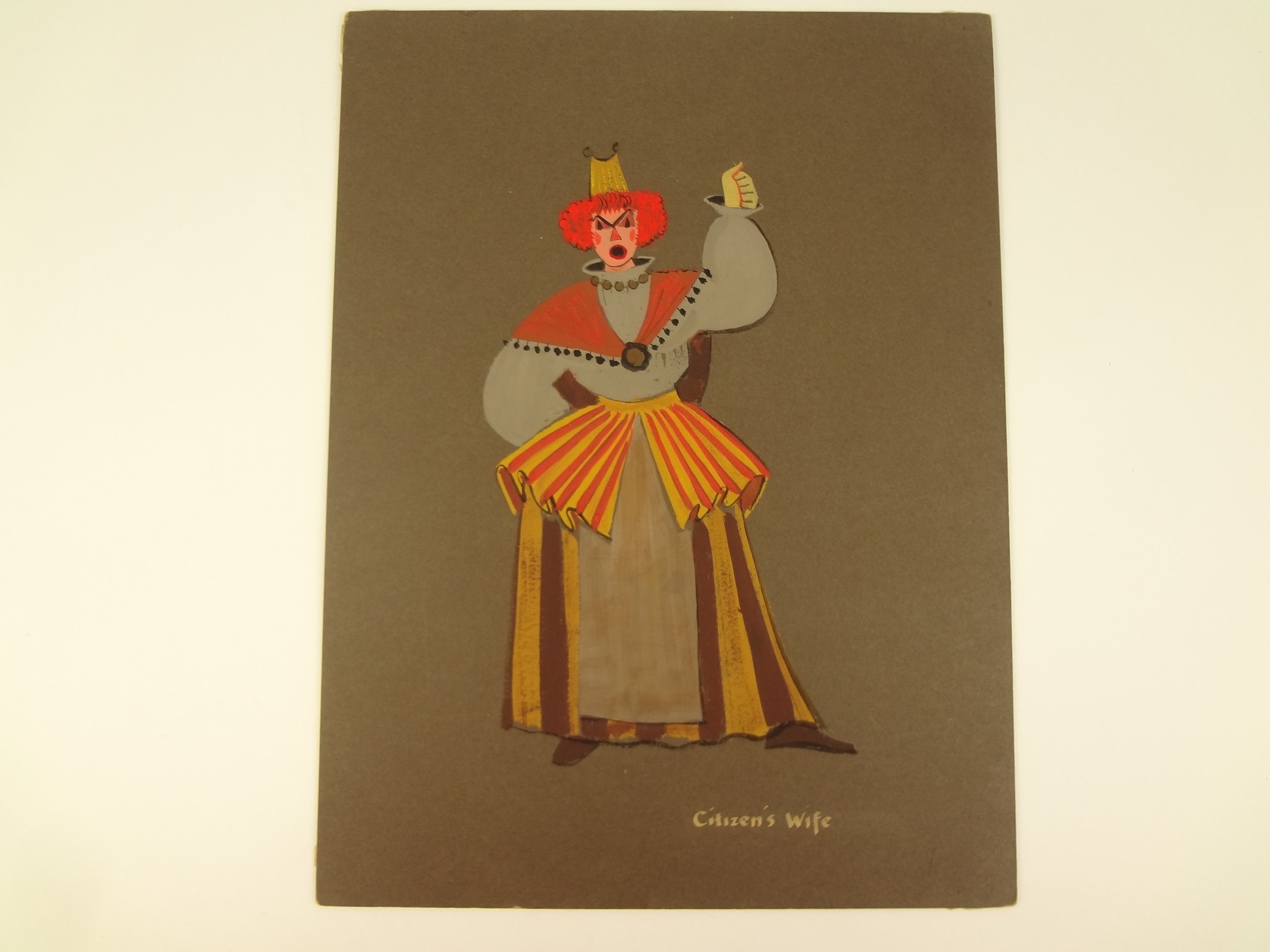 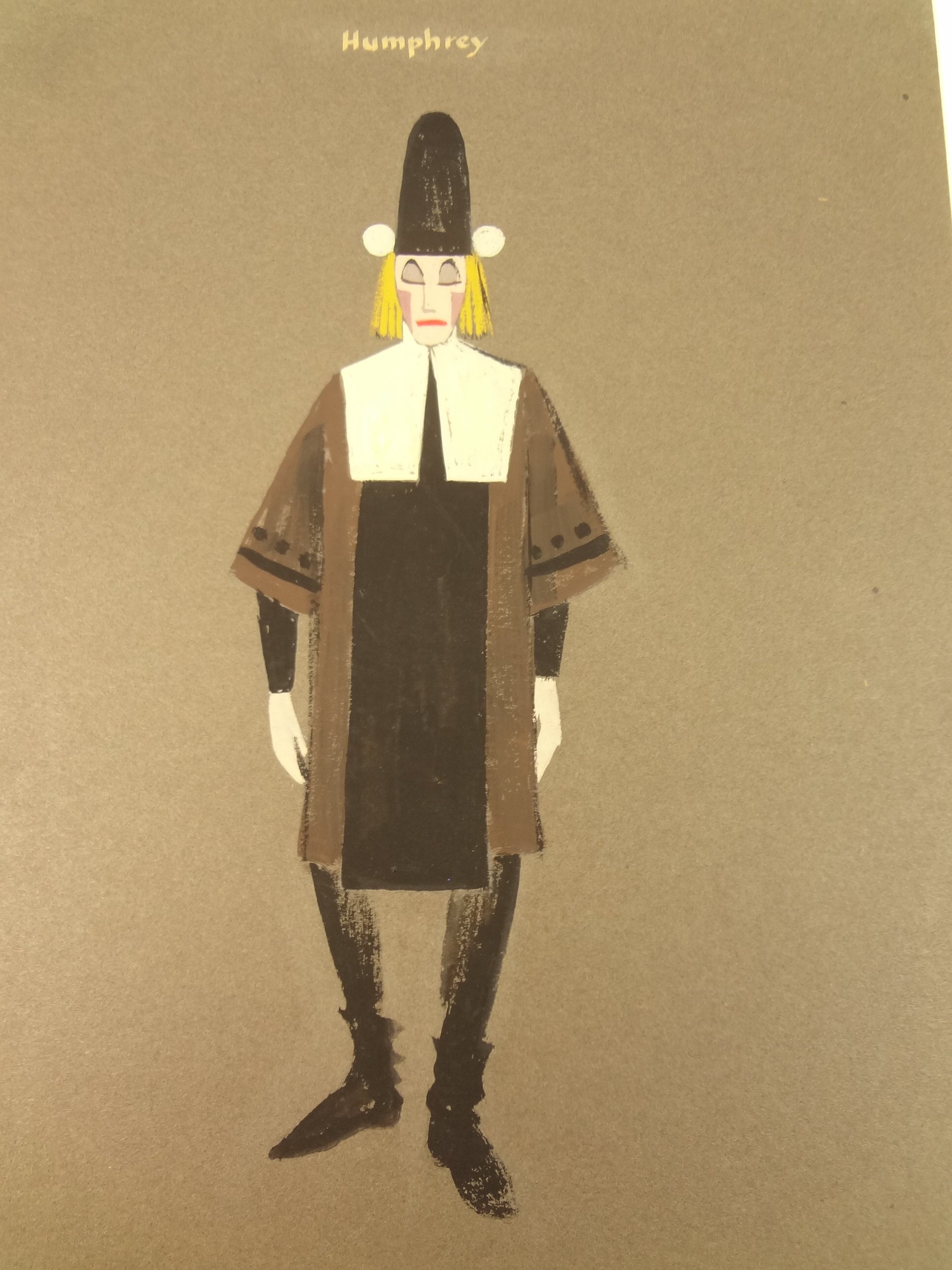 Seventeen plates of hand-painted costume design; bright, fun and colorful, these could be used to decorate a nursery or otherwise. Unfortunately, the items came to be entirely unknown, and I can only find one initial on all the plates, "KAR" on the back of Merrythought.

All appear to be painted. In many cases, where gold was represented, a foil or some other technique of illumination has been used. The fourteen are on heavier card stock, the Volpone's say "Bainbridge Board Number ...); the Beaumont's are on similar. The three Shakespeare are on a heavy paper.

The characters are so fun and cartooned that I digitally extracted several of them using photoshop to better highlight them against a white background (see pictures). This process is no way affected the plates, it's simply editing of the photos I took of the plates.

I am so impressed by these characters that if you found they were made by a well-known designer, I would not be surprised. My best guess, I found that between 1962 and 1965 all three of these plays were produced at the Oregon Shakespearean Festival; I can't find any pictures to substantiate this theory, but I am in Oregon.

The plates are kept in a book binding like (wrap?); see main picture.

See pictures. All show signs of wear and use. Protective binding is worn. Many of the mounts have come off. There is often remnants of tape at the corners. There is an occasional rub mark or corner bump. Although there is a little wear, the paint is bright and the costumes are lively.