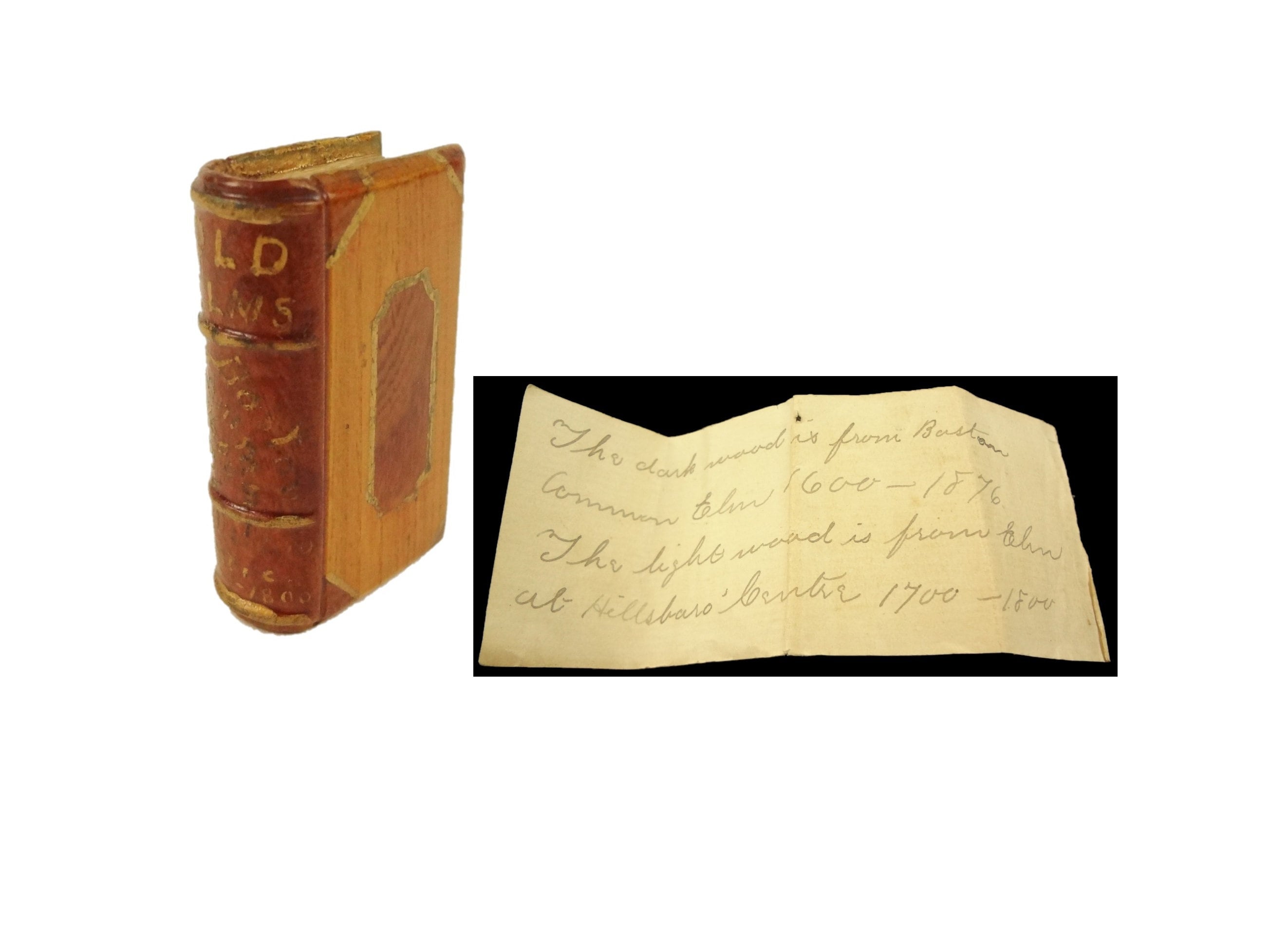 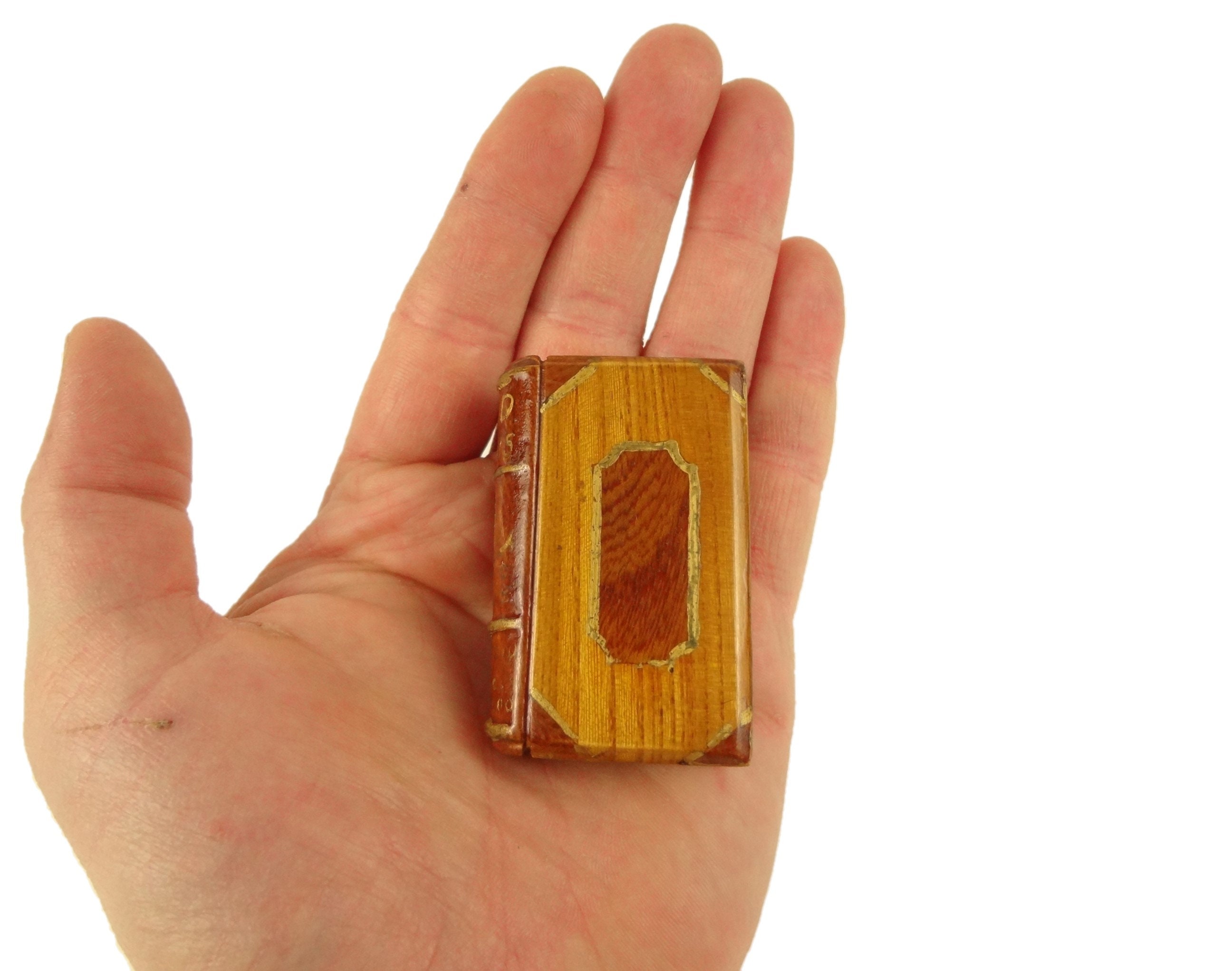 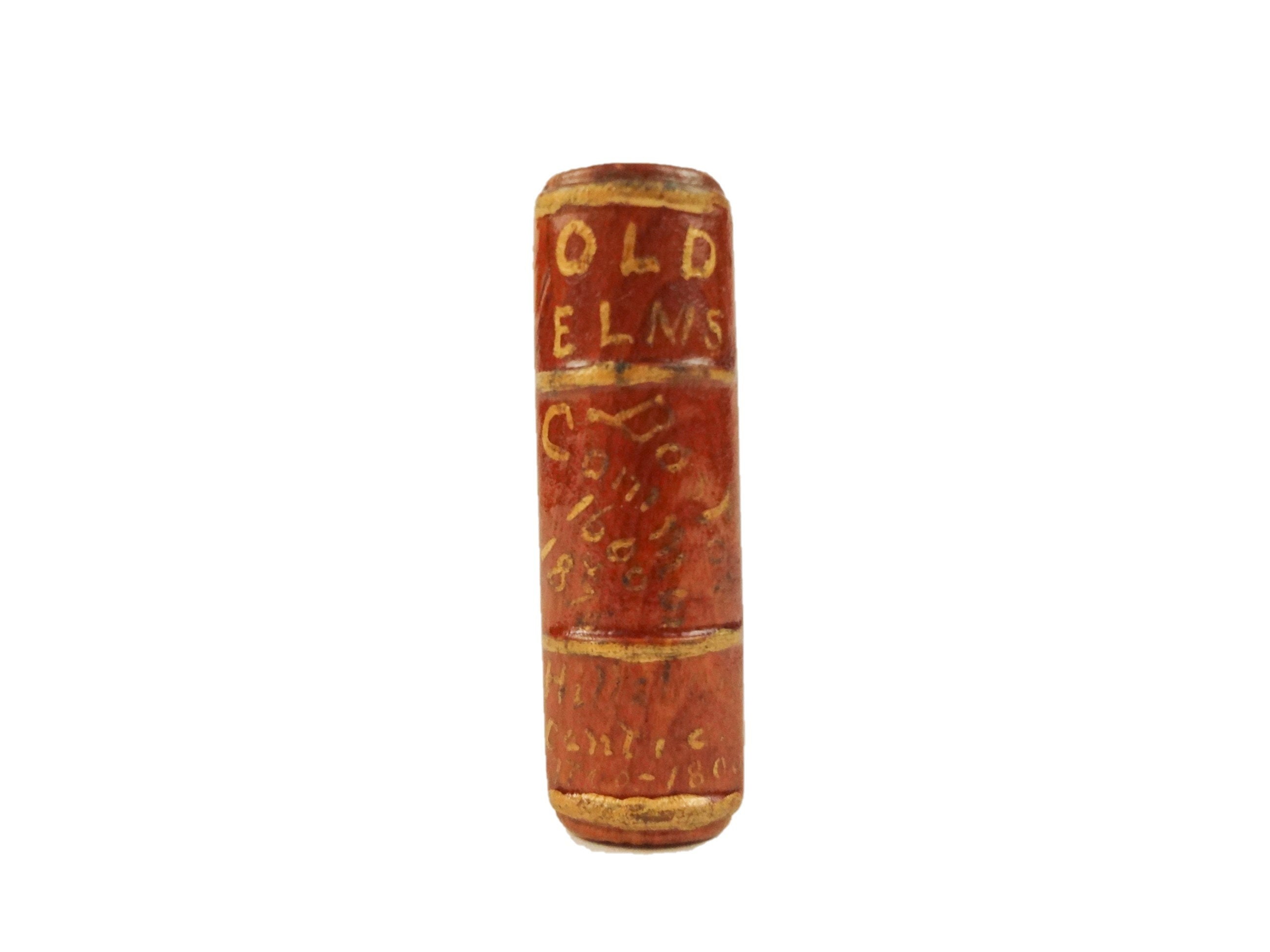 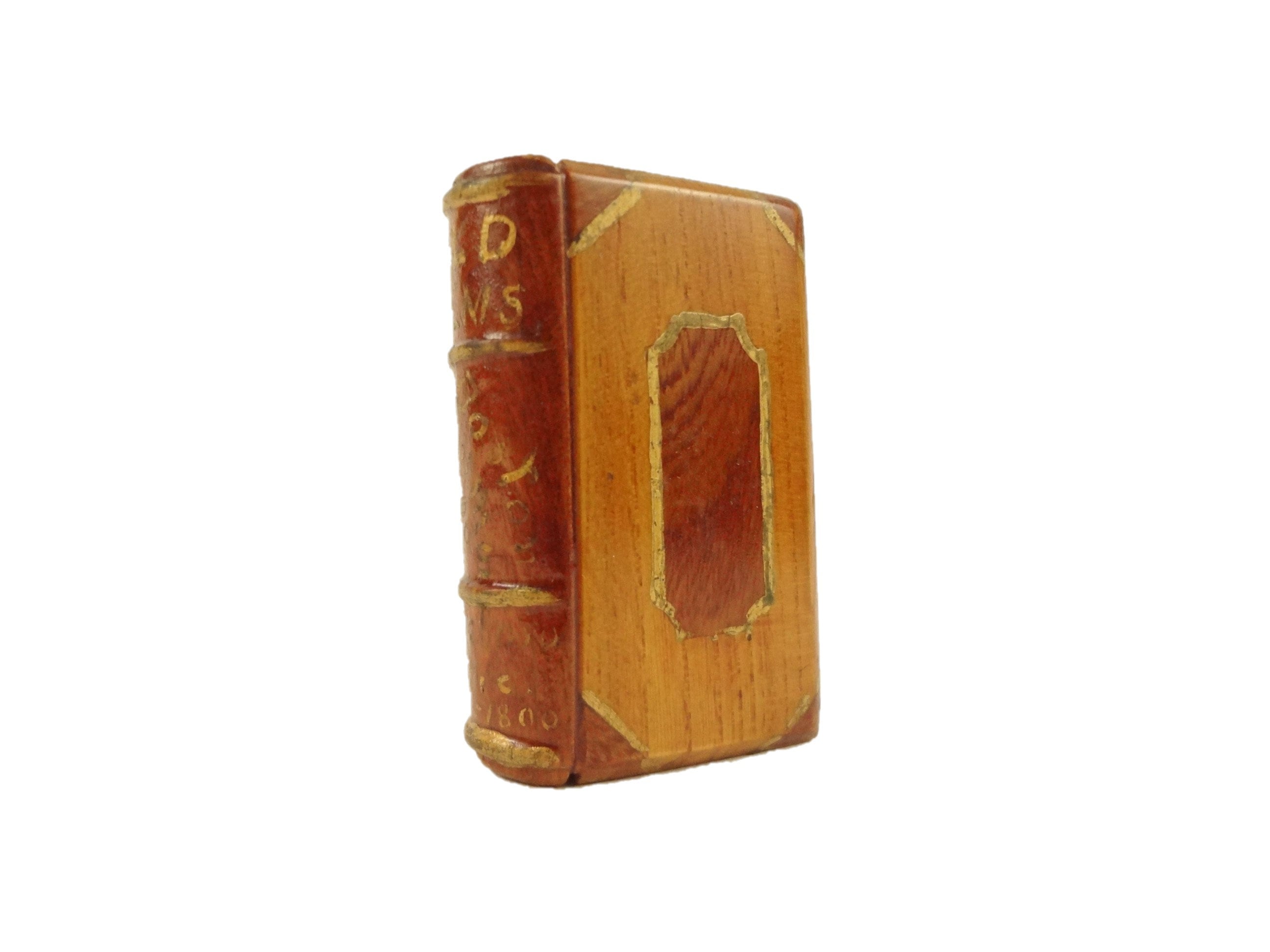 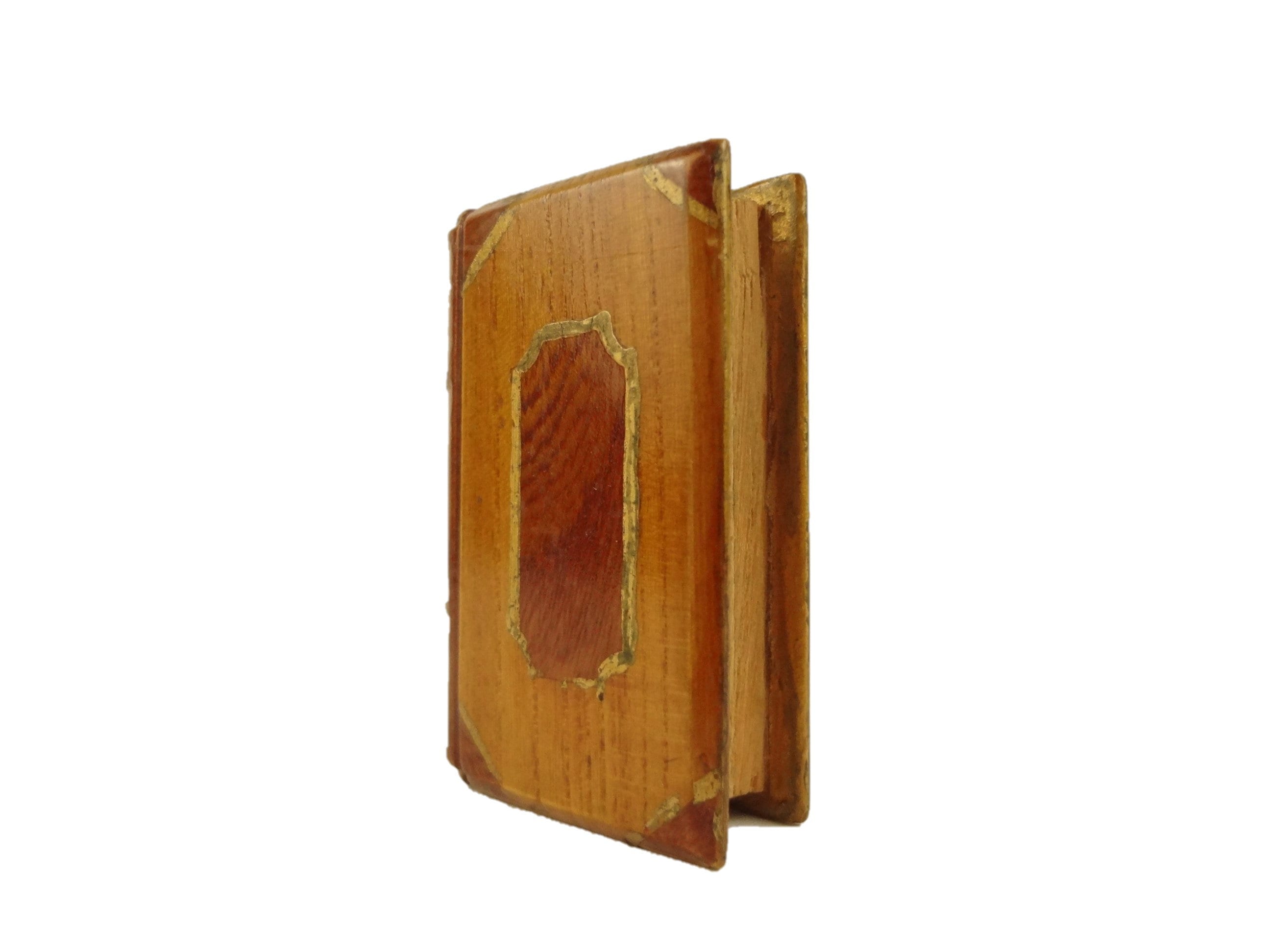 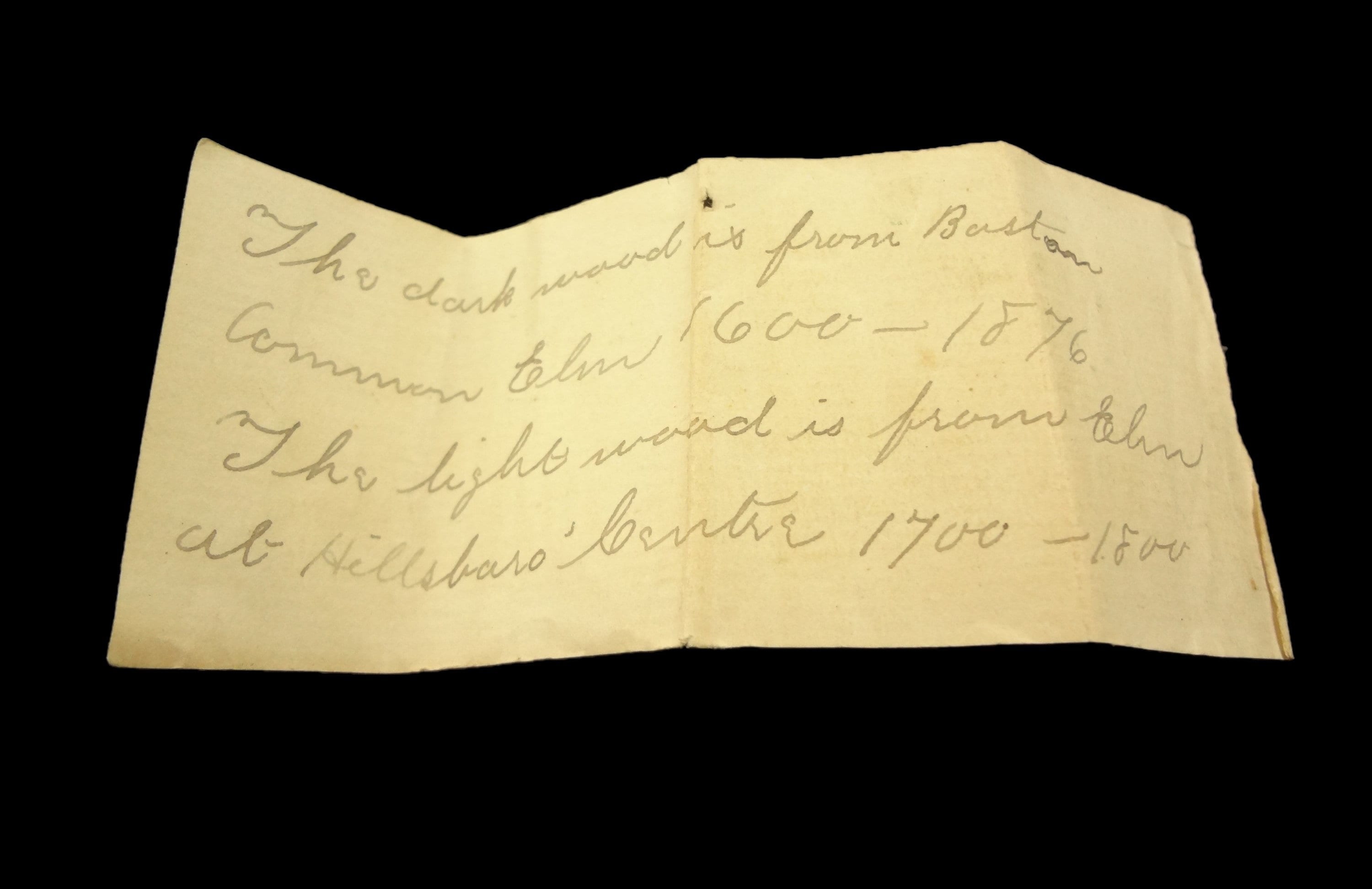 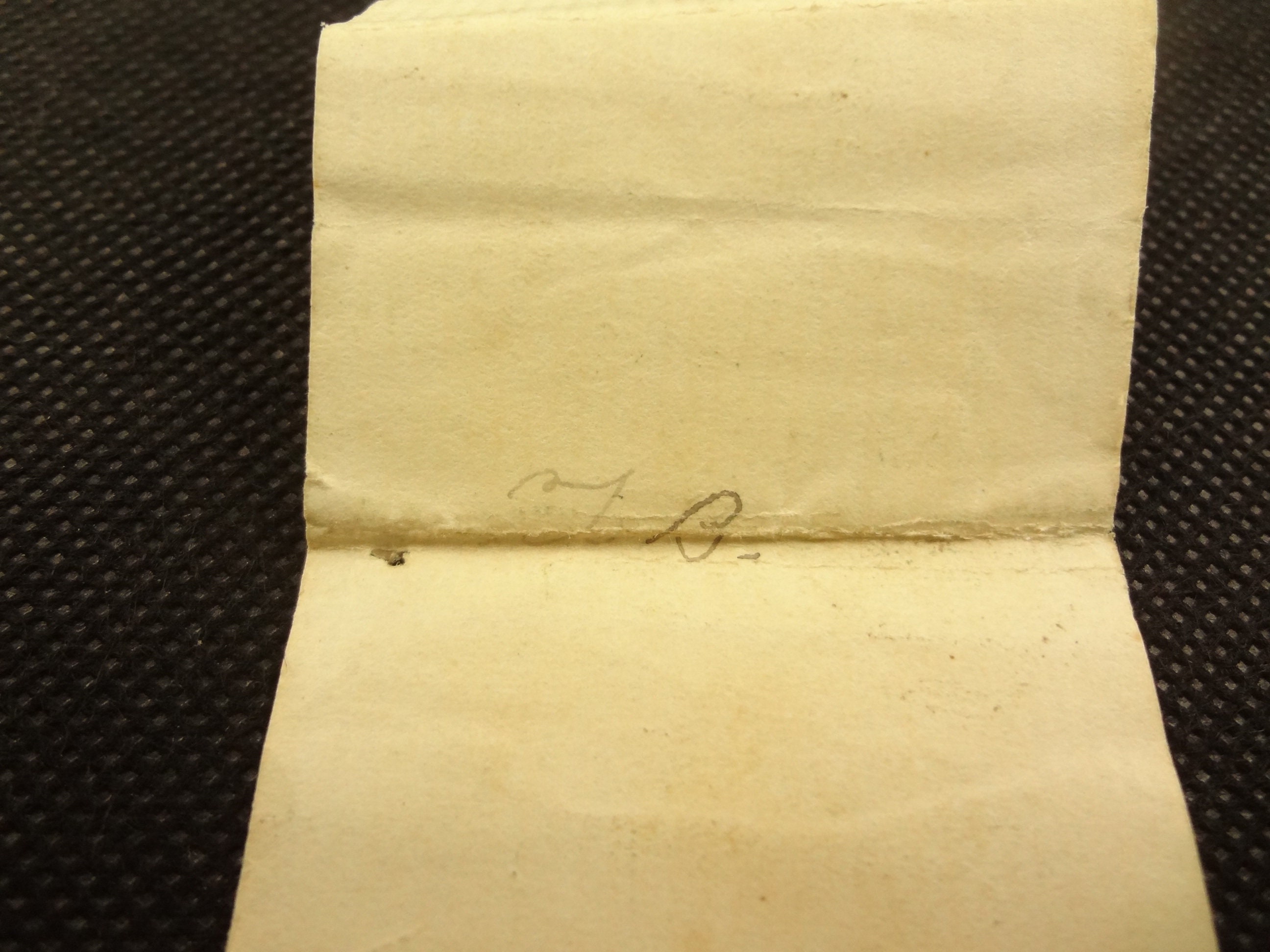 Boston Common Elm carved book, circa 1876. The Great Elm was sister to the Liberty Tree. Americana

An American treasure! A carved miniature book from two Elms, one of which was the venerable Boston Common Elm, or Great Elm, sister to the Liberty Tree, and historically significant in its own right.

The Great Elm is present on the earliest Boston maps, along with several others which (likely) included the Liberty Tree. Tradition holds that it was the hanging tree for many condemned to death in the 17th century.

When the tree fell, in 1876, its wood was harvested for projects such as this one. As an example, a chair in the Boston Library is noted as being made from the Boston Elm. The Massachusetts Historical Society notes that they have Great Elm earrings in their collection.

Wikipedia notes, "Some of the elm's wood was used and preserved in books considered 'rare' today."

When the Great Elm fell, it was a catalyst for Boston, and the region, to look after the Commons with greater care. It is also said that the falling of the tree inspired greater environmental awareness.

The lighter wood is noted as coming from the elm at Hillsboro Centre; the historical significance of this tree eludes me but I must note that Hillsborough North Carolina was Hillsboro until the 1960s, and there are many historical American events, as well as Elms, associated with Hillsborough.

The book does not open, it is a model of a miniature book.

The paper note seems contemporary based on the qualities of it. It is a laid paper, with the chain lines visible, and a portion of a watermark at it's edge; also, the handwriting is recognizable as an "old hand", with flourishes that are recognizable as more common to the 19th century.

See pictures. Some edge wear and wear to lettering. Note is folded, toned, and has a hole at center top.