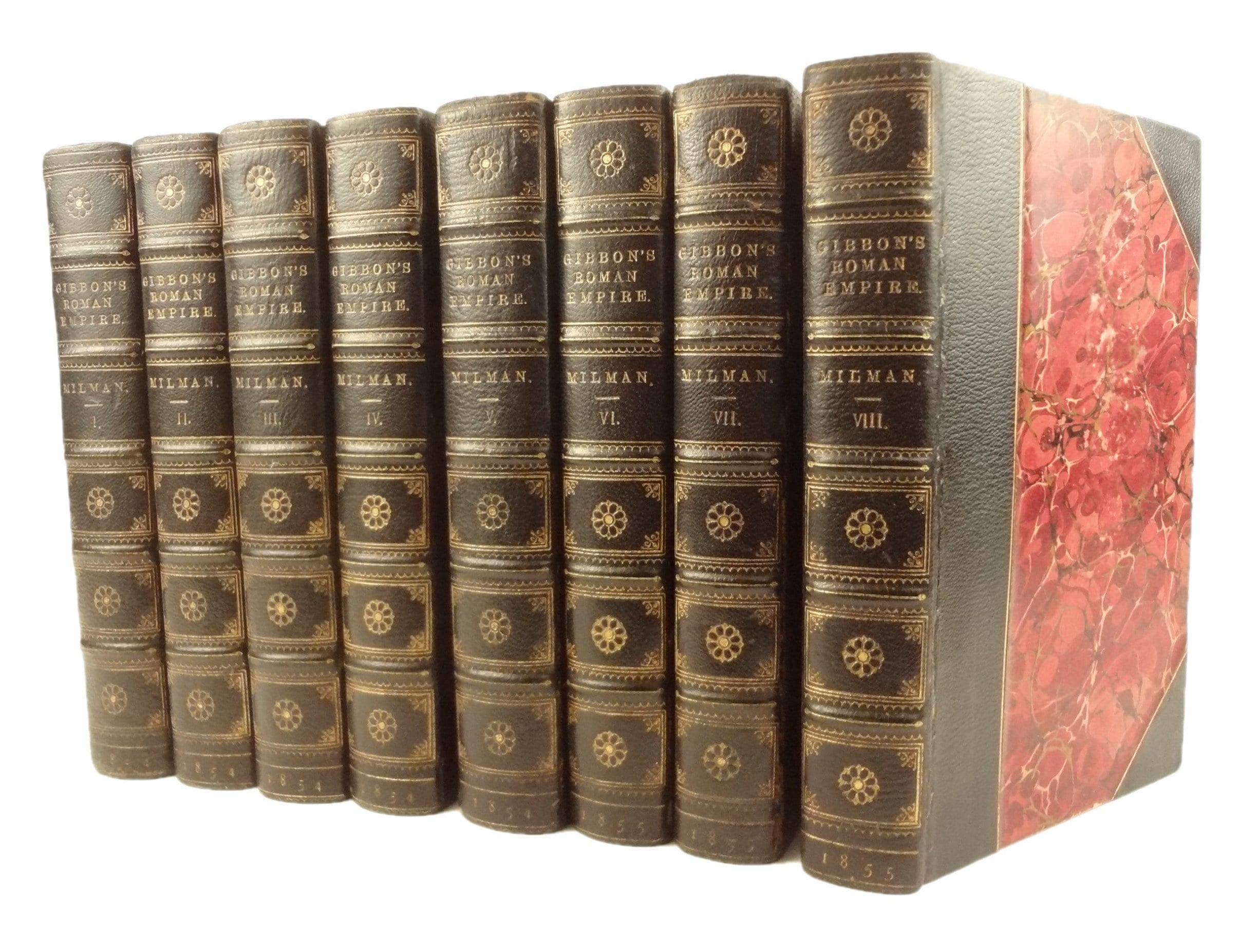 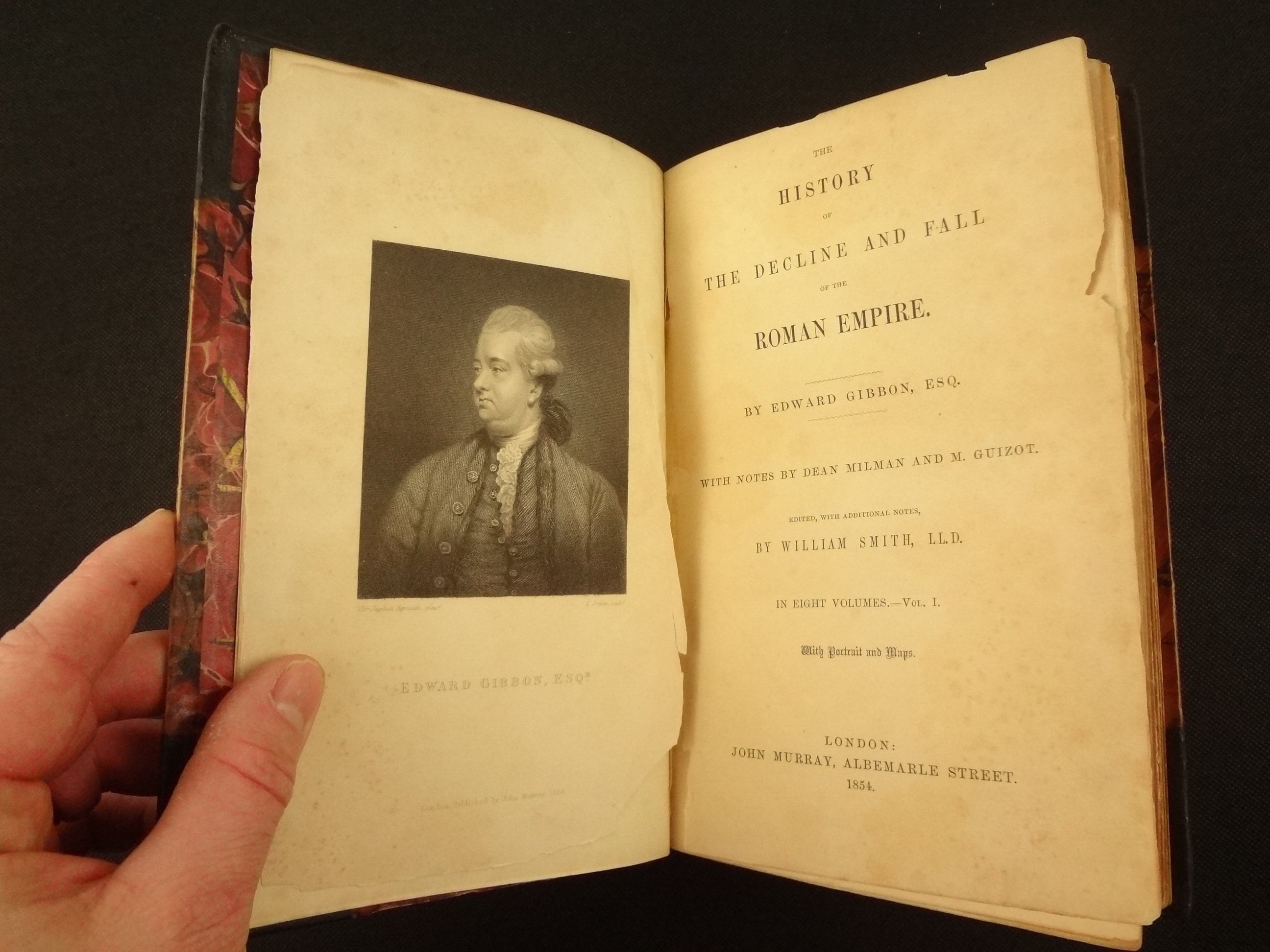 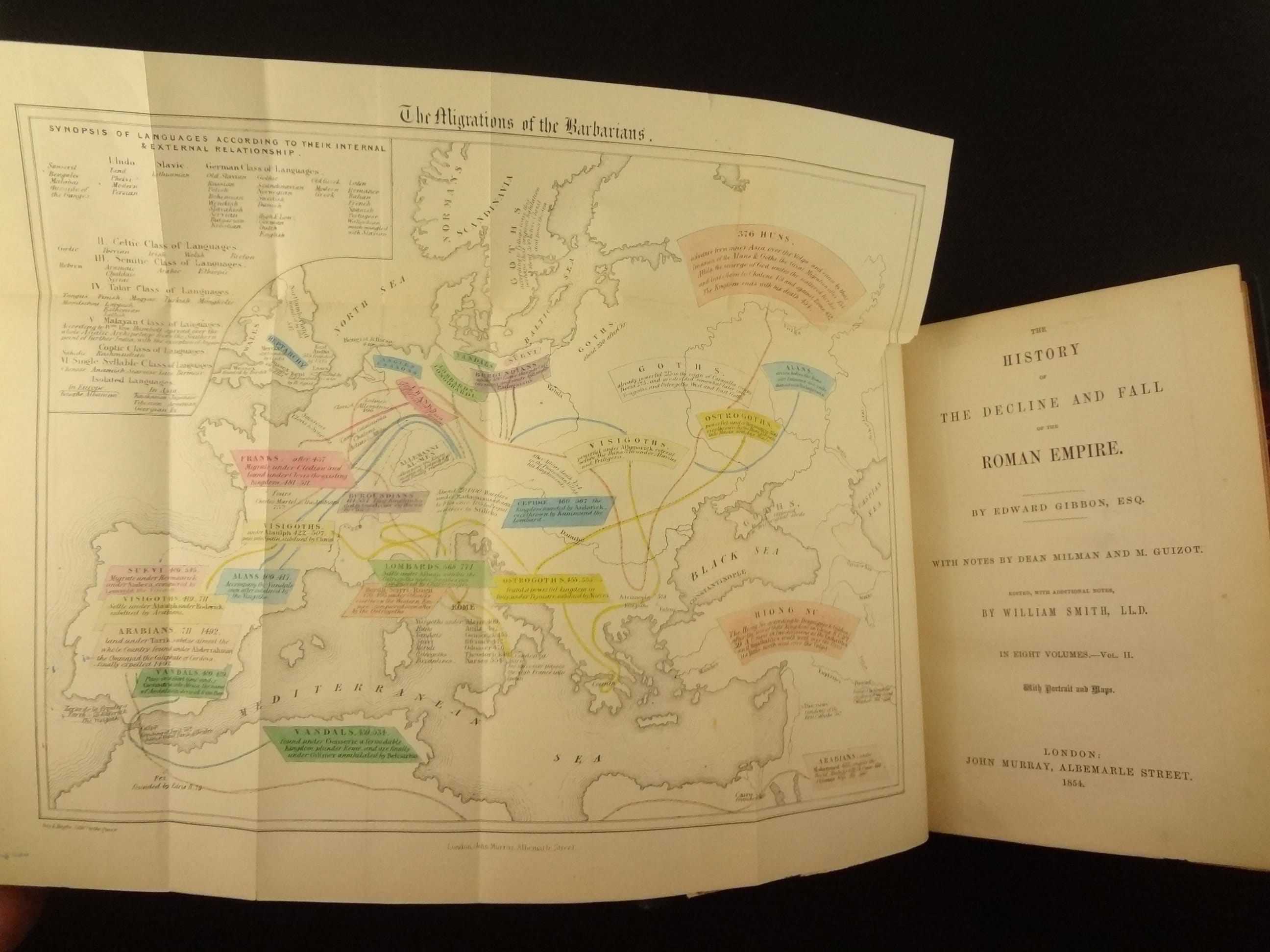 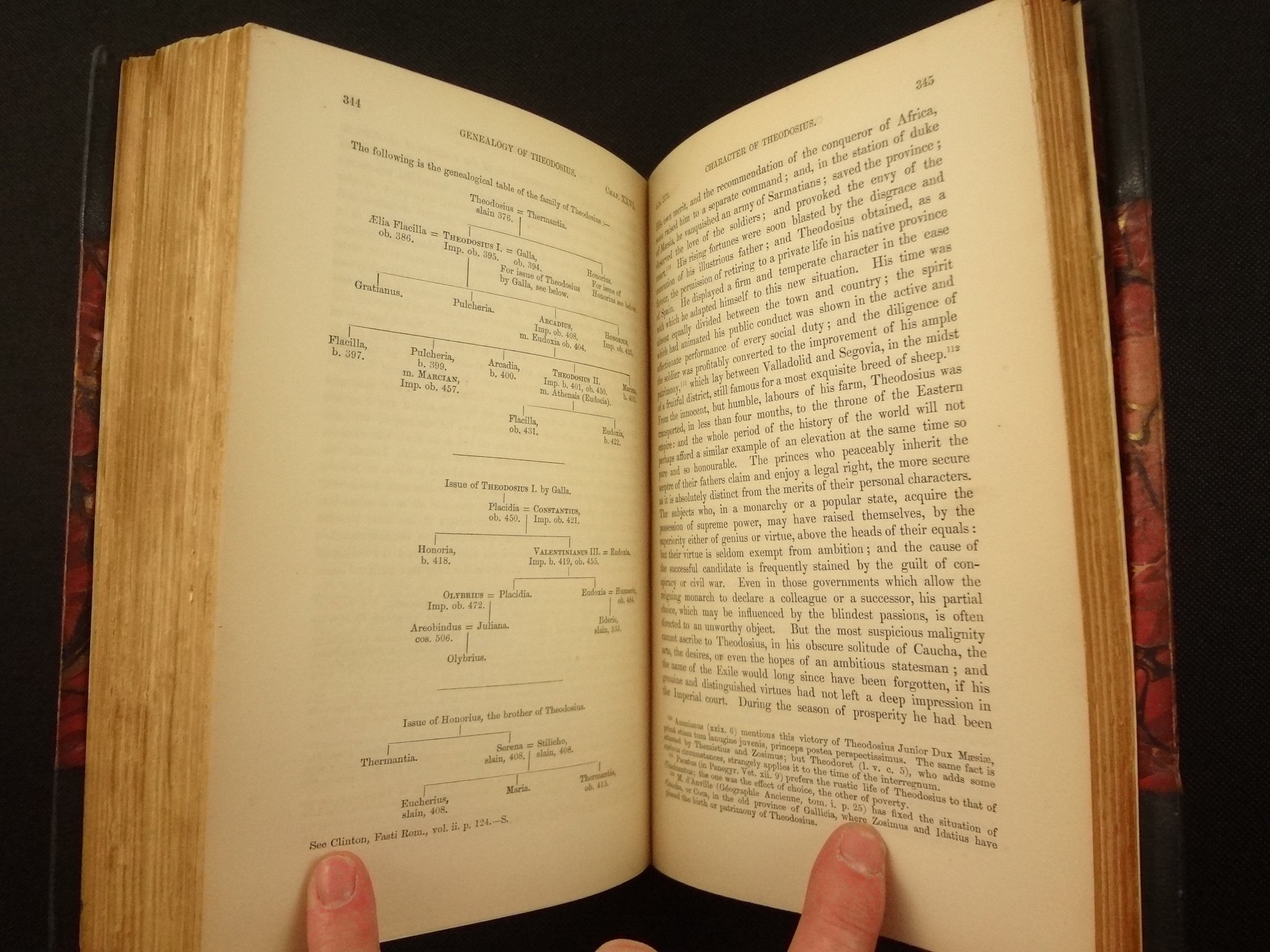 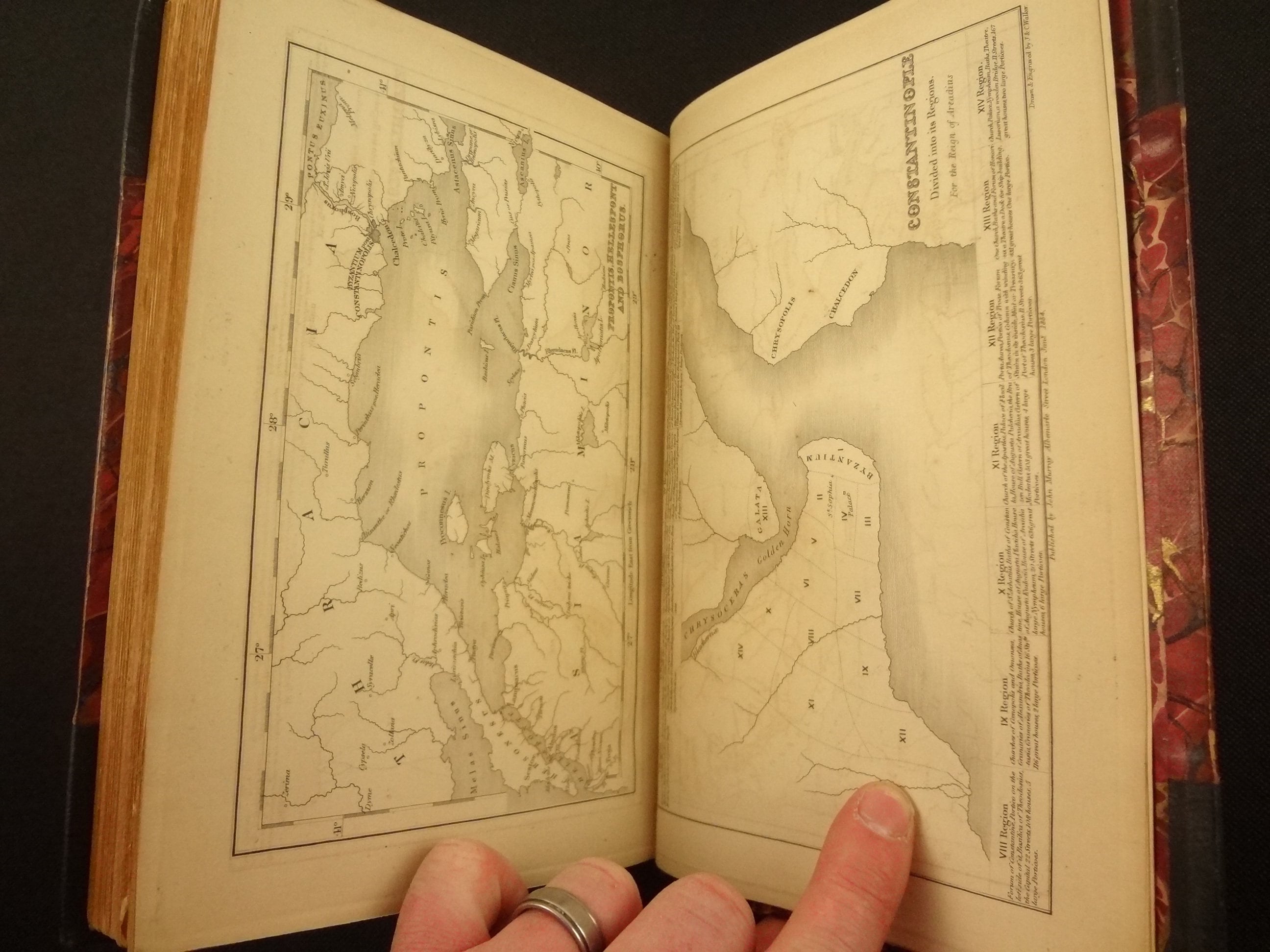 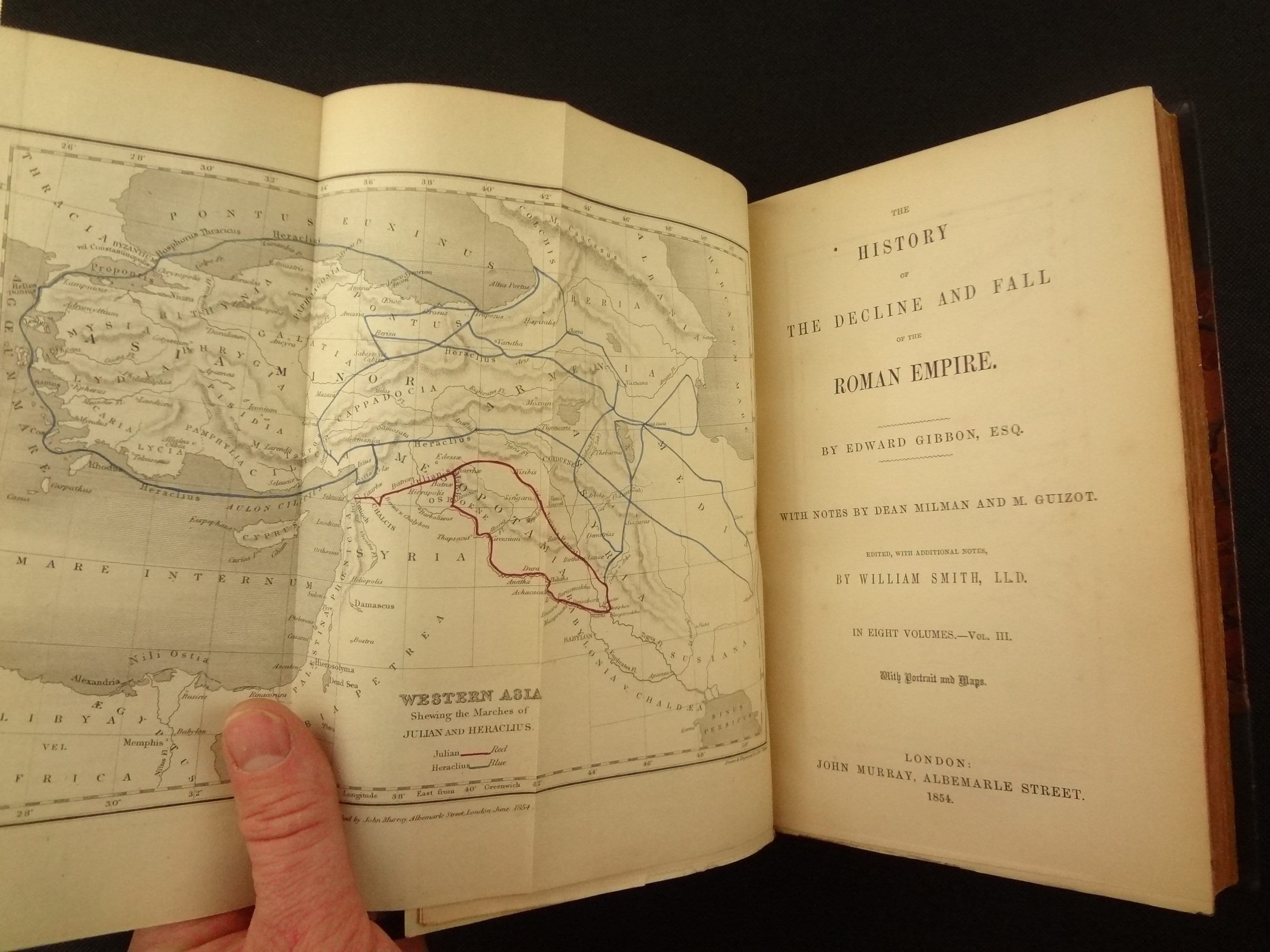 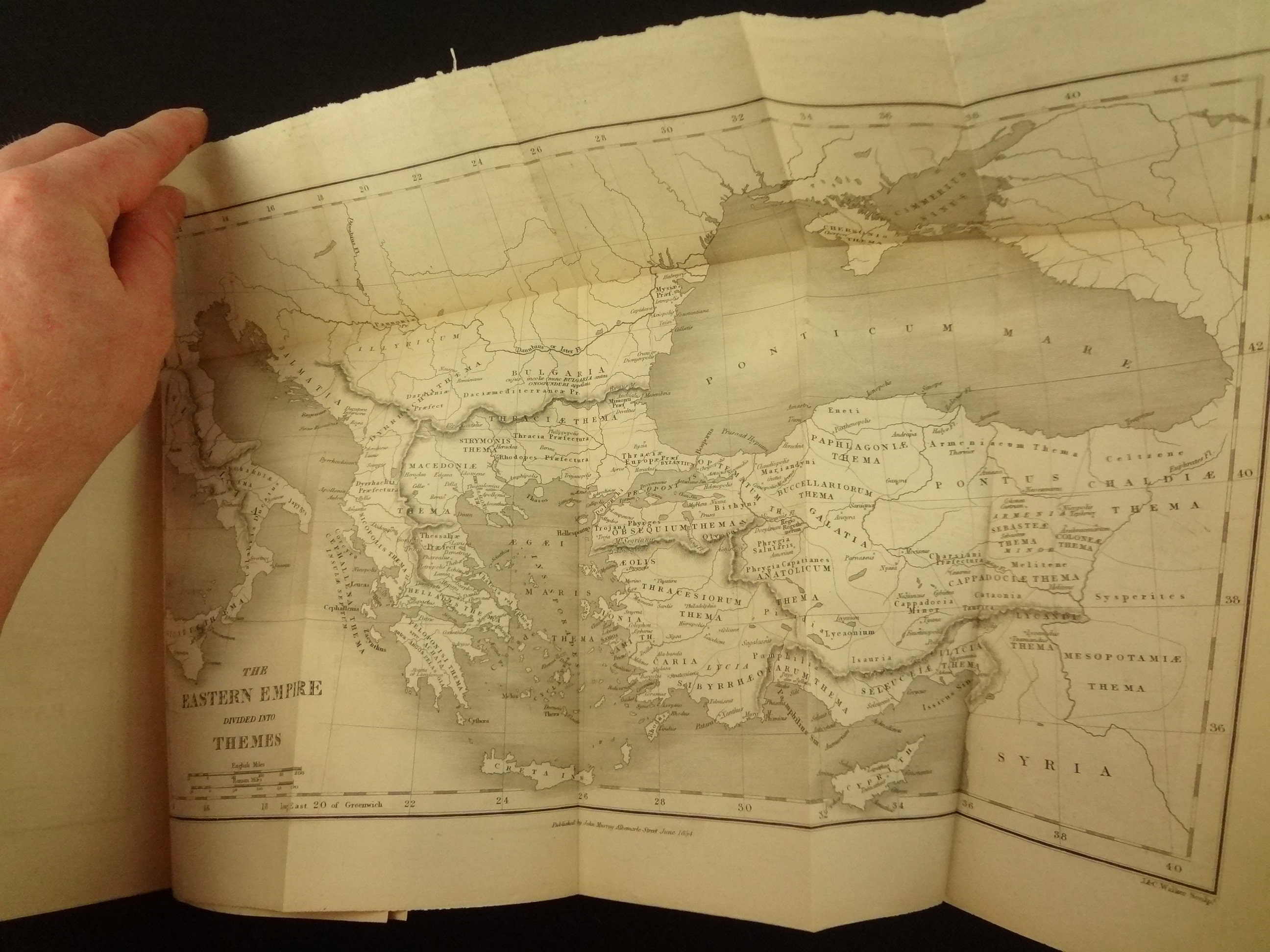 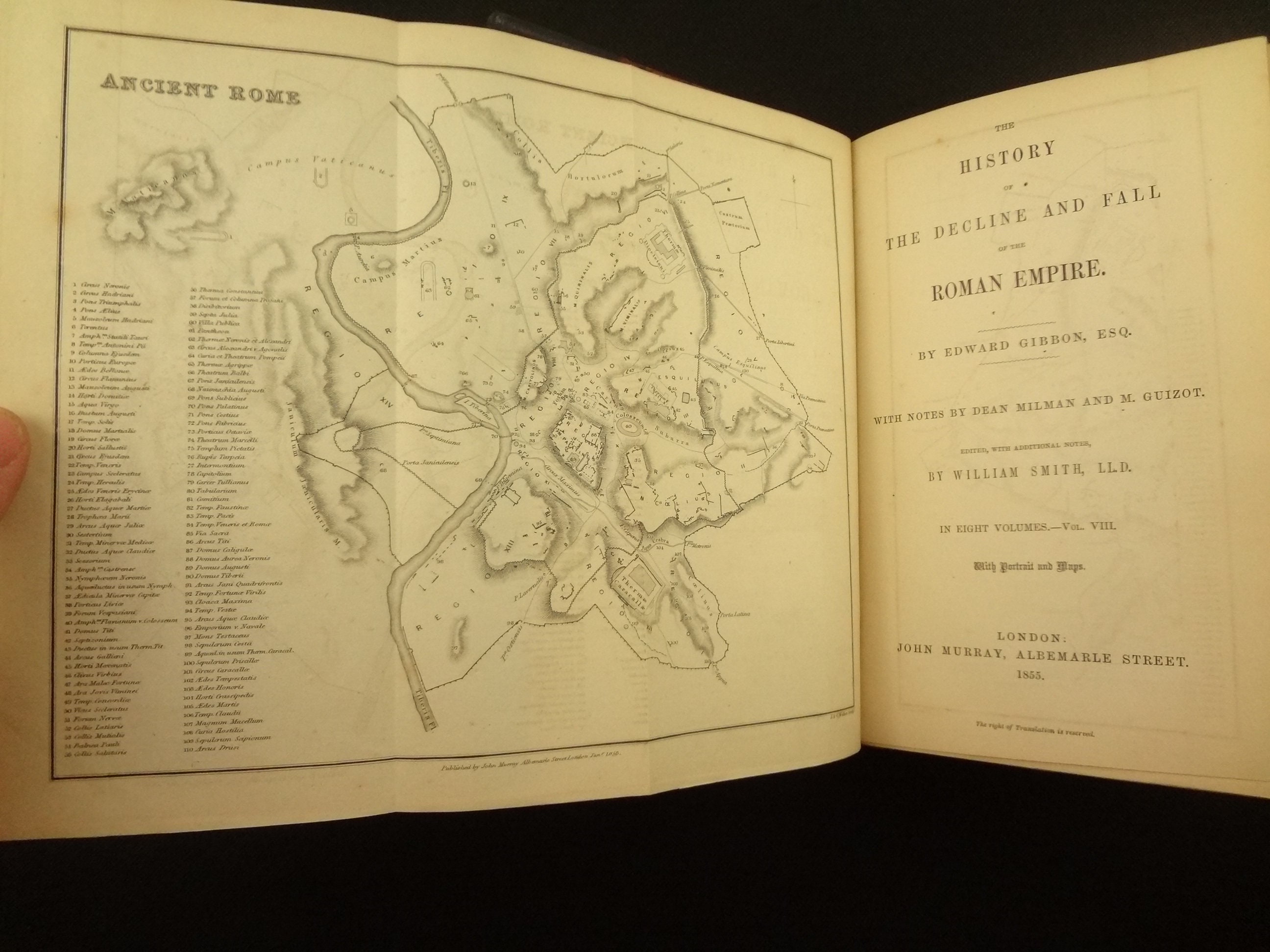 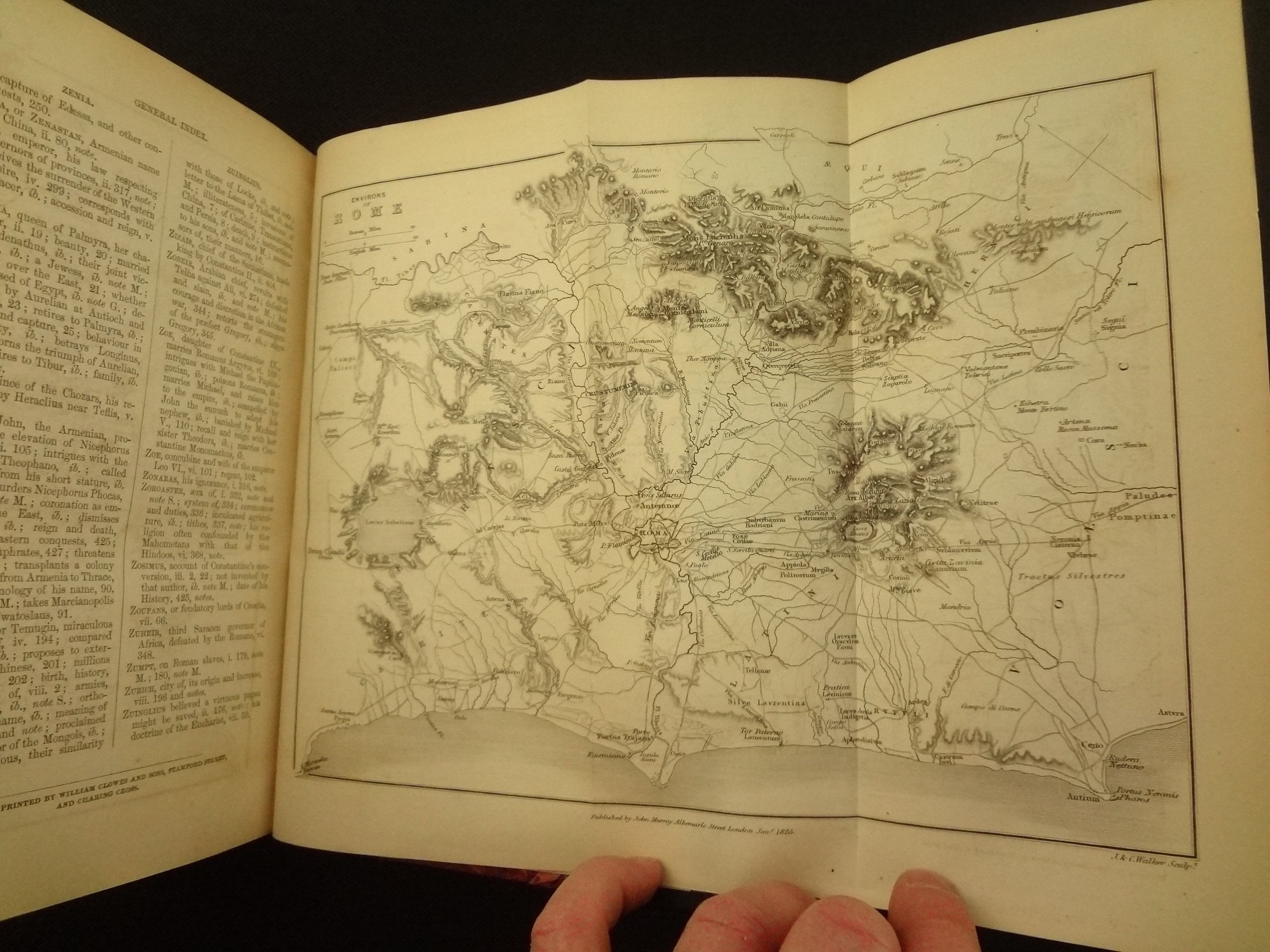 1854 History of the Decline and Fall of the Roman Empire by Edward Gibbon. Complete in 8 volumes, with fold-out maps.

This edition has many fold-out maps accompanying it. Also, the notes of Dean Milman an M. Guizot accompany Gibbon's work.

There is some discussion that Gibbon has fallen out of favor because he leads the reader to conclude that some of the reasons for the downfall of the Roman empire may mirror things we see in today's society.

Each measures approx. 22 x 14 x 3.5 cm. Leather spines, with five raised bands, and leather corners (approx. 1/2 leather), with marbled paper covering the boards. The spines have six compartments, each separated by ruling or frames; four have a central flower motif, and two have the title, and volume.The year is in gilt at the base of the spine. The leather is framed in a gilt rule wherever it approaches the marbling. Marbled endpaper. Top edge is gilt (TEG). Complete in eight volumes. Frontispiece of Gibbon (see condition note below). Fold-out maps.

See pictures. Pleasing vintage patina with some wear to the edges, a few rubs, etc. A handsome set with good joints! Endpapers have some bookseller notes and ex libris marks. Volume one frontis portrait of Gibbon is loose and chipped around the edge; the facing title page has damage at the gutter from the removal of the portrait. Title page of v1, and next page toned, with foxing, but then it's gone. Page 369 has a spot in the bottom margin. Maps have some tears at edges, gutters and fold lines. The rest of the books are clean, with an occasional fox spot and thumb but mostly great. Blank bookbinder endpapers are foxed in all. The maps have some wear throughout. No annotations. This is a handsome set that will add well to your shelf and library.