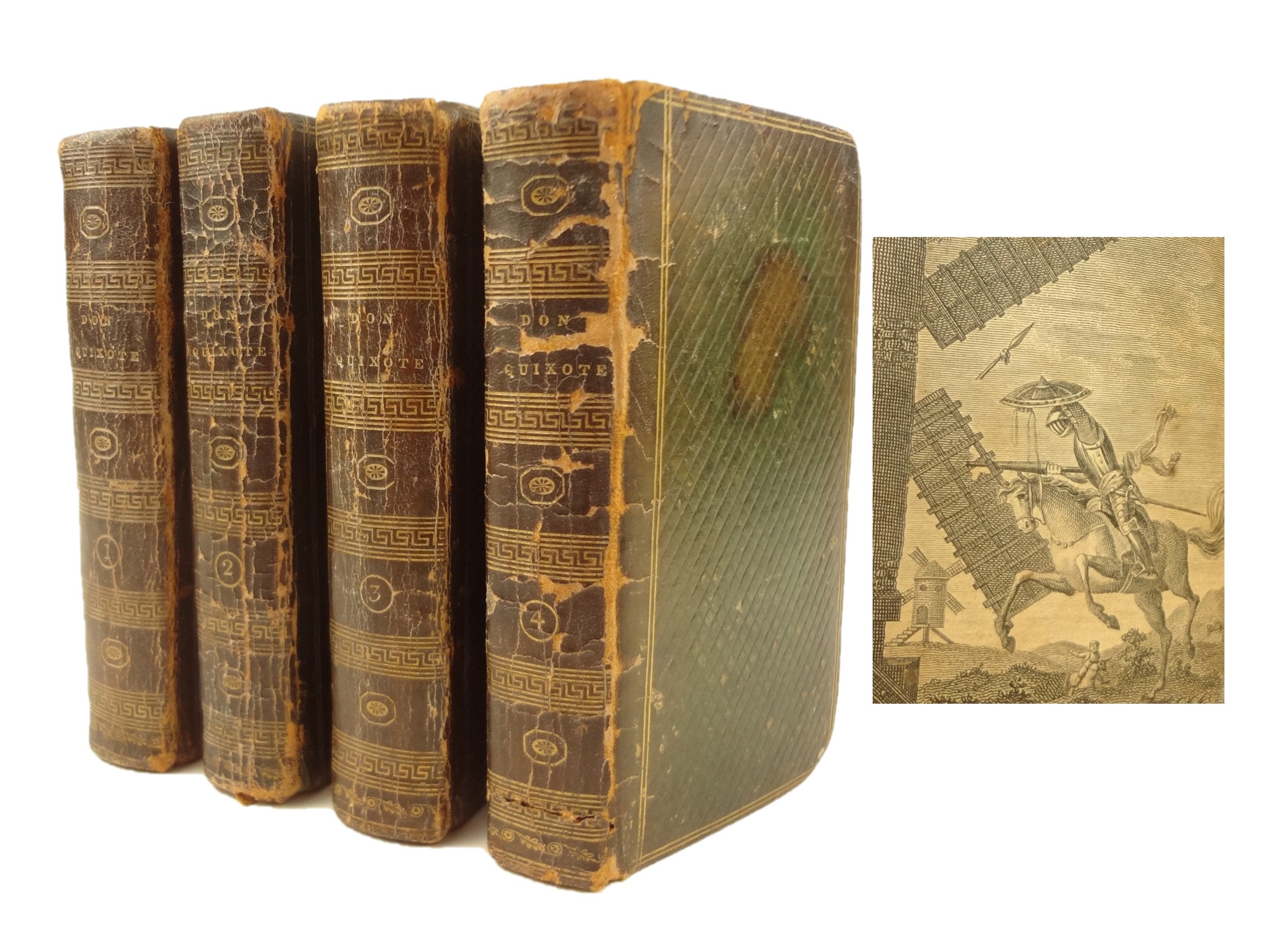 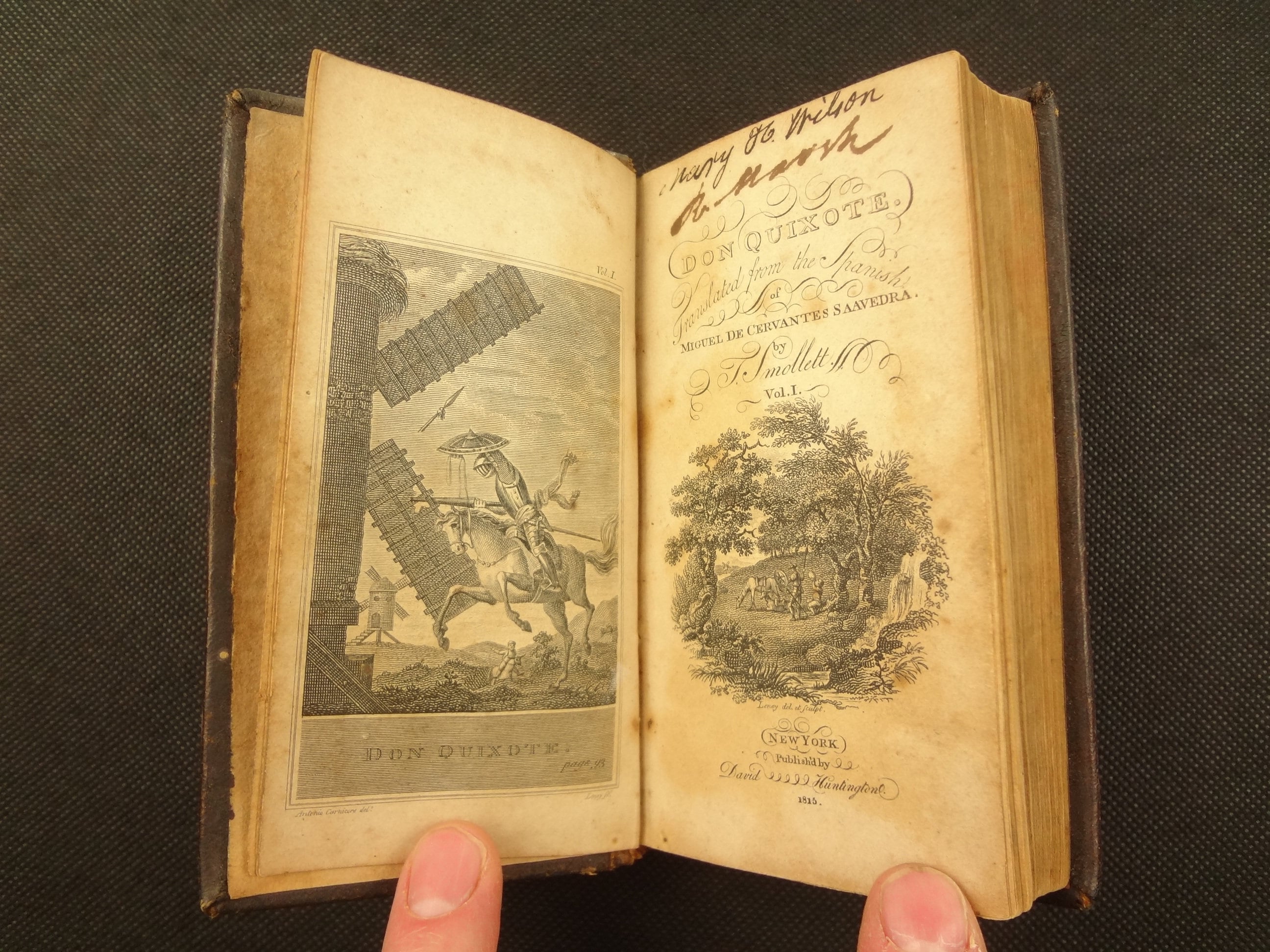 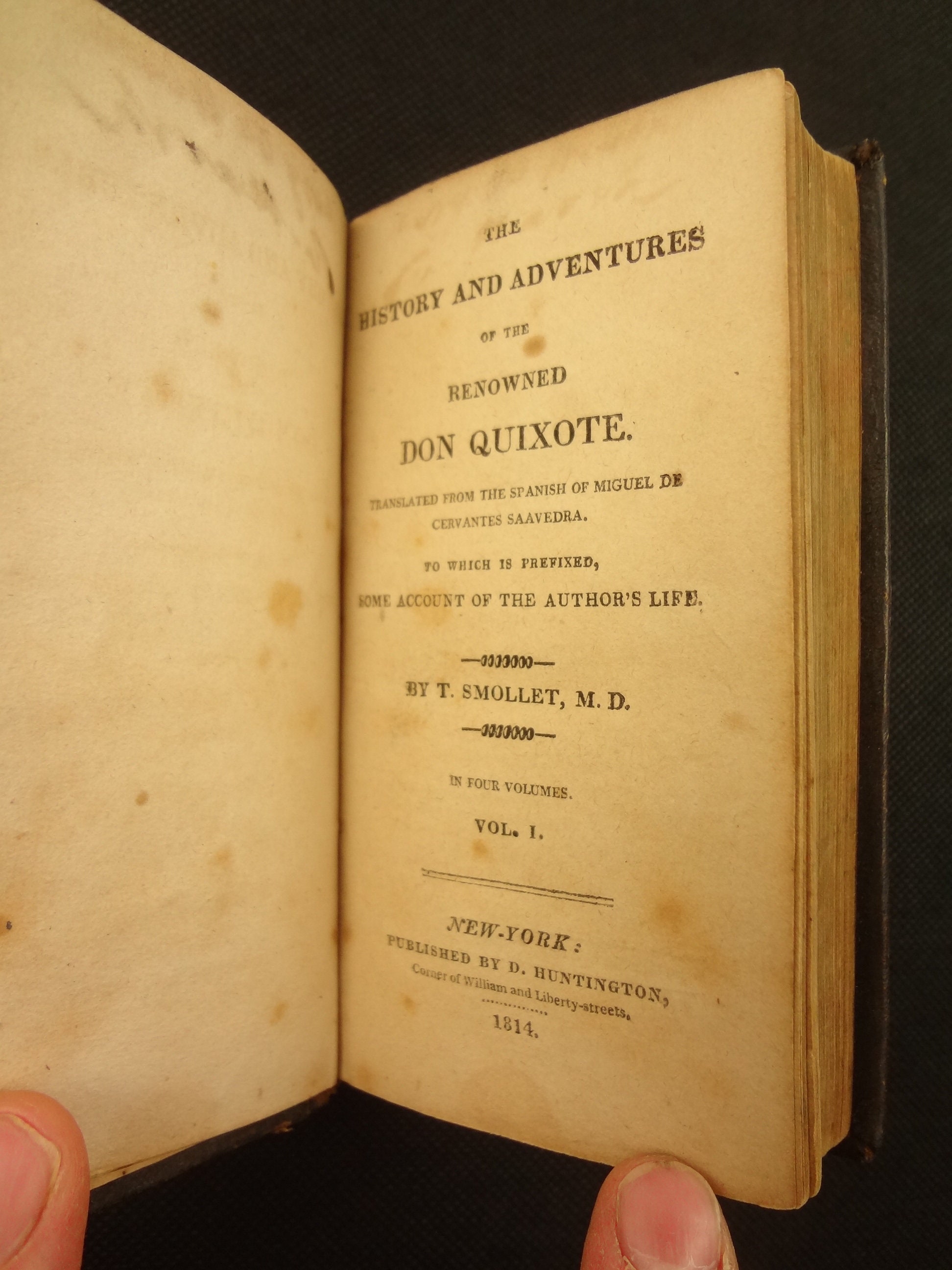 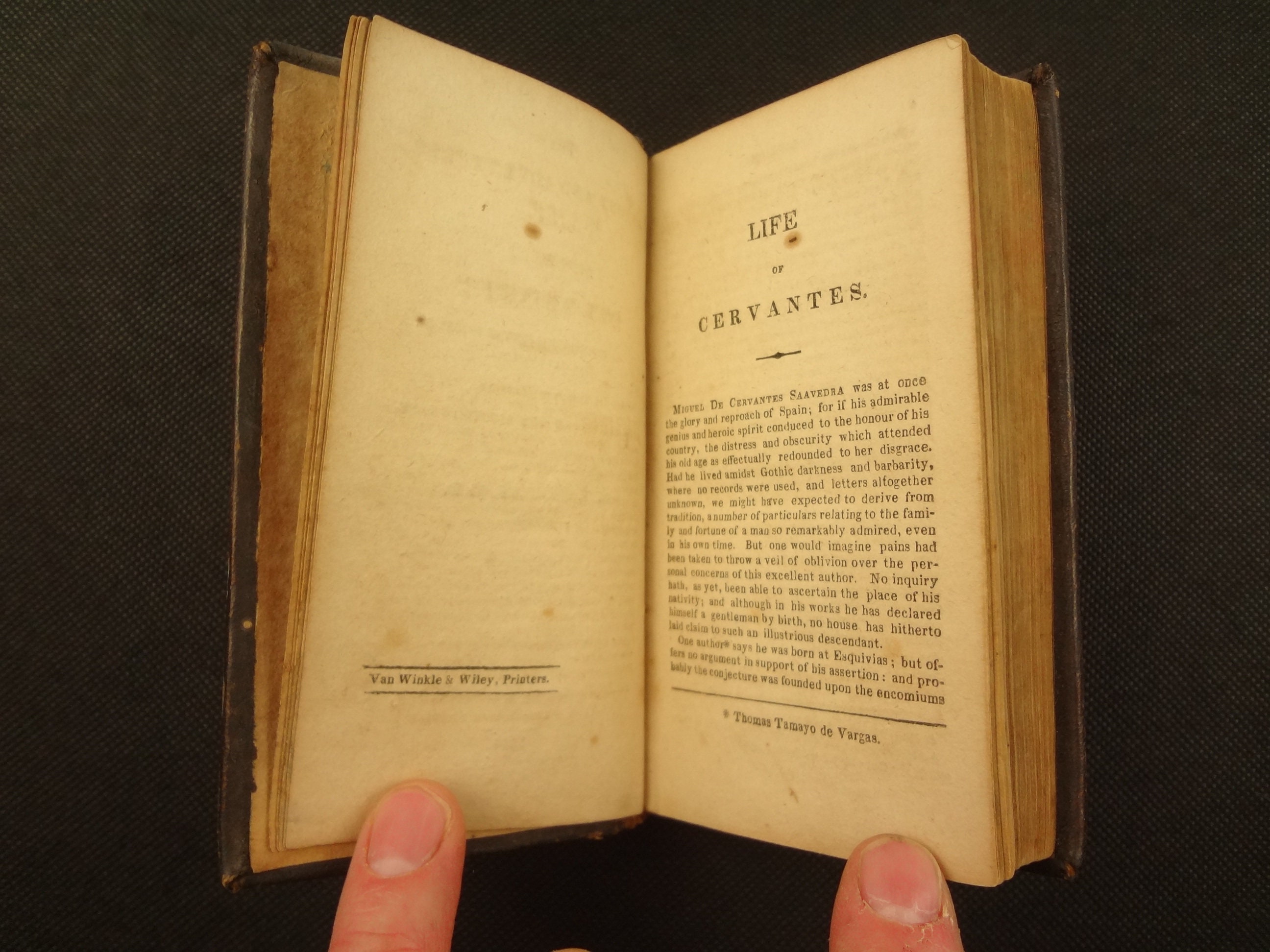 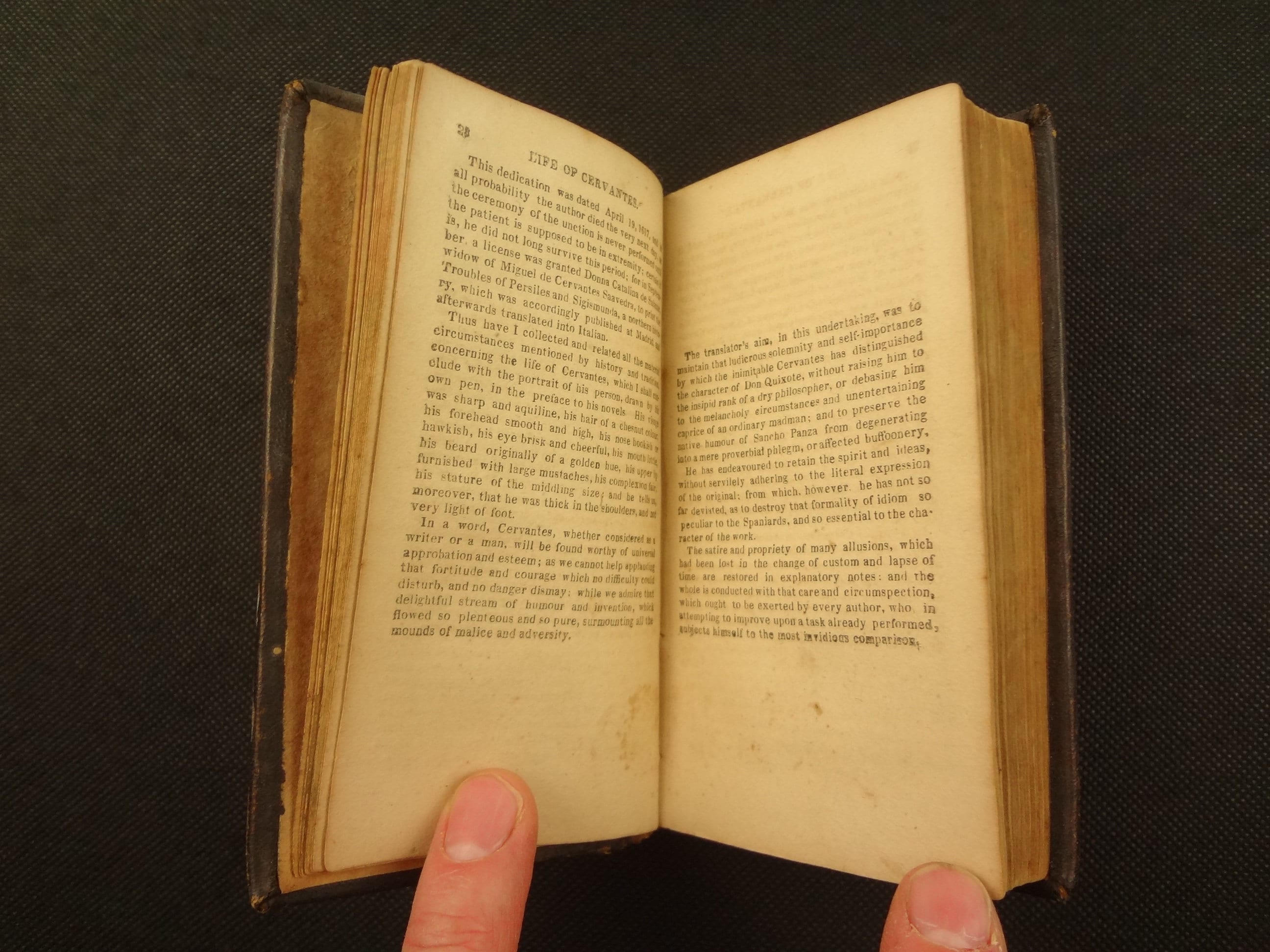 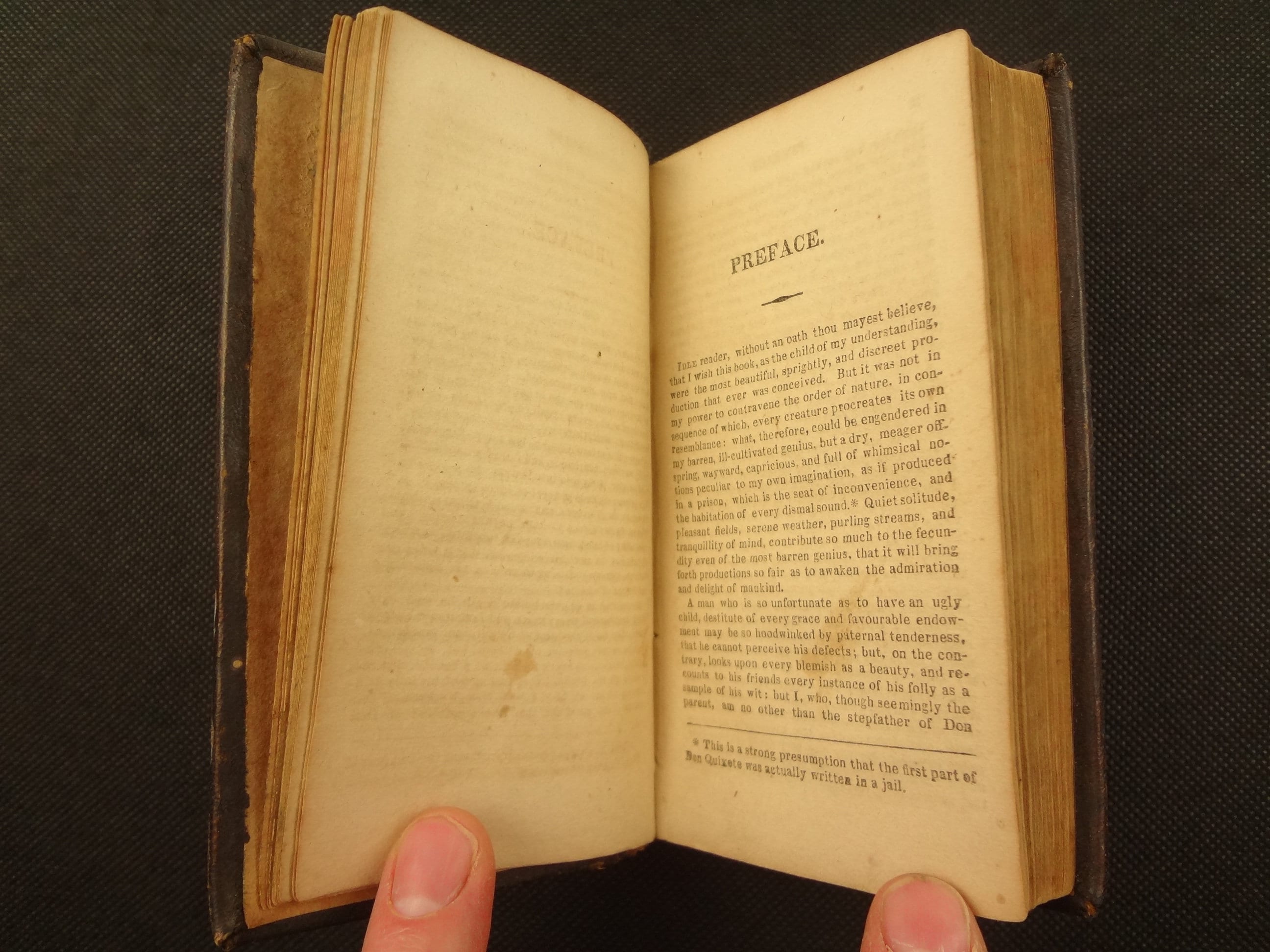 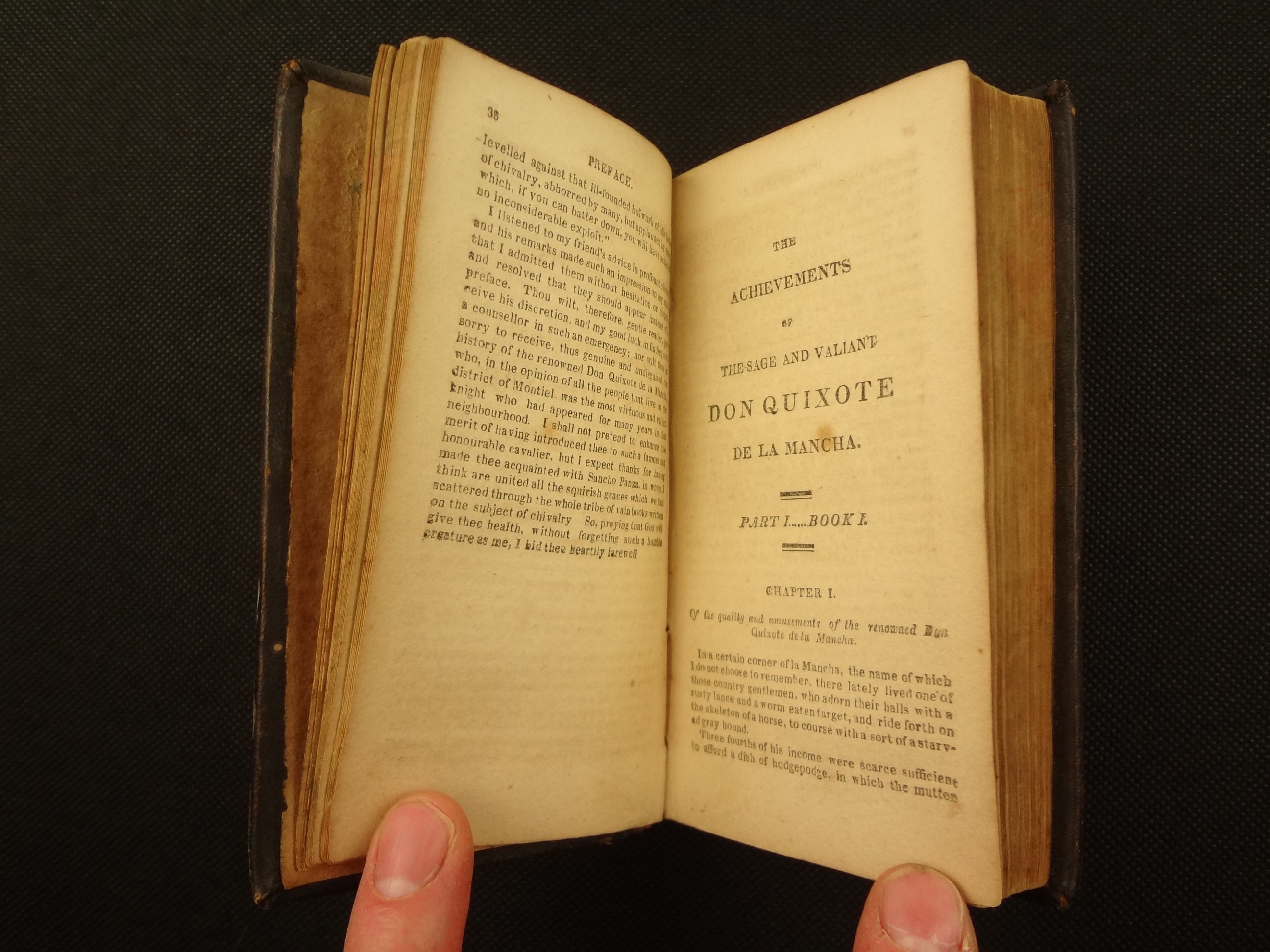 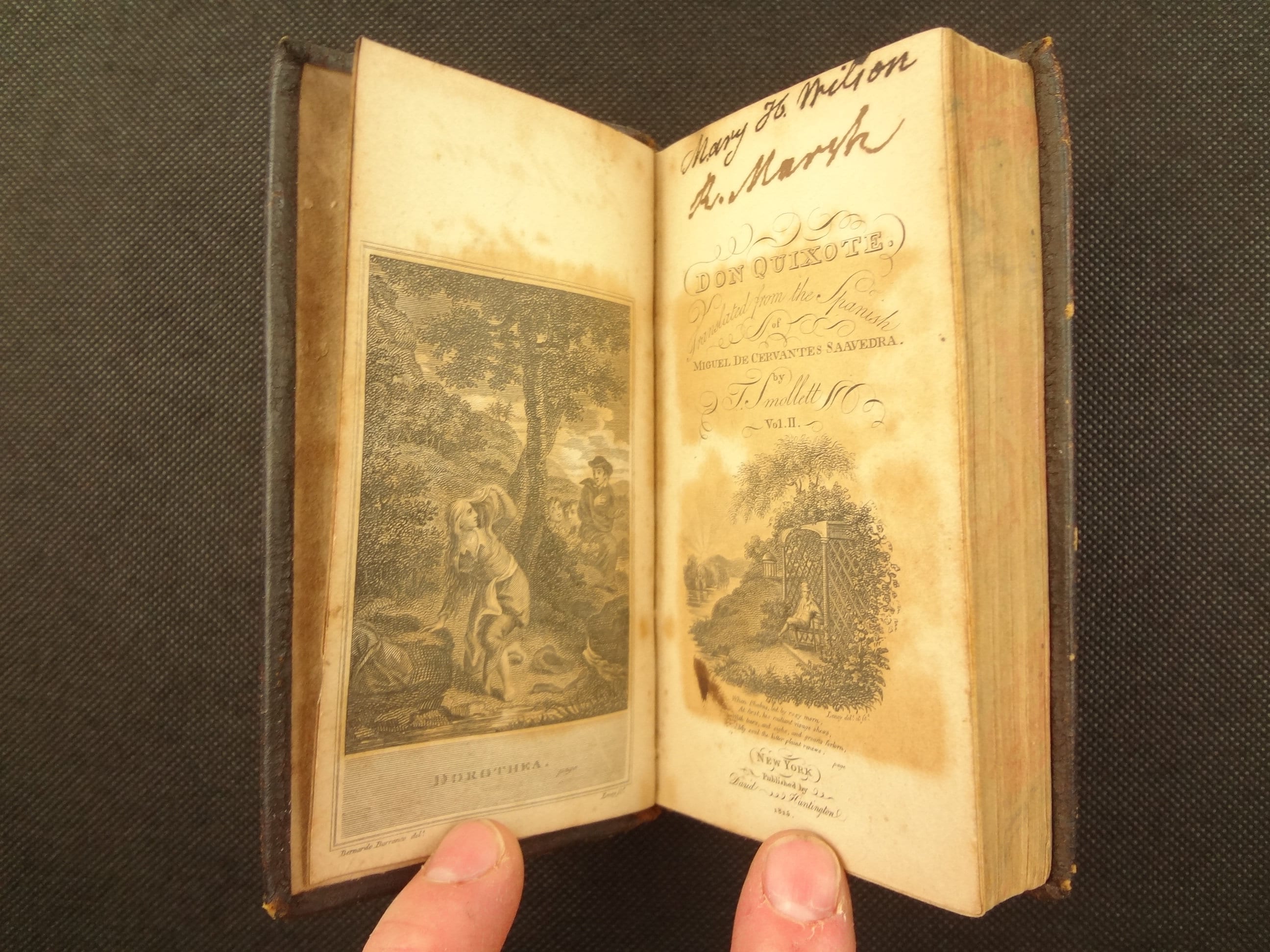 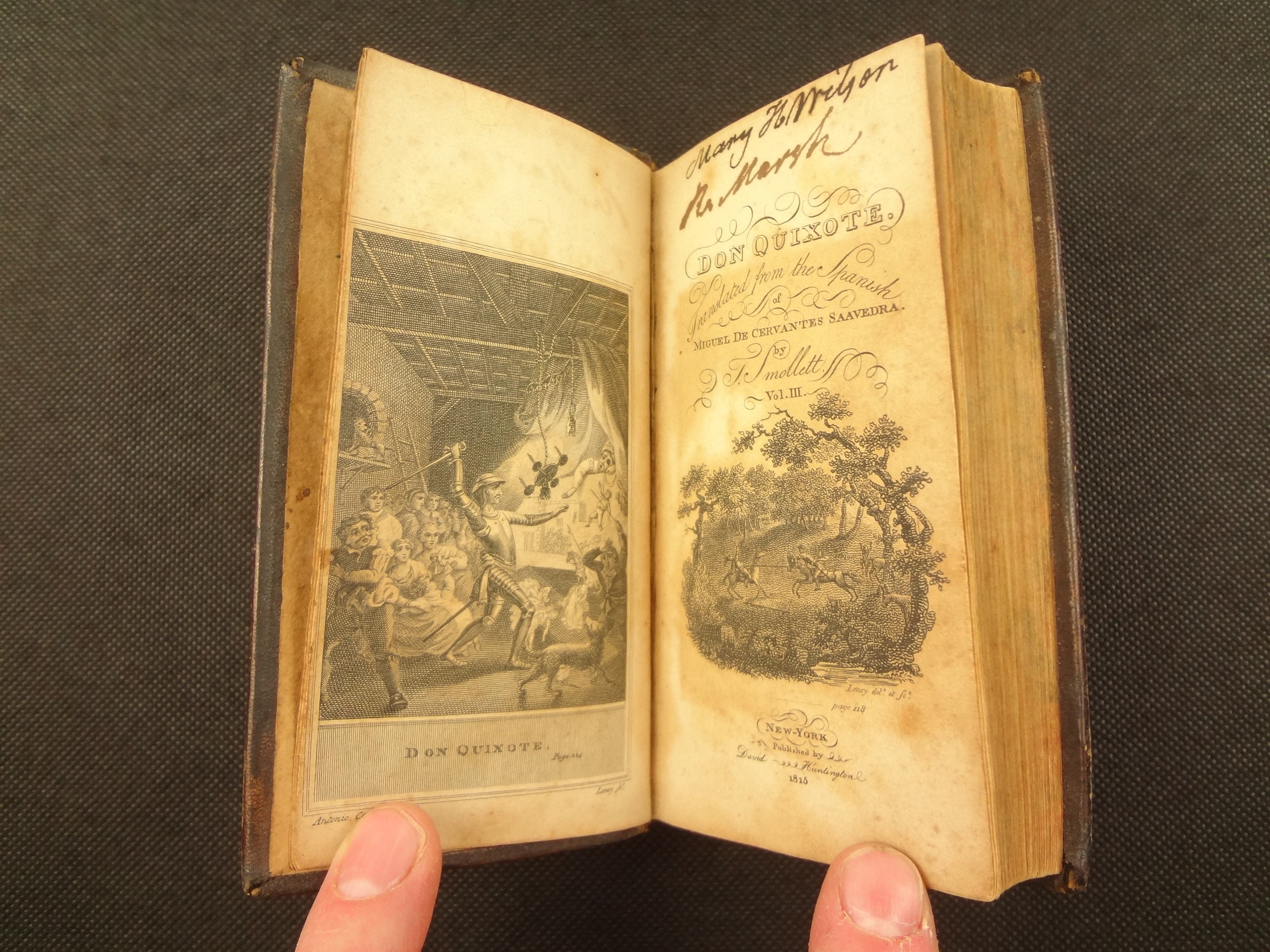 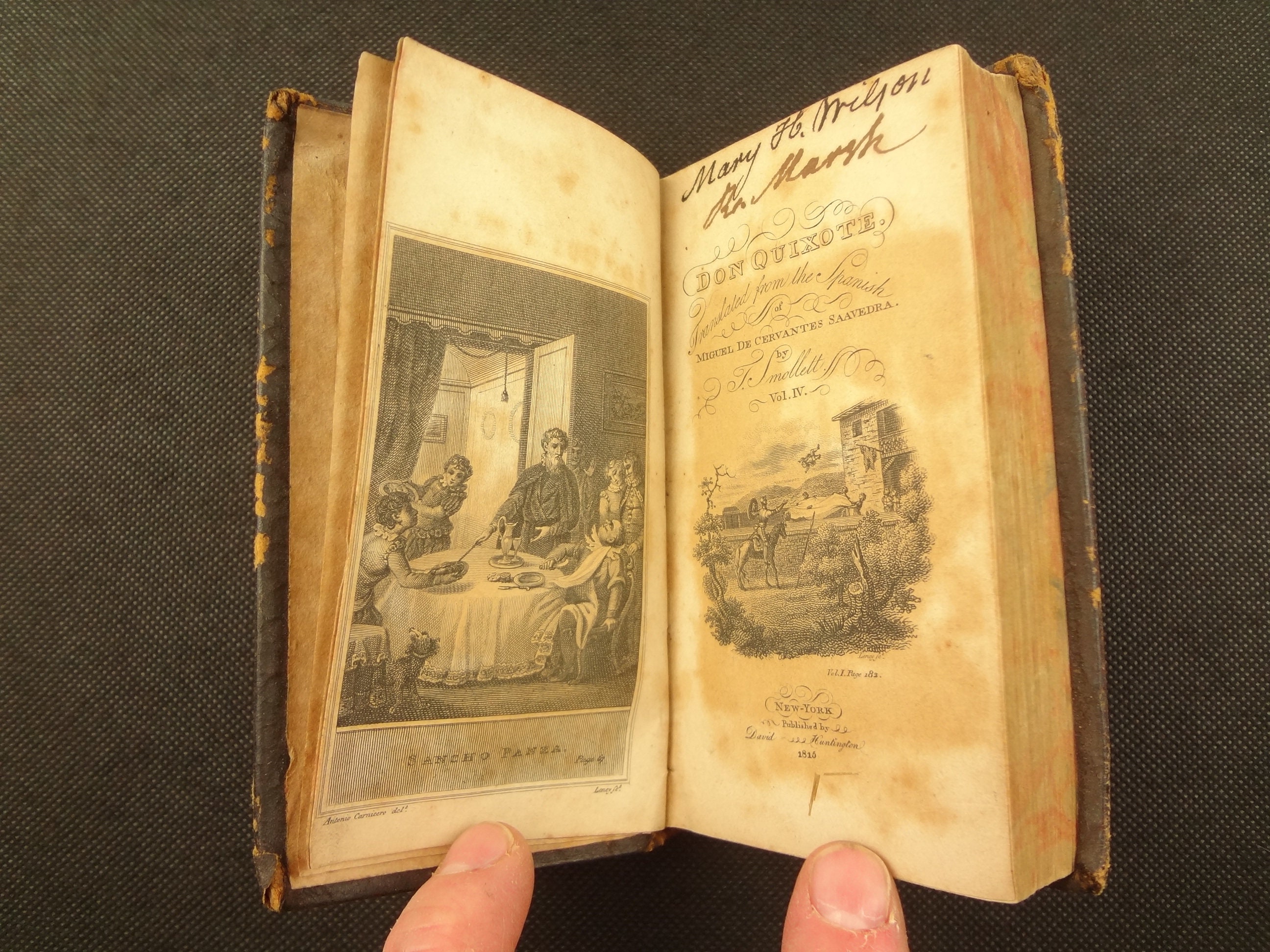 An early American printing (1814-15, New York) of the classic novel, Don Quixote, by Miguel de Cervantes, and translated by Tobias Smollett (he also added a Life of Cervantes). Complete, in four volumes, with four frontis plate illustrations. Includes both Part I and Part II.

See pictures. Bindings have had quite a bit of wear at edges. Spines are crazed. Boards have some rubbing marks, etc.. Library shelf number and other ownership marks on preliminary blank pages, the verso of the plates, and on the title pages. Thumbing, toning, and a little foxing throughout. Plates have no tissue and have toned the facing title pages heavily, as well as the page behind the title page. Binder notes at rear of volume one. Endpapers more heavily toned than printed work. Occasional dog-eared (folded) page. Marbled edges faded.