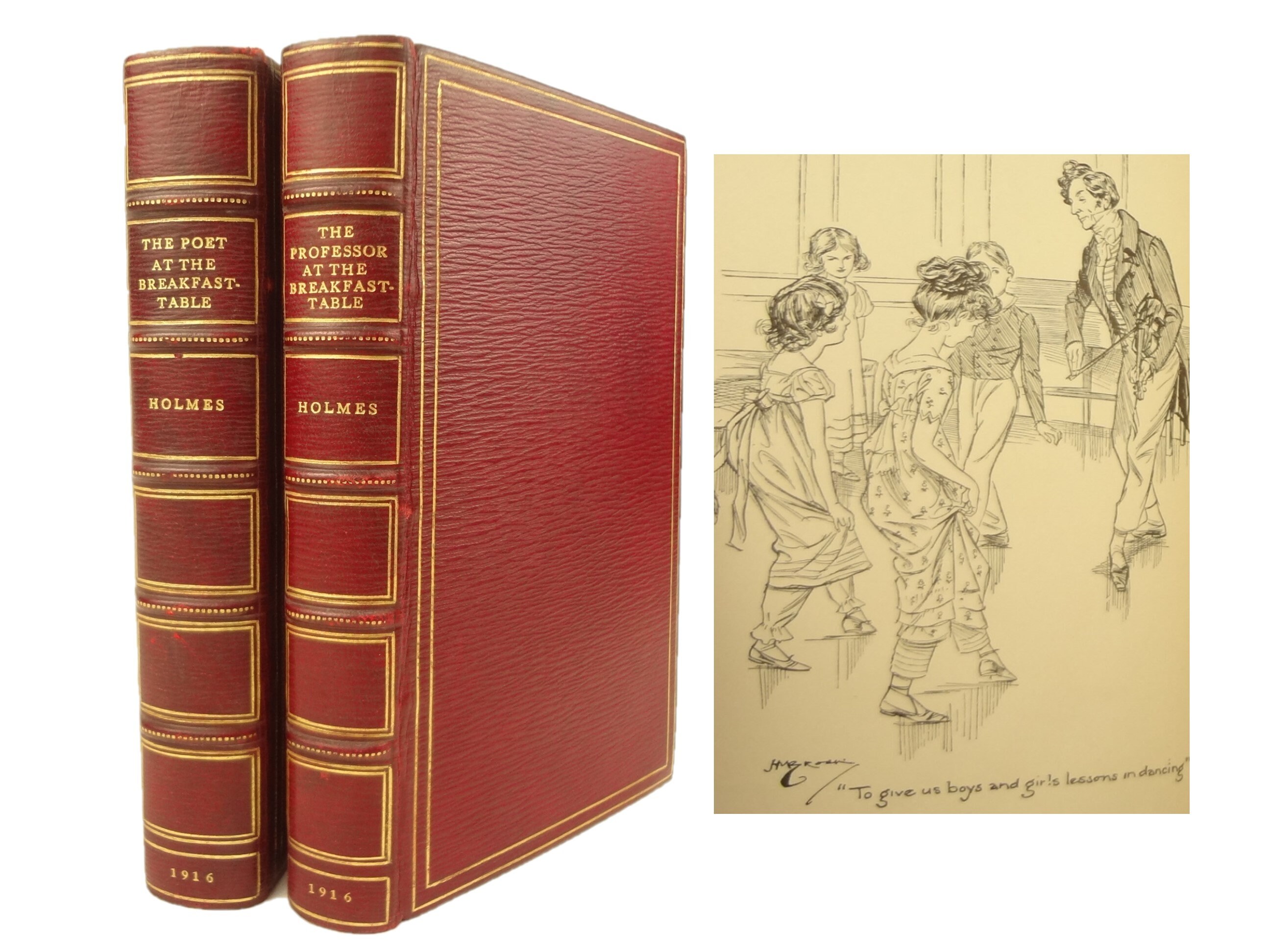 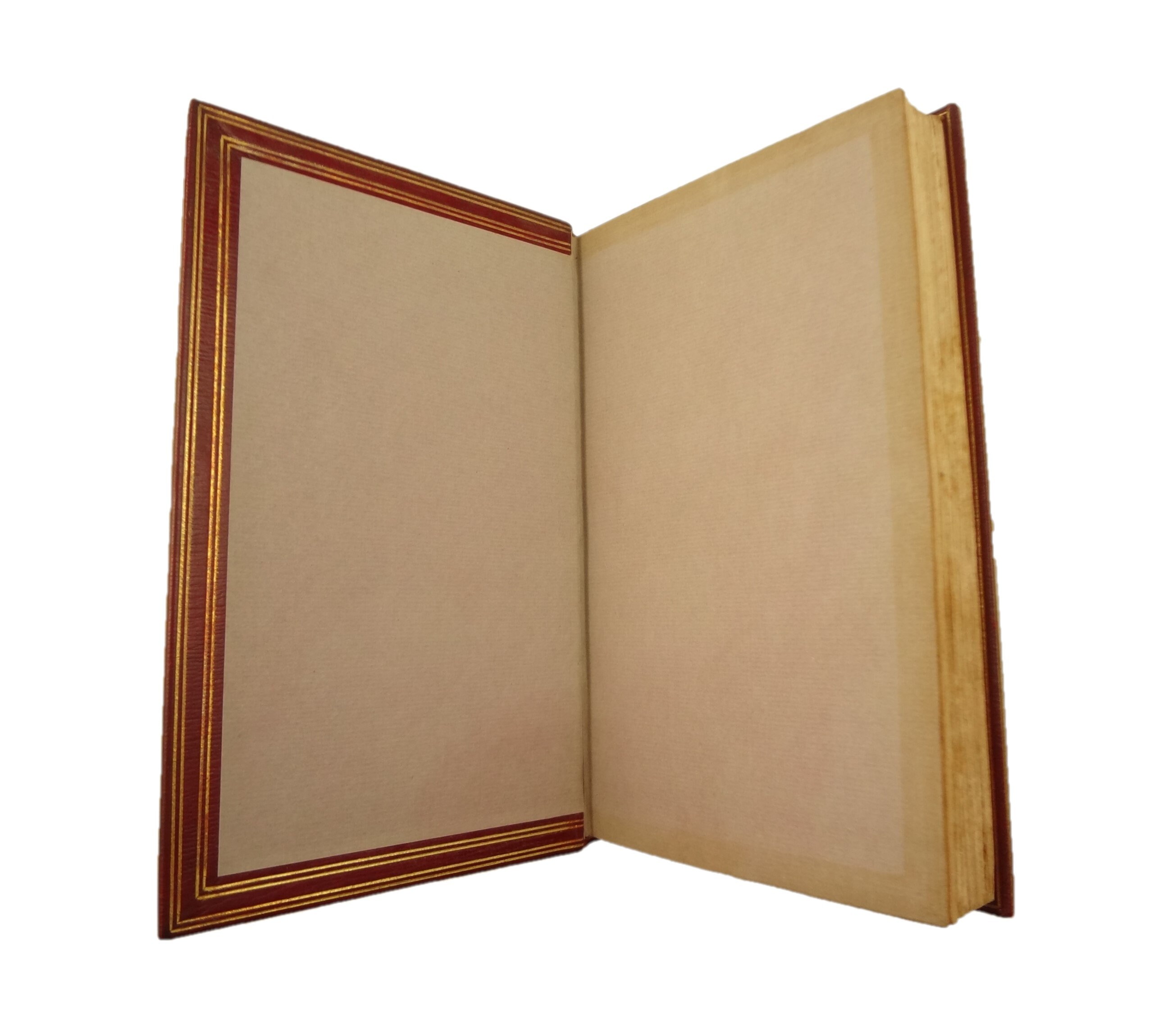 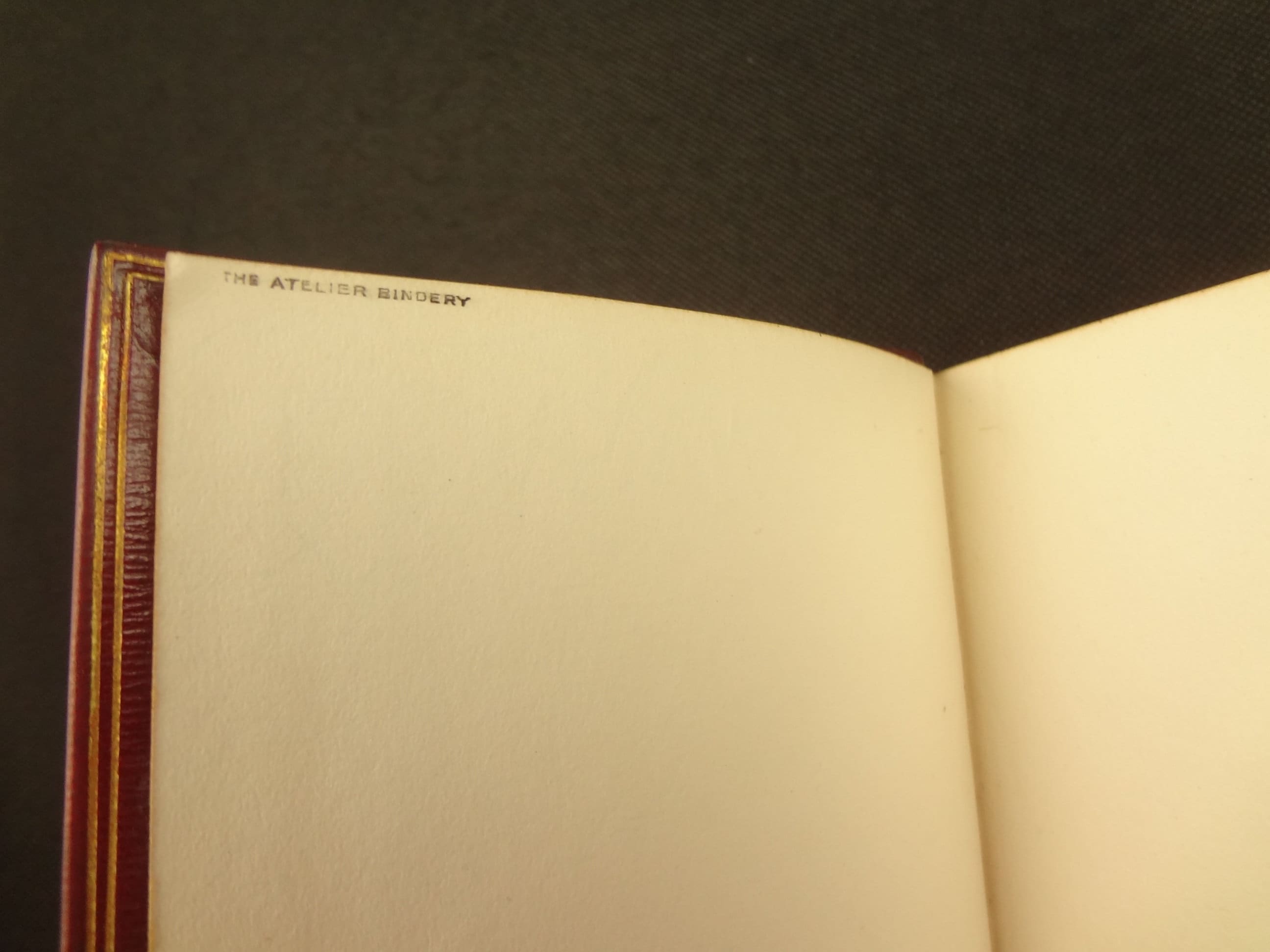 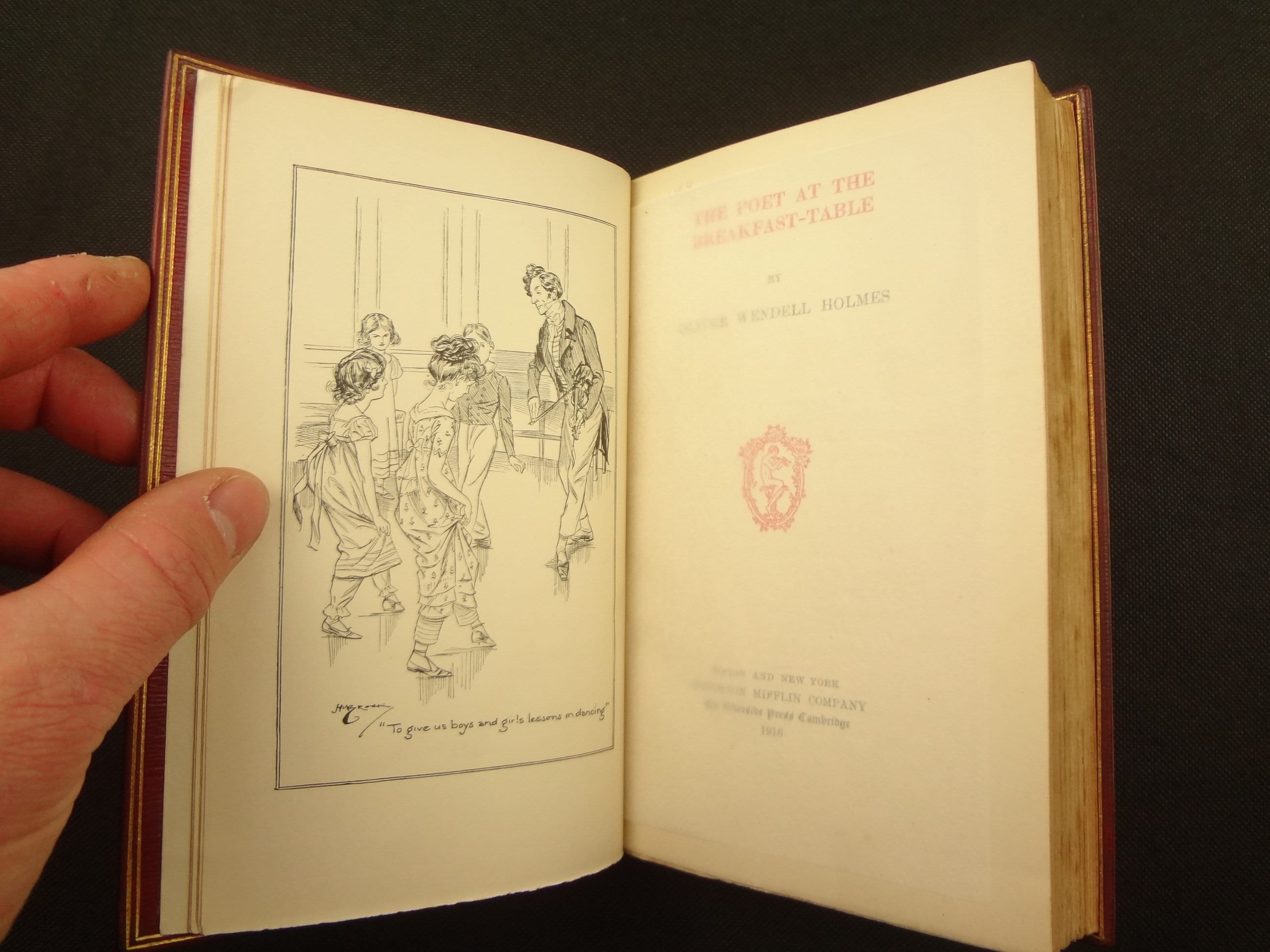 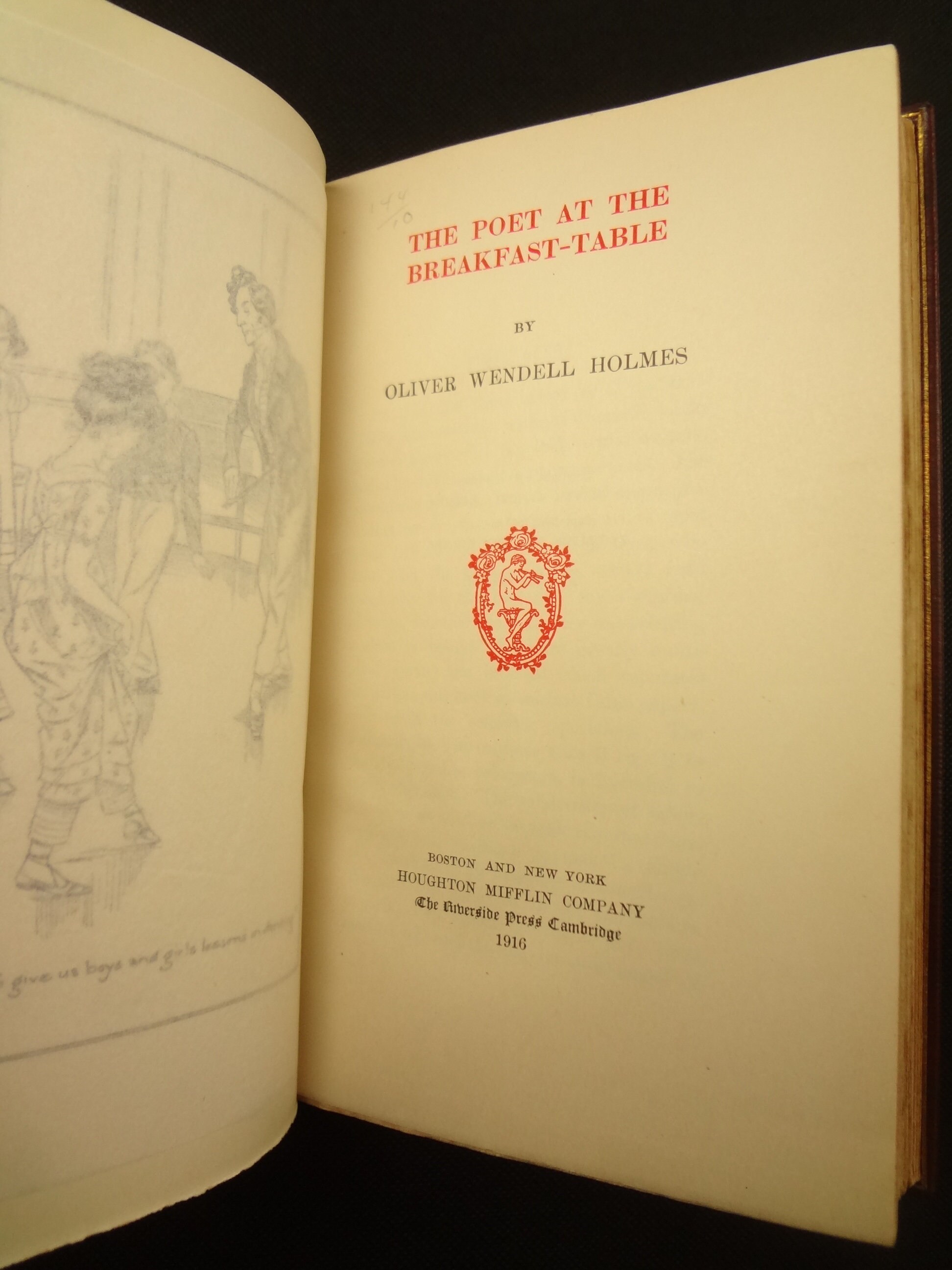 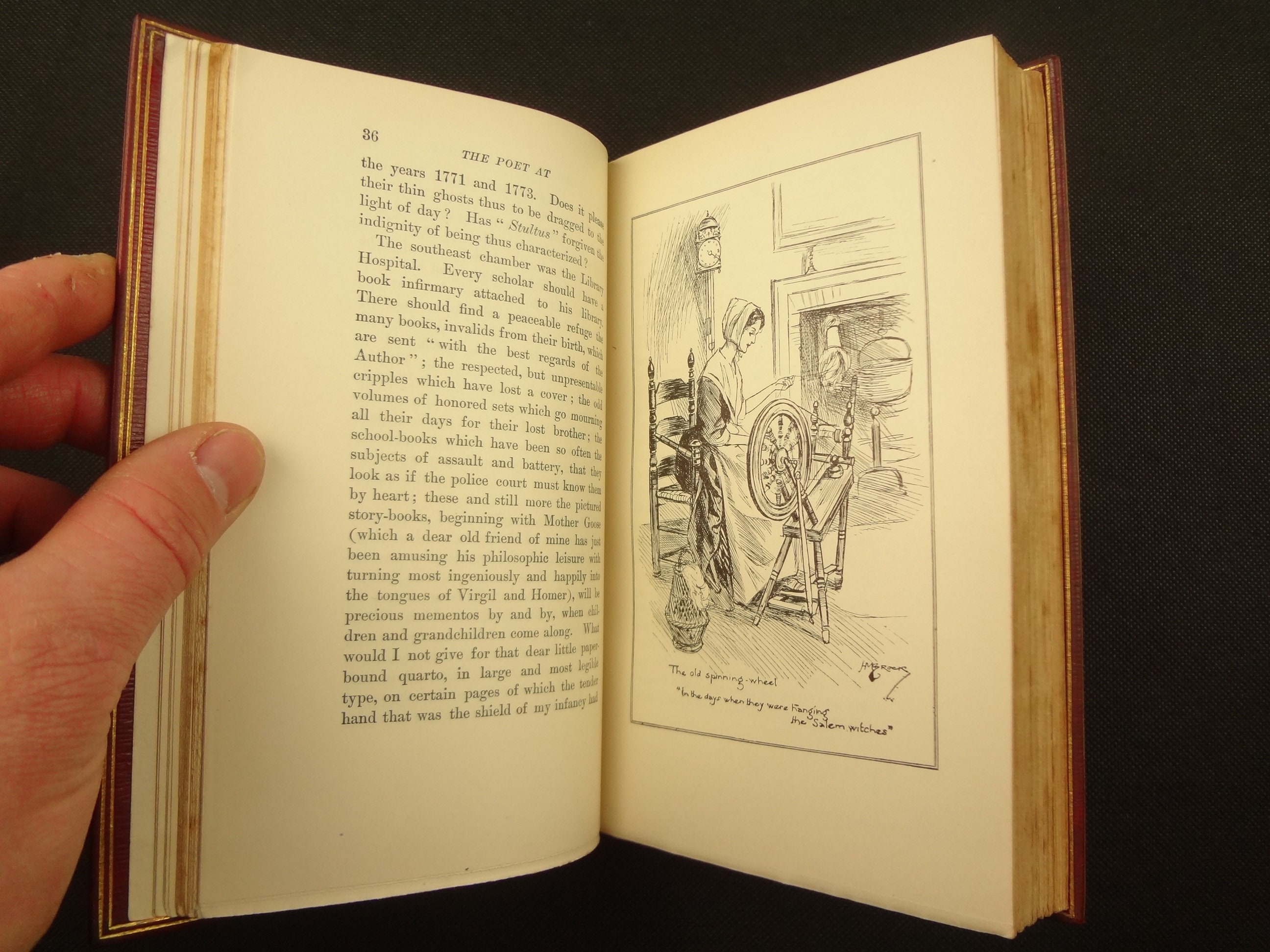 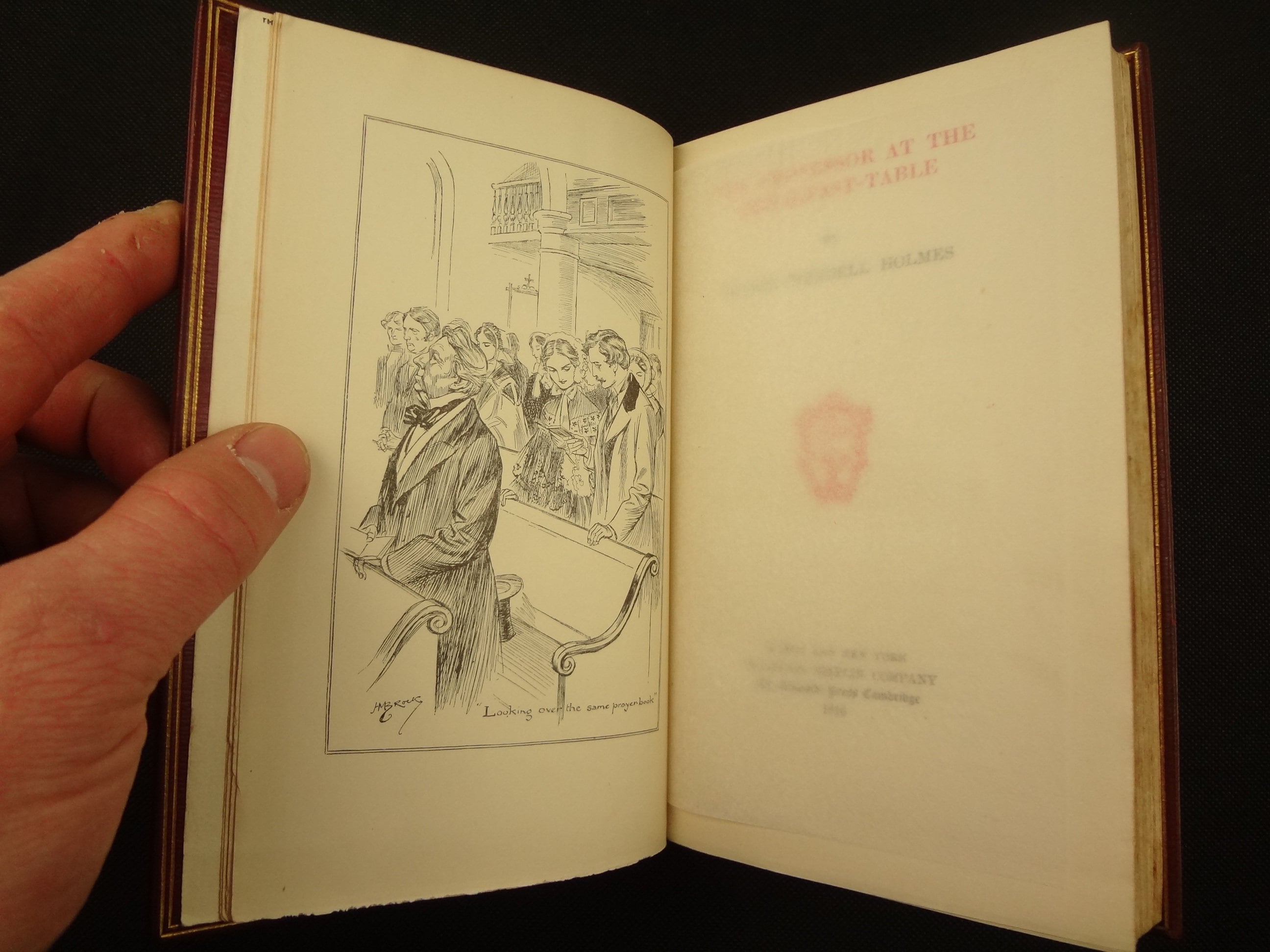 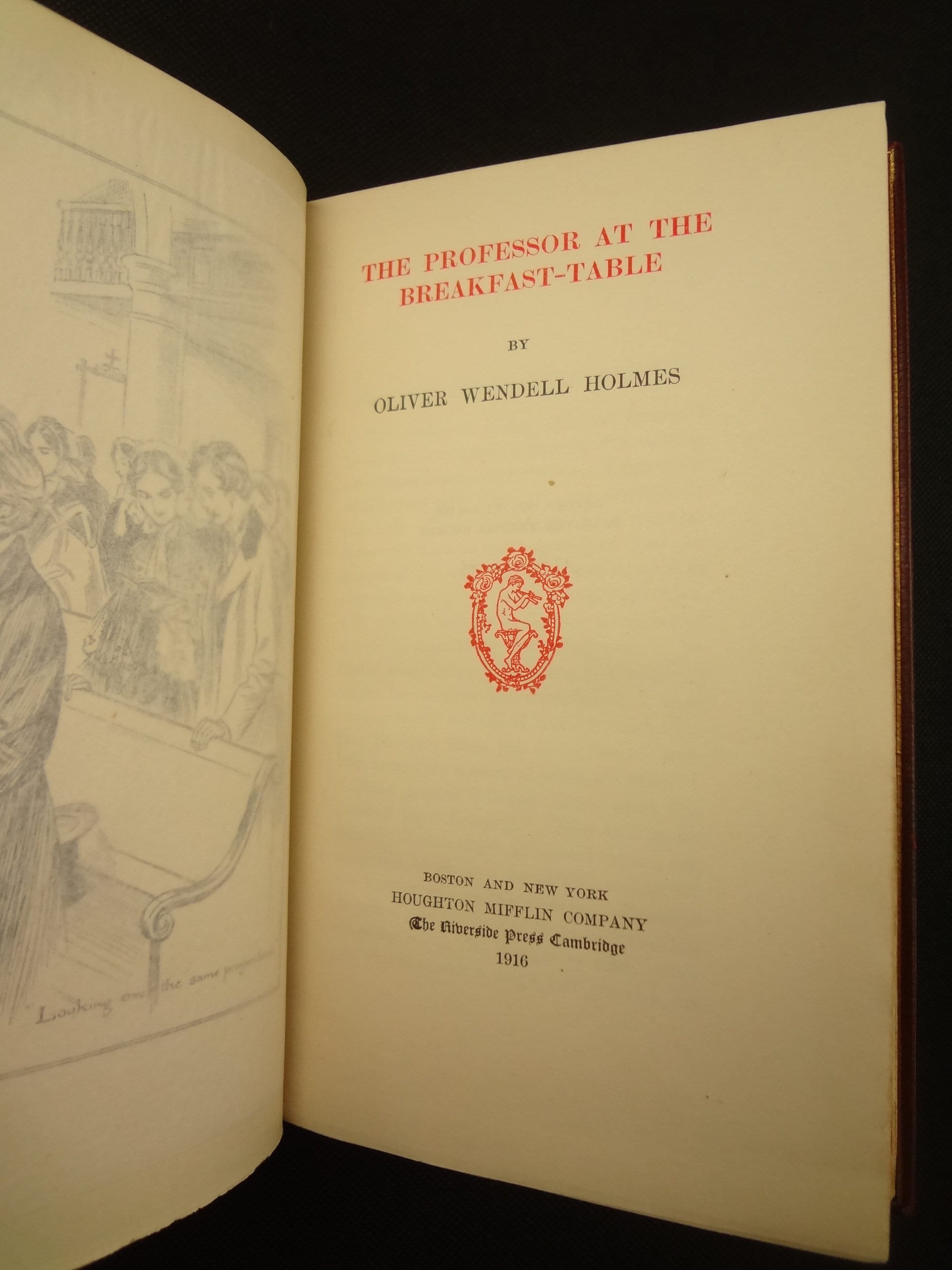 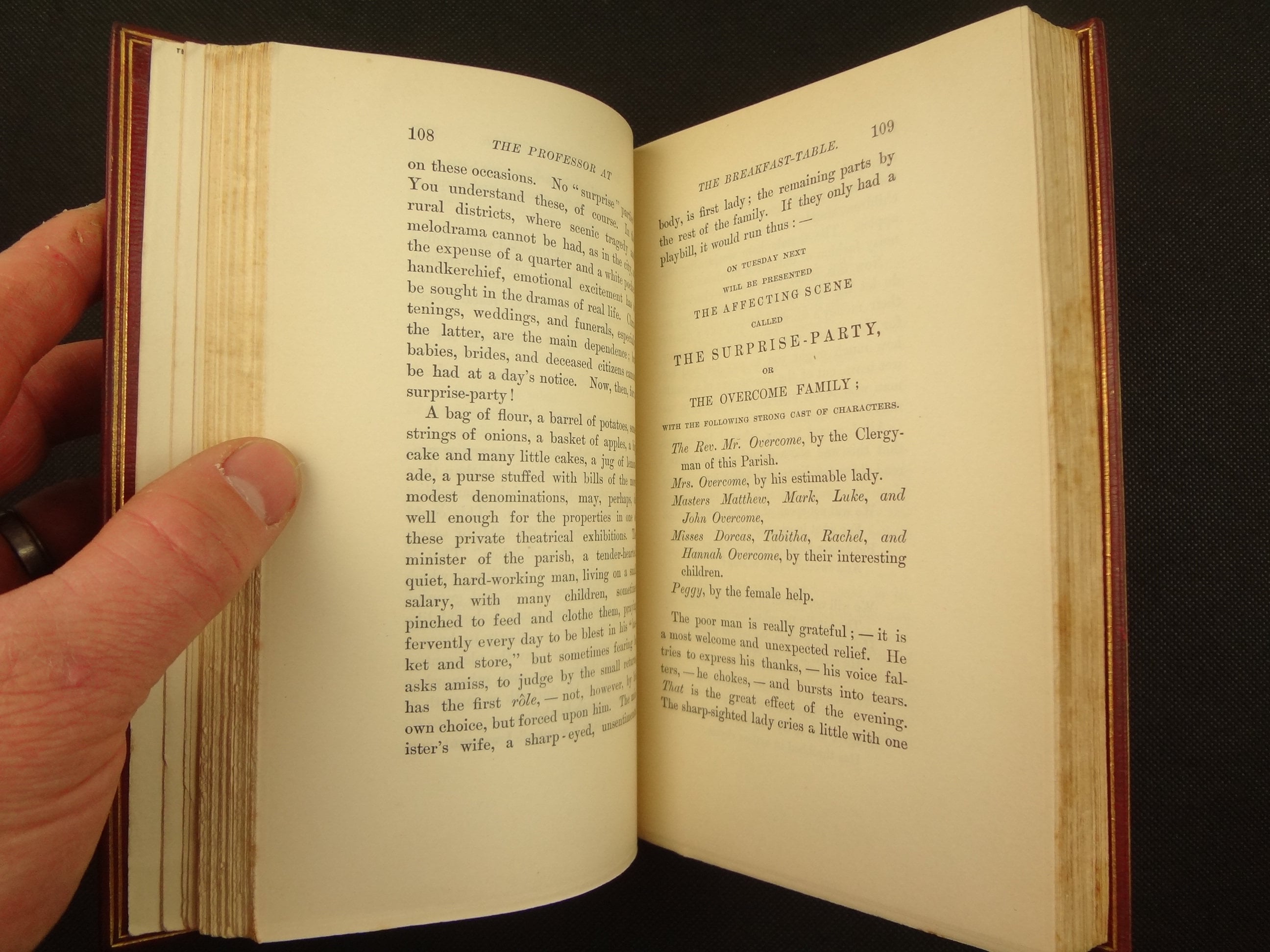 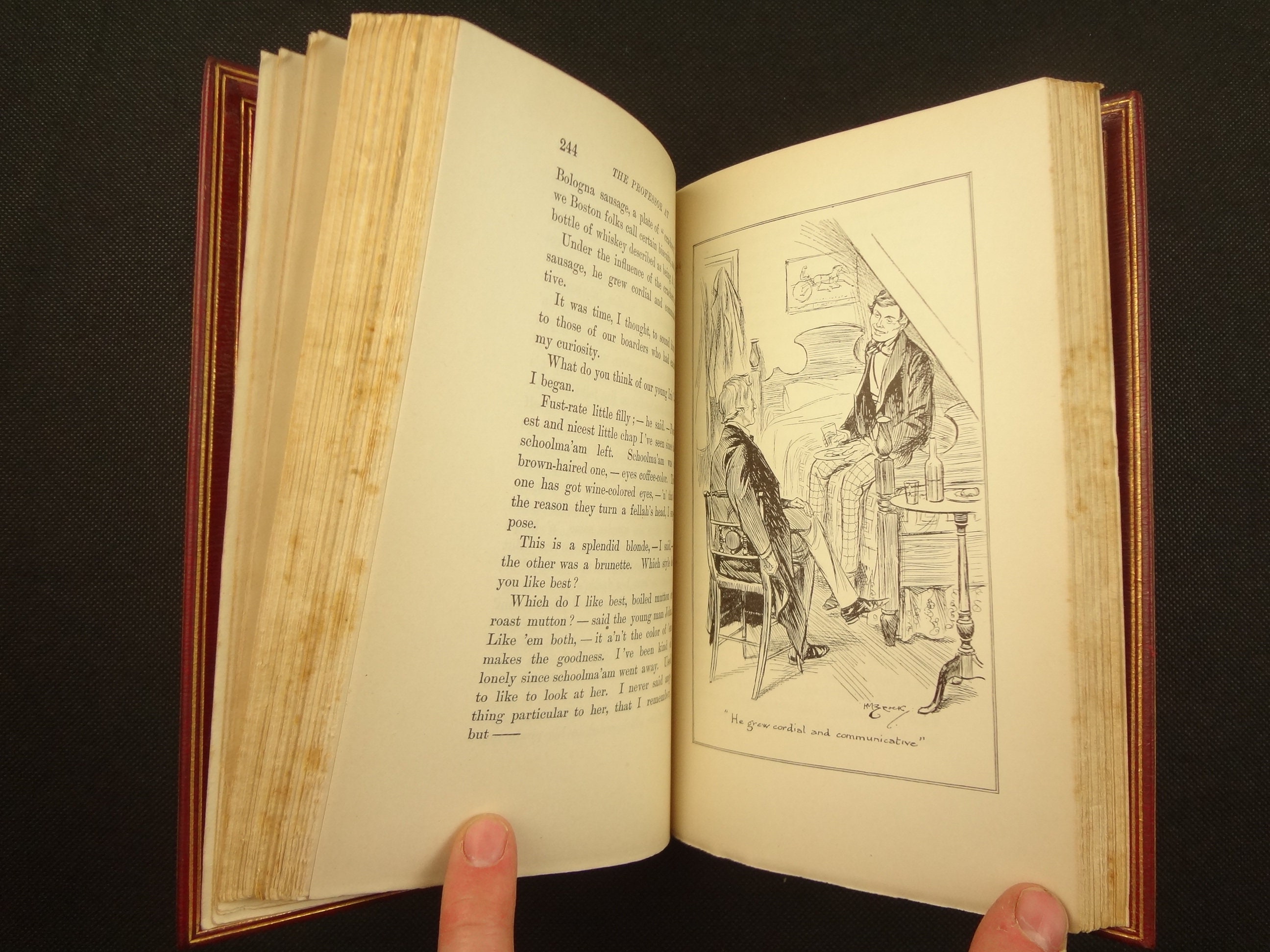 1916 The Poet and The Professor at the Breakfast Table. Oliver Wendell Holmes

Two handsome works of Oliver Wendall Holmes, in Moroccan straight-grain bindings by The Atelier Bindery. Note, I fear the spots along the fore and bottom edges may be mold as the books have a slightly sour smell... or it might be foxing.

Oliver Wendell Holmes was an American physician, poet, and polymath based in Boston. A member of the Fireside Poets, he was acclaimed by his peers as one of the best writers of the day. His most famous prose works are the "Breakfast-Table" series, which began with The Autocrat of the Breakfast-Table (1858). He was also an important medical reformer. In addition to his work as an author and poet, Holmes also served as a physician, professor, lecturer and inventor and, although he never practiced it, he received formal training in law.

Surrounded by Boston's literary elite—which included friends such as Ralph Waldo Emerson, Henry Wadsworth Longfellow, and James Russell Lowell—Holmes made an indelible imprint on the literary world of the 19th century. Many of his works were published in The Atlantic Monthly, a magazine that he named. For his literary achievements and other accomplishments, he was awarded numerous honorary degrees from universities around the world. Holmes's writing often commemorated his native Boston area, and much of it was meant to be humorous or conversational.

See pictures. See pictures. Note, spots page block edges may be mold, they smell sour, or they might just be foxing. Else a nice set with some shelf wear, but not much. Some dust to leather. Spines slightly darkened, a little dust along the top edge. Turn-ins have ghosted flyleaves. Some foxing on endpapers. Some thumbing at endpapers. Internal illustrations have no tissue. Ink mark on page 467 of The Professor, small.