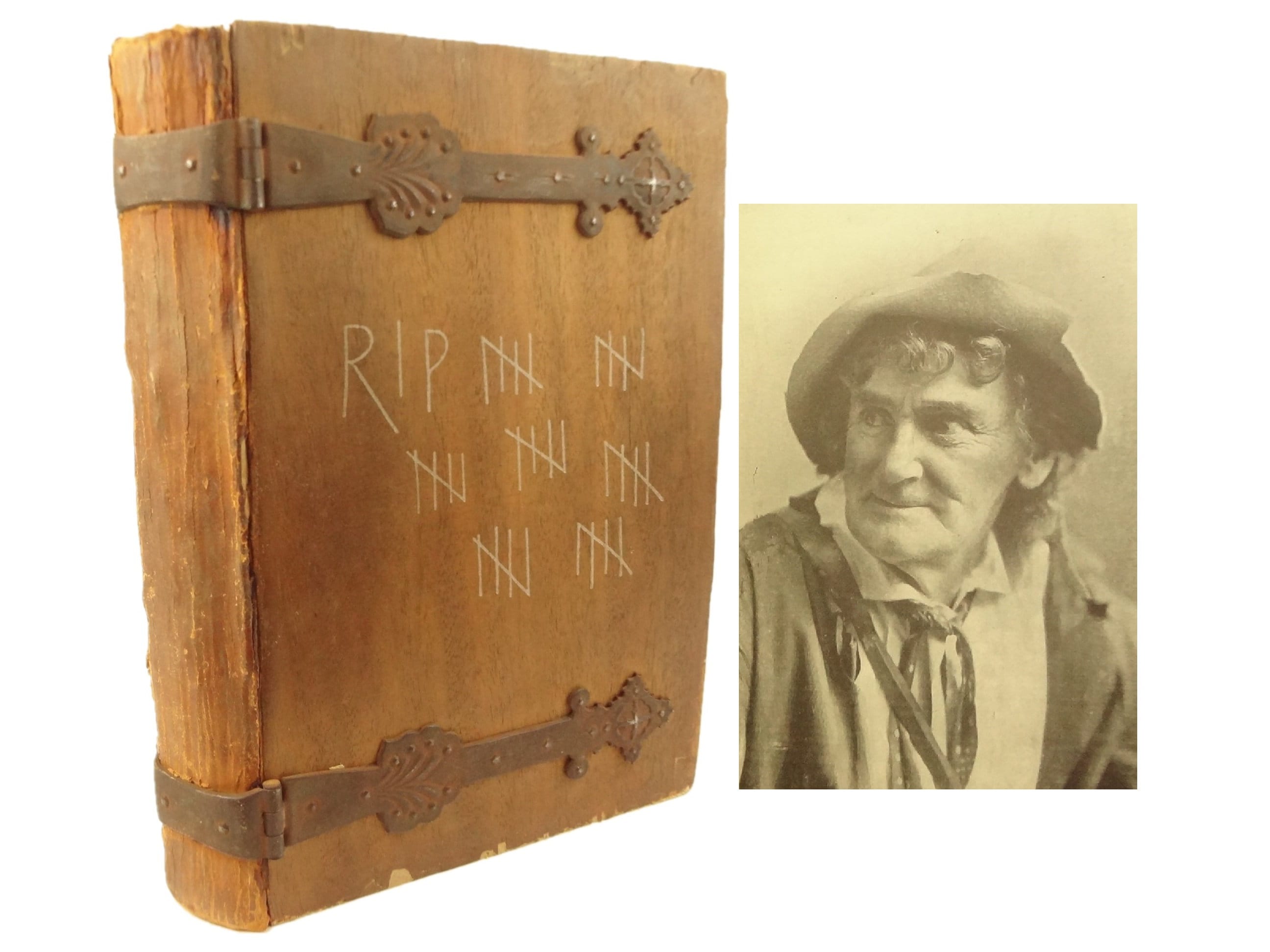 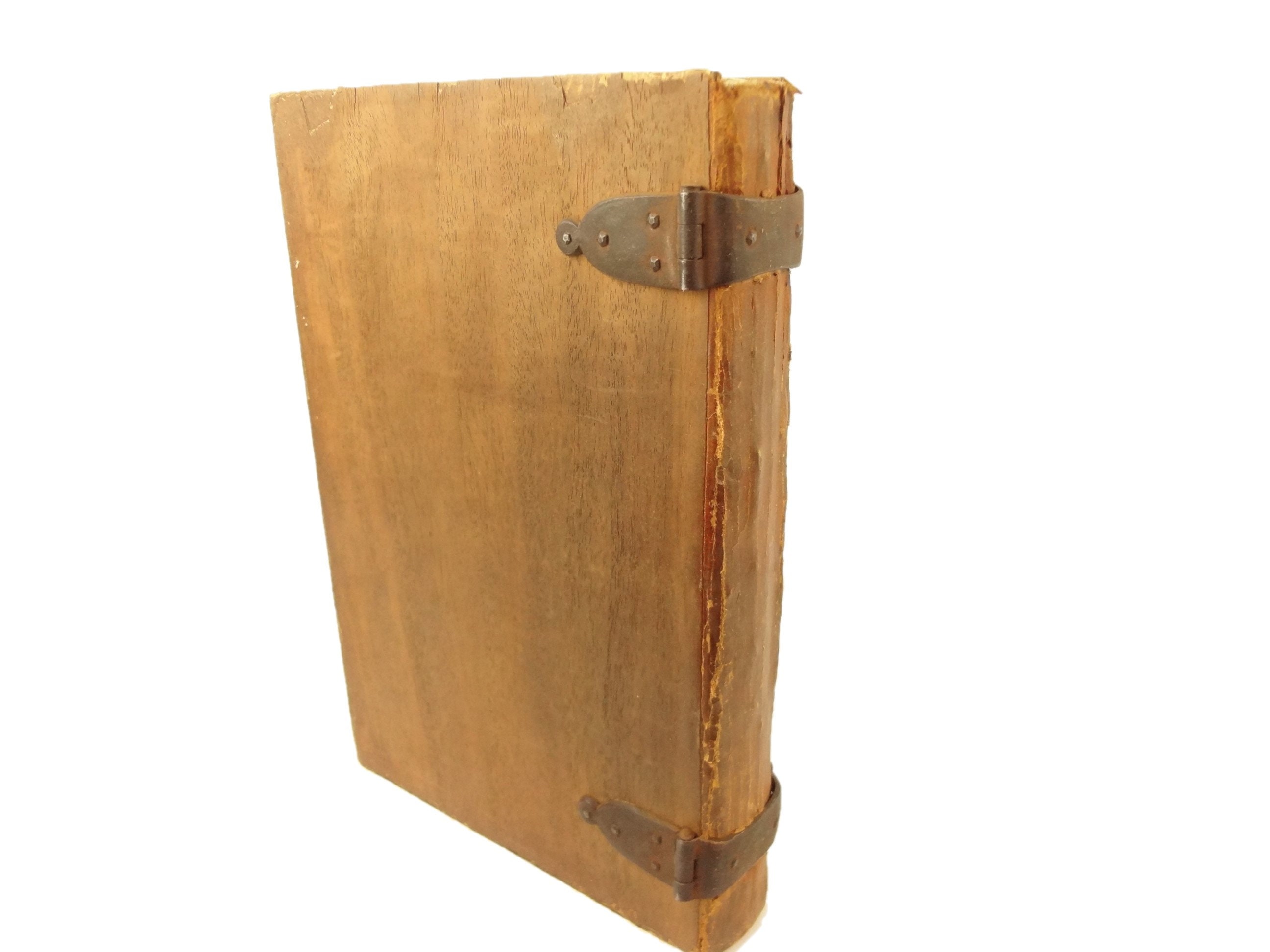 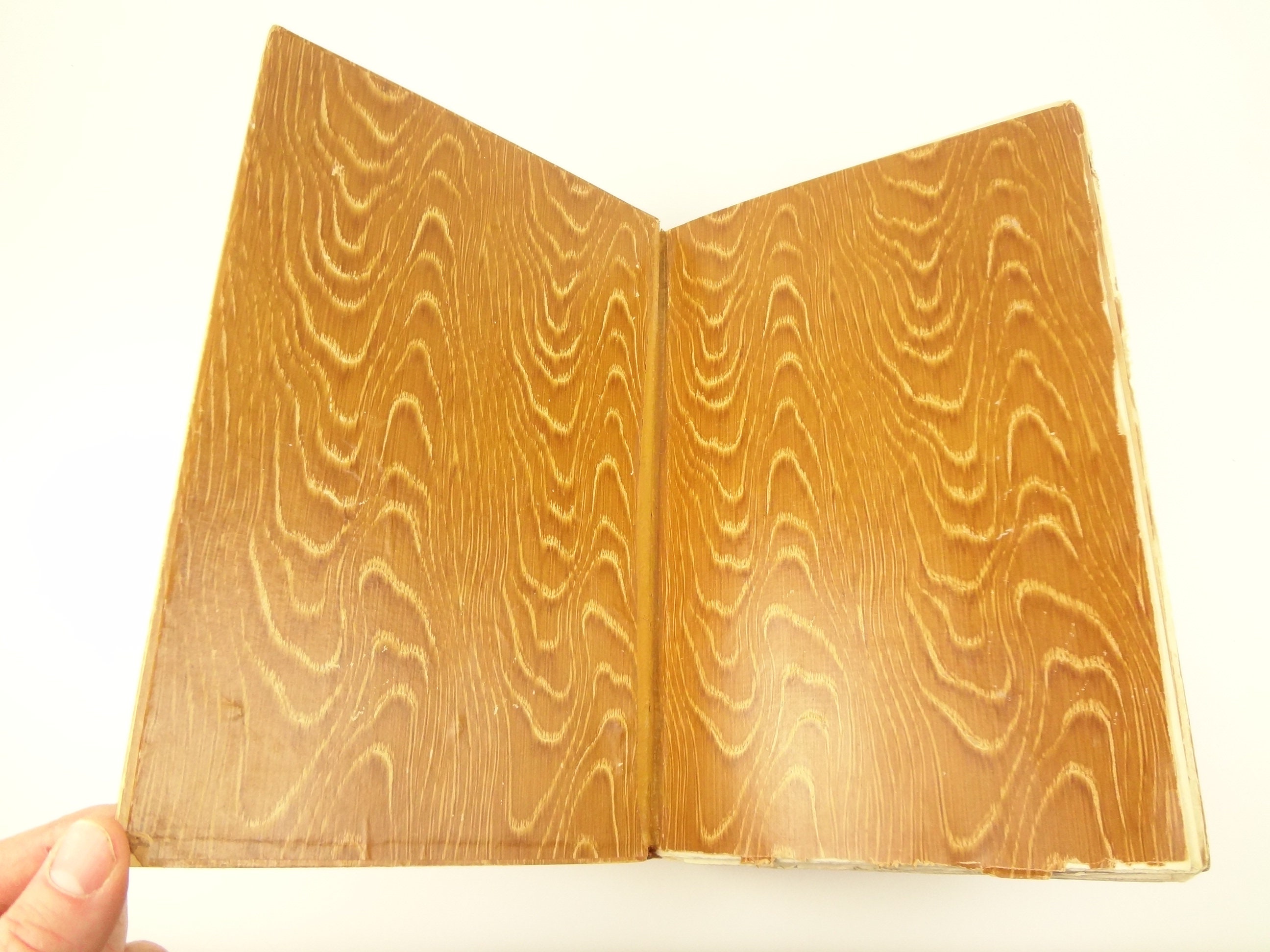 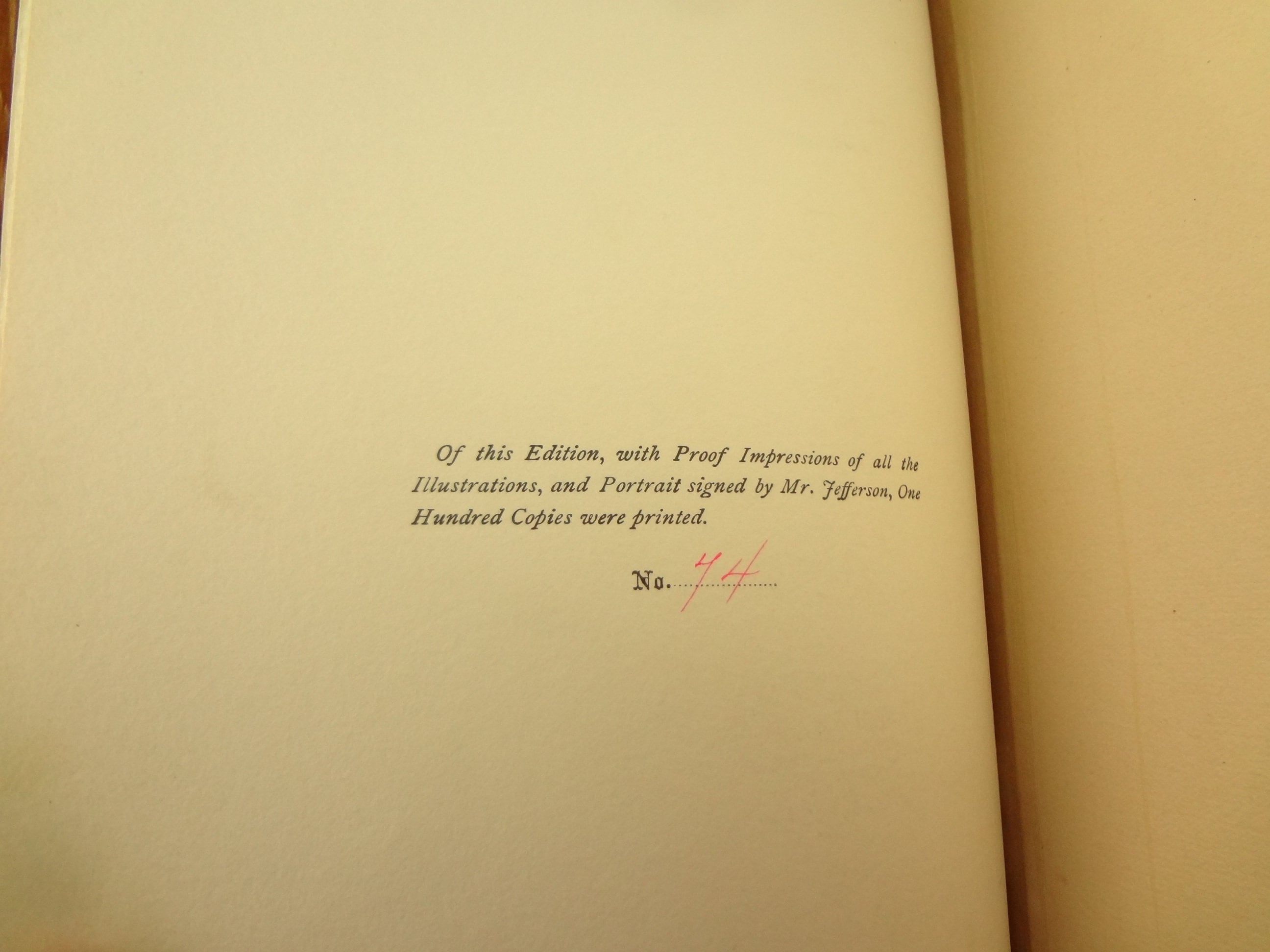 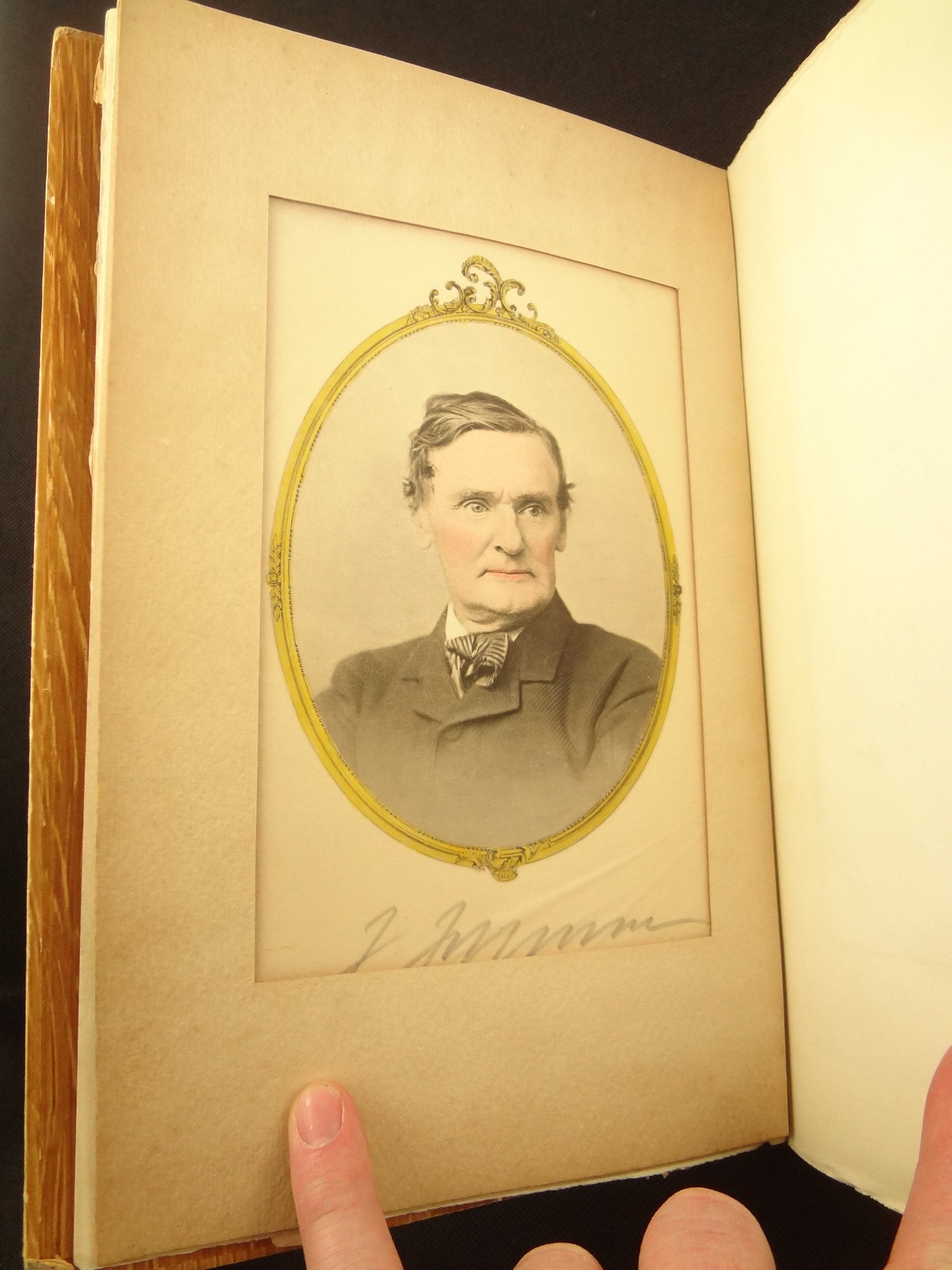 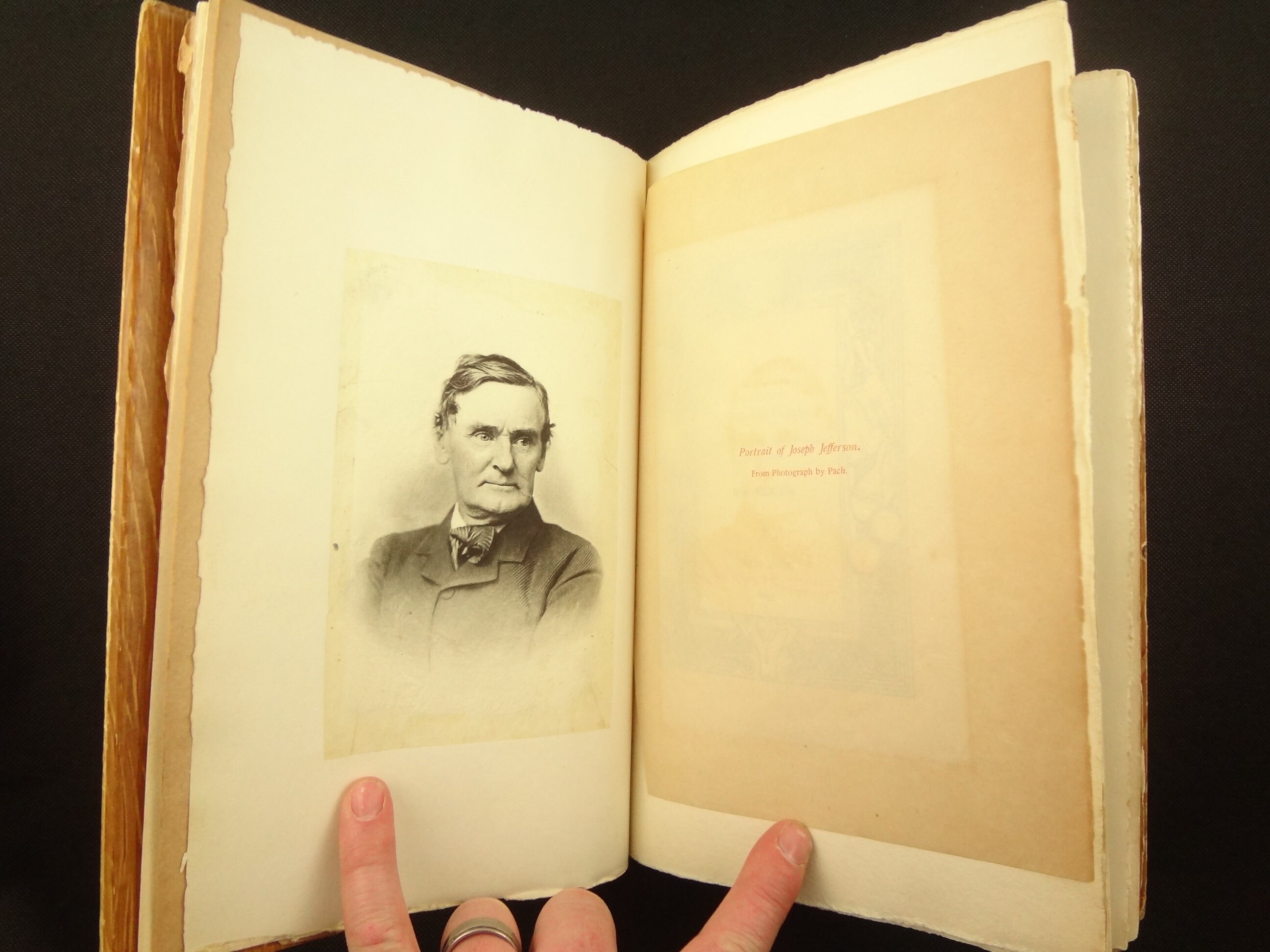 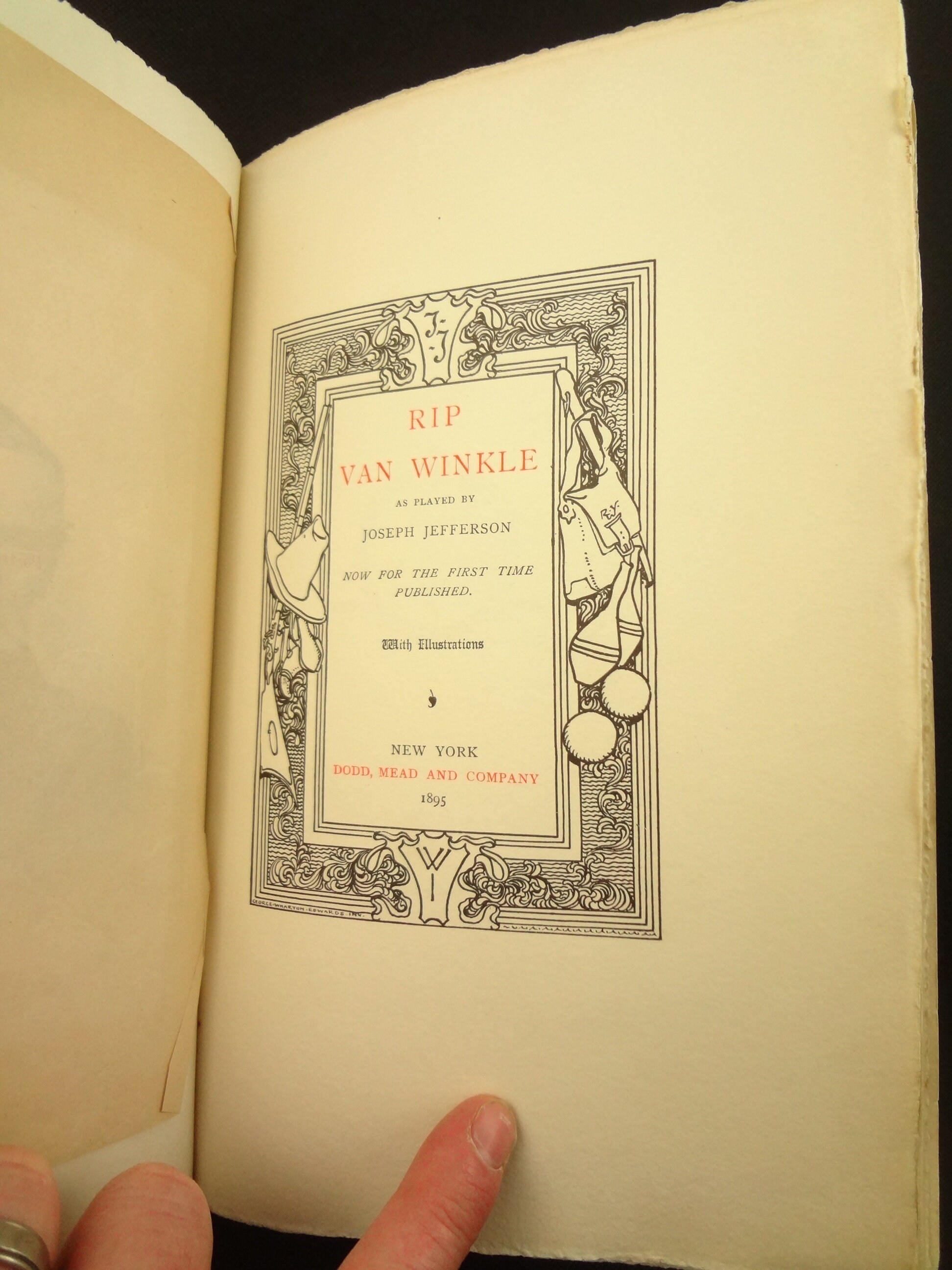 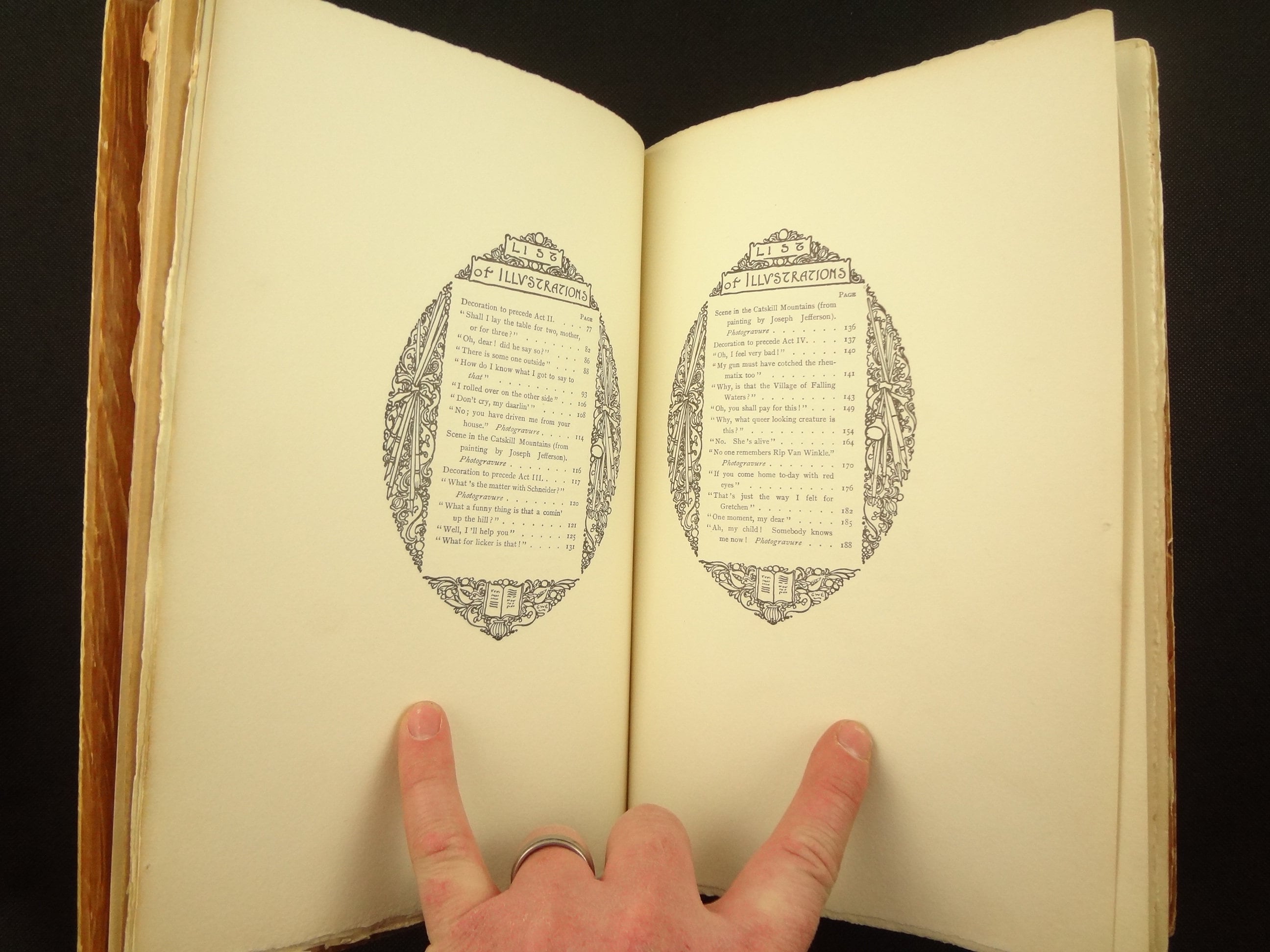 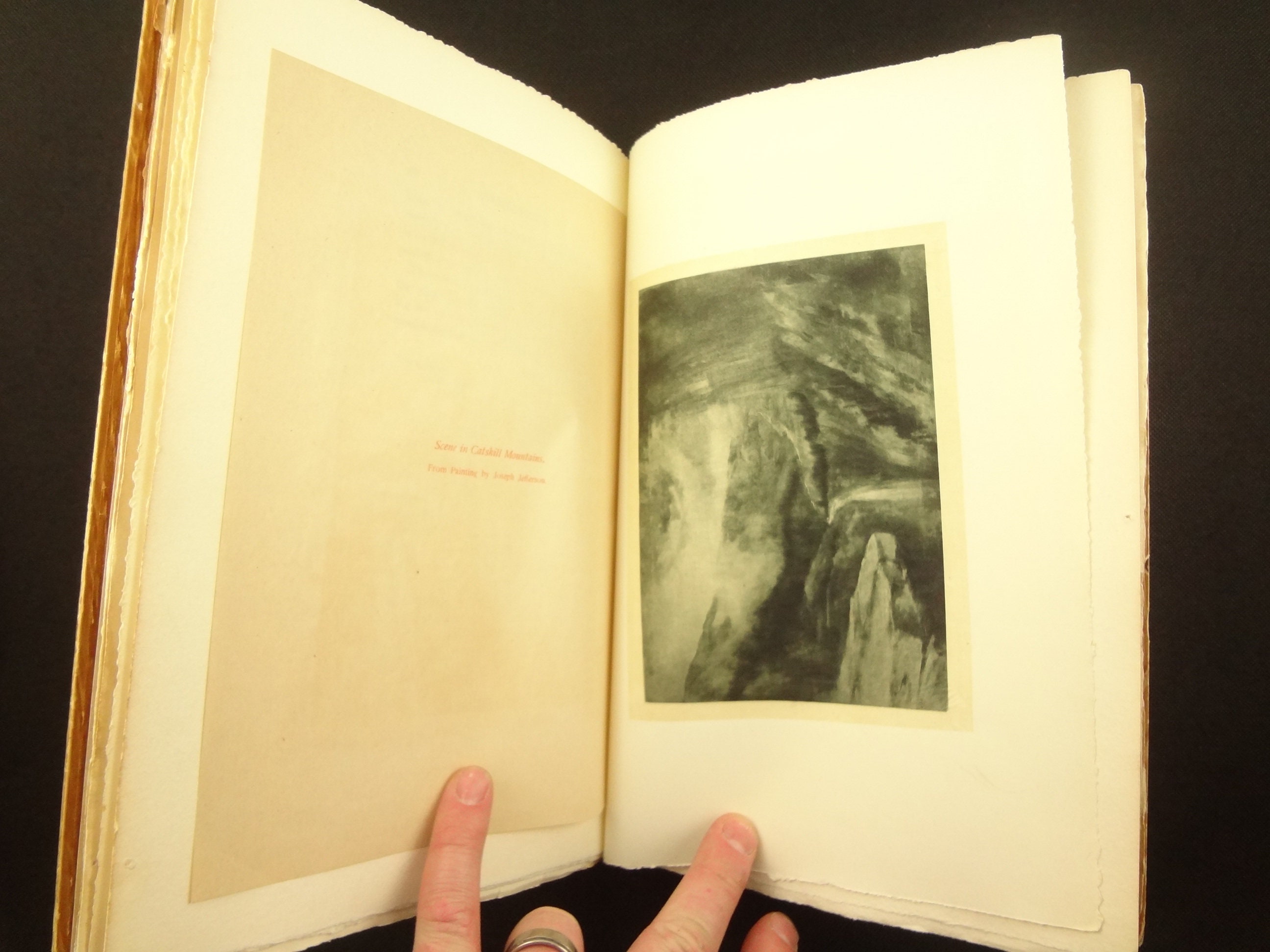 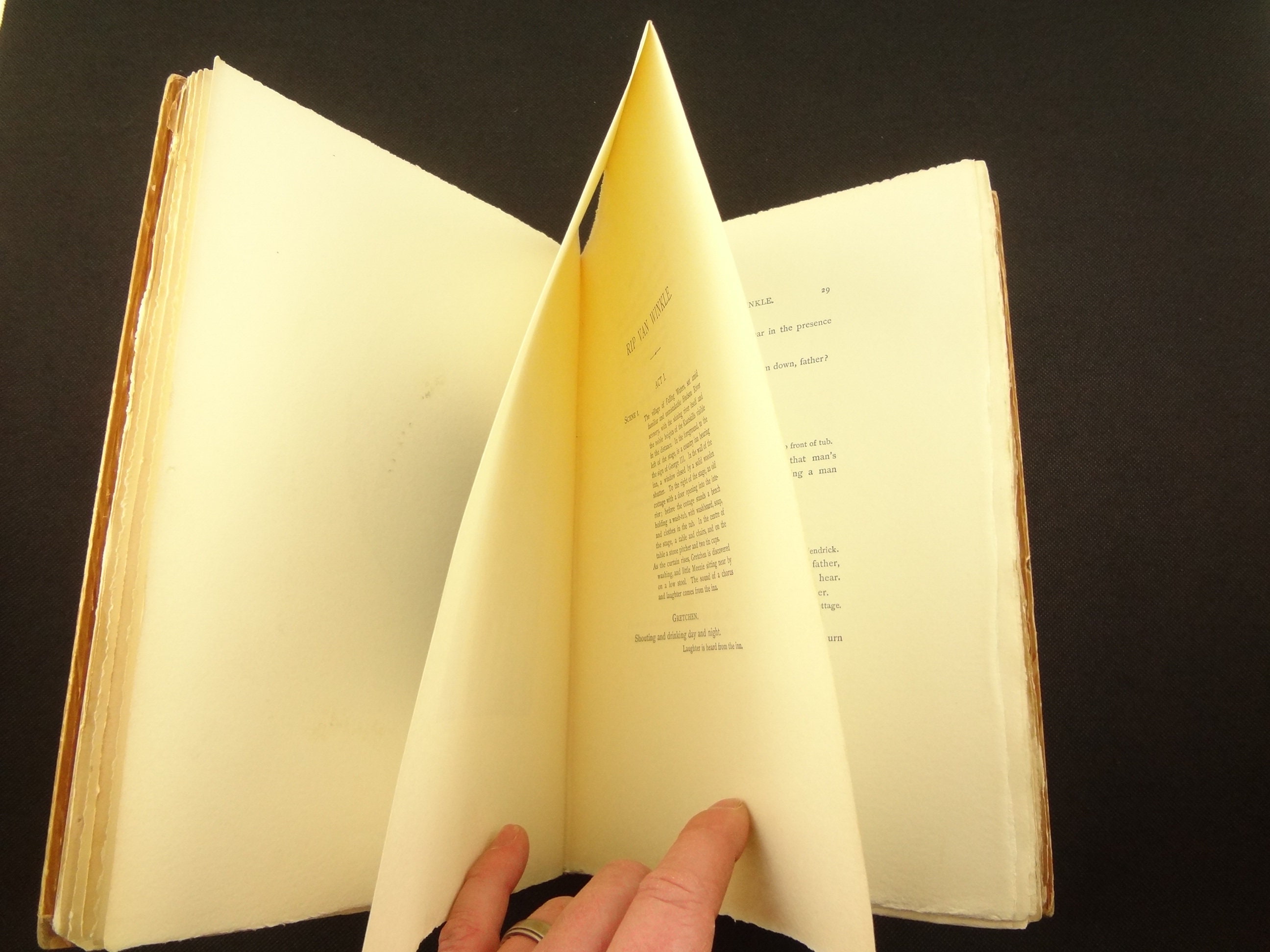 #44 of 100 copies, first edition, with a signed portrait of Joseph Jefferson and proof impressions of the illustrations.

I've priced this copy at the price I would let it go for. Historically, the price of this book is lower. But I searched for years before finding a copy and, with only one hundred produced in 1895, it may be years before another copy reaches the market. And I really enjoy the book. The binding is relatively well known, and I know that others also treasure this edition.

Joseph Jefferson adapted the Rip Van Winkle tale to stage, to awesome success. Opening in London, then moving it to the U.S. and performing it for forty years. This is the first printed edition (see title page) of Jefferson's adaption.

Sarah Chauncey Woolsey (a.k.a. Susan Coolidge) wrote of watching the play in her novel In The High Valley: "They straightway fell under the spell of a magician who has enchanted many thousands before them, and for the space of two hours forgot themselves, their hopes and fears and expectations, while they followed the fortunes of the idle, lovable, unpractical Rip, up the mountain to his sleep of years, and down again, white-haired and tottering, to find himself forgotten by his kin and a stranger in his own home. People about them were weeping on relays of pocket-handkerchiefs, hanging them up one by one as they became soaked, and beginning on others."

Strange people living in the 19th century American woodlands wasn't far-fetched; the skills existed to isolate. One can look at the Foxfire works of the 1970s, documenting the skills of the Southern Appalachian peoples, to see that backwoods communities could be self-sufficient without outside contact. I love that Irving, and Jefferson, built on this American woodland landscape to create an American fairy-like tale that captured the spirit of those 19th century backwoods. The magic seems uniquely suited to the time and place; rather than pixies with fairy dust, as reward for kindness we find dwarves giving special moonshine which helps one avoid the hard work of youth.

There is an early video clip of Jefferson playing Rip viewable at the Wikipedia article titled "Rip Van Winkle (1903 film)".

See pictures. Edge and shelf wear with chipping around edges of boards and corners worn. Front and rear joint cracked, inner hinge of the front board looks repaired. Chipping to edges of flyleaf. Stress lines on spine. Chipping at top of spine. Foxing on rear of flyleaf. Thumbing from front endpaper to the title page. Toning to frame around signed portrait. Due to unique binding, some space between signatures (group of folded papers) at the gutters. No tissue and a yellow spot at the gutter at the Act 1 portrait. Occasional tissue missing. Many unopened top-edges. Other edges rough cut., and some deckled edges (not trimmed when bound). Rear endpaper, the recto of the flyleaf, heavily toned on rear, with foxing. Hinges are tight; I would not open this book to flat.