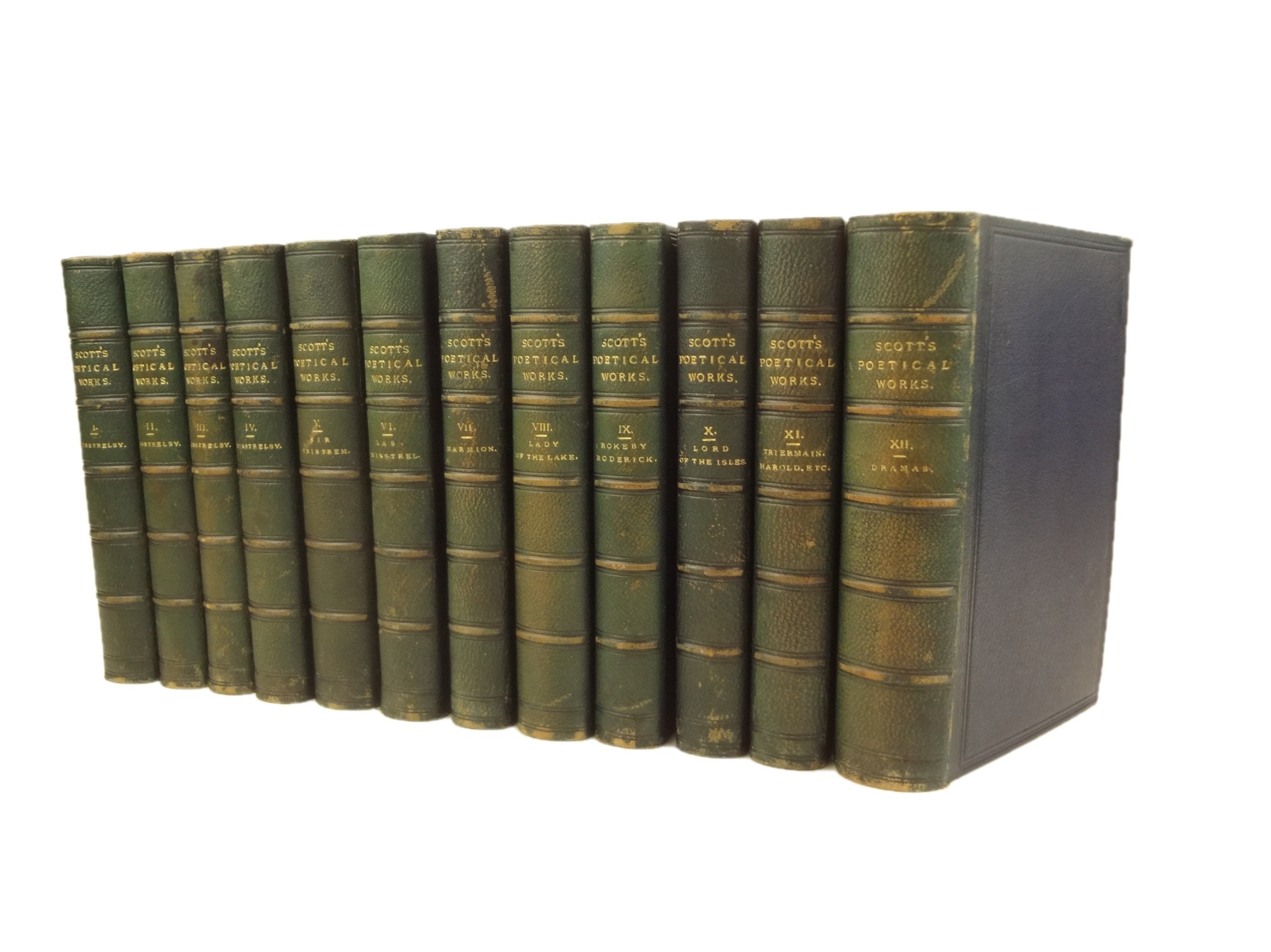 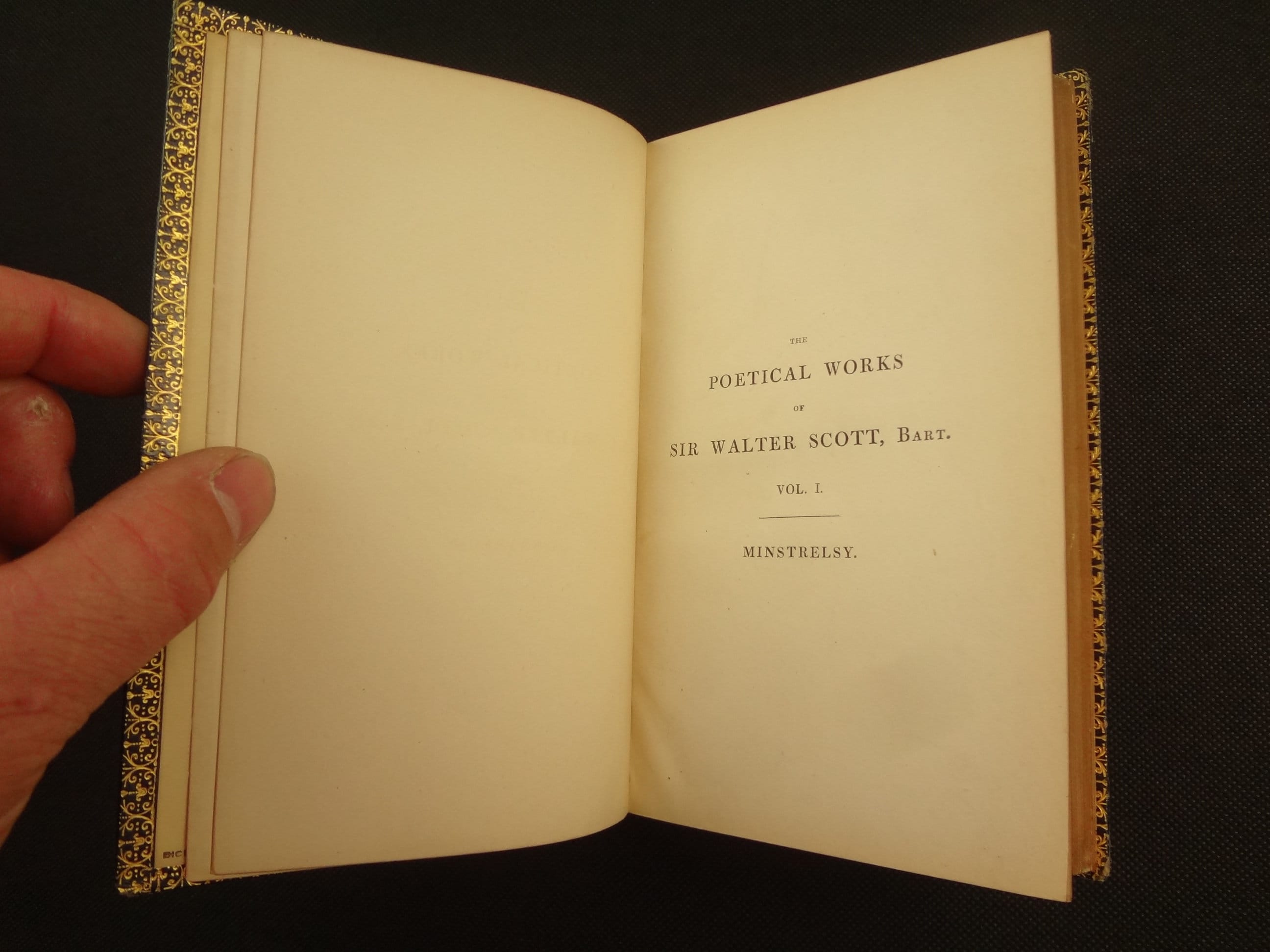 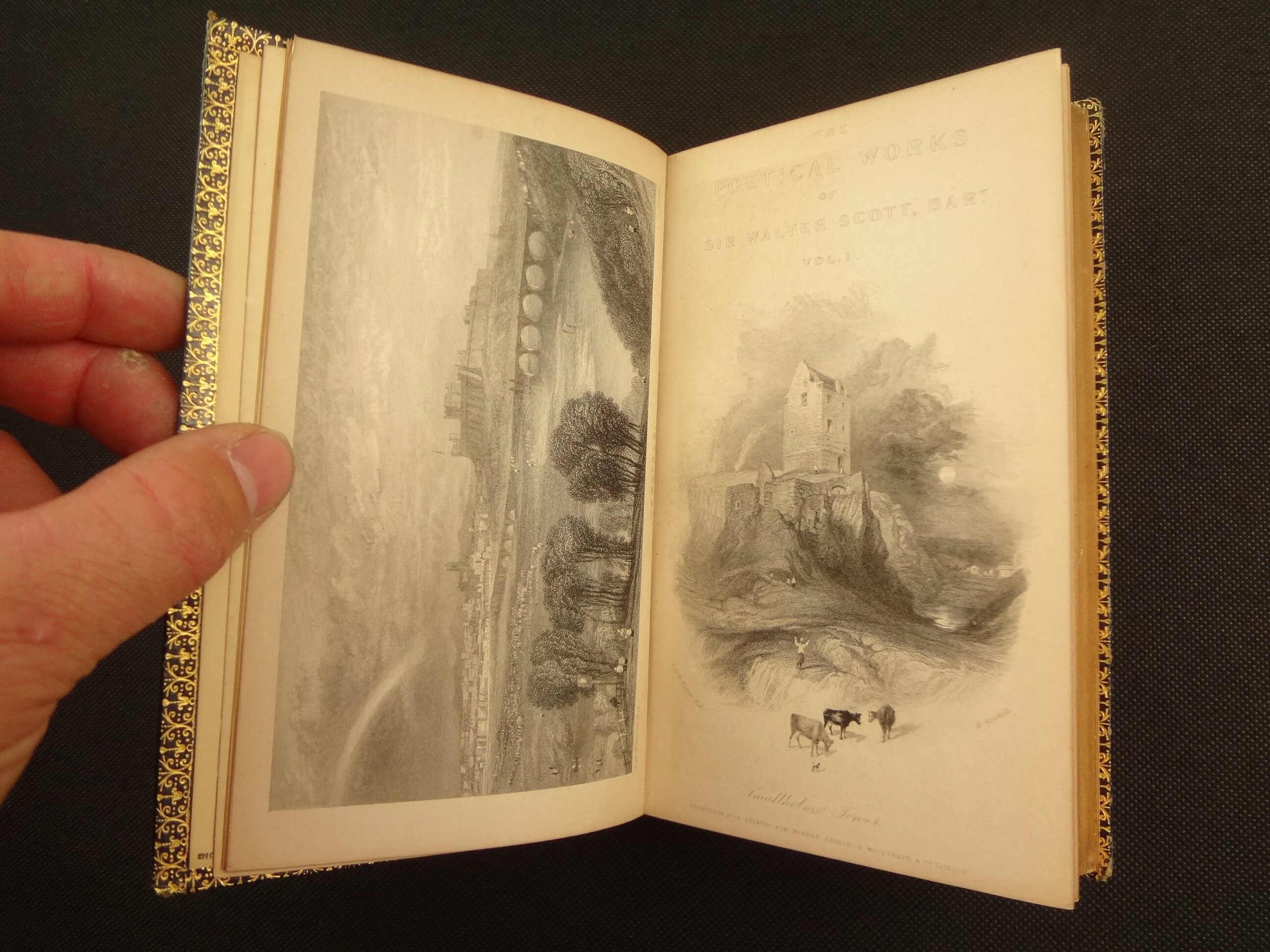 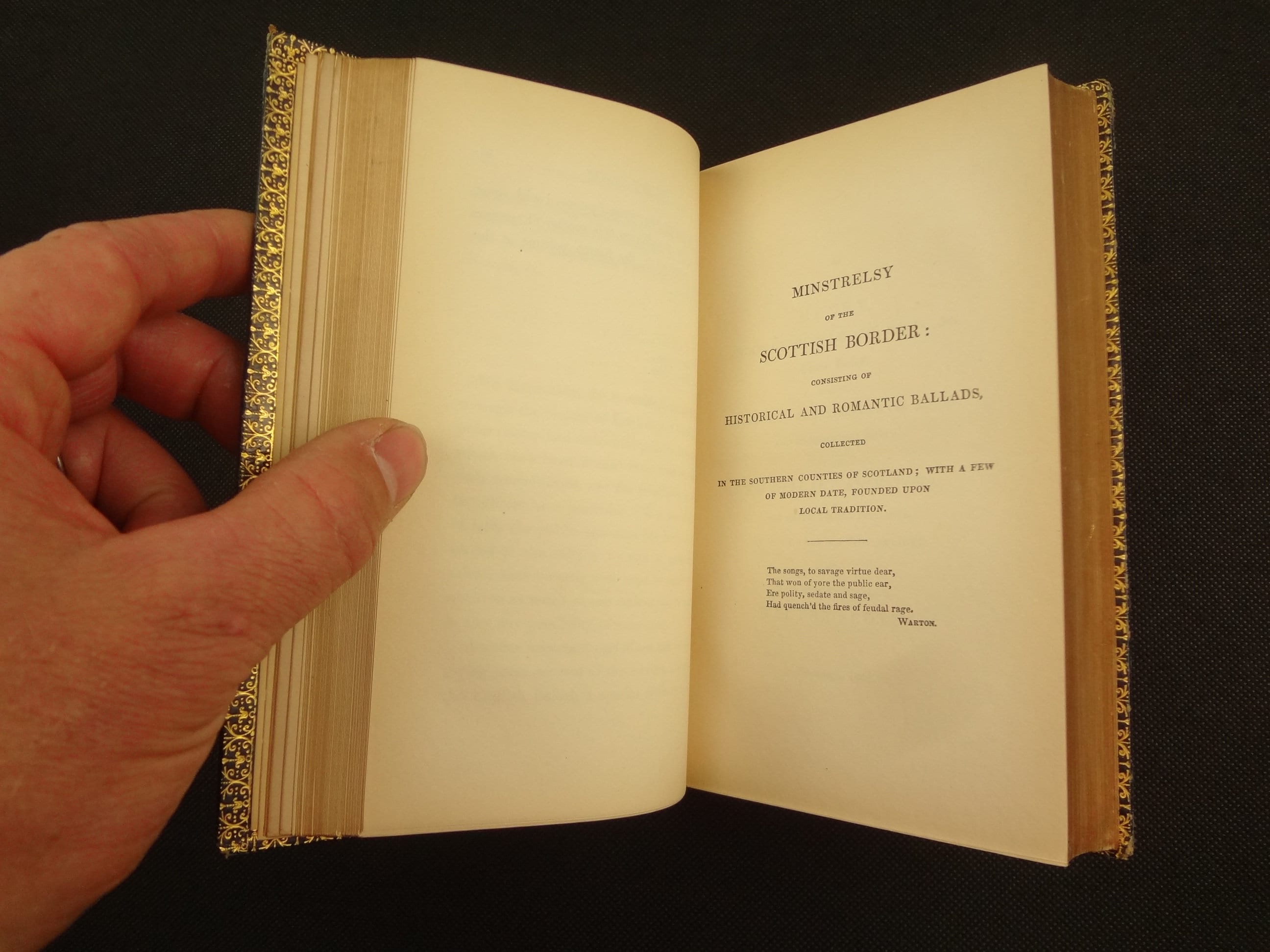 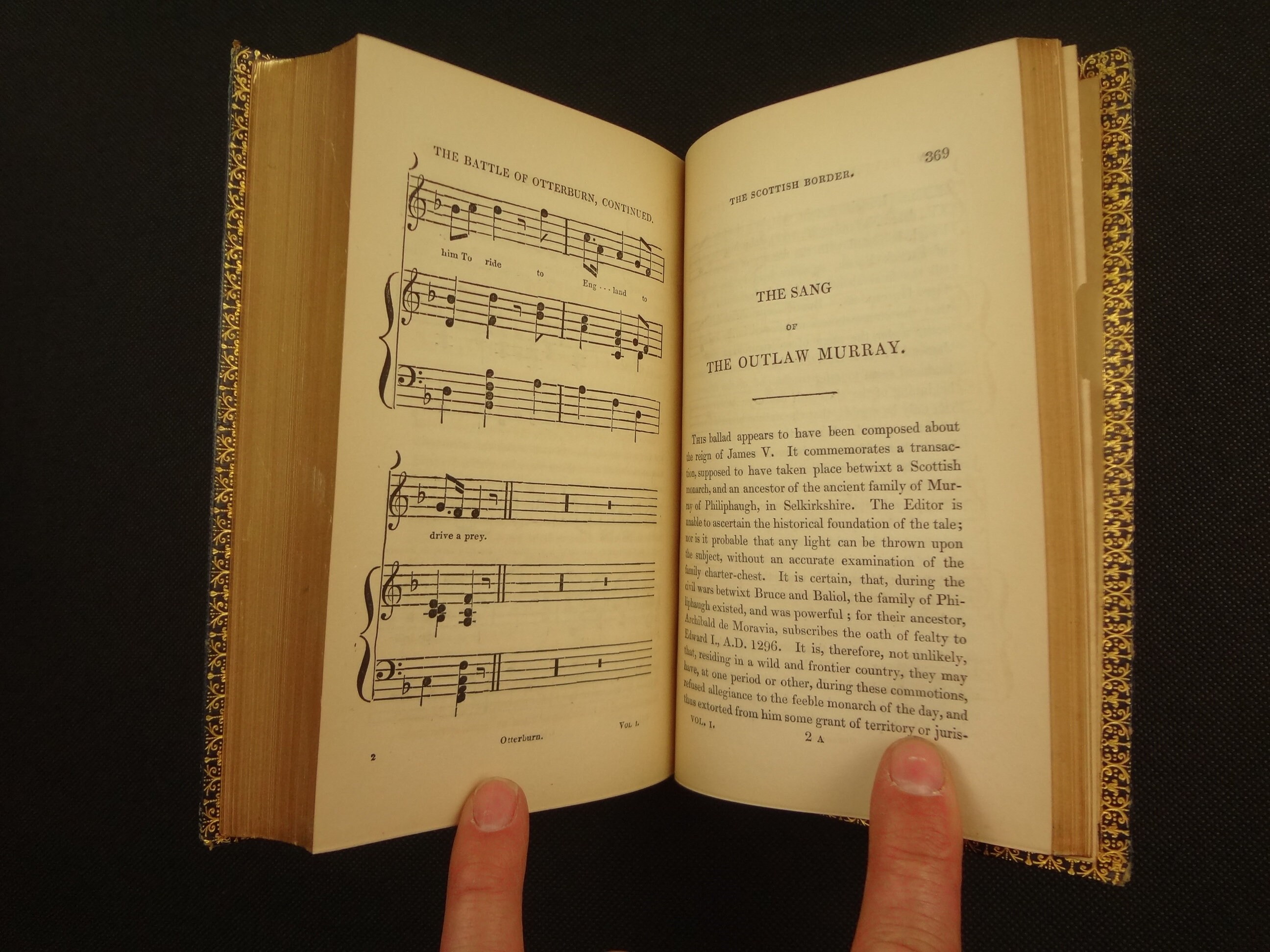 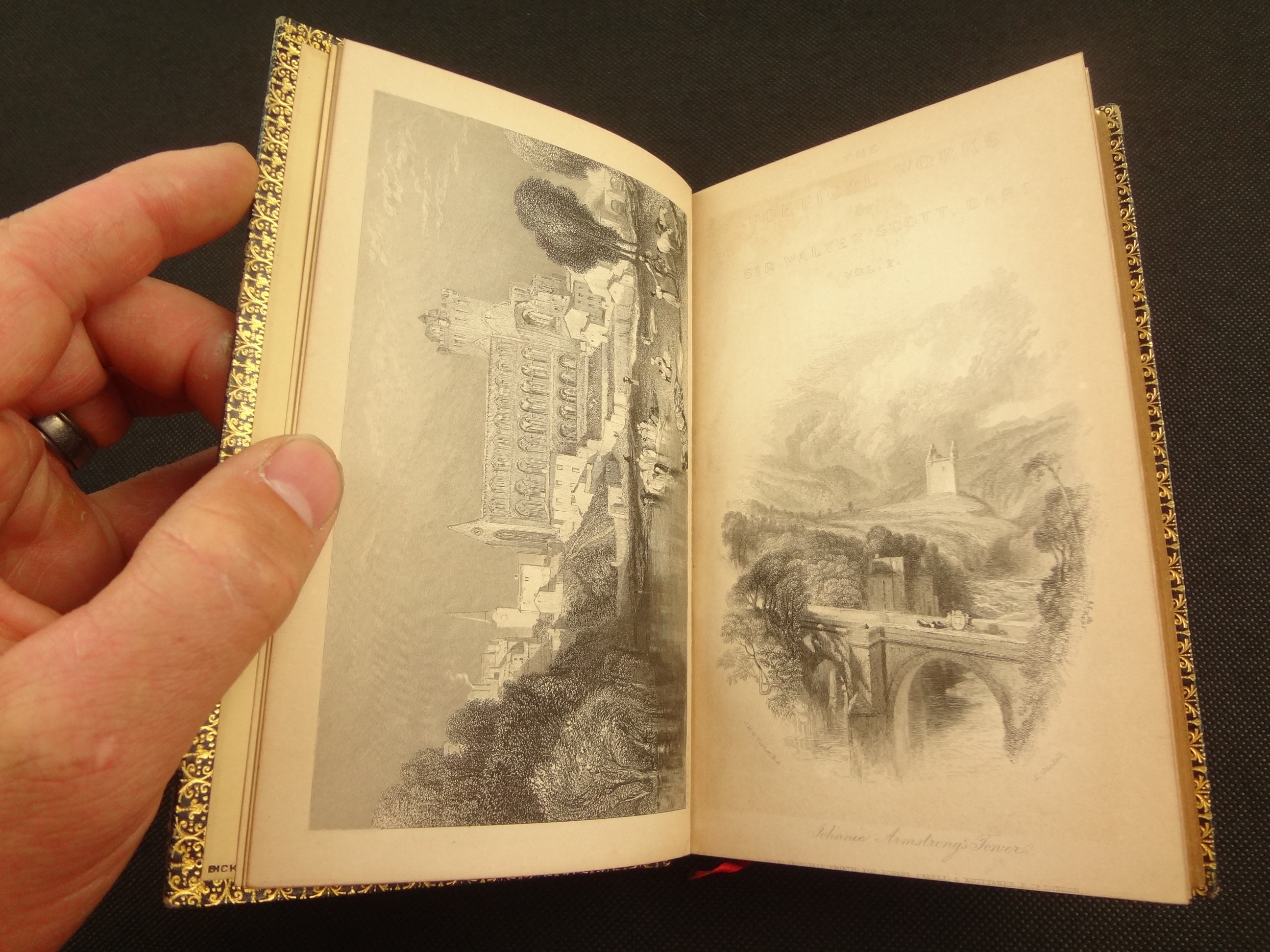 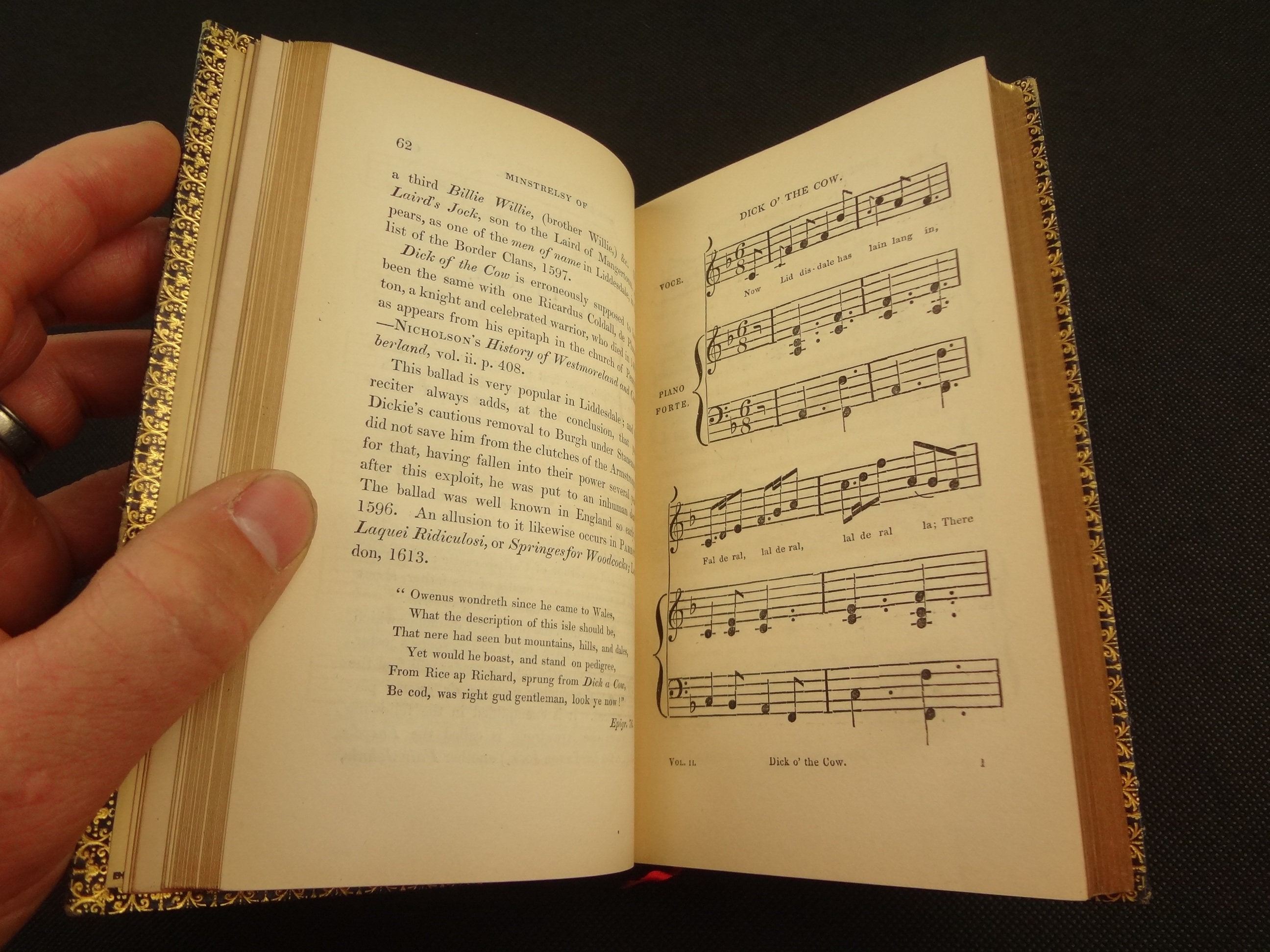 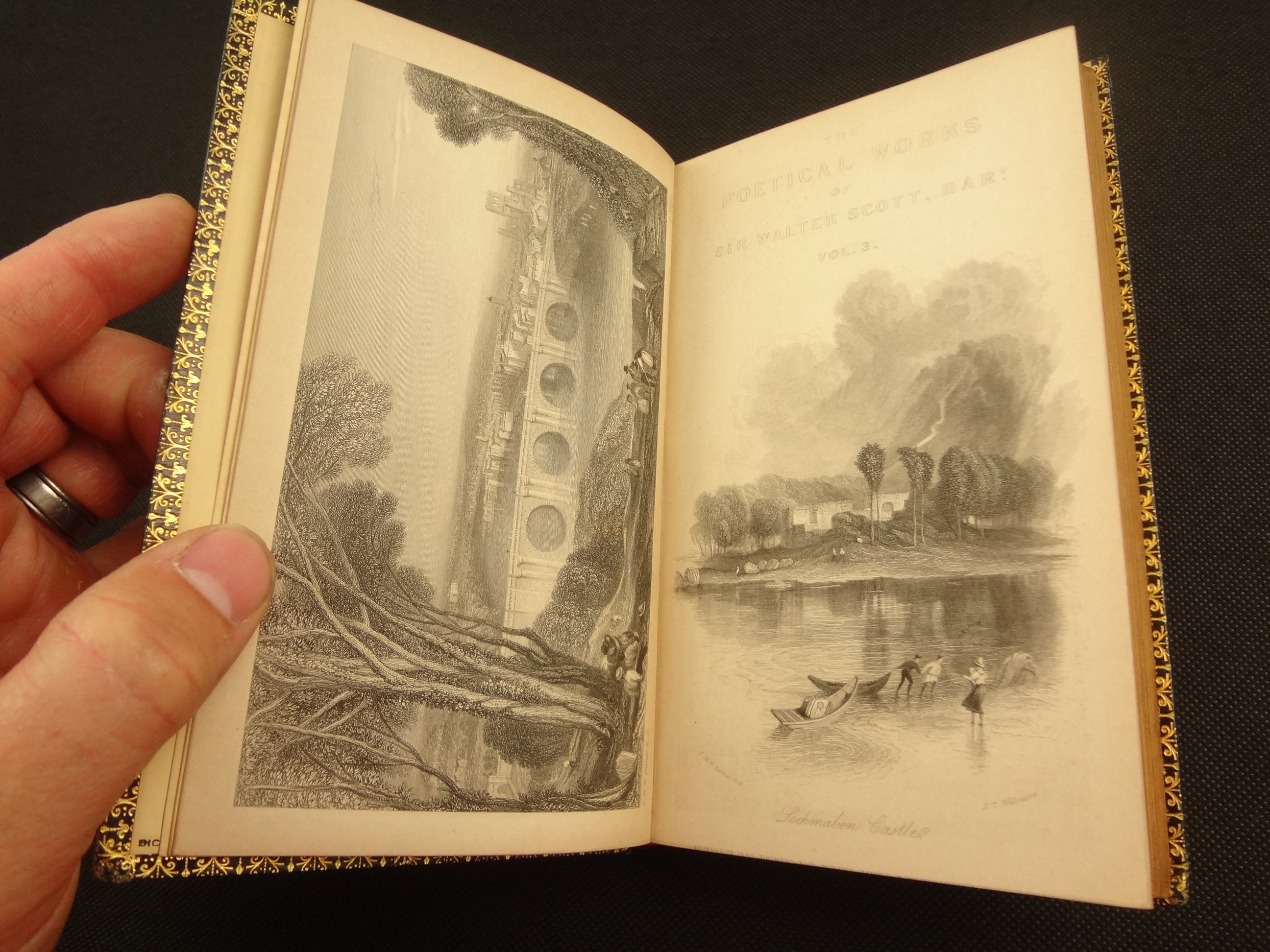 A handsome, complete, set of Sir Walter Scott's Poetical Works, with frontis and title page illustrations after J.M.W. Turner art. Printed in Edinburgh between 1833 and 1834 at the printing house of Robert Cadell. In this set you'll find such classics as The Lady of the Lake, Sir Tristrem, Rokeby, Mistrelsy, etc.. Bound modestly, but with the quality they're known for, by the Bickers & Son bindery in London.

In 1796, Scott's friend James Ballantyne founded a printing press in Kelso, in the Scottish Borders. Through Ballantyne, Scott was able to publish his first work, including "Glenfinlas" and "The Eve of St. John", and his poetry then began to bring him to public attention. In 1805, The Lay of the Last Minstrel captured wide public imagination, and his career as a writer was established in spectacular fashion.

The way was long, the wind was cold,

The Minstrel was infirm and old

— The Lay of the Last Minstrel (first lines)

He published many other poems over the next ten years, including the popular The Lady of the Lake, printed in 1810 and set in the Trossachs. Portions of the German translation of this work were set to music by Franz Schubert. One of these songs, "Ellens dritter Gesang", is popularly labelled as "Schubert's Ave Maria".

Oh! what a tangled web we weave


When first we practise to deceive!

See pictures. Some edge wear to bindings, with an rubbing on spine bands. Spines are sunned a little lighter. A few lower board corner bumps. Silk ribbons present, but their connection to top endband expired. A little dust along top edge. Turn-ins have ghosted flyleaves.

A little toning and ghosting to frontis title page combos (no tissue). The bottom edge of the title pages was trimmed tight in some volumes (by binder). Price written on flyleaf v.1 in graphite. Fore-edge chip to rear flyleaf, v.1. Crease at bottom corner of last 3rd of v.3 from corner bump, no text affected. Inserted facsimile of ancient Sir Tristam manuscript leaf has moisture mark at top edge v.5. 1 cm. tear and small crease at top edge of 218-242 in v.7.Rear flyleaf dog-eared v.8. Frontis/title pages of xi have fox spots. Fore-edge near end of xii lightly bumped (circa 20 leaves). Mostly very clean inside. No ex libris or notes. The bindings feel tightish. I doubt they were ever read.