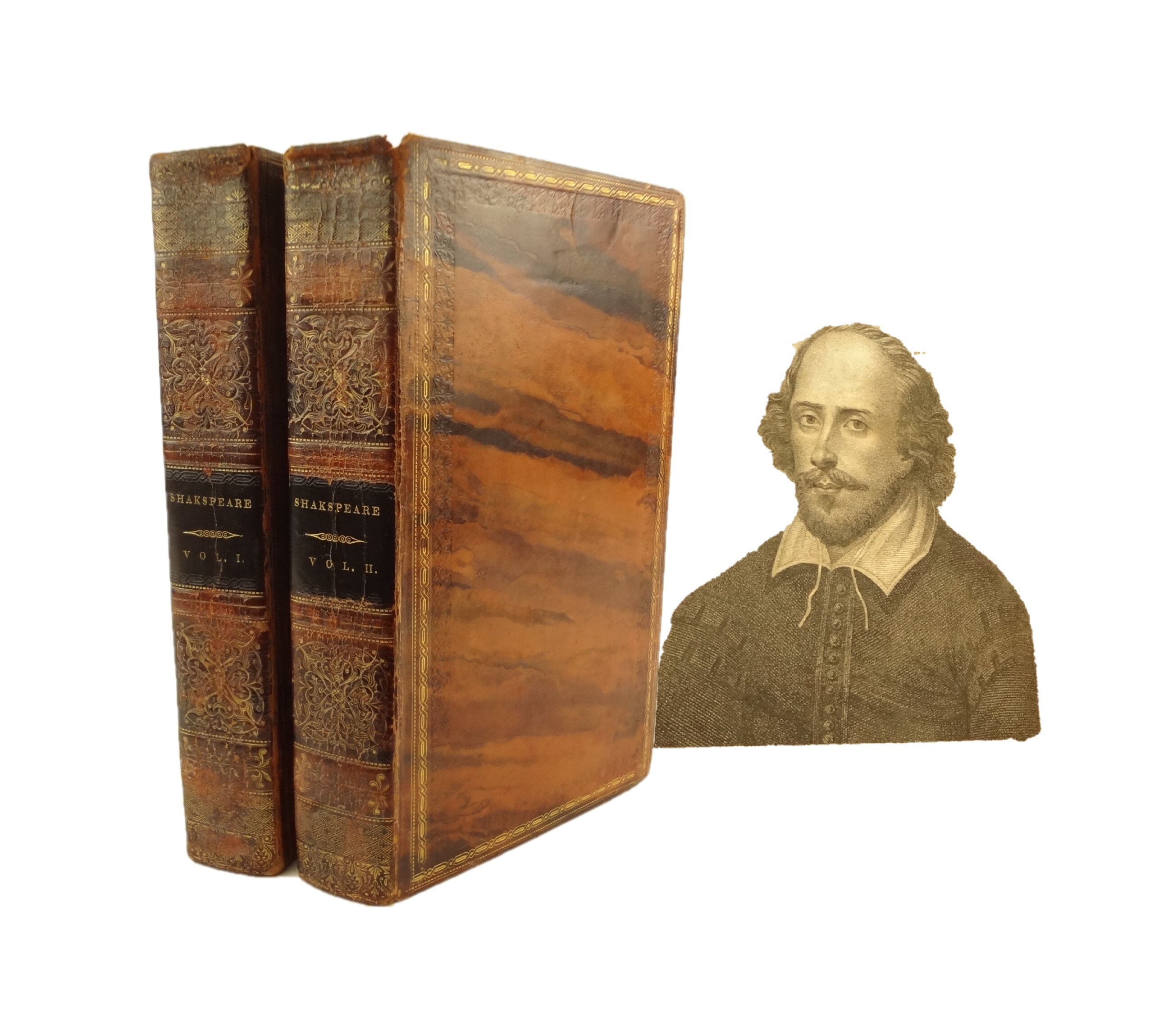 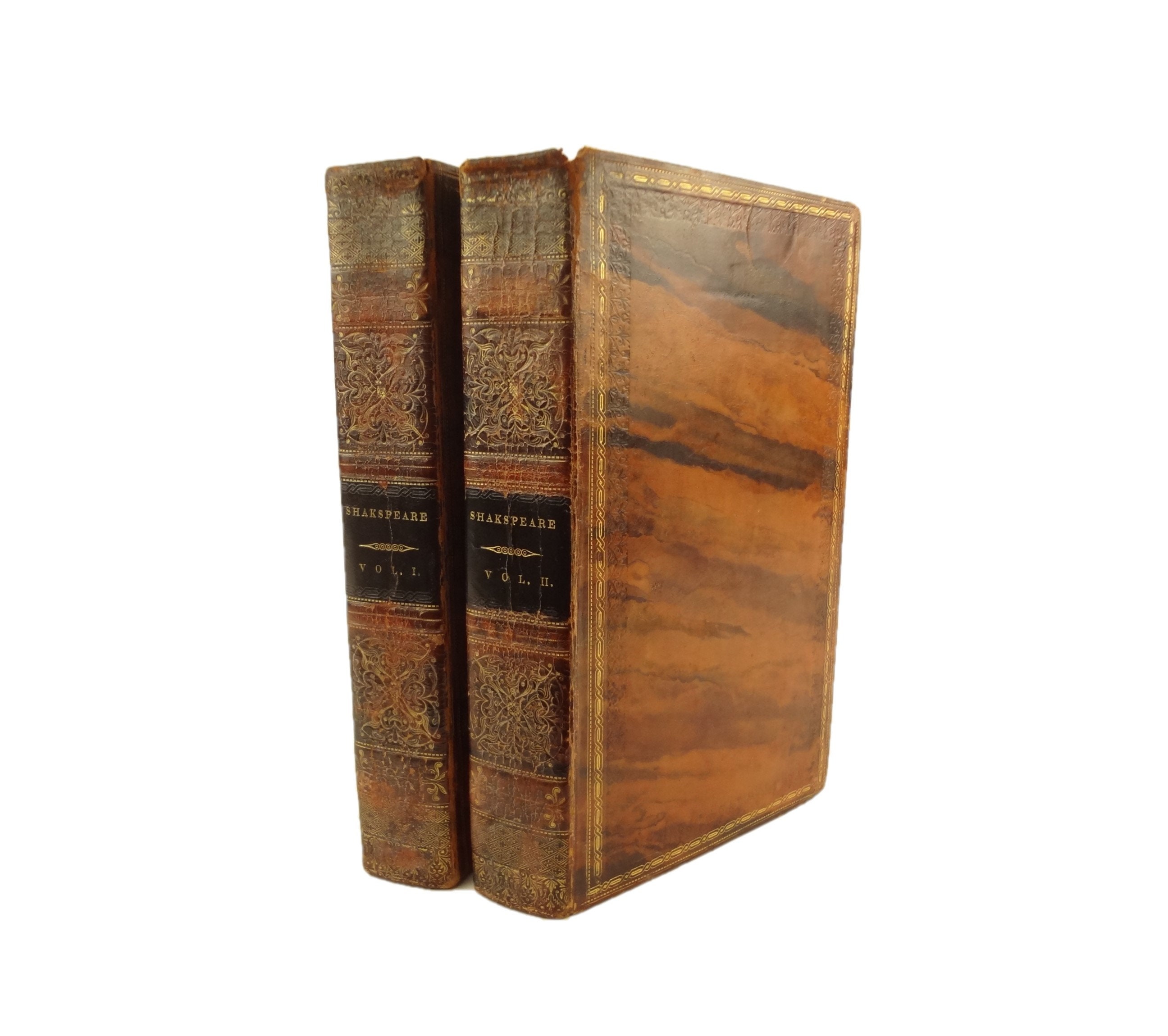 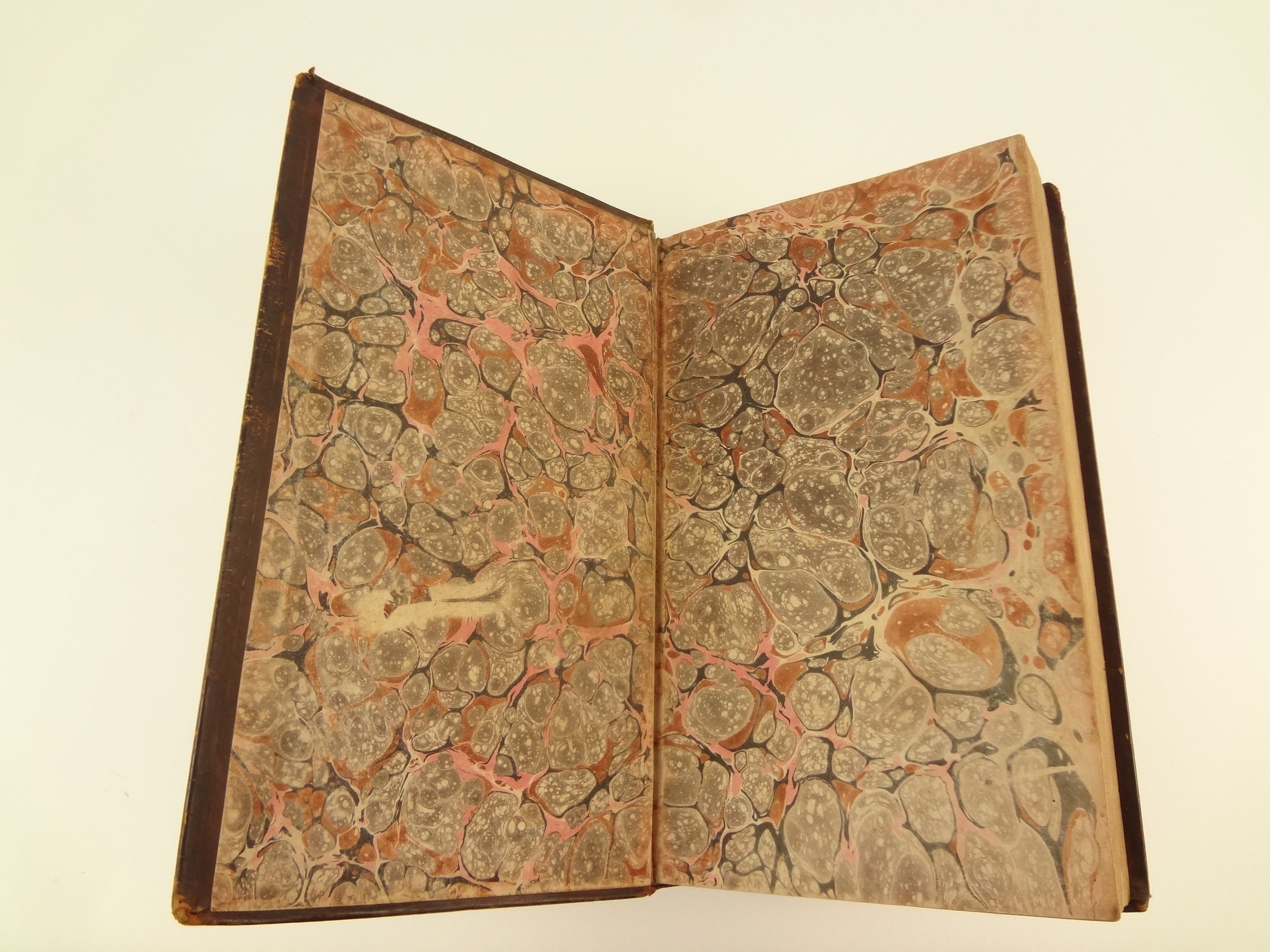 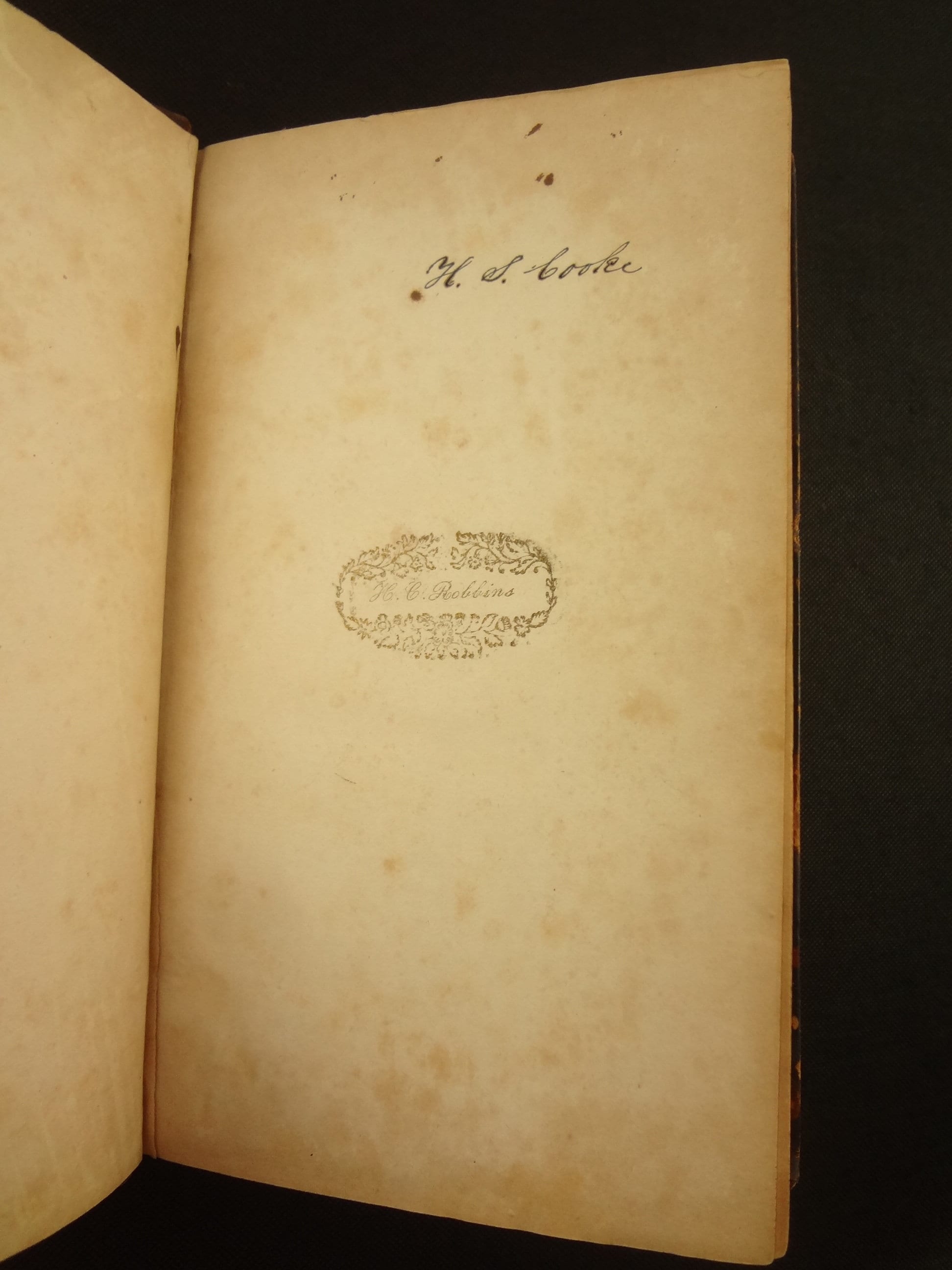 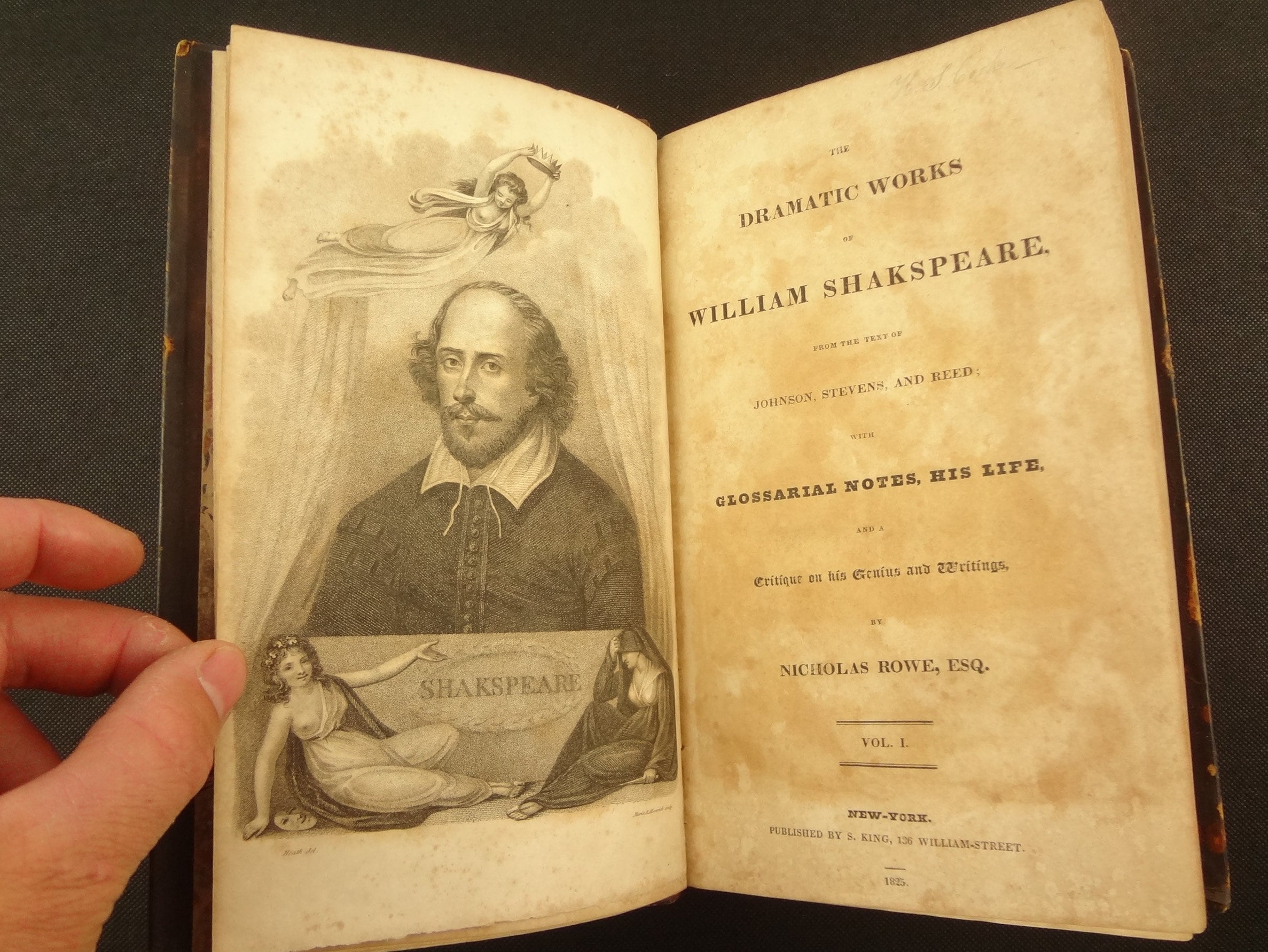 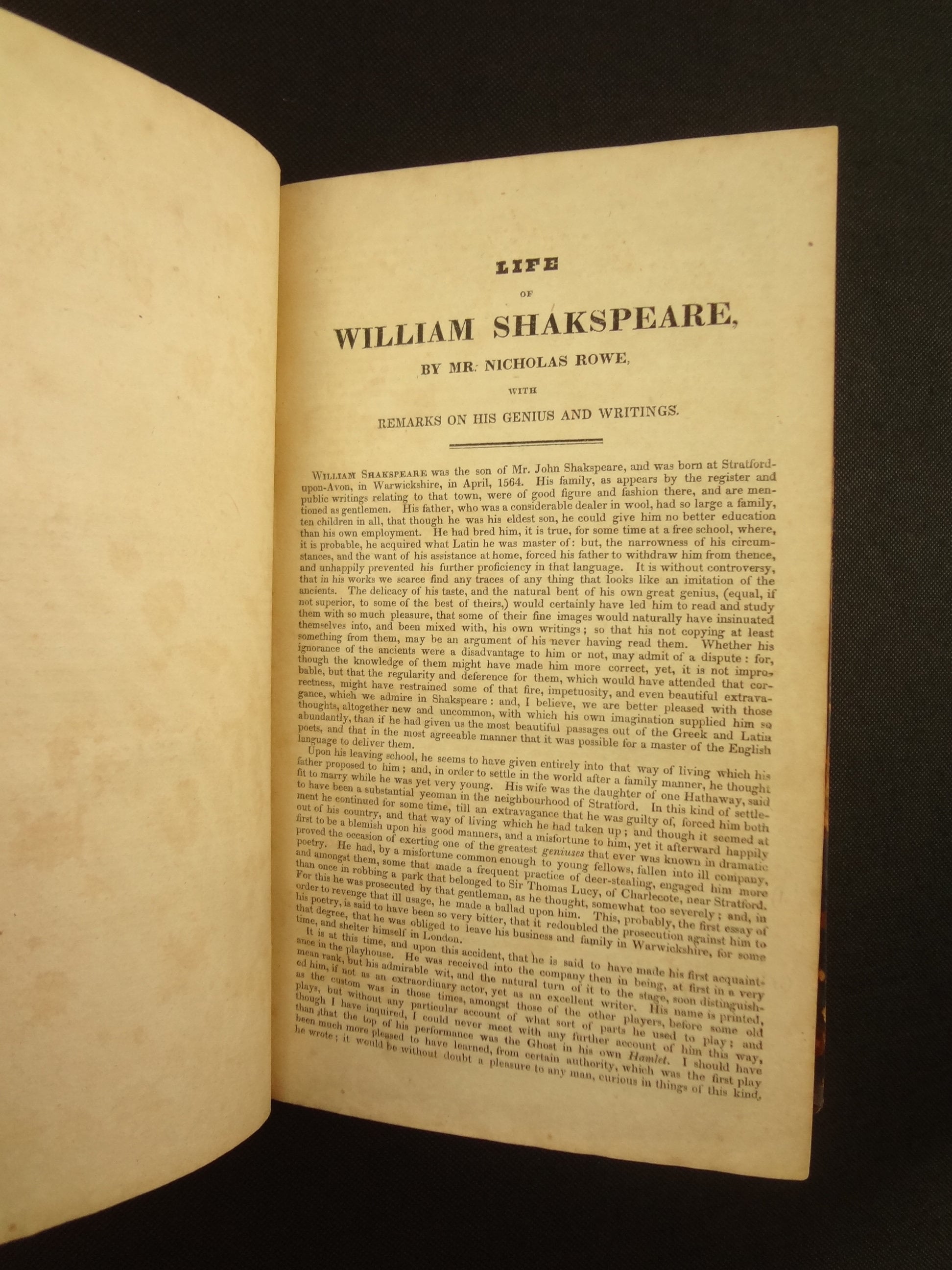 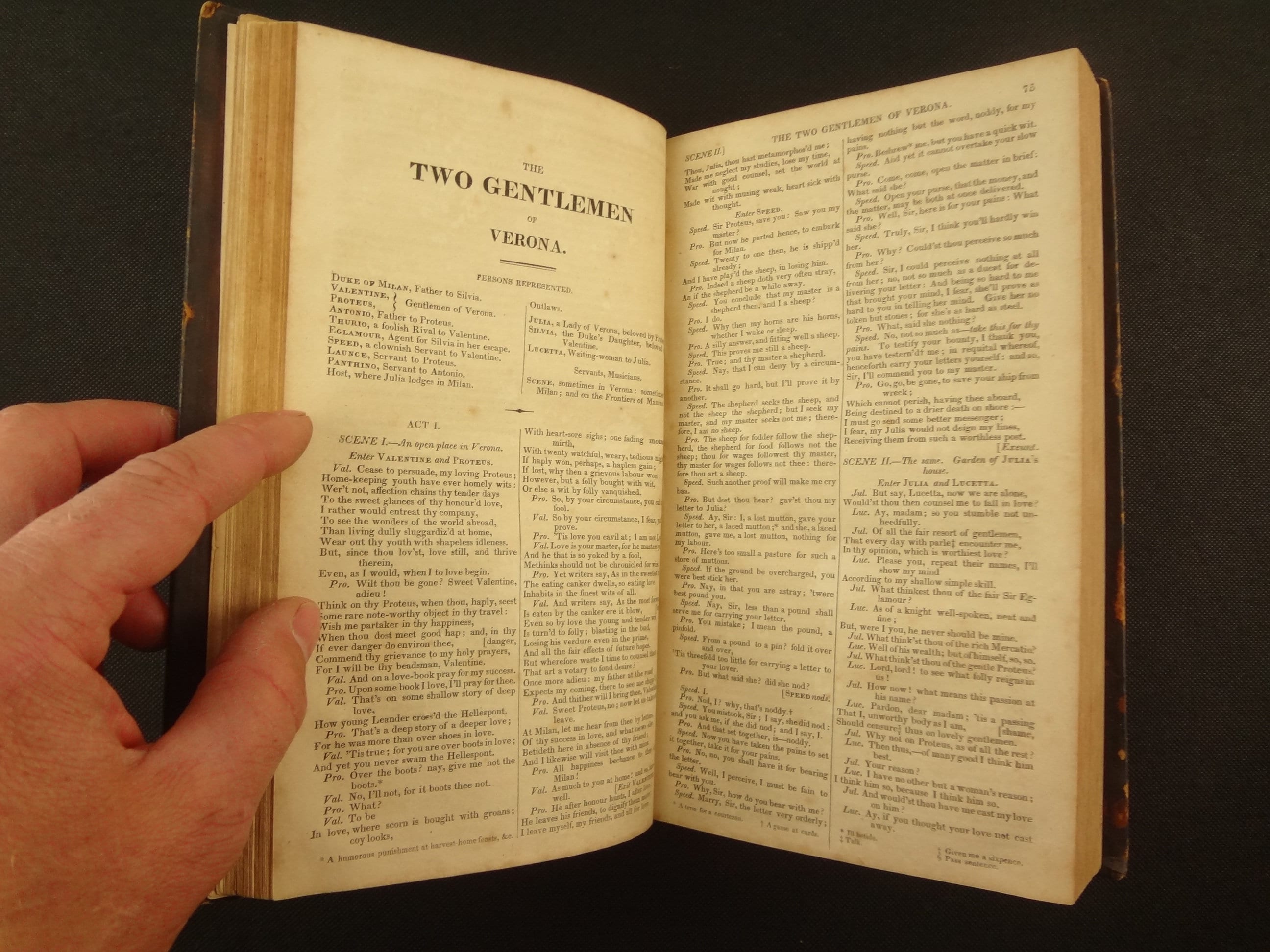 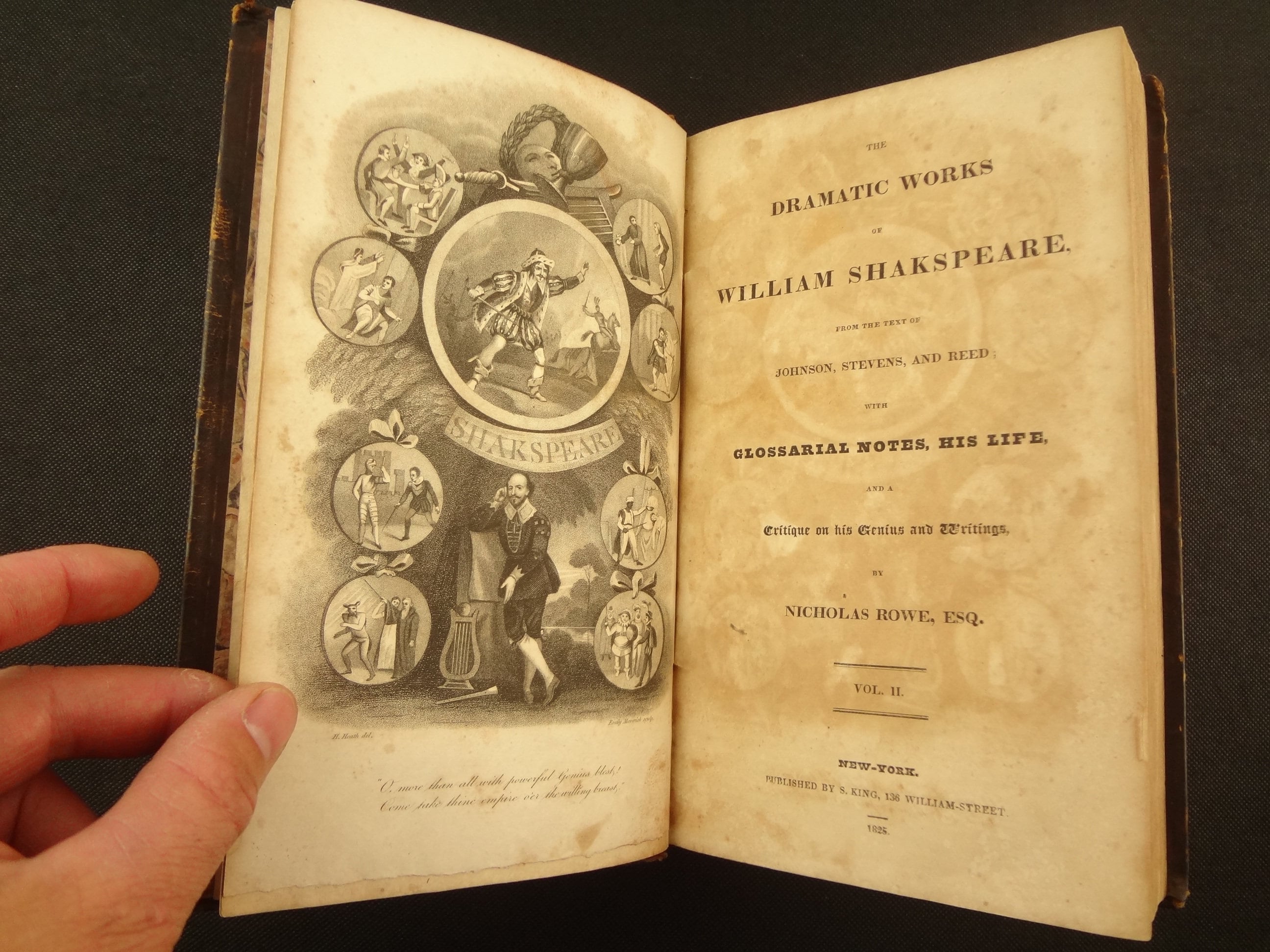 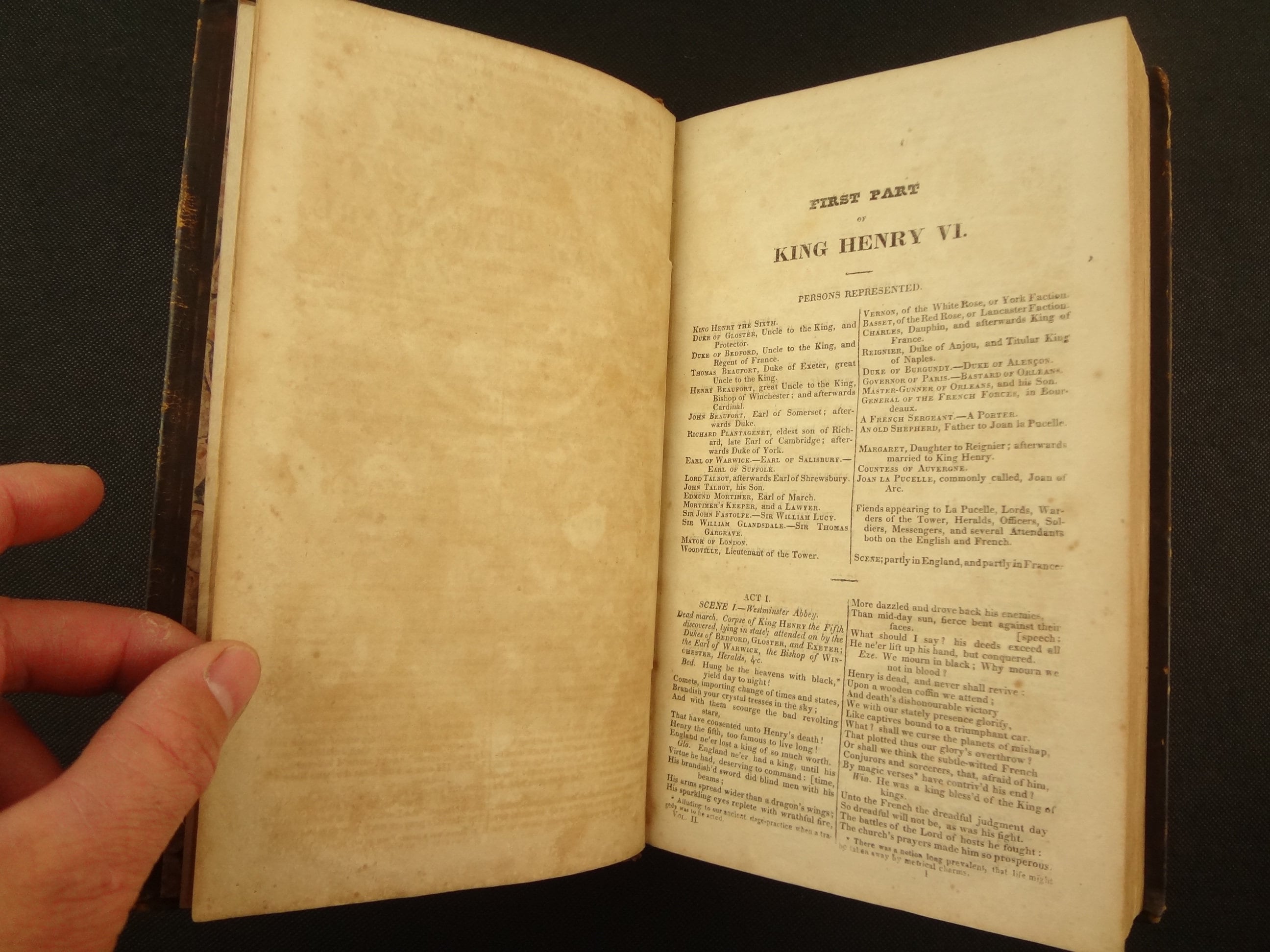 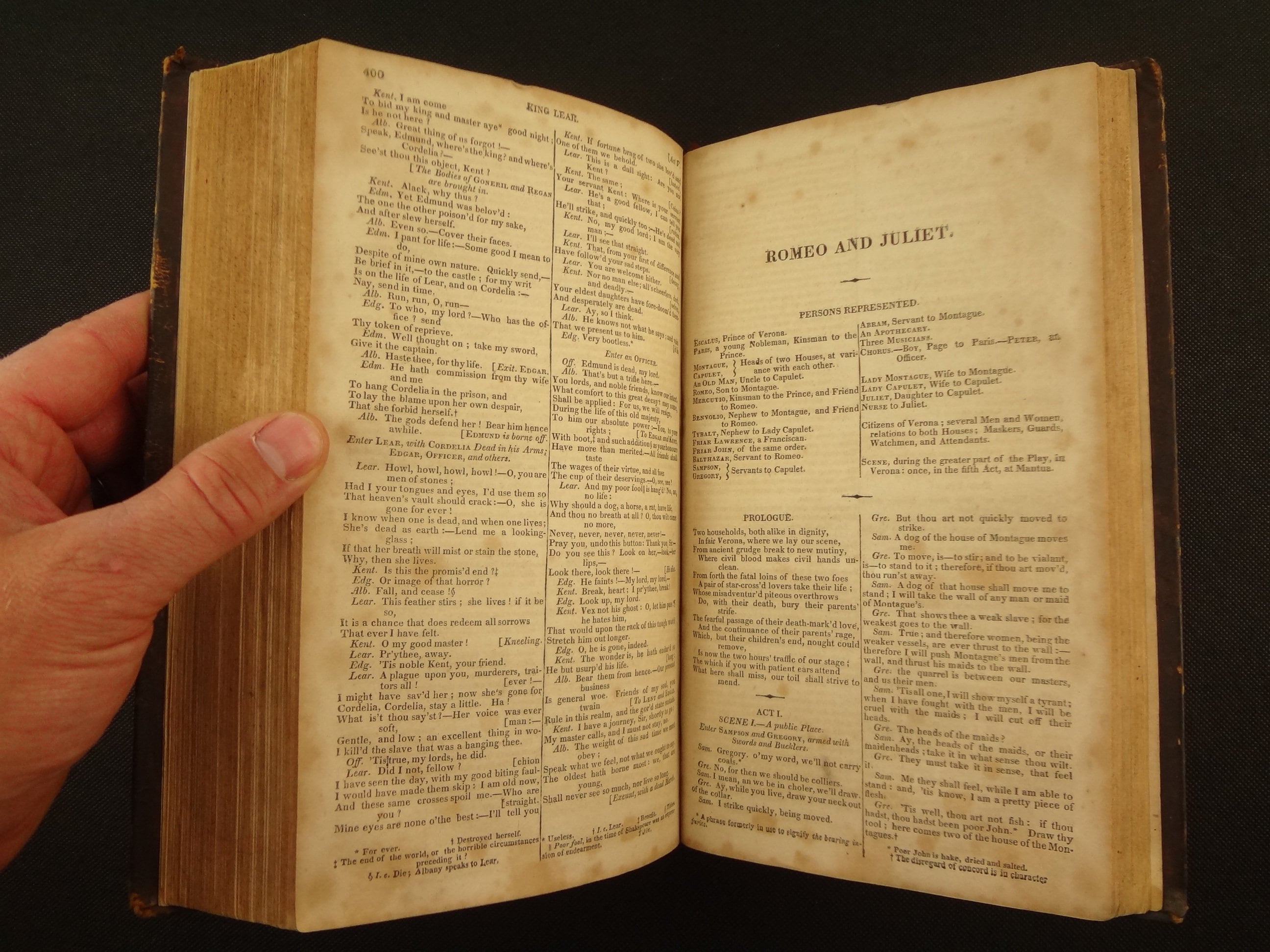 An early American edition, in two volumes, of the Dramatic Works of William Shakspeare, printed by S. King in New York in 1825. Bound very handsomely.

This edition matches the two volumes printed in Philadelphia (1825) by Carey and Lea, but without Ellis' engravings. These two each have a frontis illustration.

See pictures. Vintage patina with edge wear and shelf rubbing. Crack starts at the joints. Sunning and craquelure to spines. Two ex libris marks on first unpaginated blank page. Foxed and toned throughout. Heavy smell of old book, but I don't see any fuzzy mold so... I'm not sure why. Repeat of ex libris signature at top of title page, no text affected. Occasional page edge chip, dog ear, etc..Last 20 leaves of volume two, moisture mark at very bottom corner, no text affected. Repeat of one ex libris mark in blank page of volume two. Some notes, in pencil, in Othello, at rear of volume two. A little chipping at v.2 spine head. Handsome books, entirely readable, but the text blocks are not in the best condition. This could be due to the quality of paper available to the U.S. printers in 1825, as many books I find from this period are similar.