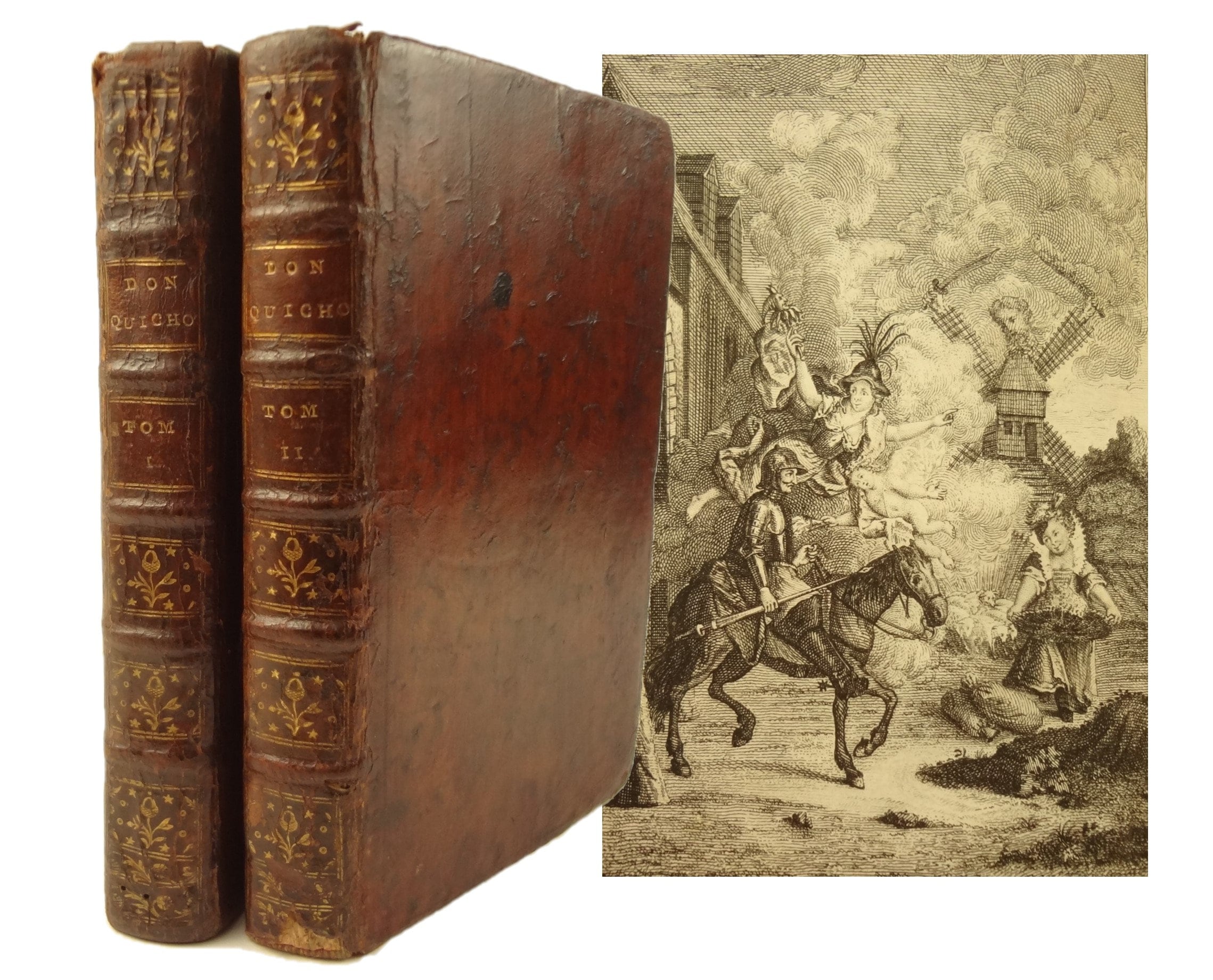 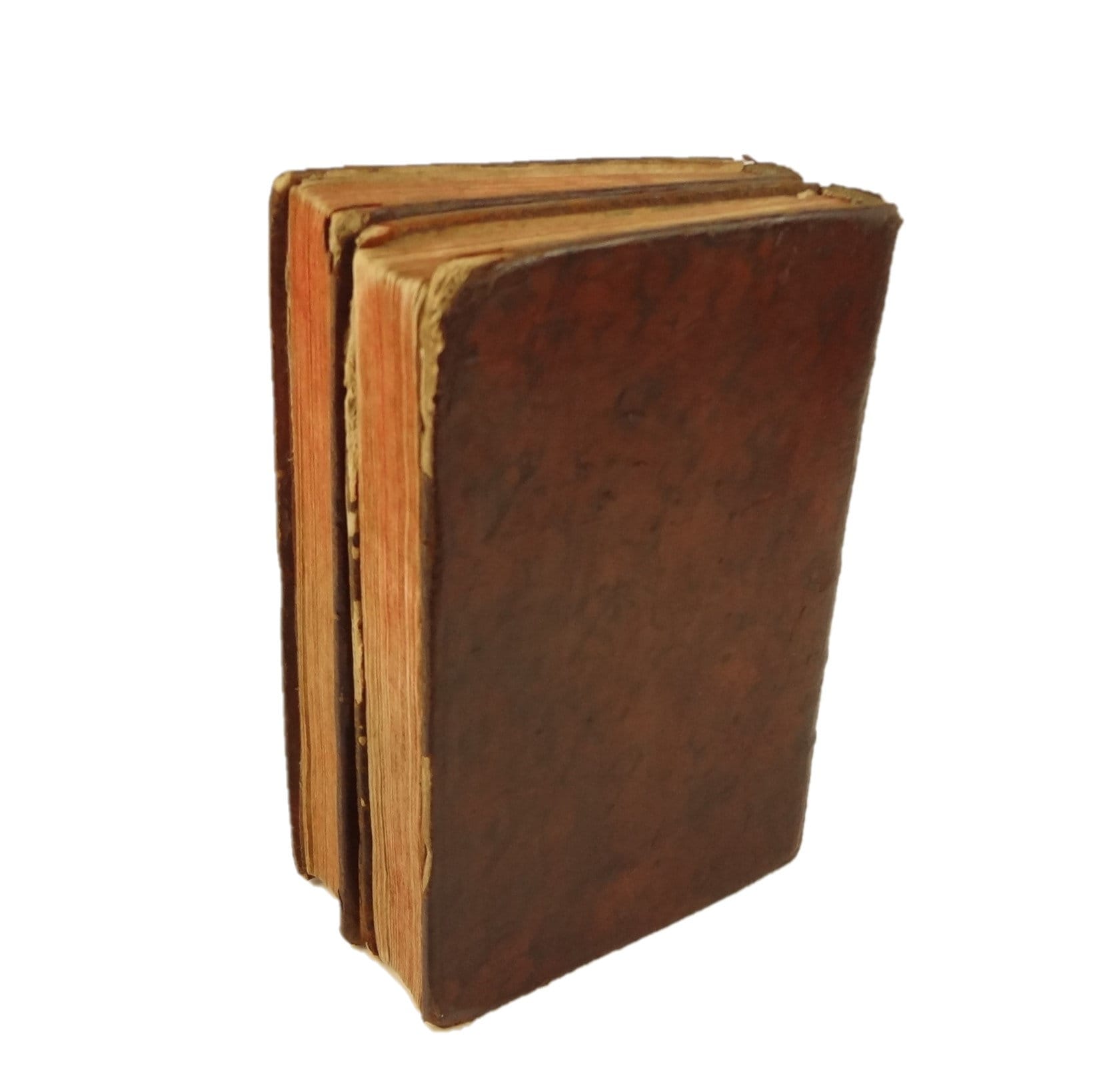 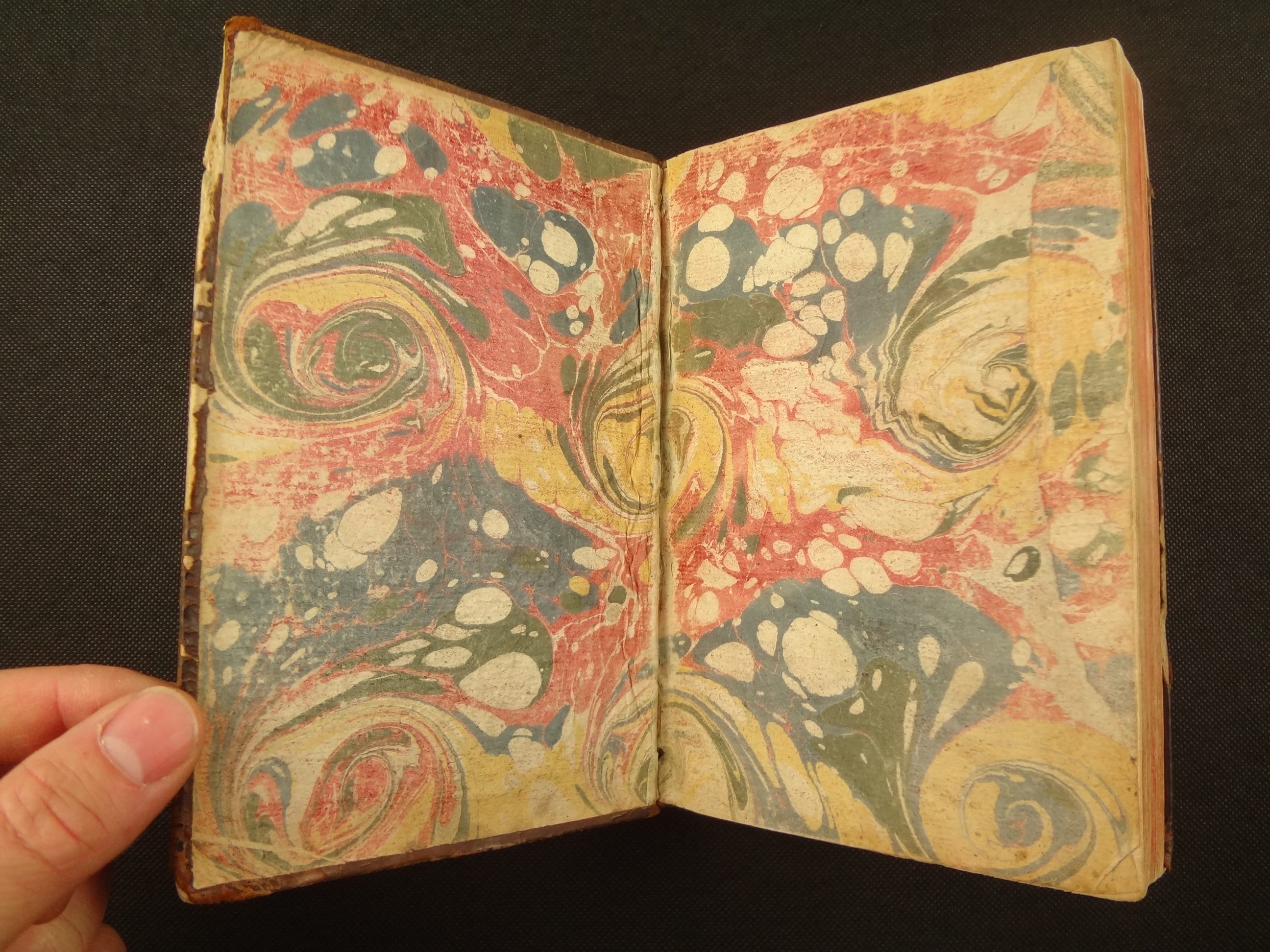 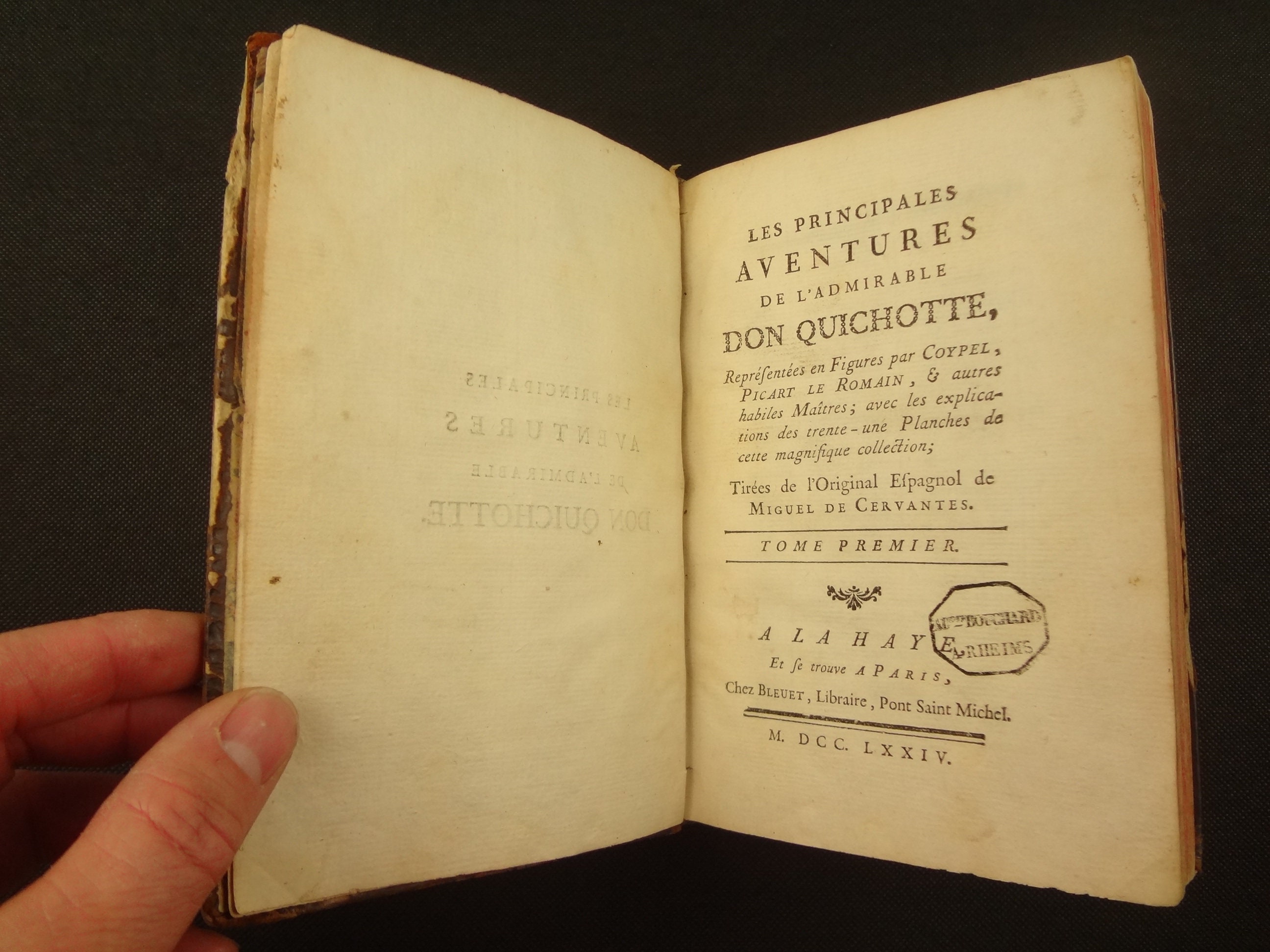 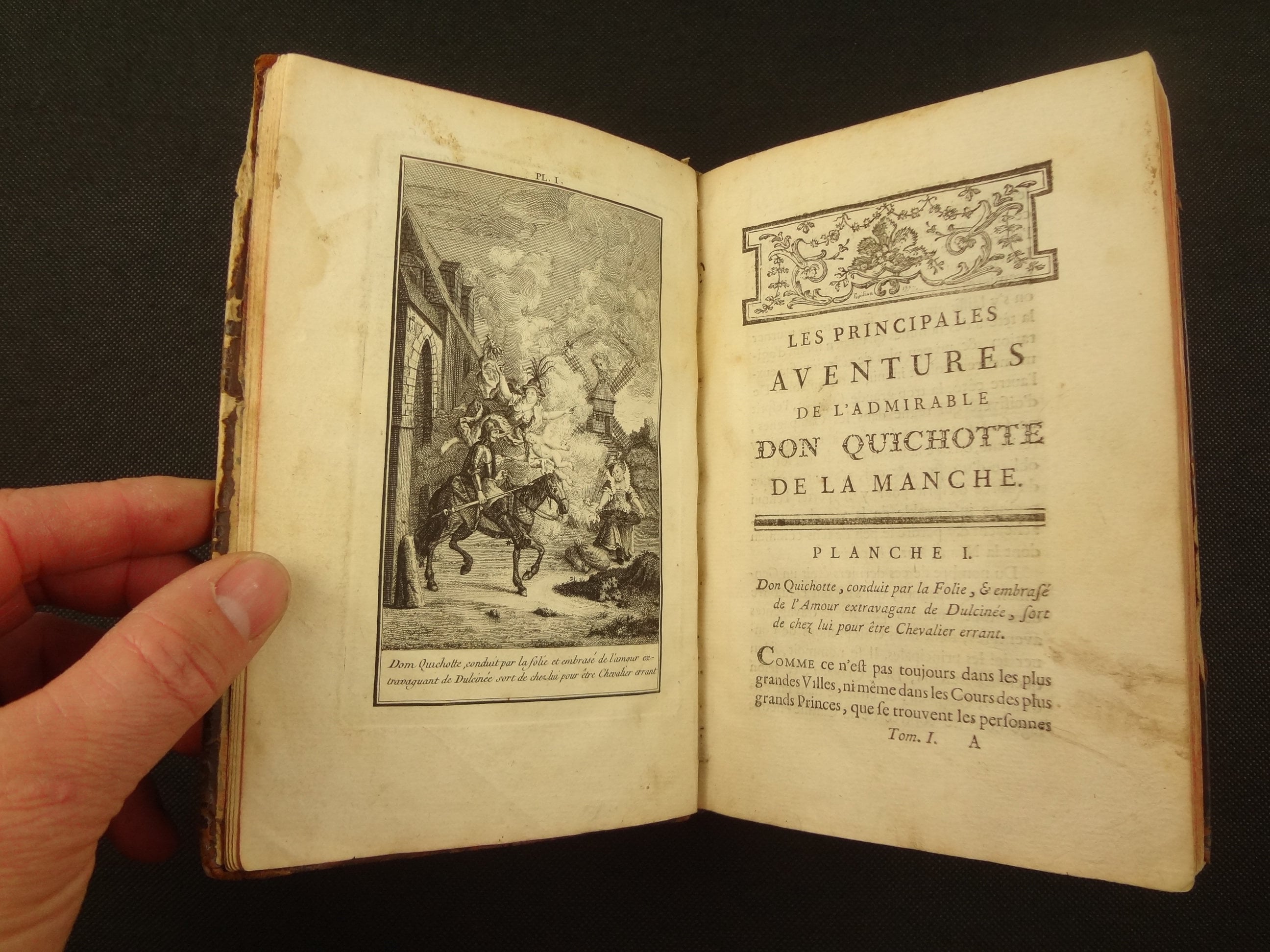 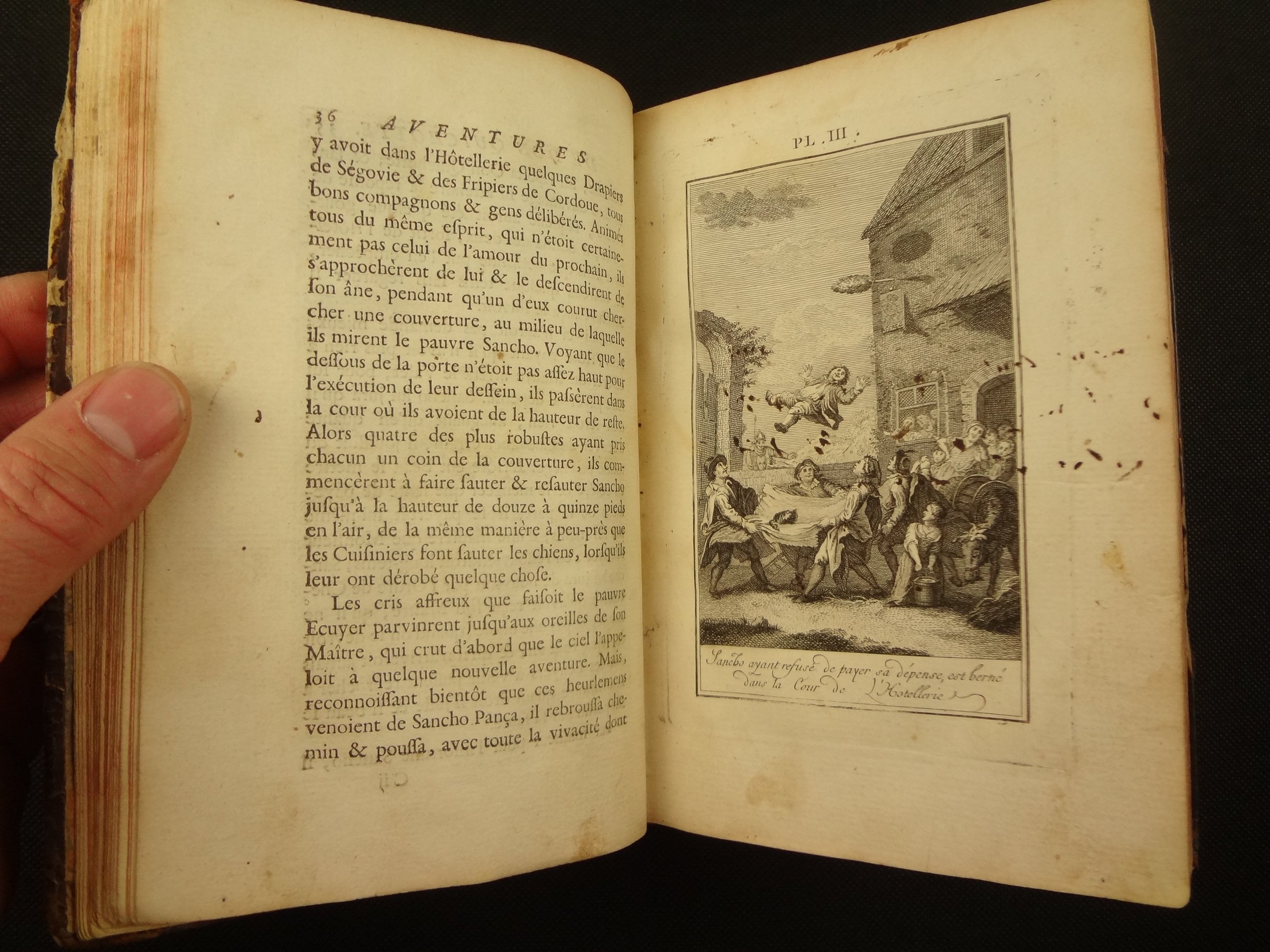 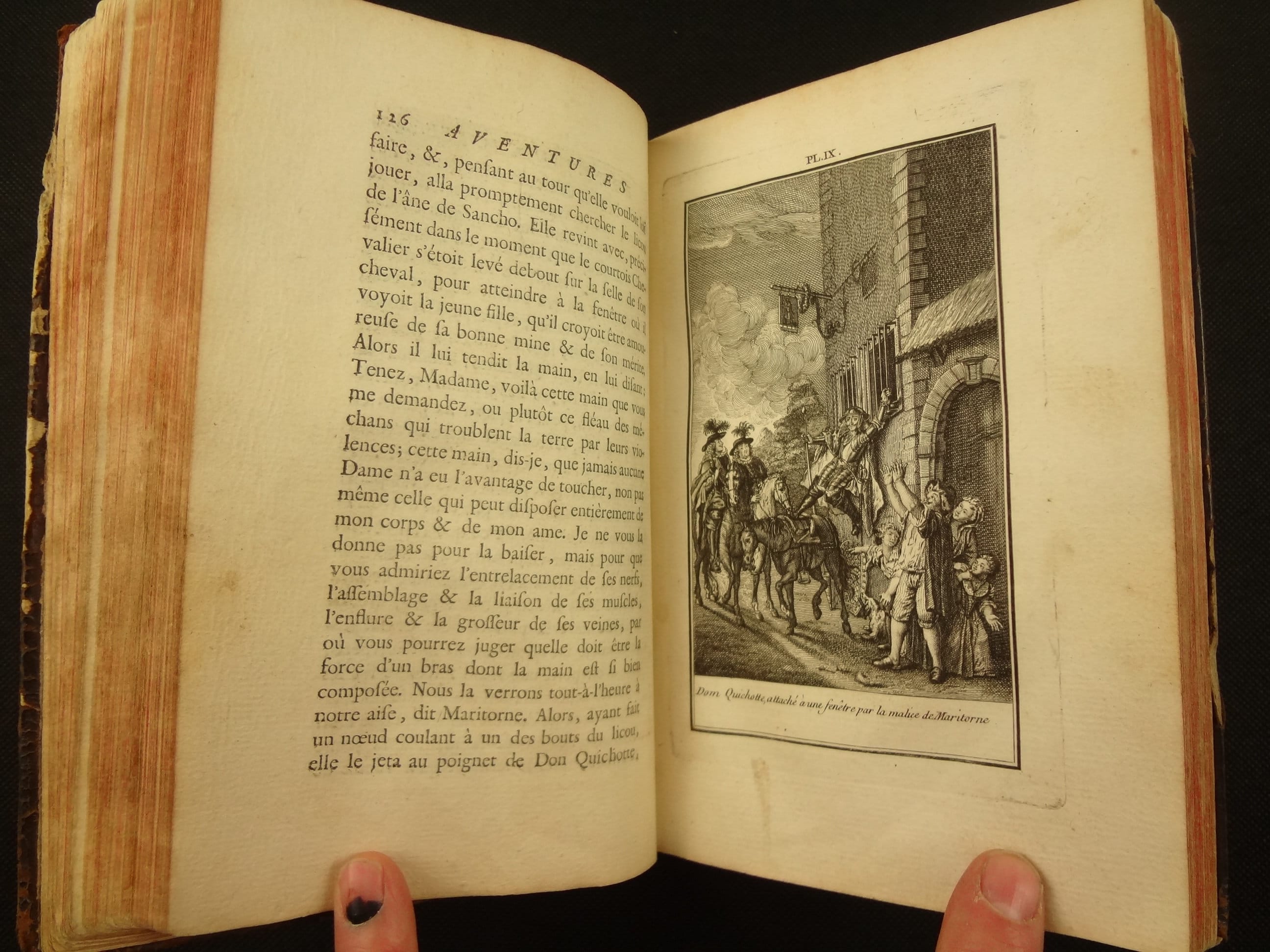 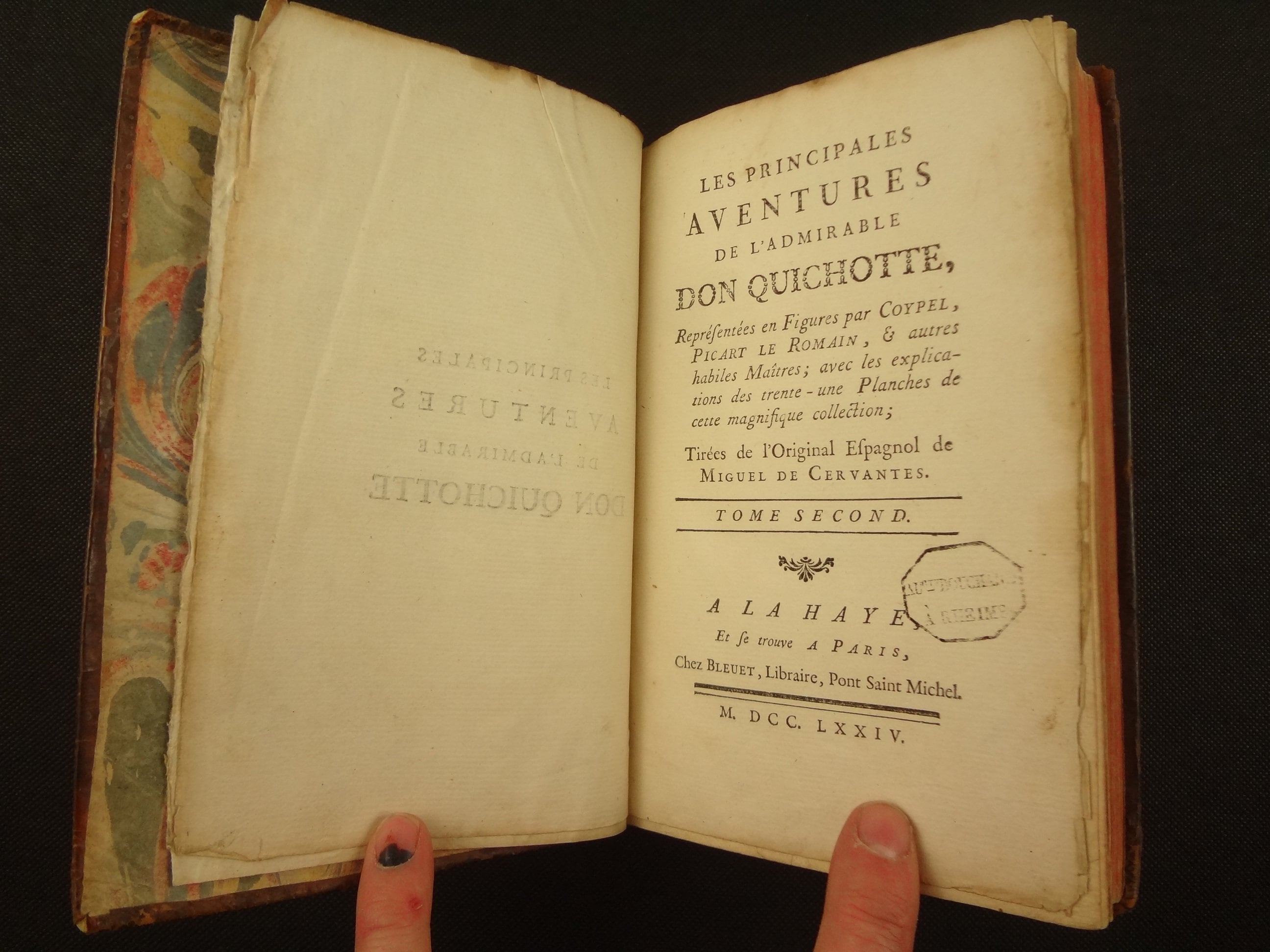 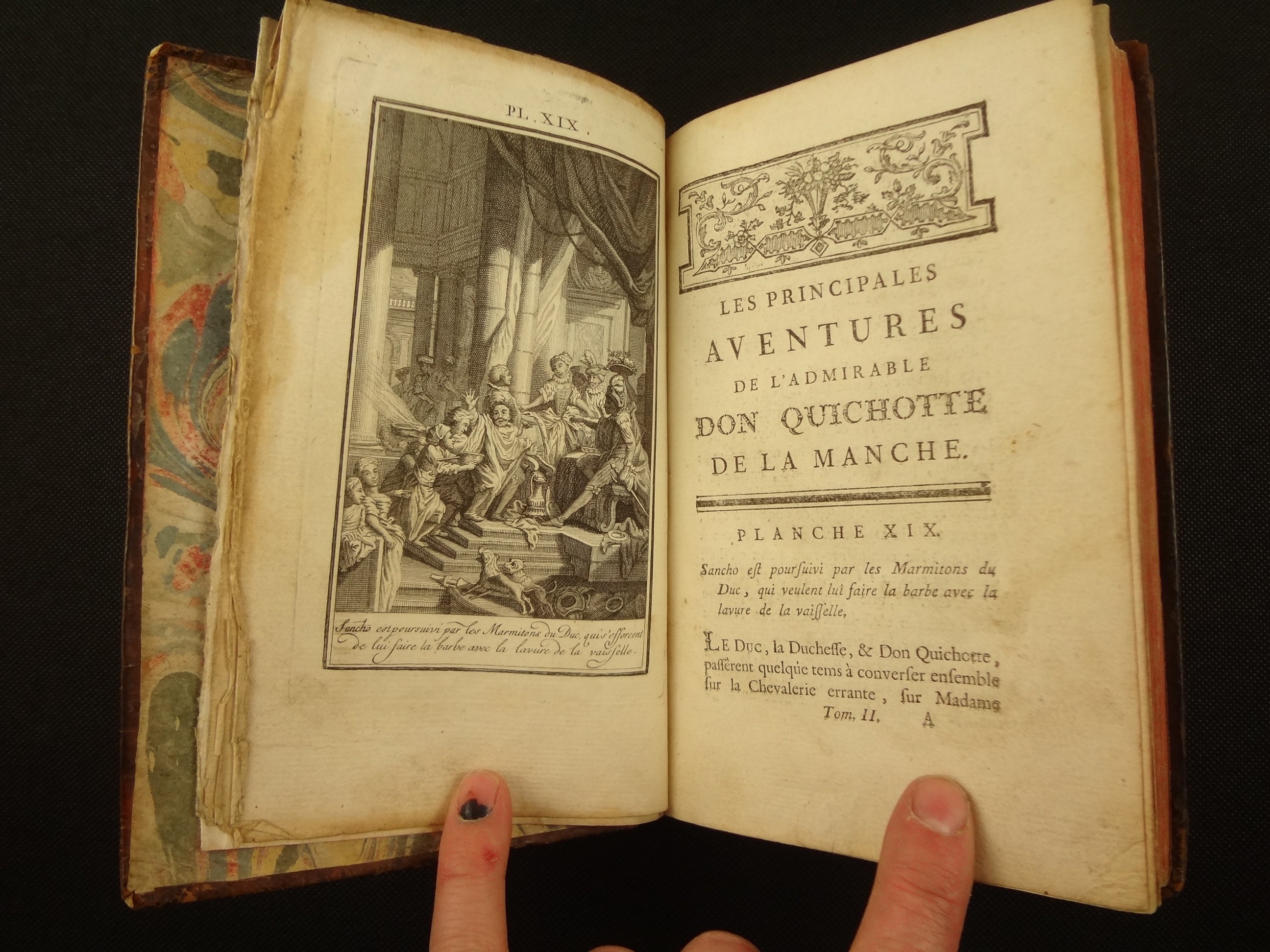 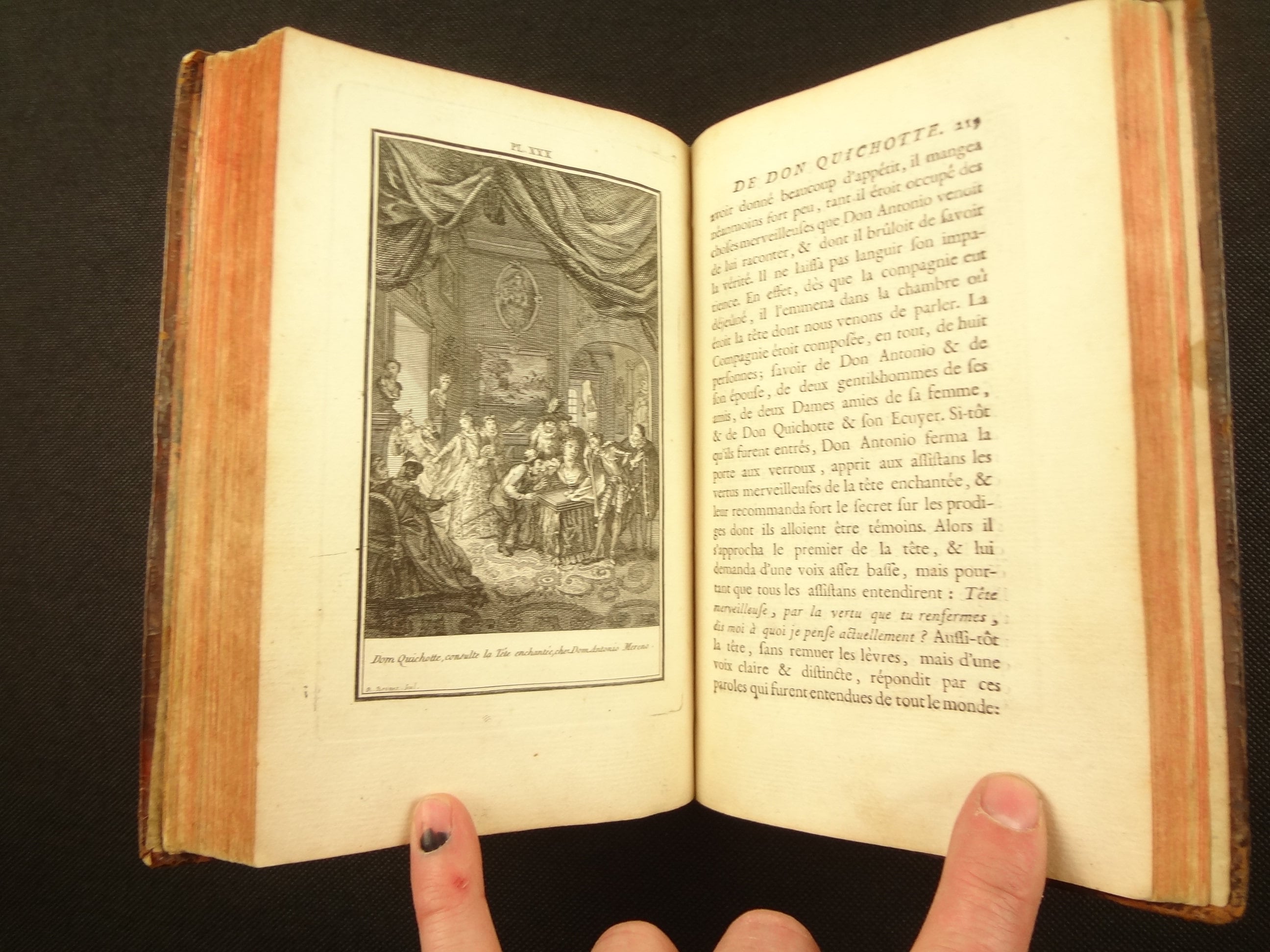 1774 Paris edition of the classic and important work, Don Quichotte, with thirty-one wonderful plates after art by Charles-Antoine Coypel and Bernard Picart (among others). Still bound in their contemporary attractive French bindings!


I've verified that all thirty-one plates are present.

See pictures. Bindings with vintage patina; wear at edges, a little chipping at spine ends (endbands still in place), a few worm holes in spine, and rubs to back board of volume two.

Despite notes, books hold their age well, and are still enjoyable to see and review; well-bound.