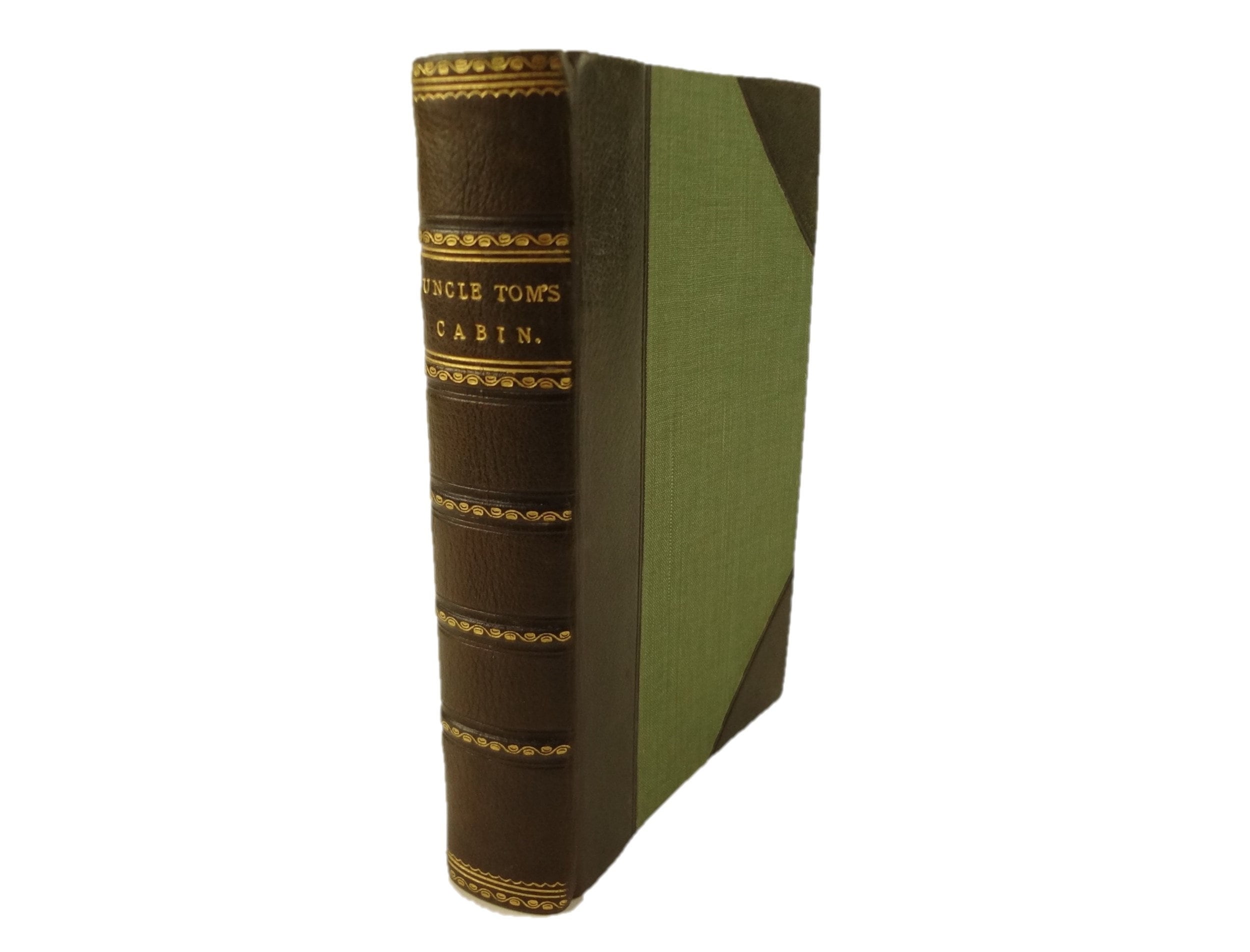 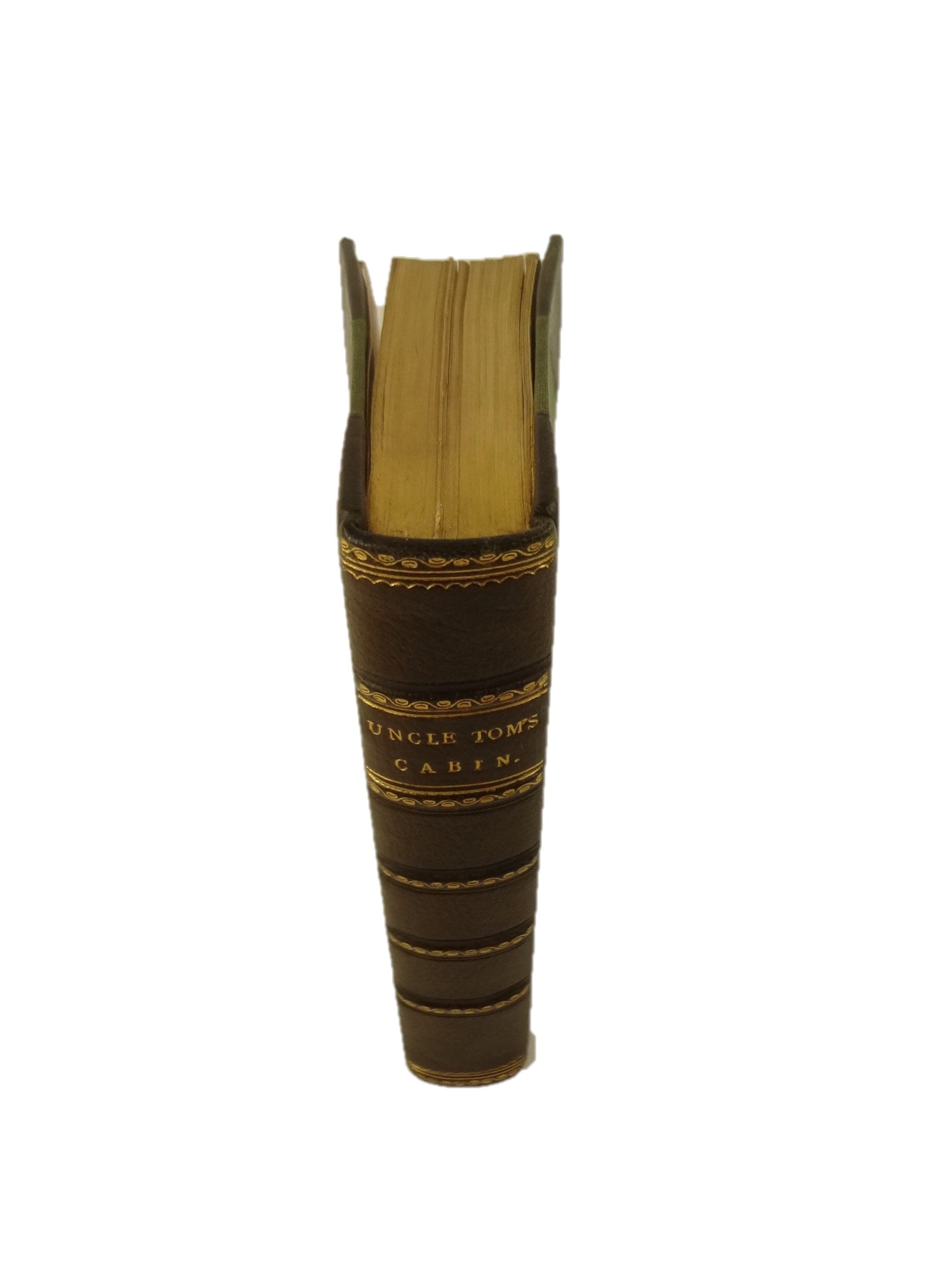 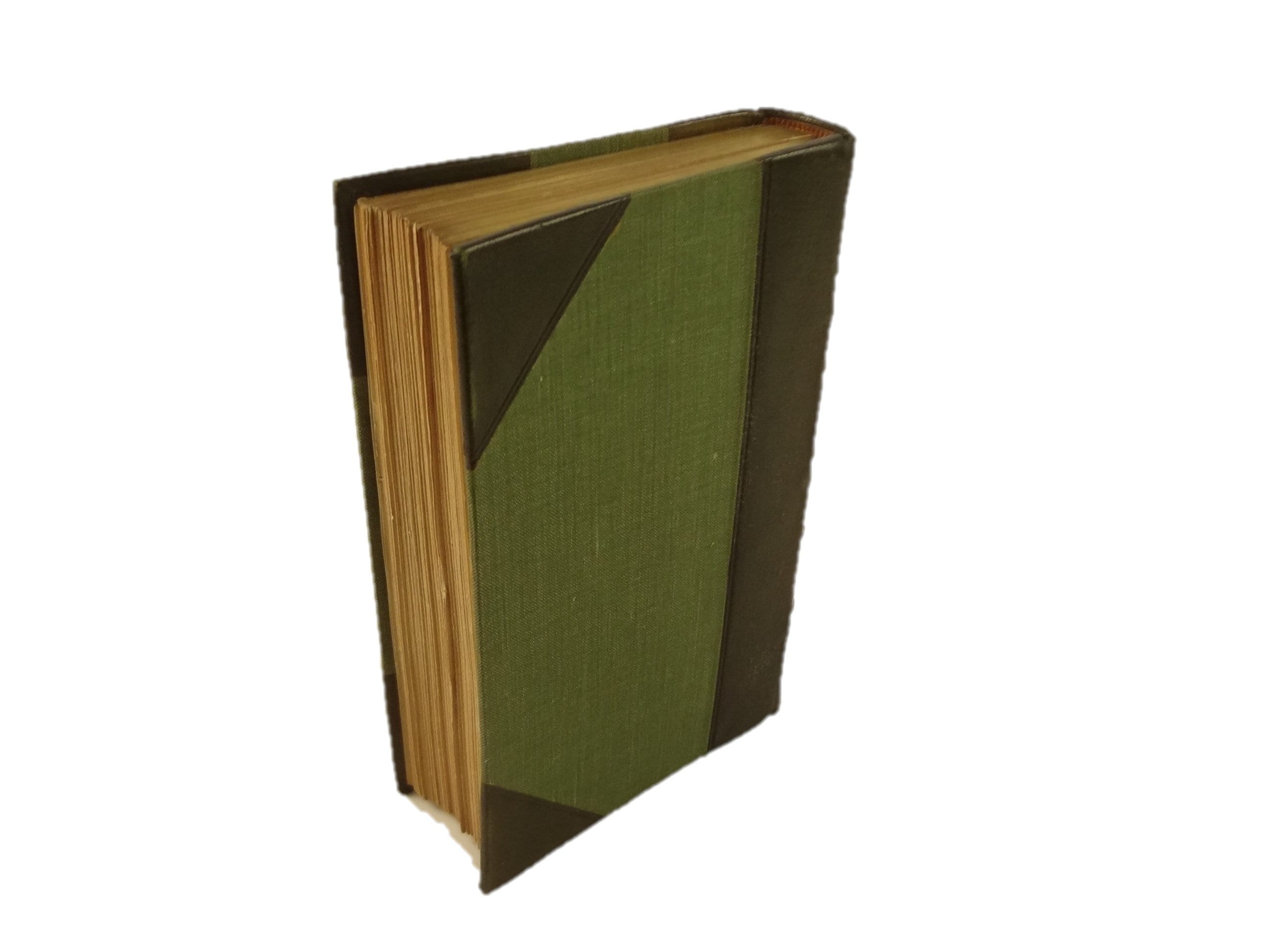 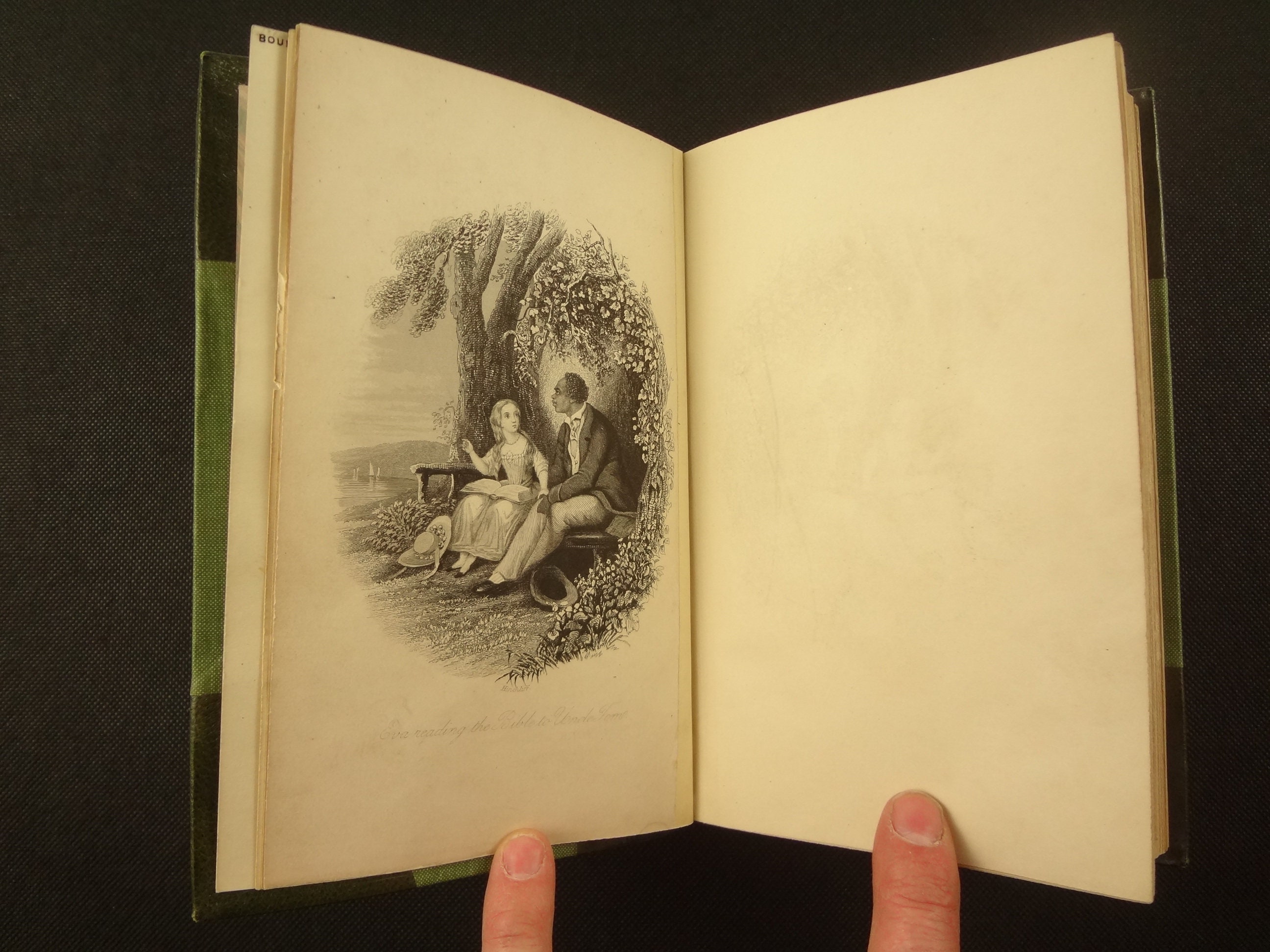 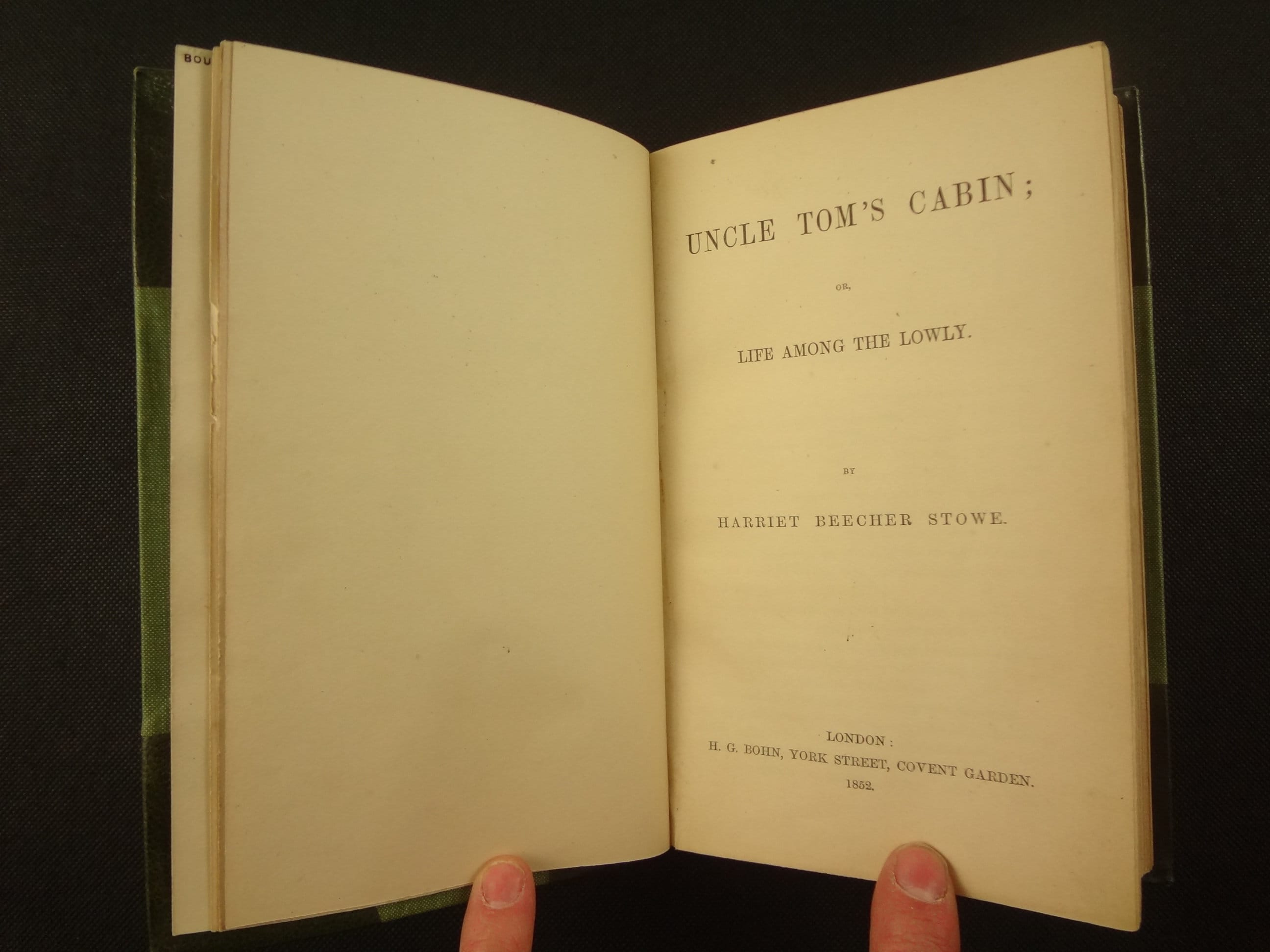 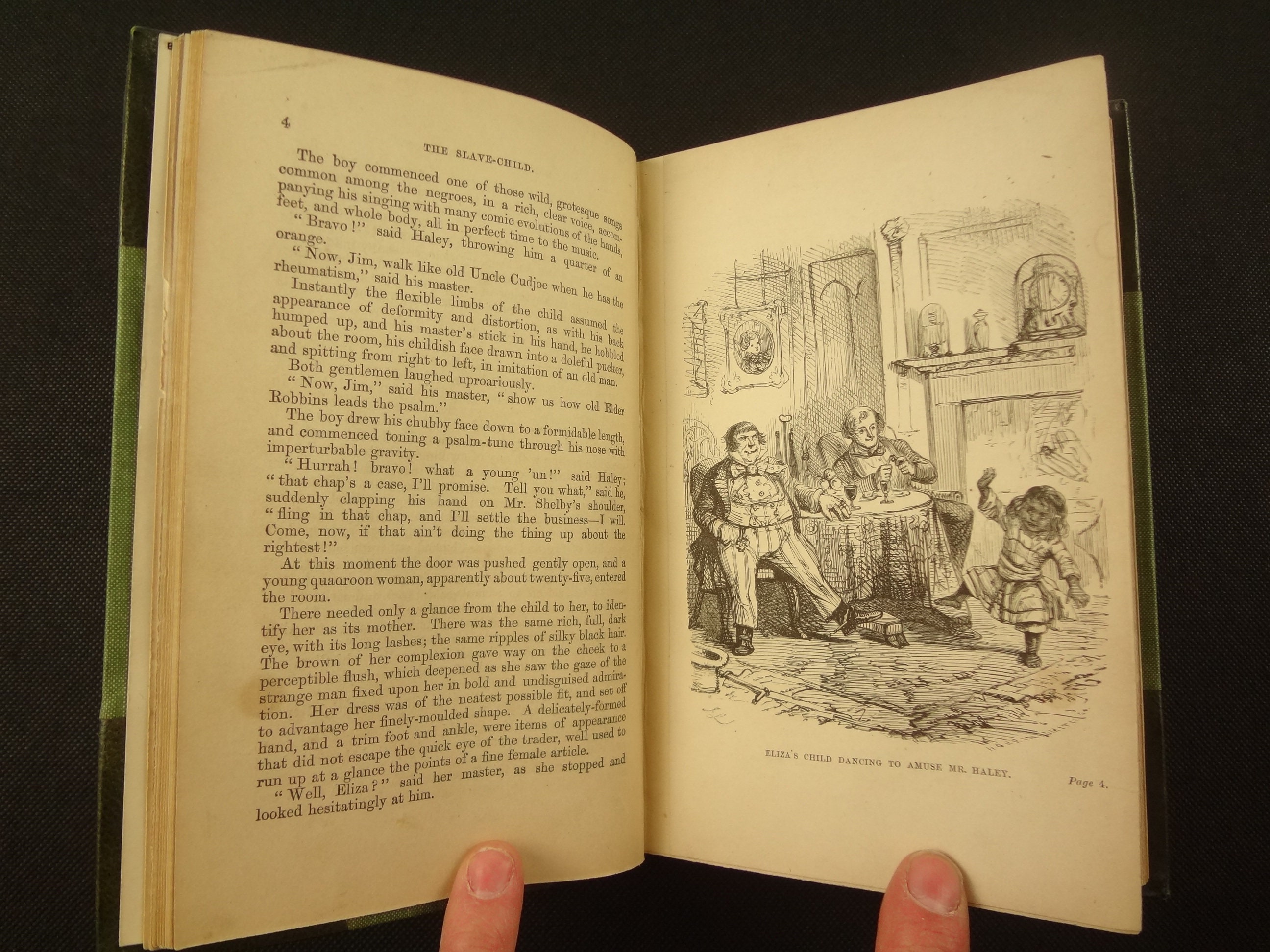 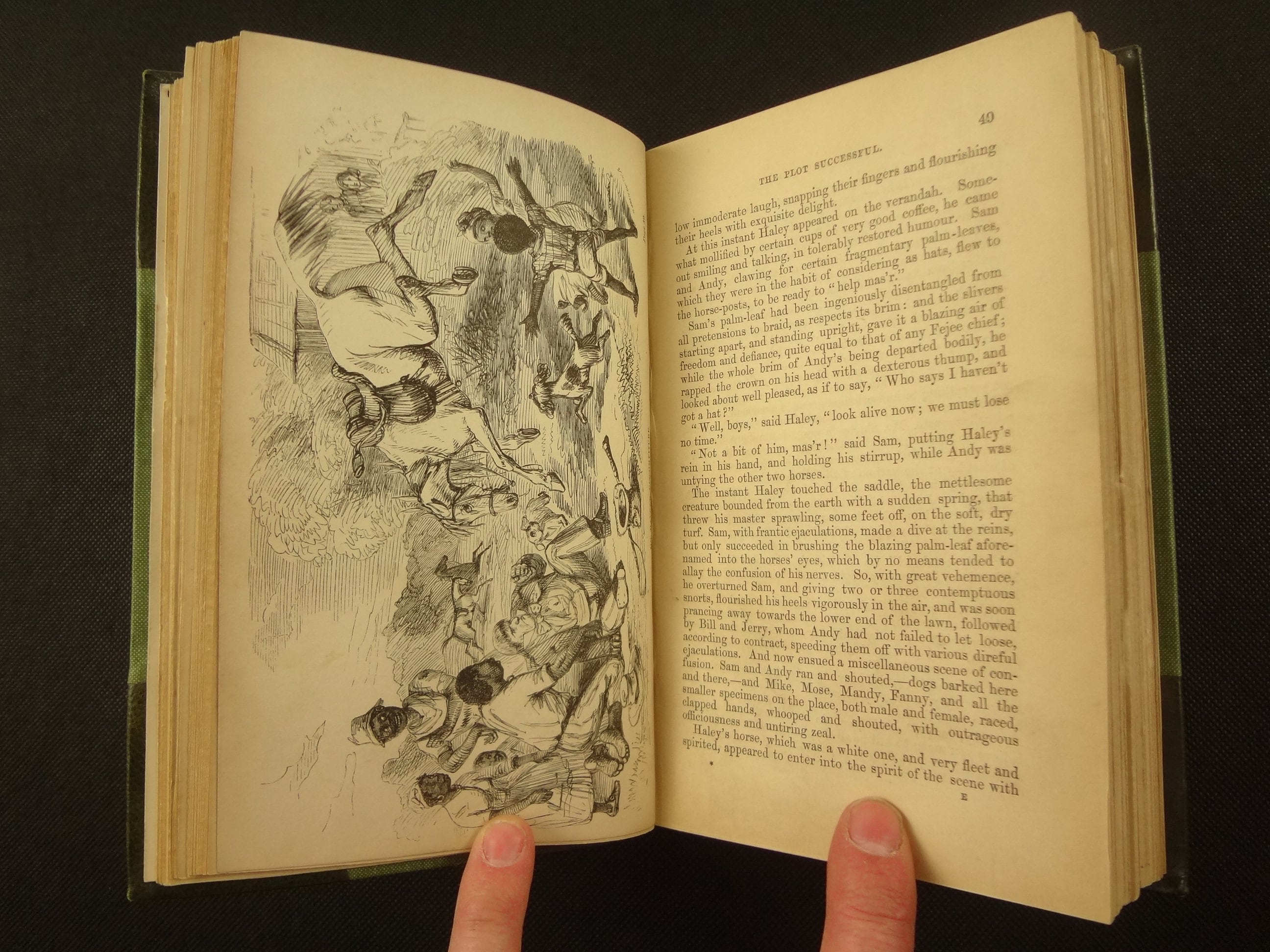 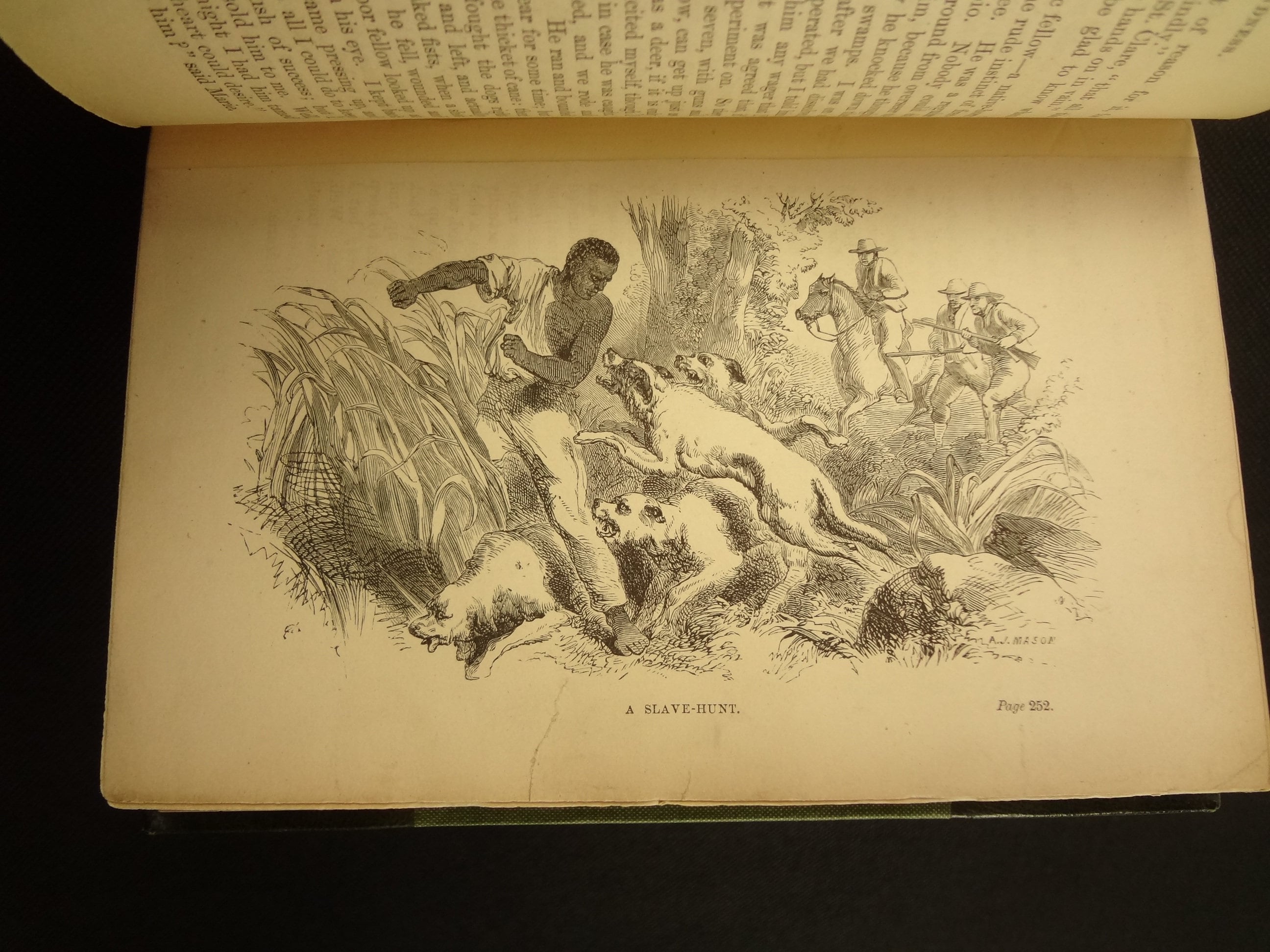 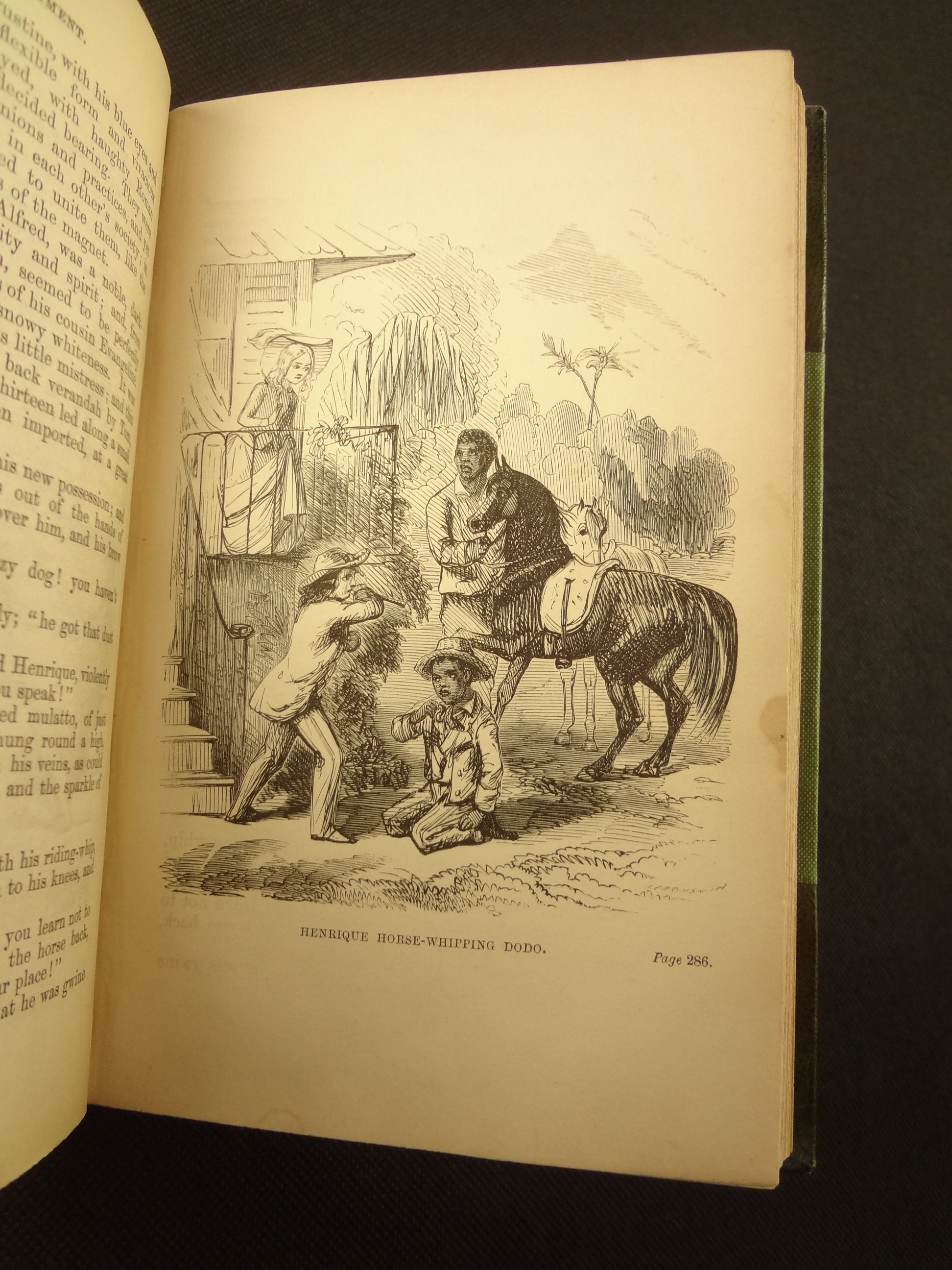 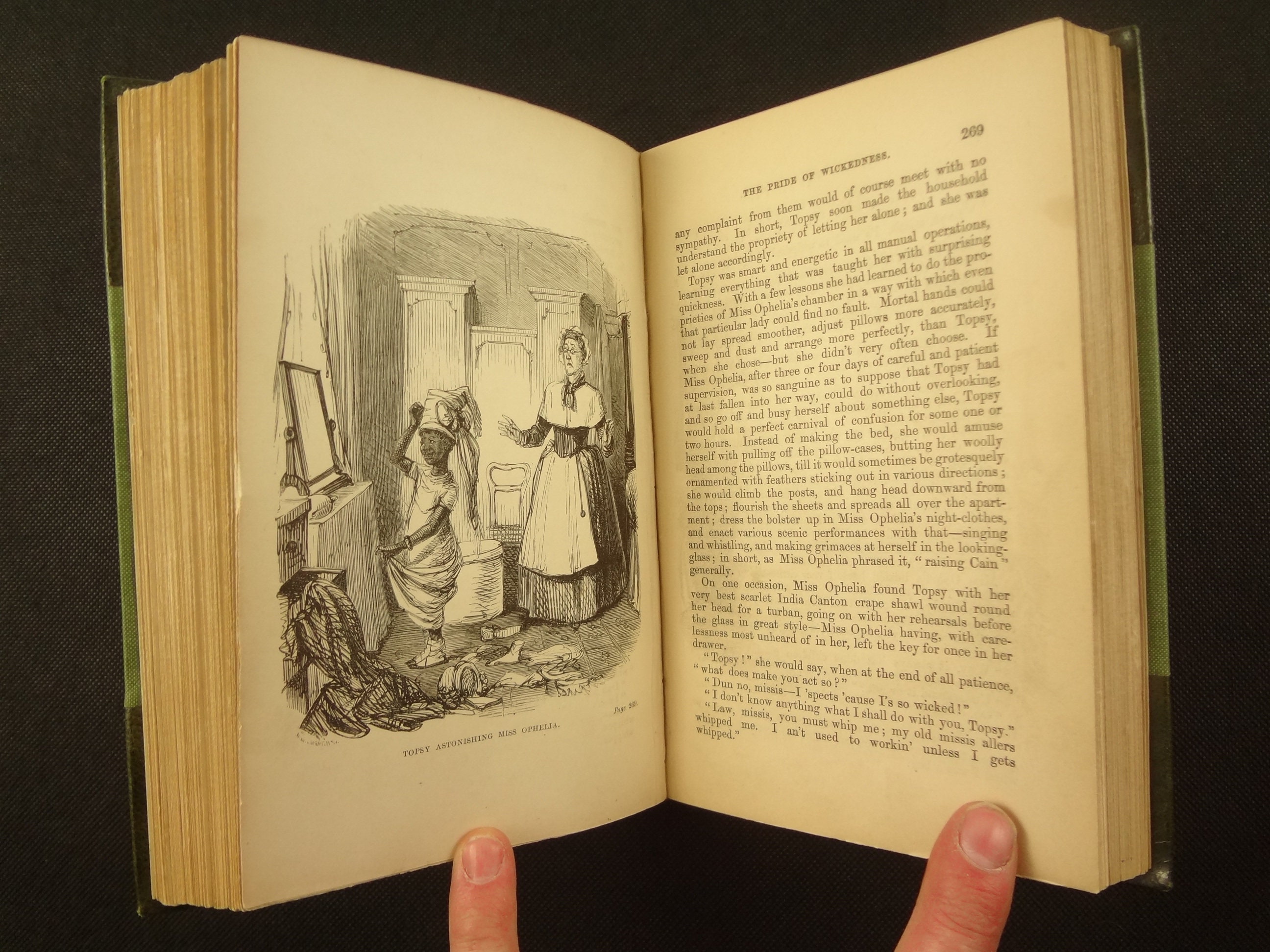 A copy of an infamous 1852 pirated Uncle Tom's Cabin. The printer, Bohn, was a noted offender of copyright (see his fight with Webster, regarding the dictionary). The weak international copyright laws, allowed Bohn to bring this copy to press almost alongside the official 1st English edition. This is an early copy of Bohn's efforts in 1852; he later added an introduction from a Reverend.

Also, of note, are the harmful depictions of African-American's that these pirated editions were prone to. Although not every illustration in this example is negative, there are several that will certainly make you pause and think.

"Uncle Tom's Cabin; or, Life Among the Lowly, is an anti-slavery novel by American author Harriet Beecher Stowe. Published in 1852, the novel had a profound effect on attitudes toward African Americans and slavery in the U.S. and is said to have 'helped lay the groundwork for the Civil War'."

"Stowe, a Connecticut-born teacher at the Hartford Female Seminary and an active abolitionist, featured the character of Uncle Tom, a long-suffering black slave around whom the stories of other characters revolve. The sentimental novel depicts the reality of slavery while also asserting that Christian love can overcome something as destructive as enslavement of fellow human beings." - Wikipedia

See pictures. Boards are bowed, leaving the fore-edge splayed, else it's a nice binding with just a touch of edge wear. Very clean at top-edge, likely well kept and cared for. Many bookseller notes on recto of flyleaf and 1st blank unpaginated page. Bookseller stamp at top of flyleaf verso. Wrinkling at fore-edge of 1st blank and half title. Some thumbing to frontis, title, page and several pages following. Occasional thumb and spot throughout, but mostly quite clean. Plate at 268 extends just a tad farther out and has a tiny chip along fore-edge as a result.