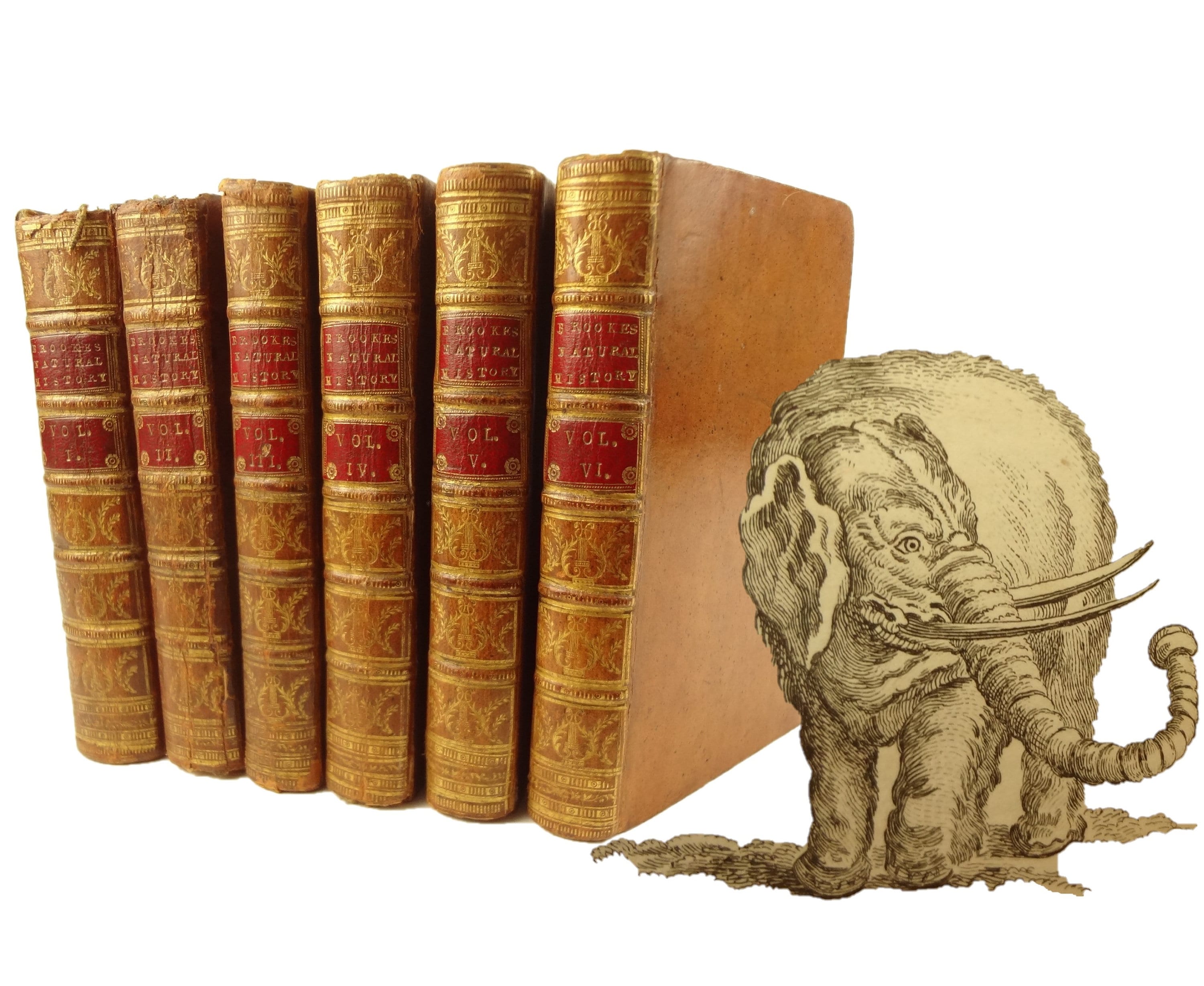 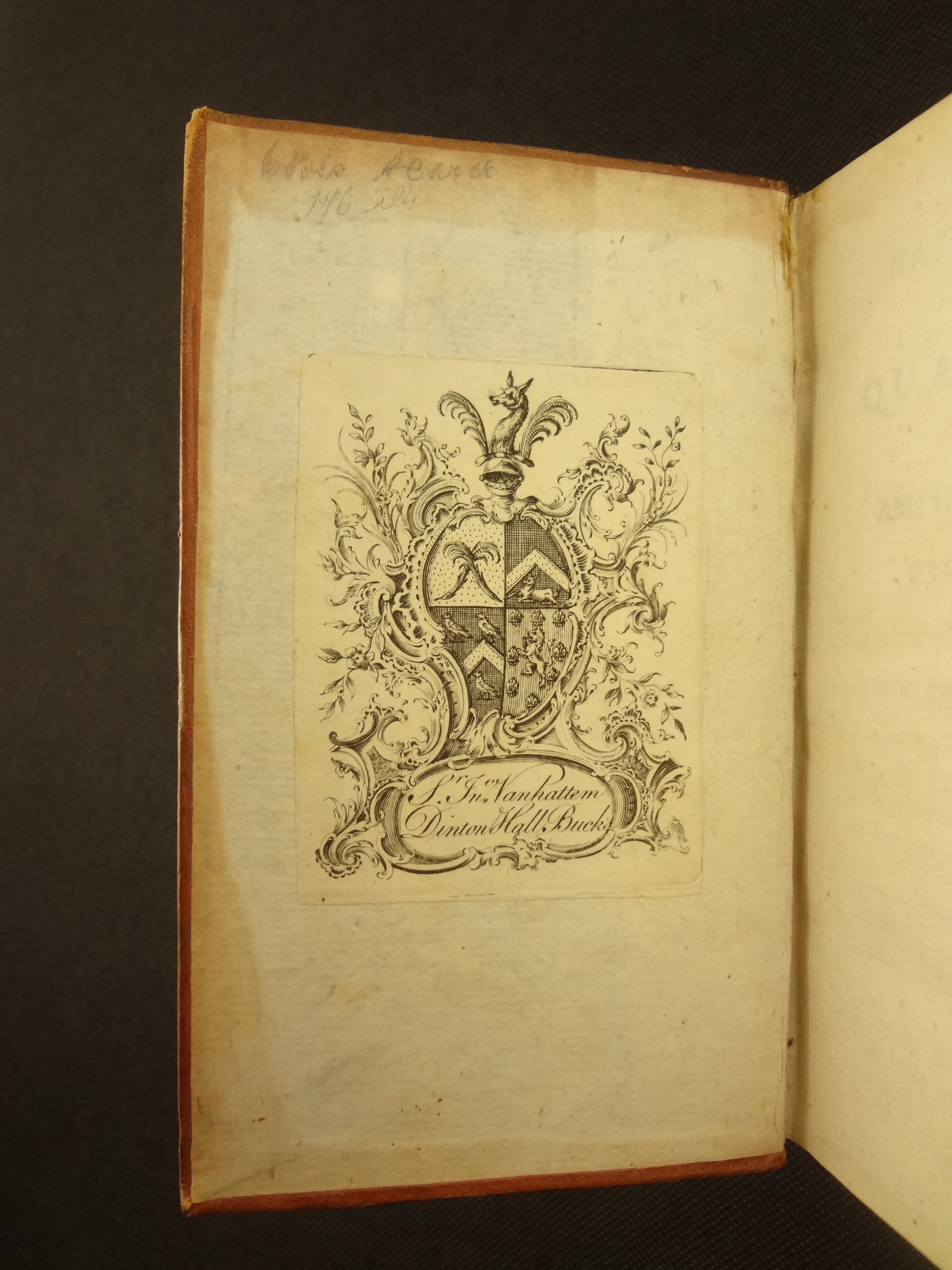 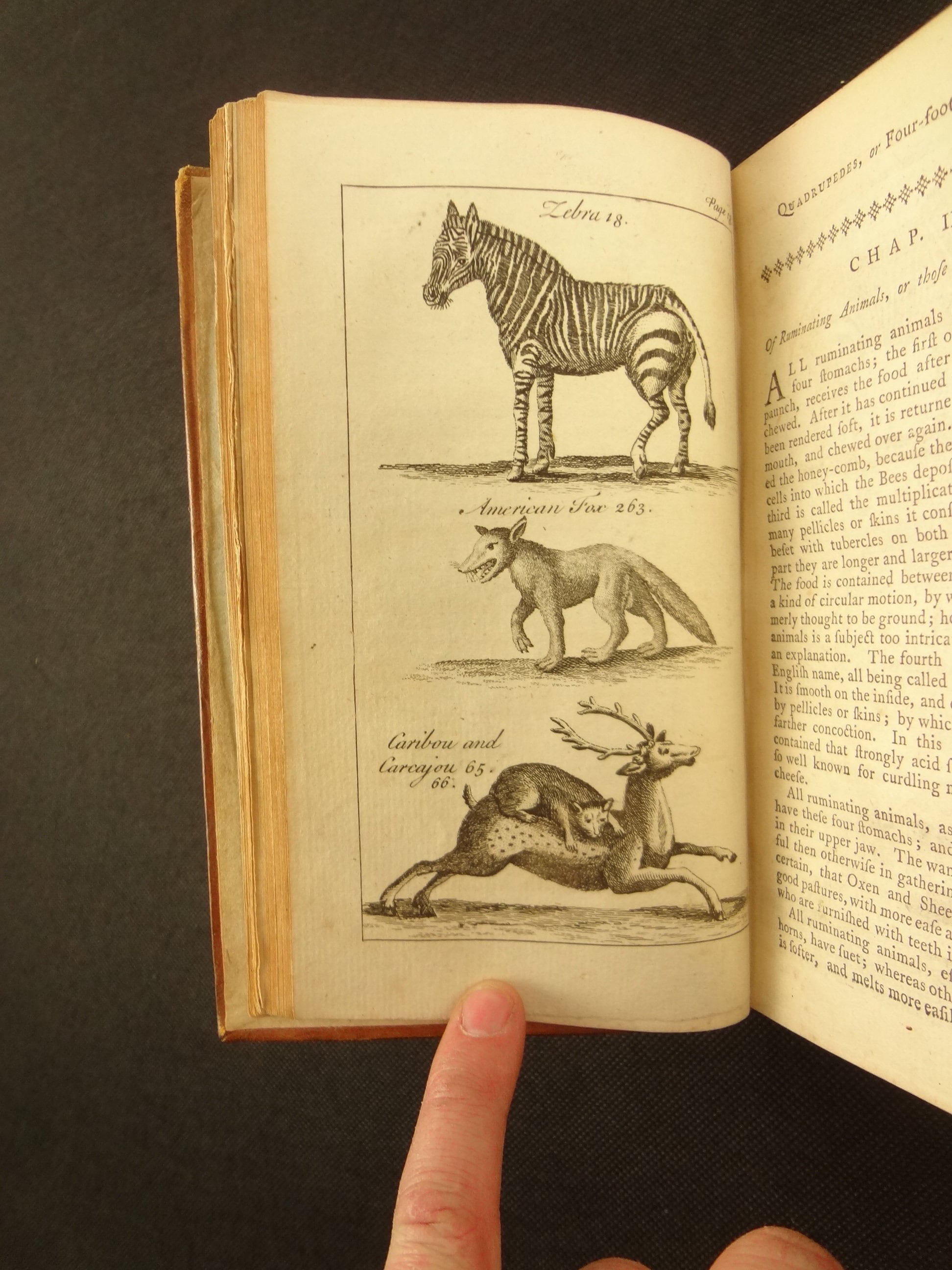 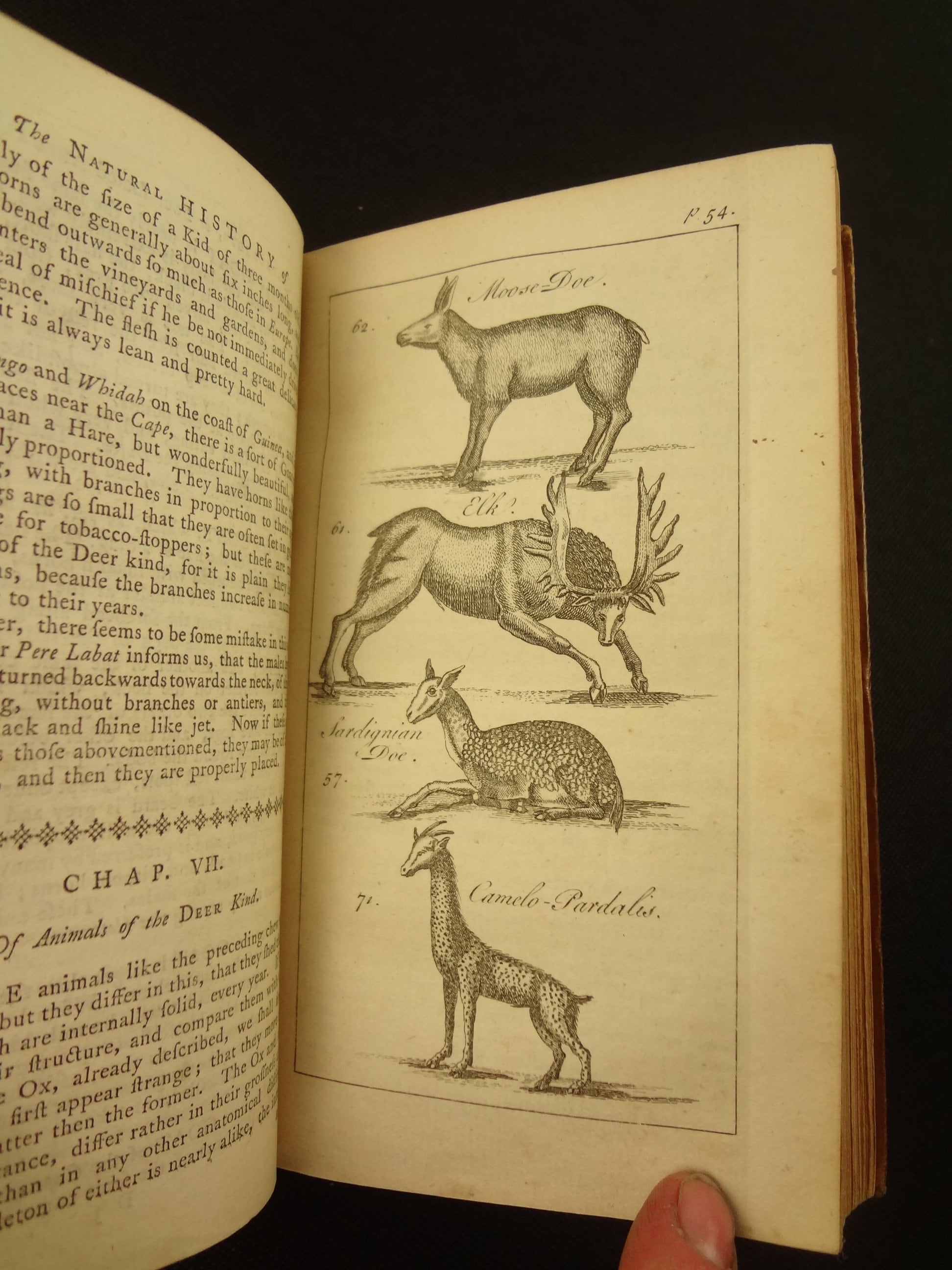 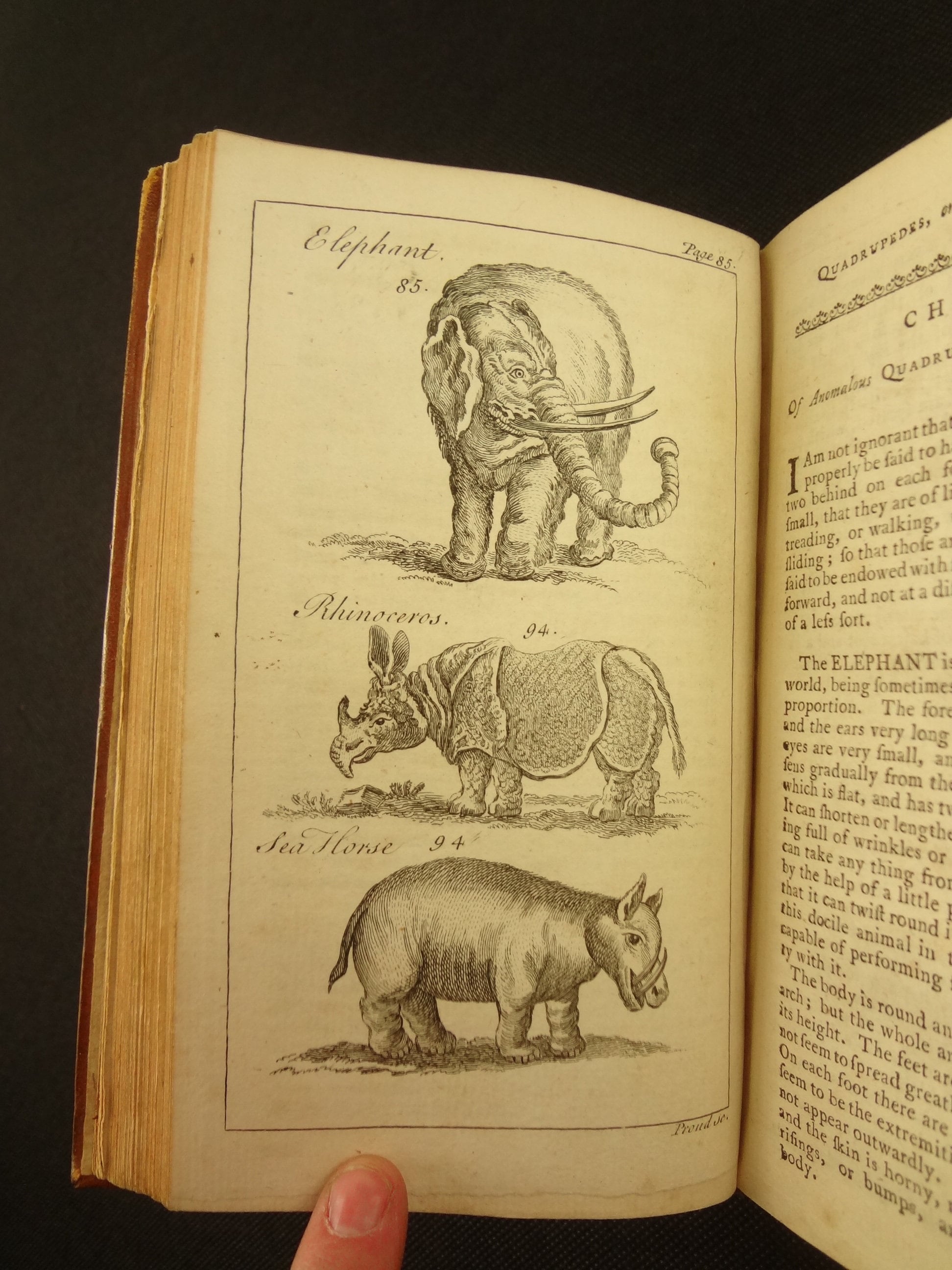 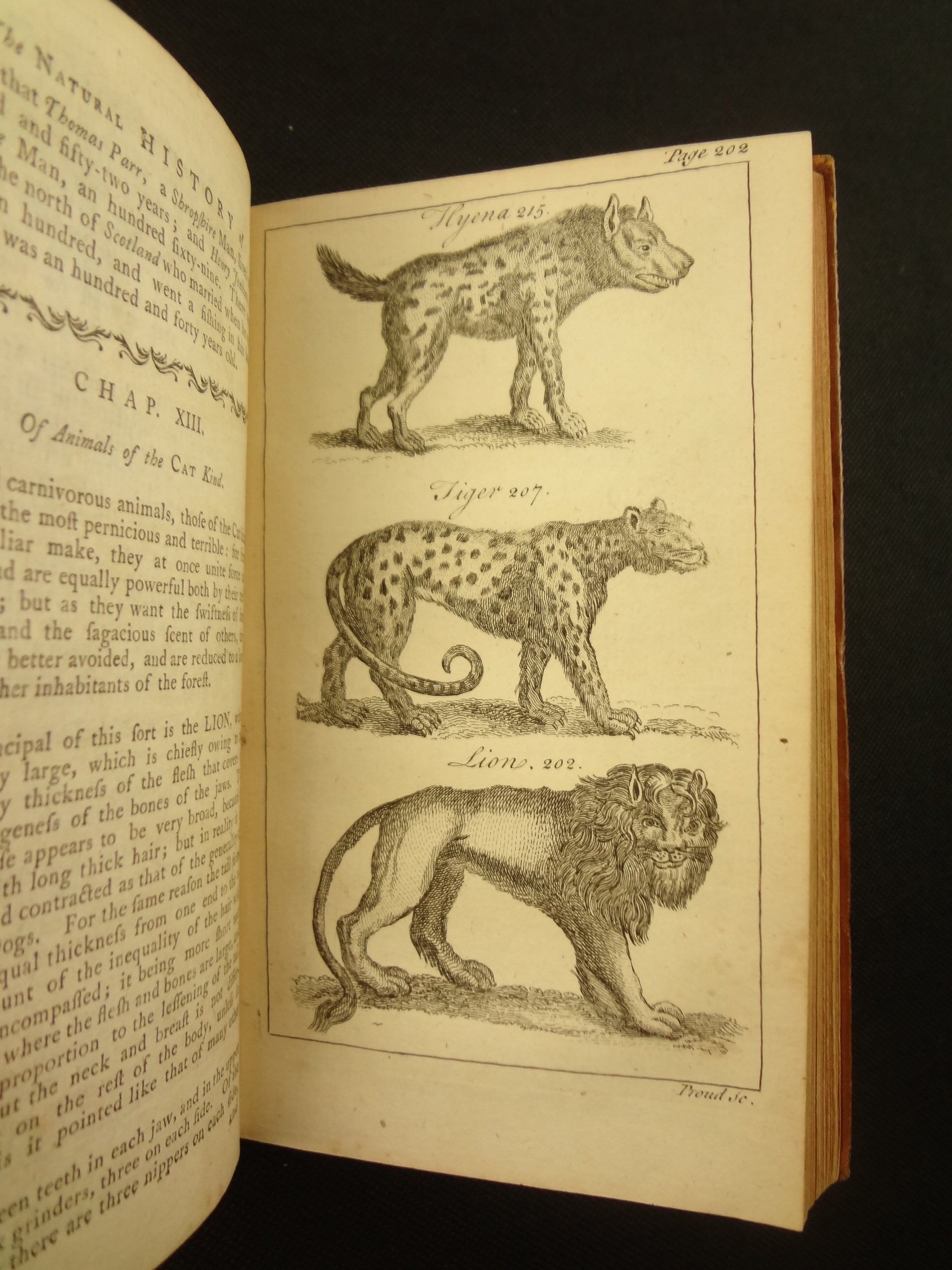 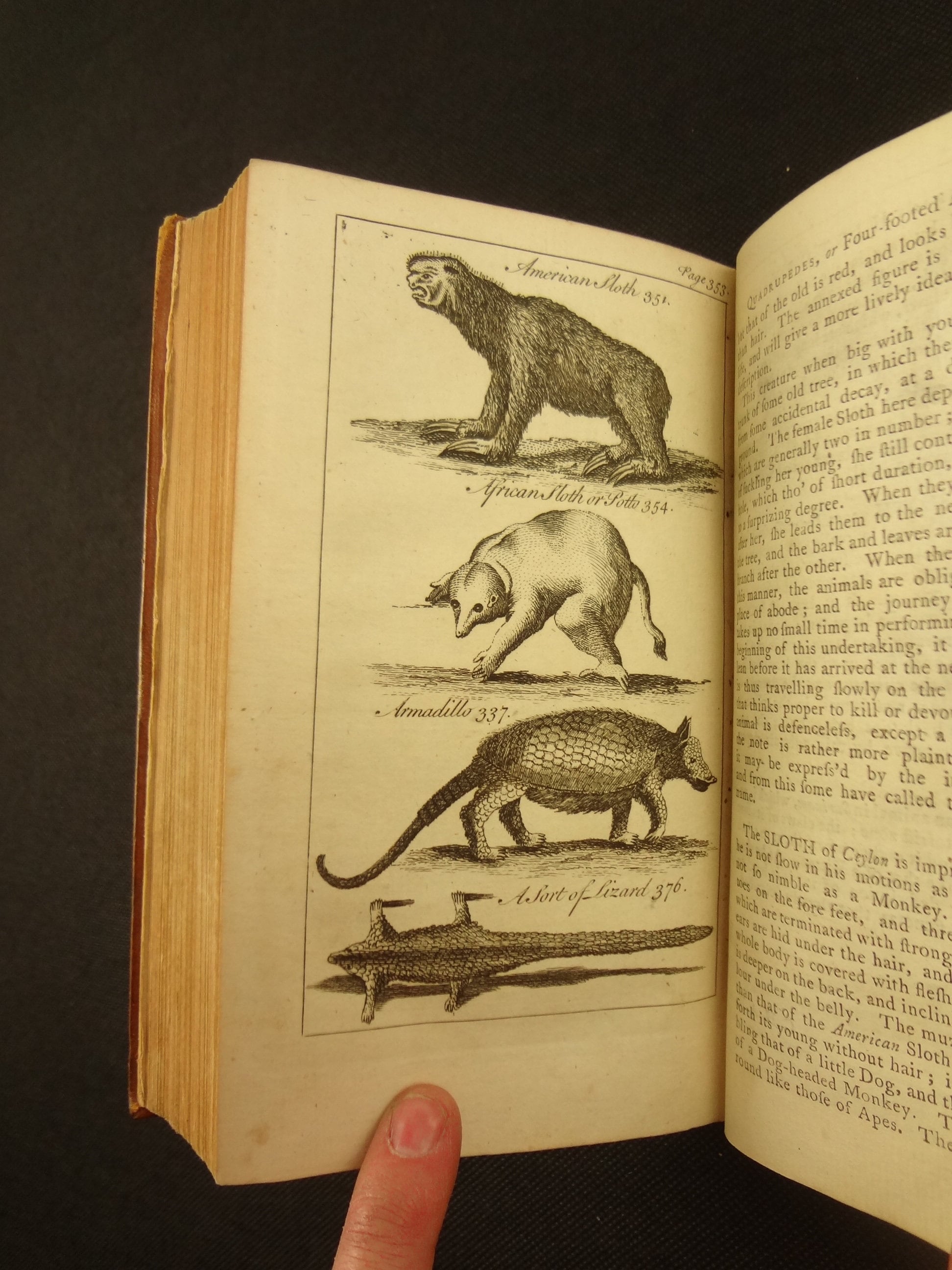 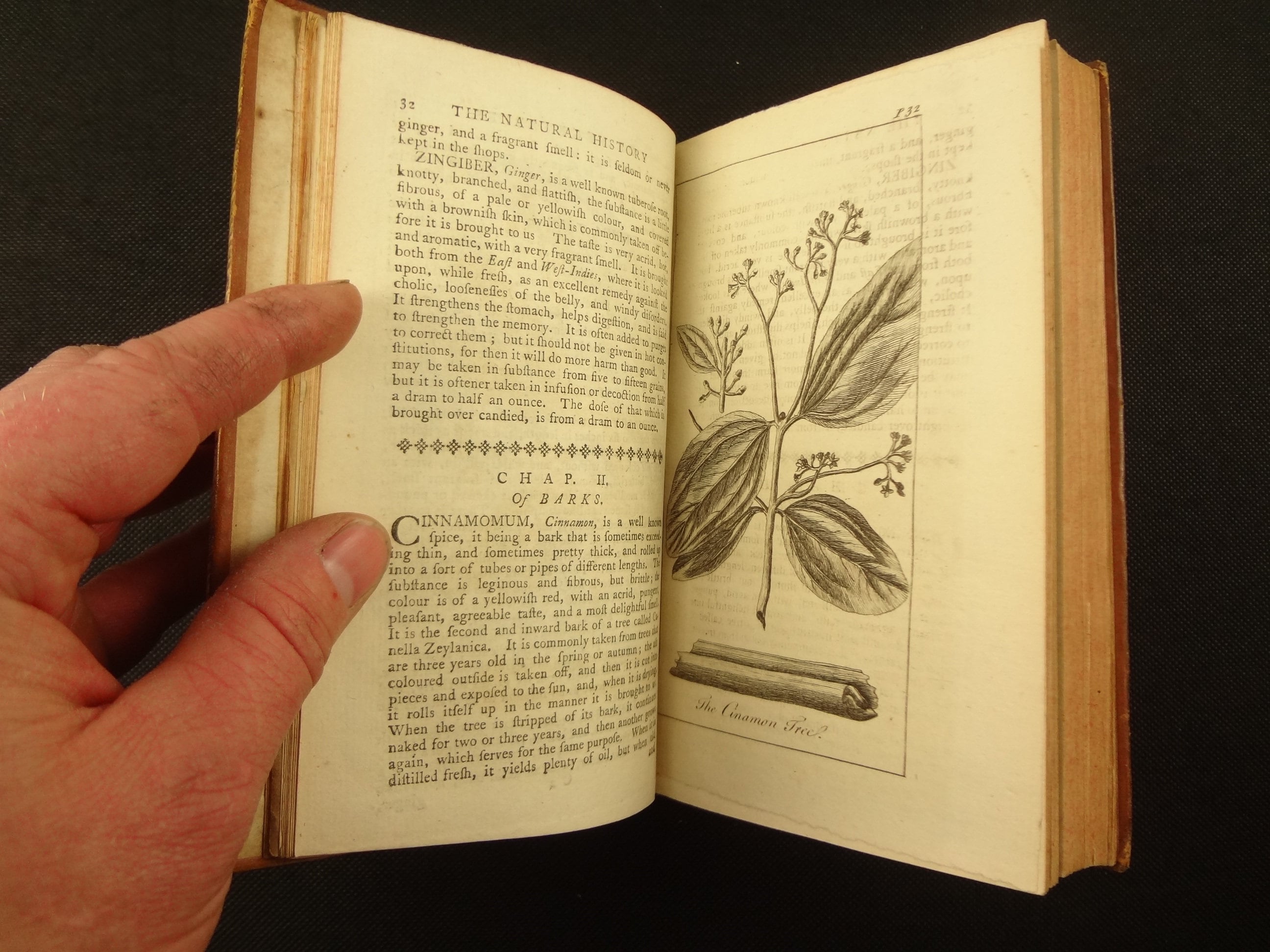 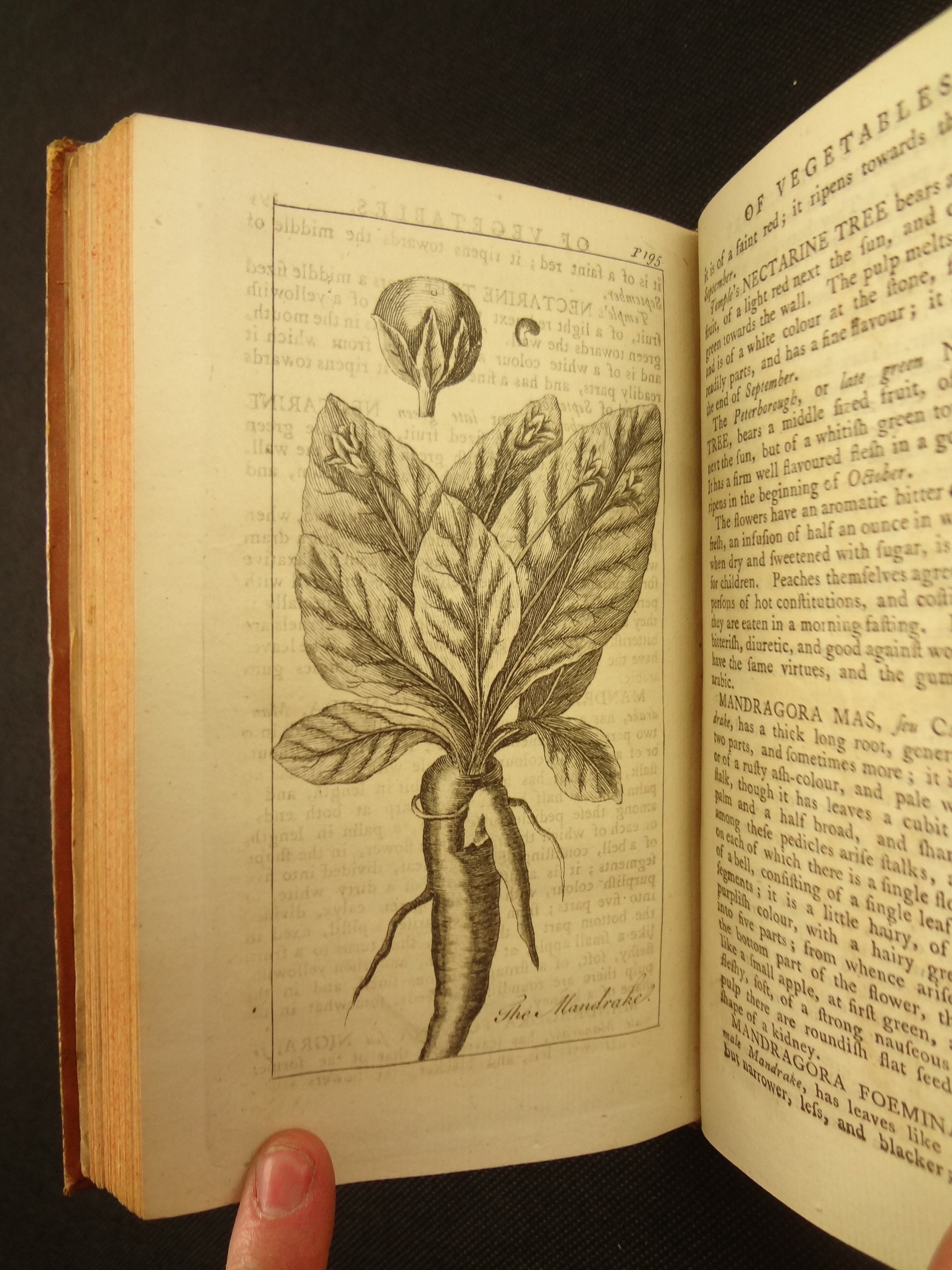 Also, of note to anglers, volume three (Natural History of Fishes...) contains an interesting appendix (... The Whole Art of Float and Fly-Fishing...), a popular 18th century work; commonly attributed to Thomas Shirley, there is no attribution in this volume and it has, at least, been re-arranged (the last paragraph in the Brookes work matches the 1st paragraph of Chap. II in the 1784 (Fielding) edition; "If at any time you happen to be over heated with walking, or other exercise, avoid small liquors, especially water, as you would poison; but rather take a glass of rum or brandy...").

Period reviews of Brookes' Natural History thought it to be the standard-setting system of classification moving forward: “Doctor Brookes ever appeared to us as one of the most industrious, useful, and accurate compilers of his age… Cool, accurate, and timid, asserting nothing without the clearest proof, disdaining the borrowed ornaments of imagination, and contented with the simple dress of truth… What has been here extracted will serve as a specimen of this performance… and we make no doubt will continue to be the standard book of this science in our language, till further discoveries shall render a new work necessary.” – The Critical Review v.16, Simpkin, p.146-148, 1763.

Ex-libris armorial plates of Sir John Vanhattem, an antiquarian who built Dinton Castle (a folly), with fossils embedded in the walls. Vanhattem gave the "Dinton Hermit" shoe to the Ashmolean; the shoe hosts a patchwork of overlapping repairs and was supposedly worn by the executioner of Charles I, forced into hermitage in Dinton after the restitution.

Each volume measures approx. 17 x 10 x 2 cm, 12mo. Calf bindings. Spine with five raised bands; four compartments with a gilt harps centered in leafing vines, and two compartments with the title and volume in gilt on red Morocco with corner flowers to the volume compartment.

See pictures.Some chipping at head and tail of spines with occasional loss of endband. Occasional rub to boards. Some cracking at joints. Corner wear. Volume 5 has repaired chip at bottom of rear board. Armorial ex-libris plate on each pastedown.

Turn-ins have ghosted pastedown/flyleaves; title page and last page of each volume has two square ghosts at each corner. Occasional fox/rust spot throughout. Marginal and in-line notes in an old hand (mostly writing the latin name next to the entry). I see an occasional ember pin-hole. Some toning and dog-earing. Volume six, ads at rear missing first leaf (at least); not removed from binding, never bound in (ads start at an incomplete sentence).

Despite a little wear, still a handsome set, with many wonderful plates.