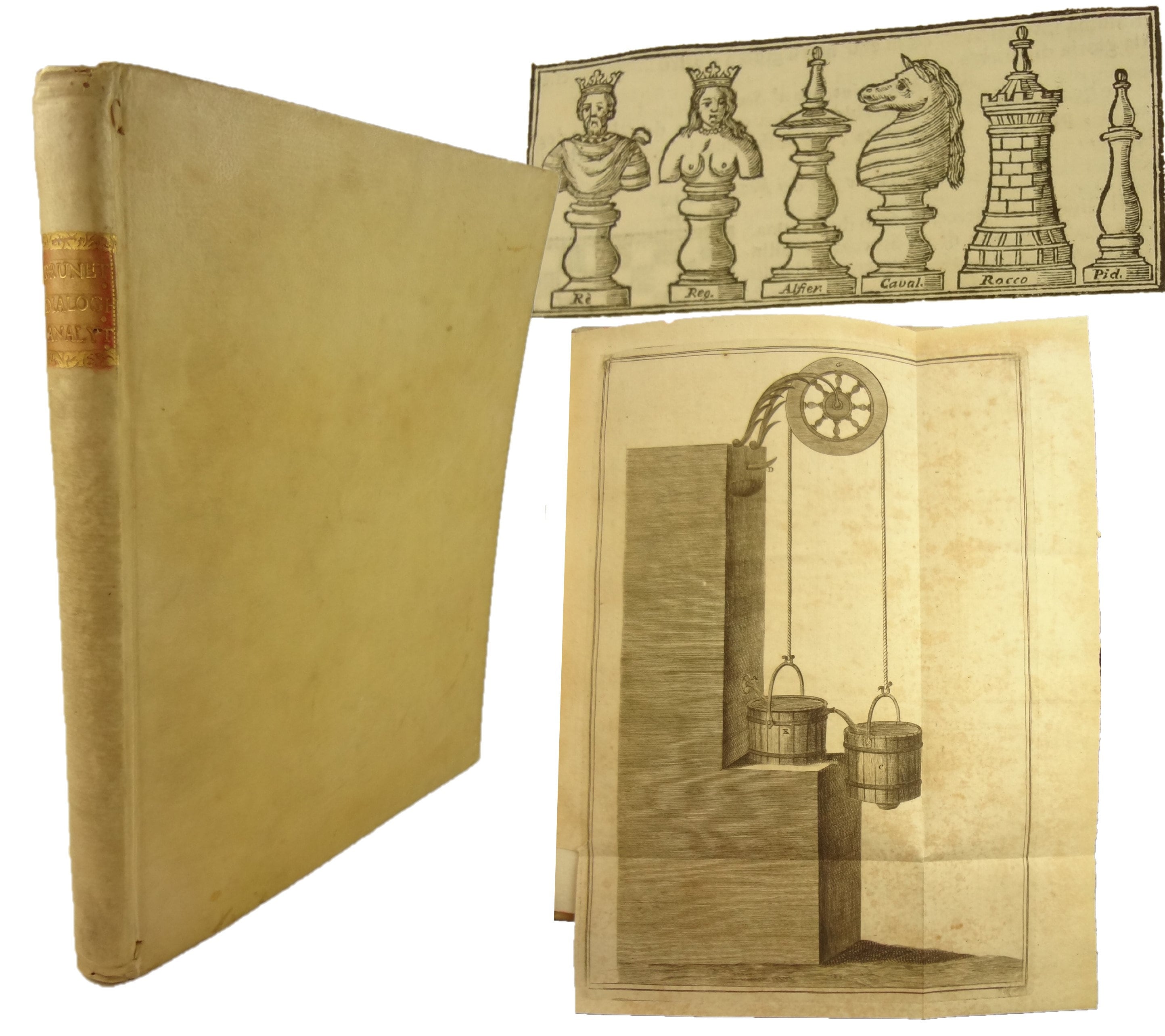 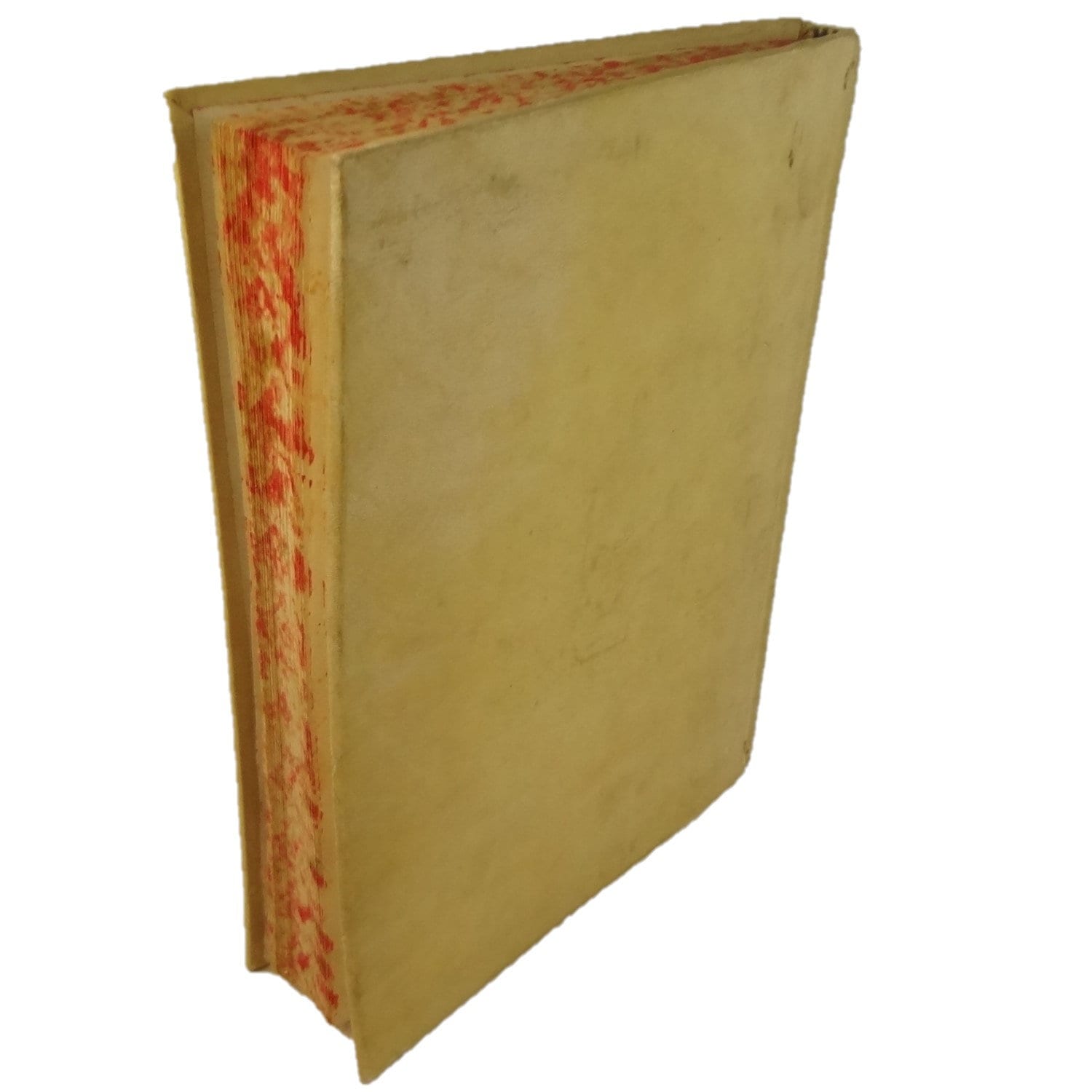 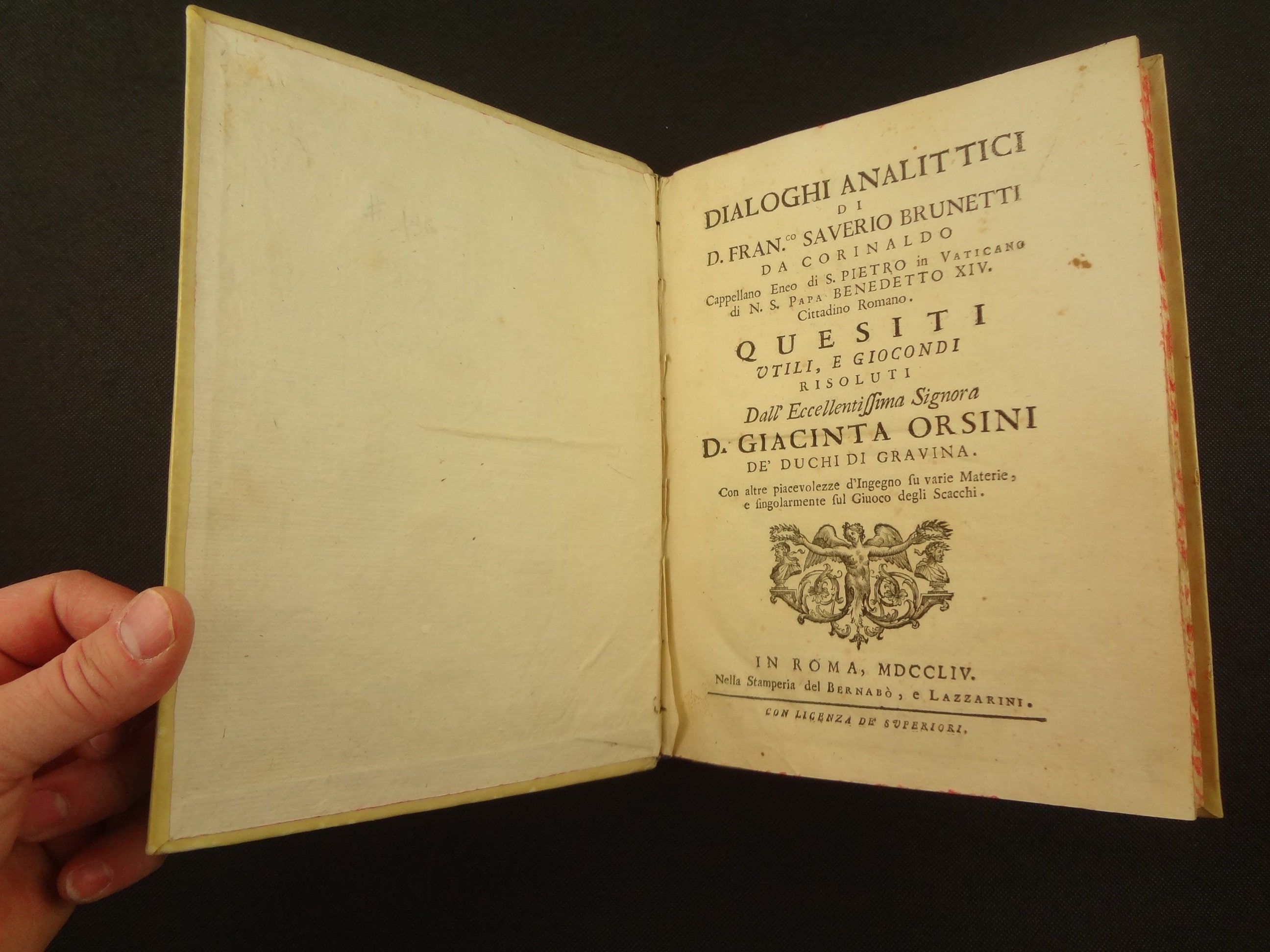 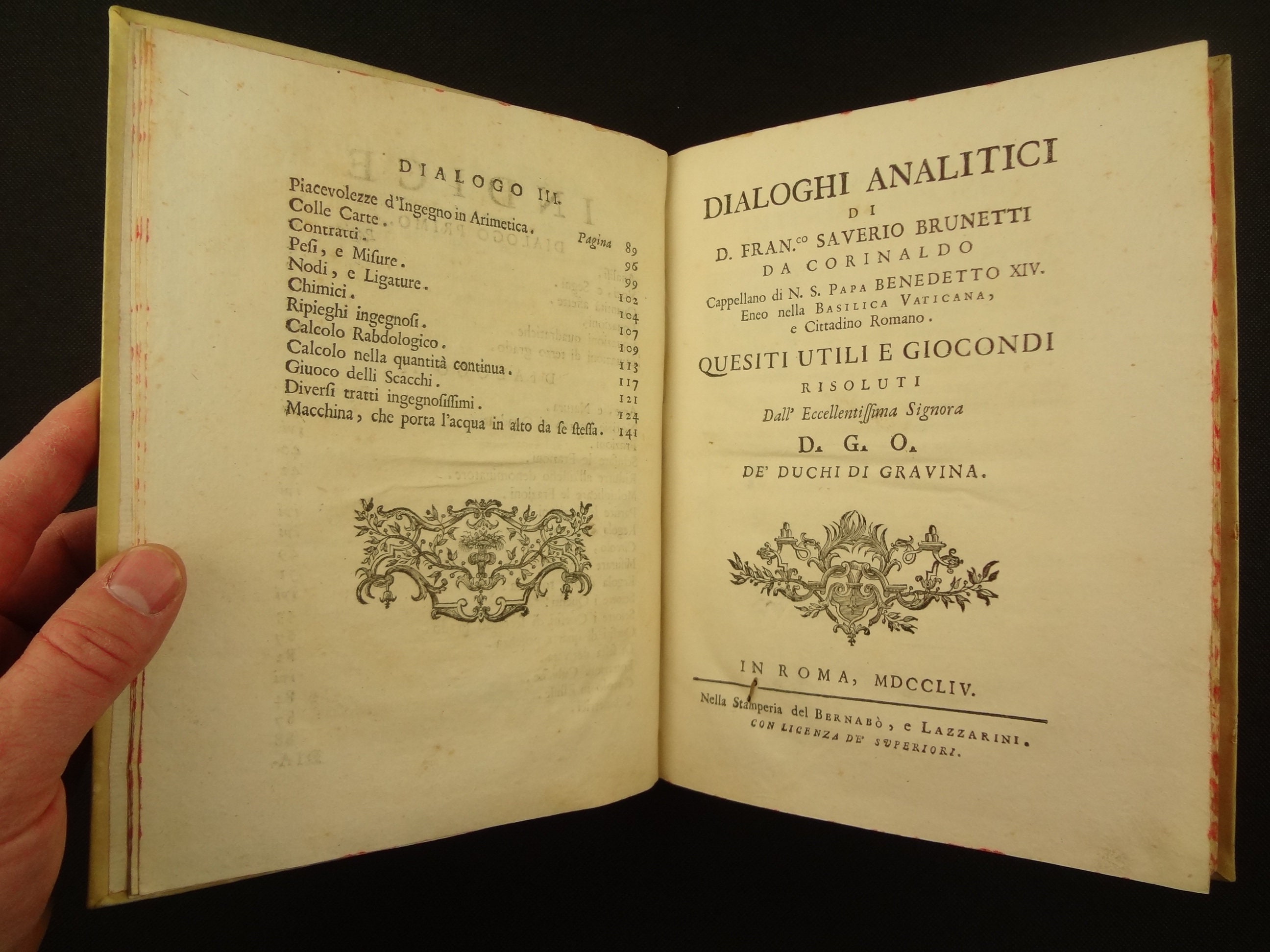 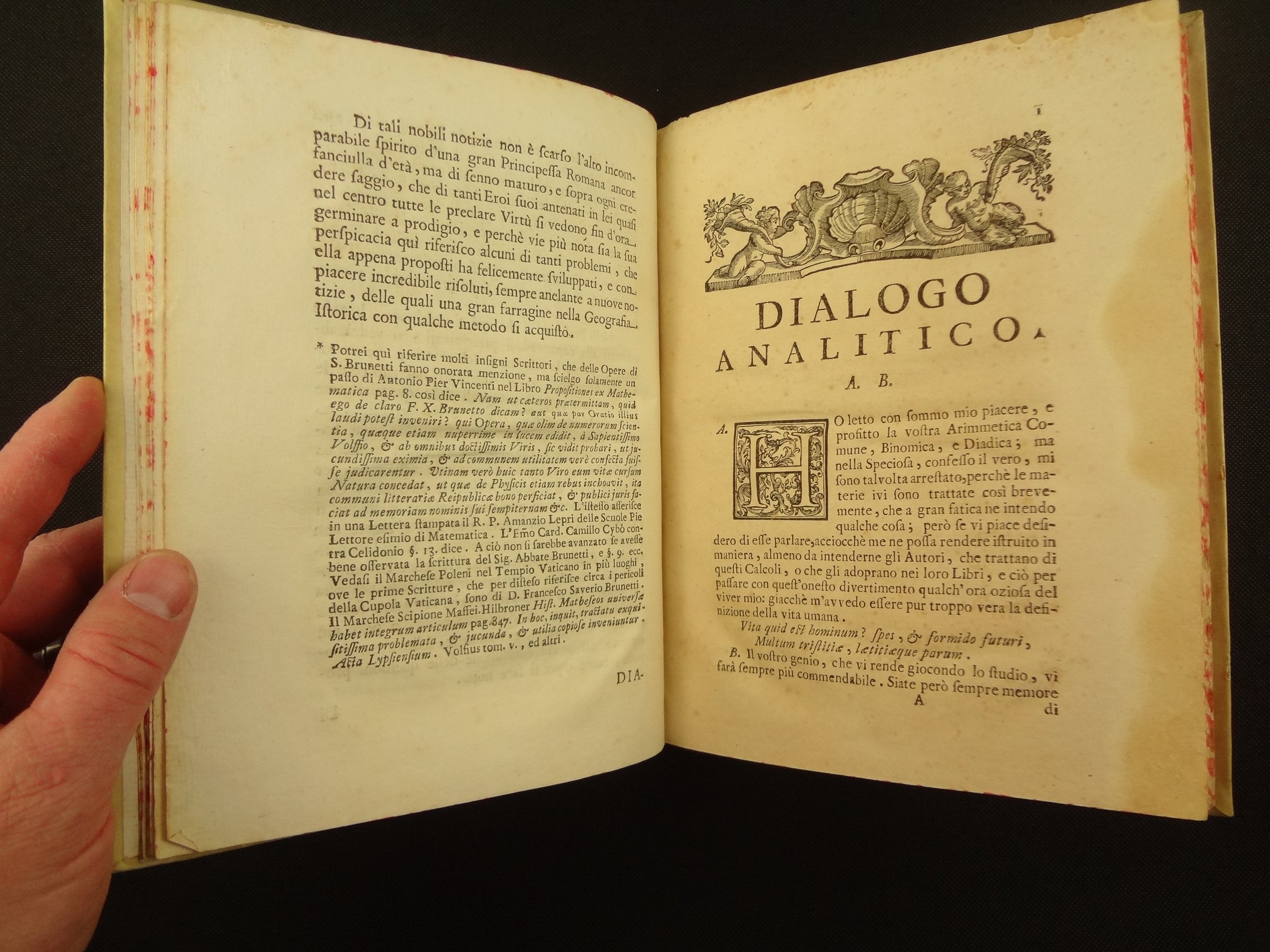 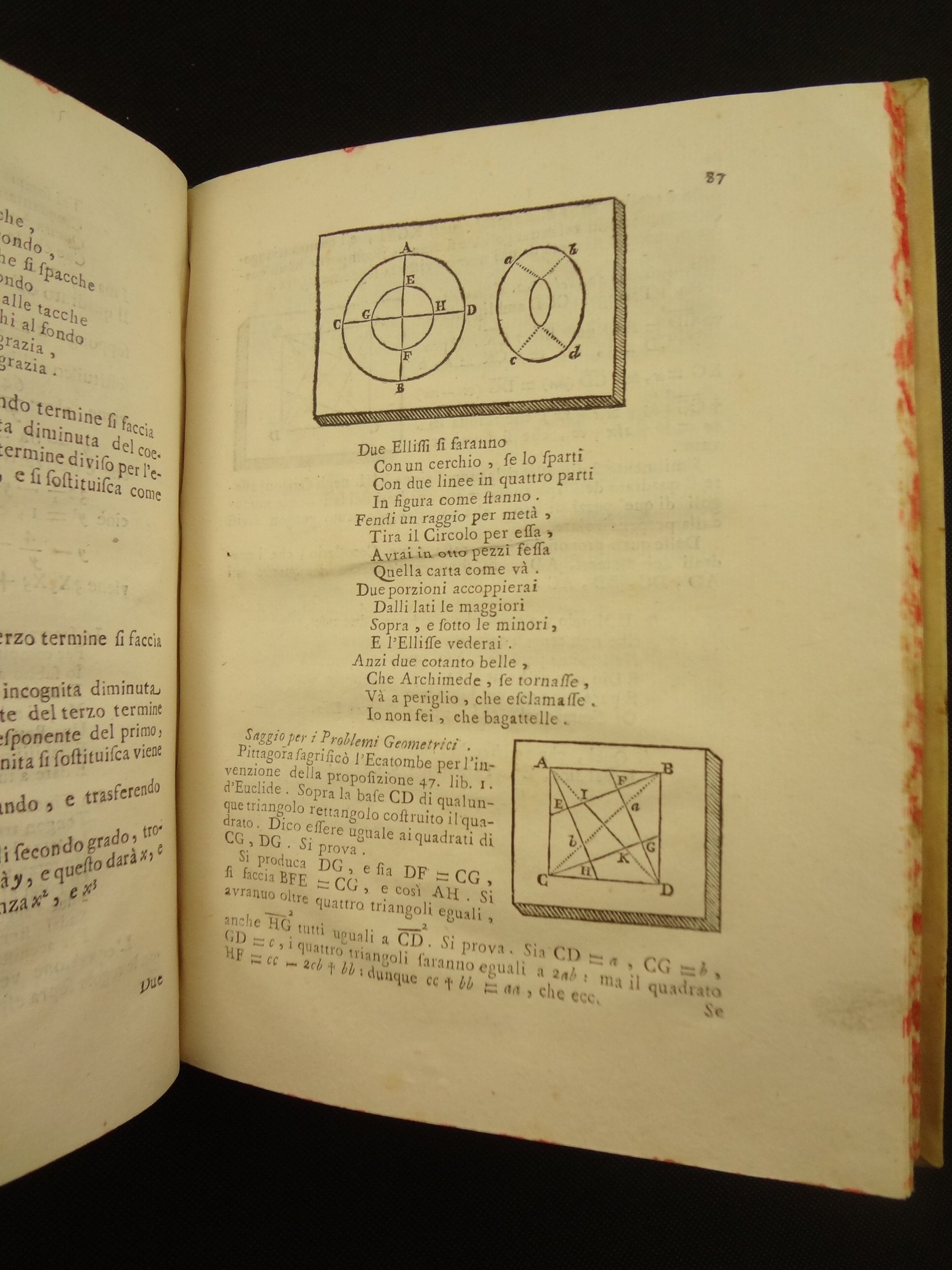 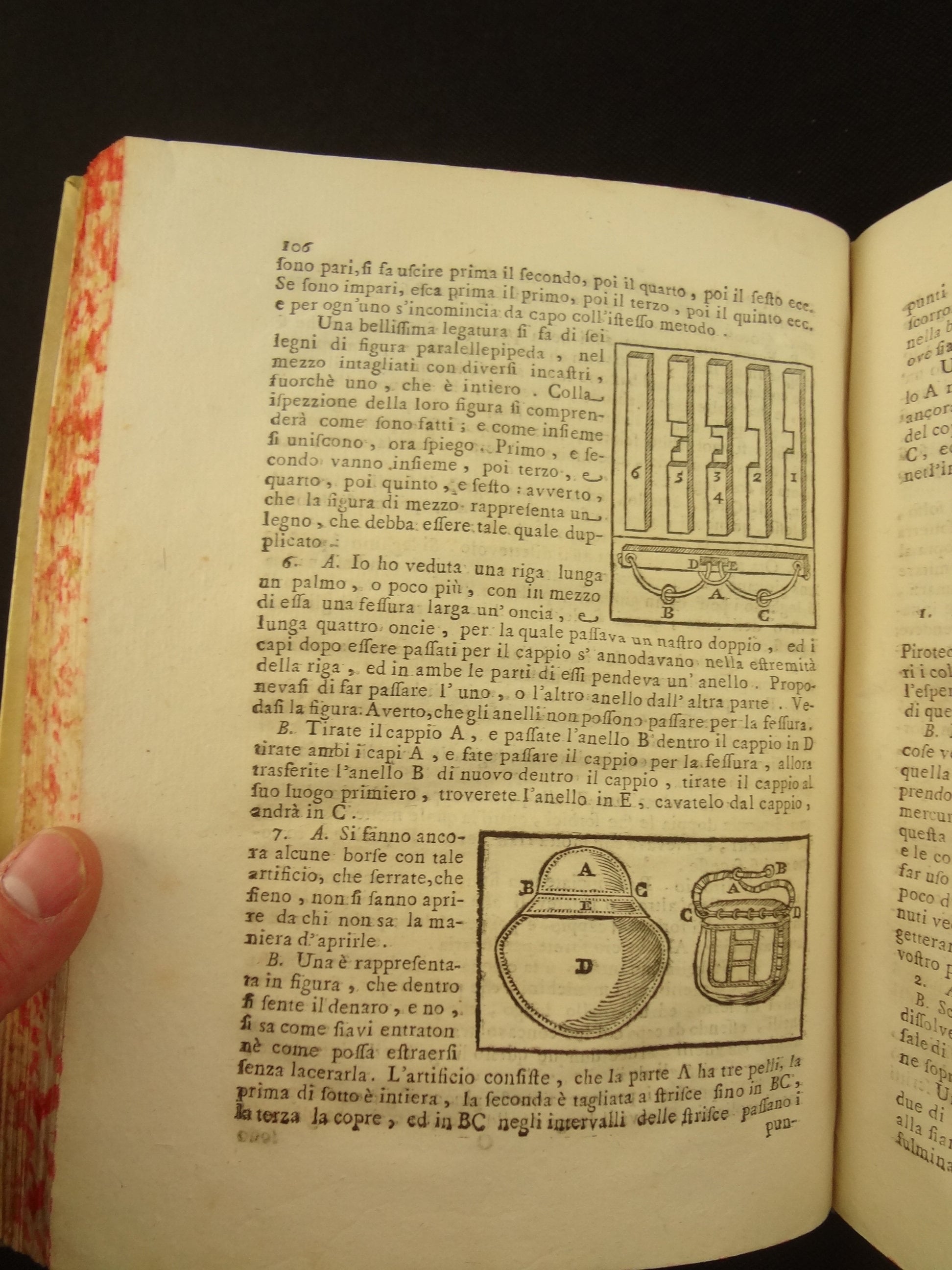 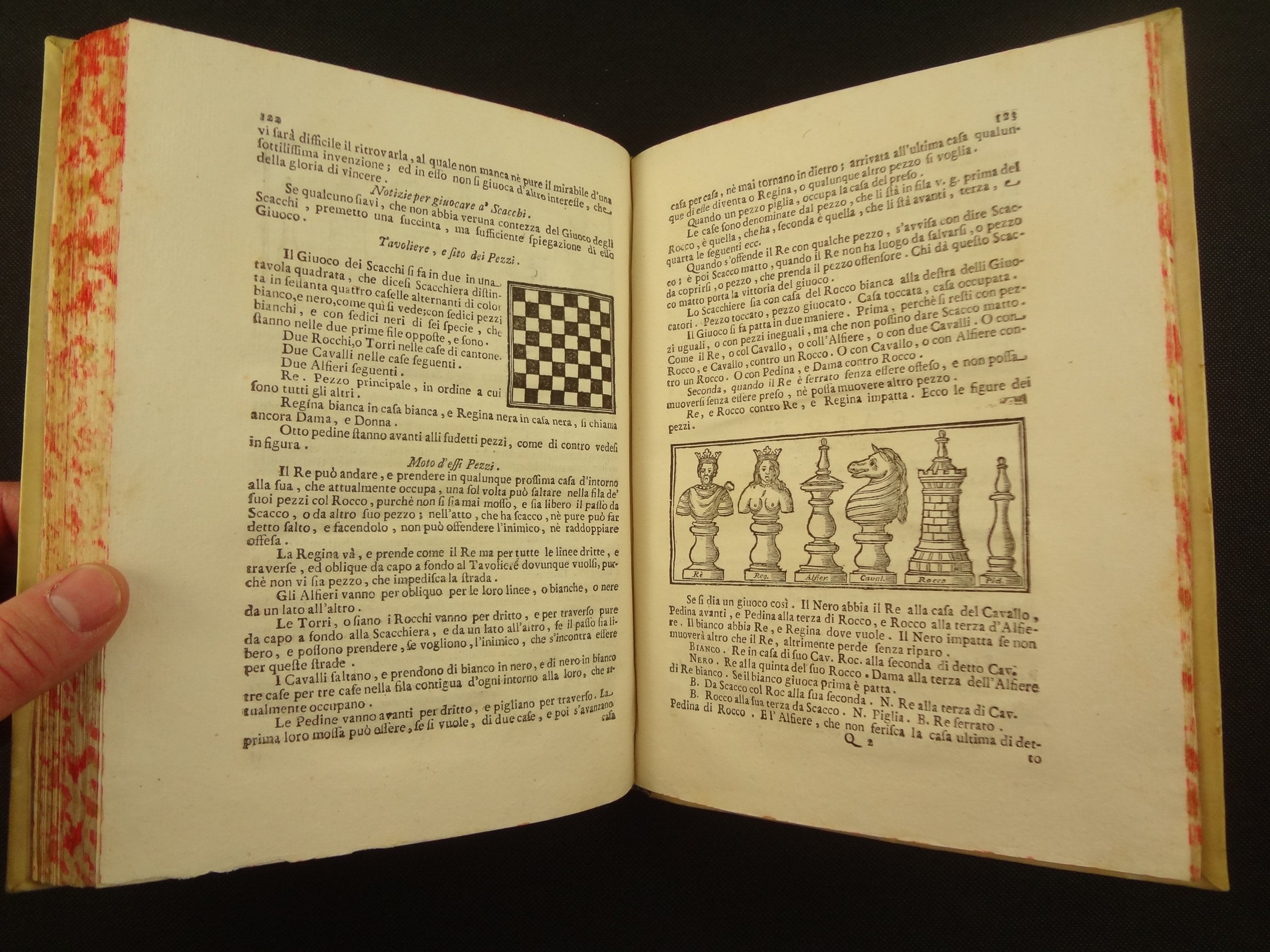 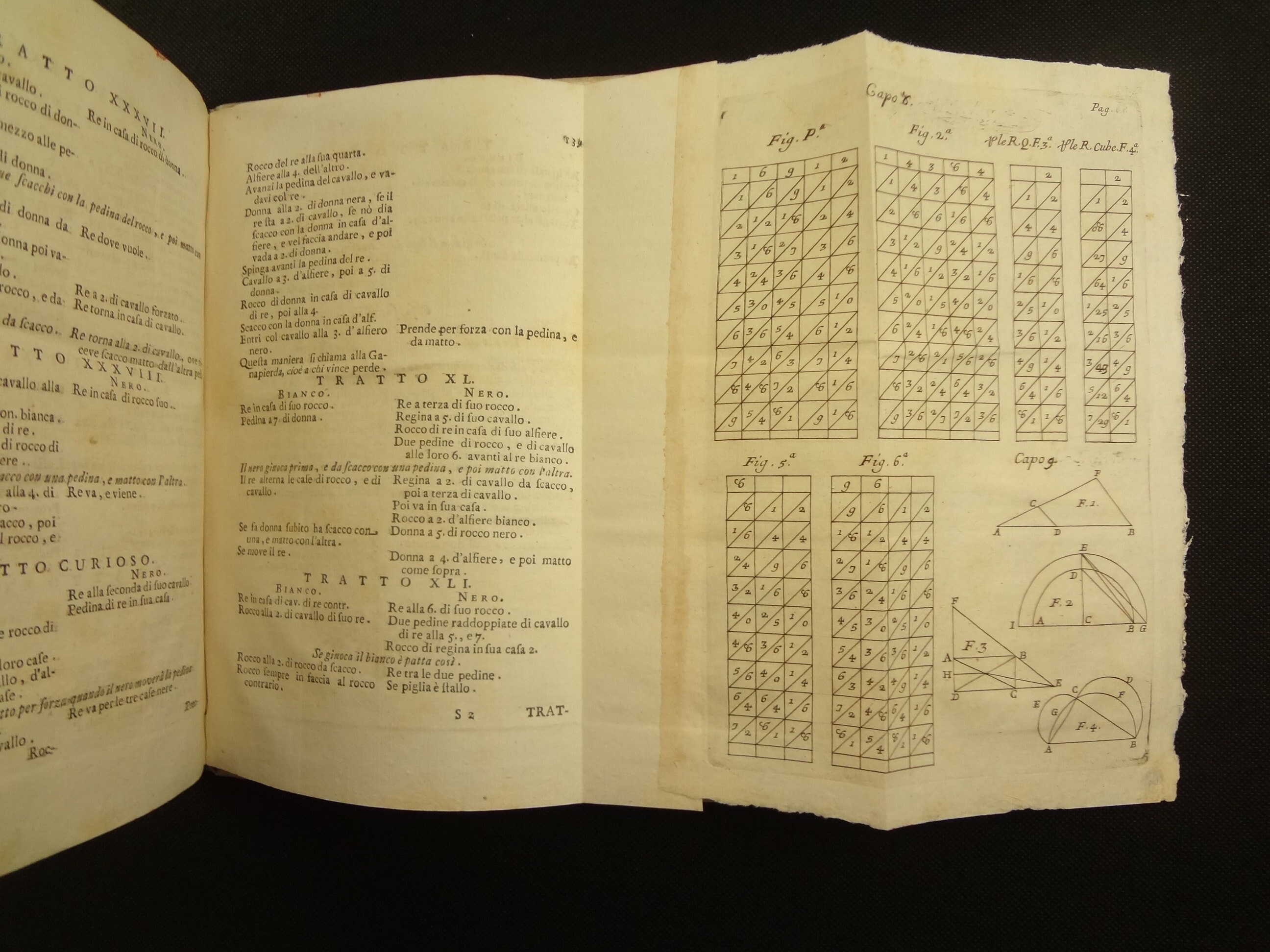 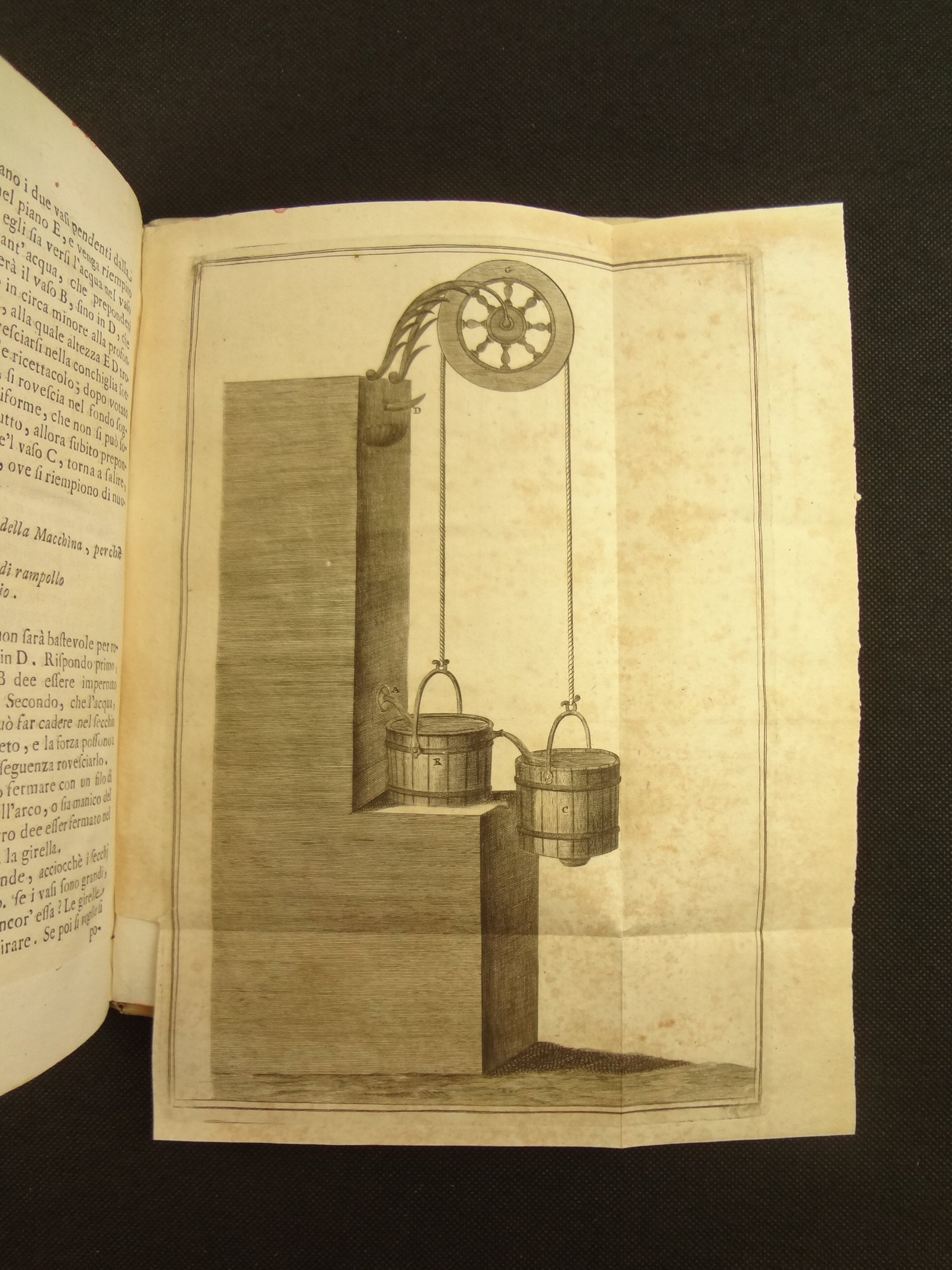 I am not fluent in Italian: I take the impression, from the 1st page, that a woman wrote him telling him that his work on solving equations, using a binary technique, was overly complicated, and the application of which dealt with too quickly. This book is Brunetti's response, showing practical examples of how to apply mathematical concepts to life. In such, he includes a number of chapters with different examples, including chapter ten, which delves into chess. The last chapter proposes a perpetual machine for water lifting; perhaps to feed a water feature, until water losses required refilling (perhaps it was used in 18th century Italy as they did like their gardens).

"Francesco Saverio Brunetti was born in Corinaldo in 1693. From the earliest age he gave studies to the Mathematical and Philosophical Sciences. He moved to Rome in 1711. He advanced rapidly there, particularly in the aforementioned sciences, which were taught to him first by the Convittori del Seminario Romano, and then by the Cistercian Padri of Santa Croce in Gerusalemme, then by varying Roman Characters, among whom are the Card. Mattei , Monsig. Baldassarre Čenci, Monsig. Albani, la Sig. Duchessa d'Arce, and Sig. Principessa Giustiniani. Brunetti was also the chaplain of the Supreme Pontiffs Clement XII; Benedict XIV; and in 1759 Clement XIII. He is the brother of Fr. Francesco Felice Brunetti. – (Gli scrittori d'Italia, Conte Giammaria Mazzuchelli Bresciano, p. 2174, 1793)"

See pictures. Fairly clean, but the vellum has tightened pulling the board edges back to make the book slightly splayed. Top edge has almost no dust, indicating it's been kept in a closed bookcase. One tiny worm hole at top of spine. Blank flyleaves removed at both ends (likely used to repair another book from the period).

Several erased pencil note remnants on pastedown. Text block has the occasional rust and fox spot throughout. 2 cm worm track on 2nd title page, with light thumb at corner. .5 cm hole near top edge of *2. Starting at signature A, and continuing through D (p.32) toning to pages with a moisture mark in fore-edge margin (does not extend into text). Chip at top-edge of page 15. Occasional toning later in book, but mostly free of it with wide margins. Thumb at top of 131. Two fold-out plates fairly toned. Pencil bibliographic notes on rear pastedown. Mostly a handsome and clean book, with only some toning and foxing.