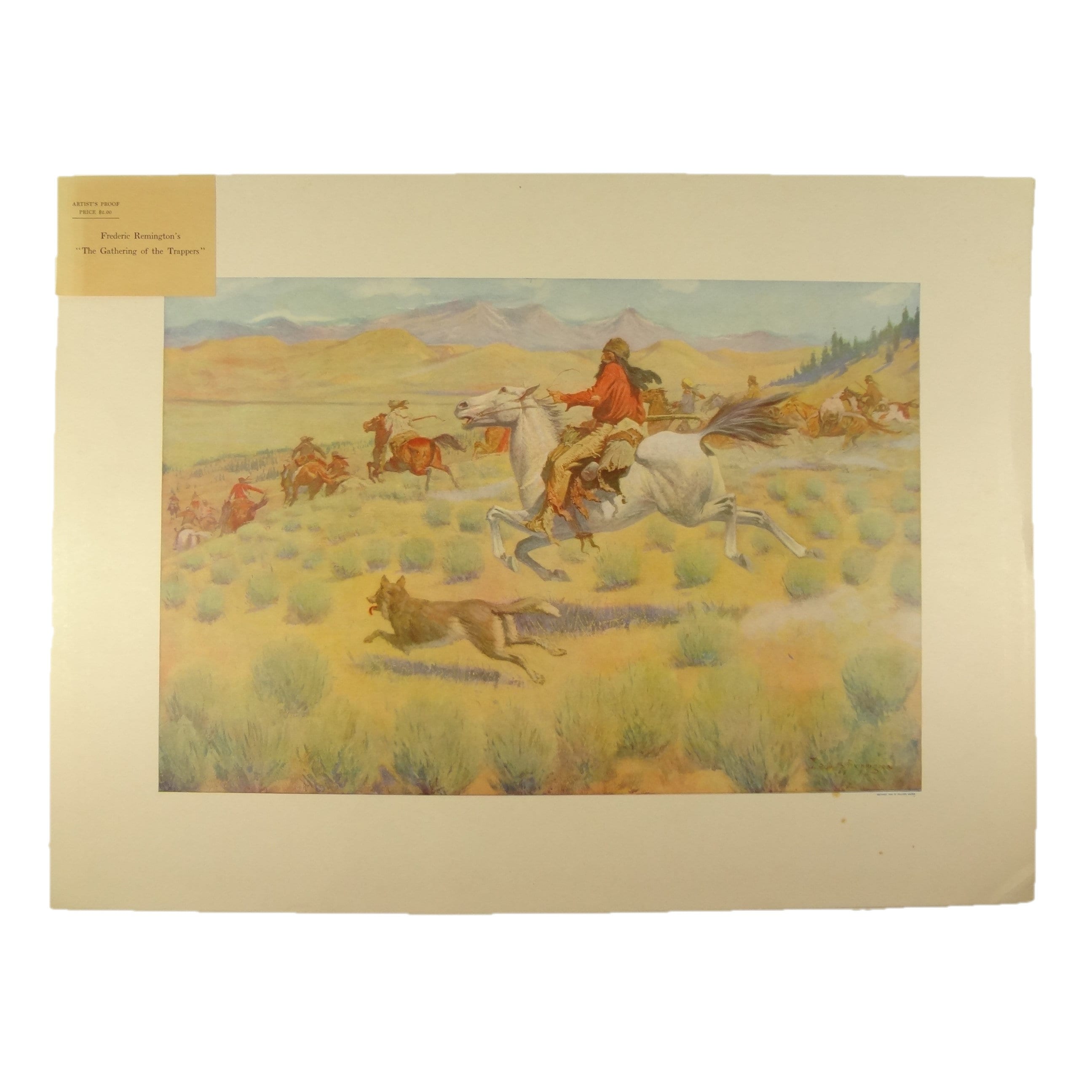 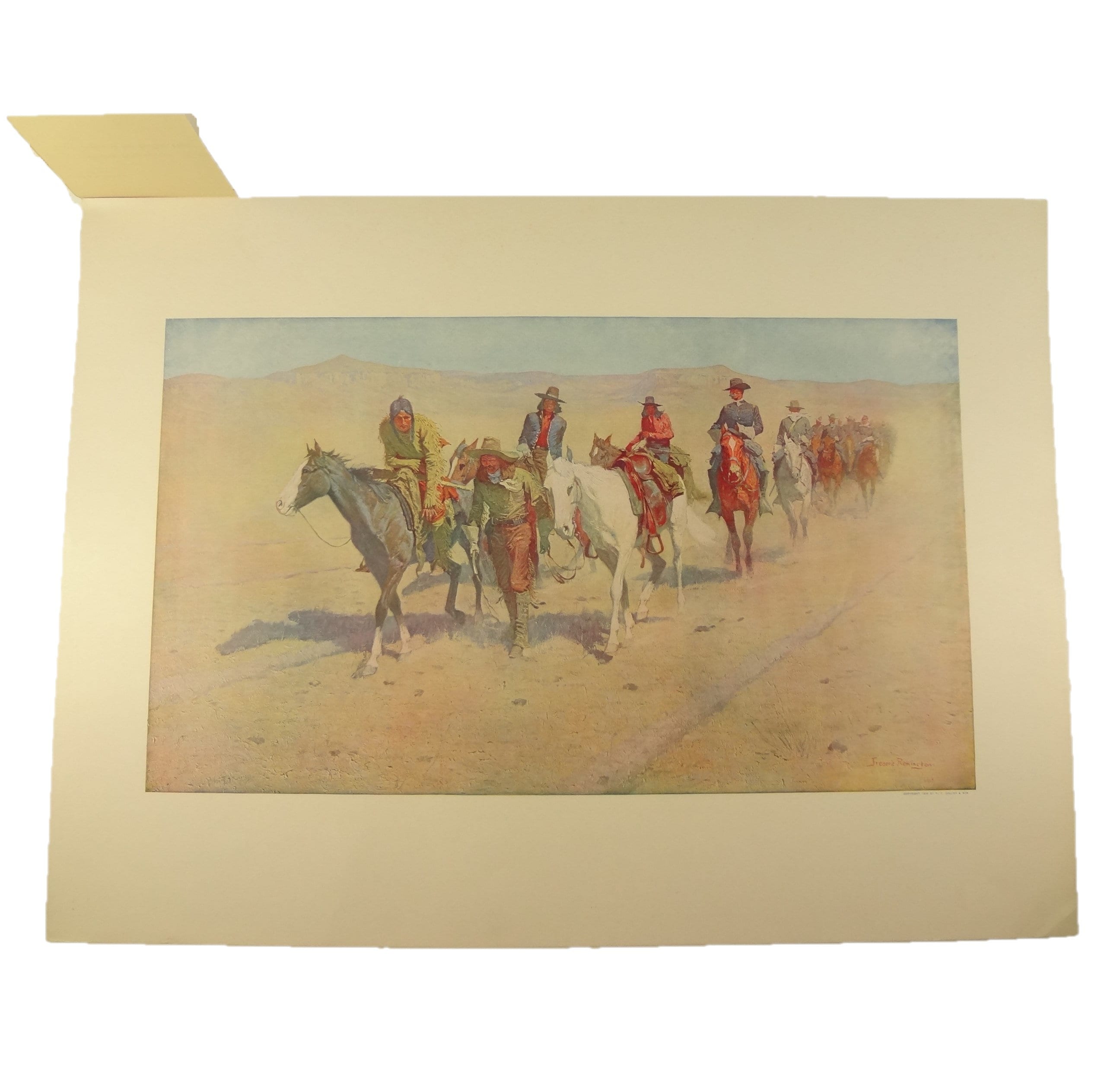 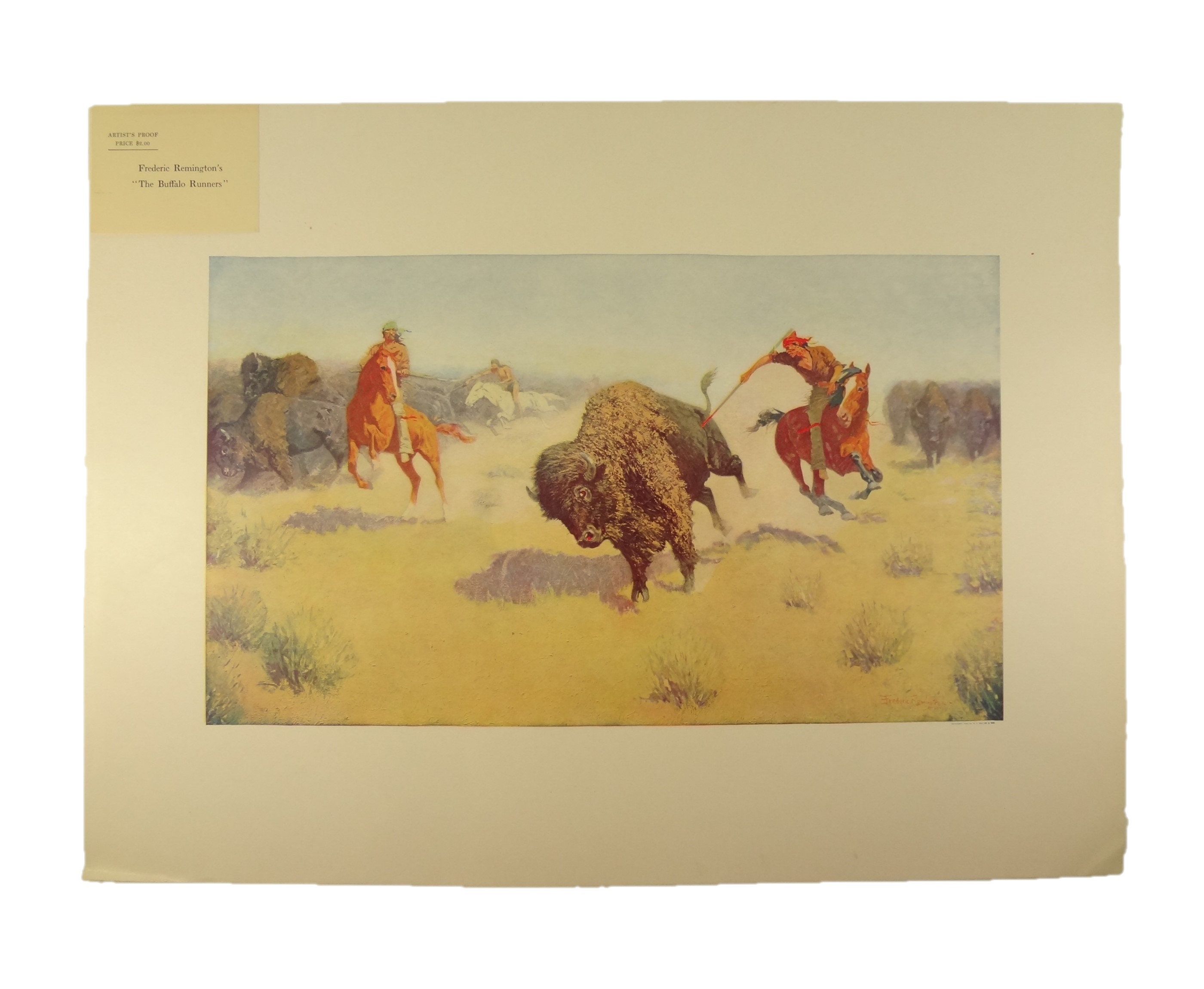 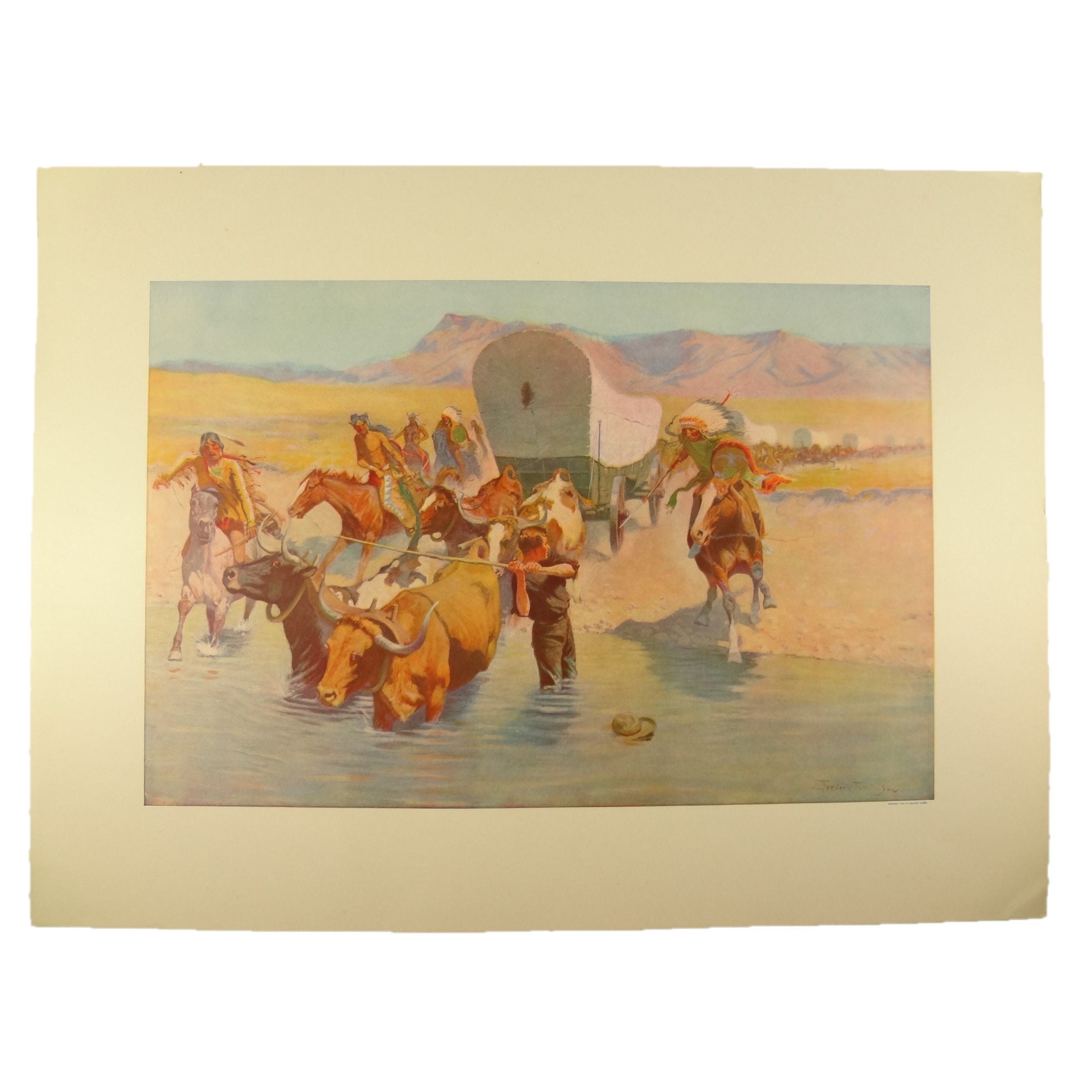 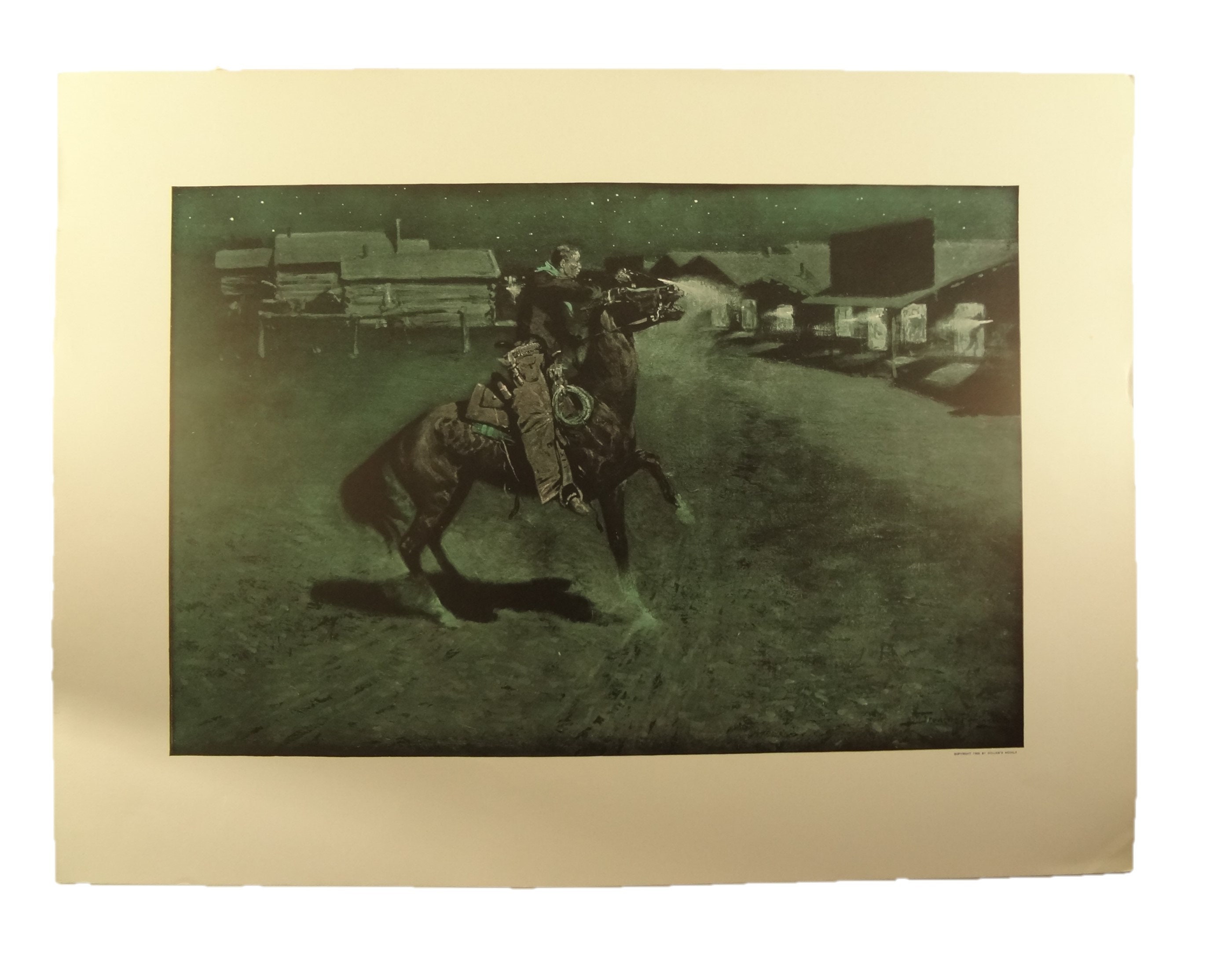 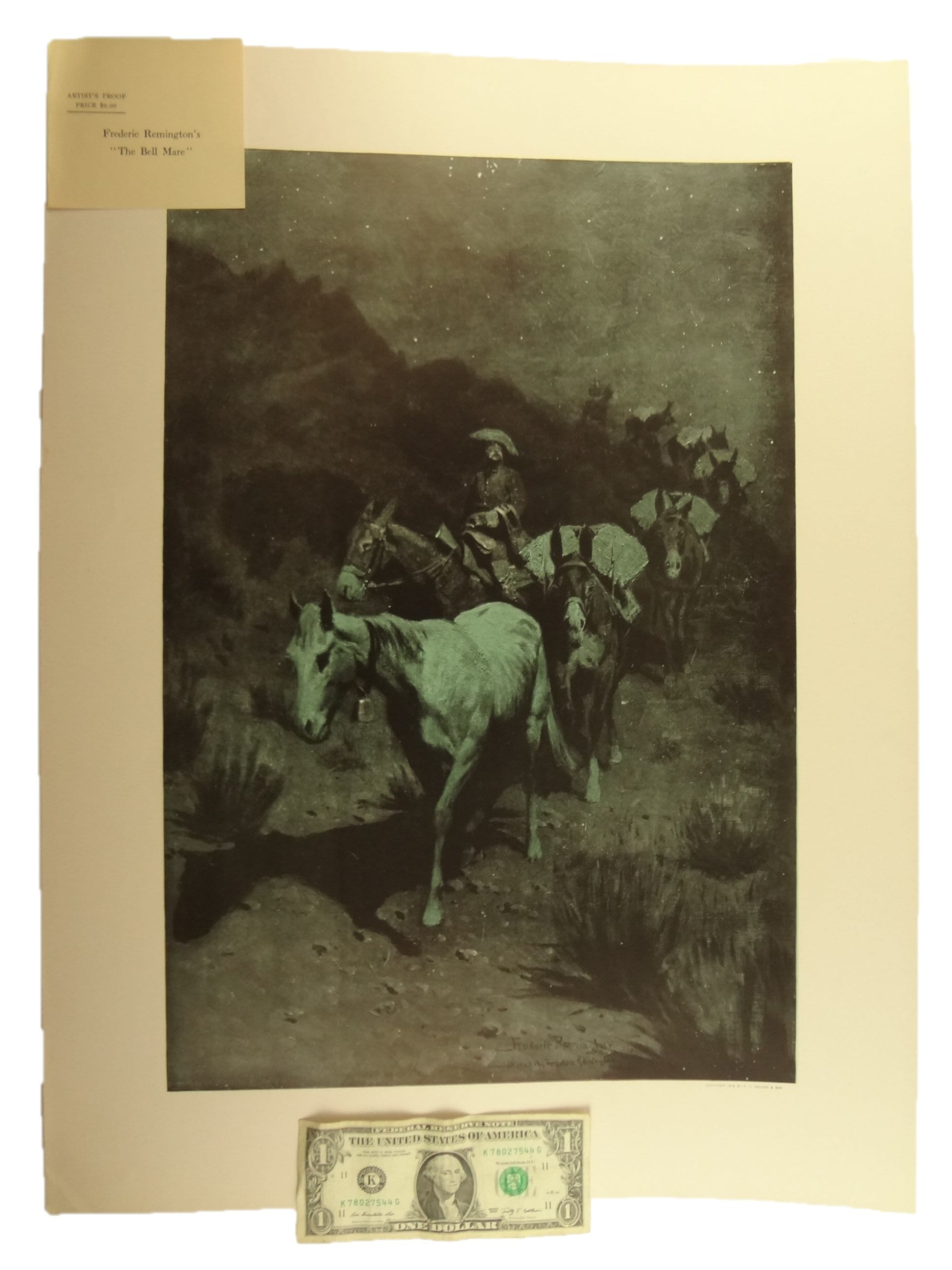 Six handsome, large (24 x 17.5") prints of Frederic Remington, in their original hardcover bifold. In 1903 P.F. Collier signed a contract with Remington for a series of his works. Prints of the works produced under contract were made available to collectors. These prints are wonderful examples of Remington's ability to capture the raw, wild, exciting, and colorful West.

These six still retain their original title/price tag flap, as well as the hardcover bifold they came in. They have been protected by tissue, which eliminated ghosting and other issues that can sometimes occur in a portfolio of prints.

Included are: 1. The Gathering of the Trappers, 2. The Emigrants, 3. An Argument With The Town Marshal, 4. The Bell Mare, 5. Pony Tracks in the Buffalo Trail, and 6. The Buffalo Runners.

See pictures. Bifold has some wear at edges and a few rub marks; some fraying along spine cloth and small spots of moisture at top and bottom edge of cover only (no prints inside show any tide/moisture marks).

All prints protected by tissue. Some of the corners have been bumped, meaning there is a crease mark right at the corner of the sheet (nowhere near the print). Some of the sheets darken just a little by the edges. Emigrants has a one pin-head sized rust spot at top margin. Two pin-head rust spots in margins of Buffalo. Pony tracks has very light foxing in the upper-right margin. Trappers has four rust spots at the bottom right margin, these are about 1 cm each and the highest one touches the bottom edge of the print.

Mostly, these are clean, bright and attractive prints that have been protected well for the last one hundred years.