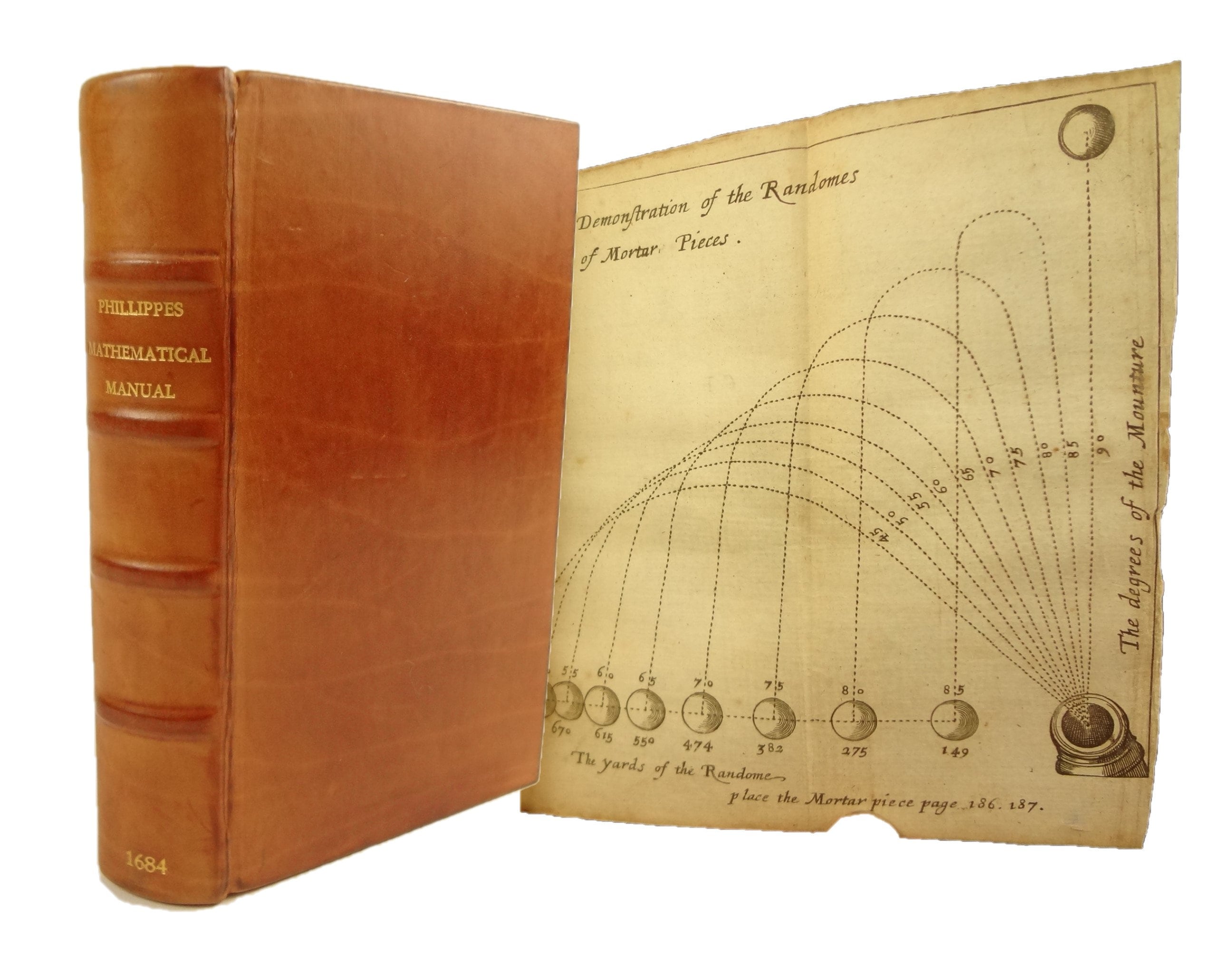 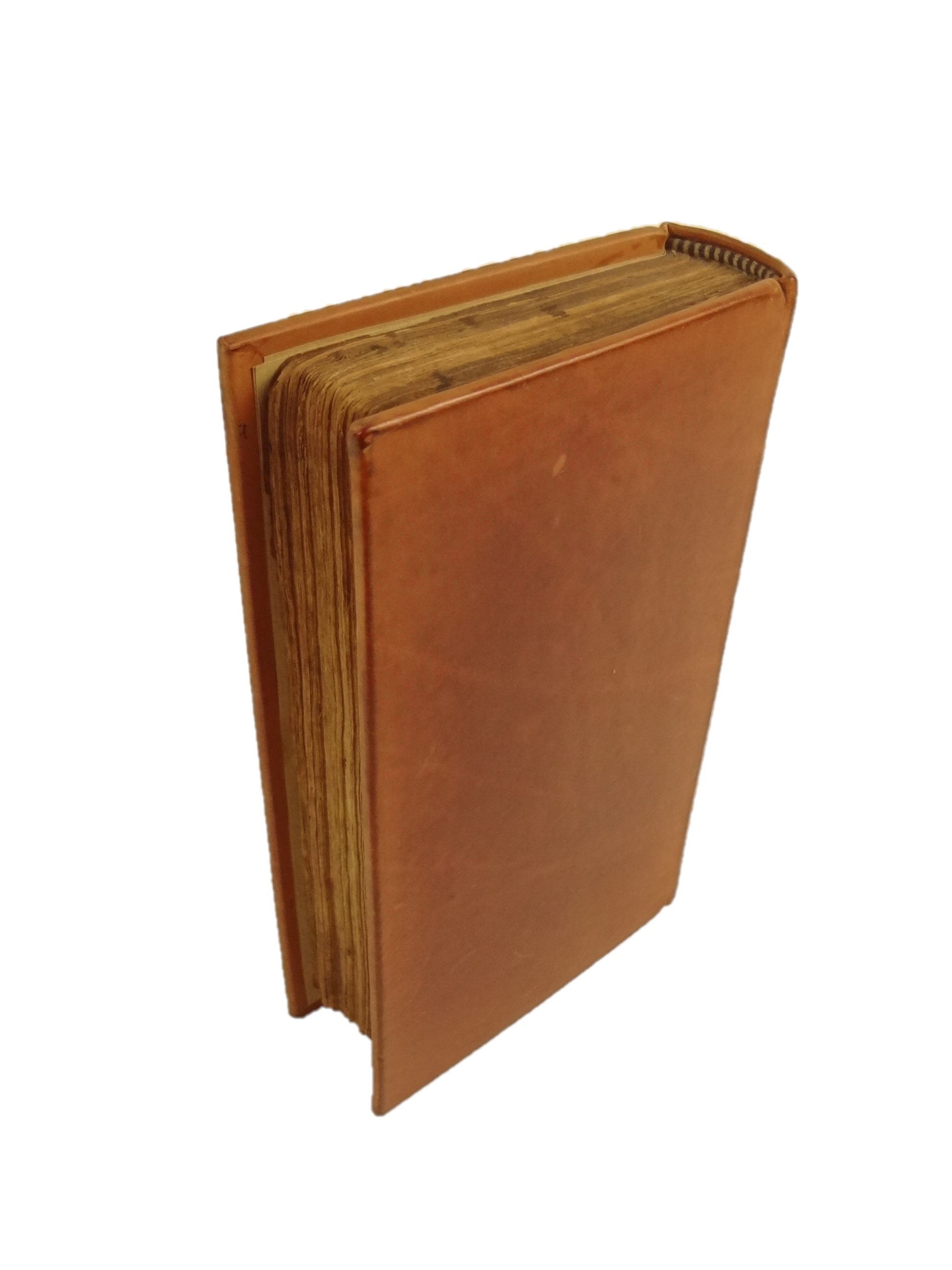 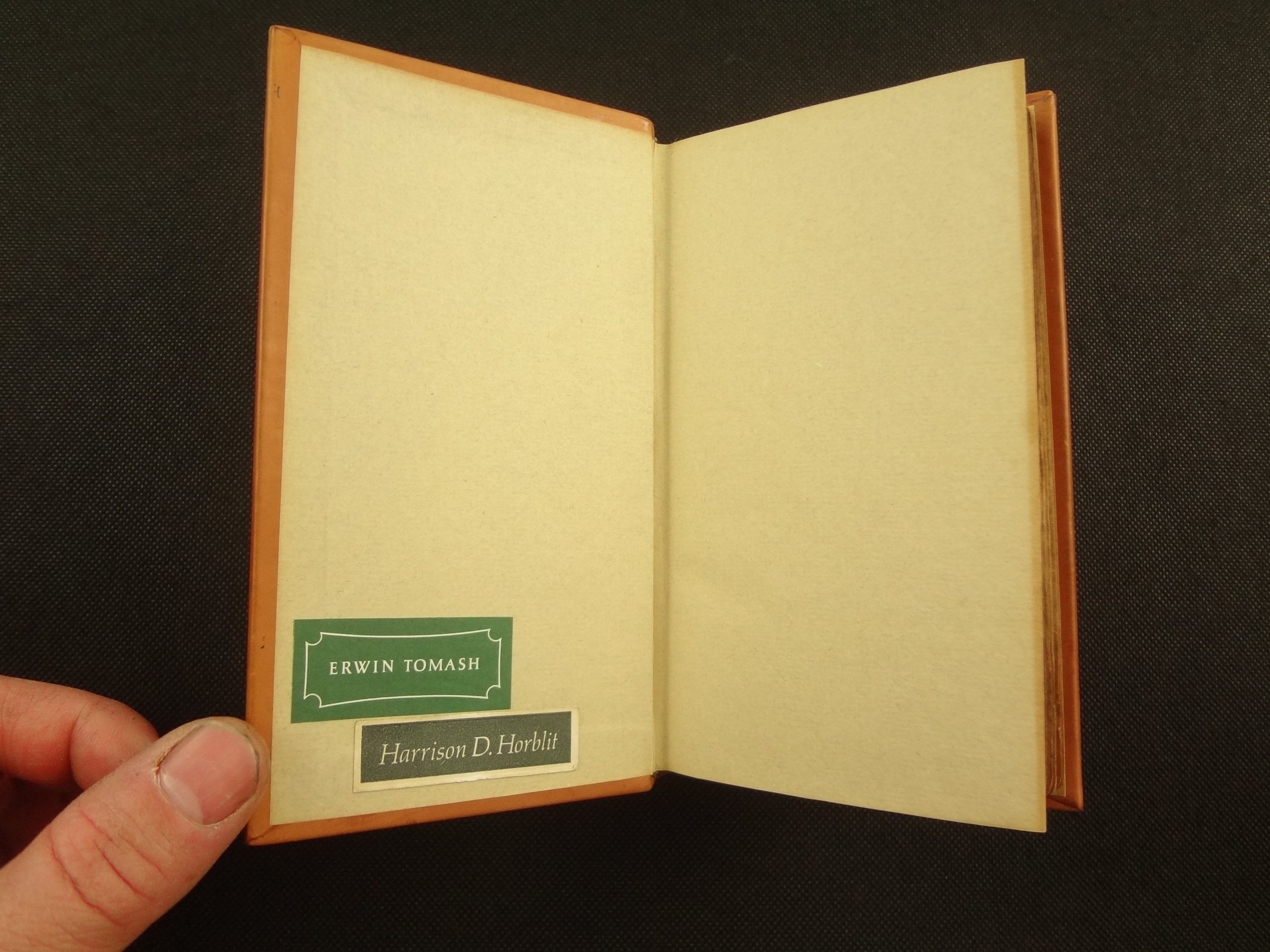 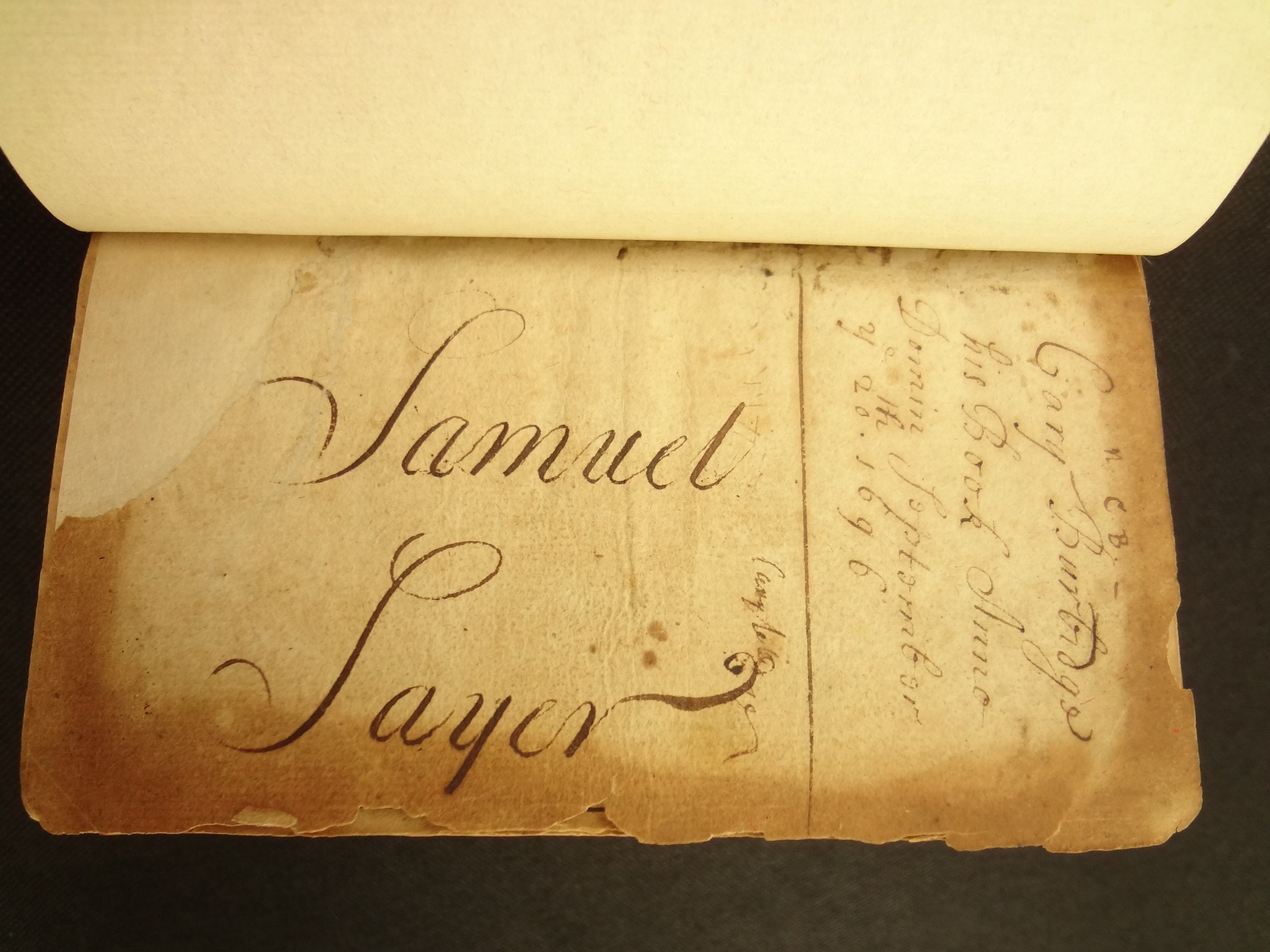 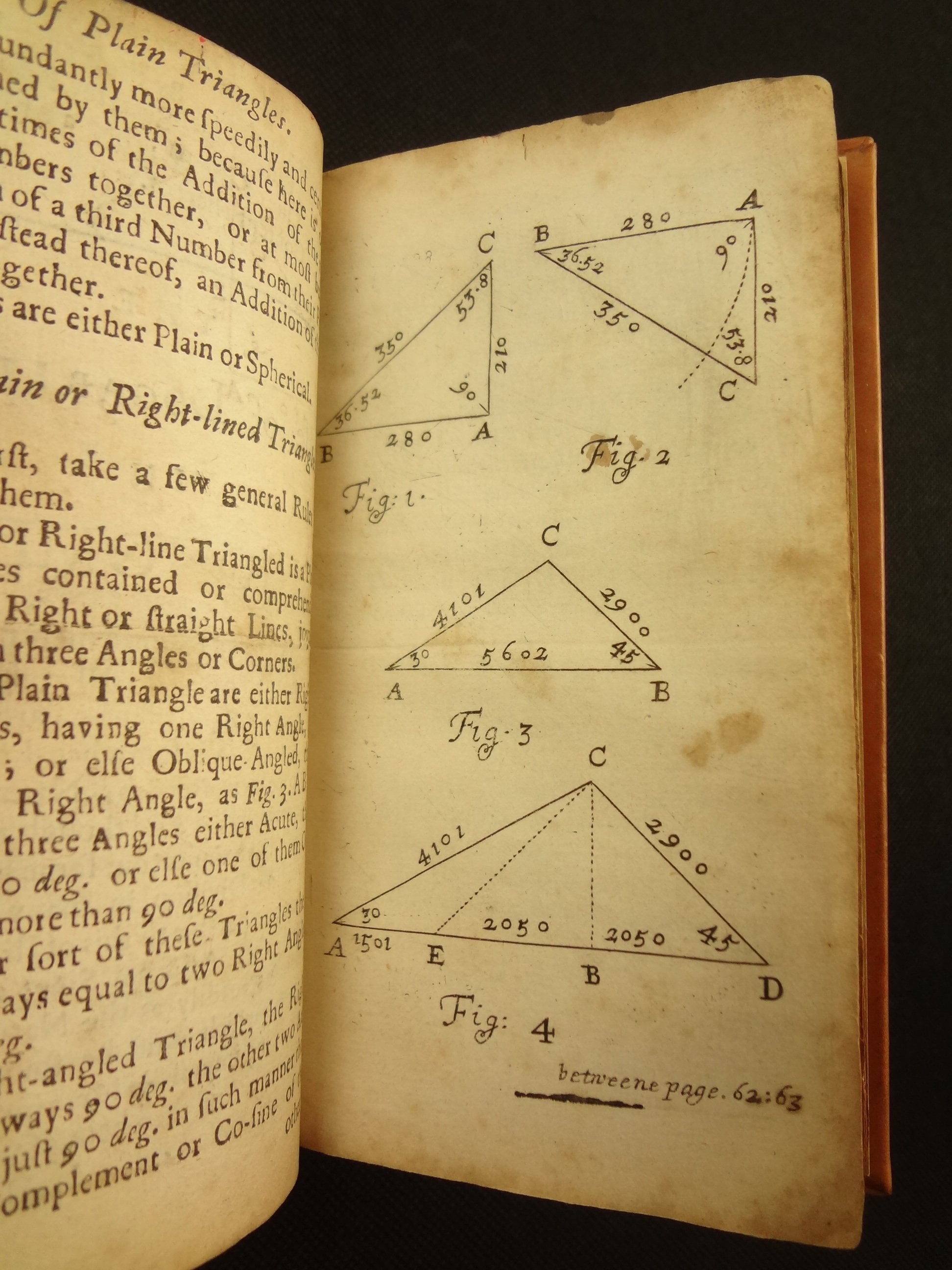 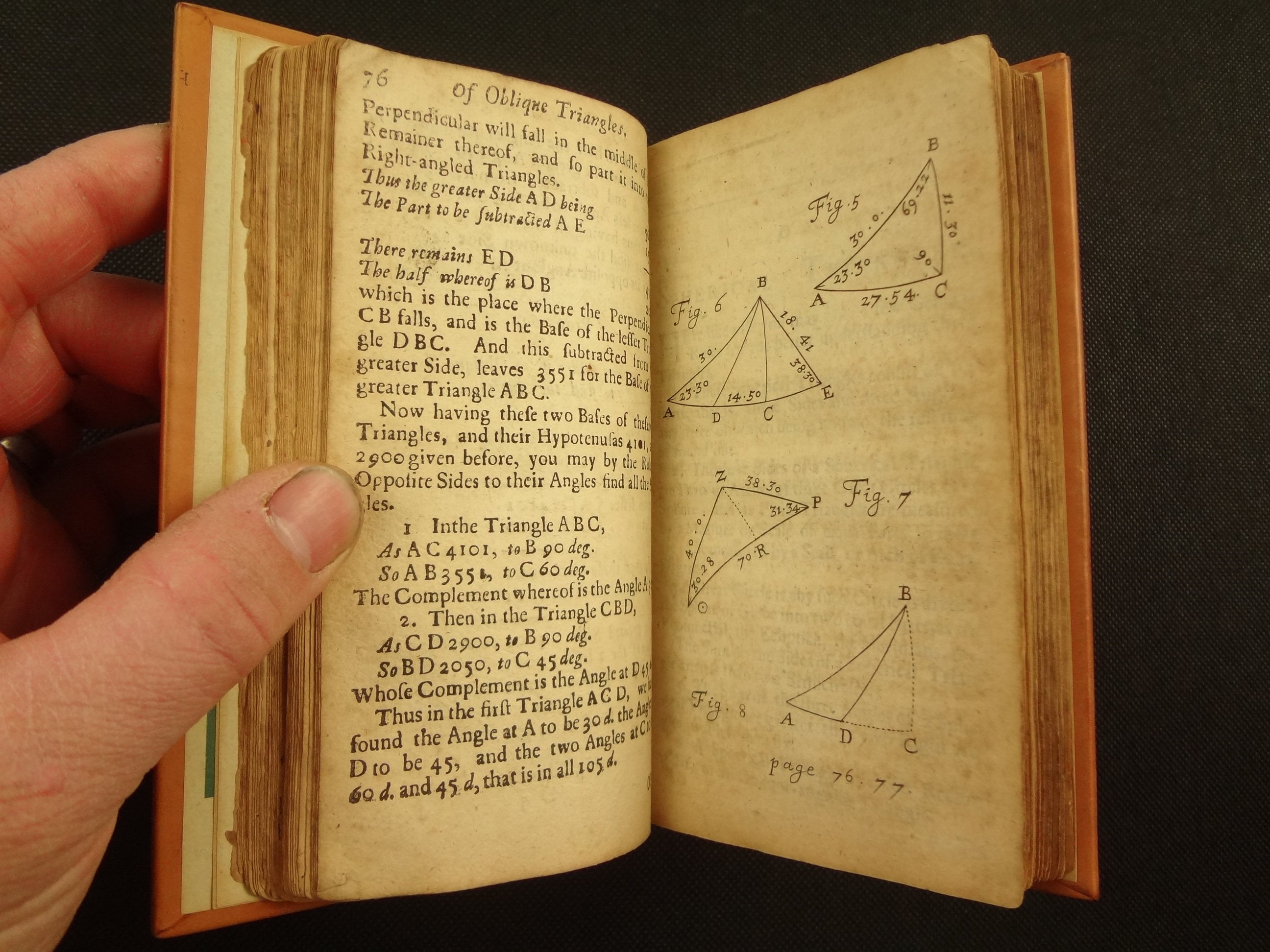 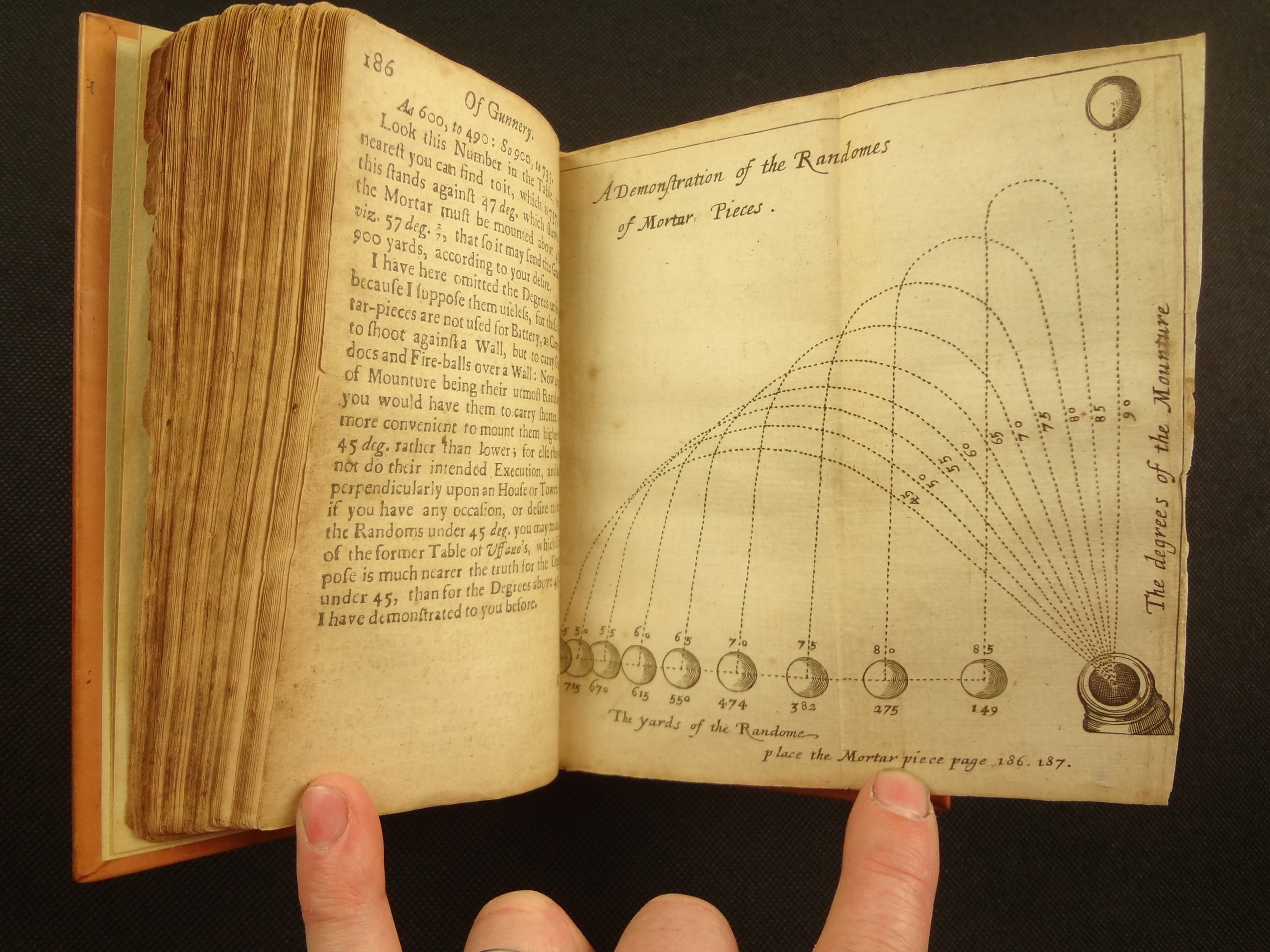 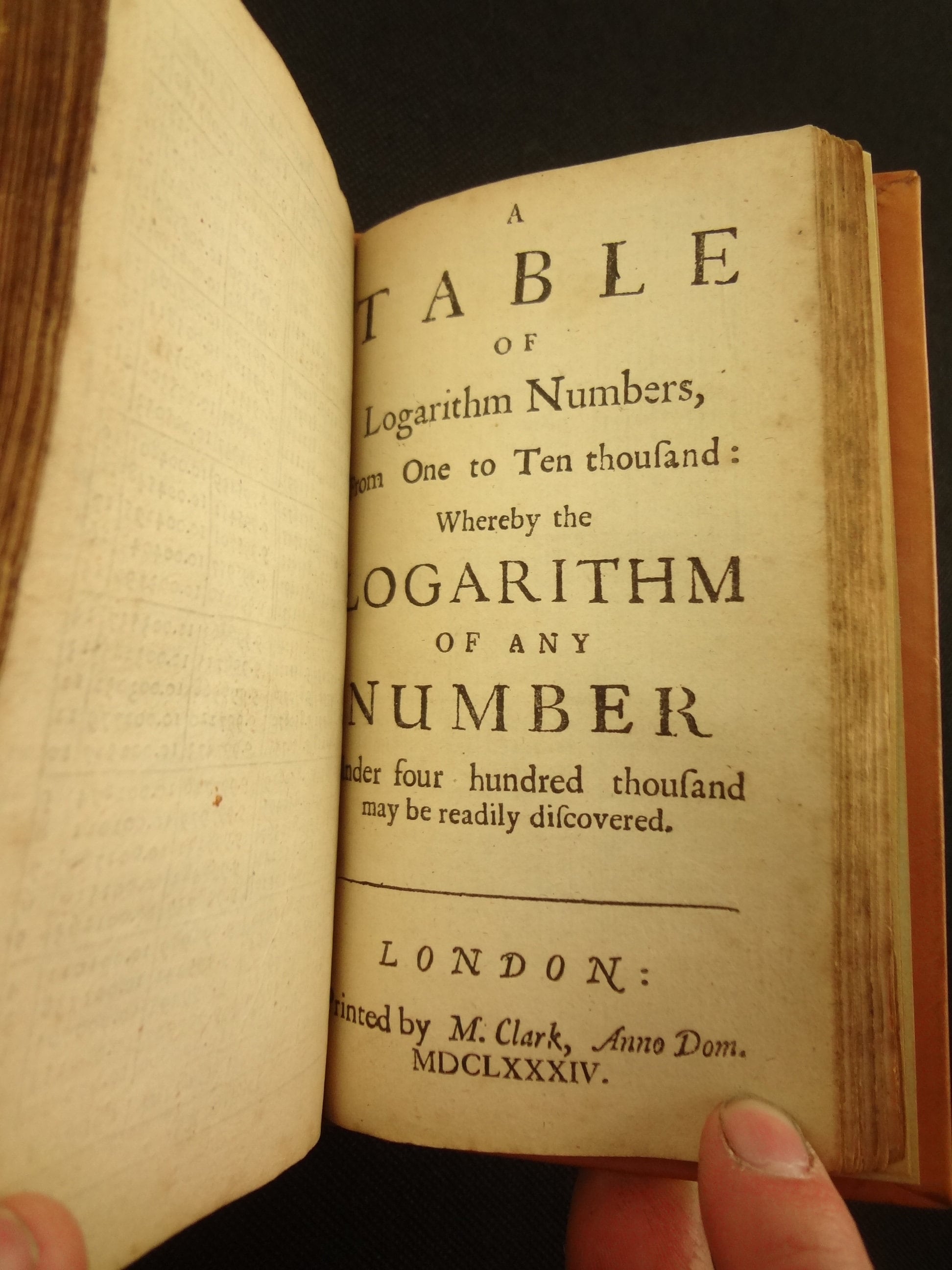 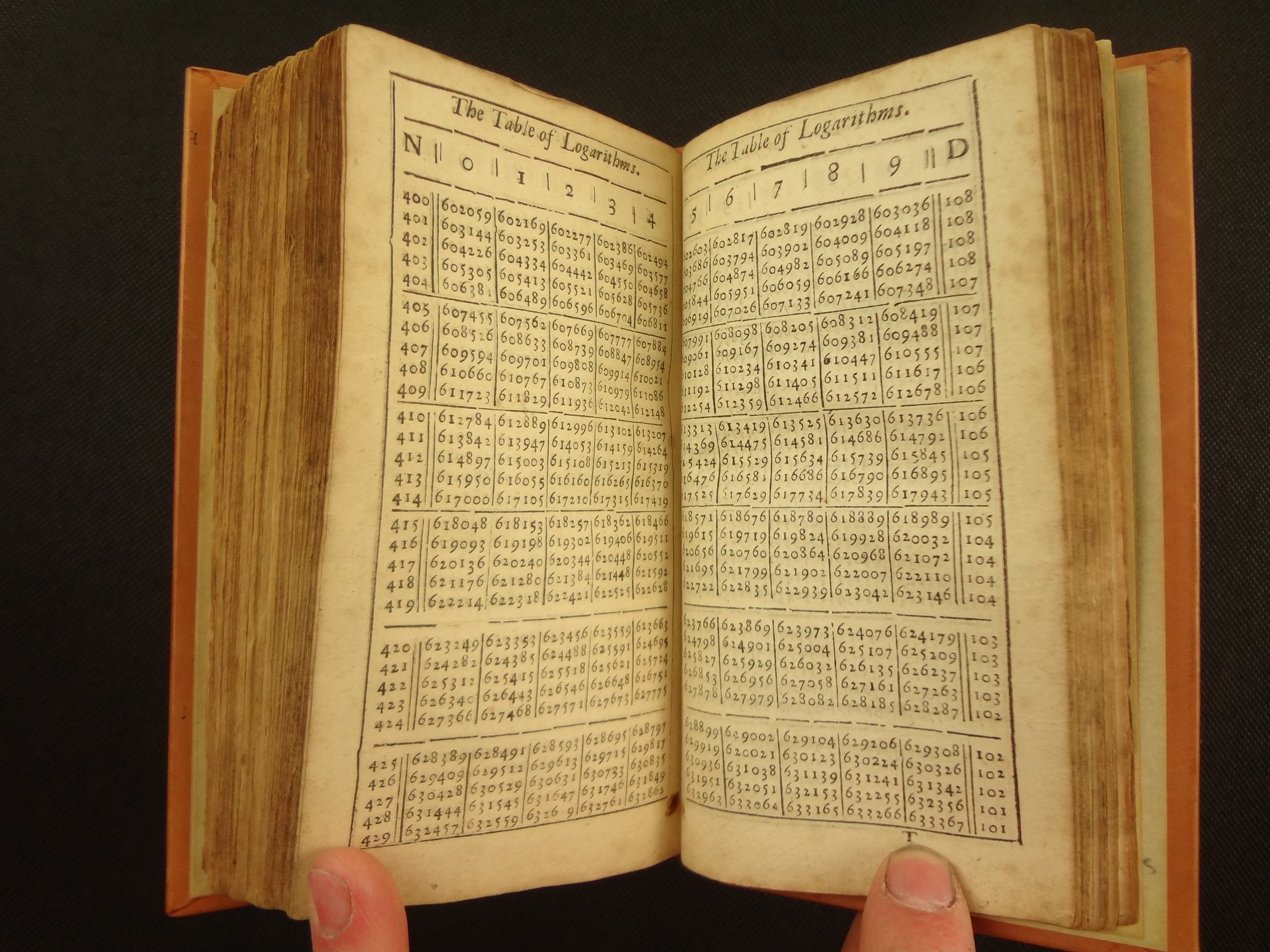 A remarkably useful "Mathematical Manual" from the 17th century, with the provenance of two great collector's of scientific works (Tomash and Horblit), bound in attractive crushed leather binding. With four plates (one fold-out, on artillery trajectories) and many tables of calculated values.

Somewhat scarce, at the time of this listing there isn't a 17th century copy of this book available on the market (Vialibri search 6/30/20) and only two copies of this edition are held in the world's libraries (per OCLC 503785769).

"Although the title page describes this as a table of logarithms of trigonometric functions and the natural numbers, the work contains a large amount of other information. The explanation of the use of the tables in the subjects mentioned on the title page is an understatement. For example, the chapter on geometry also includes a large section on both plane and spherical trigonometry. The section explaining the use of the table in gunnery also details the different artillery pieces, the proportion of the ball to the bore for each, the creation of loading ladles, and ranges for guns and mortars, etc." - The Erwin Tomash Library

With the ex-libris ticket of both Erwin Tomash and Harrison D. Horblit. In the early 20th century Horblit was a renowned collector of scientific works, even exhibiting at the Grolier Club, with a title One Hundred Books Famous in Science. After Horblit, this book entered Erwin Tomash's well-regarded collection, focused on the history of computers.

"Phillippes was a teacher of mathematics, navigation, surveying and gauging. He also wrote several books on these subjects. It is reported by William Leybourn that he lived in a house on London Bridge which gave him ample opportunity to study the tides..." - Tomash Catalogue