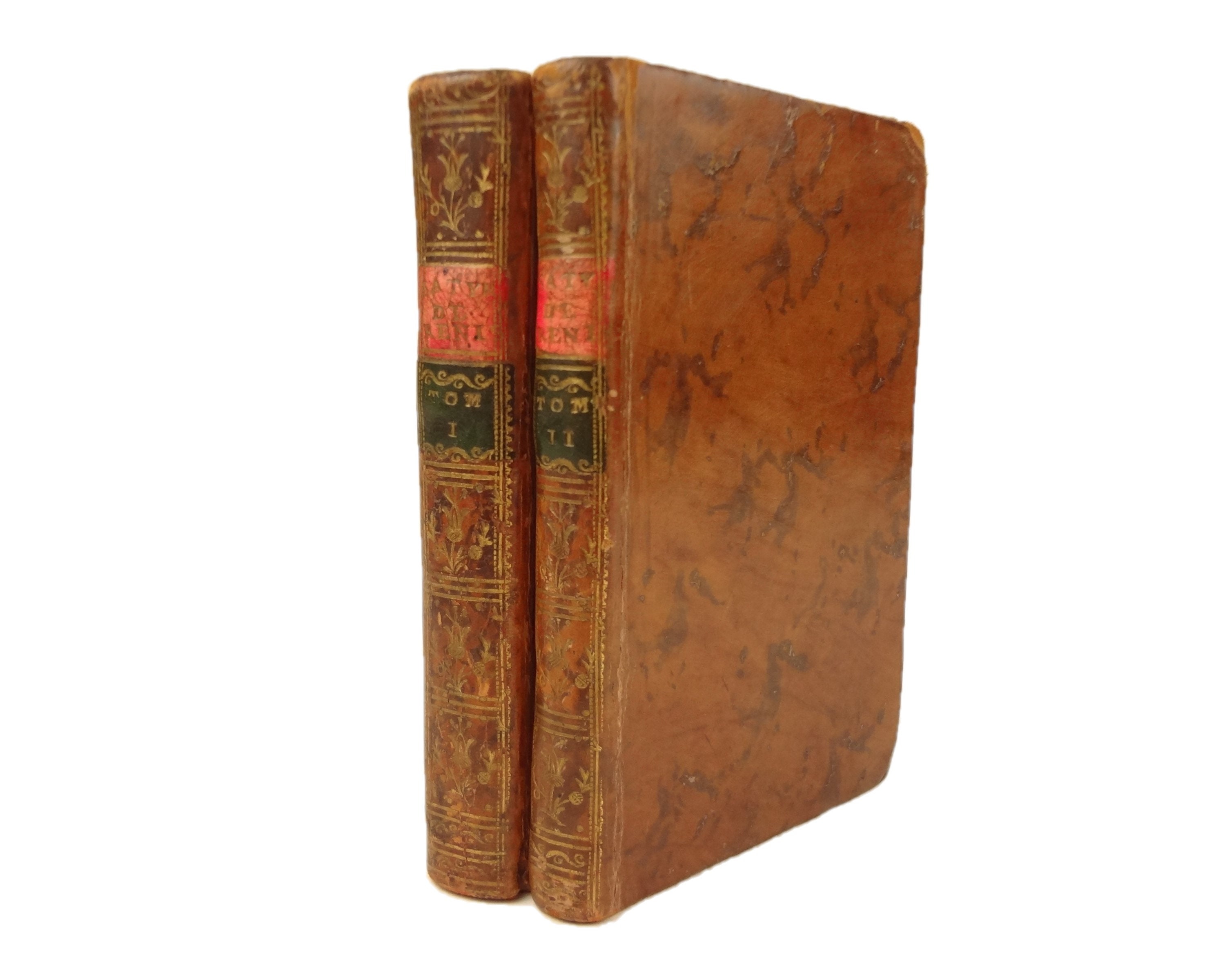 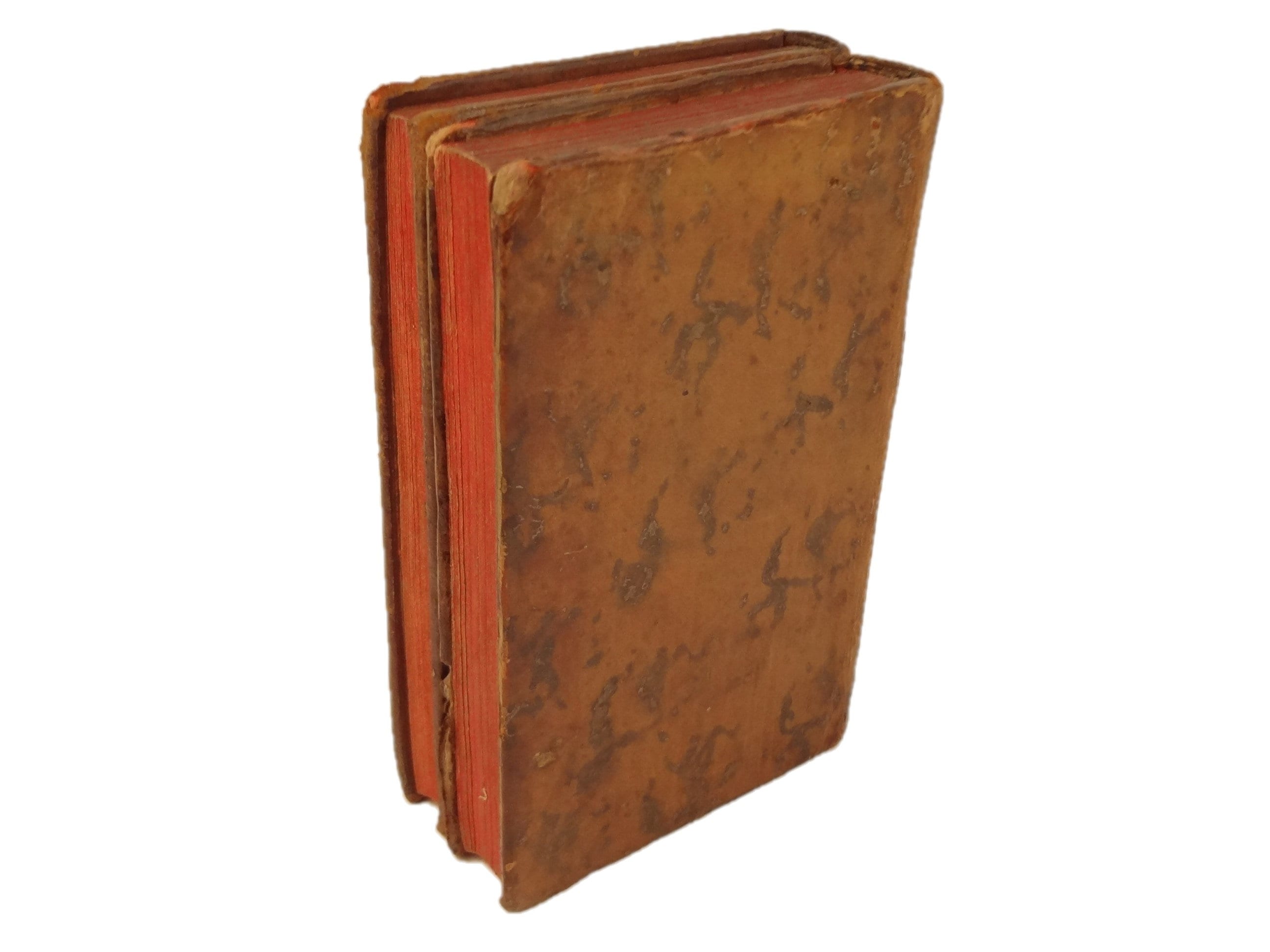 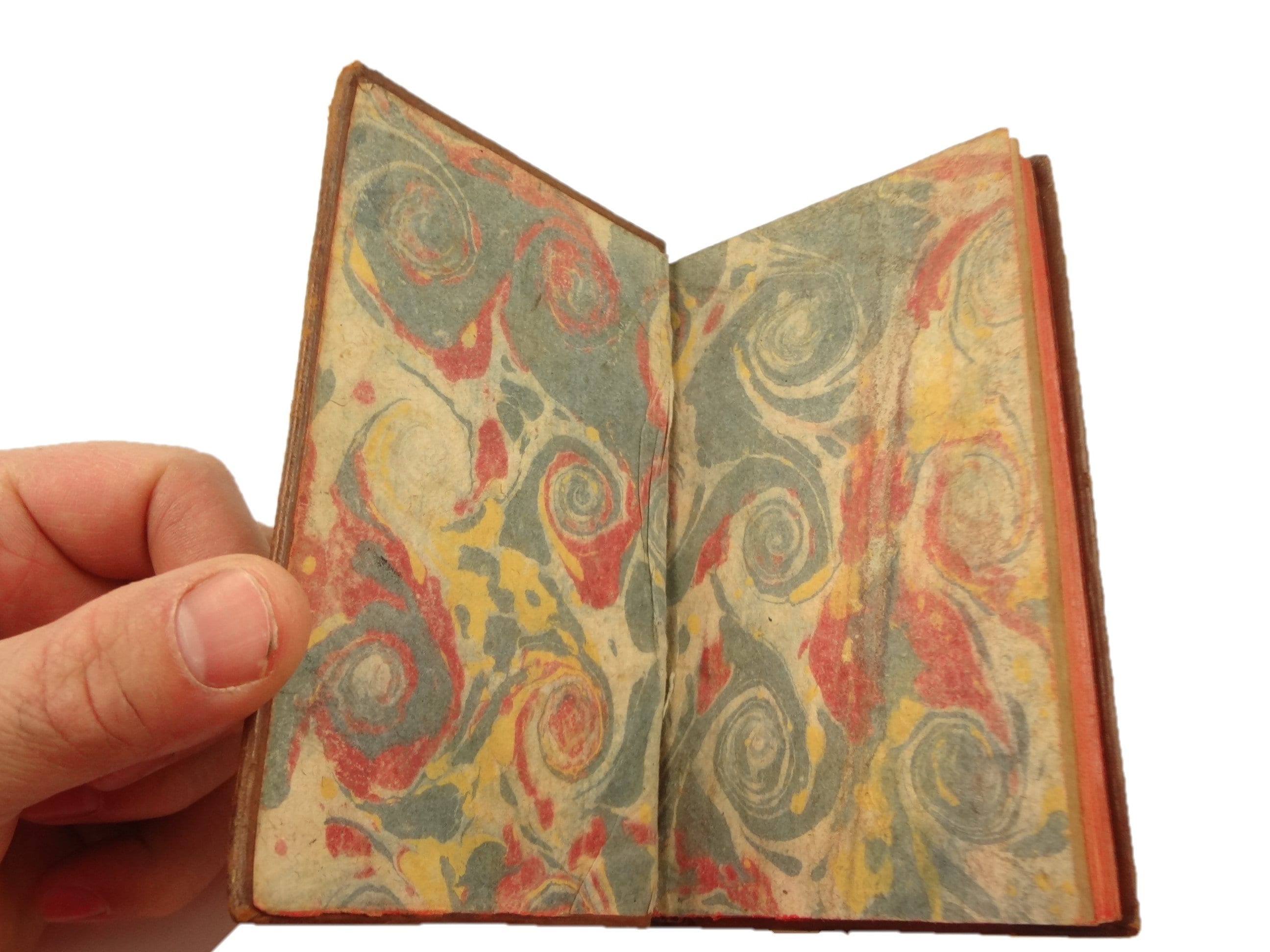 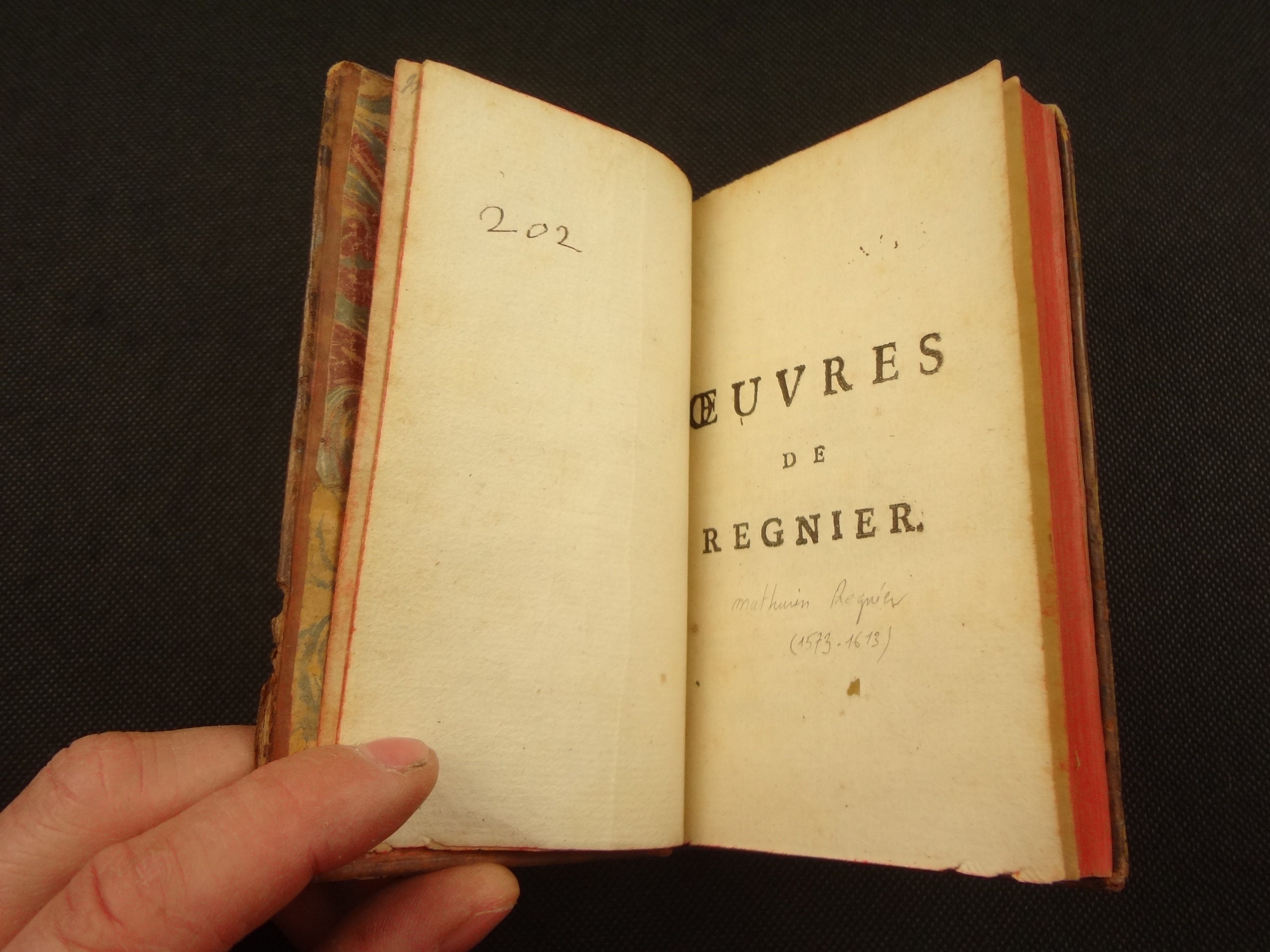 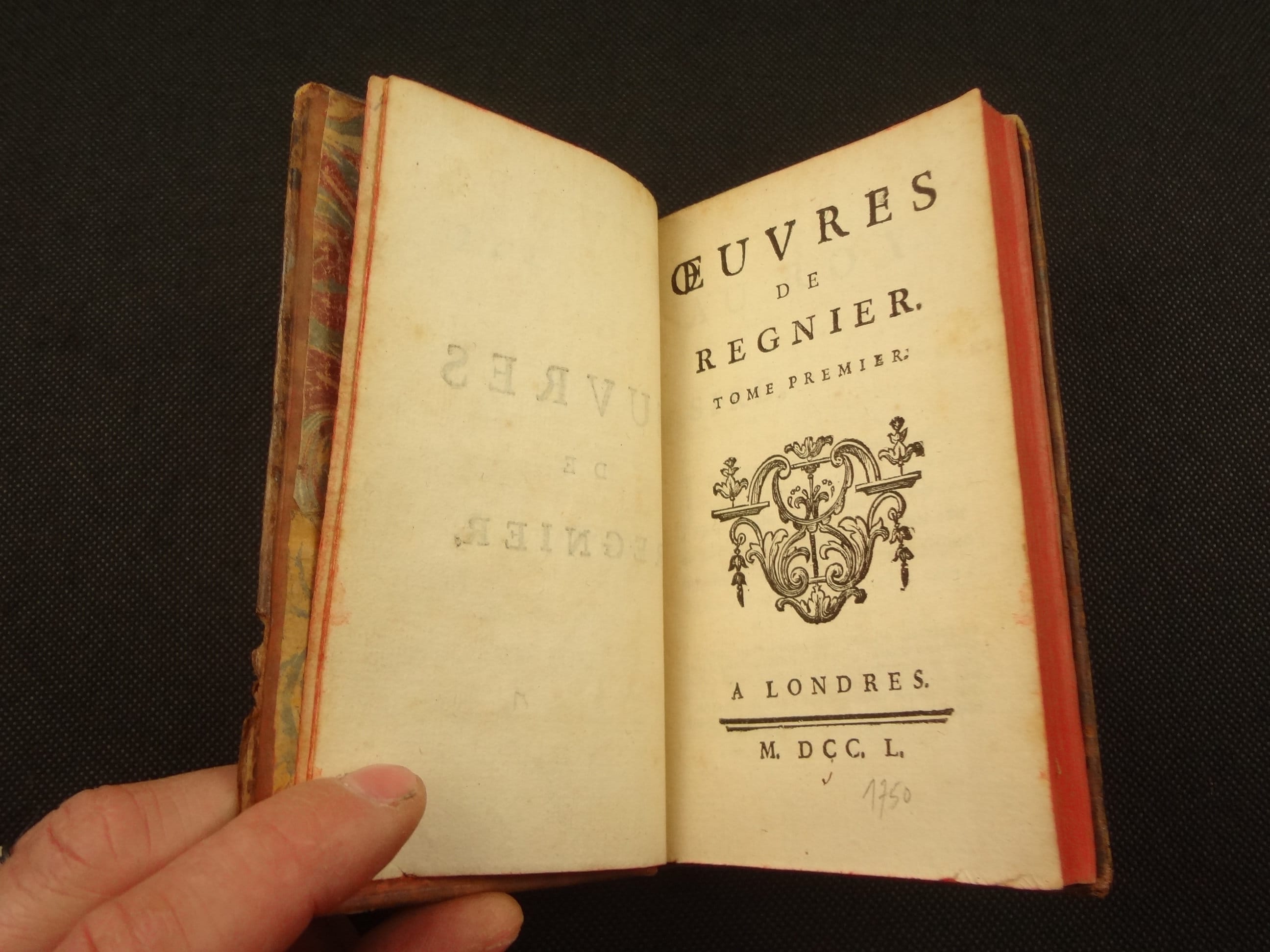 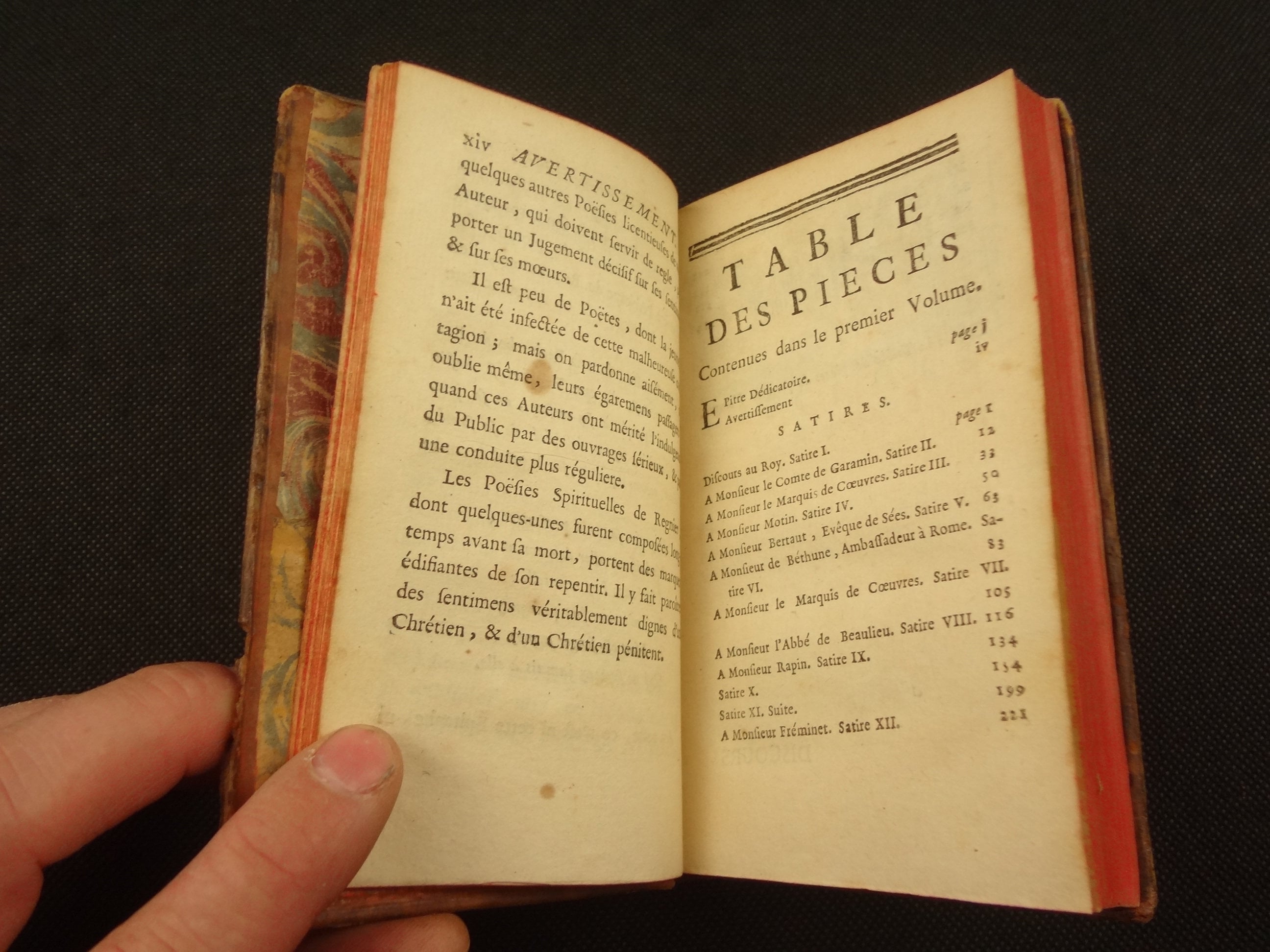 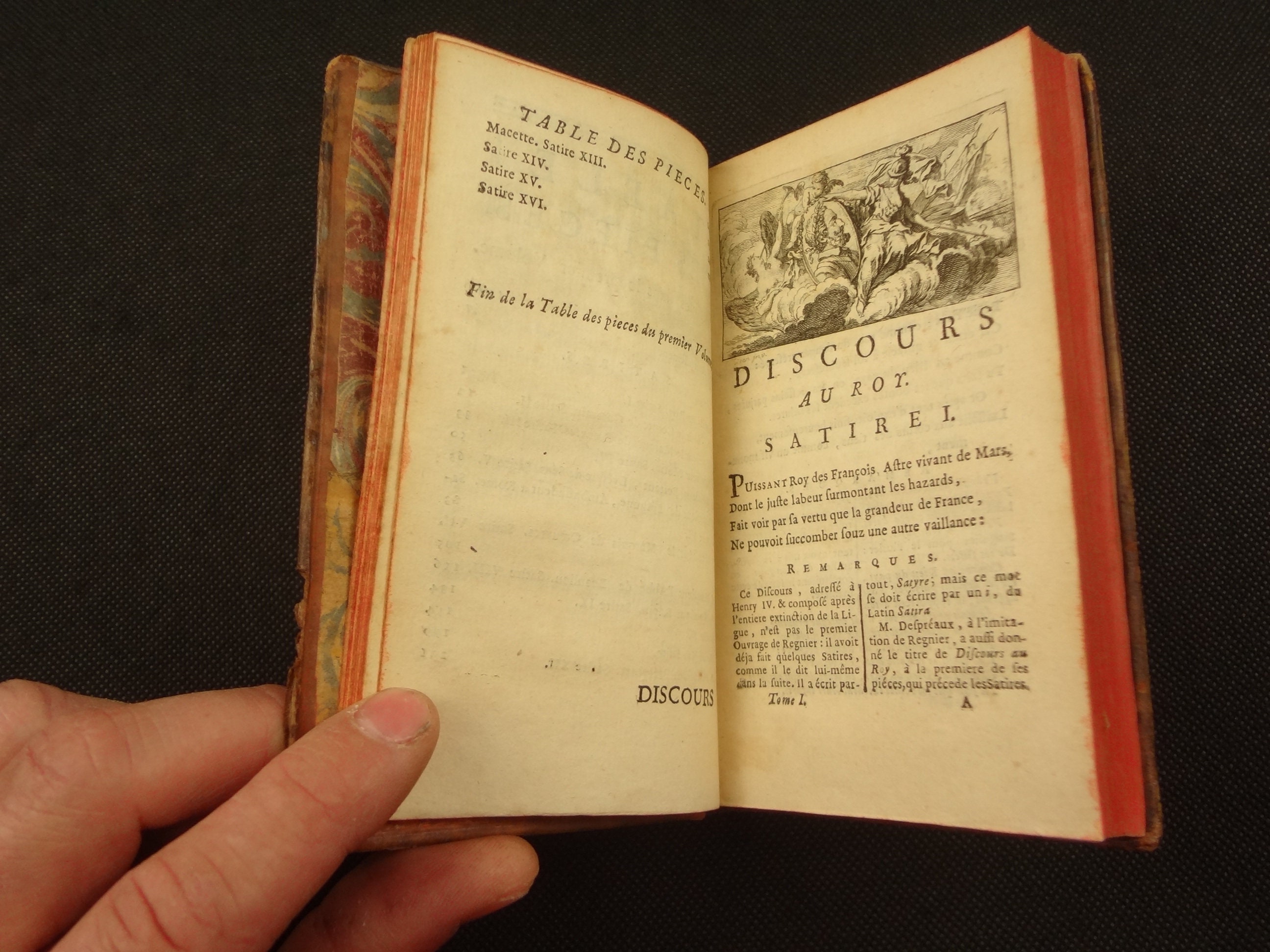 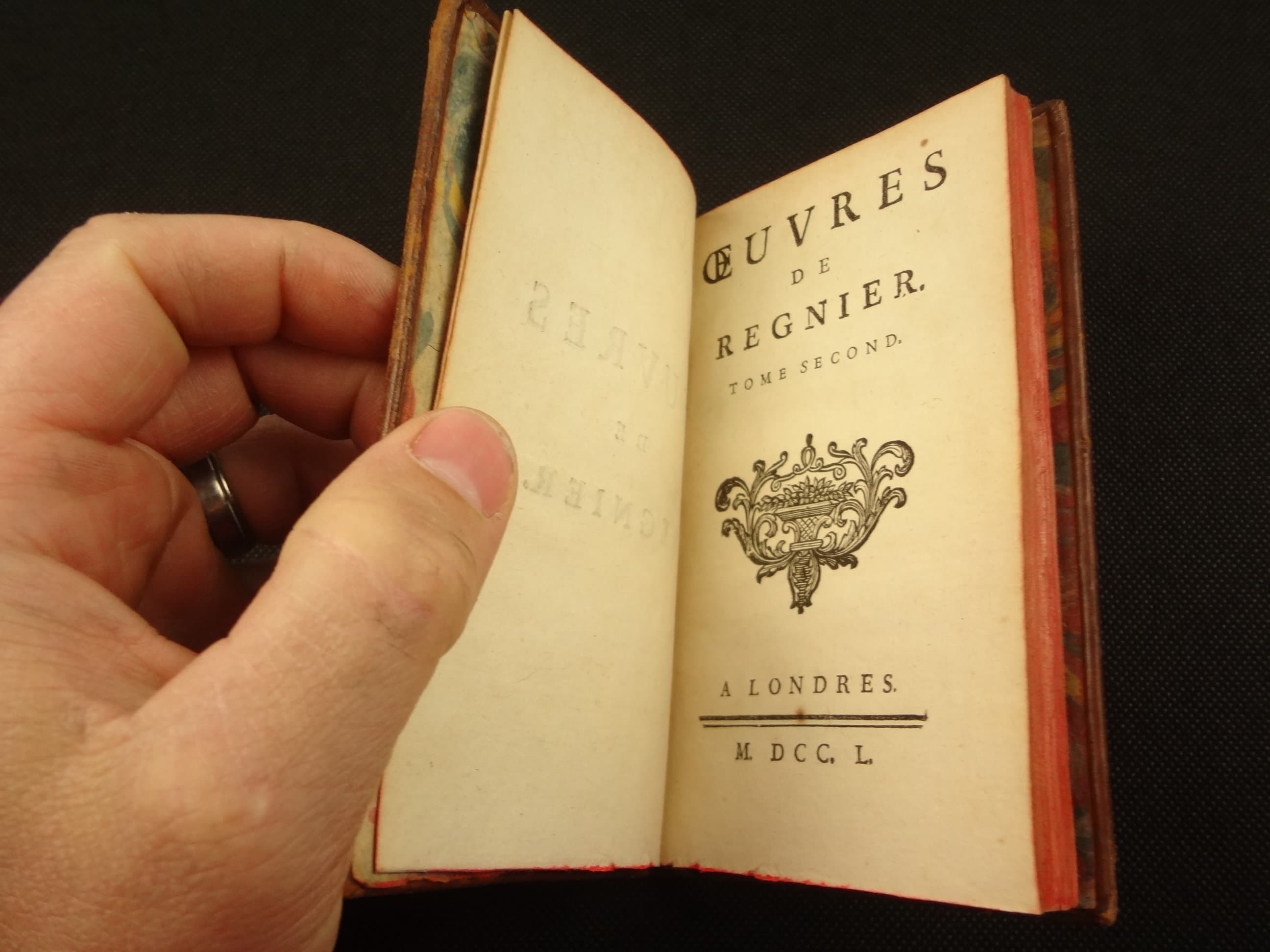 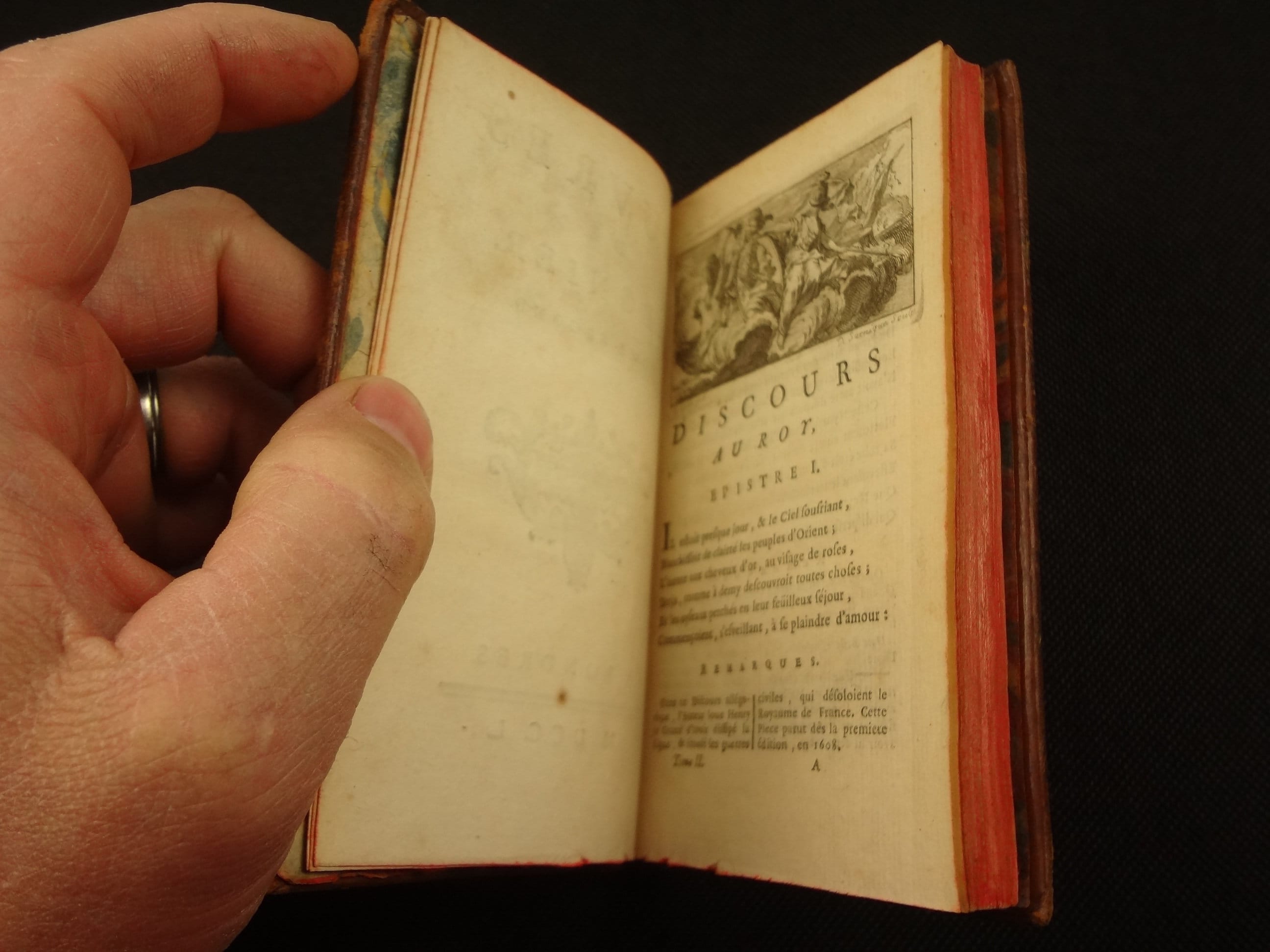 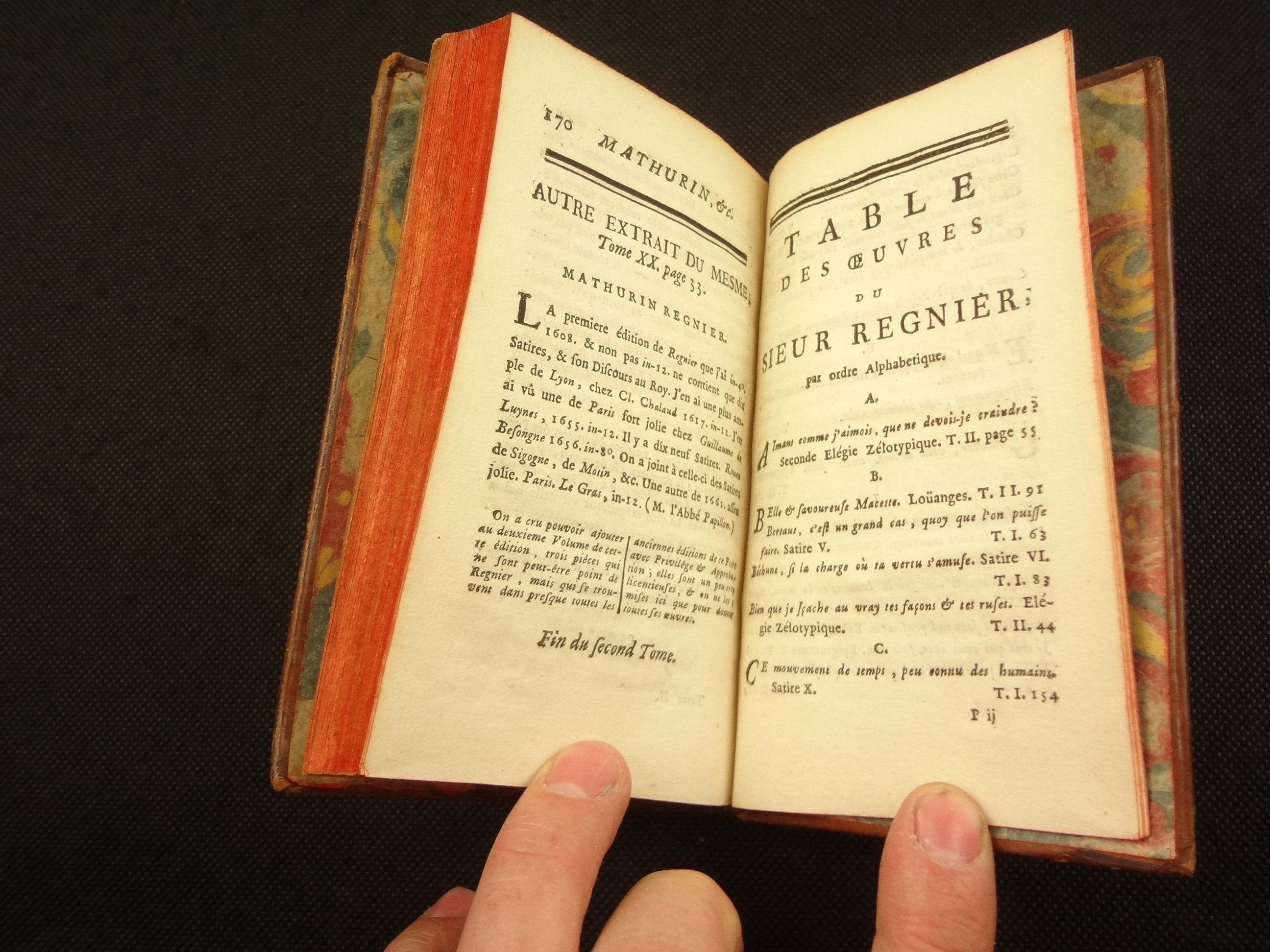 A handsome two-volume 1750 set (in French) of the Works of Mathurin Regnier, satirist. Attractive "cat's-paw" bindings.

"The real greatness of Régnier consists in the vigour and polish of his satires, contrasted and heightened as that vigour is with the exquisite feeling and melancholy music of some of his minor poems. In these Régnier is a disciple of Pierre Ronsard (whom he defended brilliantly against Malherbe), without the occasional pedantry, the affectation or the undue fluency of the La Pléiade; but in the satires he seems to have had no master except the ancients, for some of them were written before the publication of the satires of Vauquelin de la Fresnaye, and the Tragiques of Agrippa d'Aubigné did not appear until 1616. He has sometimes followed Horace closely, but always in an entirely original spirit. His vocabulary is varied and picturesque, and is not marred by the maladroit classicism of some of the Ronsardists." - Encyclopedia Britannica (11th ed.)

Each measures approx. 13.5 x 8.5 cm. Calf "cat's-paw" bindings. Spines with six compartments ruled in gilt; four with a central floret, and two with the title and "Tom" in gilt on red and black morocco. All edges red. Marbled endpapers. Pages - 288, 177

See pictures. Attractive bindings. A littl signs of wear, with some edge chipping, corner wear, and 1.5 cm. of damage at the bottom of tome 1's joint. Mostly quite attractive though. Top-edge a little darkened from dust. Bookseller notes all over blank front endpapers and half-title. Checkmark and pencil 1750 written at bottom of title page. Text block is clean, with only an occasional spot, and an occasionally toned page. Volume two has no writing, and just a tiny bit more toning and spotting.