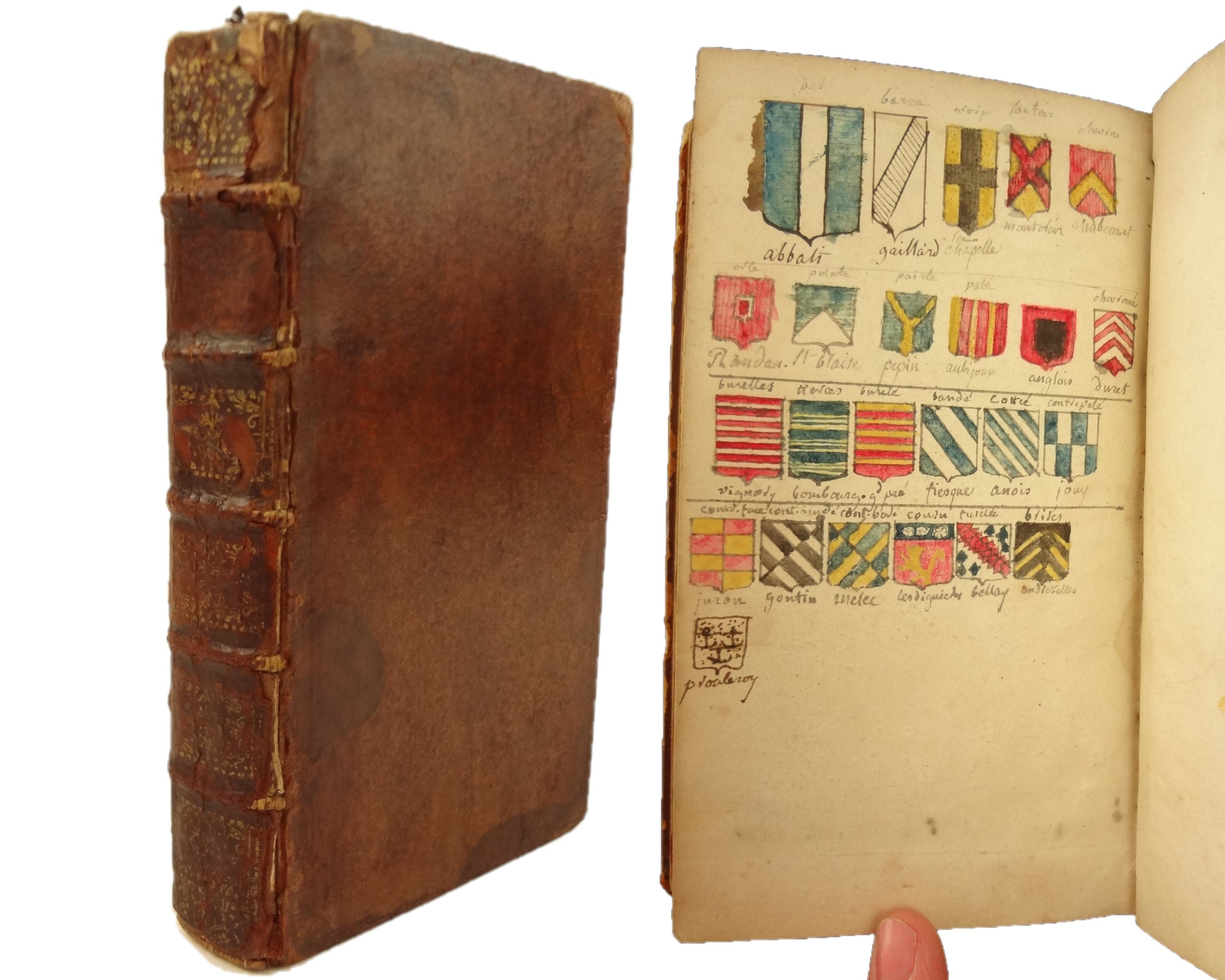 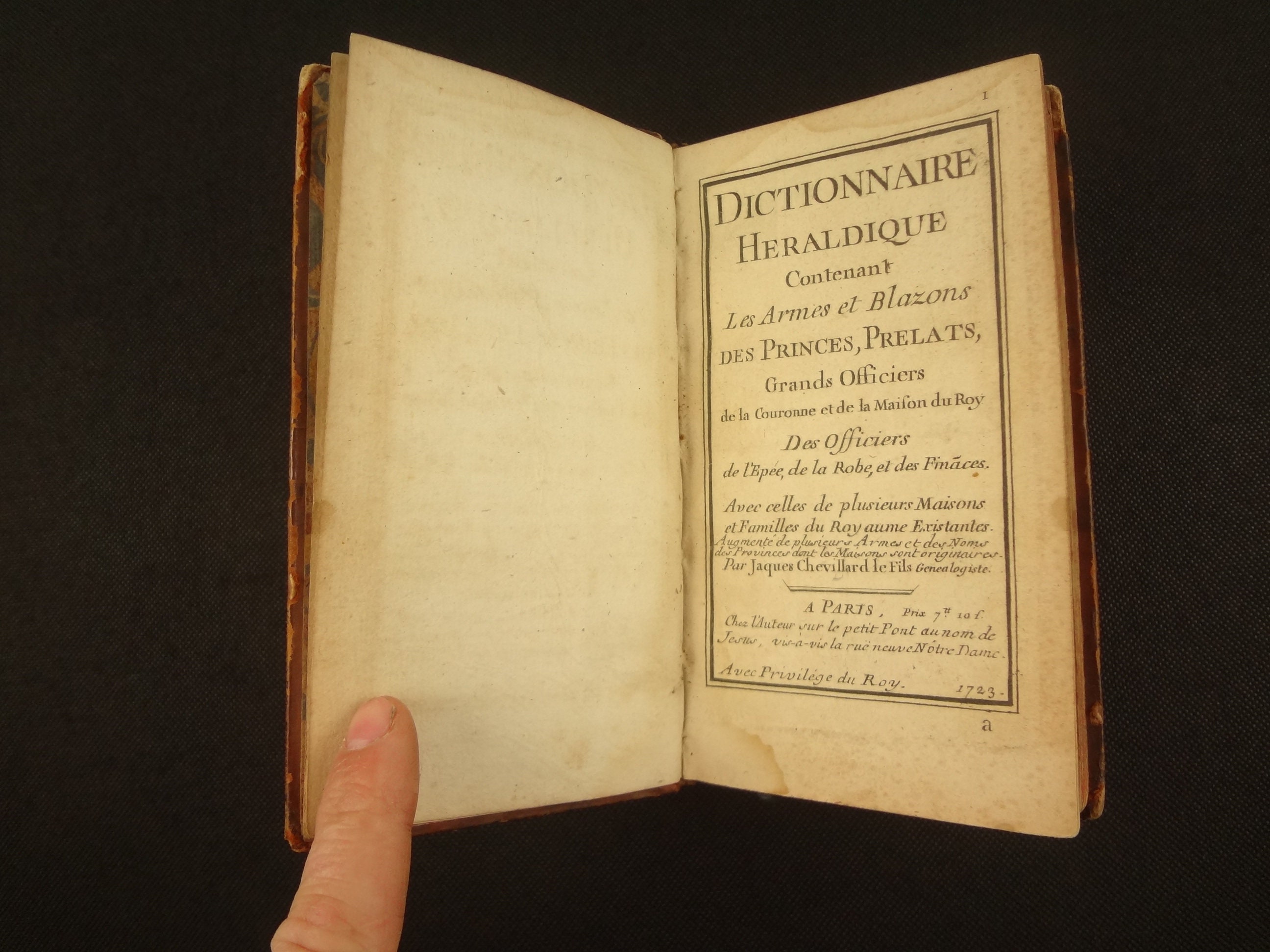 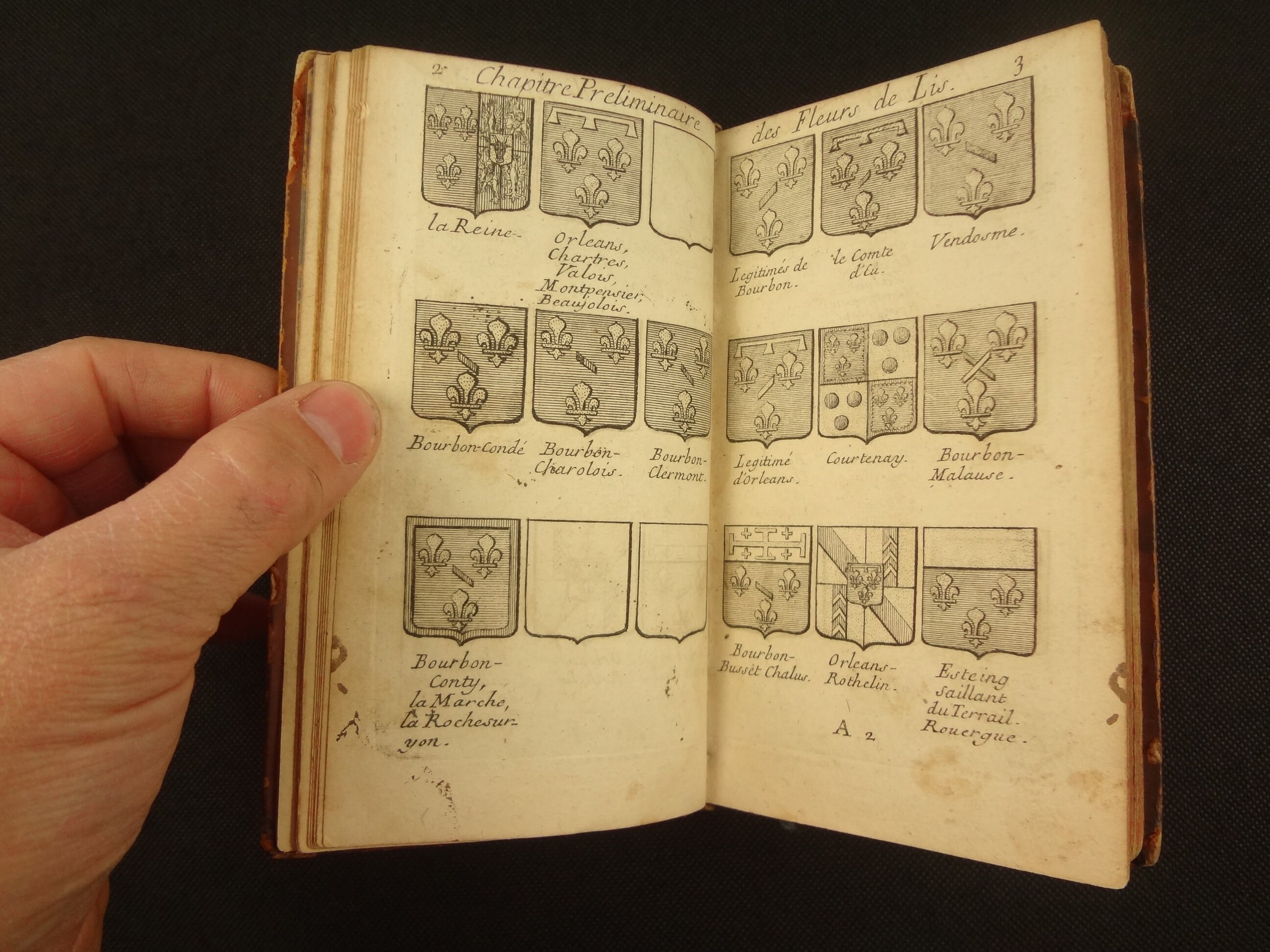 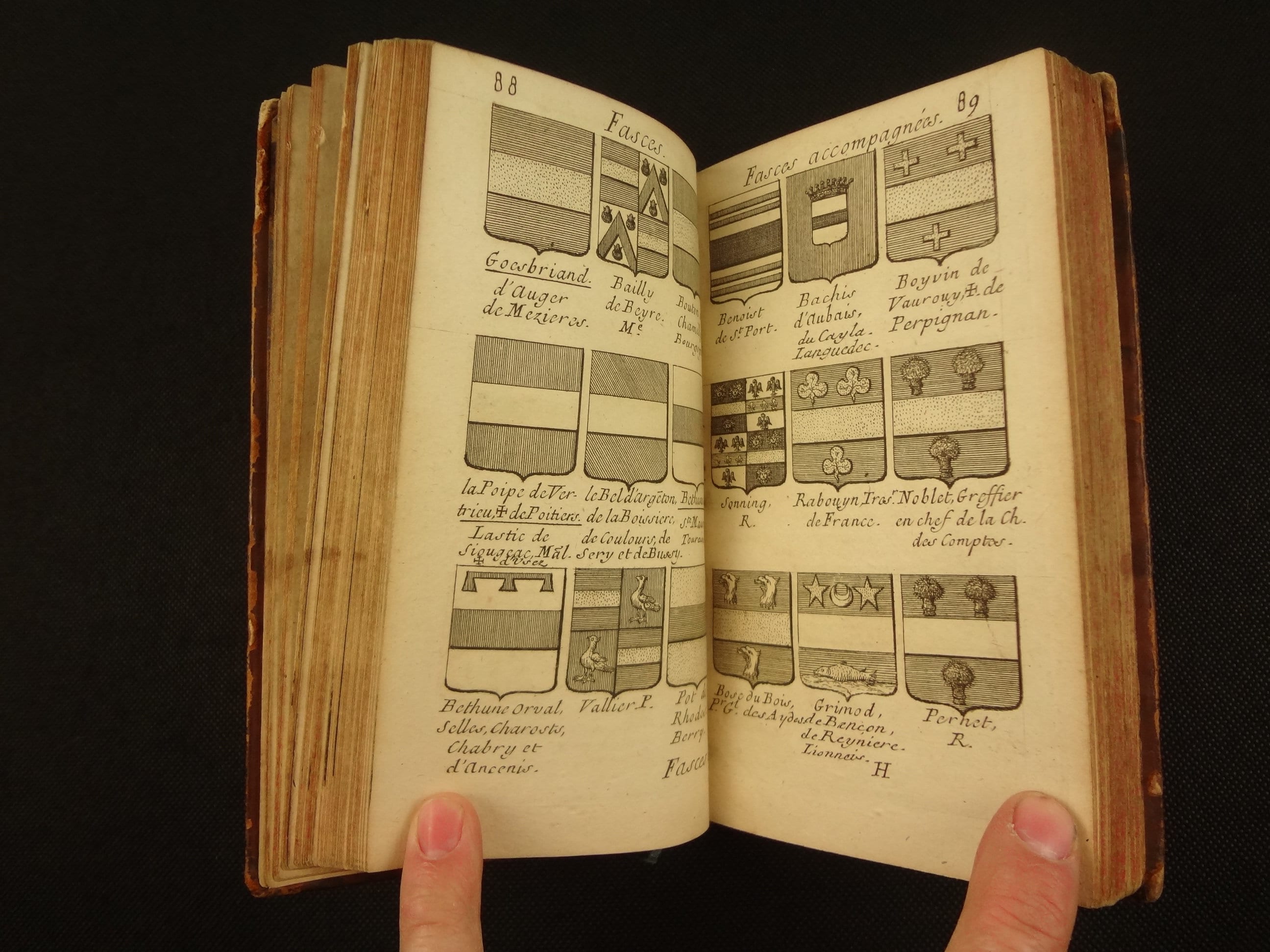 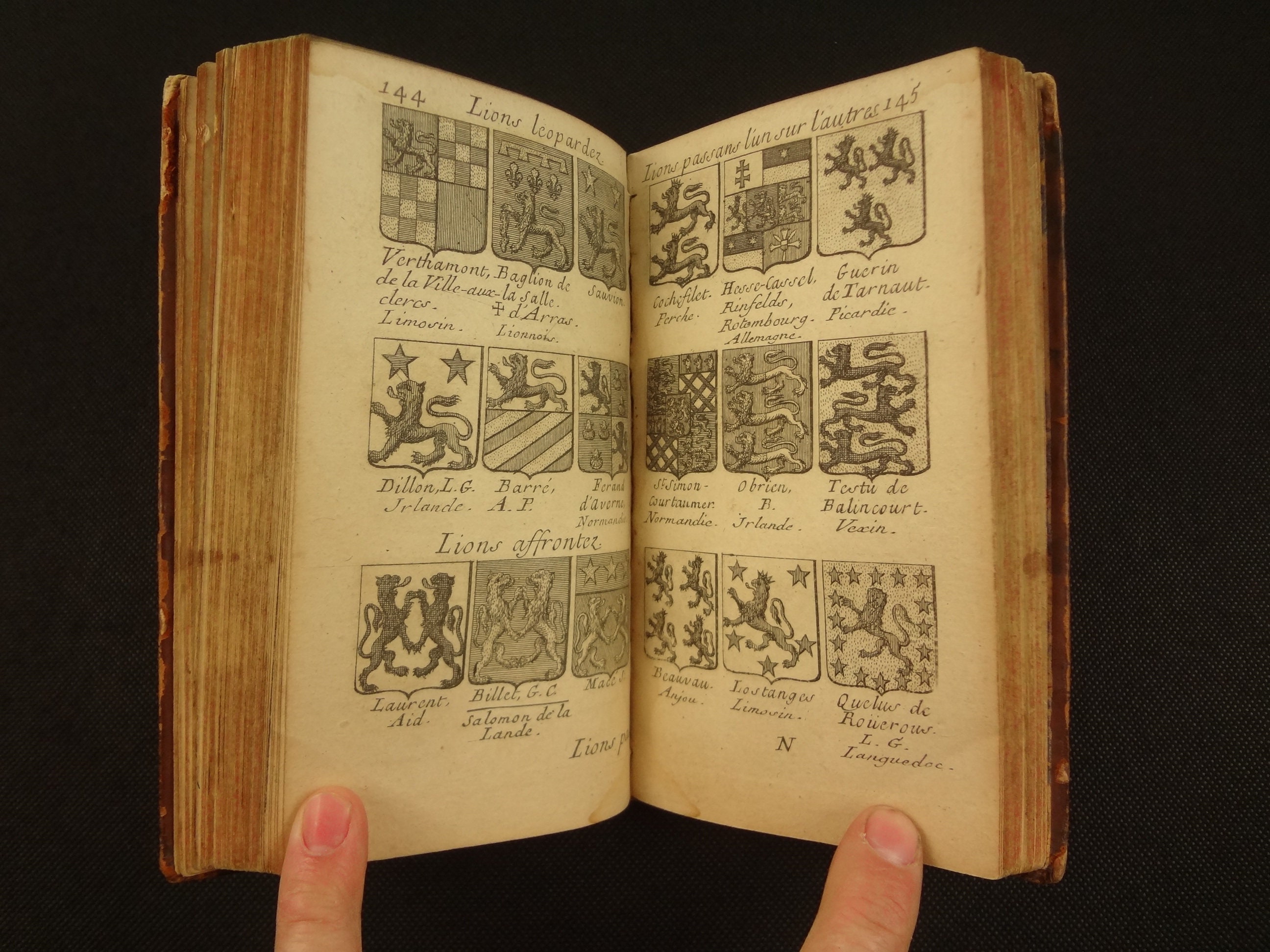 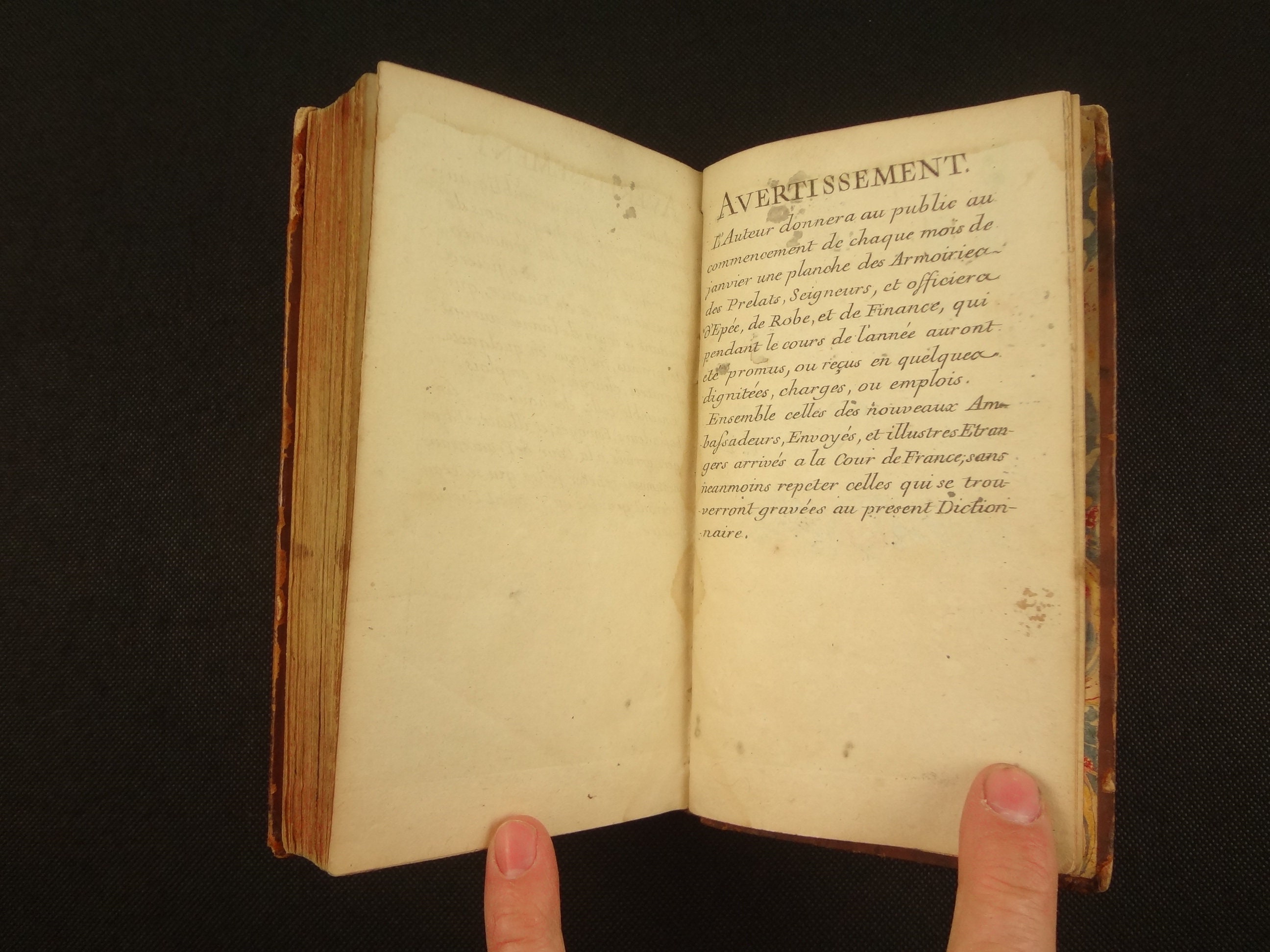 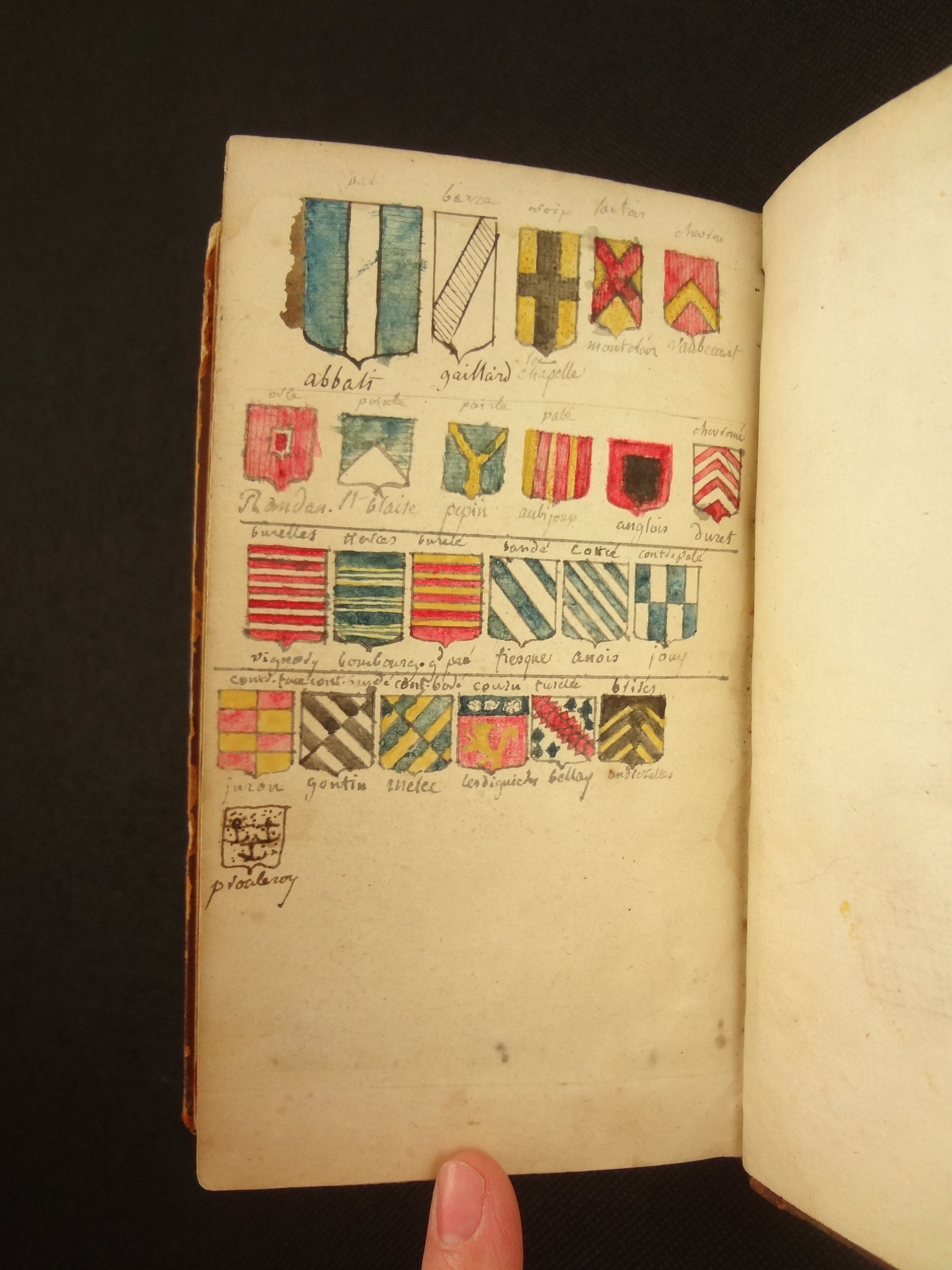 1723 Dictionnaire Heraldique, filled with 194 pages of coat-of-arms, and with a hand-drawn leaf with colored arms. Sometimes listed as the 2nd edition, as the first printing was in 1722, but it may simply be a later printing run of the 1st edition as there isn't anything that I find within the book indicate it's an updated edition (excepting the year).

Prepared by Jaques Chevillard le Fils, who lists his profession as Genealogist(e). In the preface he specifically calls out that the arms in this work are different than those found in Traites, Methodes et Cartes de Blazons, another coat-of-arms work popular at the time.

The inclusion of the author's advertisement, at the rear, with hand-drawn coats-of-arms on the recto (rear) are a delightful addition to an already full work.

The ex libris bookplate at the front pastedown bears the motto of the Dormer family, with a later pen-inscription on it from a "Dorma" in 1986, indicating that it was in the family for some time.

See pictures. Binding well-worn with some stains at edges, edge and corner wear, and cracked joints (cords are holding boards on). Chipping at top and bottom of spine and some crazing with loss of decoration to spine. Top-endband mostly missing. Top-edge dark.