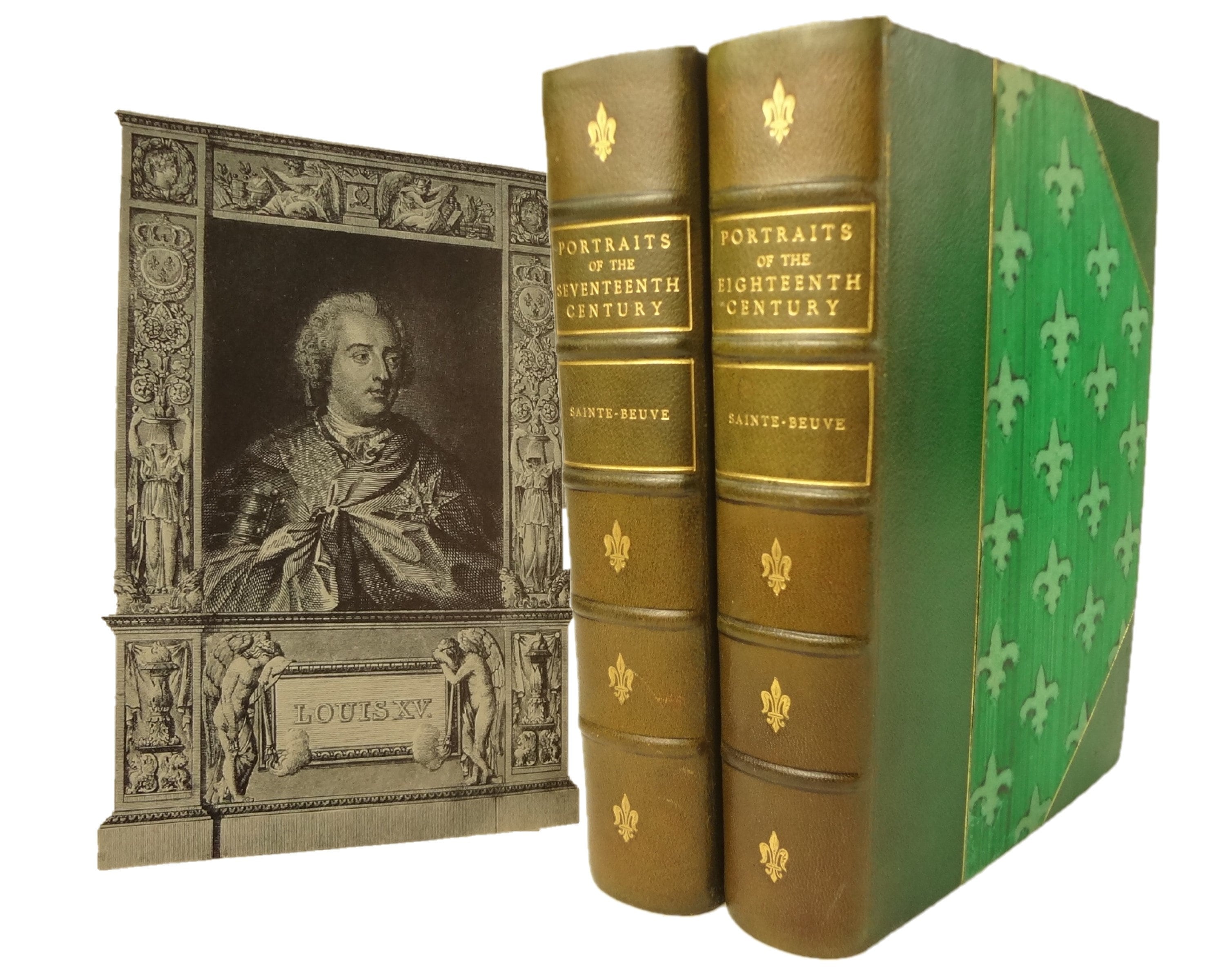 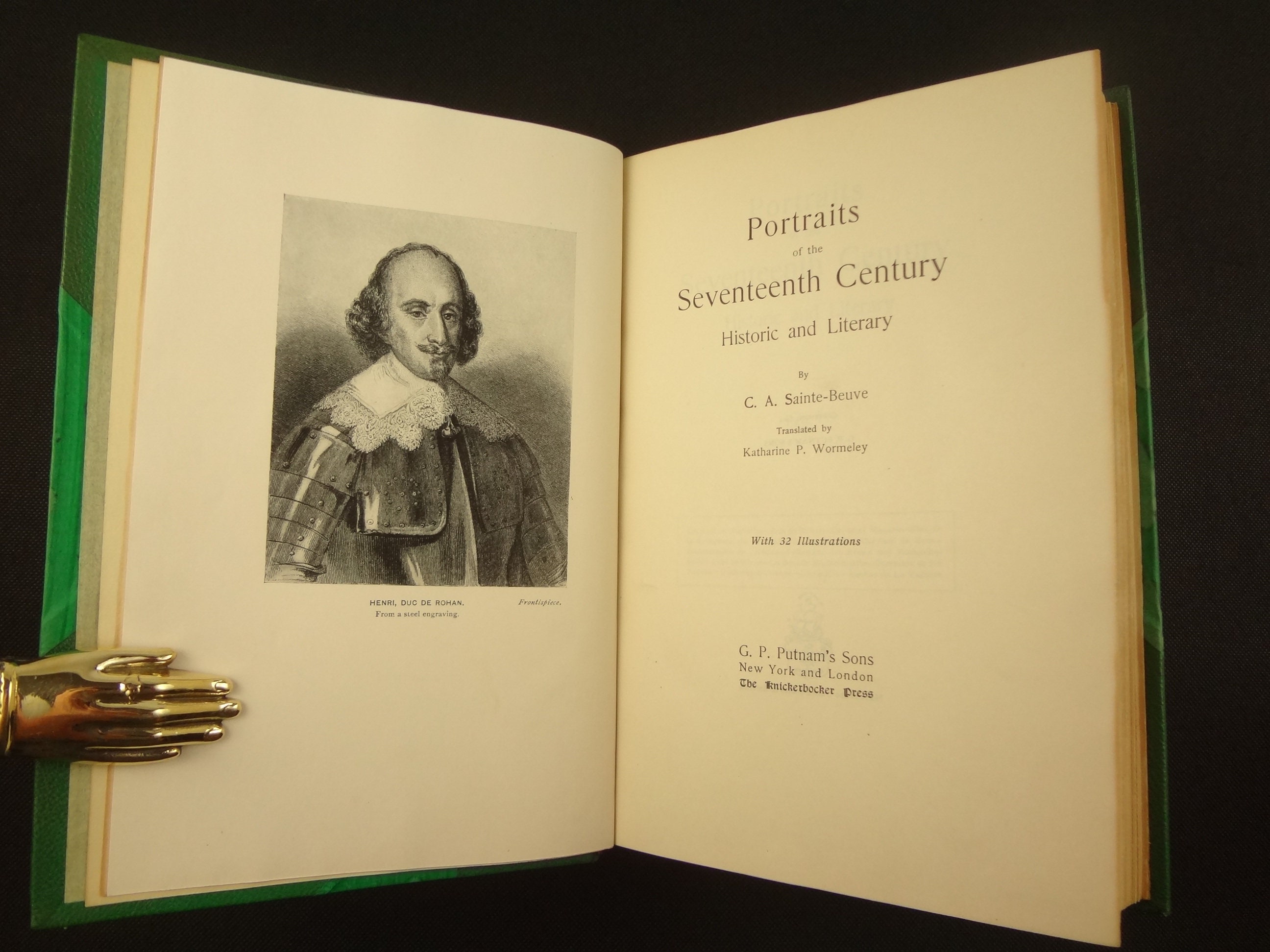 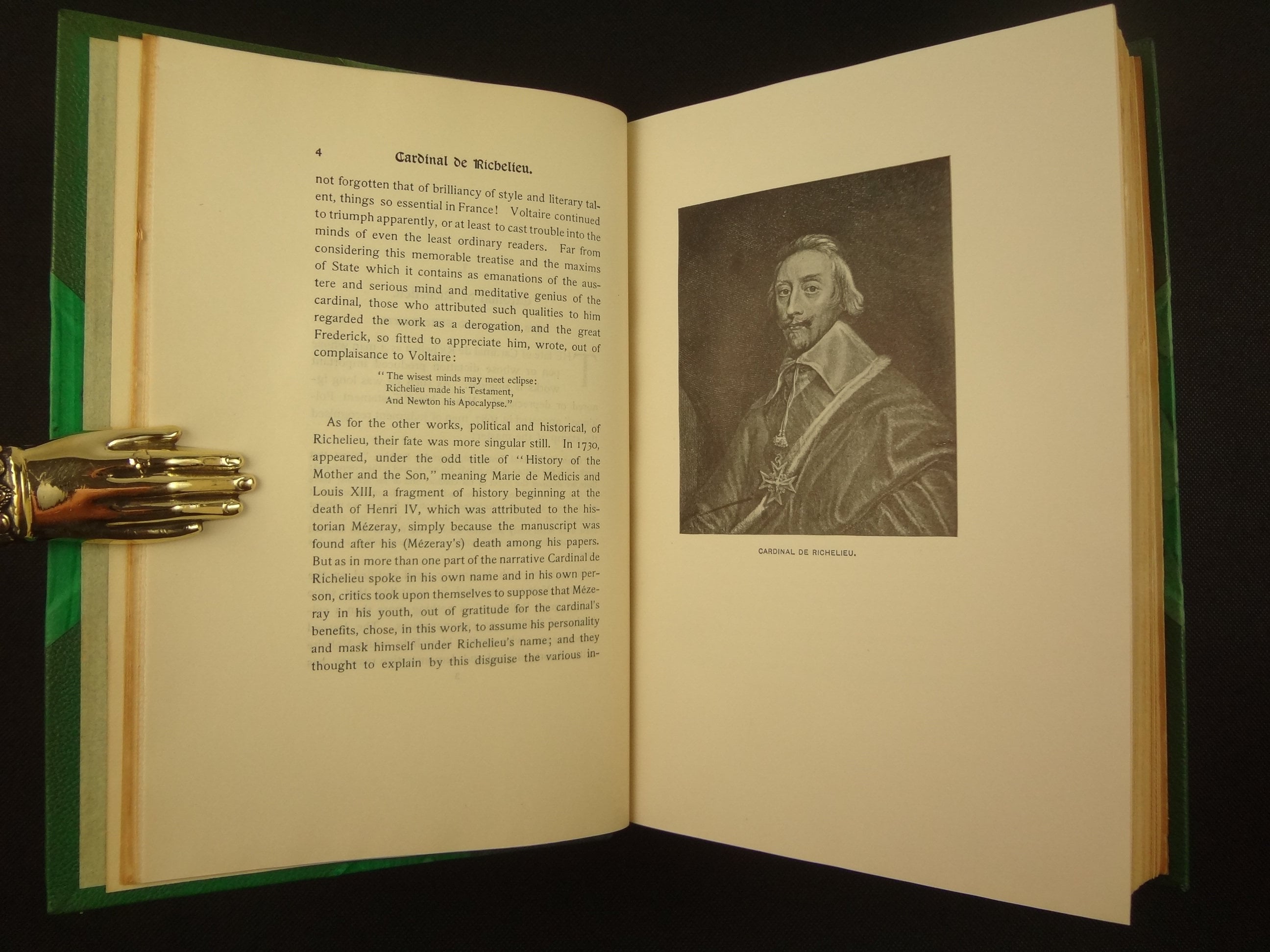 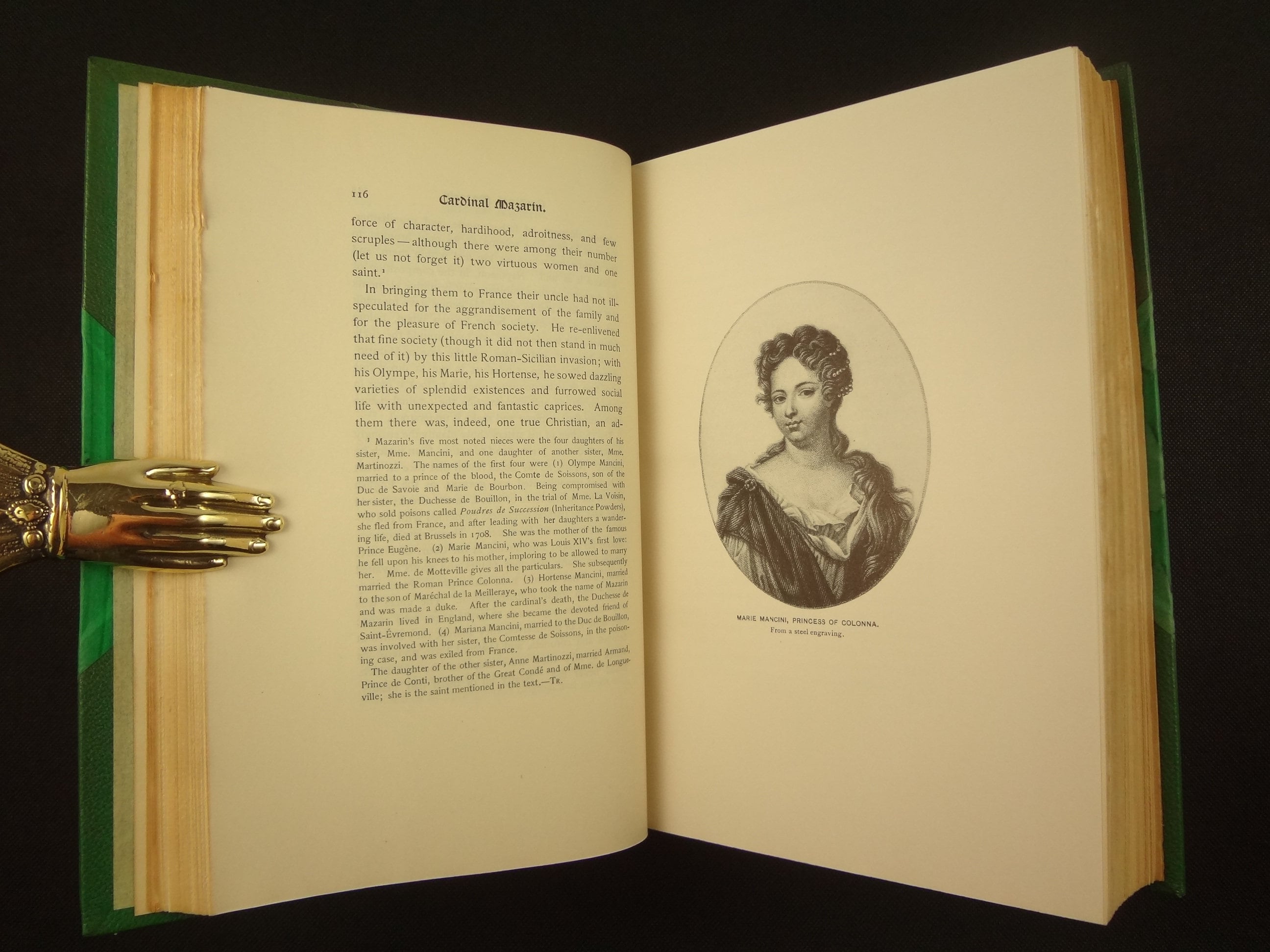 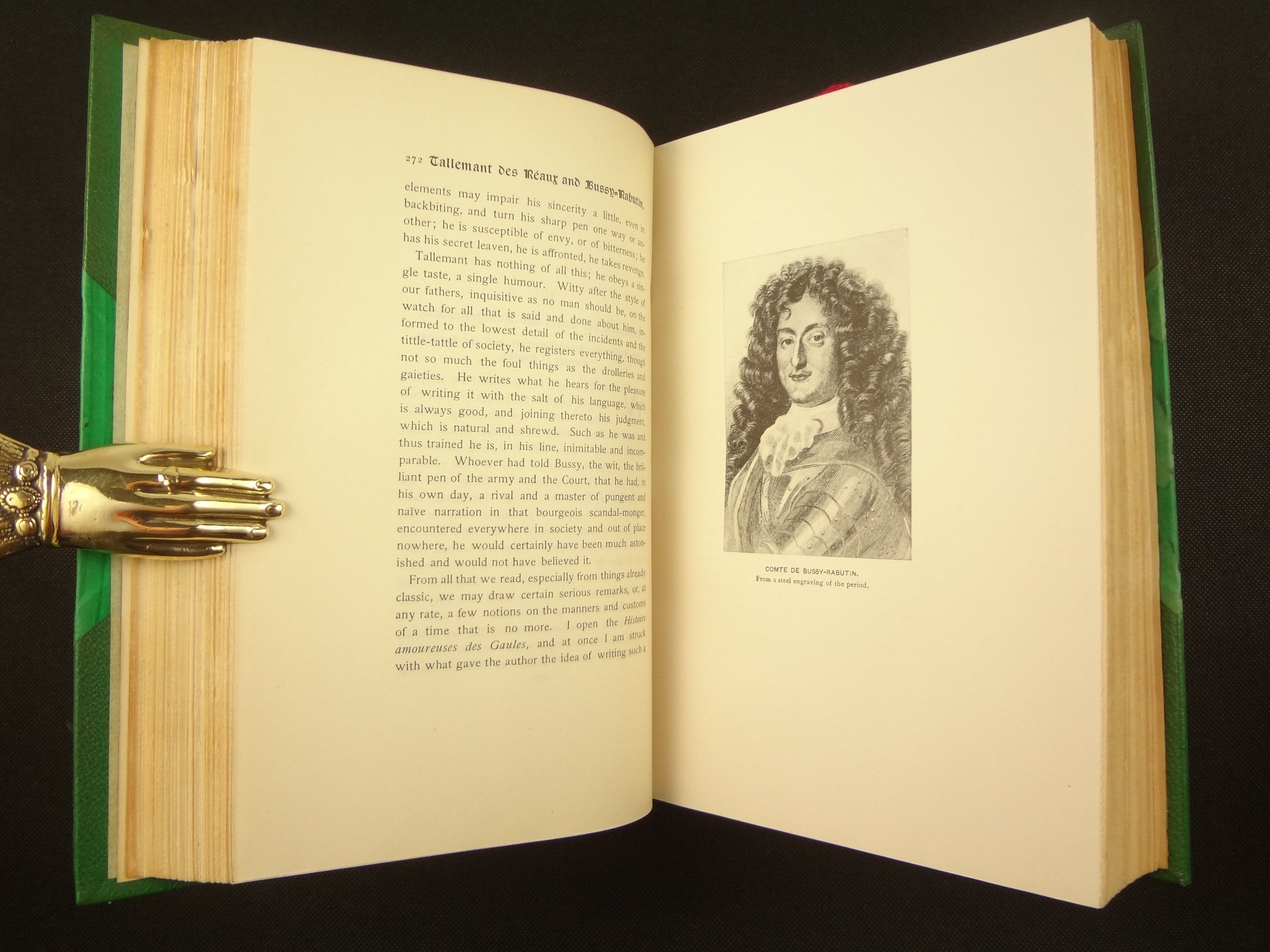 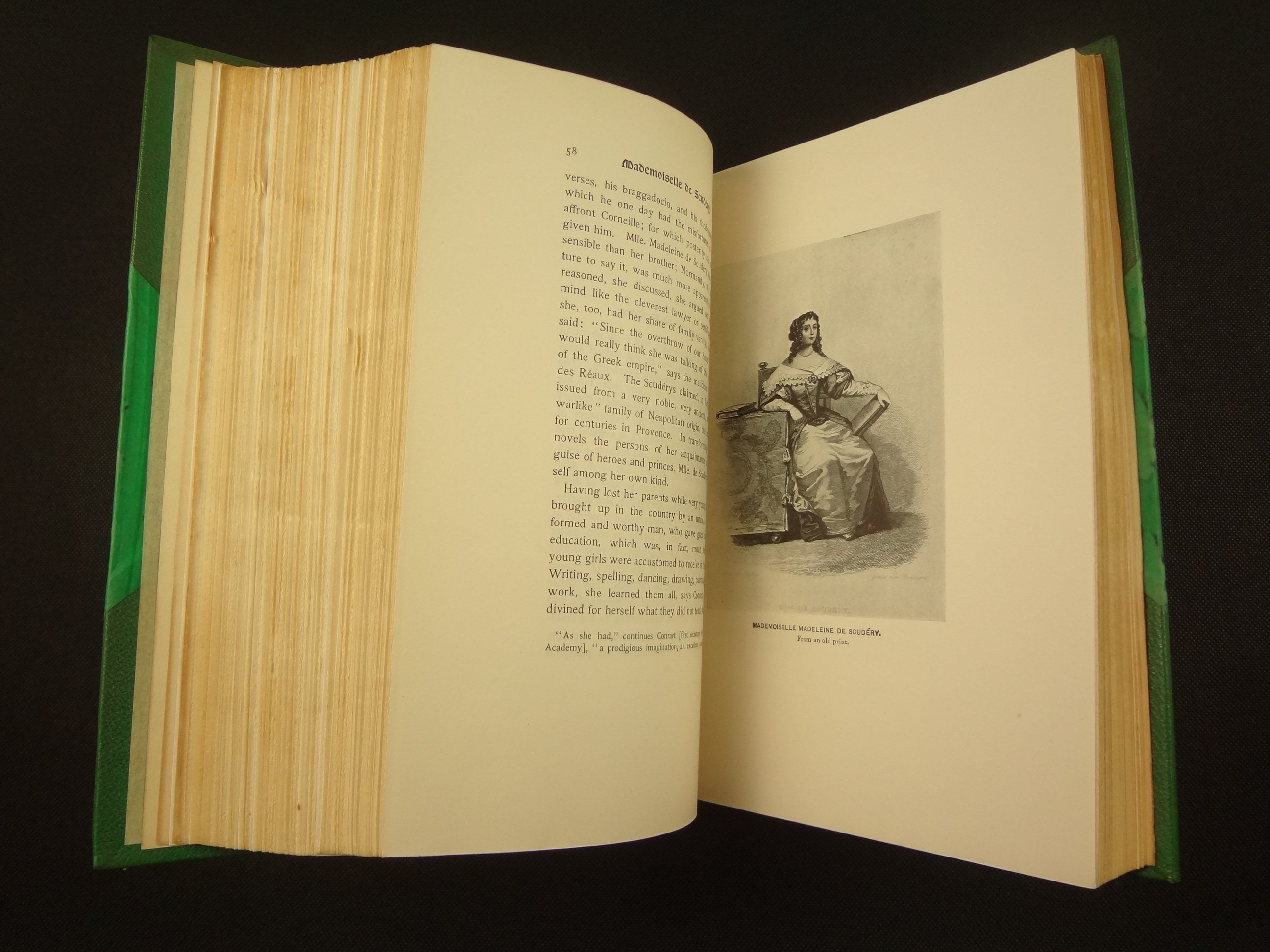 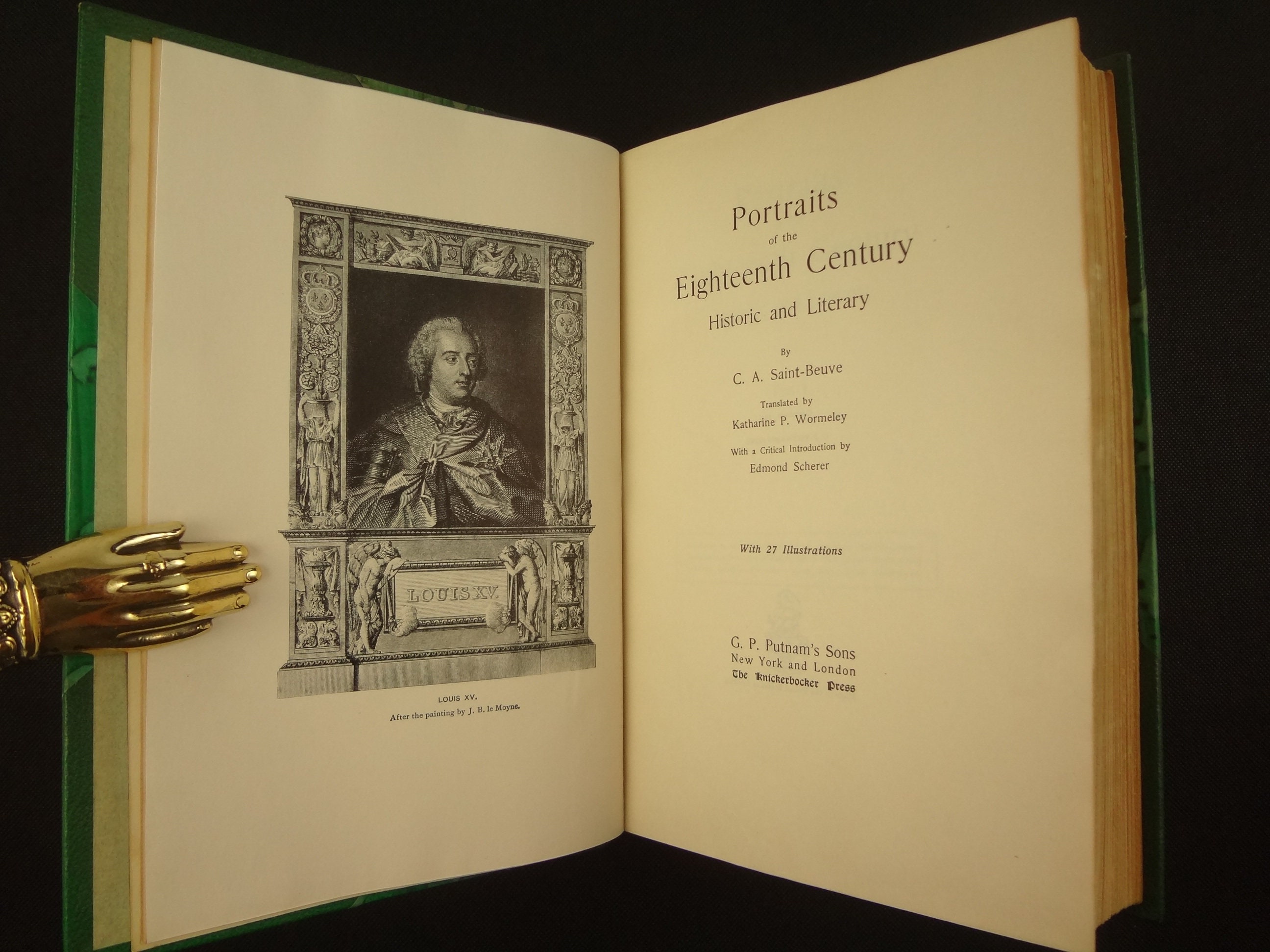 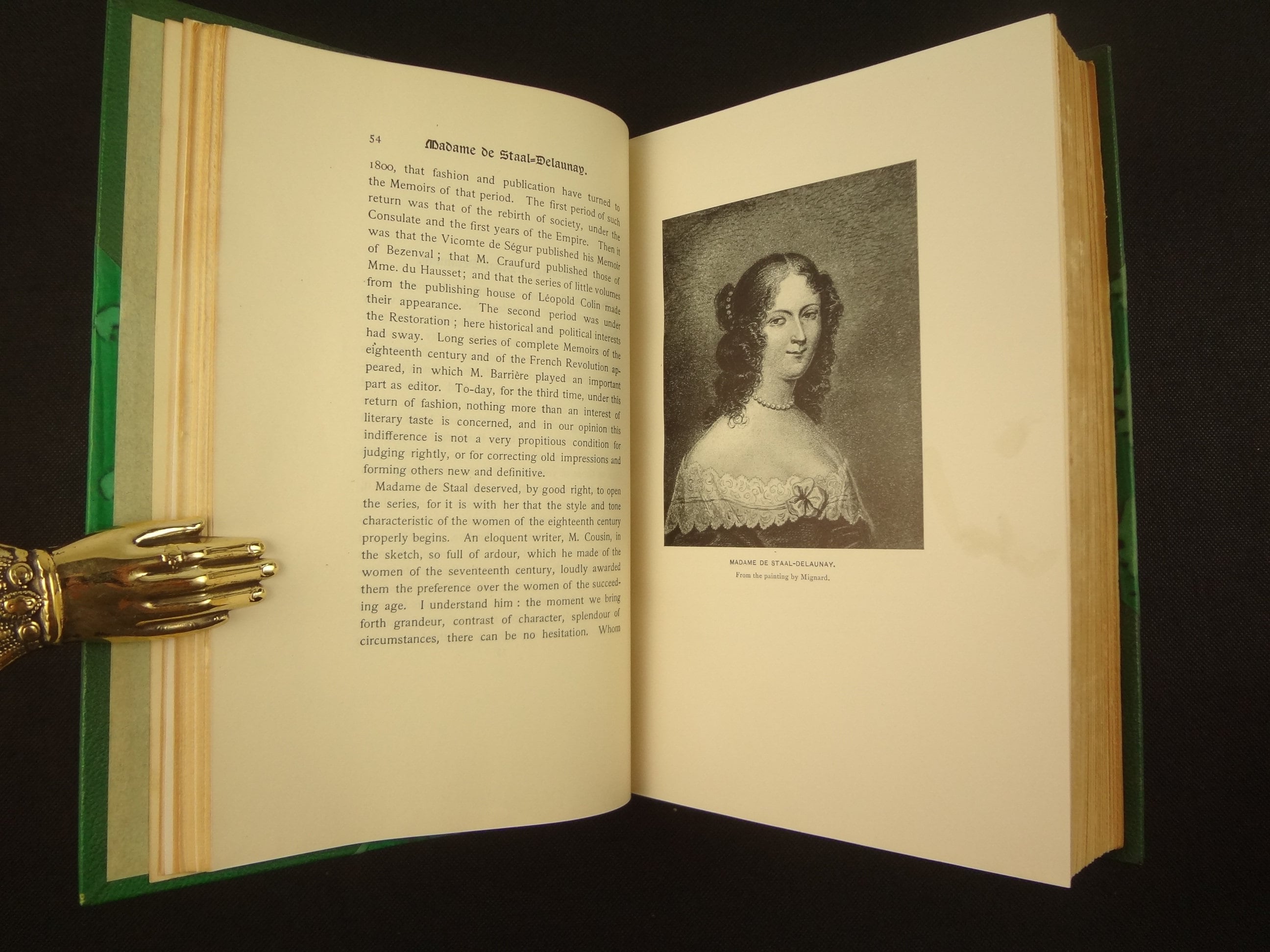 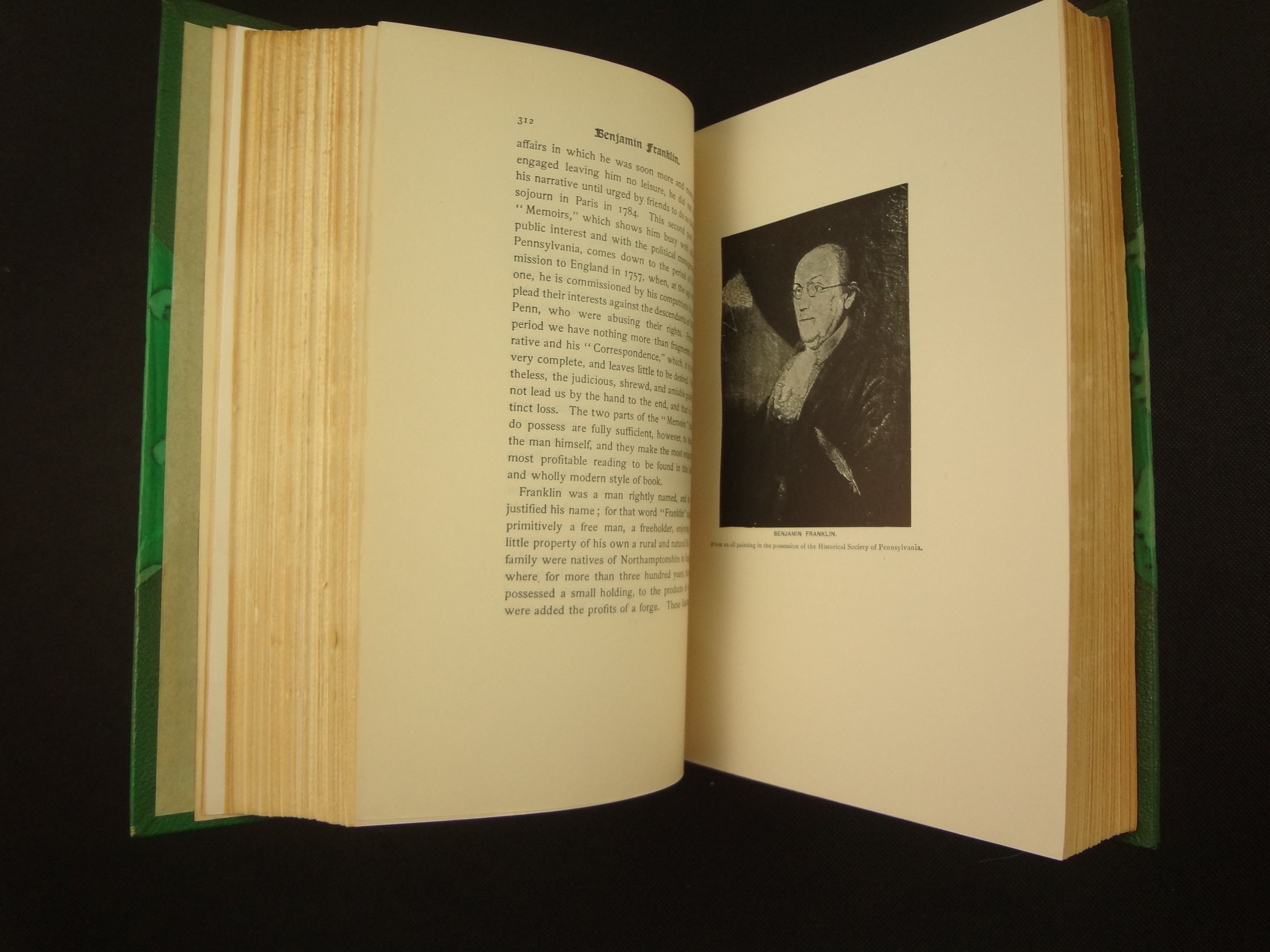 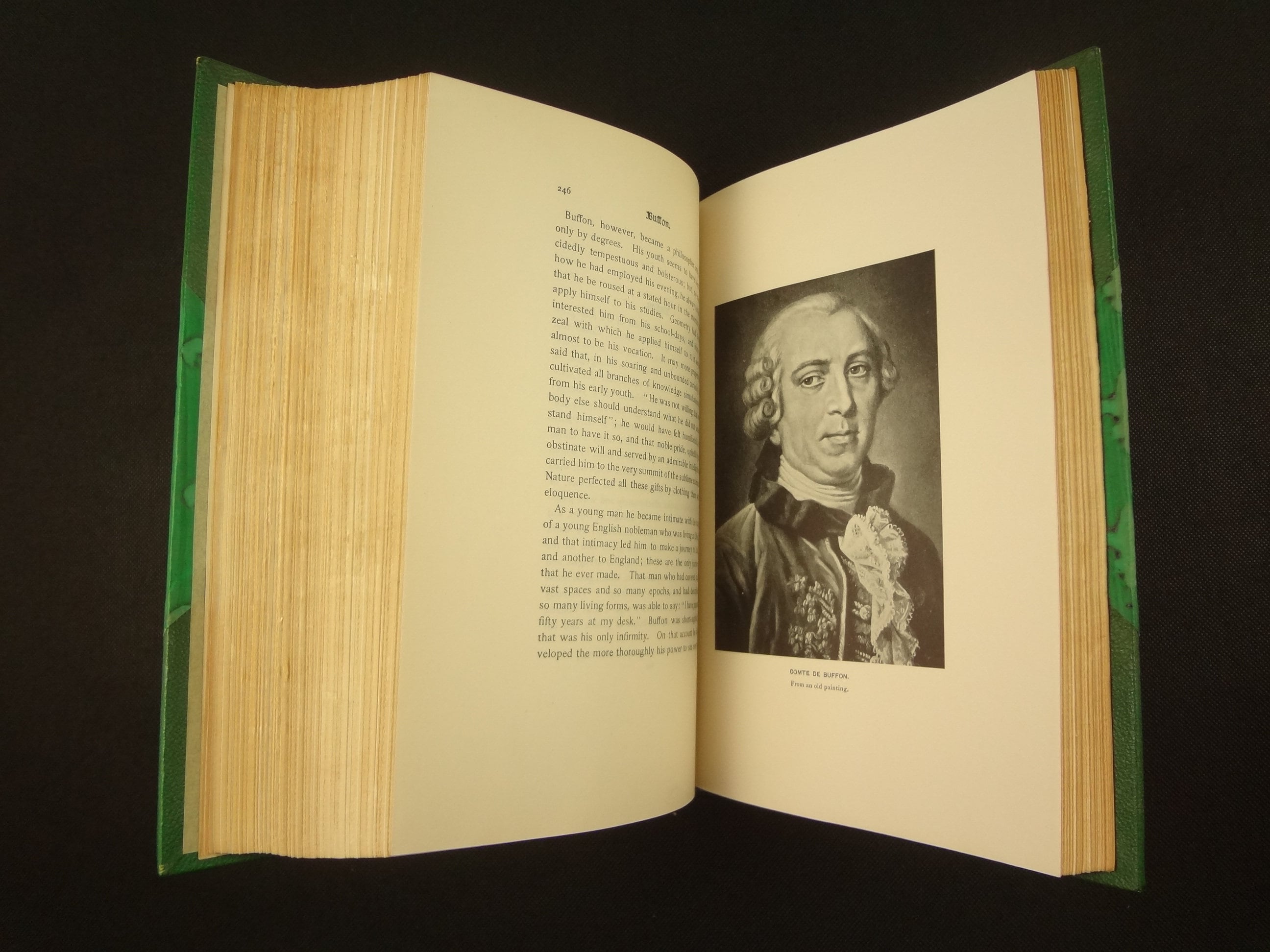 These are the portraits "Historic and Literary", by C. A. Saint-Beuve, and translated by Katharine P. Wormeley. Well-known personages include Cardinal de Richelieu, Louis XIV, Moliere, Fontaine, Chesterfield, Benjamin Franklin, Louis XV, Diderot, Grimm, among others.

This binding is unsigned (no stamp, or tooling).

Beginning in 1868, the Monastery Hill bindery, in Chicago, proved itself to be one of America's most successful and high-regarded binderies late into the 20th century. The twelve-volume, Life of Napoleon, bound by the founder Ernst Hertzberg remains one of their best known works, and in 1907 sold for $12,000 (which is around $300,000 in today's dollars); today it resides in the University of Iowa Library.

See pictures. Handsome books. The green spines have sunned a little. There is some rubbing at the edges. A little toning to paper. I don't see any writing or tears within.