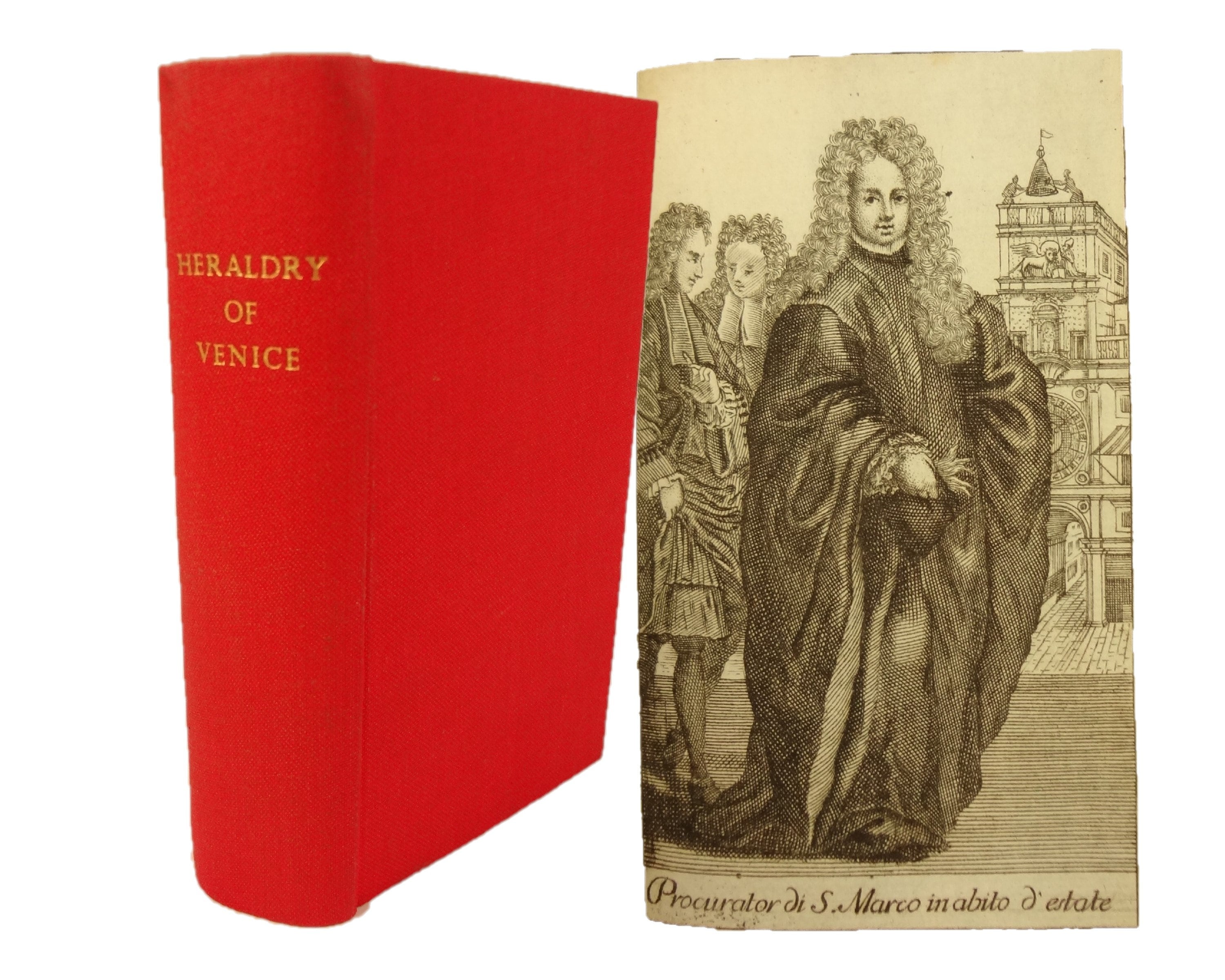 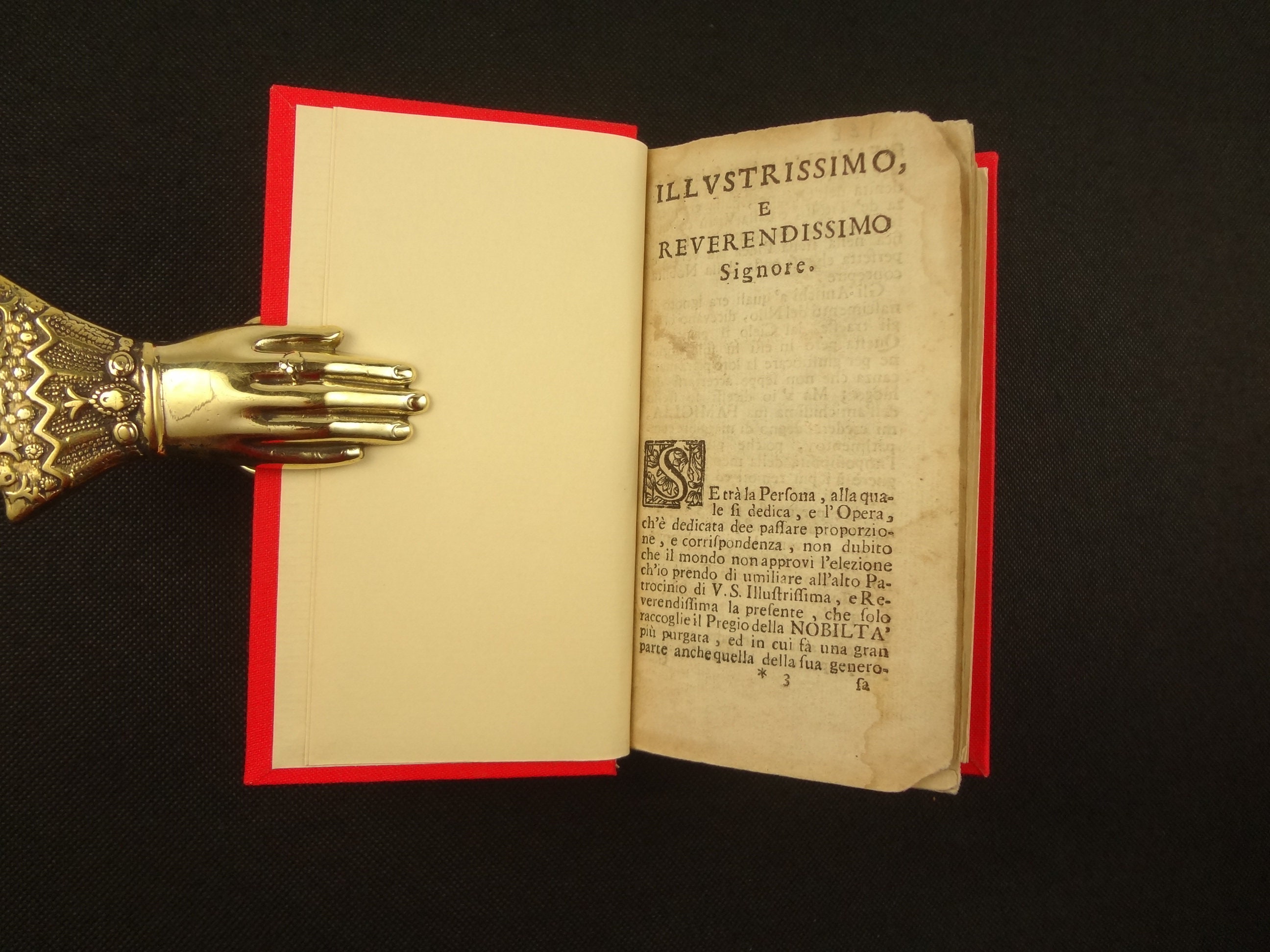 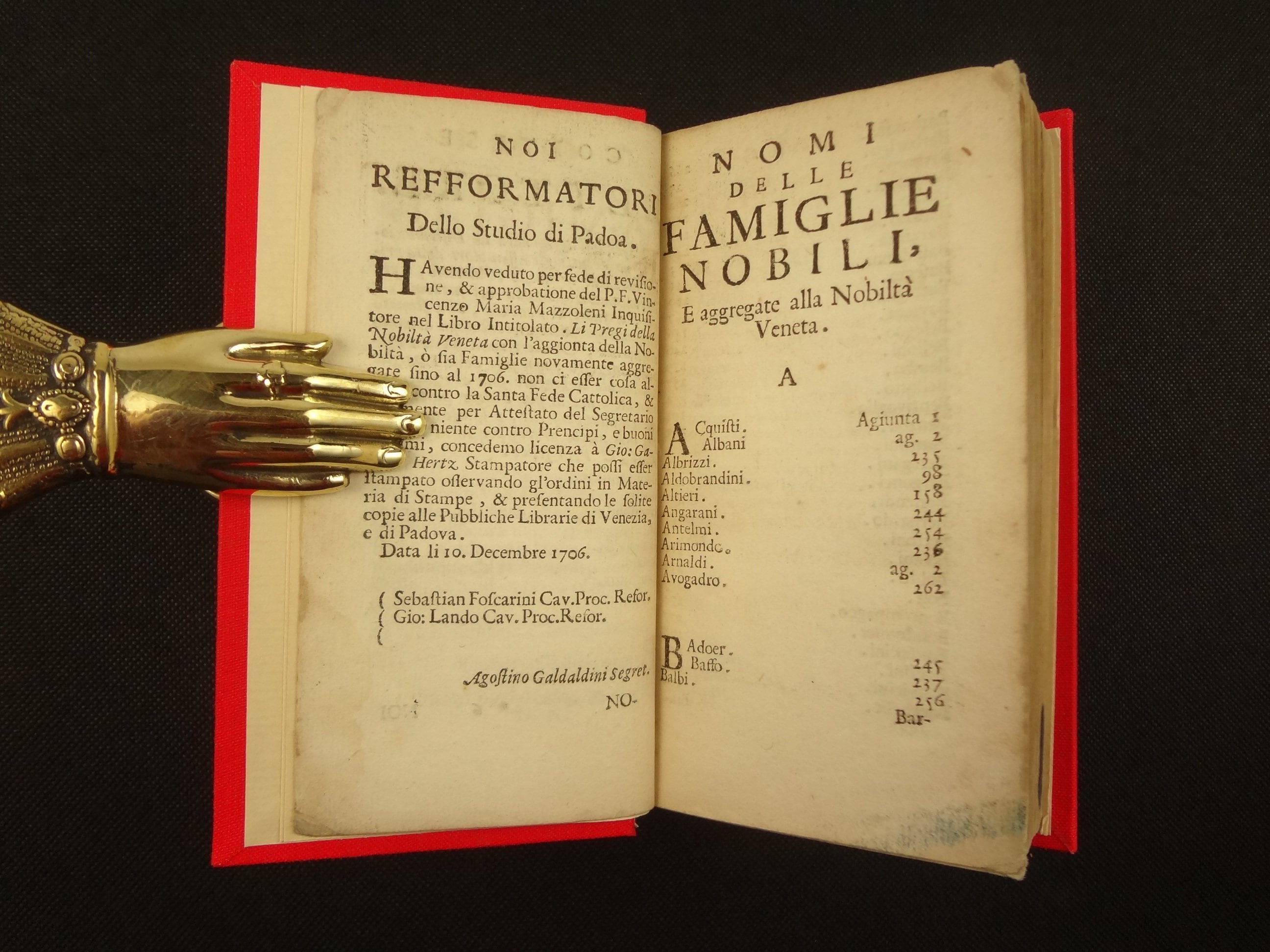 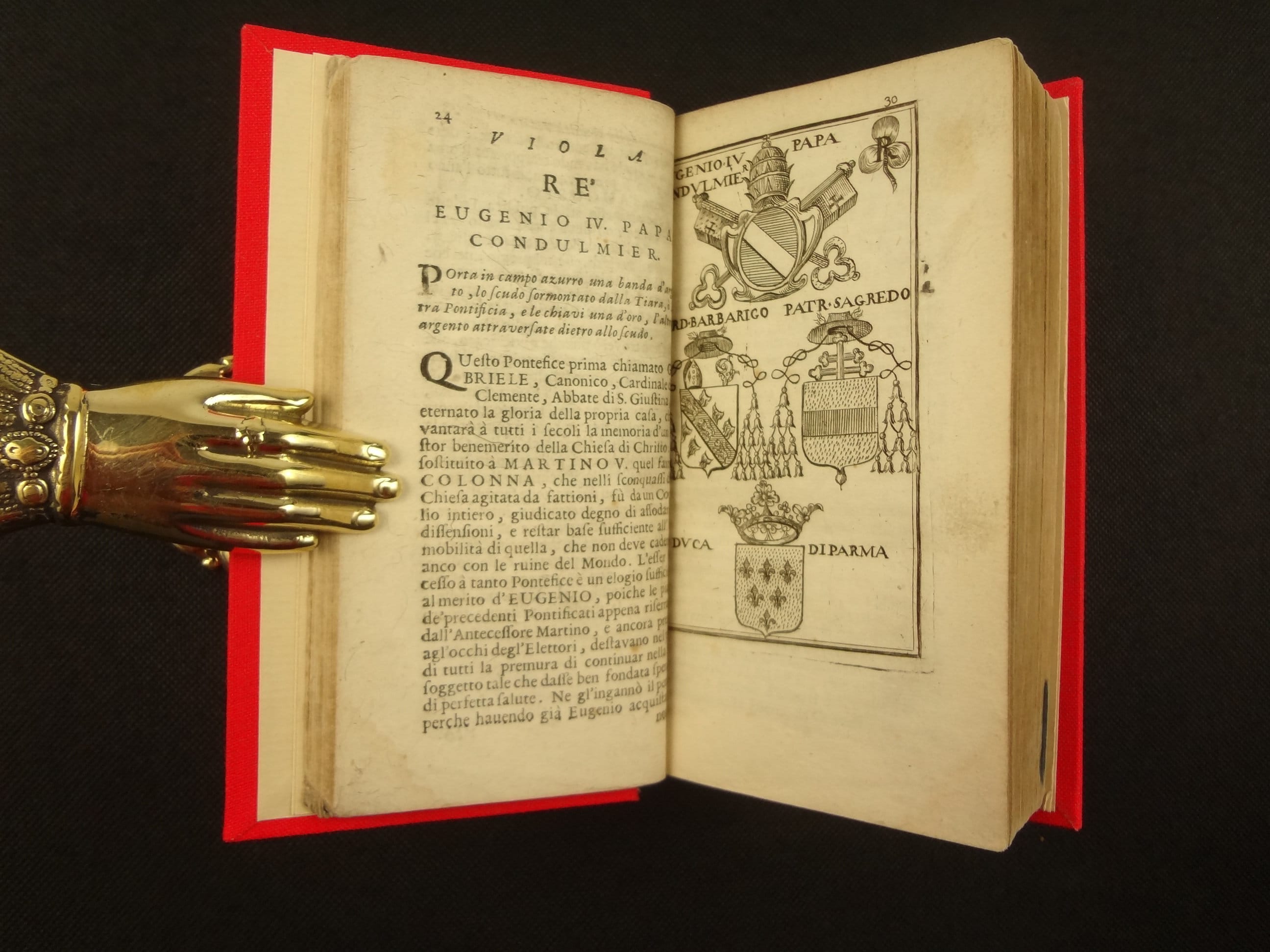 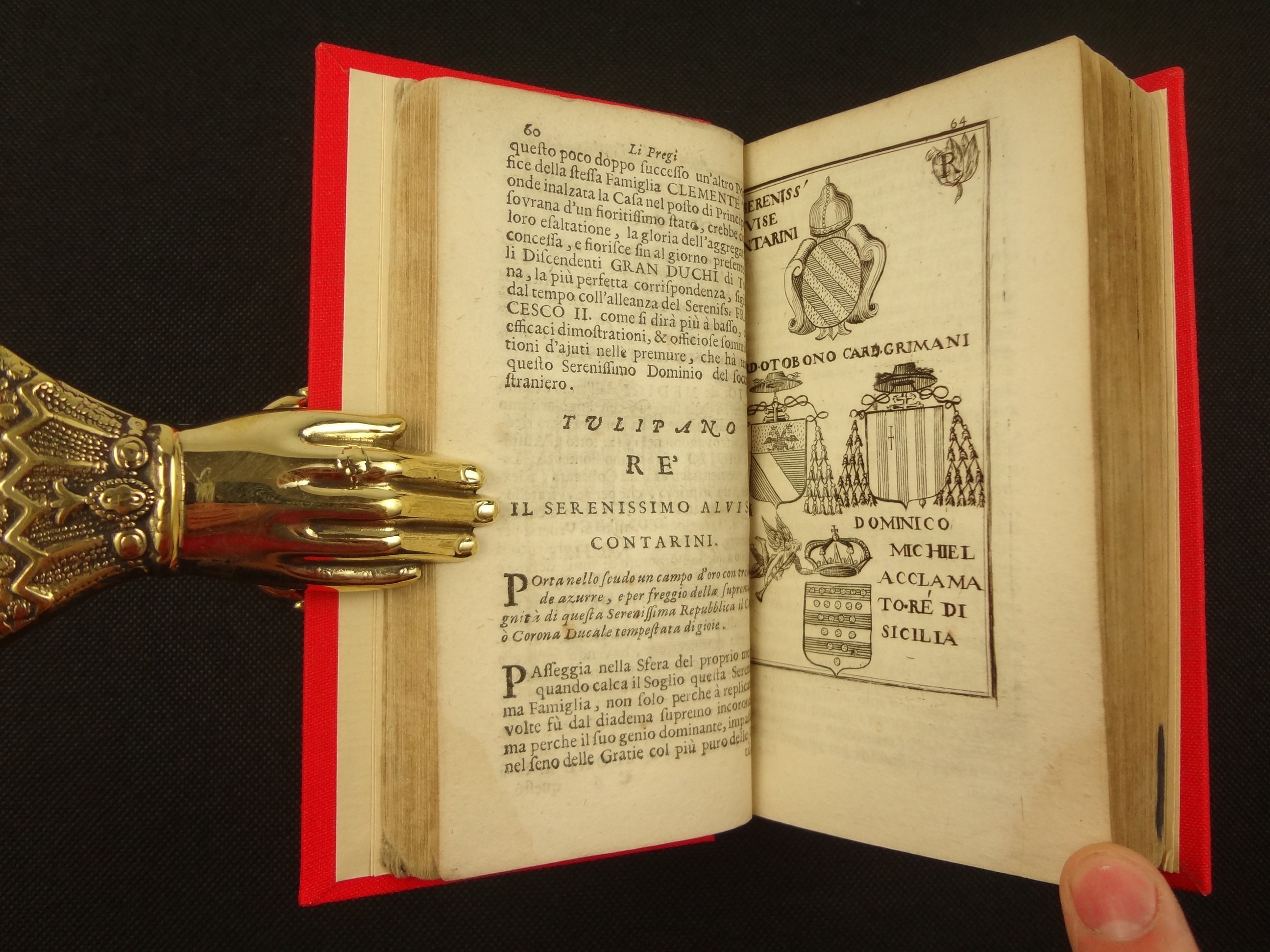 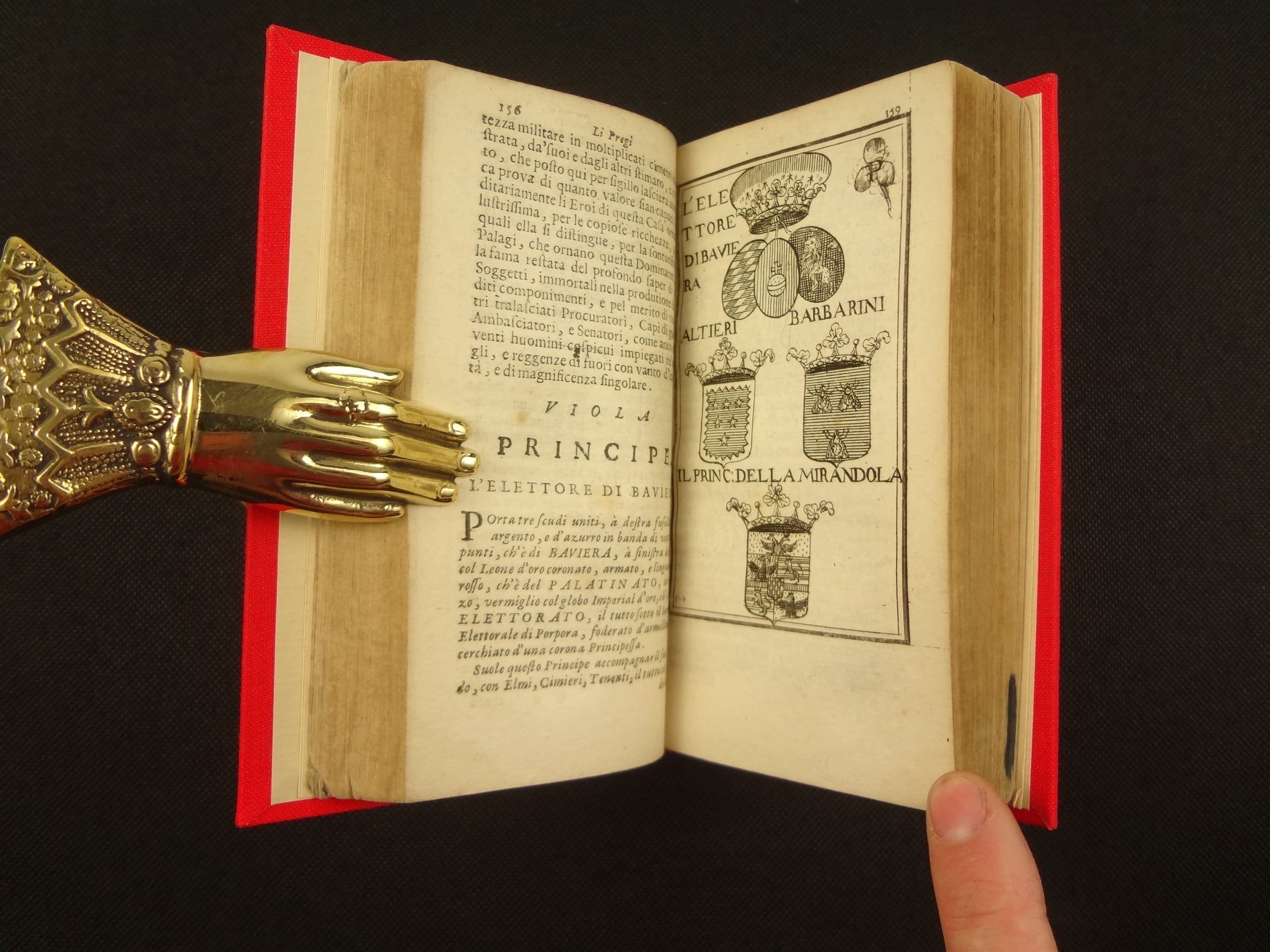 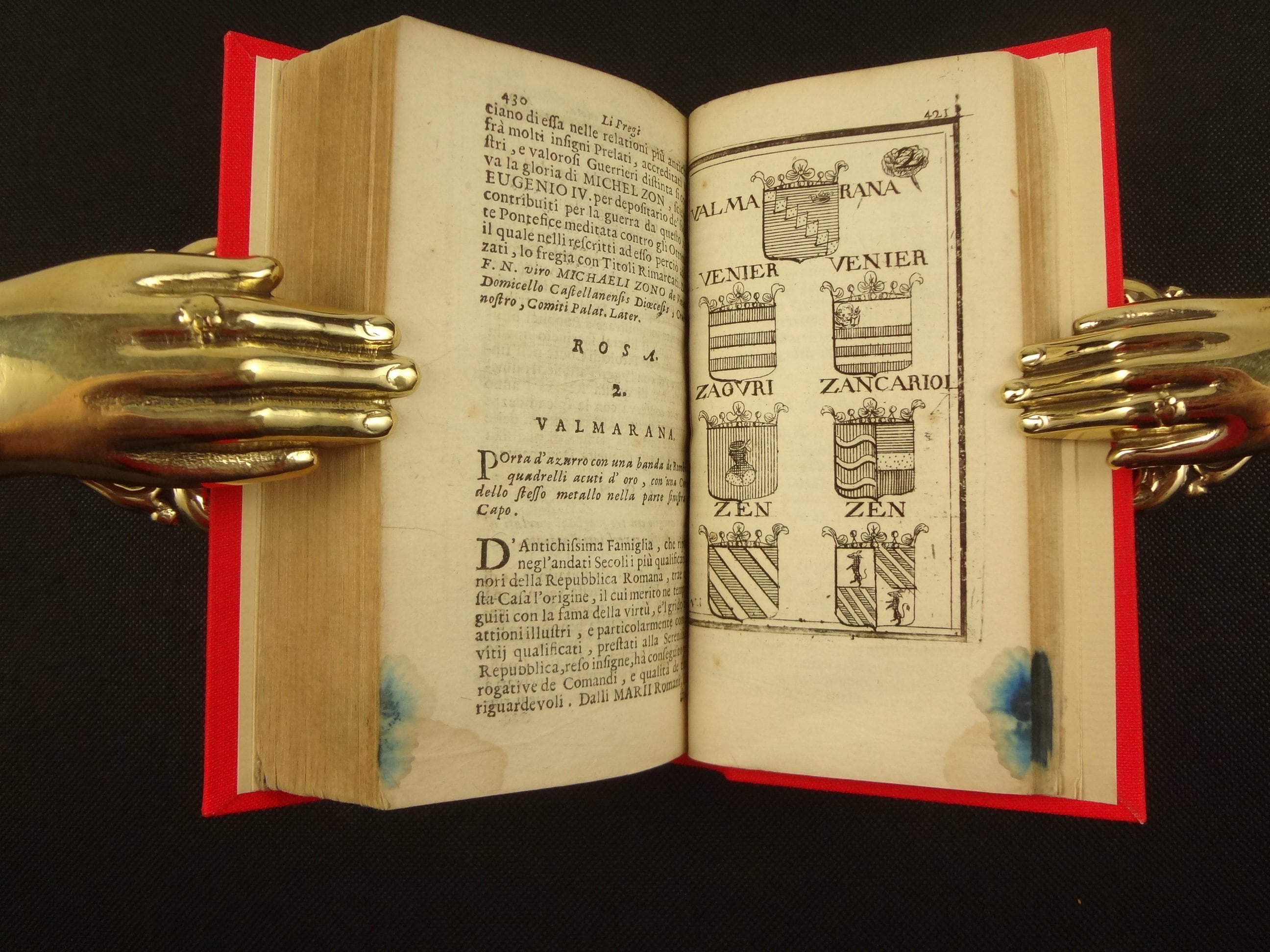 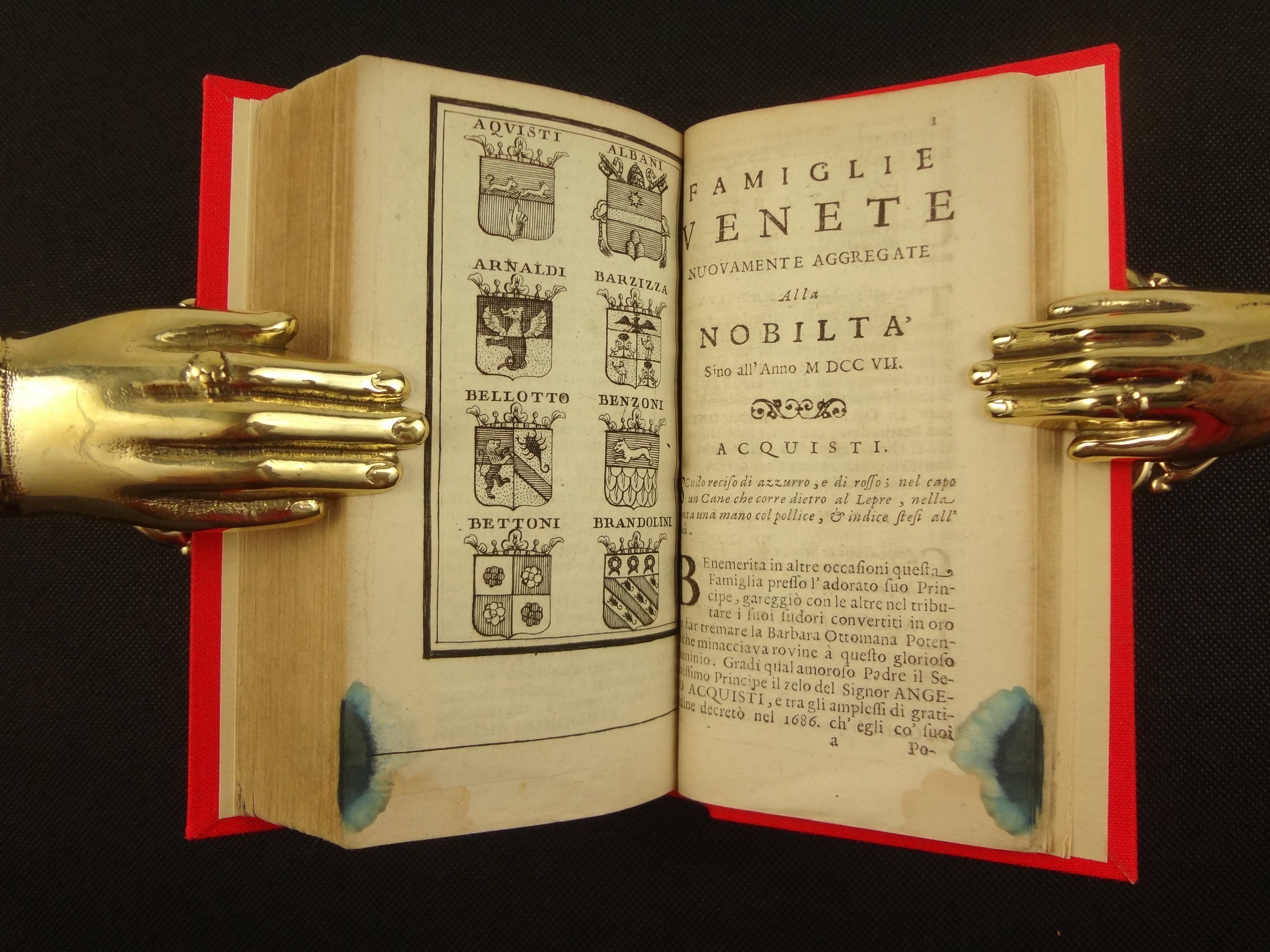 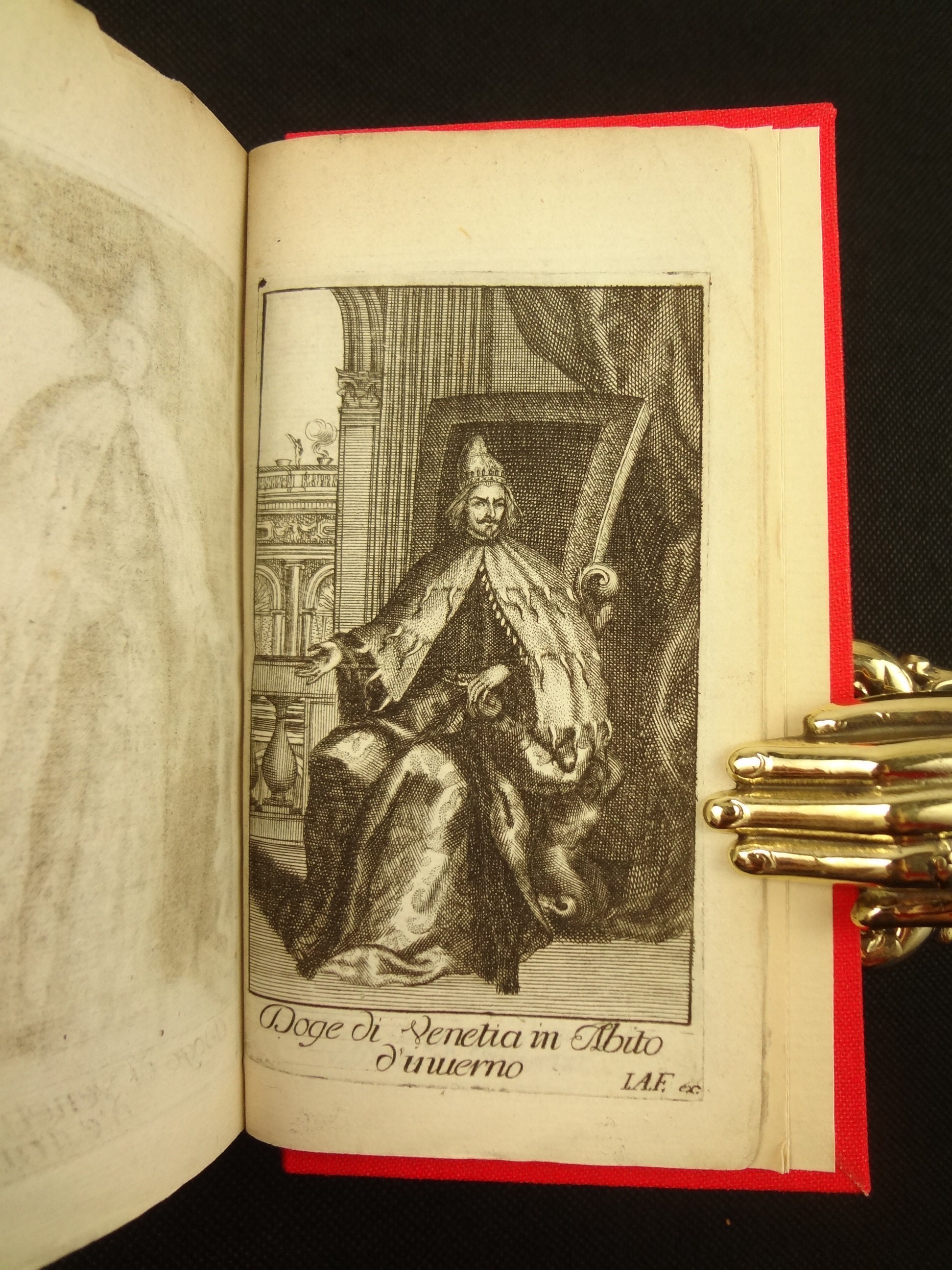 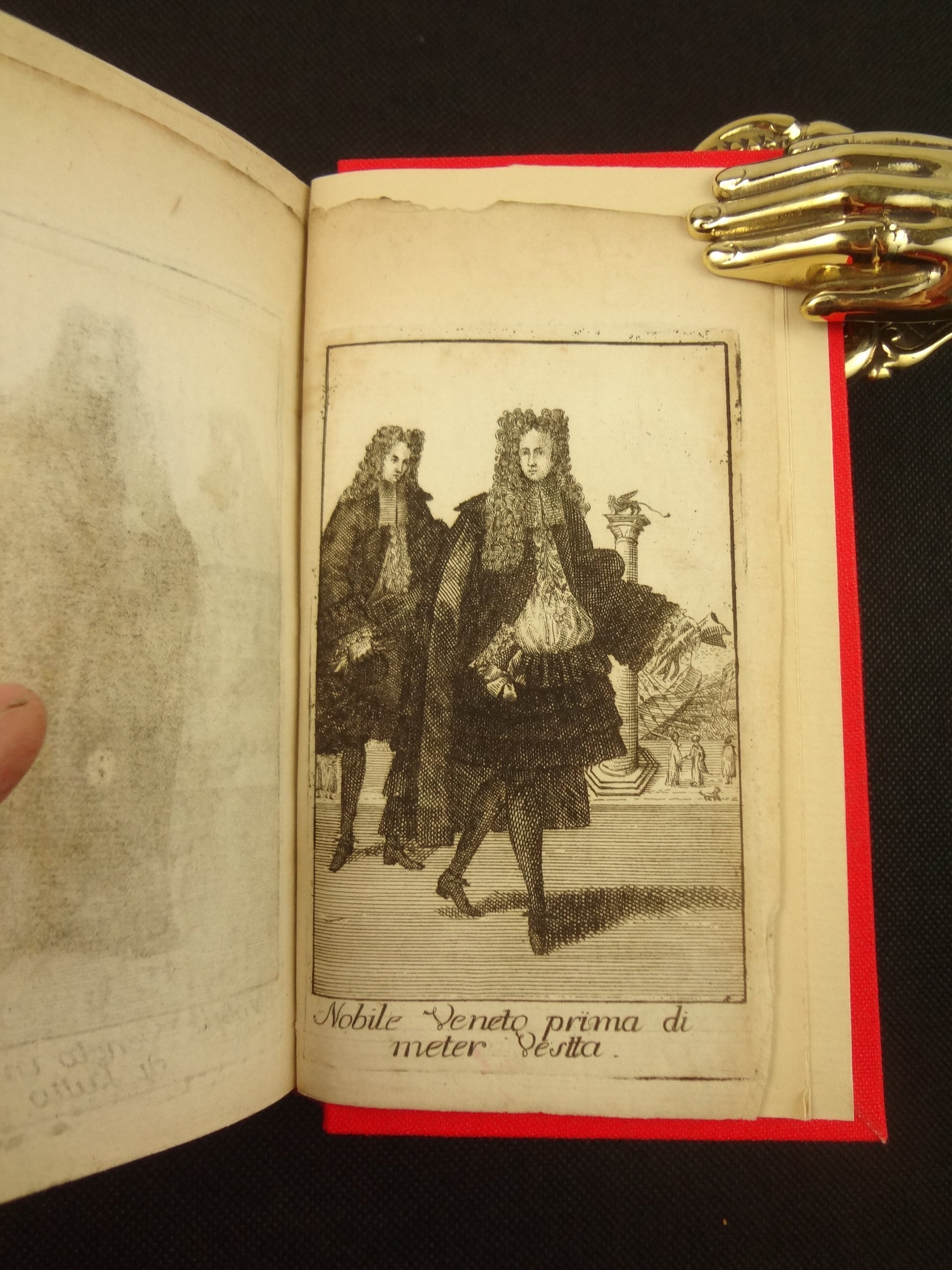 The arms and histories of the families of Venice, printed with fifty-two plates to make a set of playing cards, with playing card labelling in the upper right corner of each plate.

First published in 1682, this is the second edition, printed in 1707, which (at the rear) includes an appendage of families added since the first edition. Also, at the rear, are eleven (of twelve) plates, which I've seen described as postcards of important people in Venice in their costume (includes the Doge, etc.).

Unfortunately this copy lacks the 1/2 title page, and title page, but elsewise I went through the book and counted each page and plate and found it to be complete excepting one add-in plate at the rear. The original work has 52 plates, and one additional non-playing card plate (on the verso of a page). The addendum of 1707 adds an additional six plates. The plates at the rear count eleven, and the British Museum digitally posted copy has one more plate labelled Nobile Veneto in eta Puerile. The copy in the Polish Research Libraries (OCLC 843392056) records 71 plates, and this has 70, also affirming that my copy is only missing the one plate at the rear.

The 1682 edition is found more often, with several on the market and a handful in the world's libraries (per OCLC). Of this second edition, I find one copy in the Polish Library and one in the state library of Berlin (OCLC 960967100). Of the third (later) edition I find one in the British Museum (1896,0501.77), and one at the State Museum of Berlin again, but confusing but with the same OCLC number of the second edition.

“Casimir Freschot (1640? – 1720) was a French historian, chronicler and translator. He was the author of about fifty works, both in French, Italian and Latin on various historical and contemporary subjects, the most notable being Li pregi della Nobiltà Veneta abbozzati in un giuoco d'arme, published in Venice in 1682.” – IDREF.FR

1/2 title and title missing. I collated the rest of the book and it is complete, excluding one Venetian postcard at the rear; 70 of 71 plates, all 52 playing cards present.