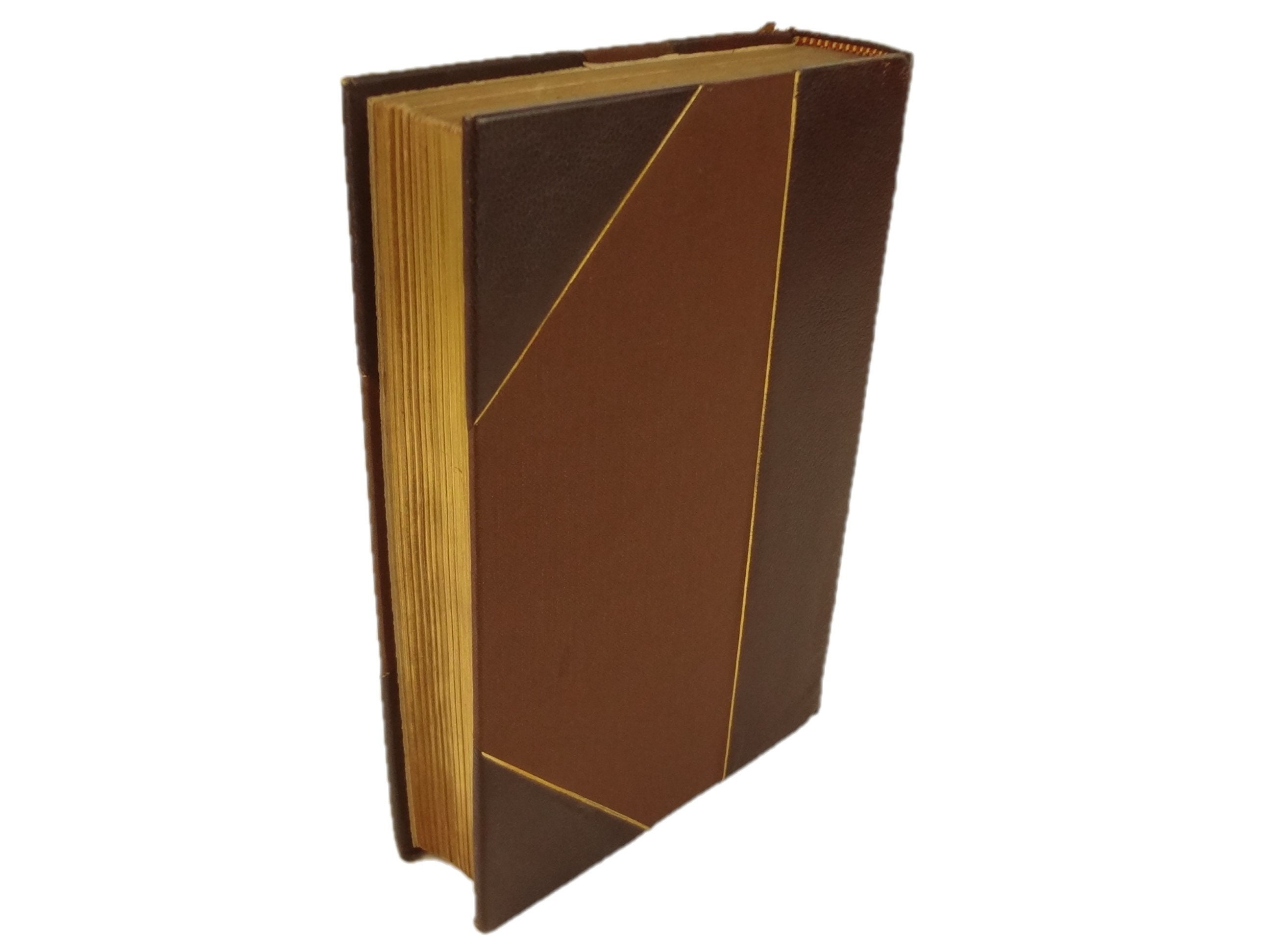 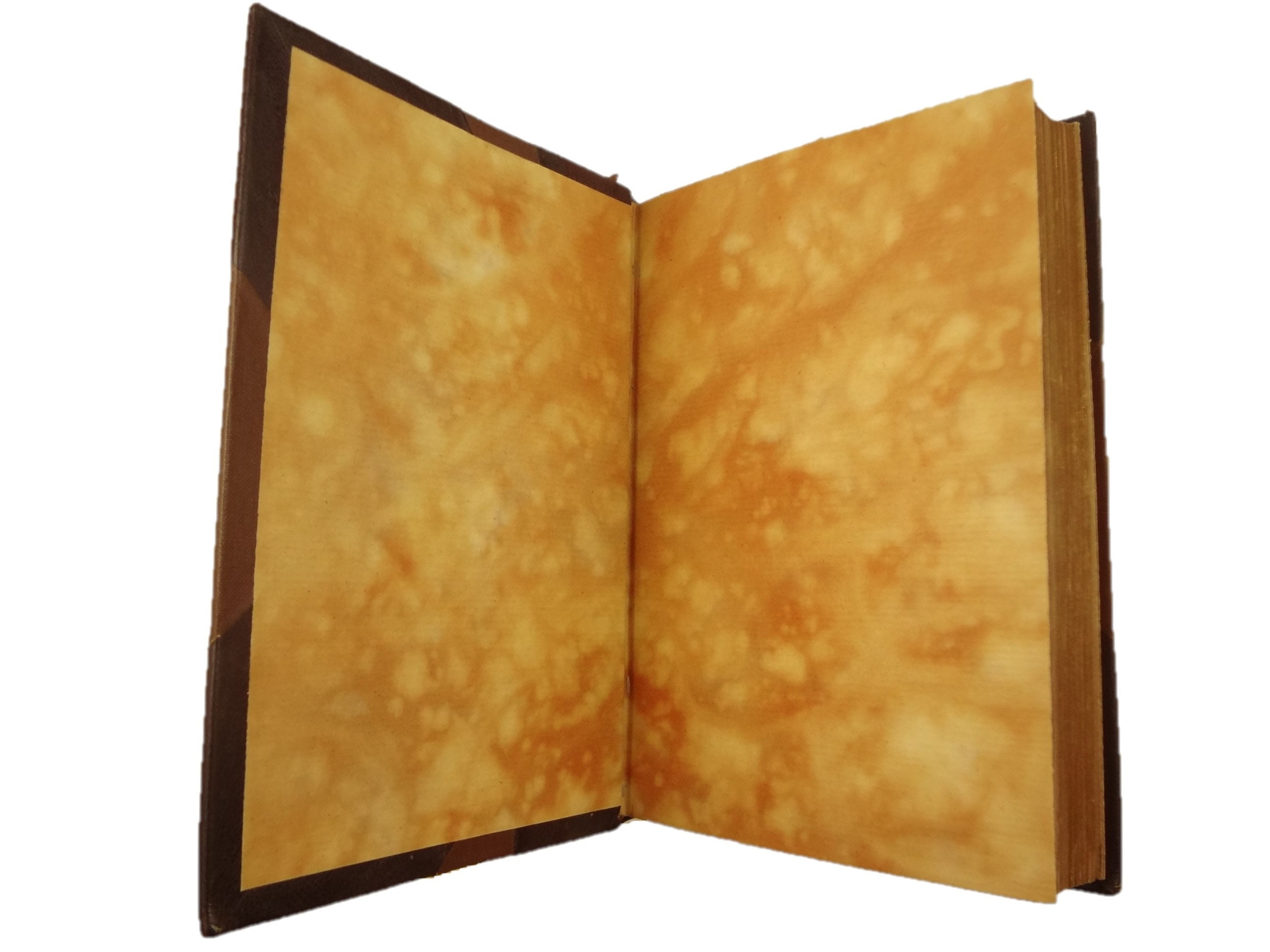 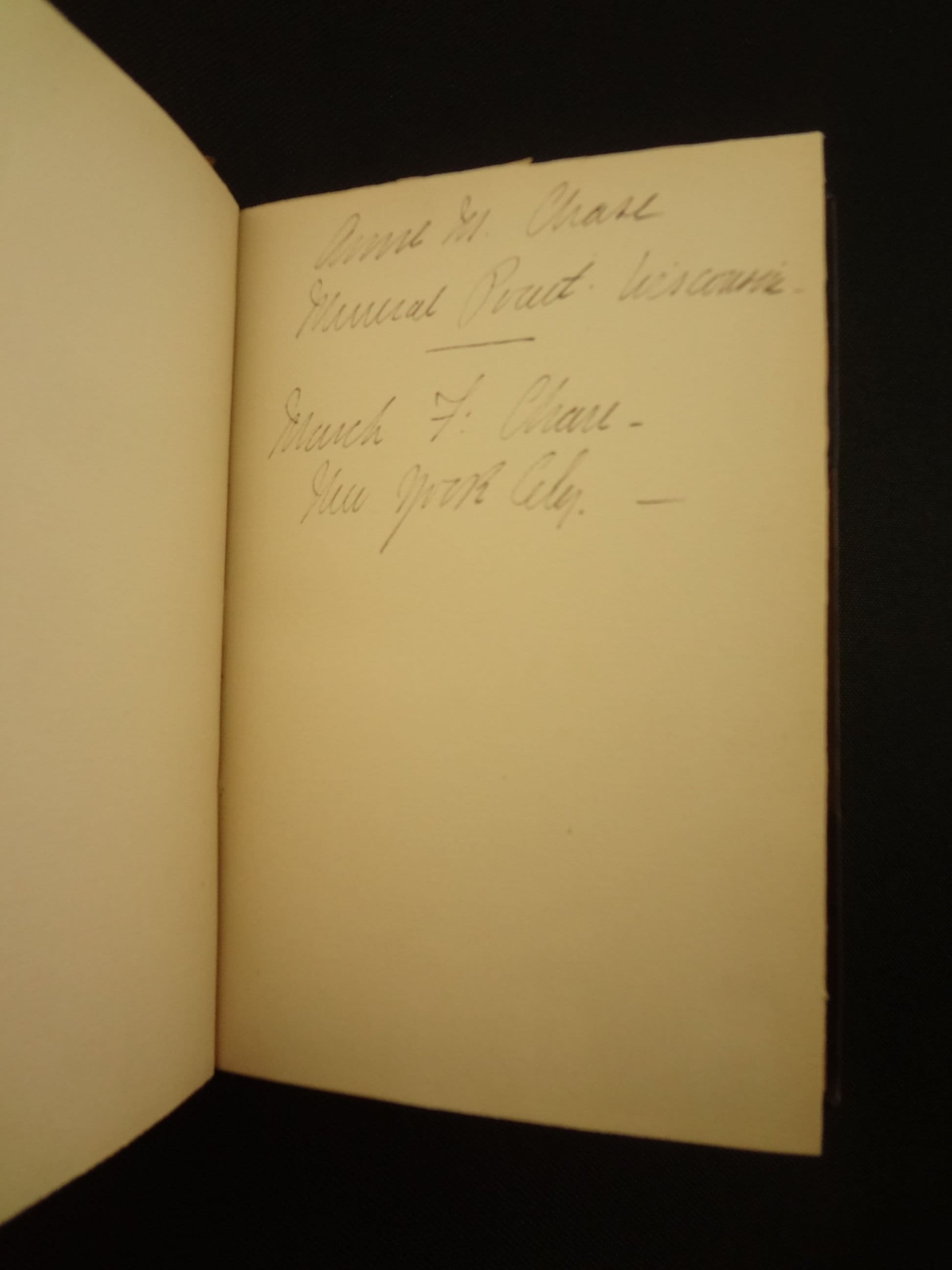 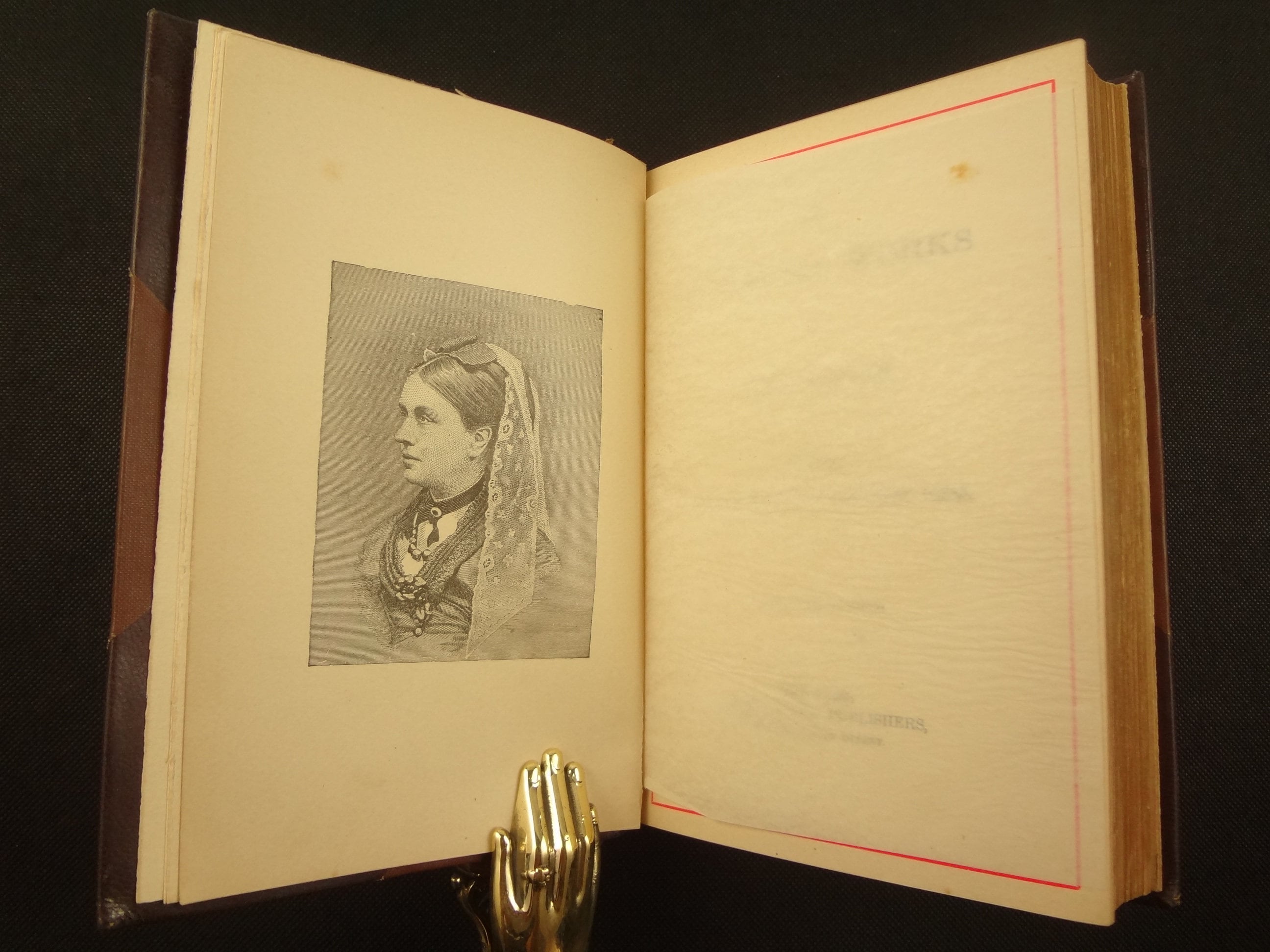 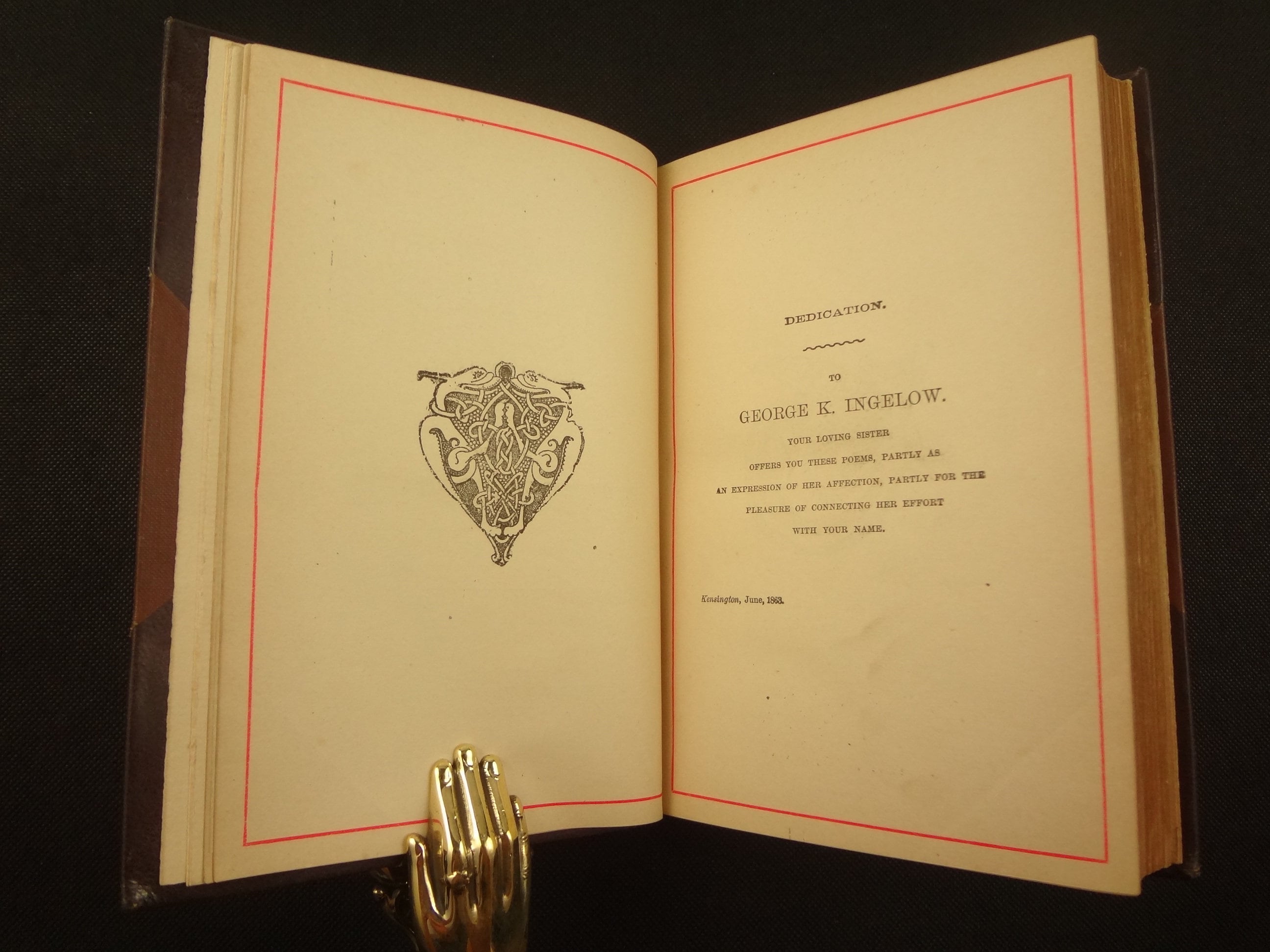 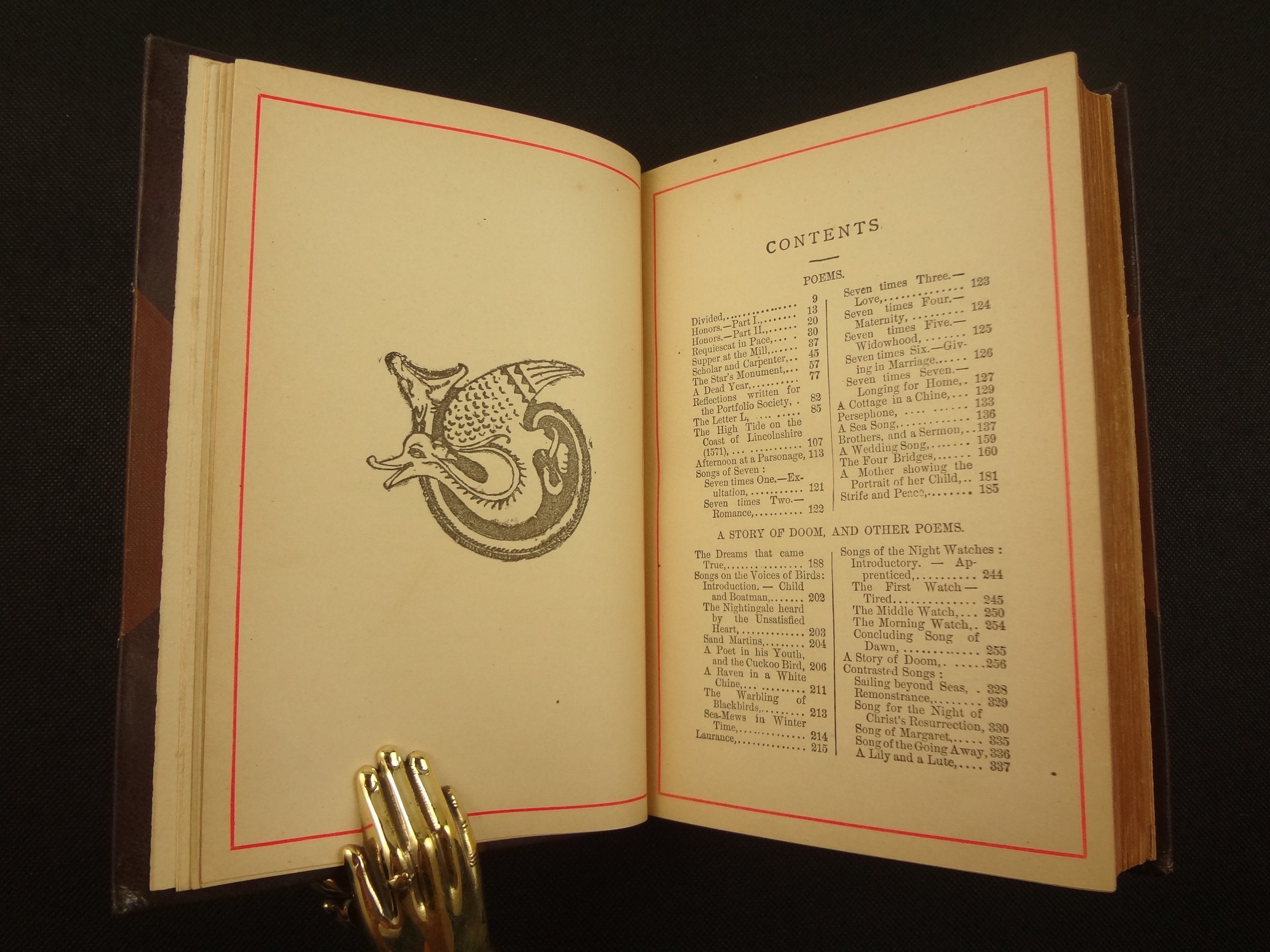 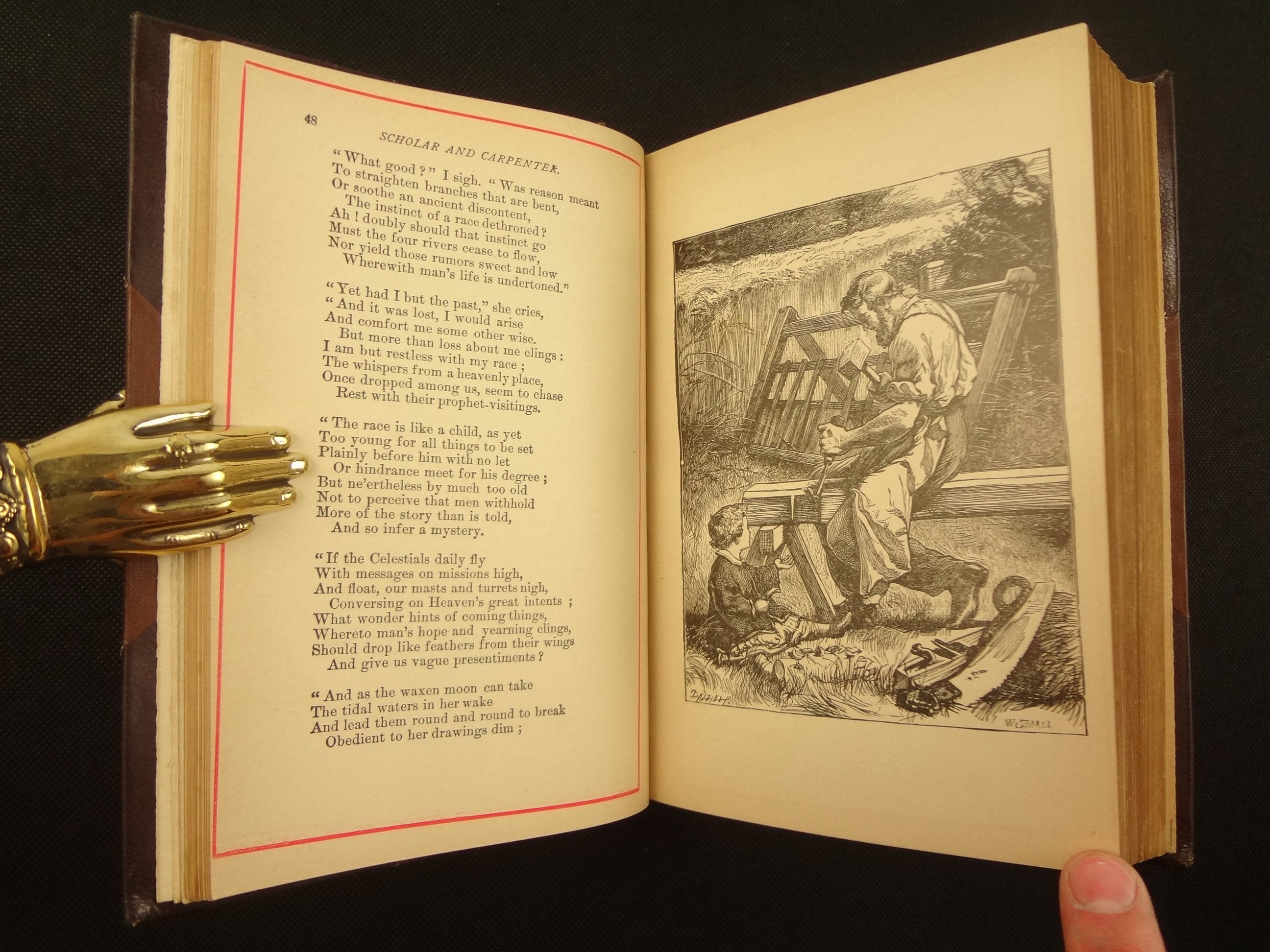 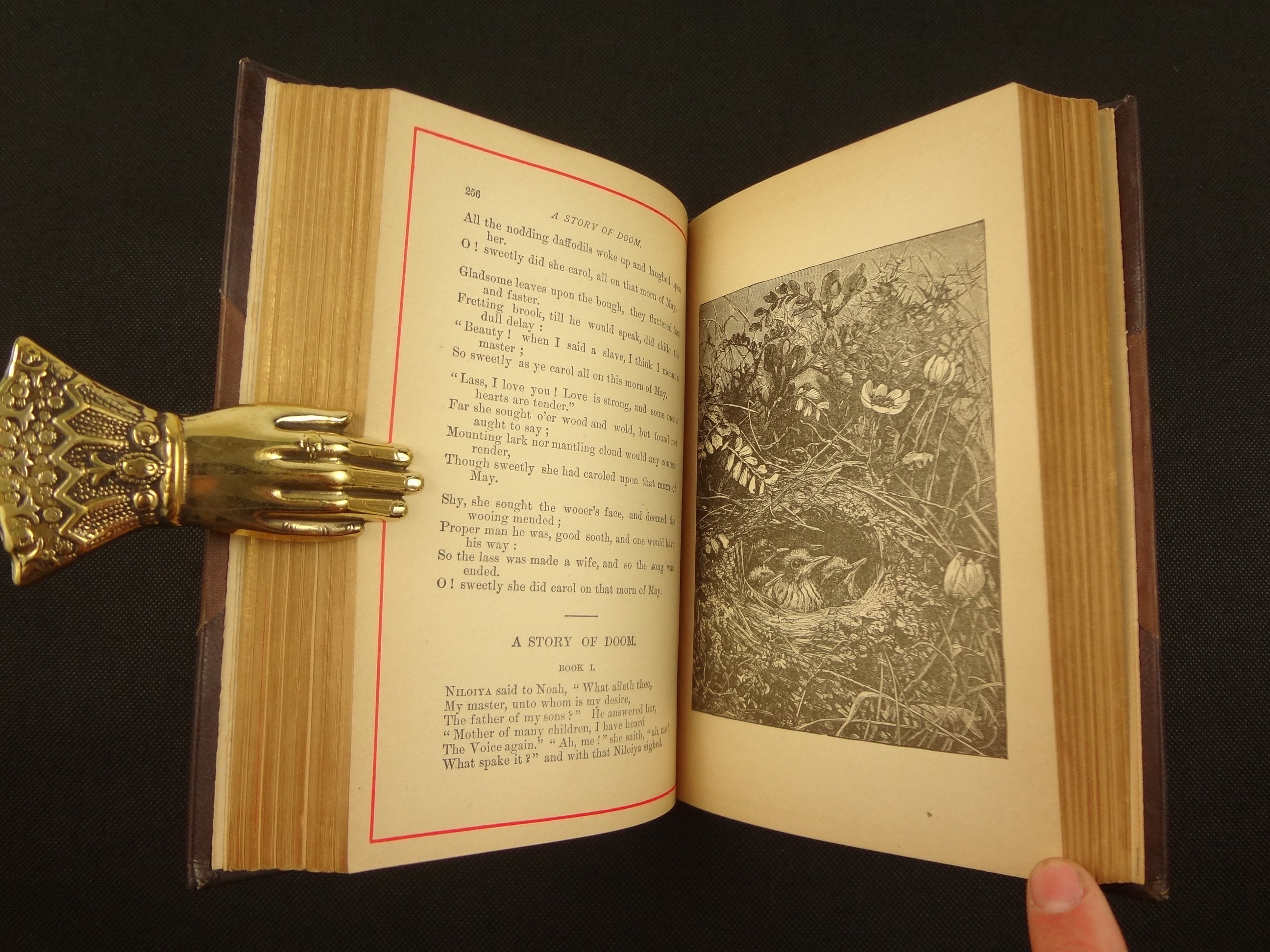 circa 1895, The Poetical Works of Jean Ingelow. Illustrated. Attractive binding.

A well-bound, and well-kept, late 19th century Poetical Works of Jean Ingelow. This an attractive book, with a nice binding, all-edges-gilt (AEG), and illustrated. No copyright date, but this work was popular just before the turn of the century.

Ingelow's poems were frequently popular successes. "Sailing beyond Seas" and "When Sparrows build in Supper at the Mill" were among the most popular songs of the day. Her best-known poems include "The High Tide on the Coast of Lincolnshire, 1571" and "Divided".

Many, particularly her contemporaries, have defended her work. Gerald Massey described The High Tide on the Coast of Lincolnshire as "a poem full of power and tenderness" and Susan Coolidge remarked in a preface to an anthology of Ingelow's poems, "She stood amid the morning dew/And sang her earliest measure sweet/Sang as the lark sings, speeding fair/to touch and taste the purer air." "Sailing beyond Seas" (or "The Dove on the Mast") was a favourite poem of Agatha Christie, who quoted it in two novels, The Moving Finger and Ordeal by Innocence.

Yet the wider literary world largely dismissed her. The Cambridge History of English and American Literature, for example, wrote: "If we had nothing of Jean Ingelow’s but the most remarkable poem entitled Divided, it would be permissible to suppose the loss [of her], in fact or in might-have-been, of a poetess of almost the highest rank.... Jean Ingelow wrote some other good things, but nothing at all equalling this; while she also wrote too much and too long." Some of this criticism has overtones of dismissing her as a female writer: "Unless a man is an extraordinary coxcomb, a person of private means, or both, he seldom has the time and opportunity of committing, or the wish to commit, bad or indifferent verse for a long series of years; but it is otherwise with woman."