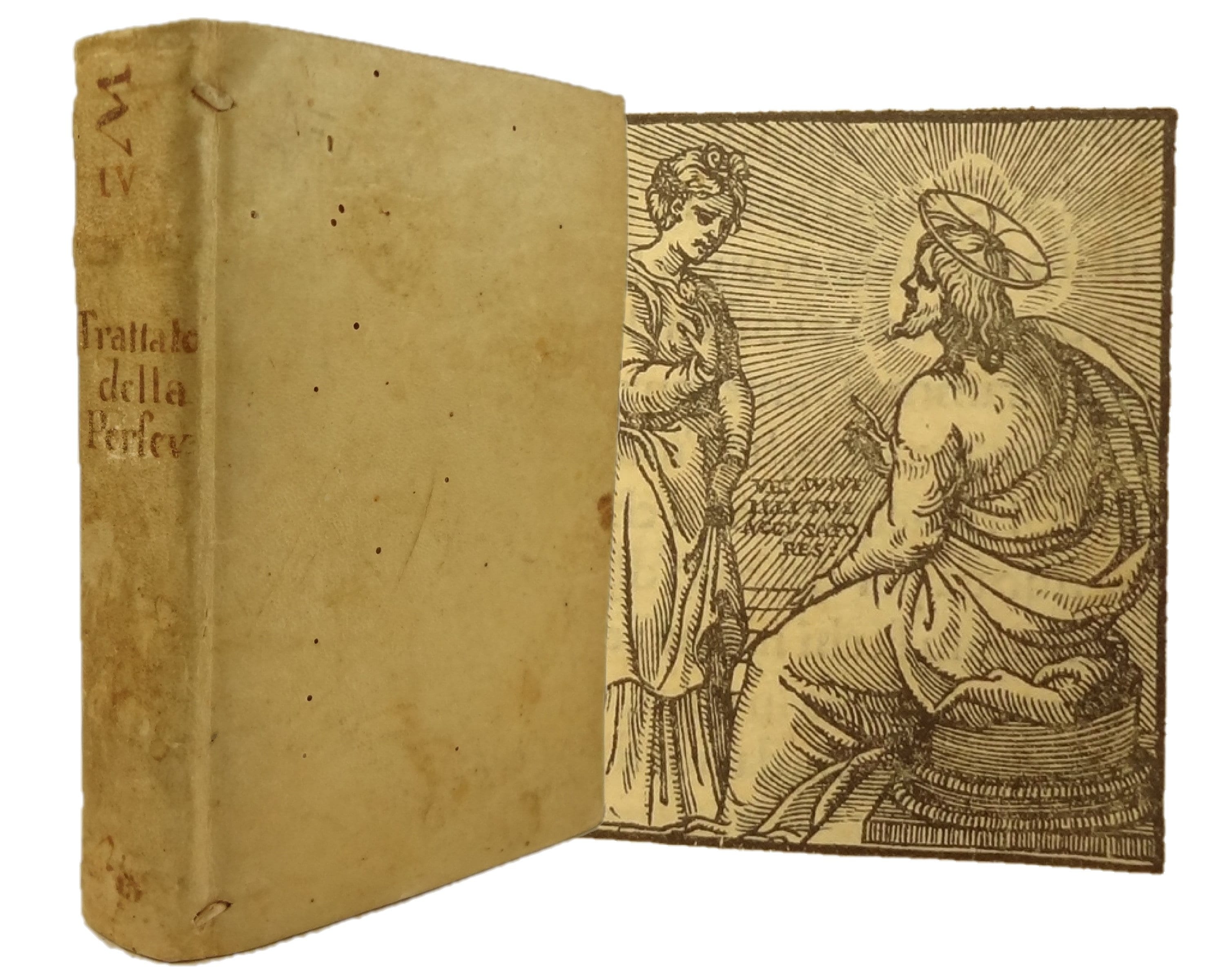 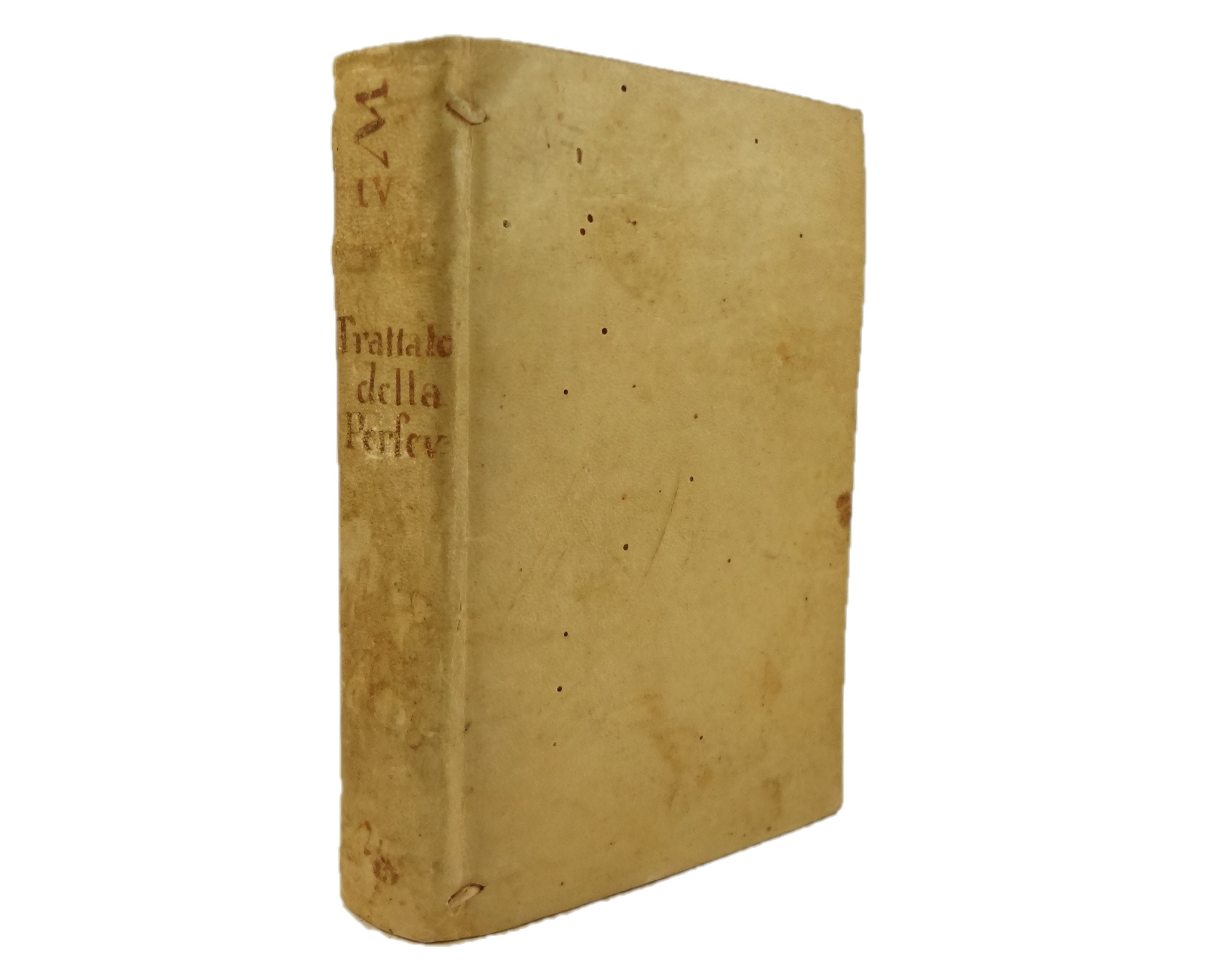 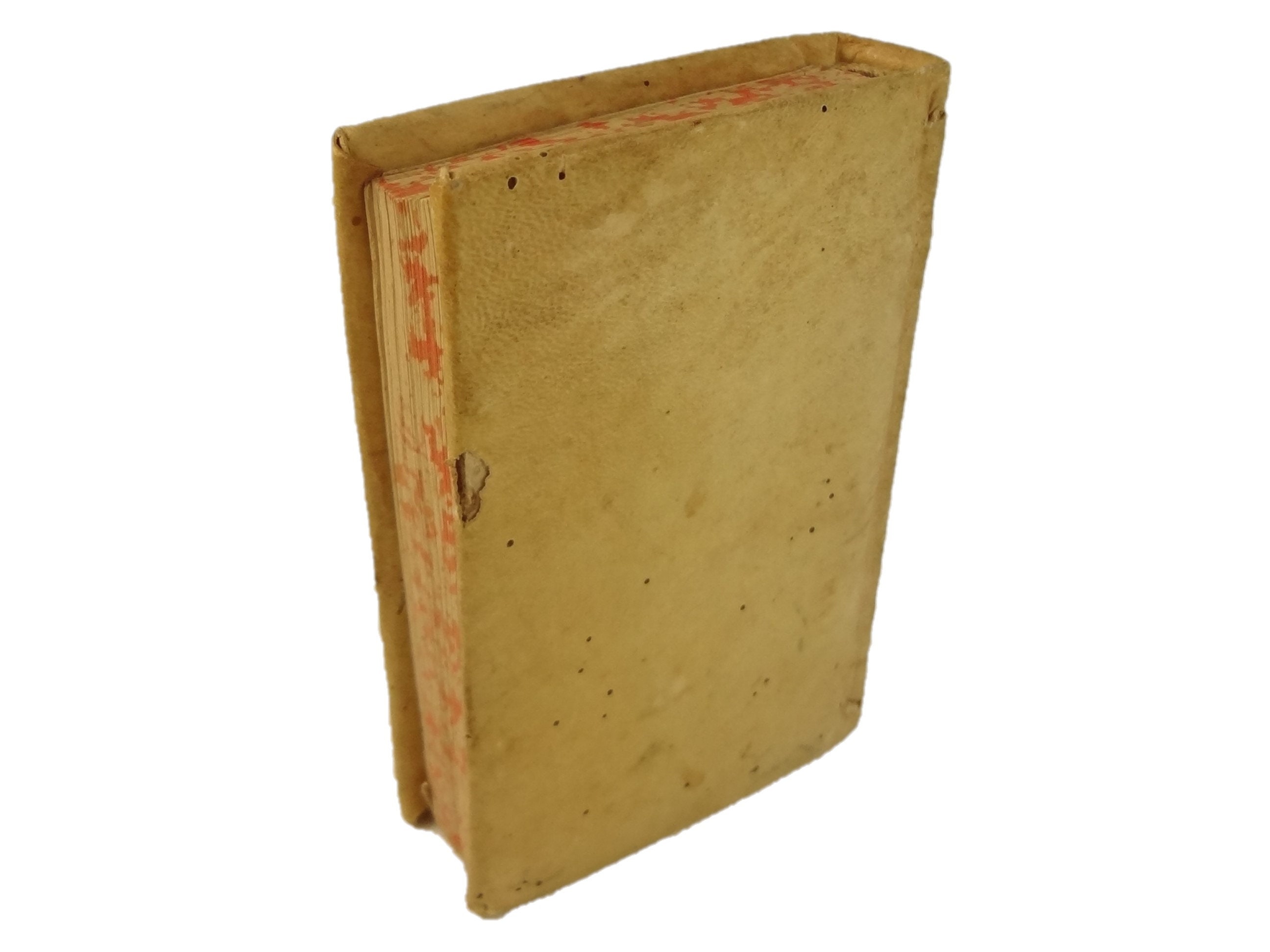 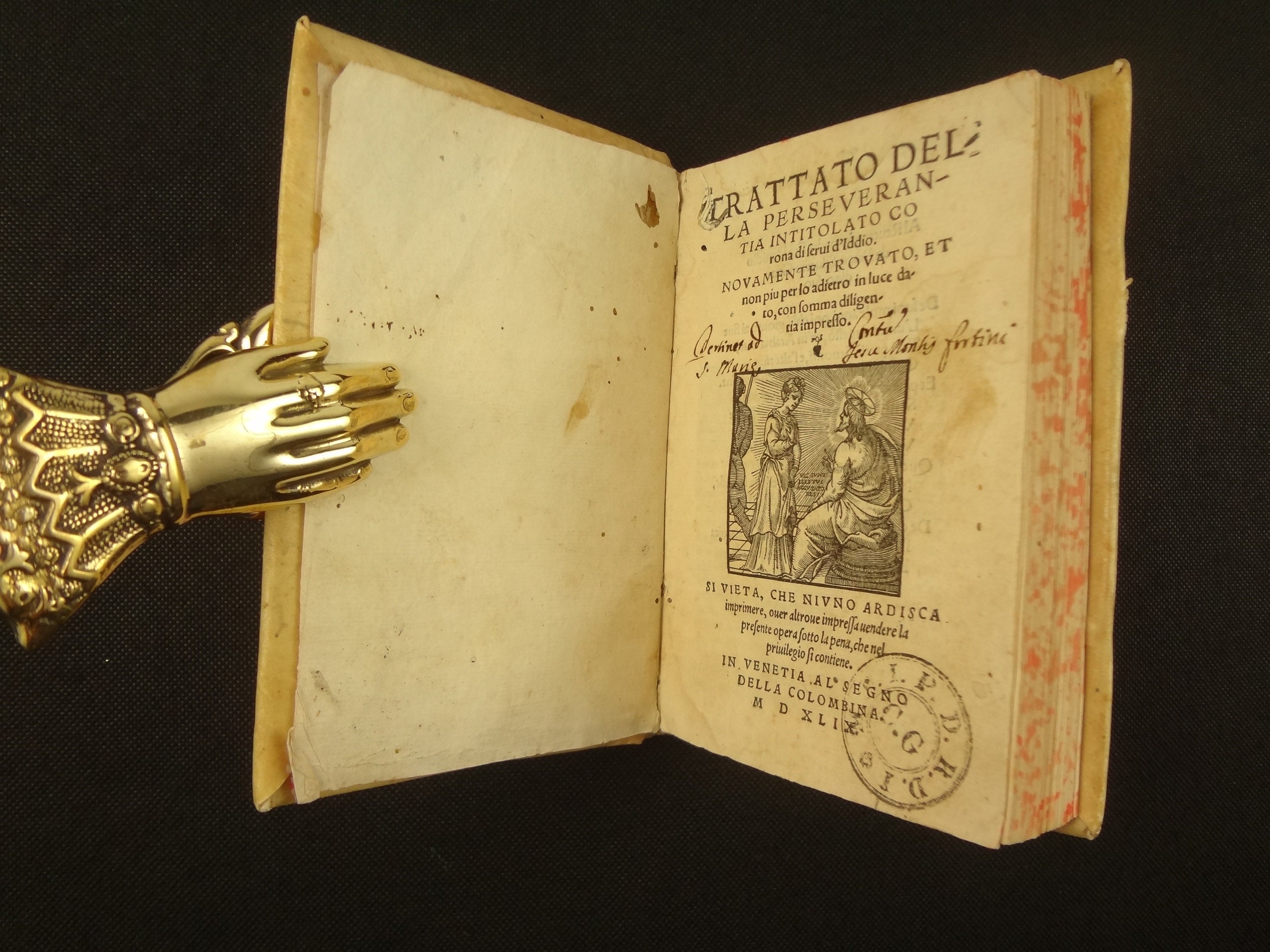 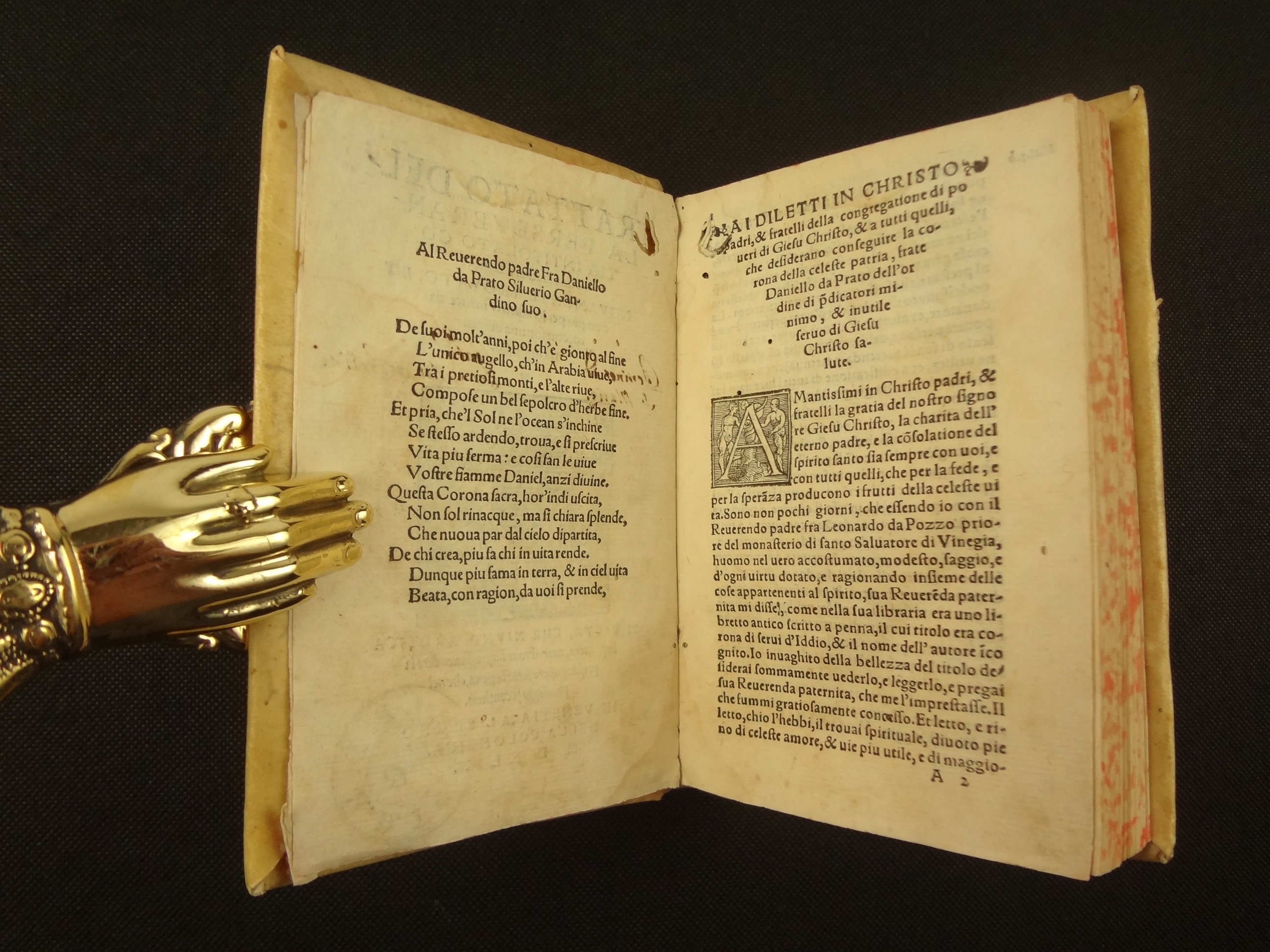 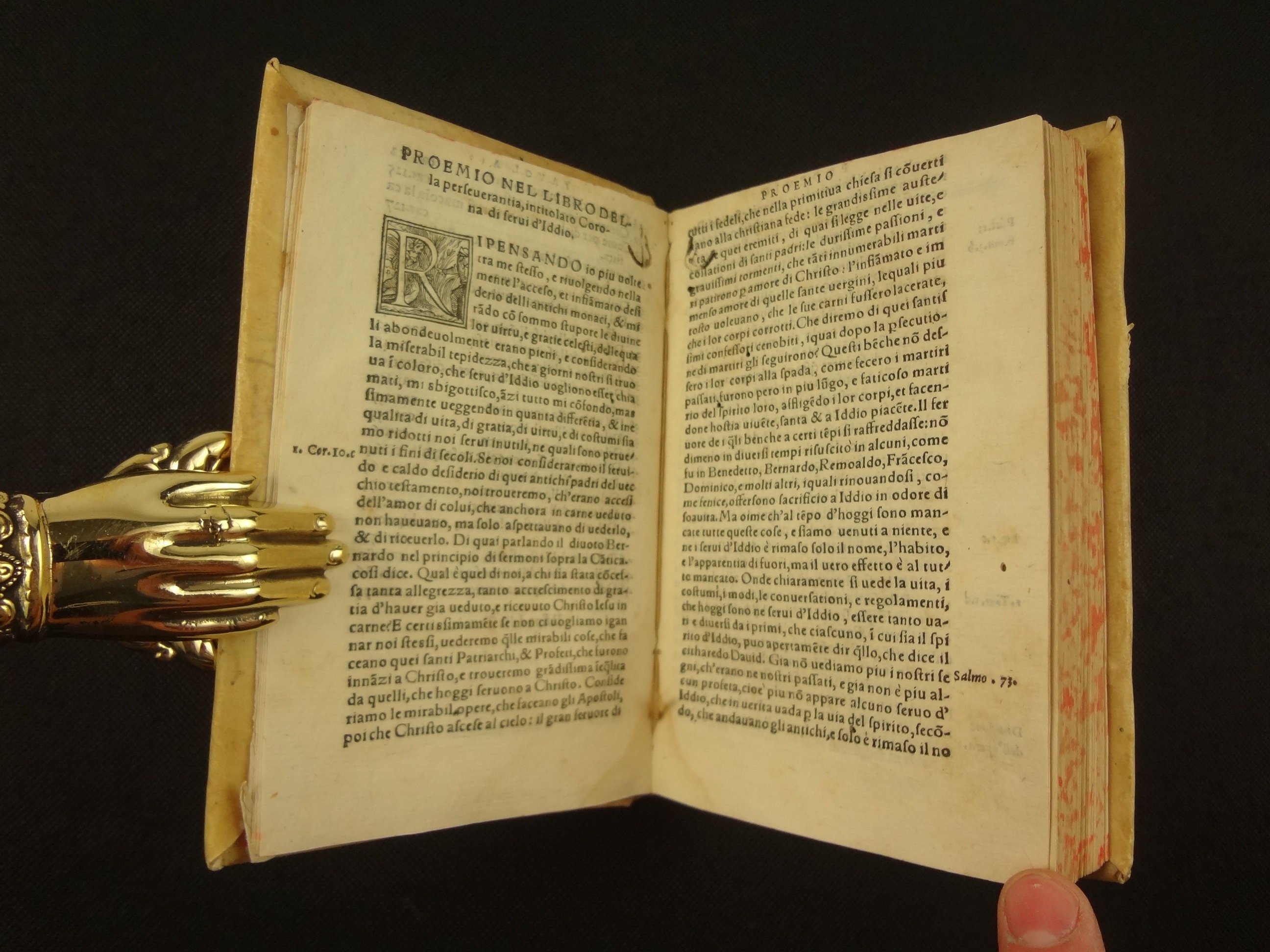 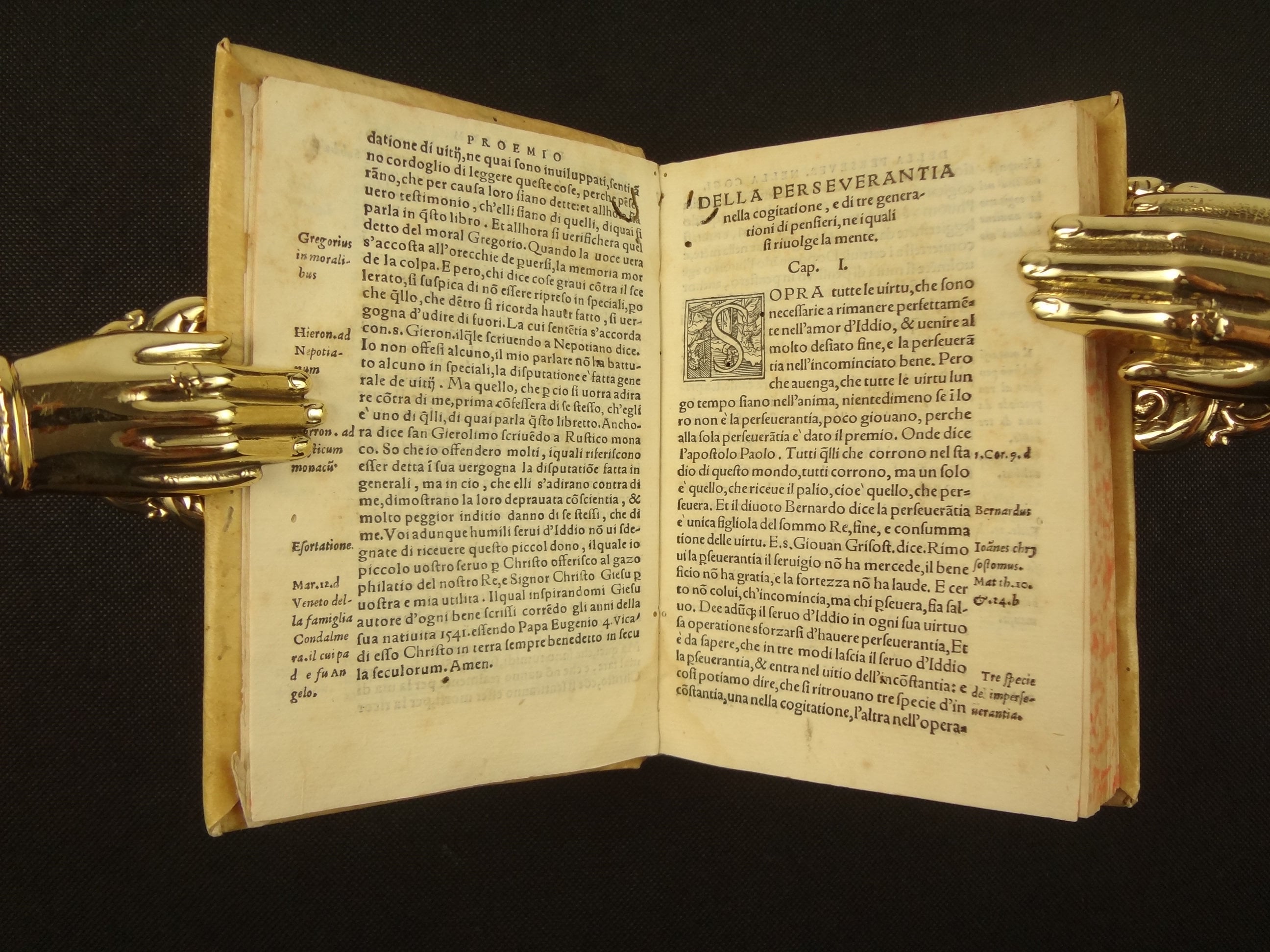 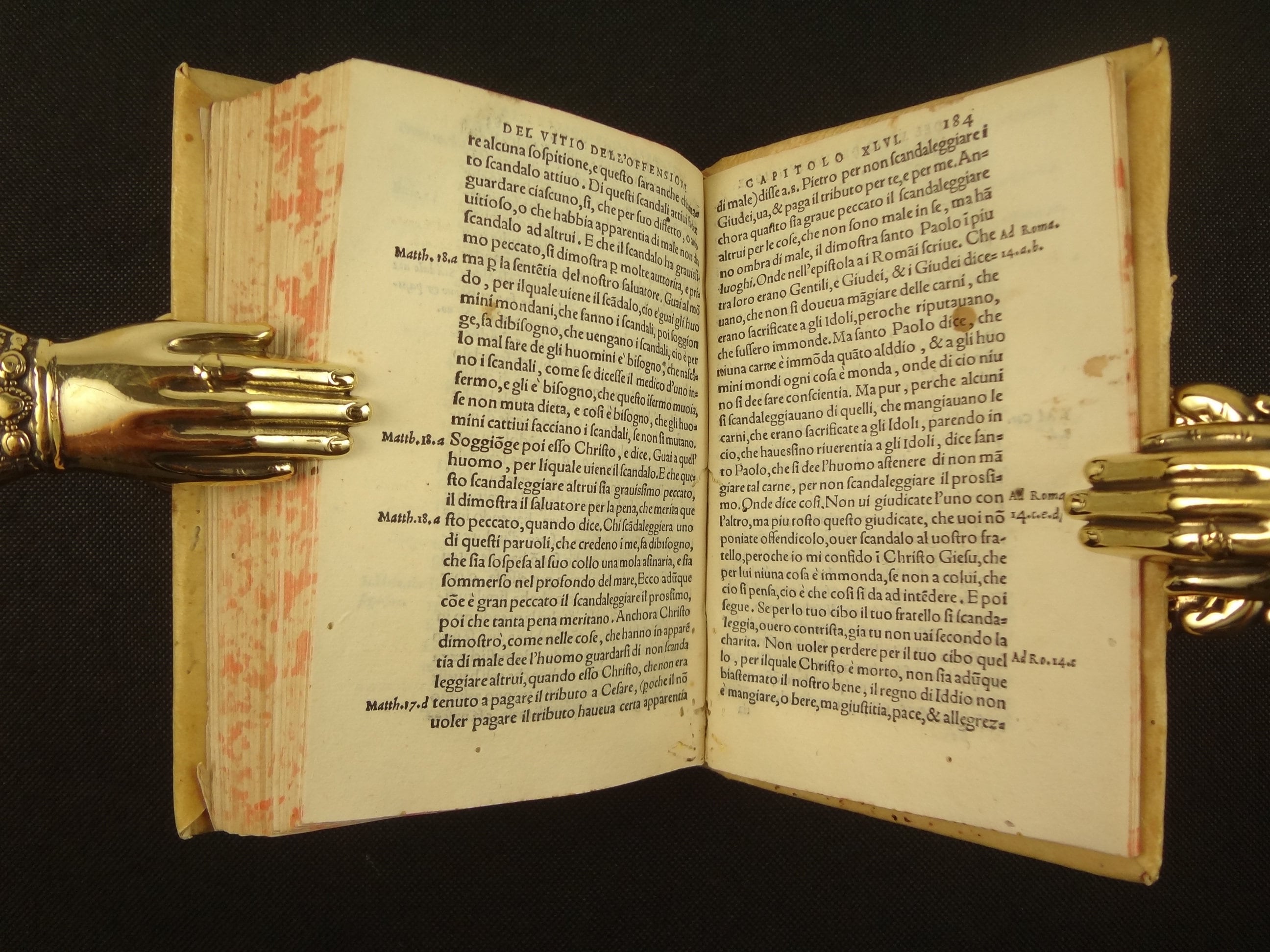 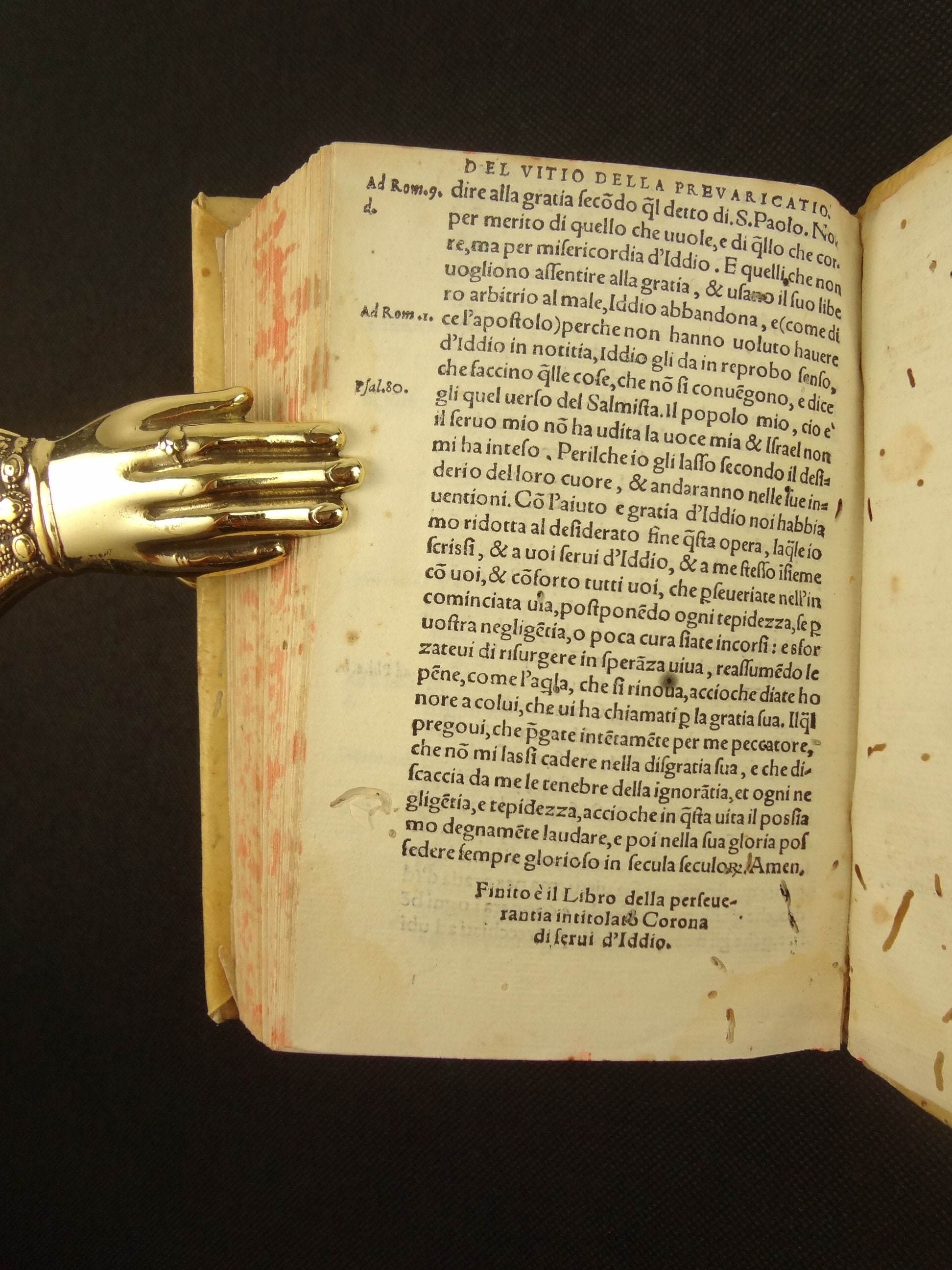 Seditious, the author and printer declined to be attributed on the title page surely due to Catholic persecution in response to the Reformation.

The printer's mark, showing Jesus at the well with the woman, is recorded in only one other work, Il Summario del la Sacra Scrittura which was banned by the Catholic church as heretical; the illustration is here likely used in reference to Jesus saying "Go, and sin no more". An admonition Prato was sure to have shared, in reference to the church.

About the Work and Author -

Daniele da Prato was a Dominican Prior, and in this work's preface he decries the 16th century Catholic church for keeping only the "names, deeds, habits and exterior ceremonies" of the faithful, and makes the case that monasteries had only become finishing schools for the elite with little (to no) regard for spiritual development.

The text of the work is described as:

Vernacular devotional and moral text, dealing with perseverance or steadfastness in its devotional and psychological aspects. Topics include perseverance in thought and in religious vocation. Daniele contrasts this with its opposite, discussing men who frequently change their callings. Leaves 47-55 discuss the diversity of religions, beginning with the Jews. Throughout there is extensive commentary on the religious life, both cloistered and clerical, and of the dedication it requires. More than half of the text is an analysis of vices such as "scientia vitiosa," "somnolentia," "distrattione," "simolatione over hipocrisia," and "ambitione." Sexual matters such as "pollutione notturna" and "castita" are also examined. - UCLA Library catalog description

Only two editions were printed. Of both editions, the Universal Short Title Catalogue, and OCLC, record just nine copies in the world's libraries outside Italy (three in Germany, one in Spain, The Bodleian, UCLA, University of Notre Dame (UND), University of Dayton (UD) Ohio, and one in Switzerland).

The first edition had a different title page, without the illustration of Jesus at the well.

Of the second edition, only four are recorded outside Italy (two in Germany, the UND, and the UD).

More copies are found in Italy.

See pictures. Although it has some worming, the binding and paper are still bright and dust-free (likely kept in a closed bookcase). Binding with some worming, and one chip at rear board fore-edge (approx. 2 cm.). Spine with some darkening/soiling.

Some worming throughout (see pictures), occasionally touching text. Occasional light foxing. "M IV' in ink on pastedown, has ghosted flyleaf. Flyleaf with a thumb and remainder at corner. Title page has ex libris inscriptions in ink, and stamp at bottom, over printer's location. A moisture mark on title page, which bled through to several pages behind. Occasional crease mark. Brown ink spots on 183-185.